A covered outdoor deck is a functional and affordable way to add additional living space to your home. Bourne Blue Architects have incorporated a roofed deck as part of their renovation to this Newcastle home. The deck unites two separate living spaces and connects the home to the garden in a single gesture... 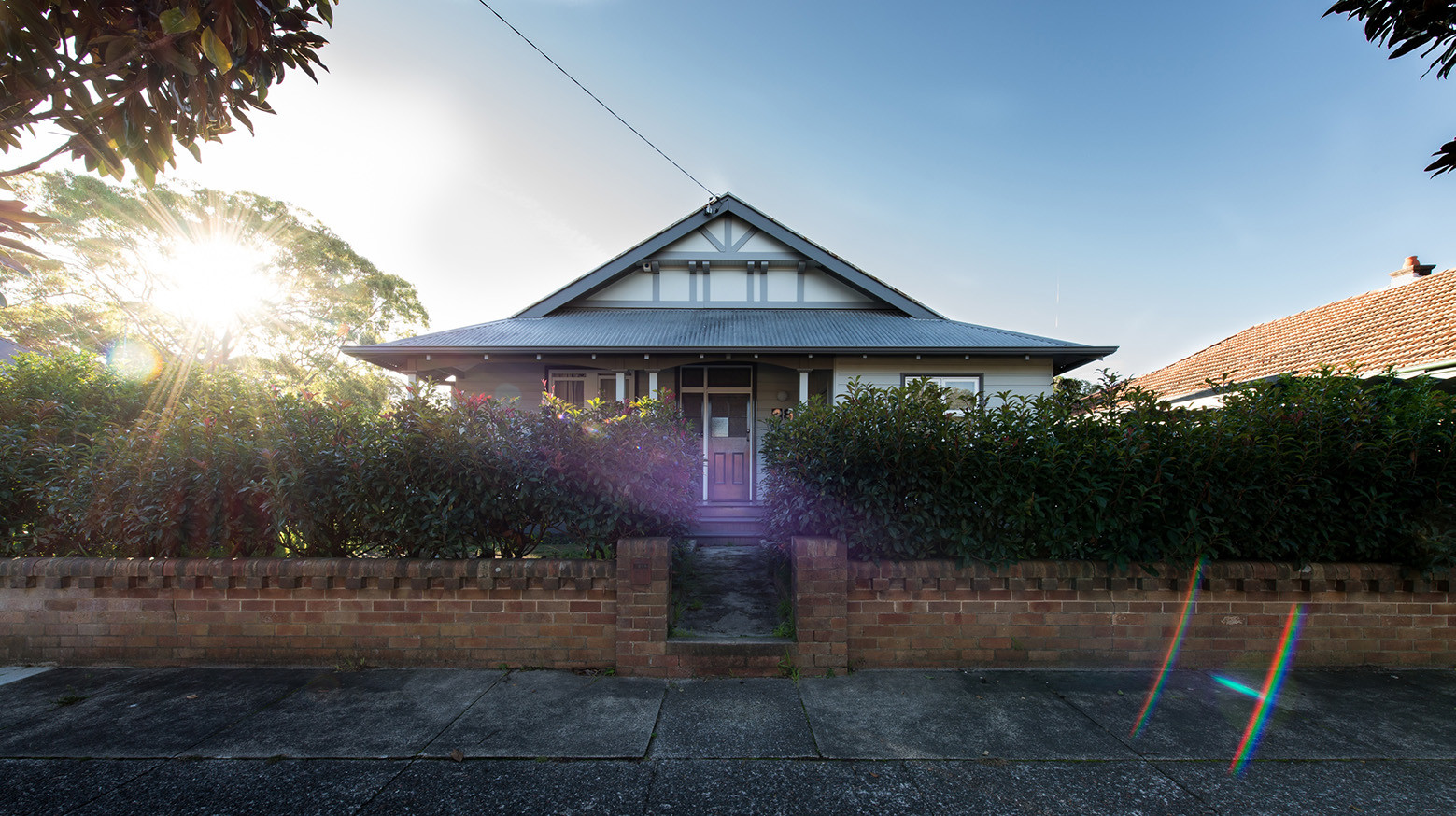 In the Newcastle's heritage suburb of Hamilton, a small cottage sat on a large, suburban block. With an unsympathetic addition and terrible connection to the sunny rear garden, the owners (a professional couple with three teenage sons) knew they needed to do something. They also needed more space; their sons weren't the only ones experiencing growing pains. 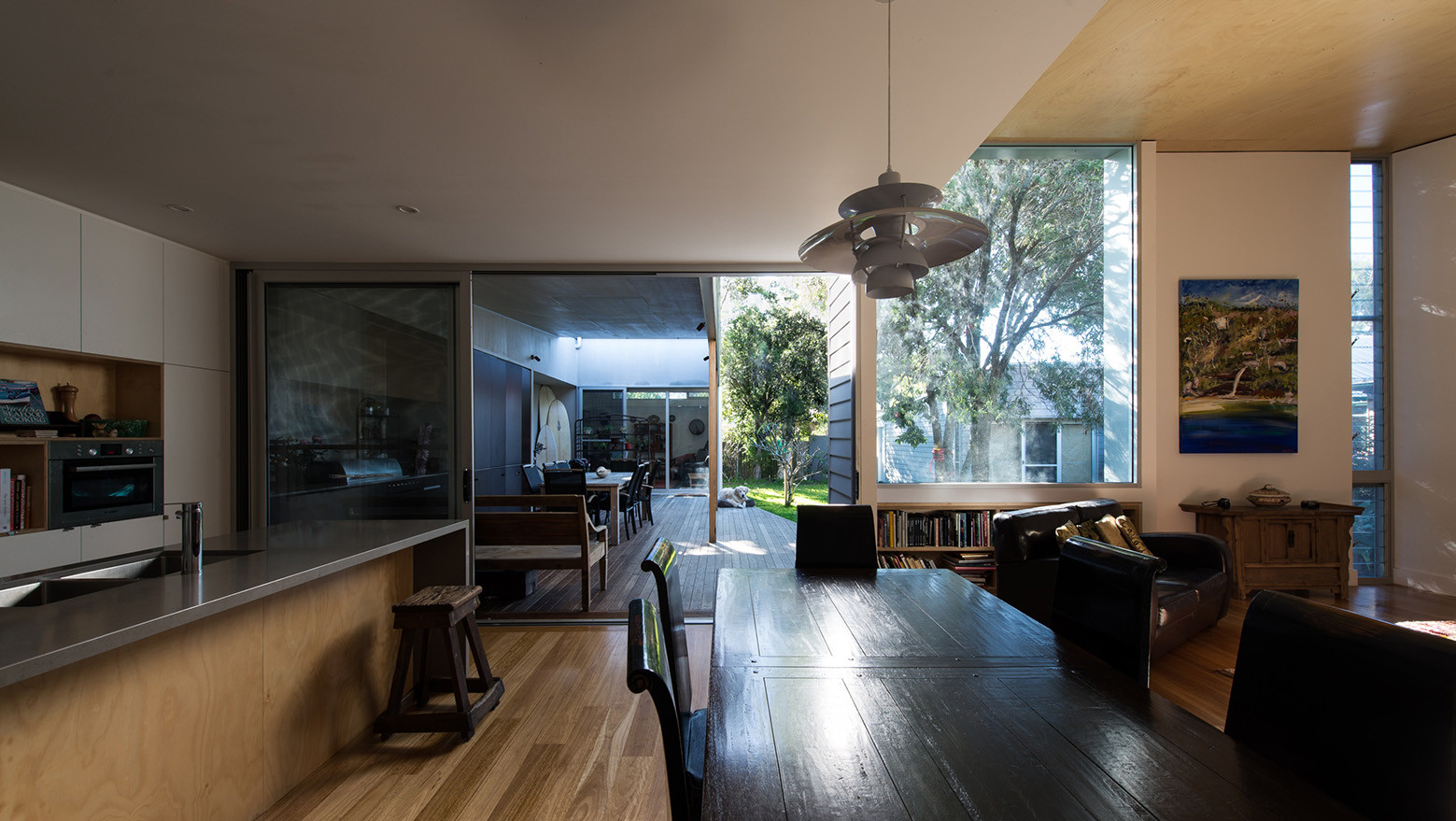 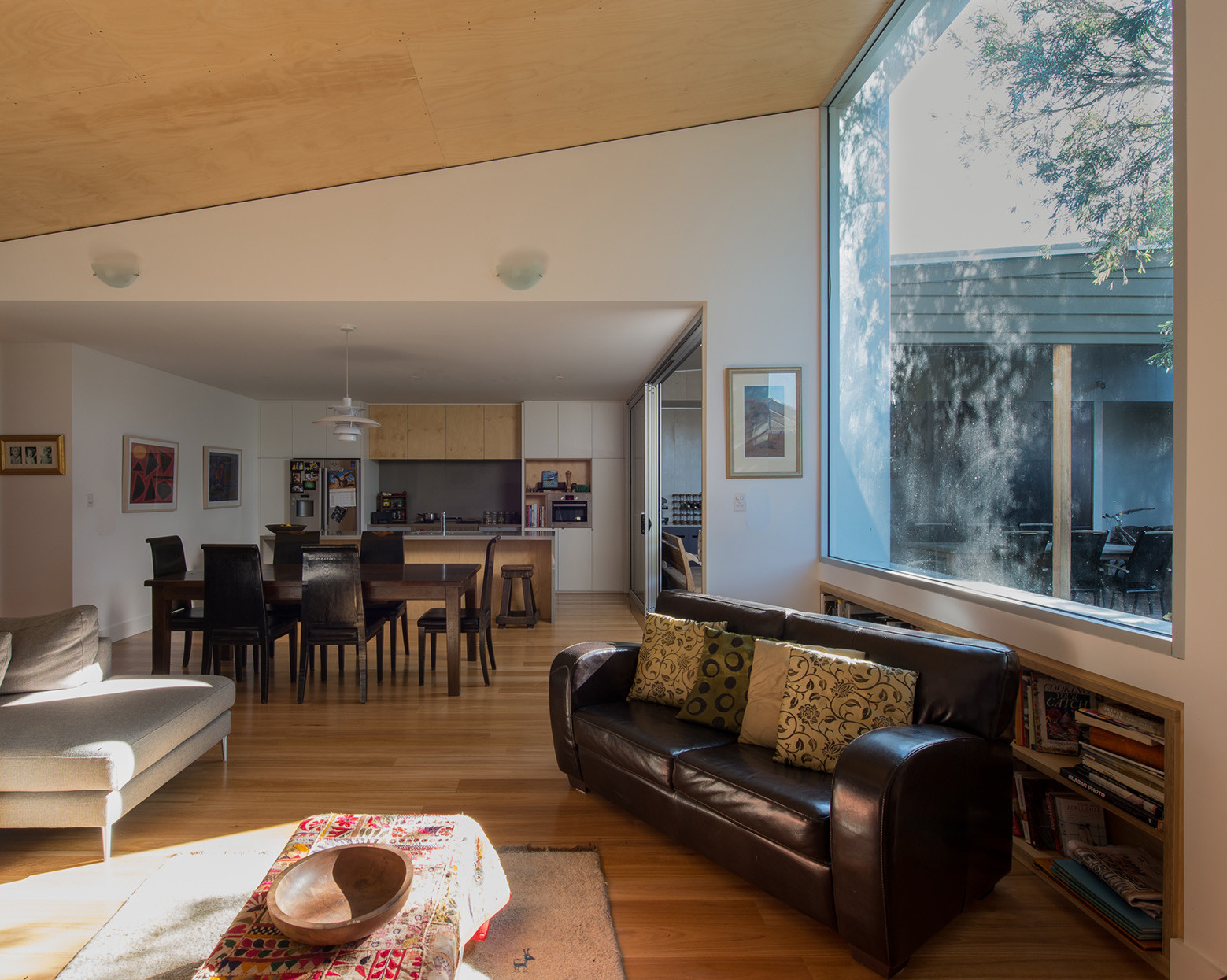 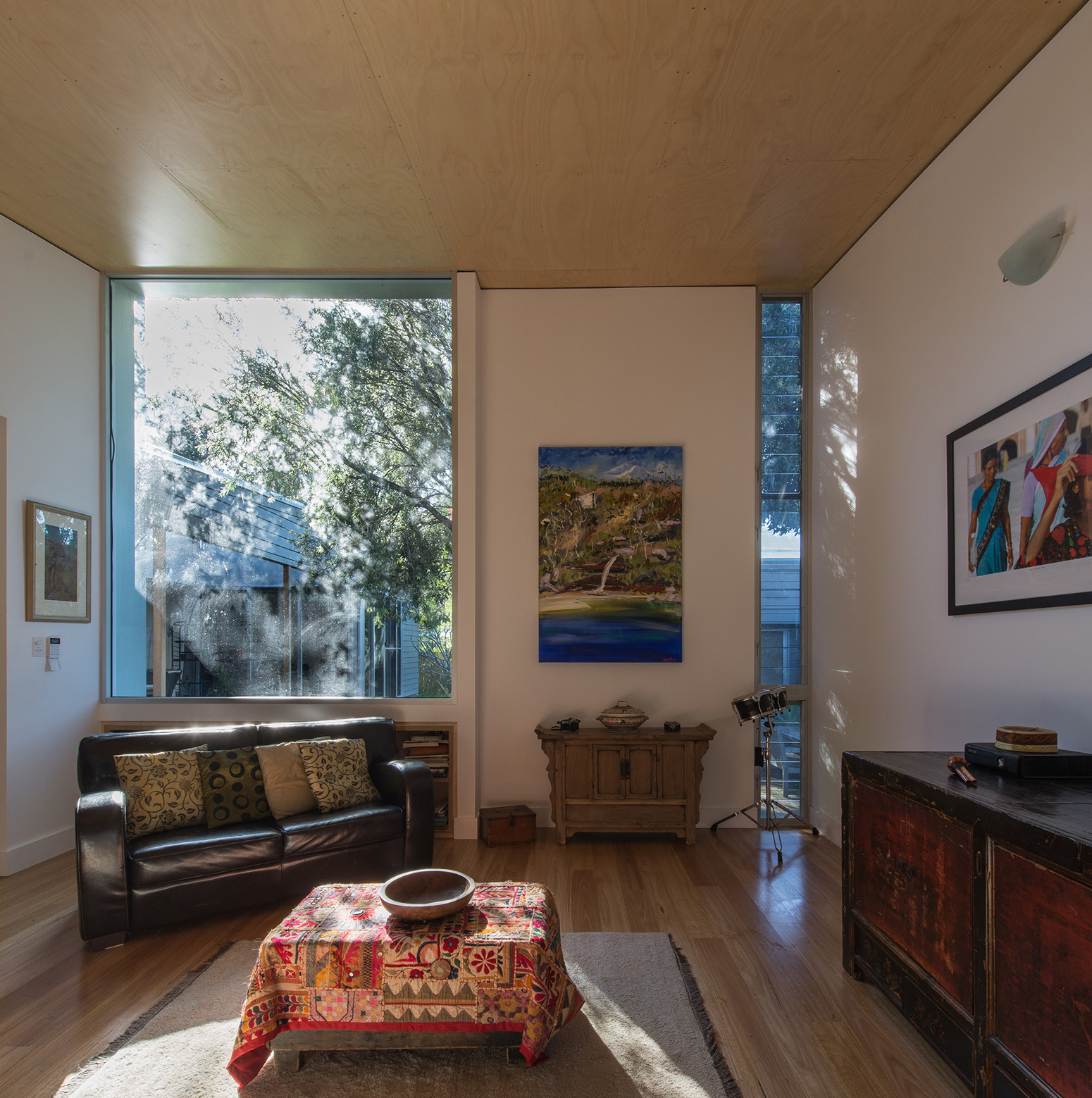 Bourne Blue Architects approached the project by renovating and restoring the parts of the original house with integrity while removing the poorly constructed addition. The sunny, north-facing garden was an asset which wasn't being utilised. One issue was the garden felt exposed due to the proximity of a neighbour to the west. The architect's response was to design a long wing on the western side of the block, sheiling the garden from overlooking. 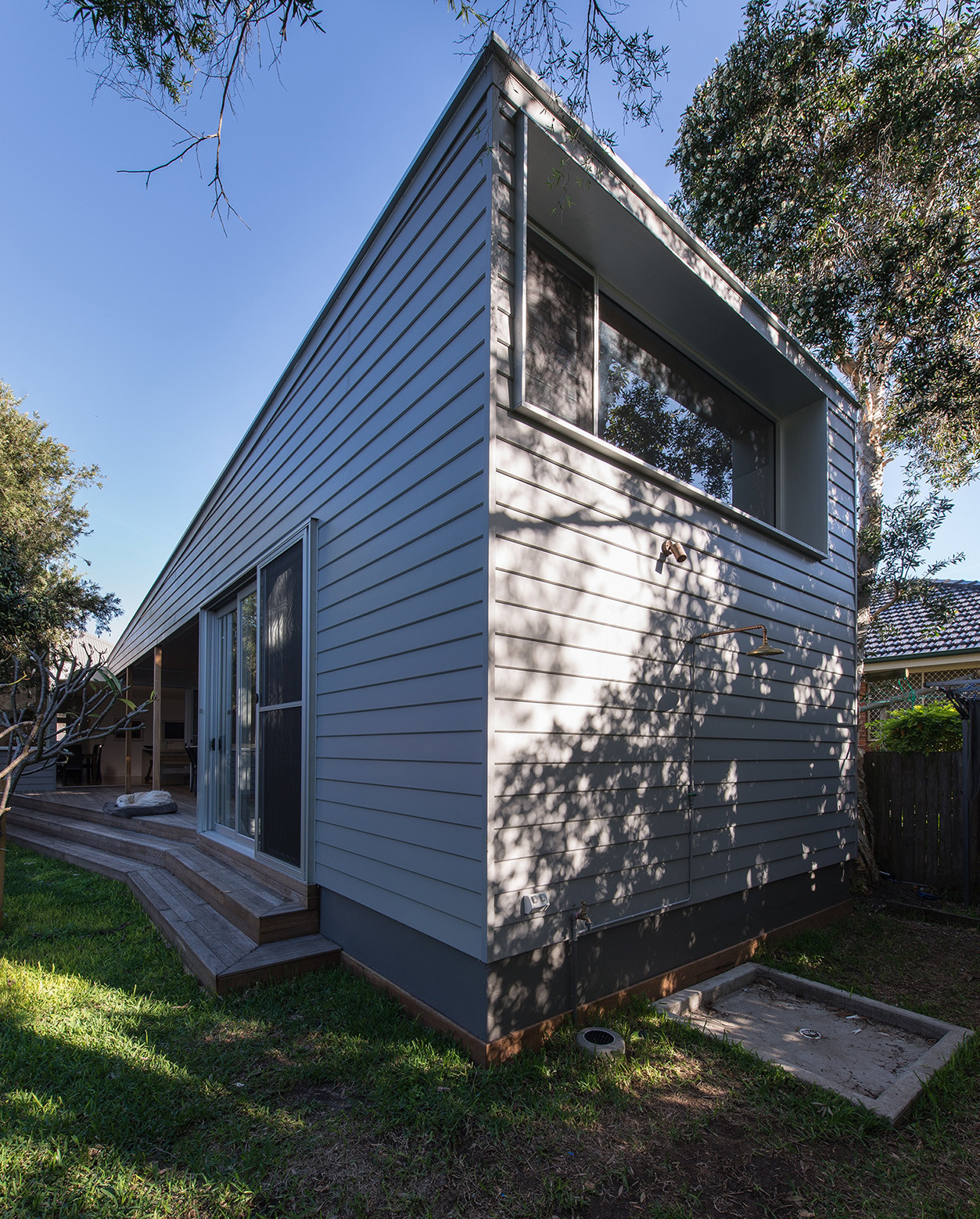 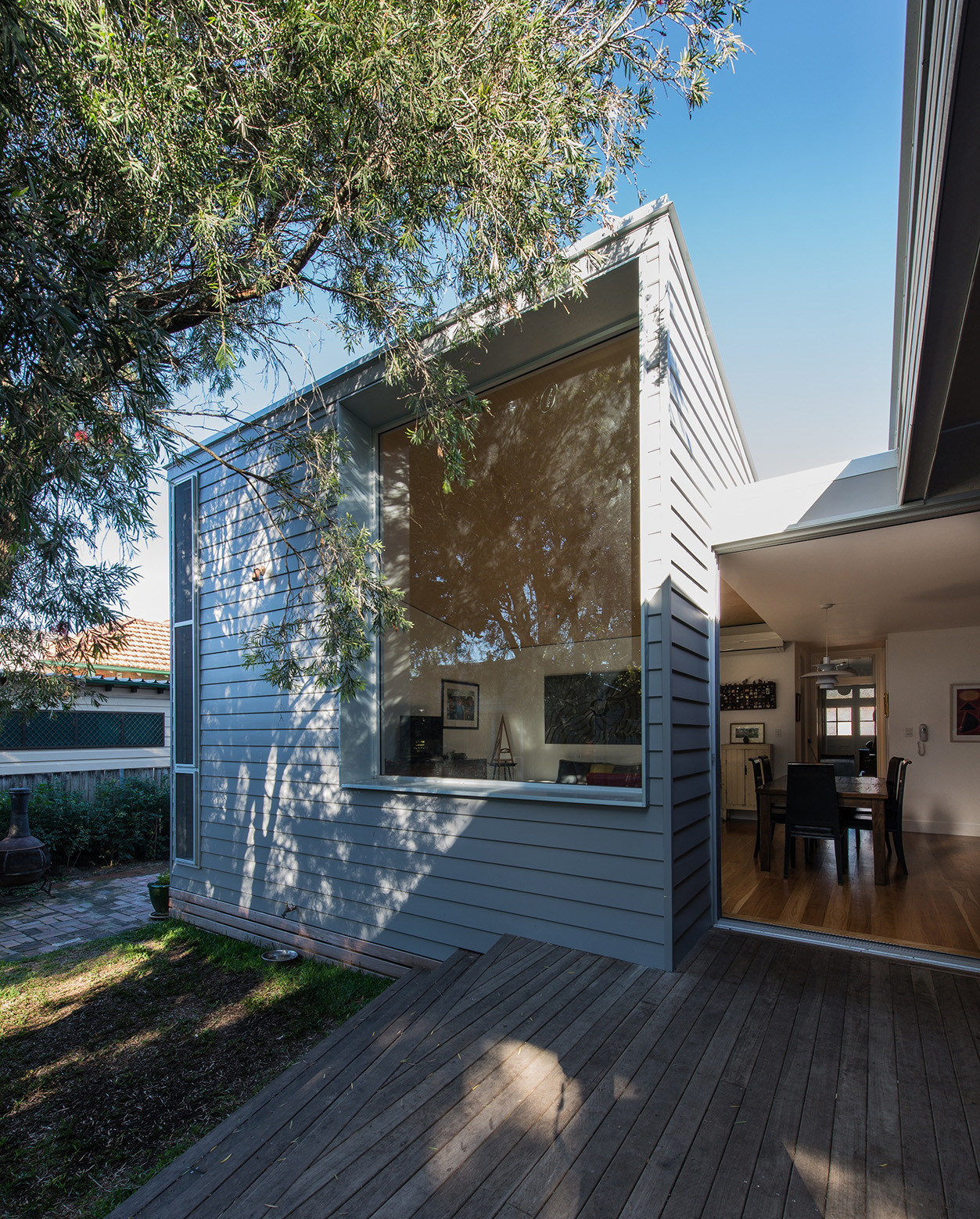 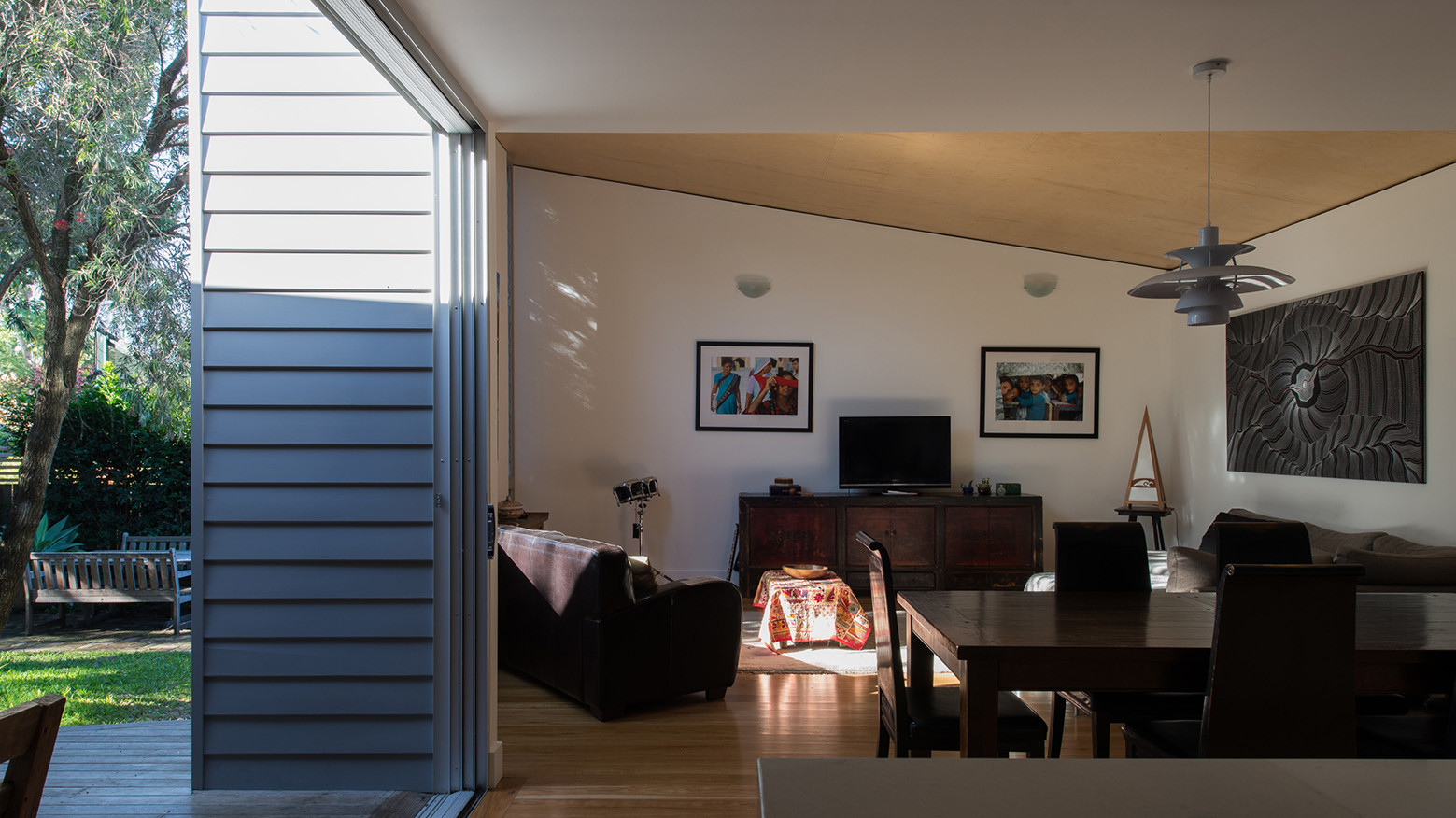 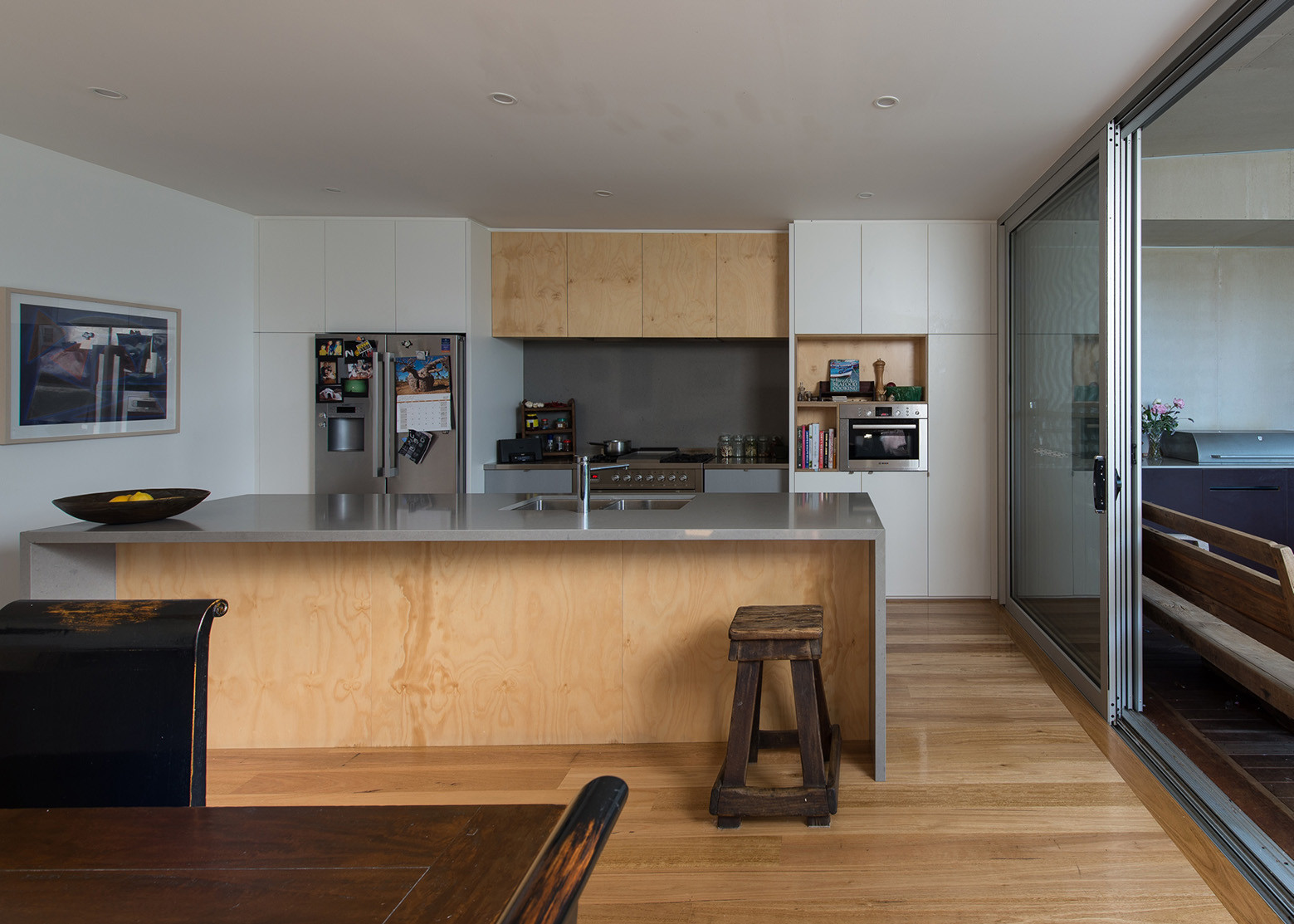 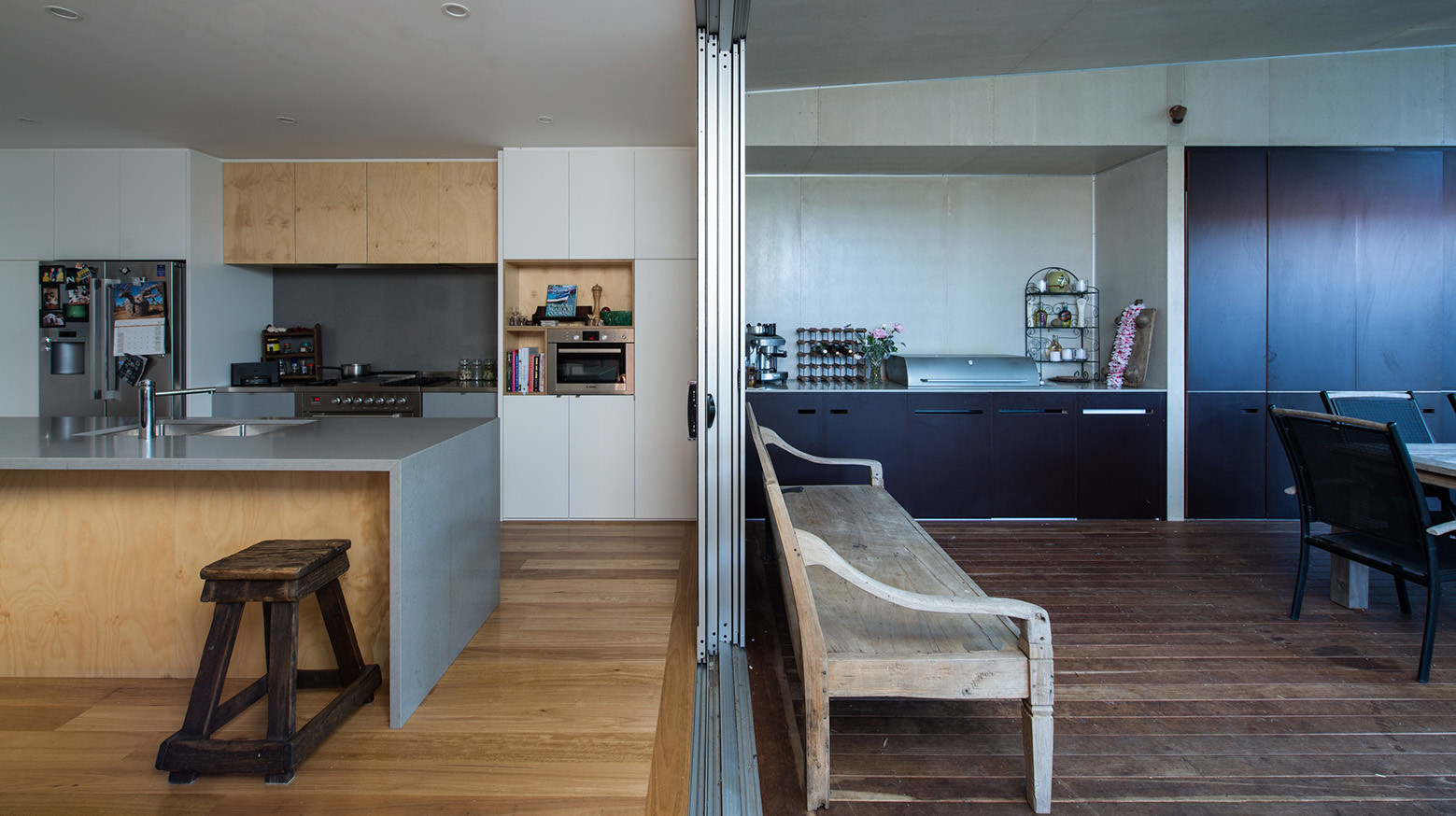 The addition's roof is pitched towards the north to admit as much winter light as possible. Deep window reveals to the work of blocking the higher angled summer sun. It's obvious what is new and old at this house, for one the addition is painted a darker colour than the original. Inside, a raking plywood ceiling delineates new from old. This is an important consideration when renovating; Don't try to mimic the old, be respectful but fresh instead. 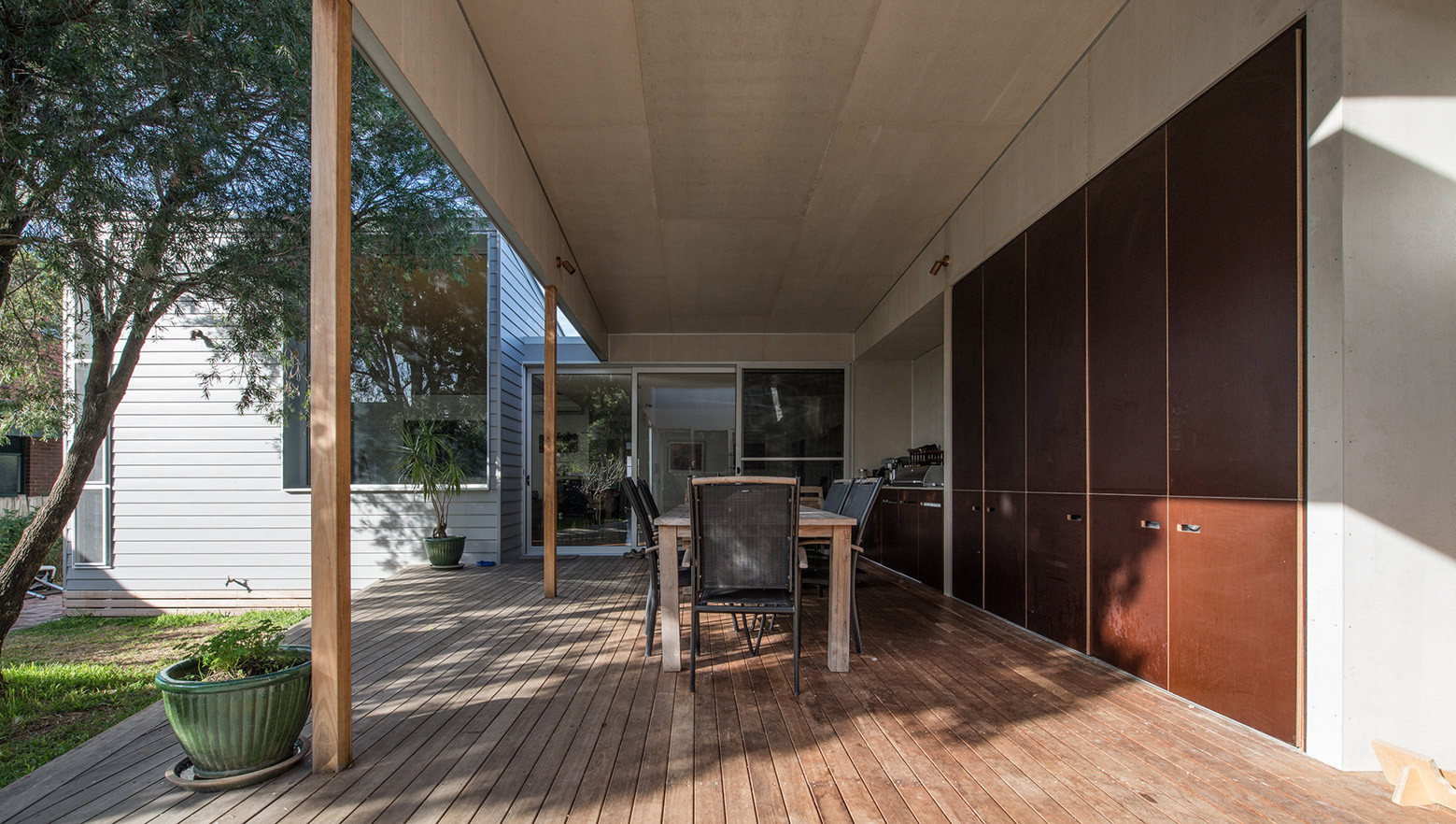 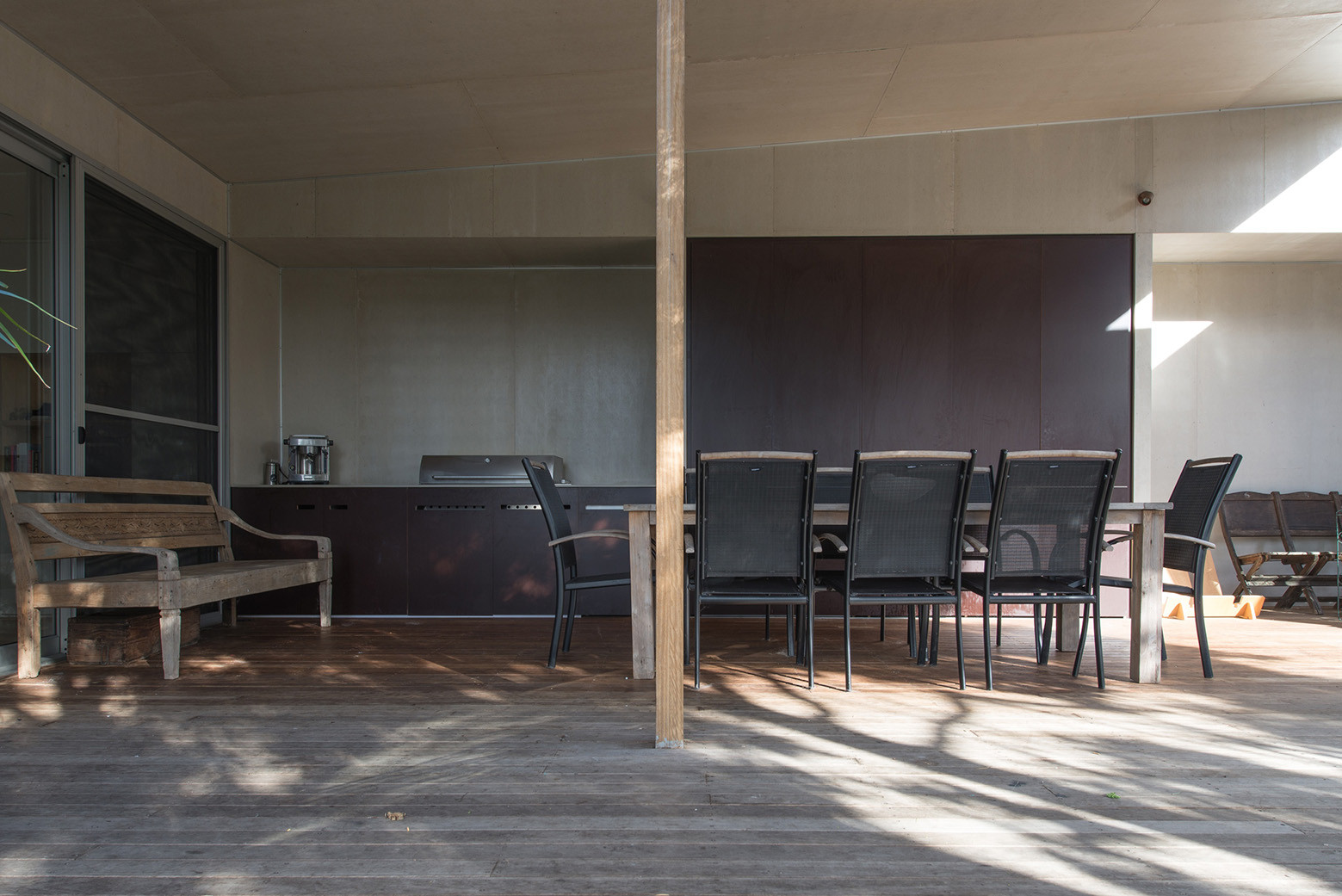 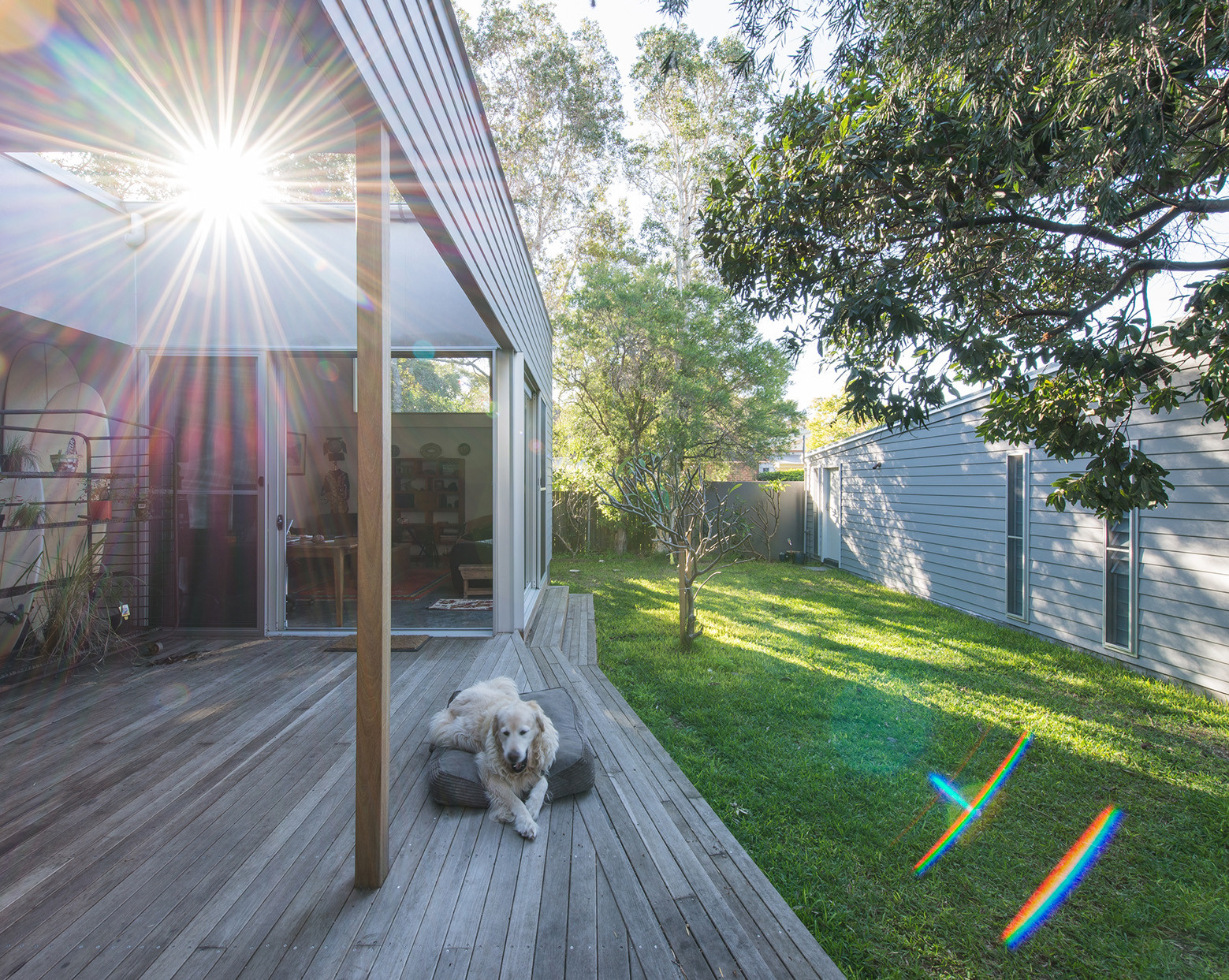 The covered deck connects a rumpus room to the new kitchen, dining and living space. The western side of the deck is treated as a services zone, with BBQ, laundry and storage areas hidden behind joinery doors. This allows the deck to open onto the backyard, creating a transitional space for all the living areas. With wide steps down to the backyard, the deck is both indoors and outdoors - like an oversized (and functional) verandah. 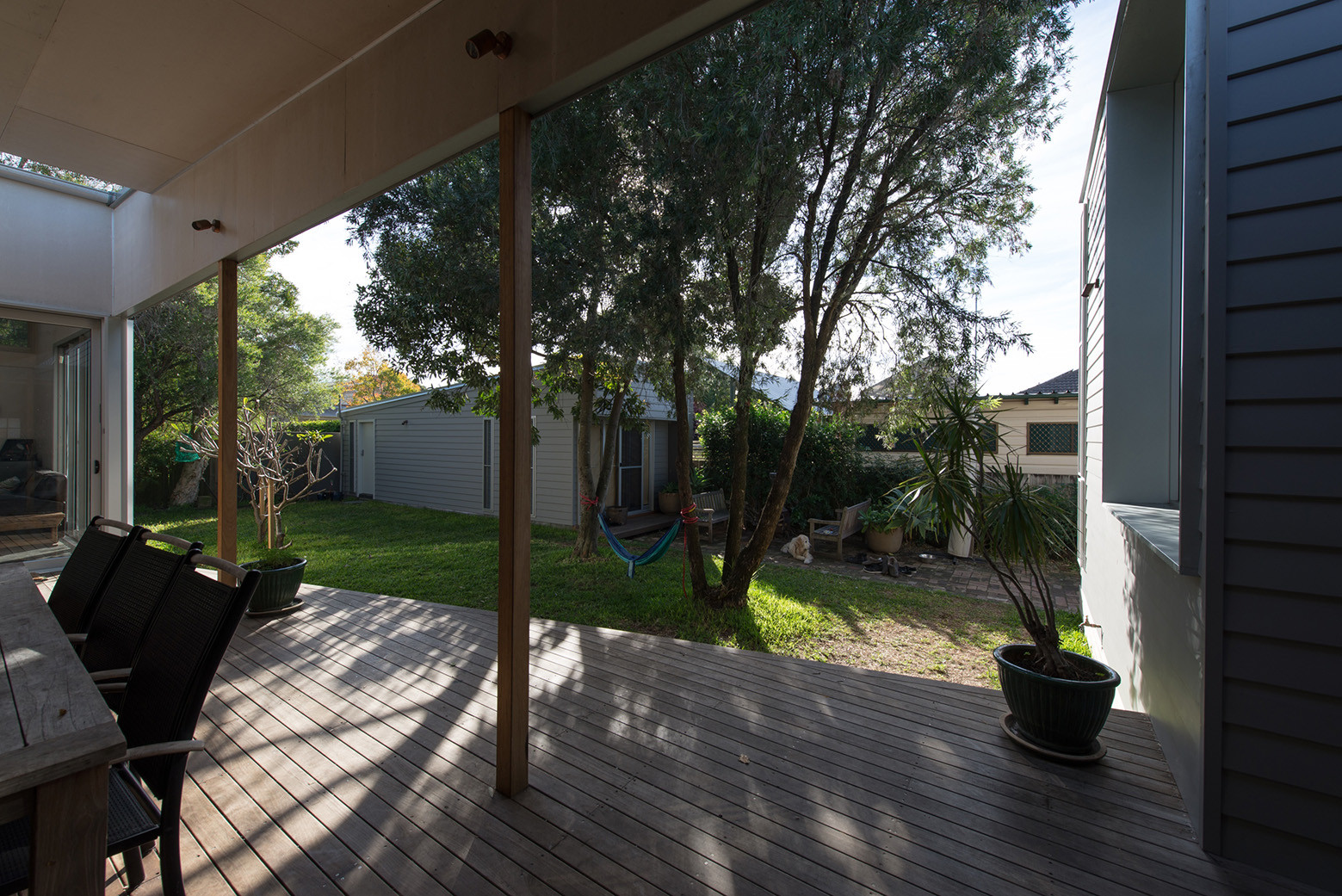 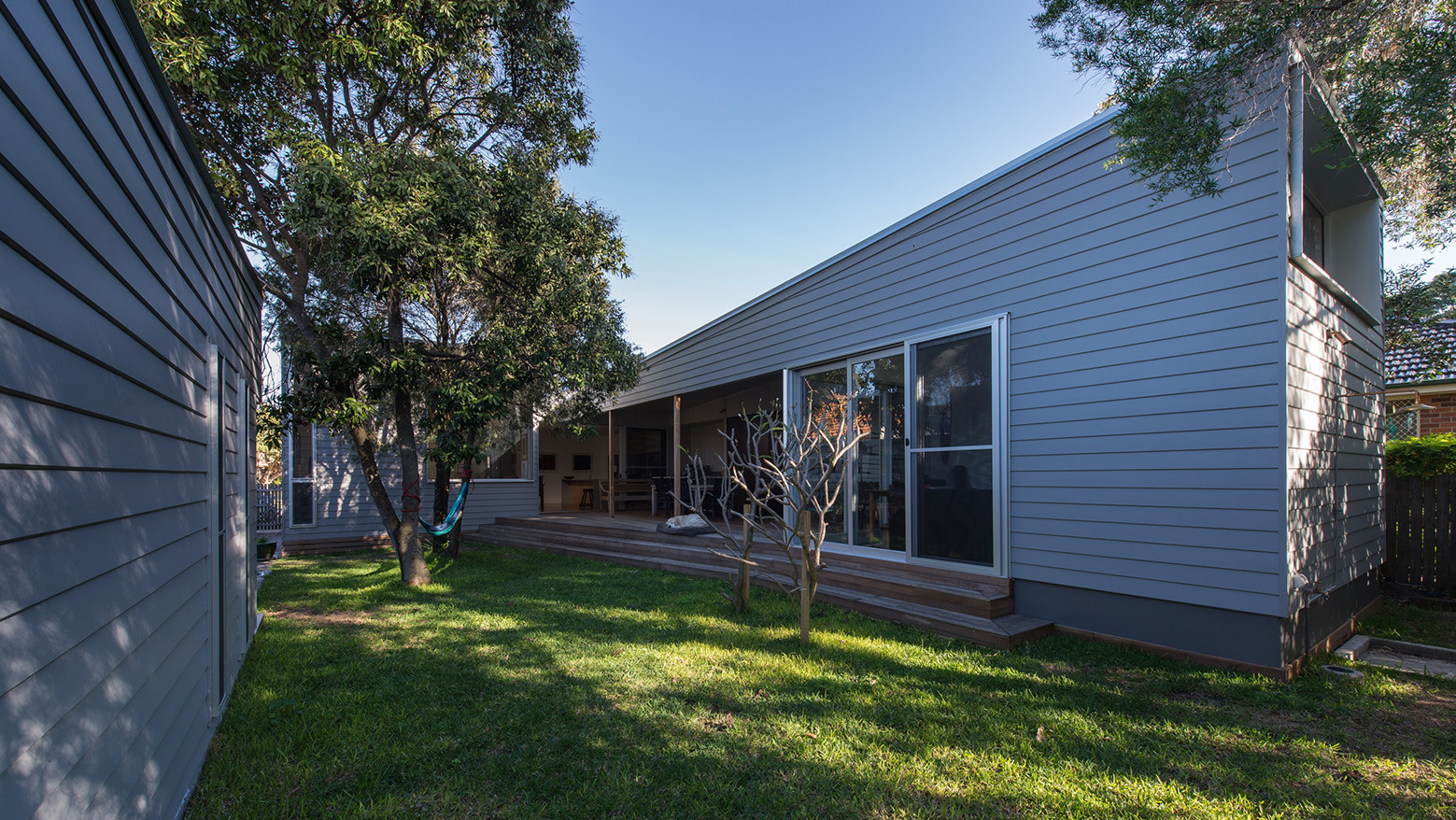 A small studio to the north-east completes the courtyard feel of the backyard. The studio includes a workspace and bathroom. The location of living, rumpus and studio around the covered deck means going outdoors becomes a daily activity - part of moving through the house. This has great physiological benefits, bringing the owners closer to nature on a daily basis. 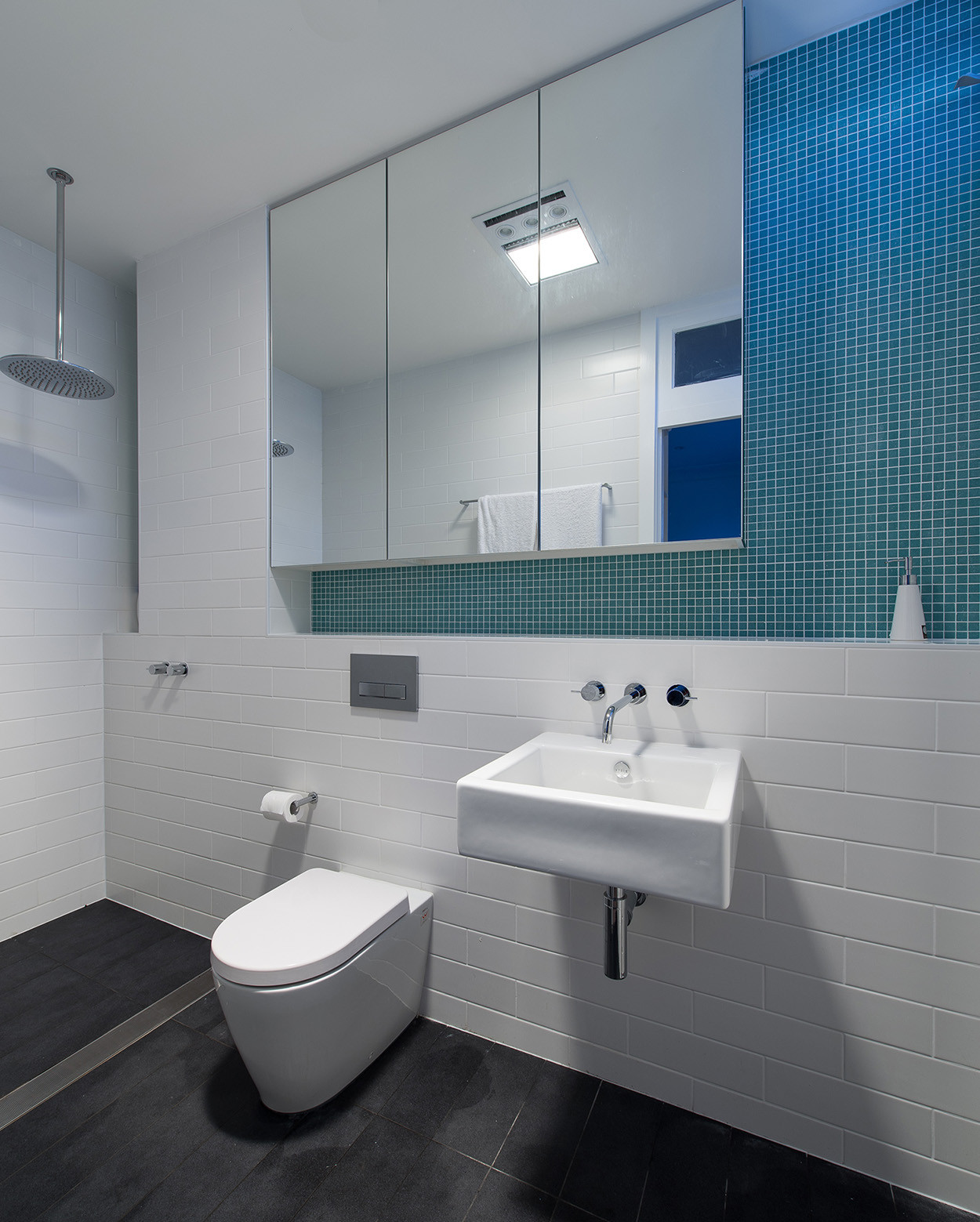 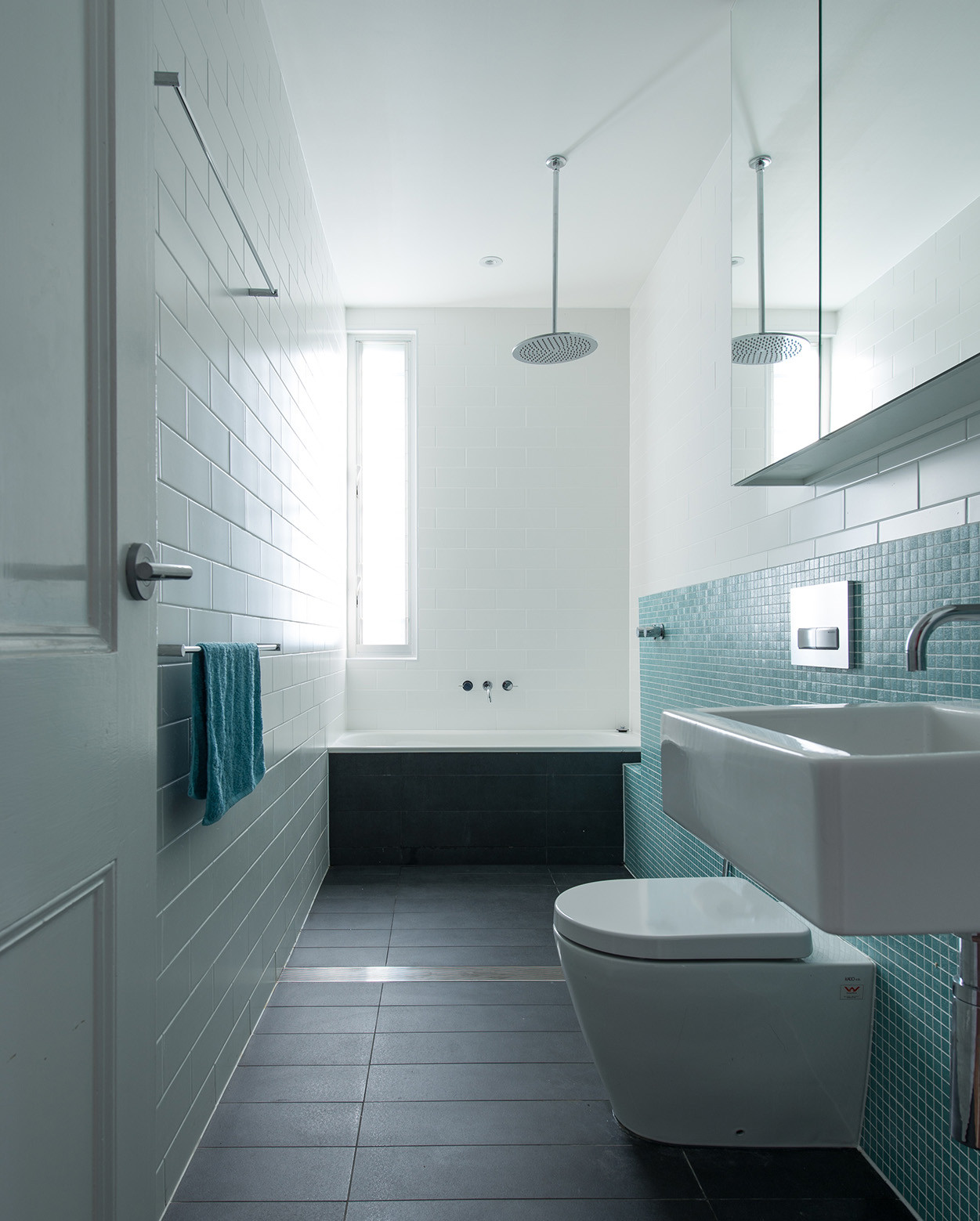 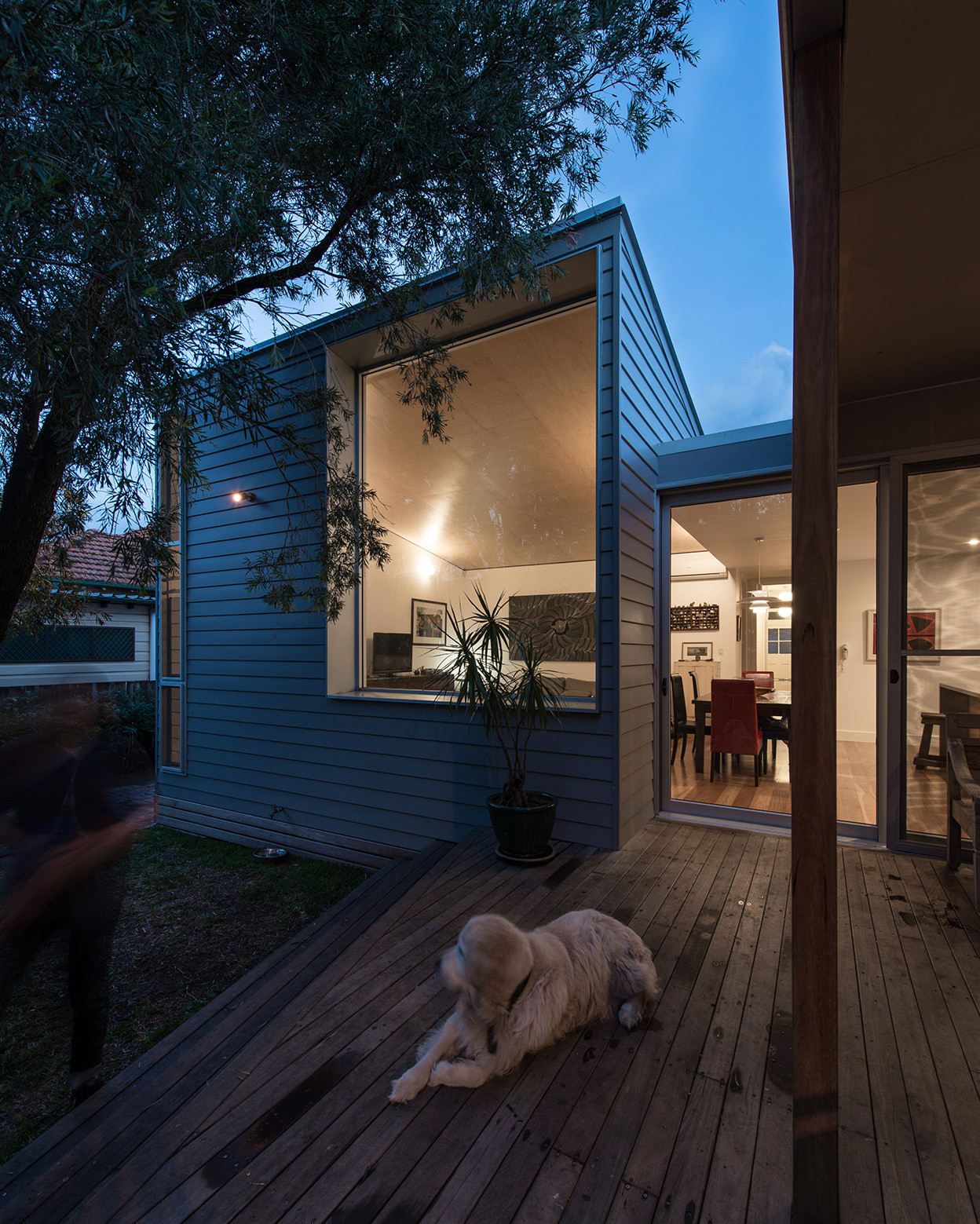 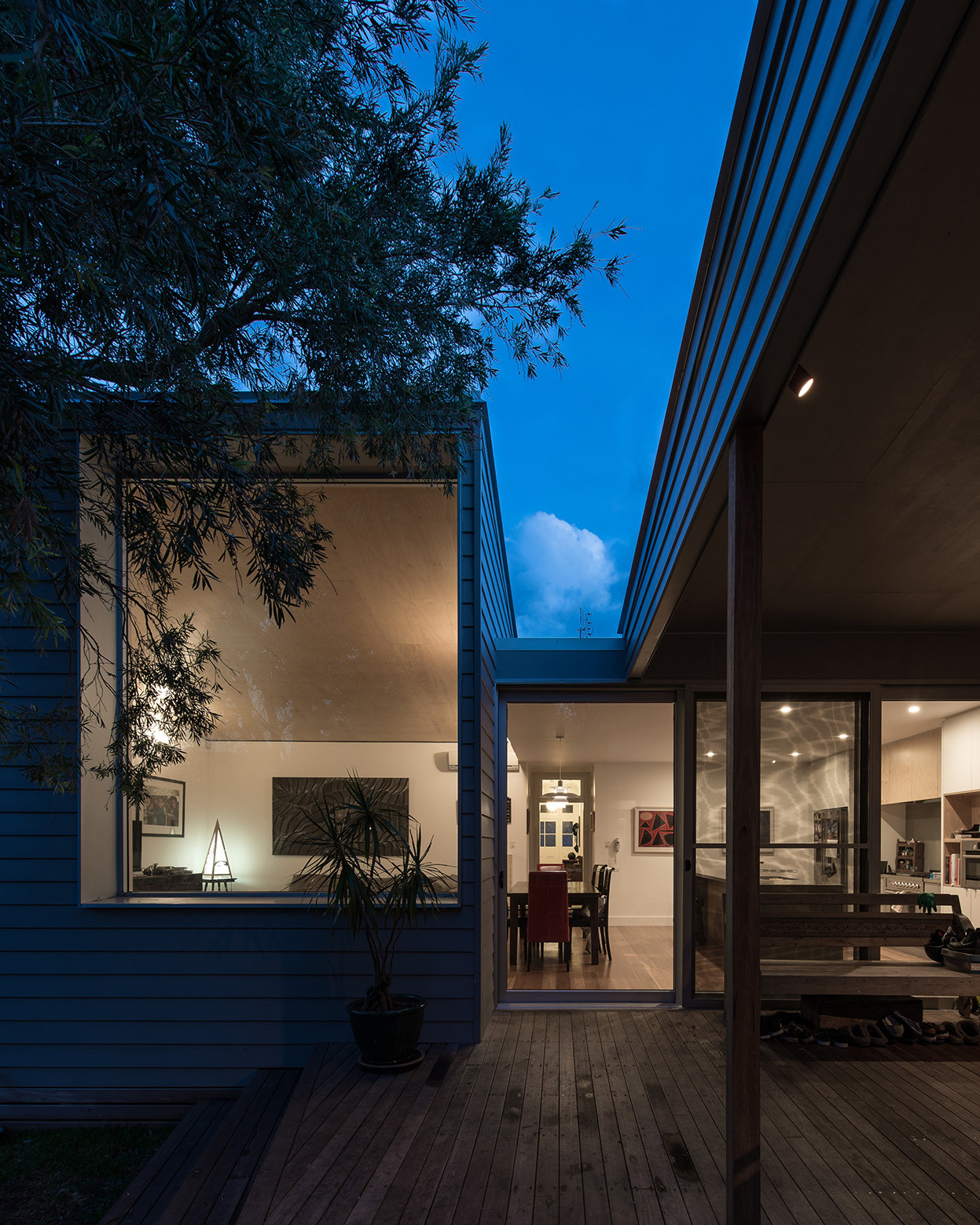 Embrace outdoor living. Design your home so going outdoors becomes part of your daily routine, rather than a destination you have to choose. You'll find you spend more time outdoors and feel better and more in touch with nature in the process. With a covered outdoor space protected from strong winds, you can maximise the deck's usefulness and gain functional outdoor space for alfresco living. 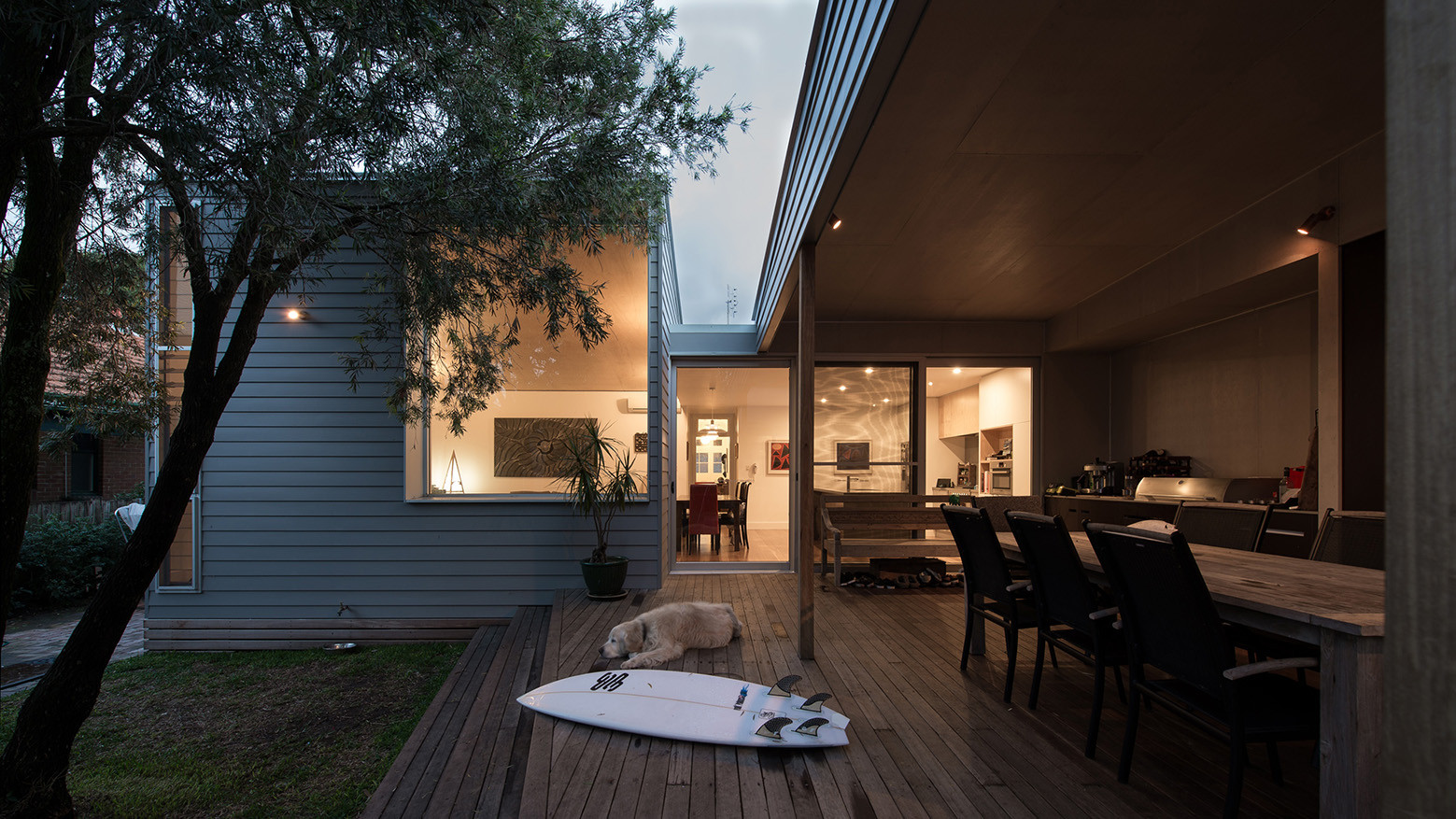