Barrow House is a Renovation of Rotated Timber Boxes

The Barrow extension appears as an arrangement of timber boxes, each independently rotated and subjected to varying amounts of extruding and manipulating forces. These separate actions result in a variety of shapes, which united, create an interior of differing volumes and organisations, providing an interesting double story addition to this weatherboard house. 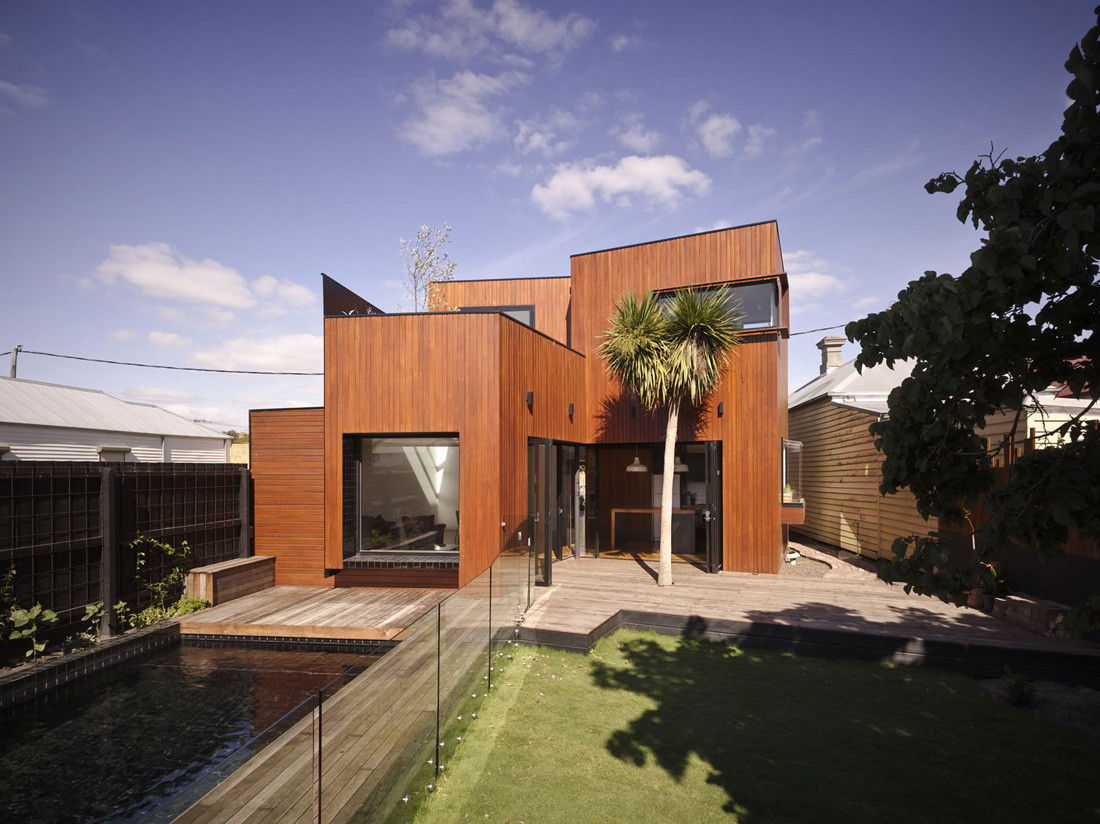 A New Type of Timber Construction

The extension challenges the traditional nature of timber construction. Normally lightweight and fragile, added wall thickness to different areas results in a structure with a fluctuating sense of mass. The dynamic and varying nature of these environments is further enhanced by differing window arrangements and framing techniques. Frequently the windows are setback within the frame of the wall, sometimes flush and occasionally extruding beyond the timber frame. 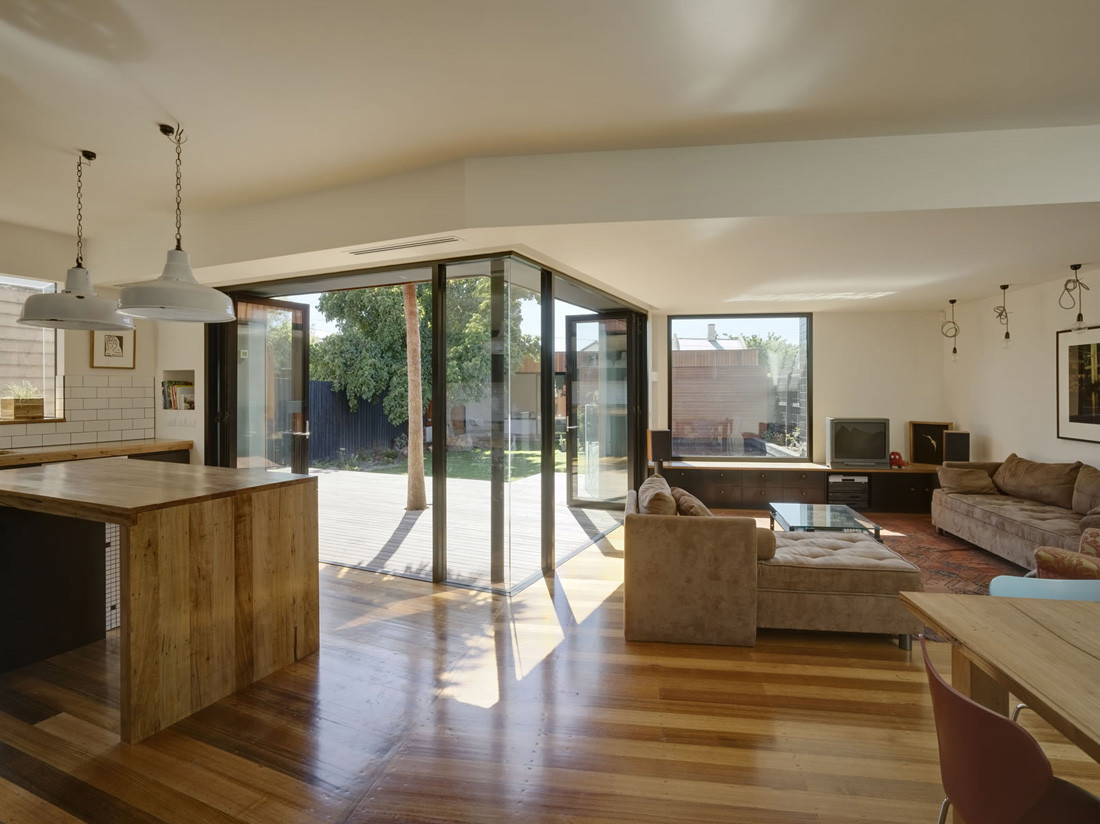 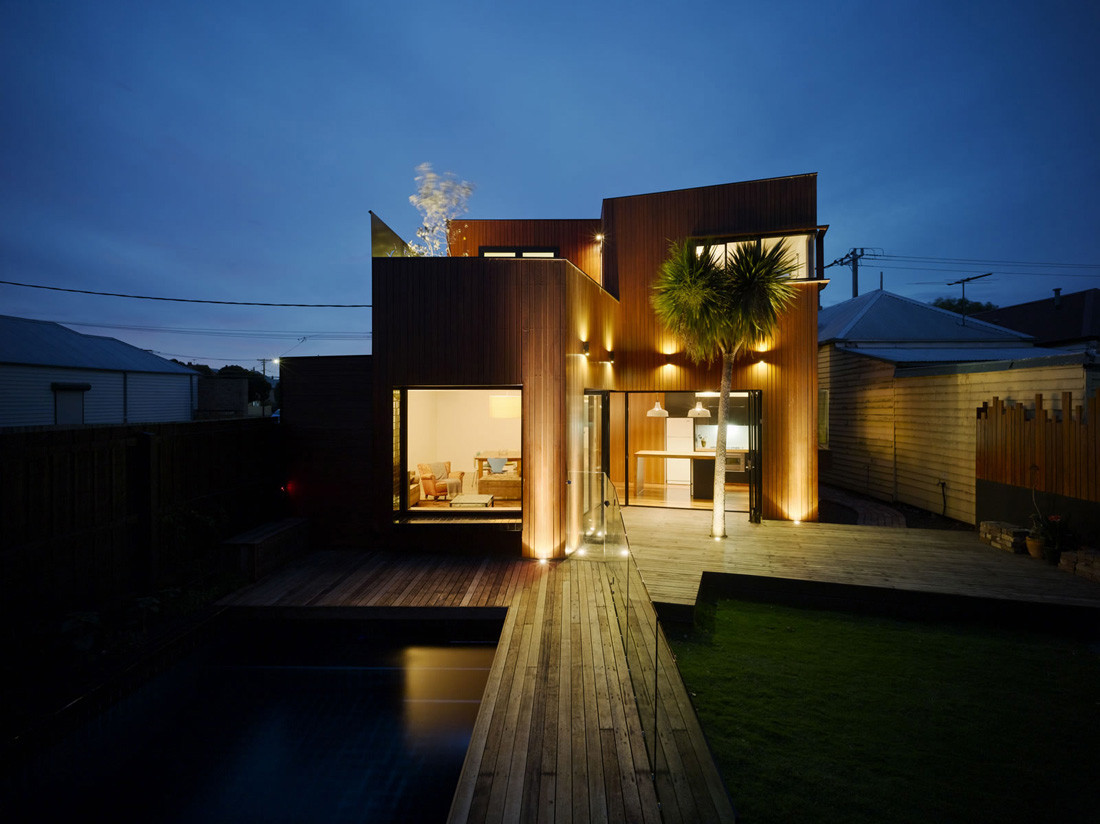 When a Box Ins't a Box

This unconventional approach to massing and window design subverts the conservative planar nature of a 'box'. The movement of the shadows created by these extruding or intruding elements are tracked on the external facade and internal environment, creating varying patterns and giving the extension an undefined geometry. 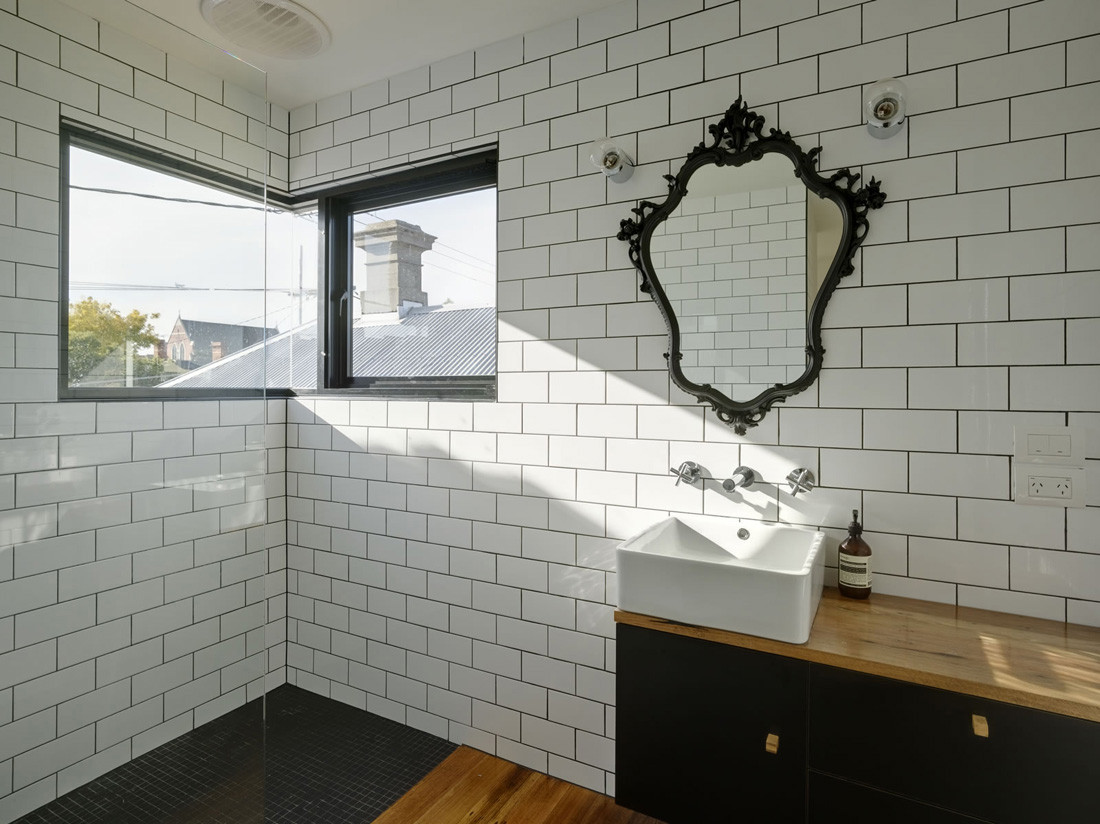 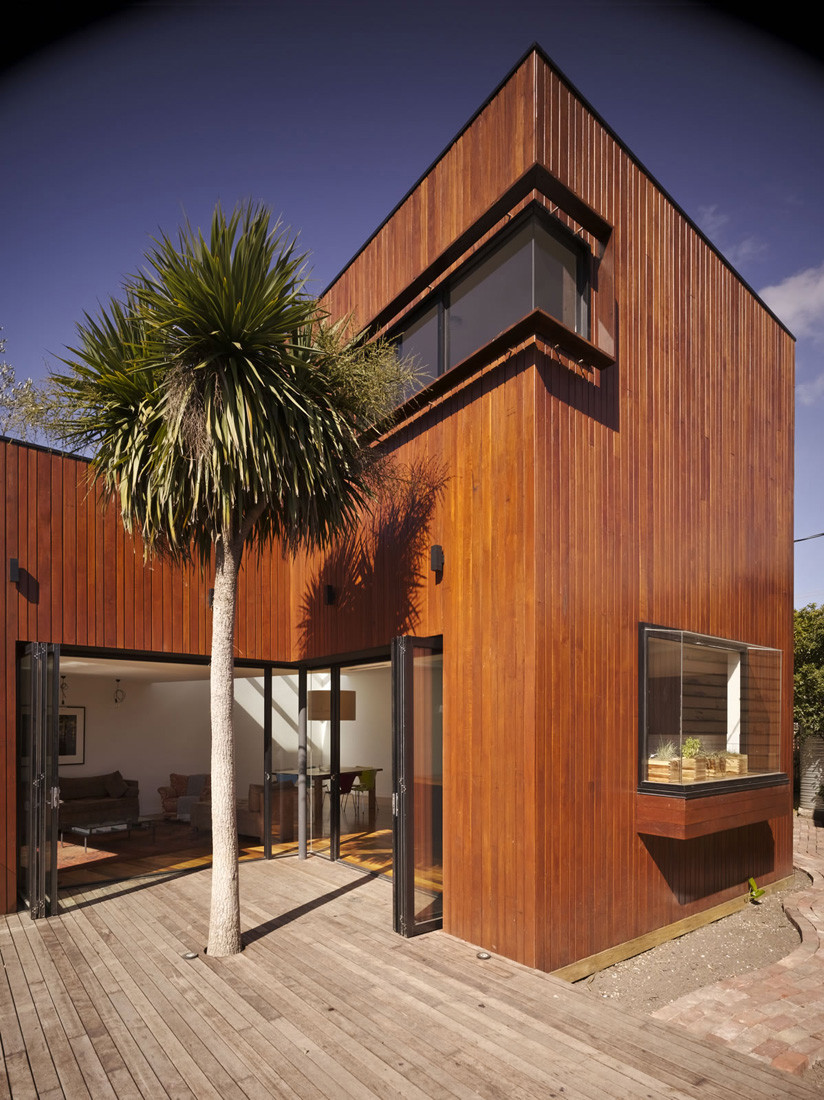 The external timber cladding wraps itself inside and fuses the extension into the original house, where the old living space now is occupied as a bathroom. Here, there is no evidence of conventional bathroom materiality, the room still maintaining its appearance as a living/dining space. The only defining feature a free standing cast iron bath (reused from the original demolished bathroom) at the centre of the room, demonstrating the capability of a single element to alter the use of a space. 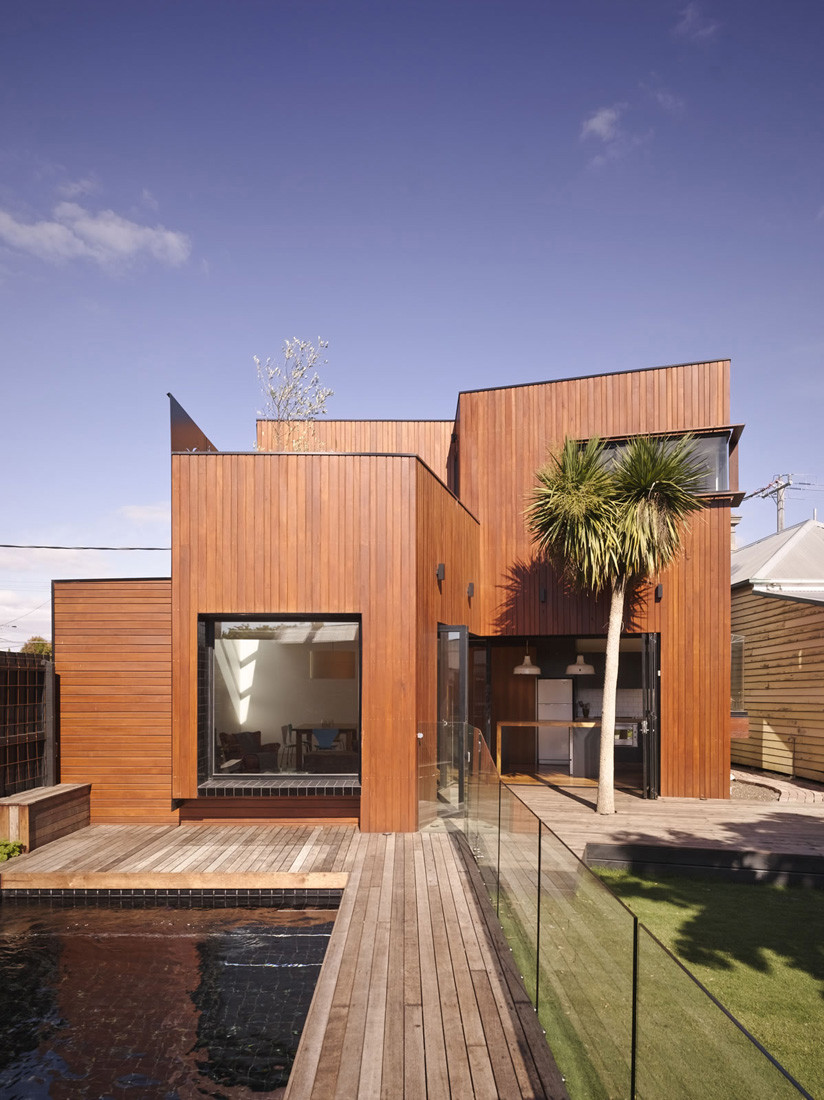 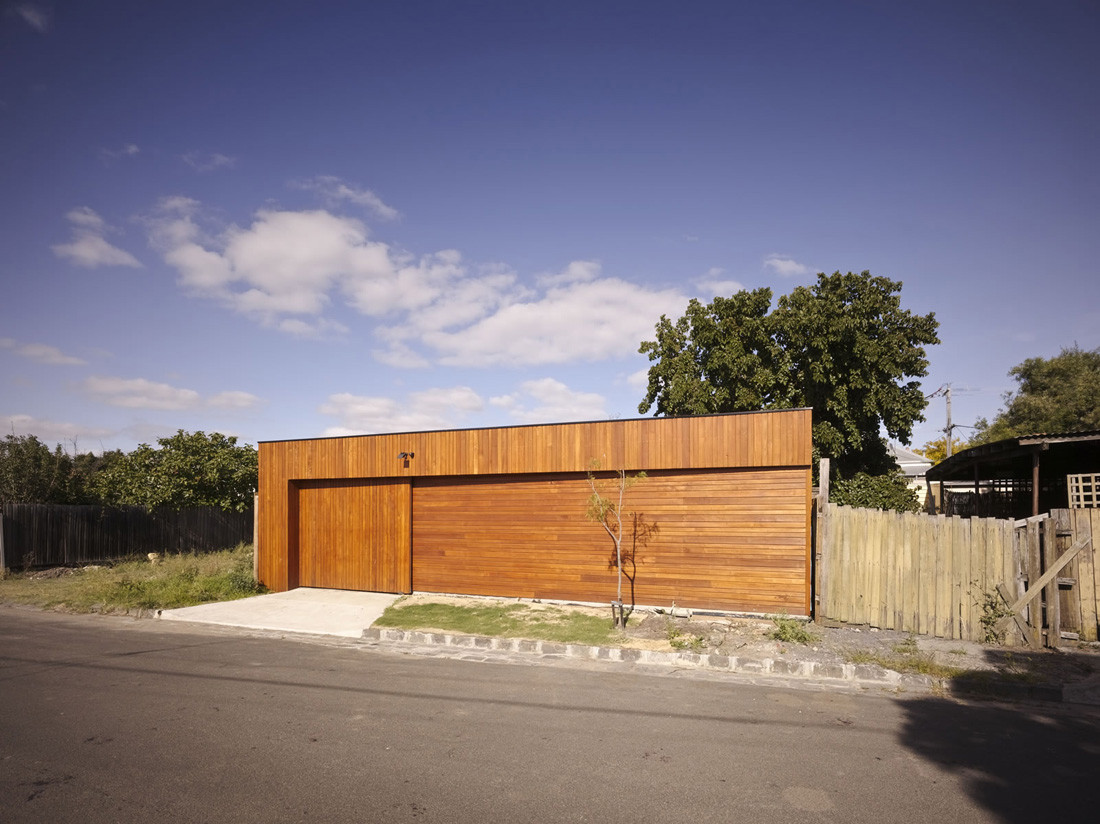 The strategic placement of a separate living space at the western end of the site, reflects the focus of the site internally, frames the large open area and increases privacy levels. 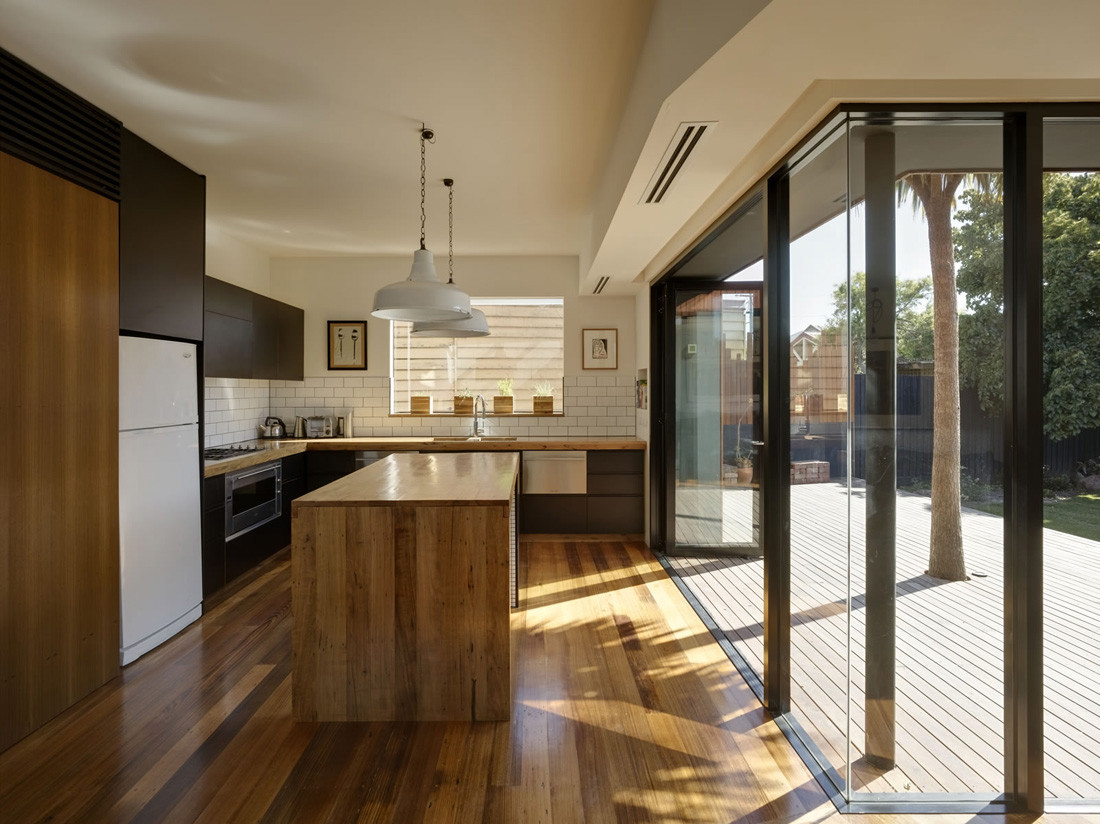 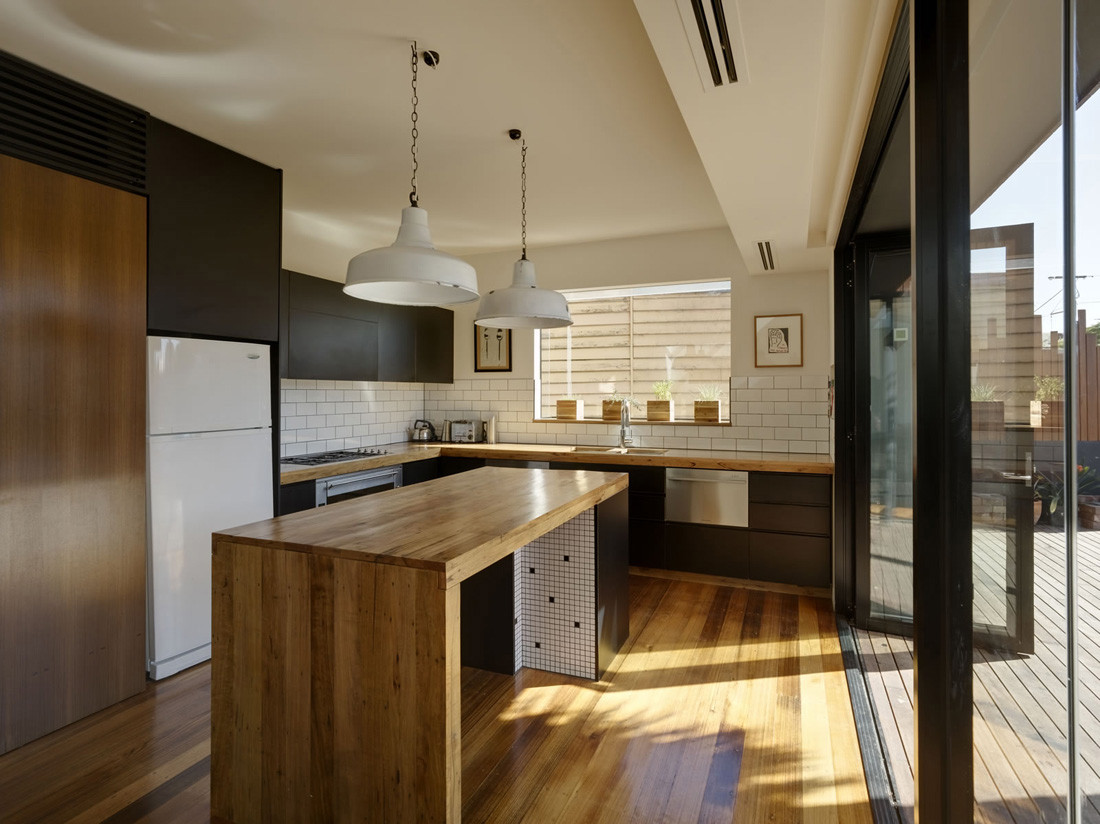 Both this new addition and the extension to the old part of the house, at the western end of the site, openly embrace this central garden space. Definition between indoor and outdoor is blurred by the transparent divisions of bifold doors and large windows; Visual interaction is constant. This central outdoor spaces becomes part of the living circulation space as the diurnal patterns of the occupants see them traverse the yard to the rear living quarters. 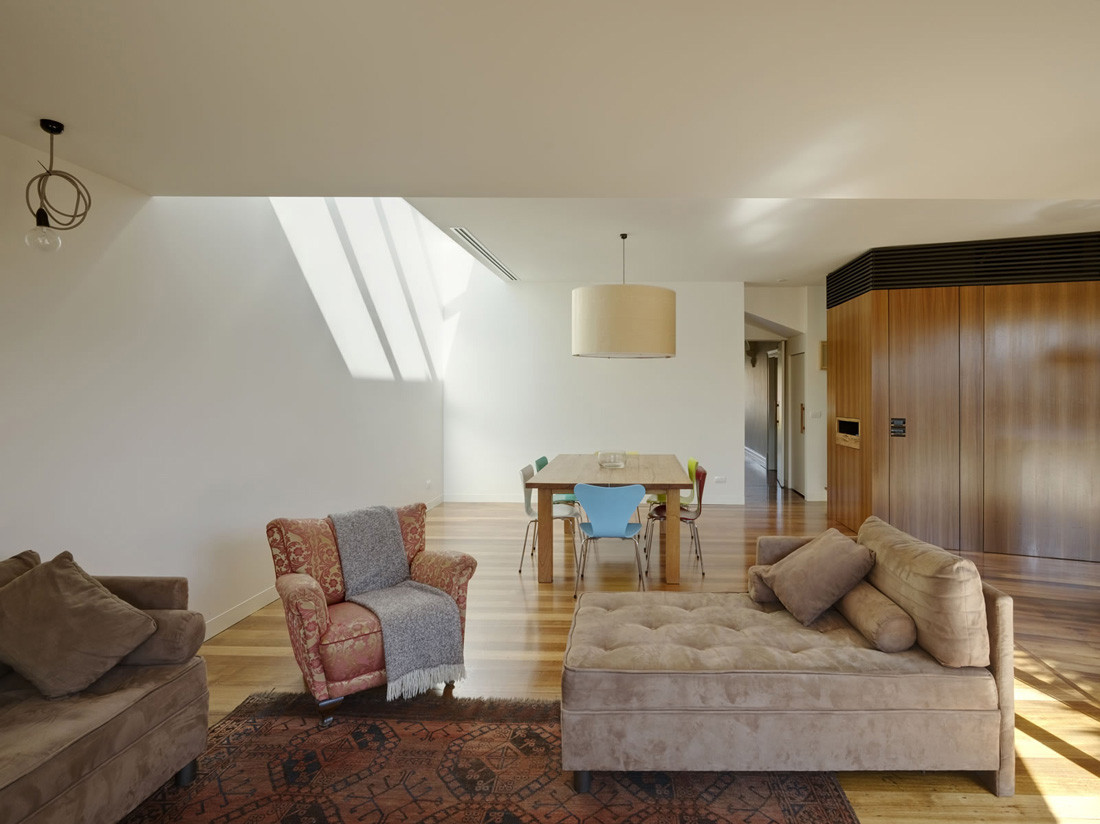 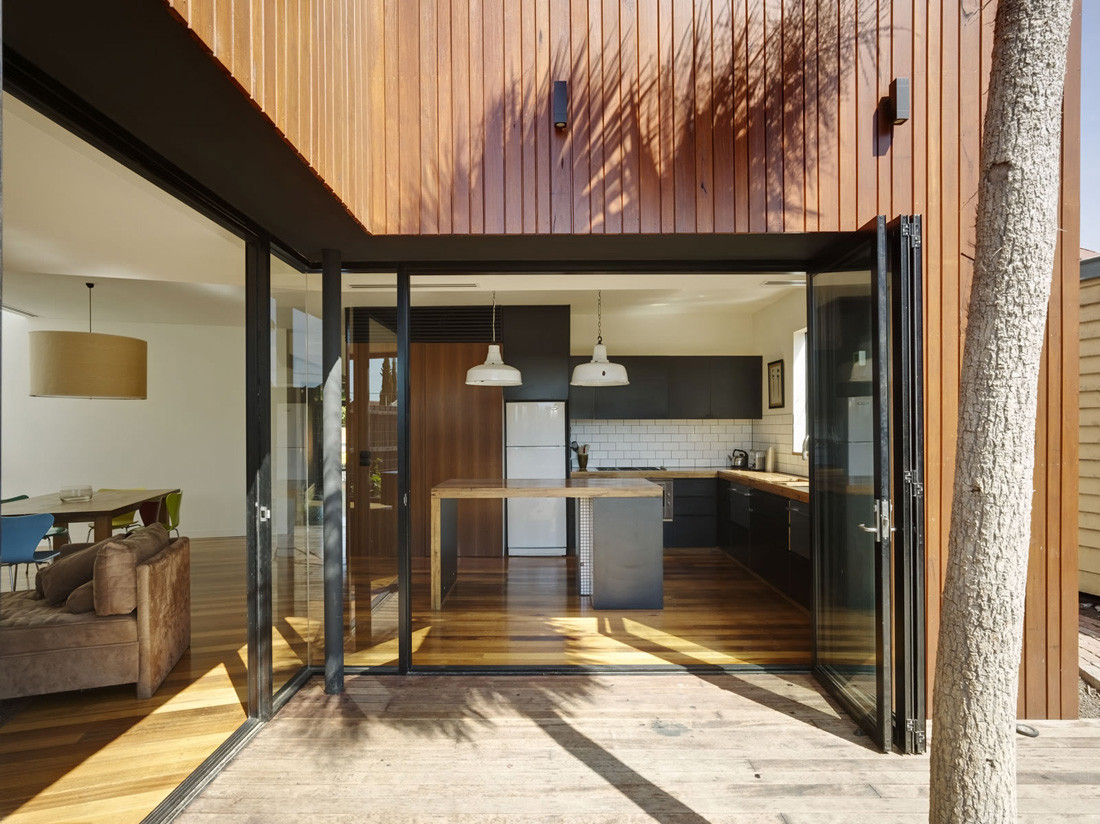 The brighter, larger extension nurtures the dynamic, more numerous, day time activities, whilst the low key, more relaxed, activities of the afternoon are enjoyed in the sunroom at the western end of the site reflecting back on the outdoor yard and pool, watching the cinematic shadows play across the irregular face of the Barrow's extension. 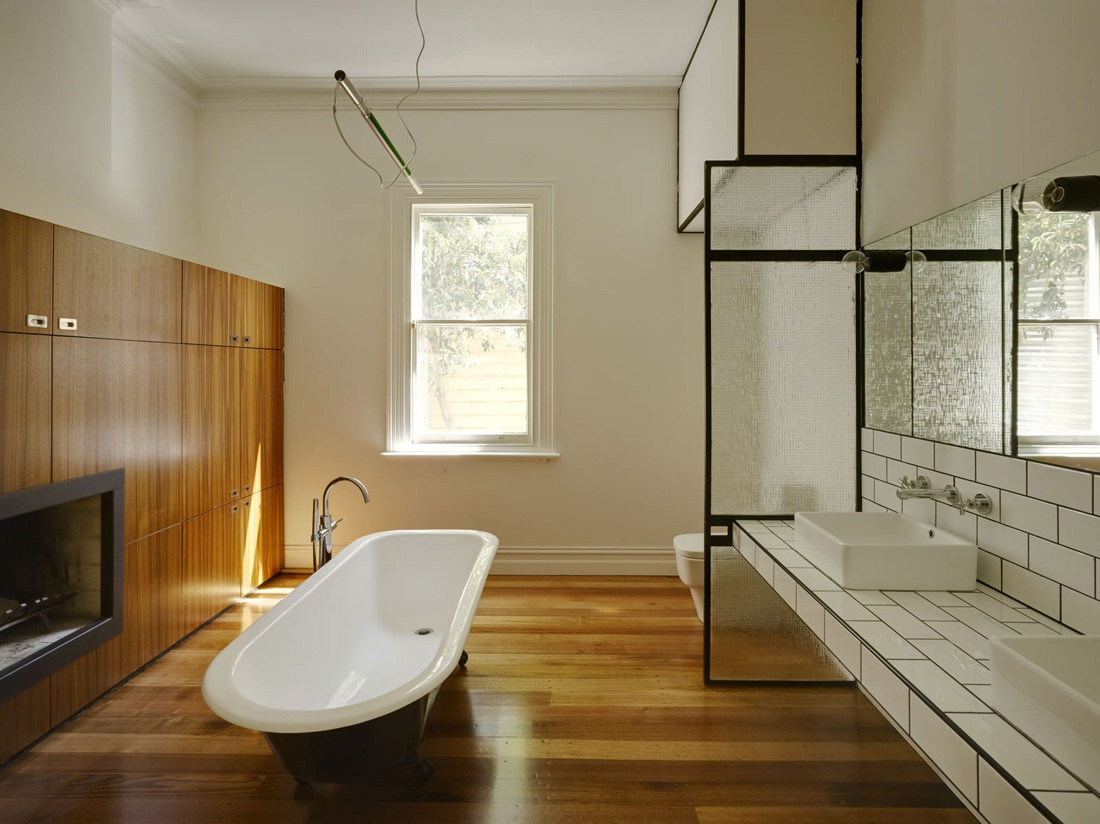 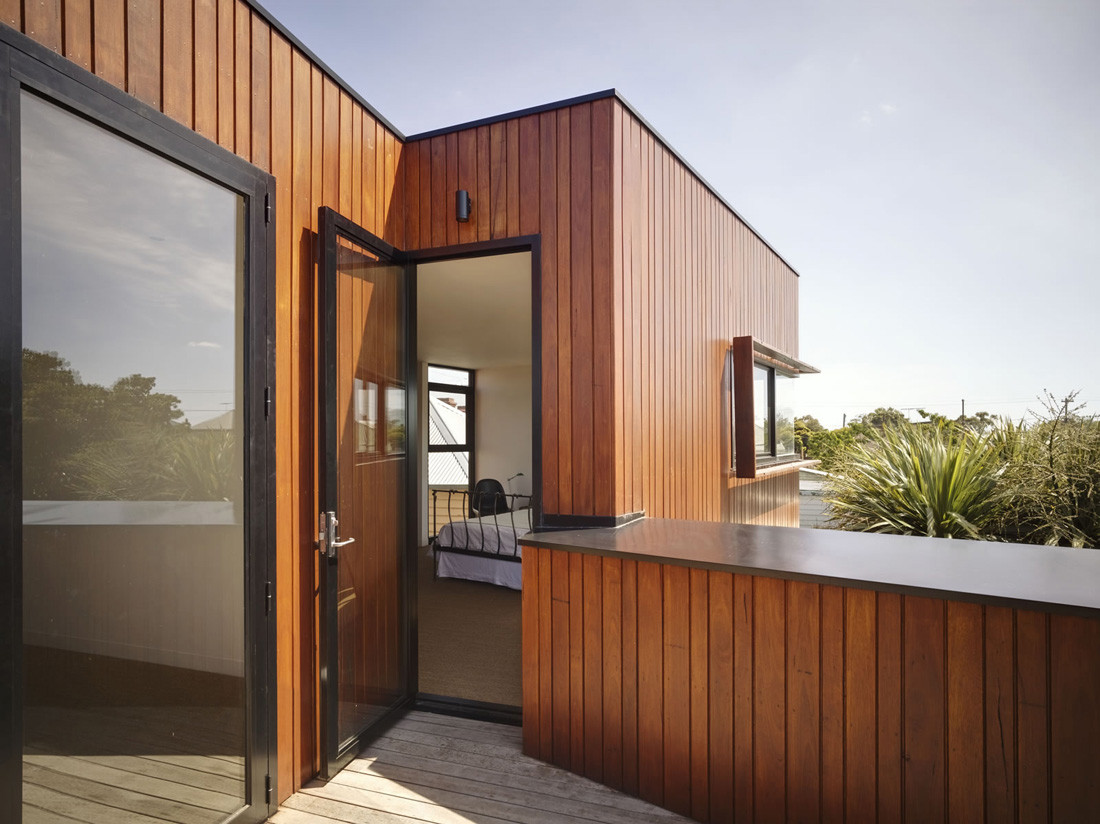 The extensive openable window and bifold door arrangement accompanied by Barrow's orientation allows for abundant natural light and ventilation to infiltrate the spaces, decreasing reliance on electrical and heating/cooling systems. 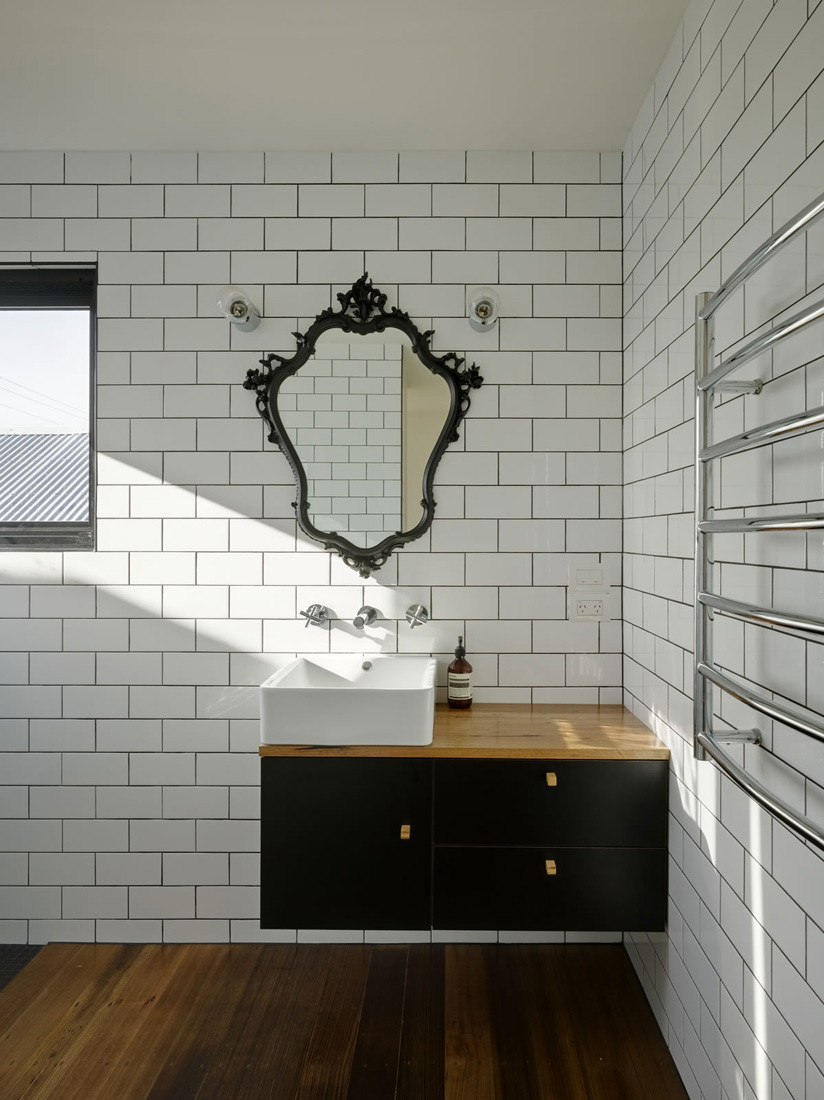 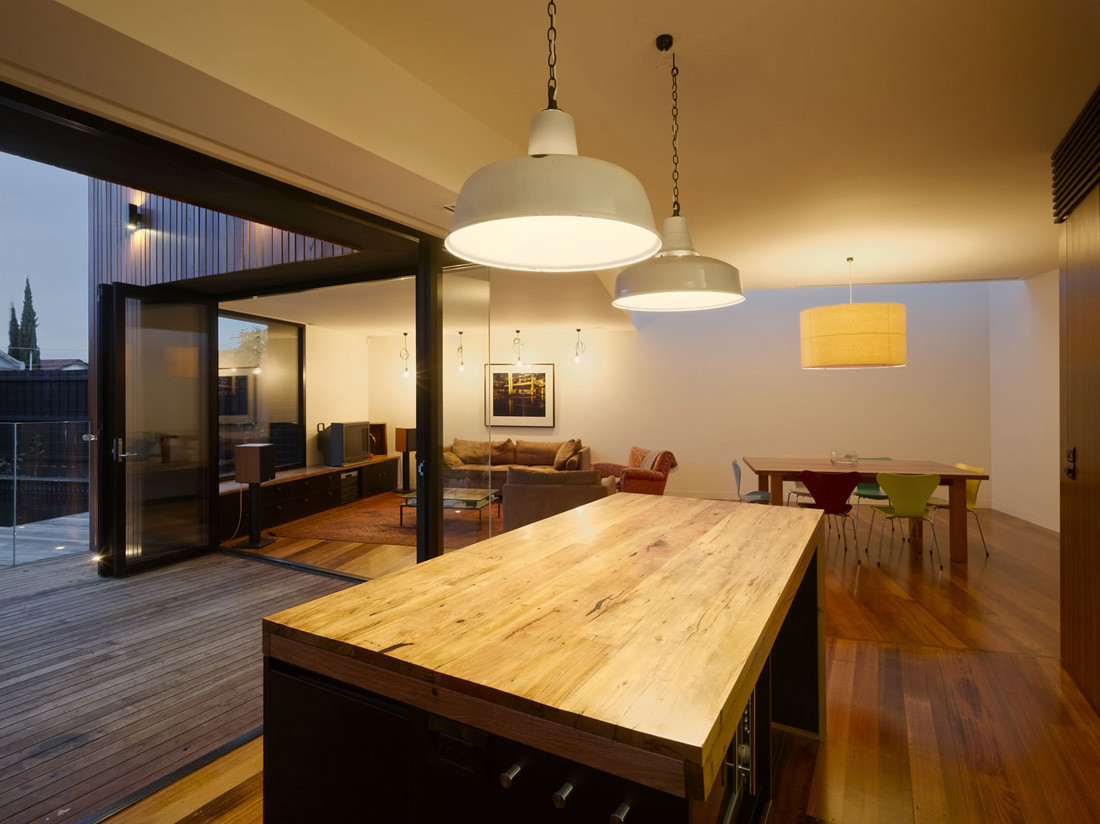 The entirety of the design also employs materials reused from the parts of the previous house as well as recycled or found elements, decreasing the carbon footprint of the design and also adding character to the spaces. 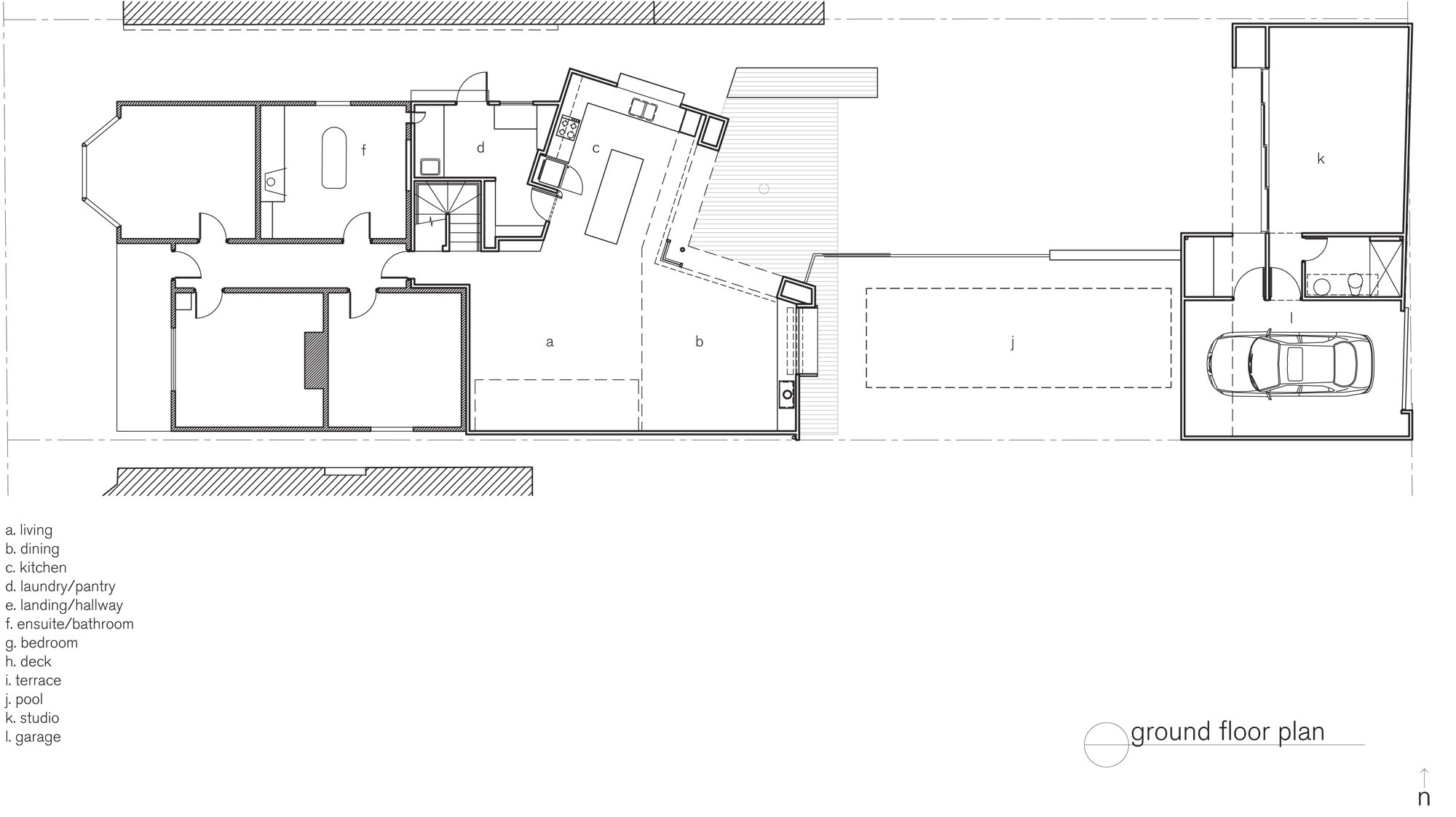 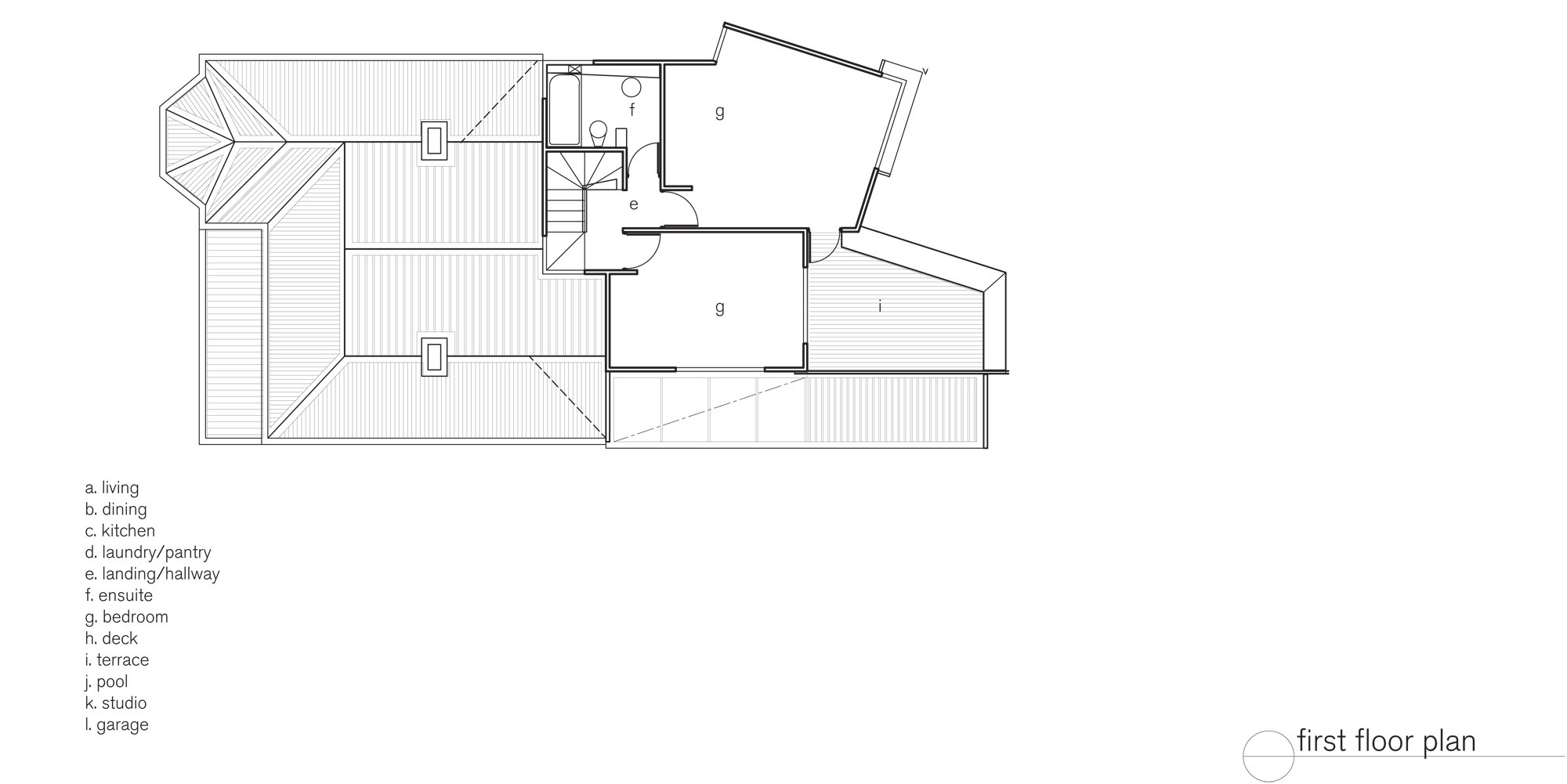