This inner city worker's cottage had all the makings of a beautiful home. But as is typical of the style, Brick House needed some work to make it more spacious, provide more natural light, and create a direct connection to the outdoor area.

Bastian Architecture have hit the trifecta with this brick-heavy alterations and additions which is packed full of character... 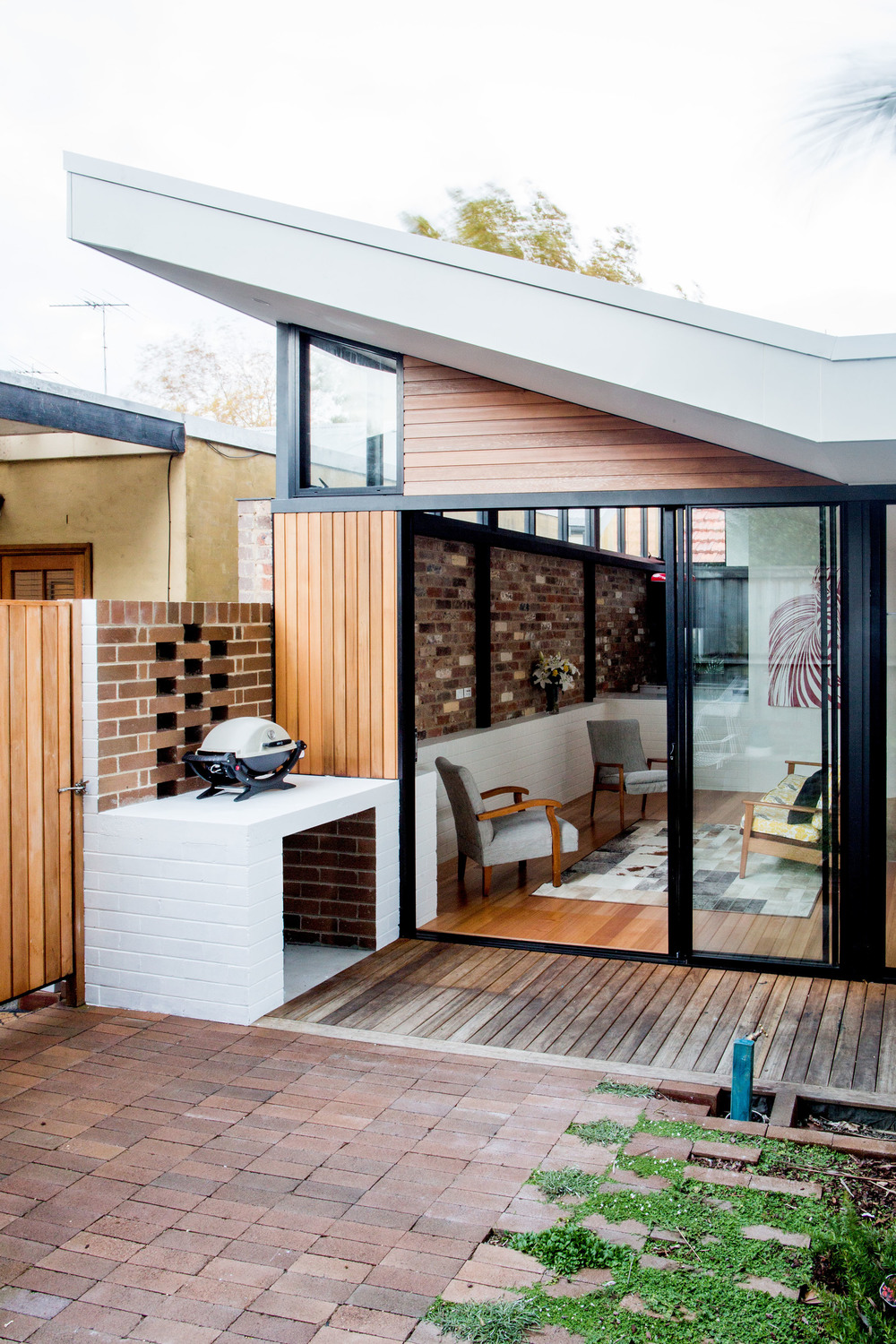 An existing wall onsite provided the inspiration for a project which explores the potential of bricks. The architect sourced additional reclaimed bricks to extend the remnant wall bringing texture, colour and a sense of history into the project. 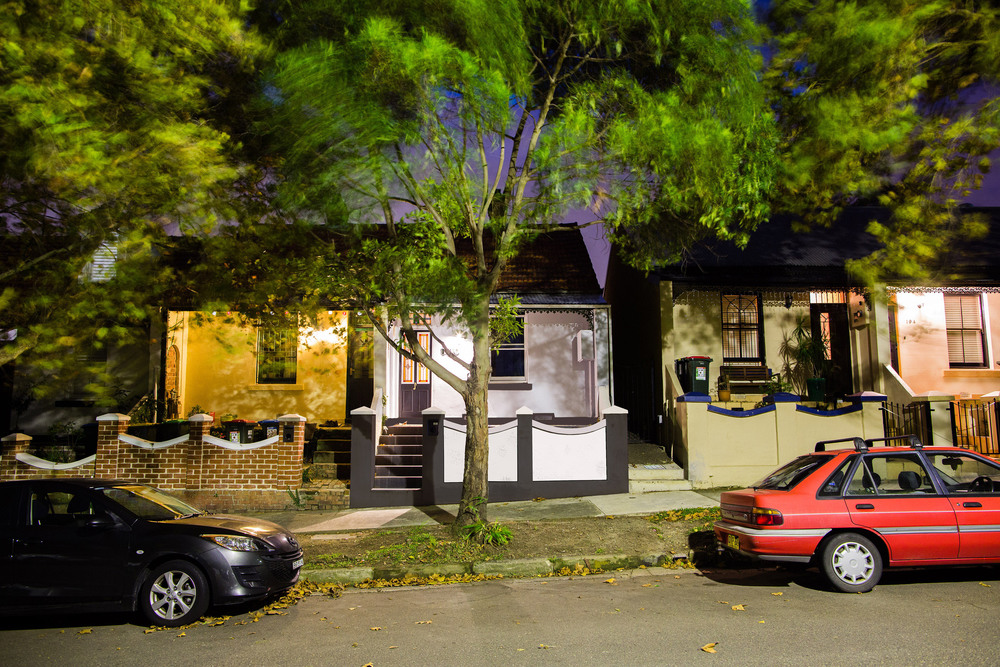 New bricks have also been woven into the project, from the kitchen bench wrapping along the length of the room as a ledge for artwork and modern essentials, snaking outside and bulging to form a BBQ bench before finally dipping down to create a long bench seat. The contrast of old and new is emphasised by painting these new bricks white and juxtaposing them against the reclaimed bricks. 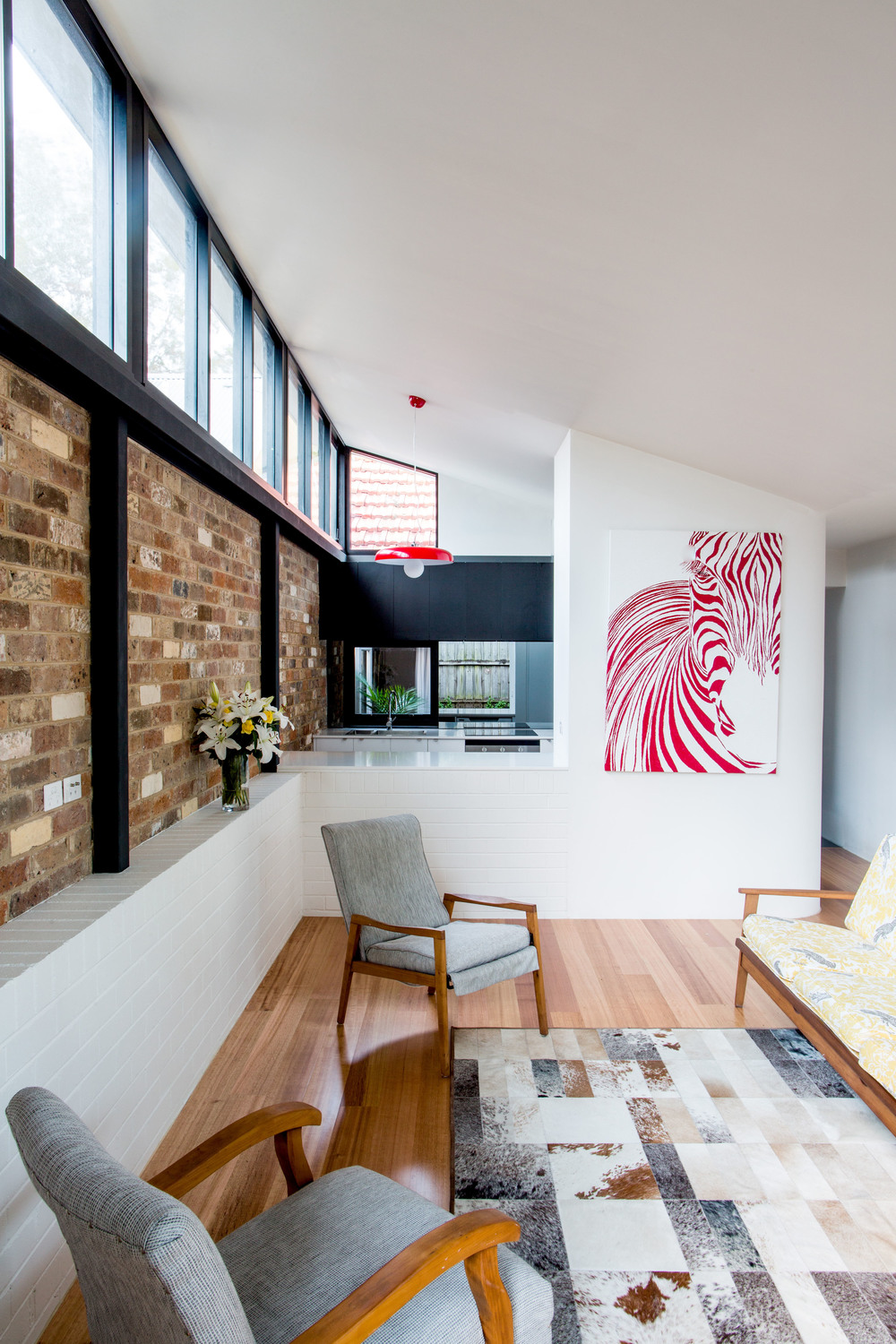 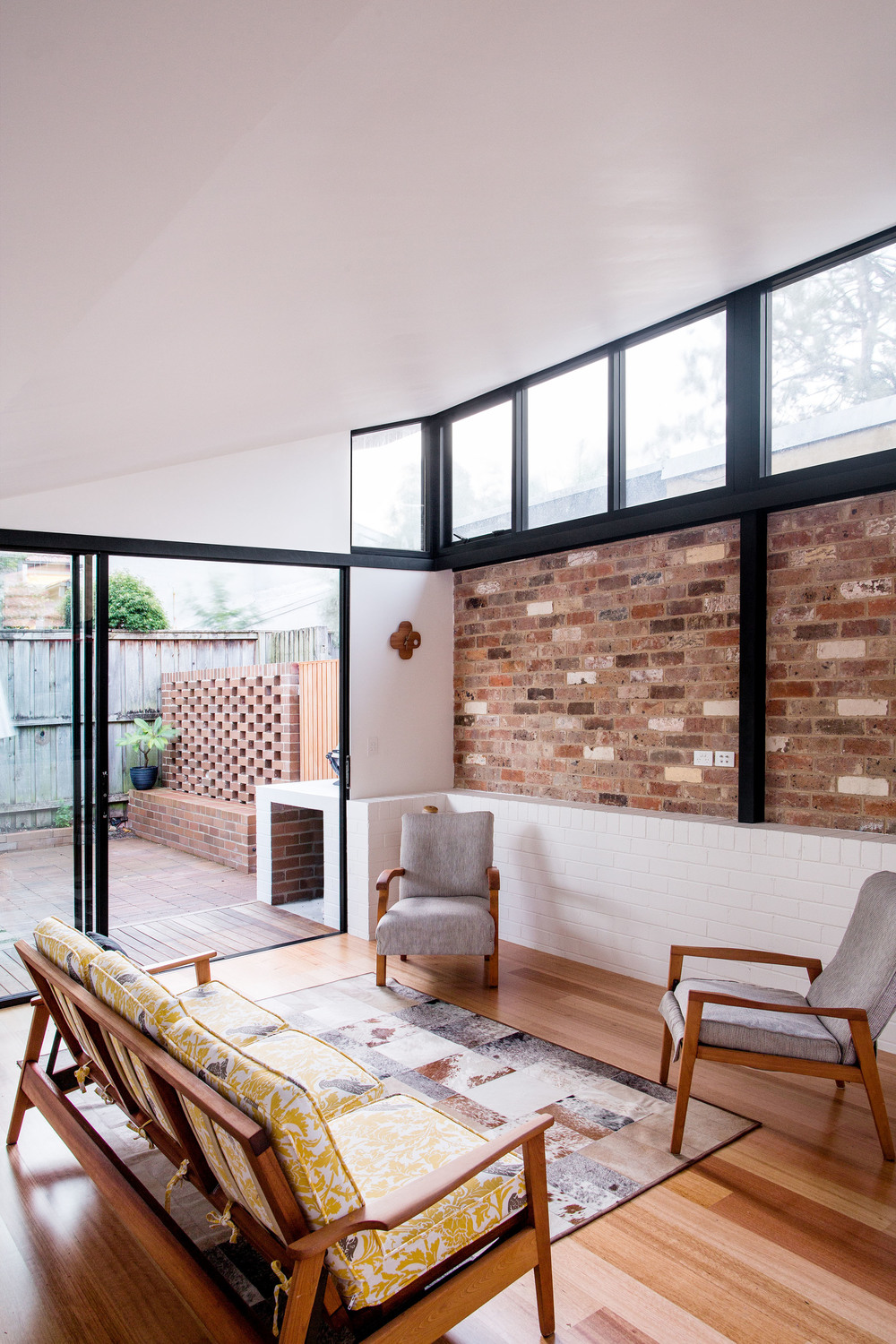 Another application of bricks outside is the brick screen which allows glimpses into a shared laneway behind, helping to visually expand what is otherwise a narrow courtyard. Bricks are also used at pavers in the courtyard and they dissolve into the garden to create a fuzzy edge between the courtyard and garden. 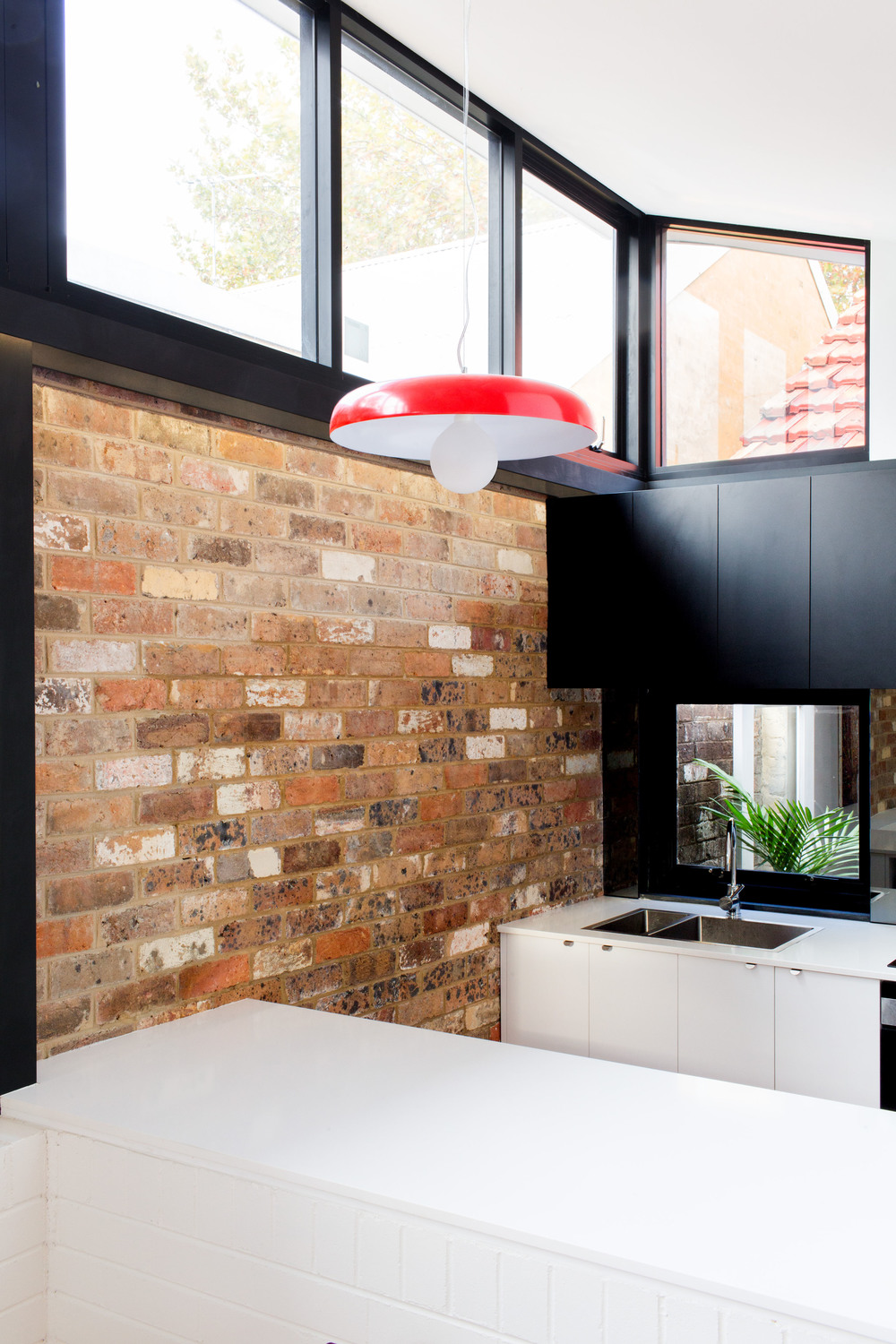 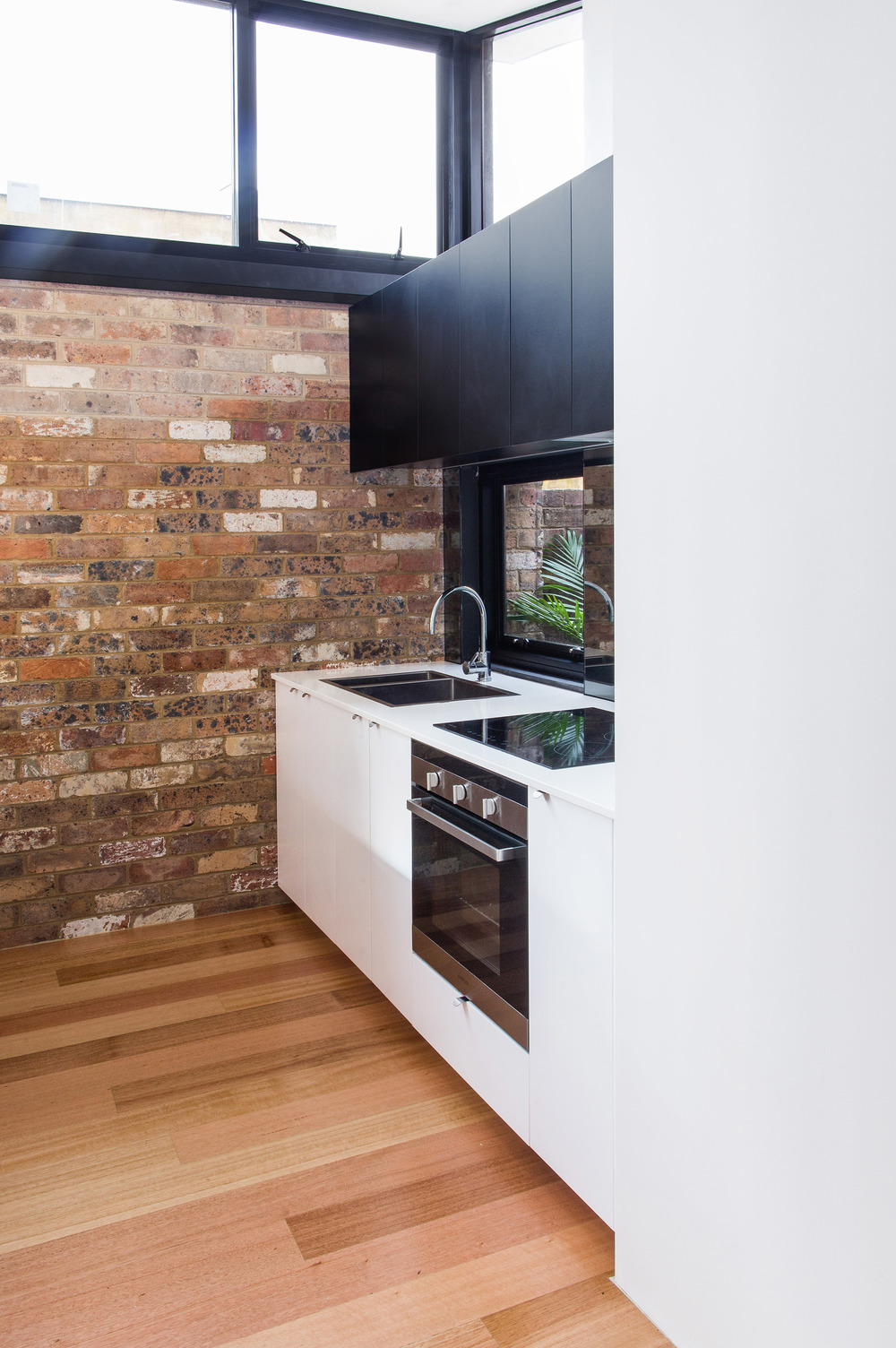 The heaviness and texture of the bricks provides a visual base for a raked ceiling which uses clerestory windows to let in northern light and breezes. From inside the roof seems to float above the brick base. 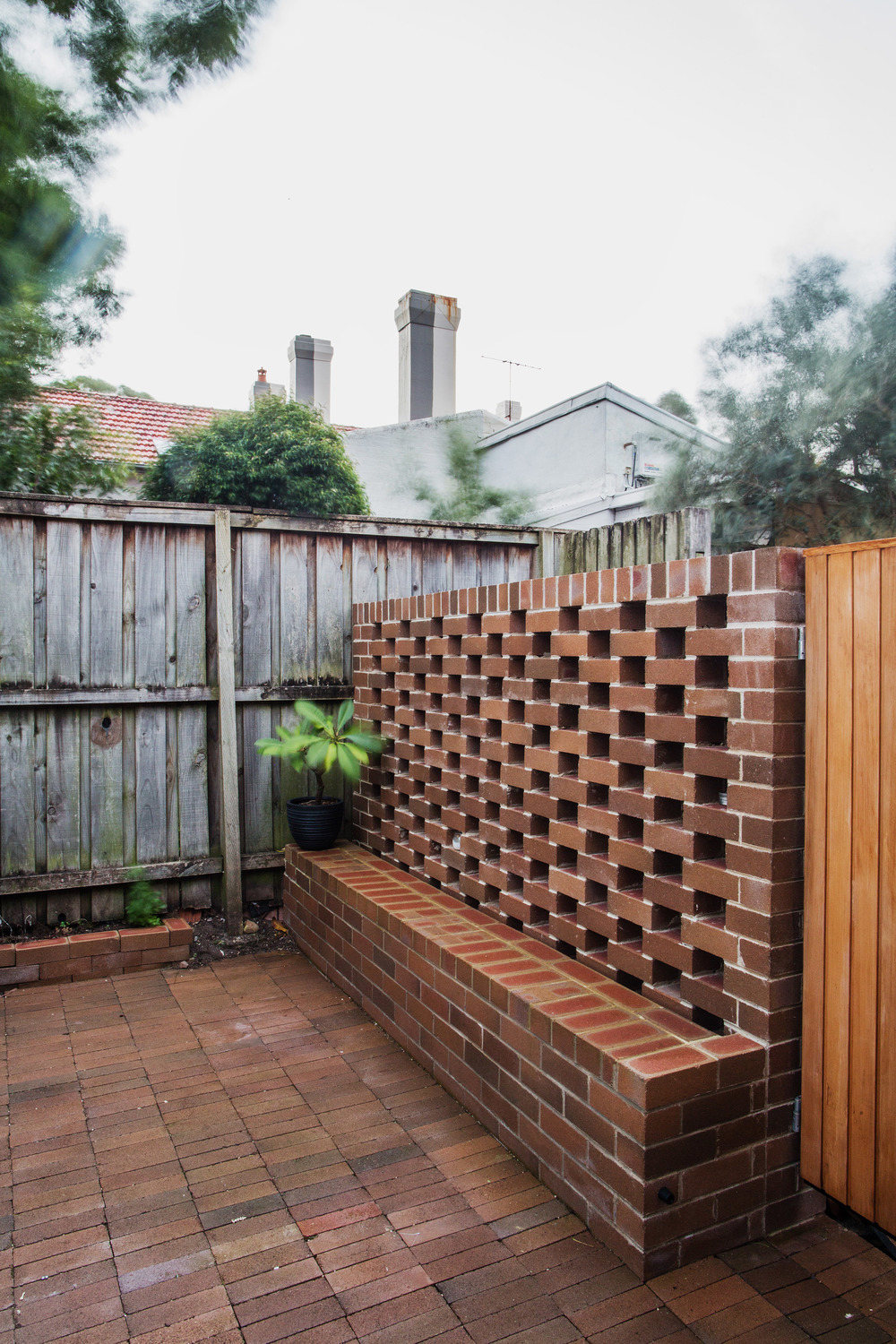 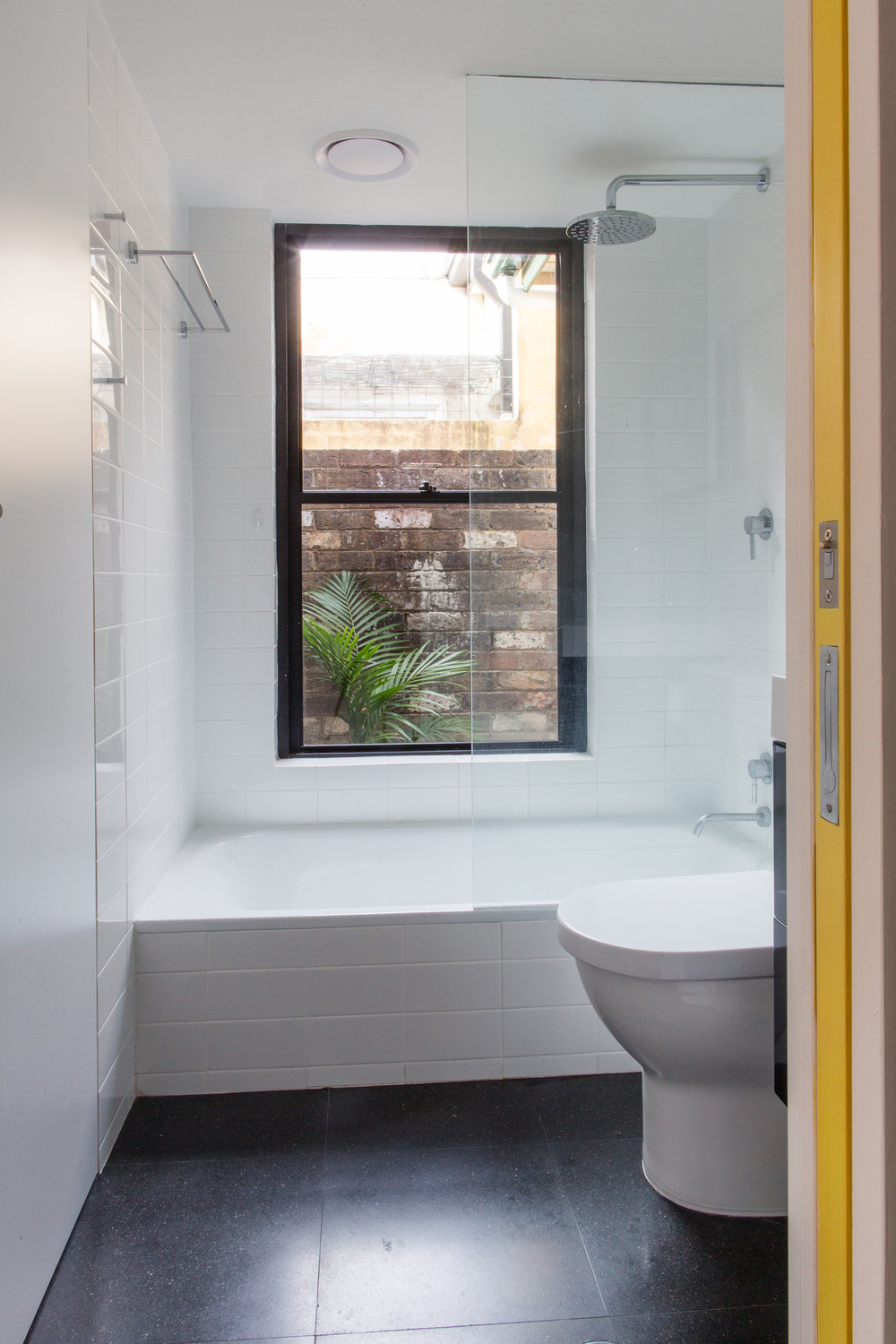 Brick House explored a number of applications of the humble brick, bringing texture colour and solidity into the otherwise monochrome and light-filled home. This project shows us you should never underestimate the power of reclaimed bricks to bring character to a modern project and is a testament to the versatility of this ancient building material.