Internal Reconfiguration Ties Together the Layers of History

This Californian Bungalow in Brunswick, Melbourne had already seen one major renovation, but its relationship to the original home left an awkward dog-leg of an entry, a cramped kitchen and a sense of disconnection between old and new. Jos Tan Architects' challenge was to improve the living areas and bathrooms within the existing shell of the home while tying together three layers of history - the early 20th-Century original, the late 20th-Century addition and the present alterations... 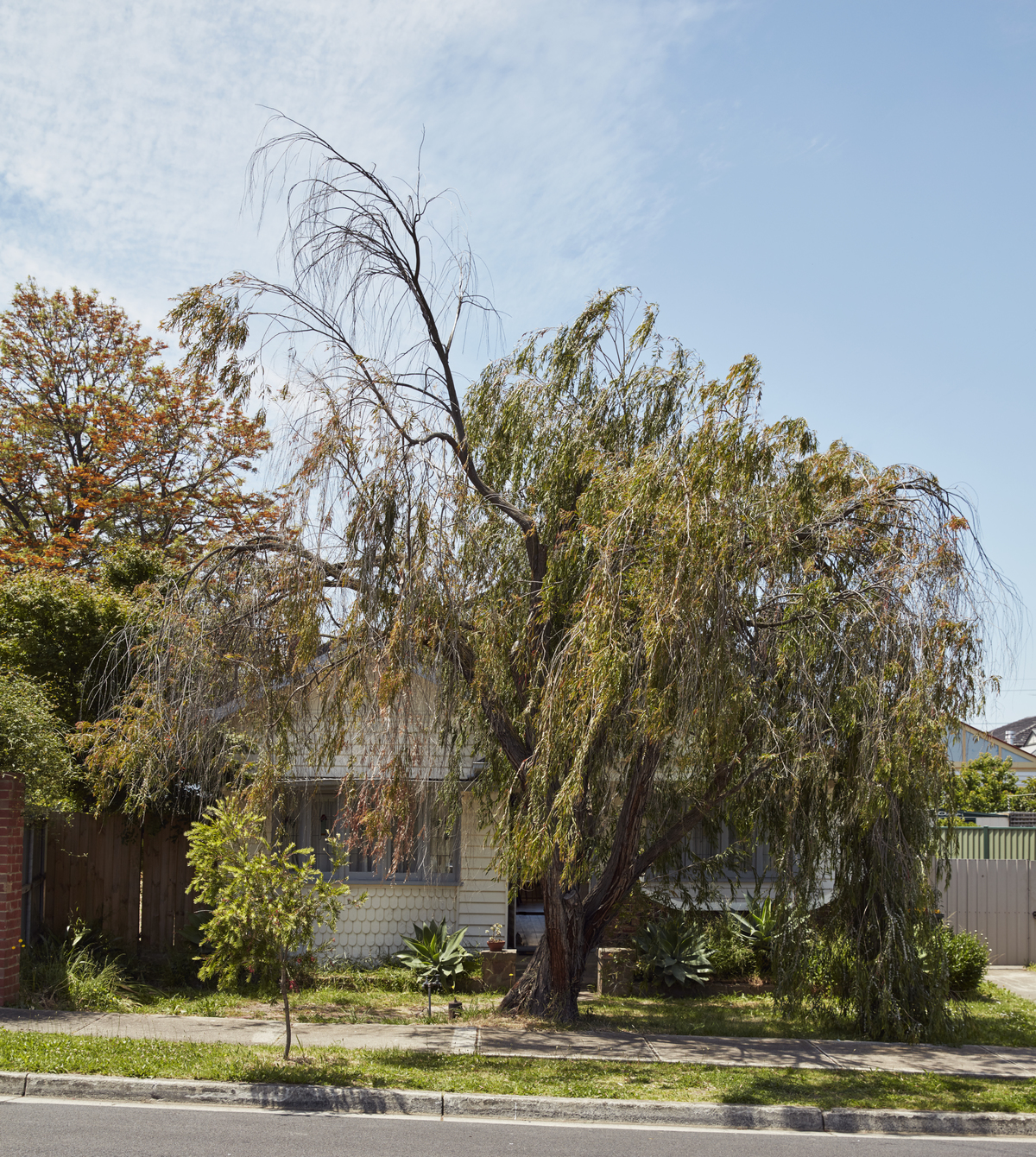 Looking at the cumbersome floor plan, Jos Tan Architects developed a clever strategy to increase the size of the living area, whilst simultaneously creating a better relationship between old and new.

"To increase the size of the main living space and reconnect the rear of the house with the front, the central wall was moved in line with the existing entry wall. This also allowed for the west bathroom to be turned into an ensuite, and brought a lot more light into the entrance hallway." - Jos Tan 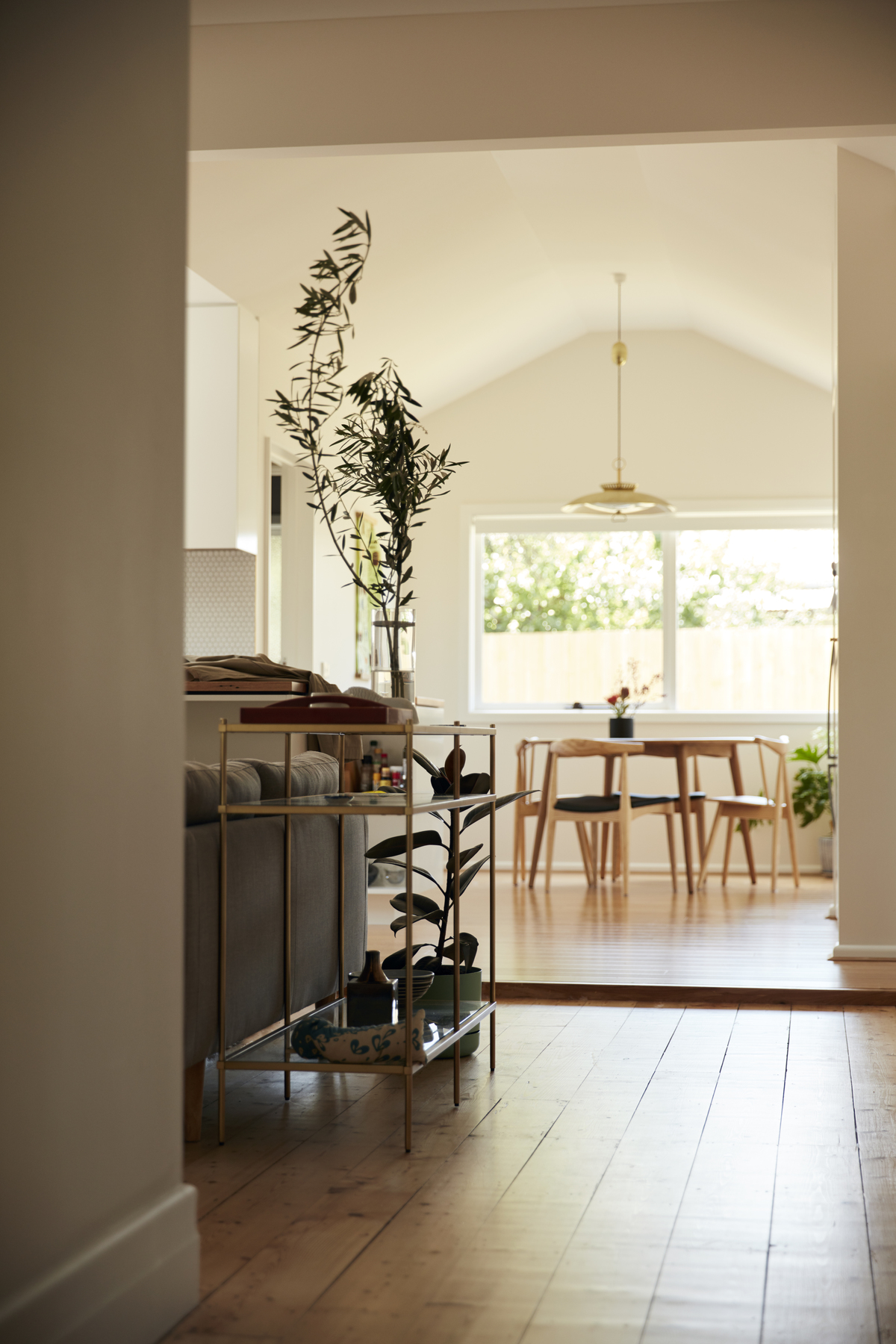 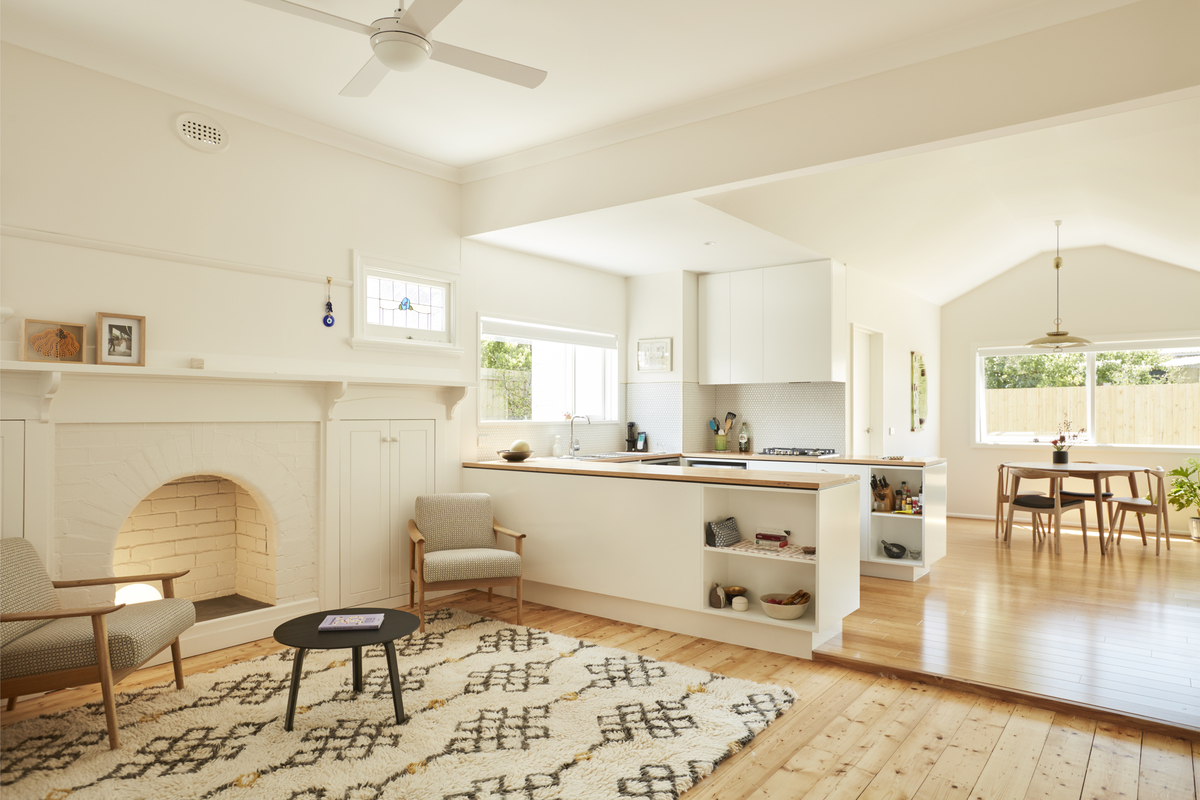 A new kitchen takes advantage of the increased space in the living area by increasing bench and storage space. A new pantry and refrigerator space was tucked into the wall between the kitchen and study. Open shelving at the ends of the the kitchen benches balances the space, echoing the rhythm and proportions of the home's original features. It is also a subtle reference to the scale of the old kitchen, adding another layer of history to this home. The new kitchen is spacious and practical and sensitively defines the dining and living area in the open-plan space.

The existing East bathroom was re-planned to create seperate bath and powder rooms, without having either open directly onto the dining area. 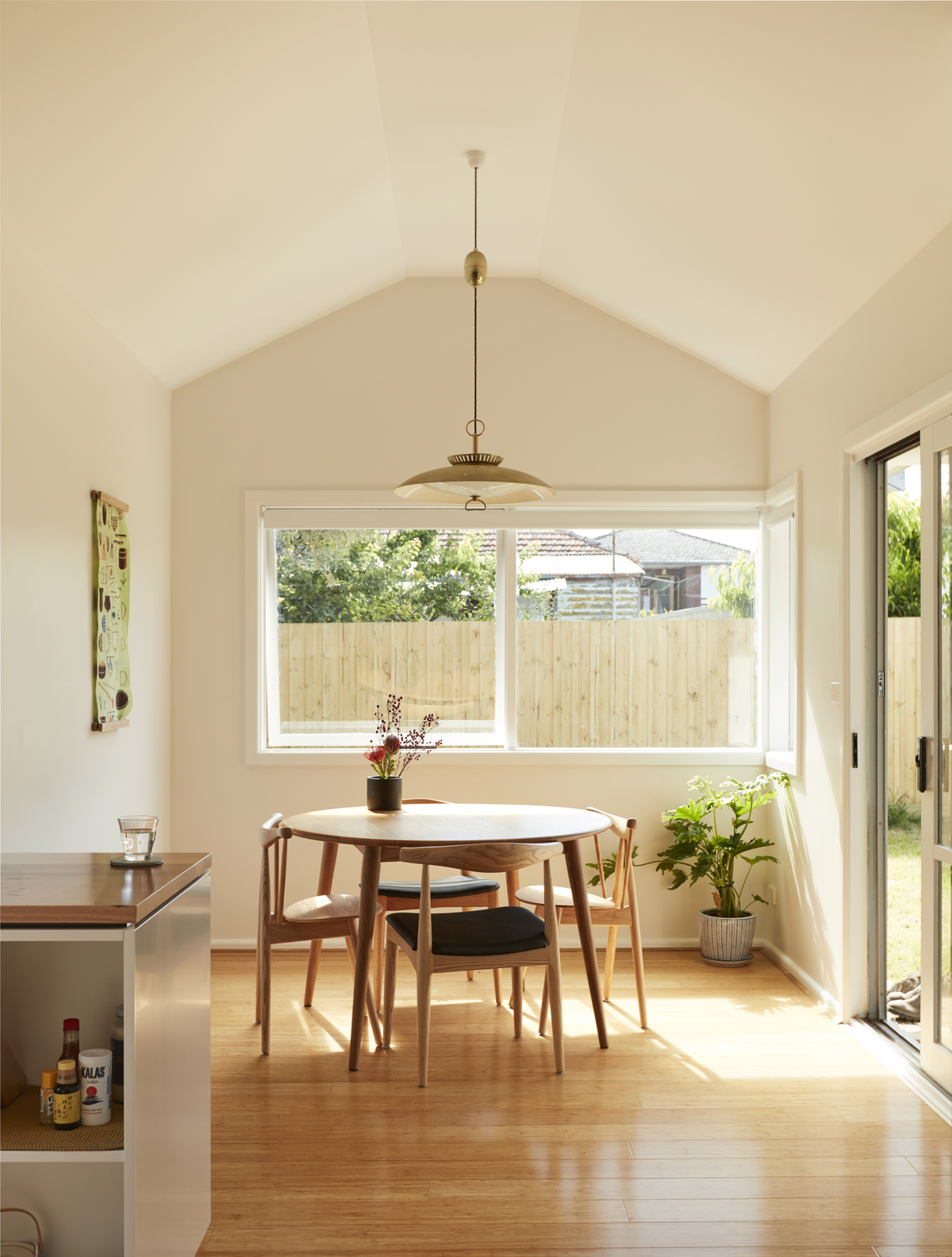 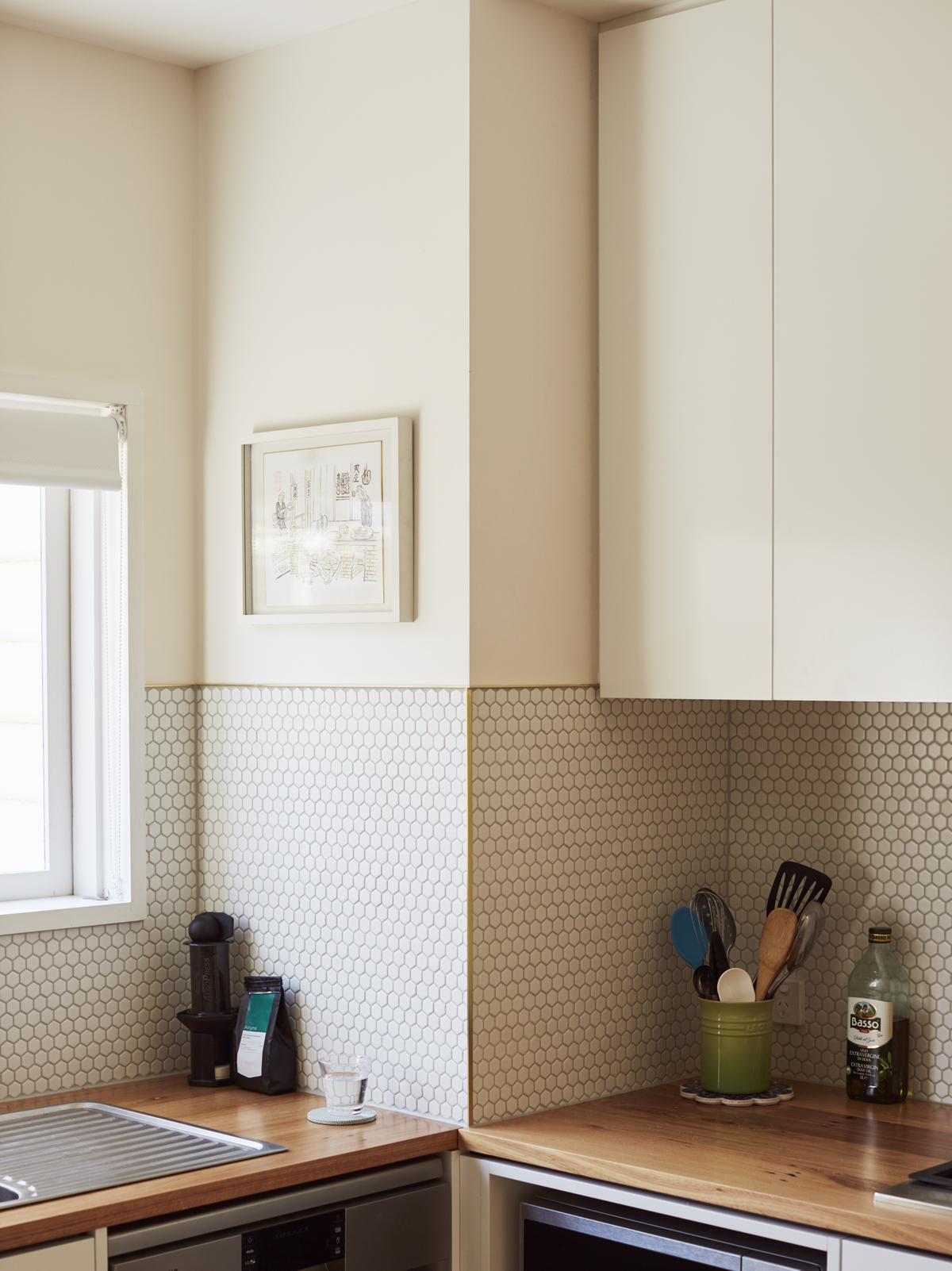 "Sitting at the end of, and in some ways in between two eras, we decided that restraint was called for in selecting new materials and finishes. We opted for simple geometric shapes and classic patterns to complement, and not compete, with the existing art deco features and the previous renovation." - Jos Tan 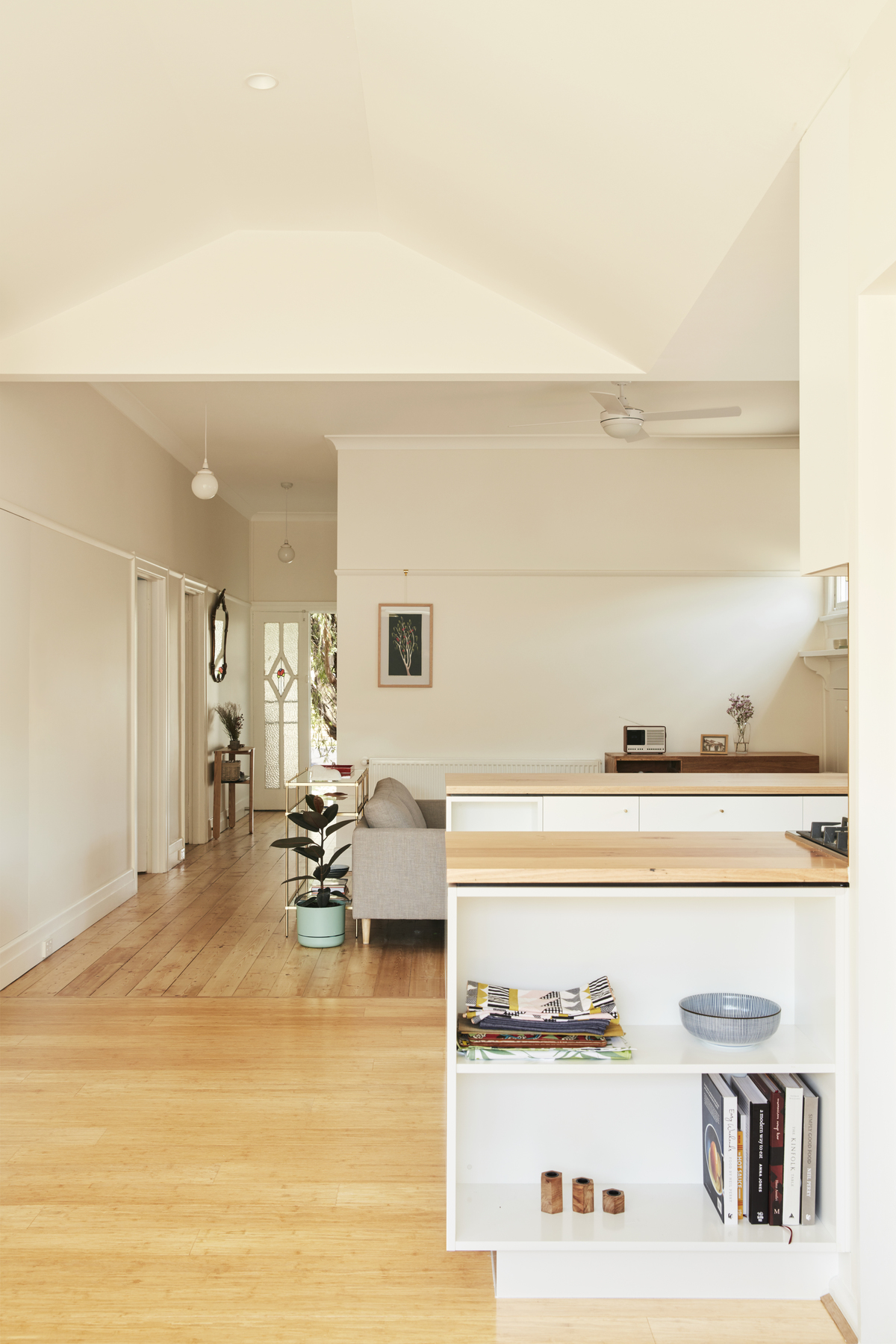 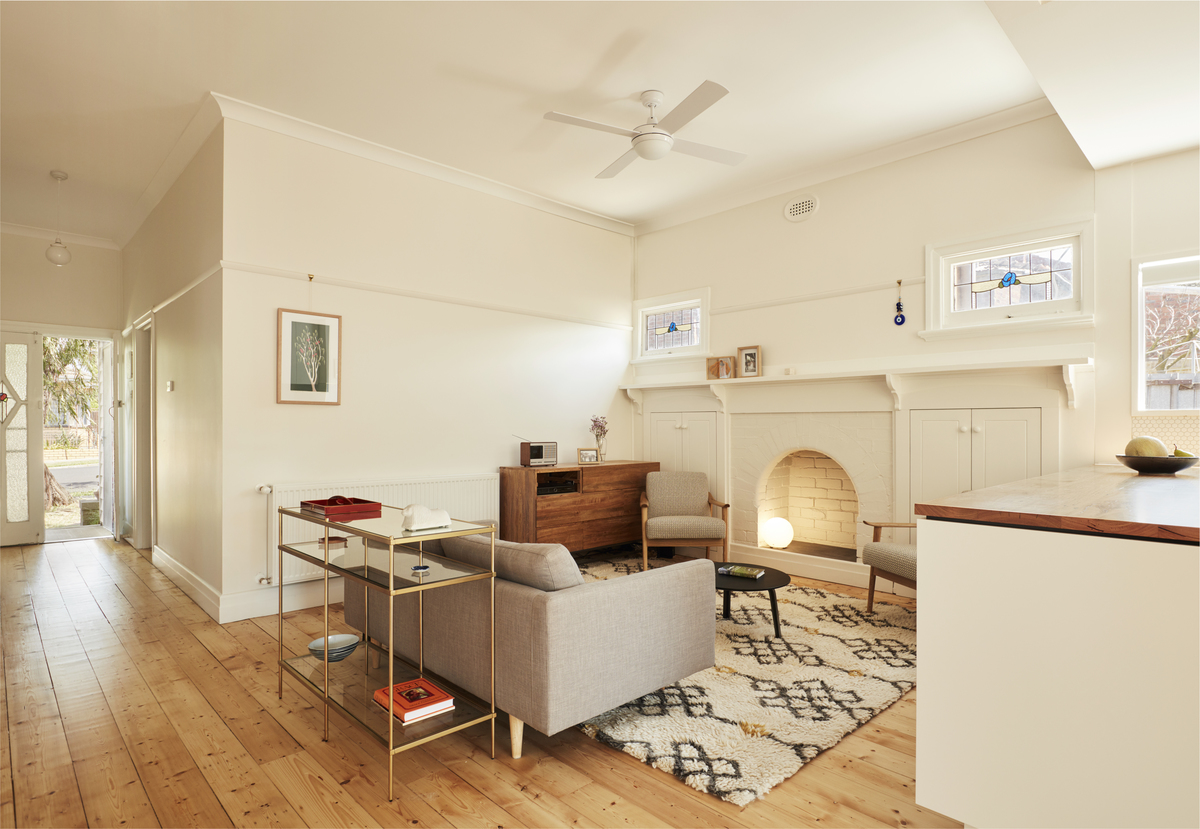 Most of the home was repainted in white which ties old and new together. In spite of this minimalist approach to palette, the architect has added thoughtful details like custom-plated brass knobs which add another layer of history and personality to the home and make it feel "a bit more special". 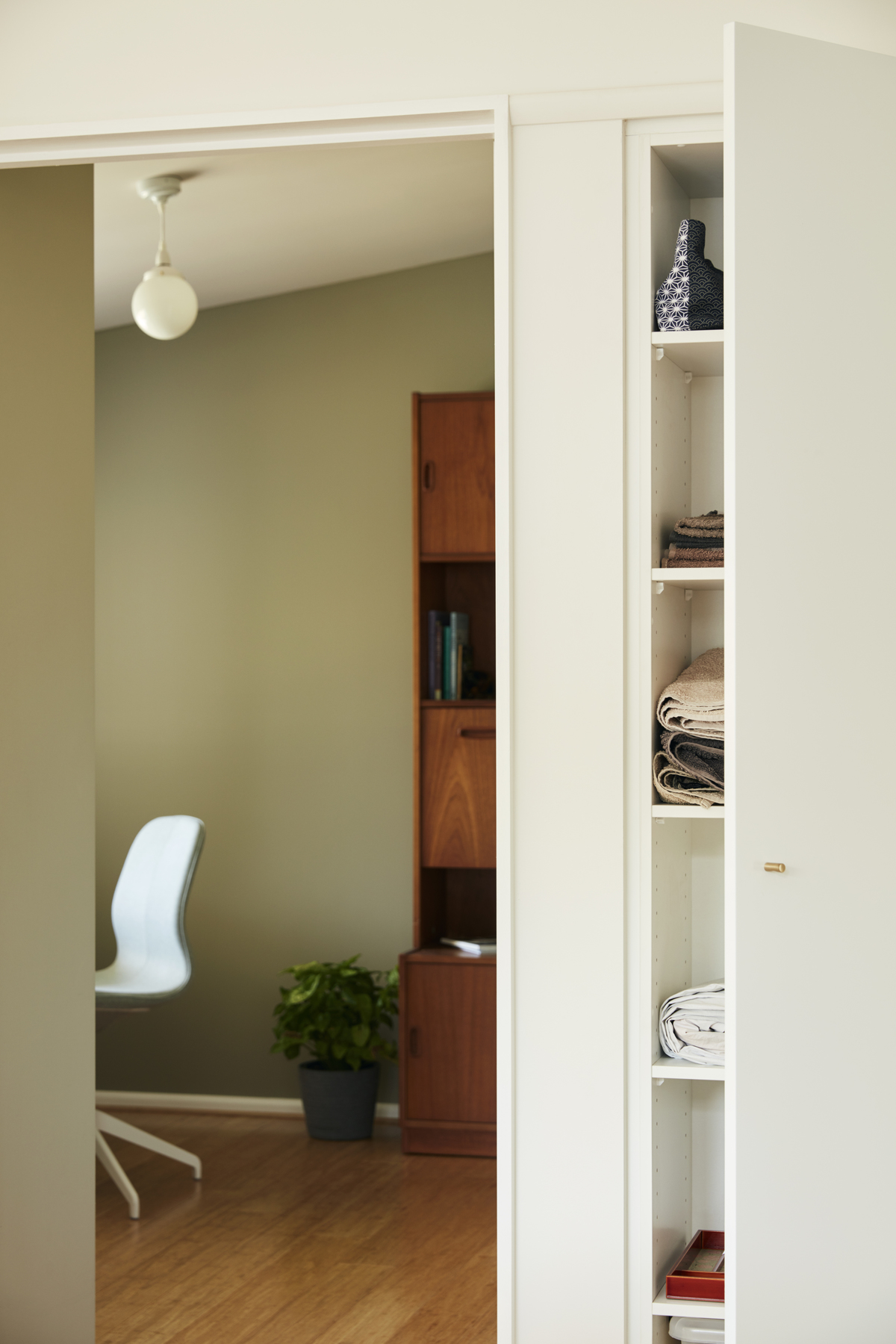 The study is also unique. Both the architect and client felt from very early in the project that the study should feel different to the rest of the home. Painted in Dulux ‘Pebbles’ the study has a sense of tranquil retreat, highlighting the dramatic impact colour can have in the home. 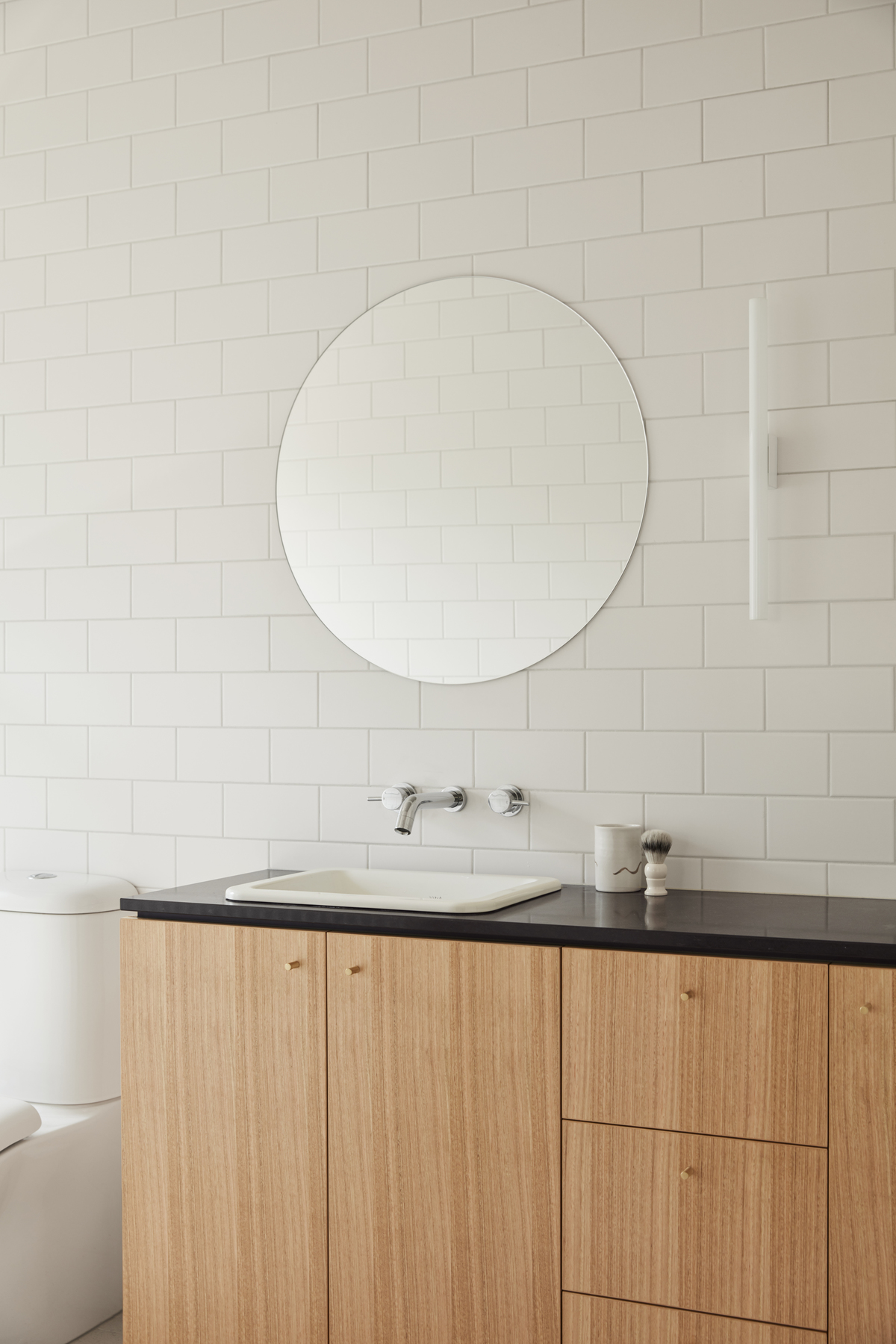 Without physically enlarging this home, the architects have demonstrated the benefits of thoughtful reconfiguration. Now filled with extra light and with a streamlined and practical floor plan, this home feels larger. These simple but inspired alterations have created a home more suited to a modern family. 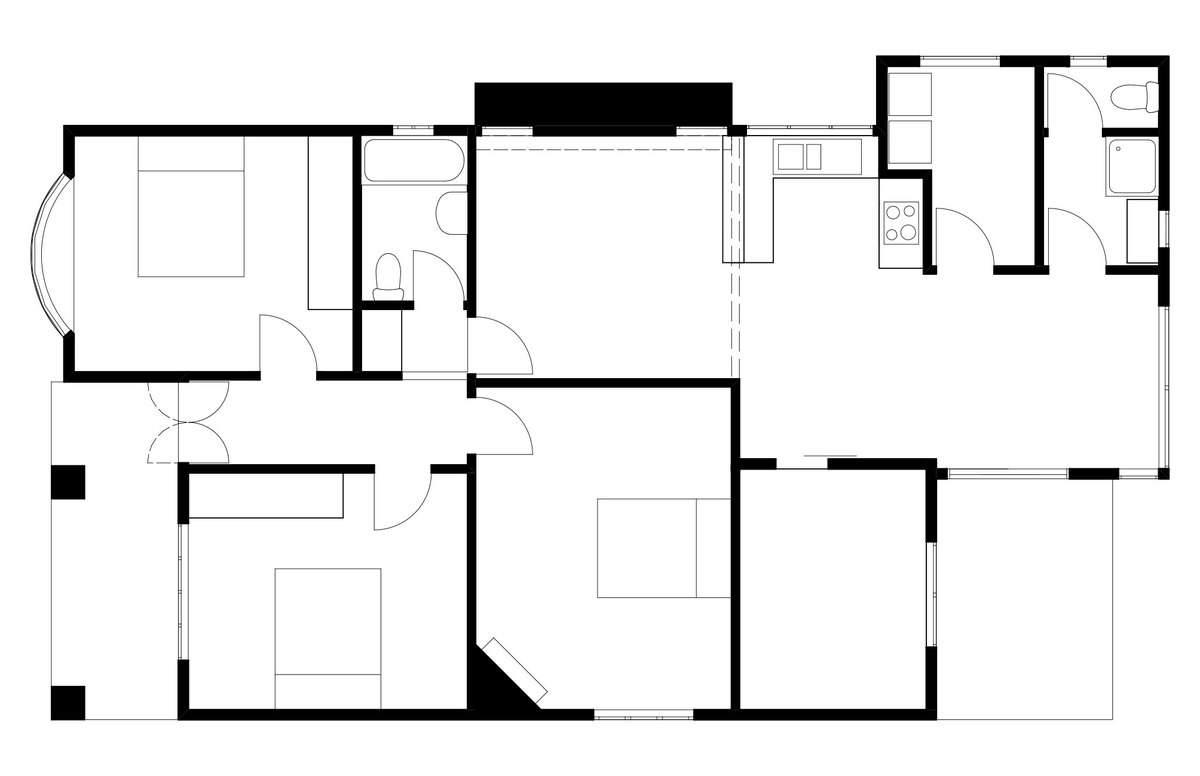 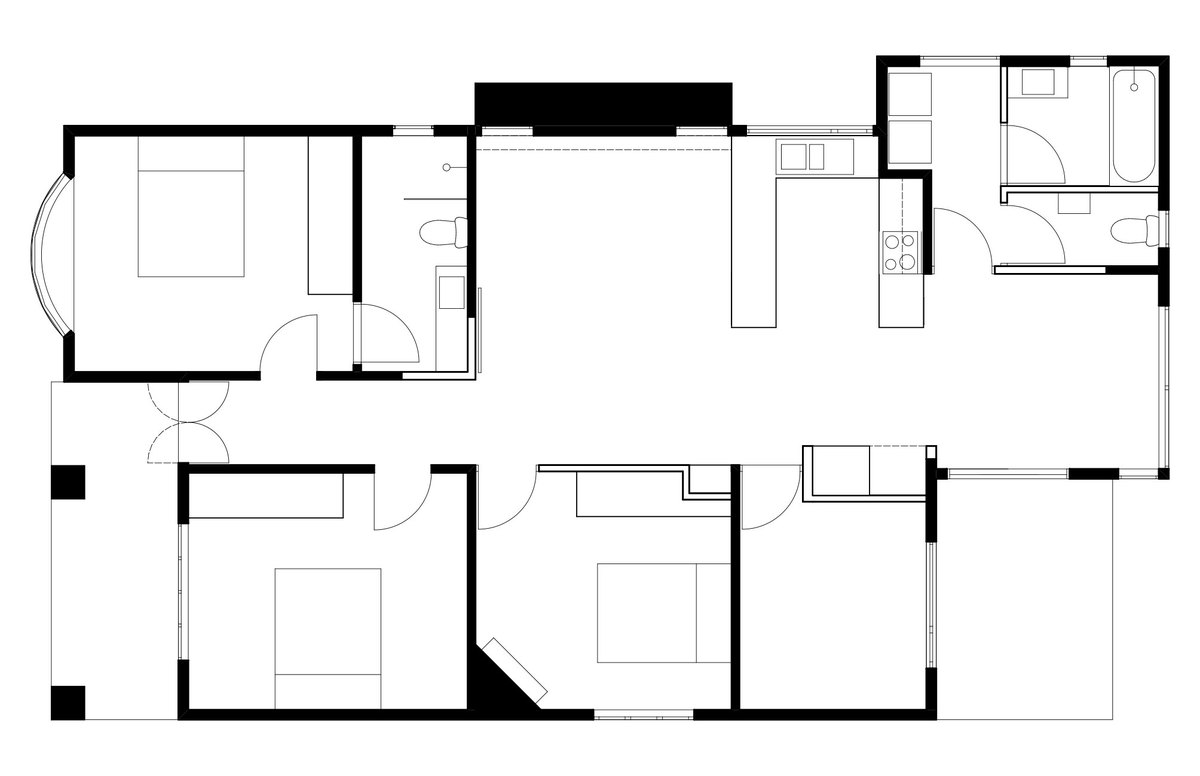 Tell us what you love about Brunswick Californian...