Even an extremely small house extension can make a massive difference to the quality of life for occupants. Sometimes a simple rearrangement of space and extra storage is all that's really needed to transform the functionality of the home.

Like many terrace houses in inner-city suburbs, Camelia Cottage originally had a number of add-ons that had been built at various times. 4site Architecture instantly realized that this house didn't need another whole room extension -- all it needed was a simple rearrangement and small addition.

With a very tight budget, 4site Architecture cleverly minimized the extension and concentrated on reorganizing existing space to be more usable and comfortable -- getting the biggest bang for buck. 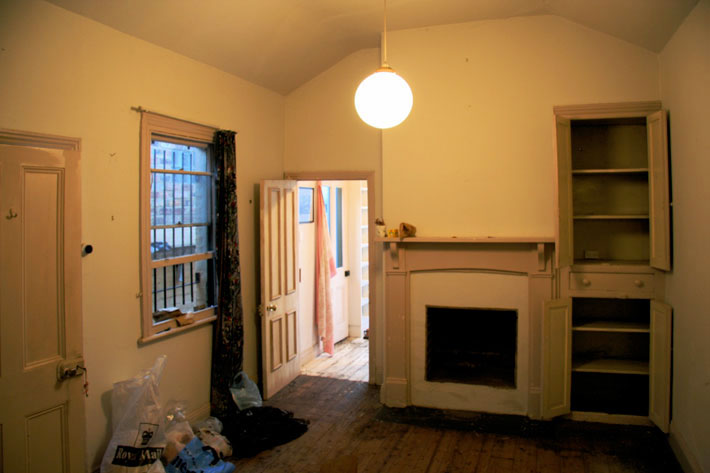 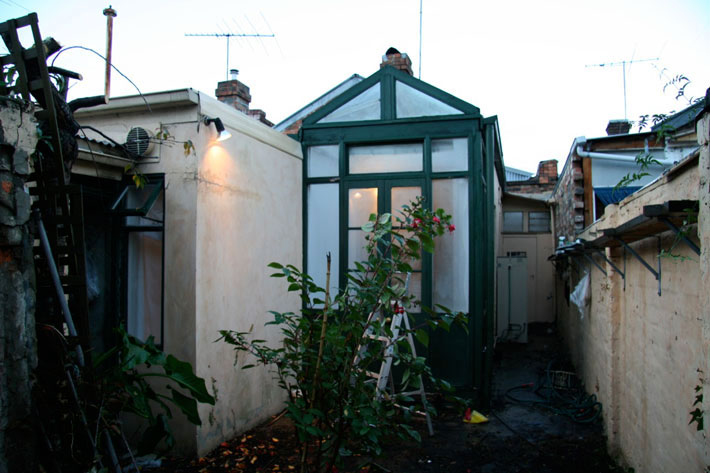 The before photos show a classic inner-city scenario -- several 'layers' of ad-hoc additions that don't work as a cohesive whole.

Minimizing the works to reduce costs, the Camelia Cottage project retains the previously added toilet extension. The focus of the renovation was to arrange internal spaces so they worked well together. 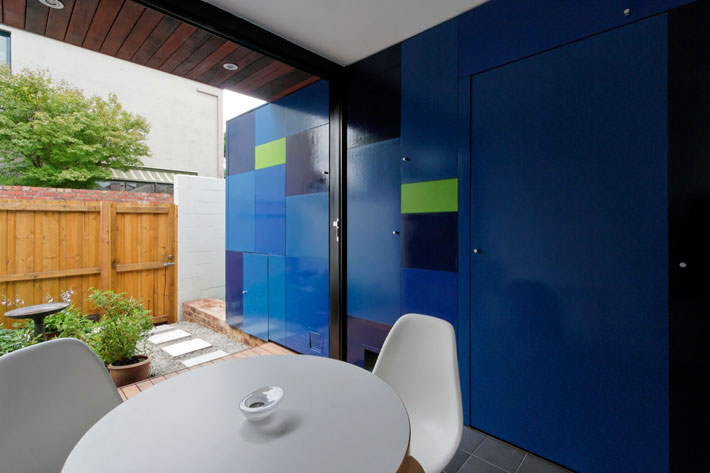 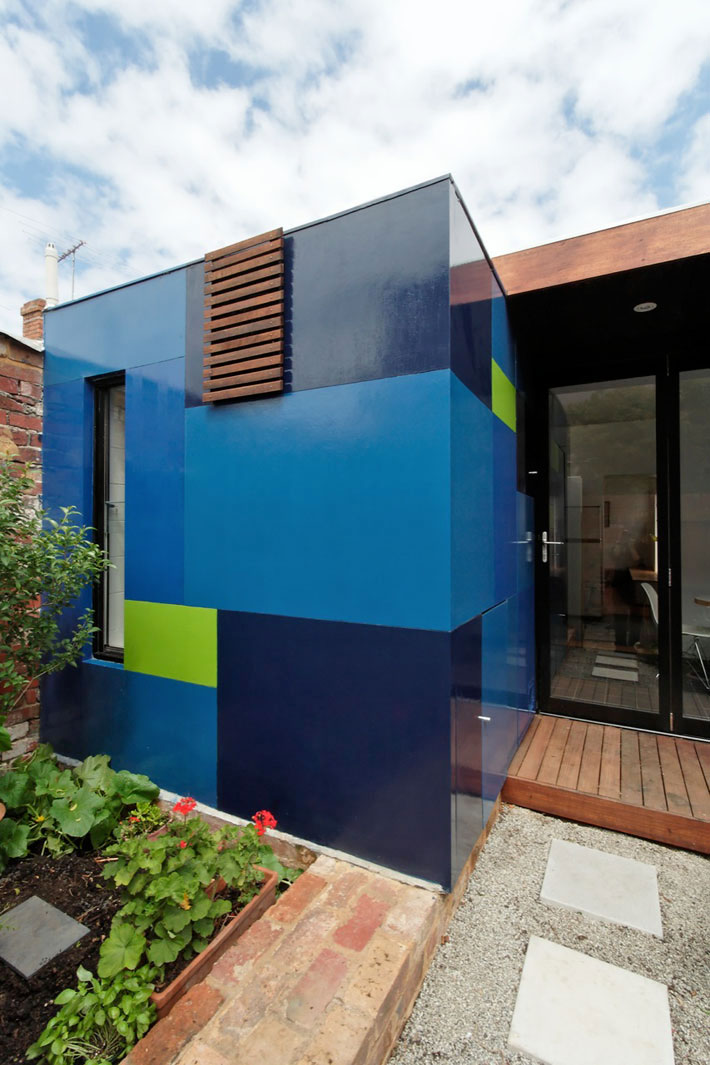 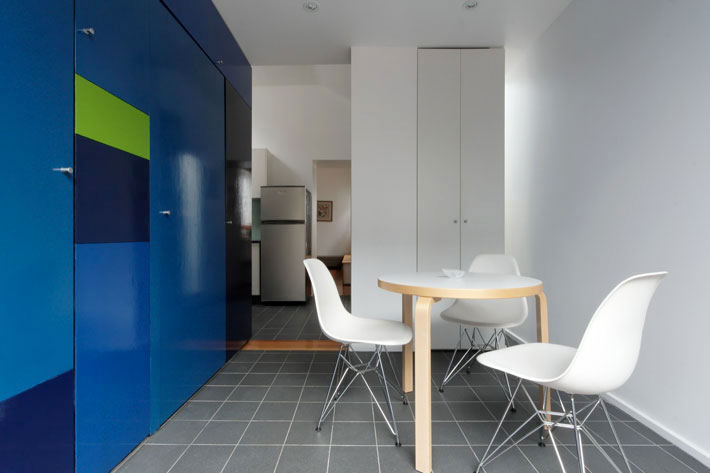 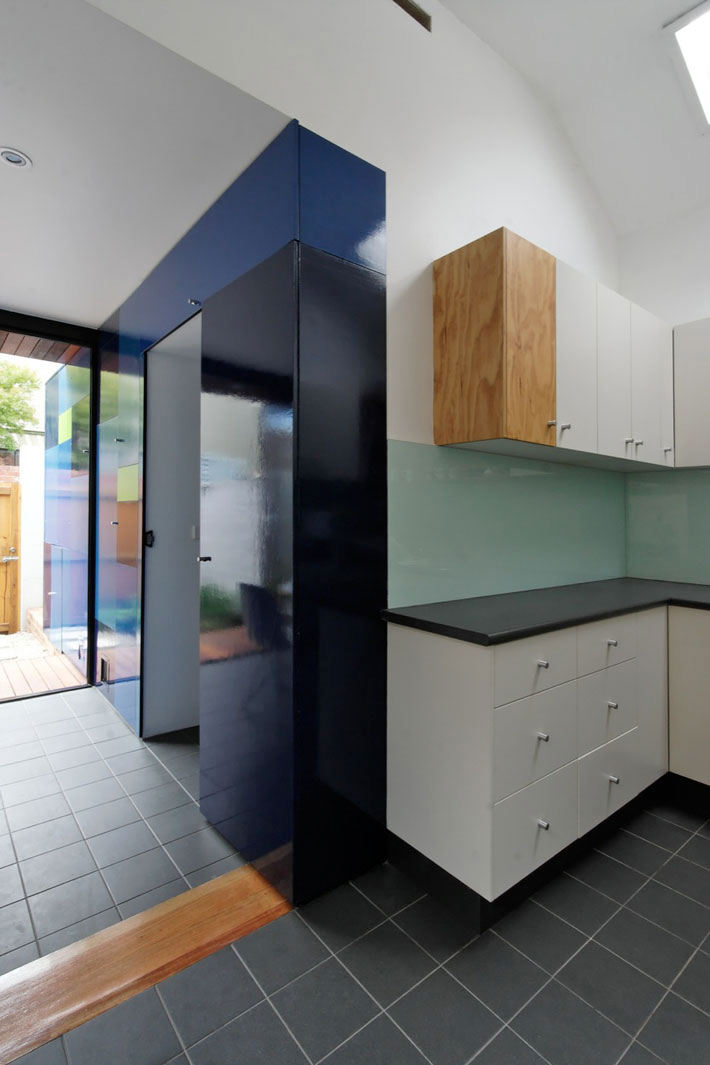 "Whilst respecting the quality of space in the existing terrace house, the design aimed to give a clear indication that this is a dramatic insertion at the back of the property at this point in time. A blossom in the monotonous heritage green, salmon pink, beige and corrugated sheeting urban landscape." -- 4site Architecture

Wrapping around the existing toilet extension, a new colorful joinery unit has been added. The colorful skin isn't just for looks, it contains tons of extra storage both internally and externally and also visually connects indoors and outdoors. This draws the eye from to the outdoors, making the small house feel more open. The treatment of this joinery 'box' is broken into smaller segments of varying colors so the extension's bulk doesn't feel too monolithic. 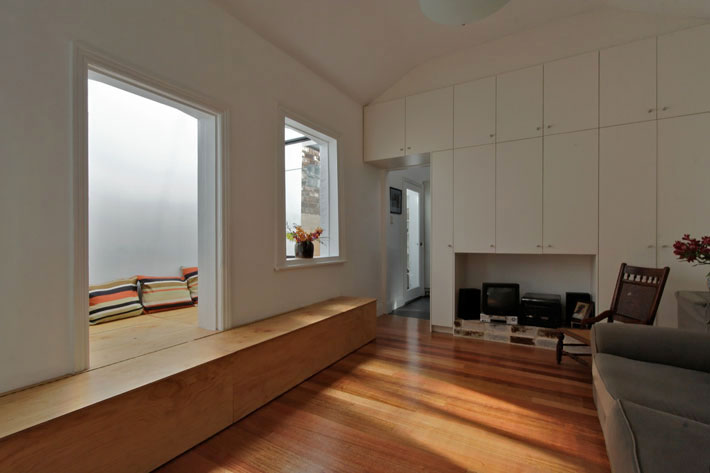 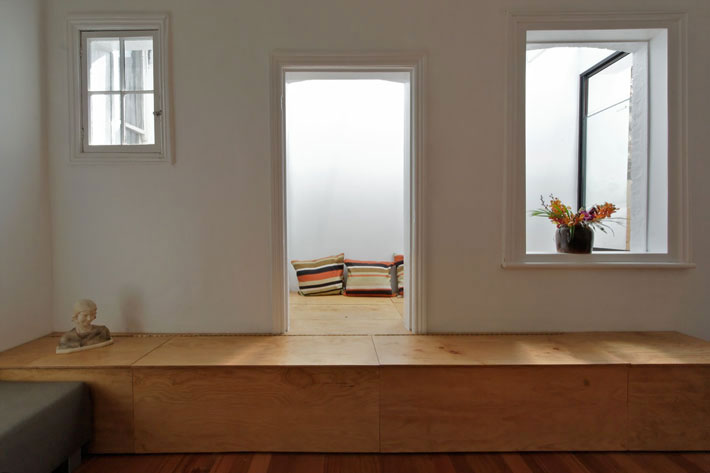 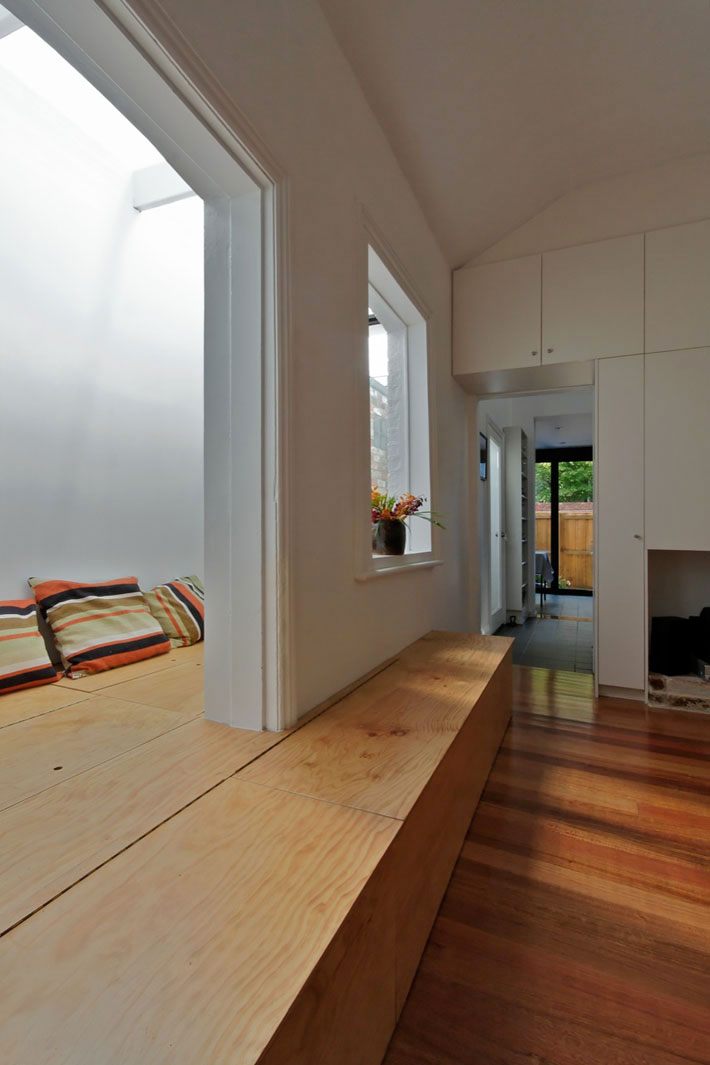 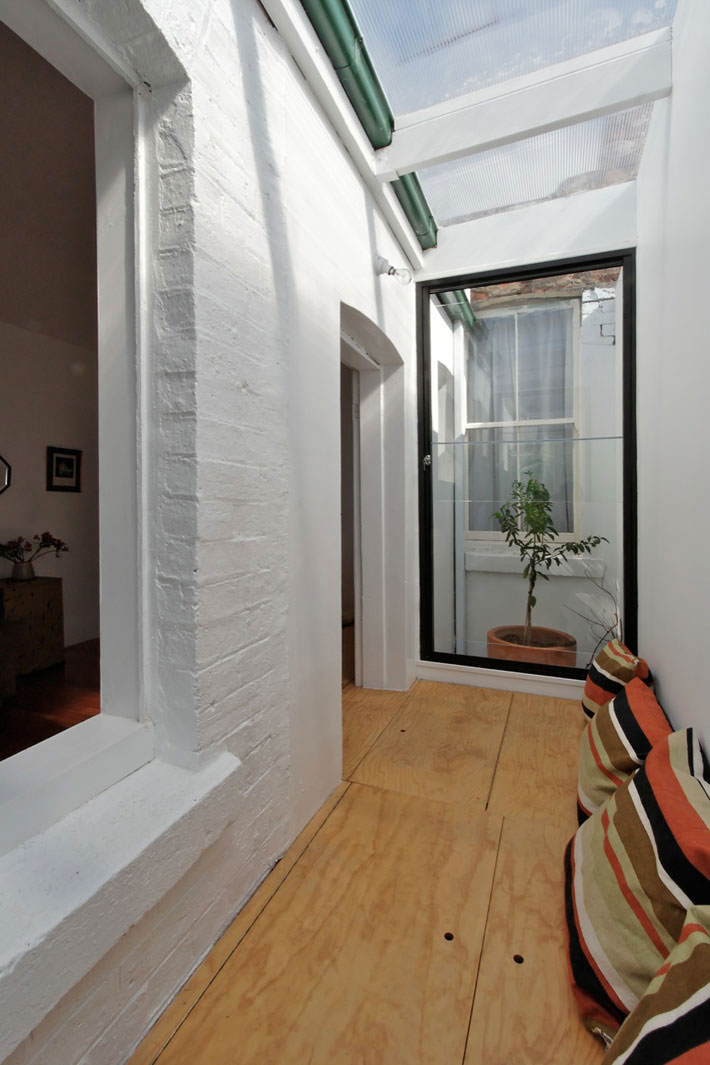 The windows in the Late 19th Century living room once again act as the source of natural light with the new built to boundary wall and lean-to, which acts like a lightwell, reflecting light back it the space. It now also provides light and ventilation to the previously blocked bedroom window. A storage platform flows from the new lean-to into the living room and provide additional built in seating.

It's a simple space that's perfect for enjoying the sun and squeezes the as much space from the tight site as possible. 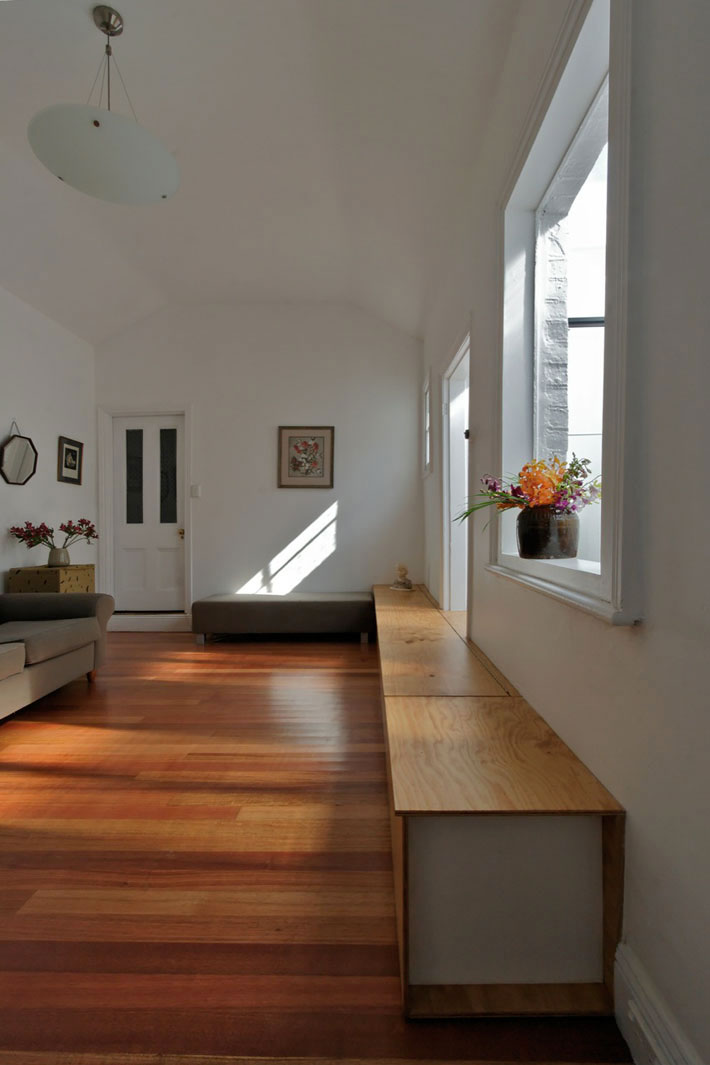 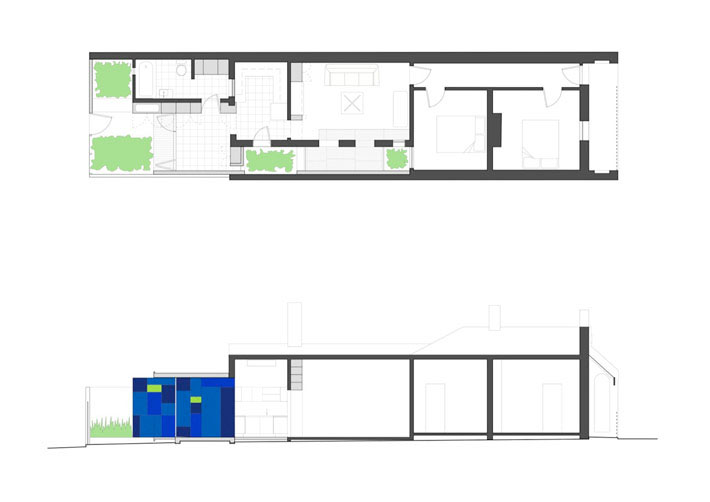 A Small (But Effective) House Extension

Camelia Cottage is a tiny project executed on a minuscule budget. The lively makeover demonstrates the benefits of reconfiguring existing spaces, rather than simply adding more space. For its size and budget, 4site Architecture have transformed the tiny cottage into a light, functional and fun space.

Even a small house extension can have a massive impact.