A Home That Takes Its Inspiration From an Ancient Landscape

Many homes in sub-tropical Brisbane use light-weight materials and hover above the ground much like the traditional Queenslander which is excellent for increasing ventilation and capturing prevailing breezes. Inspired by the surrounding landscape, Couldrey House, designed by Peter Besley from Assemblage takes a completely different approach, but finds benefits in being heavy and connected to the ground on which it sits, both literally and figuratively... 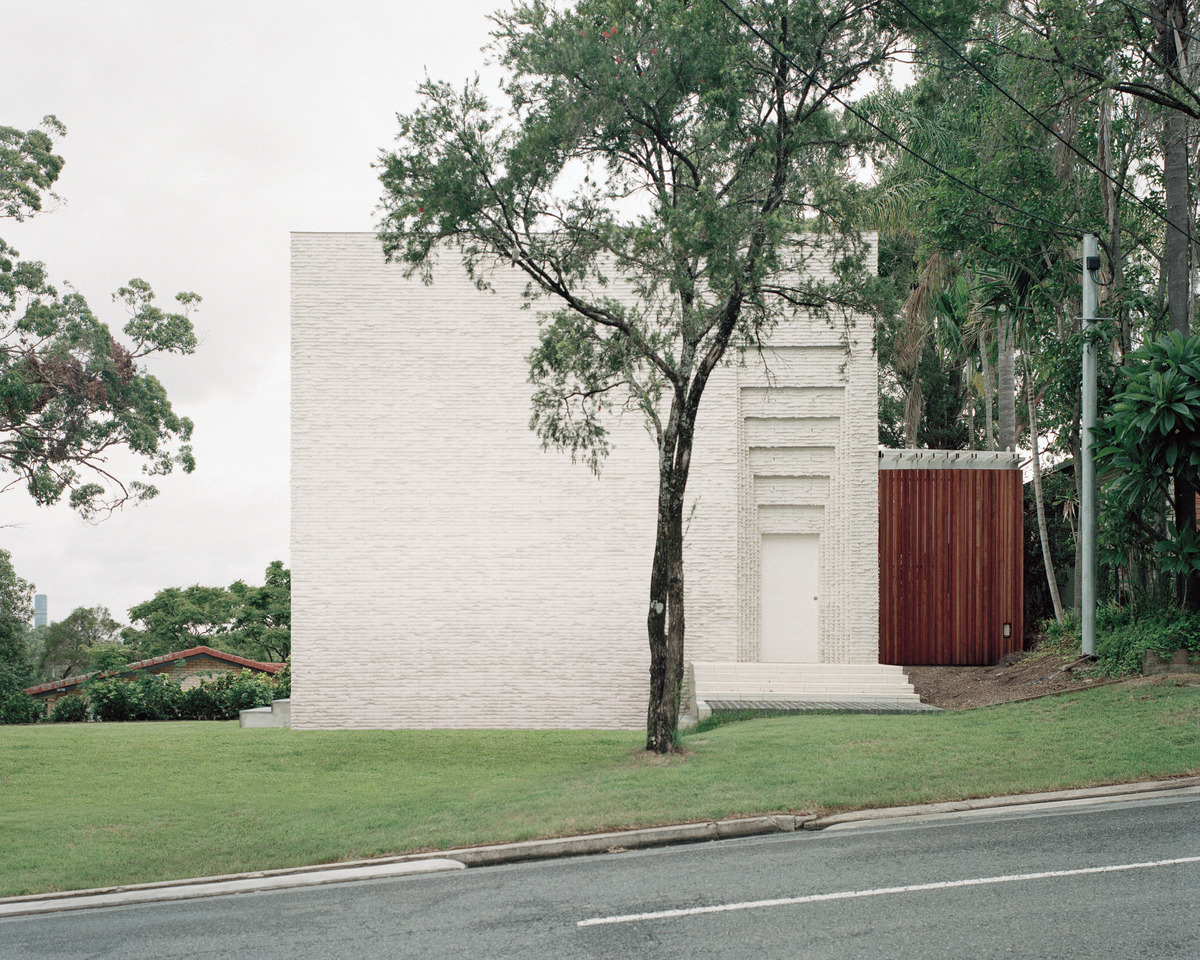 Set on a spur in the foothills on Mount Coot-tha in western Brisbane, Couldrey House is inspired by the surrounding landscape. Mount Coot-tha is a "massif formed by granite movement in the late Triassic period", explains Peter. "It is an ancient and enigmatic place, if not always seen so by people who live there." So, rather than taking the traditional approach of a light-weight home, perched above the land, Peter created a monumental home of brick and concrete as an extension of this ancient outcrop. 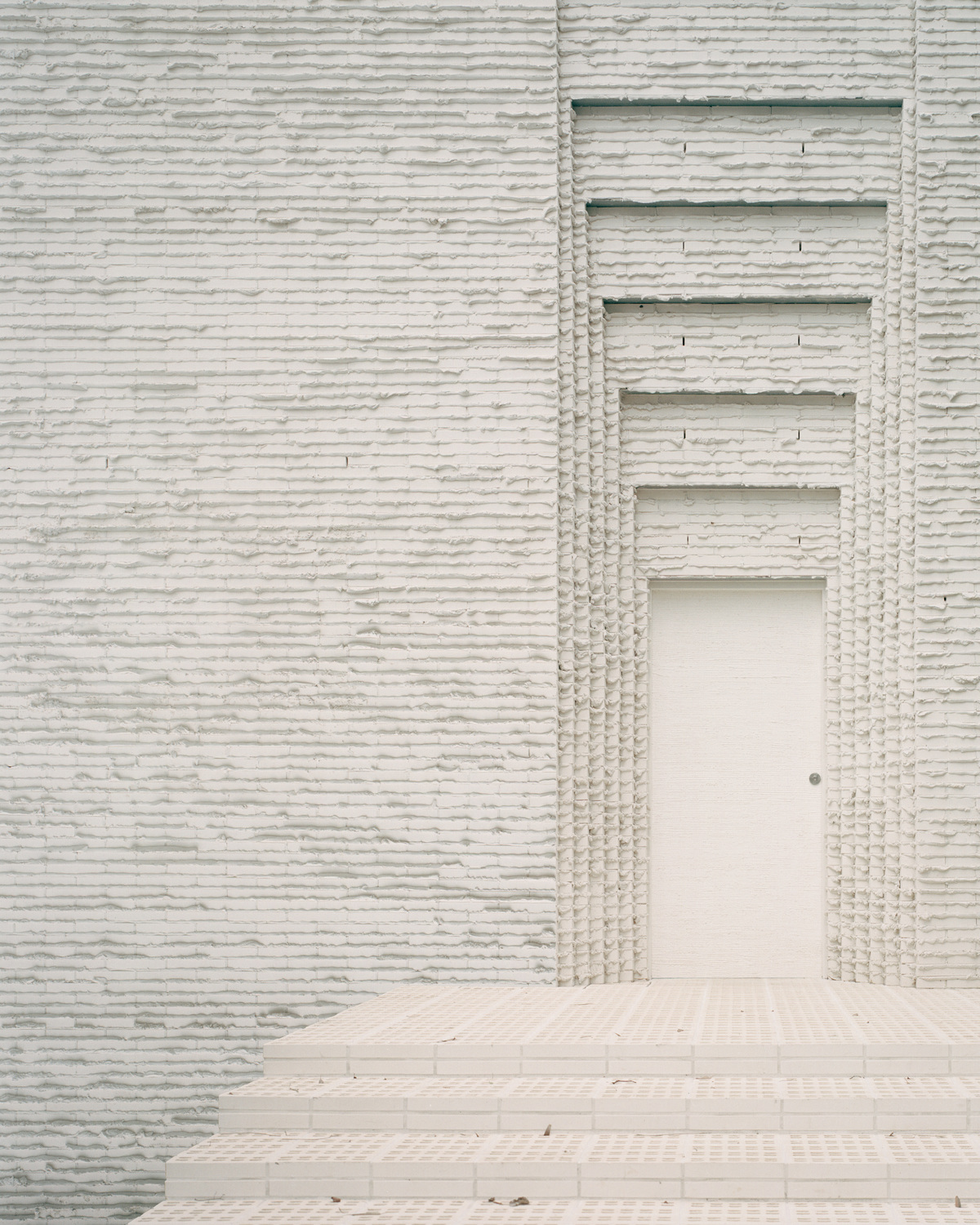 "Using masonry was an early decision", explains Peter. "The building is designed to be immensely heavy... Around the great mass of the house, I have wrapped a brick envelope, shaped in a simple rectangular prism closed to the west and south and open to views and breezes to the north and east. I chose a thin, long off-white brick and complemented this with a matching white mortar. No windows are made in the elevation to the harsh western aspect, in this case also the street frontage. The brickwork is instead folded in concertinas in a scale play around the main entrance door, which catches the afternoon sun."

"A distinctive feature of my brickwork design", Peter explains, "is the extruded mortar 'snots': the approach of allowing excess mortar pushed out of the joint in the laying to remain, and to not strike it off." This creative approach to the brickwork achieves a couple of key things: it creates a strong, organic, horizontal pattern across the home's facade while also making the brickwork look more like a single, solid mass rather than individual blocks. It also catches the sunlight to create a facade the has depth and changes appearance during the day, much more like a natural feature rather than a man-made object. "People have likened the brick elevations to tree bark, for example, or sedimentary rock", Peter says. "Children prefer to see it as cake with icing." The building is designed to get better with age and it weathers, taking on the patina of the landscape. 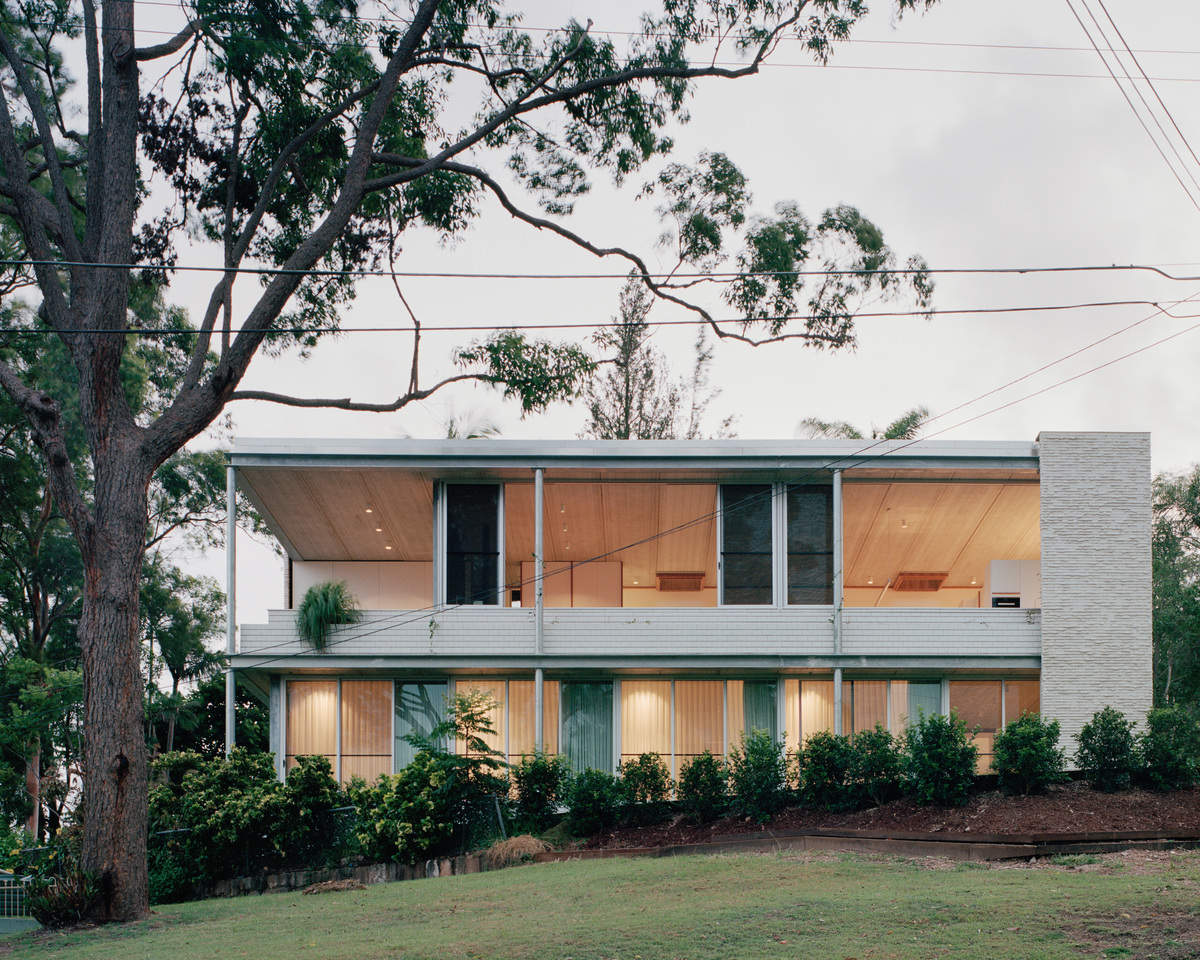 The home is still designed to capture prevailing breezes. Expansive sliding glass doors and windows allow the home to open up to the outdoors, with a good orientation to catch breezes and funnel them through the home. However, as Peter explains, "the climate in this part of Australia is evolving: it is now hot/dry as much as it is hot/wet. A hybrid approach to cooling may now come into play, beyond the traditional reliance on intermittent breeze only." 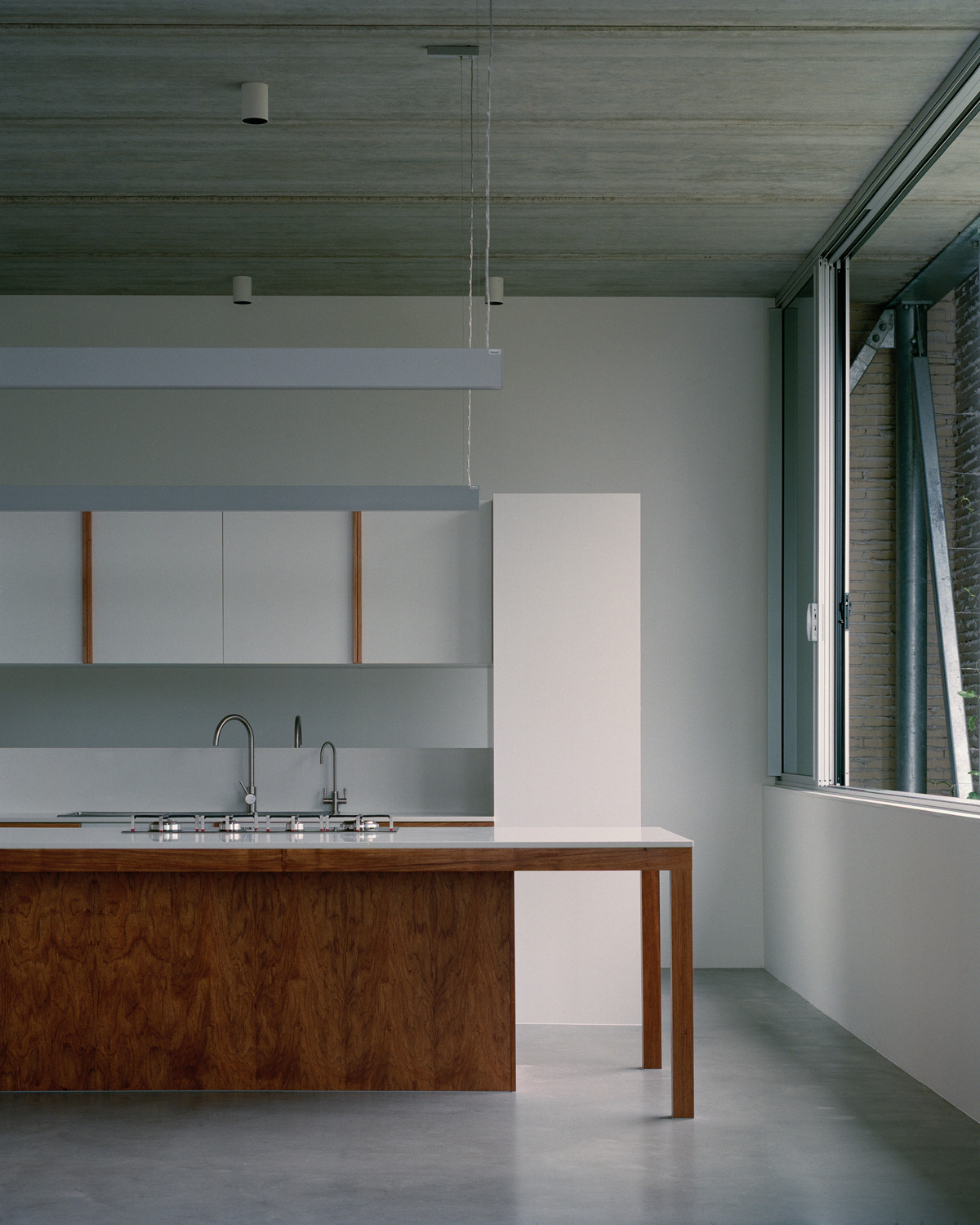 That's why the home is also designed to take advantage of radiant cooling from the thermal mass 30 nine-metre-long concrete floor and roof units. In the same way thermal mass can be used for passive warmth by heating up in the sun and radiating that absorbed heat long after the sun goes down, it can also be shaded and given the opportunity to take advantage of lower temperatures overnight to cool down. During the day, this cooled thermal mass absorbs heat from its surroundings which means a naturally cooler home for the owners. 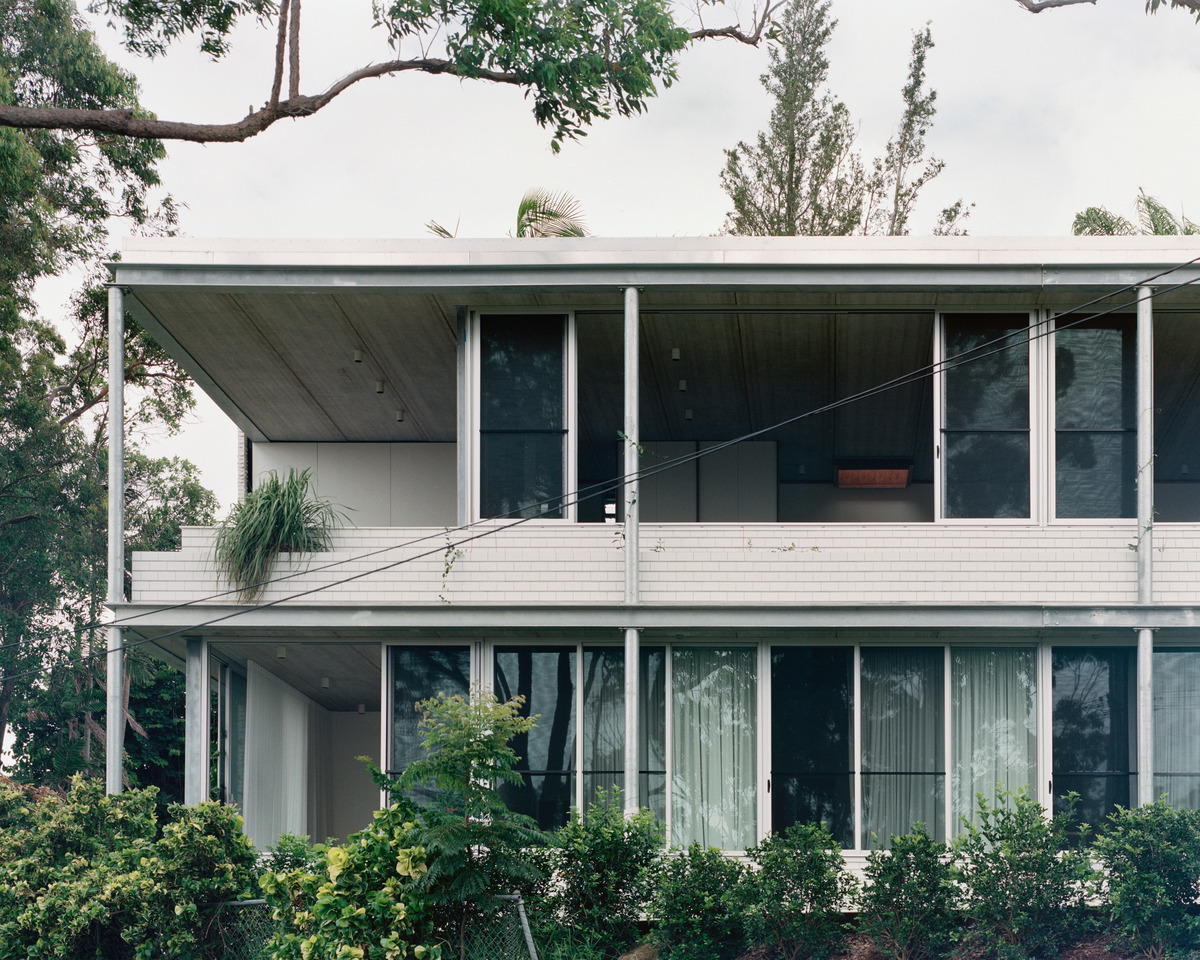 Planting beds are incorporated into the open edges which further help to cool the home by creating a microclimate. These plants will eventually grow to soften the edges of the home, giving it an even more natural appearance and helping it to settle into the landscape. 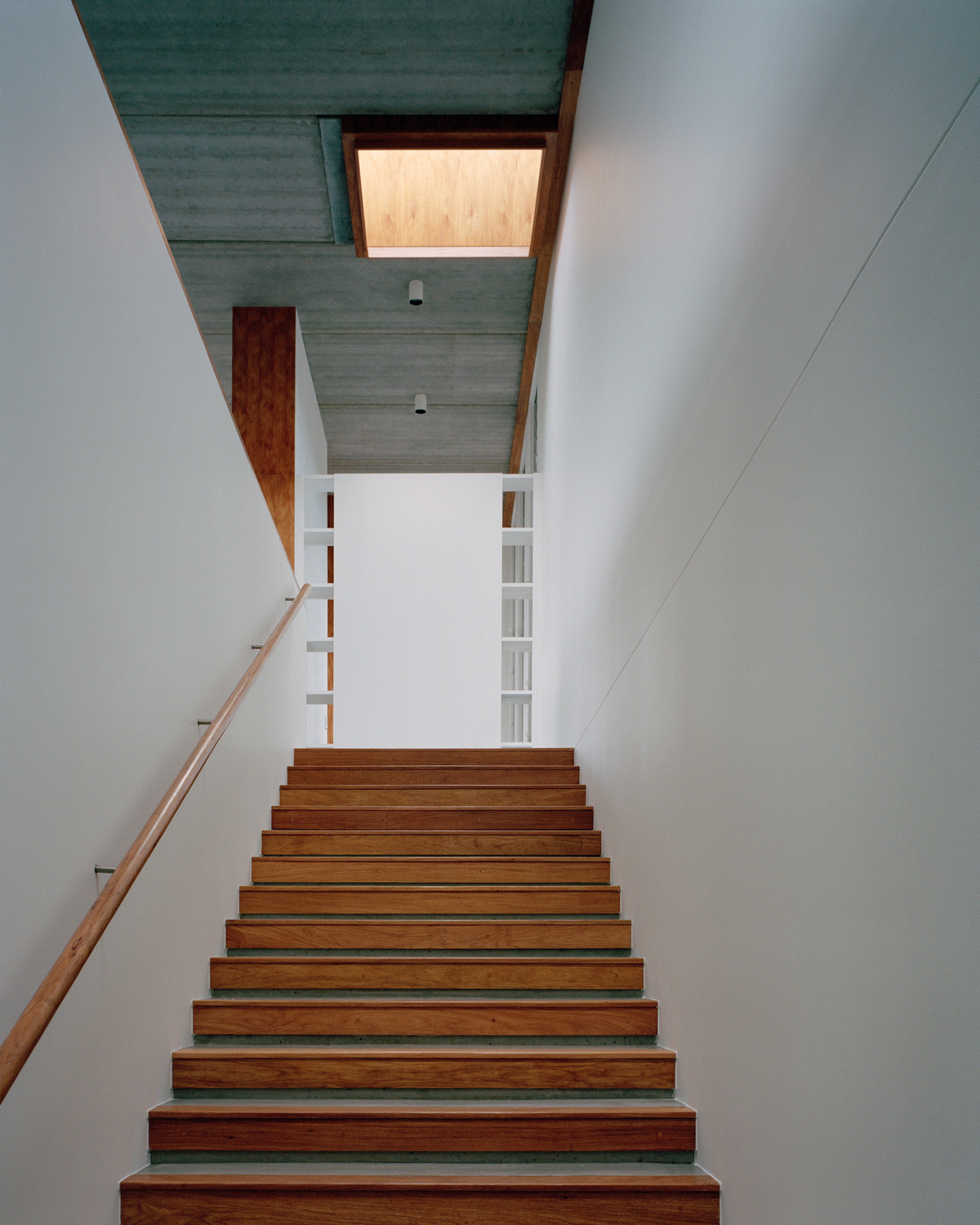 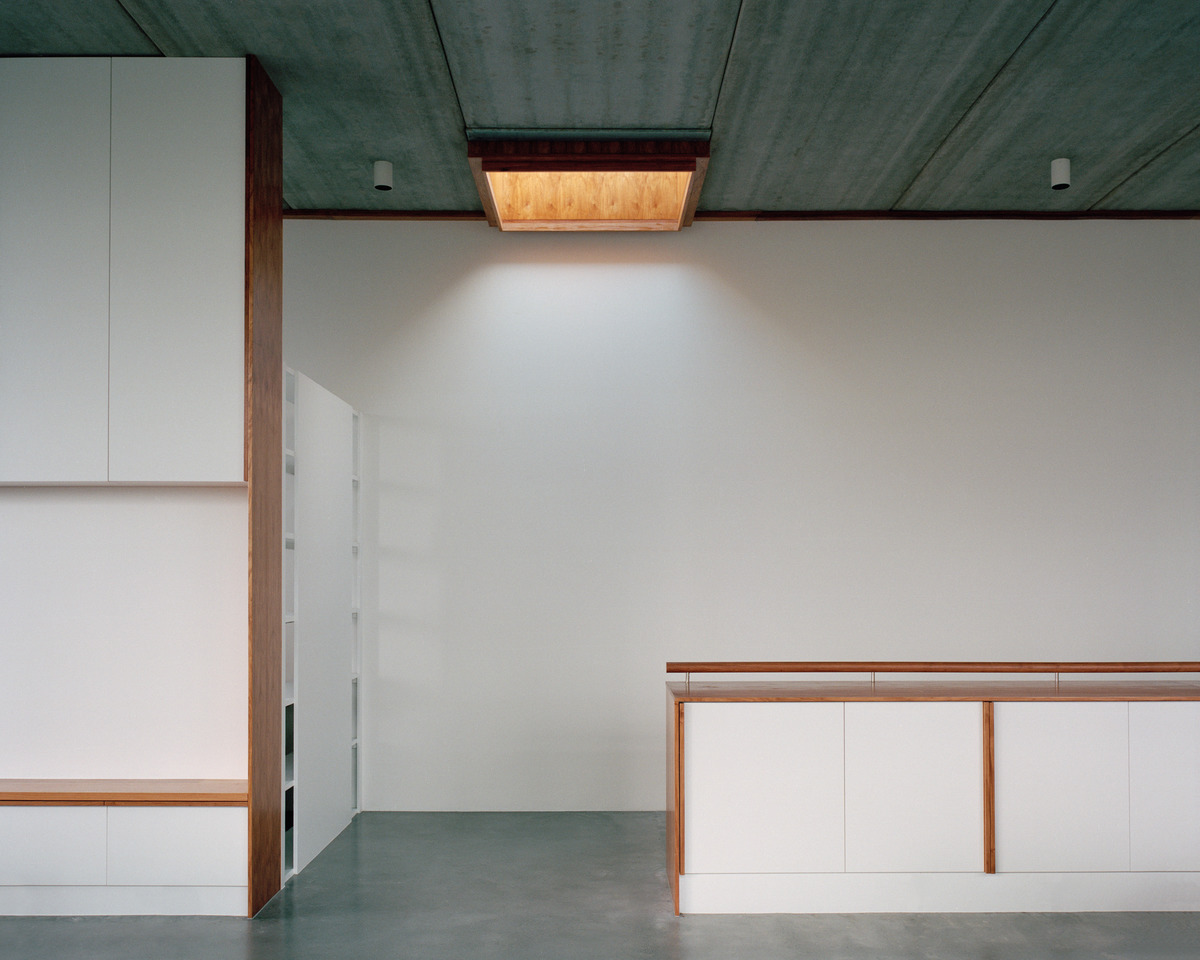 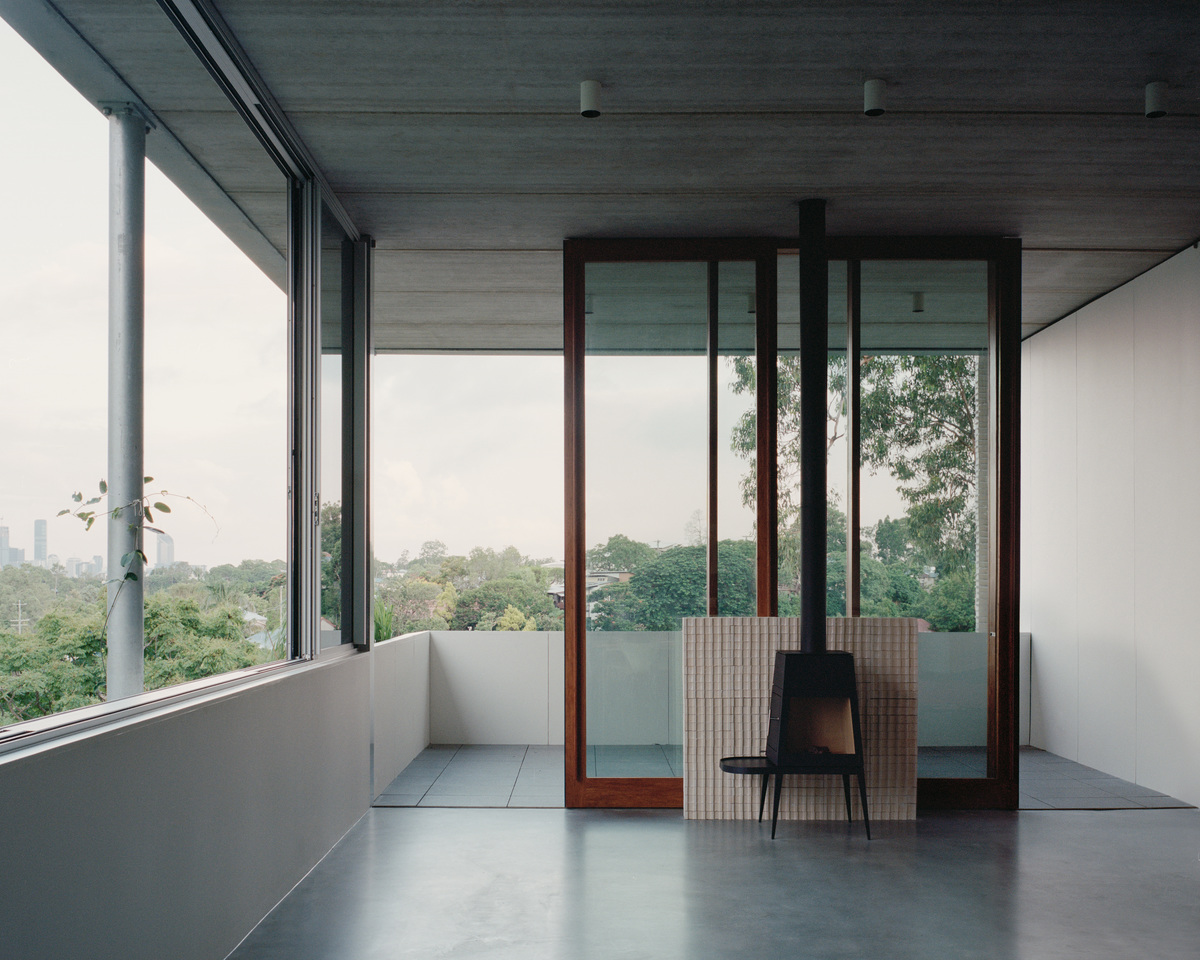 Inside, the home is minimal and contemplative. The simple layout reverses the standard arrangement, with the living areas on the upper floor rather than on the ground. Rather than floor-to-ceiling glazing, the windows start at 1 metre above floor level, acting as a balustrade as well as giving the owners some privacy from the street below. This, combined with high ceilings this gives the owners a nest-like experience and the feeling of being nestled in the treetops. 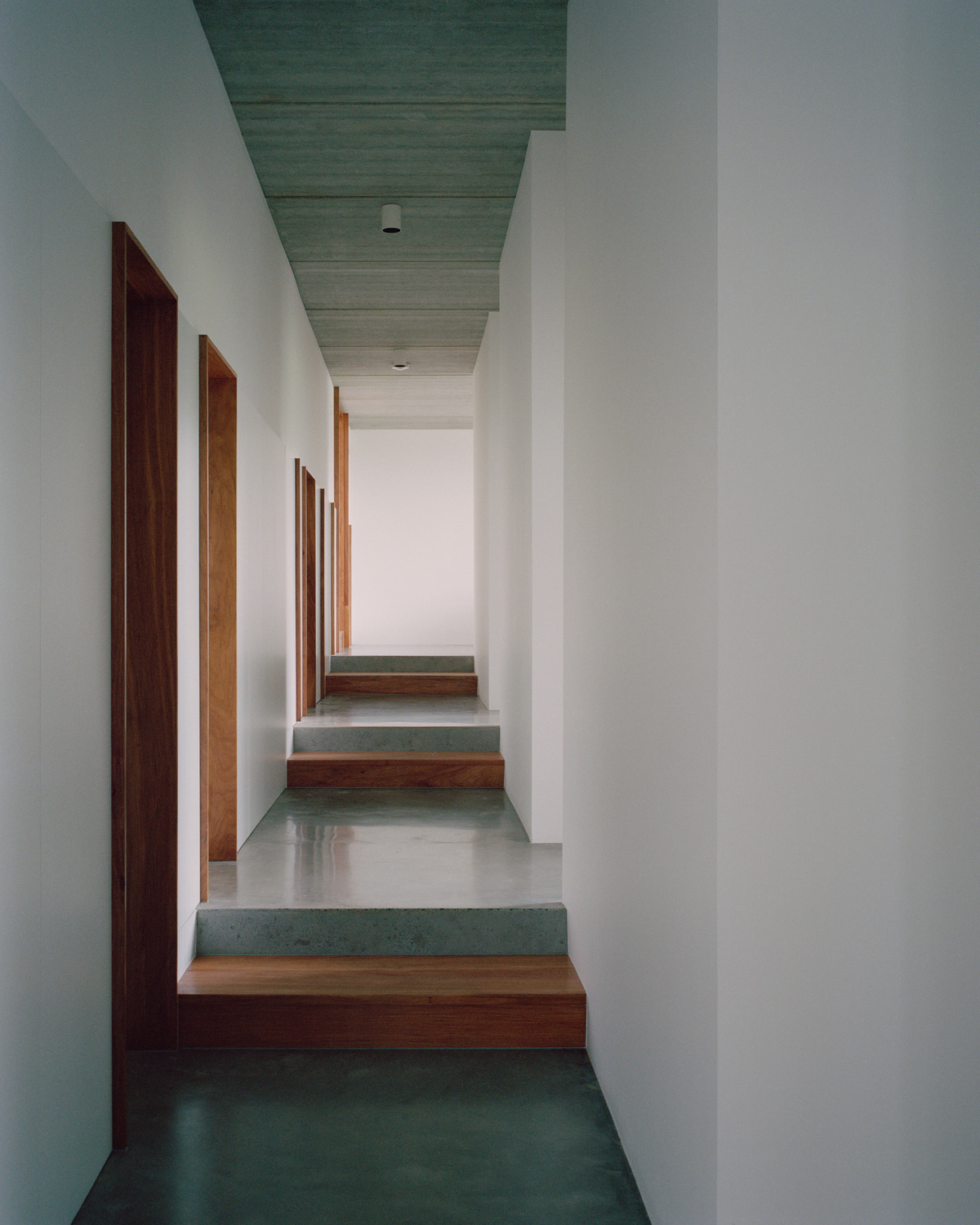 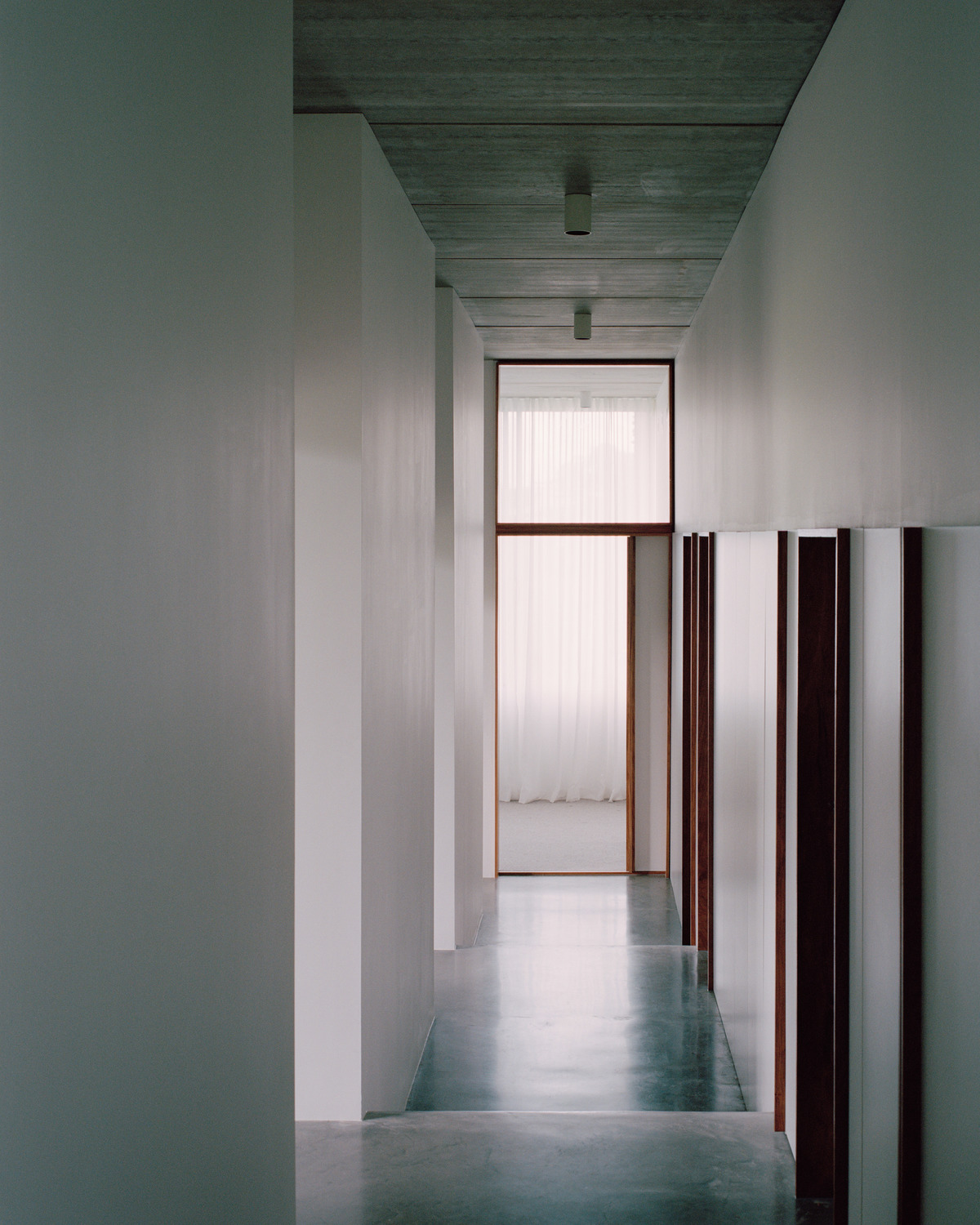 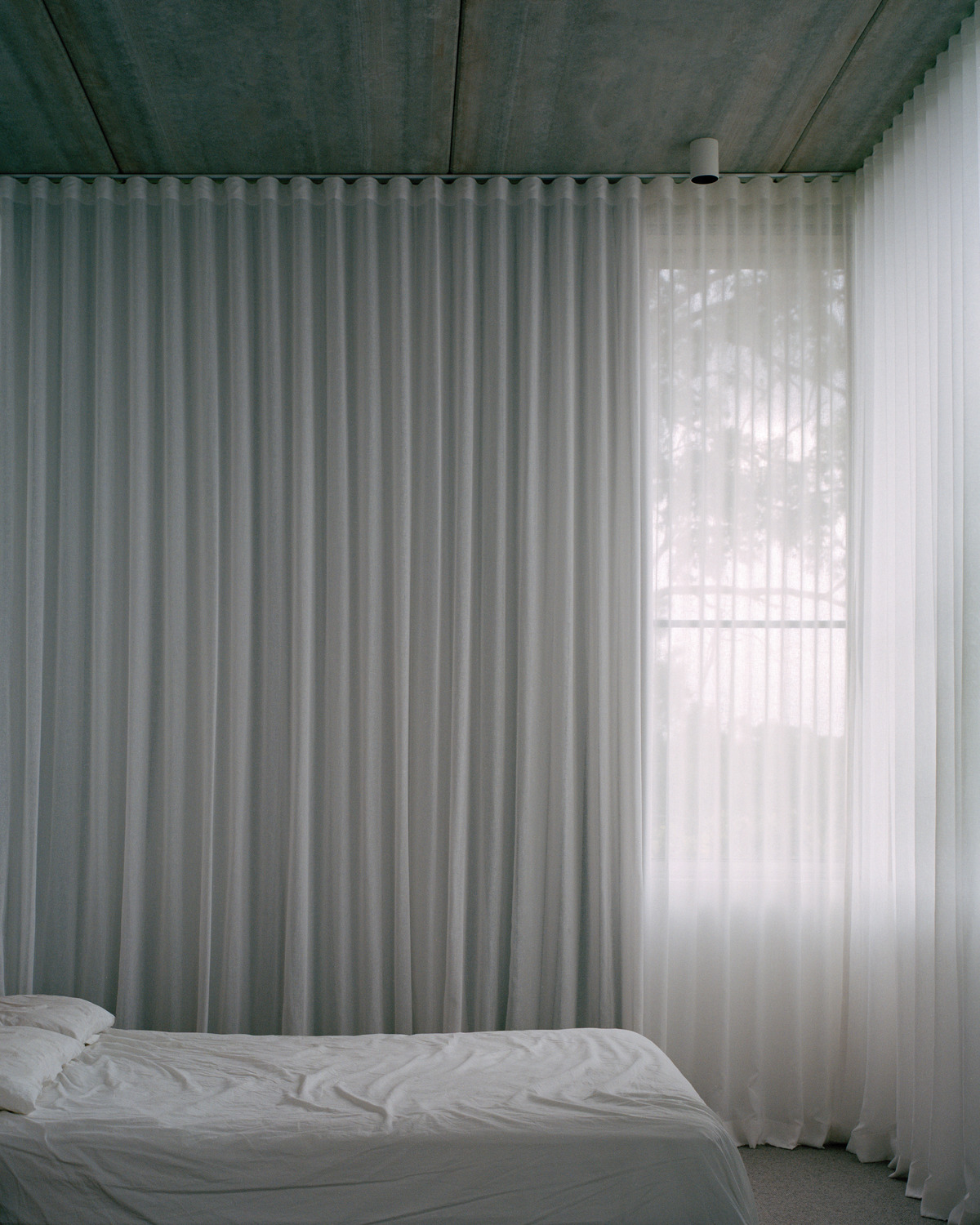 Downstairs, the floor steps down with the land, which keeps the home tied to the landscape, "telling you about the landform, and allowing each bedroom to have its own floor and 'address'." 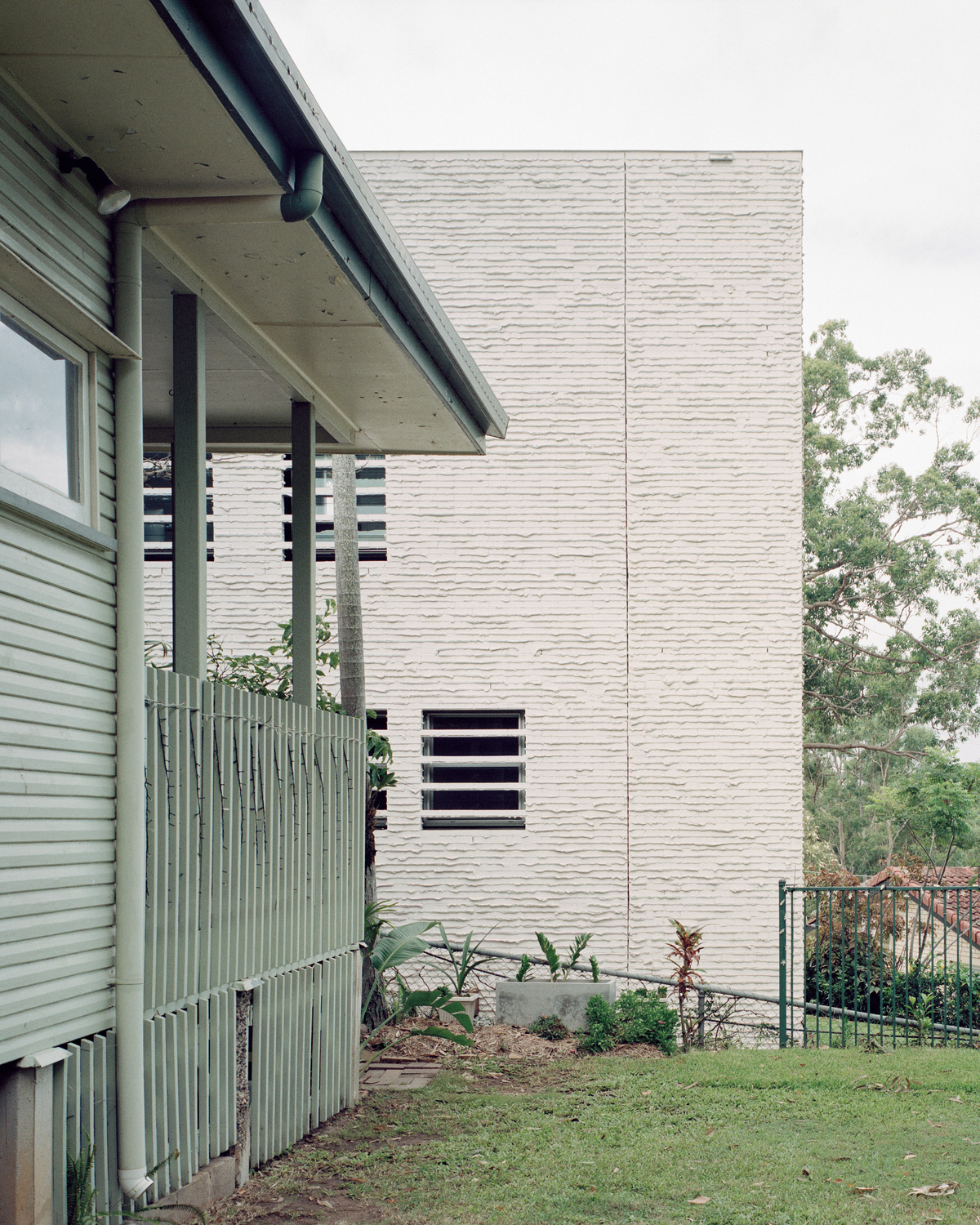 "The completed house is something of a contradiction. It appears alien in the immediate suburban street yet kindred with the wider landscape, like an abstracted outcrop. The district has a scattering of monumental objects perched on spurs and ridges, which look out across the expansive land surrounding them. Robin Dodds’s St Brigid's church is visible to the north. The Euclidean form of a concrete water tower also rises up nearby. These objects feel like the house’s urban siblings." - Peter Besley, Assemblage 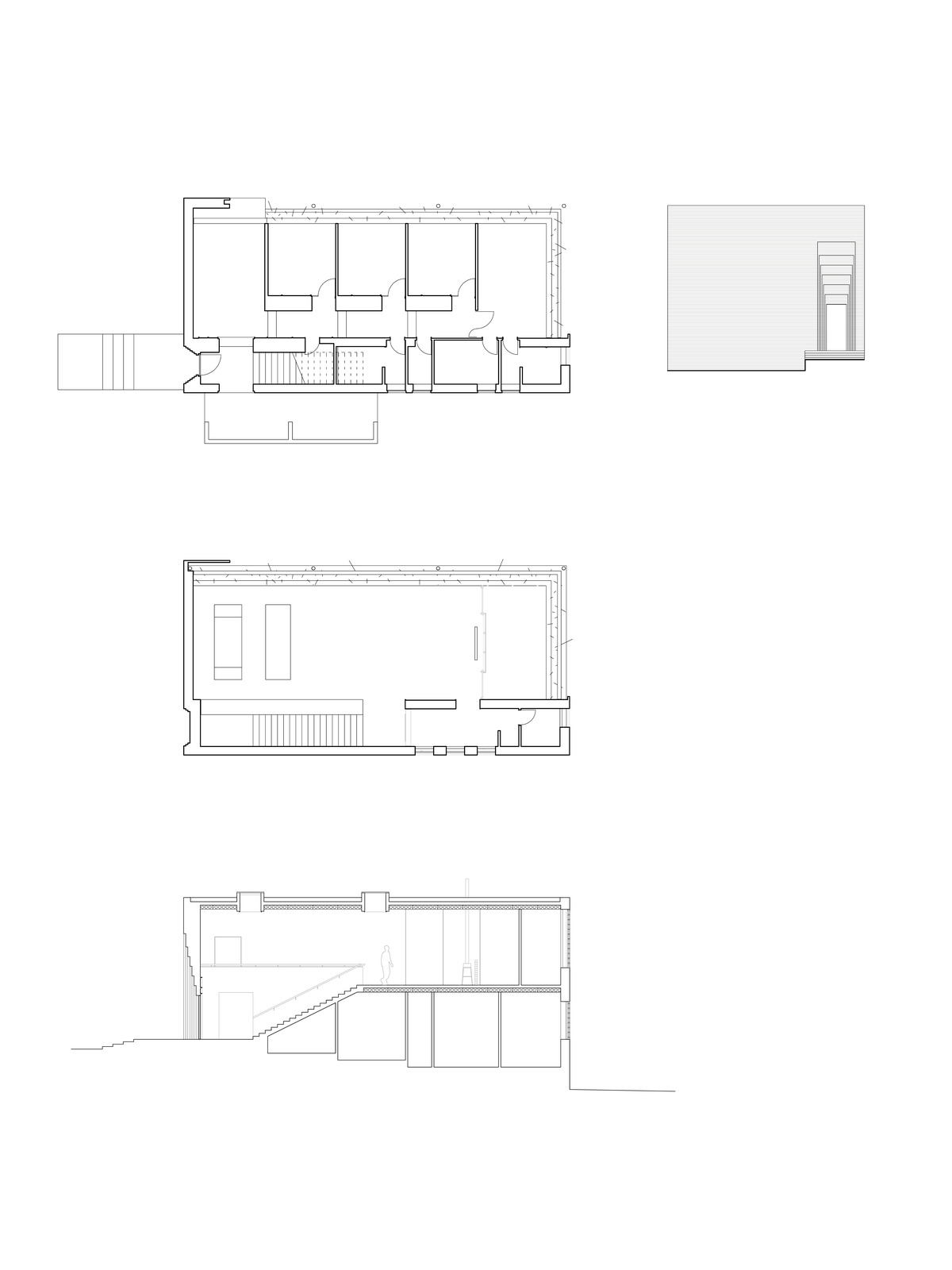 Tell us what you love about Couldrey House...

Affiliate Product Gram Magazine GRAM magazine is a bi-monthly print/digital magazine of how a city experiences all things food and drink.