A Former Cowshed is Transformed Into a Modern Home

Carter Williamson Architects were approached by their clients with a surprising find -- an old cowshed in eclectic inner-city Glebe, Sydney. "Go for it" was the architects' general advice on buying the unusual and unique property!

Since the cows moved out, the building had been turned into a makeshift residence -- but the opportunity to turn this building into a modern family home with a charming history was clear. 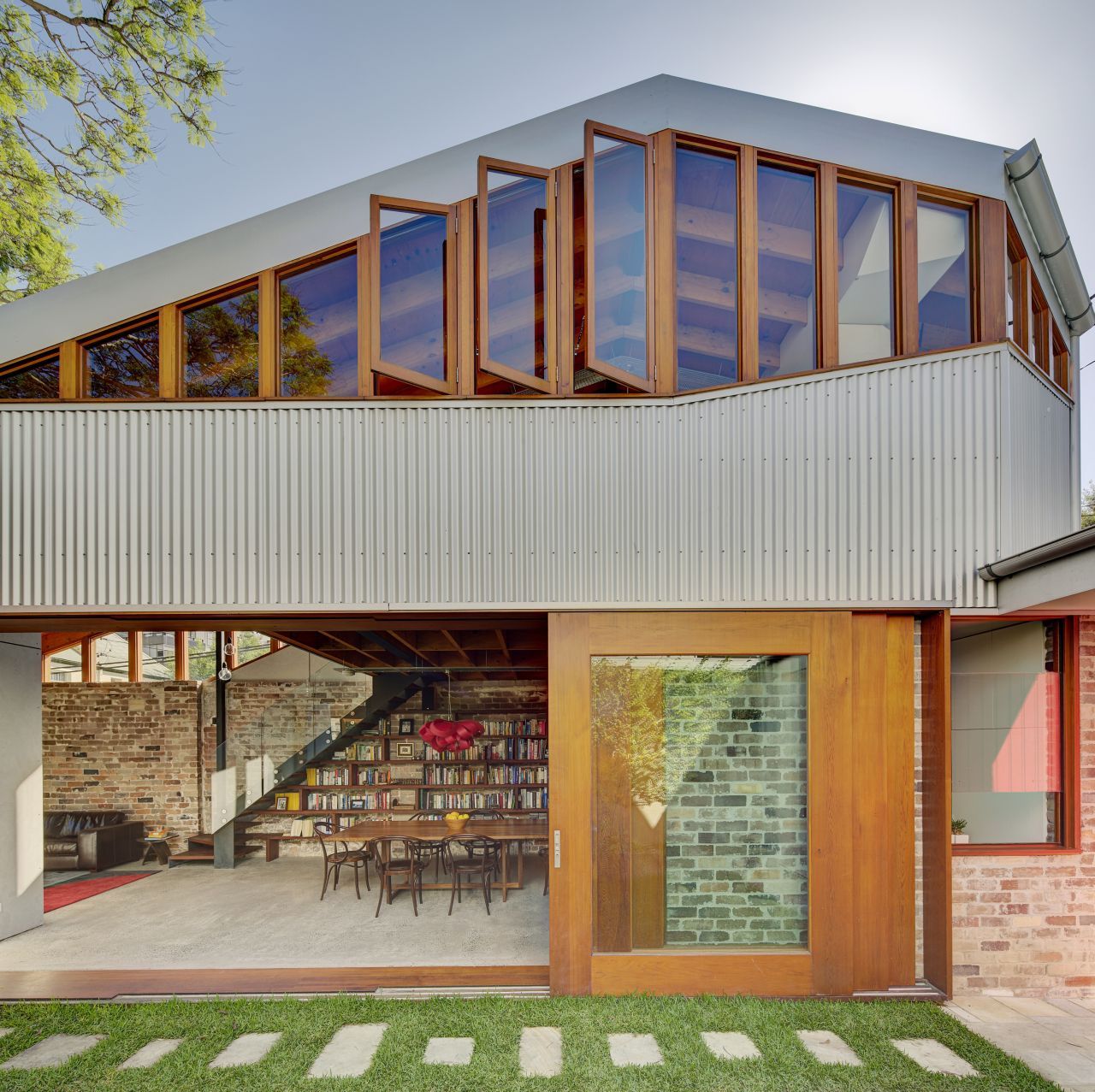 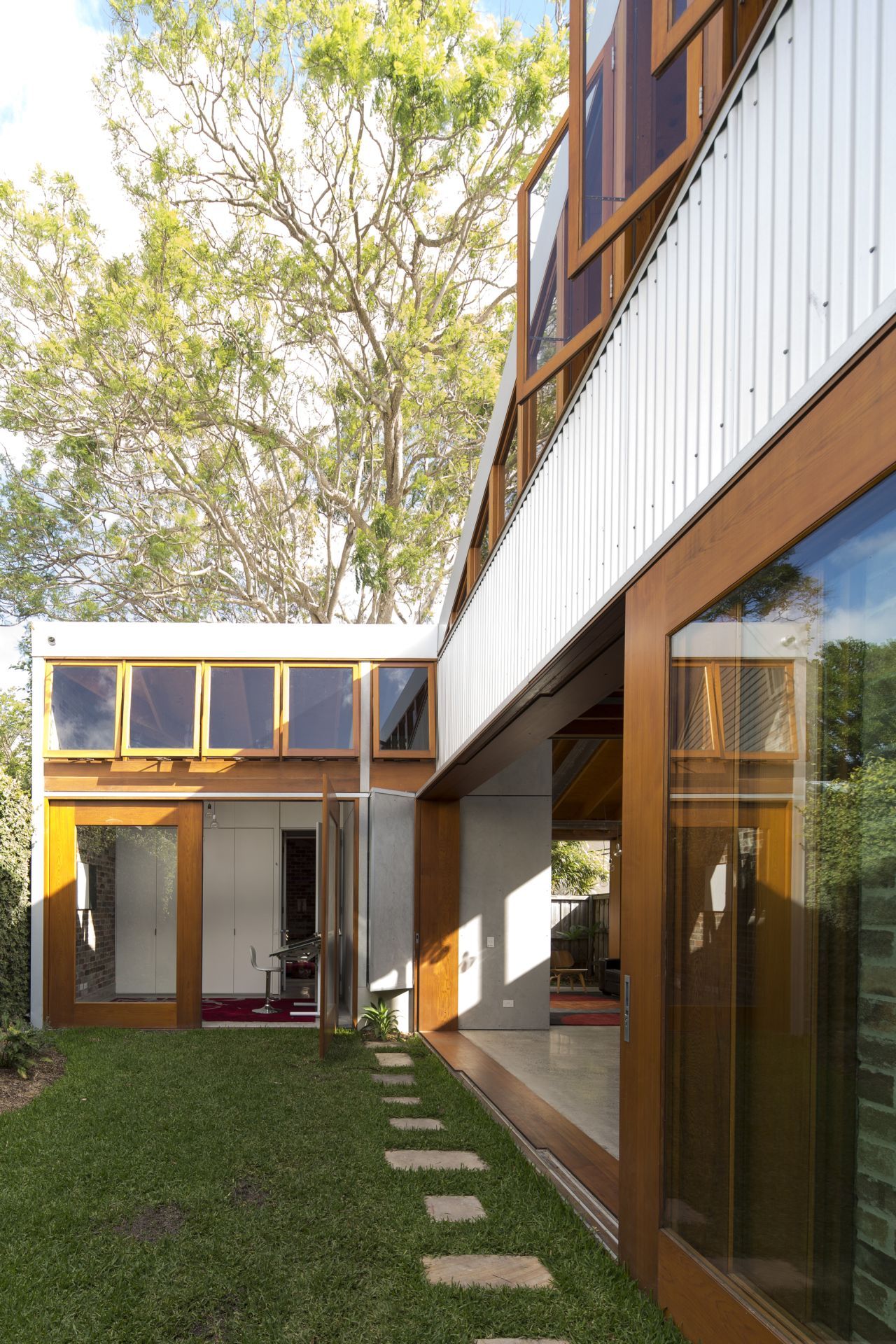 The Cowshed House sits on a tight site surrounded on three sides by roads. The existing cowshed was a simple structure -- essentially a long brick wall that held the urban edge of corner and street and returned to house a few bedrooms in the place of the former stalls. It was the most basic of accommodation but the shed had a worn patina of stories and was well situated, hugging the southern boundary with provision for a private, North-facing courtyard. 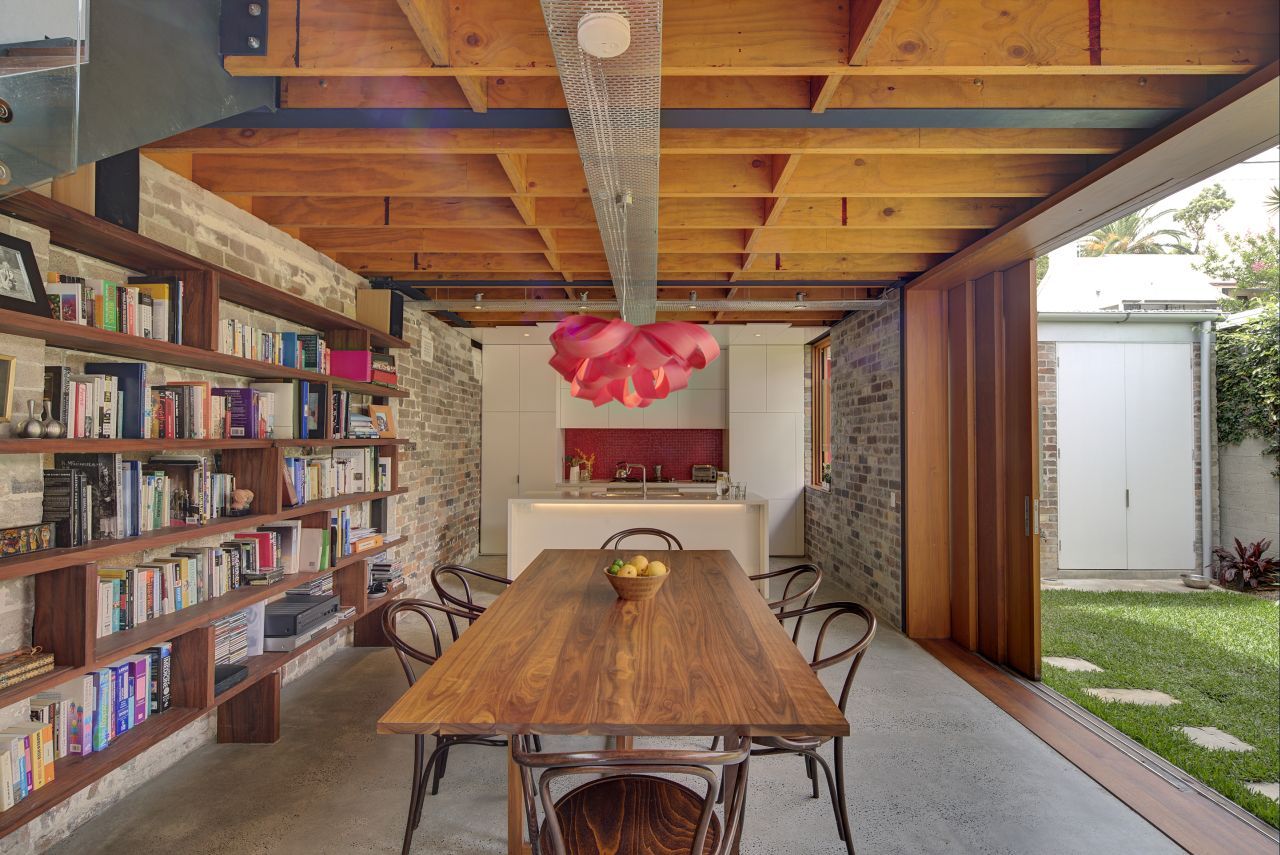 The owners share a vision for gregarious family life which is reflected in their home. The spaces are truly ‘open plan’, each room connected to the others and to the sunny, green courtyard that acts as a natural extension of the living spaces. 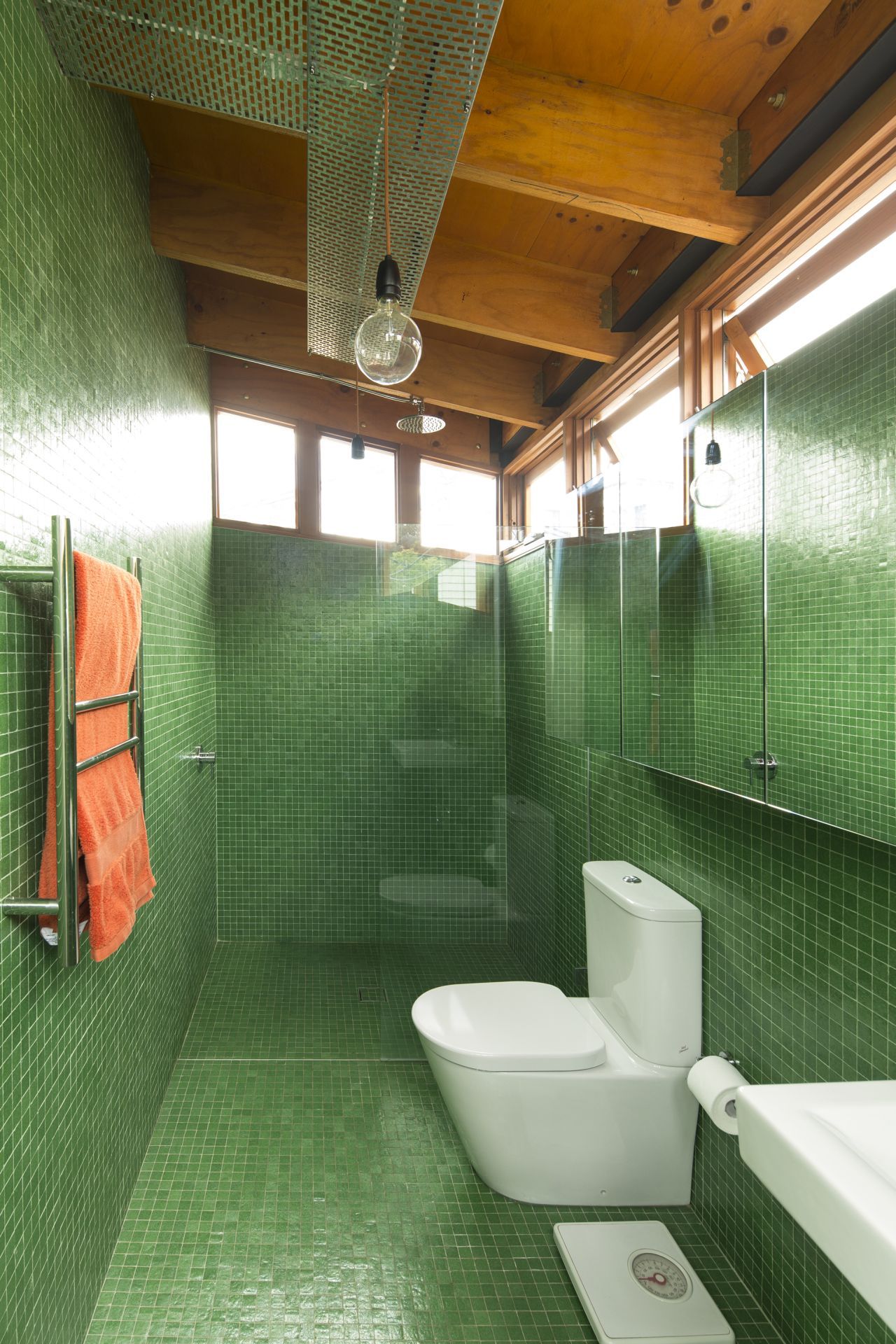 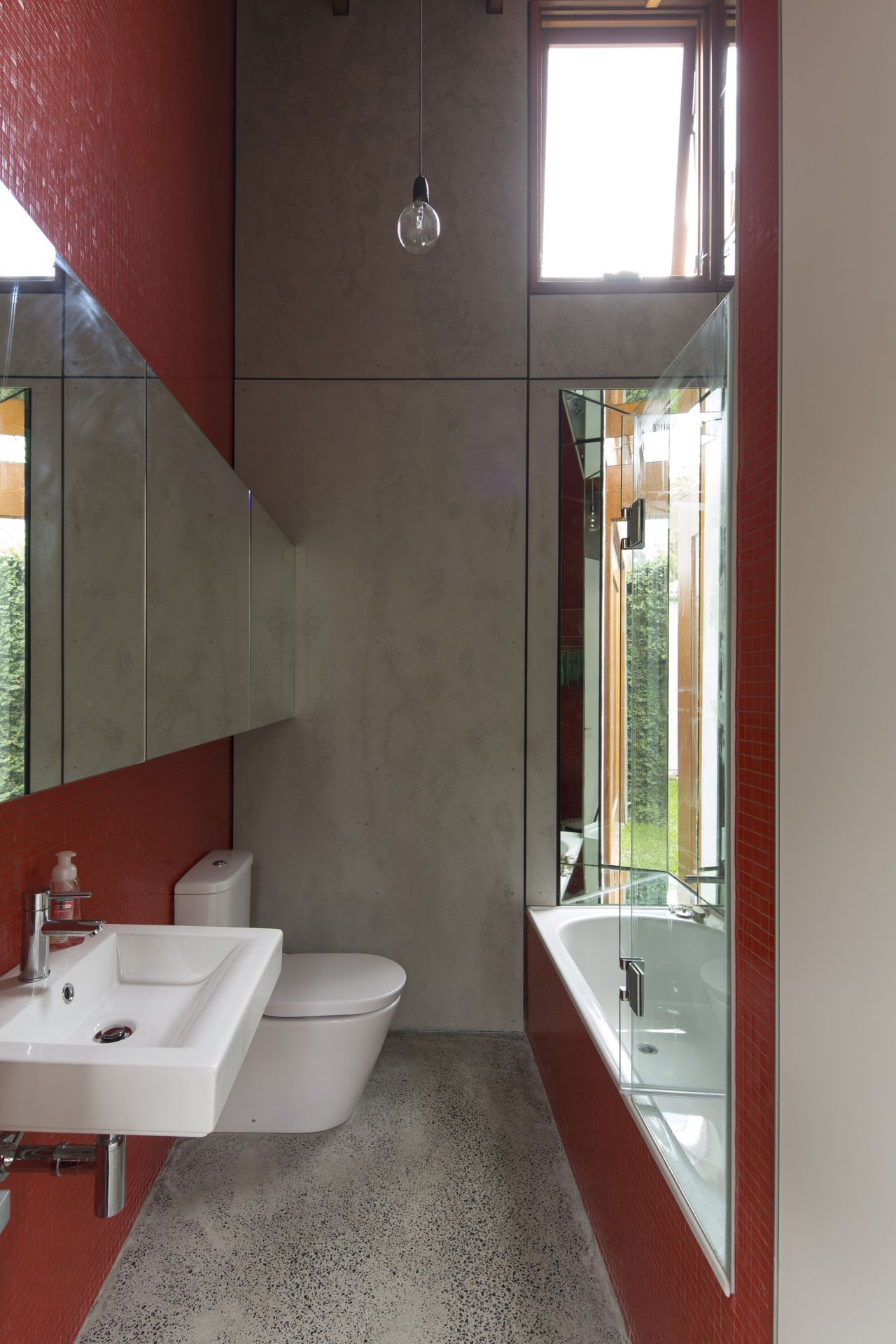 The plan of the house was kept largely as it was with the kitchen to the street corner, hidden behind the strong brick envelope and spilling over into the dining and living rooms. The kids’ bedrooms (complete with hammocks!) were tucked into the return of the L-shaped plan. A vivid red bathroom at the pivot is a nod to the client’s proud Venezuelan heritage. 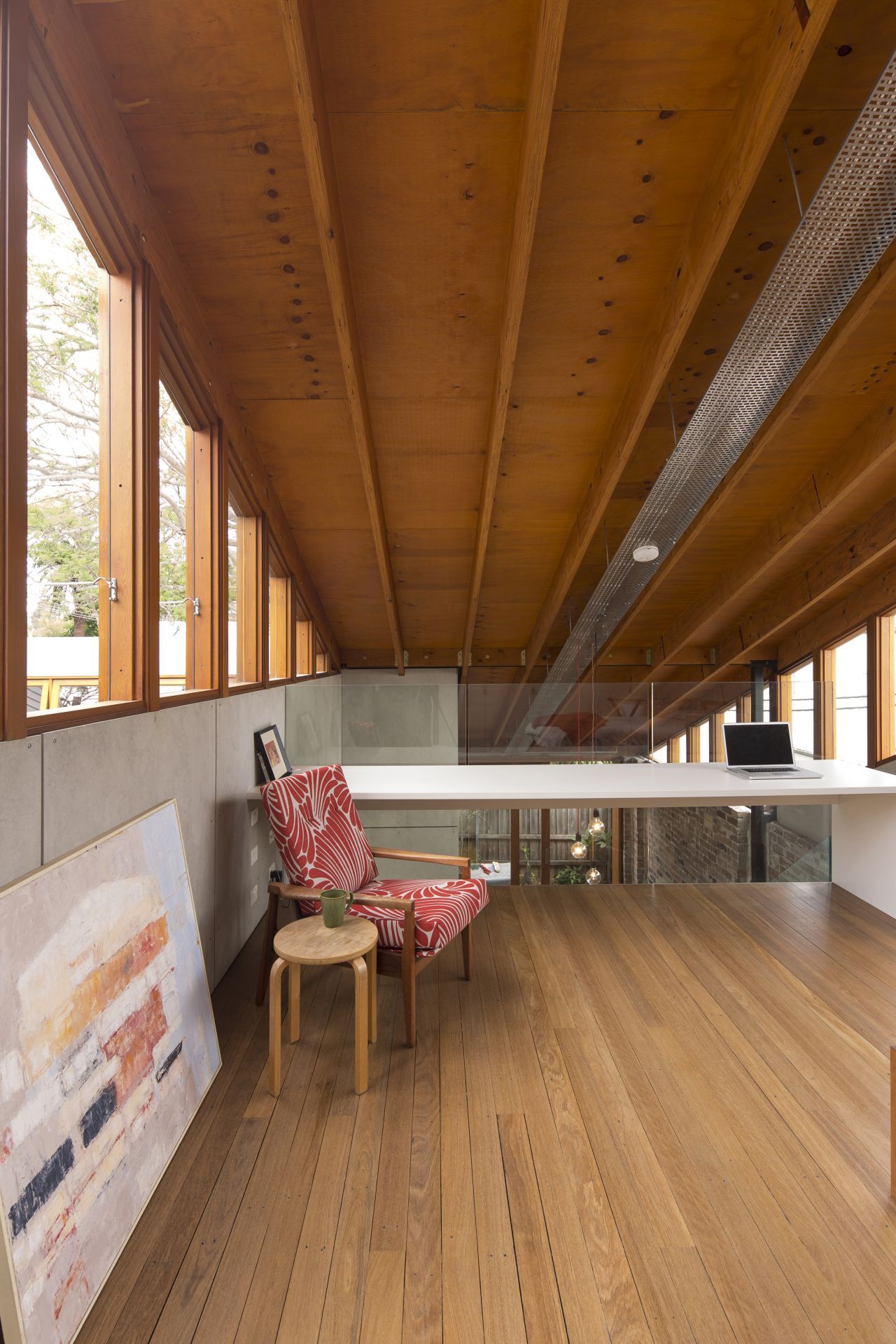 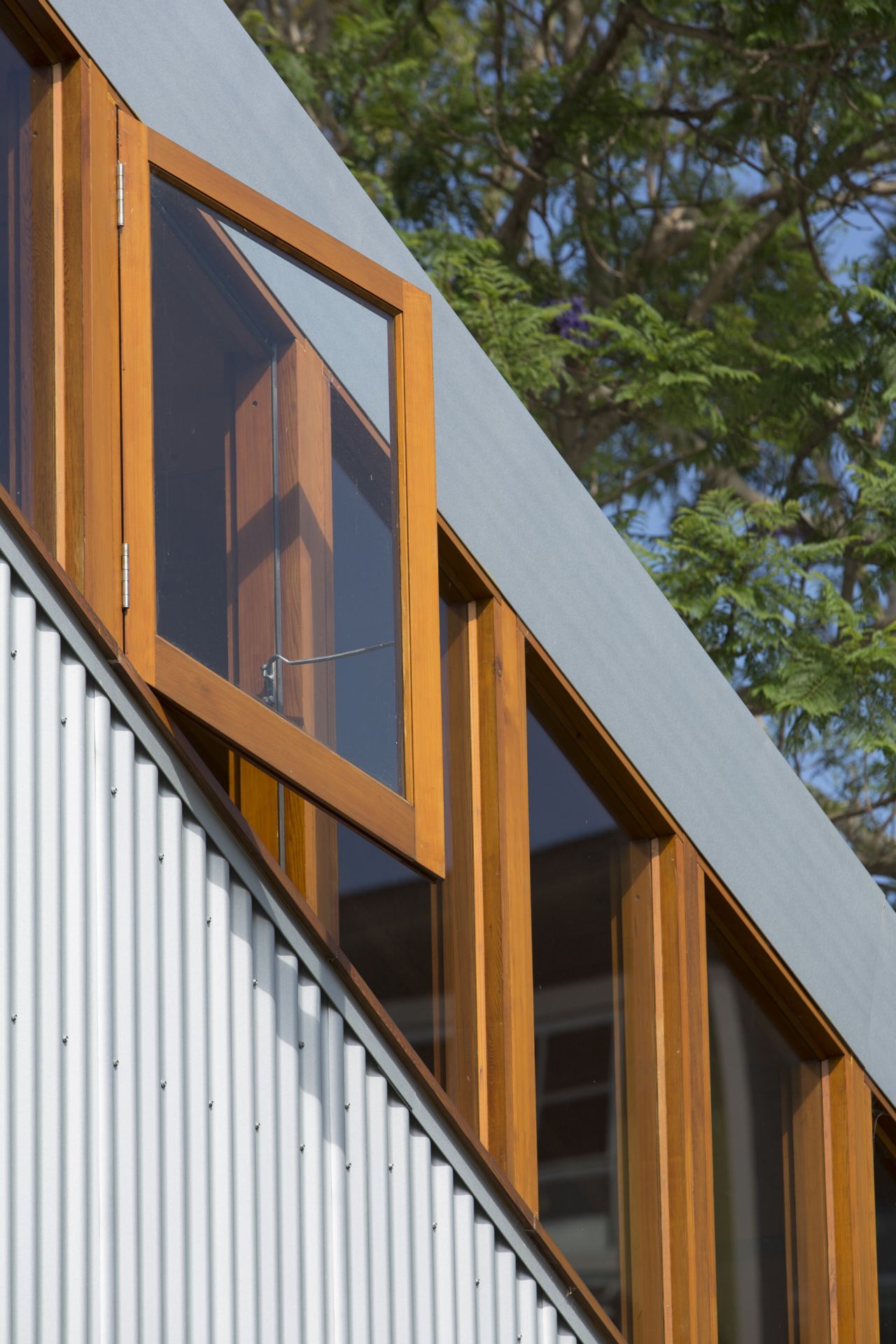 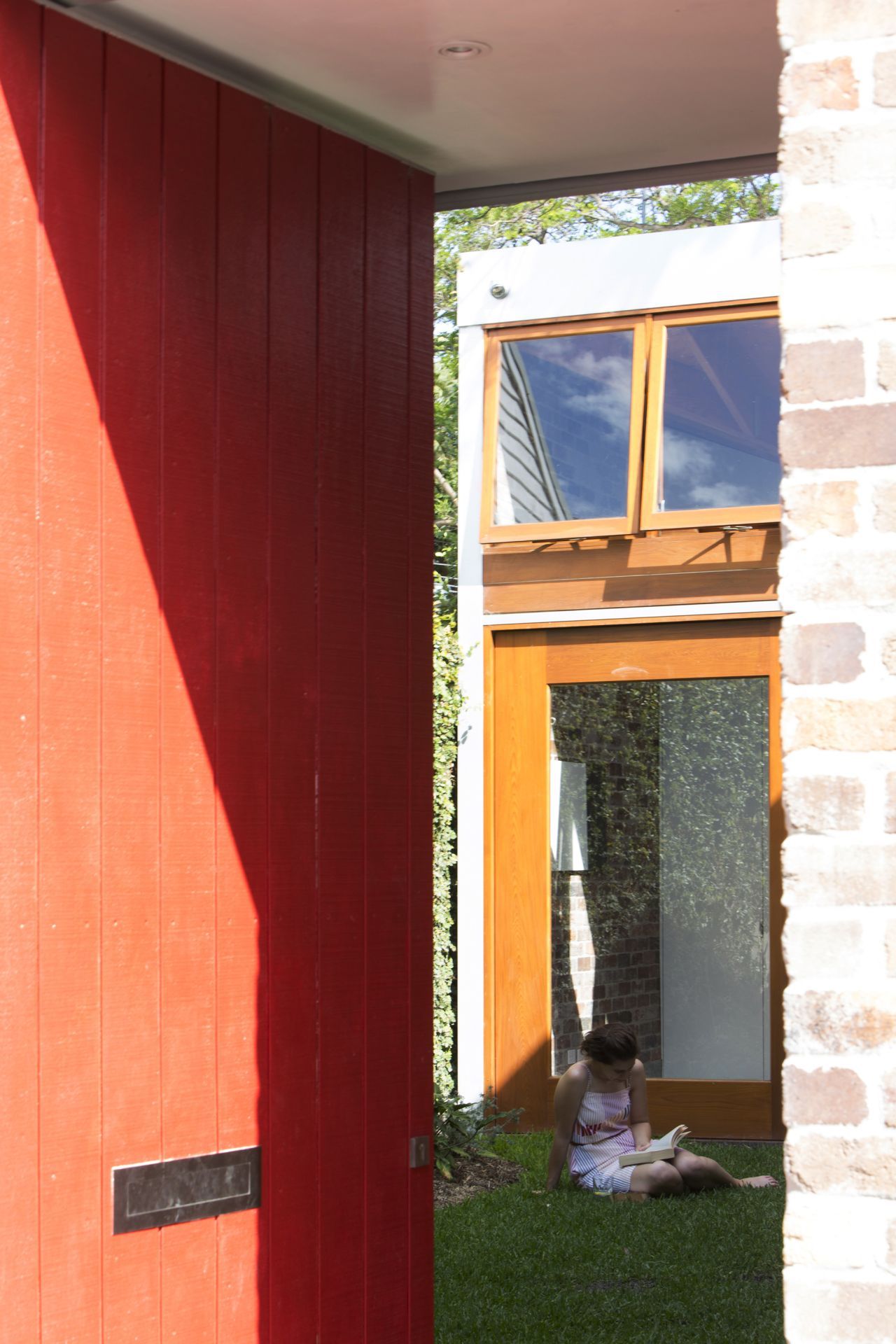 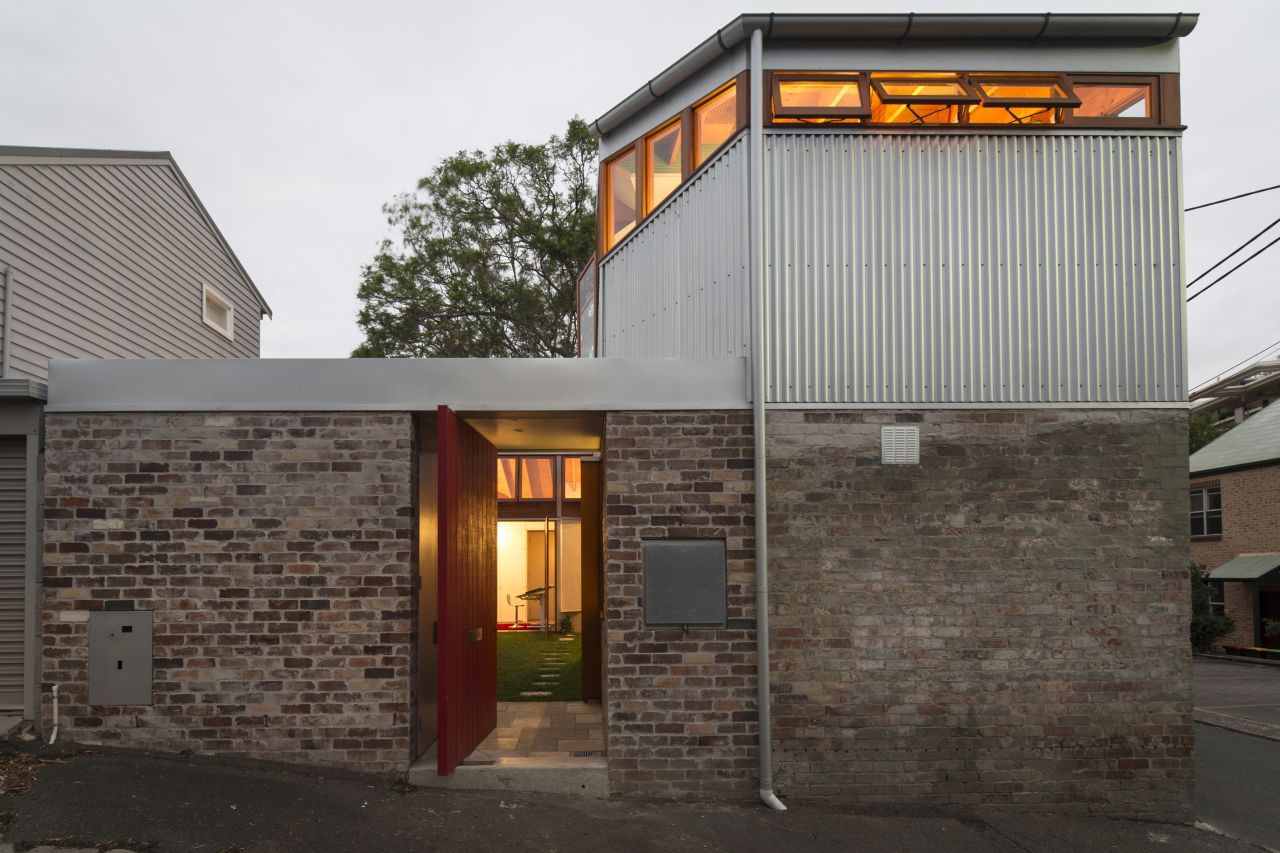 By expanding the width of the building from three to four meters and locating the bedroom mezzanine above the kitchen, the urban edge of the street was held by a tall forward element much like the bald face shop fronts at the end of a row of terraces; a good urban response which marks corner buildings as distinctive landmarks in an urban street-scape. 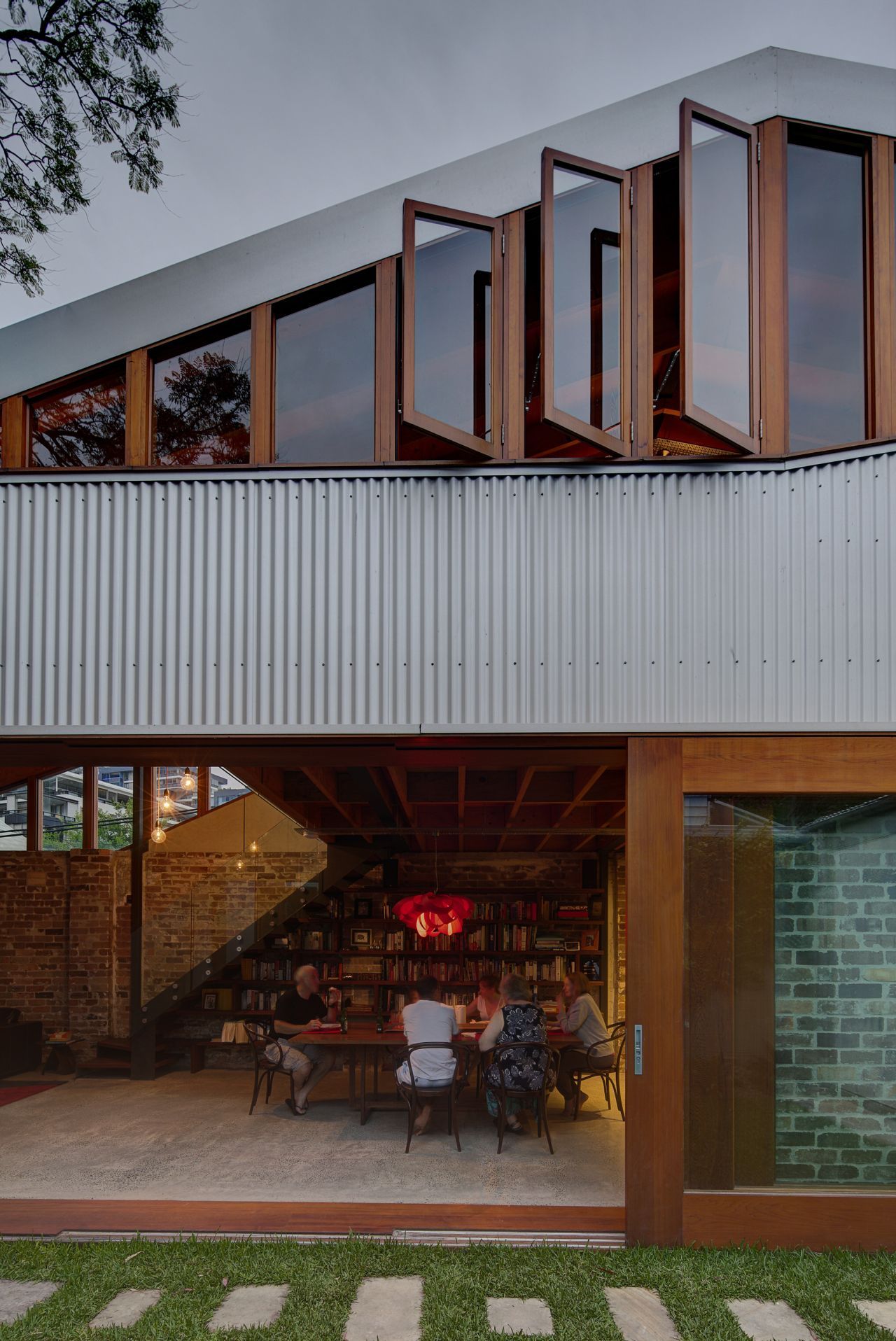 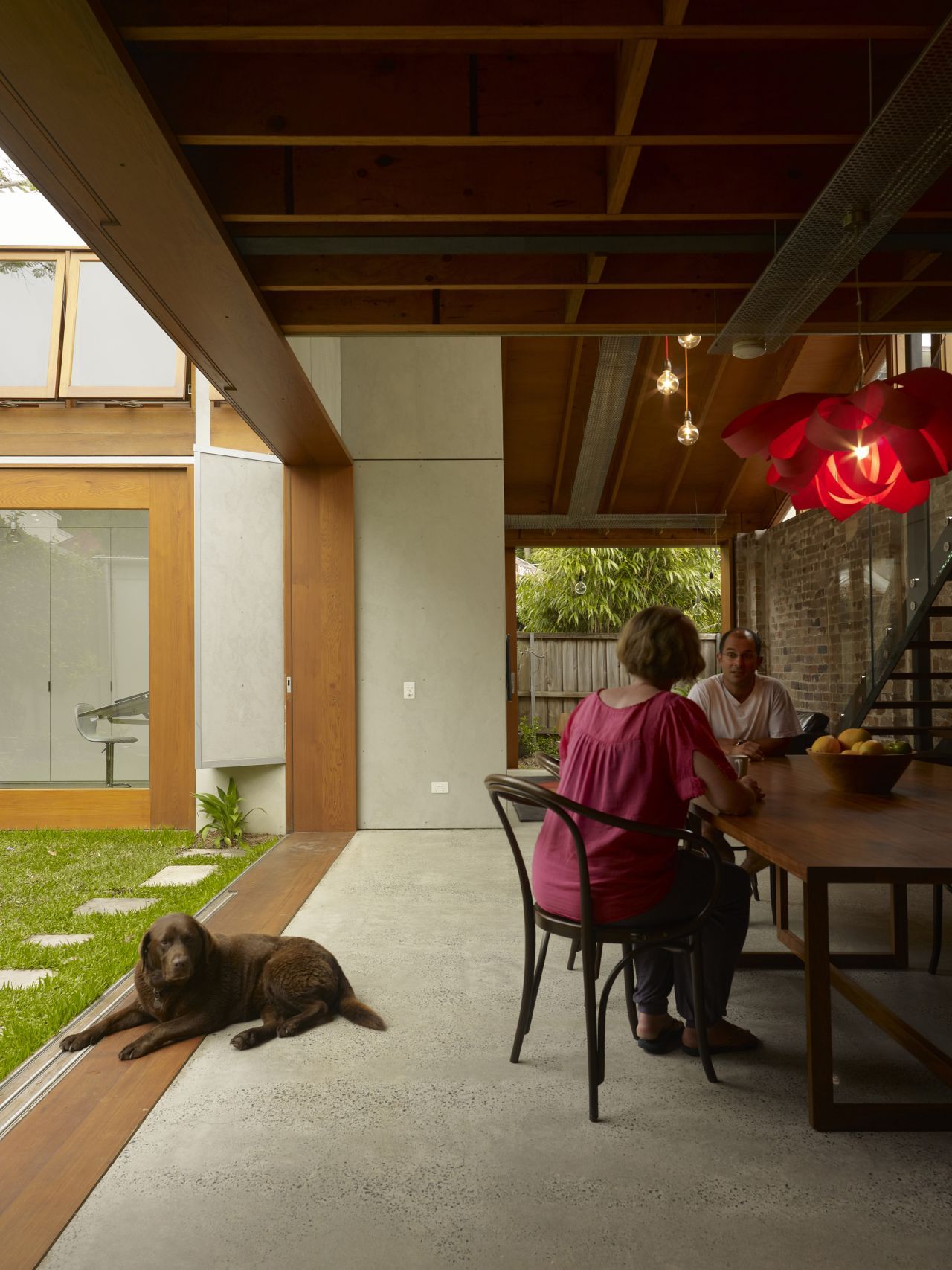 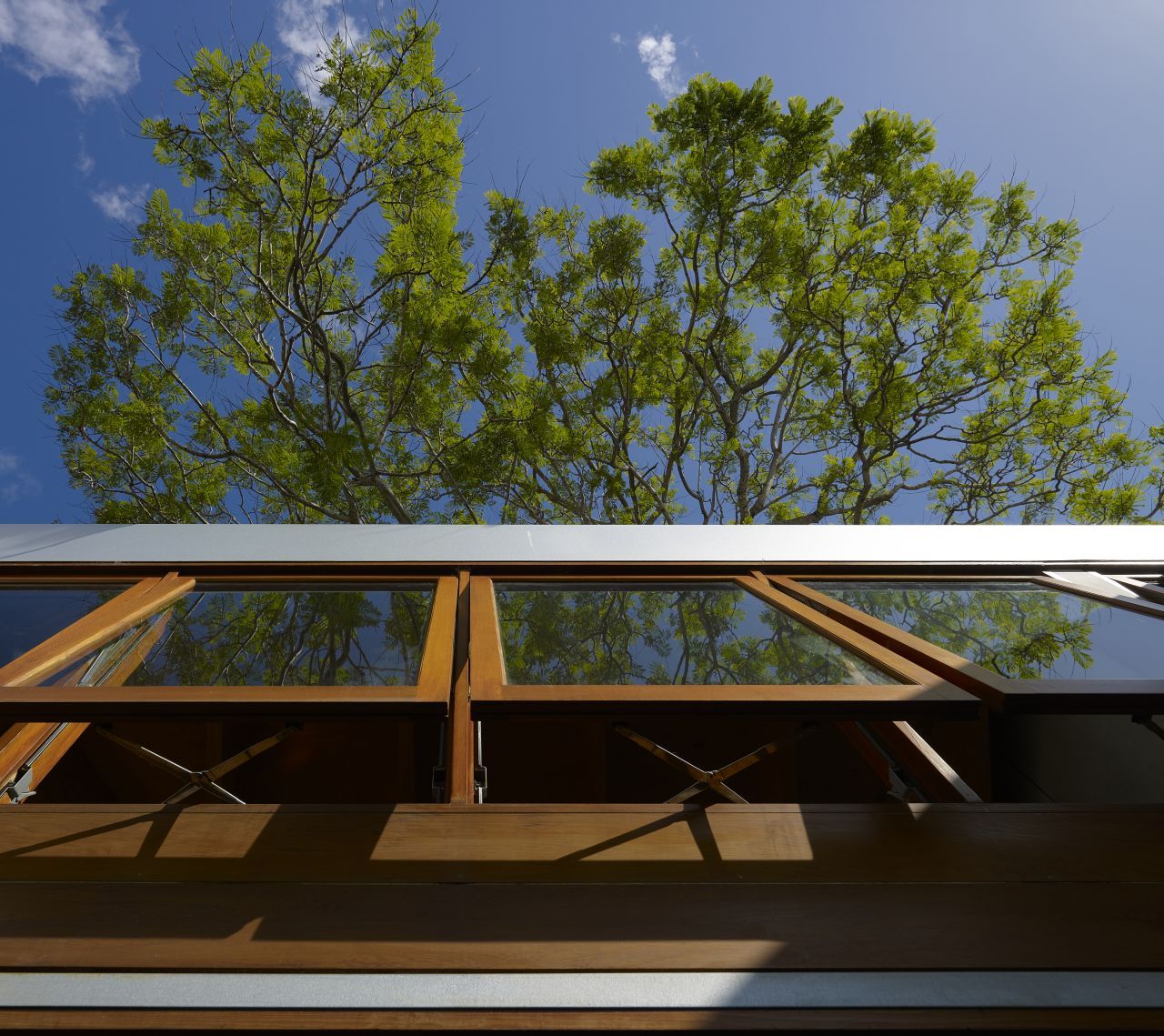 The cowshed sits under a big jacaranda tree whose leaves and blooms blocked the valley gutters and flooded the existing house when it rained. In response, a long steep roof plane was pulled up and over the second story bedroom and tucked down at the rear of the site, designed to prevent accumulating organic matter and giving the building it’s distinctive profile. 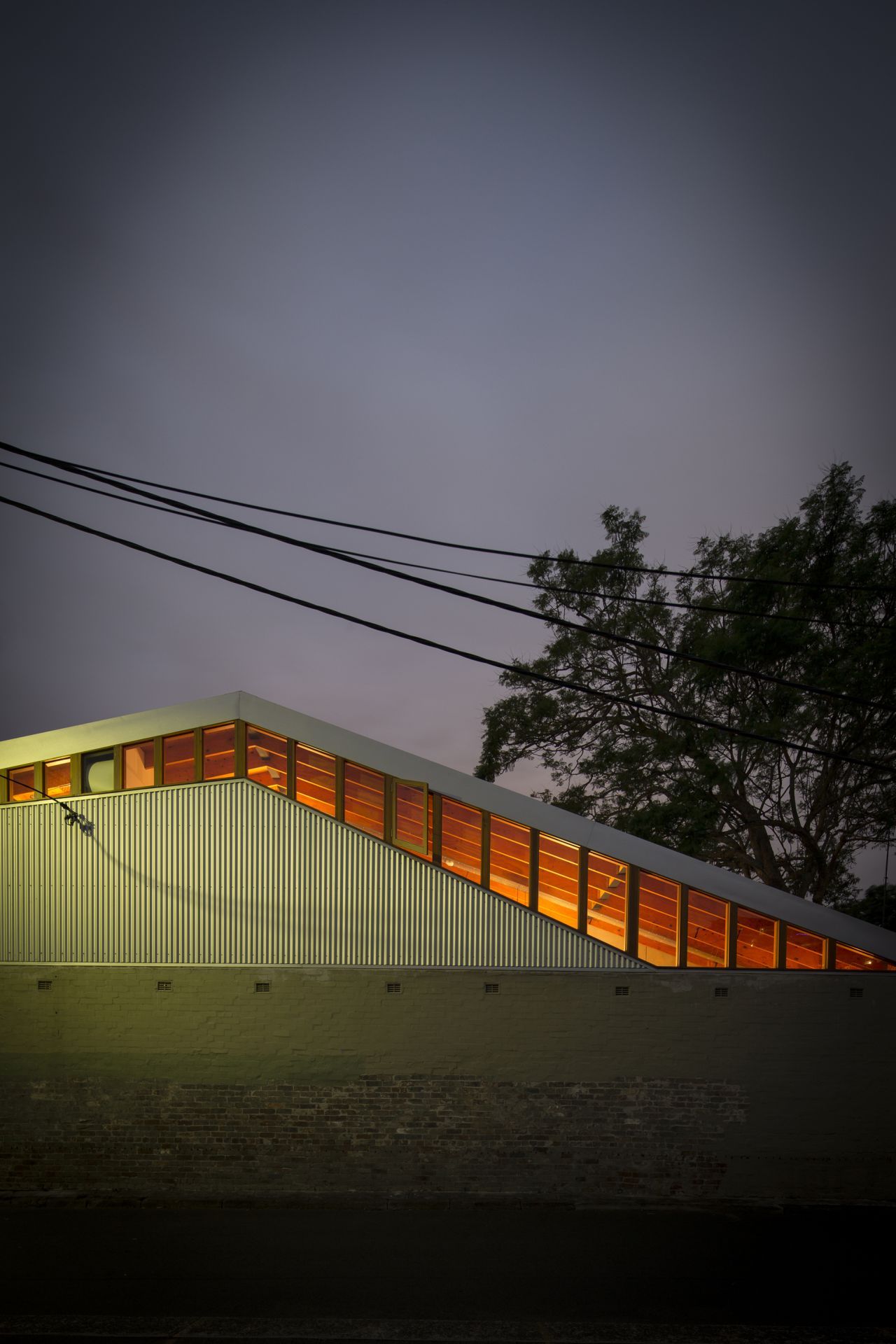 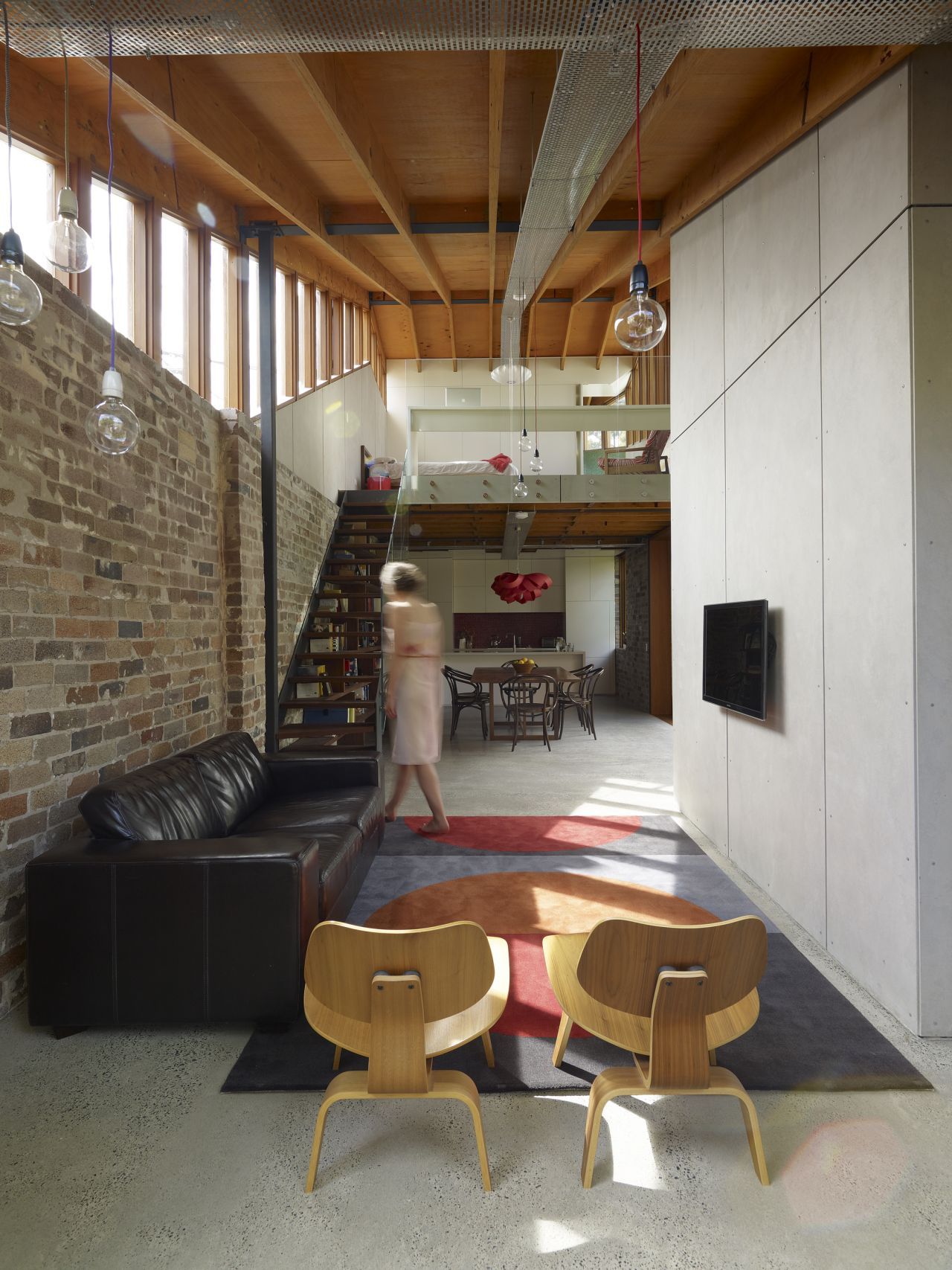 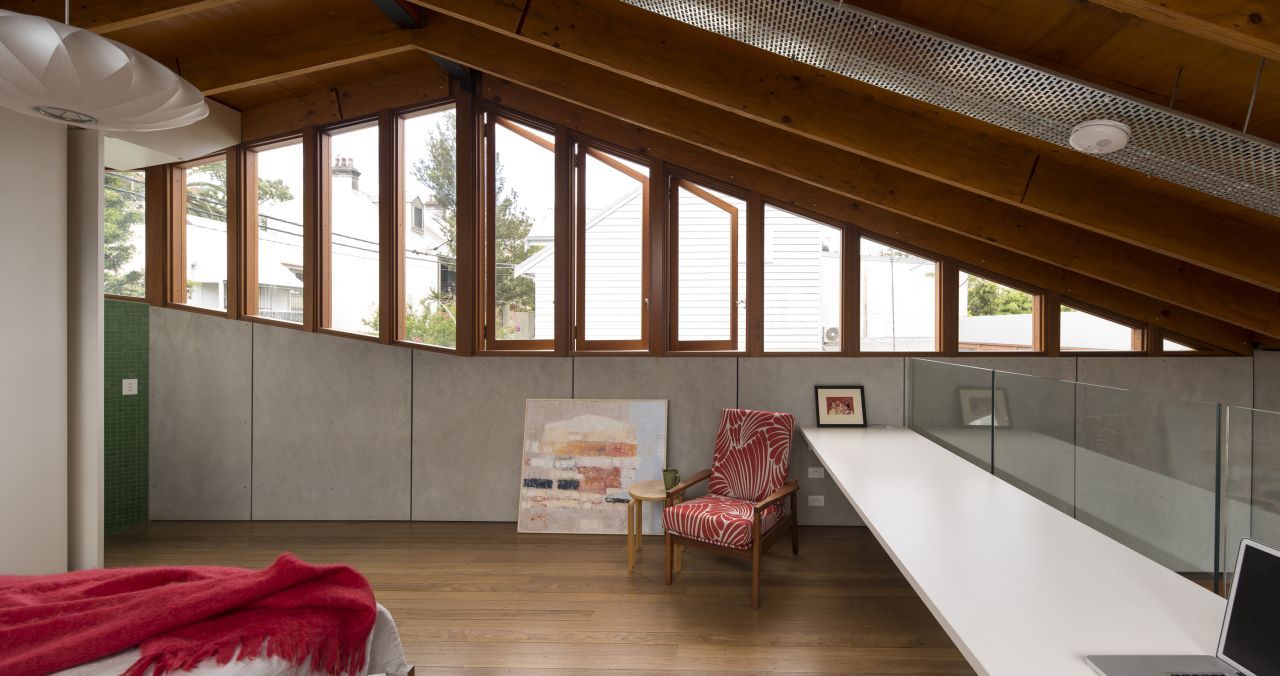 A ribbon of high clerestory windows that capture light and breeze, wrap the building and climb upwards with the roofline allowing the home to feel bright but private, despite it’s dense urban context. 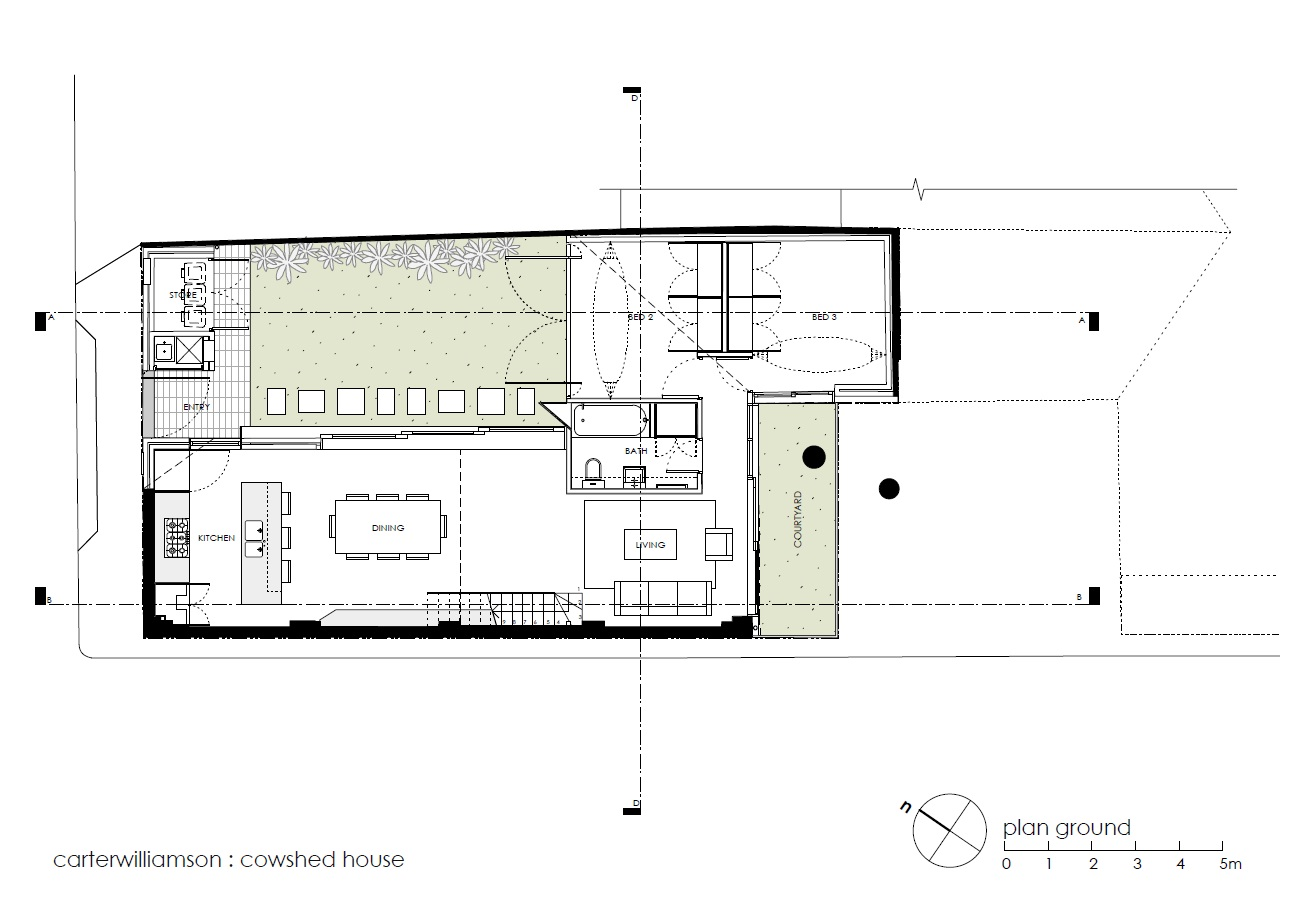 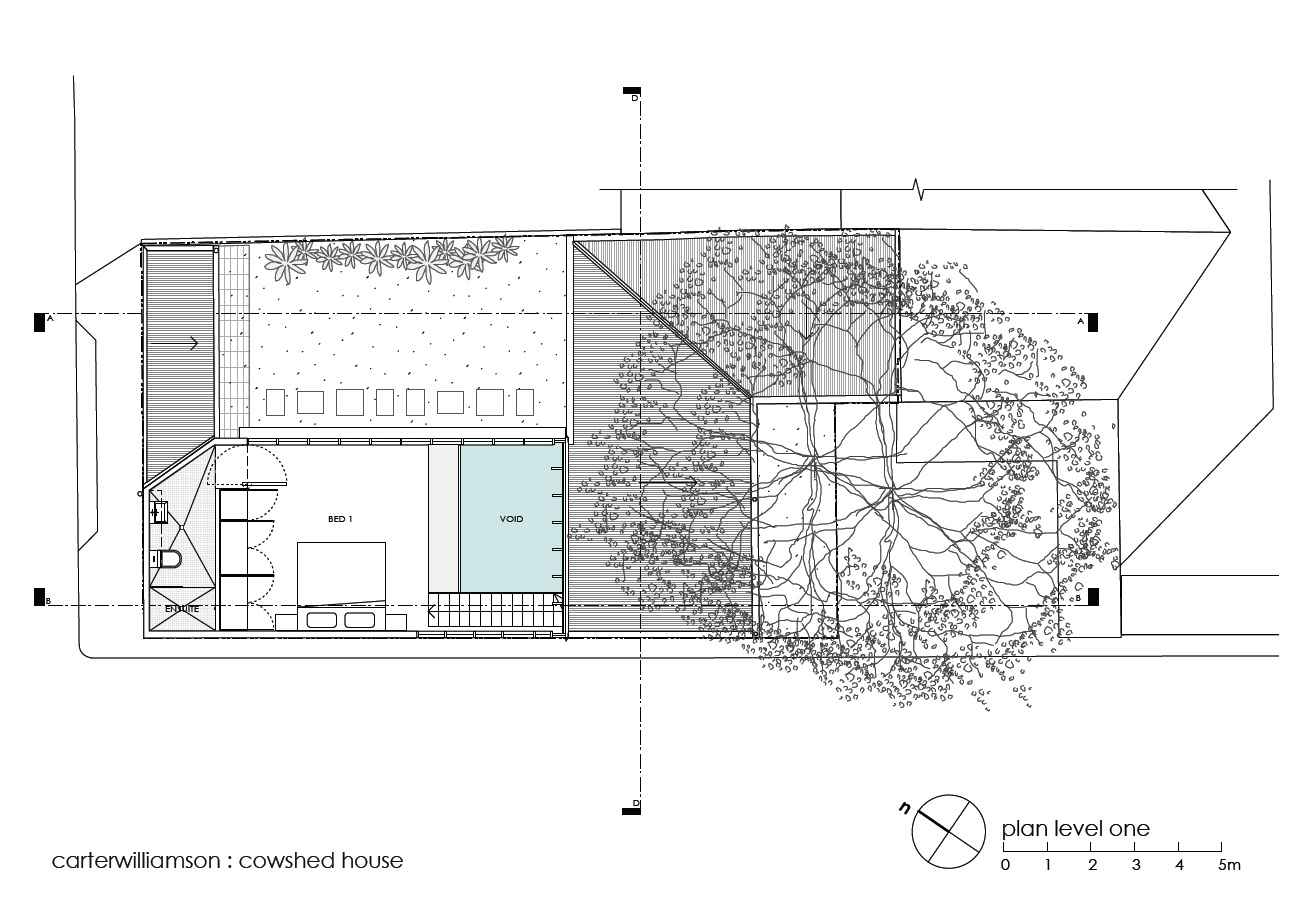 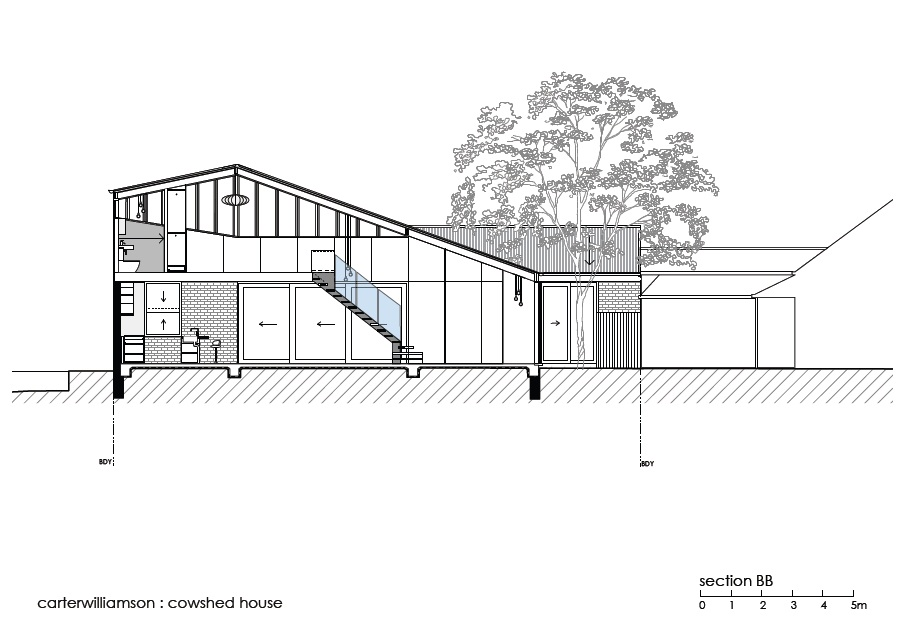 Wherever possible the existing building fabric of the original cowshed was preserved, but sadly much was structurally unsound. What was rebuilt carries the spirit of the cowshed, composed from a palette of simple, robust materials that simultaneously address the restraints of the tight budget; concrete slabs were polished as flooring, recycled bricks left as face for the internal walls and the timber structure exposed. Oiled timber doors and windows and corrugated cladding hint at the Australian pastural vernacular now all but forgotten in this rapidly gentrifying neighborhood. 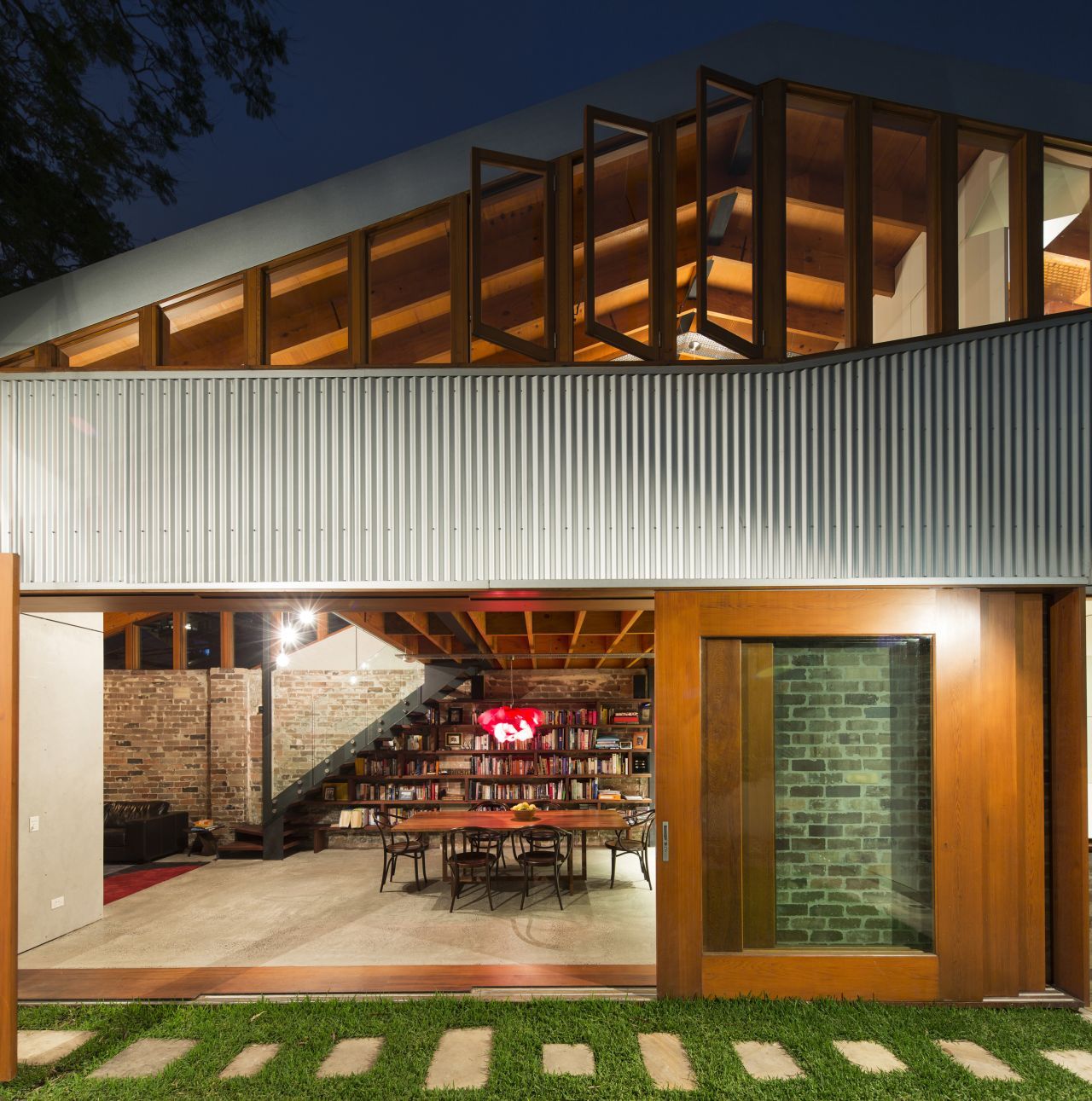