This Home in Northcote is Designed Like an Oversized Doll's House

Like a real doll's house, this addition by BKK Architects is two spaces stacked on top of each other and uses furniture and joinery to divide spaces instead of doors and walls… 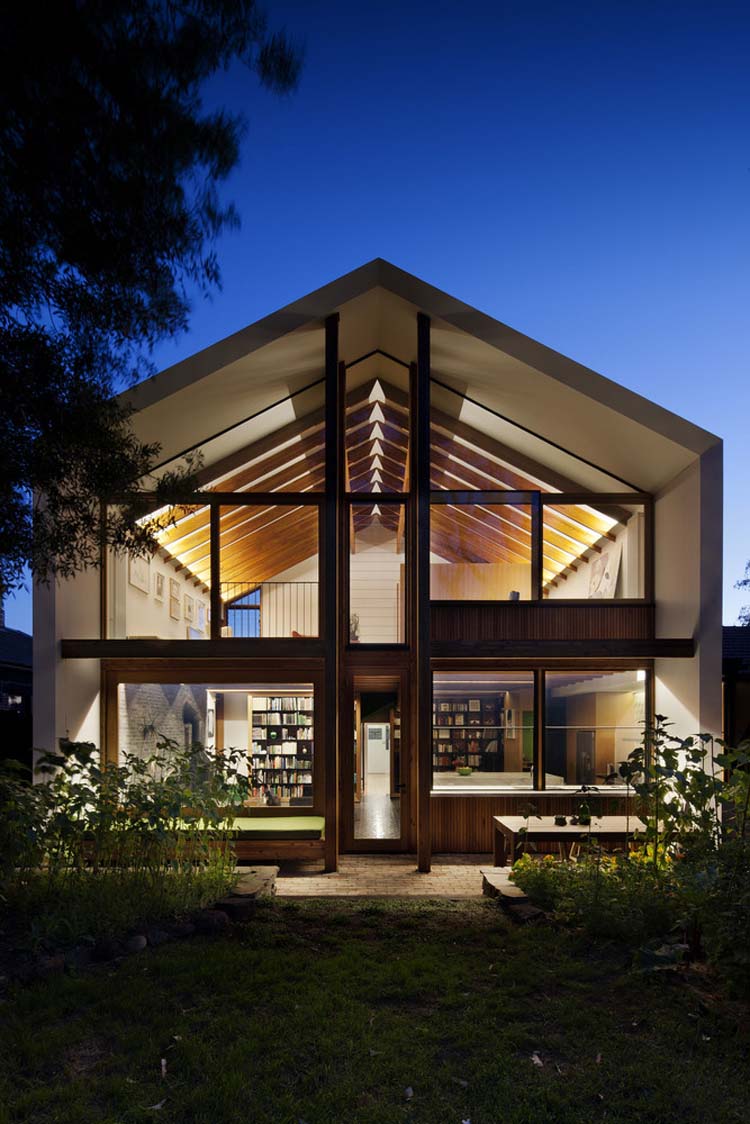 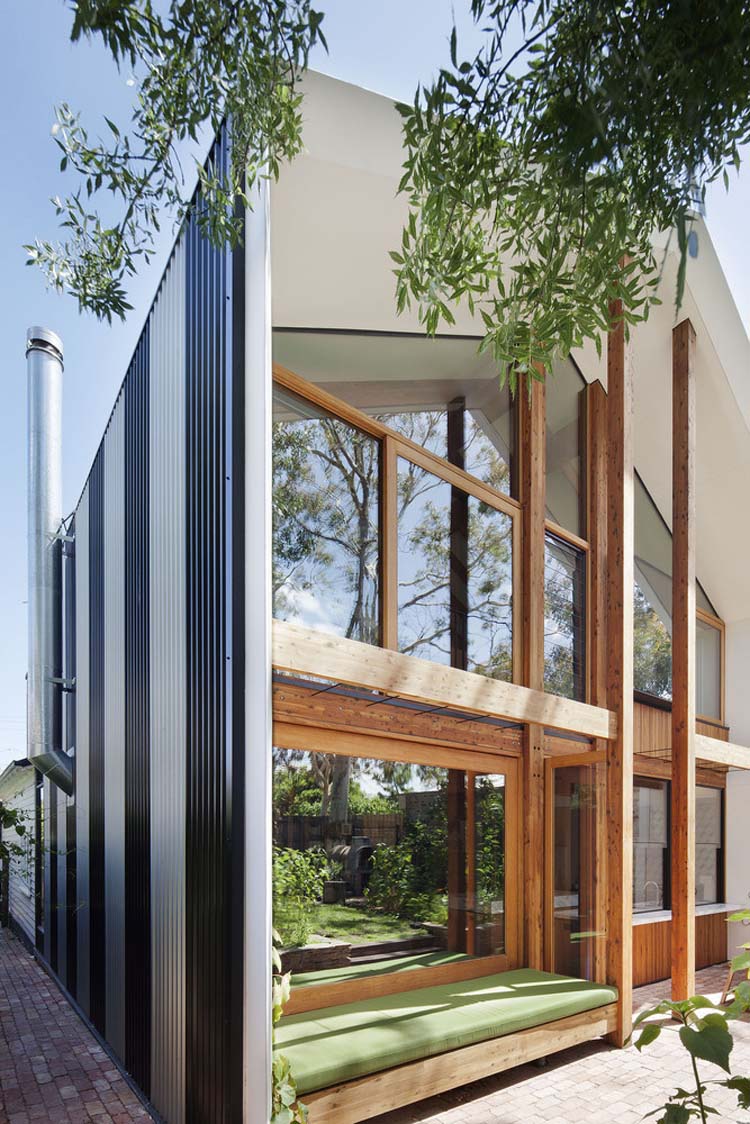 Doll's House is an idea about providing flexible, highly sustainable living that is responsive to its context and able to adapt to the changing needs of a family over a long life-span. The first known Doll’s house, originally called a ‘baby house’ back in 1557, was a showcase for local creatives and craftspeople to display their wares. The spirit of this history is reflected in this modern day, real-life doll's house. 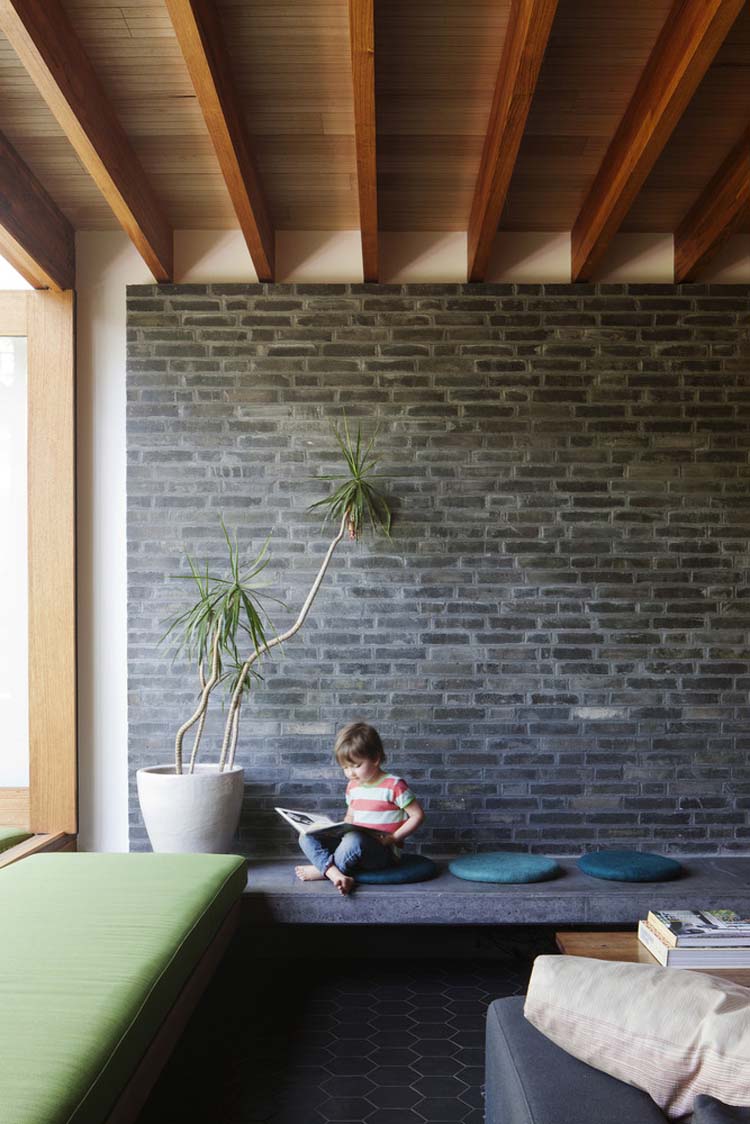 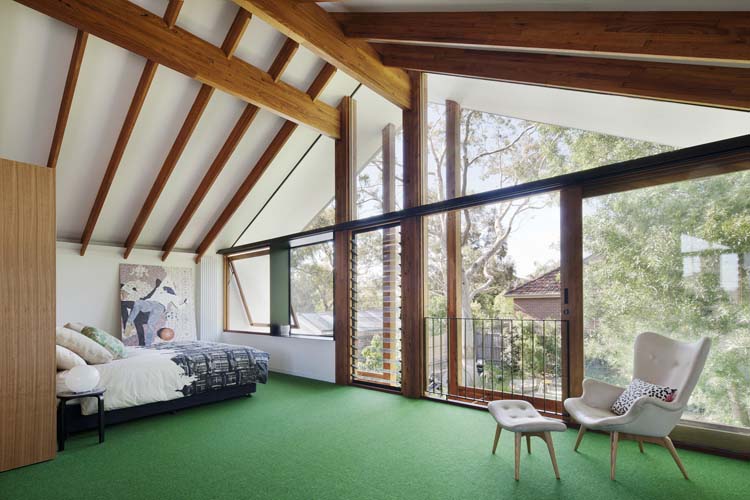 The Doll's House later became a play thing for children; a space of imagination. Shared ideas of creativity, craftsmanship, play and imagination underpin this house, whilst also mirroring the flexibility of the Doll’s house where a bedroom can become a living room or dining room by simply moving furniture or joinery. 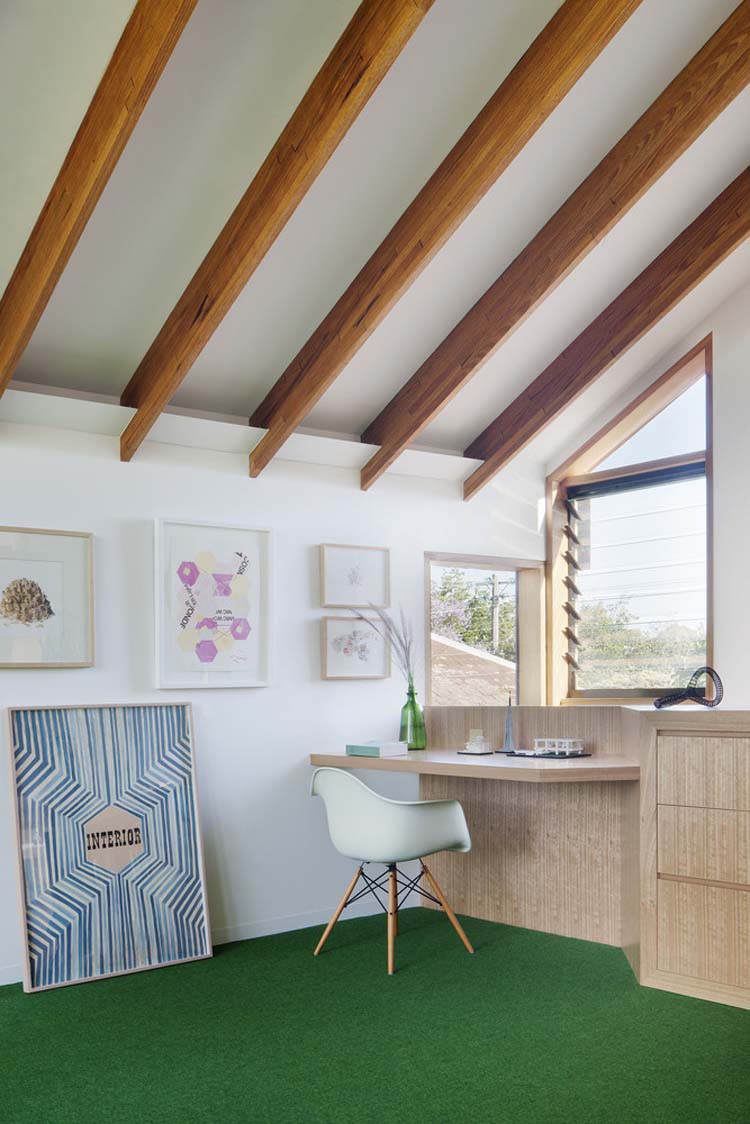 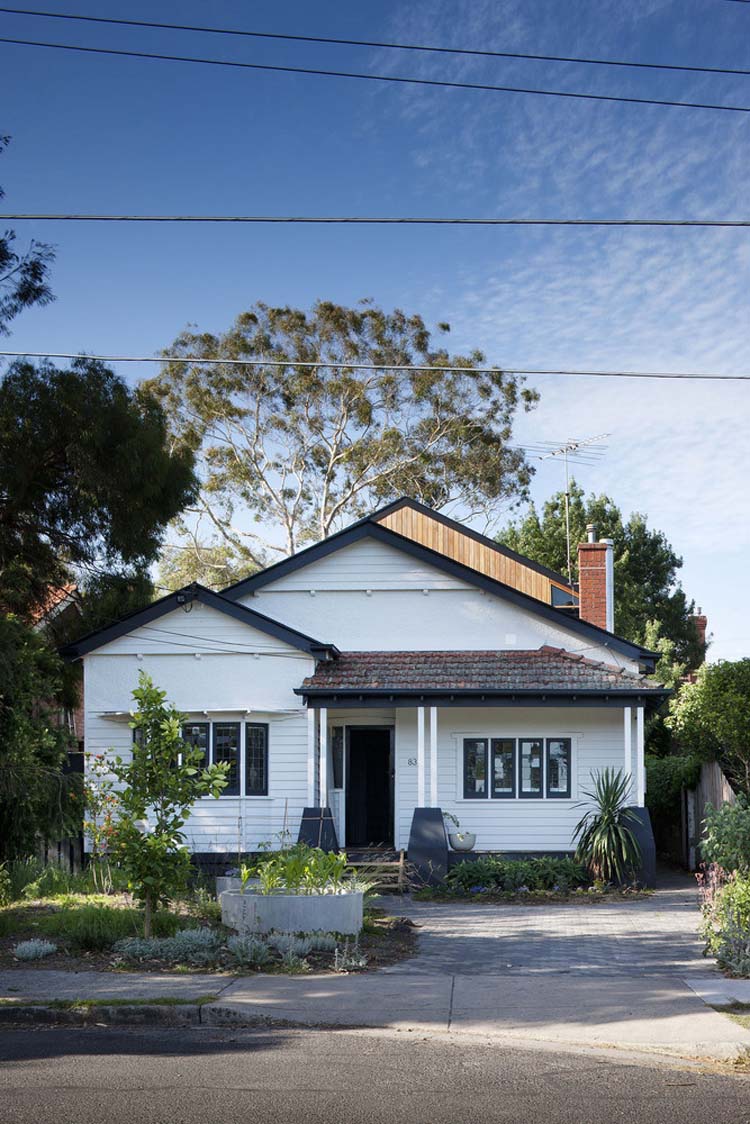 The new addition is largely made up of two spaces stacked upon each other, with no doors or walls, just furniture and joinery to divide space and imply use. The two levels of the house are treated quite distinctly; the lower sunk below ground level and heavily grounded, whilst the upper is soaring into the treetops. The new addition frees up the plan of the old house where the former living and dining areas have become a flexible buffer space with an artist studio and playroom that place creativity and play at the centre of the home. 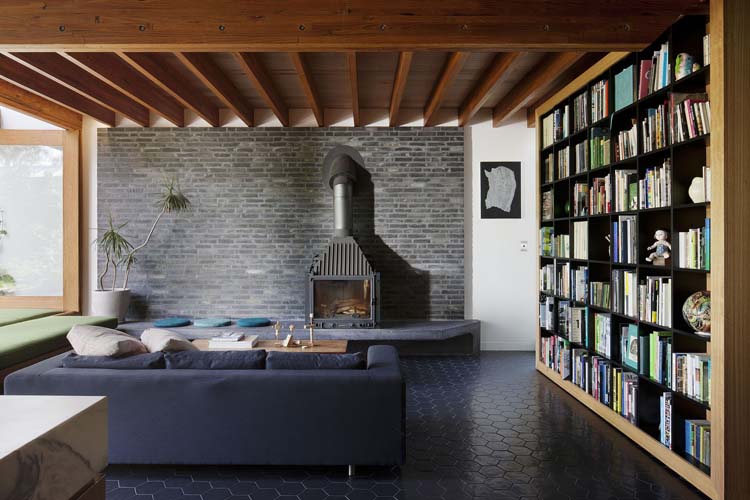 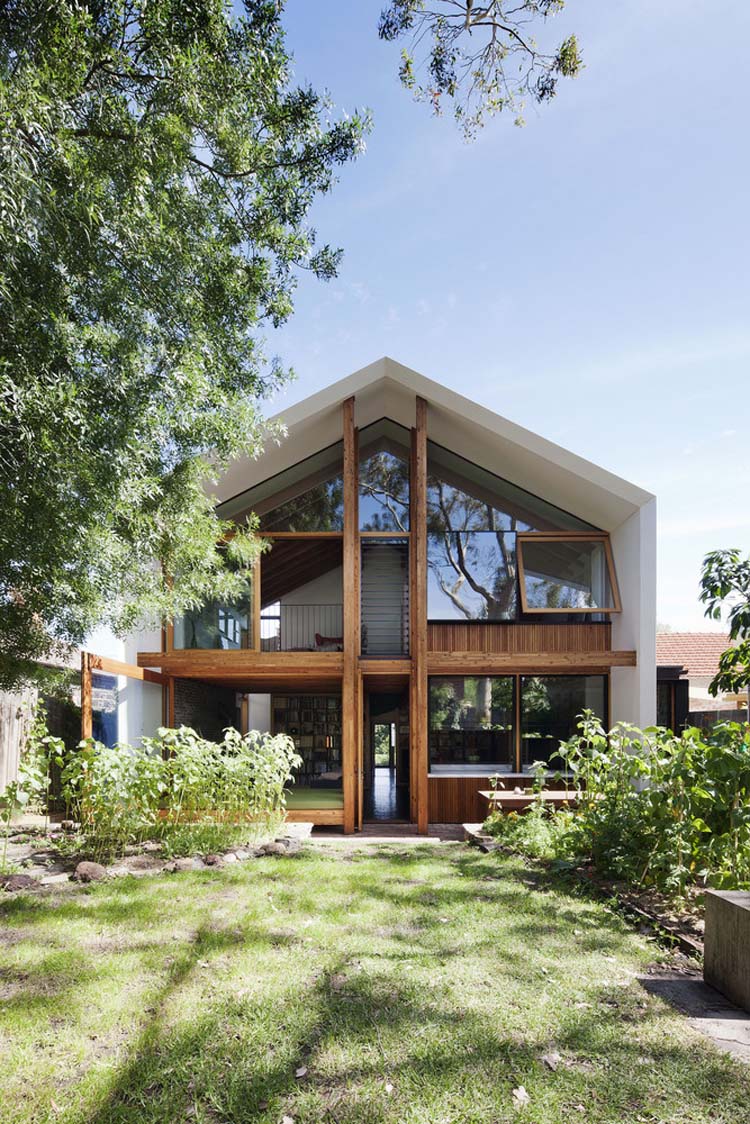 There is a nostalgic reference to the child’s simple drawing of a house in its most basic form, with smoke billowing out of the chimney, a place of happiness and content. The façade is based on the opening credits of the children’s program Playschool where every window is different and provides a portal into some other world. The interior space of the house can be fully opened and extended to the landscape beyond. Materials have been carefully chosen for their ability to demonstrate a level of craft; from oversized exposed timber beams to hand-painted tiles by the owner. 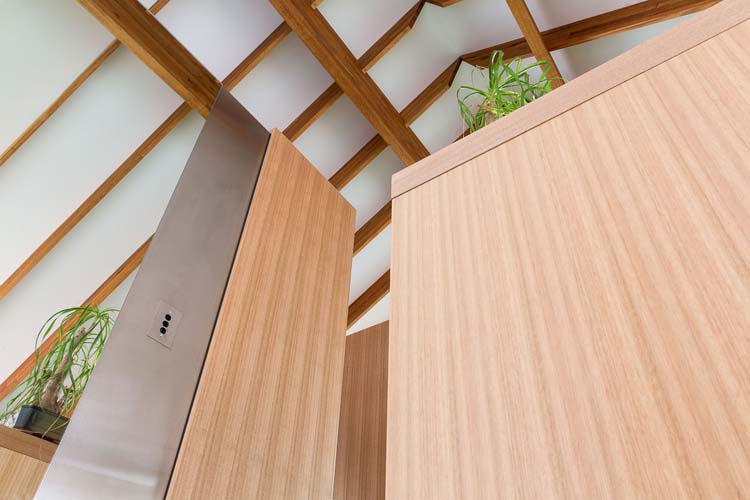 Sustainably the house is rethought from first principles; transforming a drafty, uninsulated timber bungalow into a well-performing house of the future. The house is reorientated to the north and employs: perfect solar access, an R7 insulated fabric, highly sealed envelope, thermal mass, low VOC materials and excellent cross ventilation. 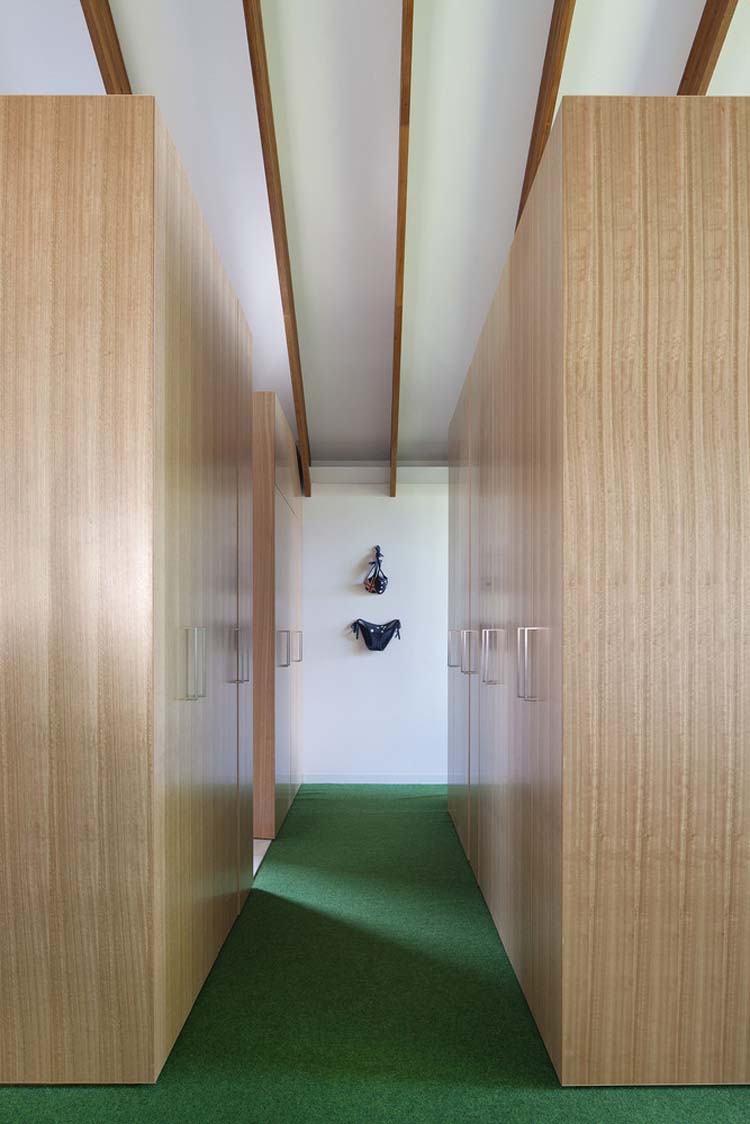 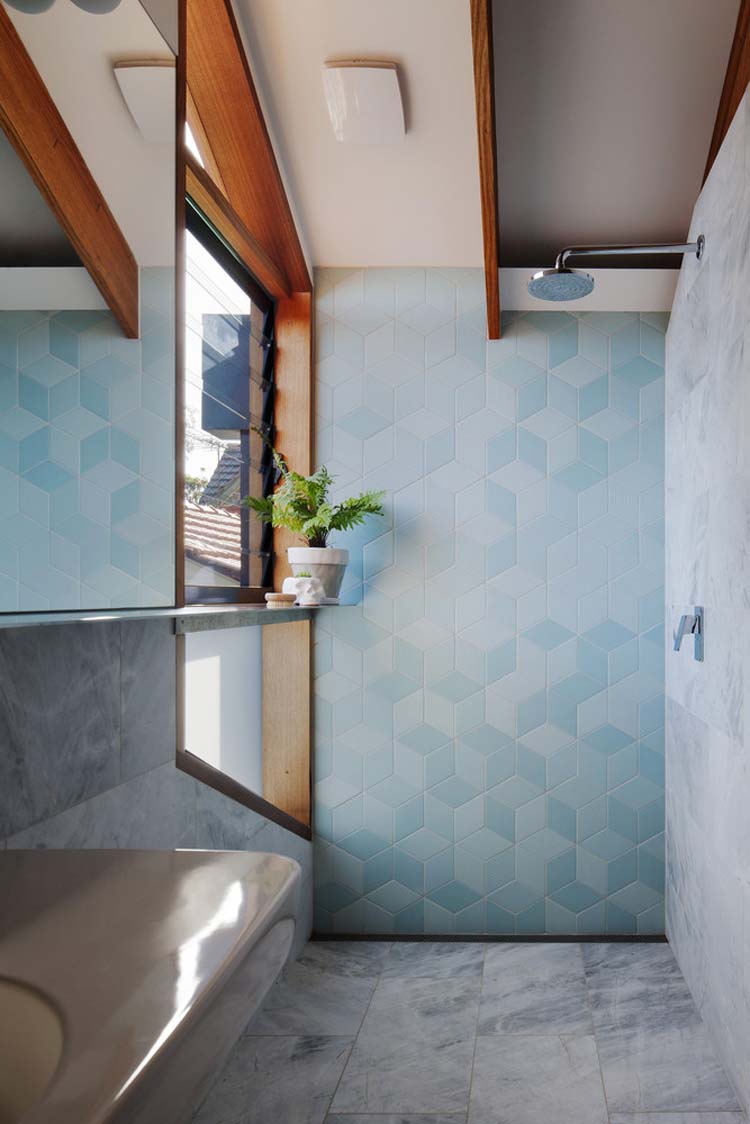 The lighting is custom designed and manufactured low-energy LED that is fully integrated into the house. The striped façade is borrowed from zebras, the only equine animal to live in the savannahs. When captured by thermal imaging, the zebra stripes show large temperature differential across the different colours, creating small currents of airflow across their bodies. 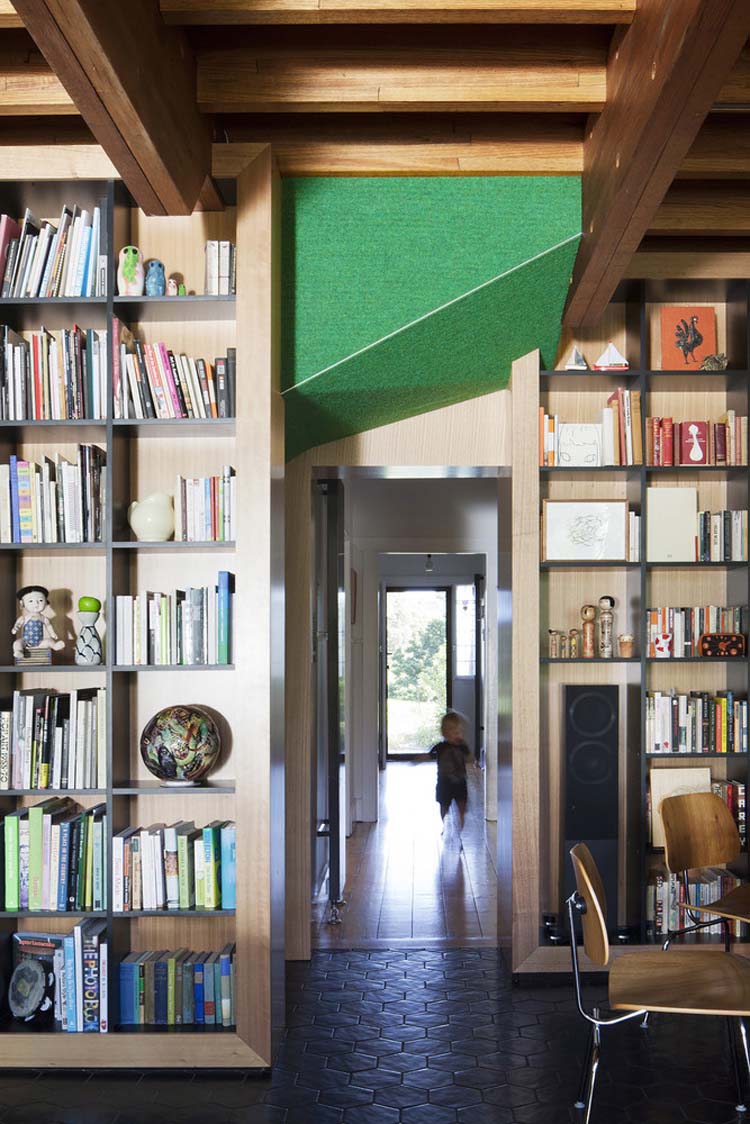 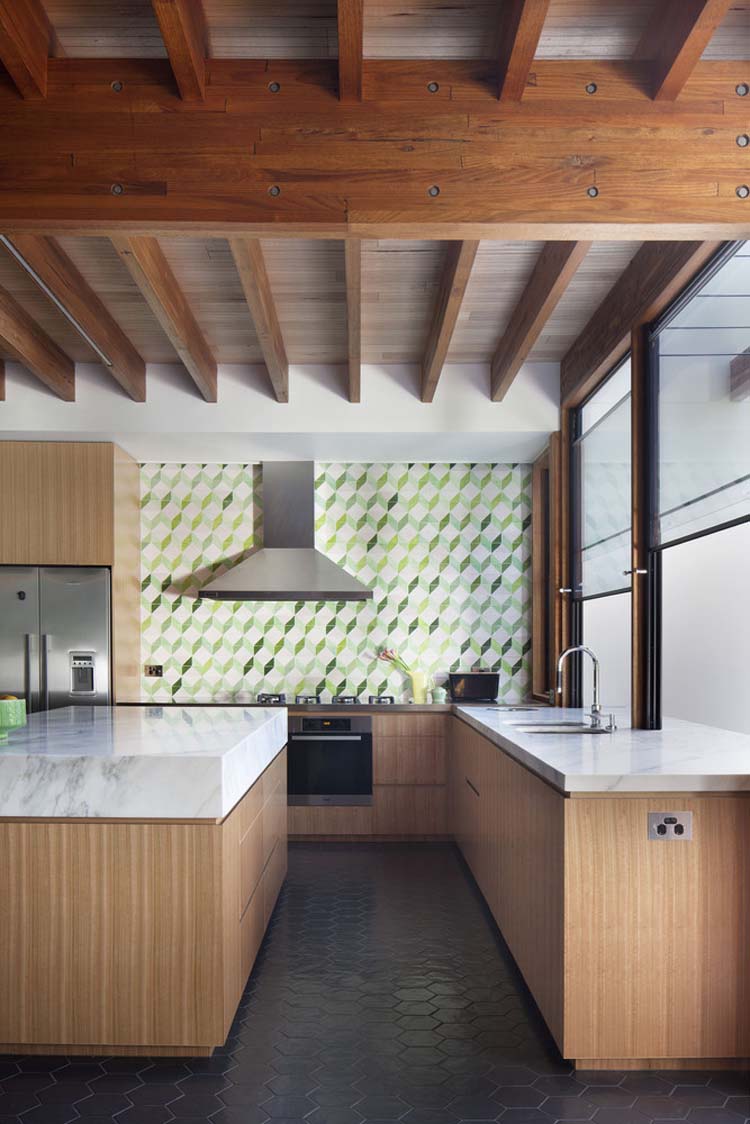 The landscaping is practical and largely drought tolerant, with the use of grey water re-cycling to water the fruit trees and an underground rain water tank to water the vegetables. There is a combination of wildflowers, succulents and natives interspersed with edible plants and vegetables like tomatoes, pumpkins and beans. The two circular concrete planters out the front are re-purposed water tanks without the top and bottom. 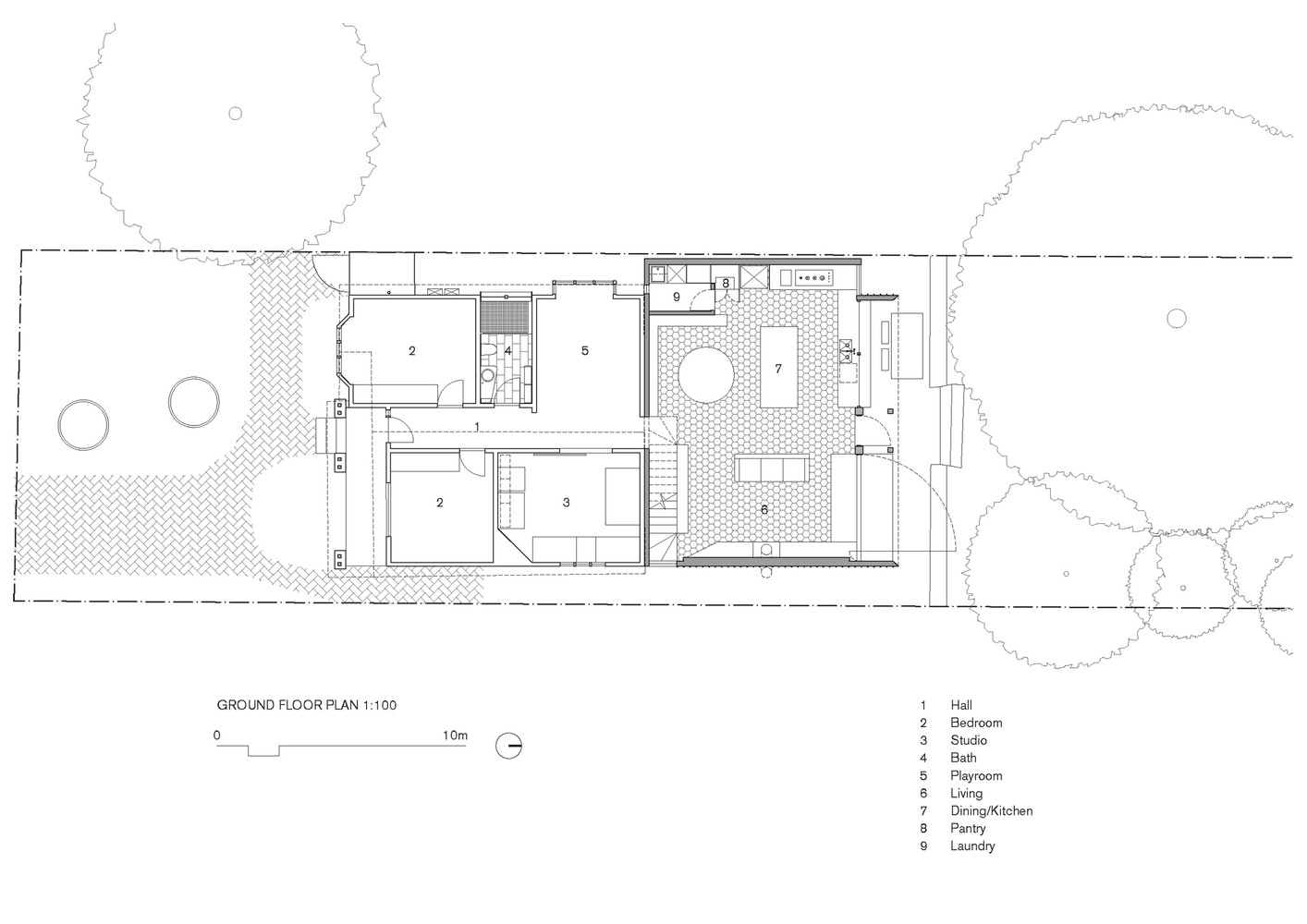 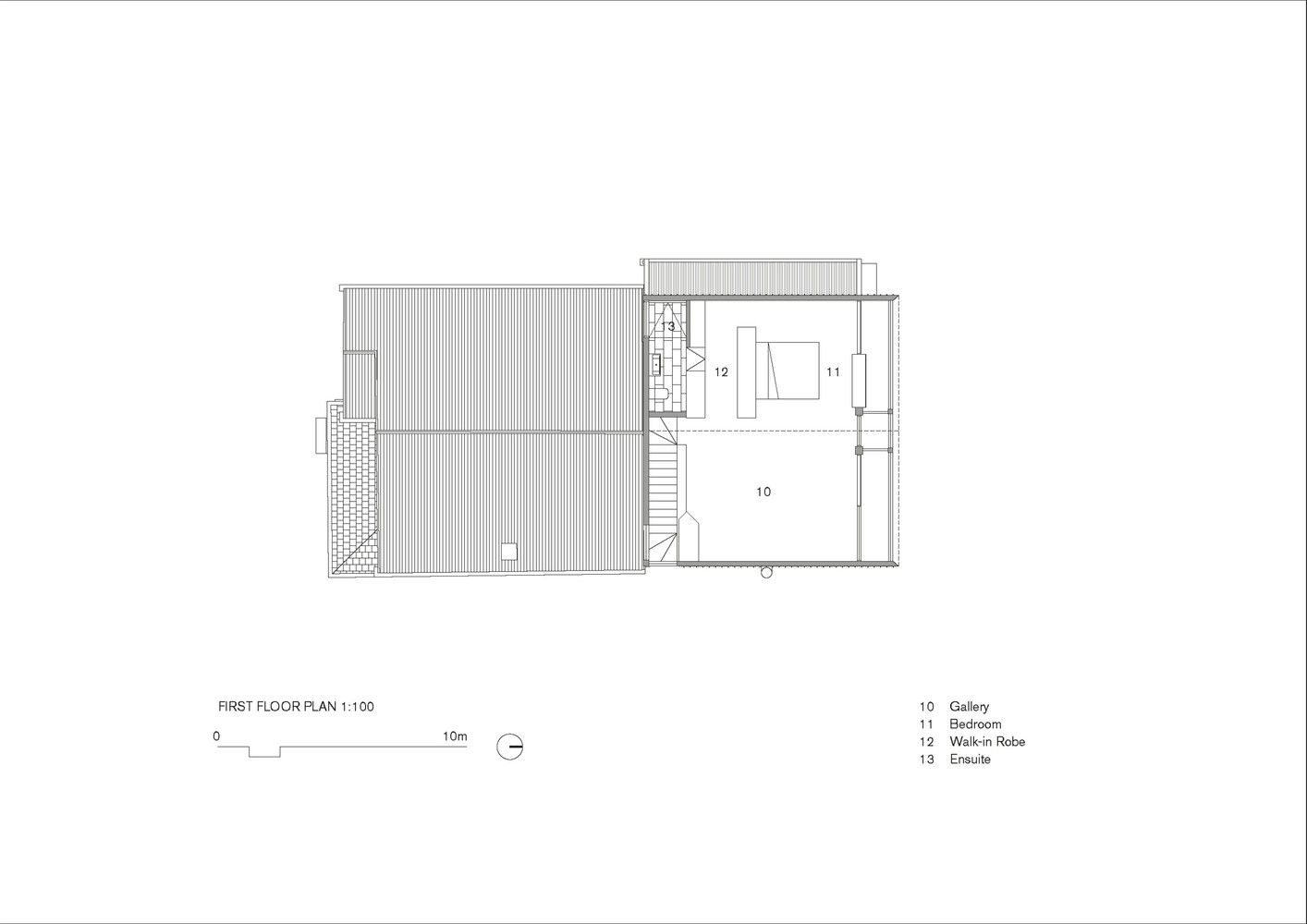 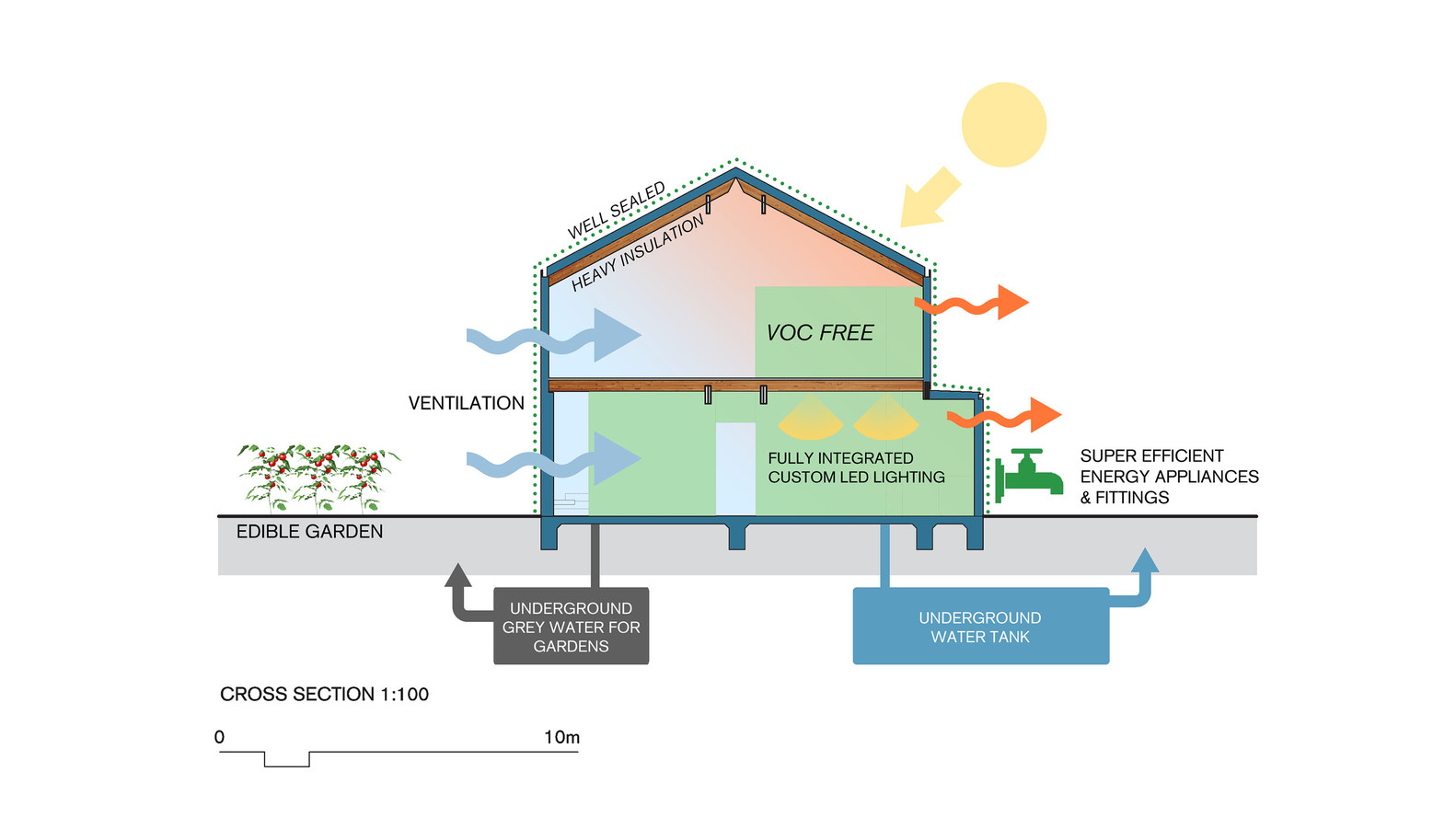