This Renovation Turns the Traditional Terrace Layout on its Head

Visualise a traditional Victorian-era terrace for a moment. I'm guessing you could see an elaborate front verandah, with cast iron lacework framing the columns. Then you noticed the heavy, decorative door, recently painted a rich shade of claret. Or Oxford blue. Or, my personal favourite, chartreuse. Opening the door you enter a long, dark corridor. All of the square rooms lead off this corridor. These rooms are well-proportioned thanks to high ceilings which are decorated with ornate cornices and ceiling roses. But due to the narrow floor plan and only a small light well between houses, they are often dark too.

Now imagine you had to design a modern addition to a traditional terrace. How could you design a space that is light-filled and connects to the backyard, respectful to the original home and ensures the whole house is suitable for a modern lifestyle?

Eugene Cheah Architecture have done just that. The architects turned the traditional terrace on its head, by creating a single, open-plan space at the rear. 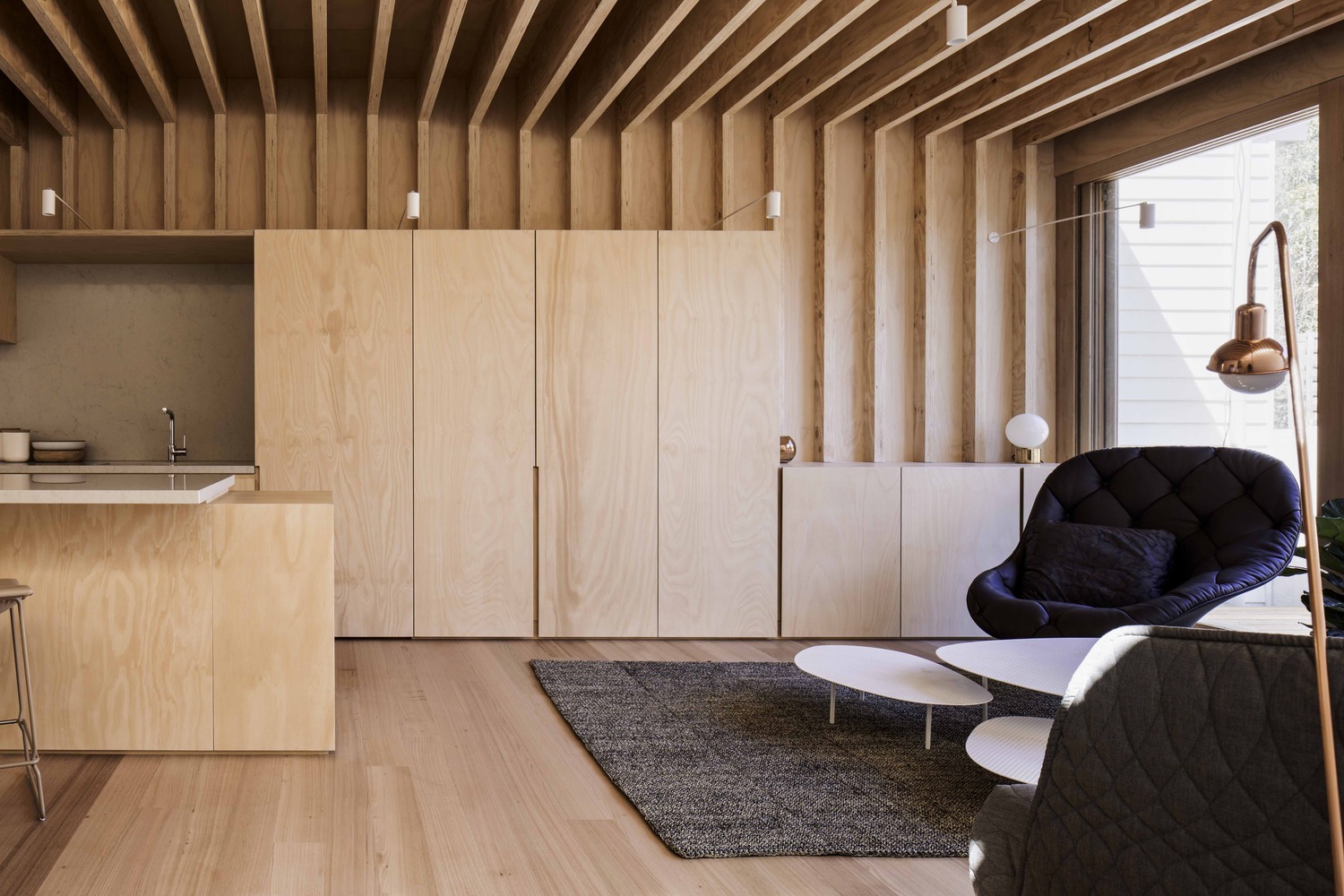 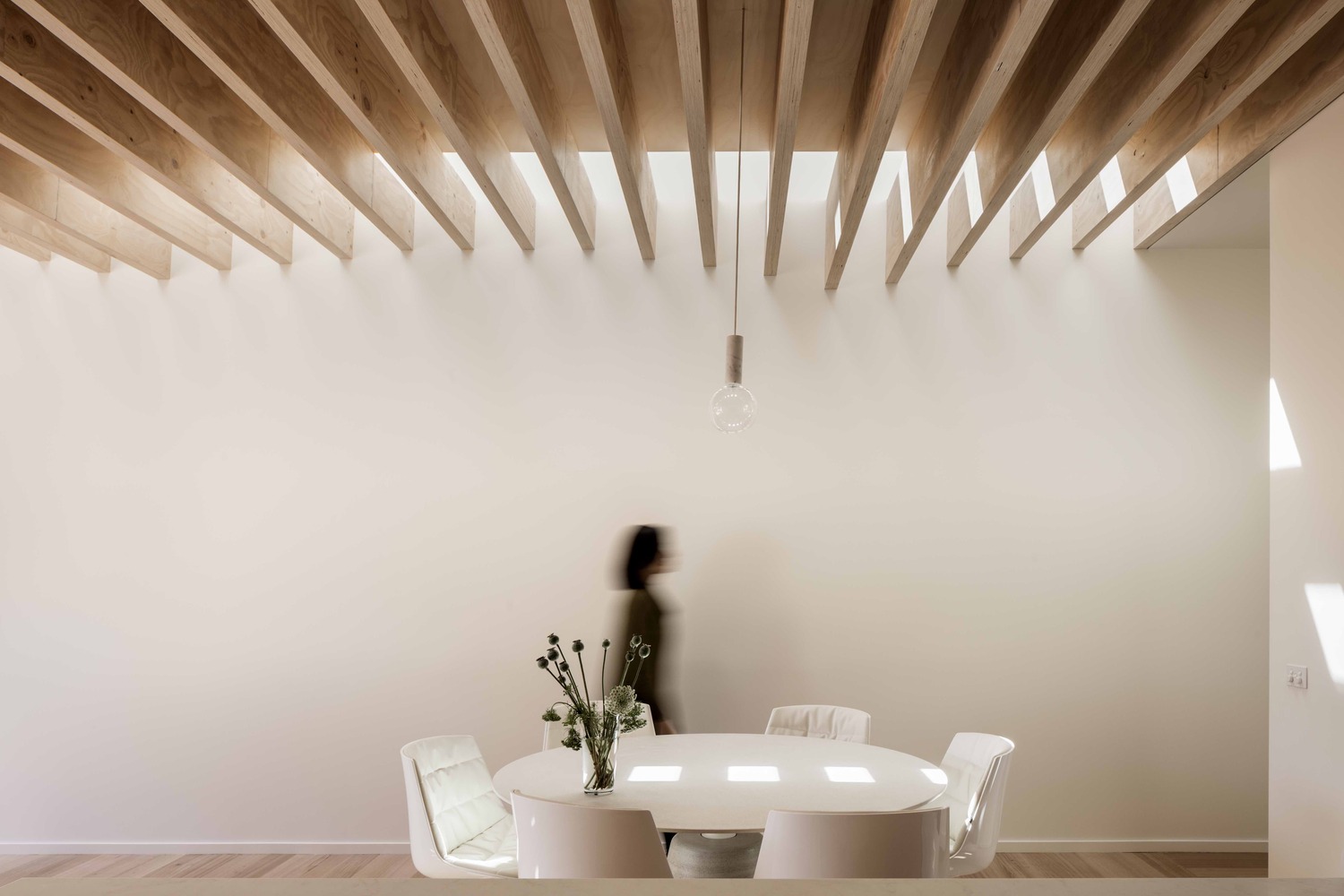 "In keeping with the unassuming character and intent of the original weatherboard cottage, this extension is a modest project, in scale and budget." - Eugene Cheah Architecture 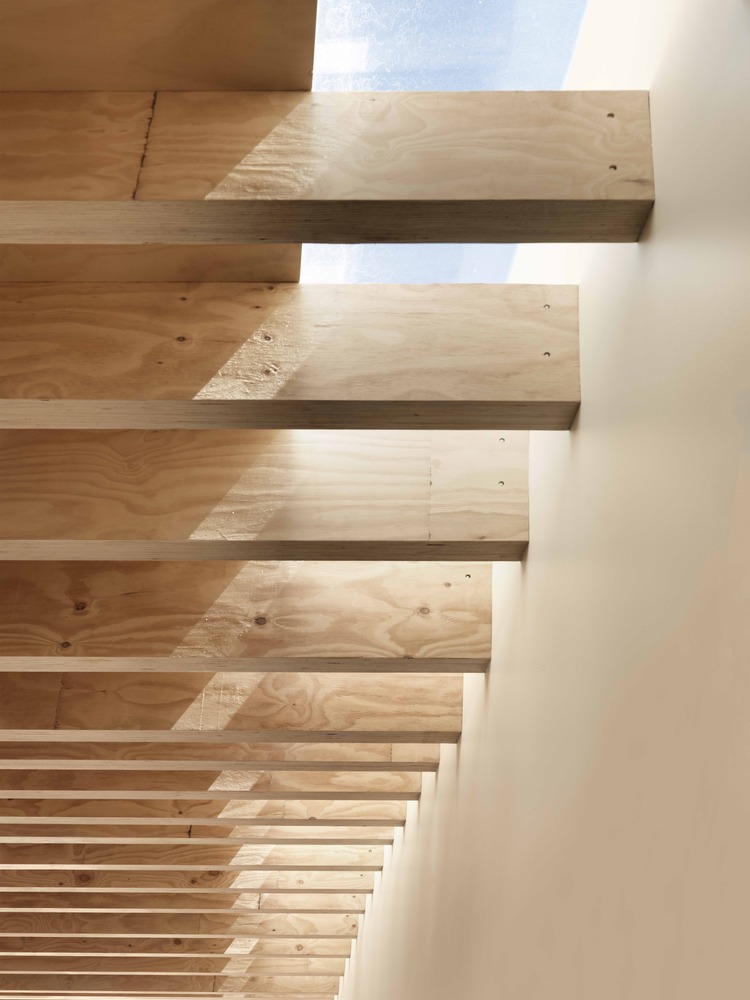 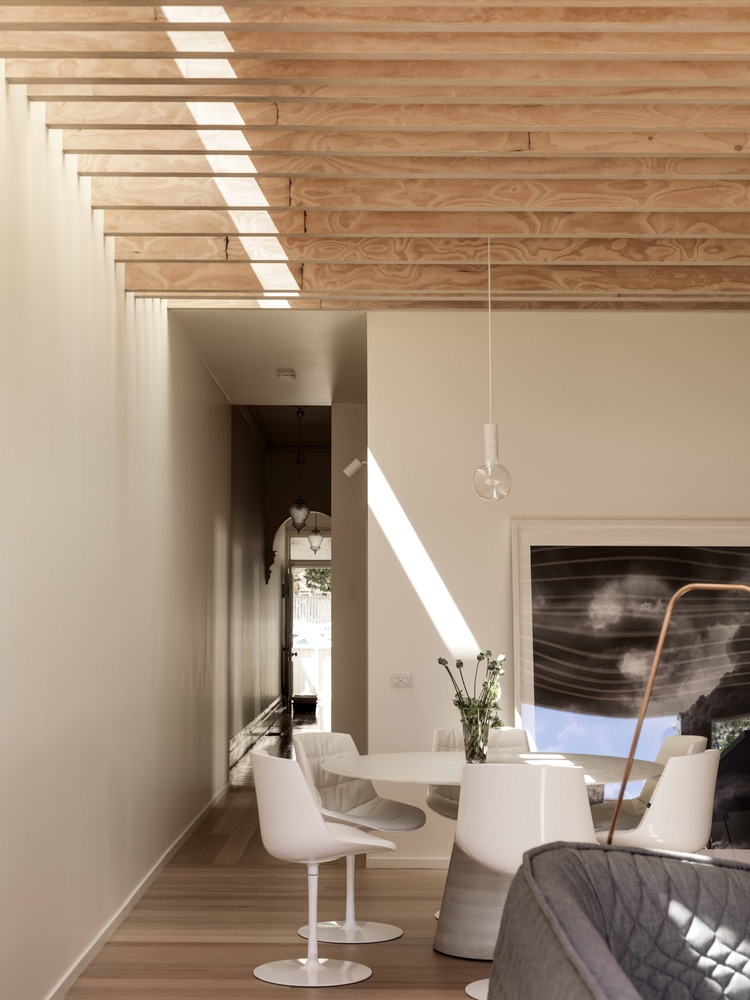 Entering the new space you immediately understand the differences between old and new. A sliver of skylight the same width as the corridor punctuates the transition from old to new. From dark to light.

A narrow strip of kitchen and storage runs along the opposite edge to the corridor, bookending the new living space. 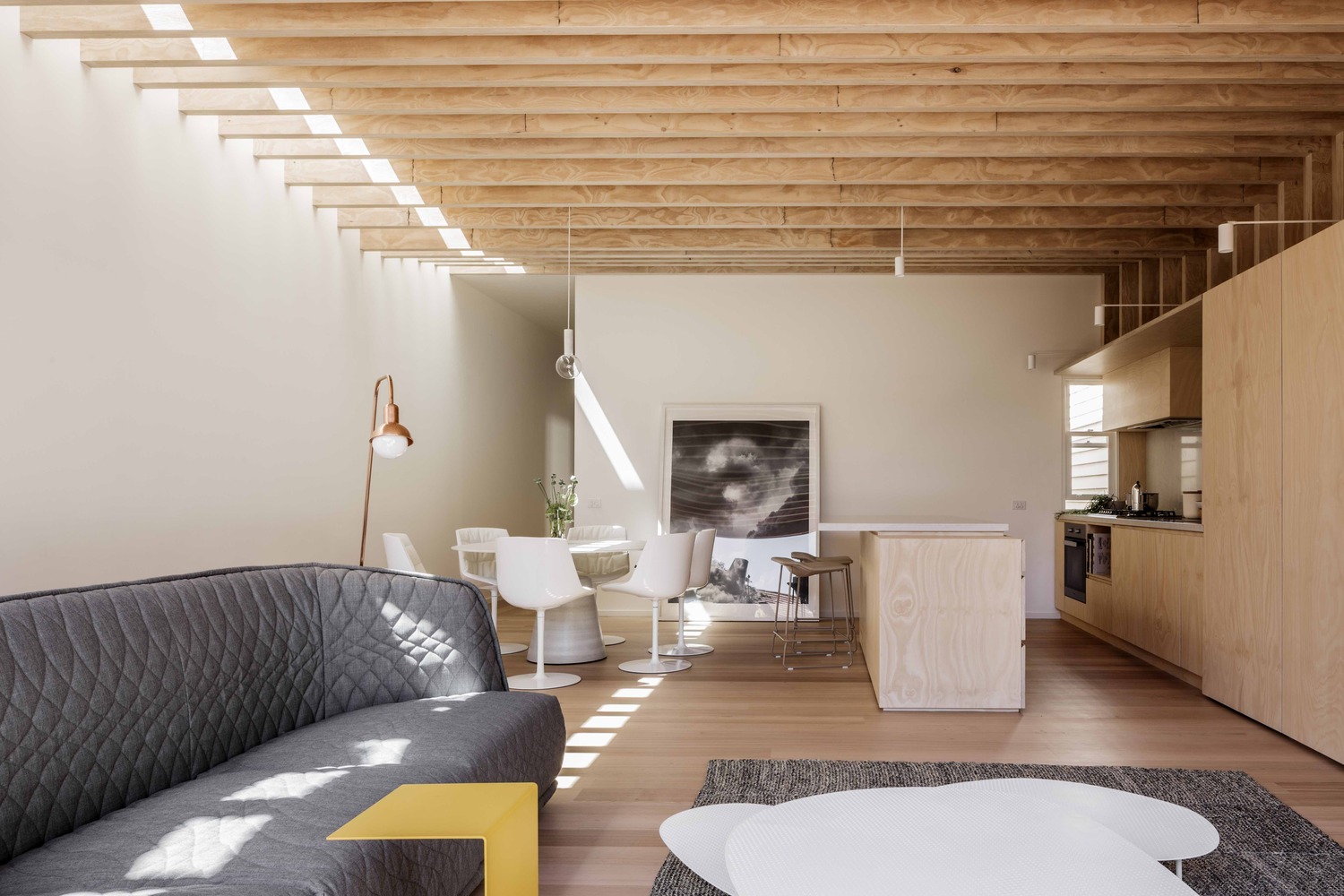 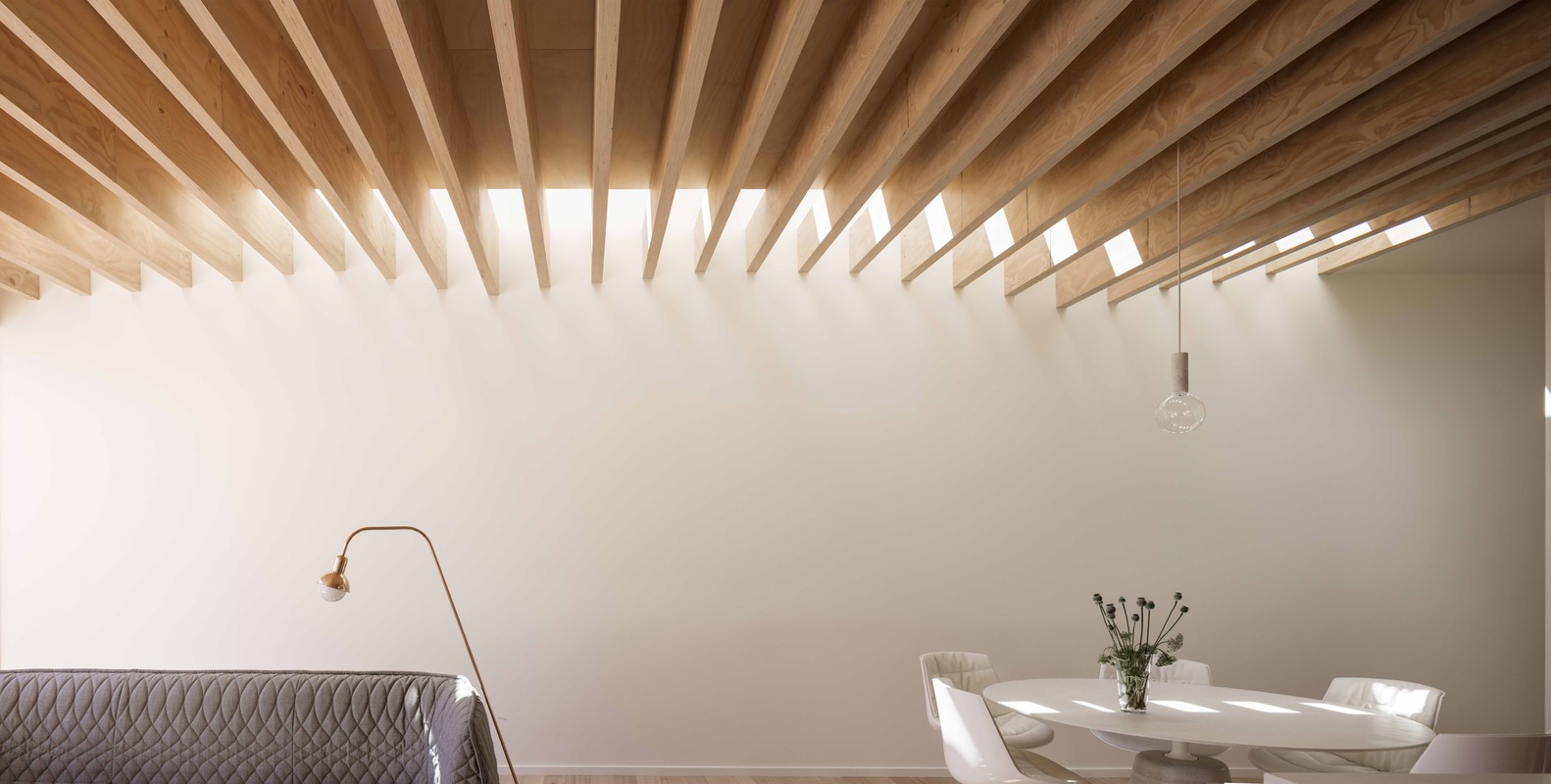 Even the structural logic of the home is inverted. Where the original terrace concealed its structure and added ornamentation to the plaster walls and ceilings, the addition celebrates its structure. Rafters are exposed and transformed into curvaceous ribs in the new living area, doubling as ornamentation. 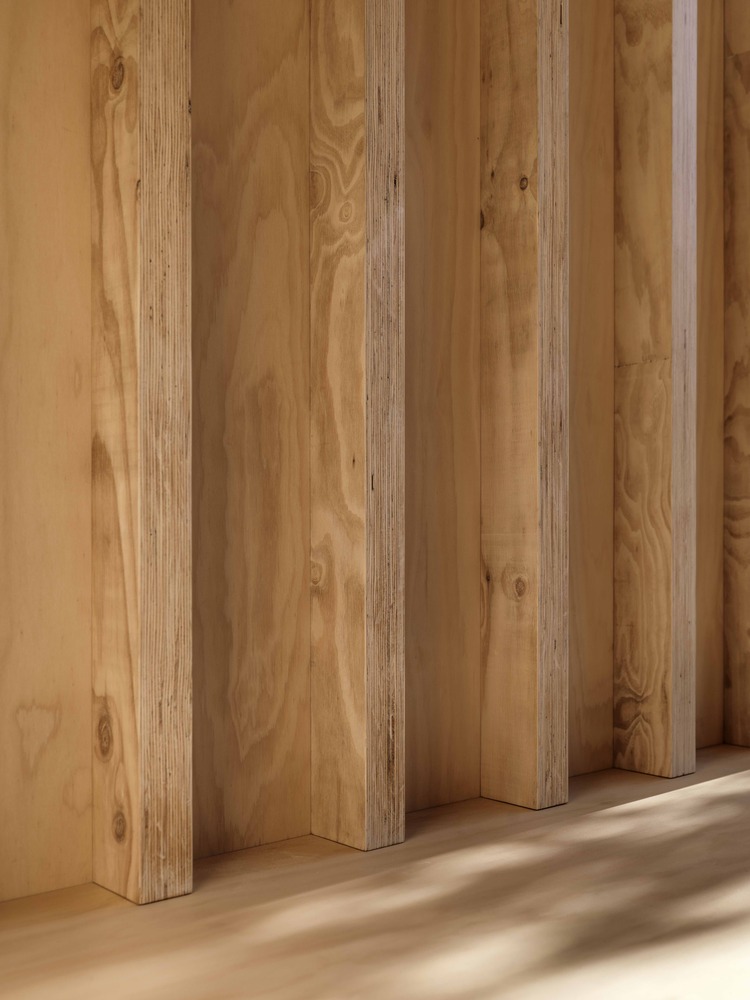 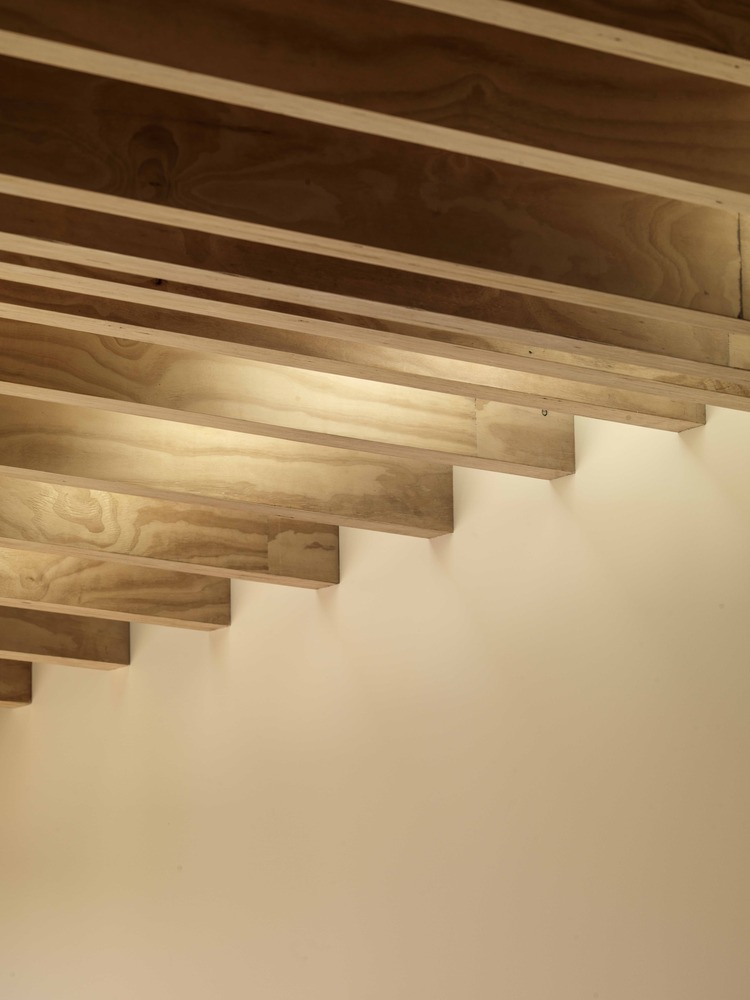 Both structure and joinery are constructed from laminated hoop pine, creating unified material and texture in the addition. 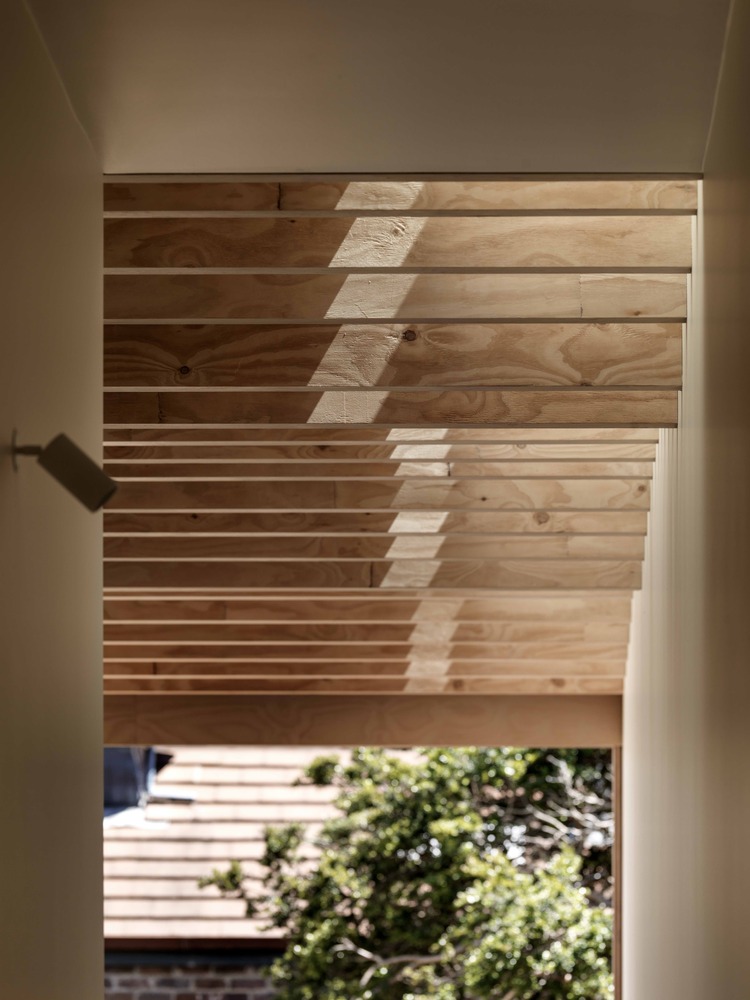 The light's interaction with the varying depths of rafters means there's a constant dance of light throughout the living room. "The experience of the house is of the tracks of sunlight and shadow moving across the space", explains the architect. 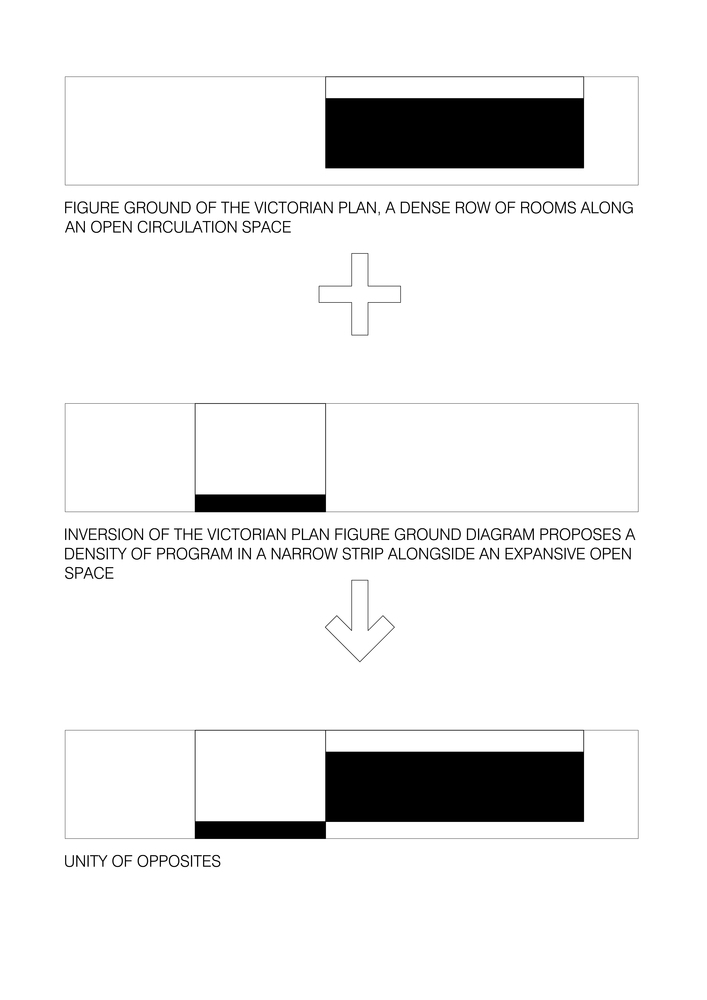 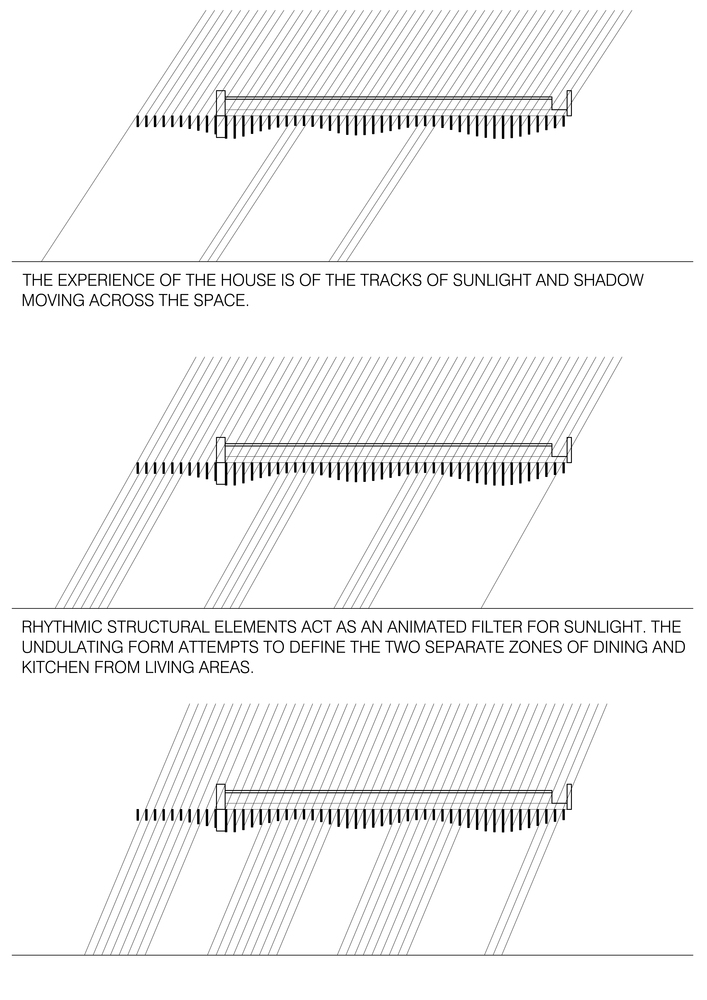 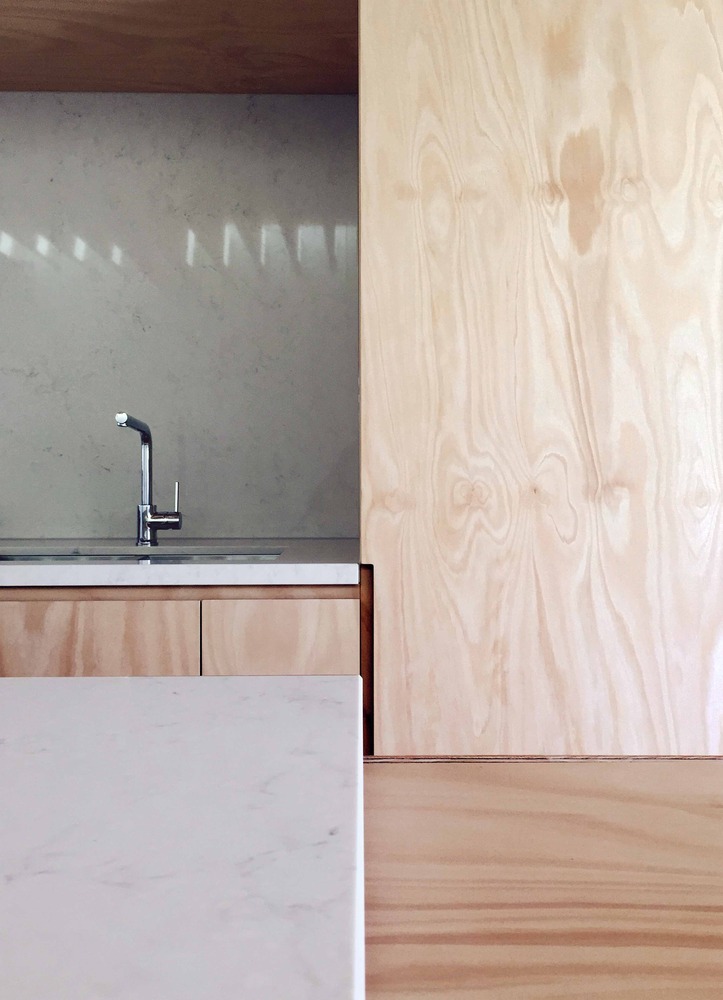 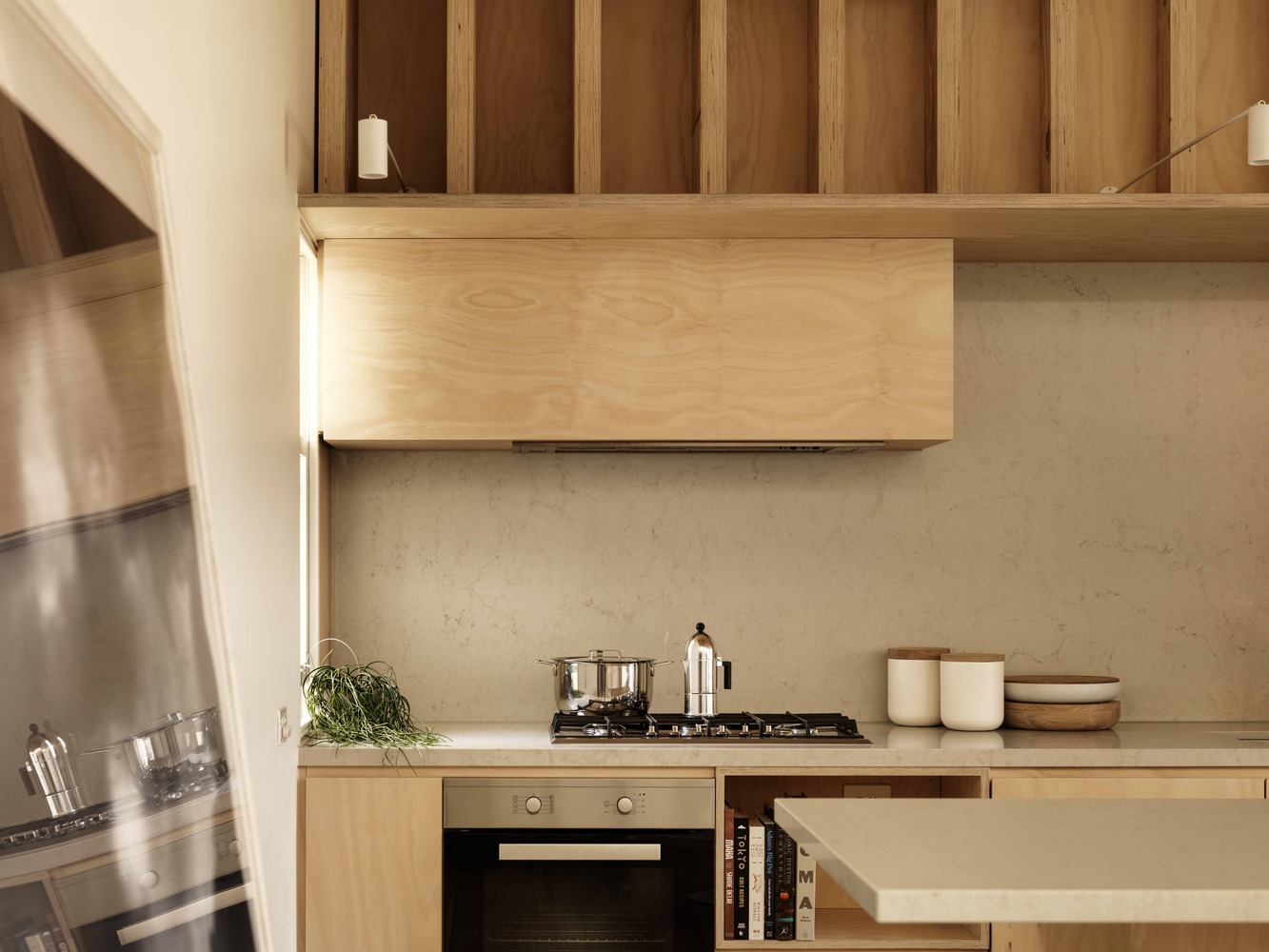 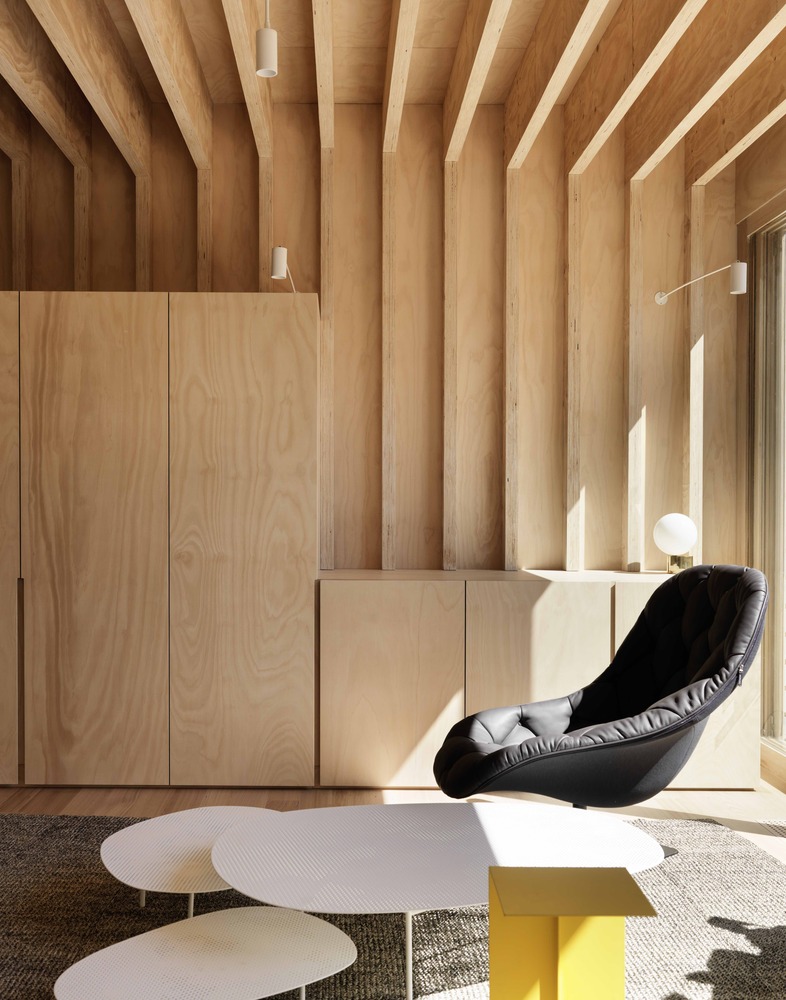 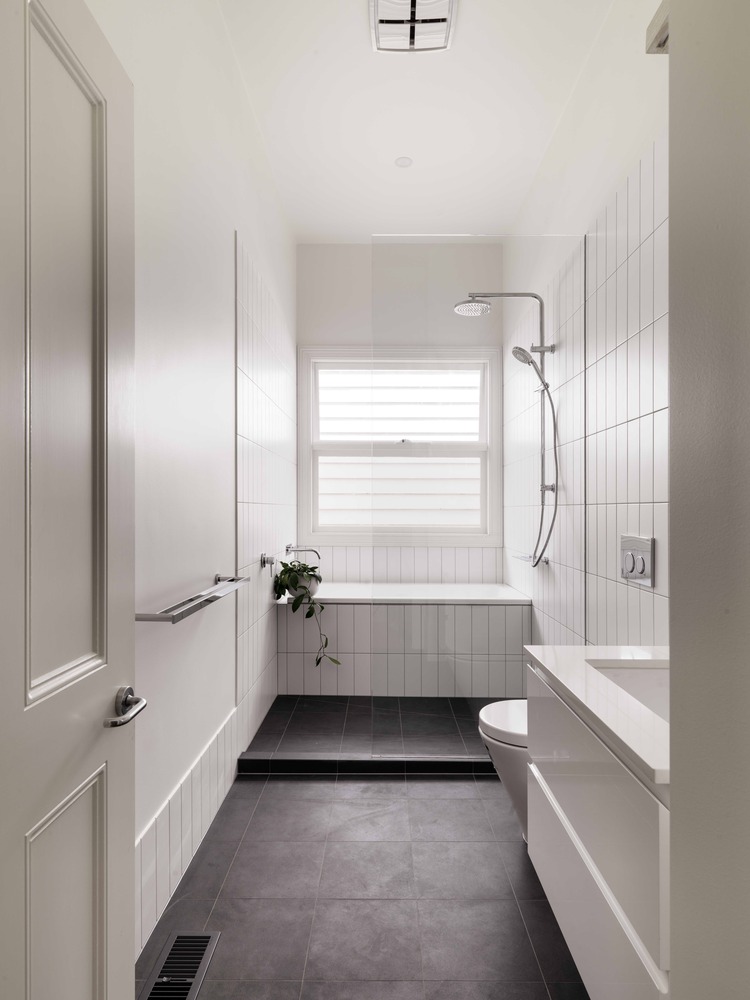 Where a traditional terrace is dark and cellular, this renovation finds light and open space; An addition of contrasts. The architects carefully deconstructed the terrace and rearranged the pieces to create an addition that respects the original, yet entertains our modern lifestyles. 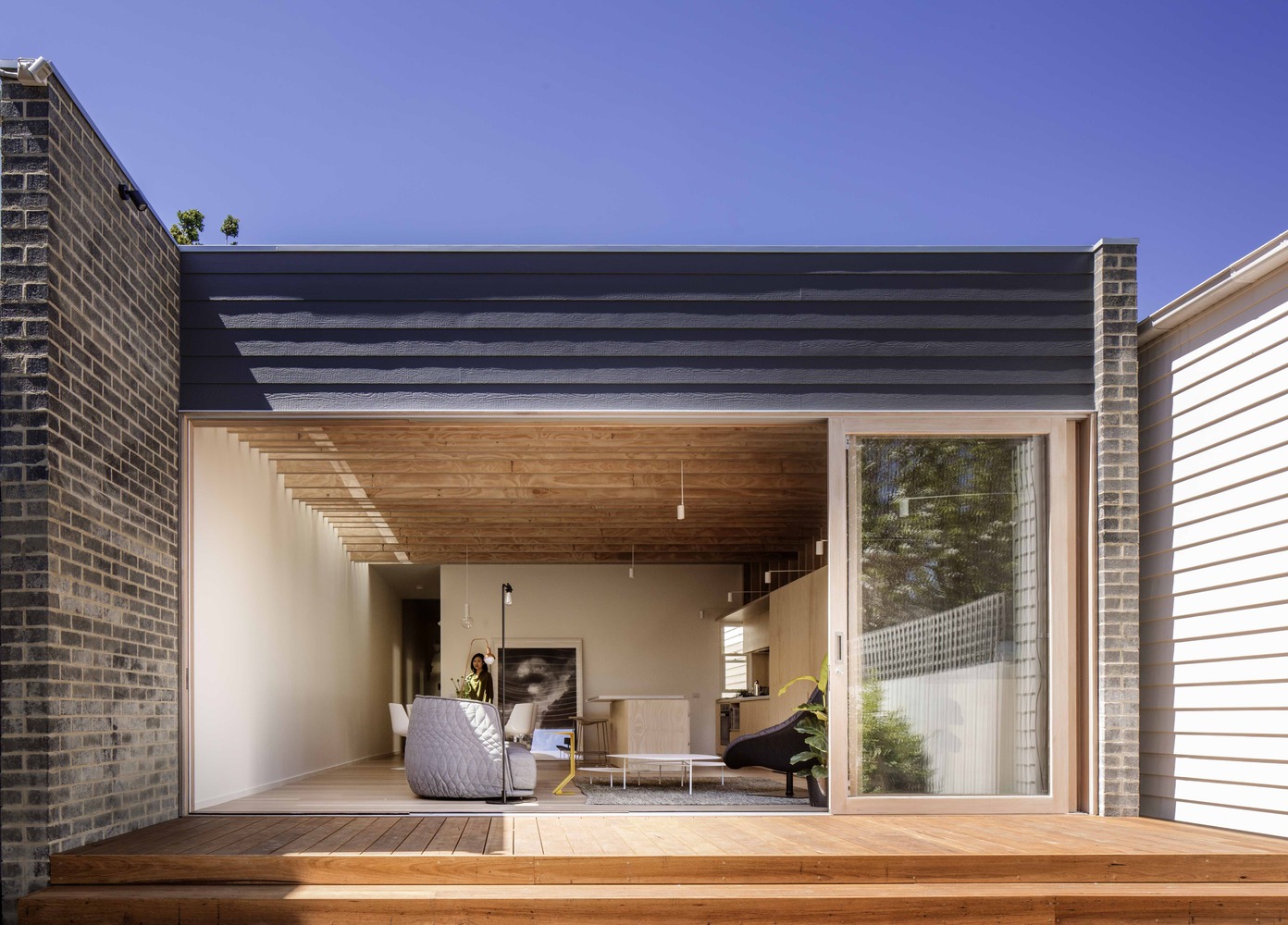 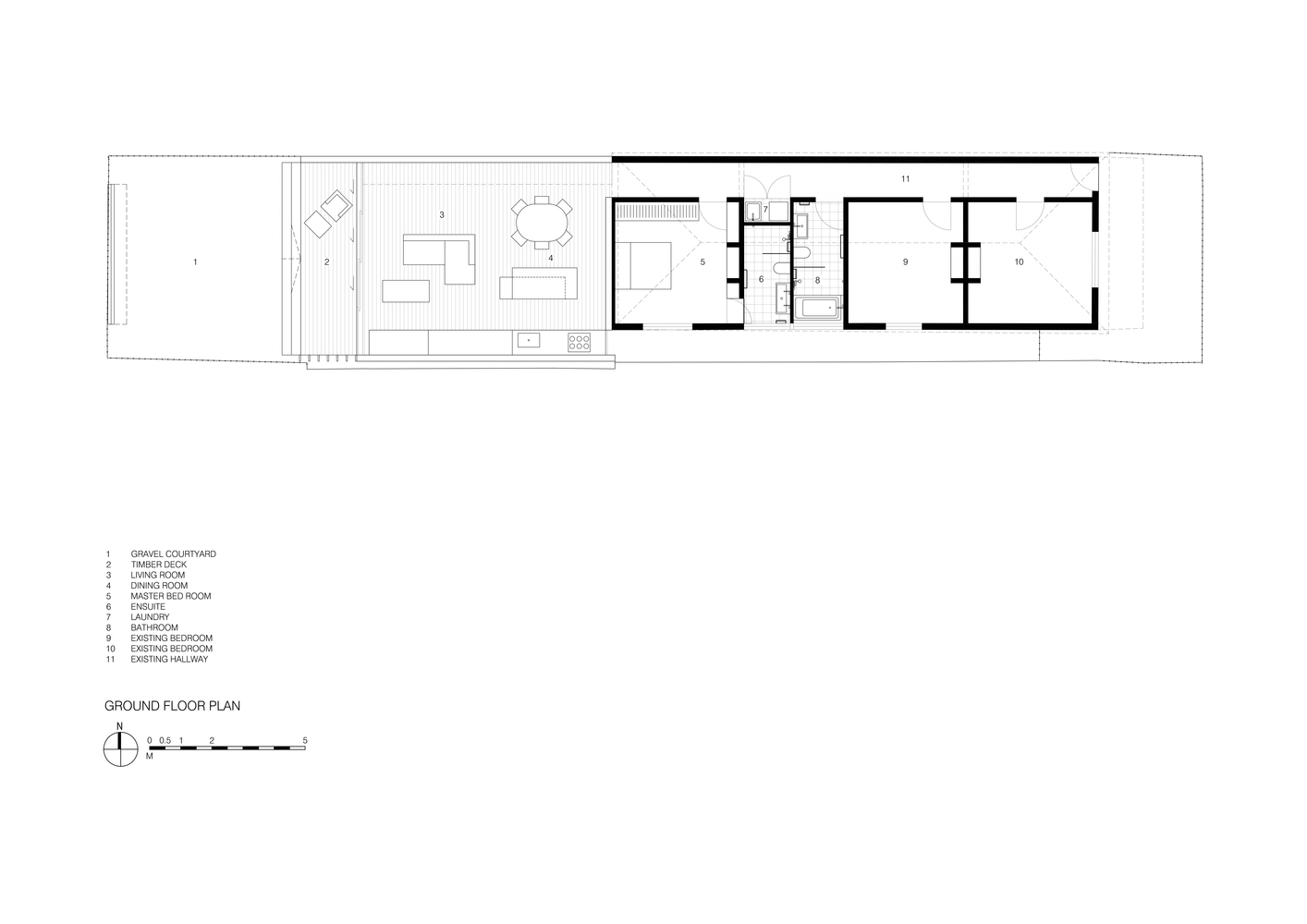 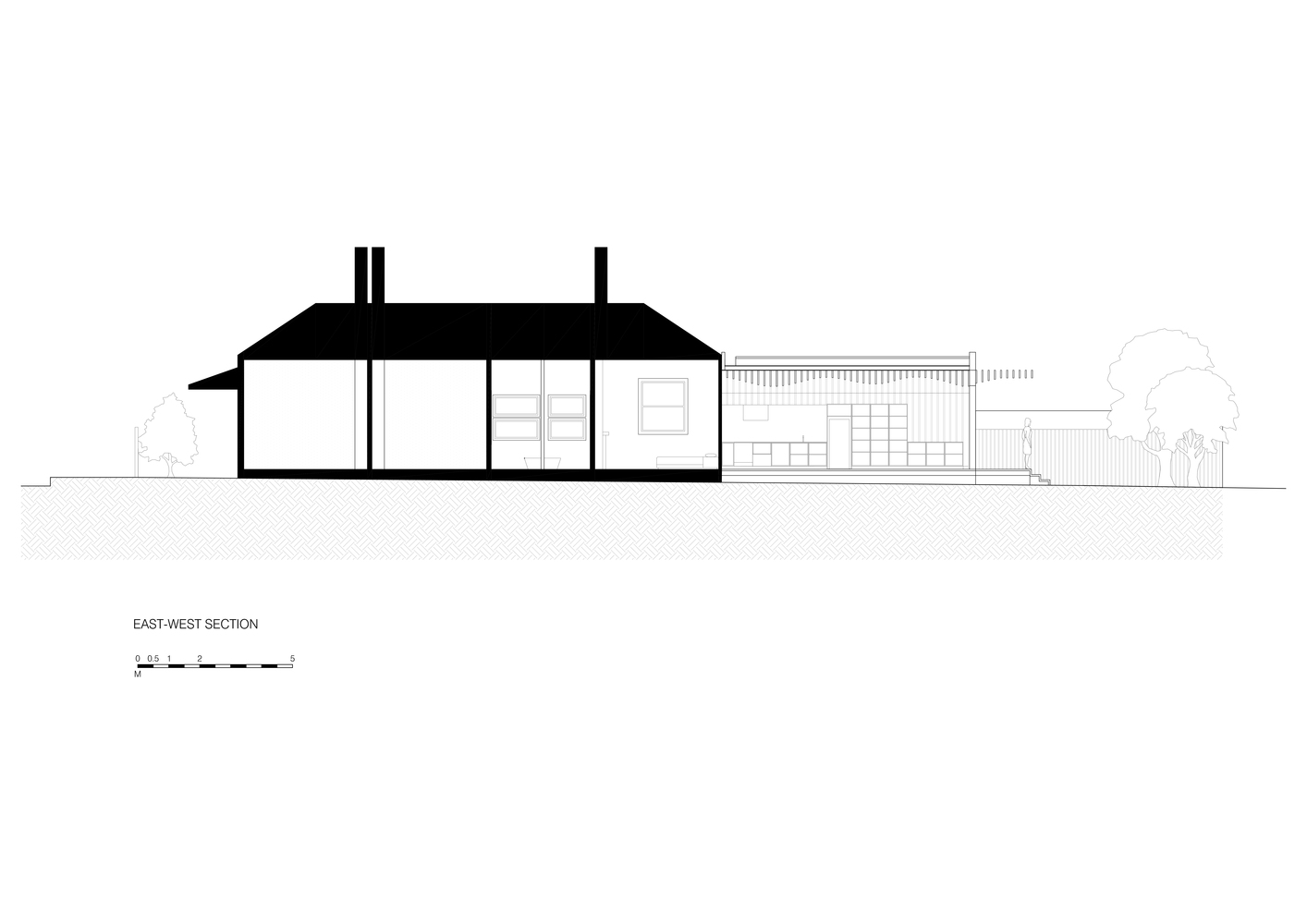