From the street, this looks like a house with no windows. The dark, radially sawn timber cladding gives no real hints about what is going on inside. Some green leaves sprouting out the top of the house, to the left of the front door, is the only hint of the surprise that awaits. 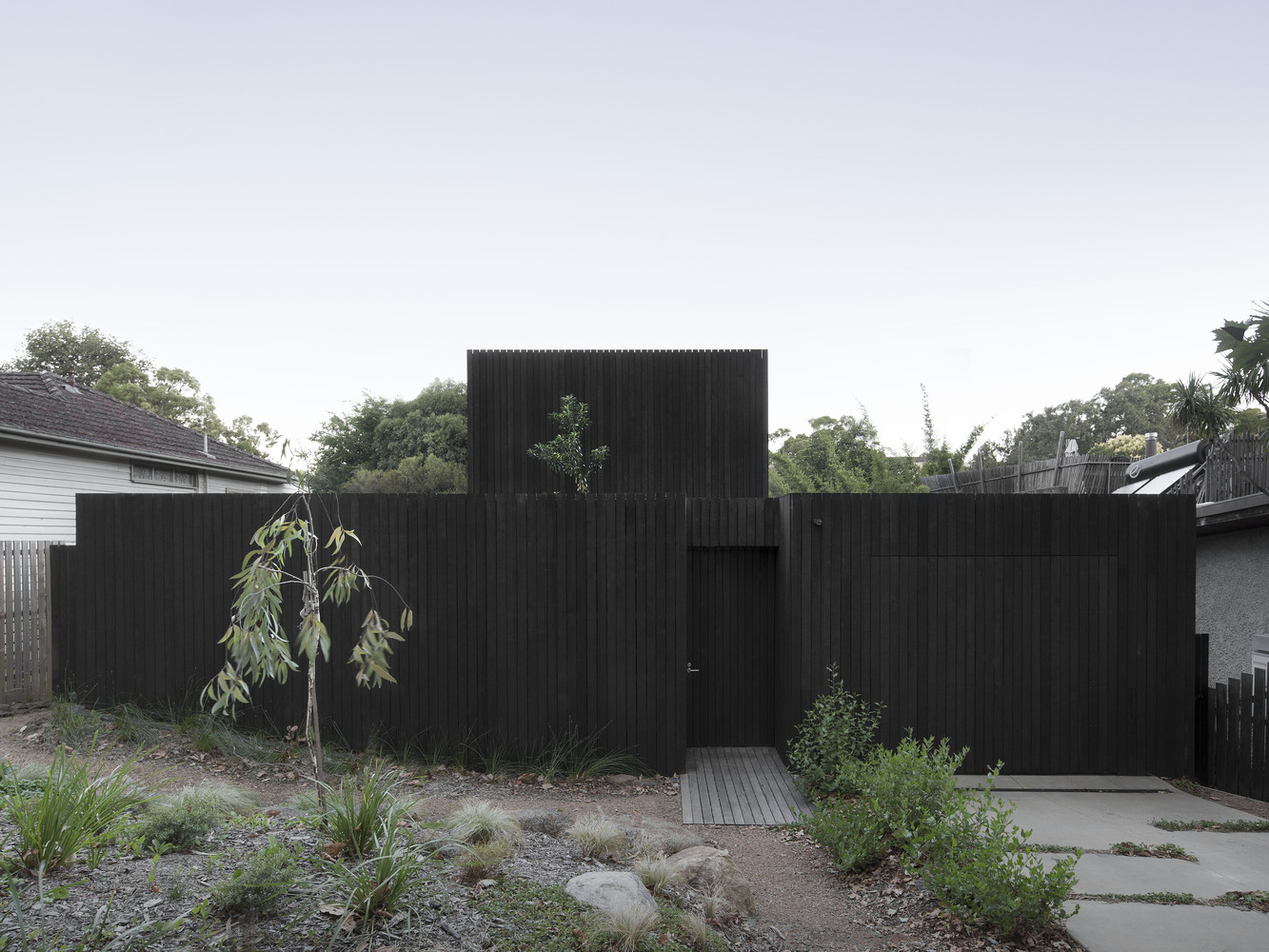 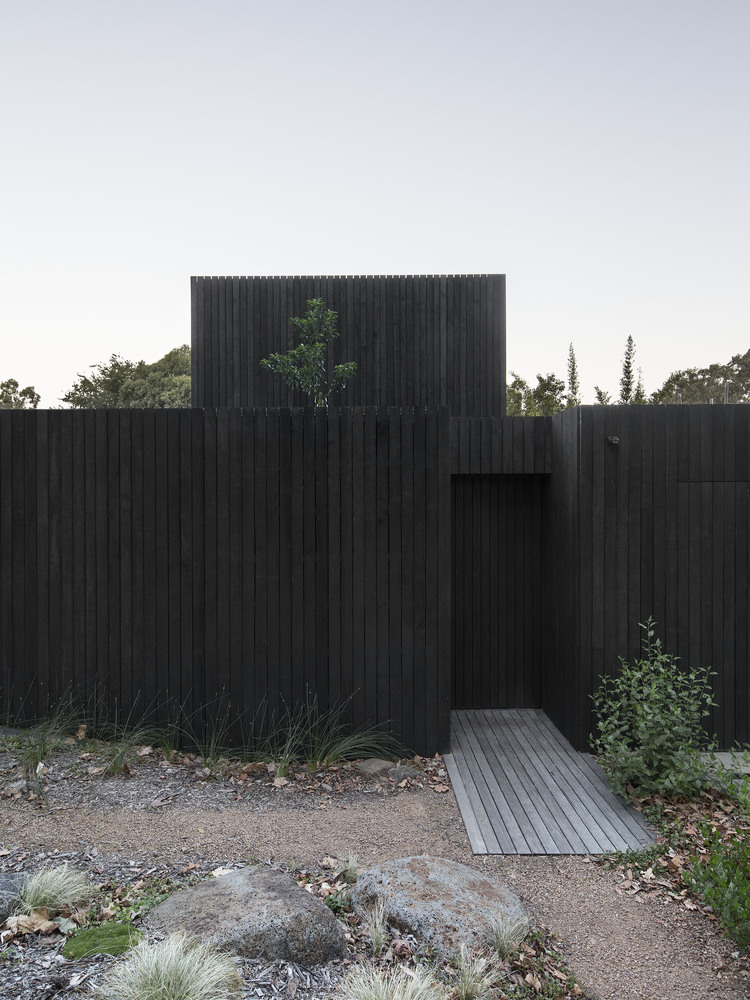 House A, designed by Andrew Walter of Walter&Walter is nothing like its neighbours. Unlike a typical suburban home, with a garage and windows to the street and a manicured front lawn, House A doesn't give much away. A series of dark, timber-clad boxes are the background to an informal native garden. A jetty-like timber path leads to a recessed nook which you assume to be the front door. 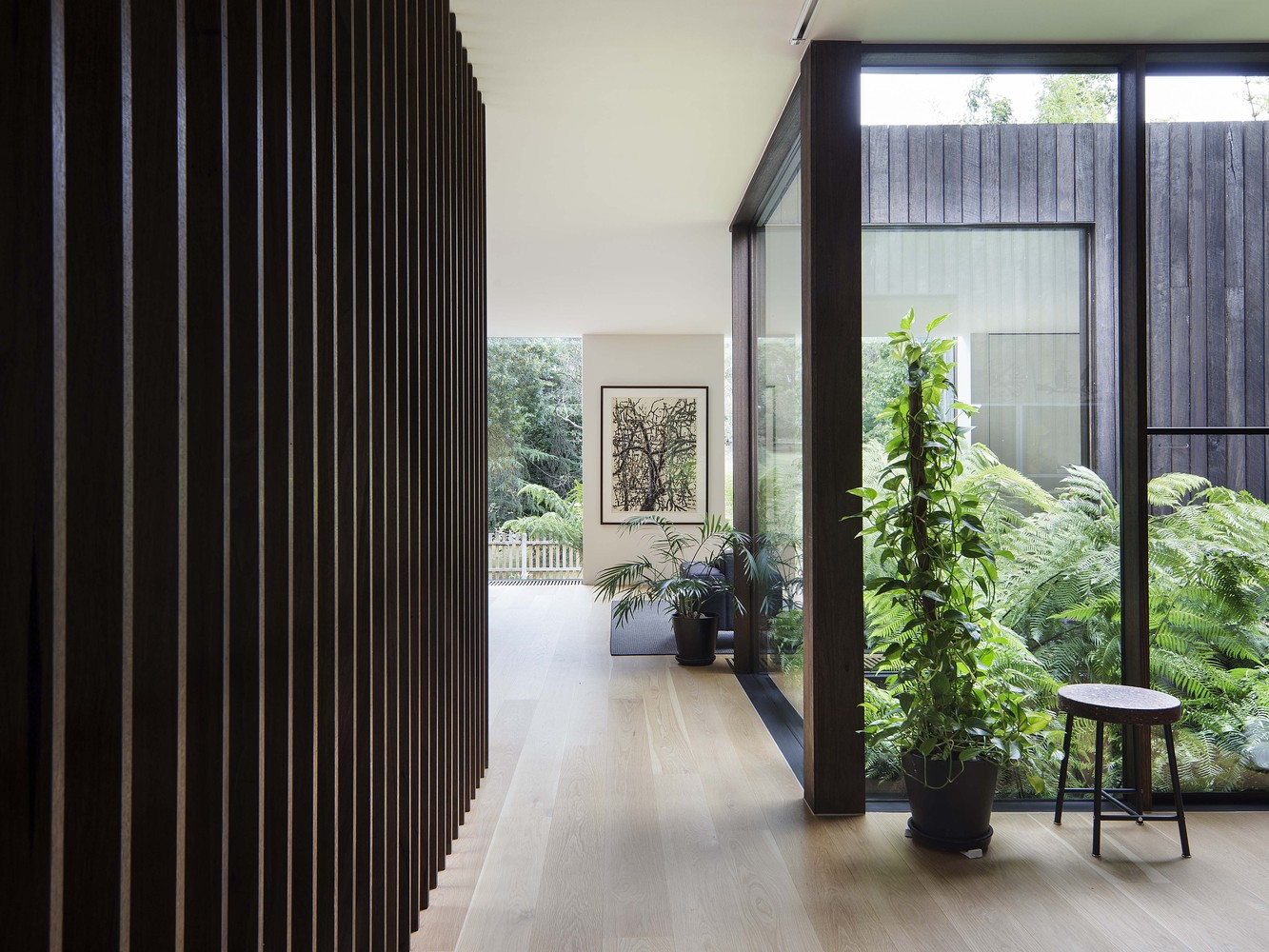 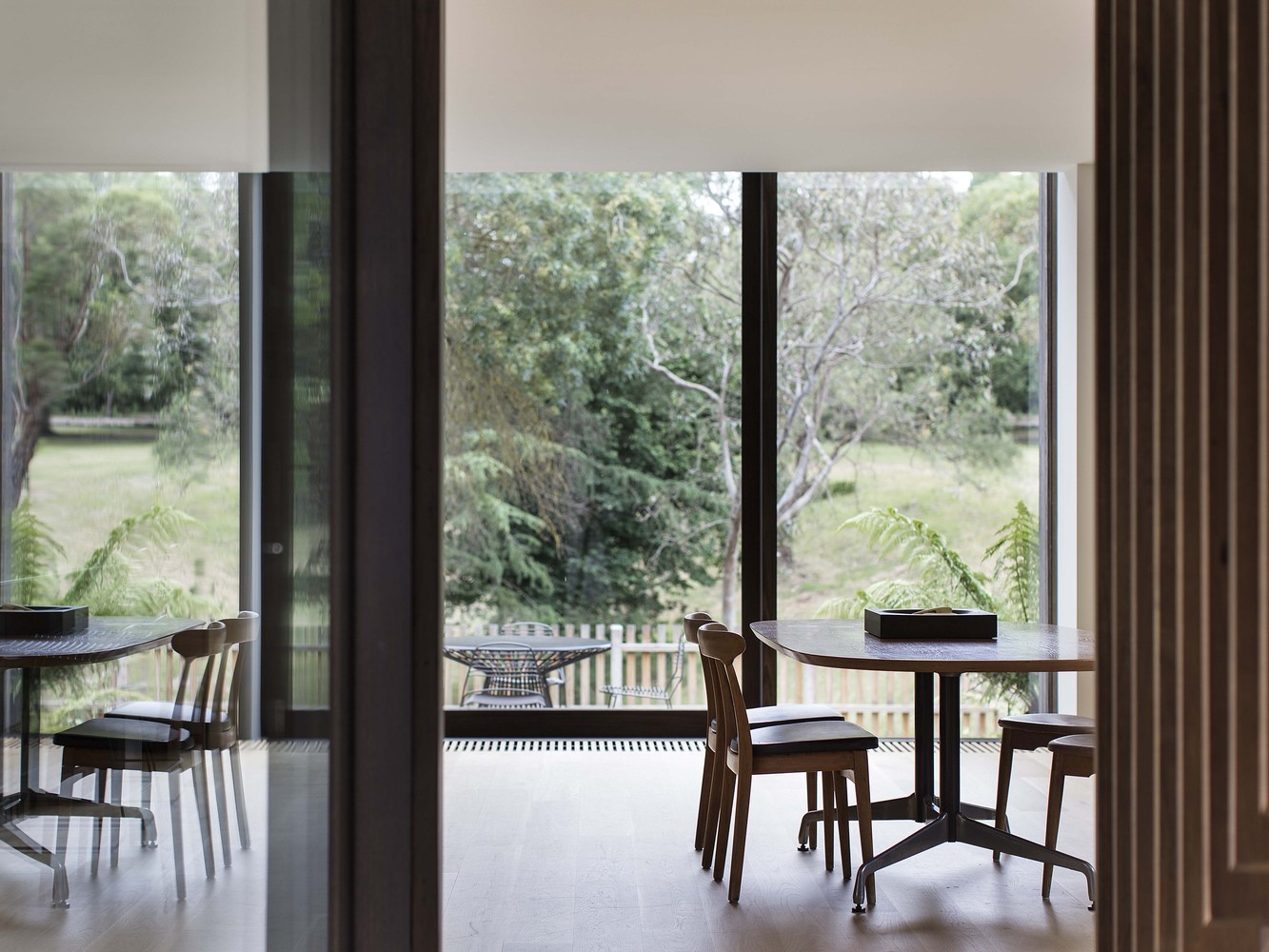 Once inside, though, it's a completely different story. The house with no windows is actually a house with many windows. You immediately get a sense of lightness and glimpses of greenery. A large sliding door to the right, clad in the same silver top ash as the outside of the home conceals a laundry and study. 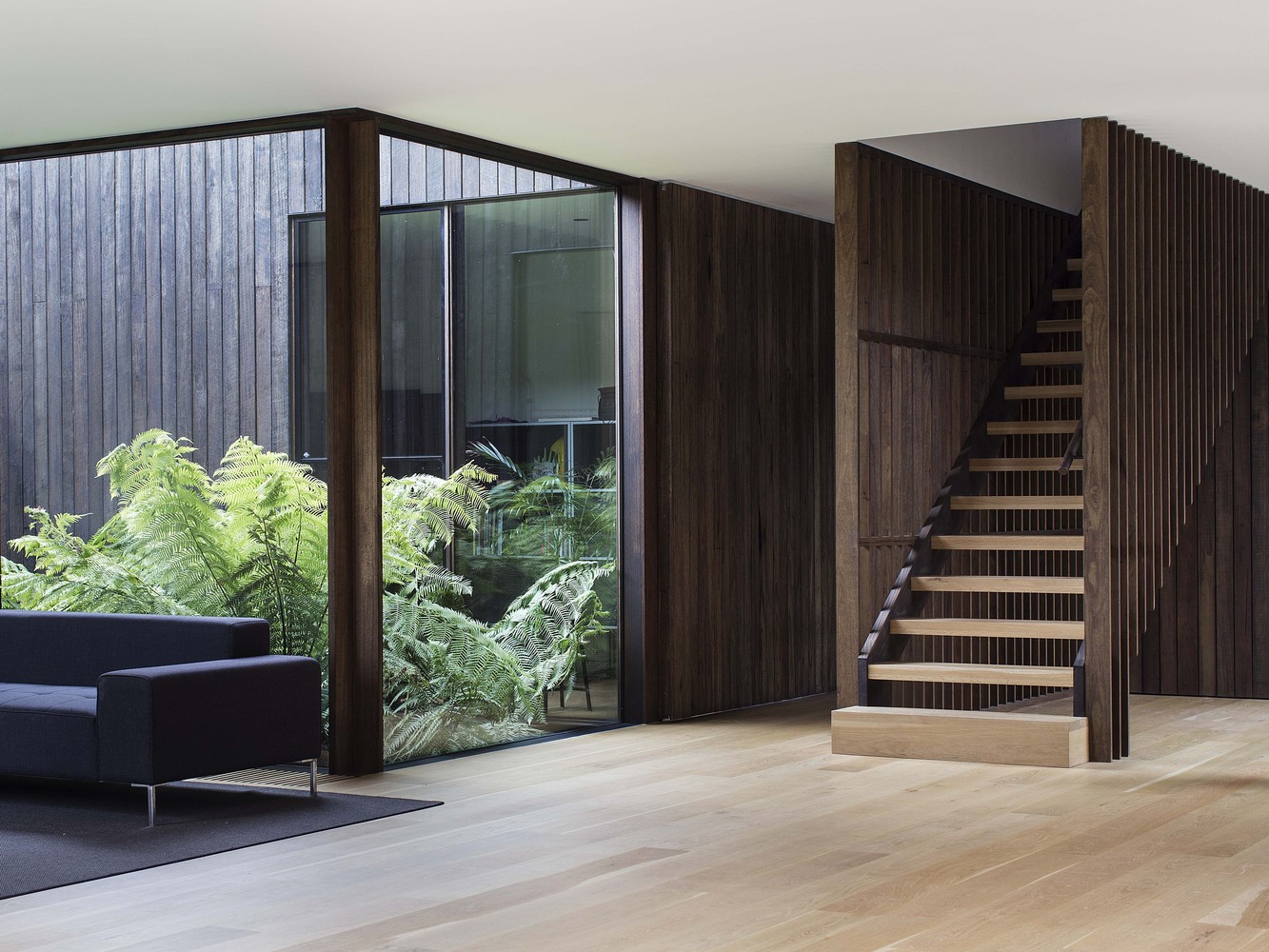 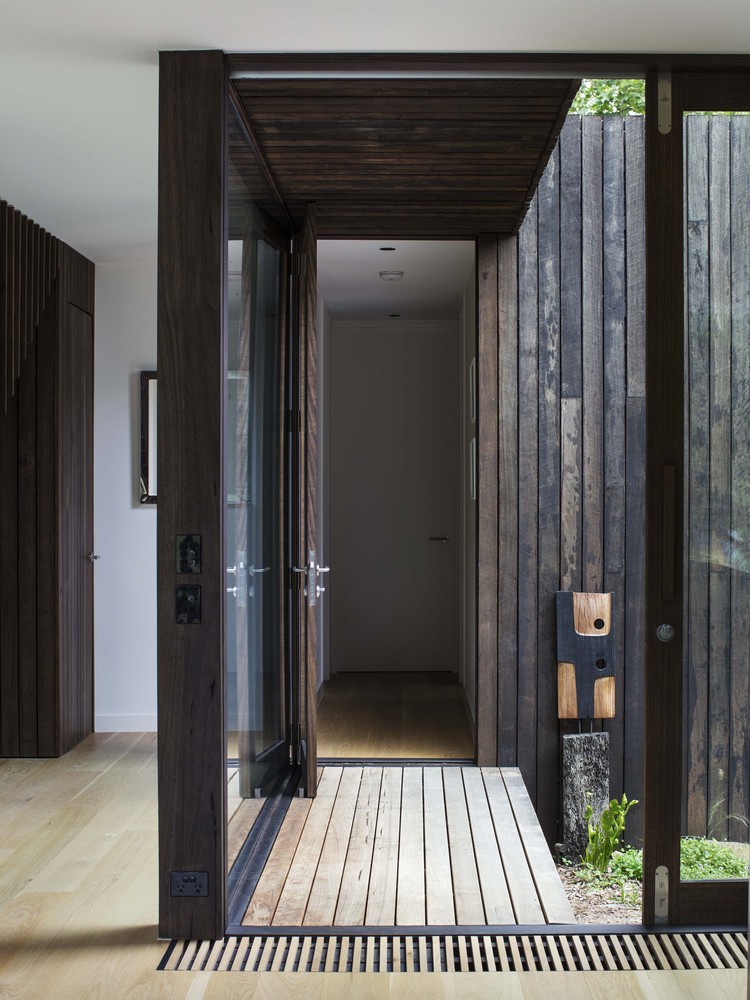 A series of pocket courtyards make the home feel like rooms in the landscape, rather than a house surrounded by landscape; it's part of the garden, not separate from it. With the external timber cladding coming inside and floor-to-ceiling windows, the boundaries between inside and out dissolve. 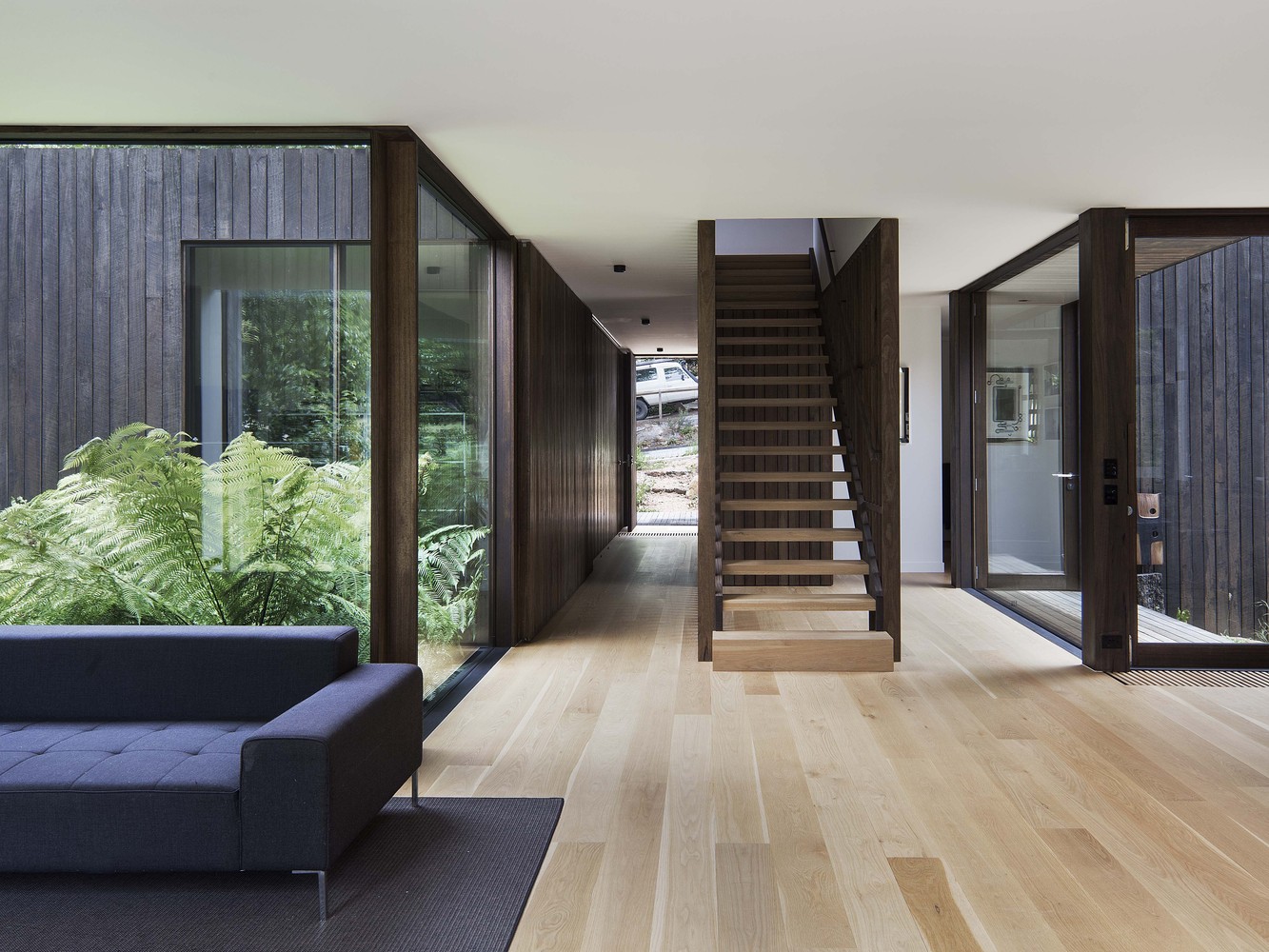 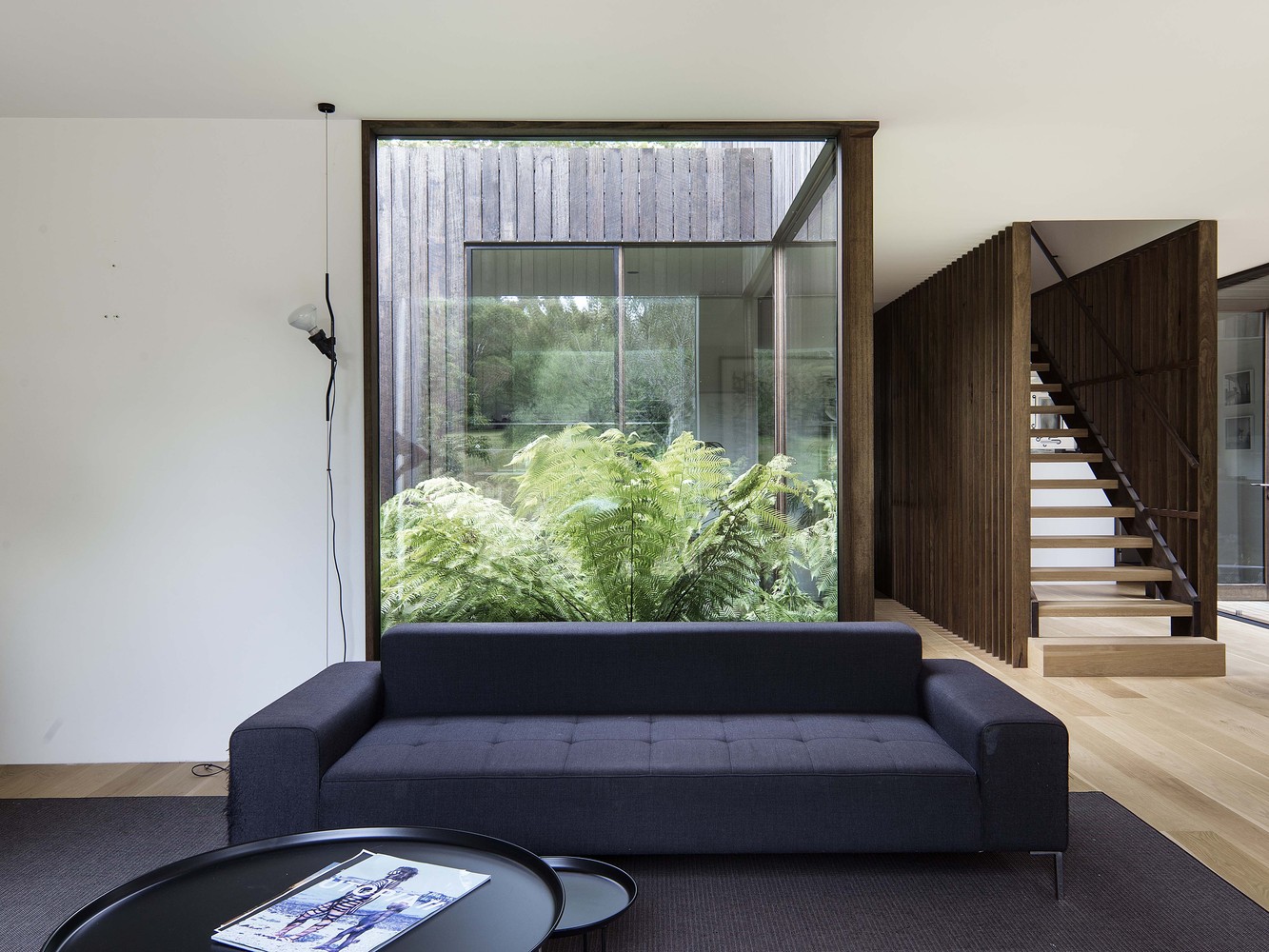 The interior rooms wrap around the courtyards, expanding and contracting depending on their spacial needs. Thanks to the courtyards, rooms enjoy views and light from two or more sides, so all feel light-filled and connected to the outdoors. 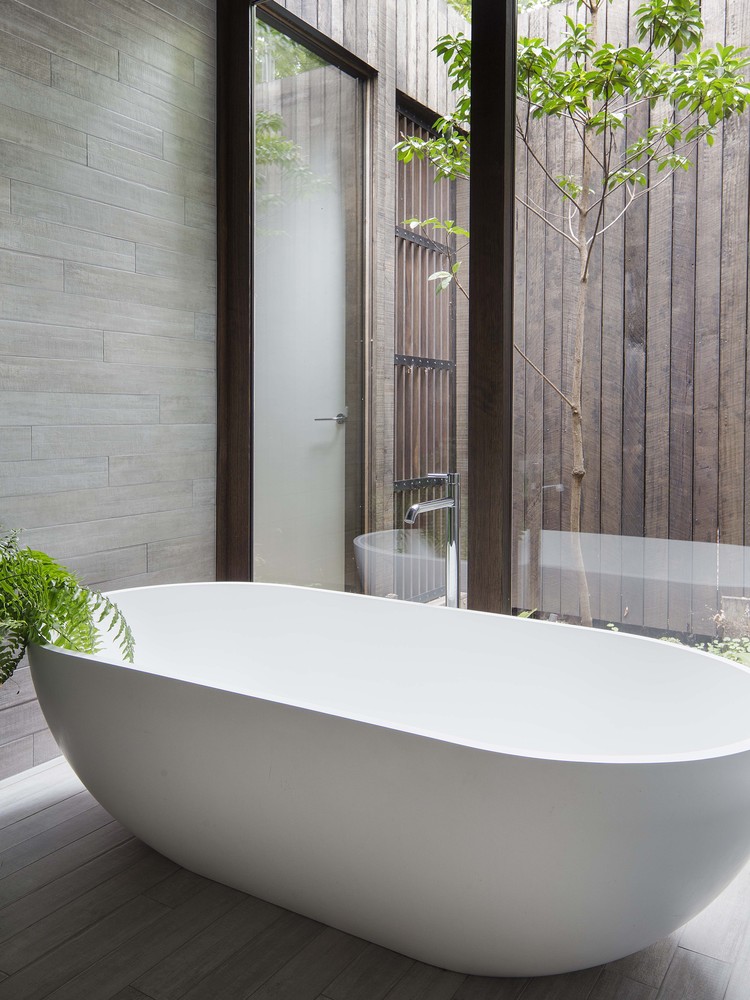 A bathroom opens generously onto a private courtyard (the source of that tree popping over the front facade), creating the sense you're bathing in the outdoors. 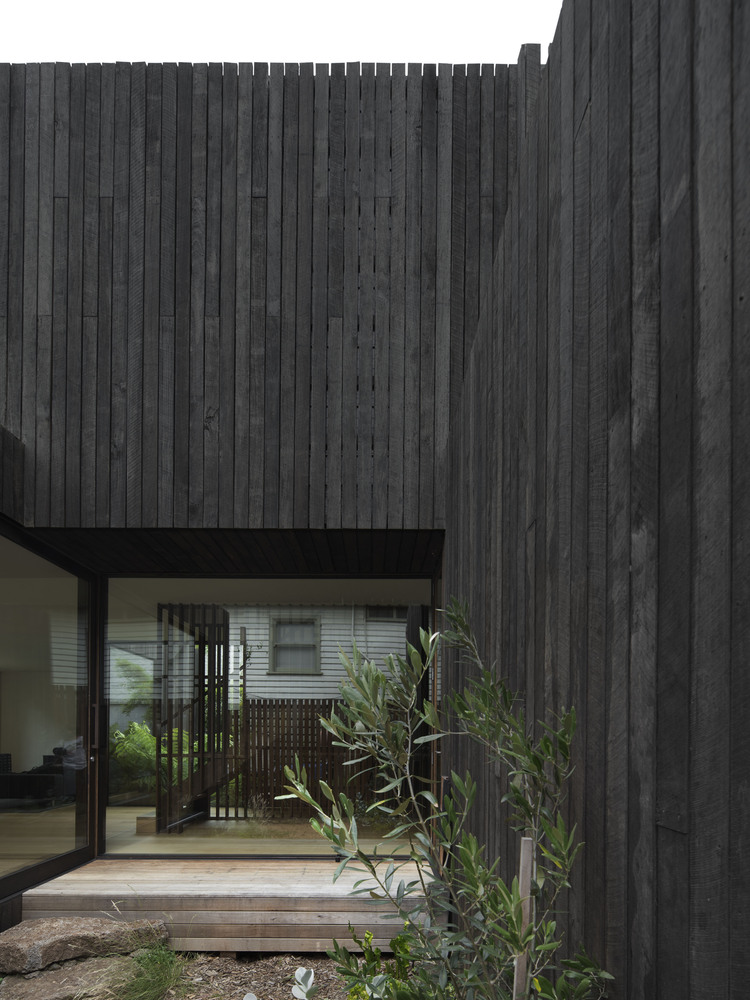 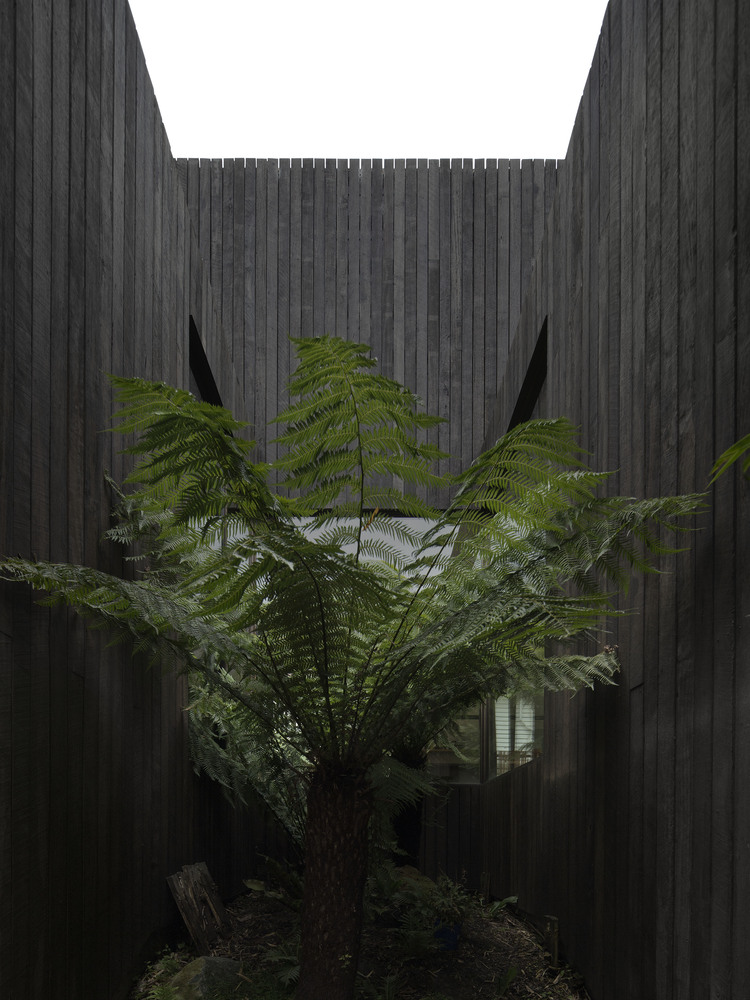 Each courtyard has its own unique character. A variety of plants, from tree ferns to native grasses respond to the amount of light, air and space in their respective courtyard. 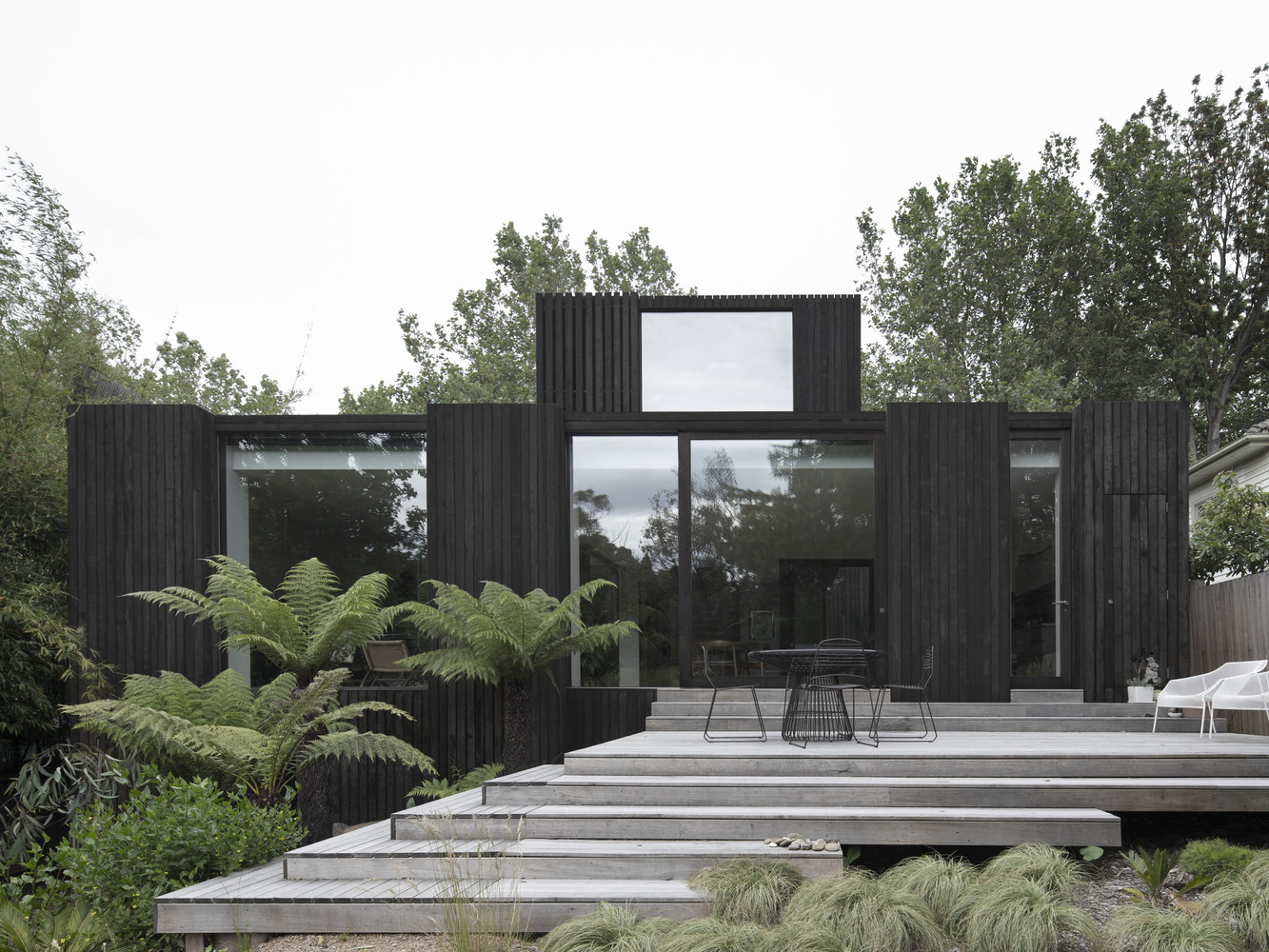 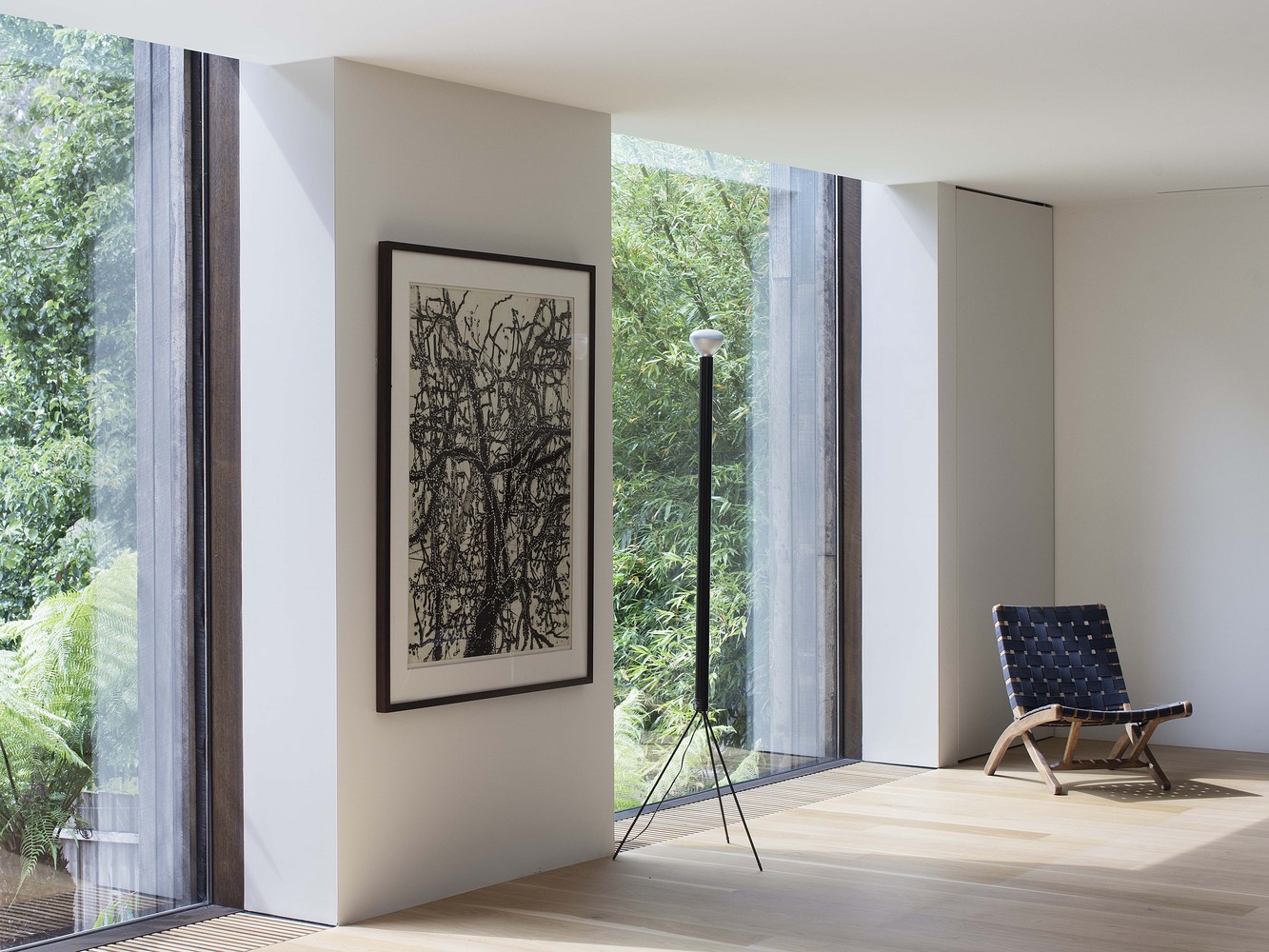 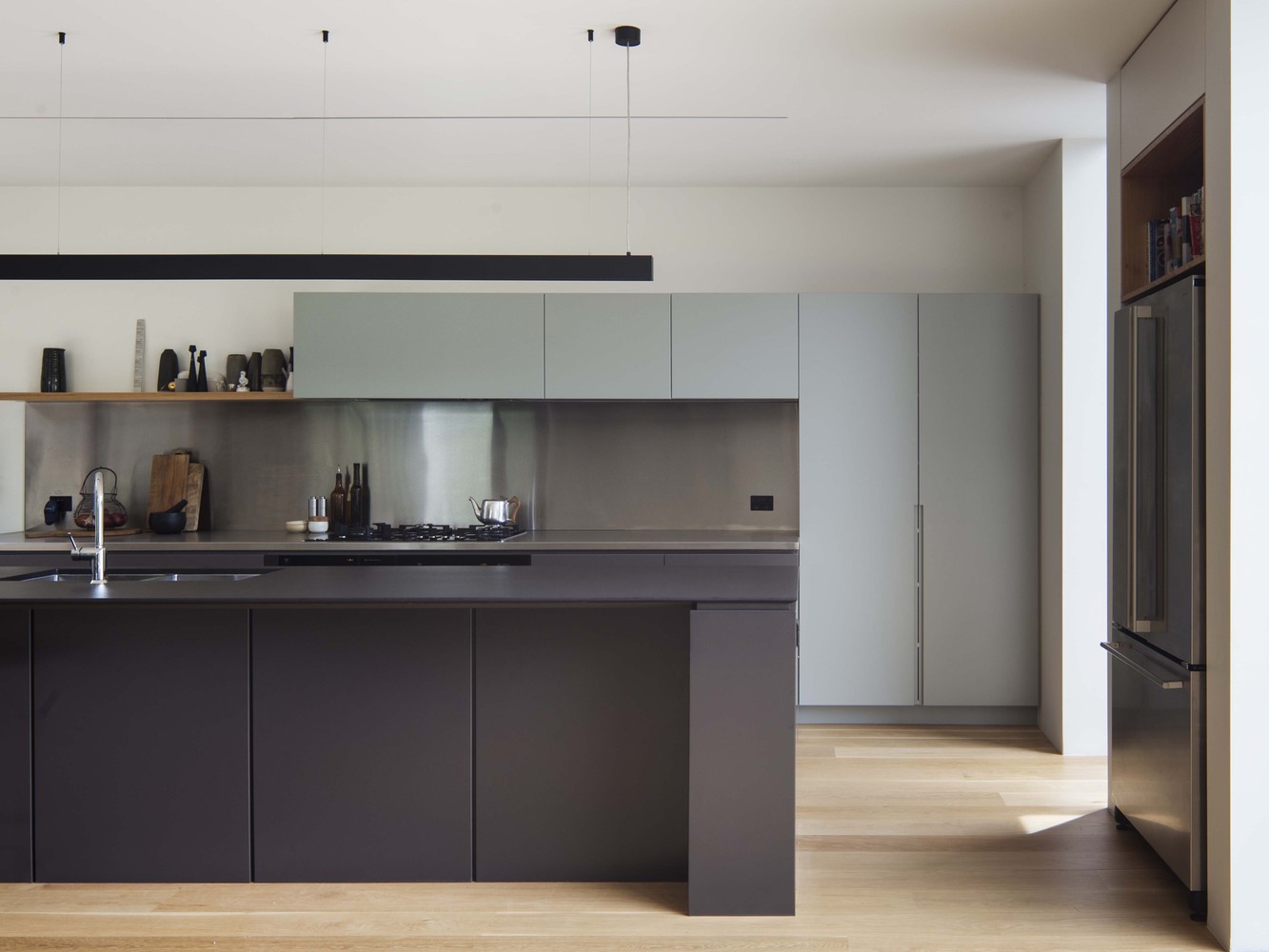 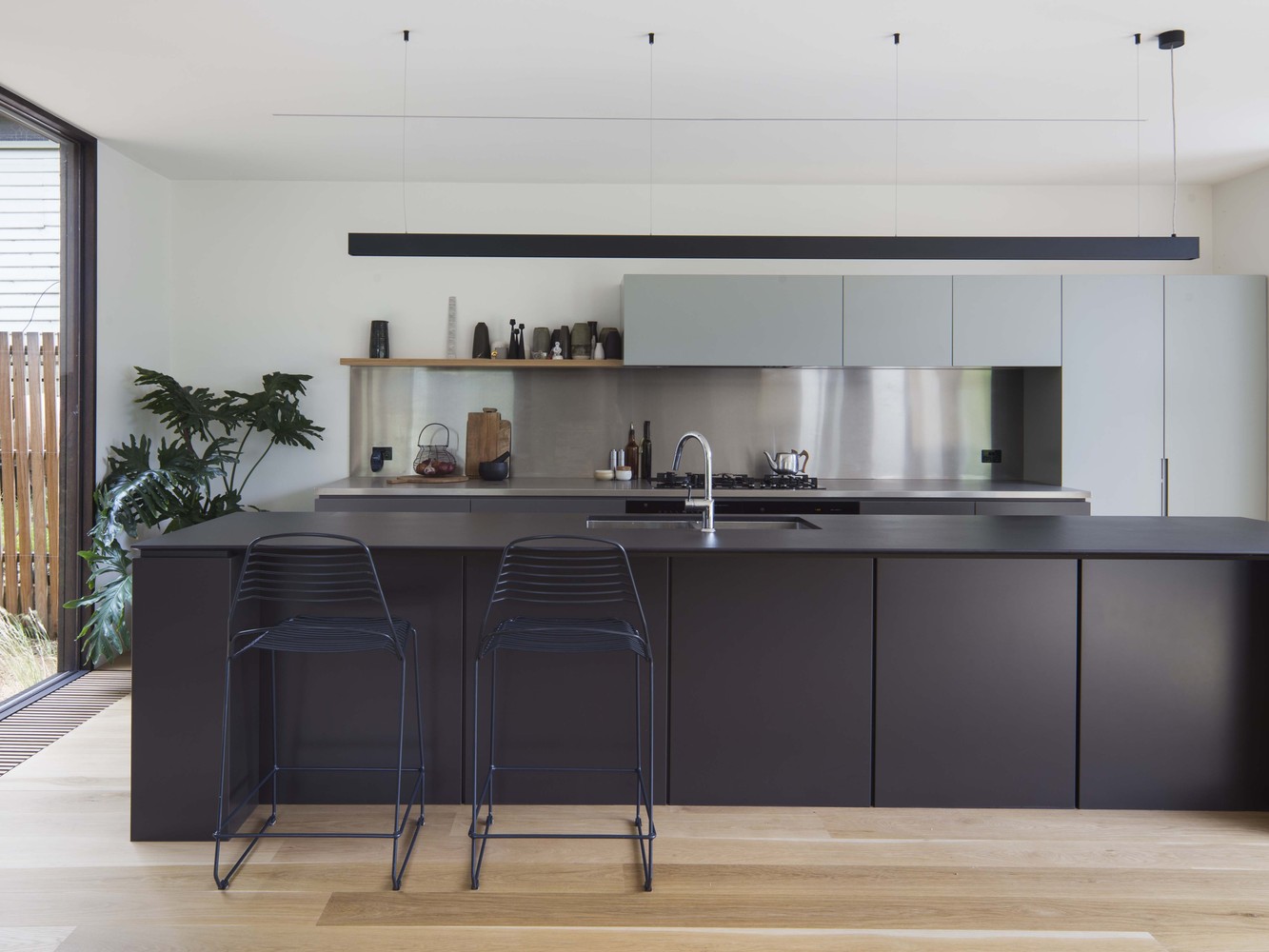 The rear of the home, an open-plan living space, opens onto a deck which cascades into the garden. Windows are recessed into a deep threshold in this rear facade, framing views of the backyard and park beyond. The niches created by these recesses are put to good use as storage and display areas. 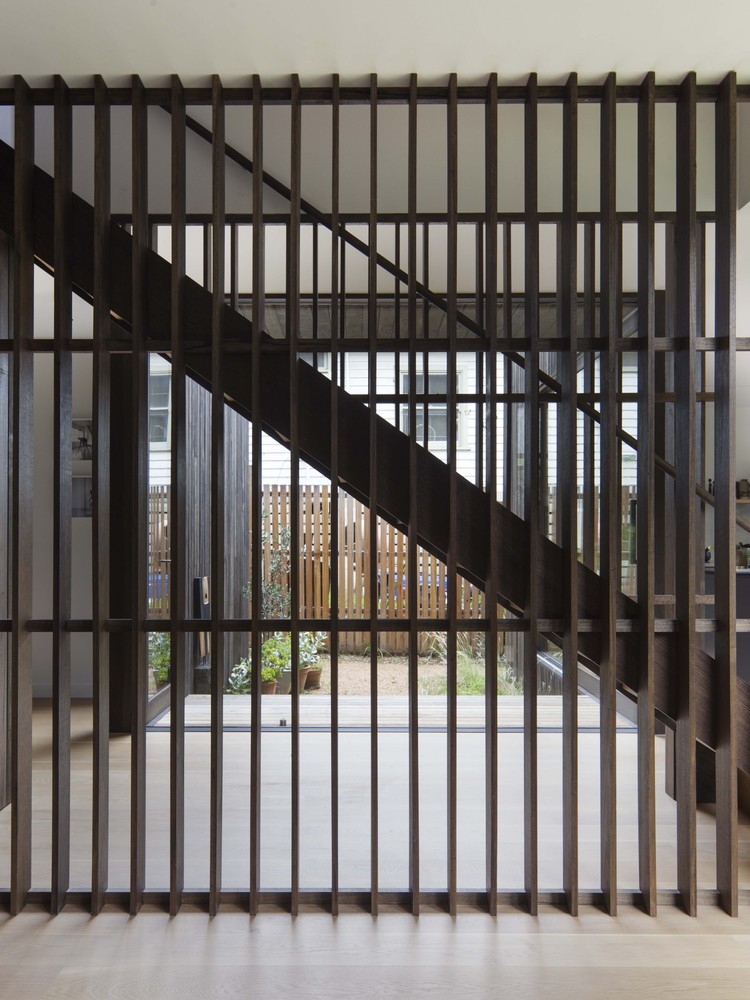 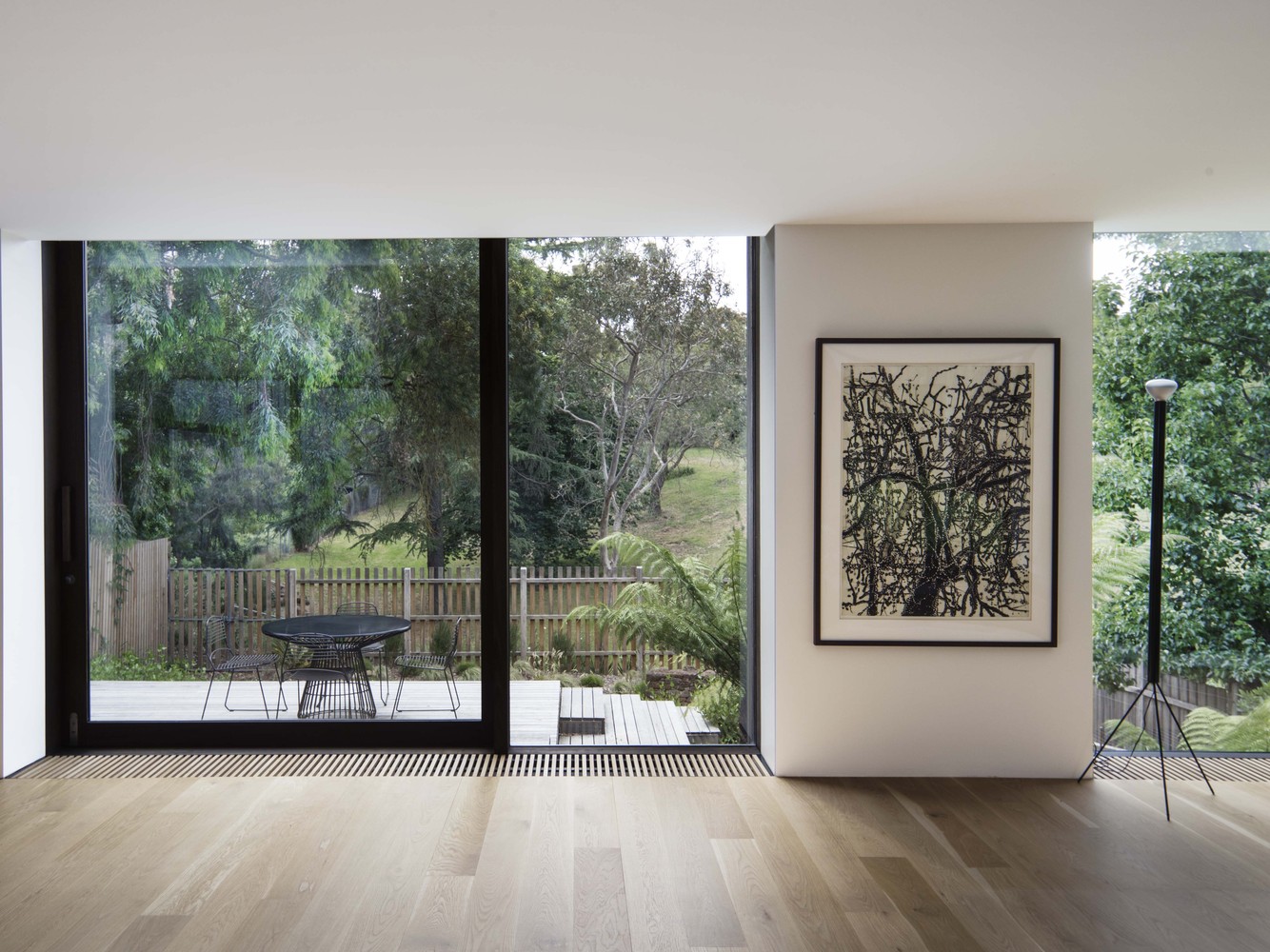 Unlike many homes in the suburbs which feel closed off to the neighbours, House A's courtyards offer privacy without closing itself off to the neighbourhood. This provides the opportunity for distant glimpses of sky and treetops from every room. Even the rear fence, opening onto the park, is slatted rather than solid to allow views through while still creating a boundary. 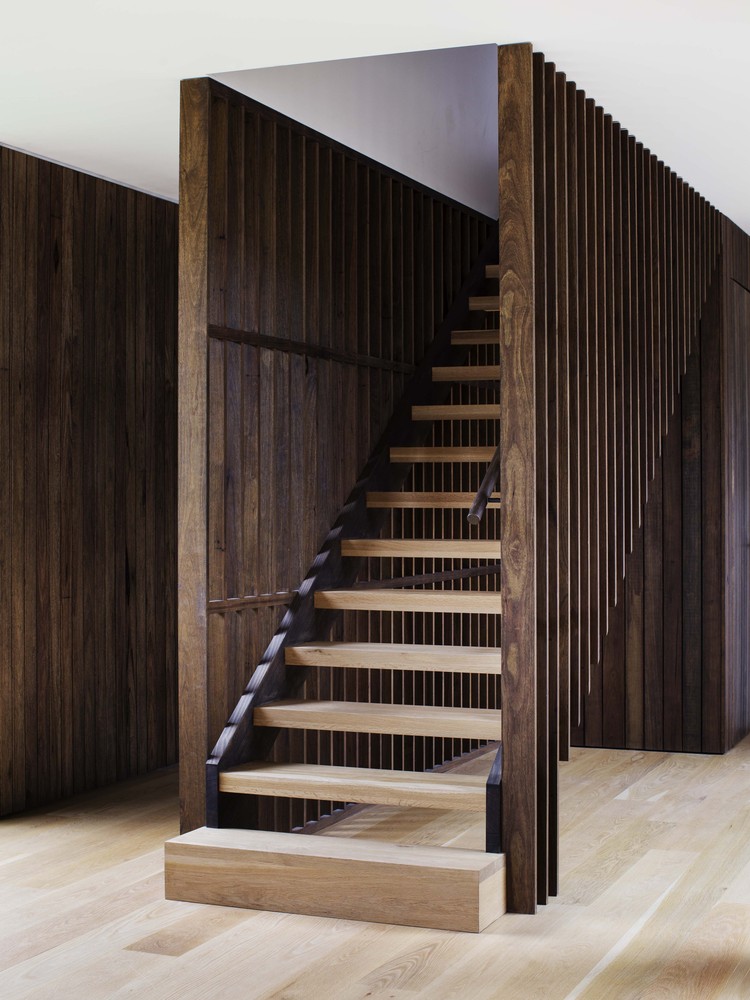 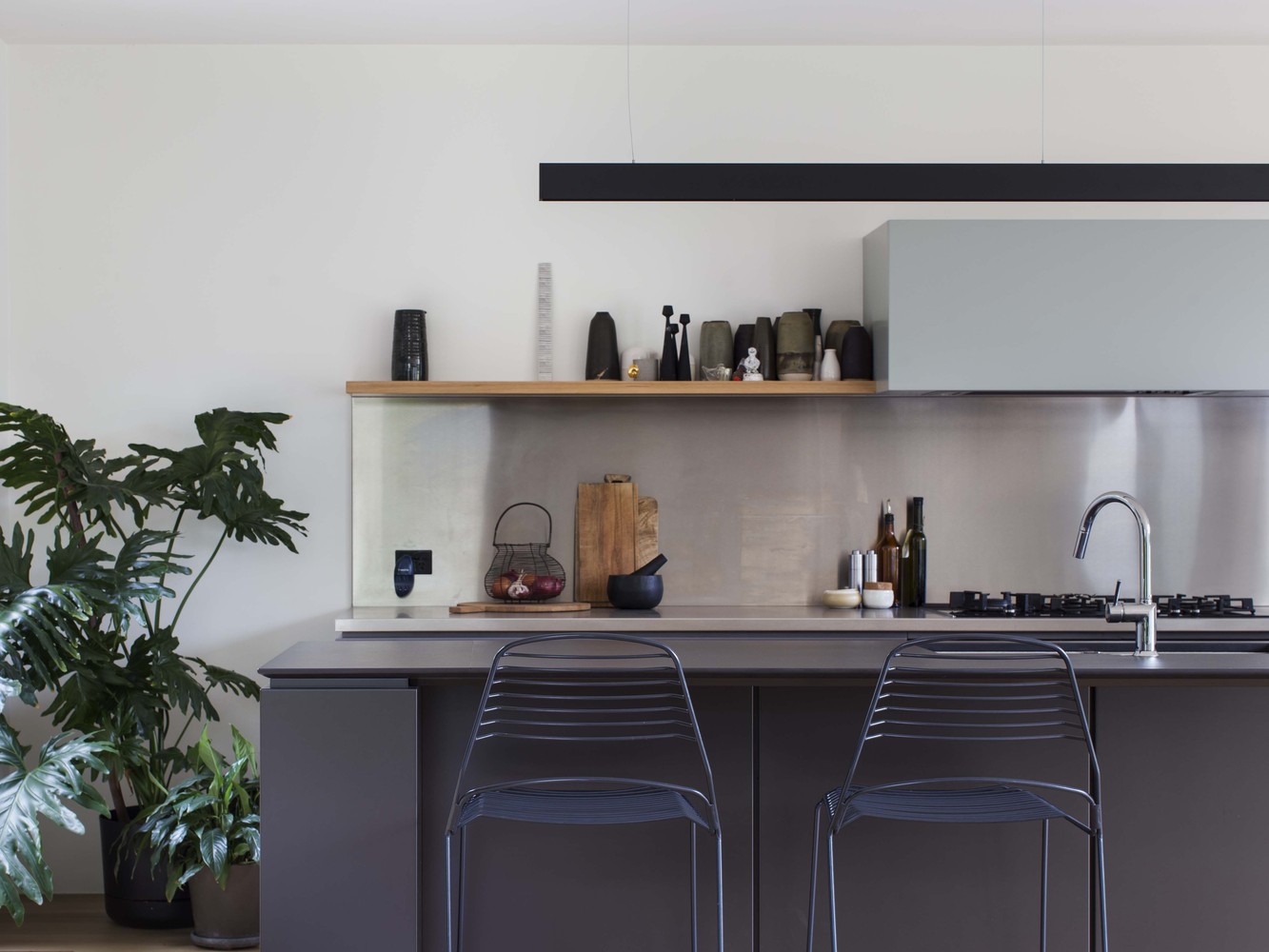 A unique approach of connecting to the landscape makes this home feel like a covered part of the garden, rather than separate from it. It's a beautiful alternative to a typical suburban home, which can feel like a bubble, detached from the neighbourhood and landscape. If more of us were to embrace the landscape in this way, wouldn't we all be happier and healthier for it? 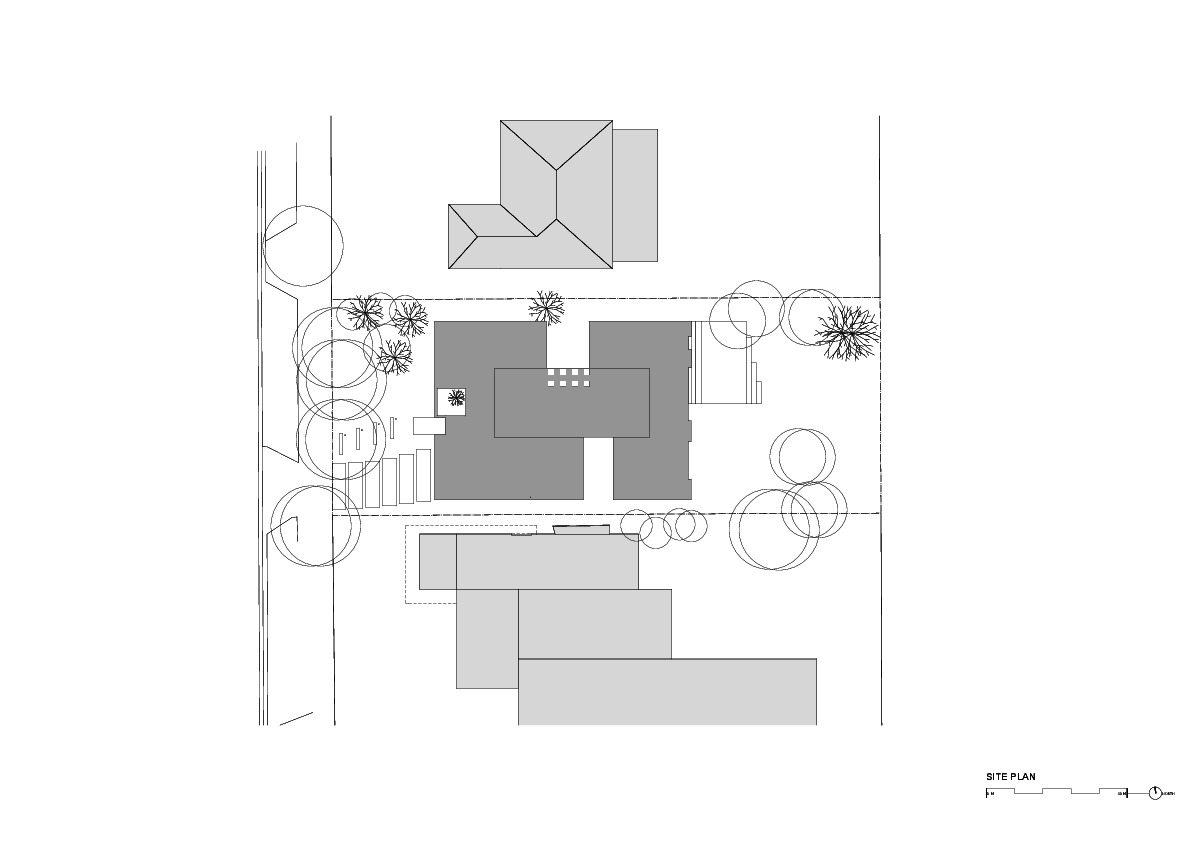 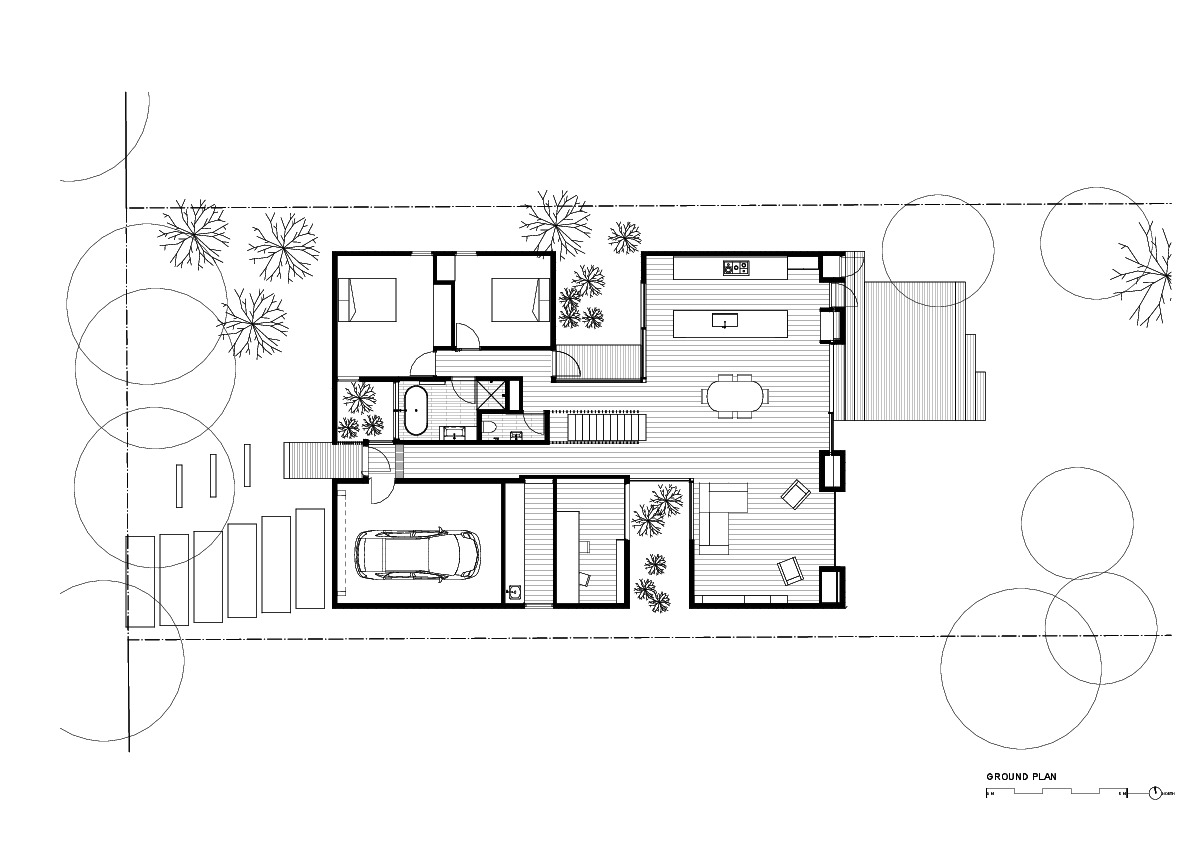 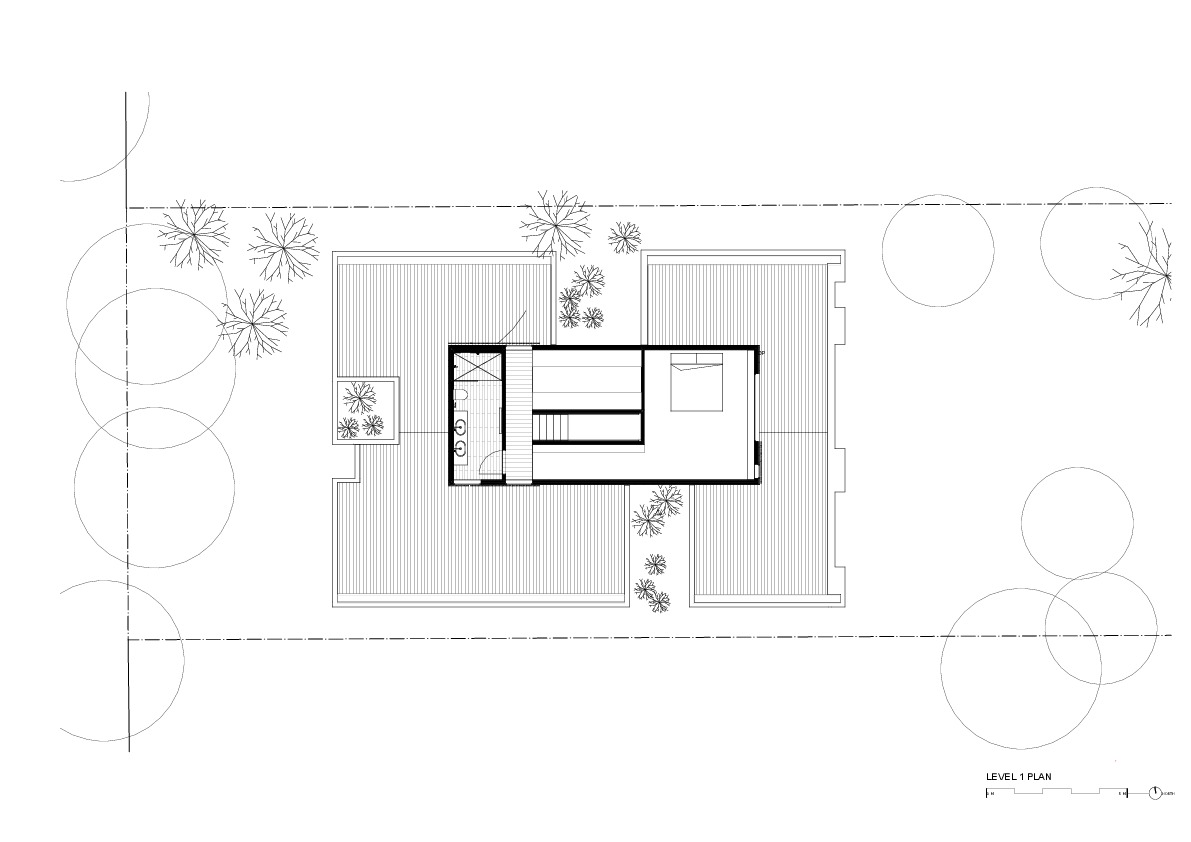 Tell us what you love about House A...