House McBeath a Tiny Terrace Gets a Modern Partner 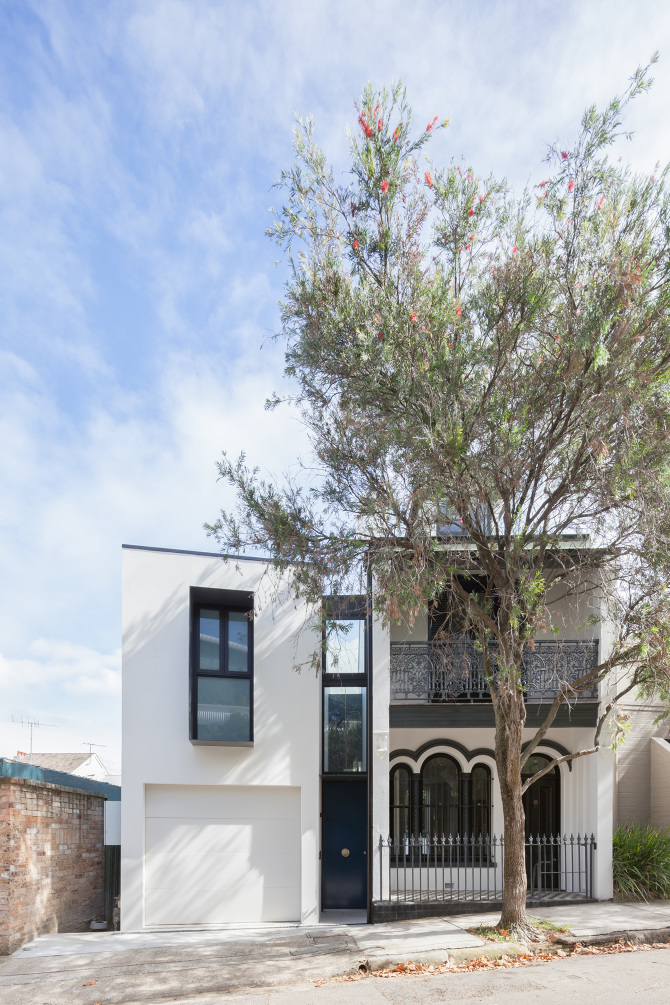 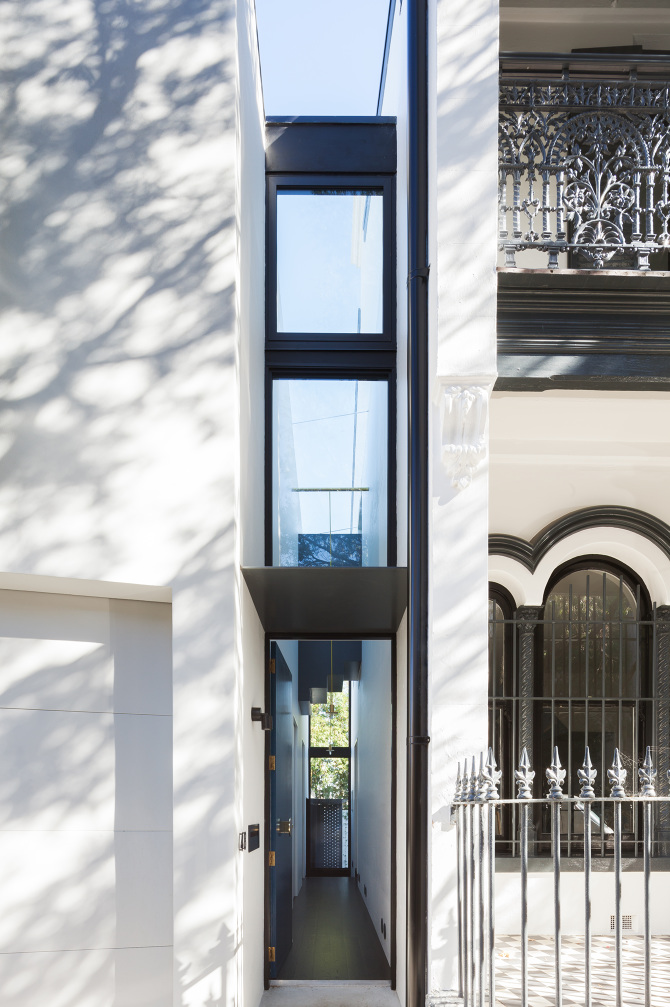 In this small project, the architects have managed to transform a tiny home on a tight budget into a whimsical family home that delights around every corner. 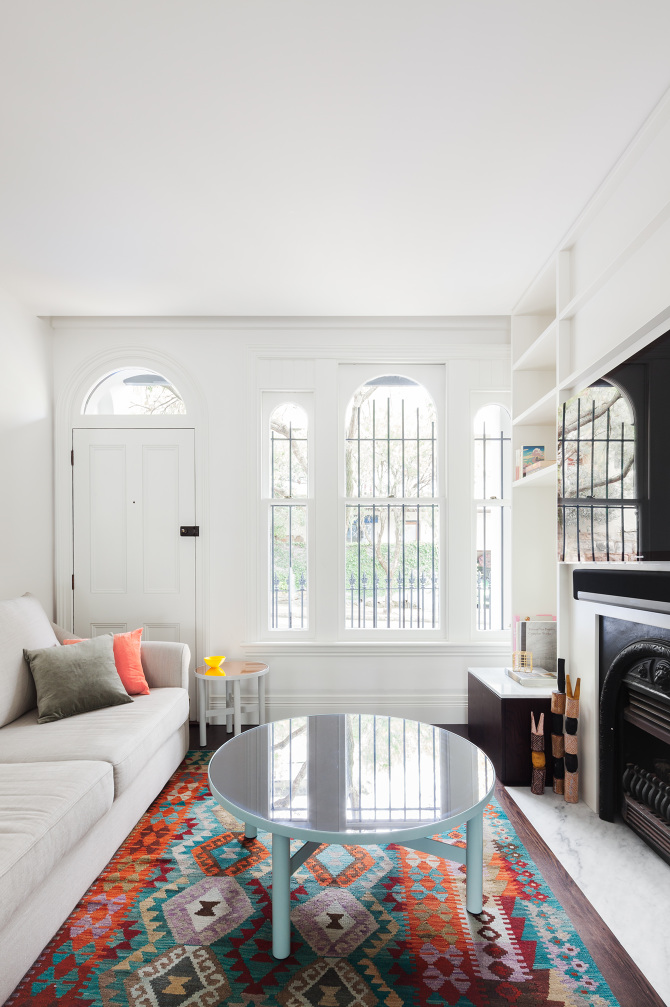 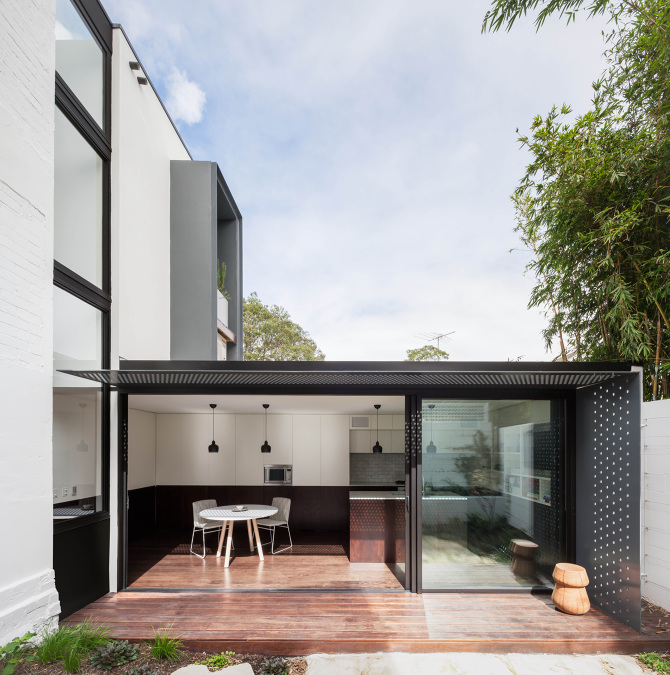 From the street, the new home feels more like two separate homes — the original and a new twin. While the new home is unmistakably modern, it honours the original's proportions and palette. A ground level garage is tucked into the new addition, but it virtually disappears thanks to colour choice. Above, a single box window breaks up the facade. 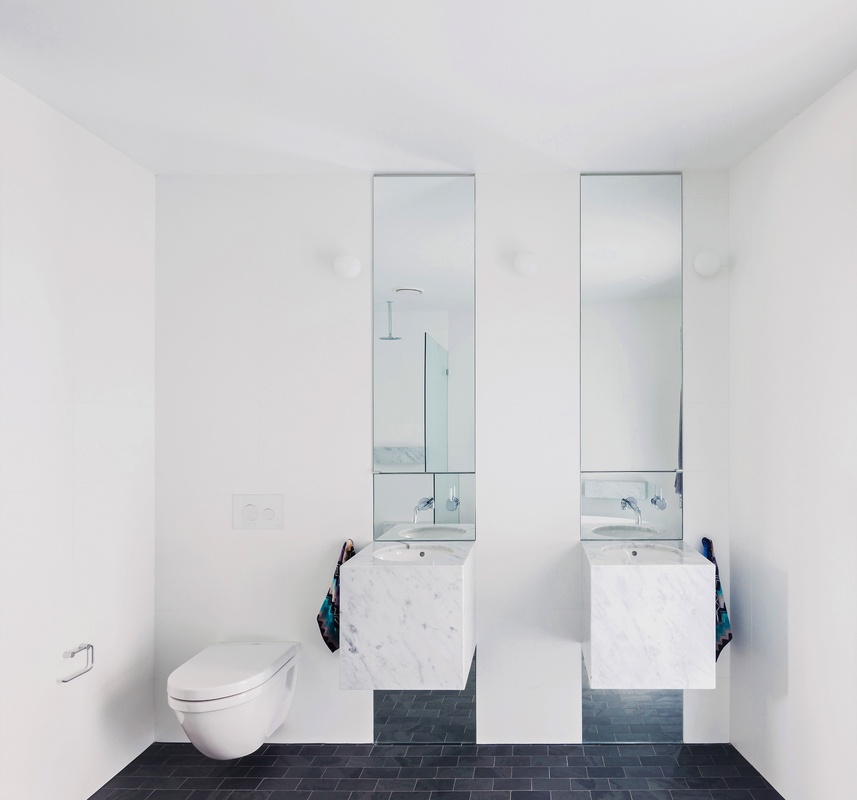 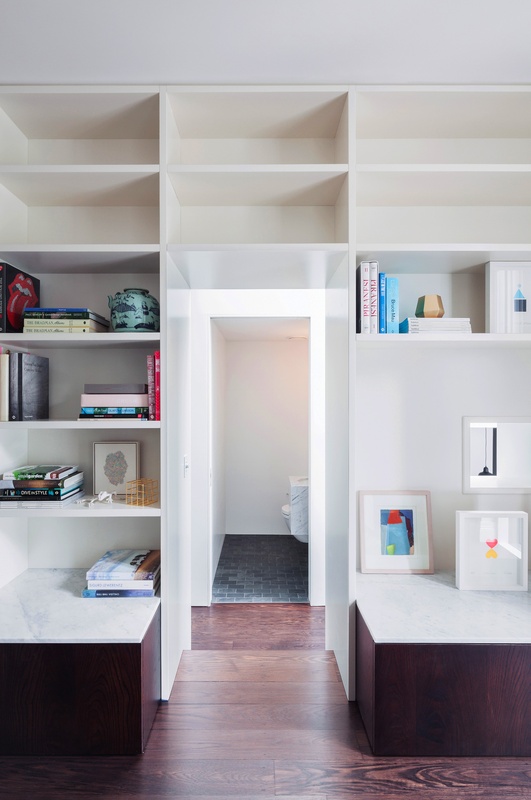 The entry foyer is slotted into the middle of the two homes — double height, matching the height of the twin buildings. A glass roof makes this space dramatic and light, a beautiful connection between old and new. The rough brick texture of the original terrace is left exposed in this internal space. 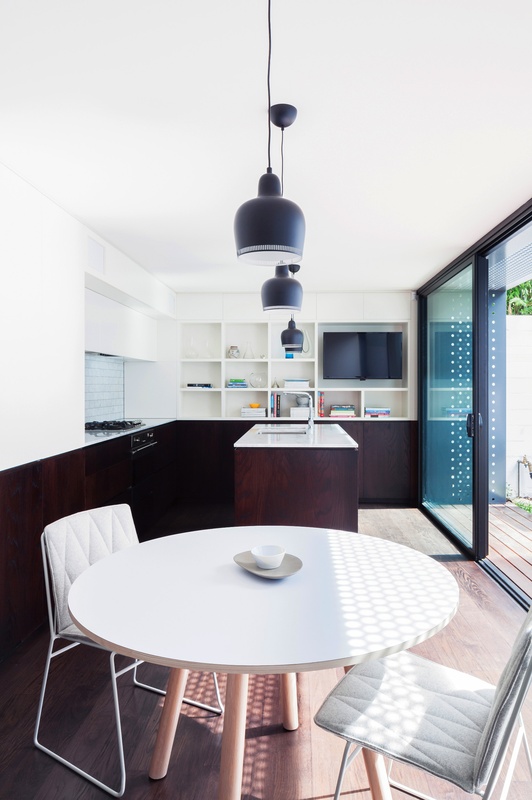 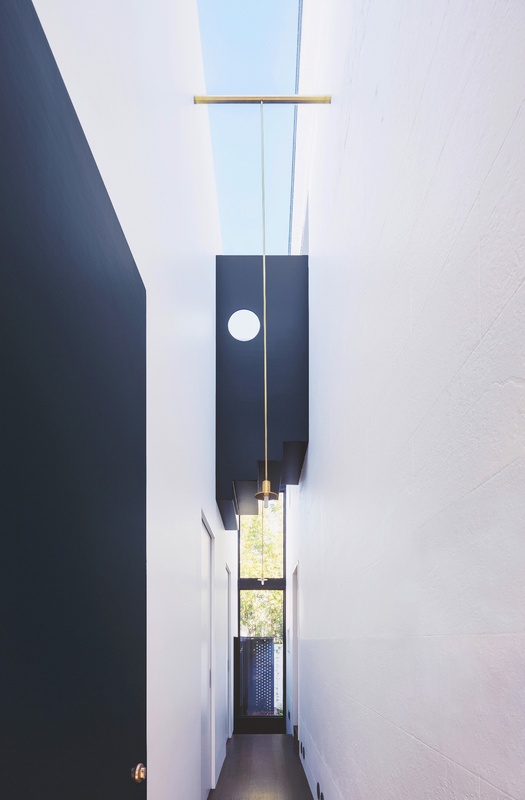 The kitchen and dining is set down several steps. It is partially submerged so it sits at fence height for the surrounding neighbours. It is a single storey space which has a northern aspect to a garden. 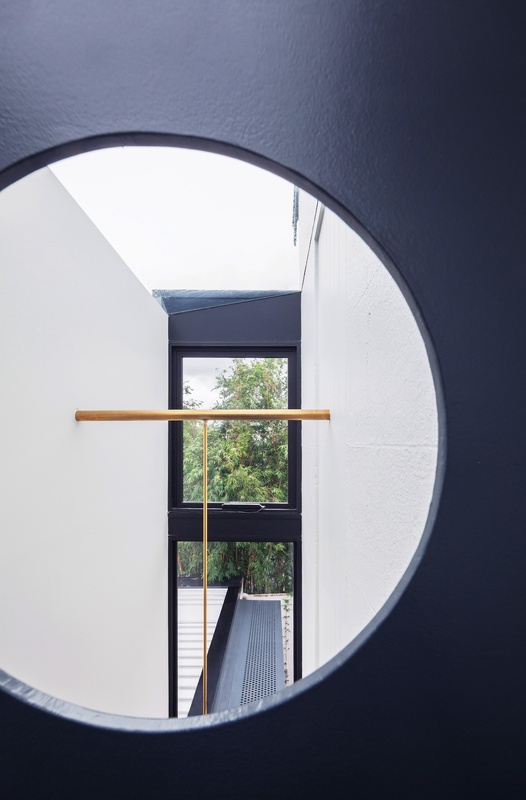 A Series of Spaces

As opposed to the large open spaces we've become accustomed to, this home operates like a series of smaller interconnected spaces, each flowing into each other. No two spaces are on the same level, making wandering the house an adventure of small and varying delights. A glimpse of the sky here, a view of the harbour there, and then onto greenery from the garden and surrounding trees. 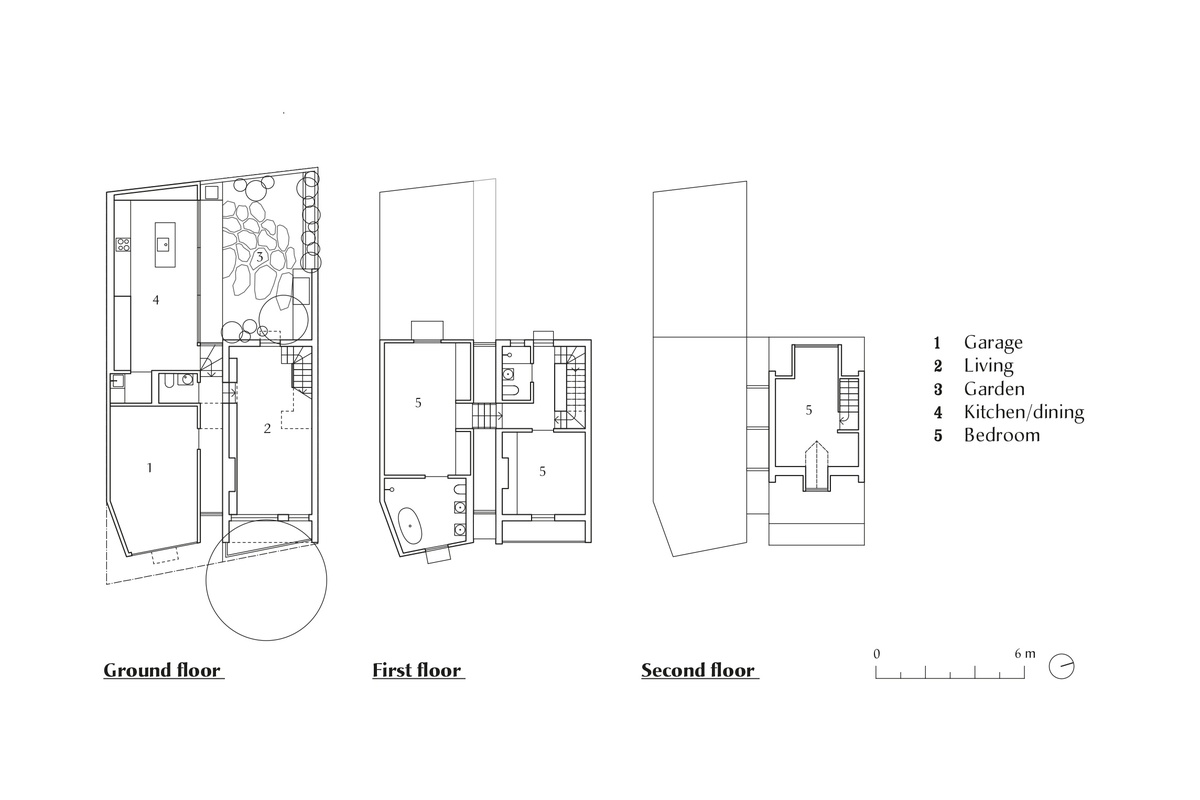