When Fans of Mid-century Design Saw Mishack, They Saw a Kindred Spirit

Fans of mid-century designs and, in particular, The Kaufmann House in Palm Springs, these clients stayed in the first mishack and they were hooked, recognising a kindred spirit. 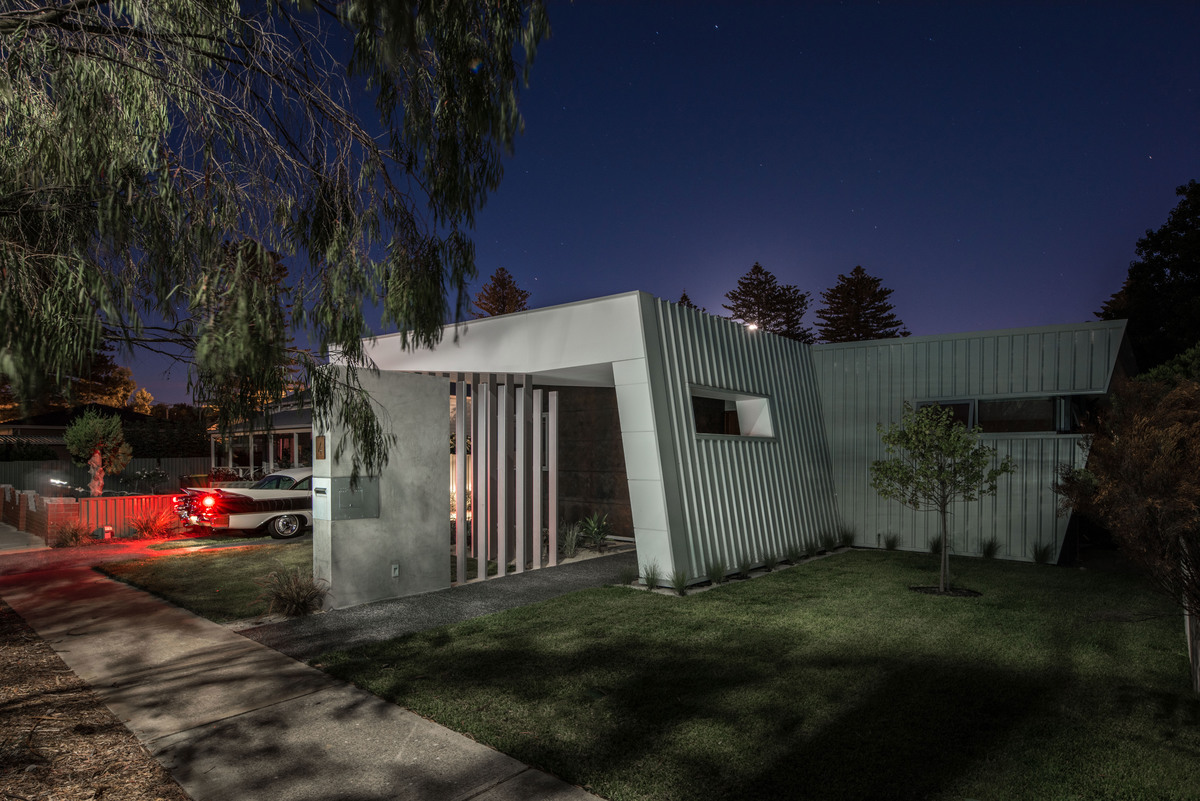 The owners of McGunnigle Shack love the aesthetic of mid-century design and have a bit of a soft spot for the booths of American diners, so they wanted to incorporate this style into their home. "Stylistically, therefore, clean crisp lines and low pitched roofs were the order of the day", says architect, Marcus Browne. Mishack is "a cost-conscious modular design system" which has "found inspiration in the simplicity of early modernist and mid-century architecture to create simple, yet smart and sophisticated shacks." The style of mishack's designs immediately felt like a good fit as they aligned with this style without mimicking. 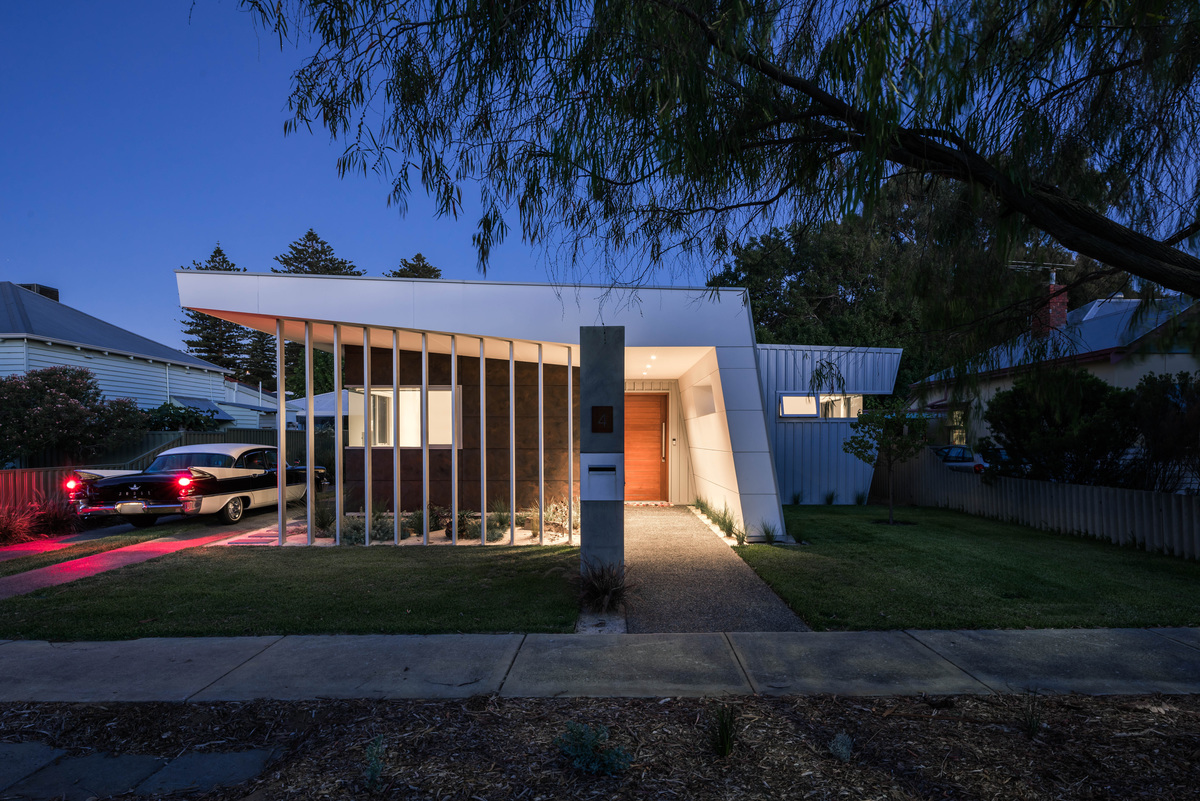 The mishack had to be suitable for a family of five, with two busy working adults and three young children. The clients also wanted the home to be resilient and flexible enough to suit their needs over time. 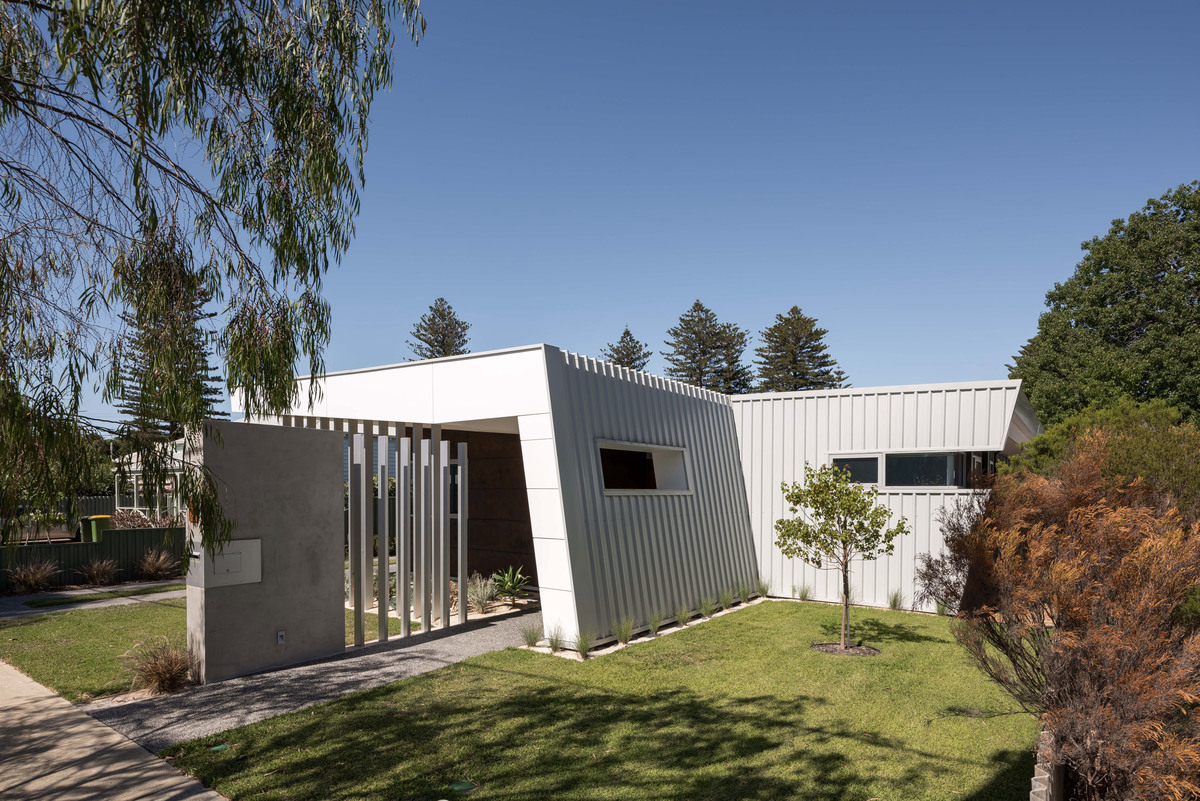 The outside is mid-century inspired, with a touch of Aussie farm shed. "A tip of the hat acknowledgement to the vertical steel screening of the Kaufmann house is given via the vertical steel screening at the front." While the COLORBOND® steel in Shale Grey™ and Monument® provides "a great balance of cost and aesthetics that keeps our designs budget conscious", says Marcus. 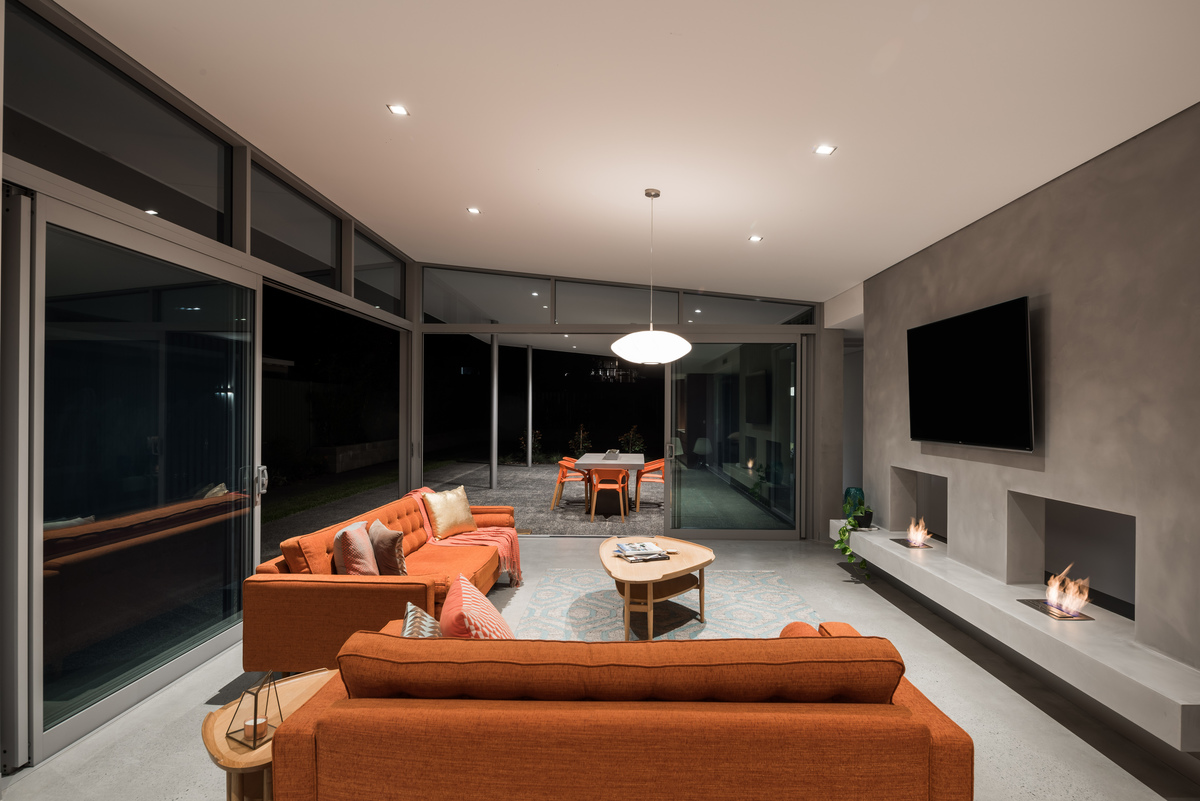 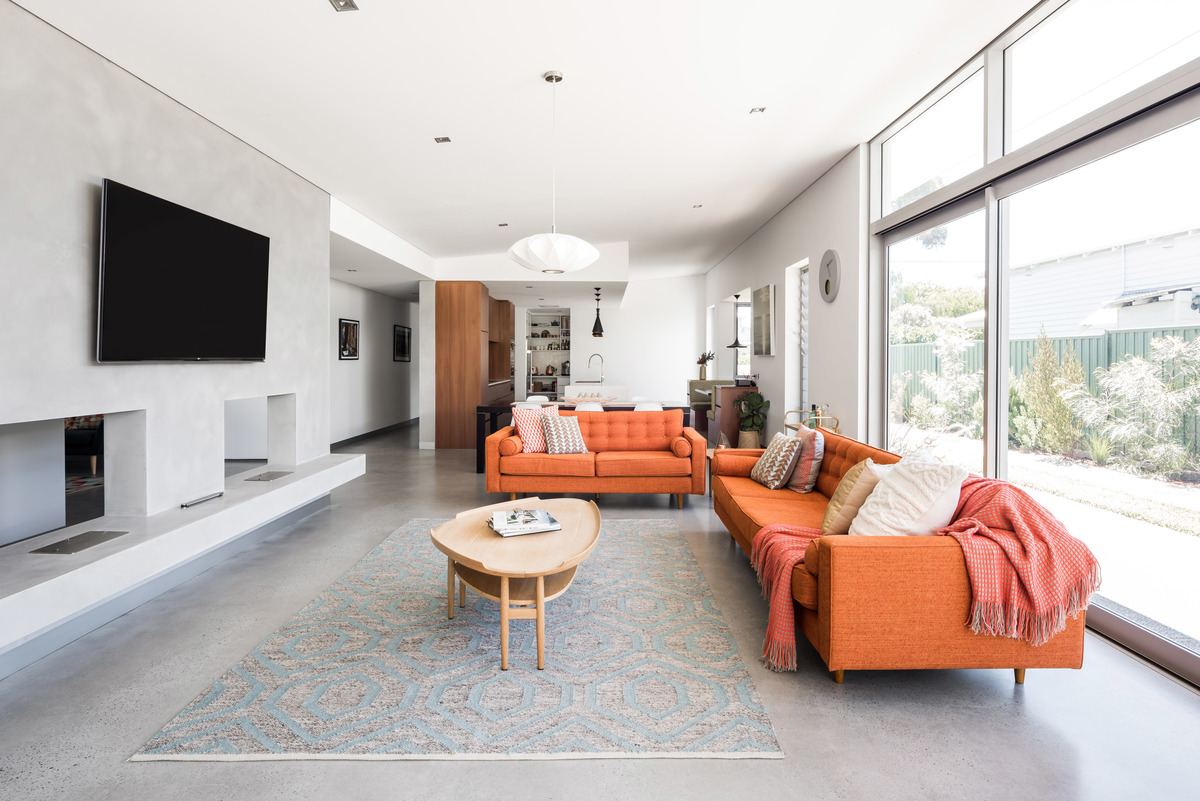 The house seamlessly flows from indoors to outdoors, which ultimately gives the home even more flexibility. A northern orientation for the main living and outdoor areas floods the home with natural light. "Due to the site's excellent solar north orientation and the longest sides of the lot being the north and south flanks, a solar passive design was the natural choice and made efficient use of the site", explains Marcus. 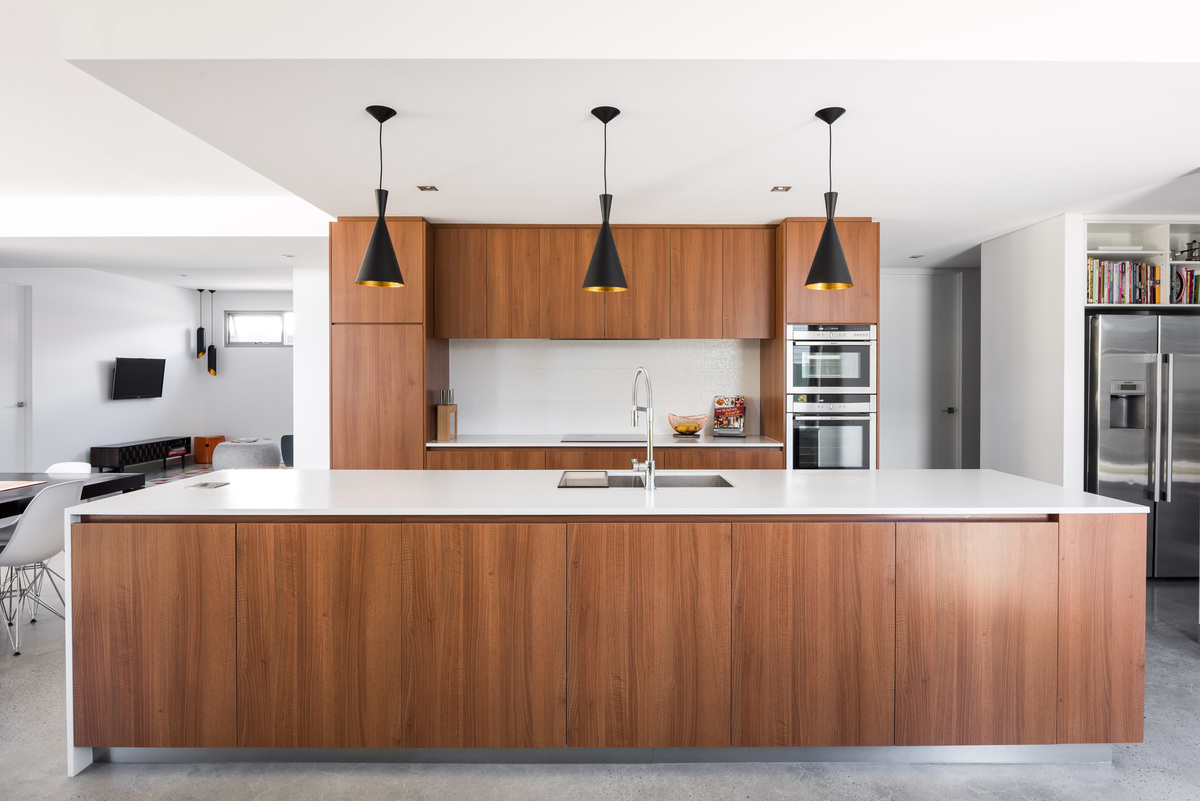 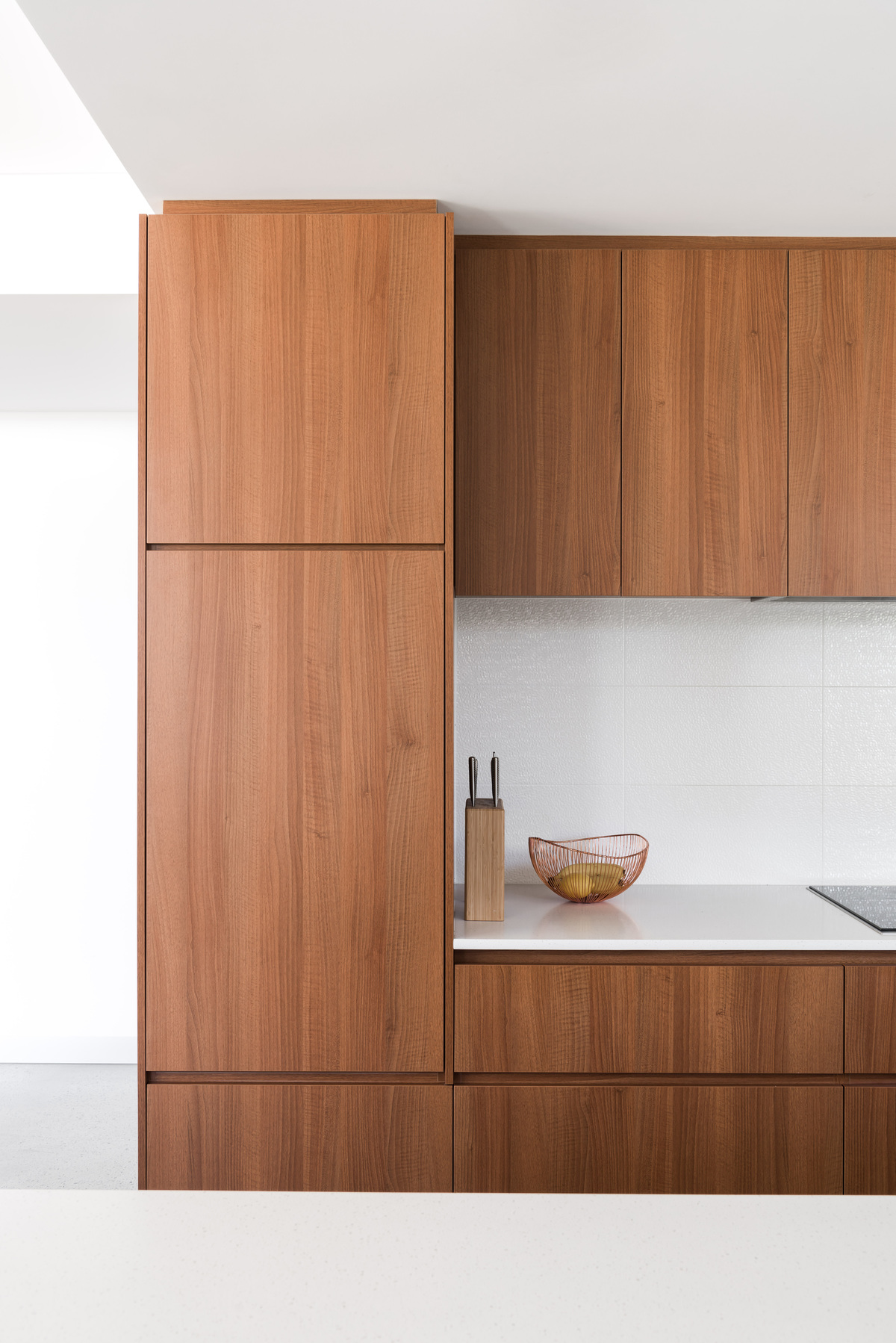 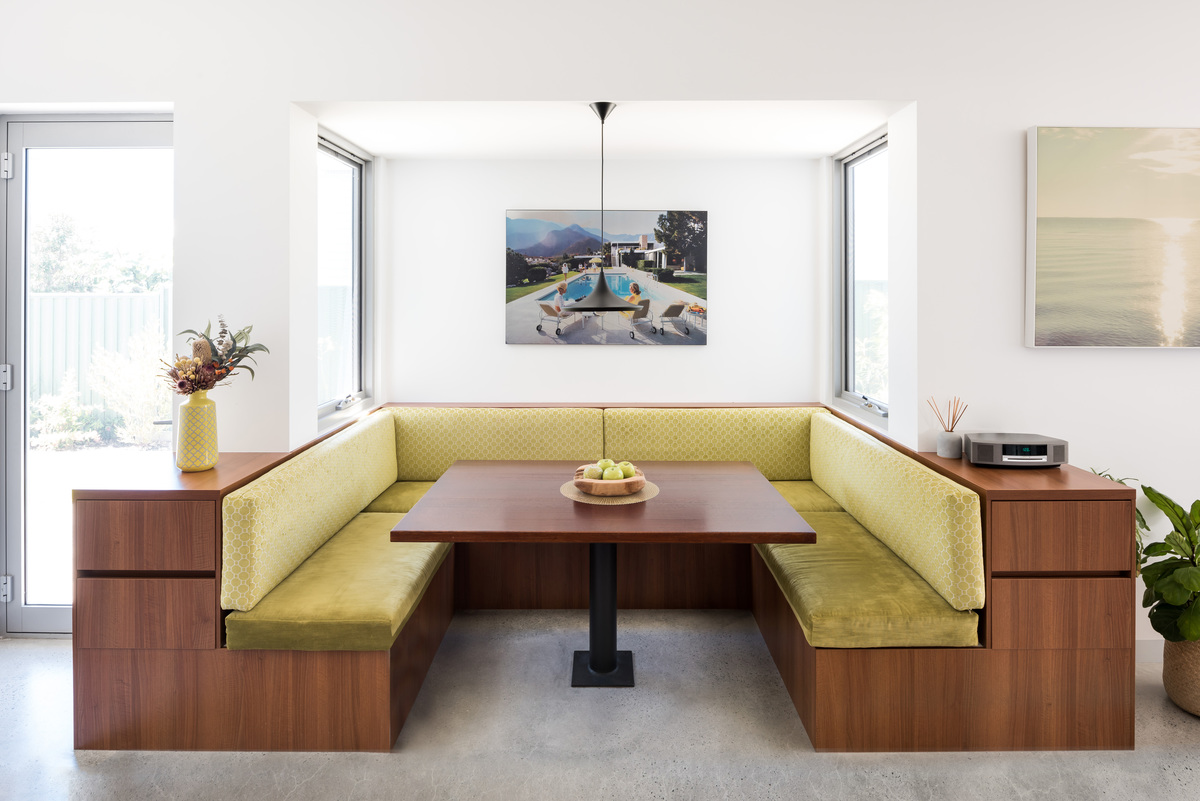 The all-American dining booth makes an appearance in the living area, to "act as a natural hub for the family members at the start of each day", says Marcus. "Stories, plans, lunches and orders for the day could be dispensed in the convenience of a roundtable scenario to stay in touch with each member's daily events." 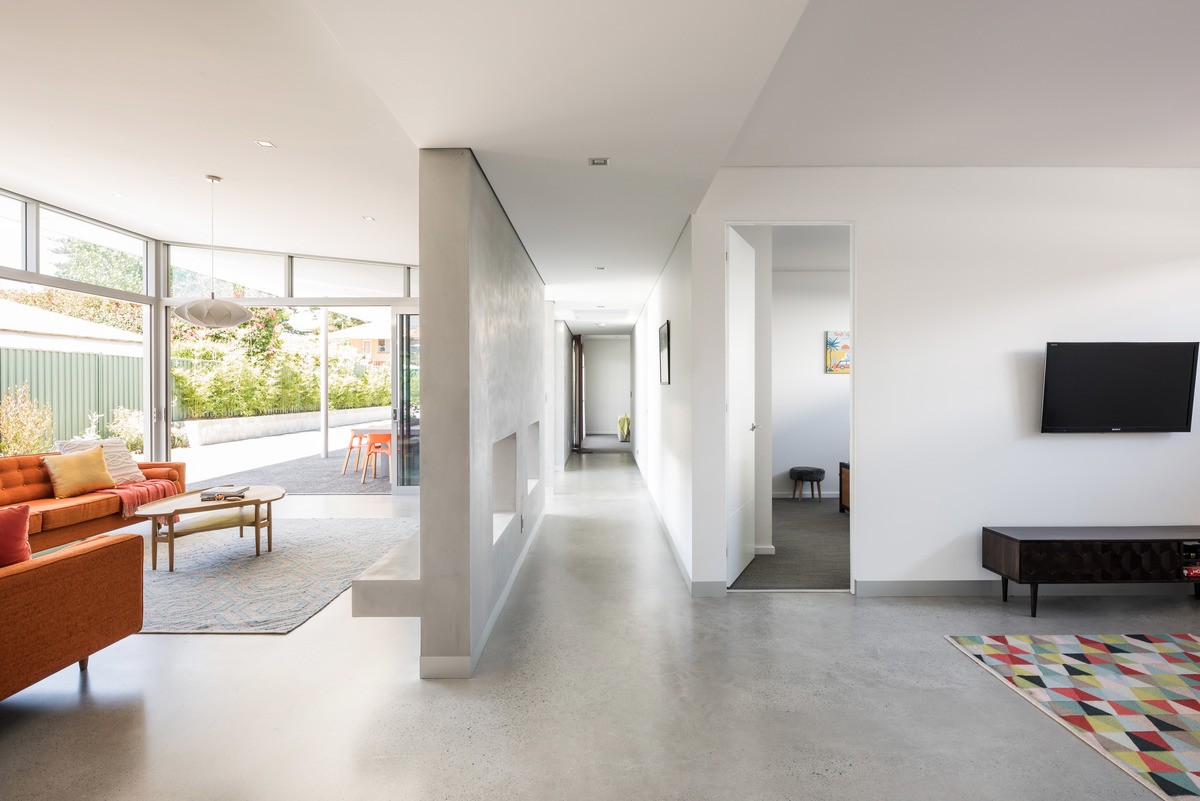 A central spine (AKA 'Glide' in mishack lingo) runs the length of the home and separates the living areas (Cook. Eat. Chill) from the more private Sleep and Bathe zones. 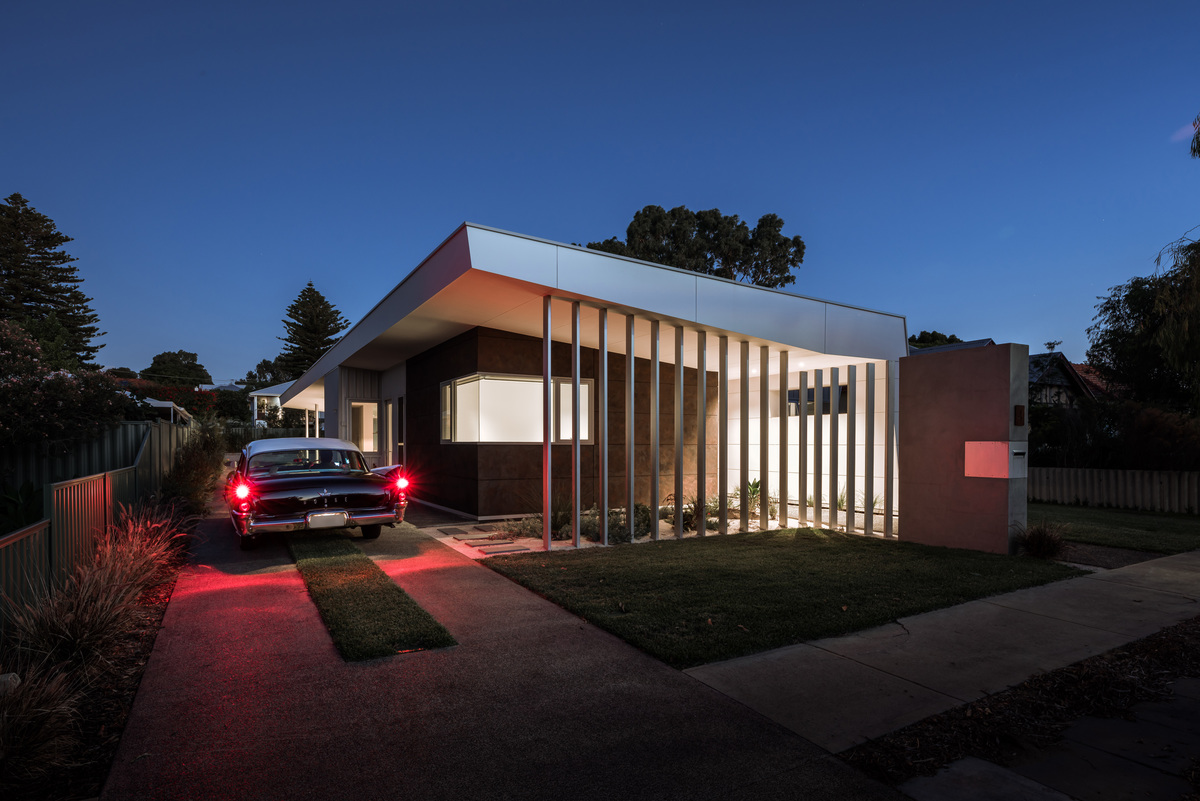 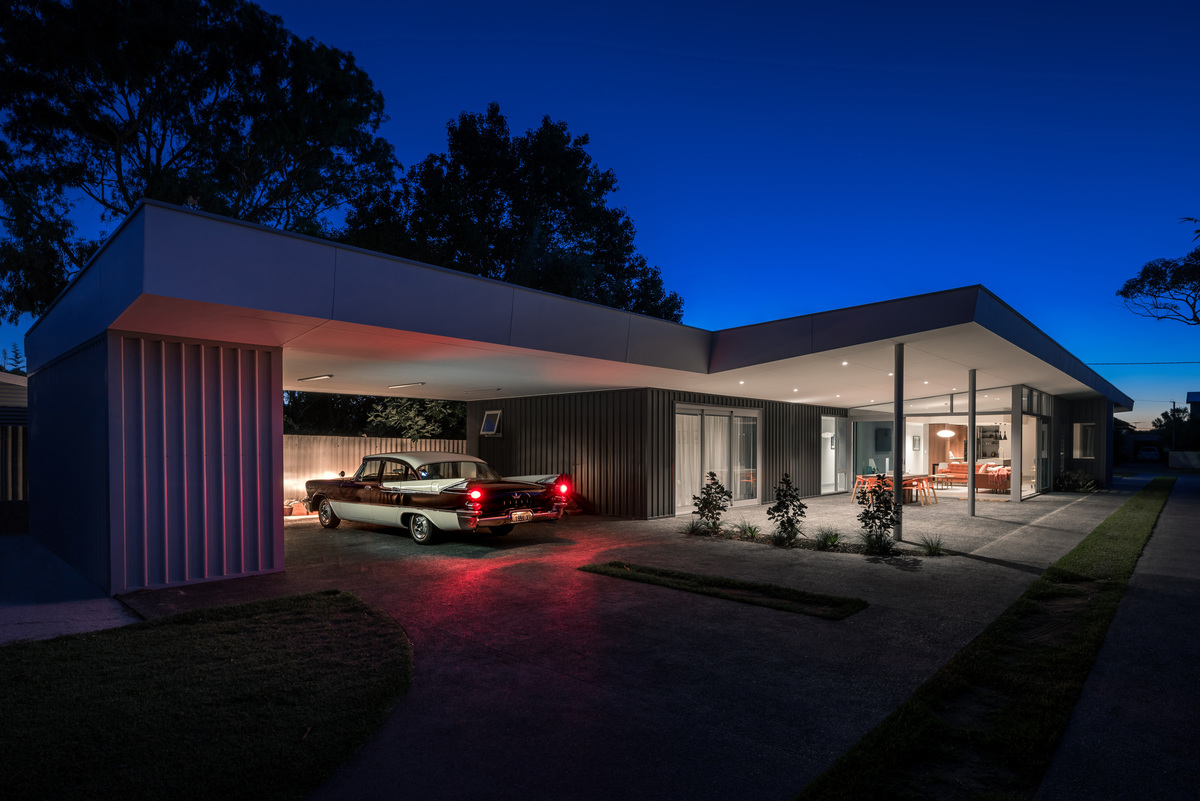 The clients steered (pardon the pun) clear of a typical double garage crowding the front of the house. Instead, they opted for a laneway to the side of the house with only the tyre runs paved so it can double as landscaping. The laneway leads to a double carport and boat store at the rear of the home. In order to adapt to the changing needs of the family over time, the carport was visualised as a place which could one day be built in as a separate parents' retreat so the kids can take over the rest of the house. 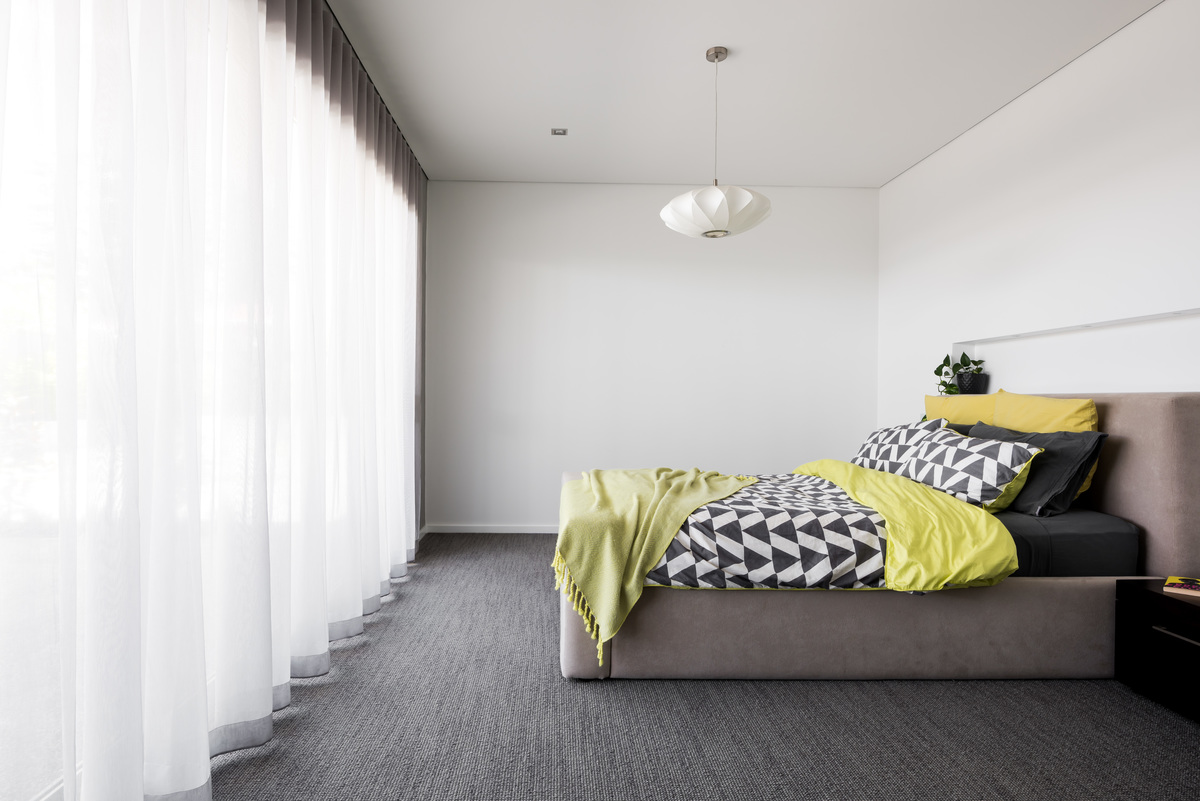 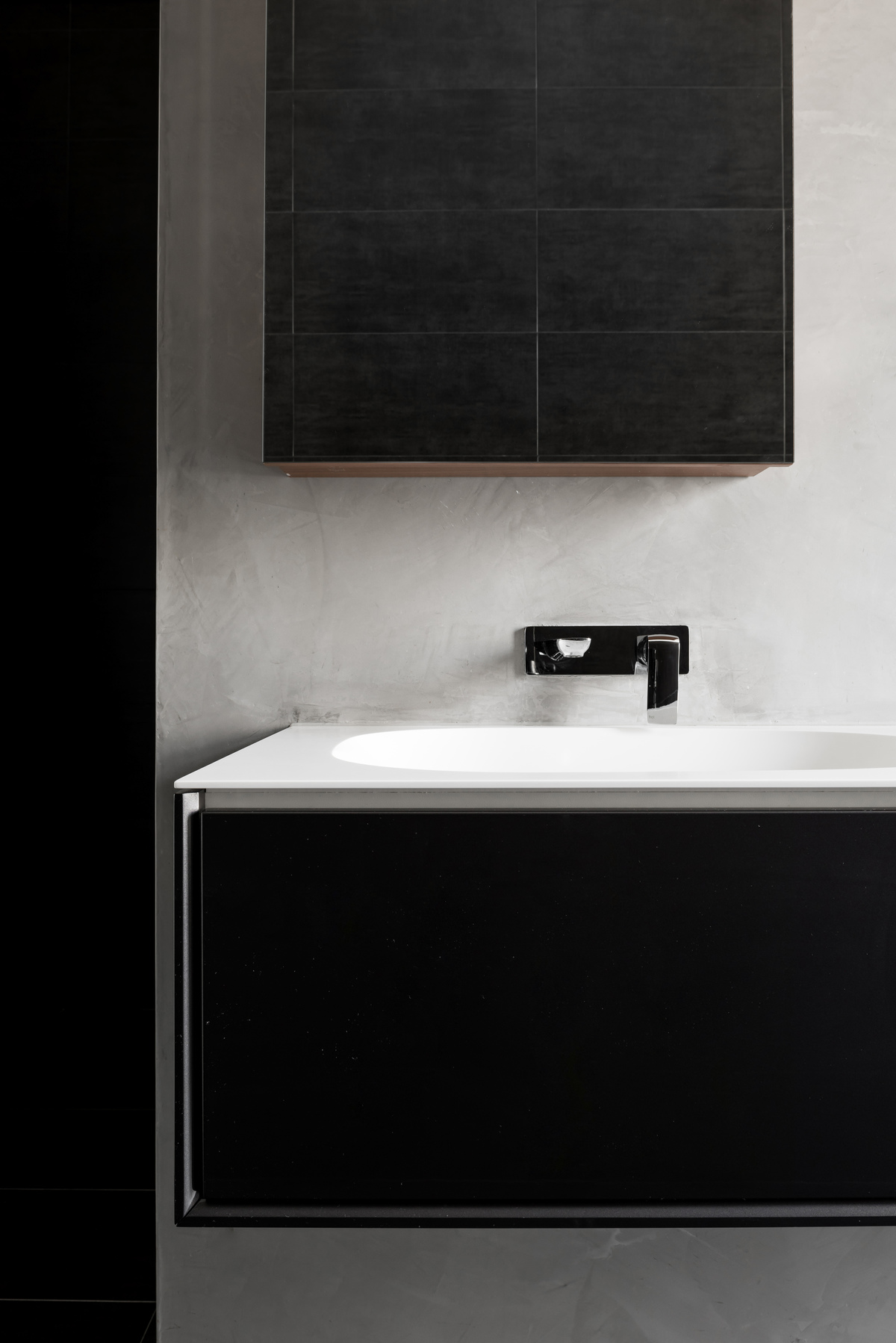 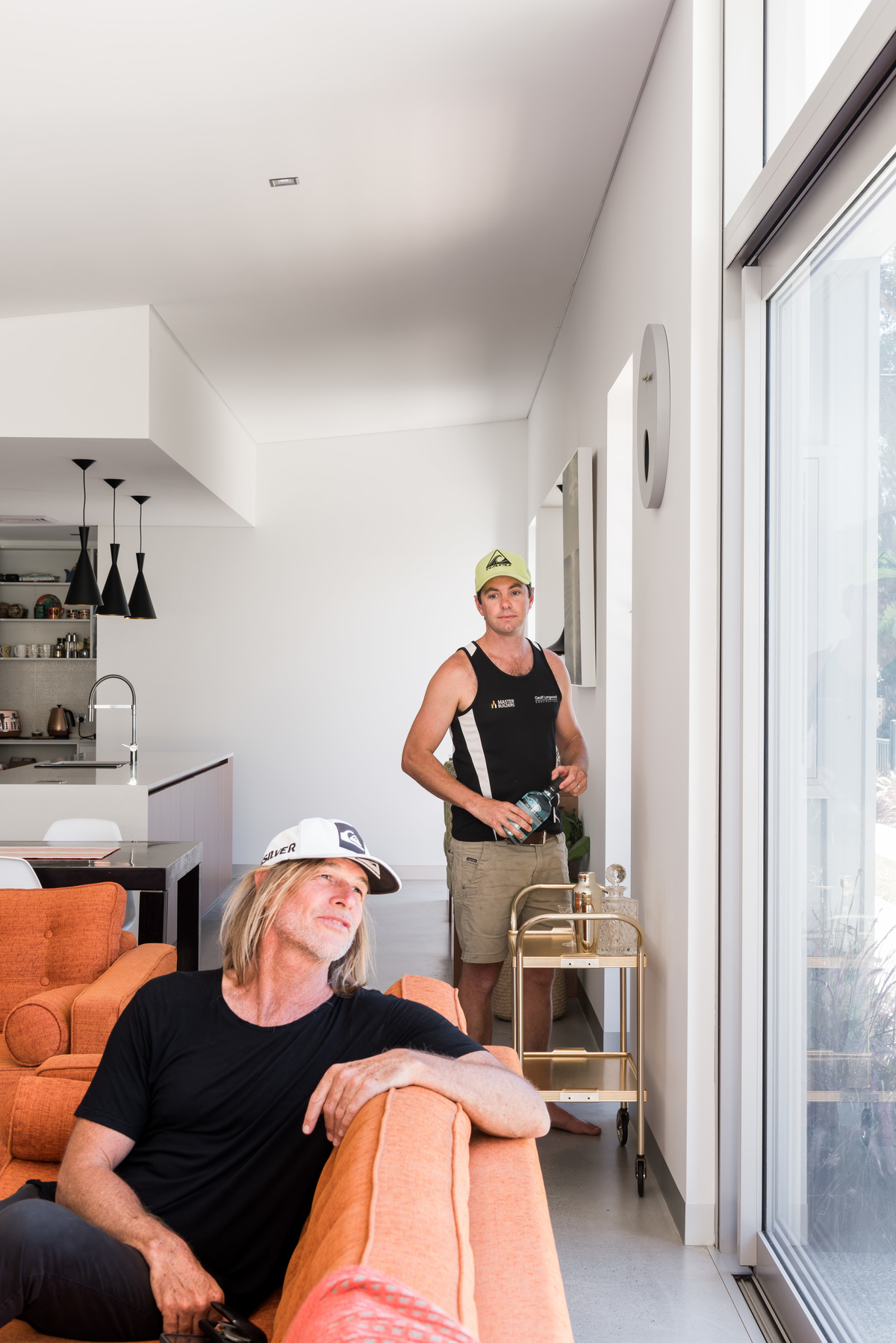 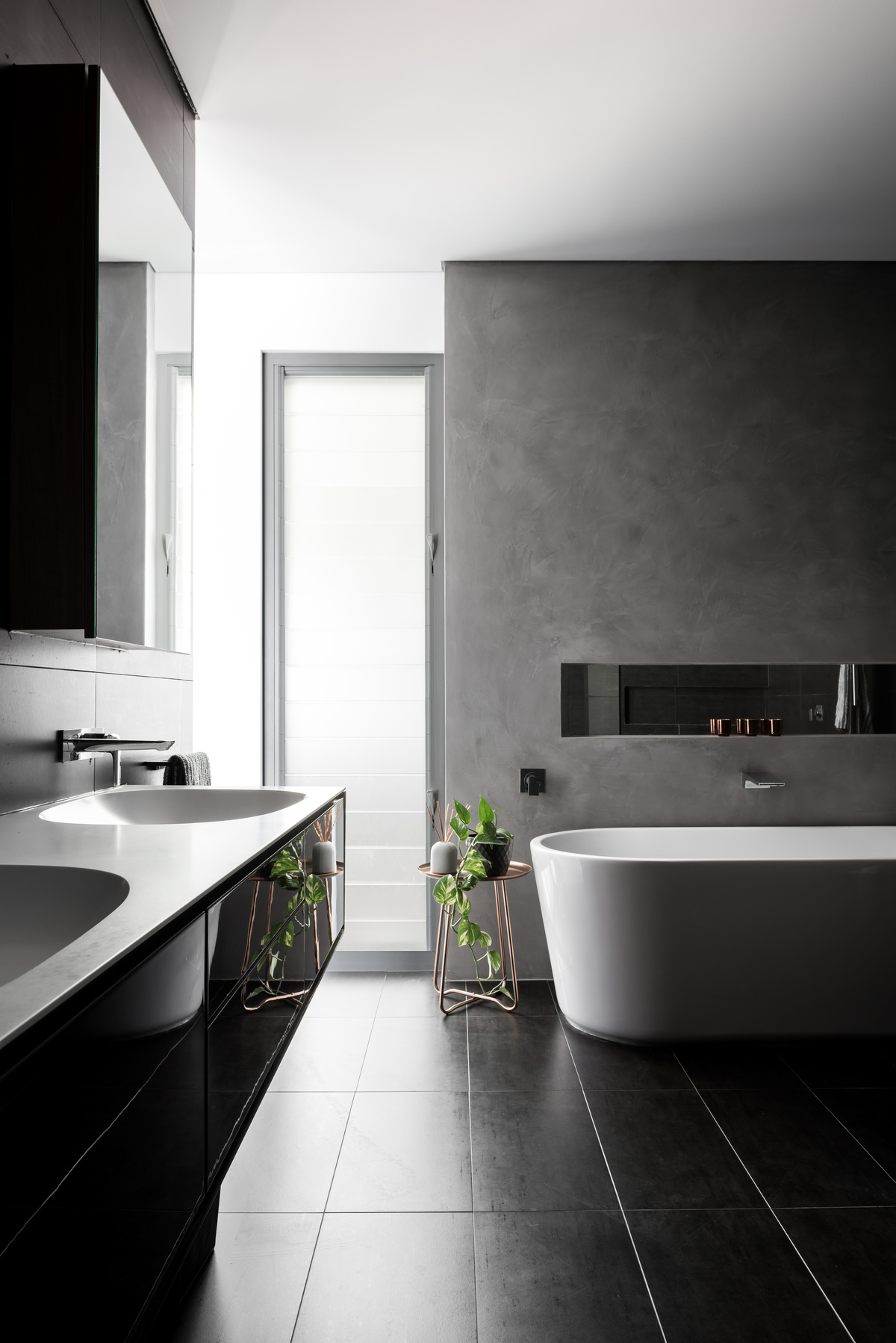 "Mishack has a mandate to create budget conscious architecture, it achieves this via simple modular layouts and simple construction methods and a 'middle of the market' approach to fixtures, fittings and finishes. The McGunnigle Shack is a large house with extensive external areas undercover and a novel entry statement. It encompasses some 415 square metres of overall built area under cover and was completed for an overall square meter rate of only $1690 dollars."

Tell us what you love about McGunnigle Shack...