Introspective Modern Beach House With No Access to Sea Views

This Modern Beach House, hidden behind the sand dunes of Diamond Beach on the mid-north coast of New South Wales, is very flat and has a modest view over wetlands. Although the ocean is within spitting distance, the sand dunes block out all the desirable views. Instead, Modern Beach House by Bourne Blue Architecture turns inwards and creates a lively internal space for friends and family to gather before and after they hit the waves. 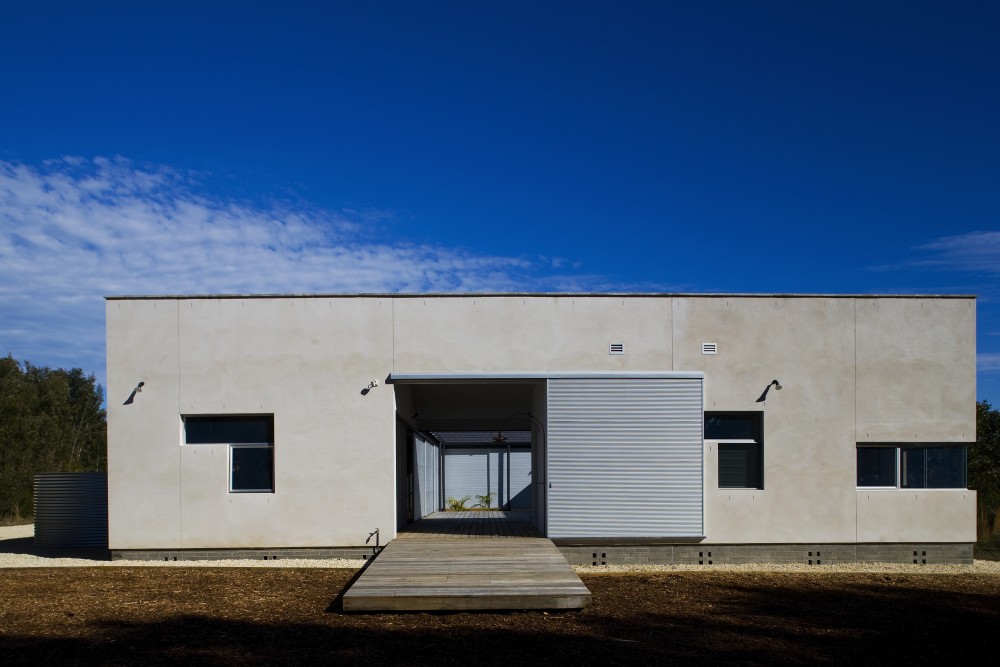 This is a holiday house for a large family, who frequently travel away with other families, so facilities for 10 – 15 people were required. A covenant on the land dictated that the house was to built using brick and tile. 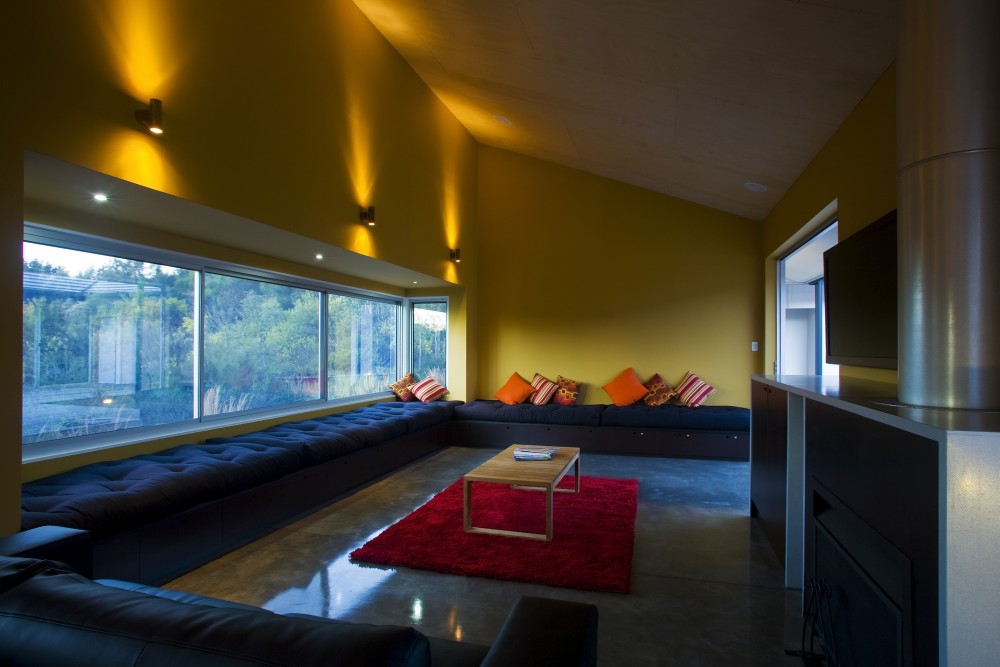 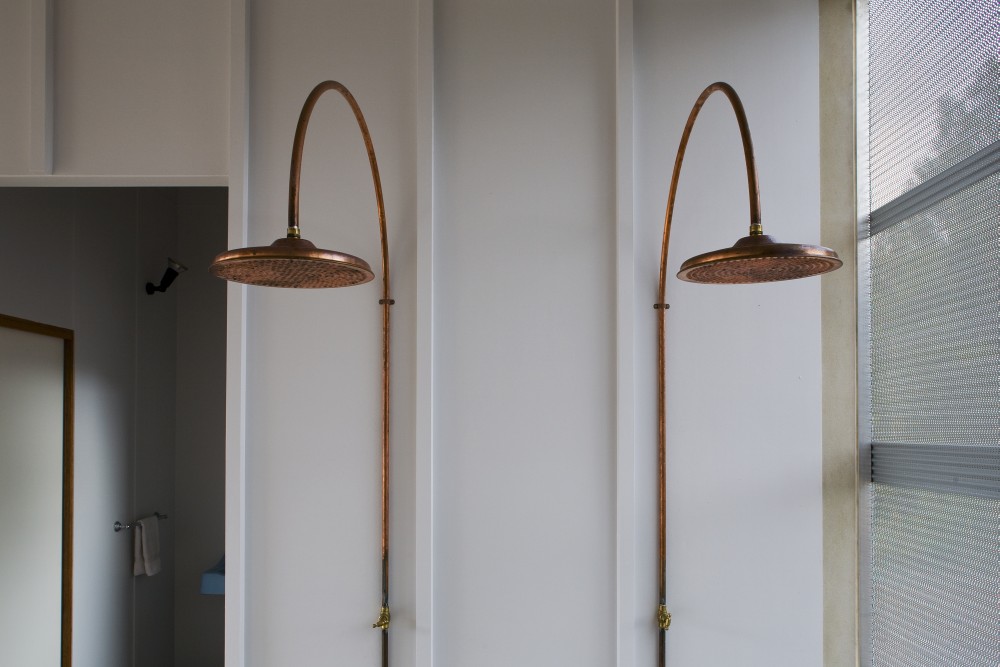 The design is comprised of four components, wrapping around a central court. Living space, two different adult sleeping areas and a kids area. The living space has a slab for thermal mass and faces North. The two adult sleeping areas are identical parental retreats at opposite corners, while the kids area has a boys and girls bunkroom and a TV area. 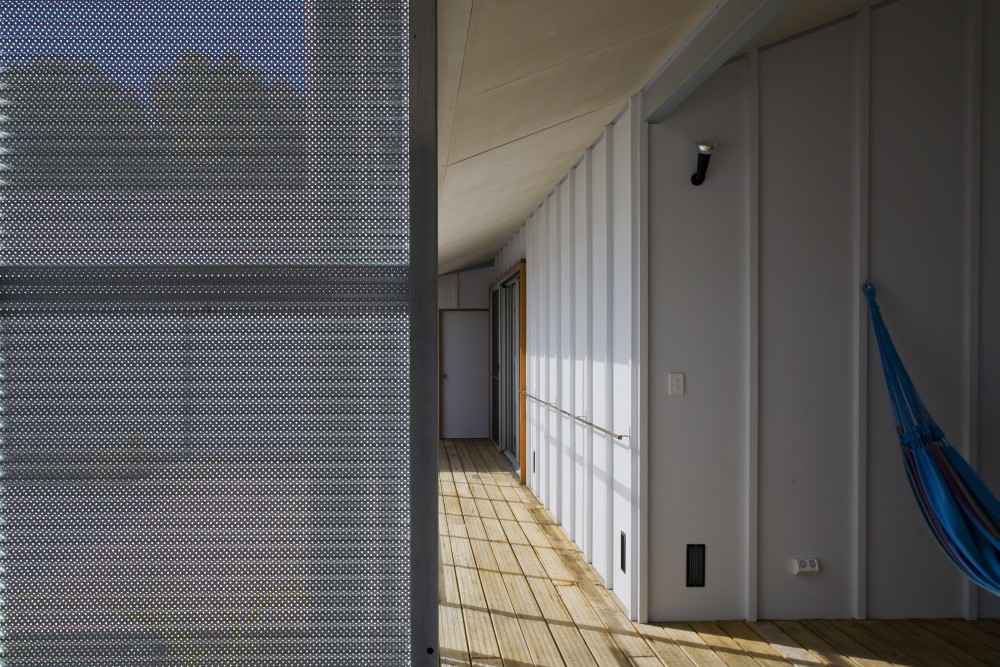 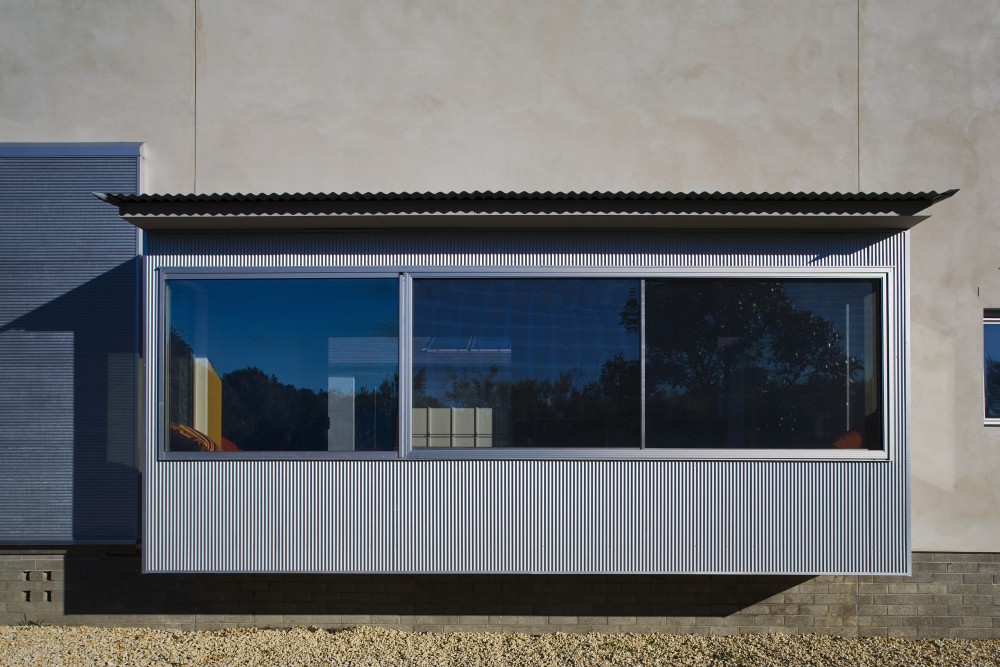 Each of the four components is separated by a roofed deck, which either houses hammocks, a dining space or the entry. A monopitch roof wraps around the courtyard, over all these spaces, simplifying roof drainage and providing unity. 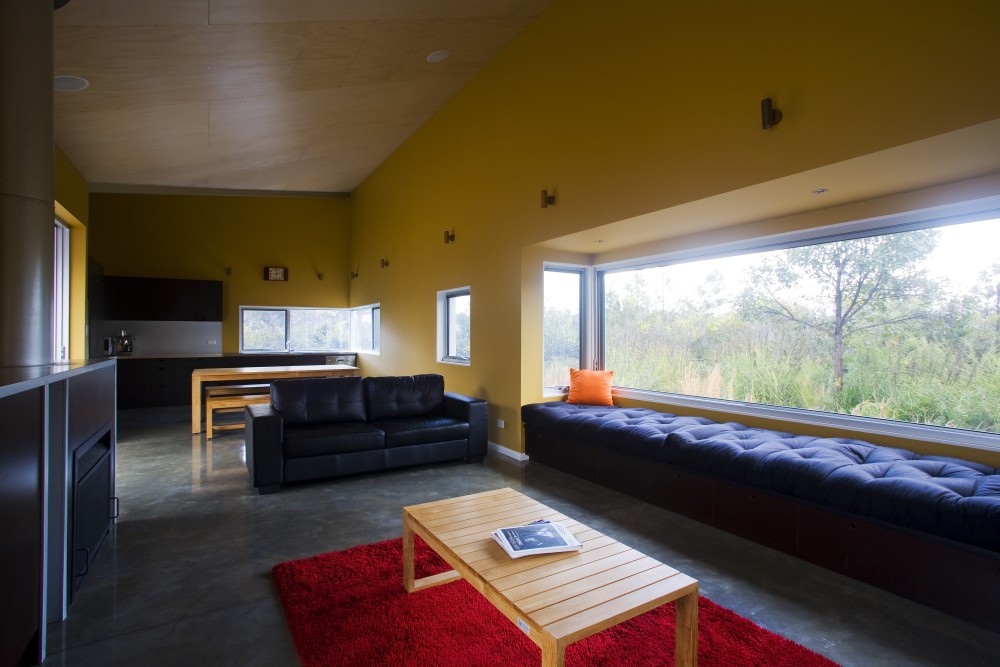 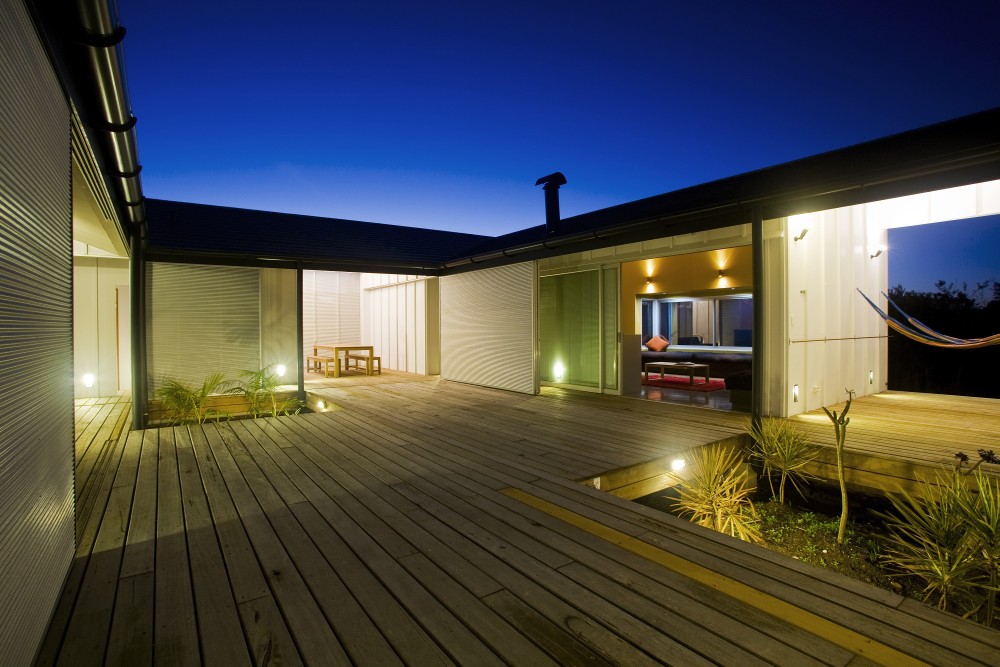 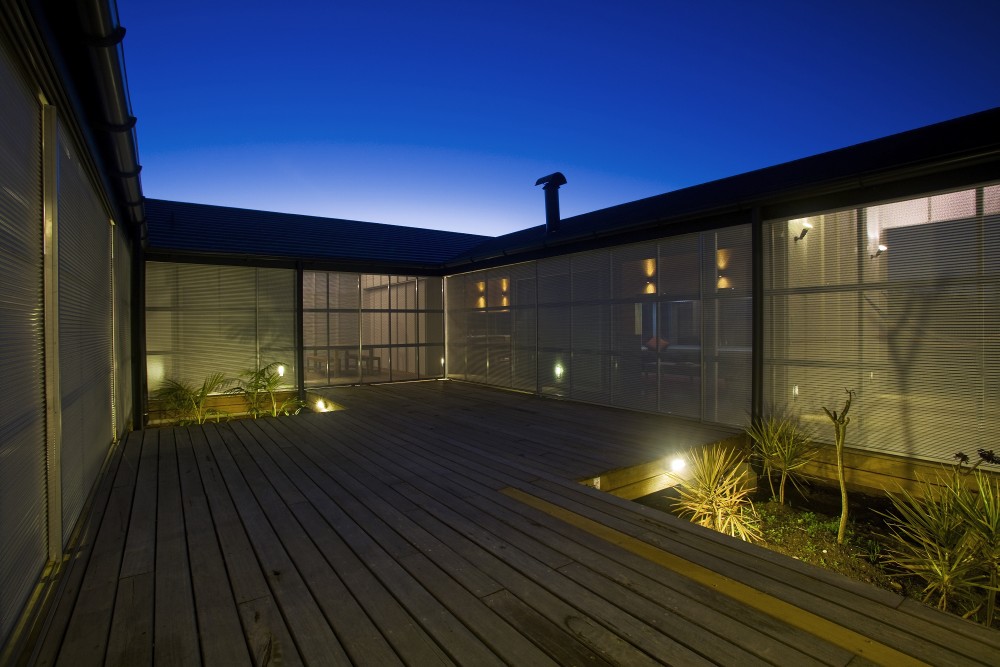 Sliding screens of perforated mini orb close off the roofed decks at the edge of the building, so that they are secure when the house is not in use. They also screen the undesirable sun and weather. A second set of screens wrap around the internal courtyard which also protect against inclement weather and cater for prolonged absences. 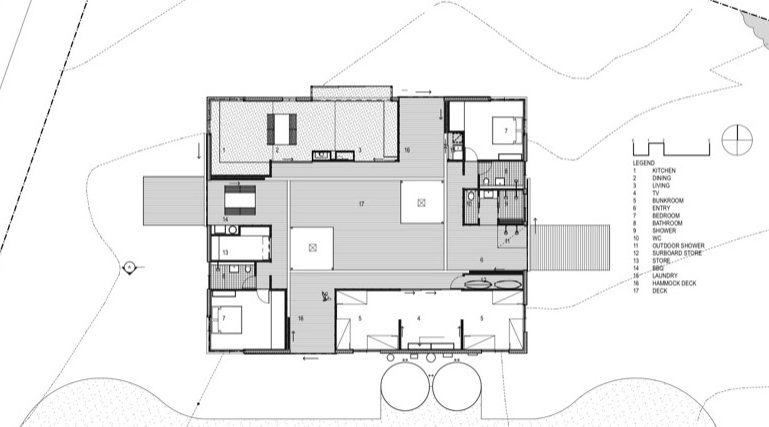