Outside In House: This Modern Extension Doesn't Steal the Limelight

Oops... seems I sent an email with the wrong link. If you're looking for 'When I Looked at the Floor Plan, I Freaked Out...', you'll find it here.

When renovating an old home, it's easy to get a little carried away and before you know it, you've plastered and painted much of your old home's character out of existence. At Outside In House, MODO Architecture have been careful to ensure their modern interventions are supporting actors, not the star... 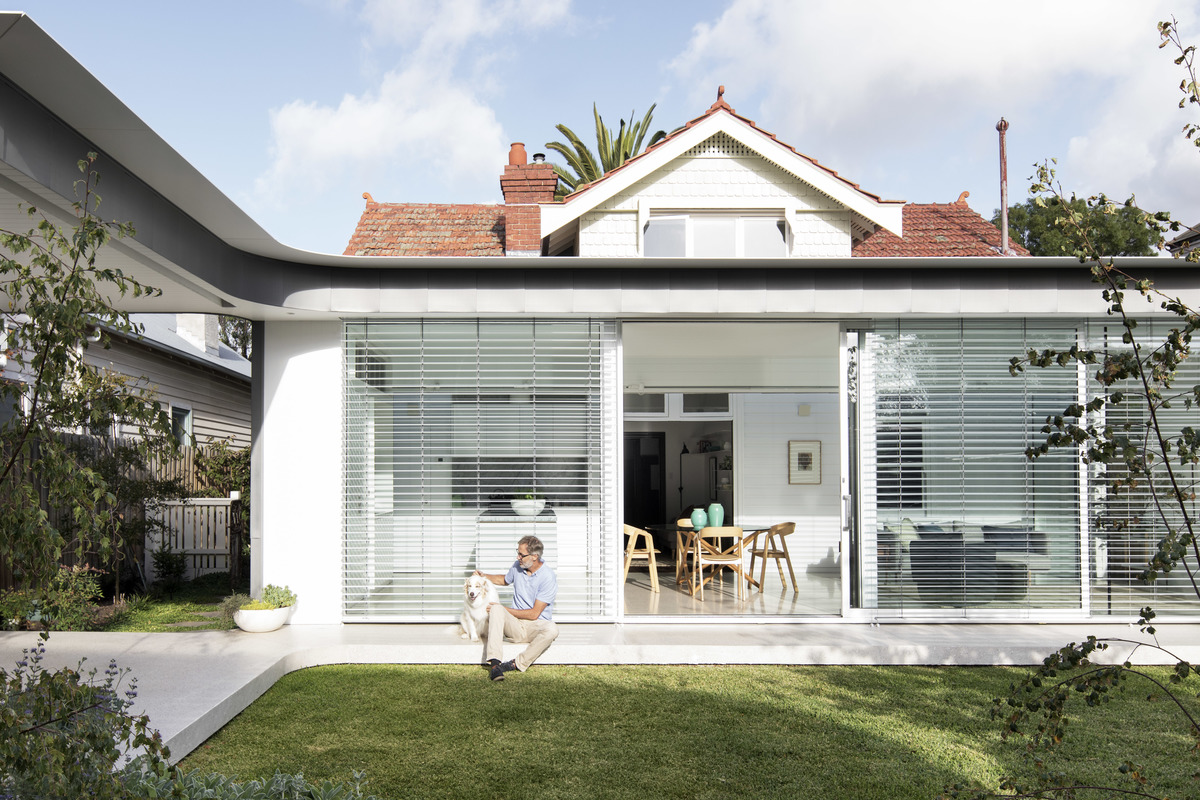 The considerate approach to this project started with the client, a builder who had studied architectural history. "The story and the craftsmanship of such a house was very important to him", explains Michael Ong from MODO Architecture. "It was clear the client had a strong connection with the original house, although in need of repair, the quality and character of the original house brought them a lot of meaning and joy." 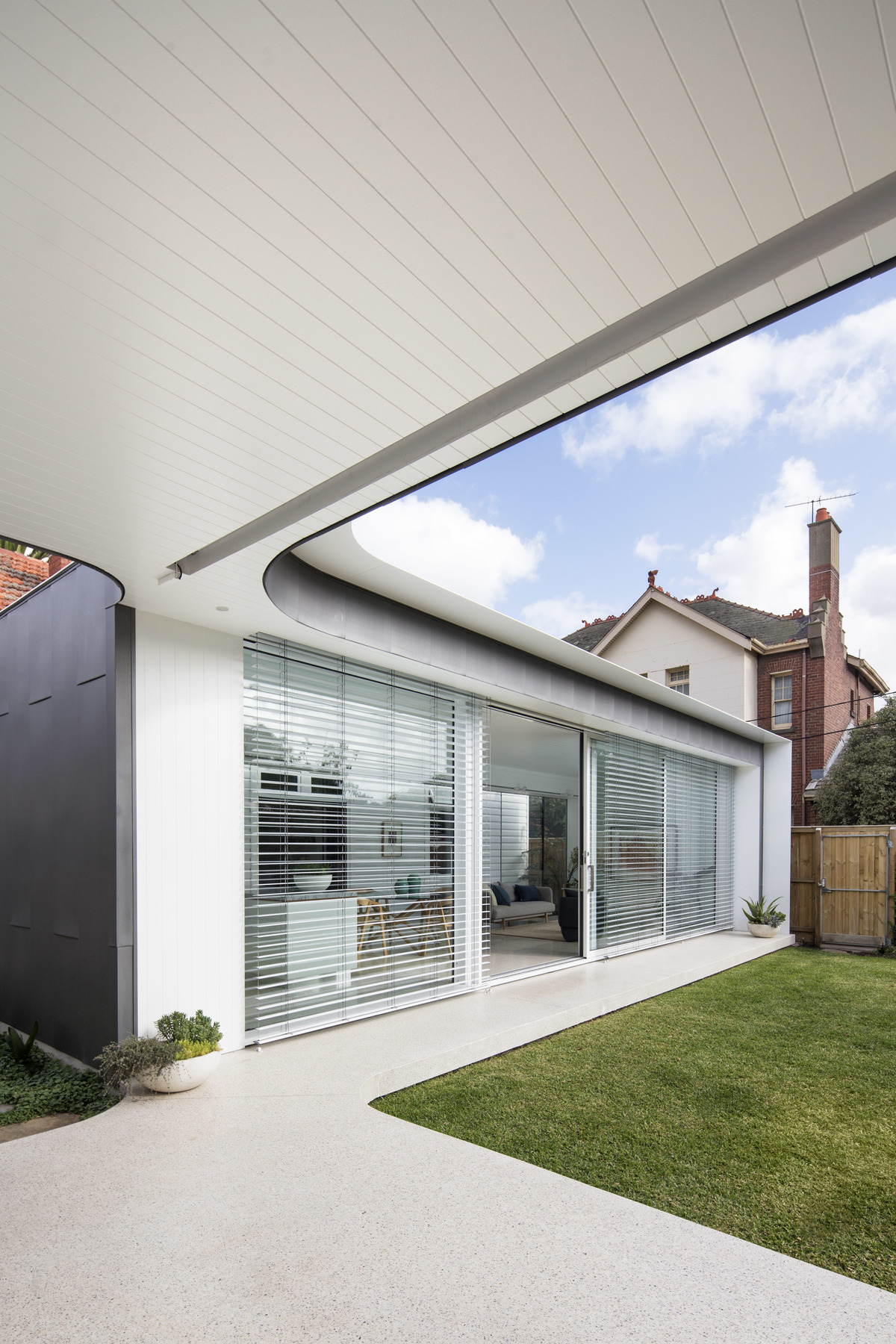 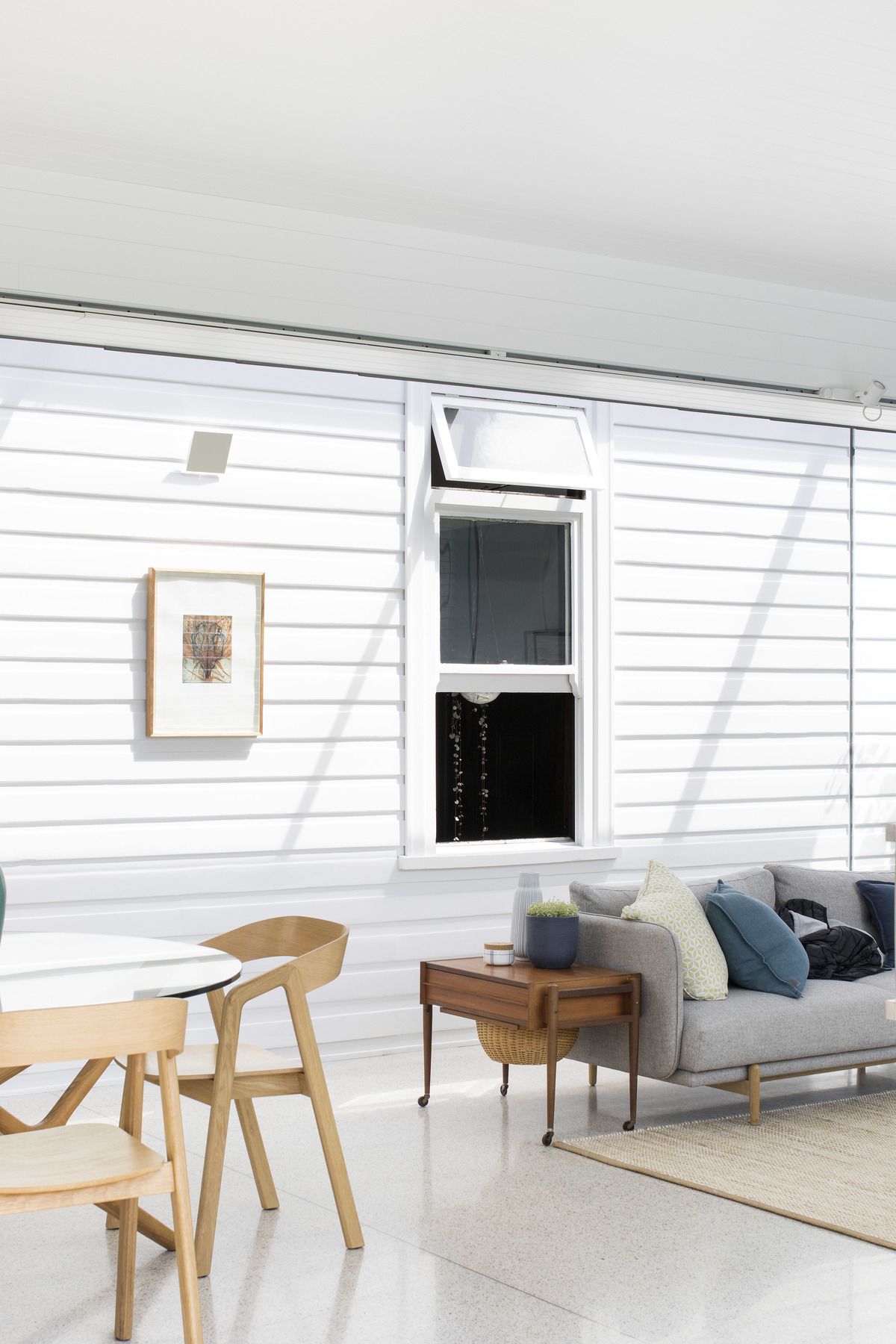 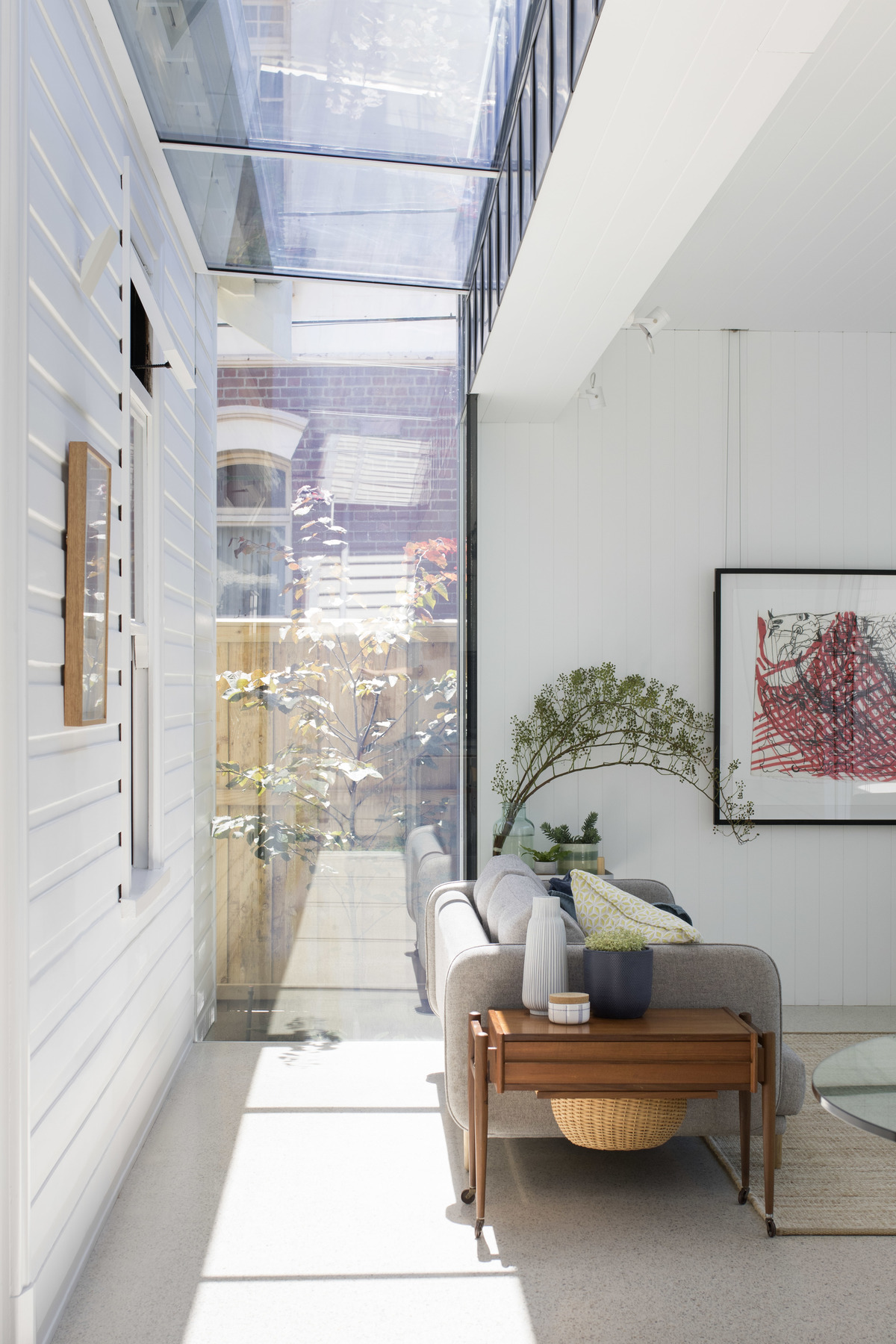 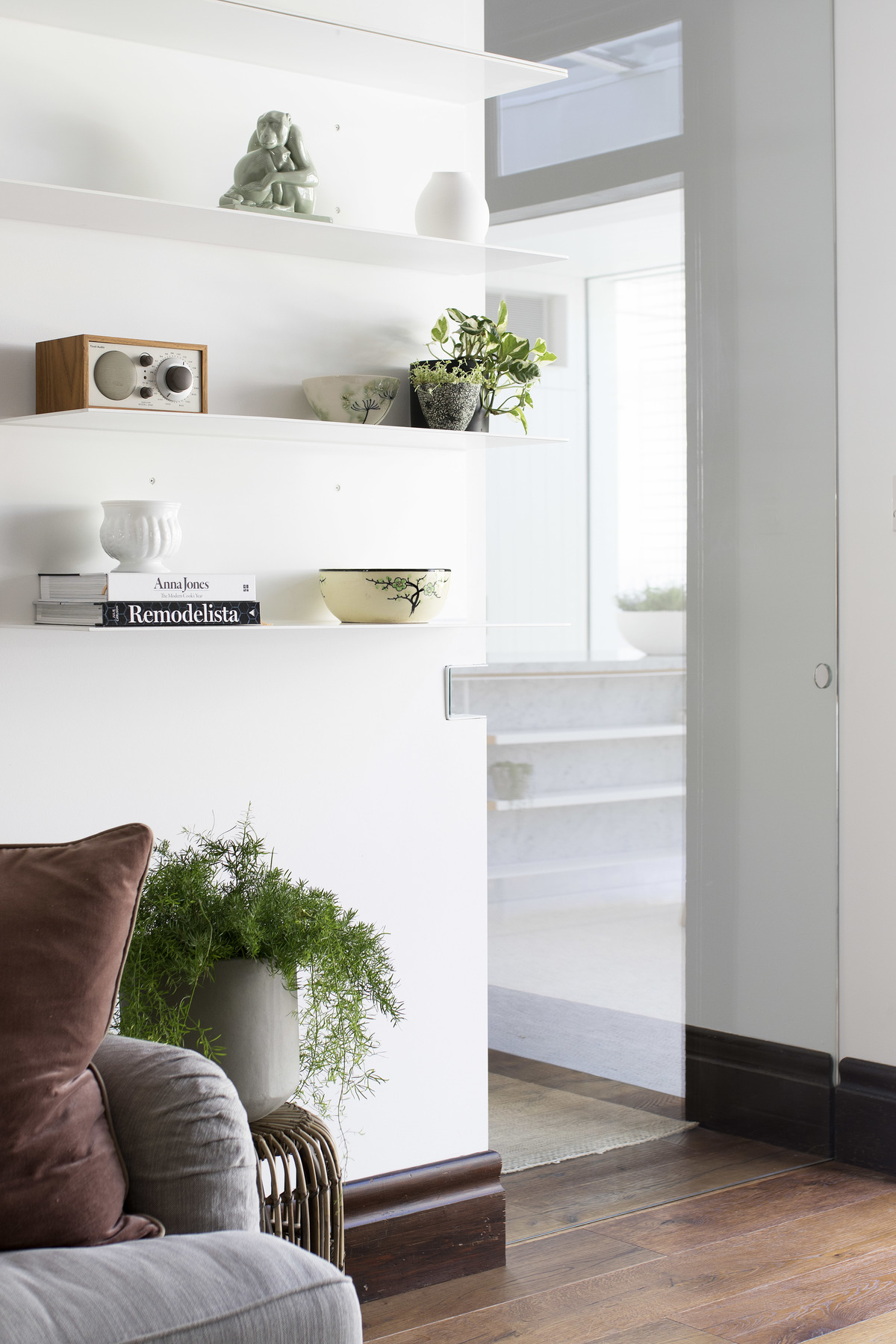 While some work had to be done to restore the original home, the architects were careful to make these changes minimal and subtle, like glass sliding doors and minimal, paper-thin shelves. "Within the existing we carefully restored the house, bringing back the life of the original home, through this process, we were able to introduce small changes which were designed to be gentle, neutral and recessive", says Michael. 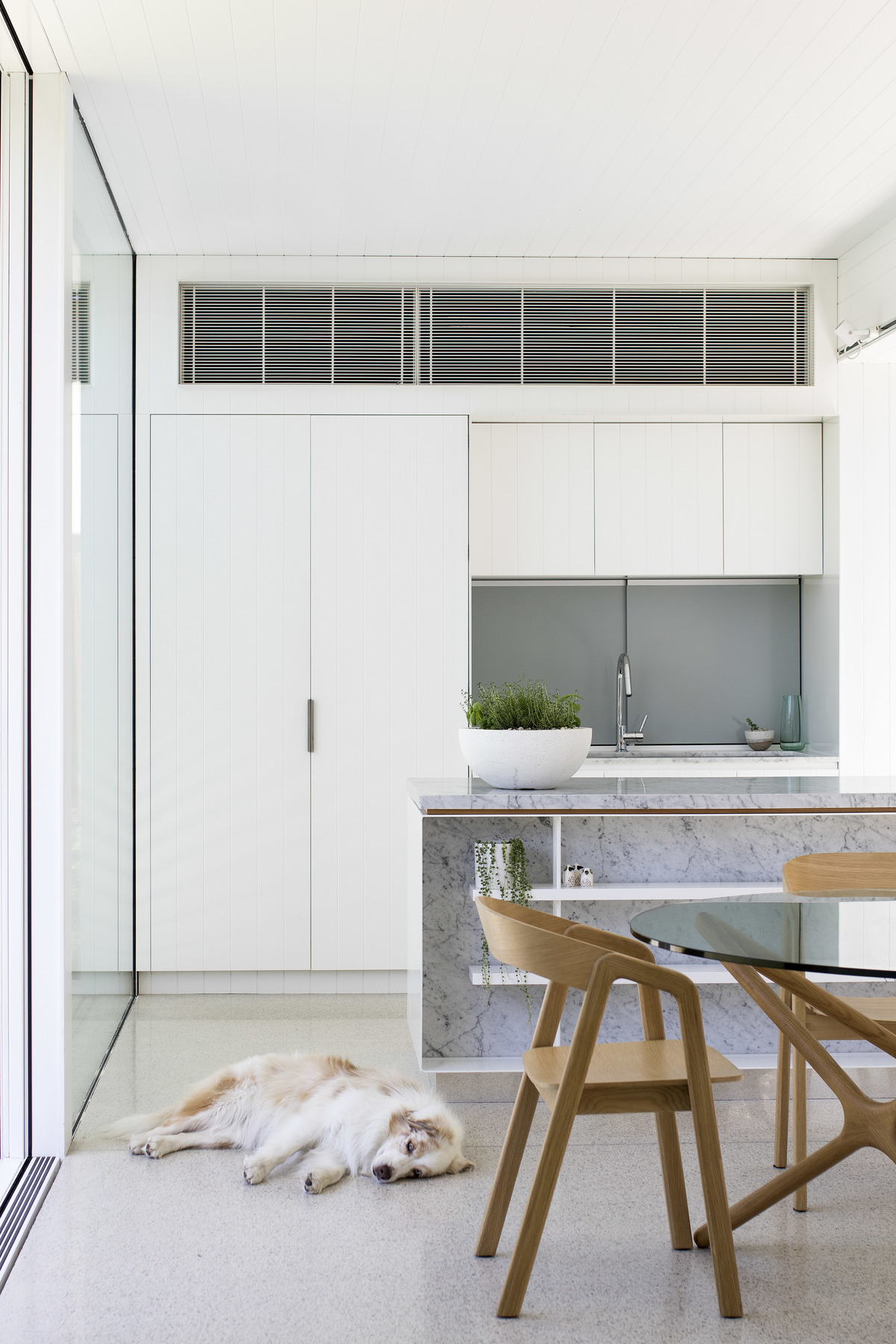 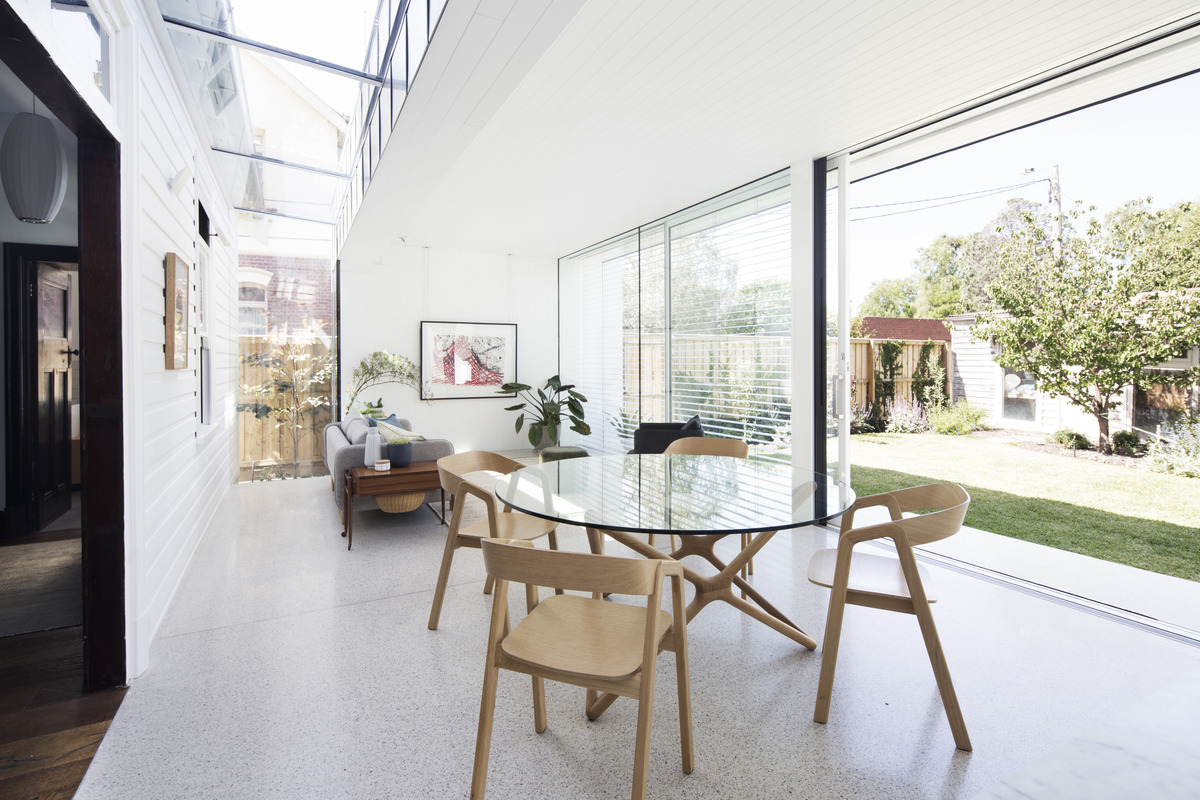 Concerned about the growing size of modern homes which Michael says, "spreads the family apart a bit too much" and potentially weakens family bonds, MODO Architecture "deliberately gave the living area a gentle squeeze". Compressing the living area in this way creates an intimate family space, yet with such a great connection to the outdoors and a retreat upstairs, it doesn't feel cramped. It's often the case that spaces slightly smaller than what you think you need actually have a better feeling. 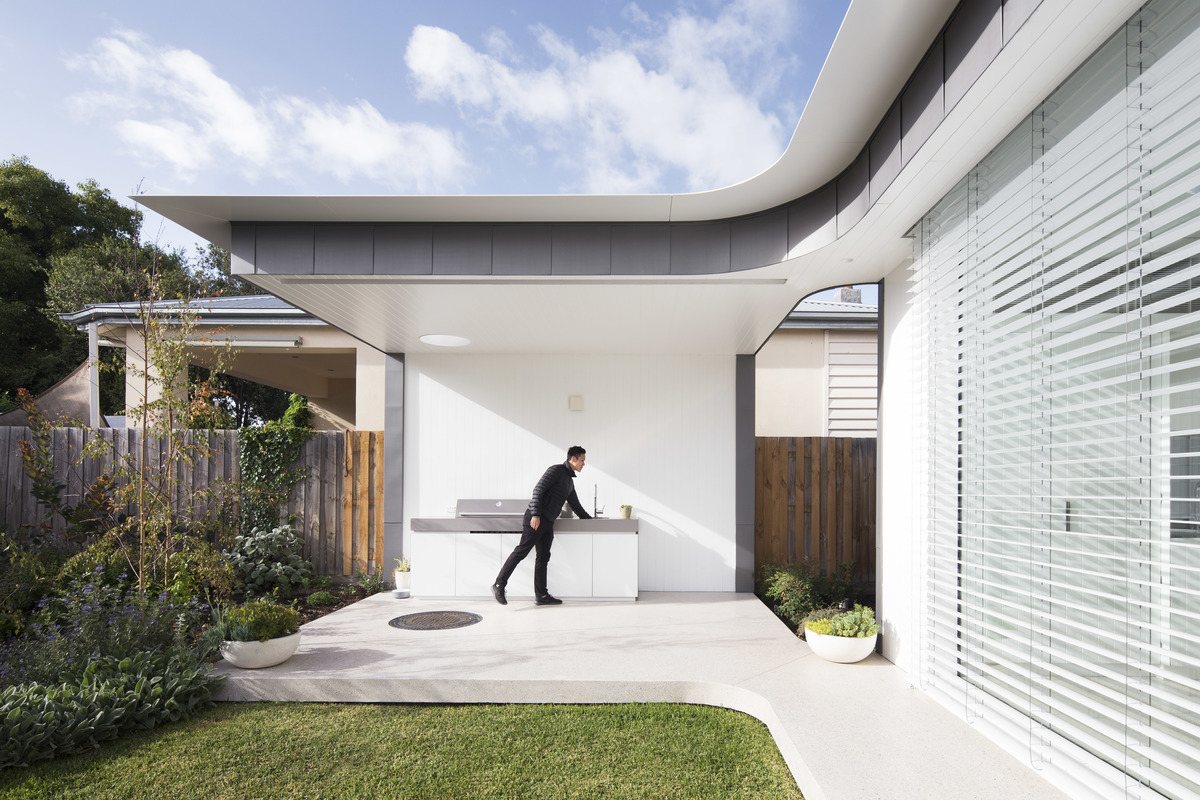 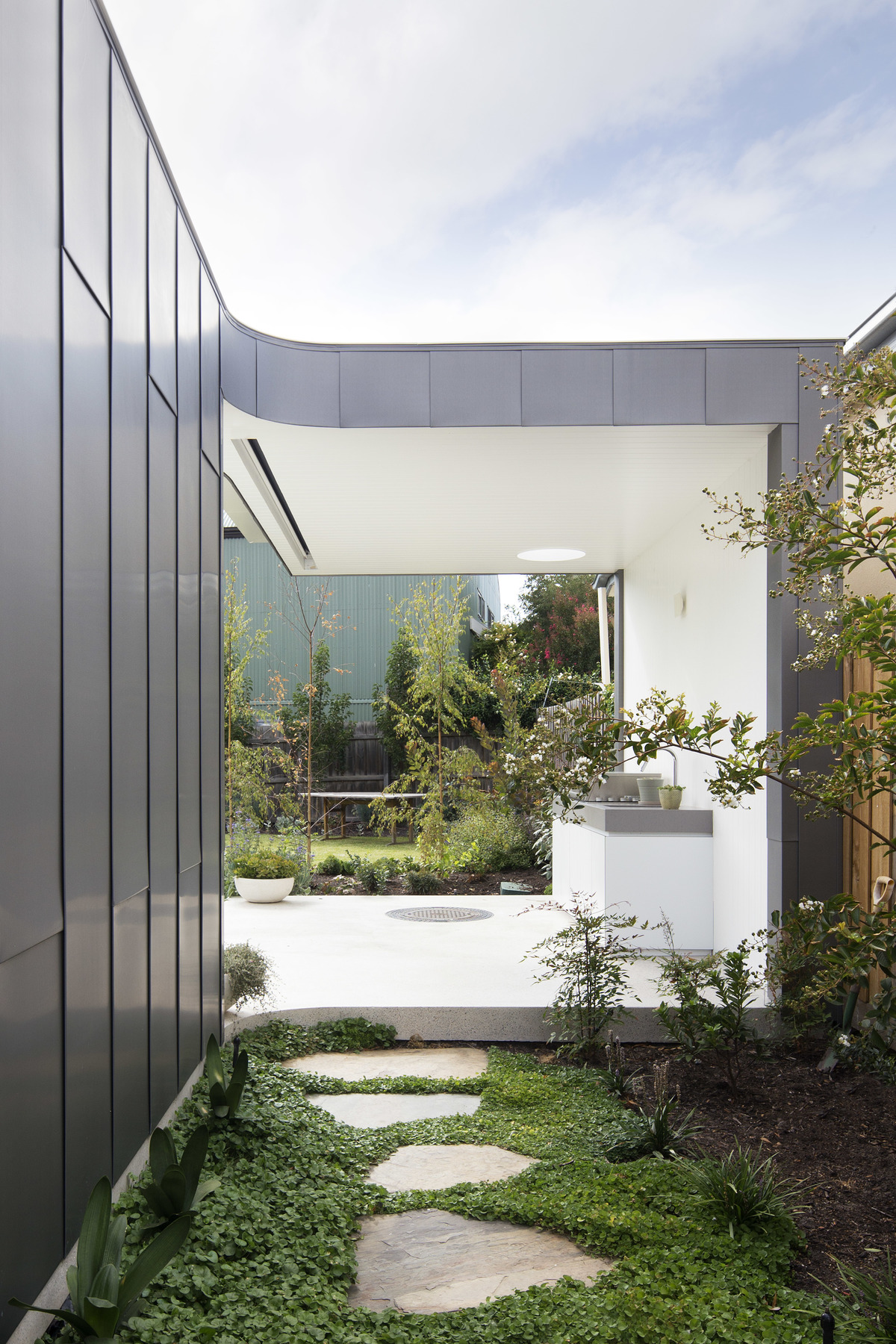 A covered outdoor BBQ area extends the living area into the outdoors, creating an effortless connection between inside and out. 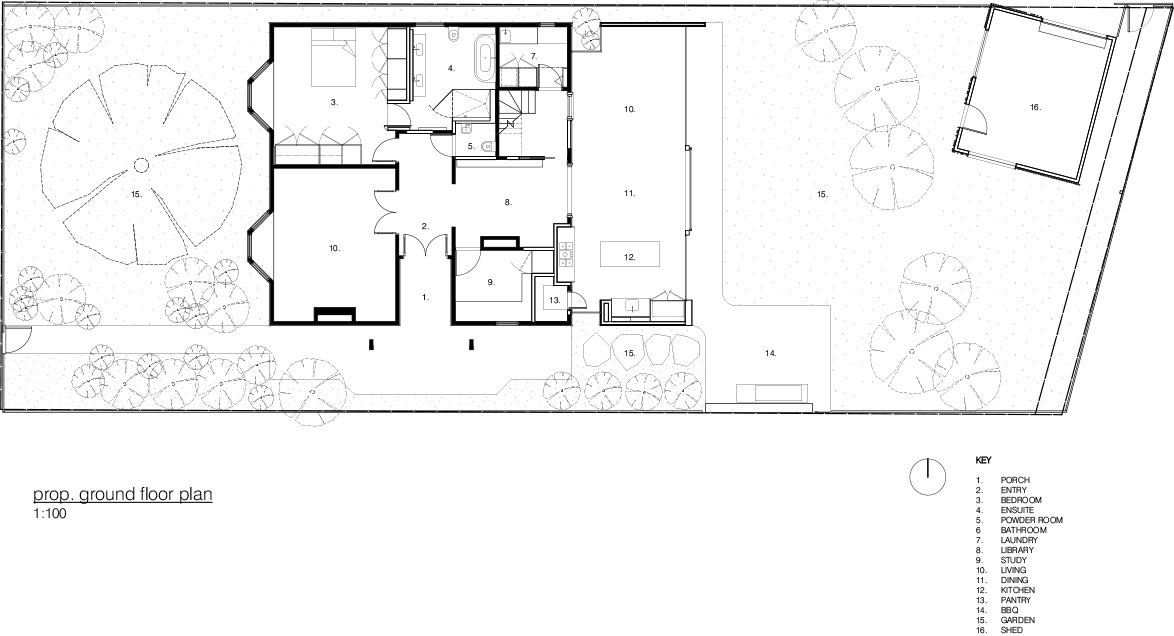 MODO Architecture has created a beautiful, light-filled addition, without sacrificing what the clients loved about their original home. In fact, like any great supporting actor, this new living pavilion plays a pivotal role in the new story of this home, without upstaging the star.

Tell us what you love about Outside In House...