When Richard's mother passed away, he and his partner Gillian decided to make her cottage, steeped in sentimentality, their new forever home... 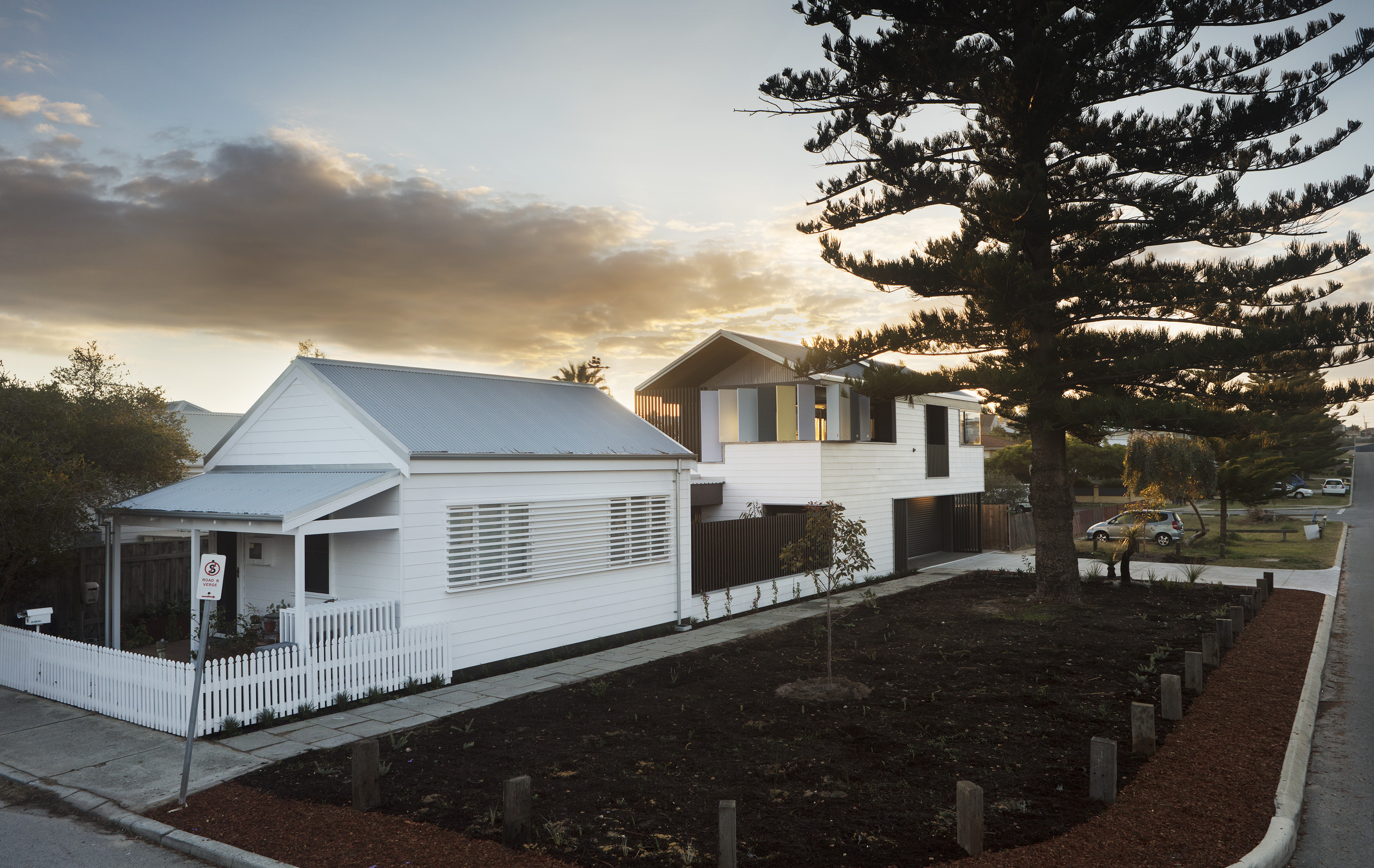 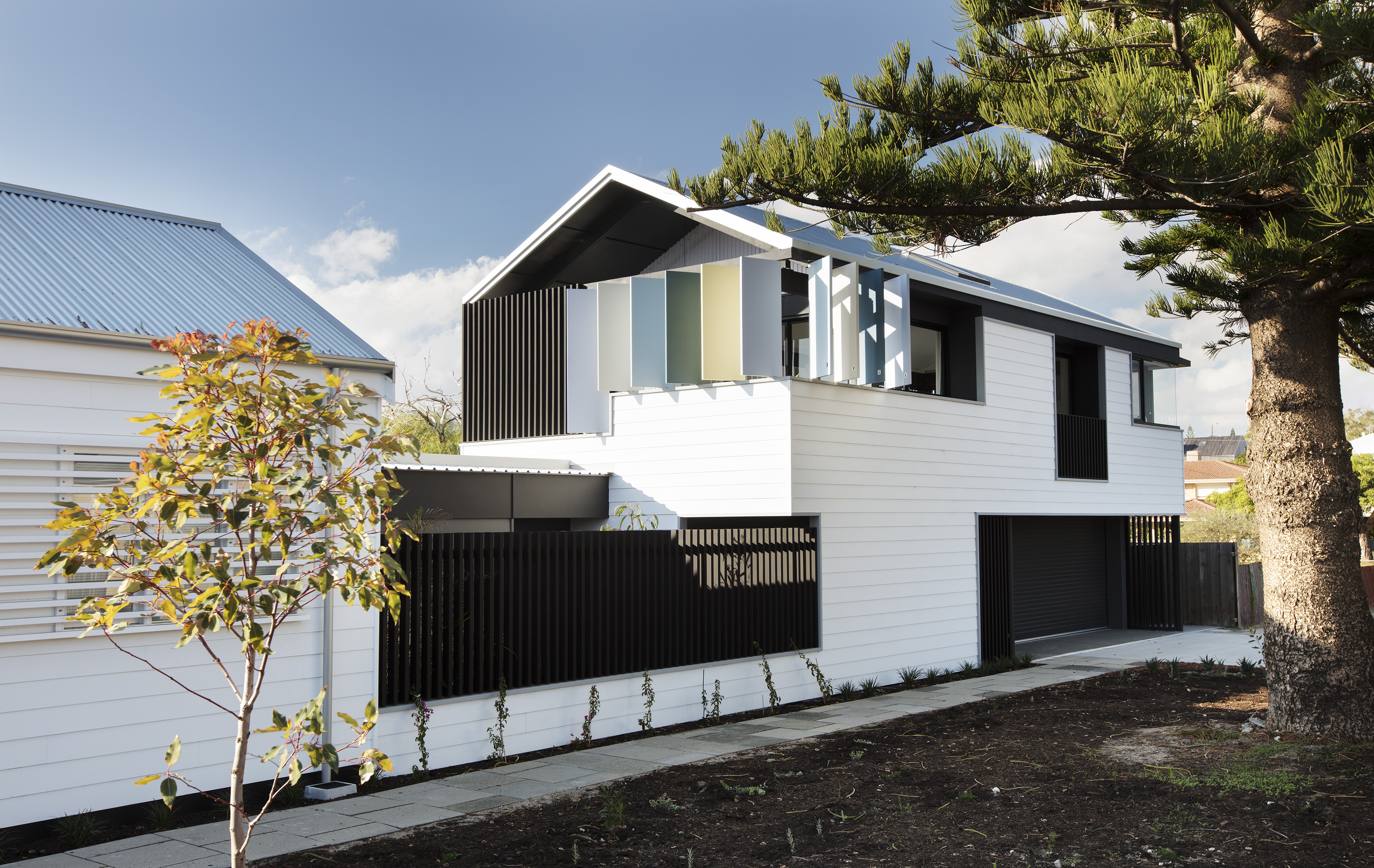 The two-bedroom workers' cottage in Fremantle sat on a corner block with a large backyard. Originally dating back to the turn of the century, the classic West Australian was a weatherboard home which had been reclad in cement sheet in the 1950s. Richard and Gillian wanted their addition to fit in with the original cottage. The challenge for Philip Stejskal Architecture was to create a larger sibling for the original cottage that immediately felt like it belonged, but without resorting to mimicry. 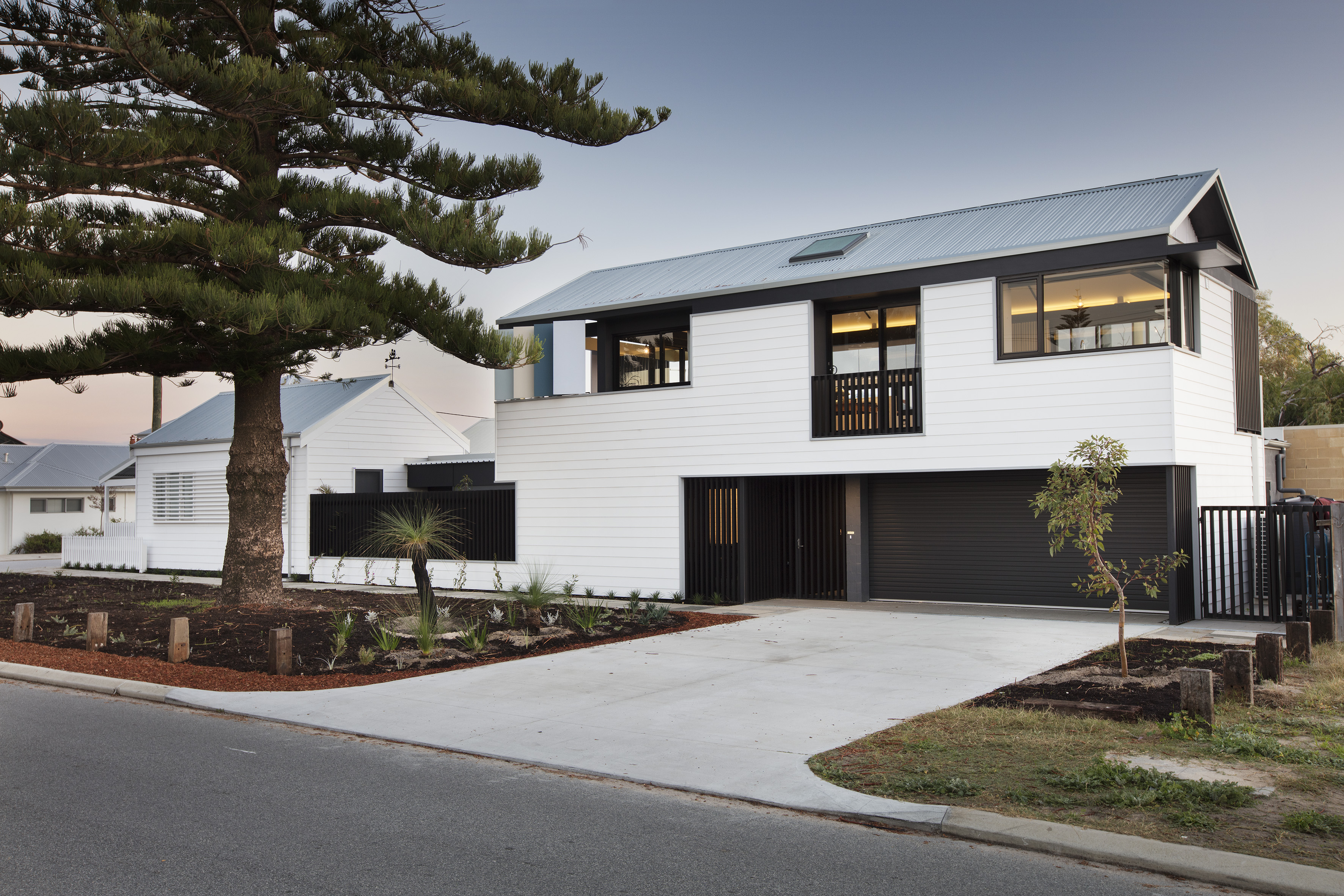 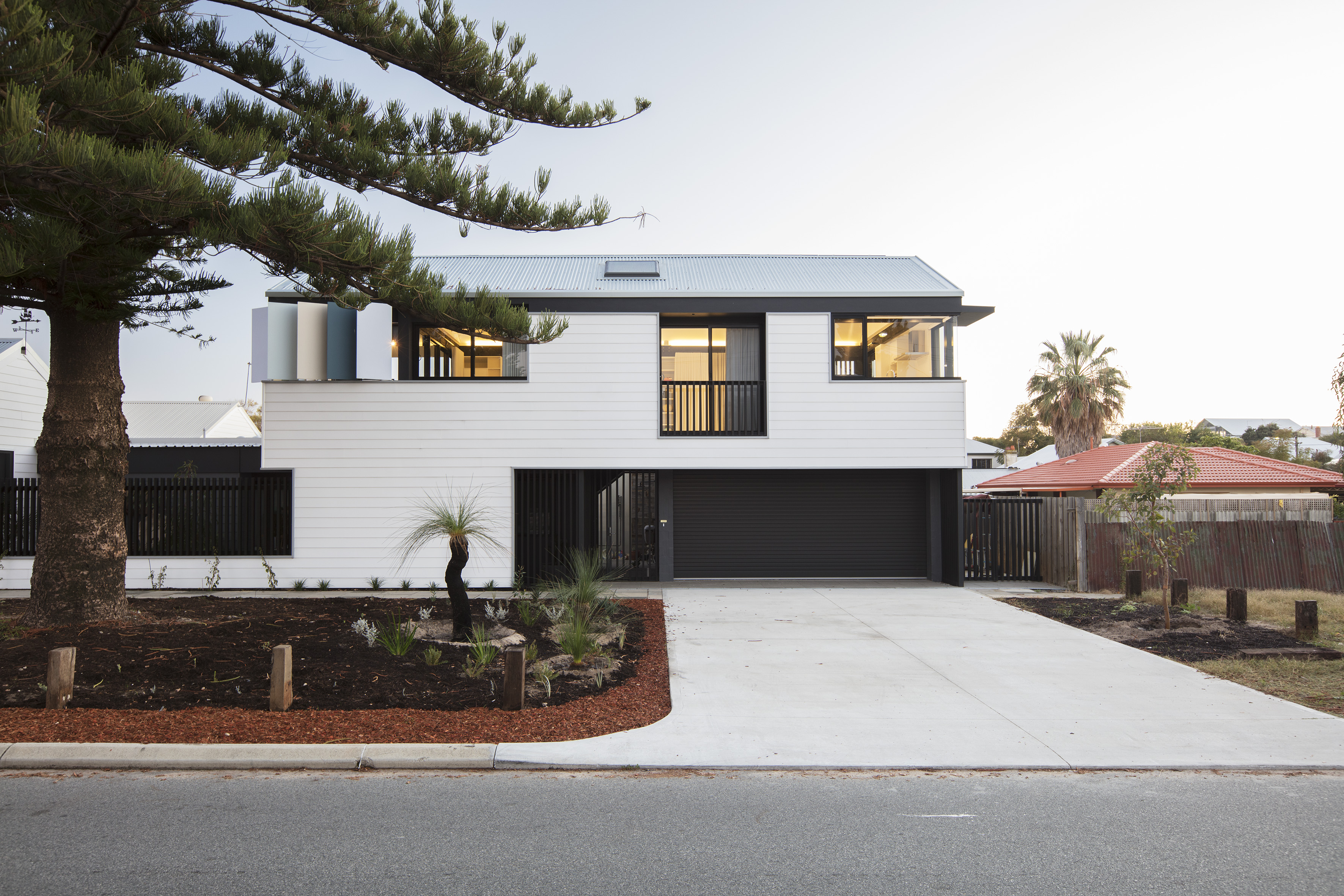 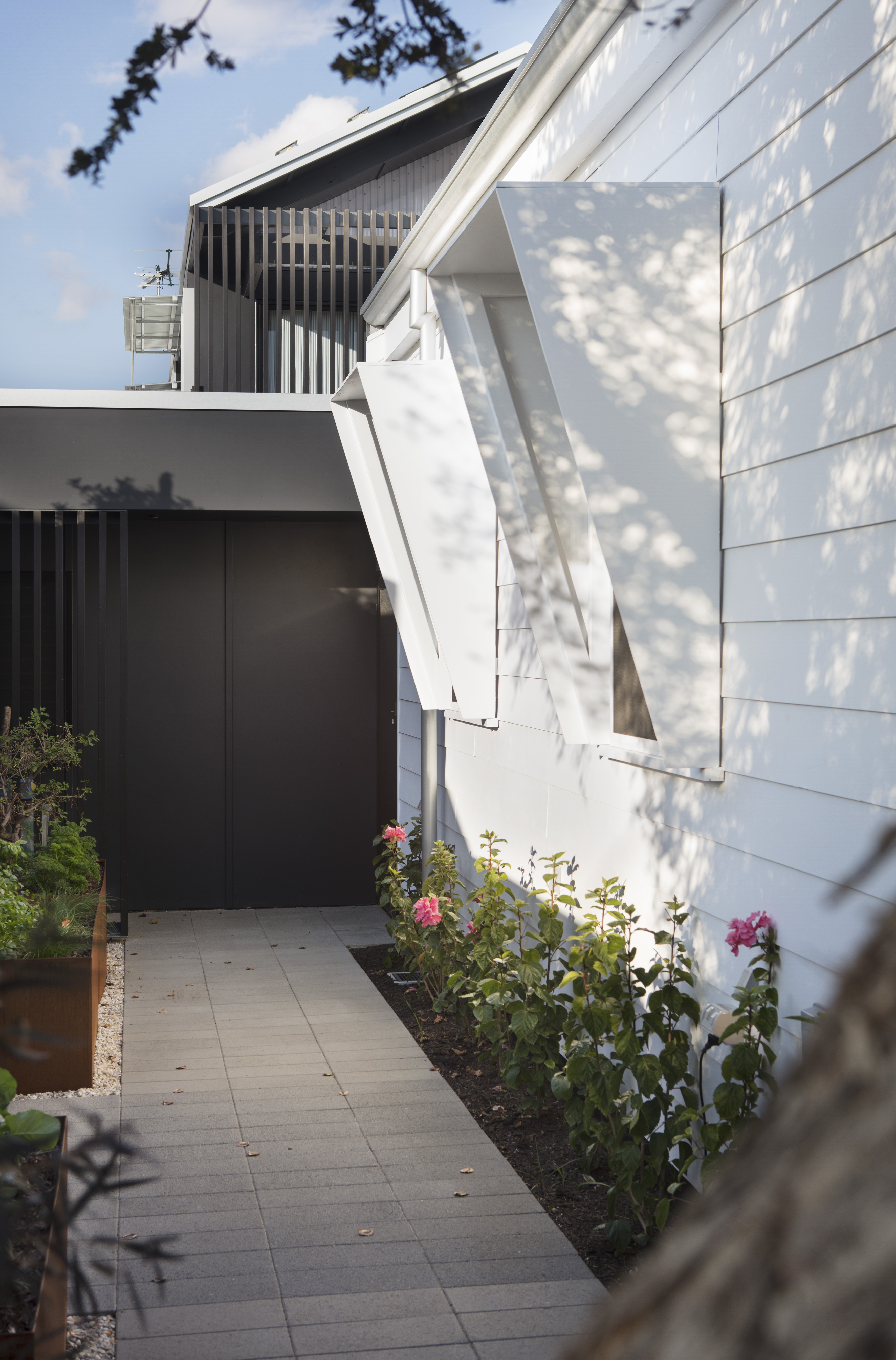 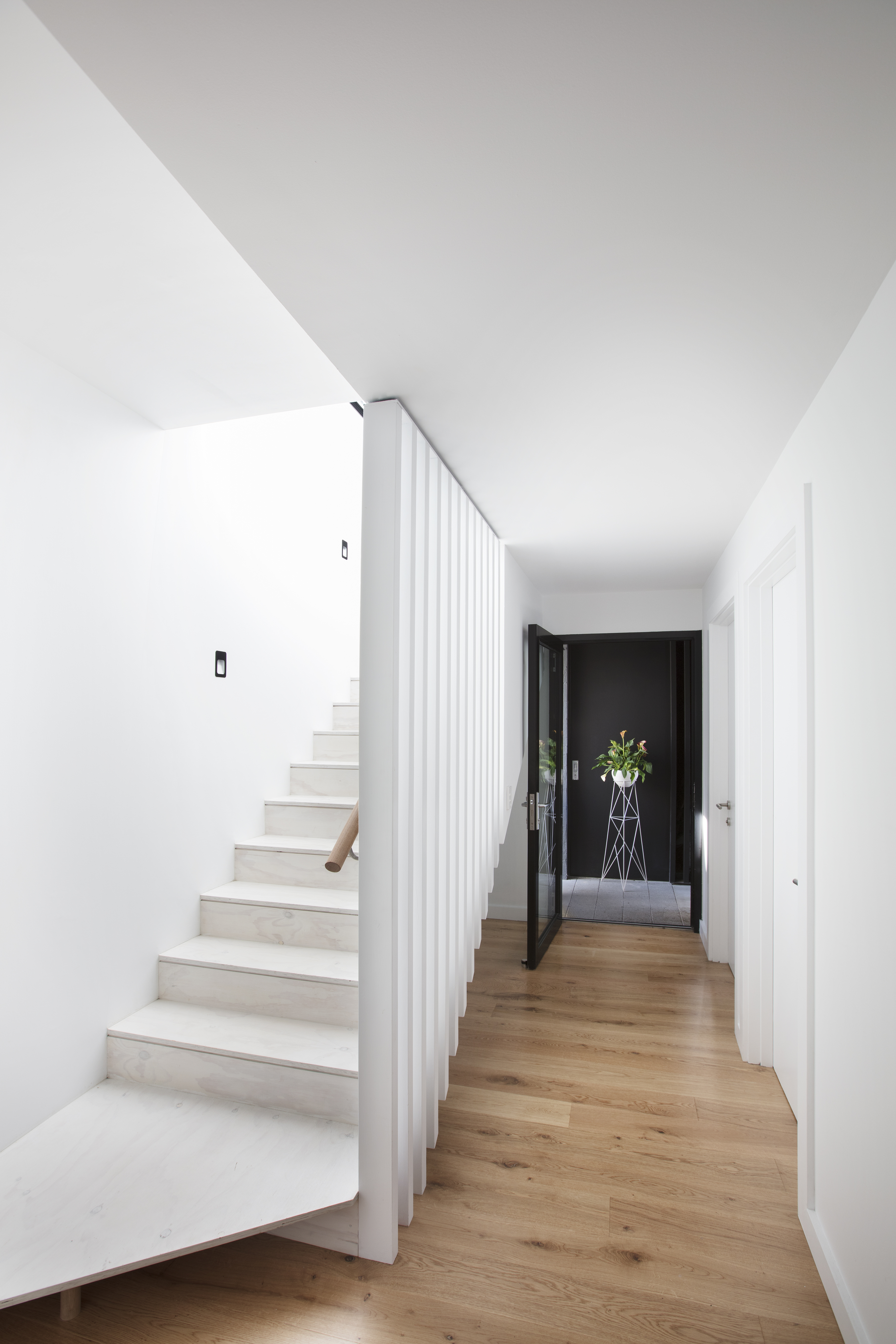 The new sibling sits directly behind the original cottage. The living areas are raised on a podium of bedrooms and garage to take in the views and capture the sea breezes. The pitched roof and weatherboard cladding match the original home: it shares the same eaveless profile, with punched out windows and that quintessential house form. But in order to improve the performace and comfort of the new home, the perimeter wall is thickened in the addition, providing space for storage, creating overhangs for the windows and even incorporating balcony space. 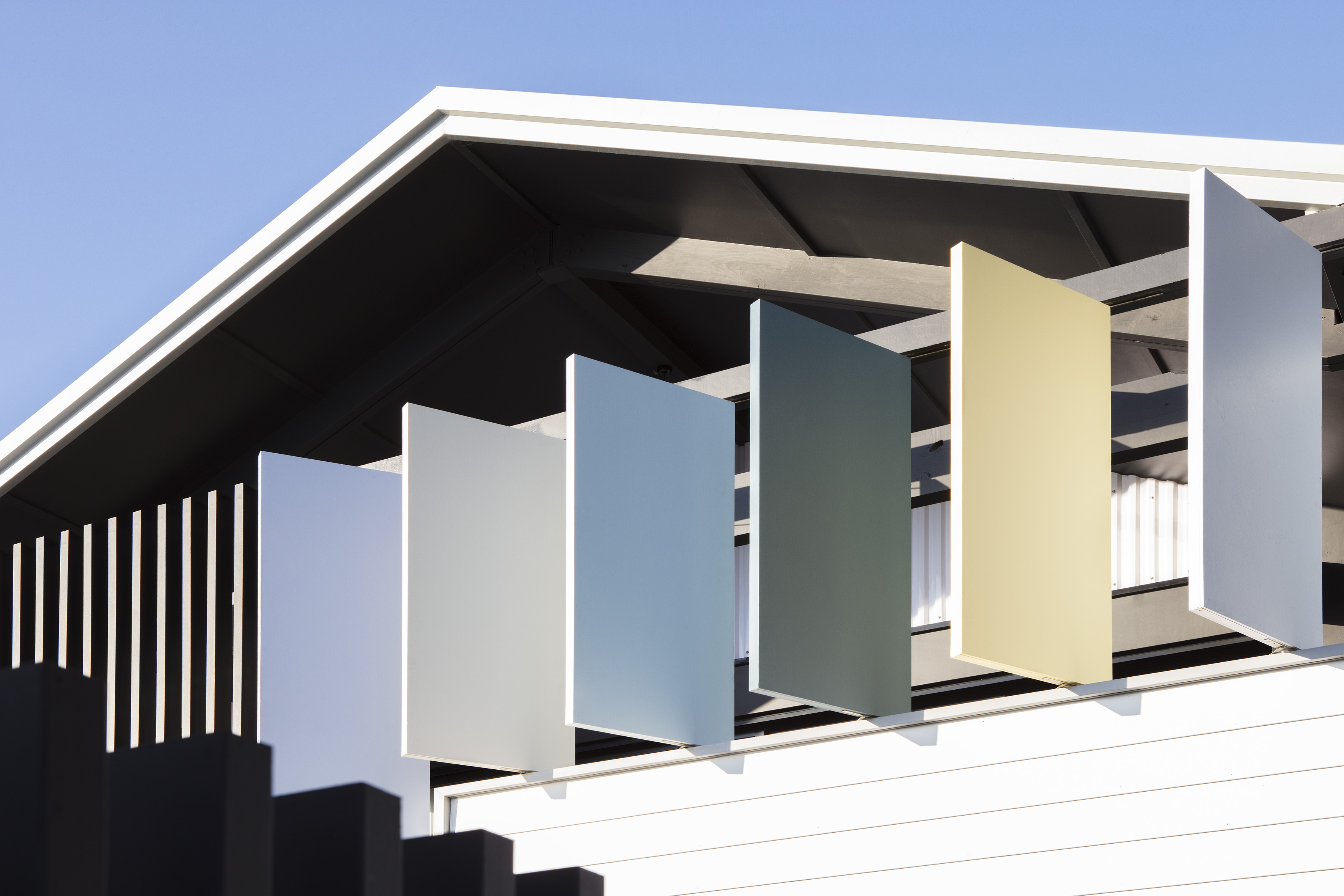 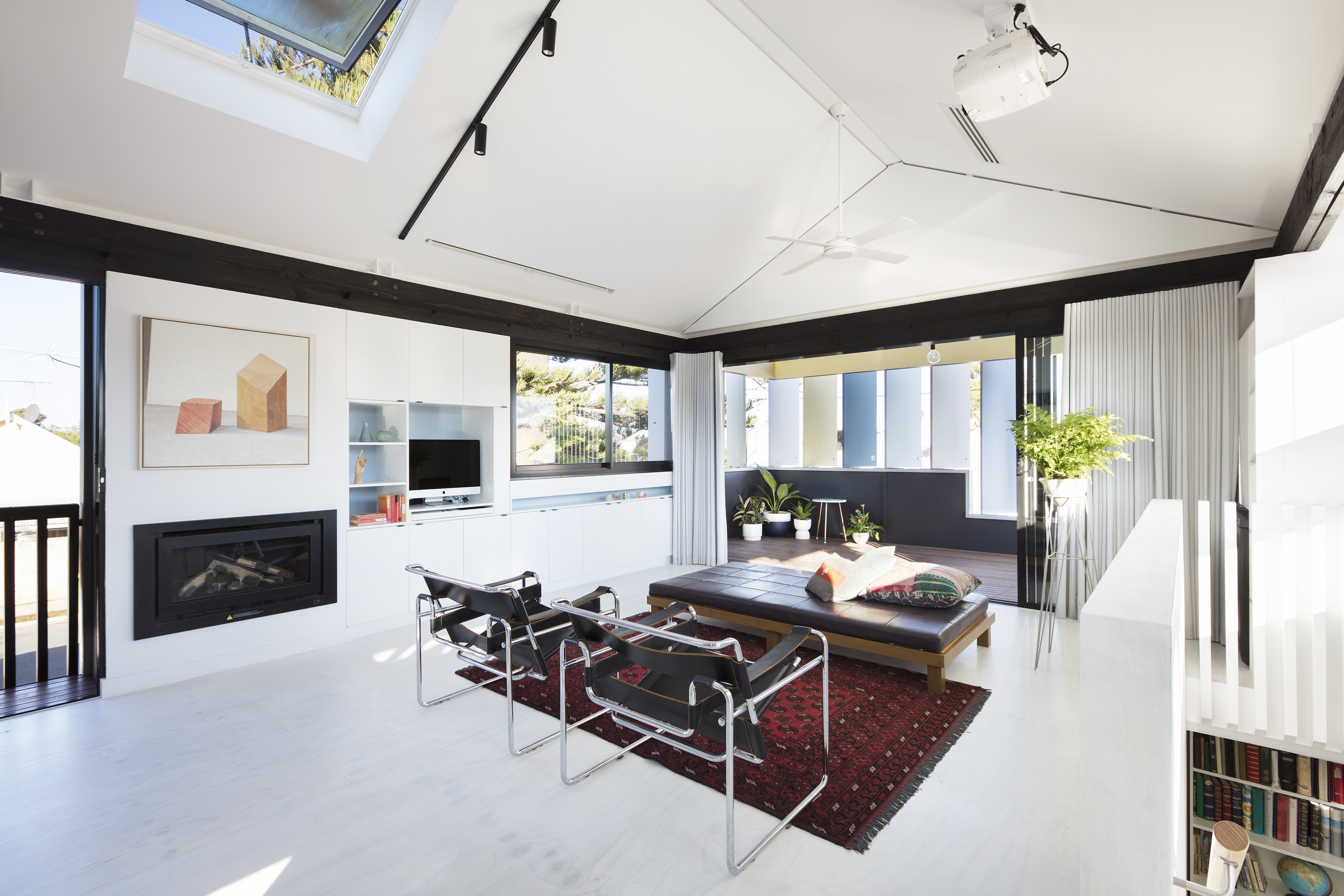 The reinterpretation of that classic style means Parmelia Street House is an instant local, blending into the neighbourhood of cottages and laid-back beach shacks, but in a thoroughly modern way. The addition frames views of the Norfolk Pine on the nature strip and shutters painted in "winter ocean colours" which can open the house to breezes and light or close down for privacy. 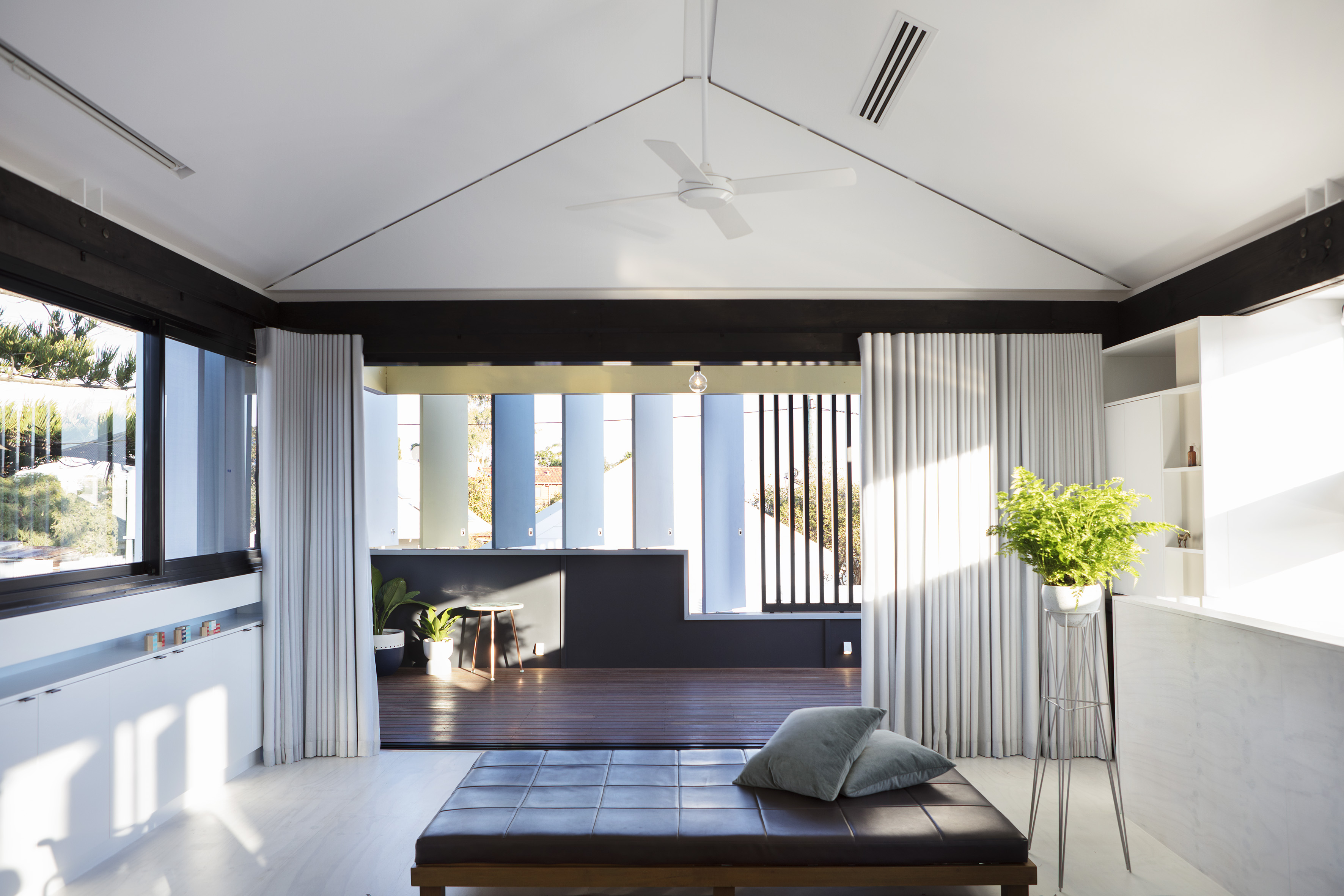 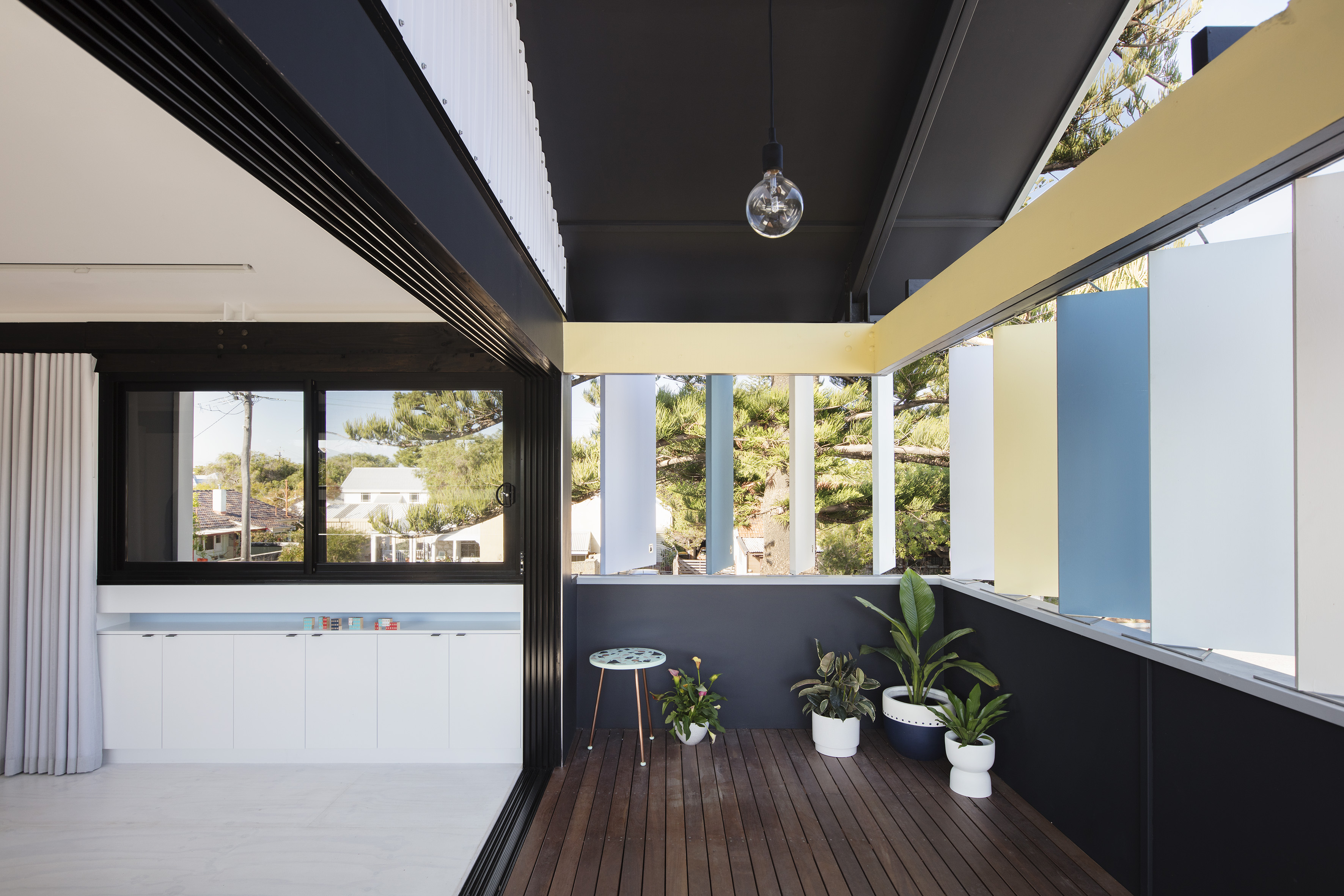 A corner window in the kitchen takes in beautiful views of the neighbourhood while sliding doors allow the home to open seamlessly onto the balcony. 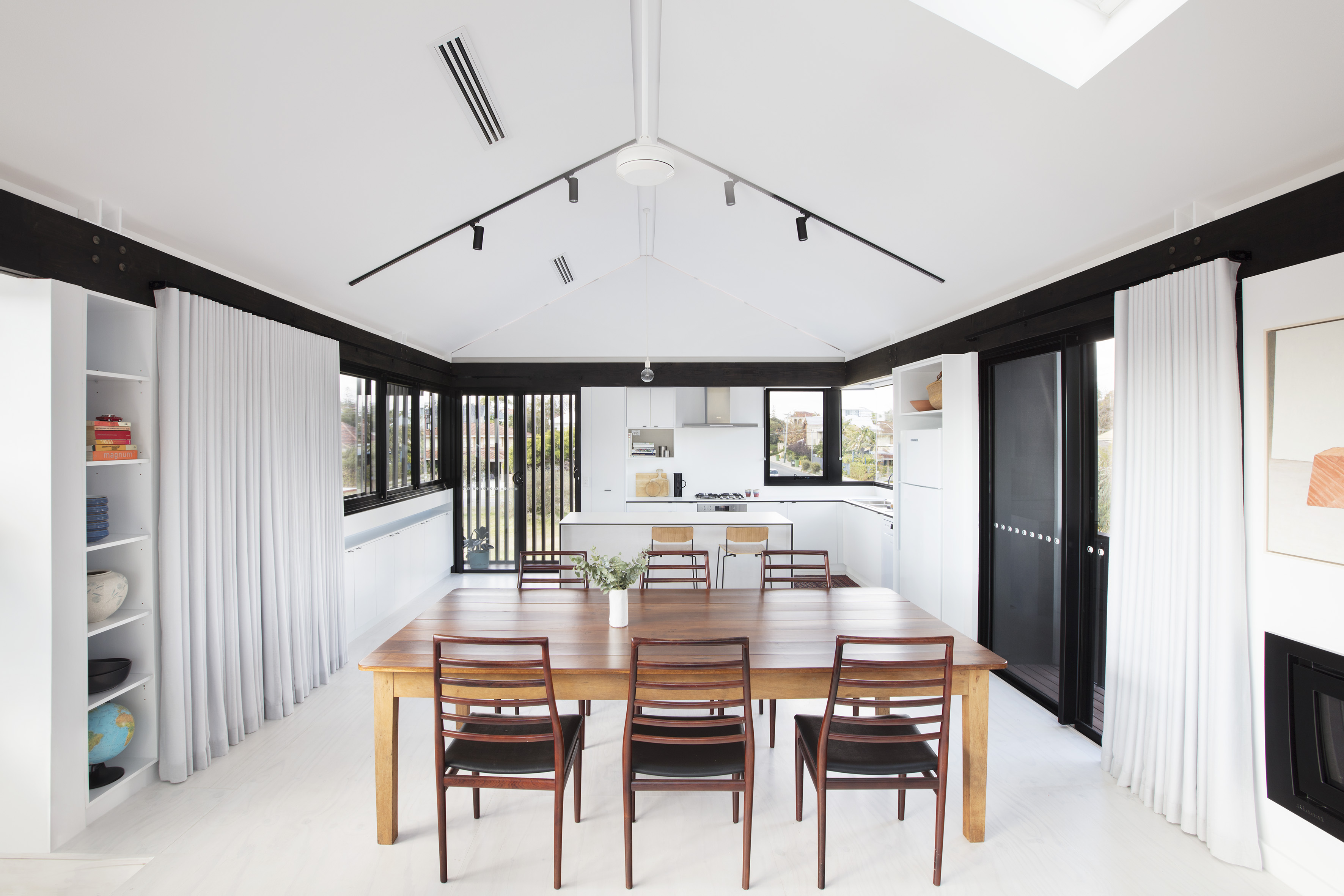 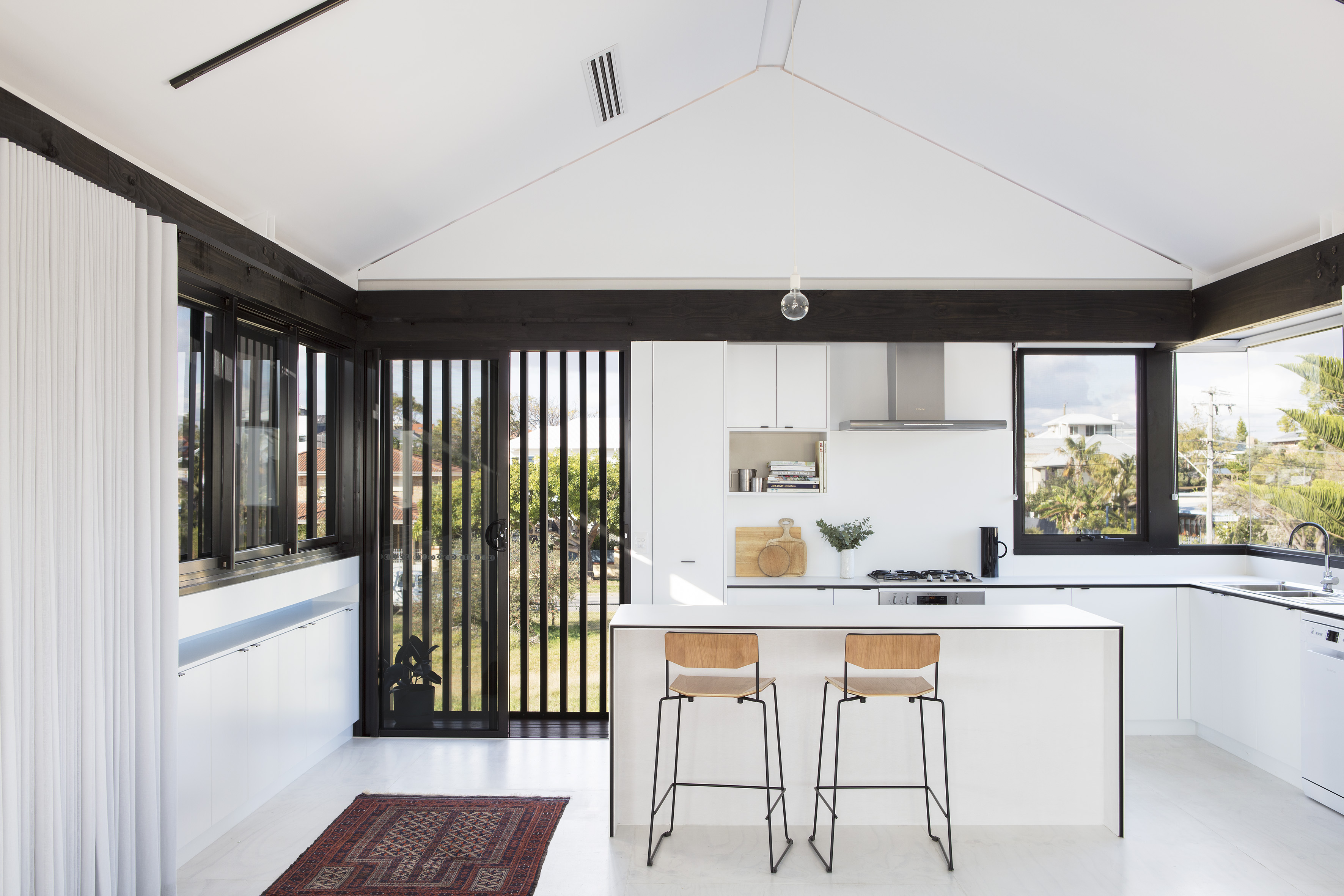 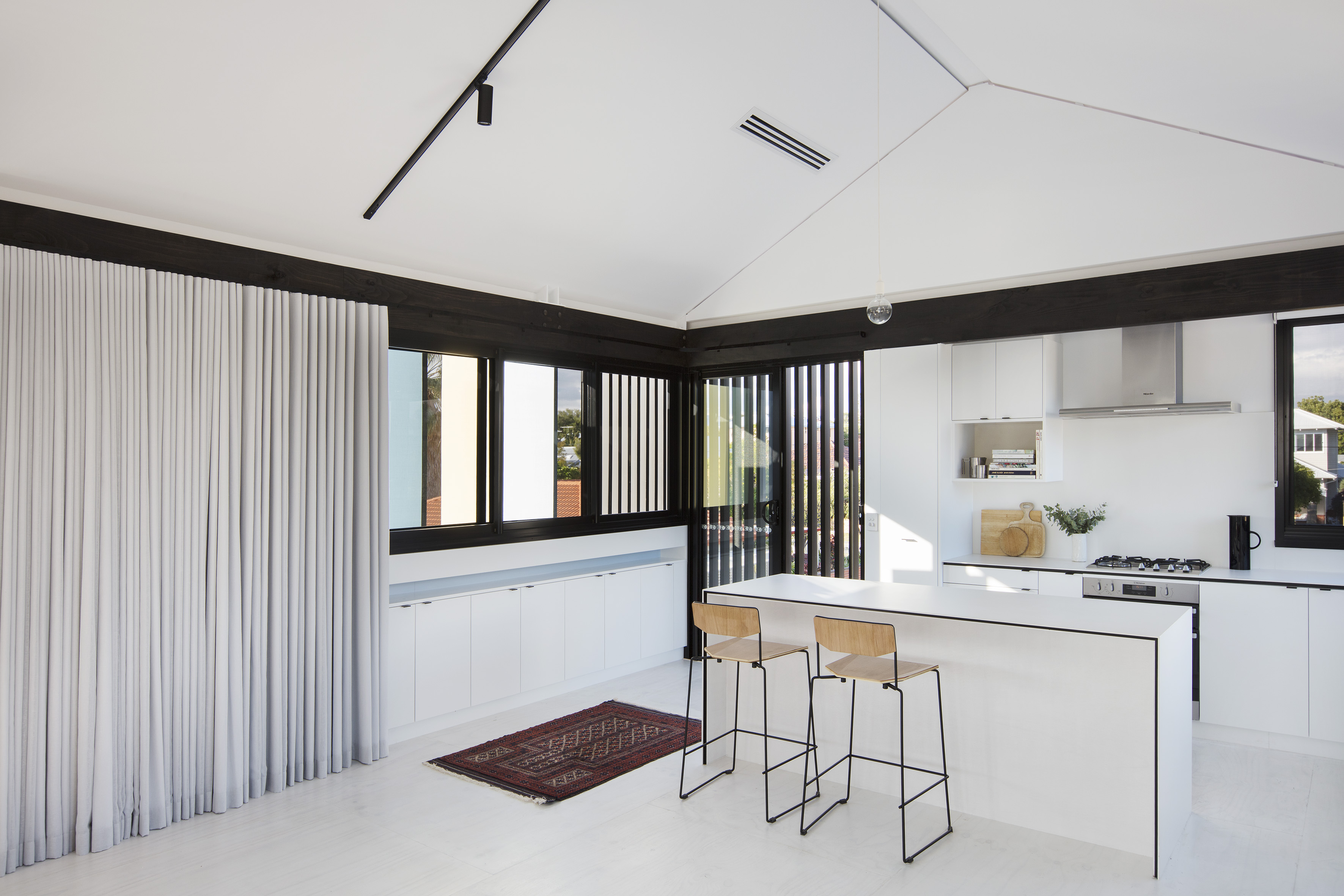 Other parts of the design allow Richard and Gillian to age in place: they have the opportunity to rent out the front part of the home on Airbnb if they wish and a stair-lift can be accommodated in the future. 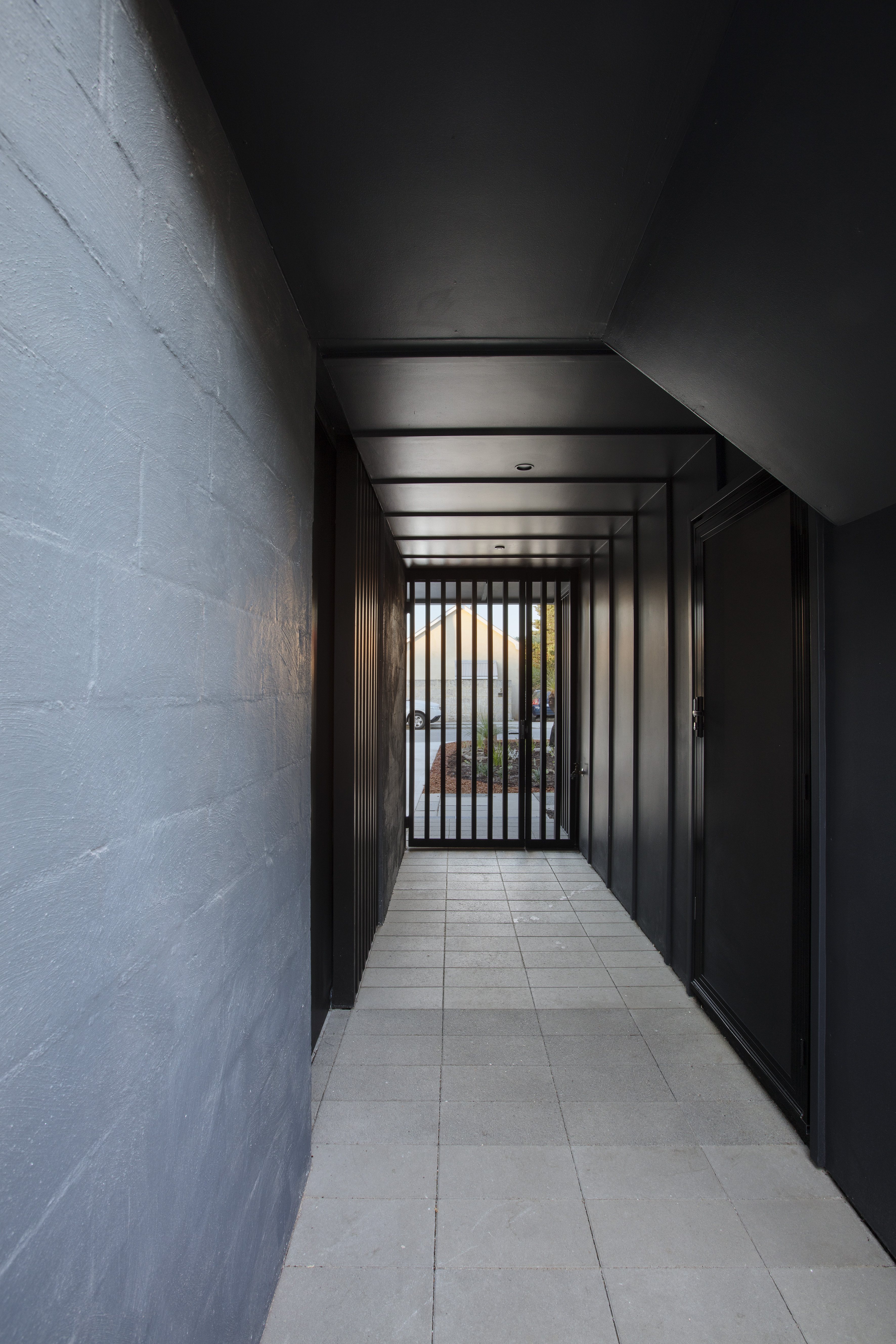 By reinterpreting the original cottage rather than copying it, Philip Stejskal Architecture was able to retain the essence of the cottage's sentimental value in the new addition and help it fit seamlessly into the neighbourhood while improving the comfort and thermal performance of the new home.

Tell us what you love about Parmelia Street House...