Rather Than Removing an Existing Addition, They Reimagined It Instead

This Edwardian home had been extended in the '90s. It would have been easy to remove the dated addition and start from scratch, but is this the best response? Bryant Alsop Architects quickly realised there was an alternative... 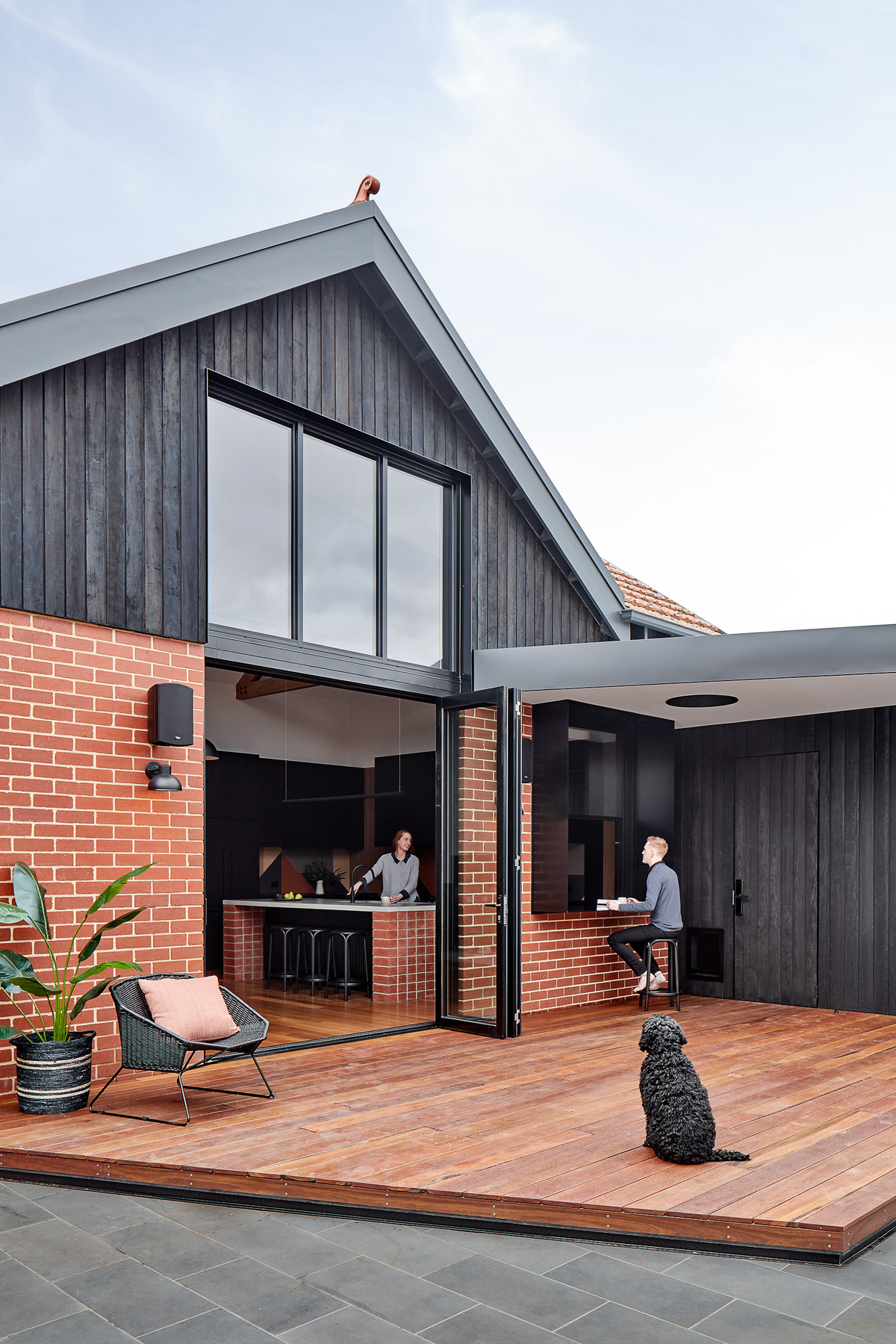 While the '90s addition was as dated as double denim, it had strong bones. As tempting as demolishing and starting afresh was, it made more economic and environmental sense to keep the addition and reimagine it instead. 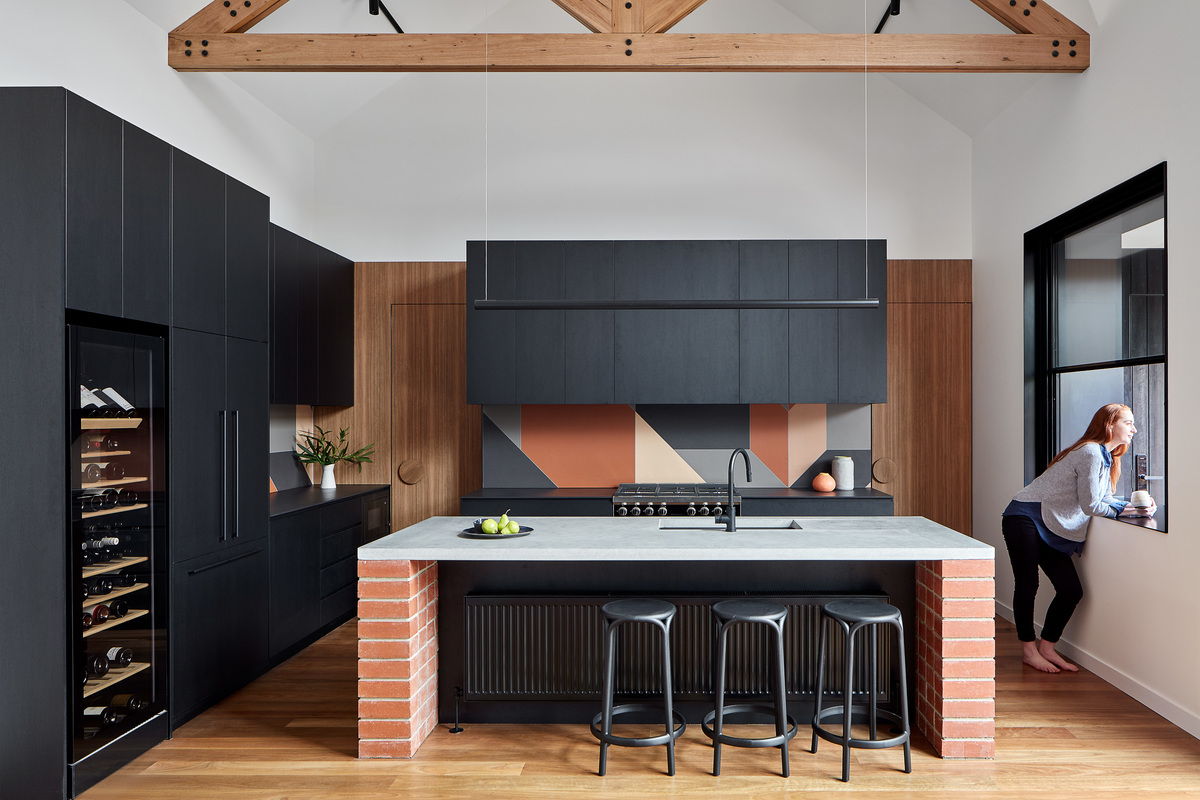 By removing a low mezzanine structure, the full volume of the addition was realised with a soaring vaulted ceiling. Exposed timber trusses were brought in to celebrate the ceiling. Similarly, a double-height window with bifold doors opening onto the deck shows off the new volume and fills the living area with light. 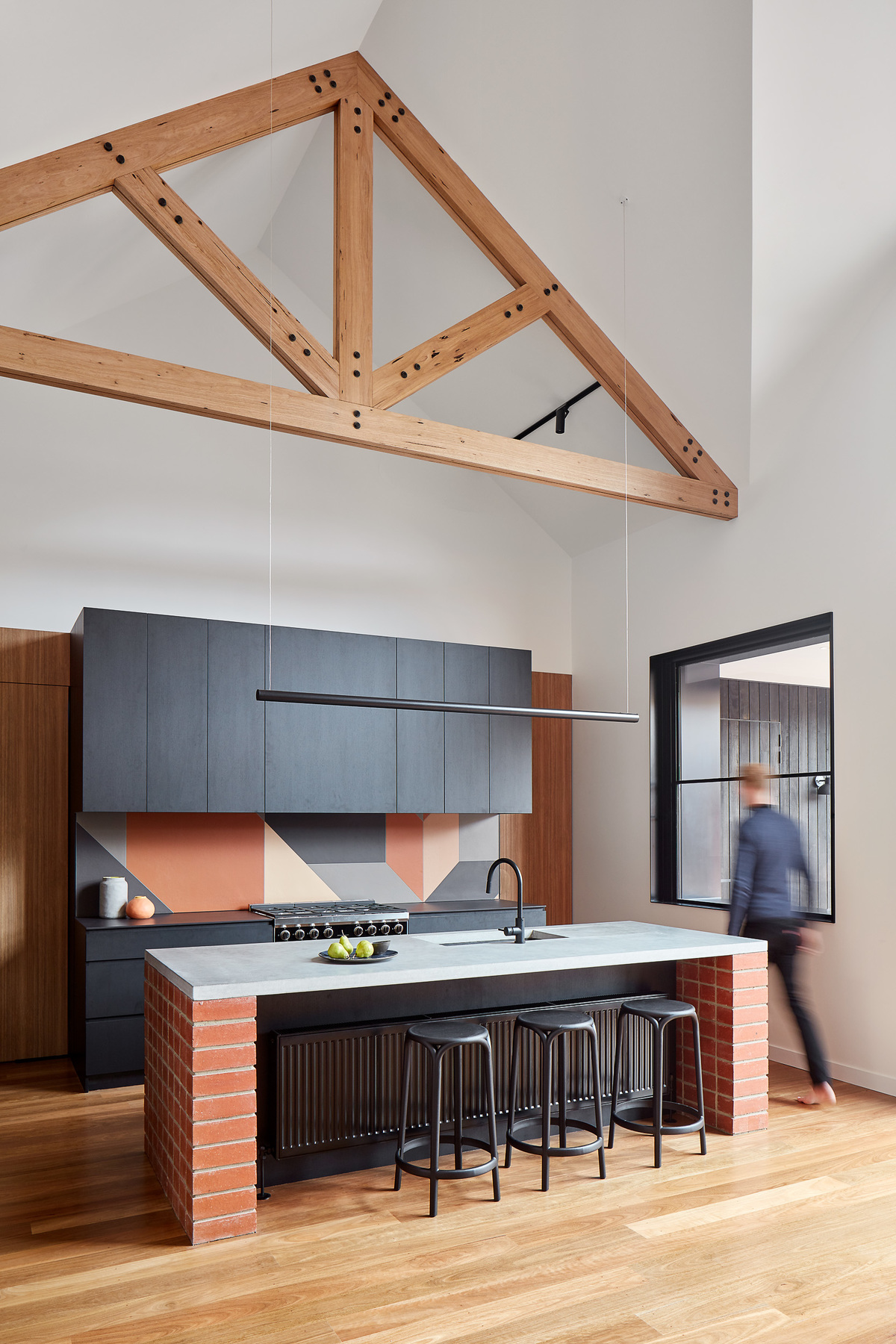 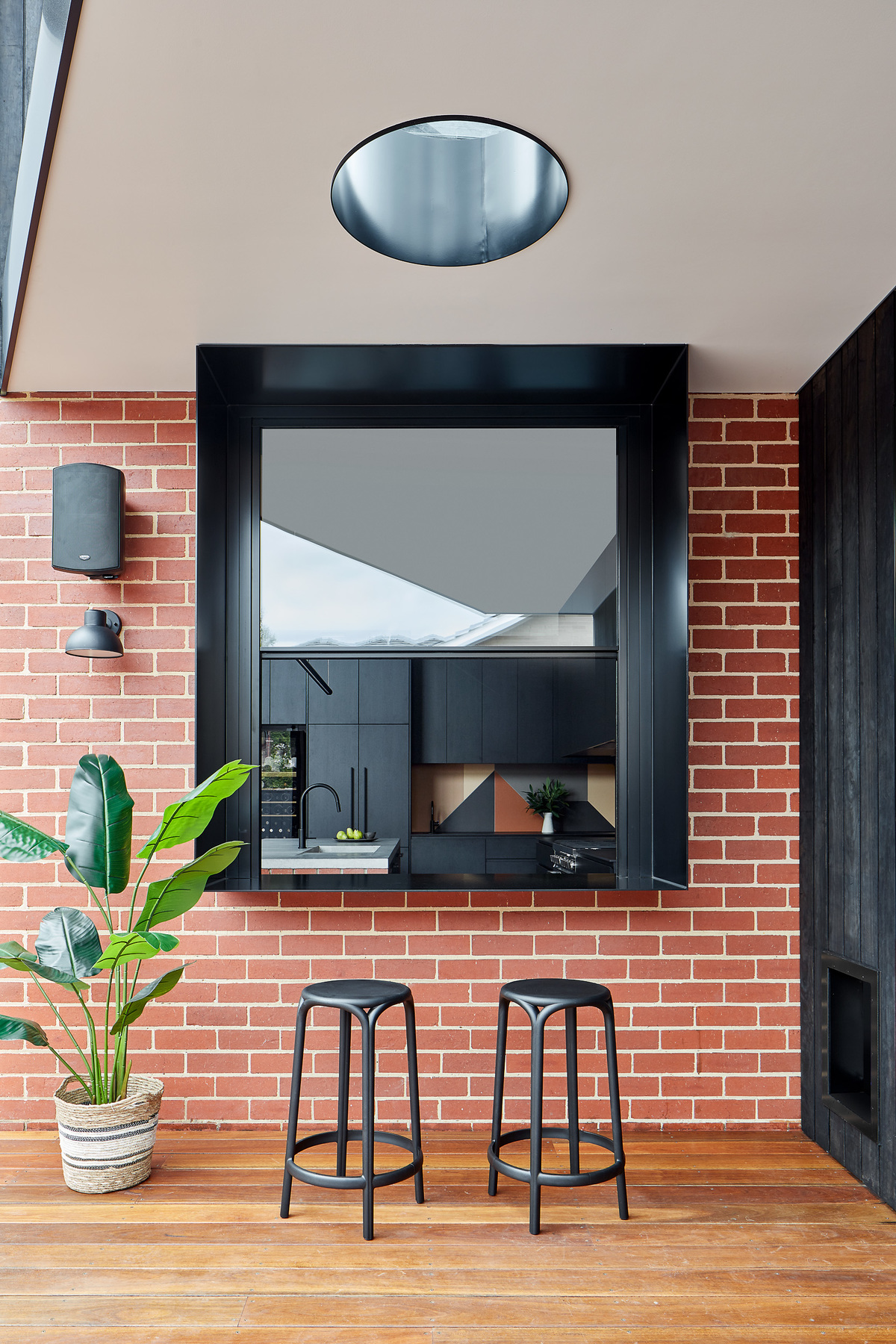 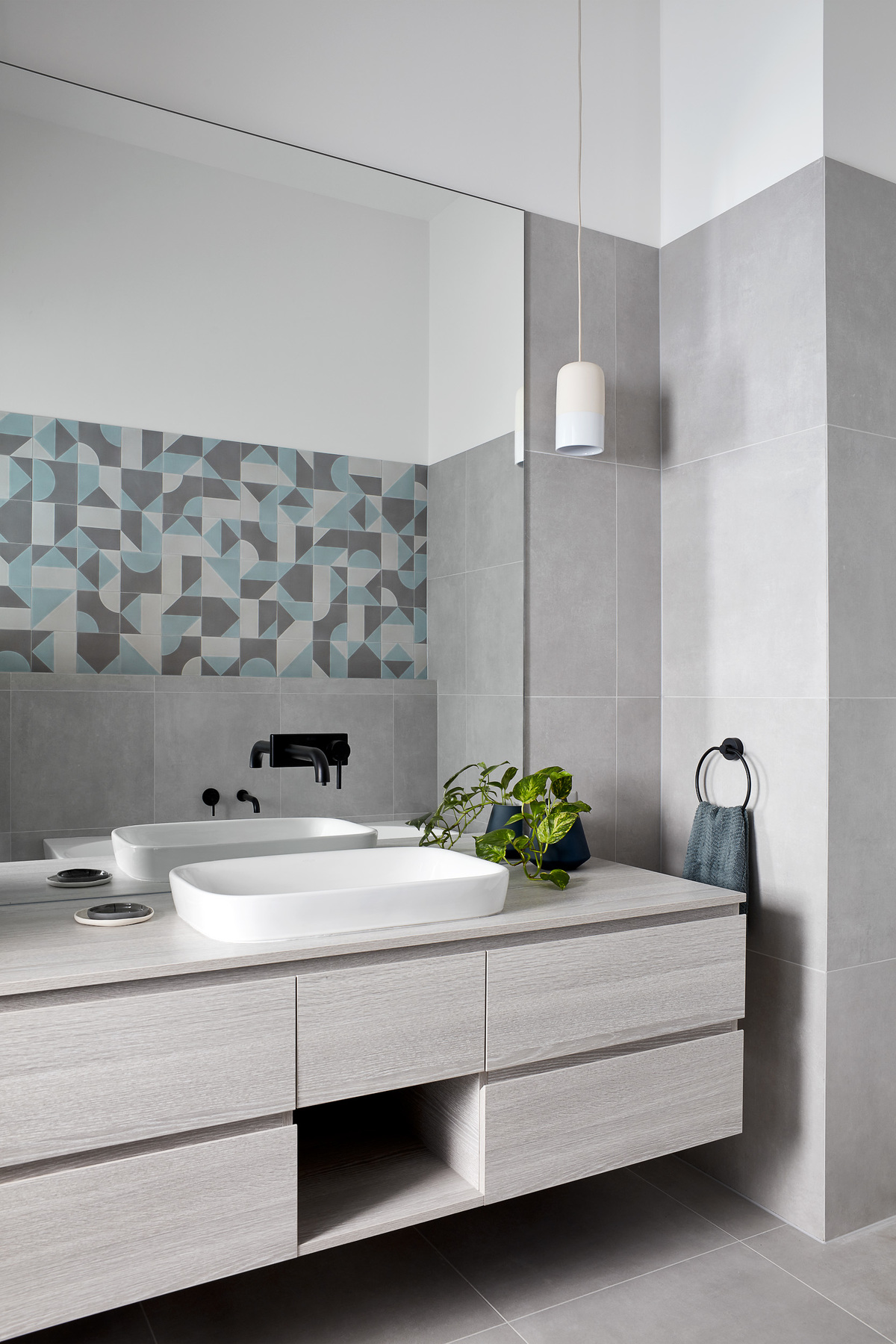 The design reworks the kitchen to create a functional modern space with a servery window opening onto a covered area of the deck. A main bedroom suite is also created at the front of the home by converting an existing room into a robe and ensuite bathroom. By reimagining the original addition, they only needed to add a 15 square metres addition on the east side of the home to house a pantry, laundry, toilet and storage space. 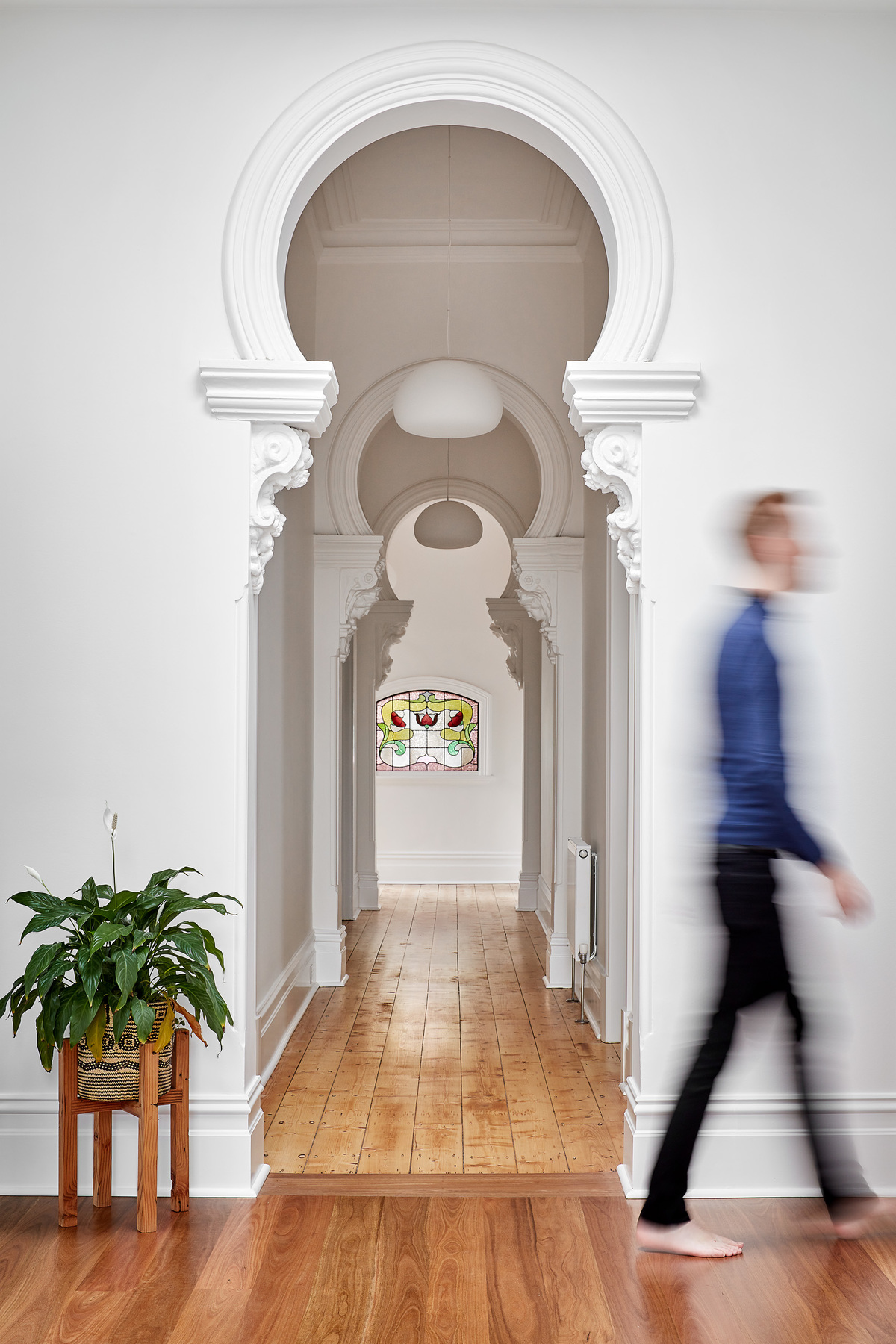 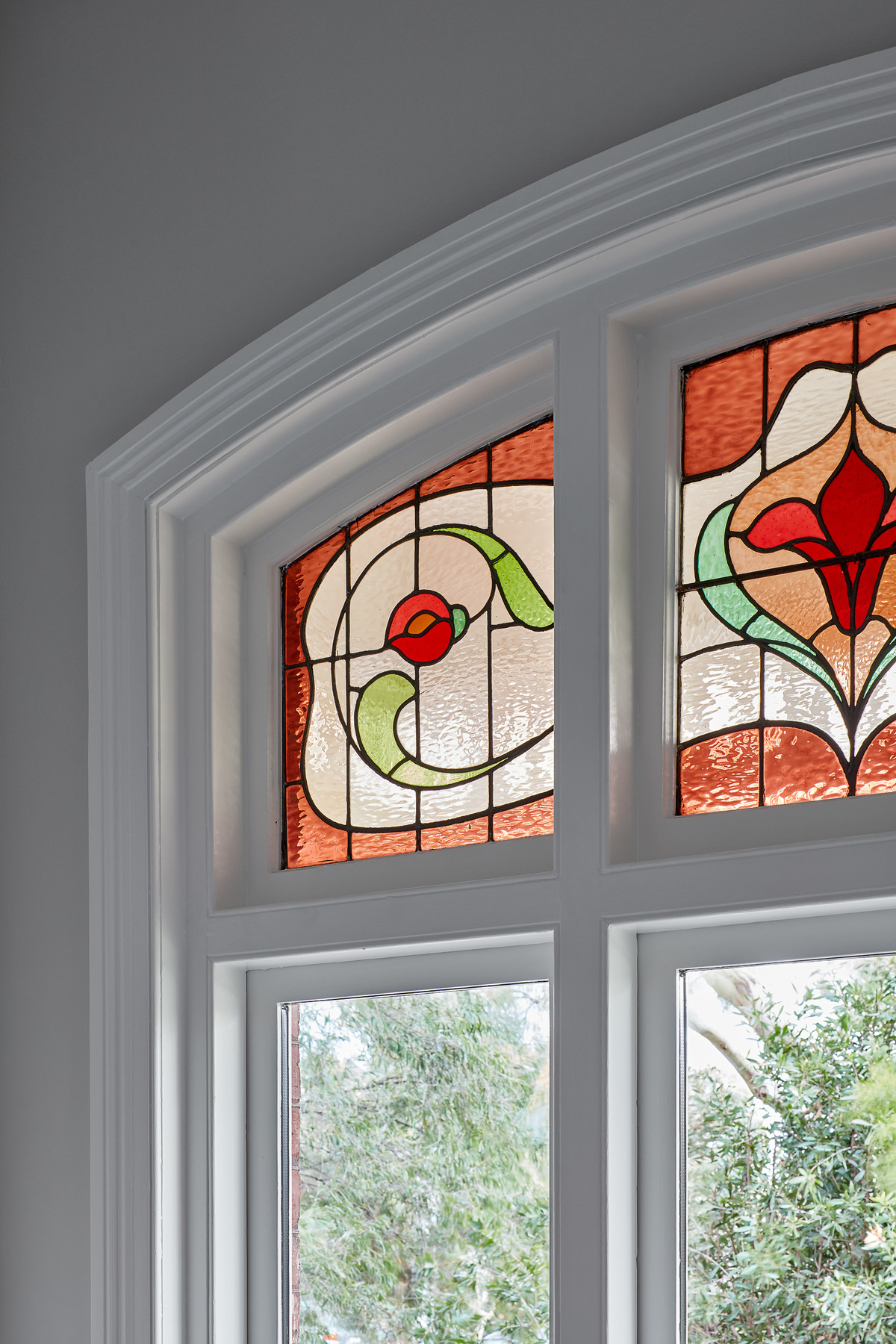 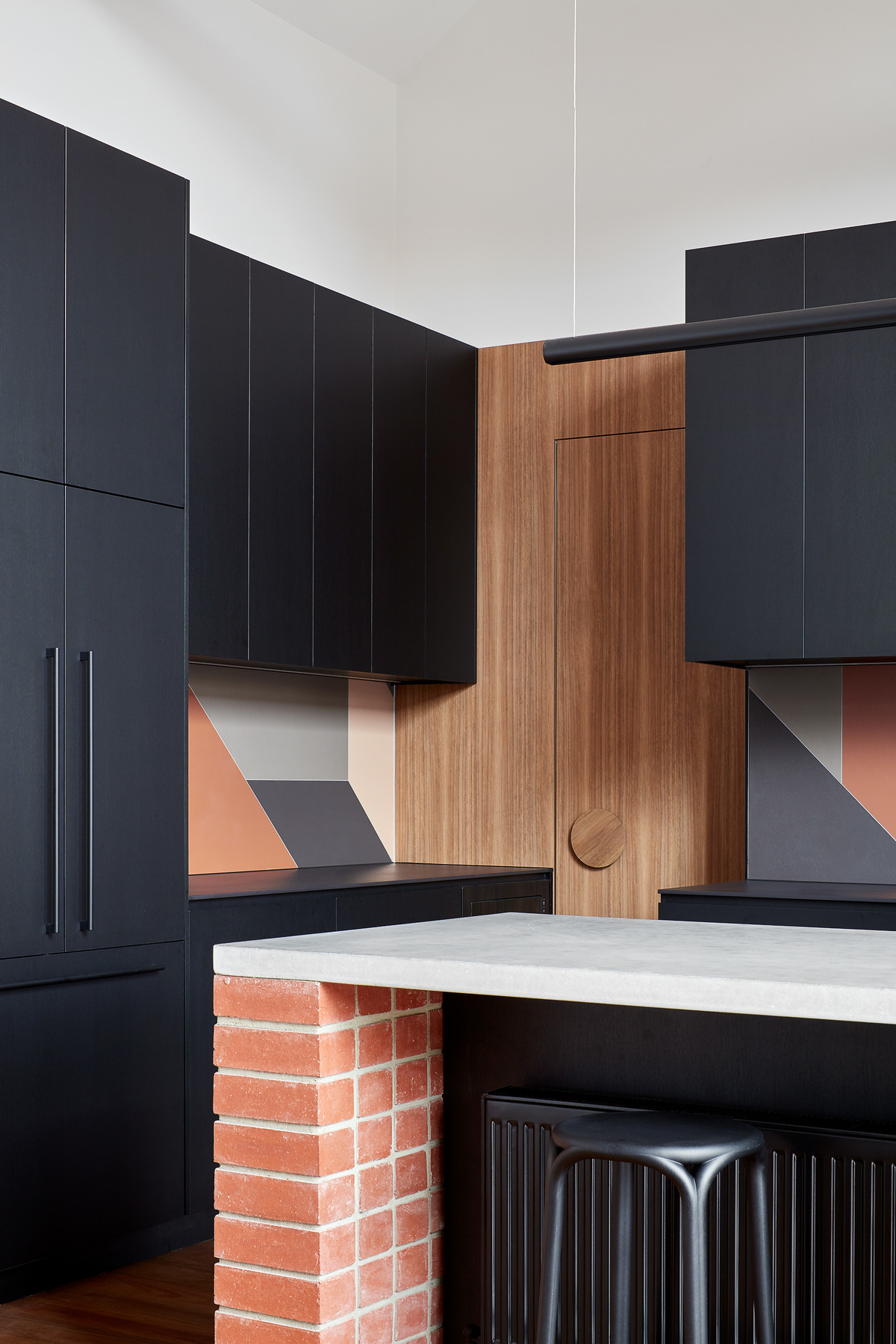 Colour, pattern and texture of the materials are inspired by the period home, including embracing the existing red brick. The curves of the elaborate original archway are reflected in circular door handles and even a skylight over the deck while the kitchen splashback and tiles in the bathroom a modern take on the rich patterns of Edwardian architecture. There was "a clear directive from the owners that finishes needed to be durable and suitable for real family life", so the bricks, tiles and timber selected are robust and beautiful. 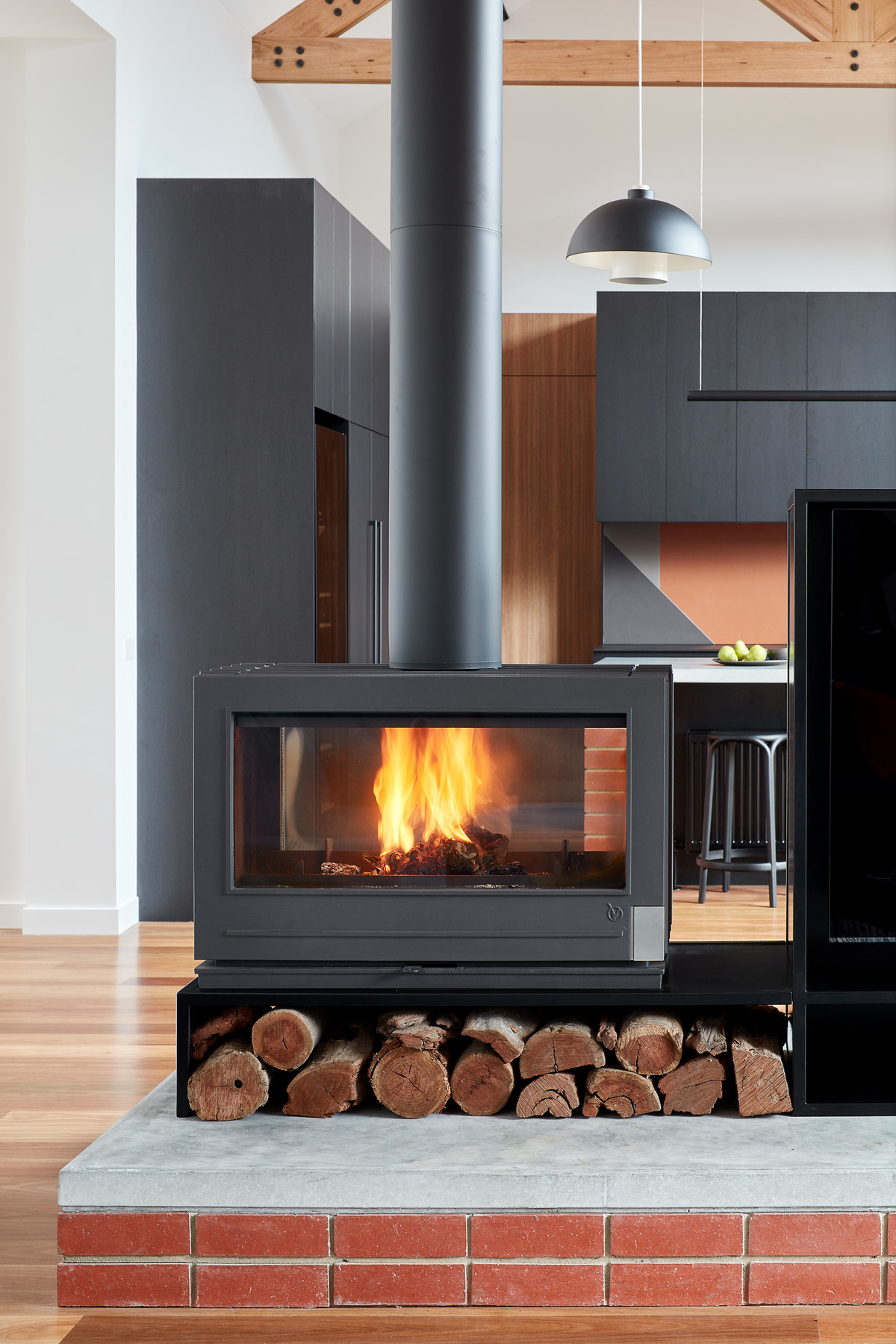 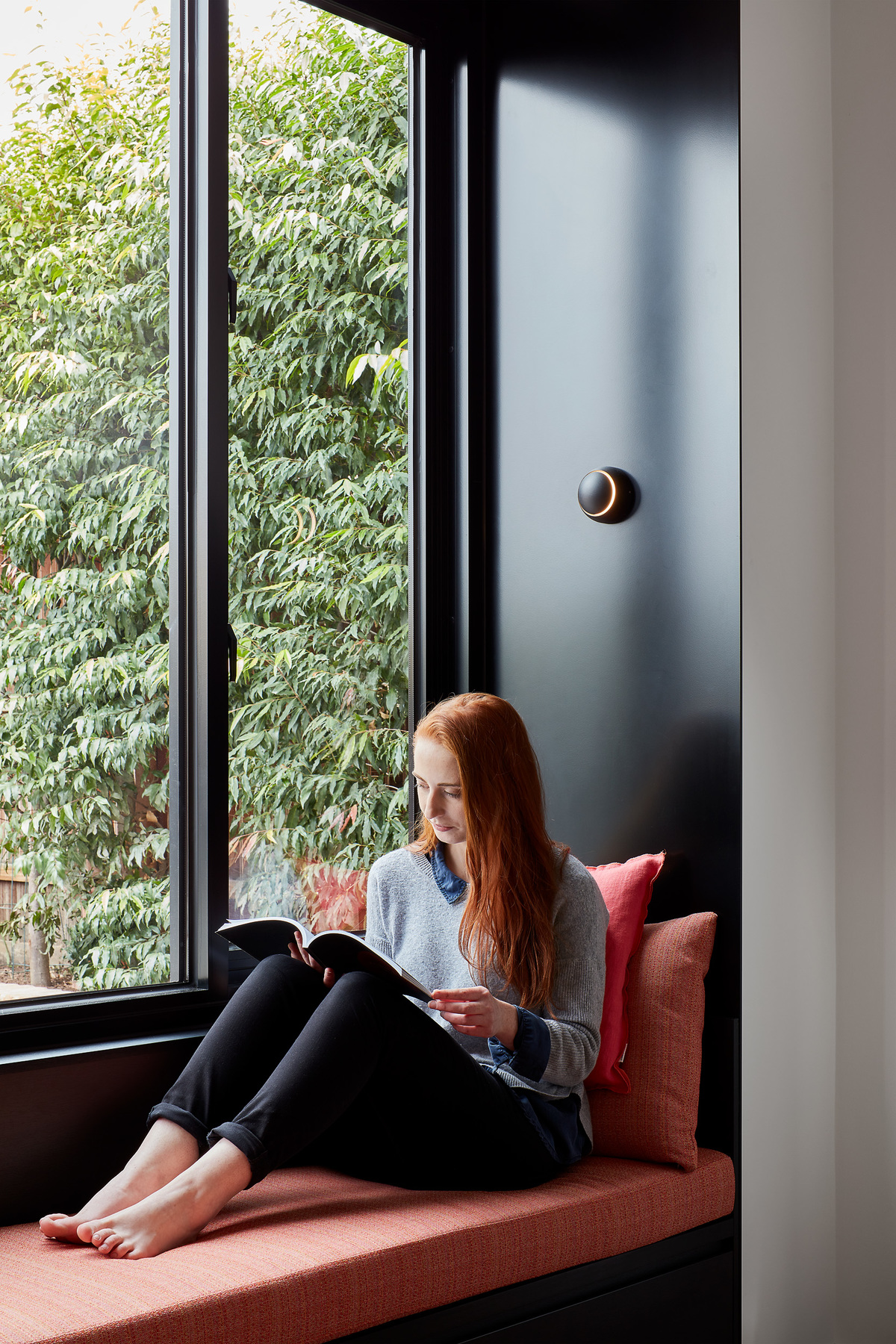 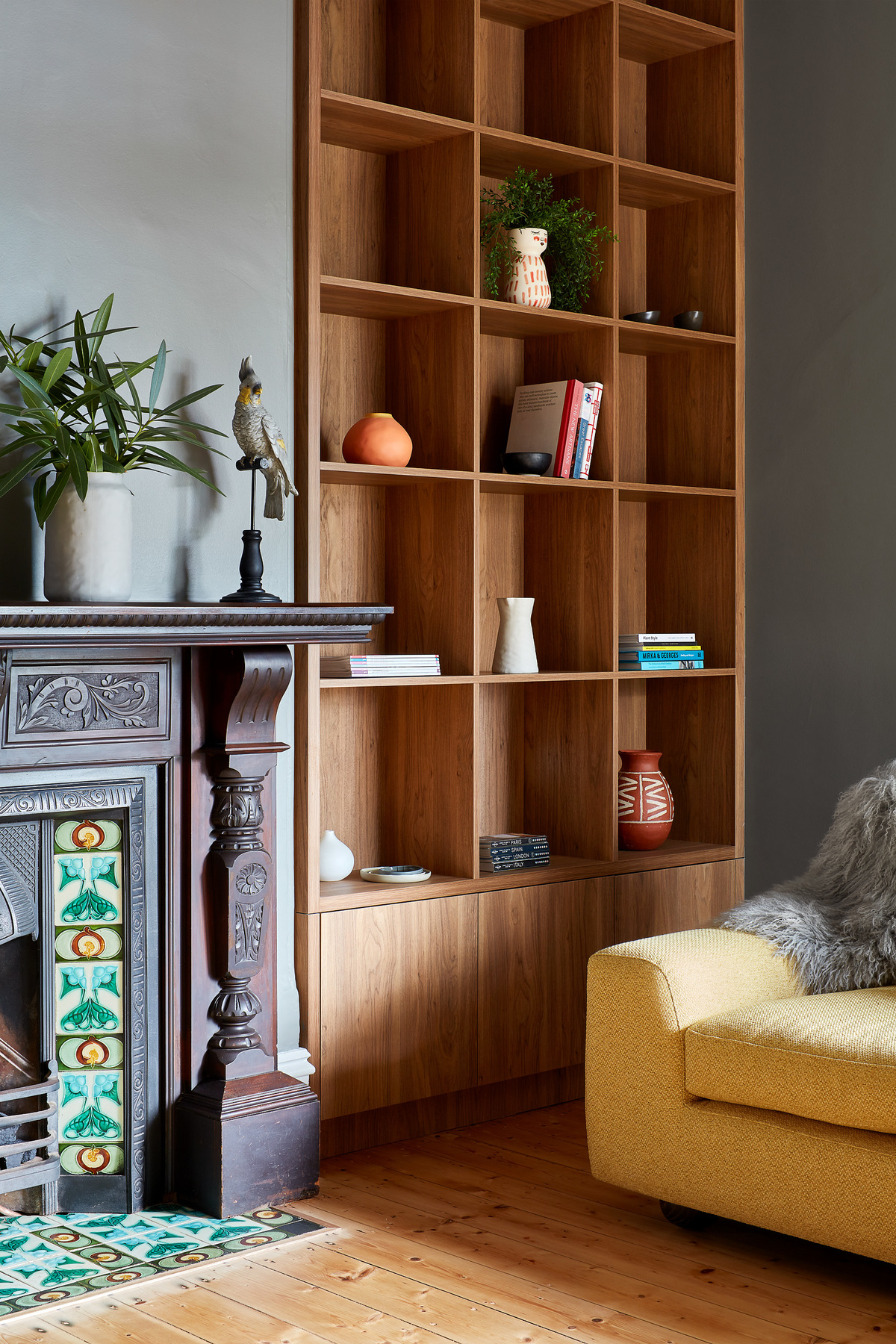 By reimagining the way this existing addition functioned they were able to transform this home, adding only 15 square metres in total but the transformation is much greater than that. In this case, reworking what was already there meant resources could be poured into making the most of what they already had rather than starting from scratch with a new addition. The result is a home of high-quality finishes that brings a fresh and modern vibe and loads of functionality to this old home.

Tell us what you love about Pine House...