Renovators are often reluctant to move bathrooms and kitchens because of the perceived cost. It's true that it costs extra to move these spaces as there is additional plumbing and electrical work involved. But, depending on your home, moving the unmovable might be the best decision you'll make - especially if you're dealing with a small space like Architect Renjie Teoh in this project for himself, Rosebank Renovations... 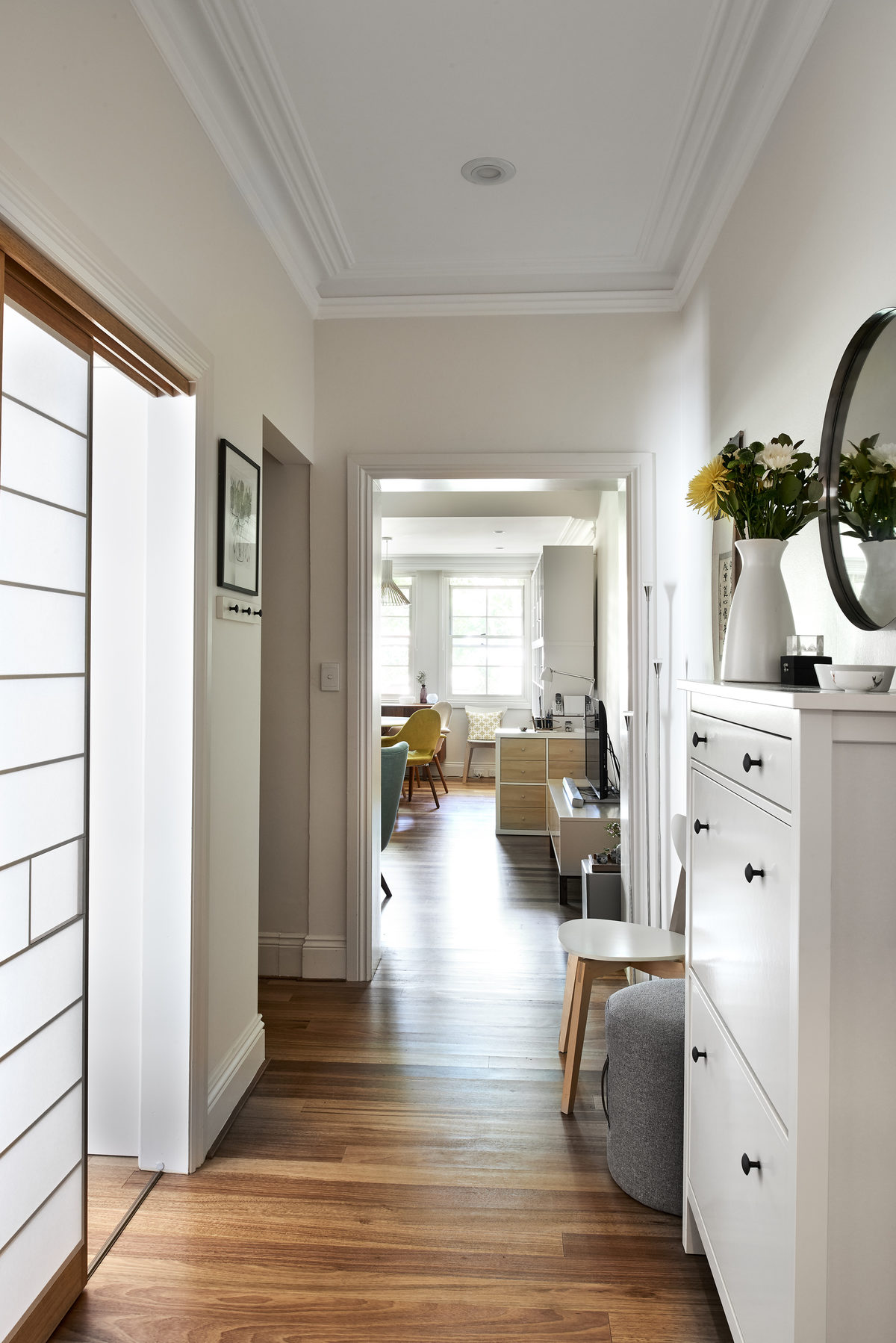 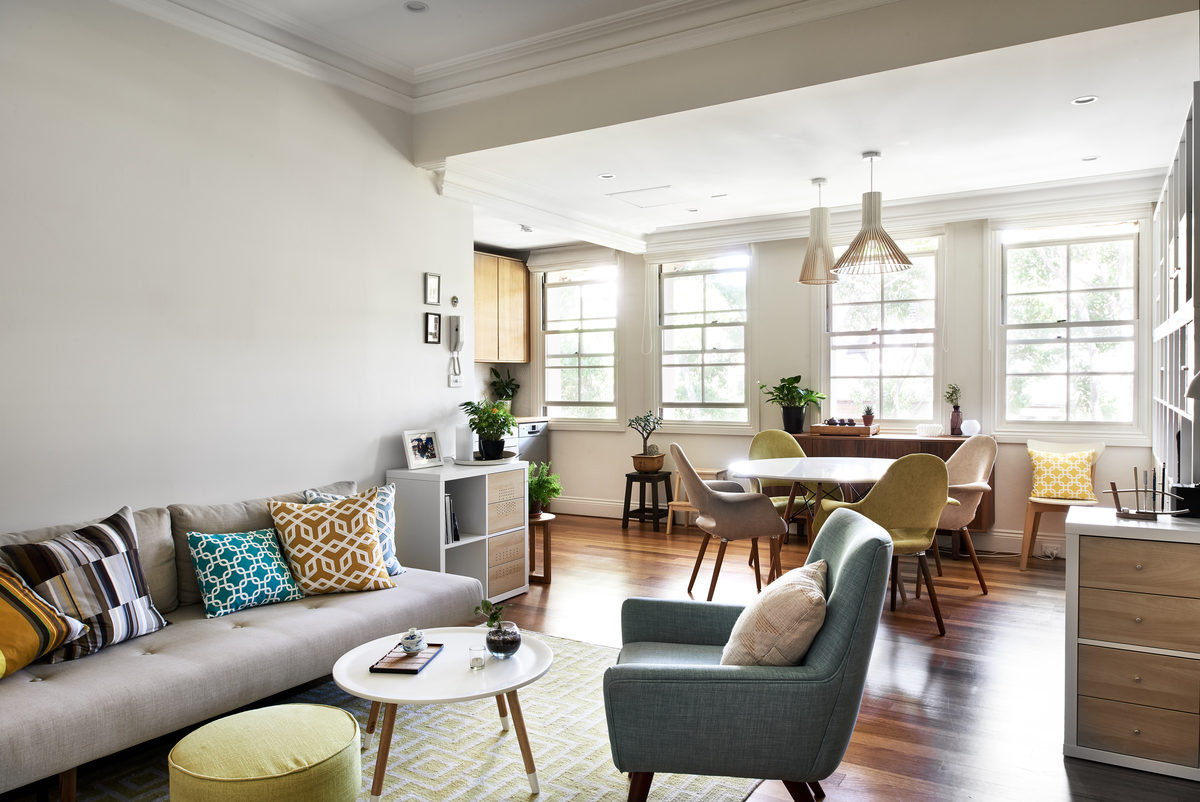 Set in an old, Regency-style apartment building, this home had seen some history. Following WWII it became an inner-city slum. By the 1970s it had been transformed into a boutique hotel. Then in the 1990s, it was changed back into apartments. With these layers of history, Architect Renjie Teoh was nervous about what he might uncover during the renovations. Fortunately, he "discovered nothing of great heritage significance that would have otherwise stopped all work". 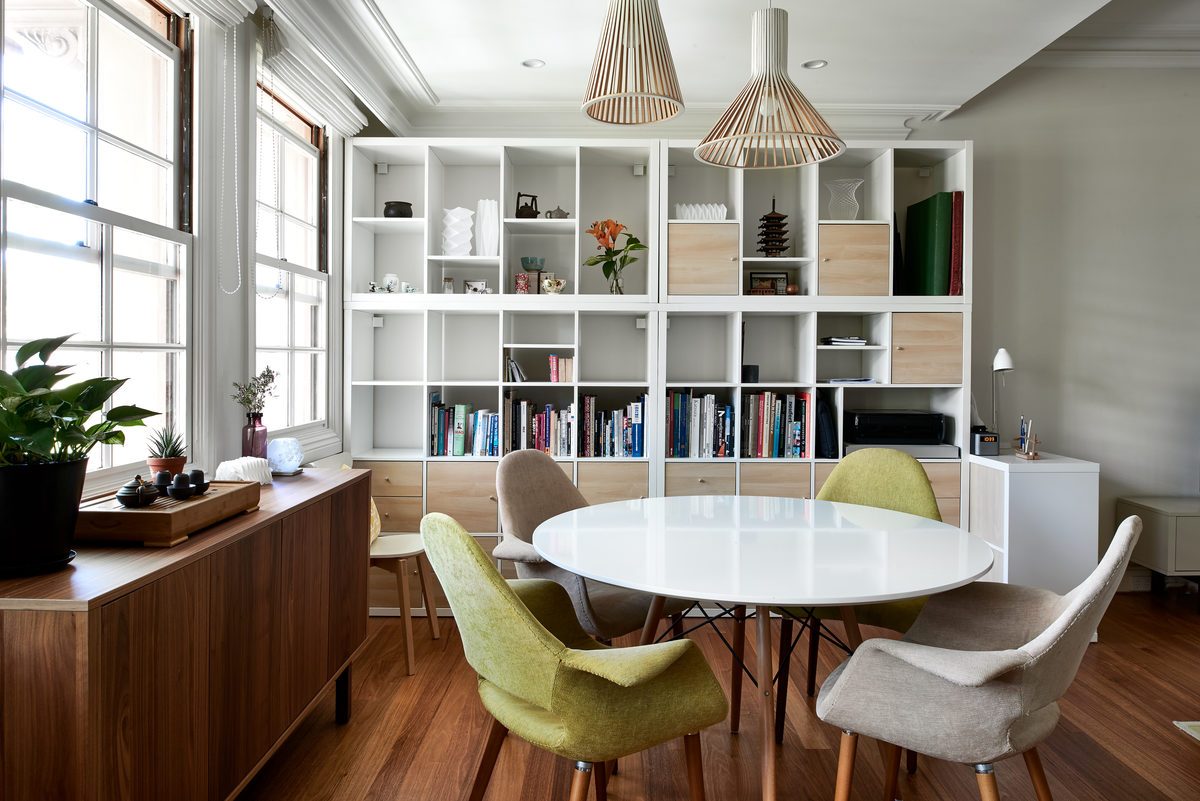 Renjie designed this apartment for himself while he was still a graduate architect working at Cracknell & Lonergan Architects. While he had some help from his boss, Peter Lonergan, and more experienced colleagues, Renjie had to balance full-time work while designing and documenting the renovations out of hours. Couple this with the fact that Renjie decided to document on the go (running the documentation of the project in tandem with construction to save on rental costs) and you can imagine this would have been a very stressful time! 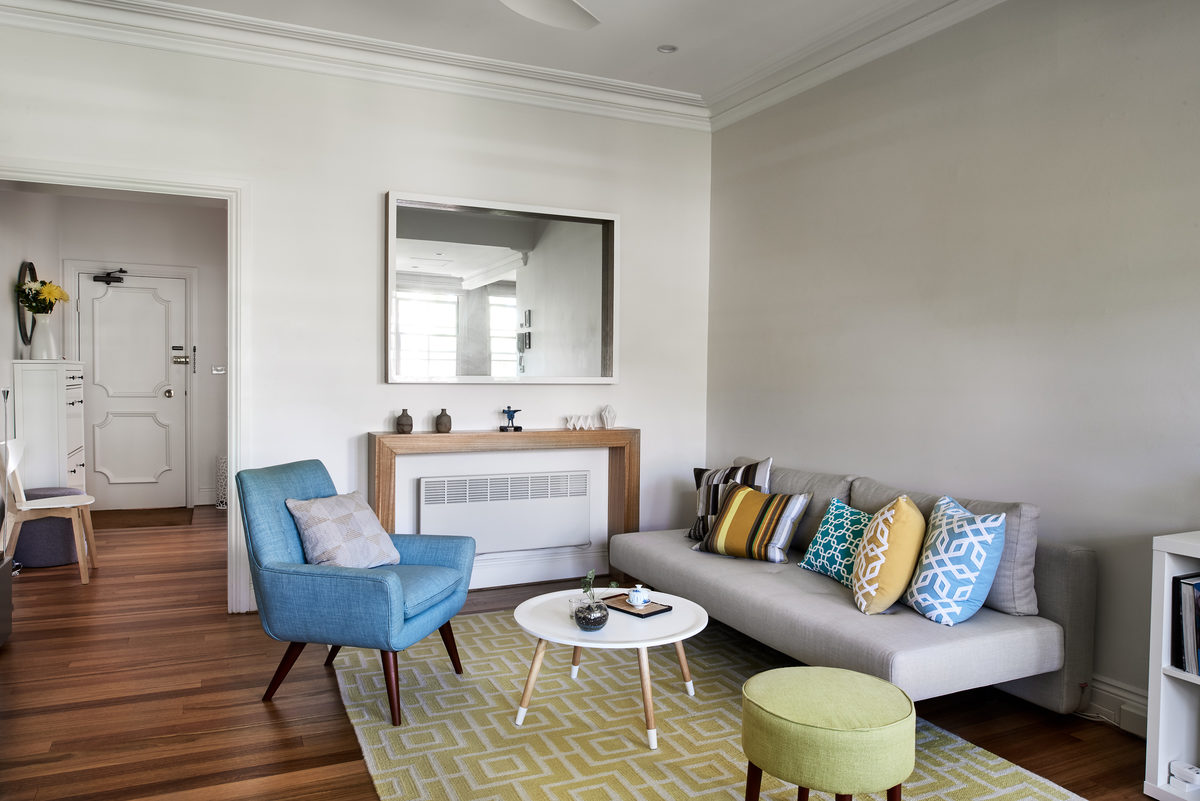 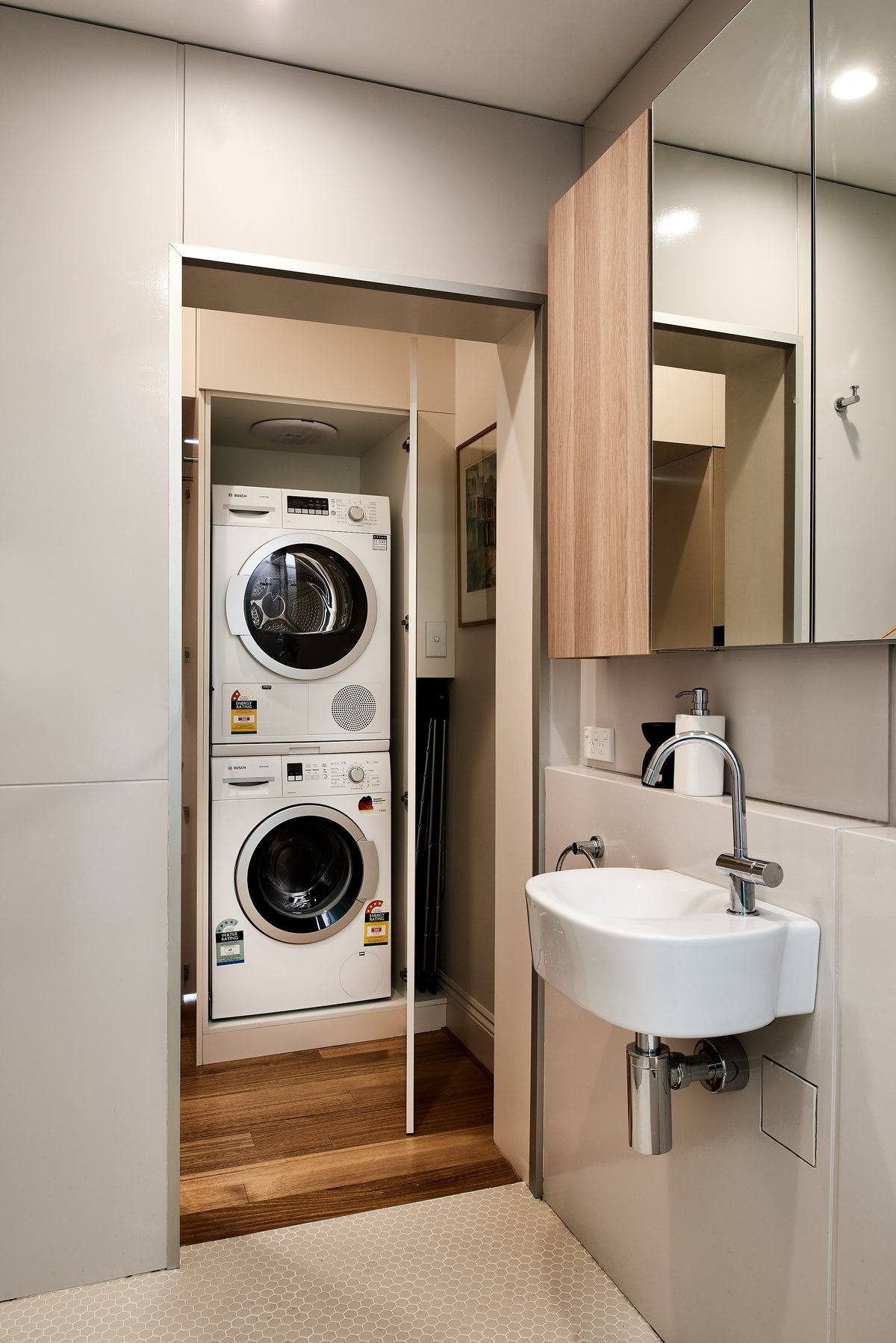 The main idea behind the design was the relocation of the bathroom. Renjie 'stole' space from the bedroom, but subsequently gained additional space in the kitchen as well as generous wardrobe and laundry facilities. This is a great tip for home renovators, bedrooms don't need to be large, so when you can, sacrifice the bedroom for more living space. 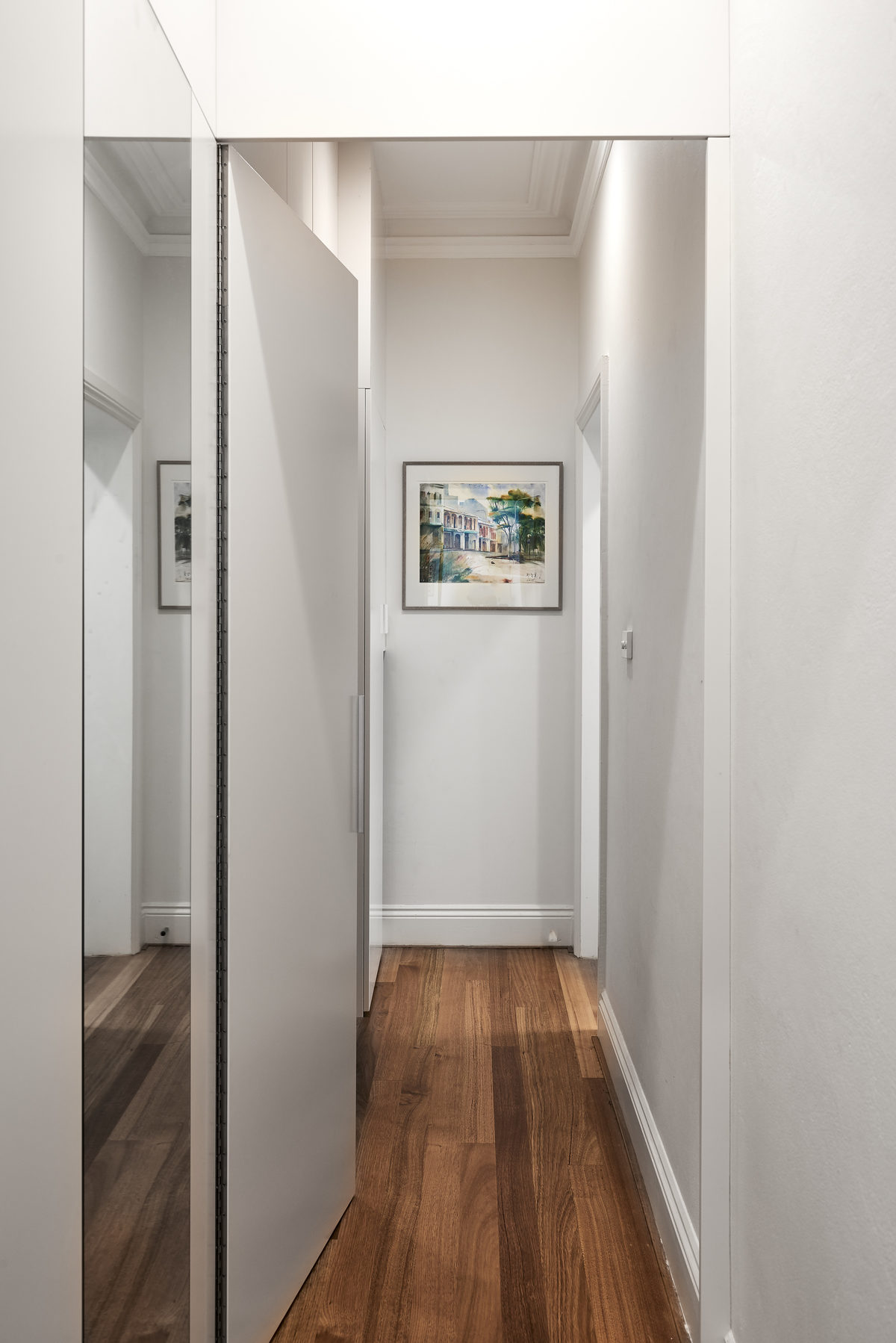 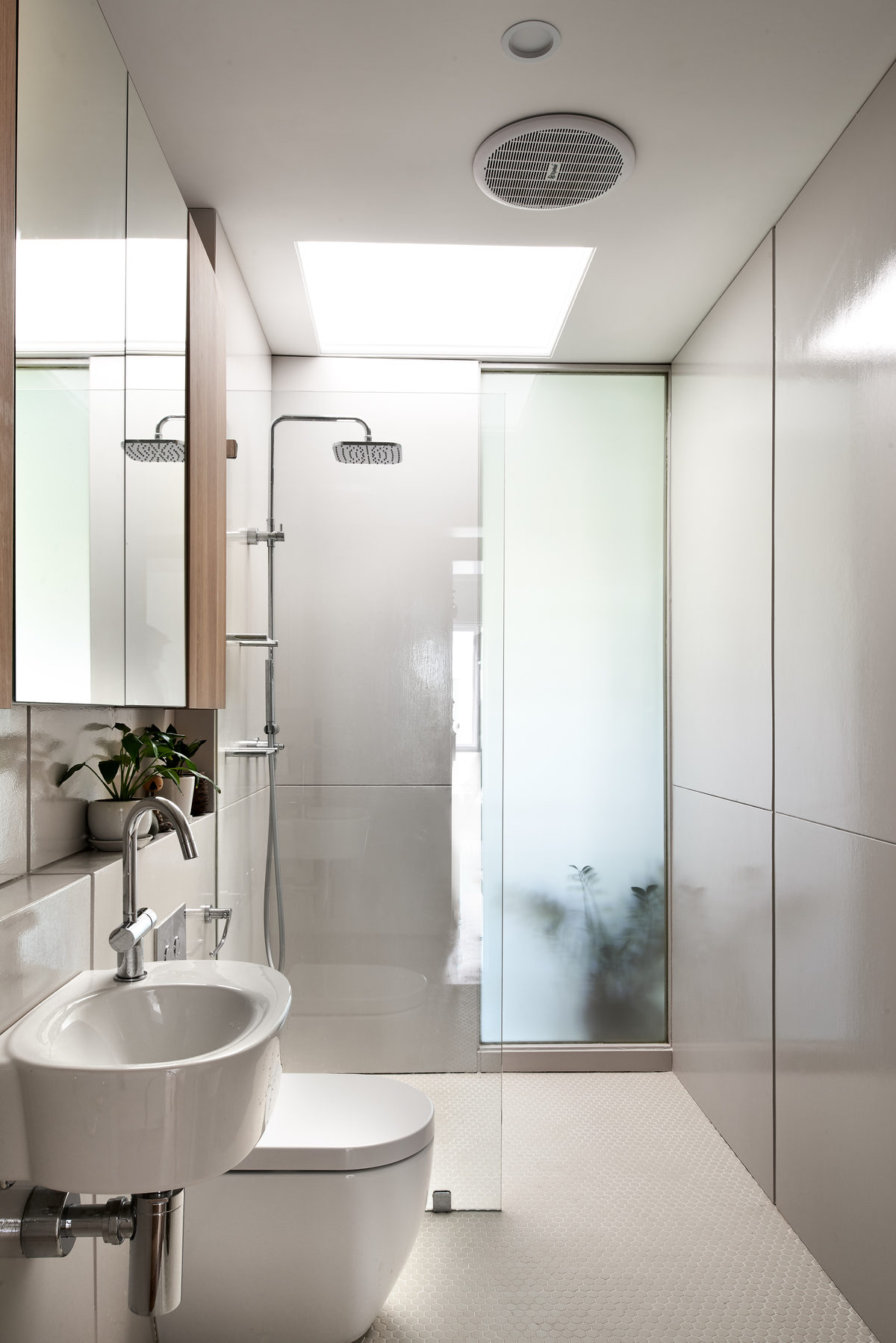 A clever feature of the redesign is the separation Renjie achieved between the bedroom and bathroom. The old bathroom could only be accessed from the bedroom, making entertaining awkward. A new dedicated walkway gives access to the laundry area and bathroom while keeping the bedroom private. A translucent glass panel in the bathroom borrows light from the kitchen so it feels bright even without any external windows. 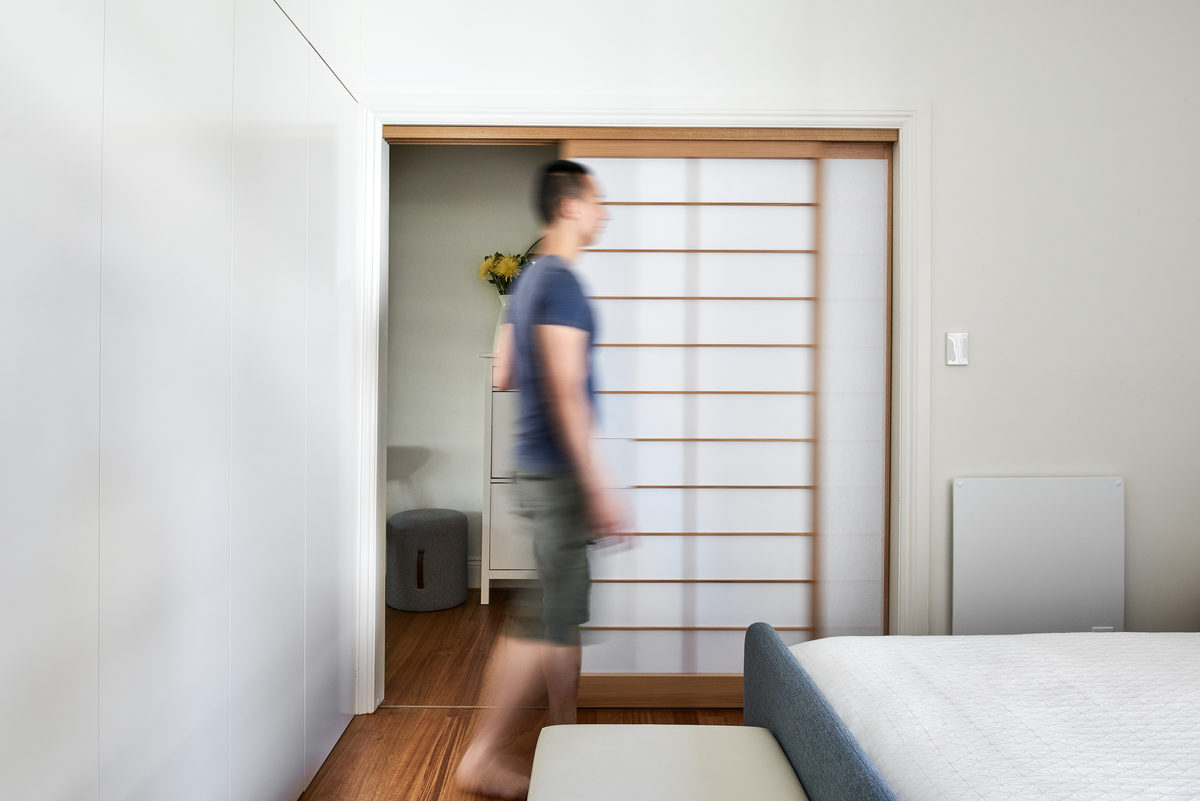 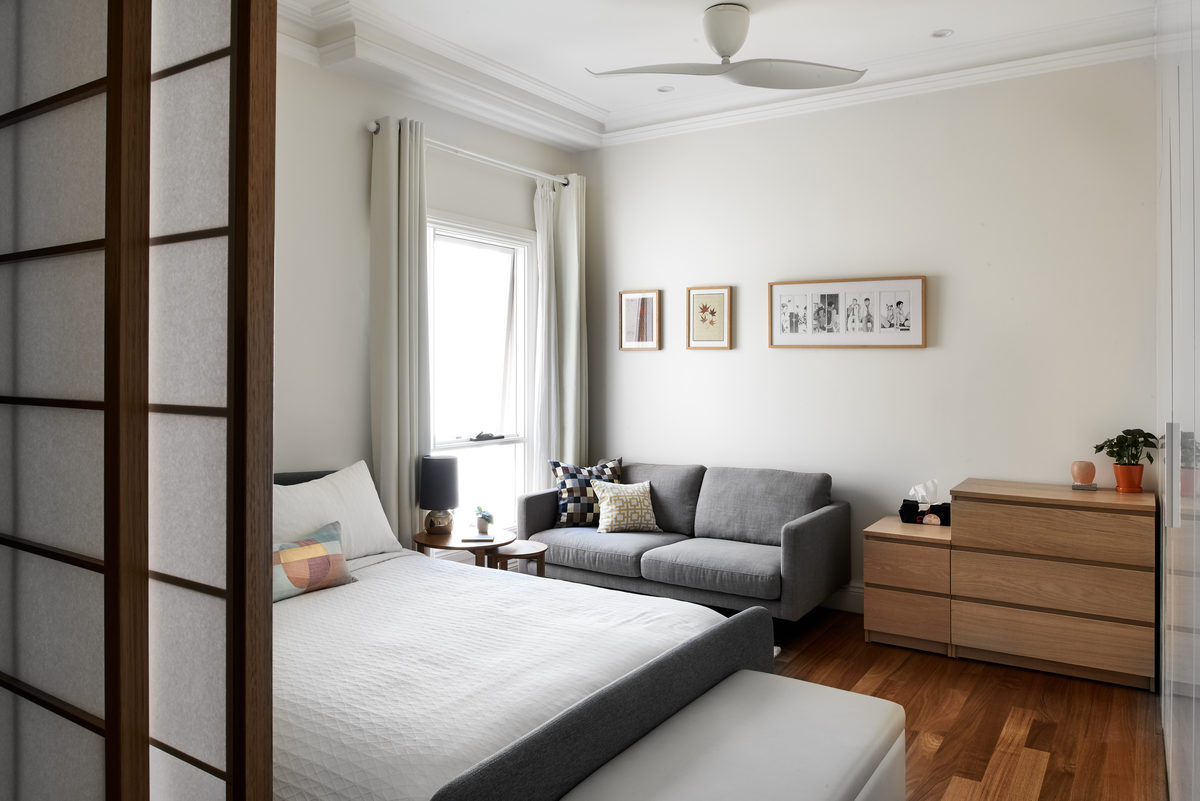 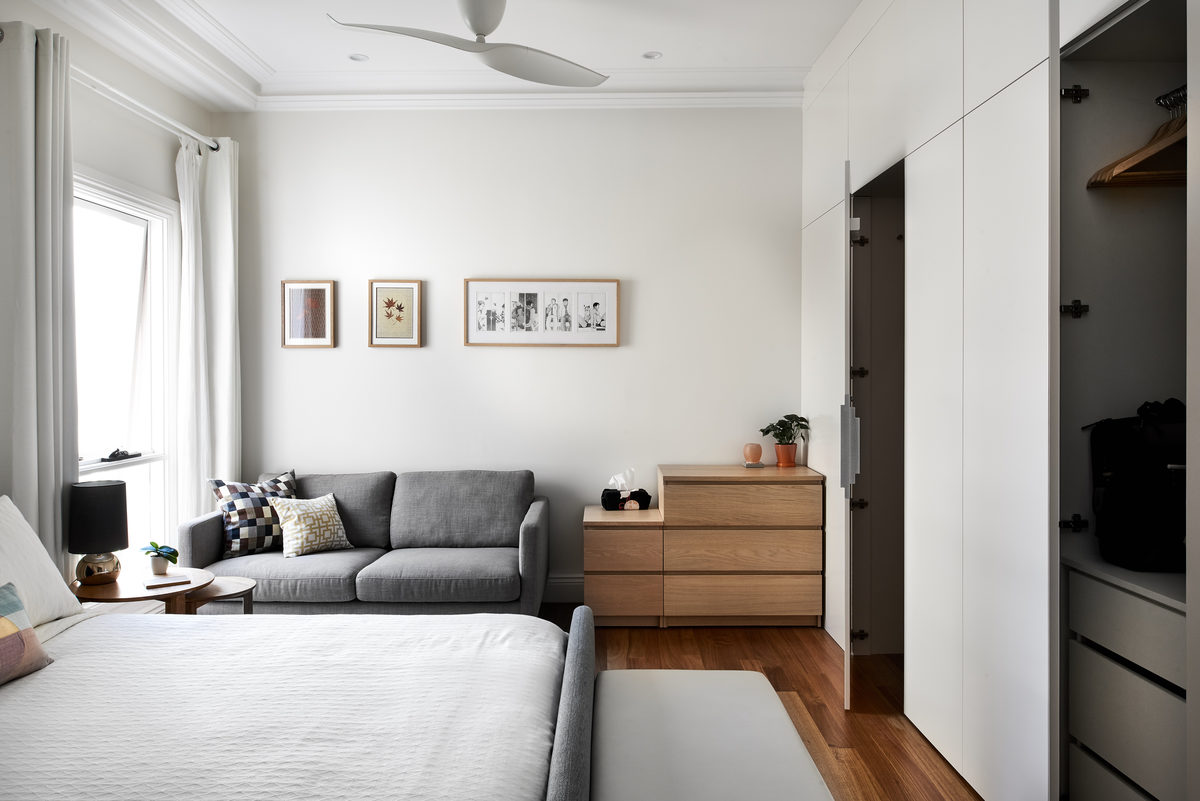 A sliding screen in the bedroom provides light even when closed and can be opened when privacy isn't an issue (ie. you had time to make the bed that morning). The original apartment had never had air-conditioning. Renjie included new Aeratron ceiling fans in the bedroom and living spaces and, benefiting from plenty of thermal mass, the apartment should be comfortable in summer. 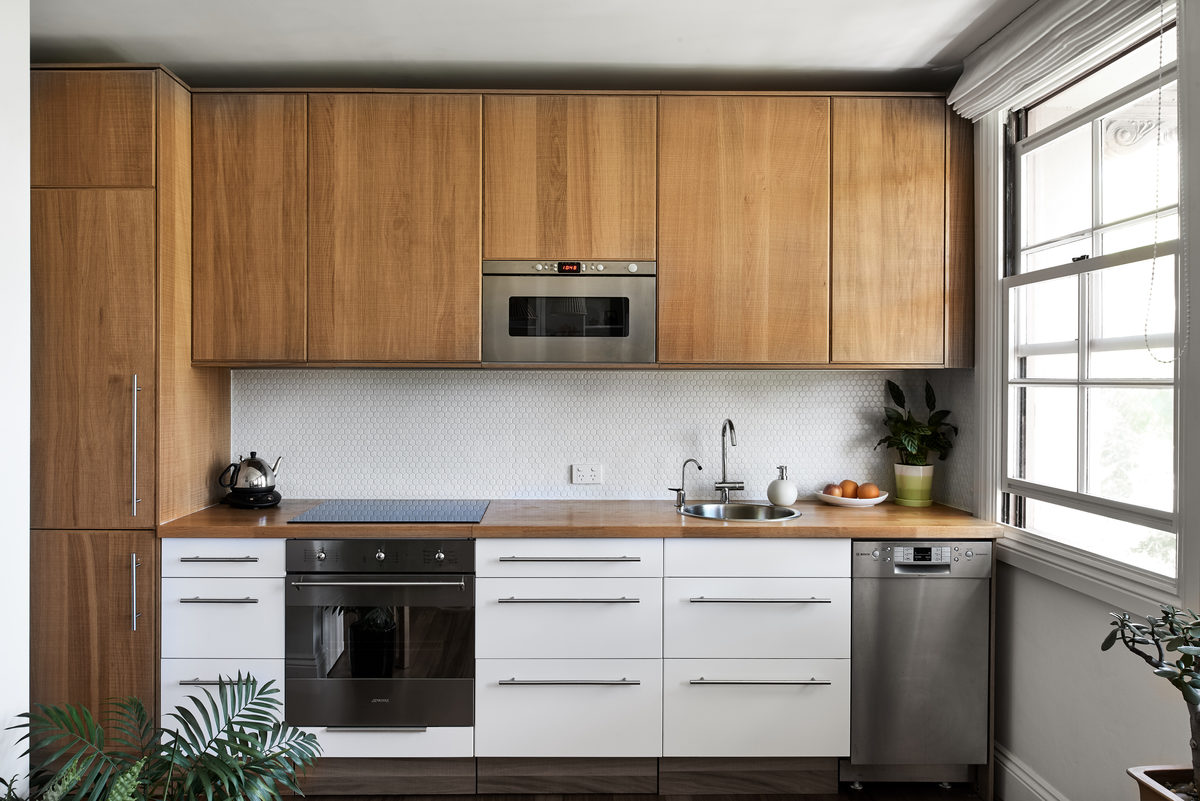 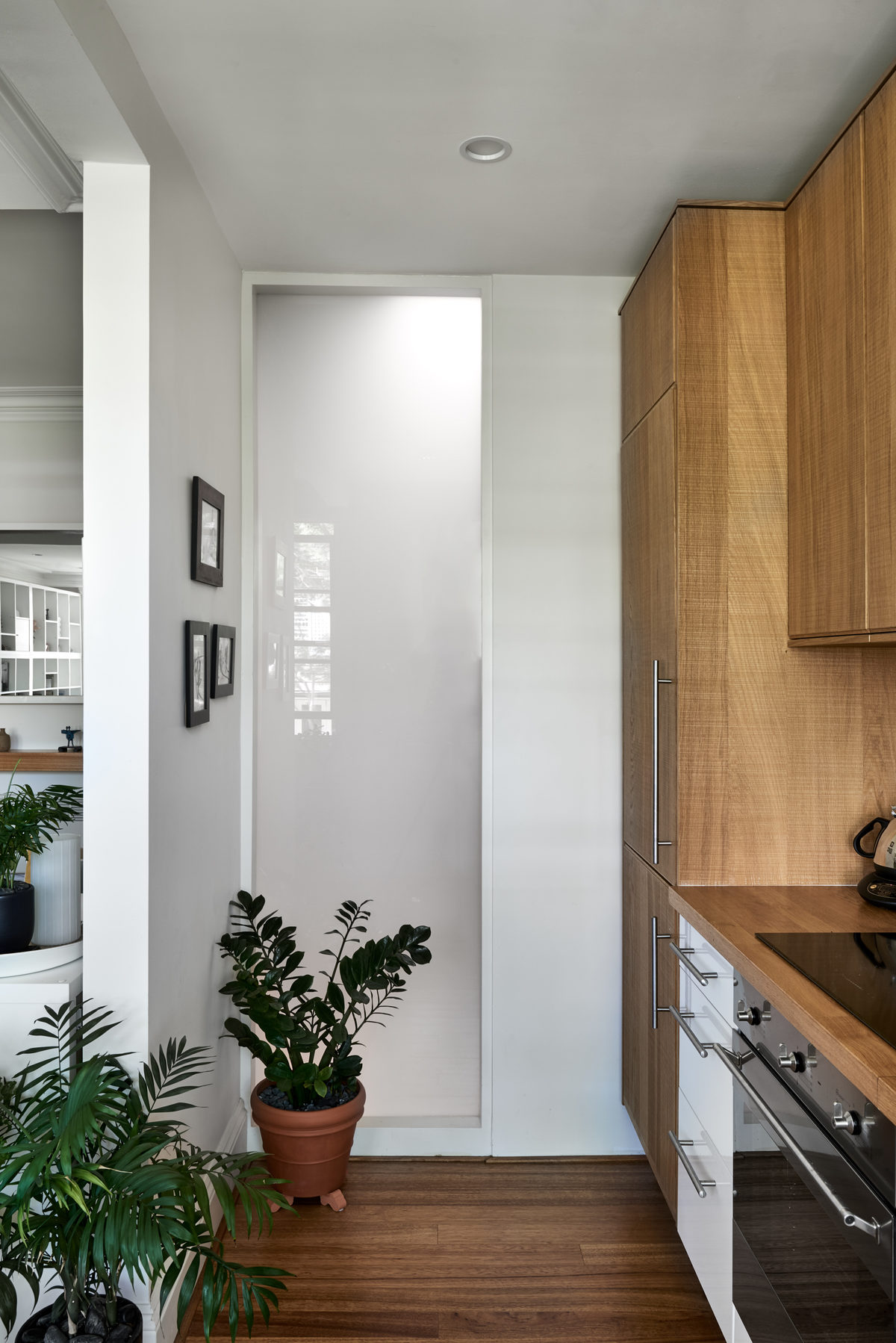 With a tight budget, much of the custom joinery Renjie would have liked to include was out of reach. While he may have been short on money, he wasn't short on imagination, so he looked to some clever IKEA hacks to save the day. Even the kitchen cabinetry was IKEA in the end, but thanks to integrated appliances, the result feels high-end. 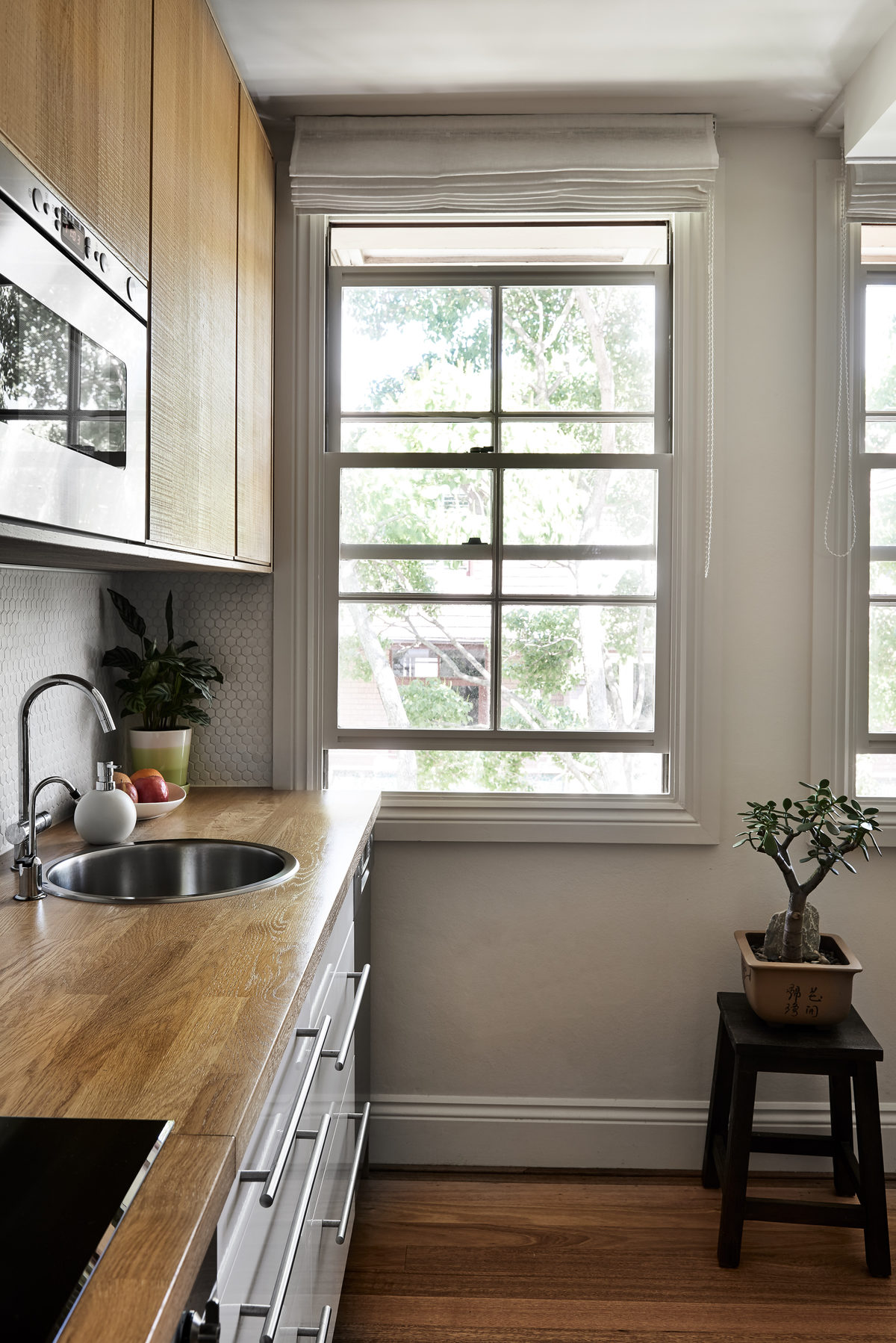 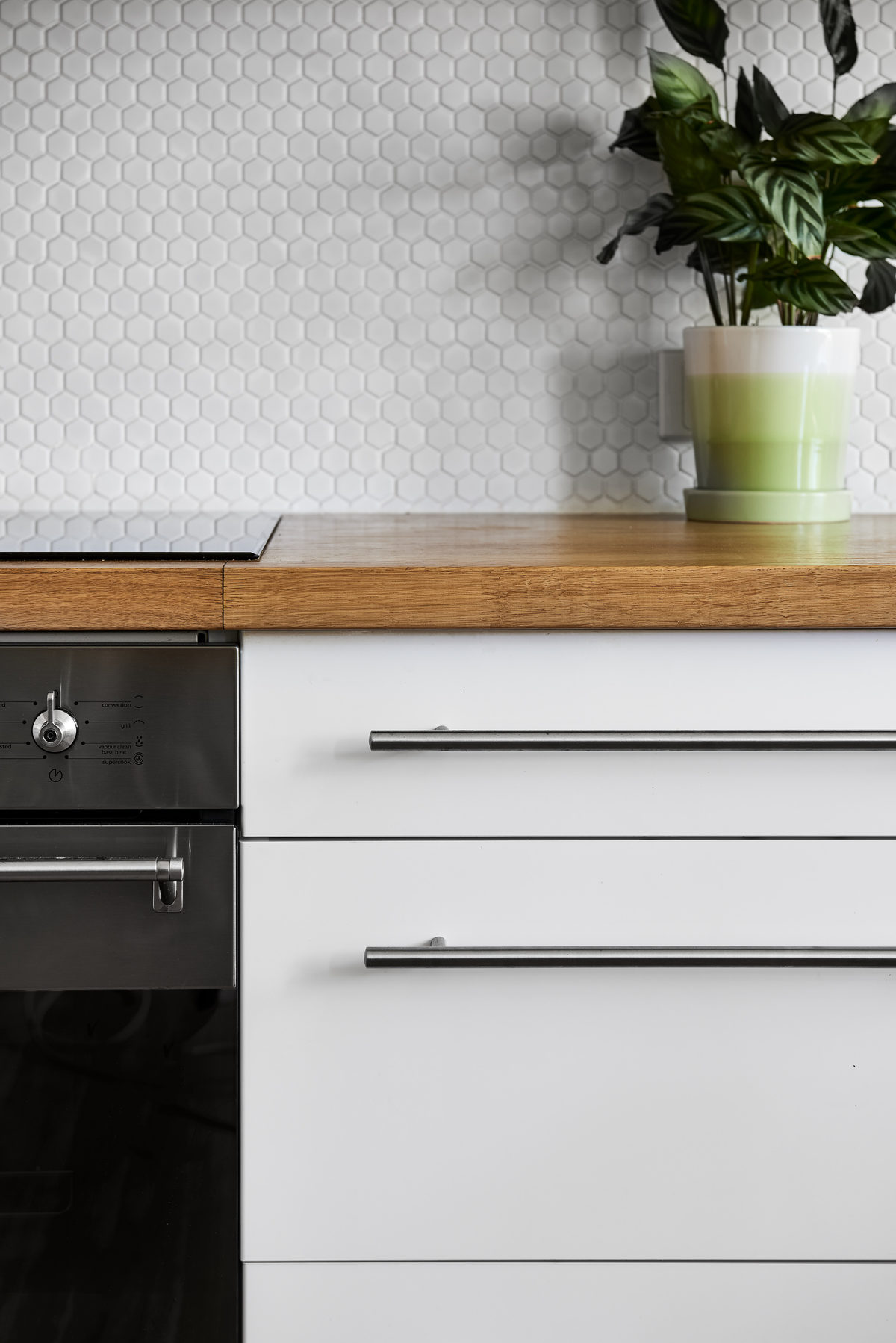 A series of clever decisions have transformed this apartment from a place with 'good bones' but awkward planning into a practical and comfortable home. Remember to never assume bathrooms and kitchens as fixed - sometimes the difference a relocation can make justifies the extra cost. Congratulations to Renjie Teoh for a clever and restrained renovation which has truly transformed this apartment. 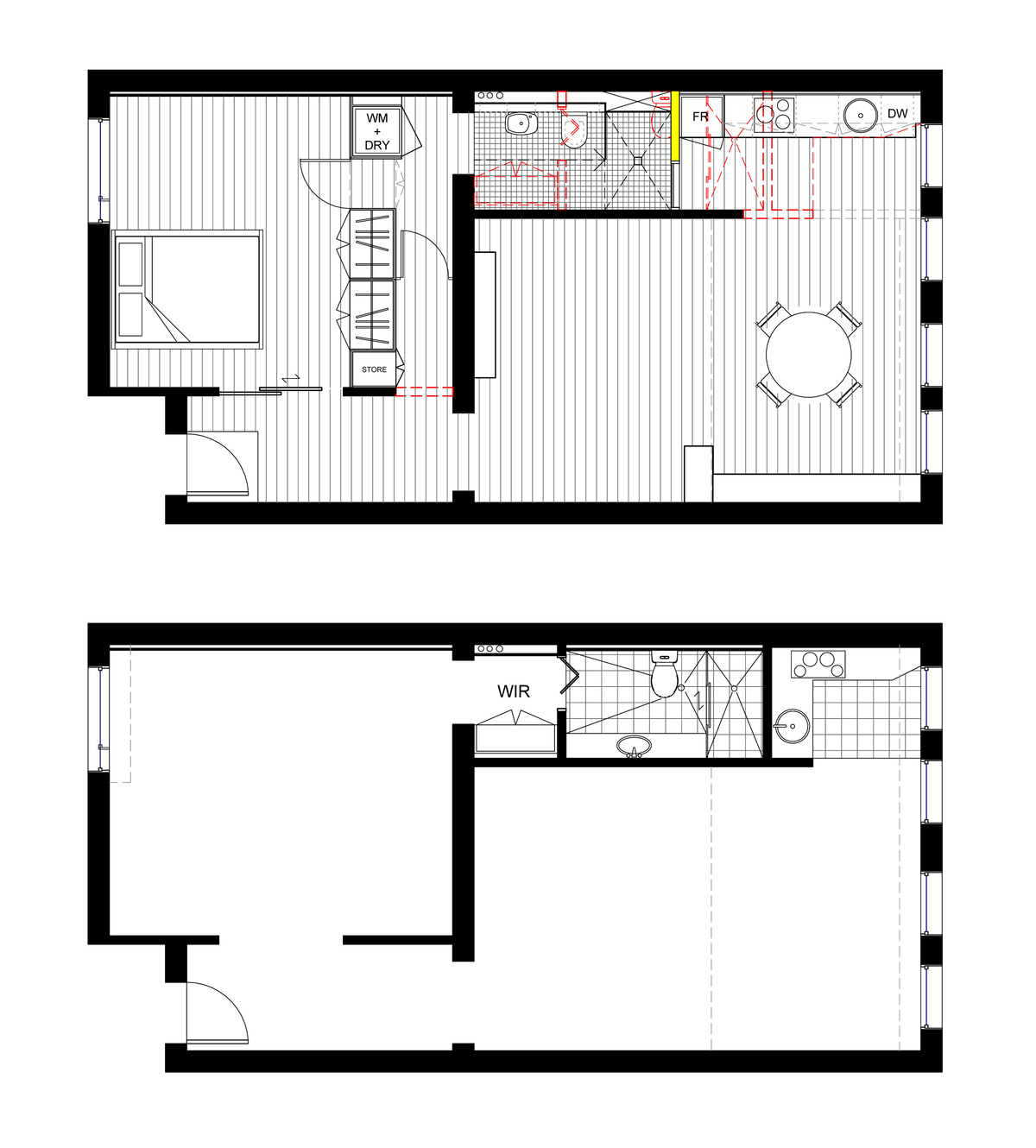 Tell us what you love about Rosebank Renovations...