For over 20 years MRTN's clients had been visiting their holiday home in Daylesford, Victoria. But the time had come to call their favourite place their permanent home. The owners left it up to MRTN Architects to decide whether it was best to demolish the existing home and start from scratch or to work with what was there. Appreciating the character and history of the original Victorian home the architects designed an addition that sits like a shadow behind, receding into the background, but dramatically improving the functioning and comfort of the original... 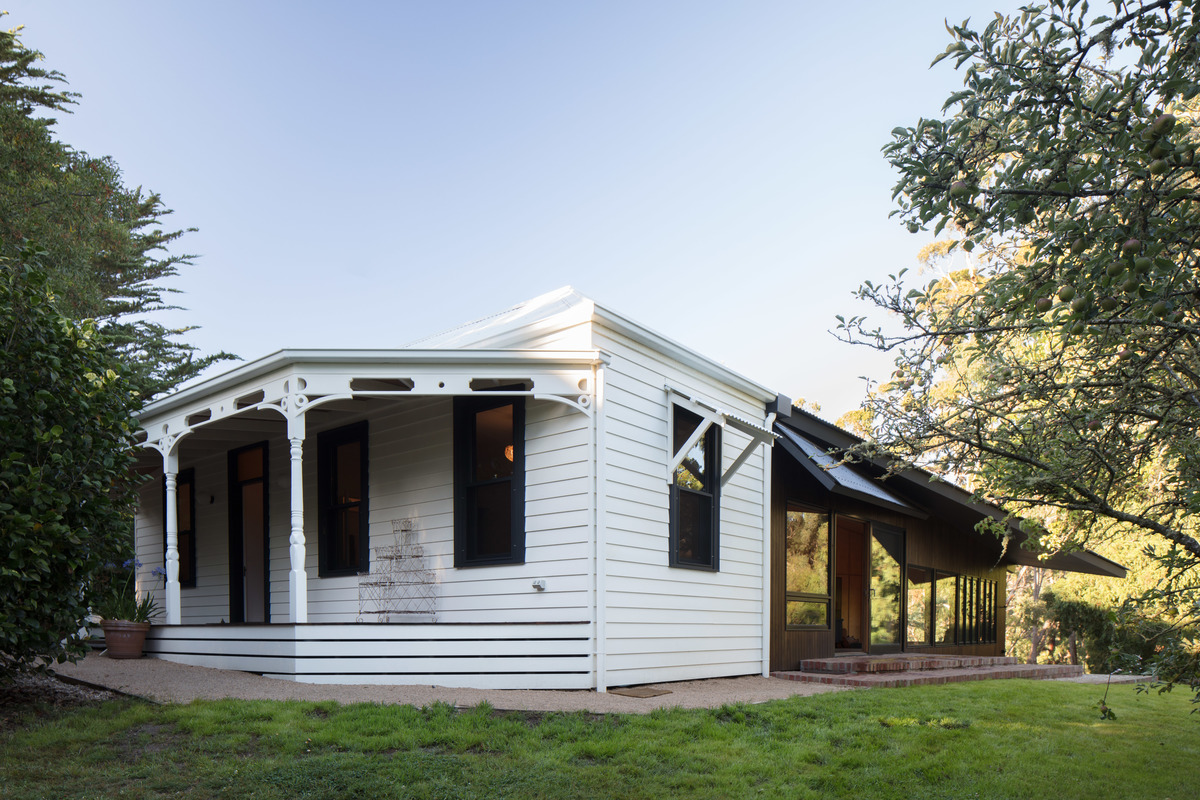 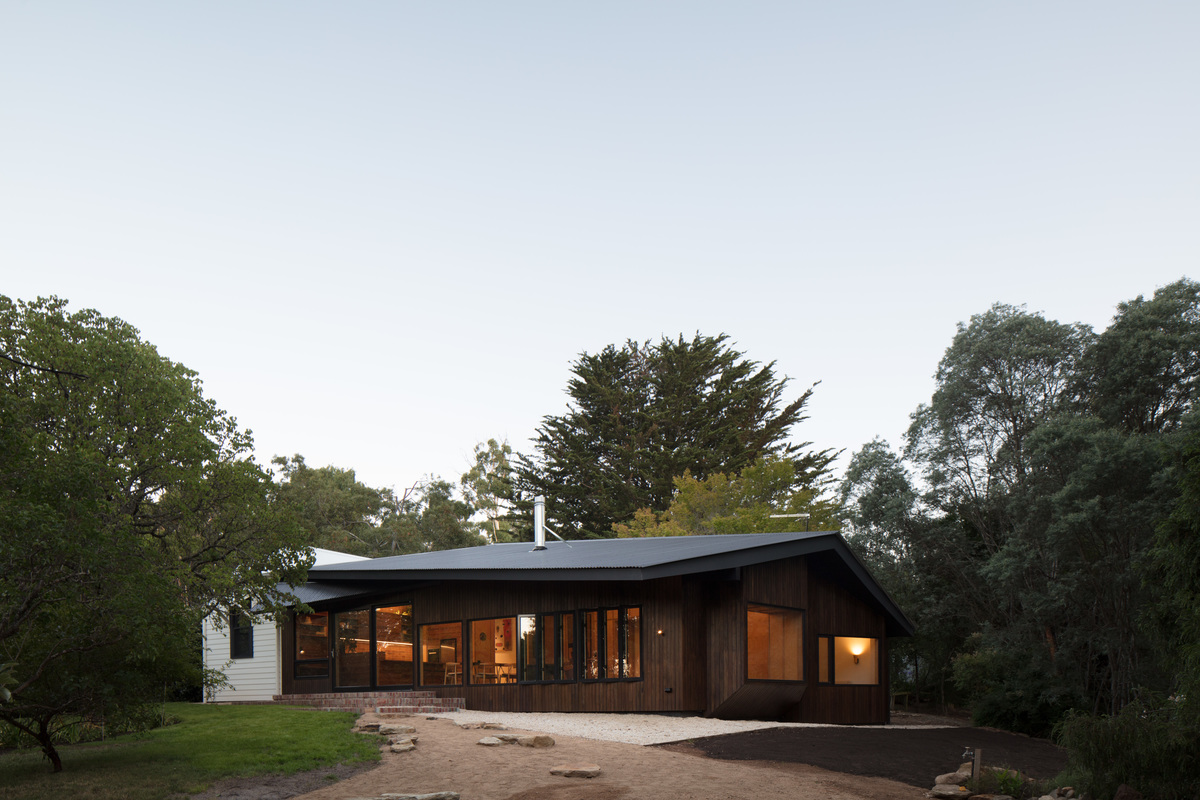 "Our clients came to us with a desire to create a renewed connection with the Daylesford property they have owned for over twenty years. They didn't have a grand vision but rather a sympathetic and caretaking approach to the land and a wish to create a permanent home. We were given the option to demolish the existing structure and design an entirely new house. We established the optimal siting for a home was in the existing location so proposed instead to retain the original Victorian cottage, and only demolish a series of increasingly shoddy lean too additions and reinstate the original front verandah to retain a connection with the history of the site." 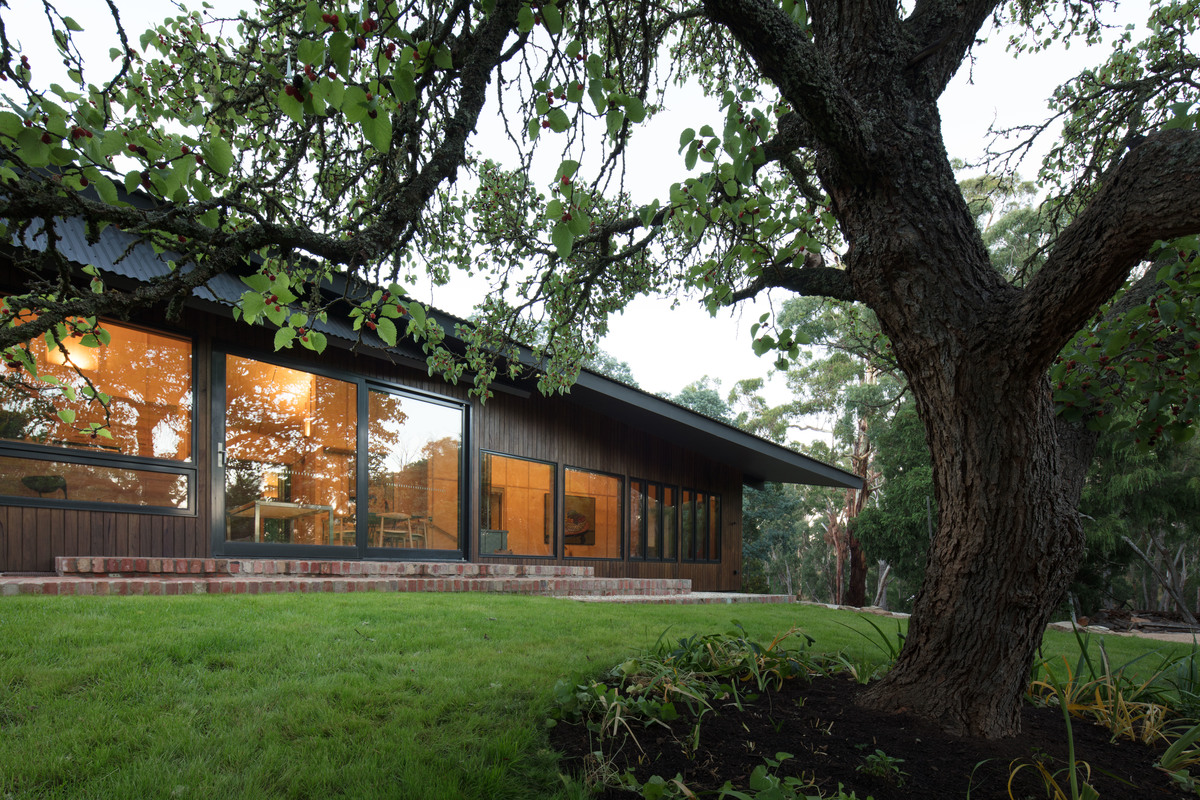 The home enjoys a beautiful location, tucked behind Daylesford Lake in the foothills of the Great Dividing Range. Antony Martin from MRTN explains, "the higher elevation means for a cooler and wetter weather than that found in Melbourne", so he designed the cottage to respond to this beautiful, lush landscape - capturing views and grabbing as much warming sunlight as possible. "Living areas are orientated to north and to the west as the house drops away to capture views of the towering eucalypts in the nature reserve." 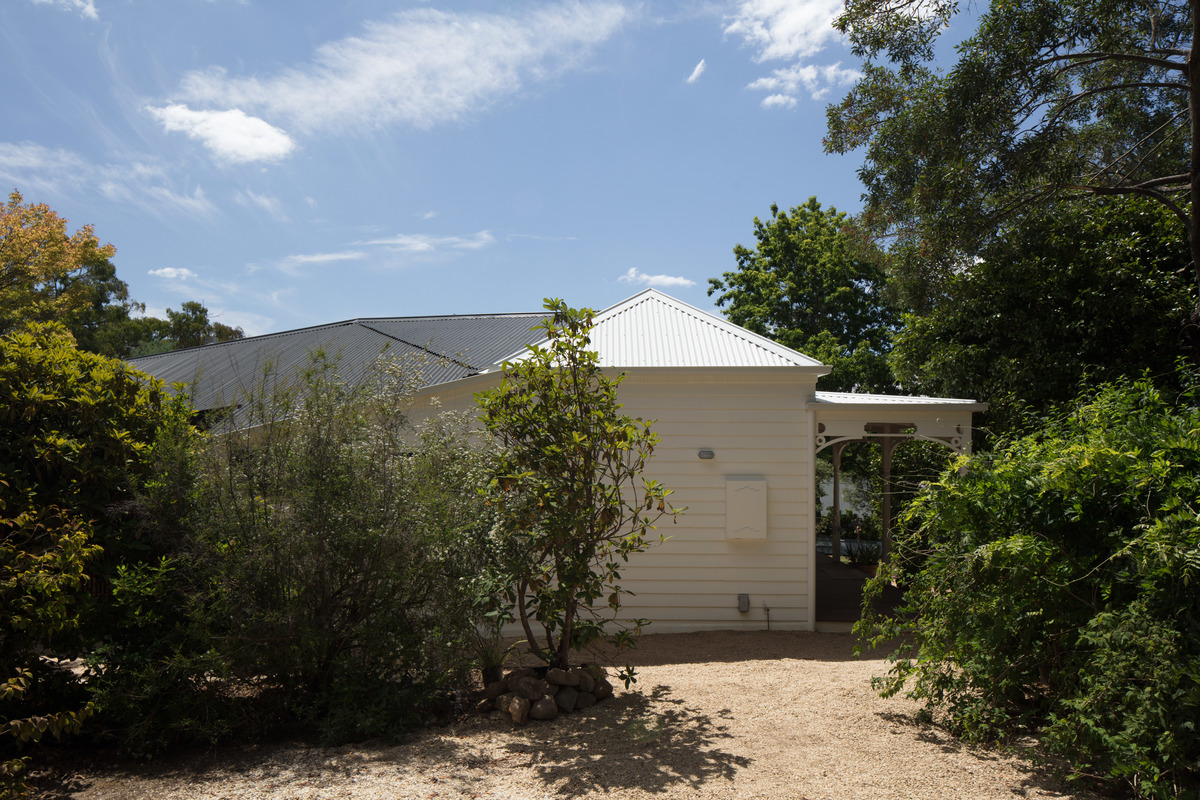 "Conceptually the new addition was designed as a long shadow of the original Victorian cottage, the early morning shadow of the cottage cast into three-dimensional form, a shadow projecting from the cottage and casting down into the nature reserve. The consideration of shadow in the design also led to the over sized eave to the west responding to the suns path and a desire to recede from the sun as it moves into the afternoon sky." 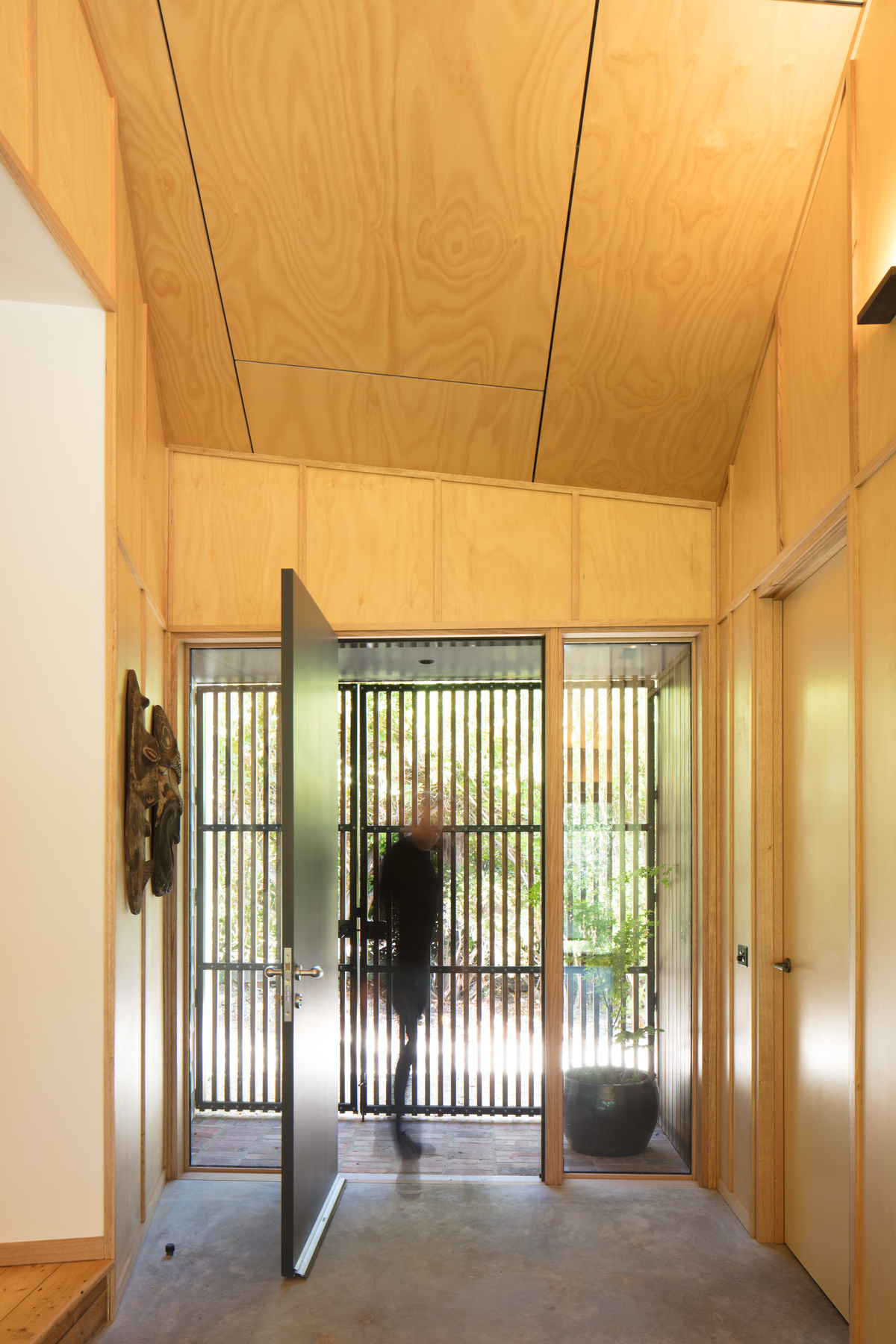 Stained timber cladding creates the illusion of the shadow and contrasts the new addition from the original home which is painted crisp white. Meanwhile the interior is lined with salvaged timber boards and plywood, which lends warmth to the home. Both indoors and outdoors were inspired by the architect's recent trip to Japan, where an emphasis on the use of raw materials, deep overhangs and connections to garden spaces are key. The clients were excited about this source of inspiration because their son lives in Japan, adding an extra layer of meaning to the project. 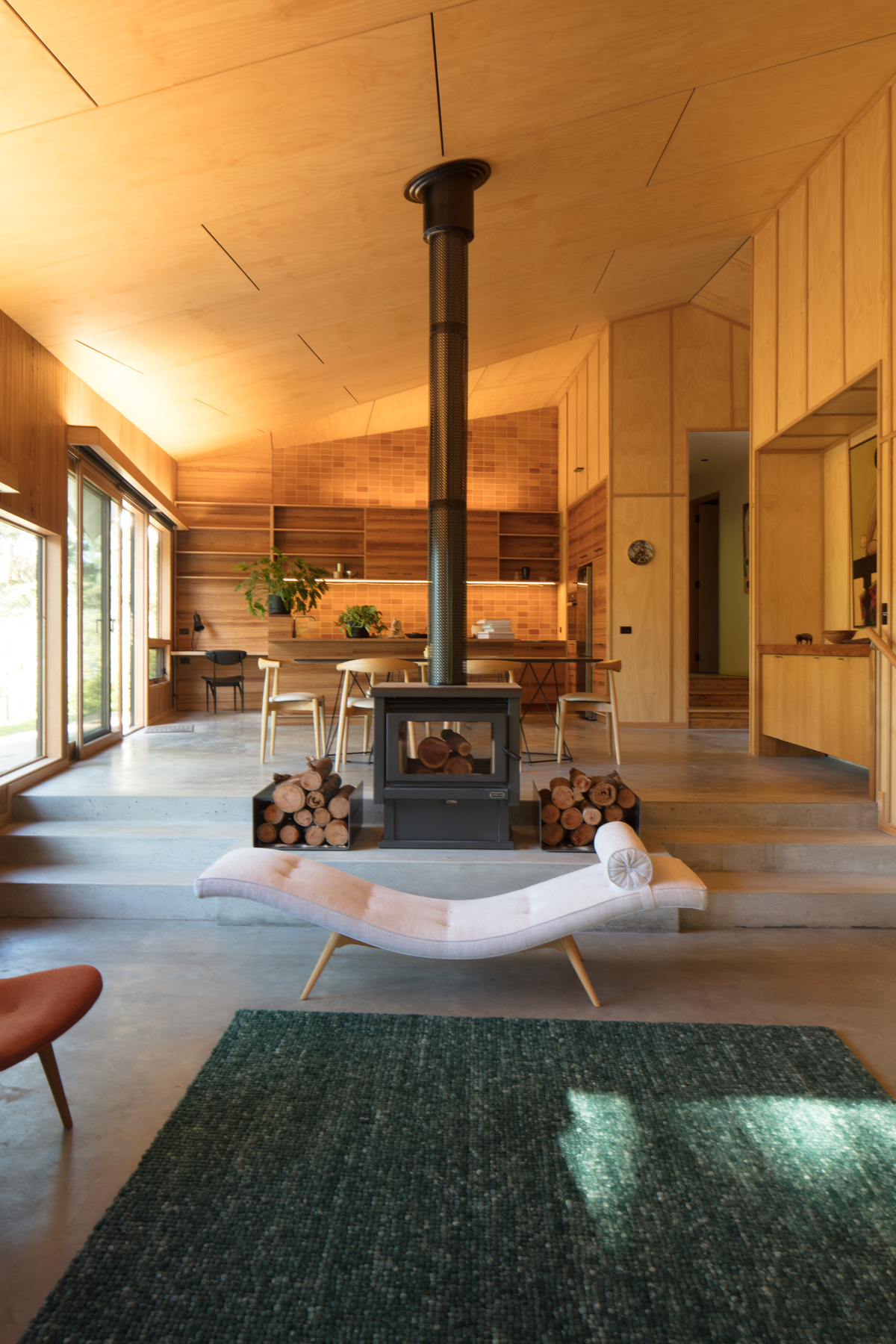 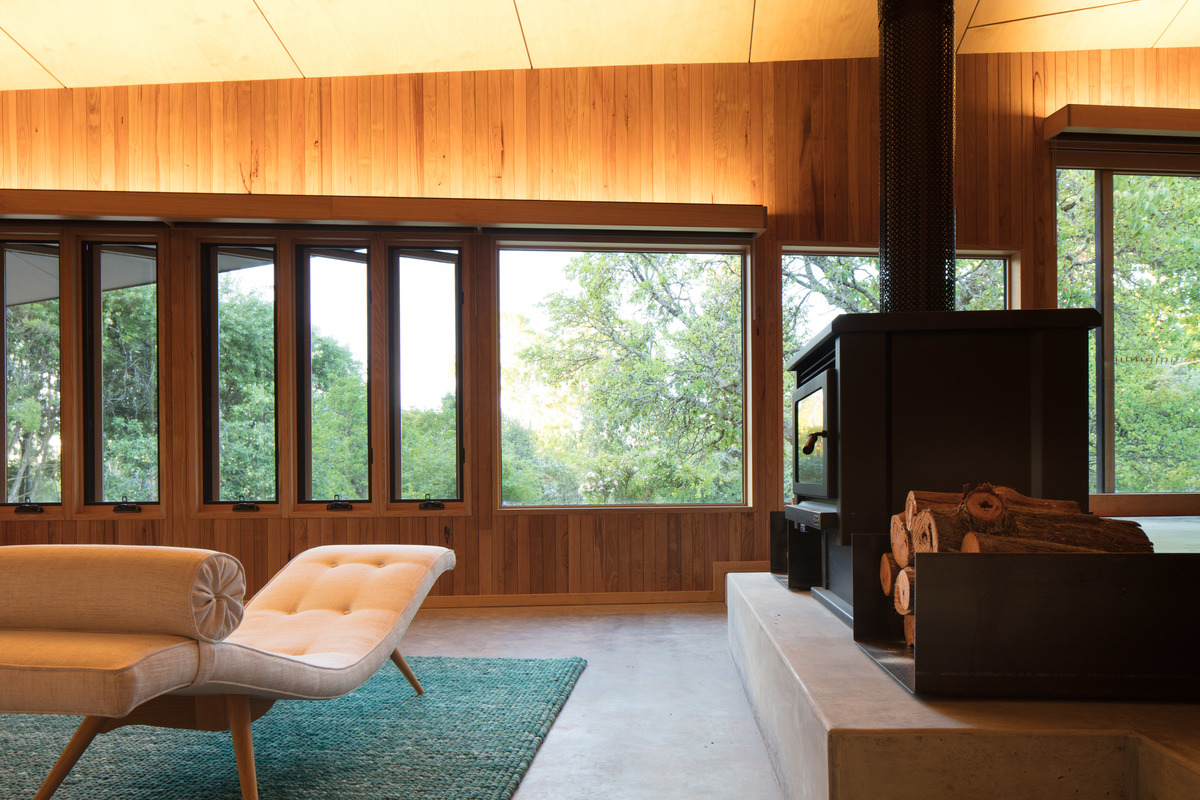 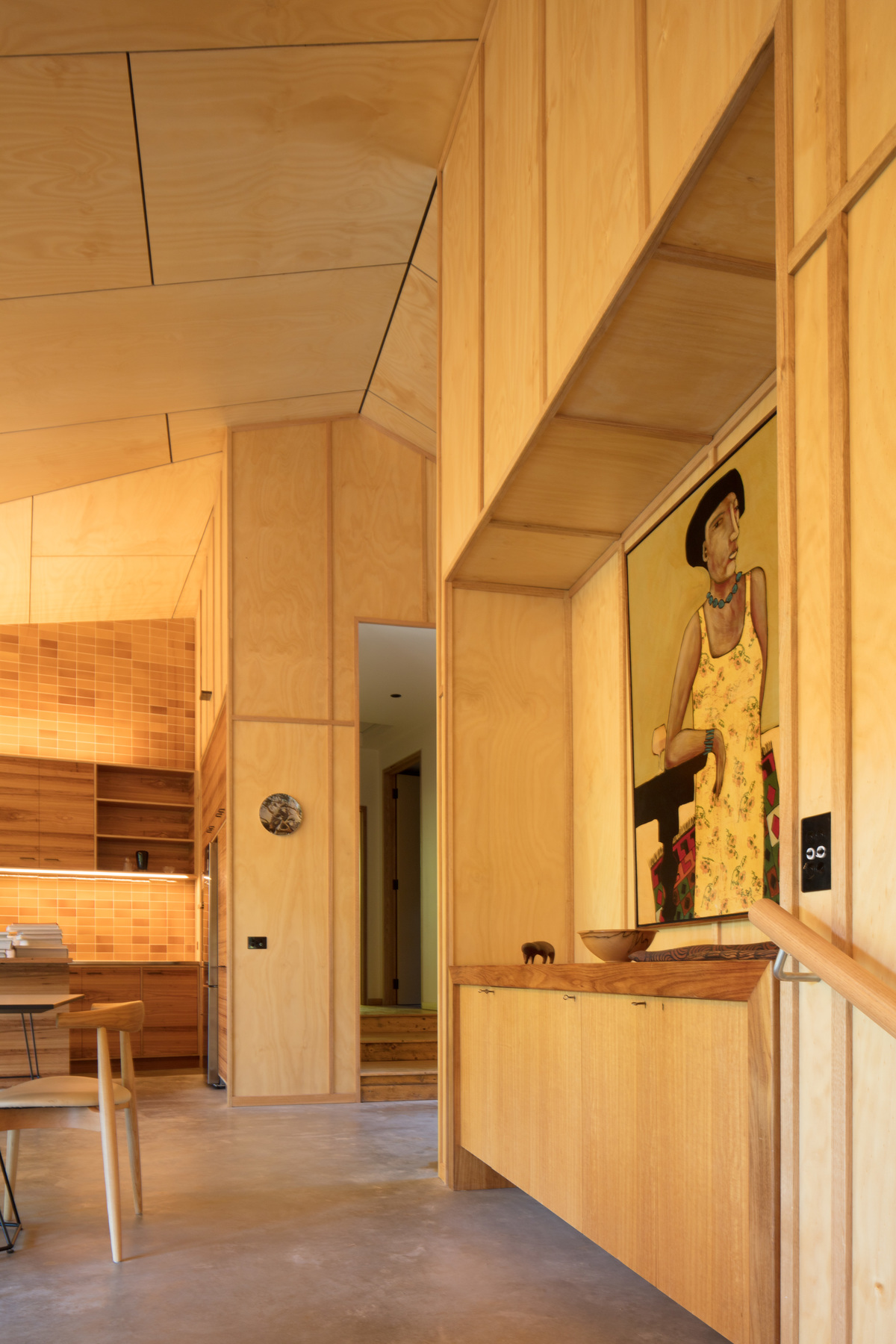 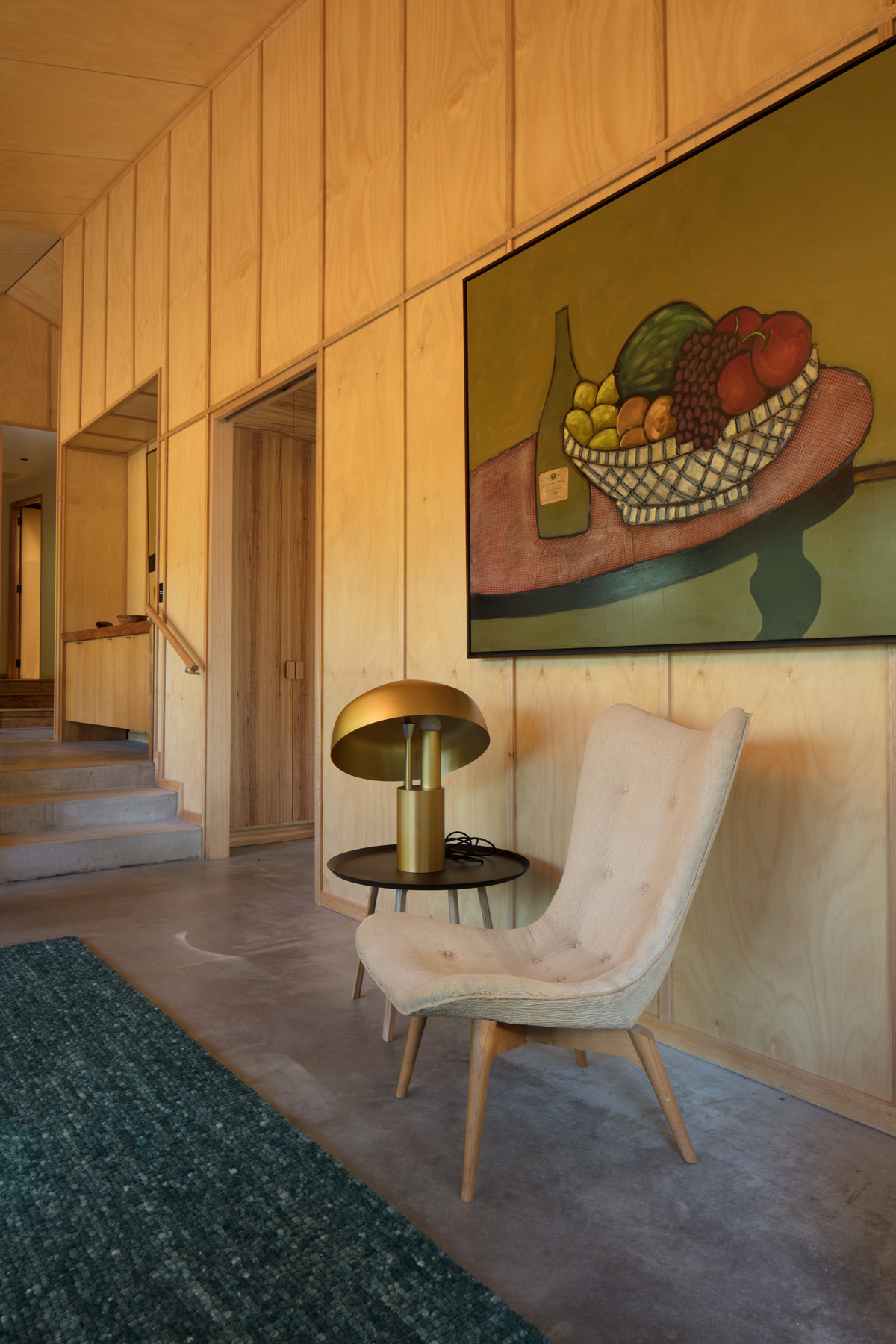 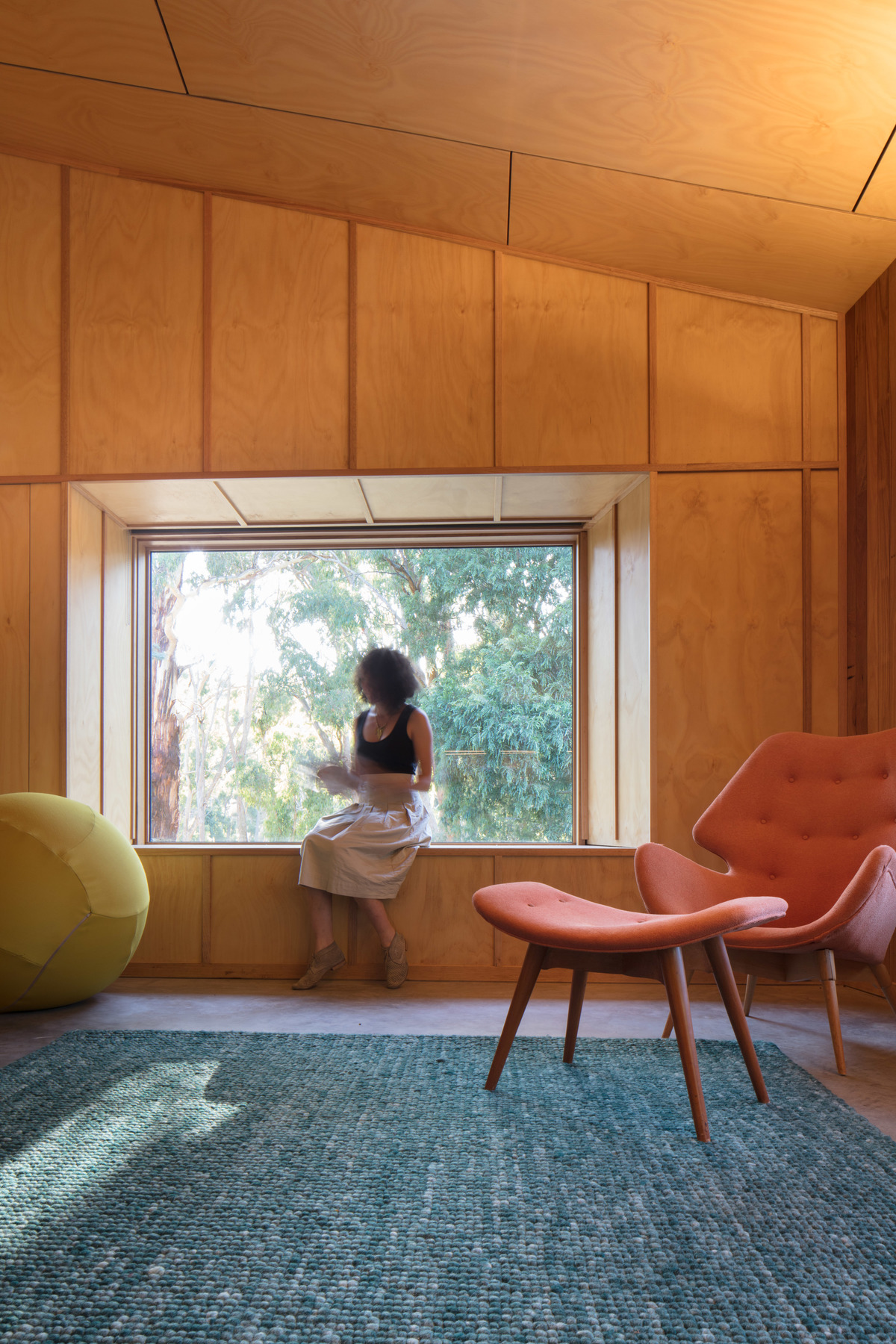 "Interestingly for a country site we were faced with the greatest number of planning overlays that we have had to address for a project: heritage overlay, wildfire overlay, neighbourhood character overlay and environmental significance overlays." 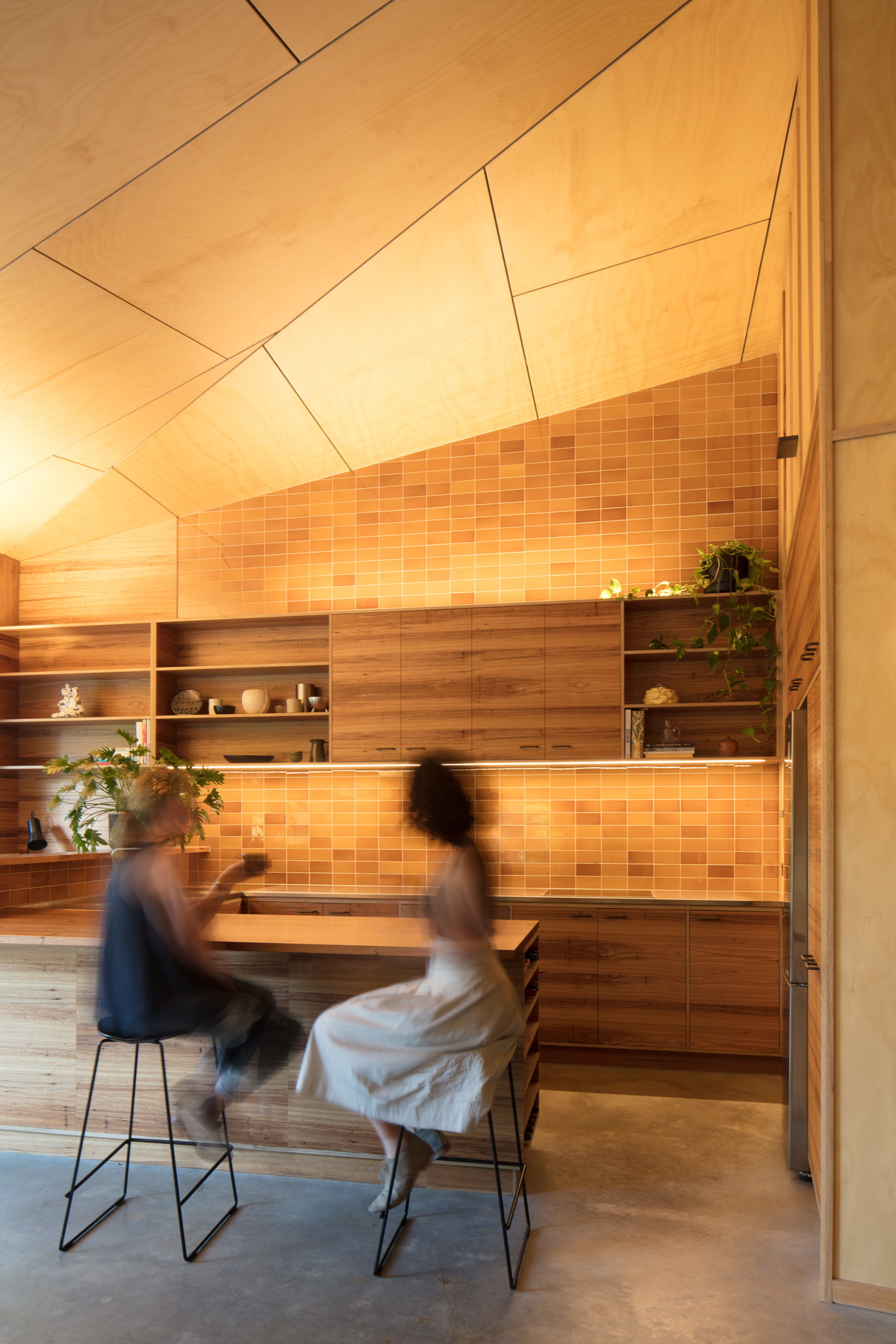 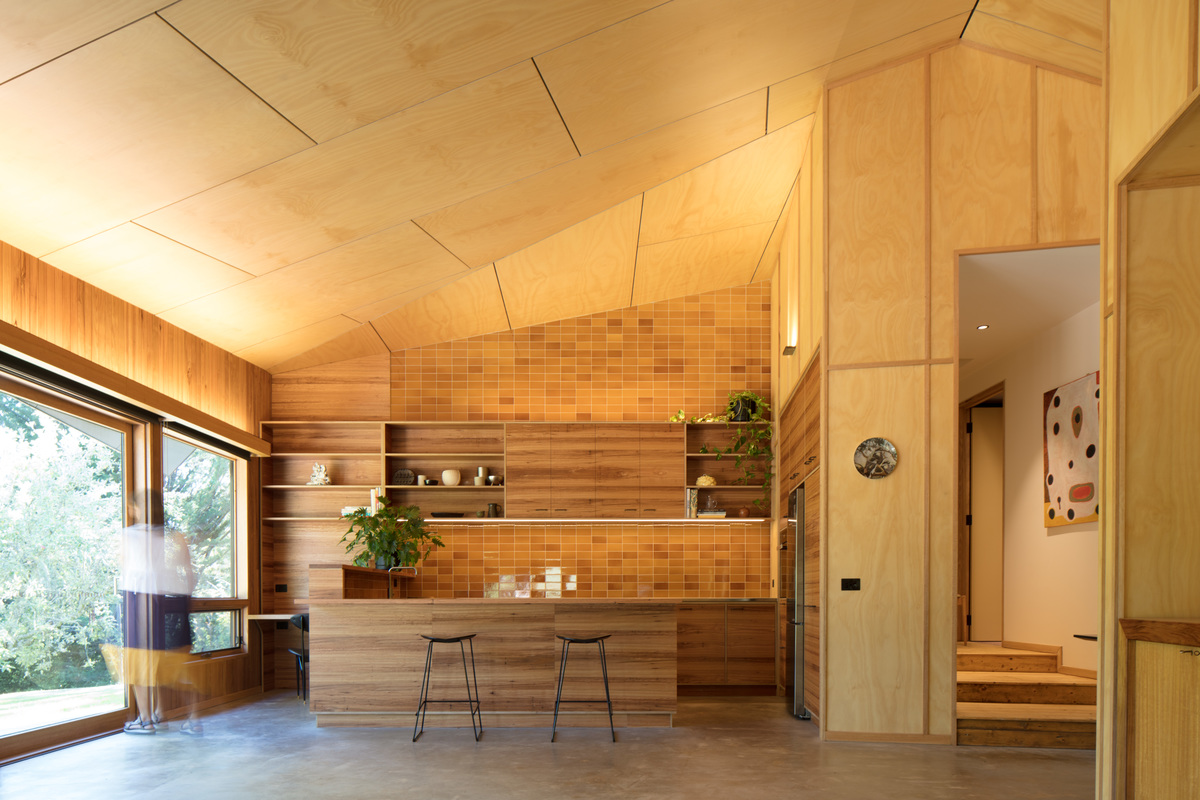 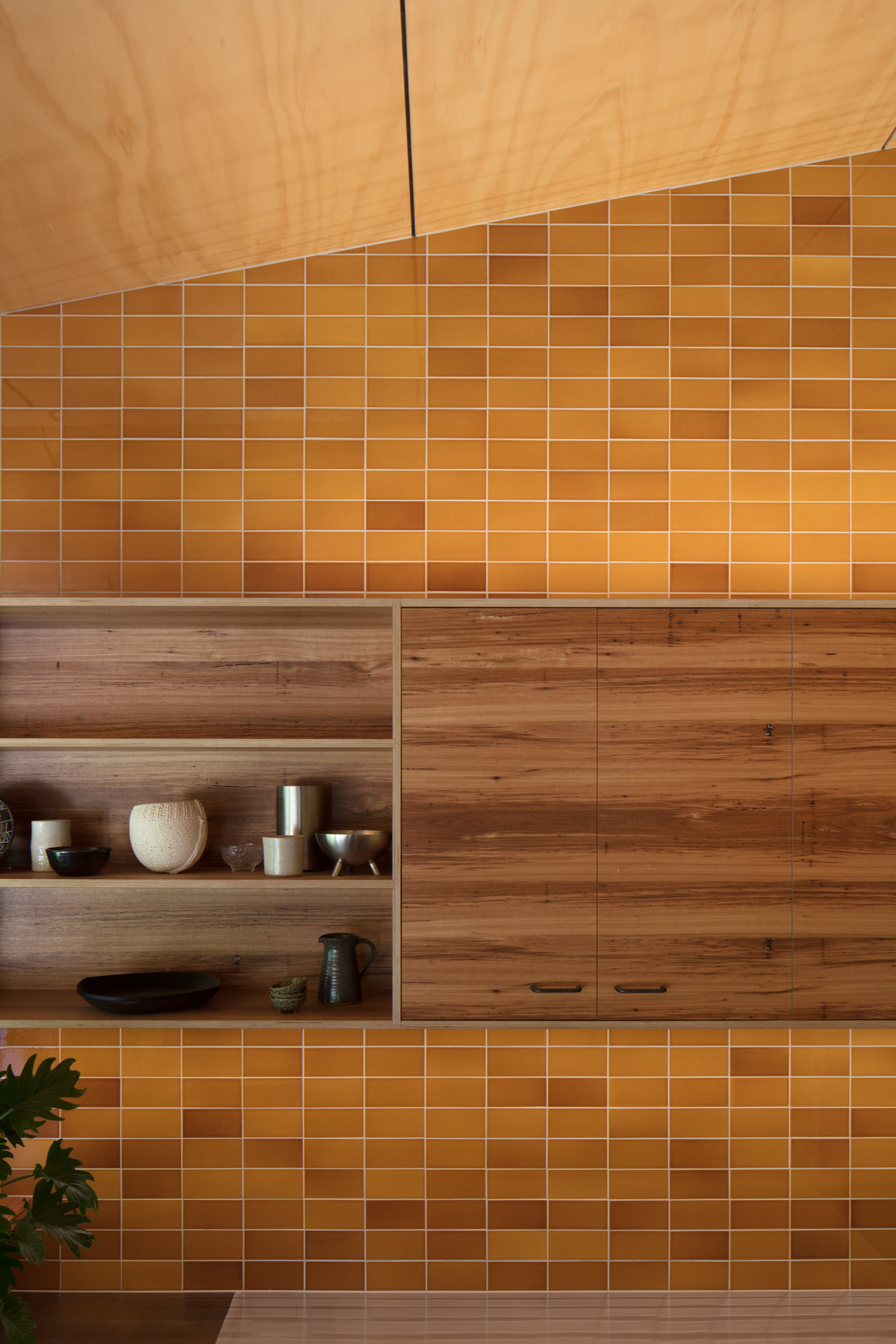 Sustainable design principles were planned into the project form the beginning, the decision to keep the front of the original home one way to reduce material use and embodied energy. Similarly A compact footprint has a huge impact on the ongoing energy use in the home as well as reducing materials (and cost) of the original build. Living spaces face the sun and large eaves are designed to allow the sun in during winter while blocking it during summer. Even the bathroom is tiled with tiles and pavers destined for landfill. 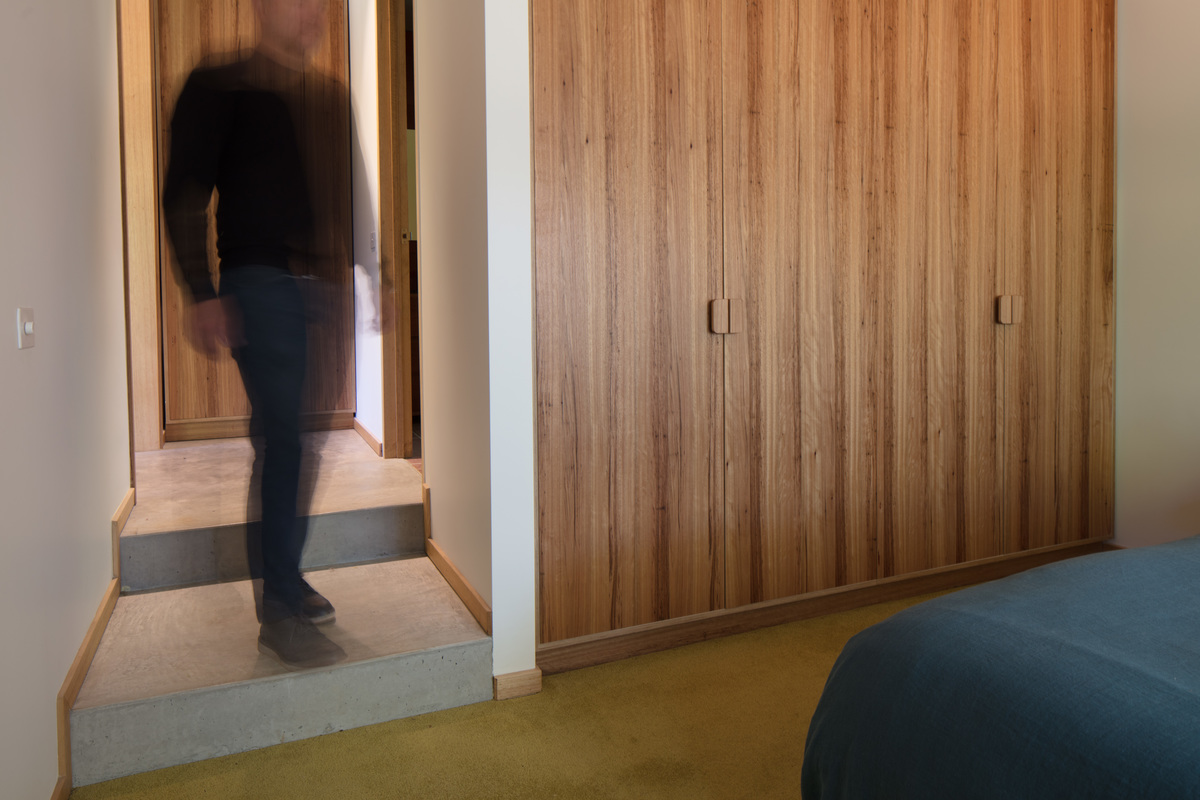 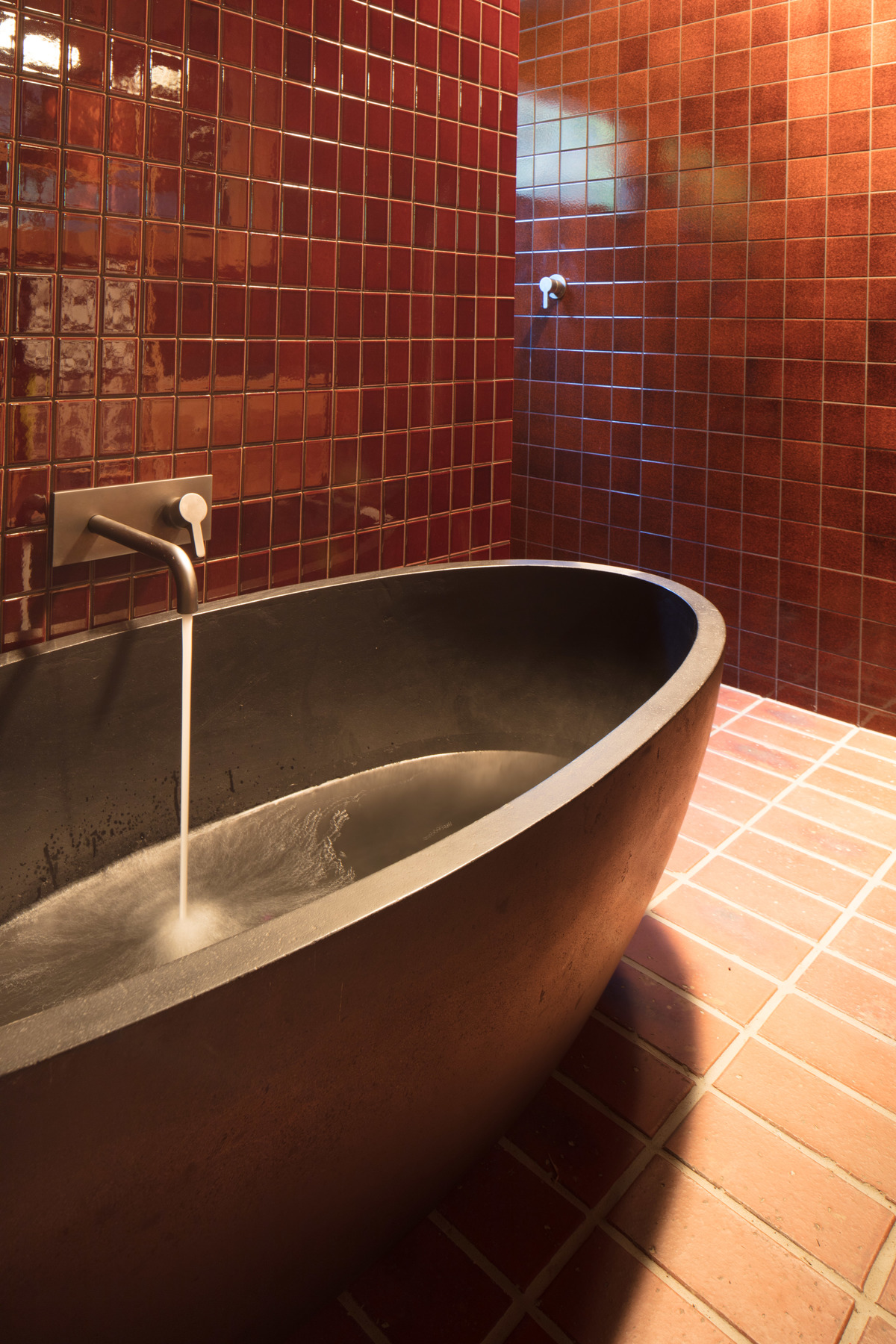 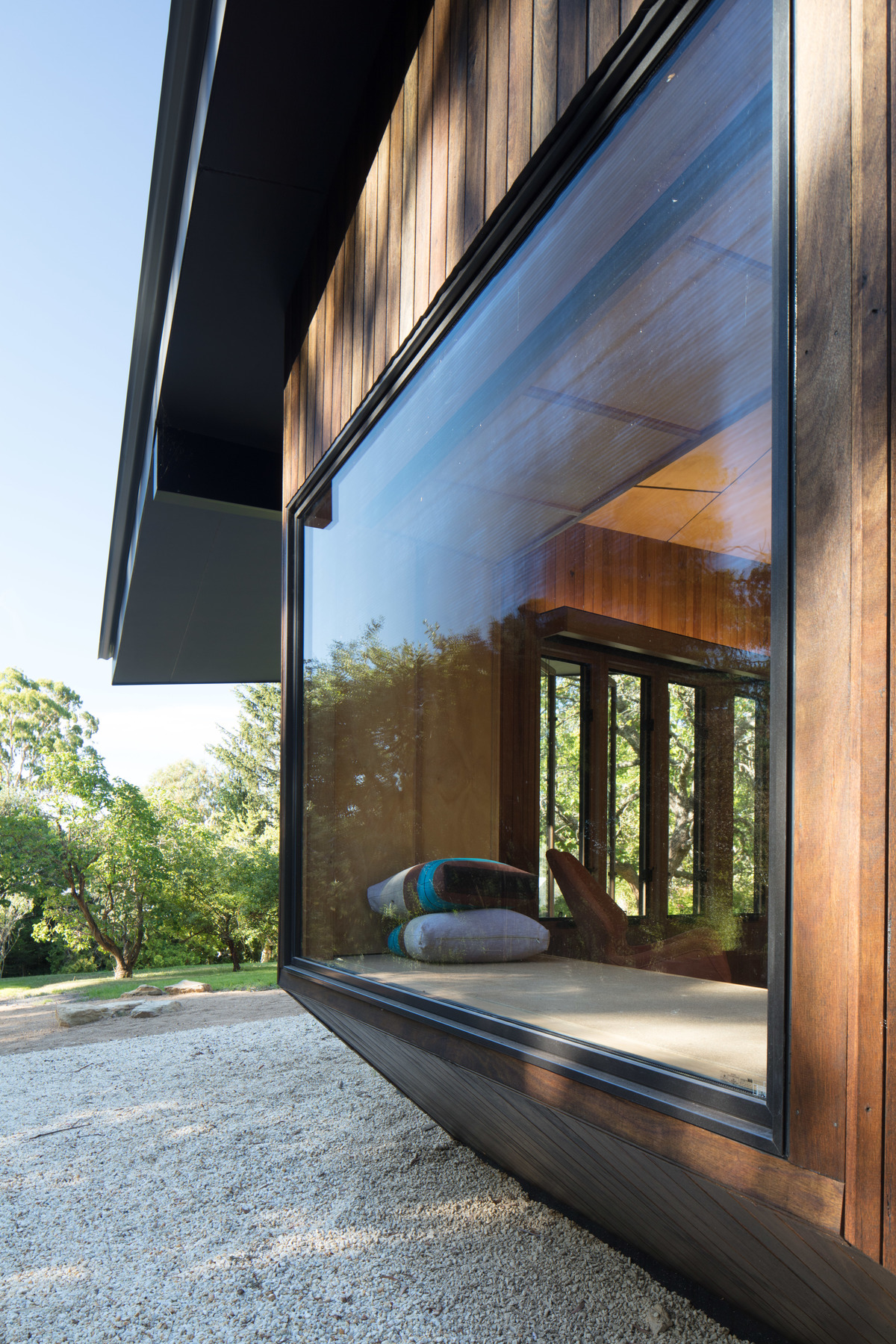 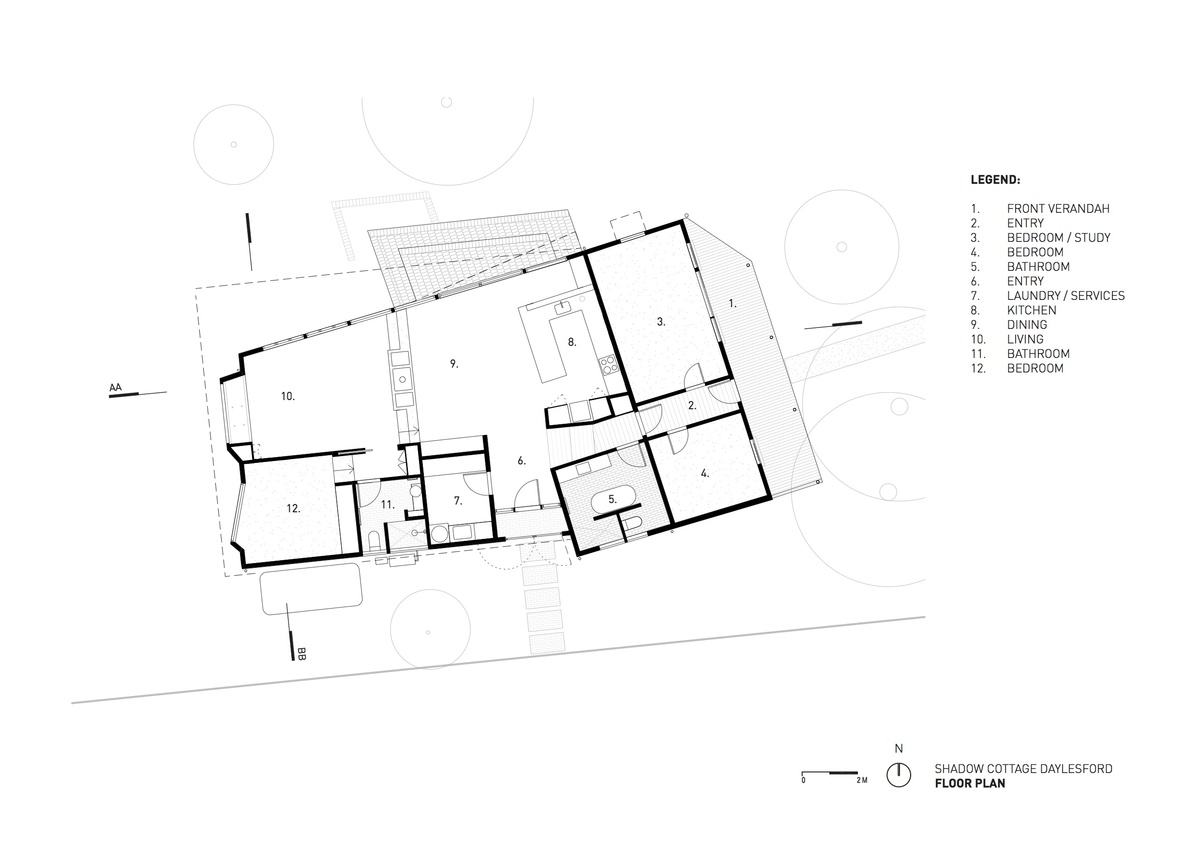