Sometimes what at first seems like the simplest of a problem (a new pergola) proves to be the trickiest to solve. But, if you get it right, the solution can solve a number of problems with one (sinuous) stroke... 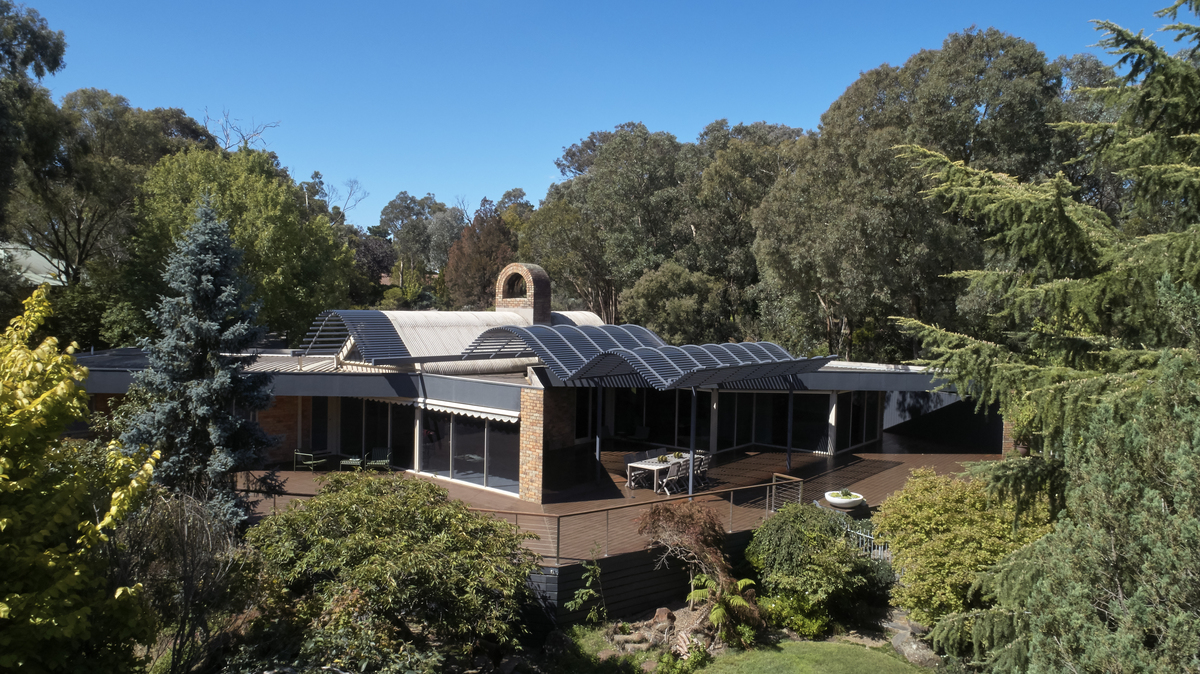 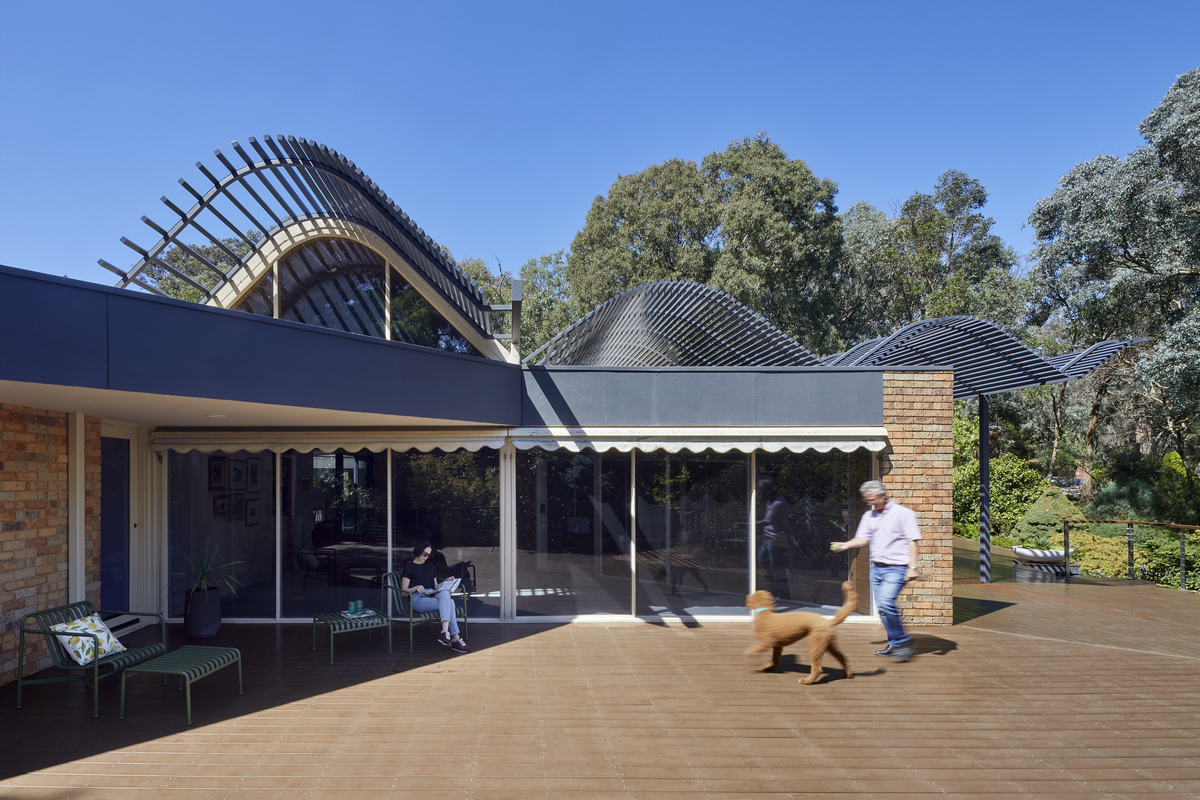 This new pergola, Shadow Play, inspired by the original home's roofline, provides additional shade without blocking light and views. The structure, designed by Inbetween Architecture is not the type of project they would normally tackle, but as architect John Lui explains, "the brief was rather unusual and quite different to the type of commissions we normally undertake. But we were up for a challenge." 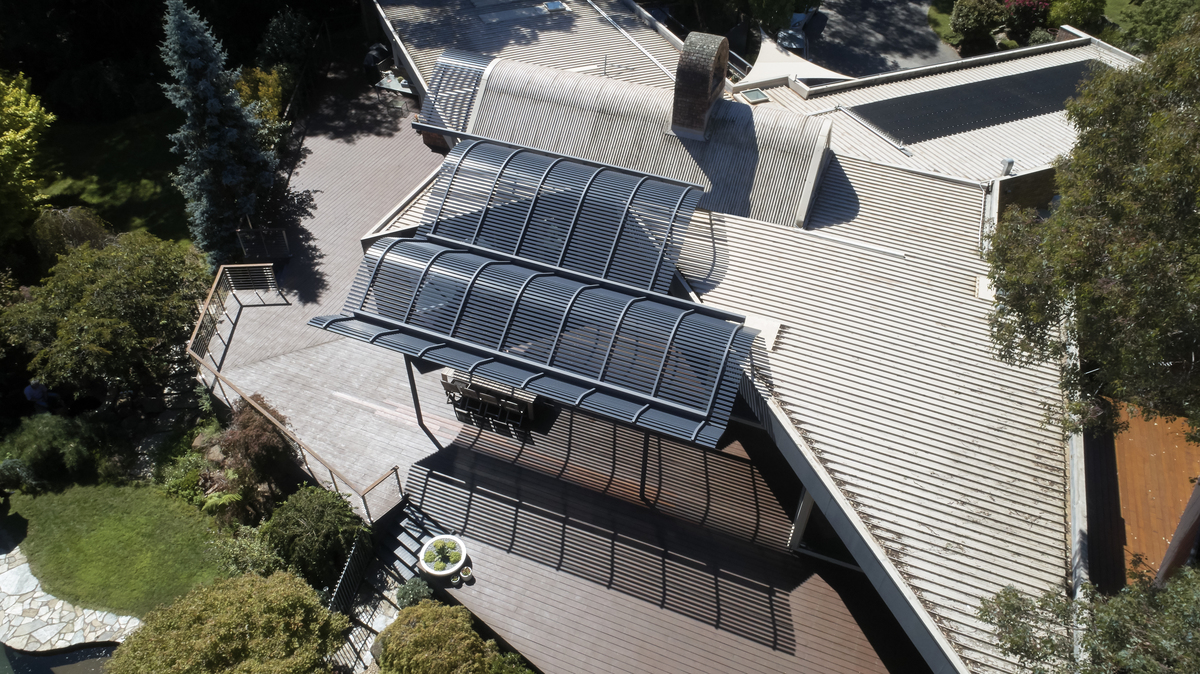 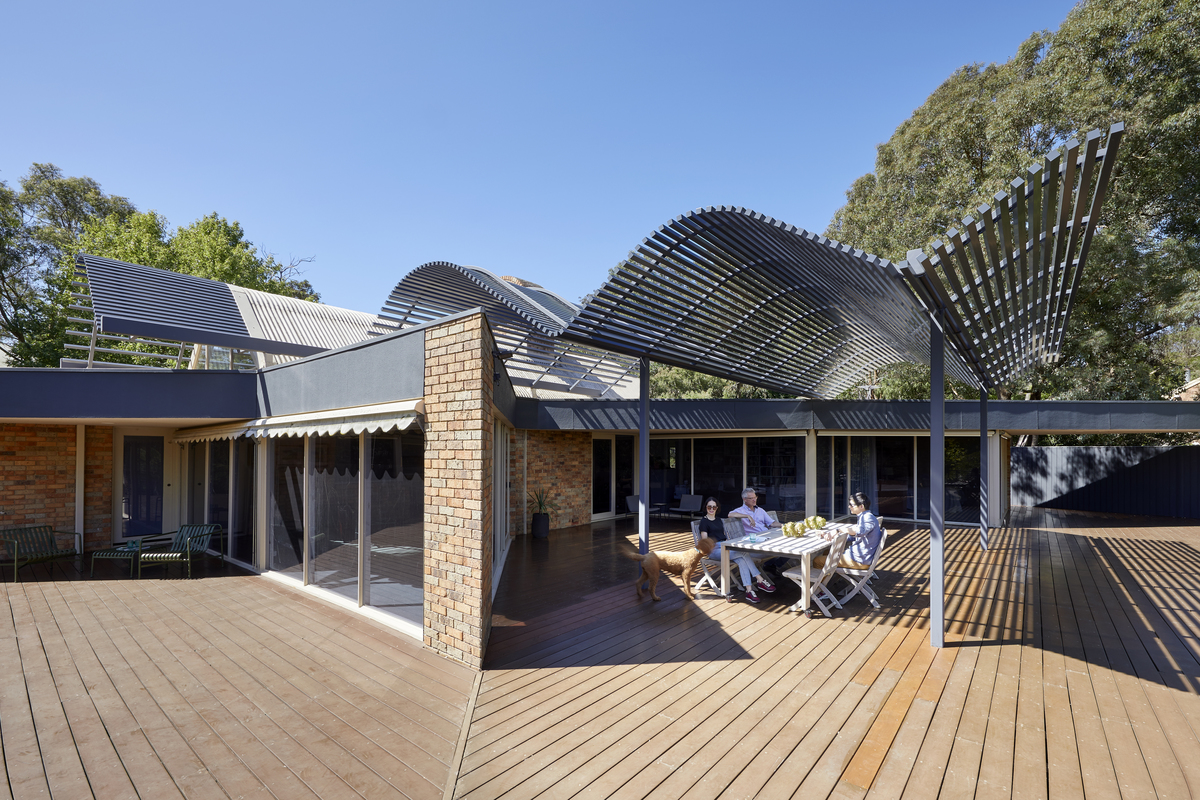 The design needed to provide shade to a substantial west-facing deck without blocking out views of the sky and light to the bedroom and study to the south. The original home is a '90s design with a bold, angular design and a barrel-shaped roof over the living area and dining rooms, so any new structure would also have to play nicely with the existing home. 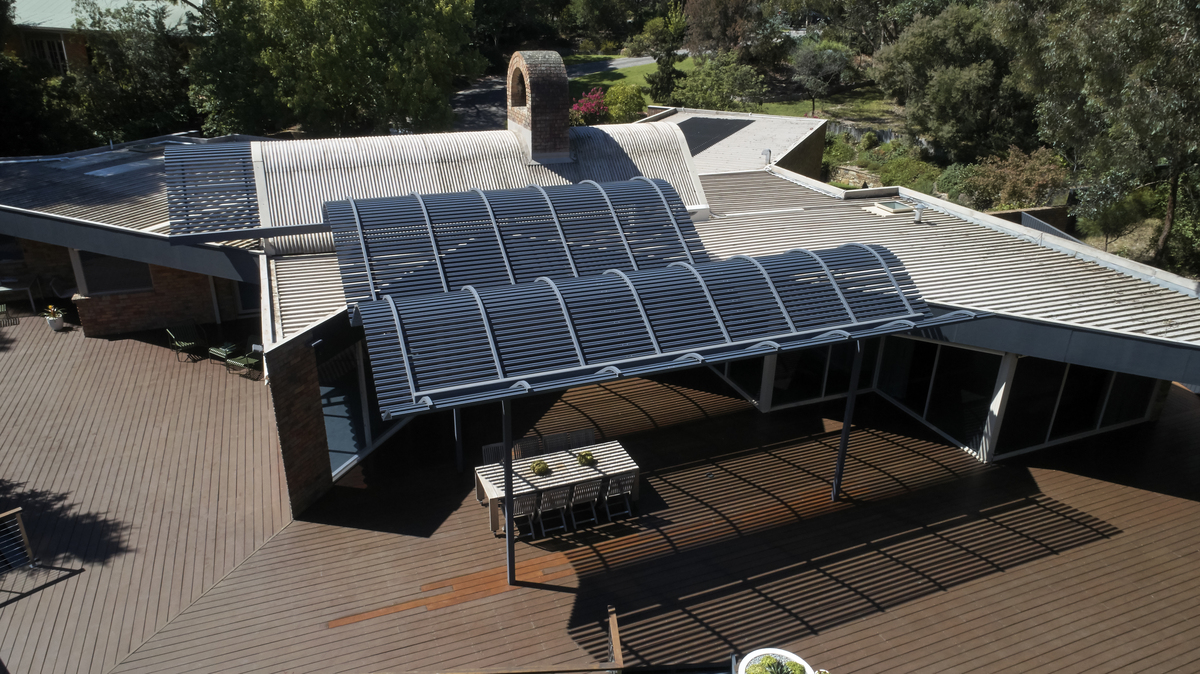 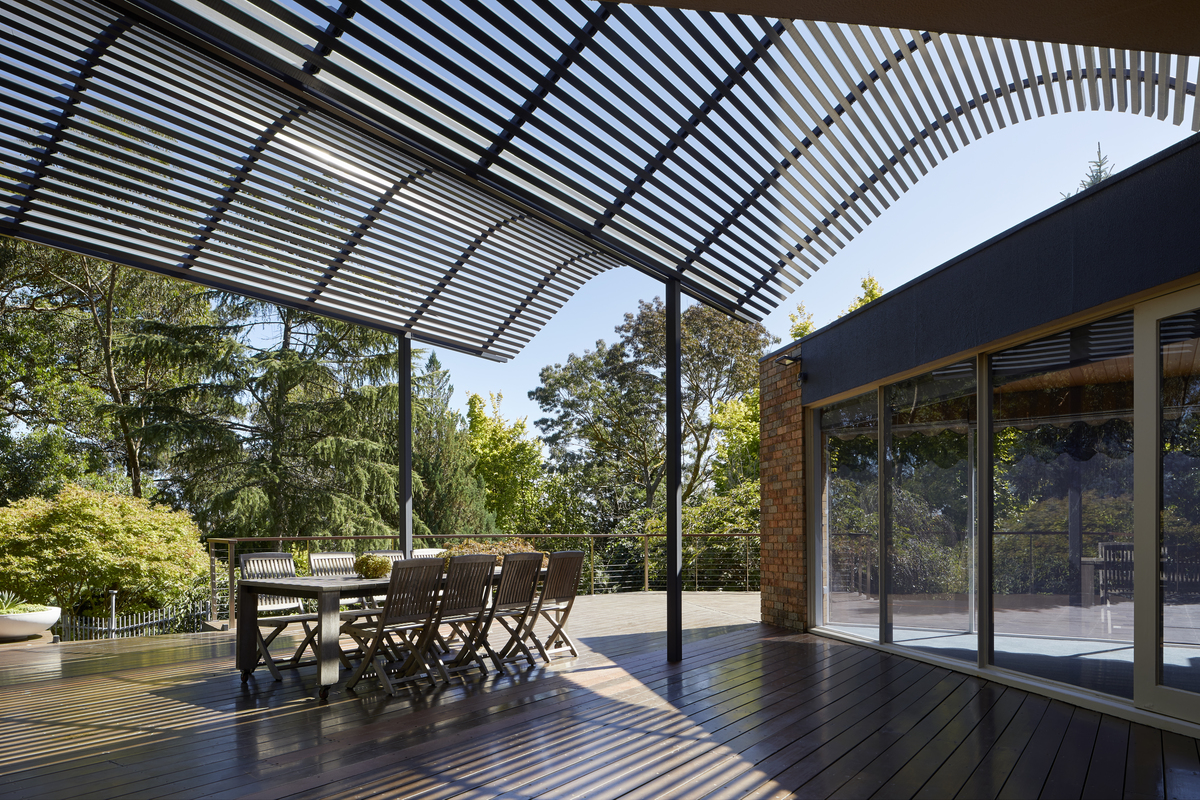 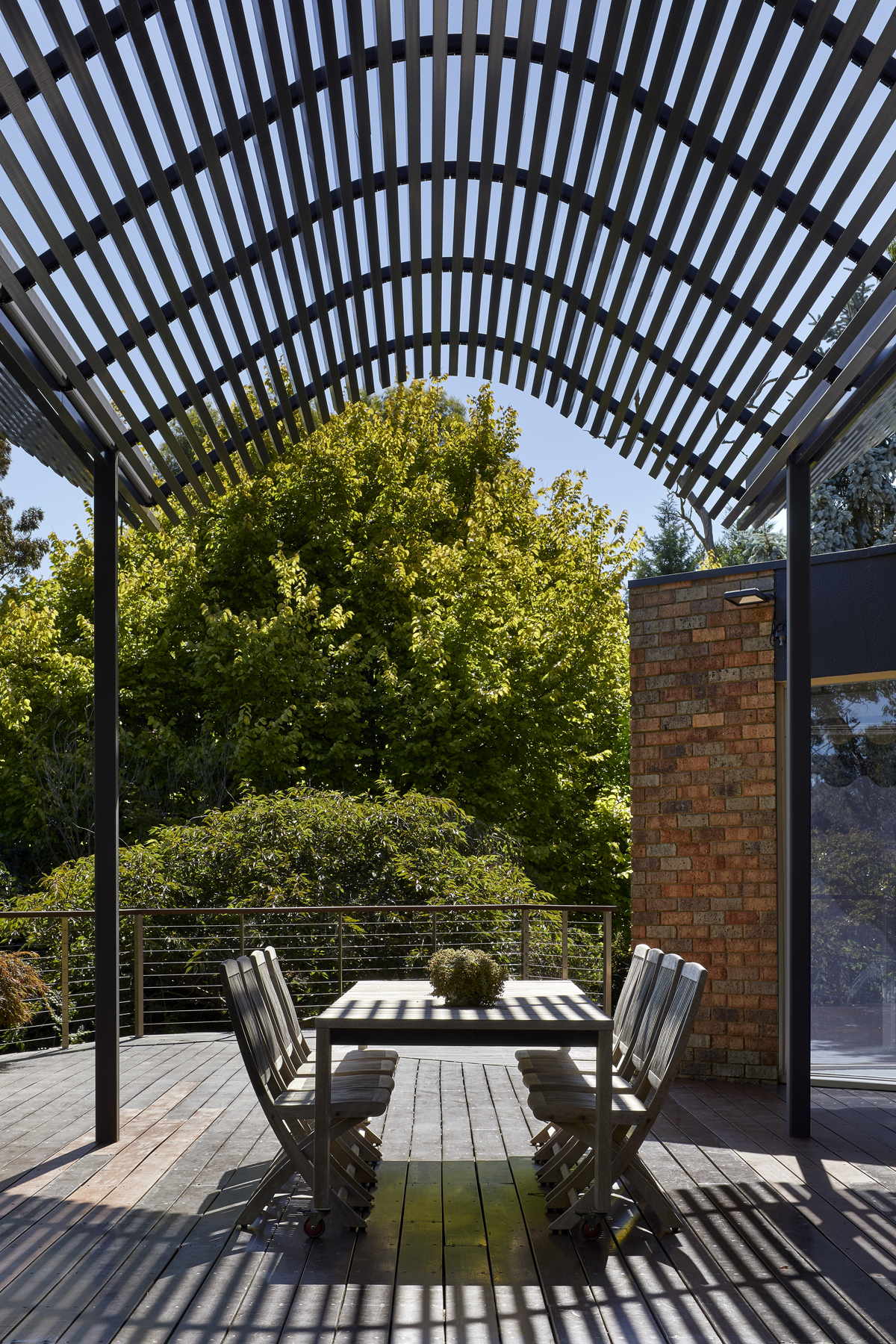 Another key requirement was to limit the number and size of columns to minimise the disruption of the deck. The design would need to provide plenty of space for furniture and, besides, no one wants to be navigating around numerous columns after a long night of entertaining! 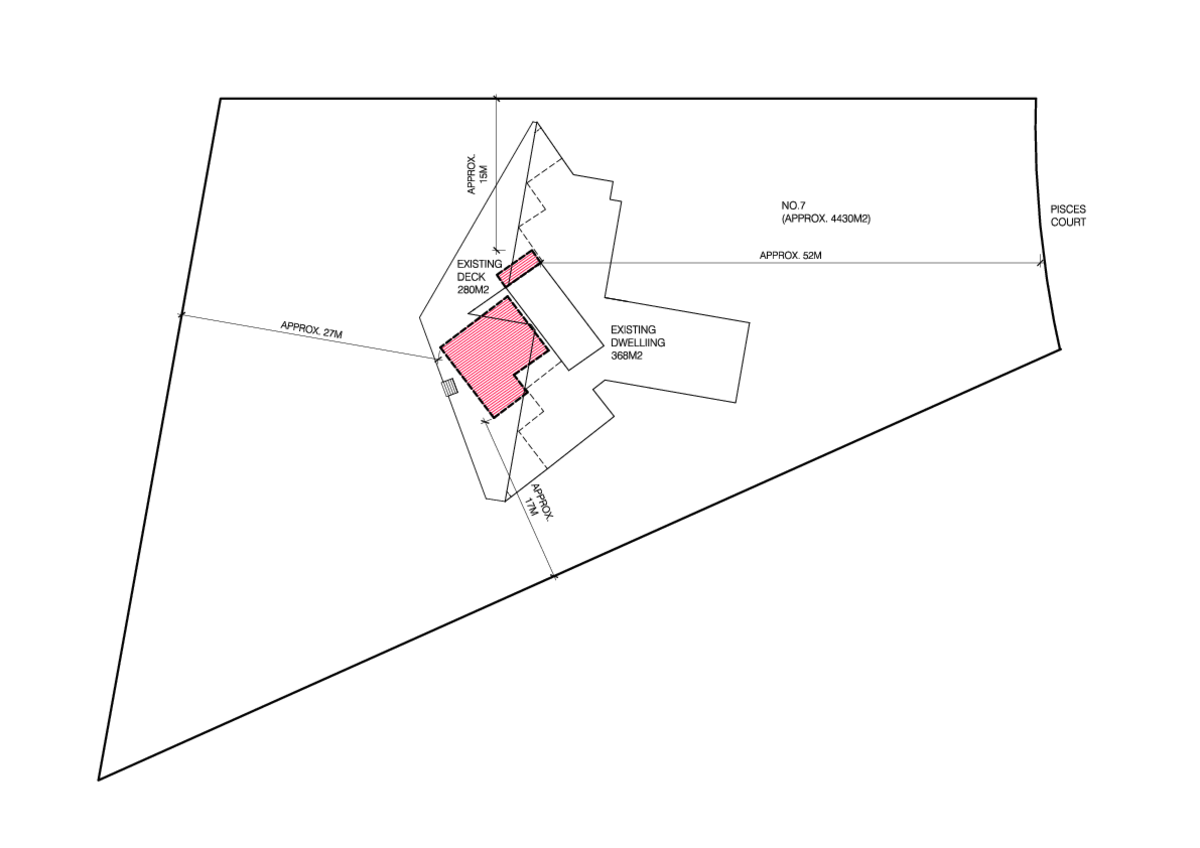 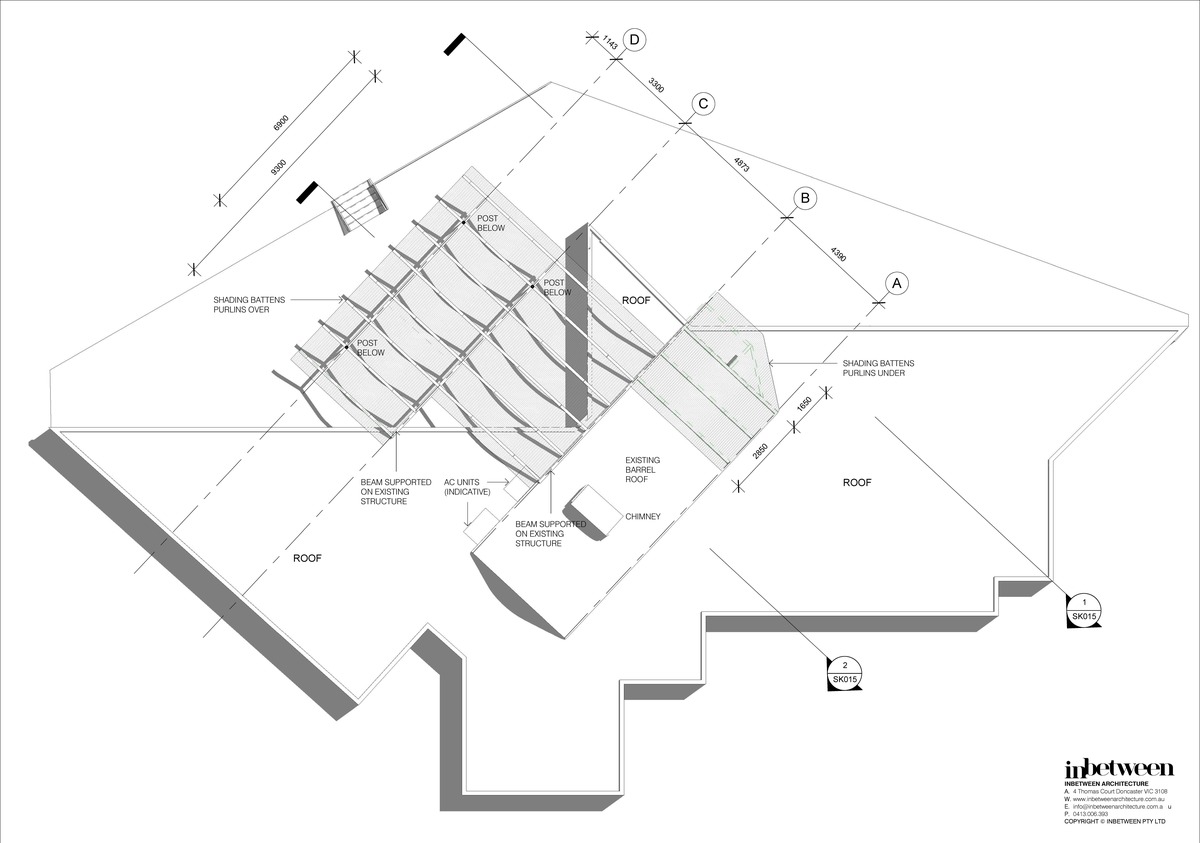 The architect undertook a number of site analyses and sun studies to determine the best solution to the problem. Ultimately they landed on a wave-like design which honours the existing barrel vault, offers plenty of summertime shade and maintains views of the sky and treetops from the house. 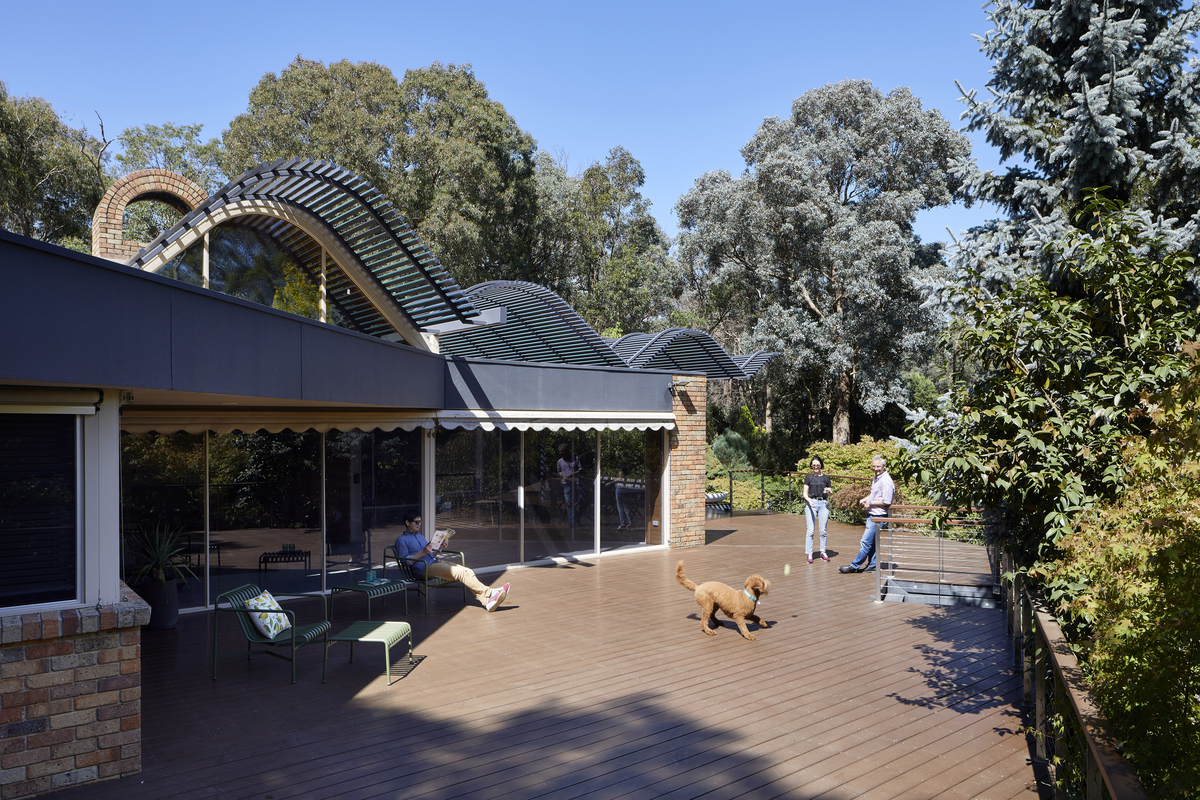 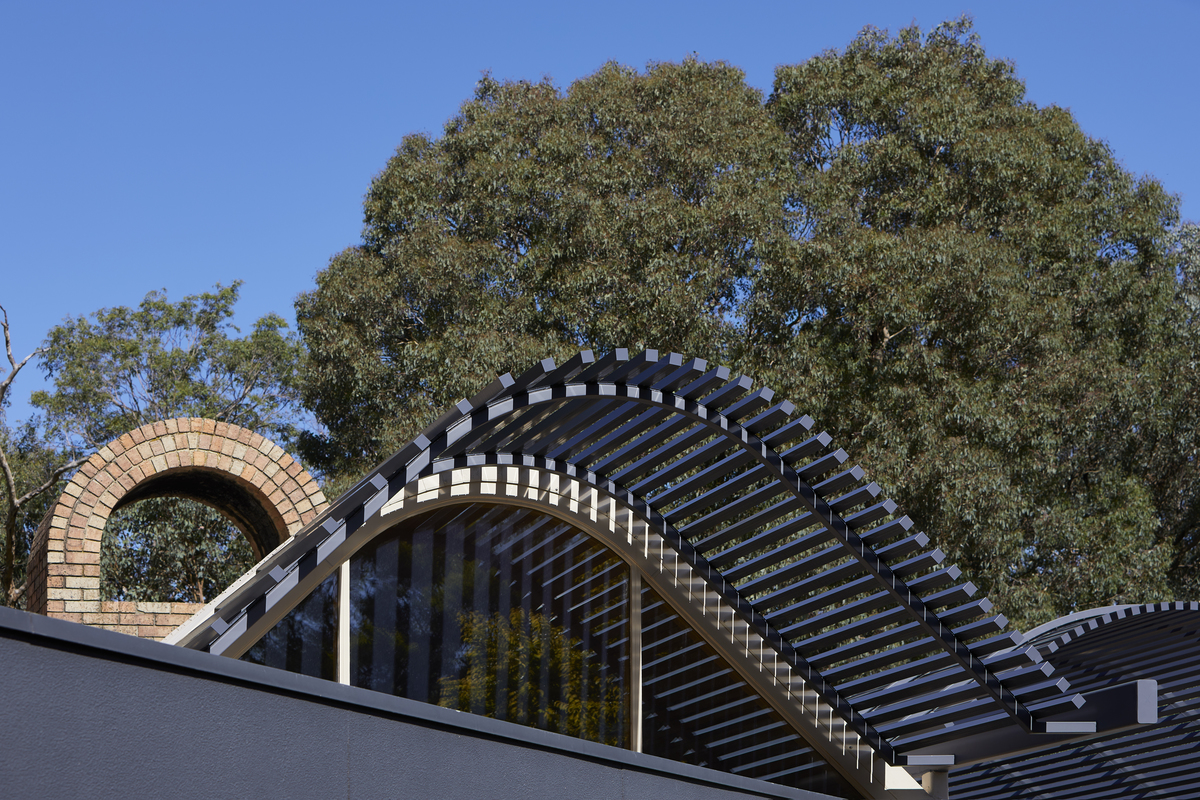 Using aluminium battens on curved steel beams means the structure looks delicate and light. The decision to use battens instead of a solid surface also makes the structure feel lighter. "The click-on aluminium shading battens are a propitiatory system from Sculpform", explains John. "They are light-weight, low maintenance, quick to install and flexible to create [a] curved shade." The battens are also extended over the existing barrel vault to shade the north-facing clerestory windows, improving the performance of the existing home. 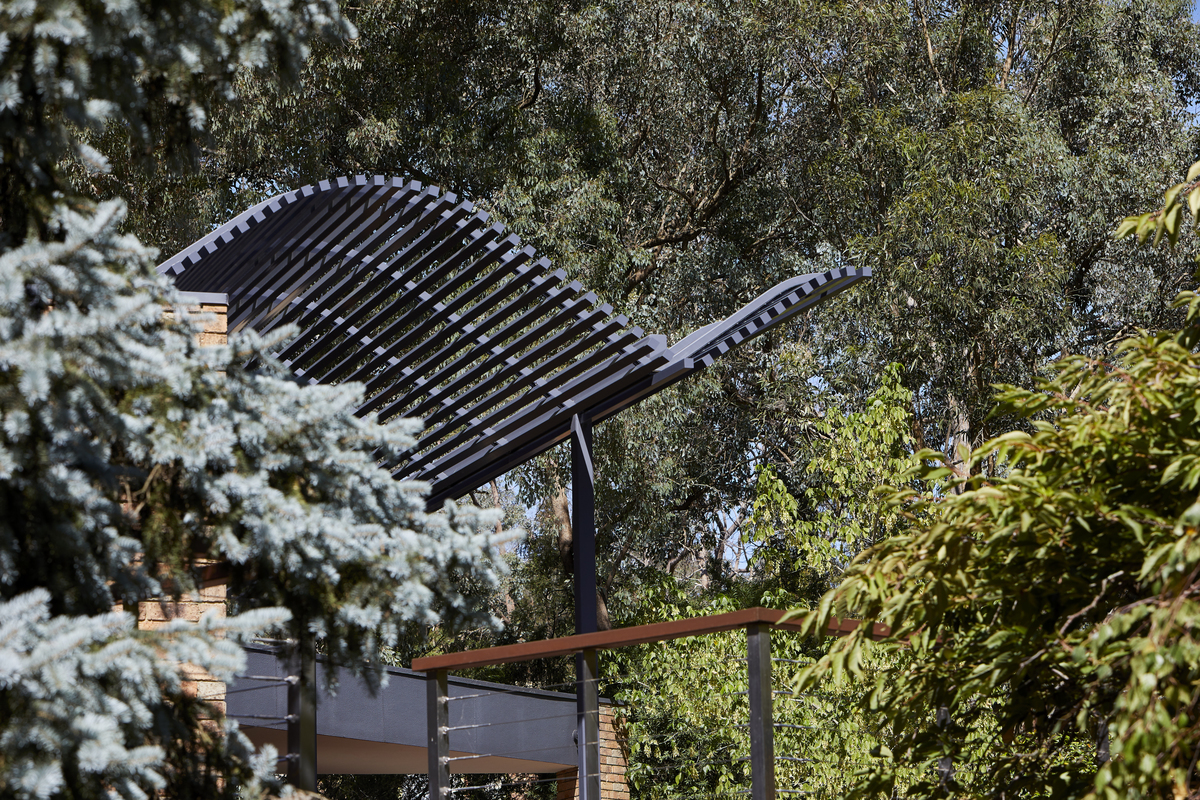 "The result? A visually striking pergola that's clearly contemporary in structure and detailing yet integrates with the old house like it has always been there." 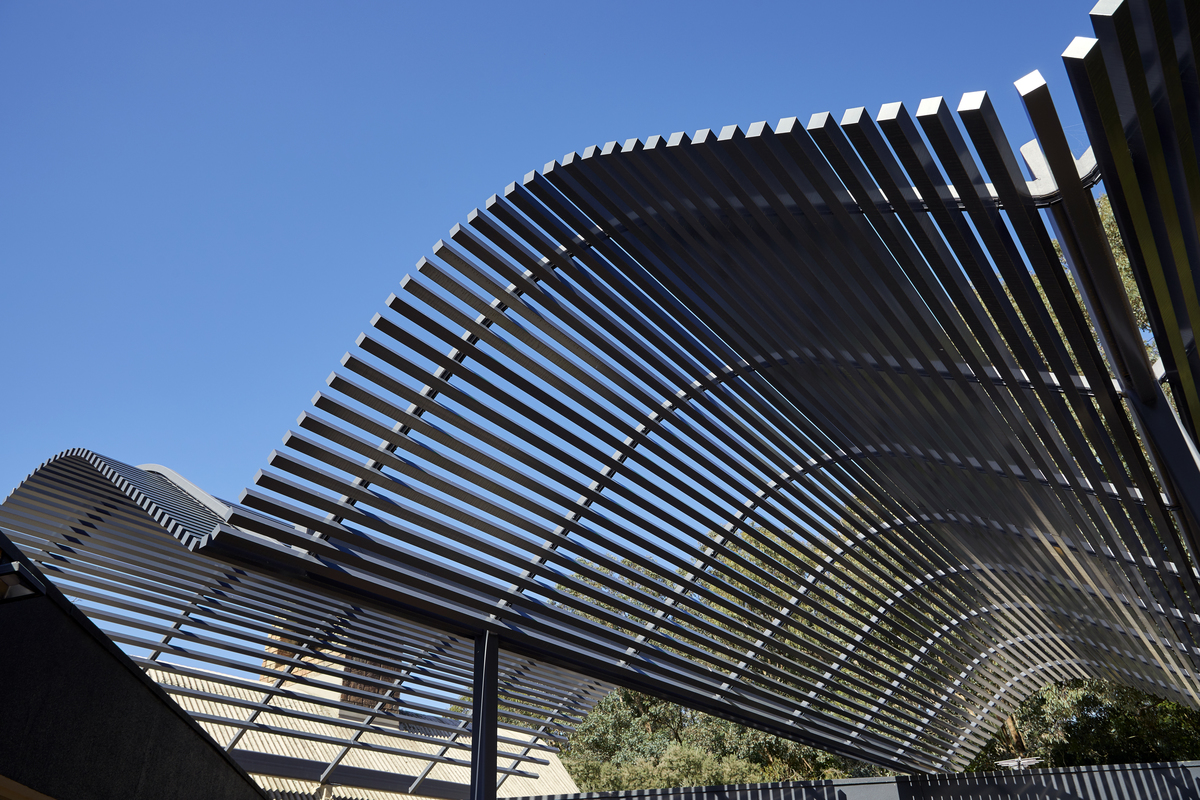 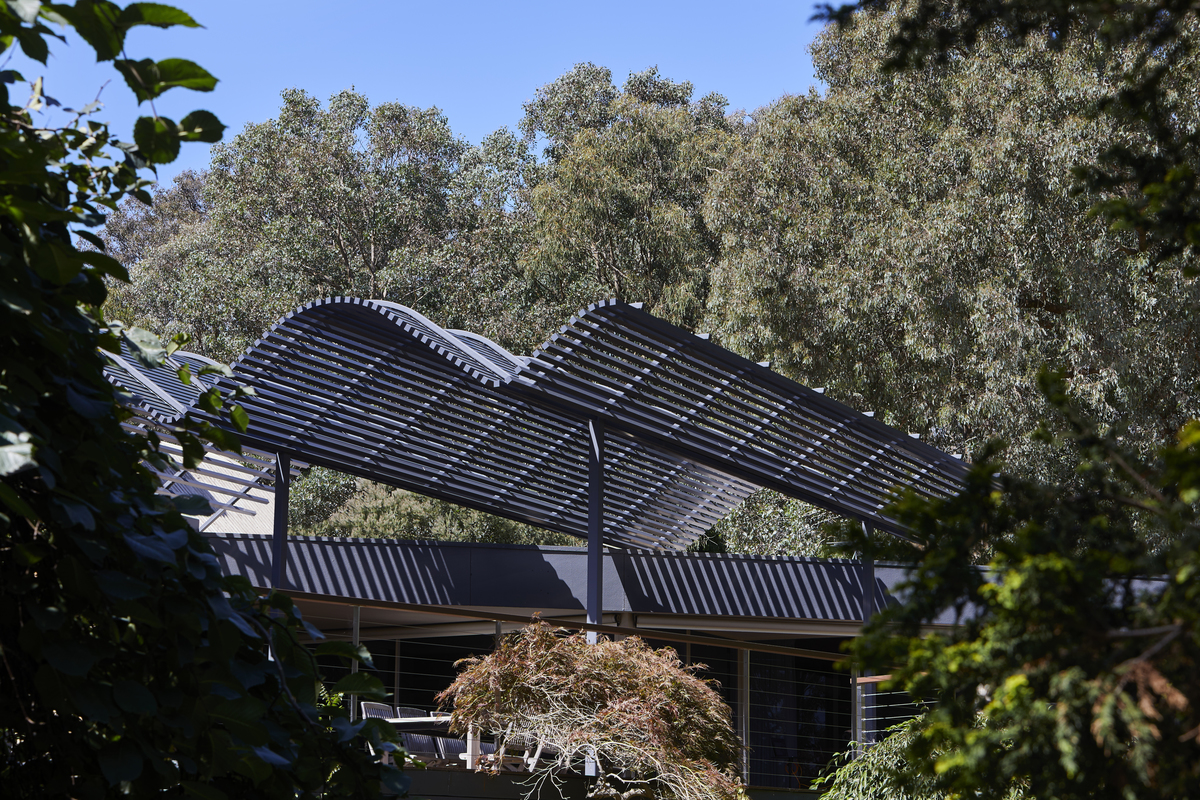 While a simple, flat pergola might have solved the shade issue, it would have brought other problems along with it. Shadow Play demonstrates how design thinking, even with simple structures like pergolas can solve numerous problems at once and add a little flair to boot. 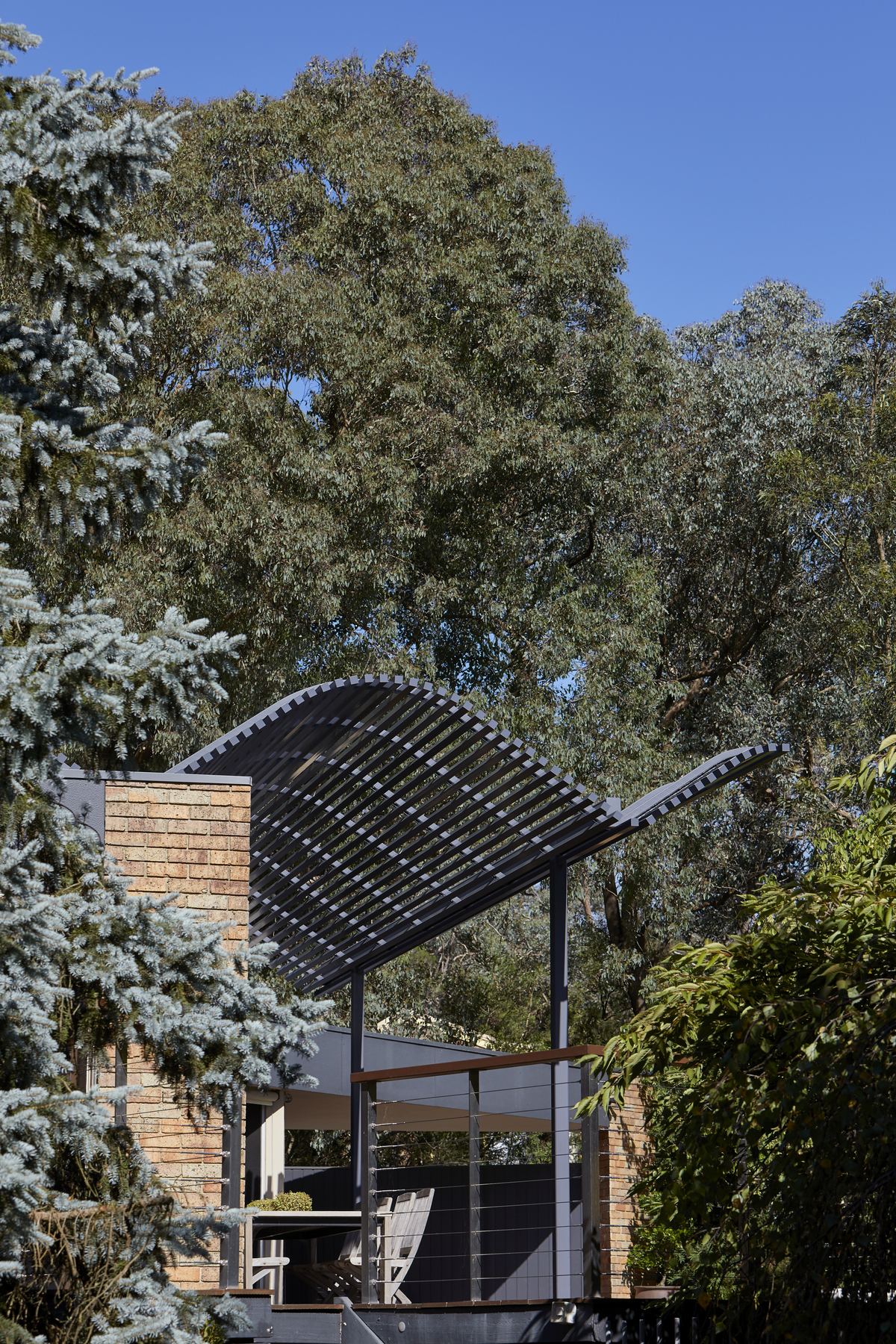 Tell us what you love about Shadow Play...