Stonewood House: Wooden 'Bricks' Connect with a Nearby Bluestone Home

Stonewood, designed by Breathe Architecture sits on a charming tree-lined street in Melbourne's inner-north suburb, Northcote. Like much of the area, the street has heritage status. While there are a few period homes on the street, many are more modern 1950s and 1960s era homes. The heritage overlay makes gaining a planning permit more difficult, but an architect like Breathe has a number of strategies they can use to gain approval for a new home in a heritage area… 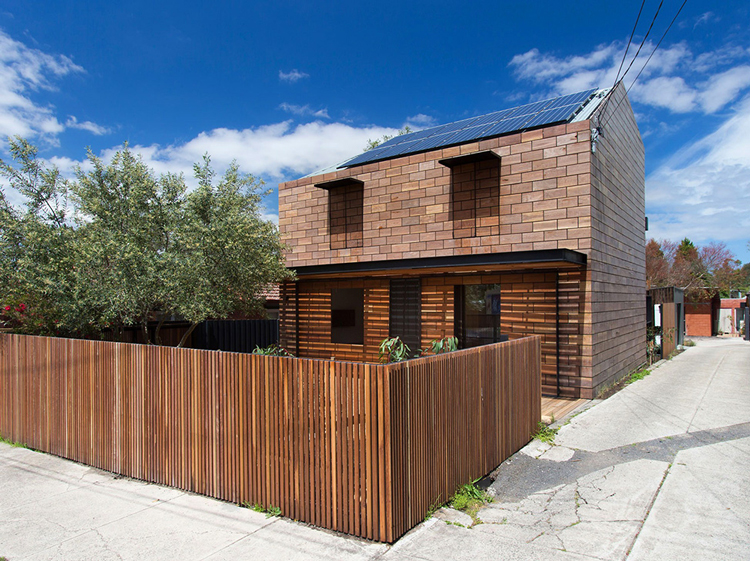 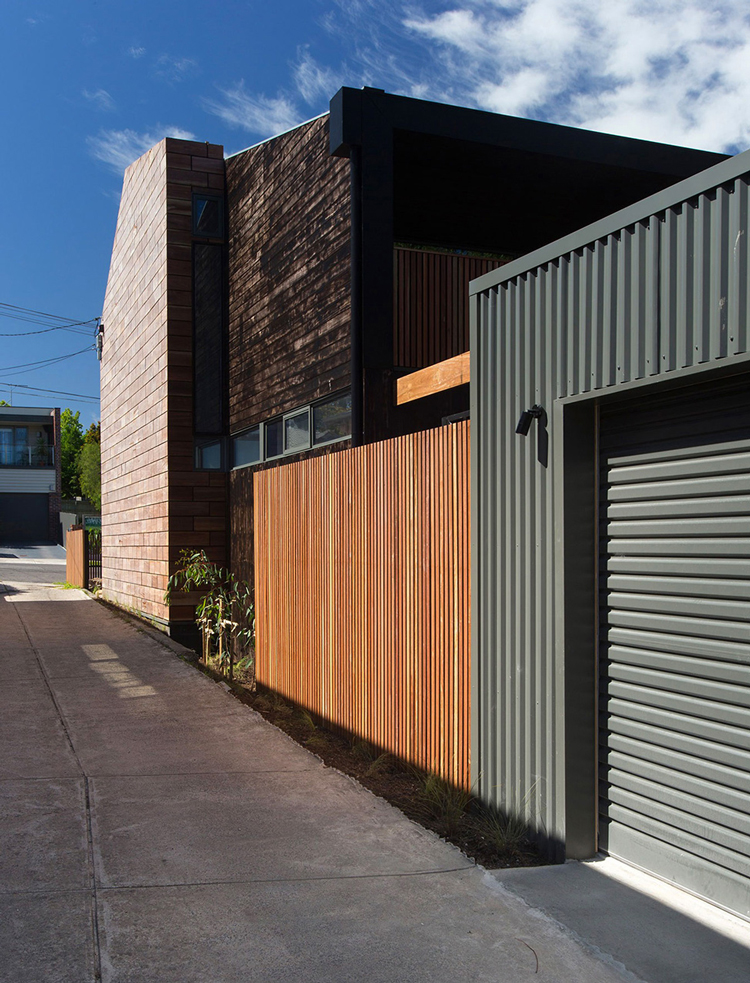 The original building on the site was an early twentieth century timber in very poor condition. It would have been difficult and expensive to restore and the couple and their three children who bought the site wanted to pull it down and build a new house. This created resistance from the local council, but Breath Architecture were able to win them over with a design that was sensitive to the area and referenced a period home in the street. 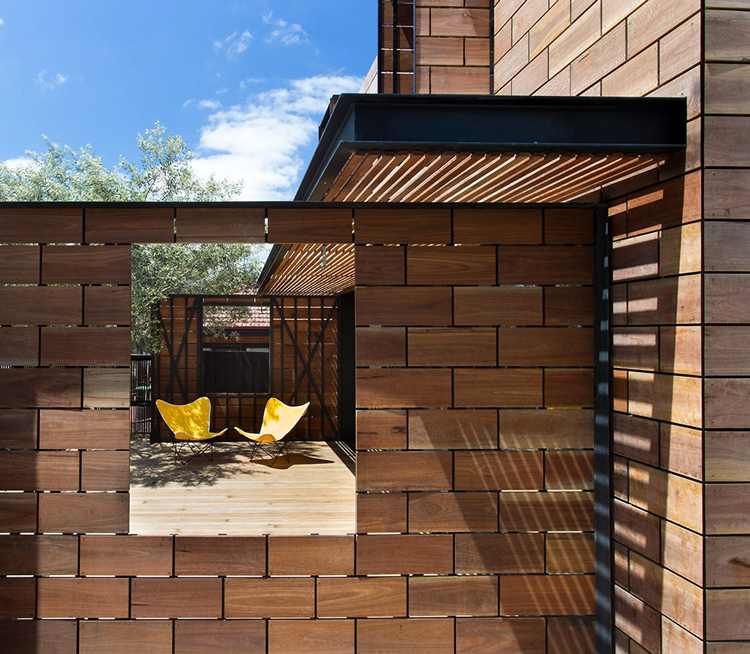 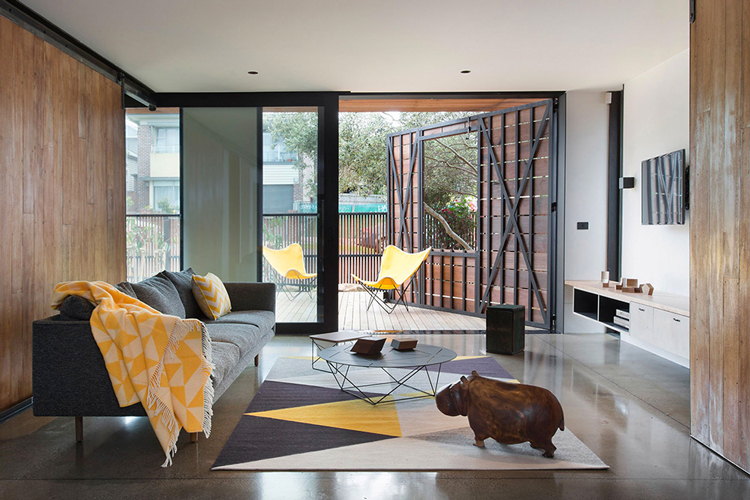 An old bluestone house just down the street provided the inspiration for Stonewood. The front of the two story 1850s home isn't visible from the street, it had provided the basis for the heritage overlay in the street. 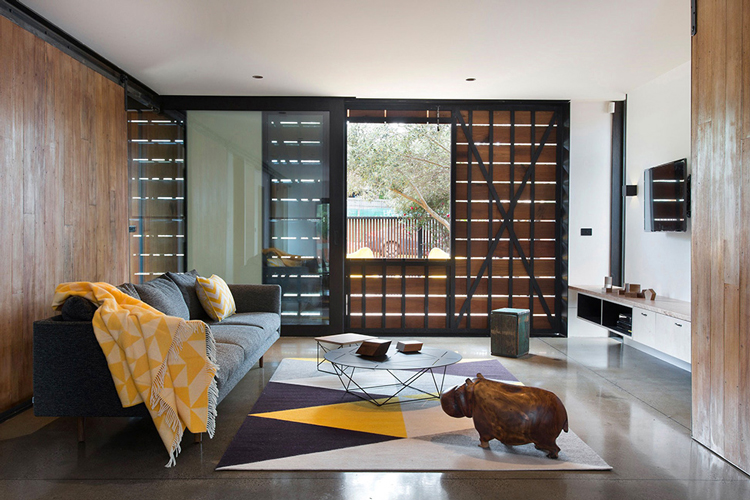 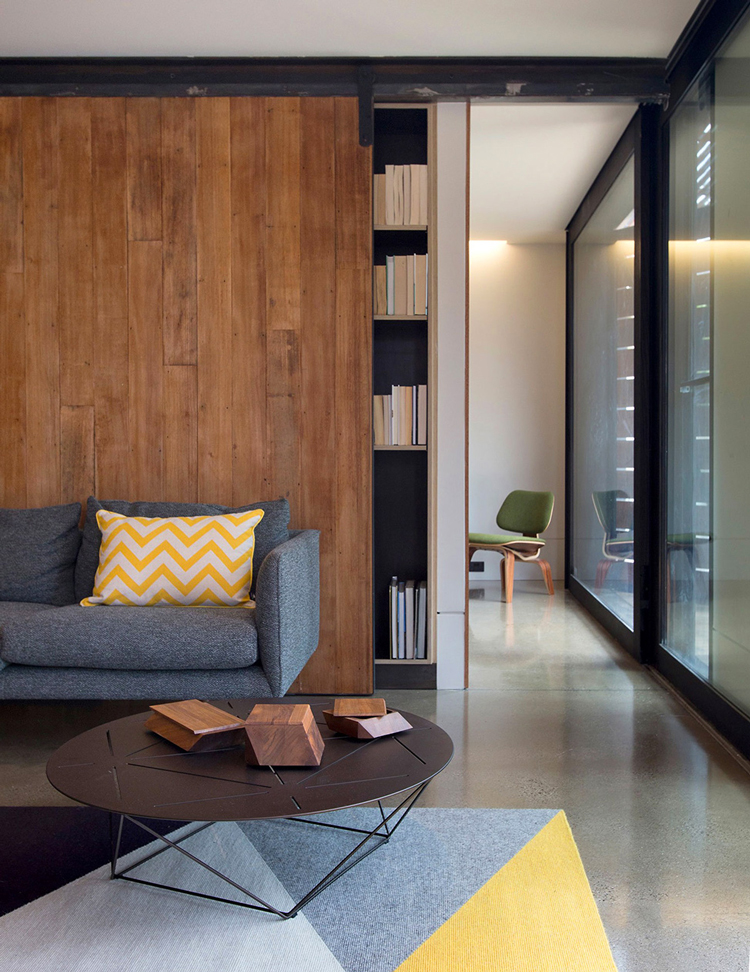 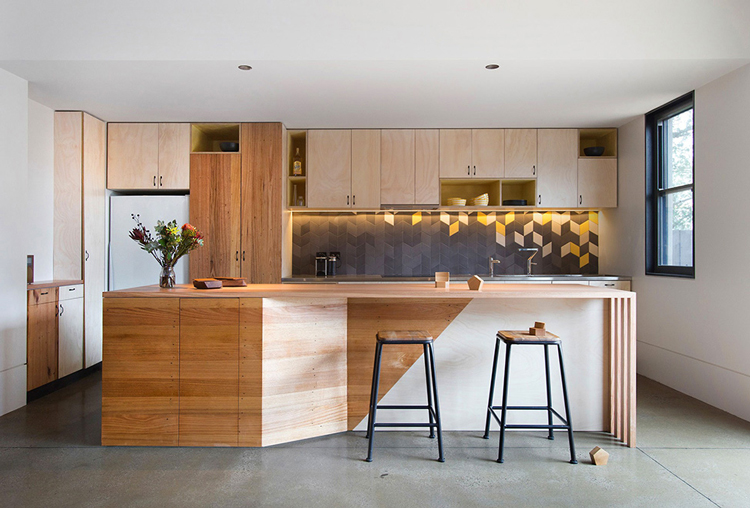 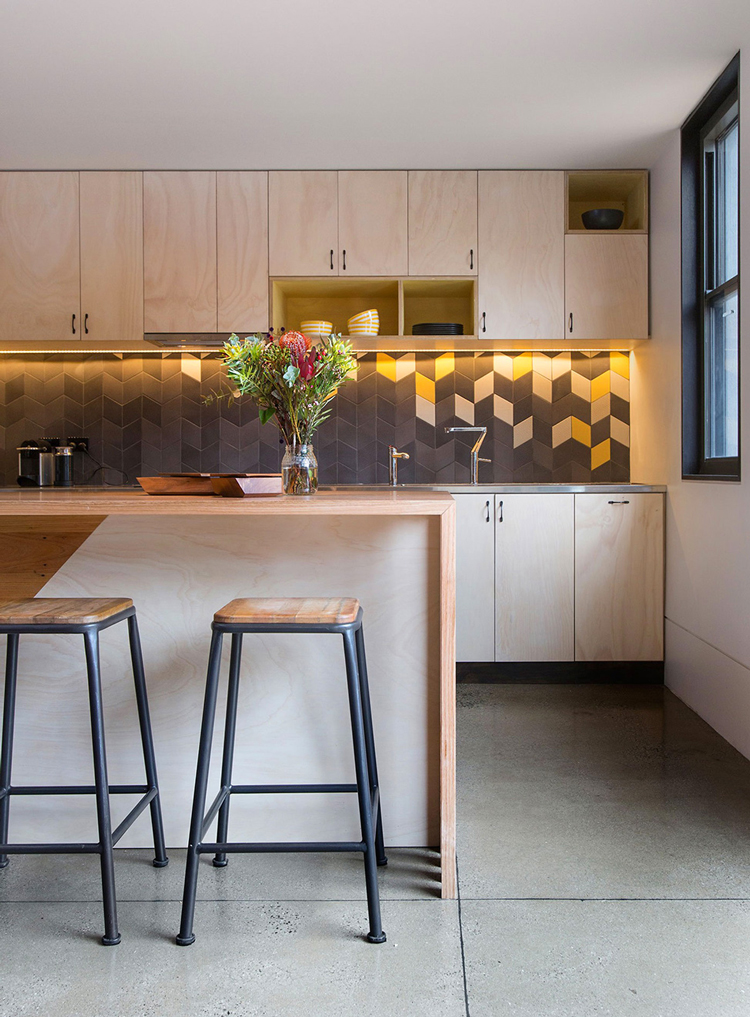 The plan of the home is simple and efficient. The kitchen and living areas are at ground level, facing onto a large deck area created thanks to the generous five meter setback. Upstairs, this "egalitarian family" have four equal sized bedrooms. The bedrooms are separate, but there are internal opening which provide glimpses and connections between bedrooms and the shared spaces of the home. This has allowed the twins to create a pulley system to transport things to each other from their respective bedrooms. 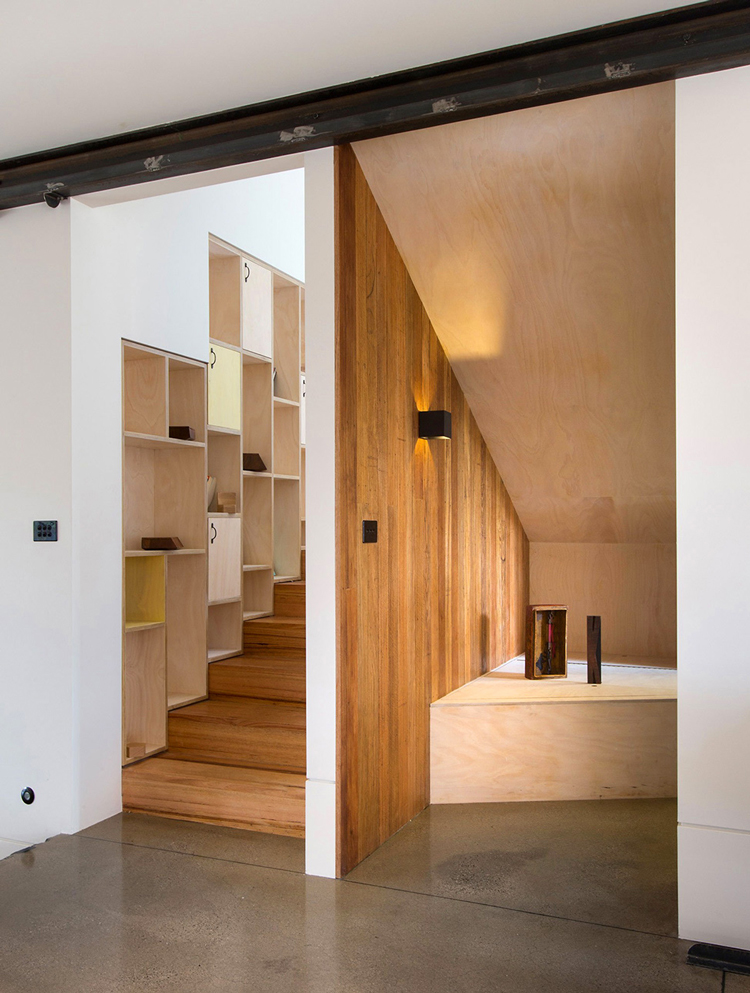 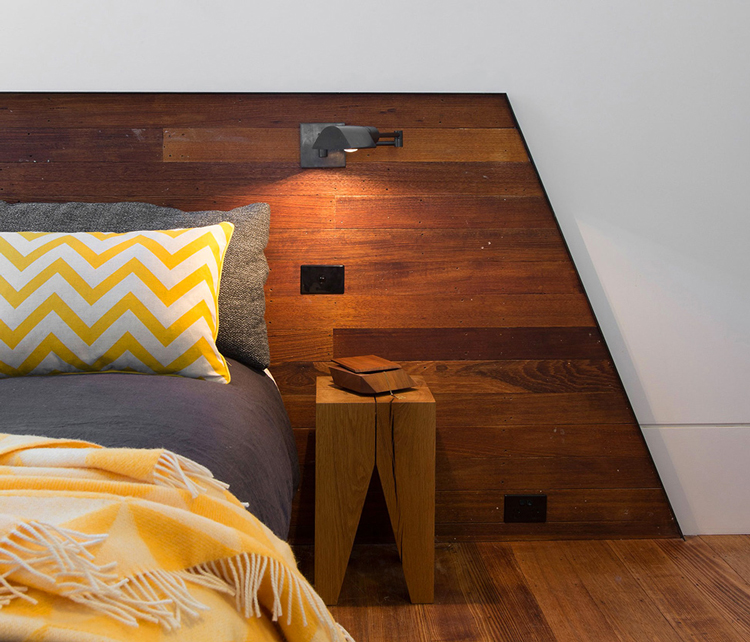 One of the owners, a composer, required a separate music room. The music room is connected to the living area, but separated by a large sliding timber door. When left open this increases the sense of space in the home. Built-in shelves behind the door serve a double purpose, not such providing storage, but creating a sound buffer as well. 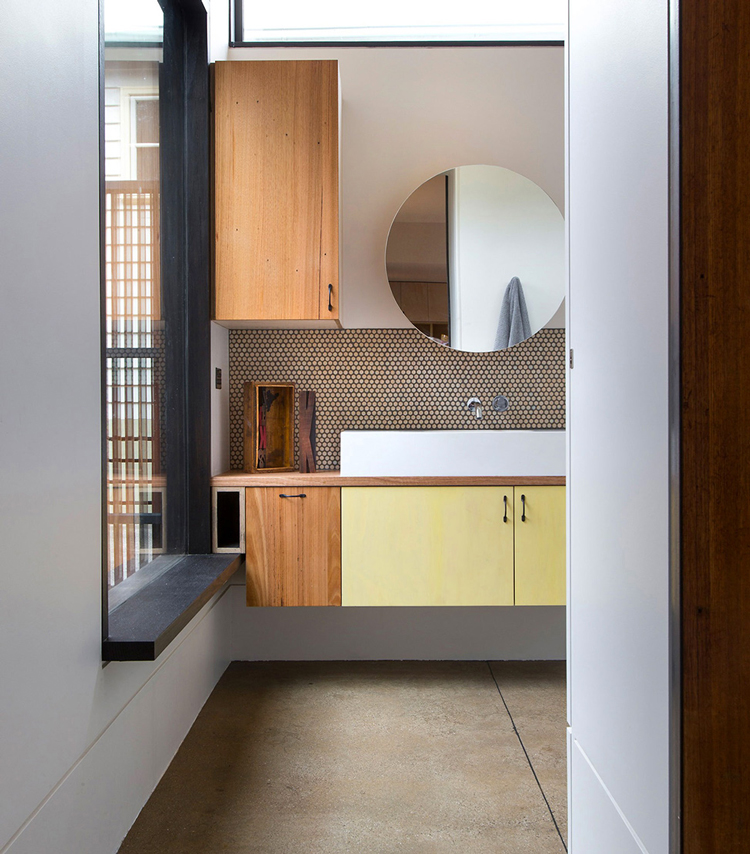 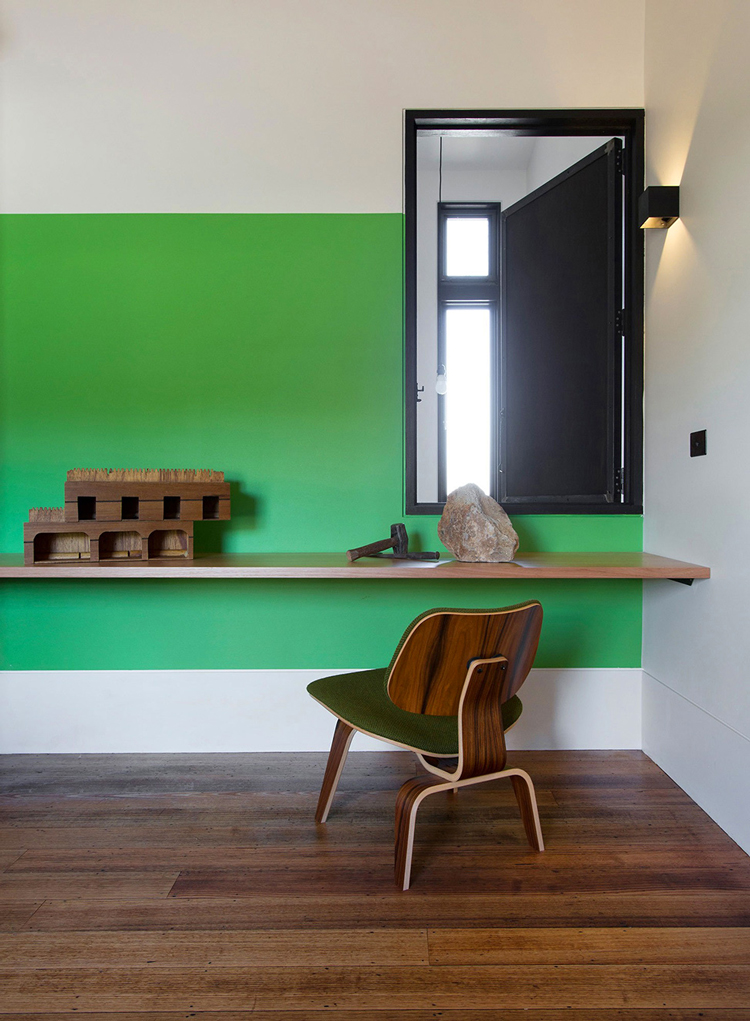 The owners showed the architects an image of Michelangelo's Quattro Prigioni as inspiration for their ideal home. Breathe Architecture used this image to create a sense of the interior being carved from its materials. The kitchen bench, the master bedroom balcony and a reading nook under the stair all share a sense that they've been chiseled out of surrounding materials. 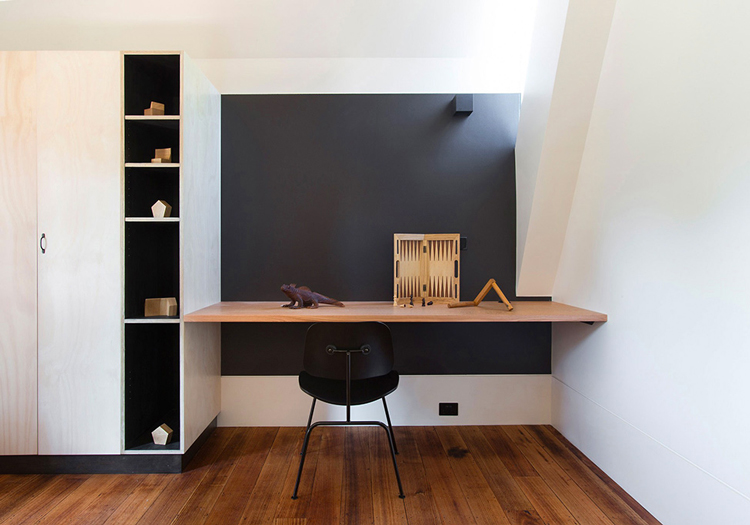 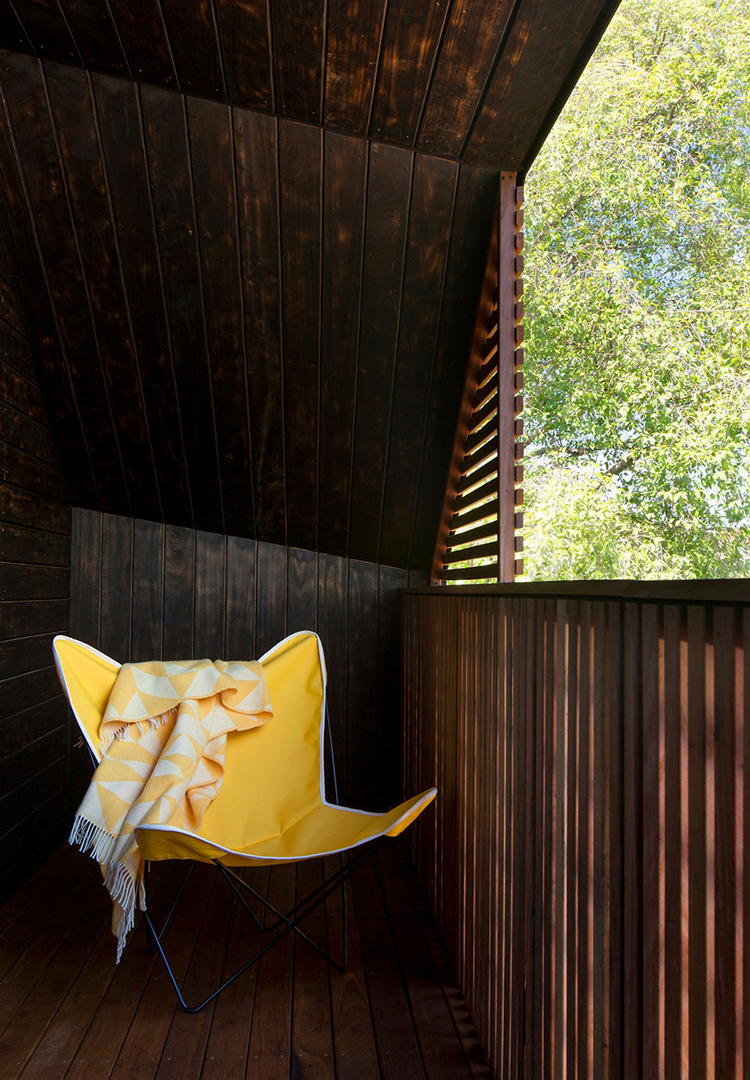 The front garden is not an area that typically gets much playtime in Australian homes, but at Stonewood it is central to the entertainment and playspace of the home. The area is generous -- thanks to that five meter setback. And rather than feeling exposed, timber screens matching the home's exterior can be opened to create a private space. 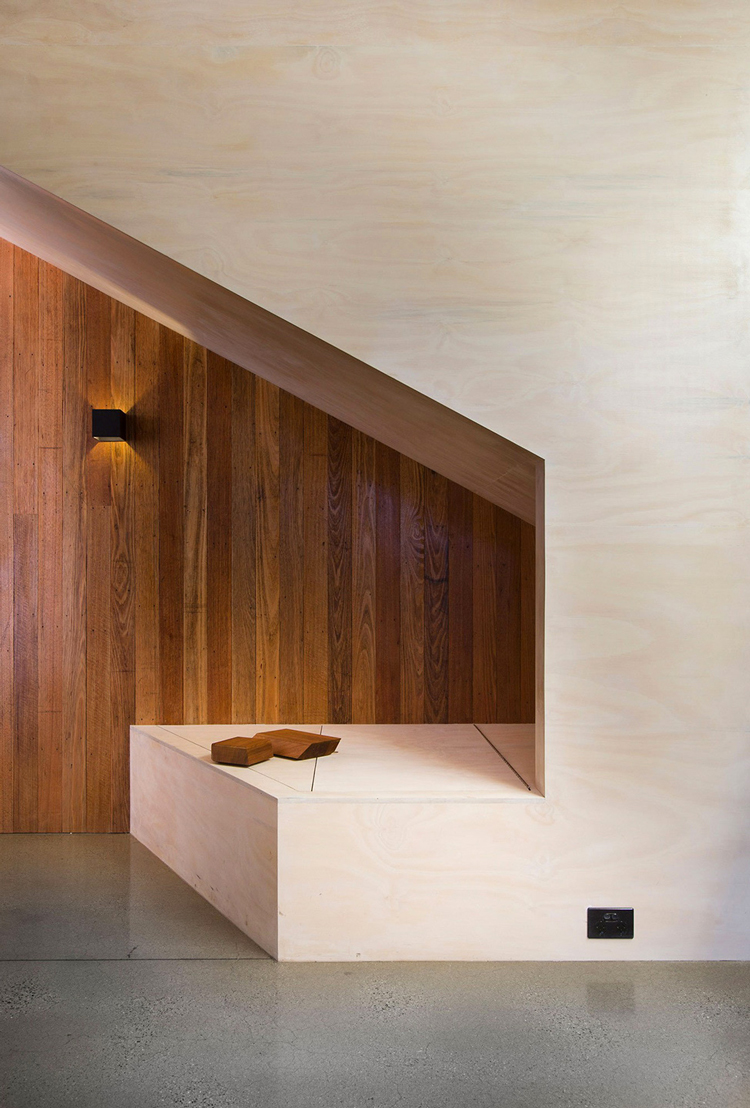 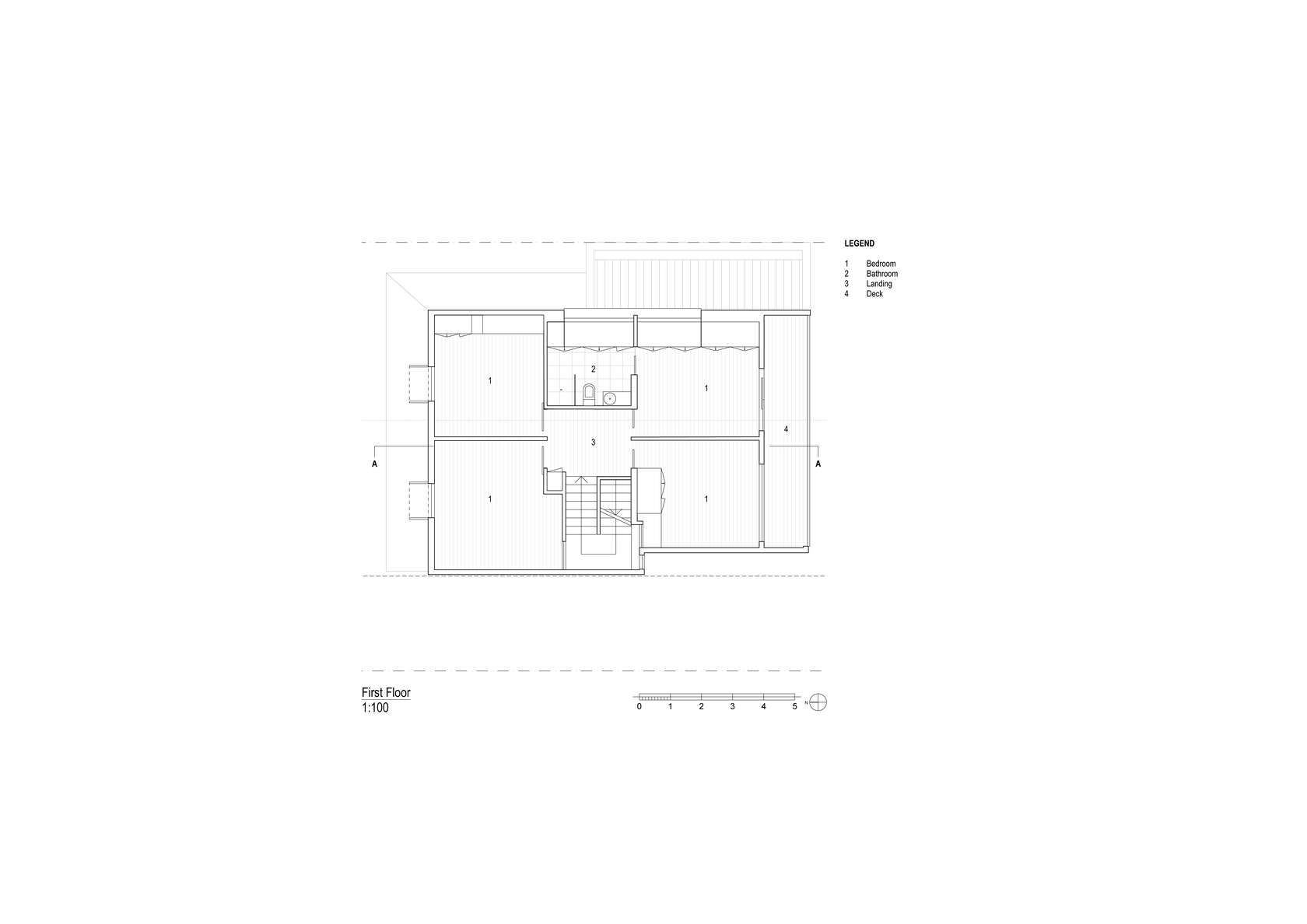 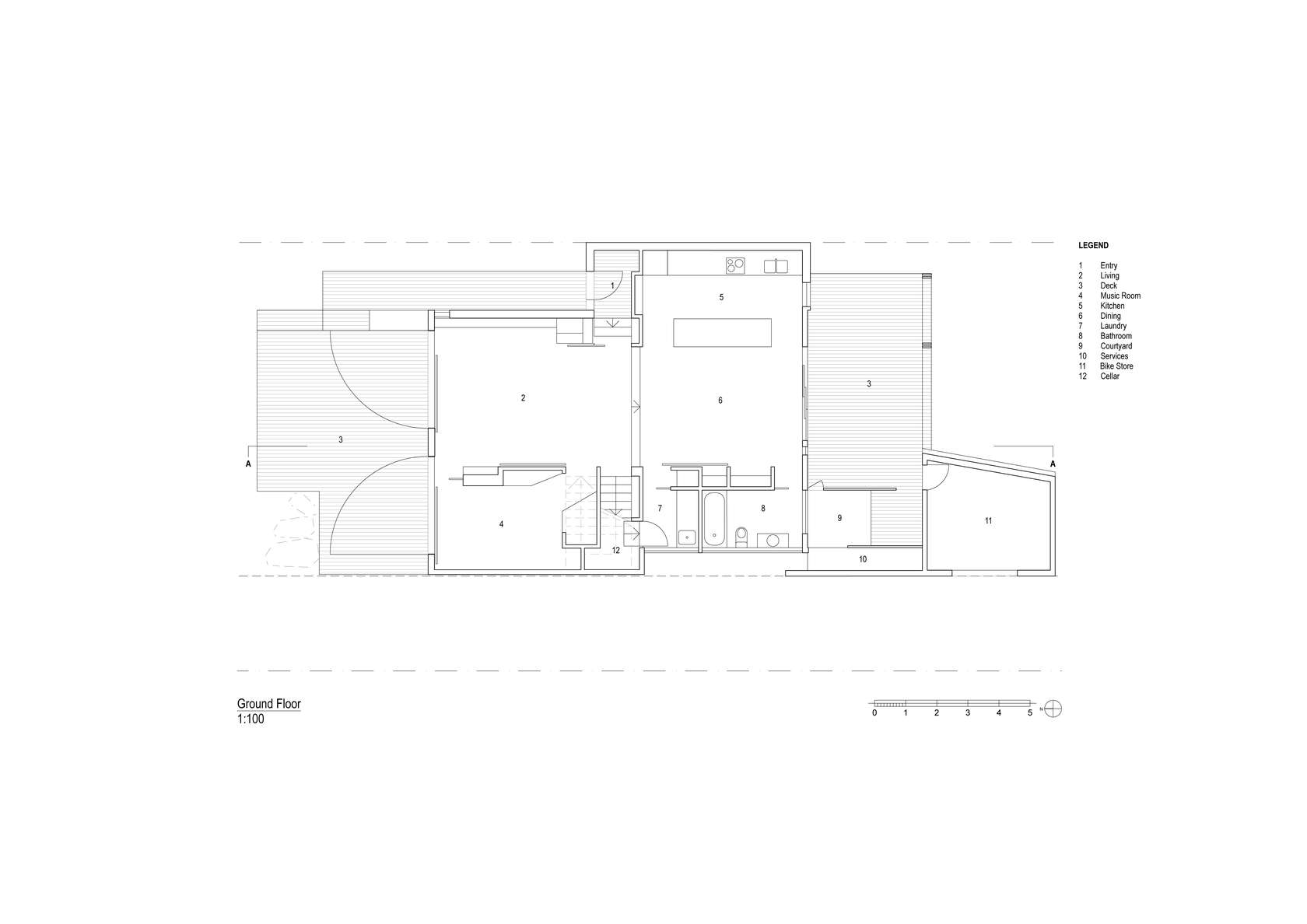 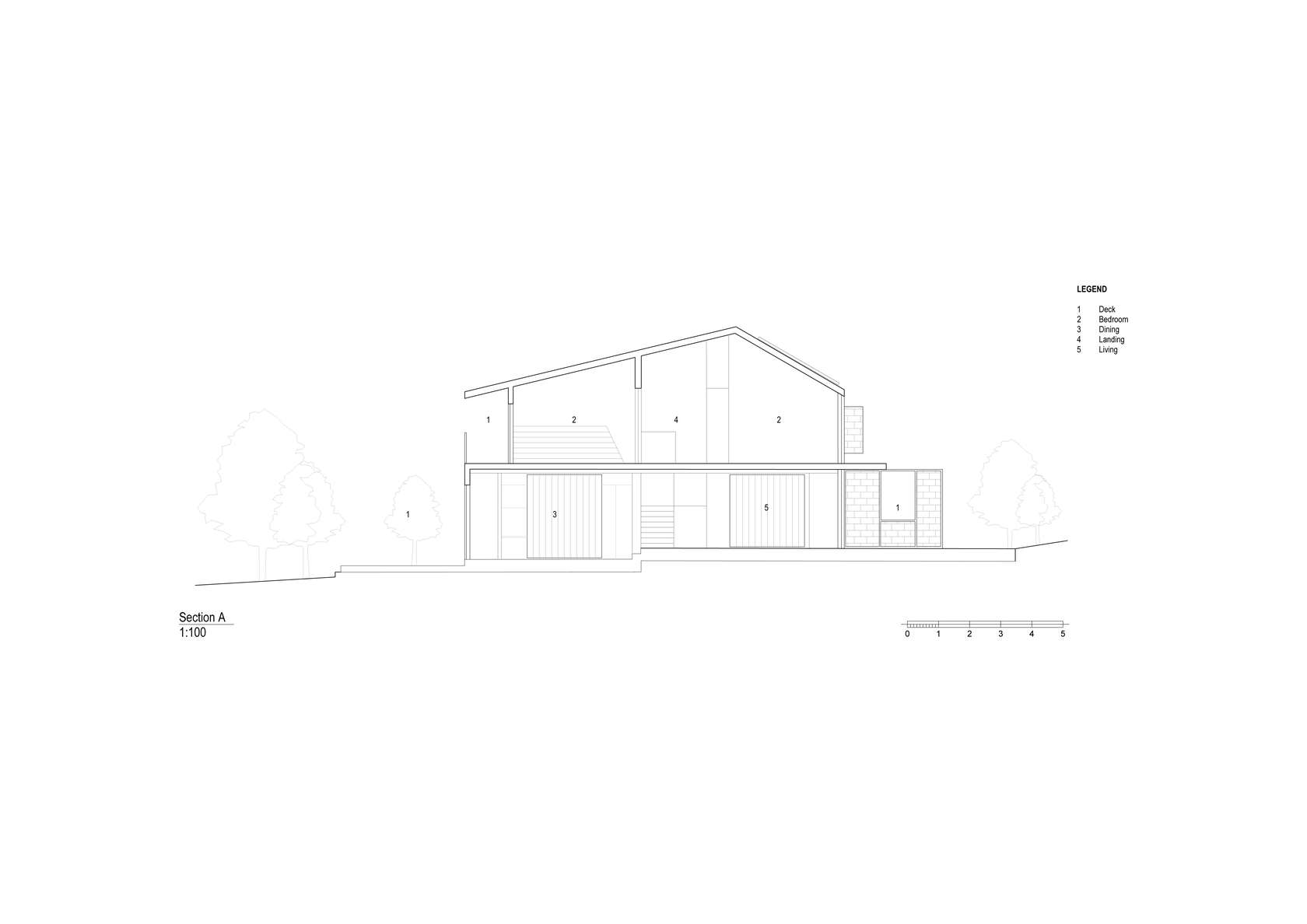 Stonewood cleverly balances the need for modern housing with a respect for the past. While the heritage value of this particular street could be brought into question, the architects have used what is significant in the street as inspiration and justification for a new home. And it shows. Stonewood feels humble and modest -- and right at home next to its bluestone neighbour down the road.