A Beachside Site in the Family for Fifty Years is Transformed

Previously the site of some outgrown kit homes, three seperate but clustered buildings provide space for all generations of the family... 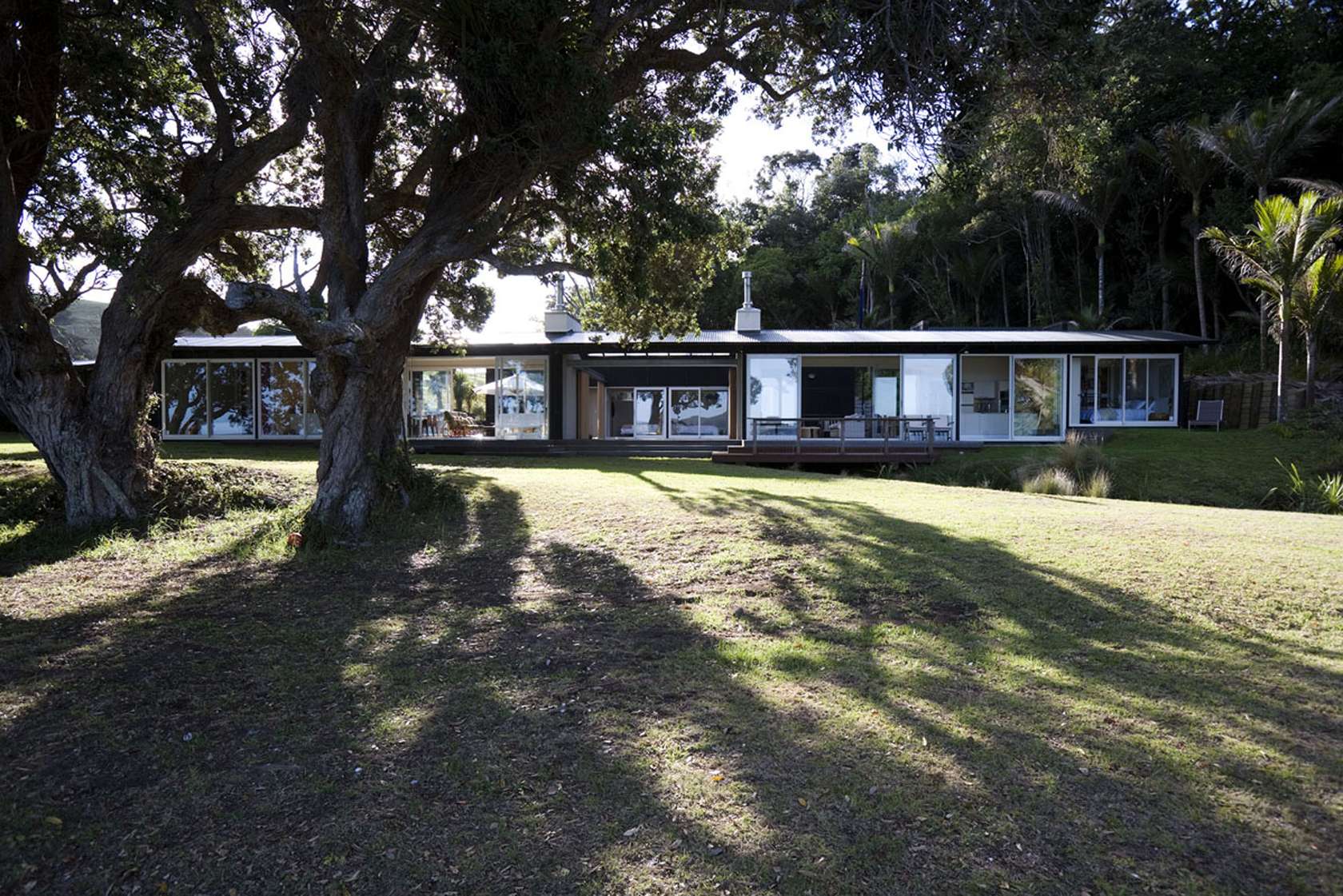 Fifty years ago a small enclave of Lockwoods (New Zealand designed all-timber brand of kit-set houses) were built on these beach front sites by RTA Studio's client's parents and their friends. As the next generation has married and had children their old Lockwood became too small. 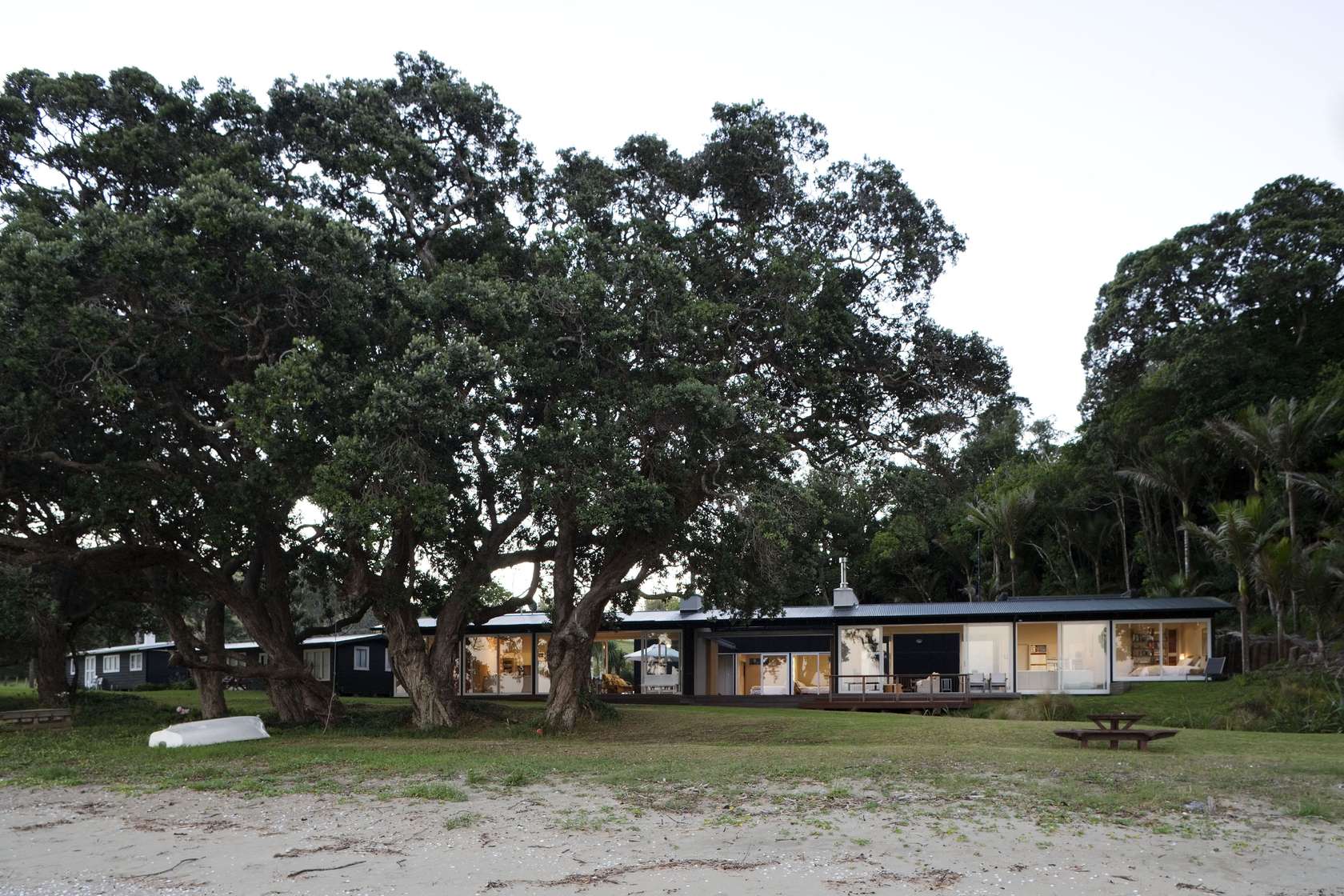 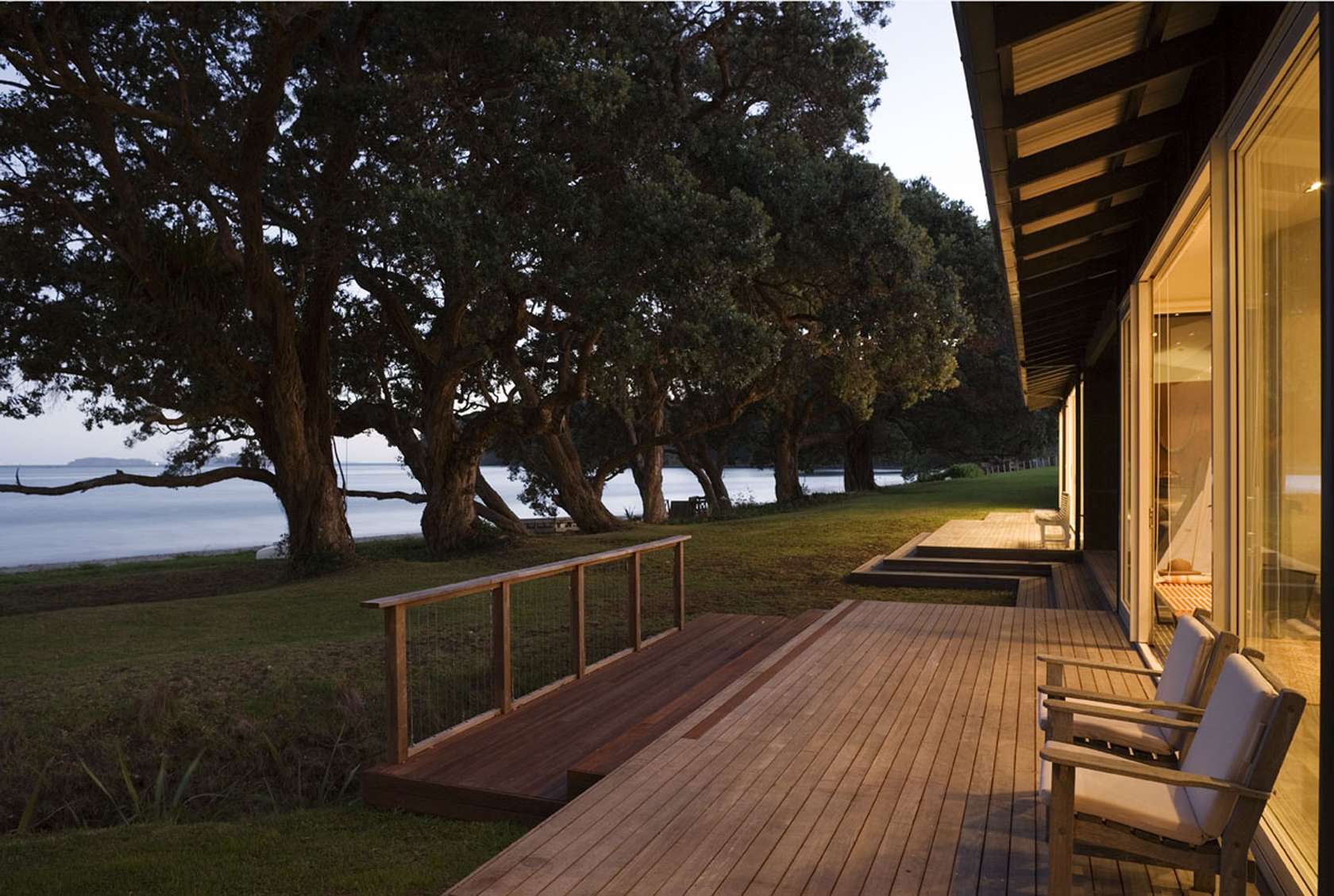 In the spirit of the location and the scale of the Lockwood, RTA Studio created - in its footprint - a new building and mirrored it under a common roof to accommodate the two families. 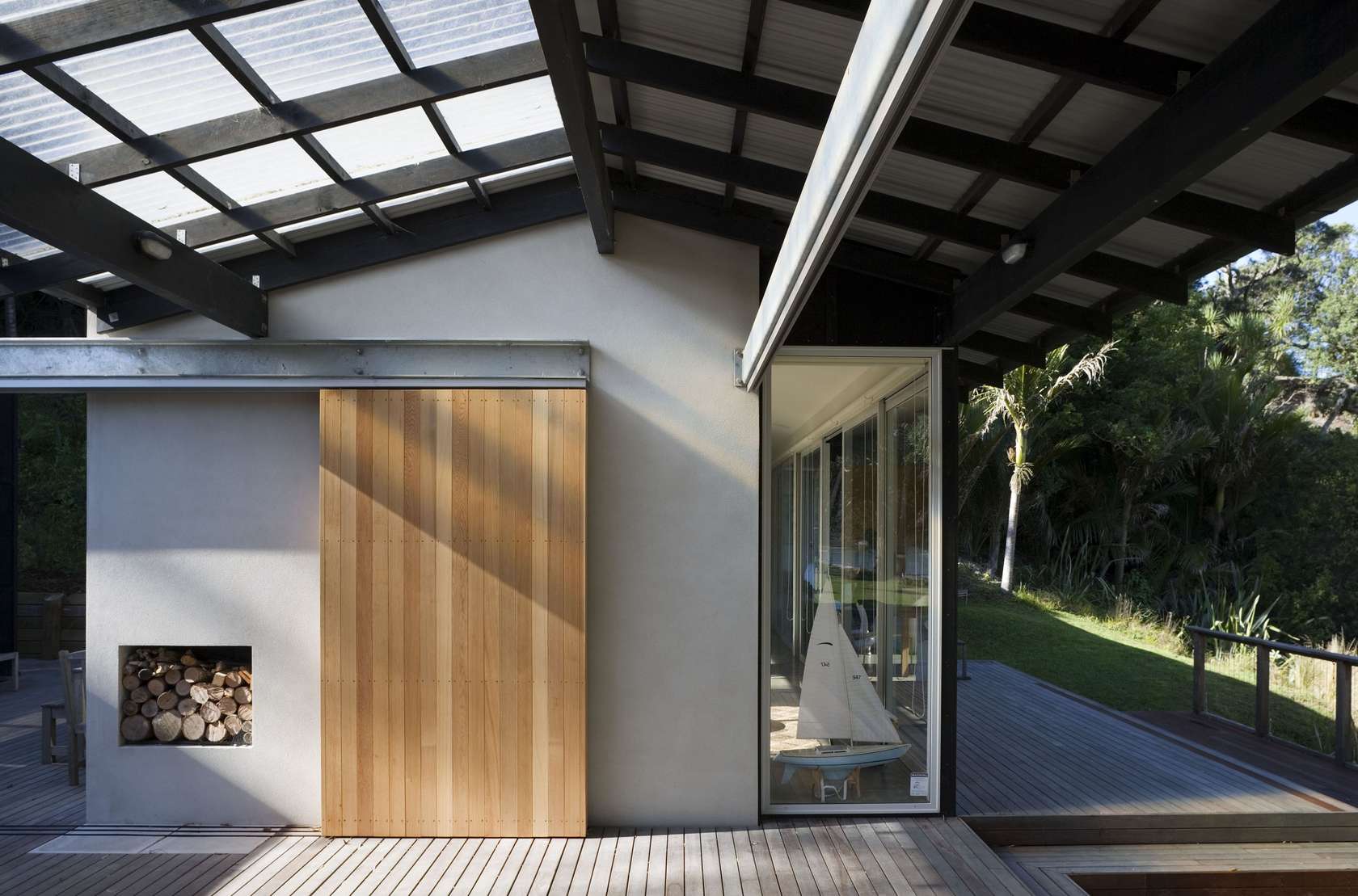 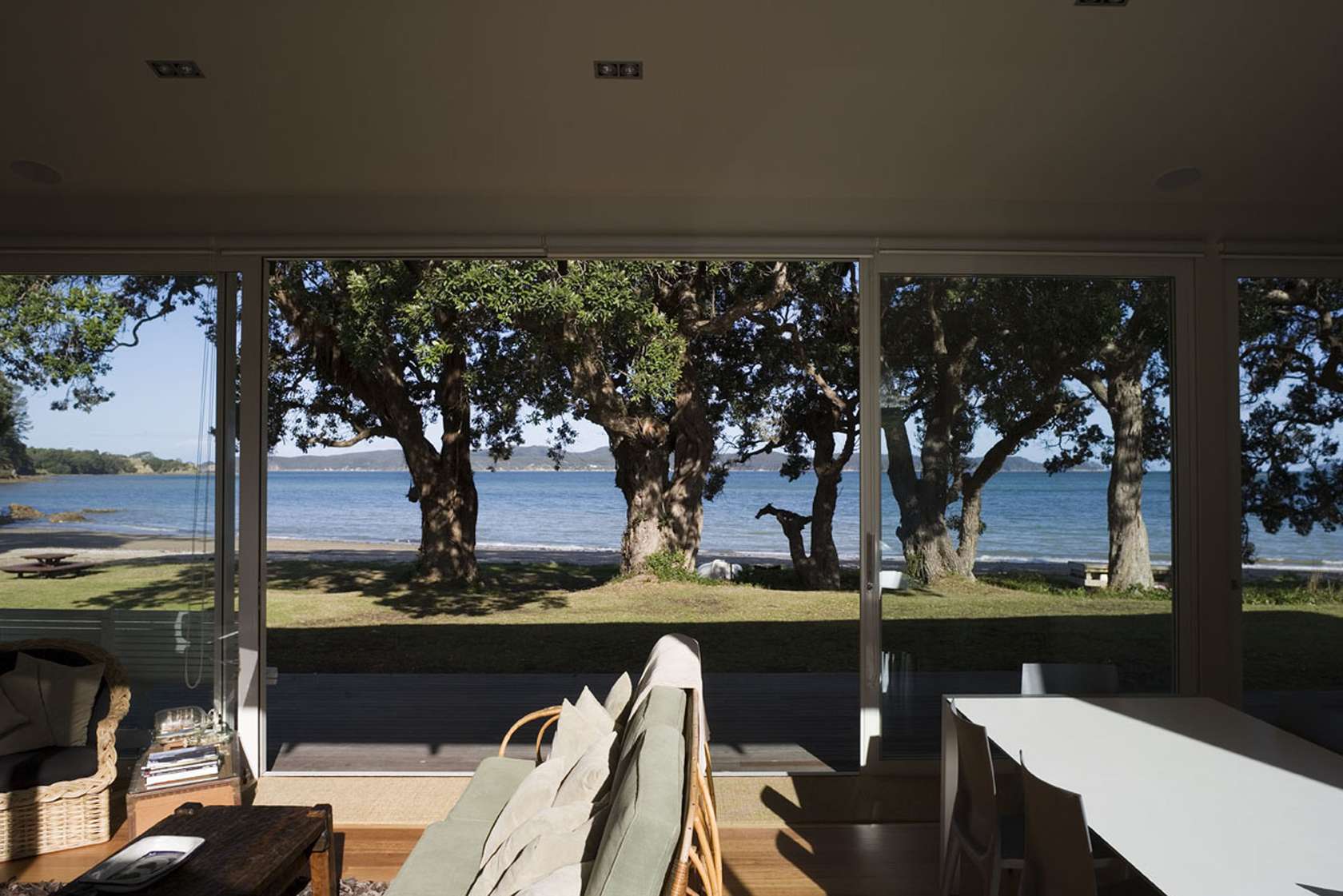 A third sleep-out building was located to complete the new arrangement of three buildings enclosing a variety of outdoor living spaces that can be used either privately by each family or communally as an extended family. 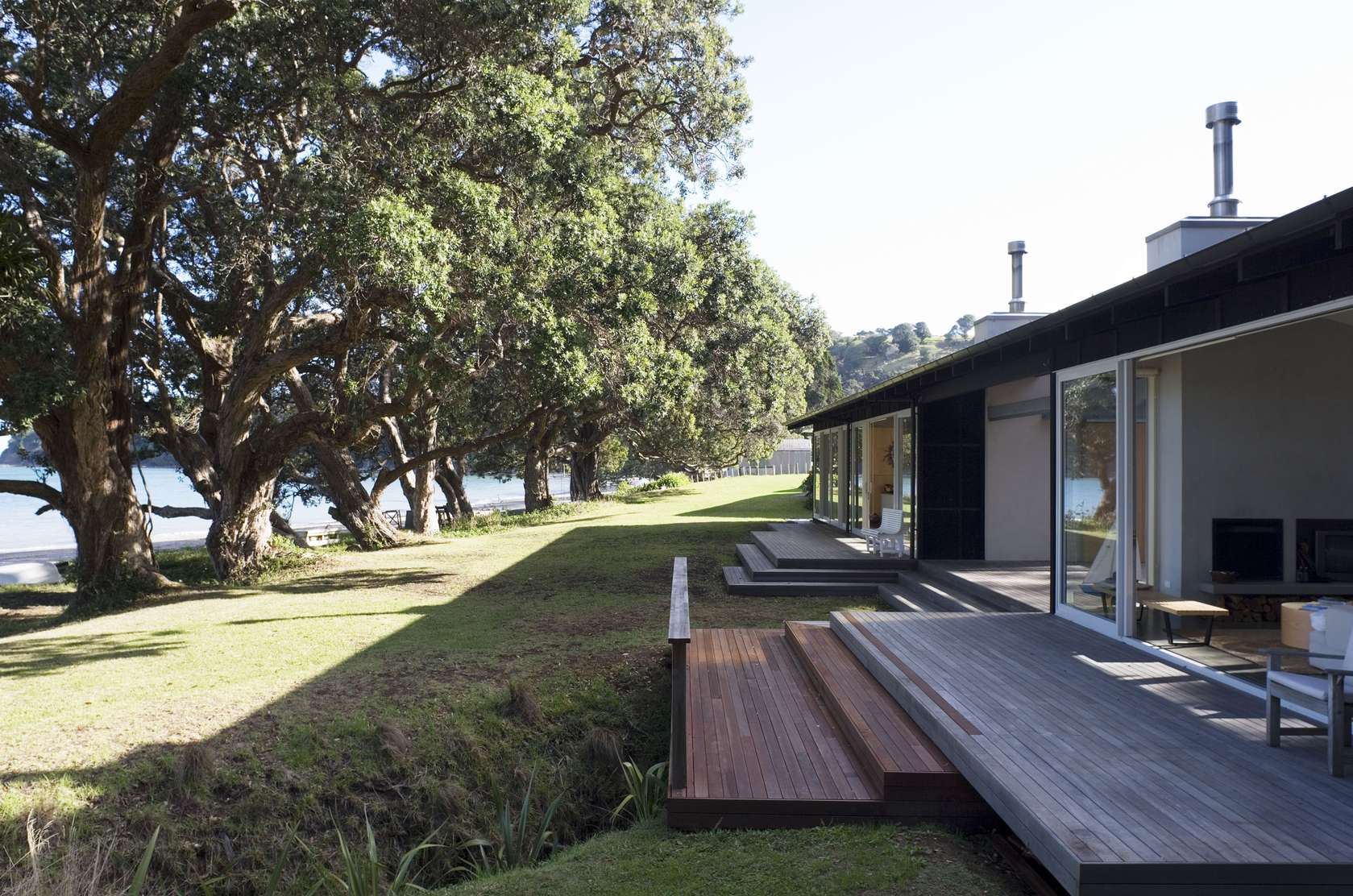 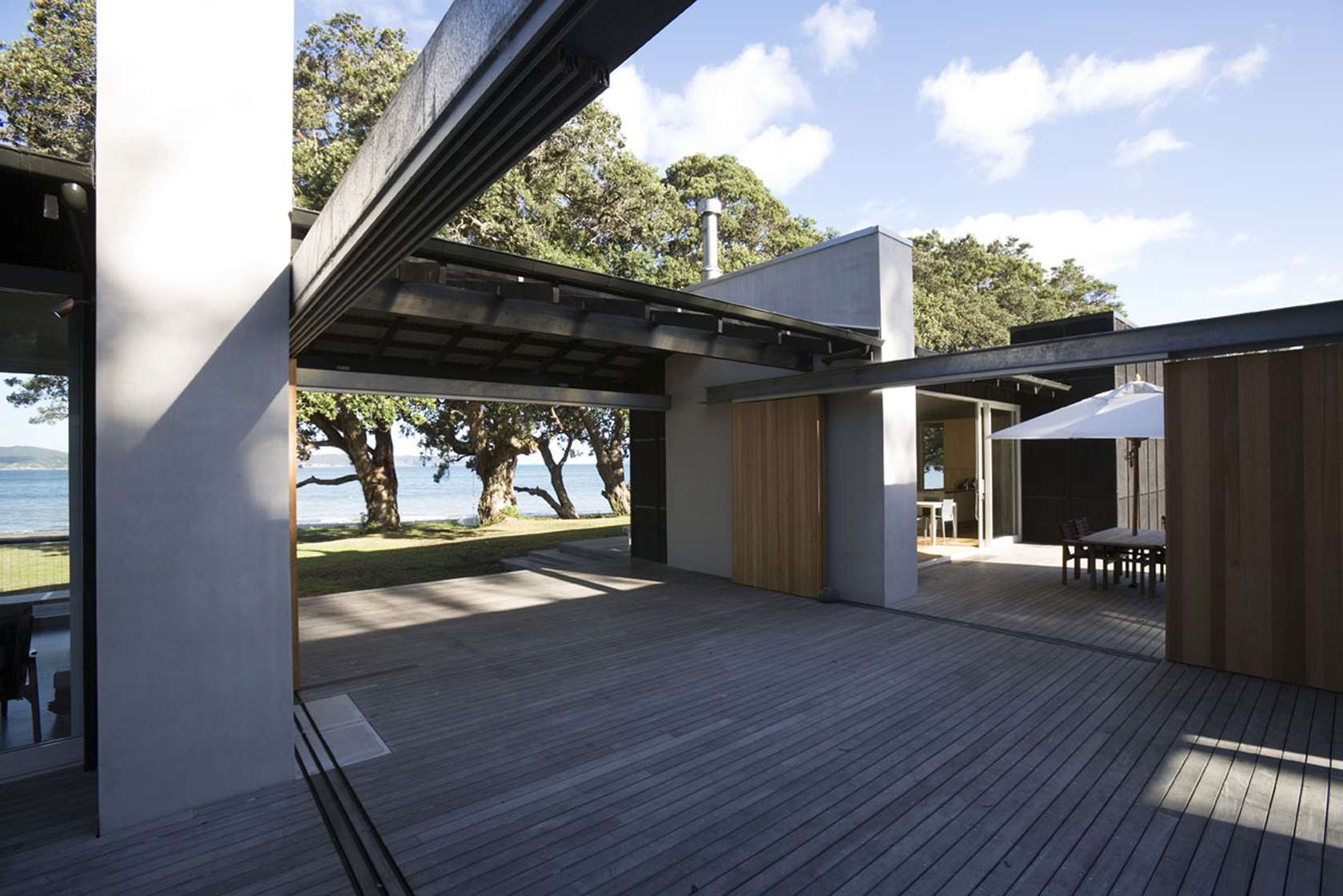 A south facing water view heightened the challenge of this arrangement (being in the Southern Hemisphere, this is to opposite direction for natural light) – open glass pavilions enable living on the north side – while still taking in views to the south. 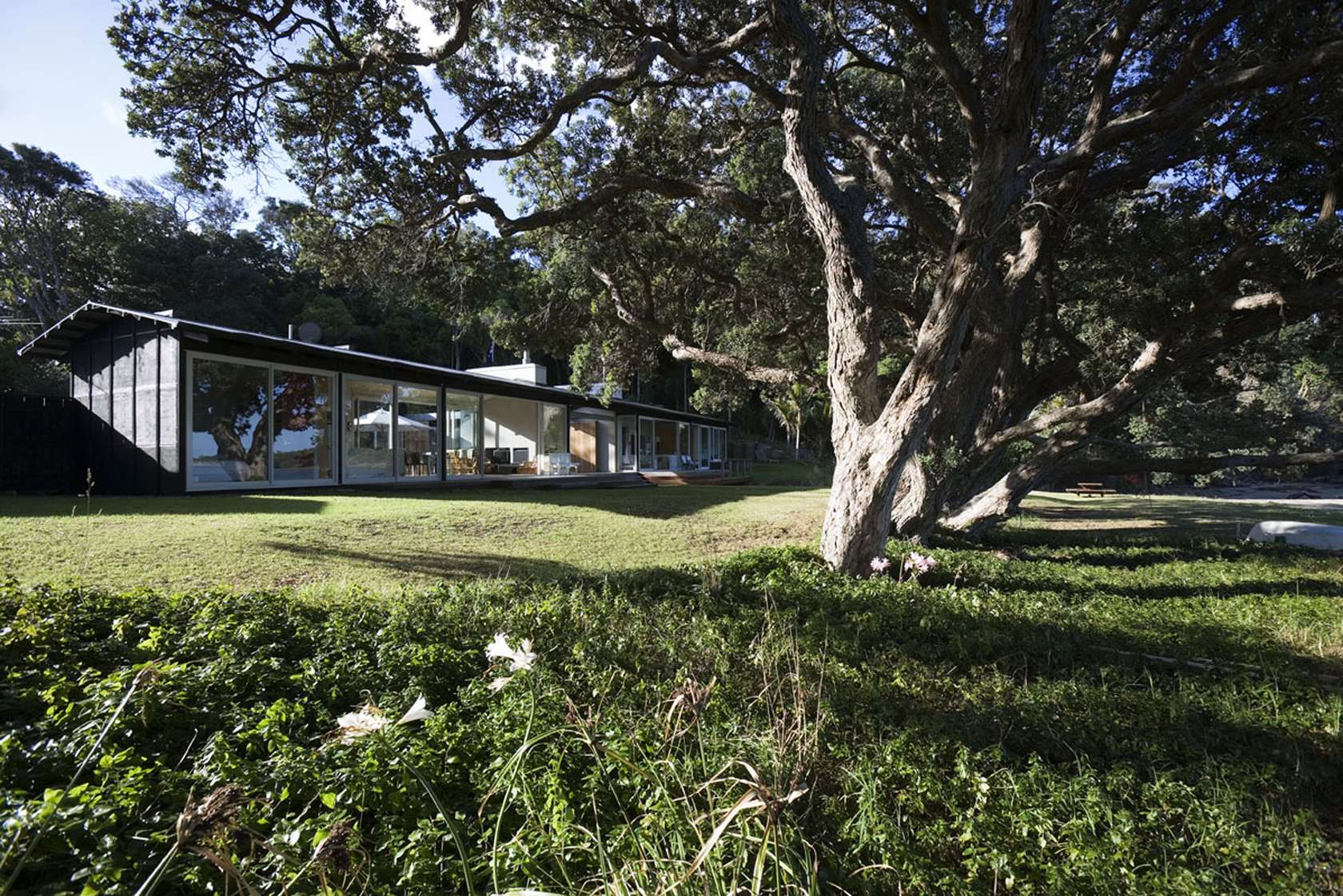 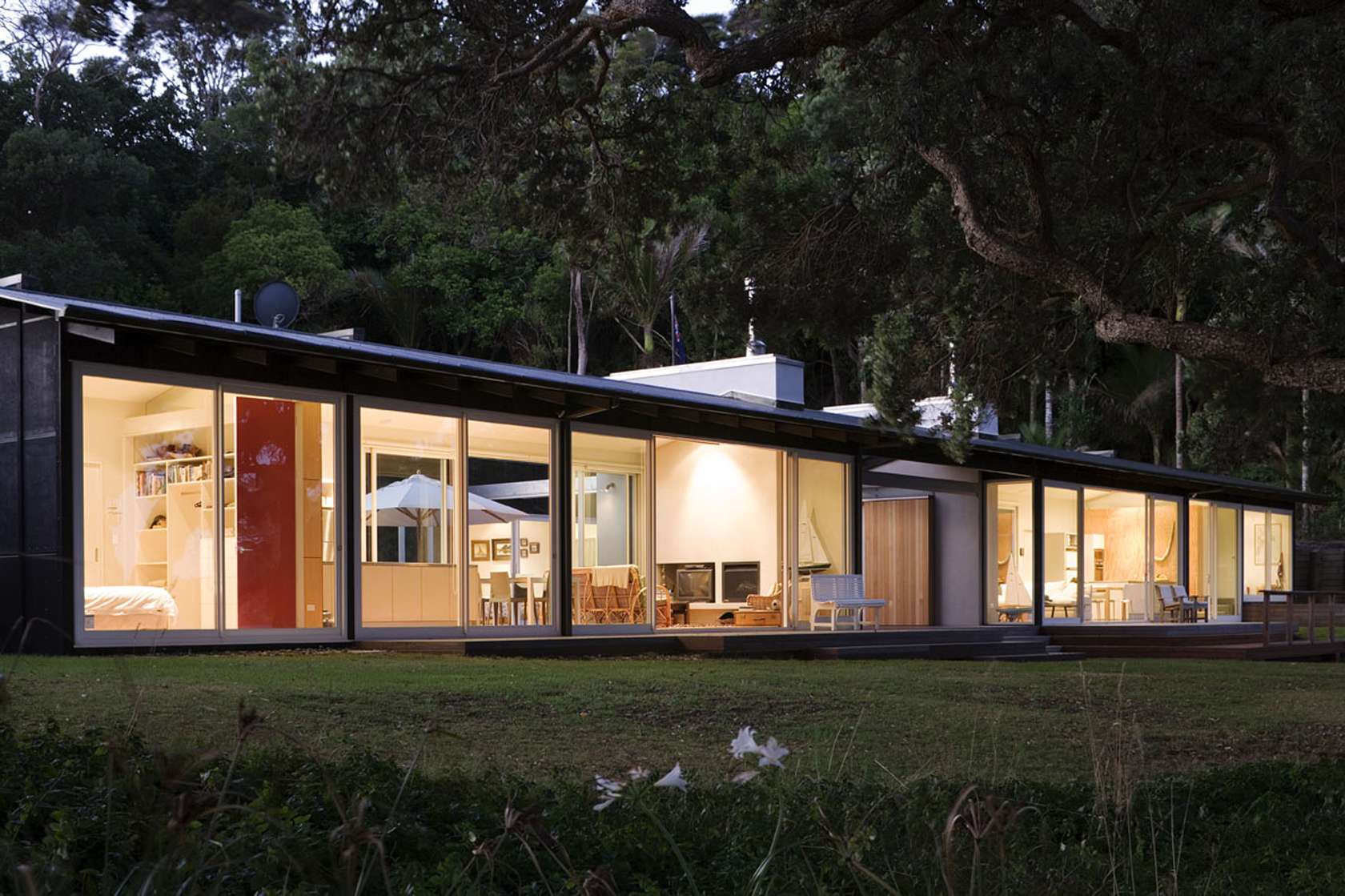 A small stream flows under the house which ties the beach and pohutakawa trees in the southeast of the site to the native bush clad land in the northwest.