Los Angeles is a sprawling Southern California city famed as the center of the nation’s film and television industry. Not far from its iconic Hollywood sign, studios such as Paramount Pictures, Universal and Warner Brothers offer behind-the-scenes tours. On Hollywood Boulevard, TCL Chinese Theater displays celebrities’ hand- and footprints, the Walk of Fame honours thousands of luminaries and vendors sell maps to stars’ homes.

And amongst all the sprawling mansions and spaghetti-like freeways, there are some gems of homes. In Australia we're familia with the Californian Bungalow style of which you can see plenty of examples in Los Angeles. The city is also famous for glass walled modernist homes that take advantage of California's mild climate and the Hollywood Hill views. There is also a good deal of Spanish mission/Mexican influences thanks to California's Southern neighbours. 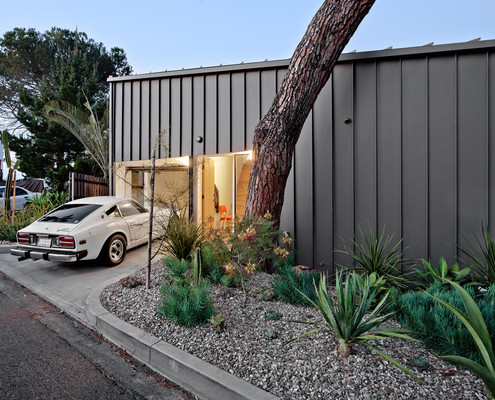 Big & Small House by Anonymous Architects A Single-Space Living Area Helps this Compact Home to Feel Spacious The smallest house on the block contains one of the largest rooms. What this house lacks in square metres it makes up for in volume.