Light and dark, east and west, new and old, Dark Light House's new living pavilion contrasts without simply doing the opposite. When a humble, but beloved beach-house becomes a full-time family home, it becomes necessary for a little more living space. MRTN Architects' modest addition transforms and reorients the home, respecting the original and ultimately creating a versatile and functional home. 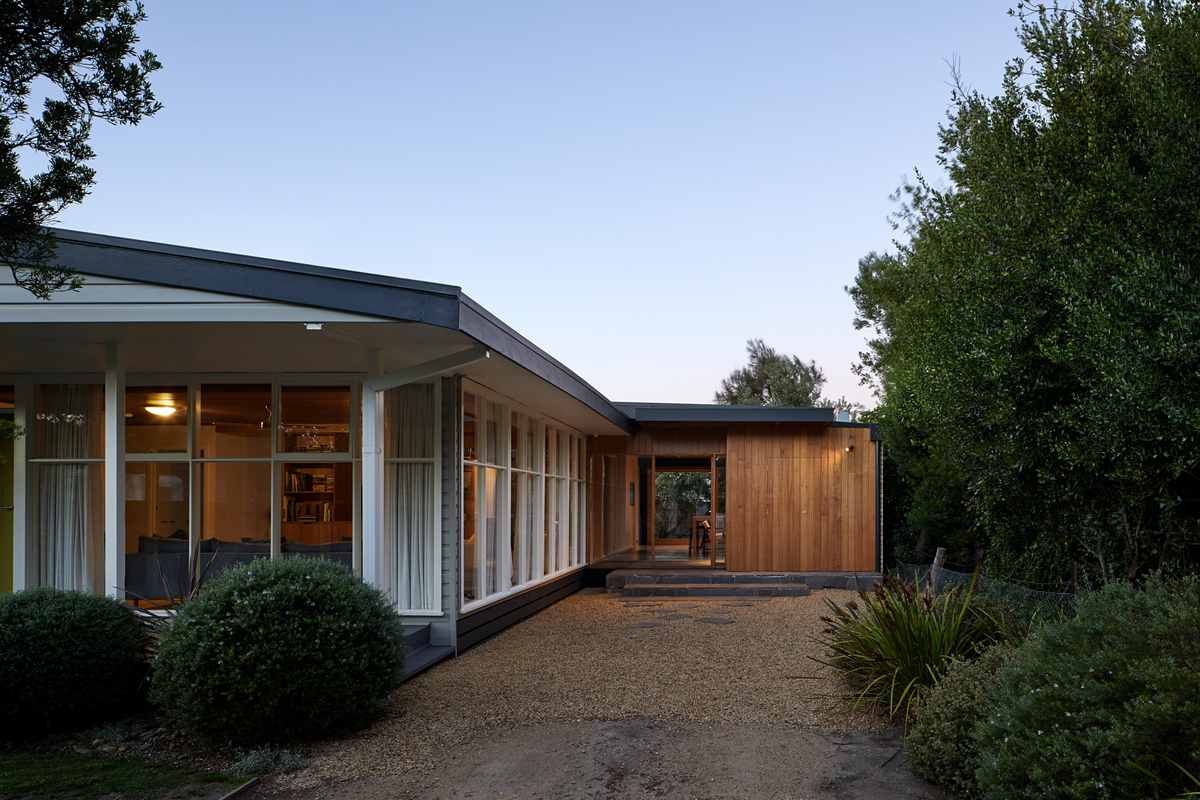 The original holiday home in Rye was designed by Peter Fawns in 1966. Well-planned and efficient, the home was typical of those offered by the Small Homes Service of that time. Other than a bathroom upgrade, the original home was remarkably untouched. "The clients' favourite feature", says architect Antony Martin, was "the hardwood timber ceiling that had developed a rich patina over the past 50 years." 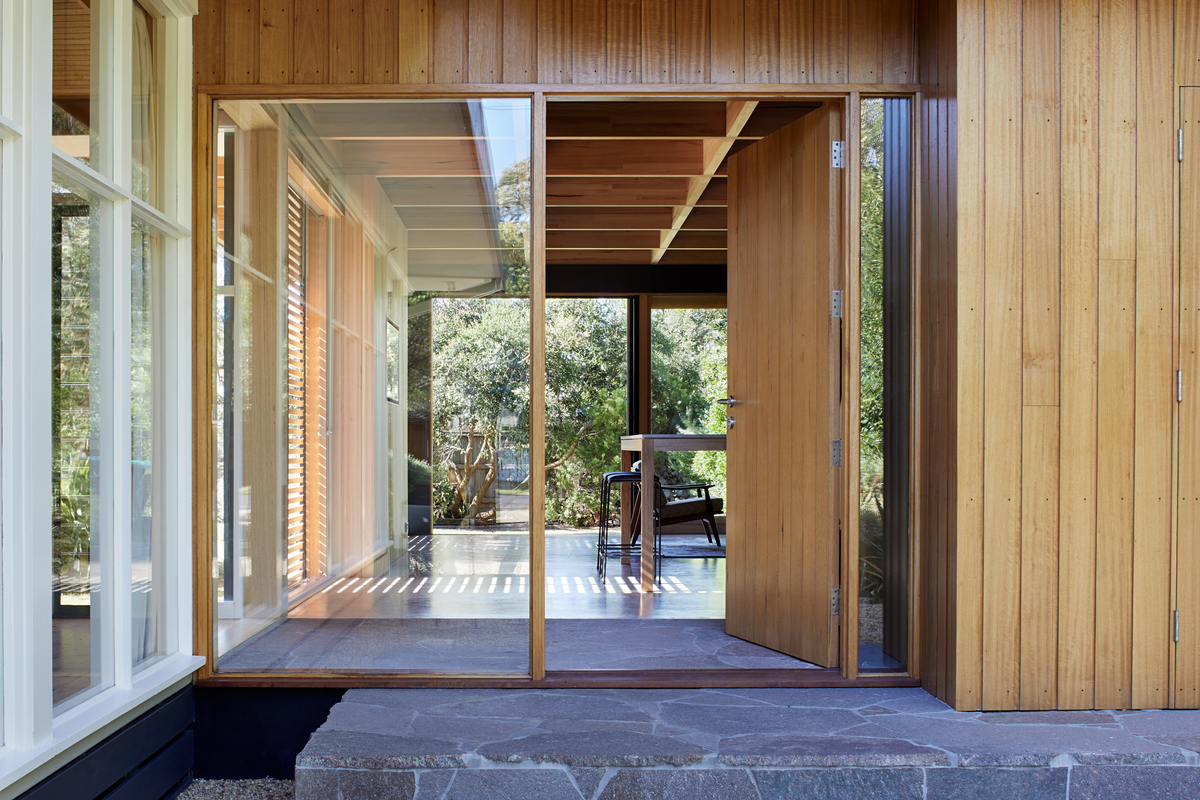 The clients asked for a new kitchen and a second living space to enable seperate activities to occur simultaneously, but the most important part of the brief was that the original house should be altered as little as possible. 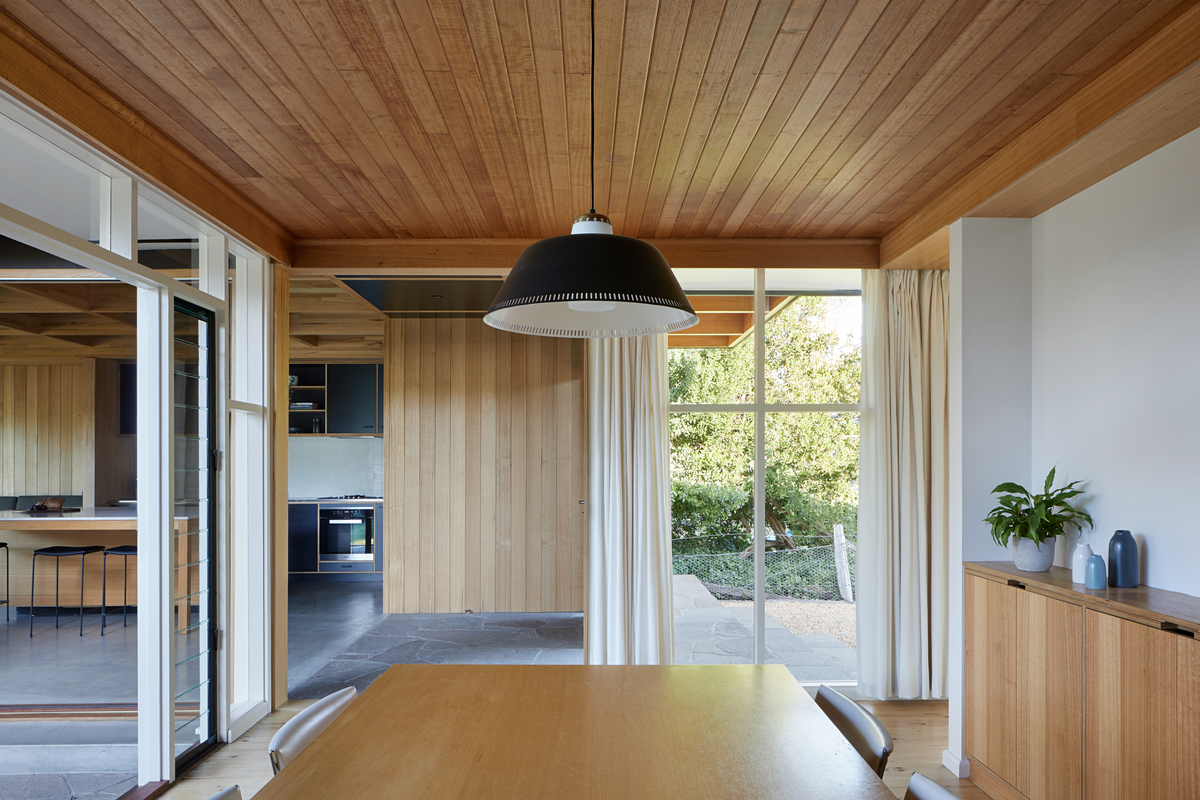 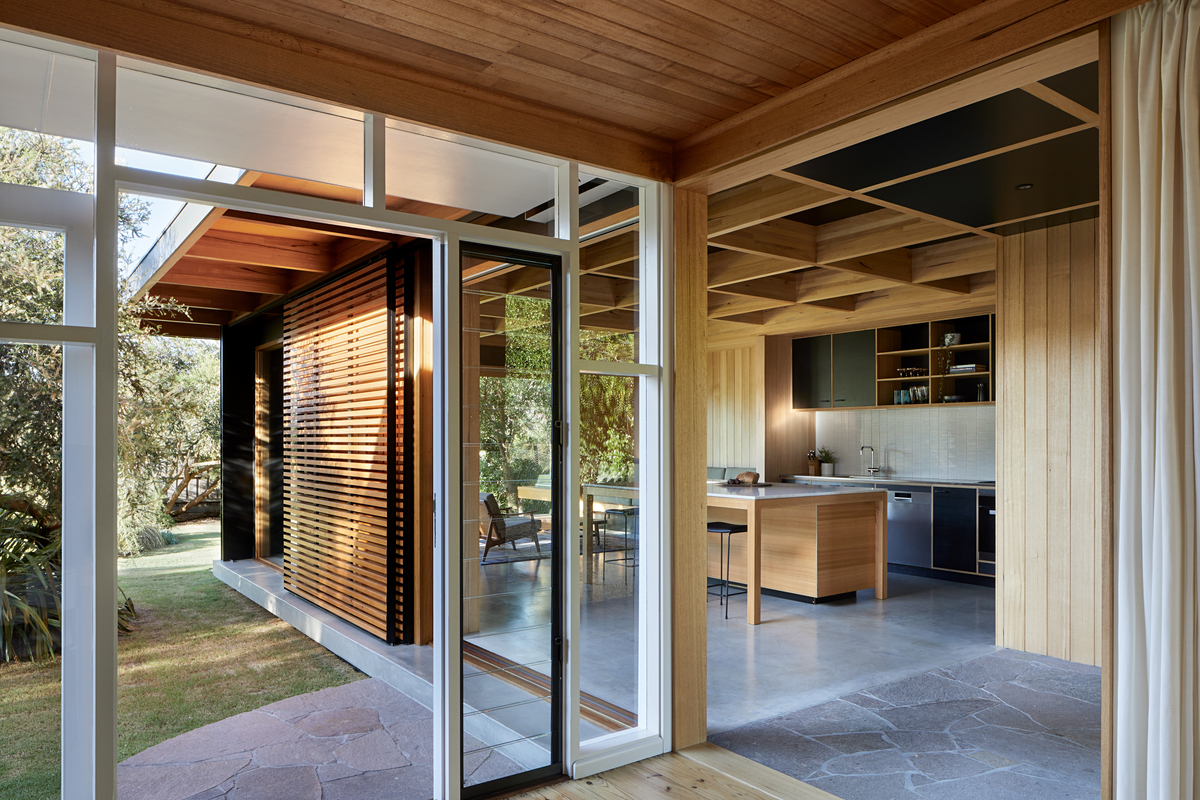 MRTN's solution is a new pavilion, which connects to the "corner of the original and creates a play between light and dark, east and west, new and old." This minor intervention and modest addition transform the house, reorienting it to a much-loved Moonah tree. 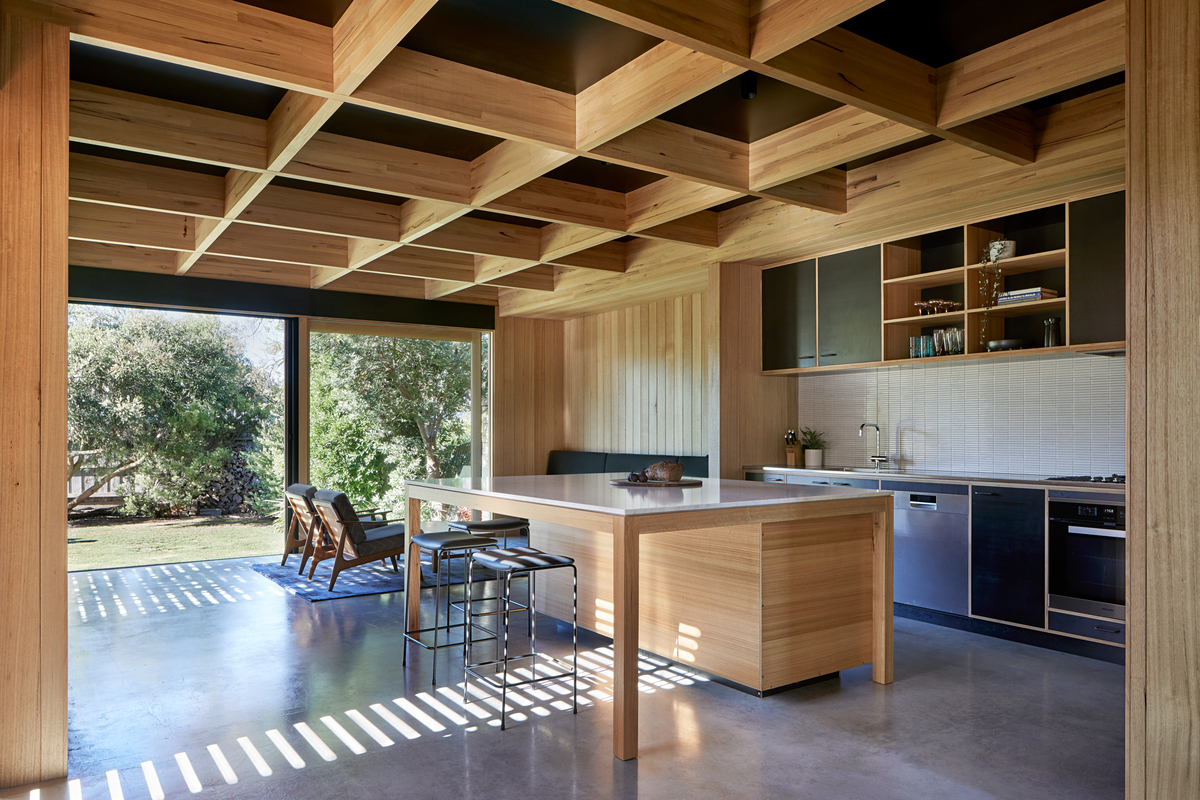 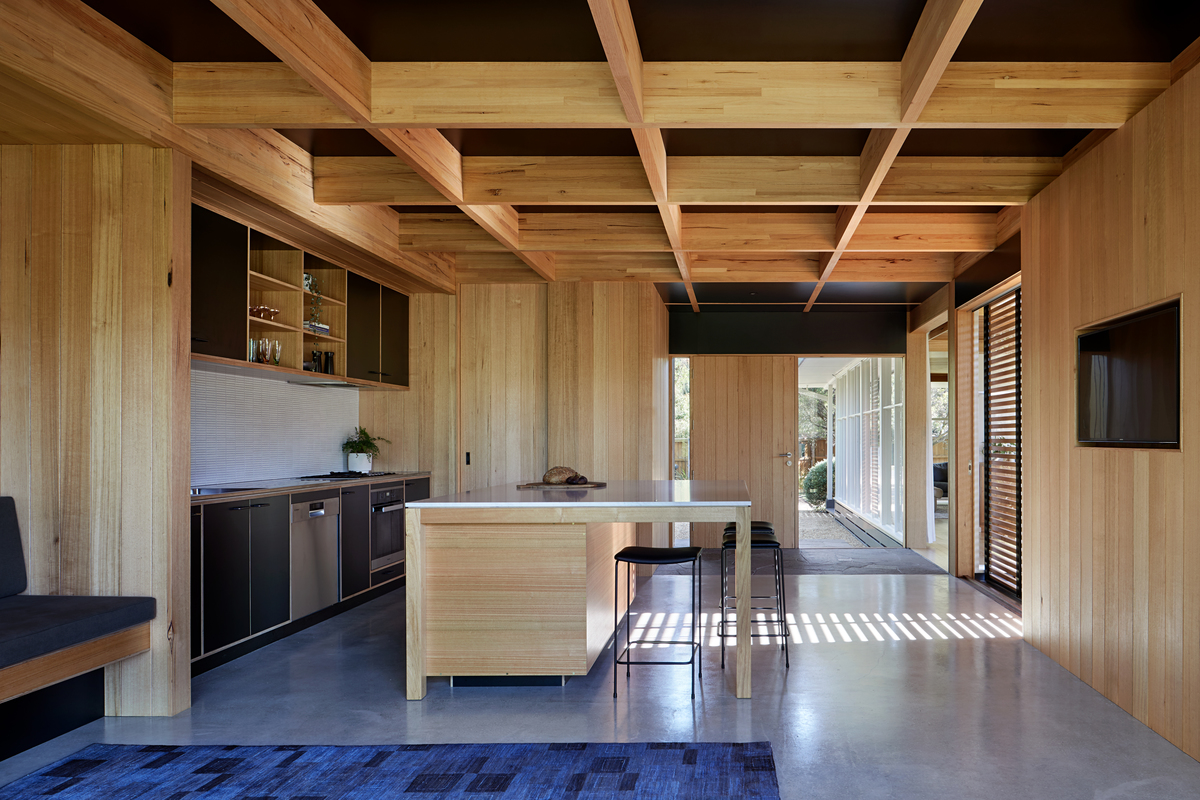 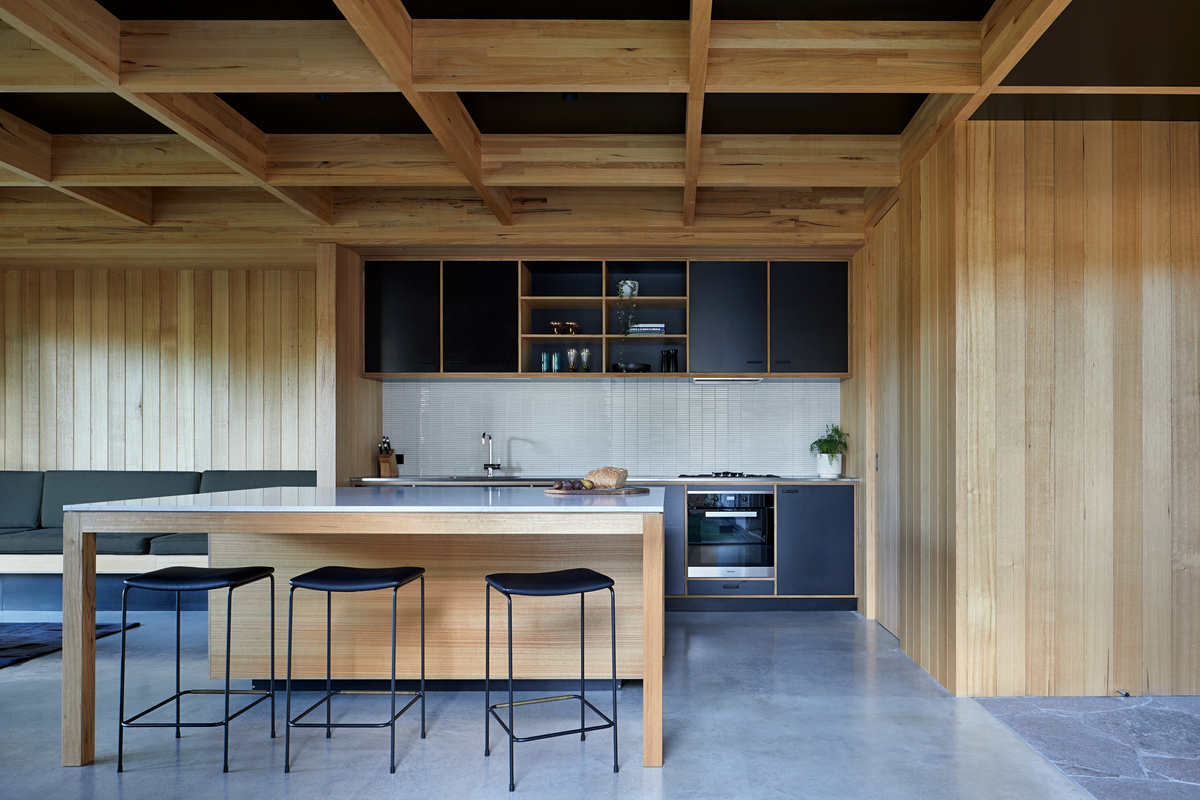 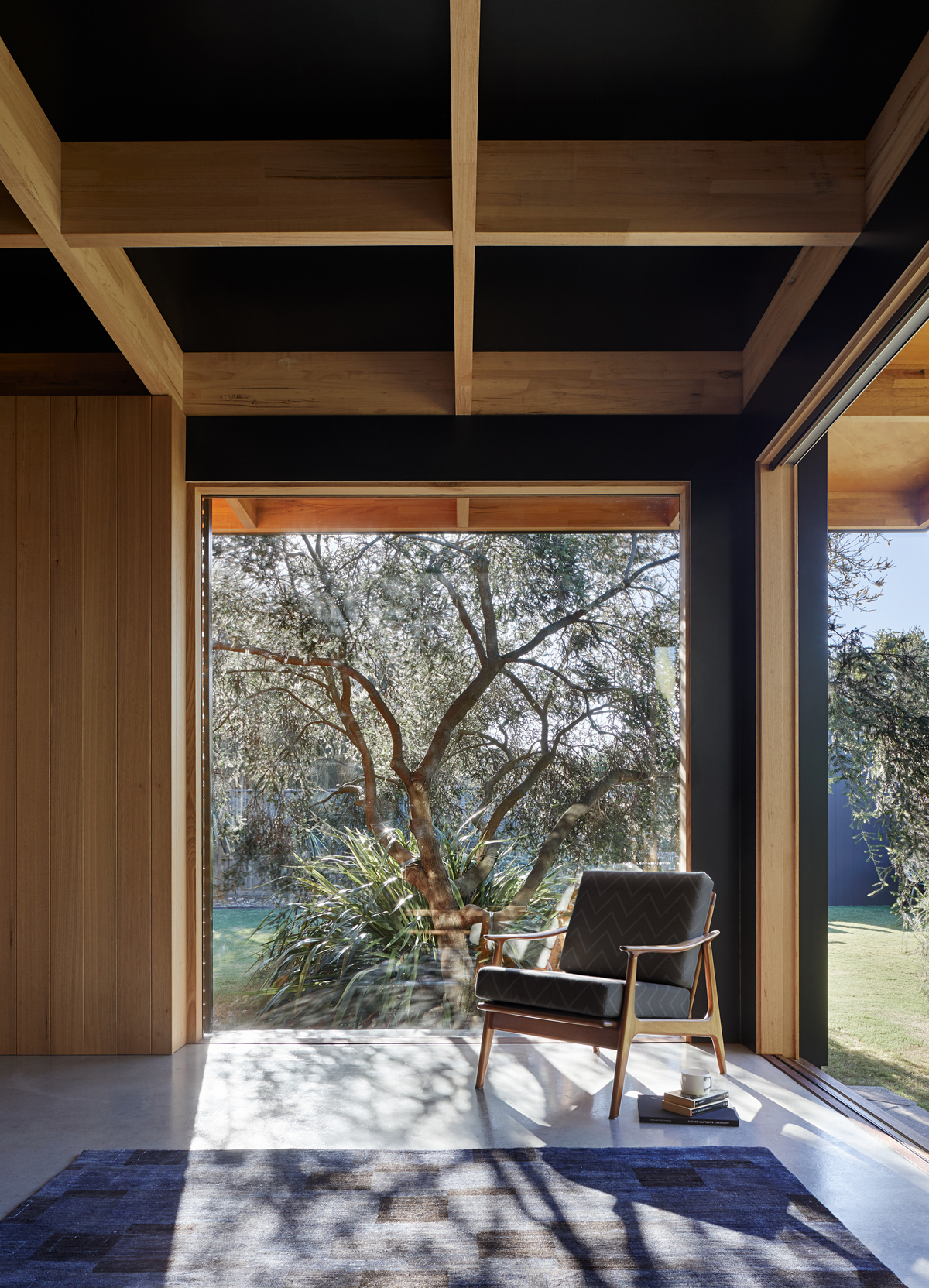 Duplicating the living space in the original home, the new pavilion creates a casual place to eat, live and cook, and also acts as a new front entry. 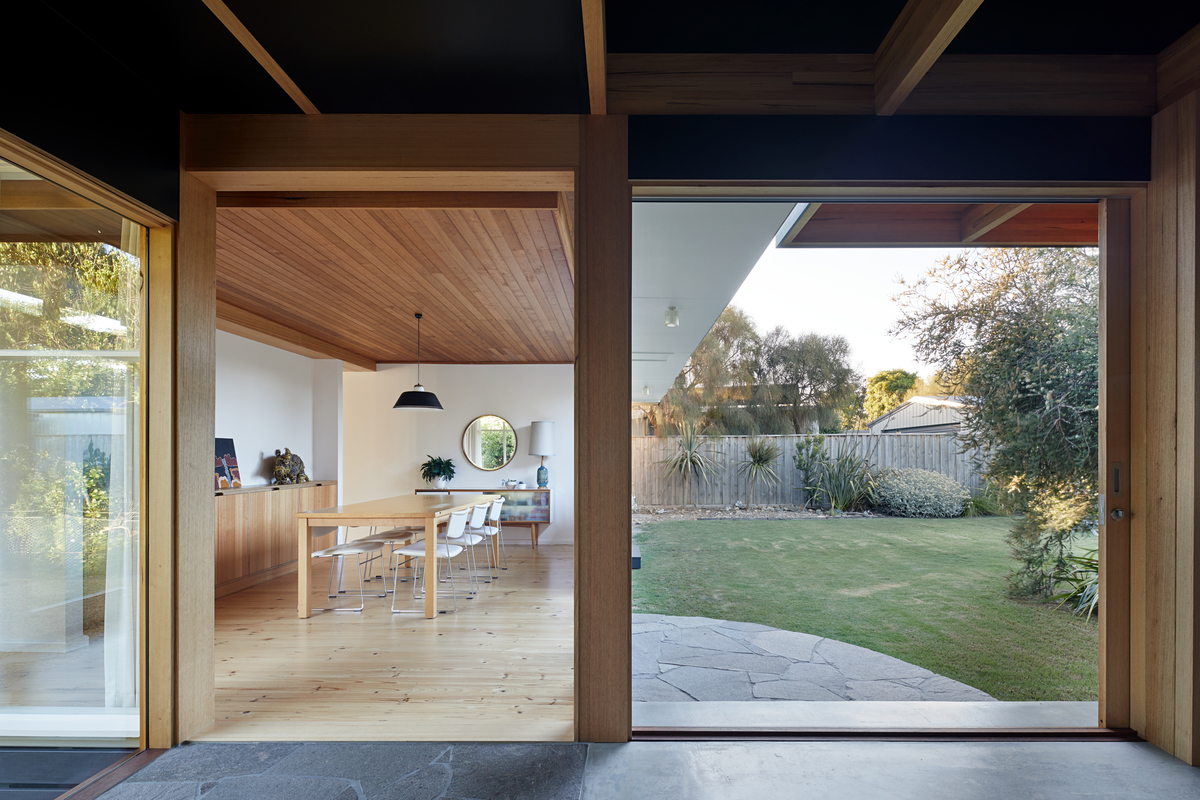 "Design influences and construction techniques on the original design were considered", explains Antony, "particularly the influence of Japanese architecture, the glazed walls that are part window frame part structural studs and low pitched roofs with generous eaves." The timber ceiling of the original home is also reinterpreted, with a baffle ceiling of glue-lam rafters creating a functional yet attractive feature. 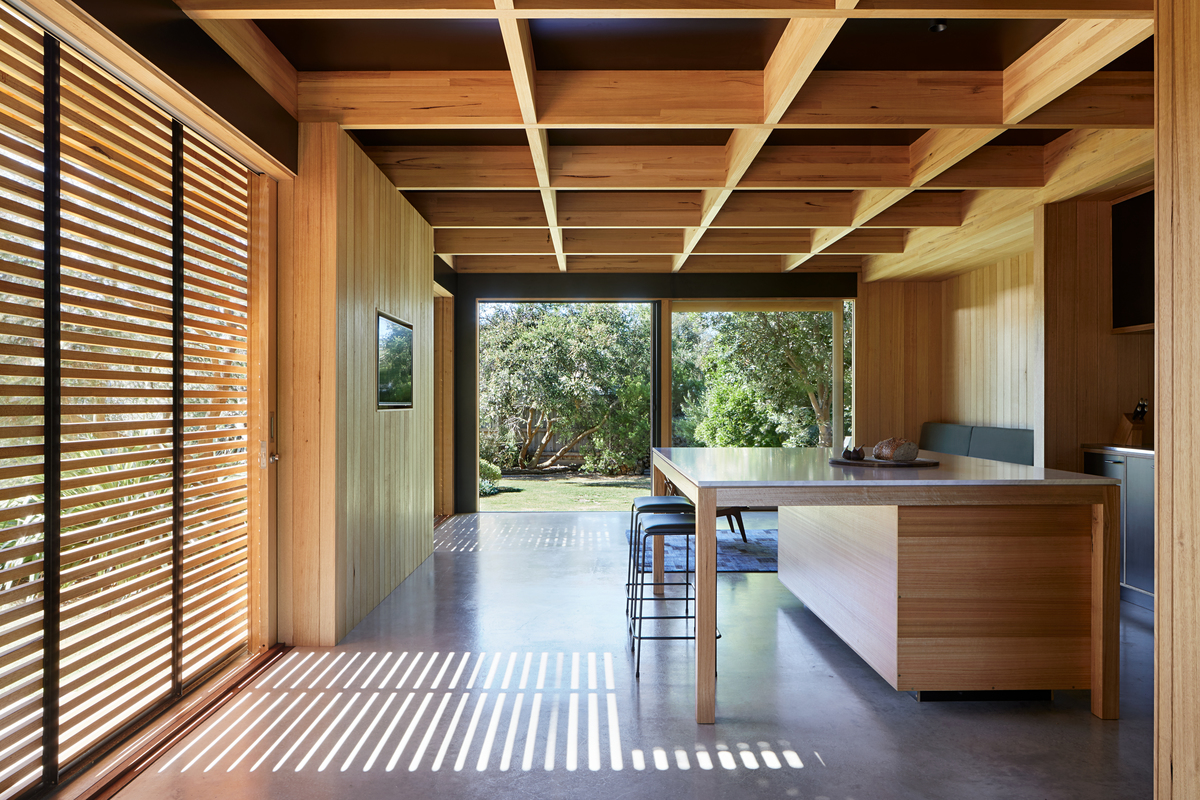 The architect deals with the west-facing windows by providing sliding timber screens to control harsh afternoon sun, while a burnished concrete slab provides plenty of thermal mass to keep the home cooler in summer and warm in winter. 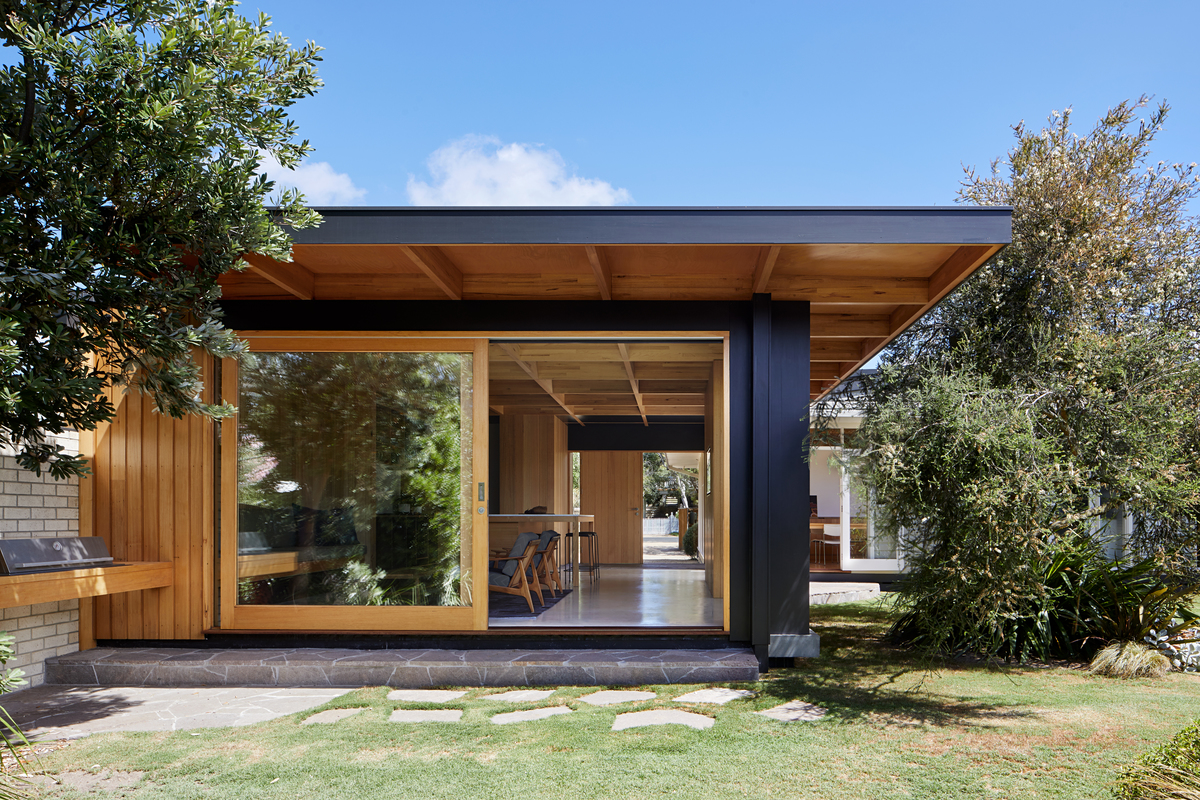 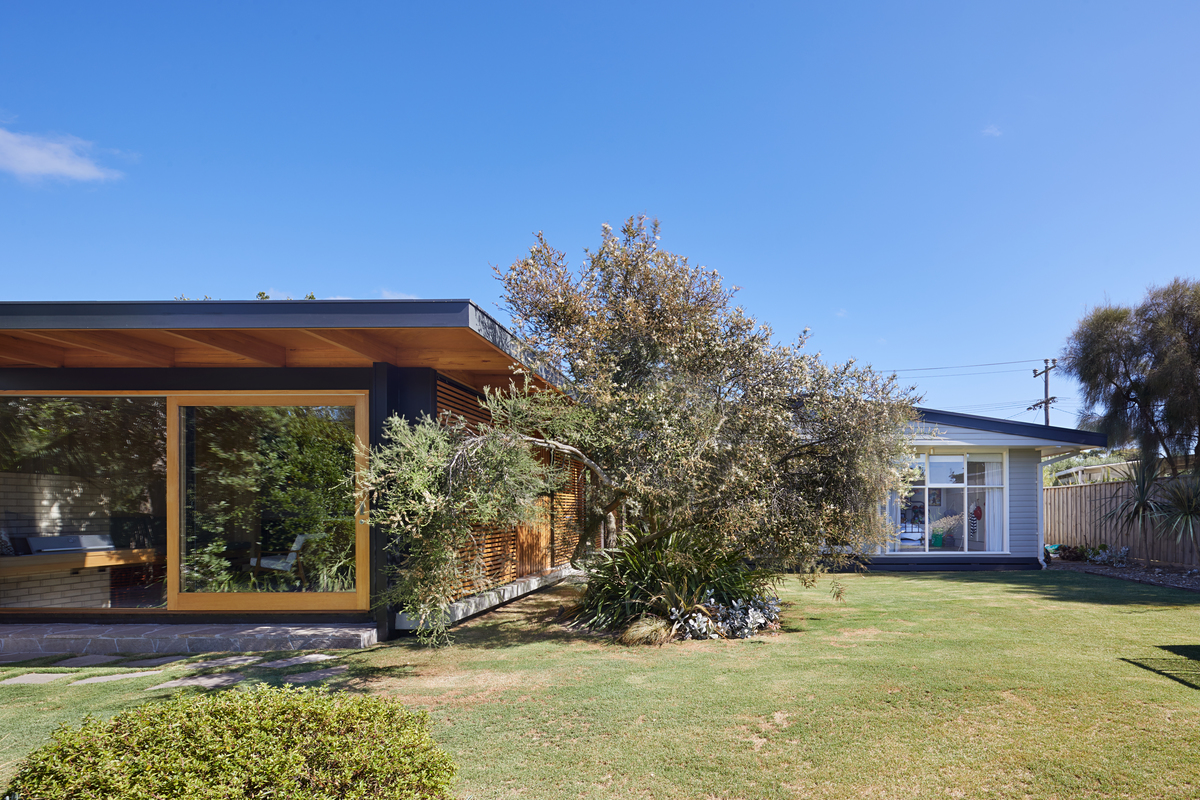 The addition allows a special holiday home to transition into full-time living. It respects and reinterprets the original home without mimicking or simply doing the opposite. Old and new now work in unison to create a new home greater than the sum of its parts. 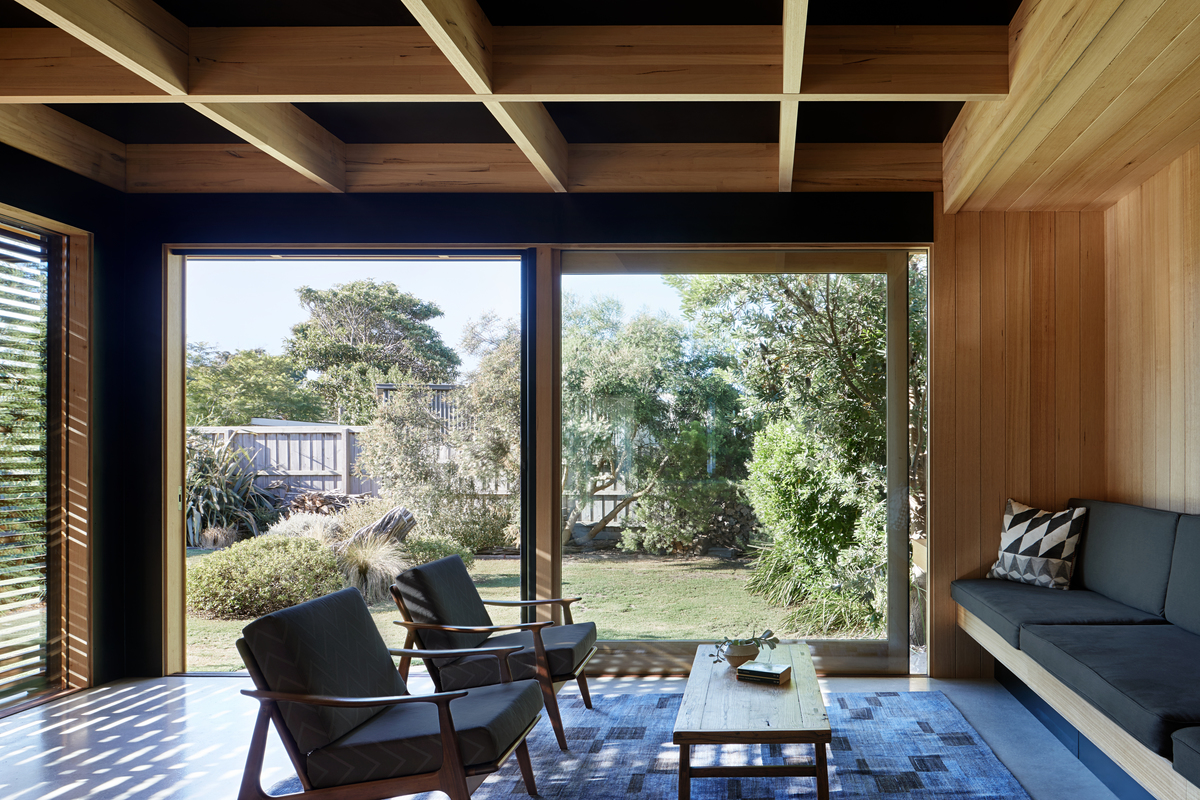 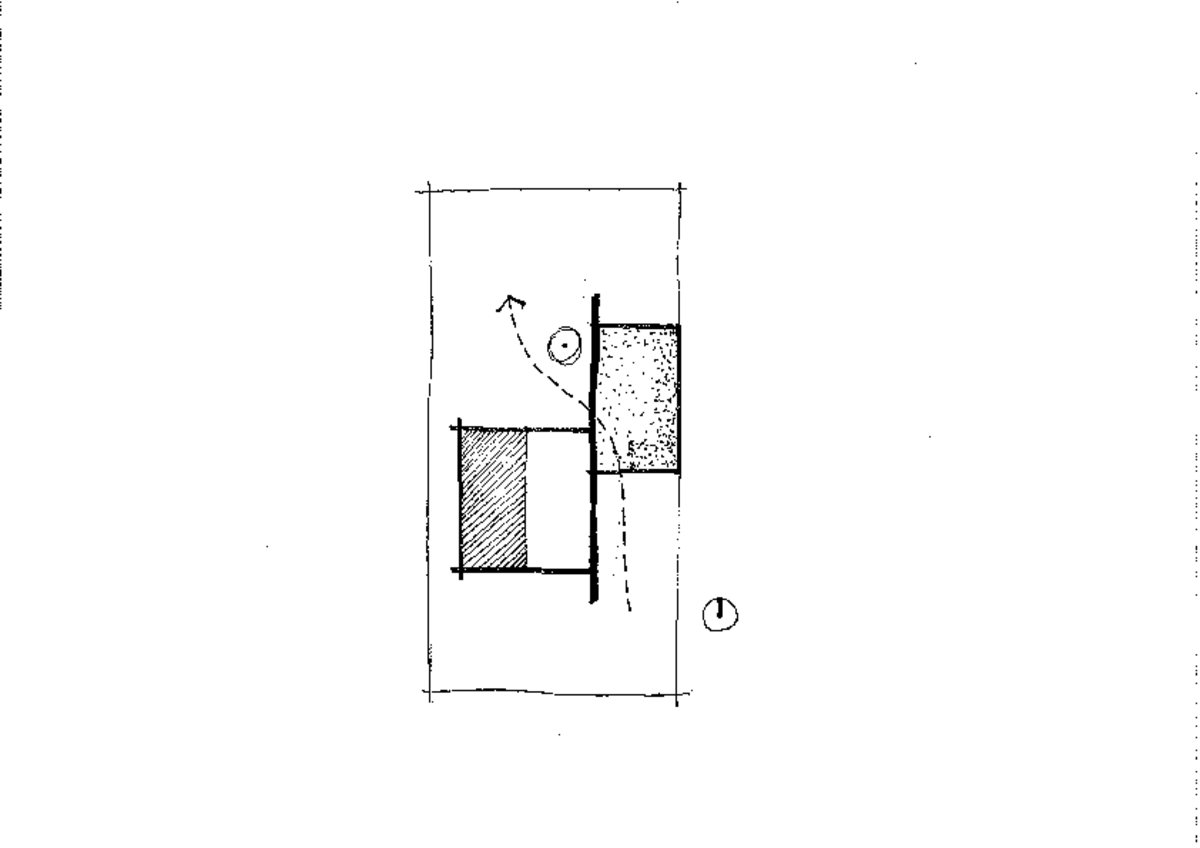 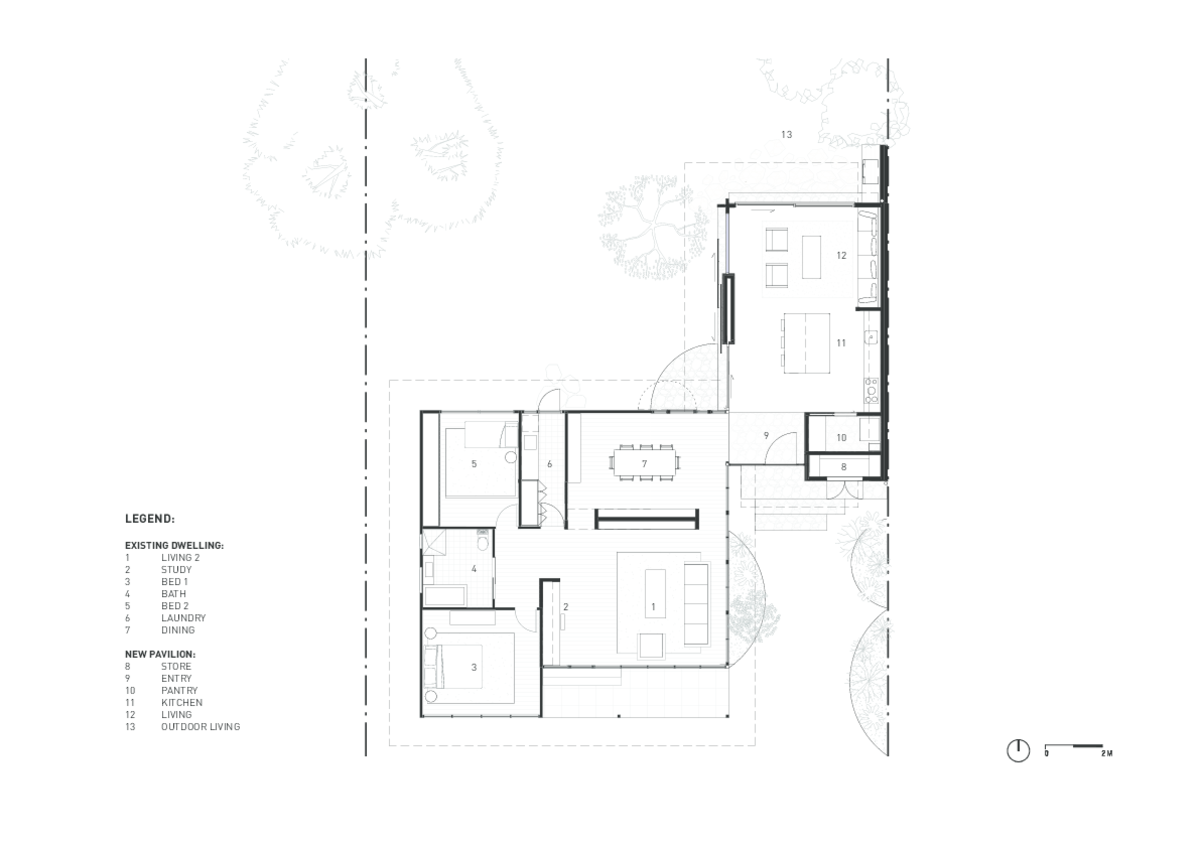 Tell us what you love about Dark Light House...