This Beachside Home Goes From Daggy and Confused to Surfmist Cool

You know those movies like She's All That where the geeky, unpopular girl undergoes a complete transformation? Who knew a stunning woman was hiding behind that ponytail and those thick-rimmed glasses? If only more high school losers knew popularity could be won by ditching the scrunchy and ordering a prescription of contact lenses. Of course, you're not fooling anyone, Hollywood, the thickest spectacles in the LA couldn't make Rachael Leigh Cook ugly. Well, Surfmist House, in Perth's City Beach was suffering a severe case of Laney Boggs Syndrome. The owners described it as 'City Beach meets Spanish mission style' and friends commented they were brave to the home. But behind the shades of brown and dated appearance of the home, the owners and architect Sandy Anghie could see its hidden beauty and were particularly enamoured with the floor plan which worked perfectly for the family of five... 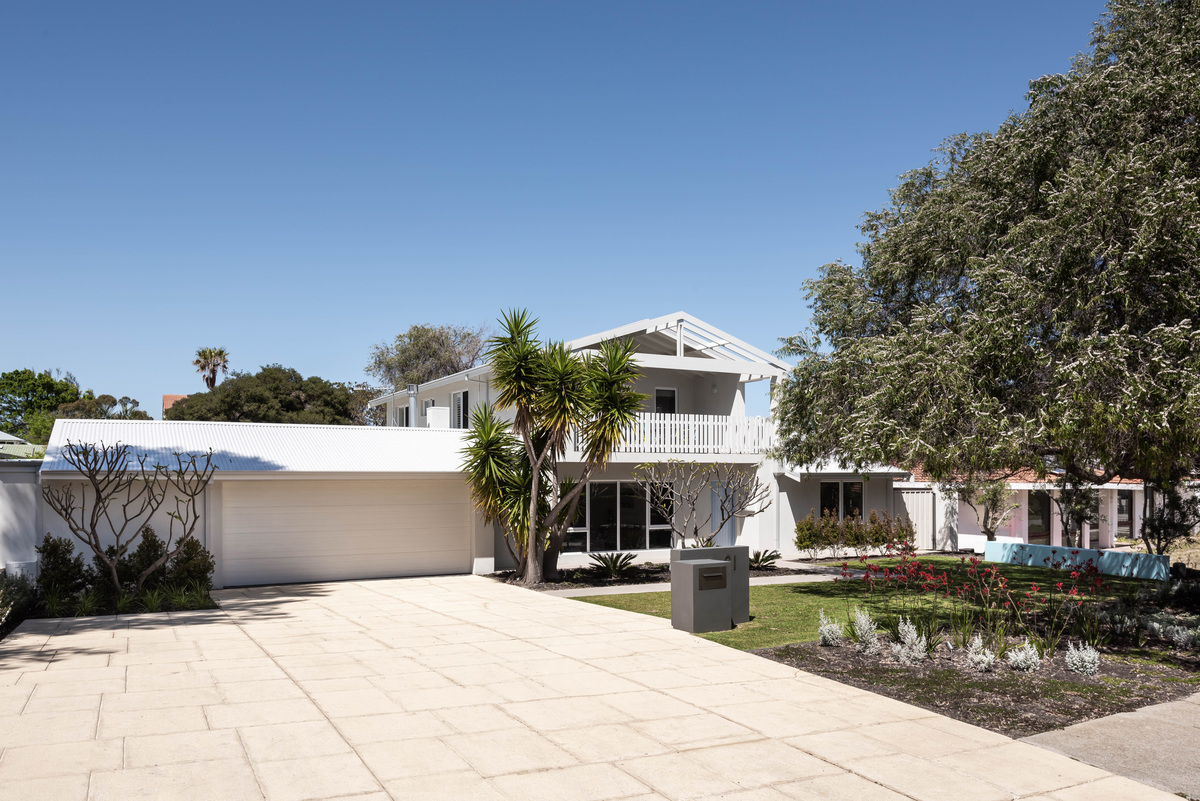 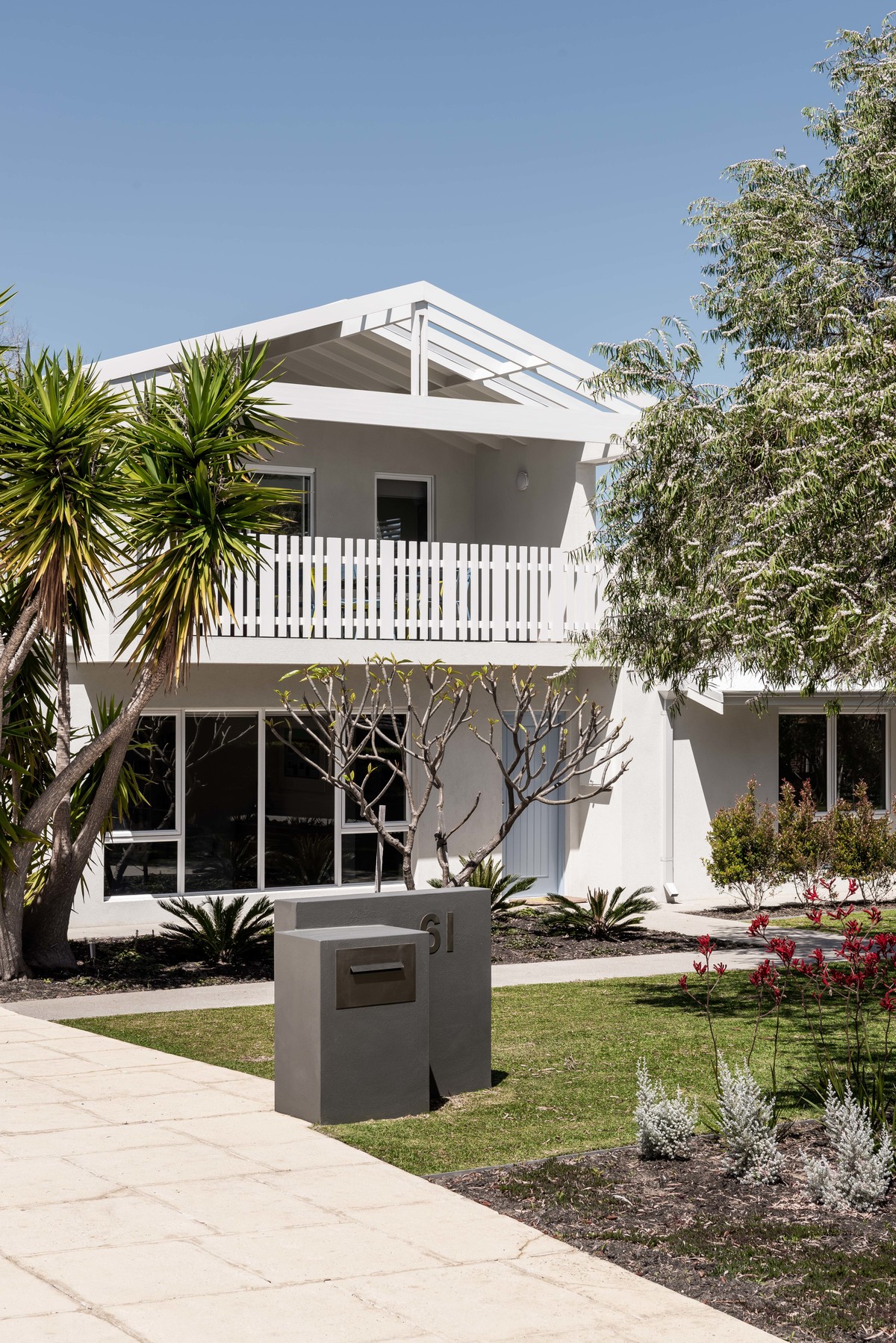 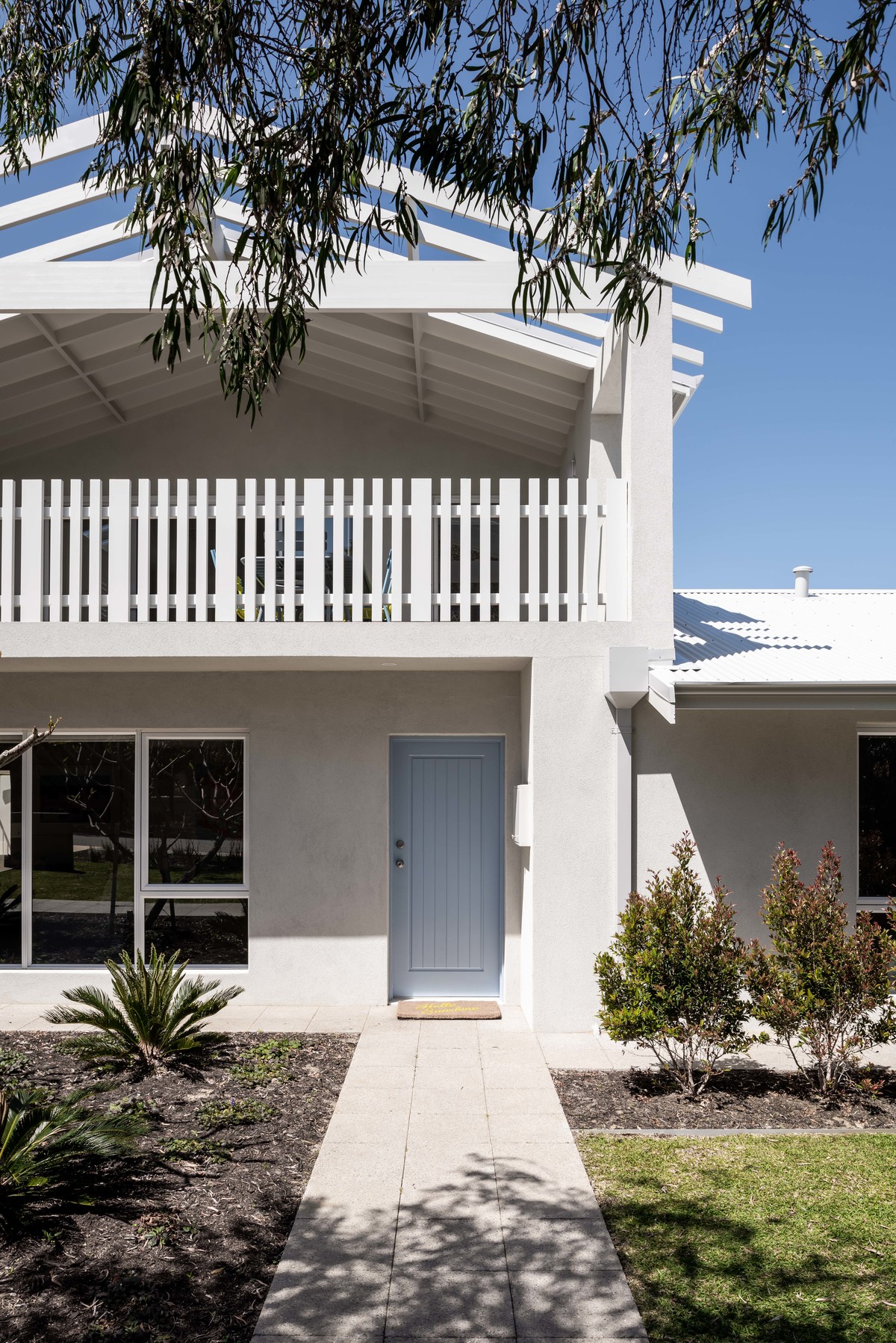 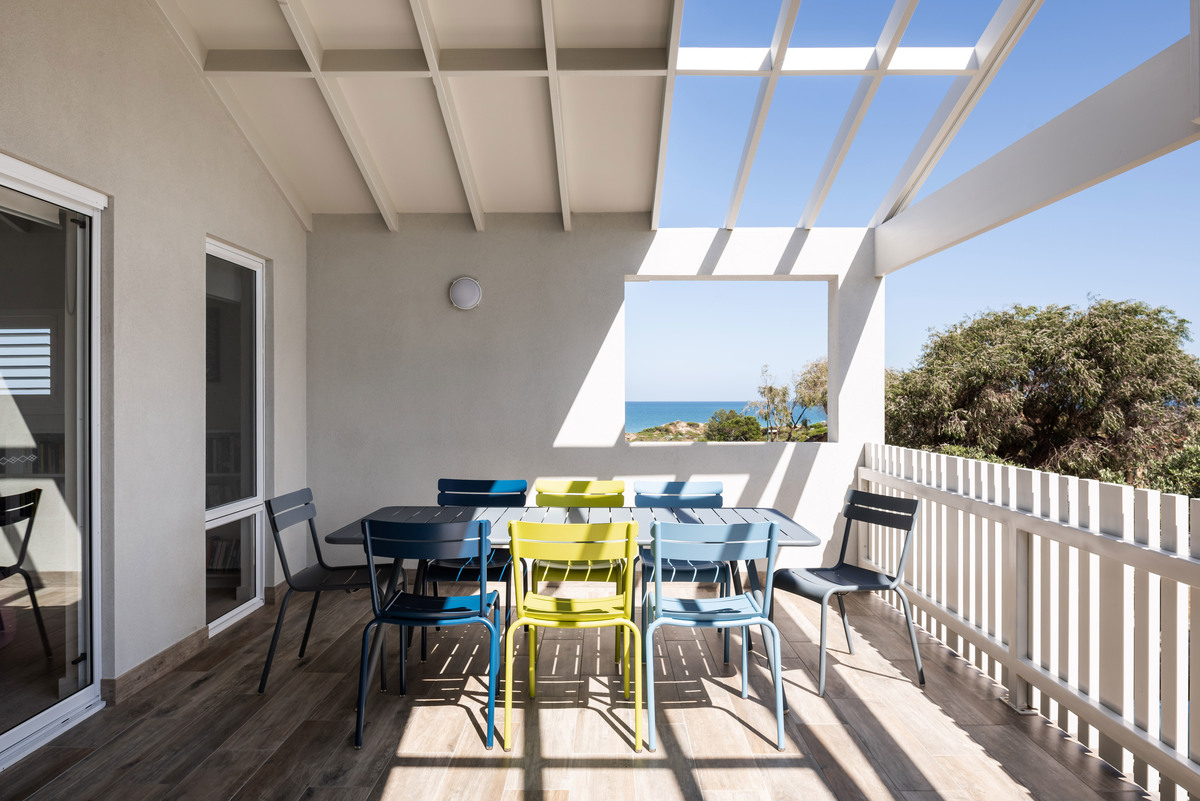 Despite being only a few houses from the beach, the original home lacked both street appeal and a view of the ocean. By demolishing the front portico and adding a deck to the front of the home, accessible from a new study, the architect transformed the home in one move - the architectural equivalent of reaching over, untying Laney's hair from its dowdy ponytail and watching in awe as she shakes her hair lose and turns from geek to gorgeous. The new deck captures a picturesque view of the ocean and immediately makes the home feel beachside instead of suburban. 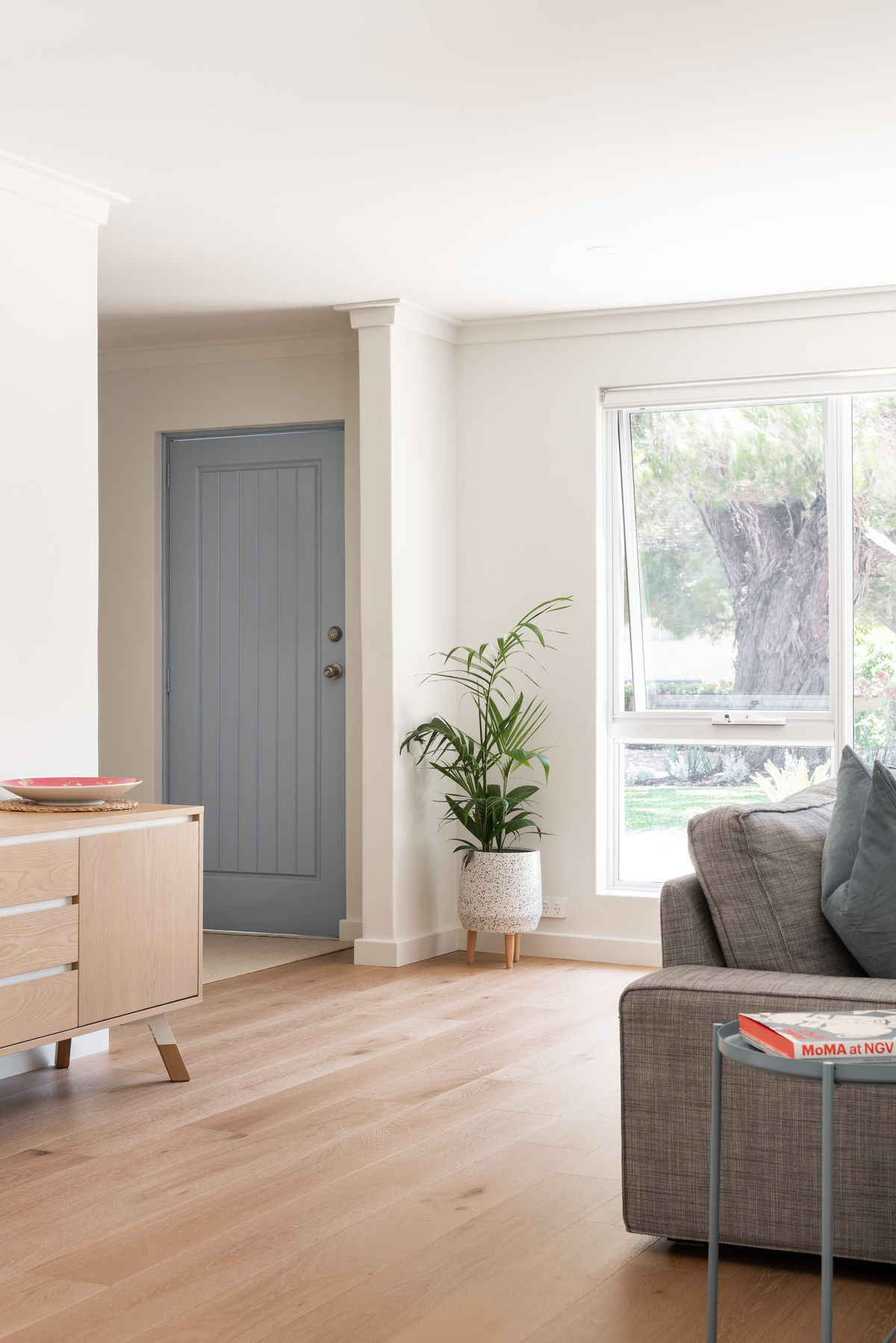 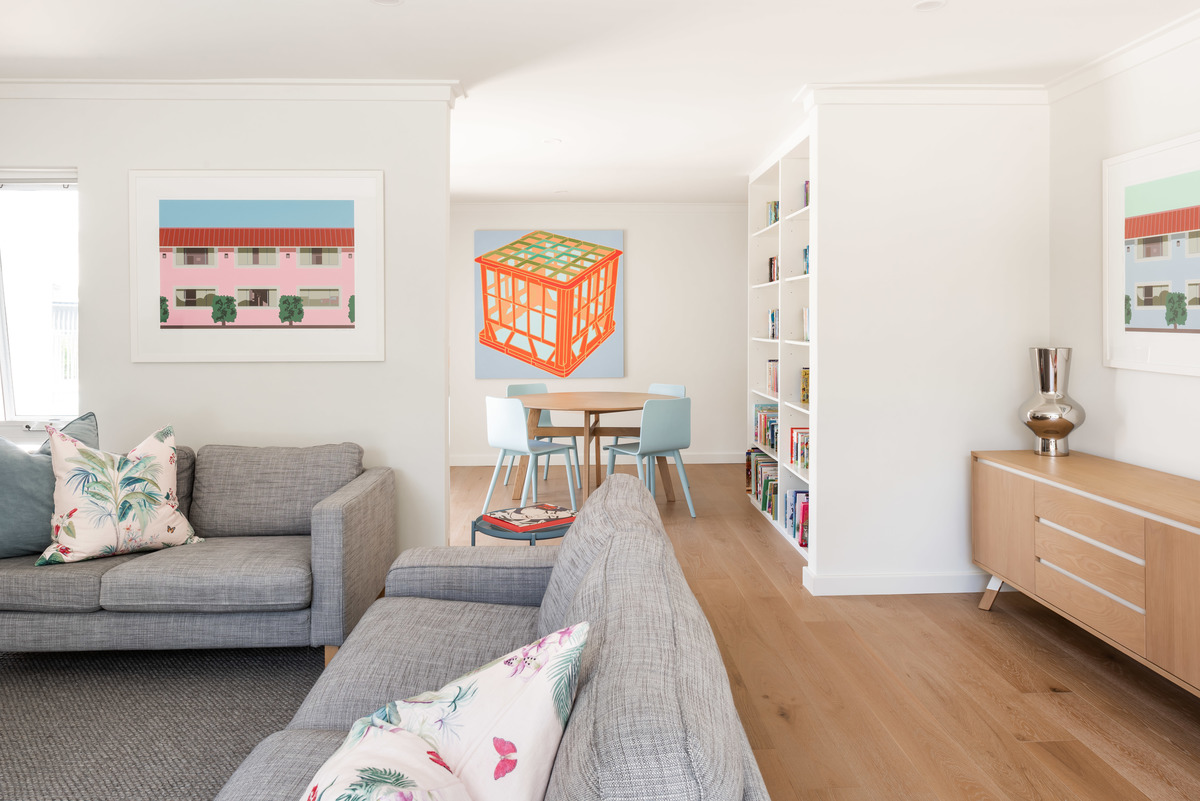 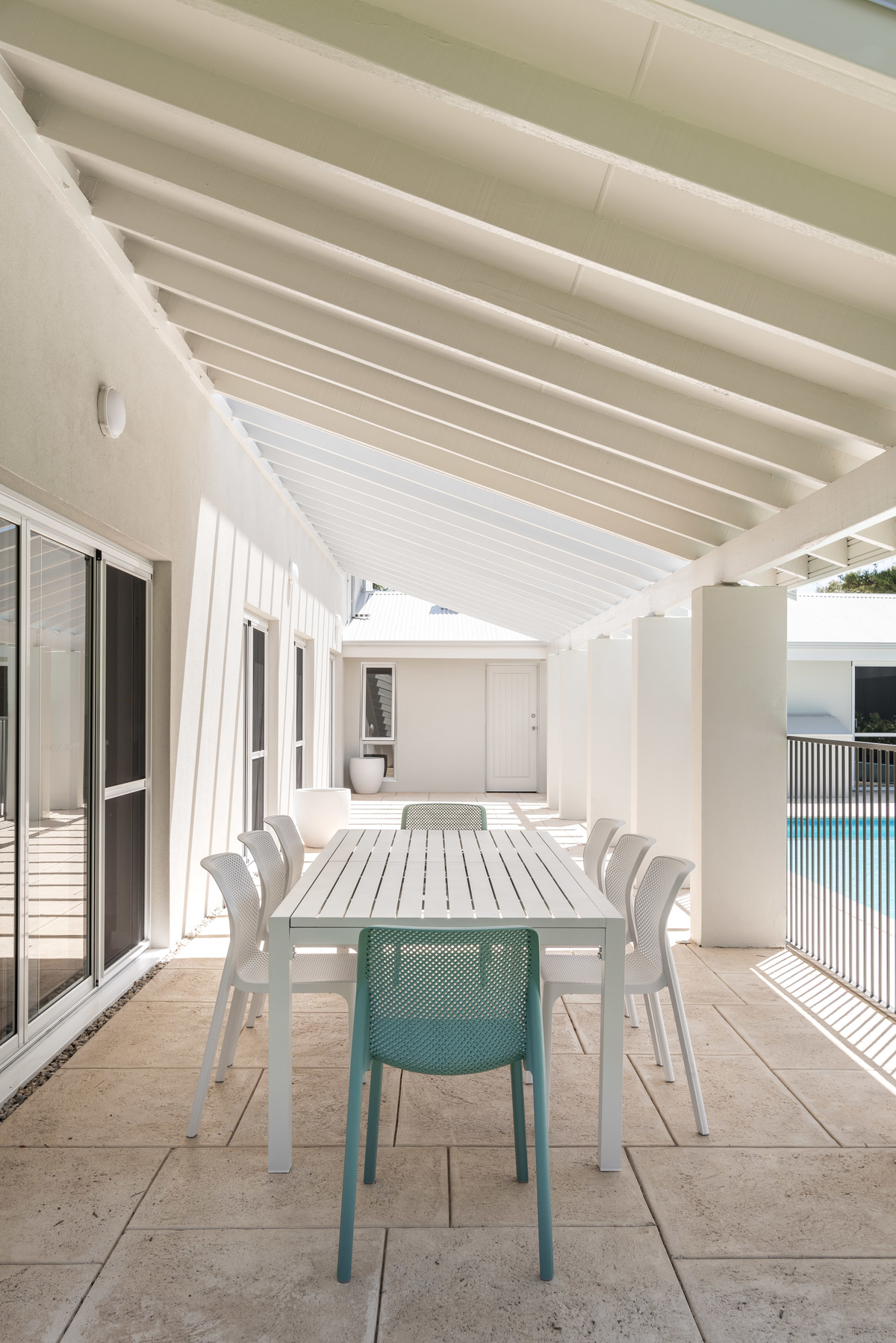 The old portico was also blocking north light from the living area, so this decision also brought more light into the home. Similarly, removing the verandah roof to the east of the house, leaving just the beams, fills the kitchen and dining area with golden morning light. 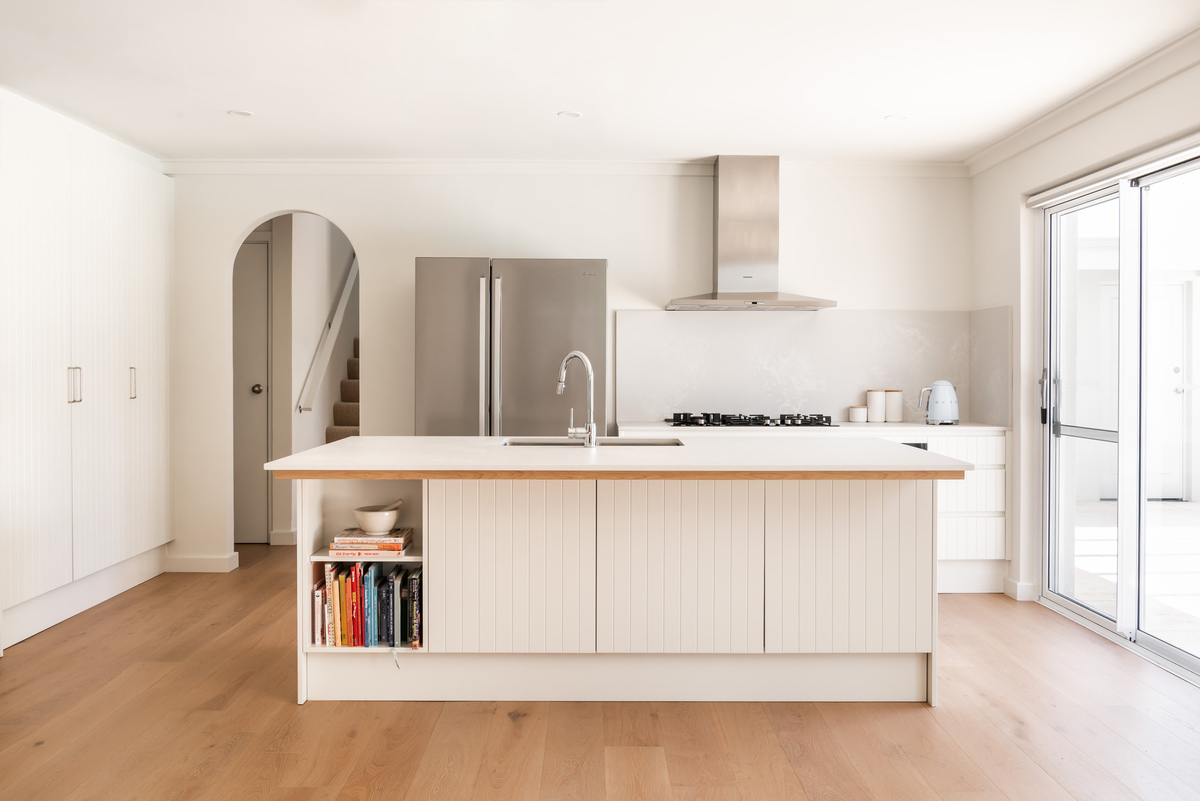 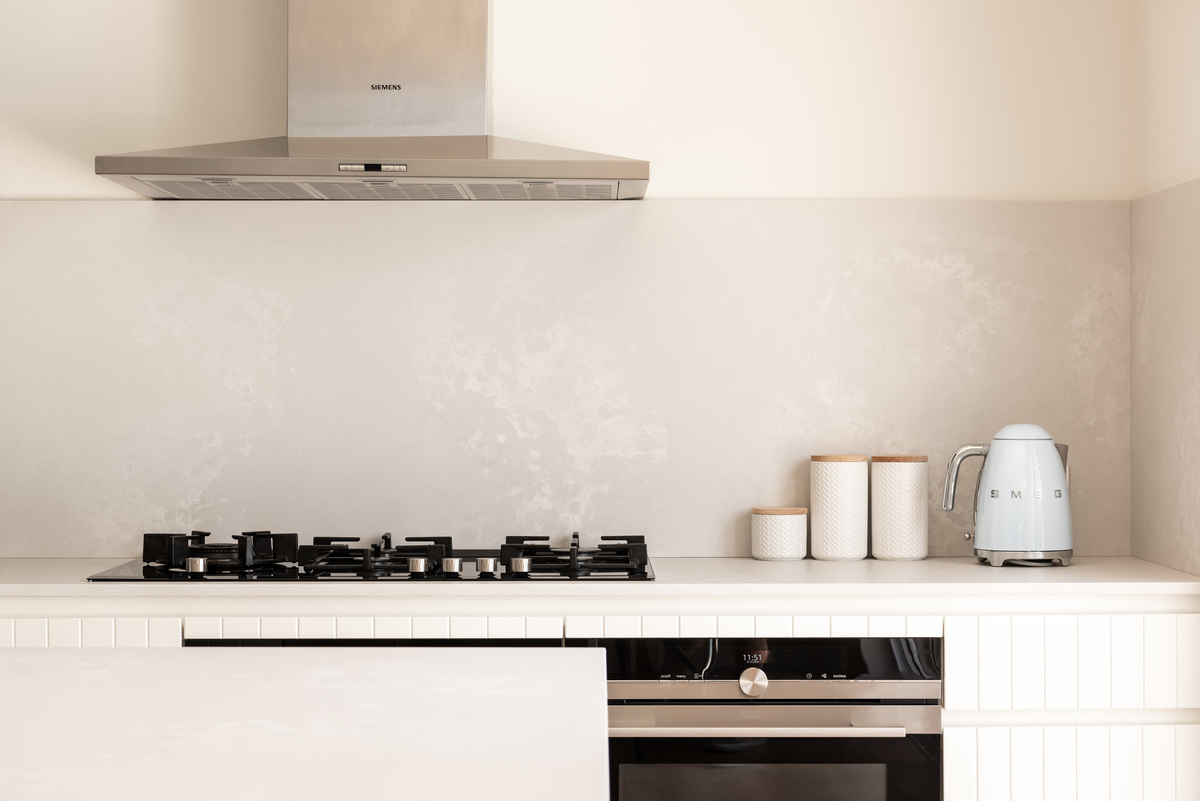 Connecting the home to the garden and pool was yet another challenge. 'Despite the beautiful backyard and leafy suburb, the original house was completely cut off from the rear garden', explains Sandy. 'Simply inserting a large new window in the rear living space means you can now see the backyard from the kitchen, dining and living areas of the home. A new window in the kitchen also enables a view to the pool.' 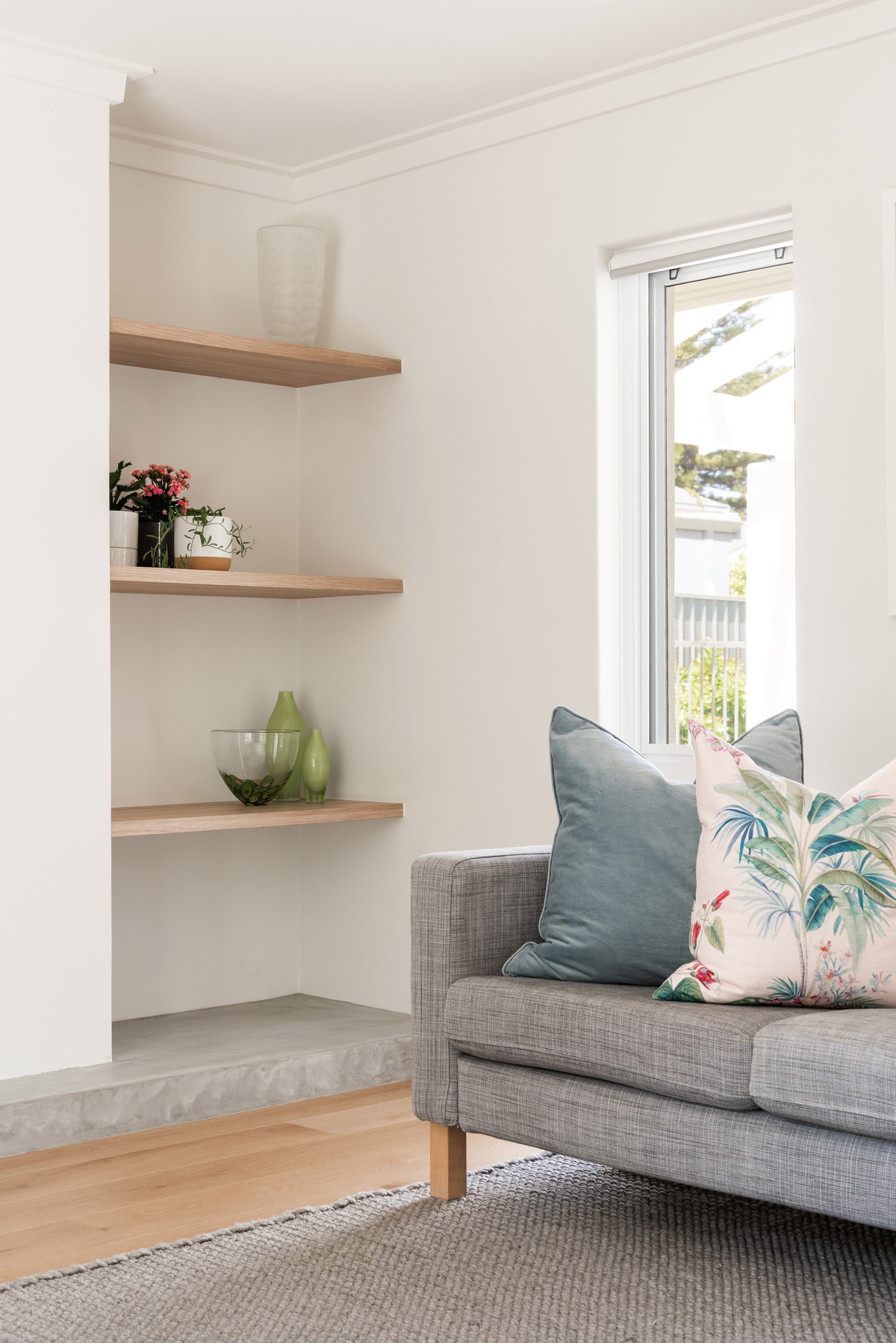 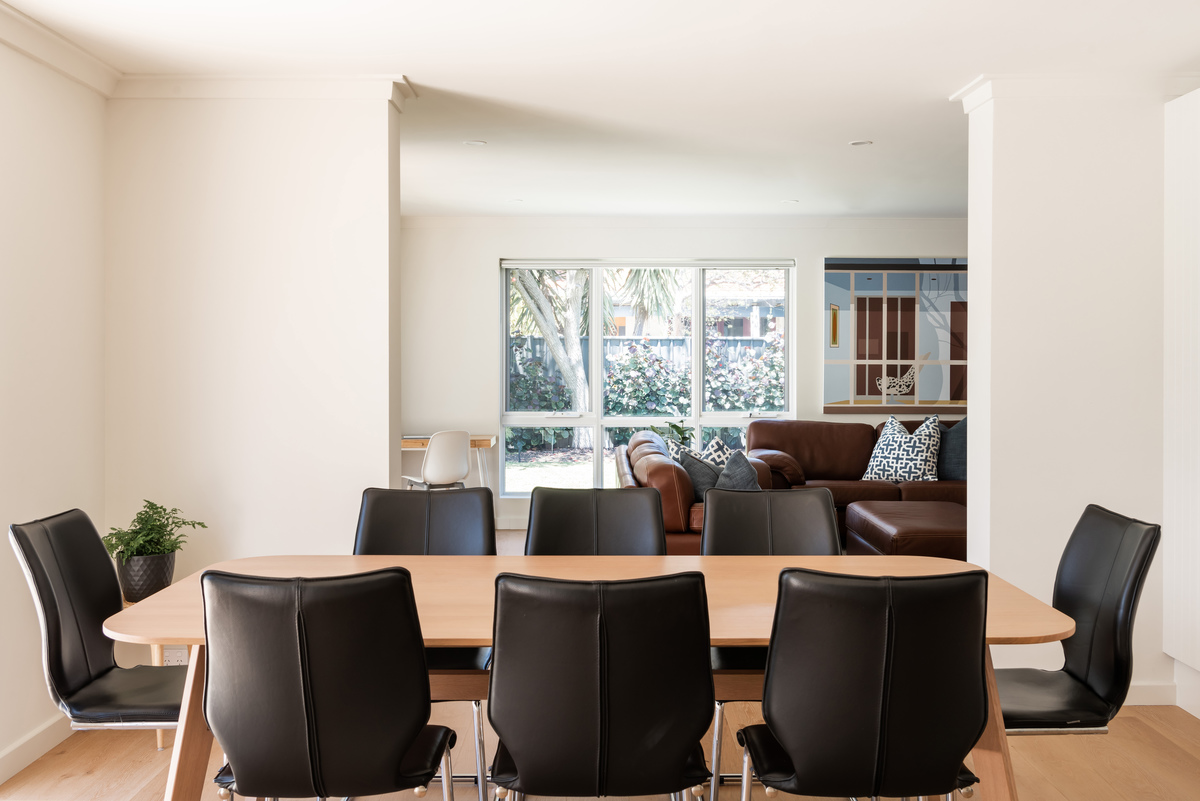 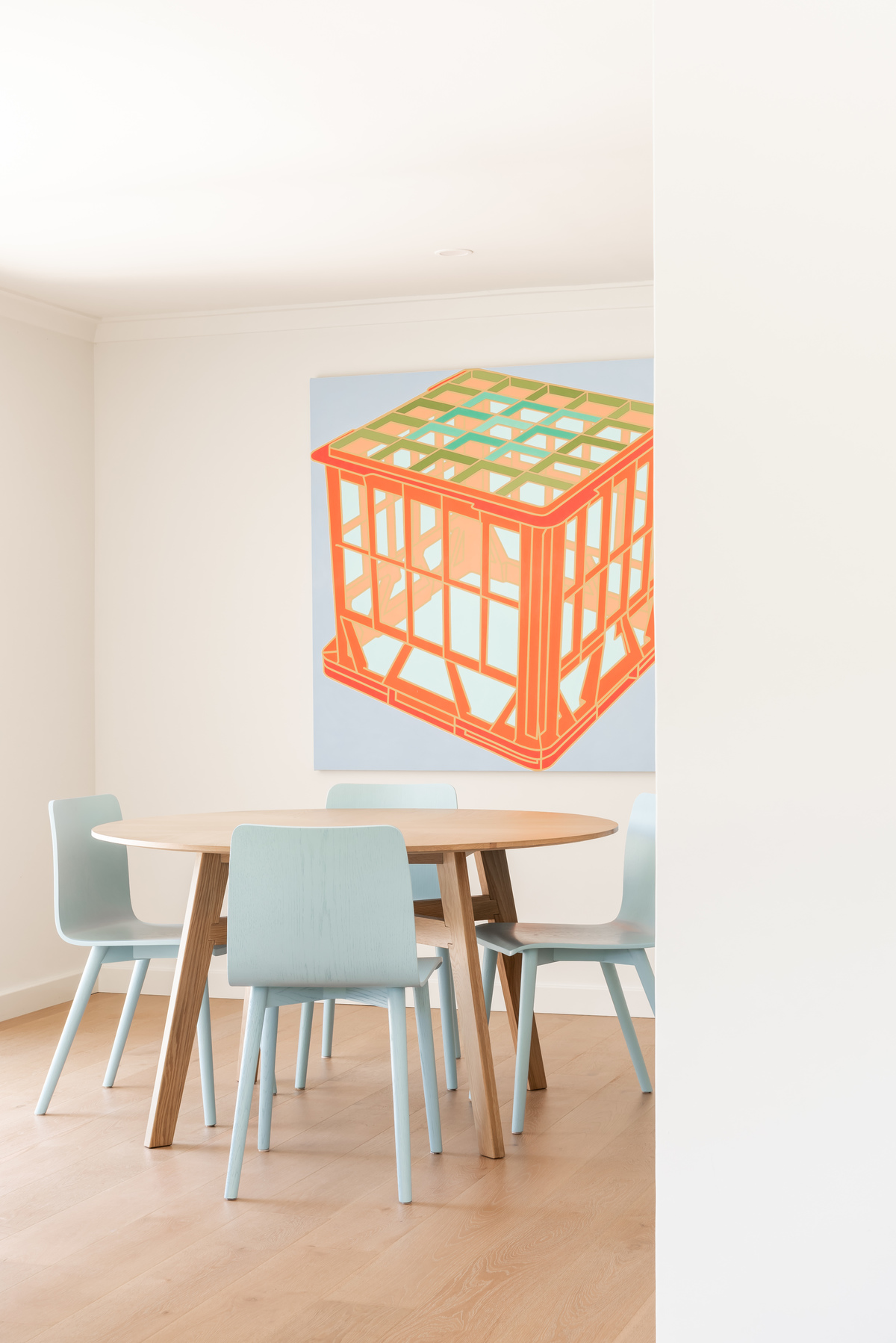 The final transformation involved painting both inside and out white. Compared to the original shades of brown, the white bounces light around and makes the home feel more spacious and breezy. And what colour would befit a stunning, beachside home? Surfmist, of course. 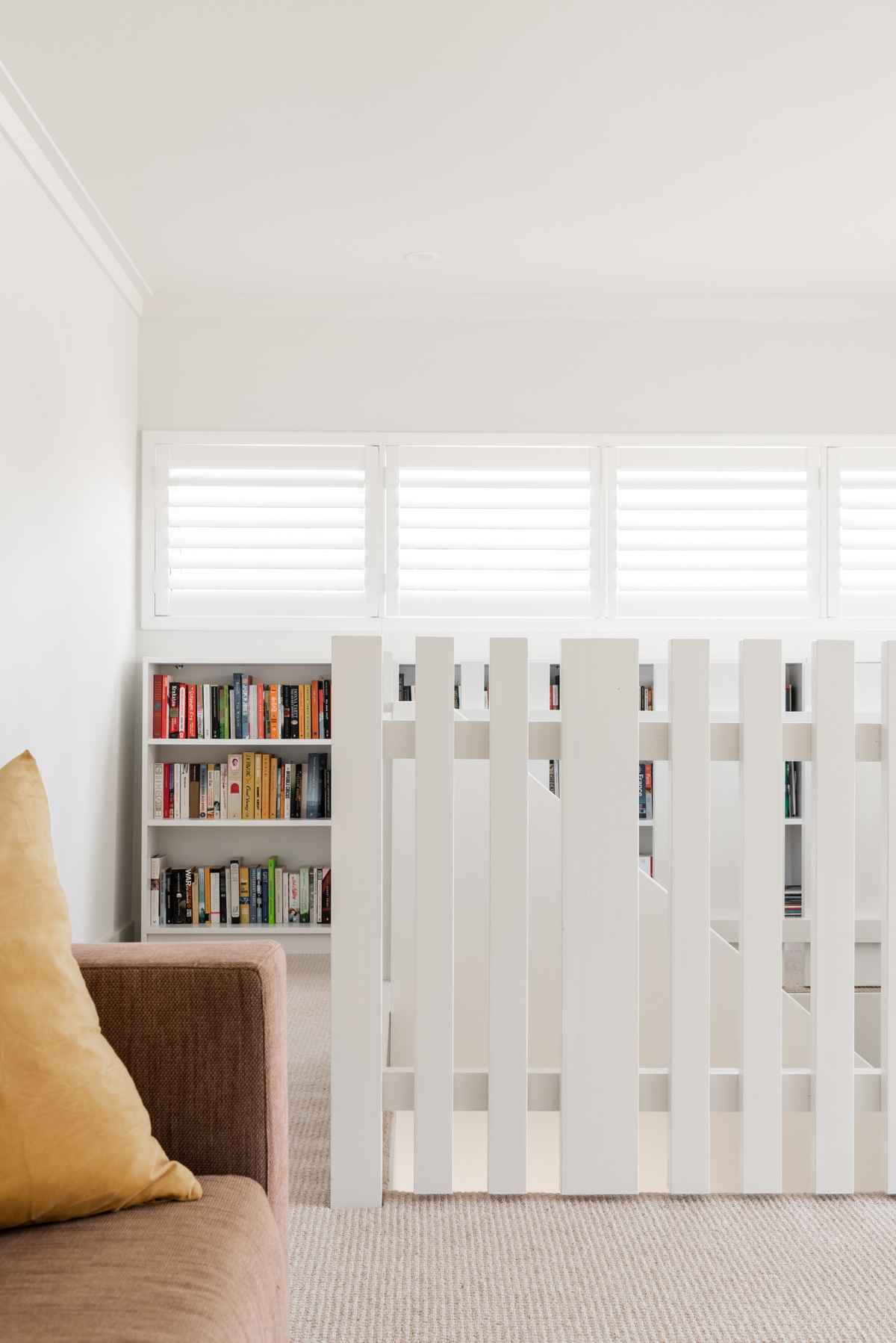 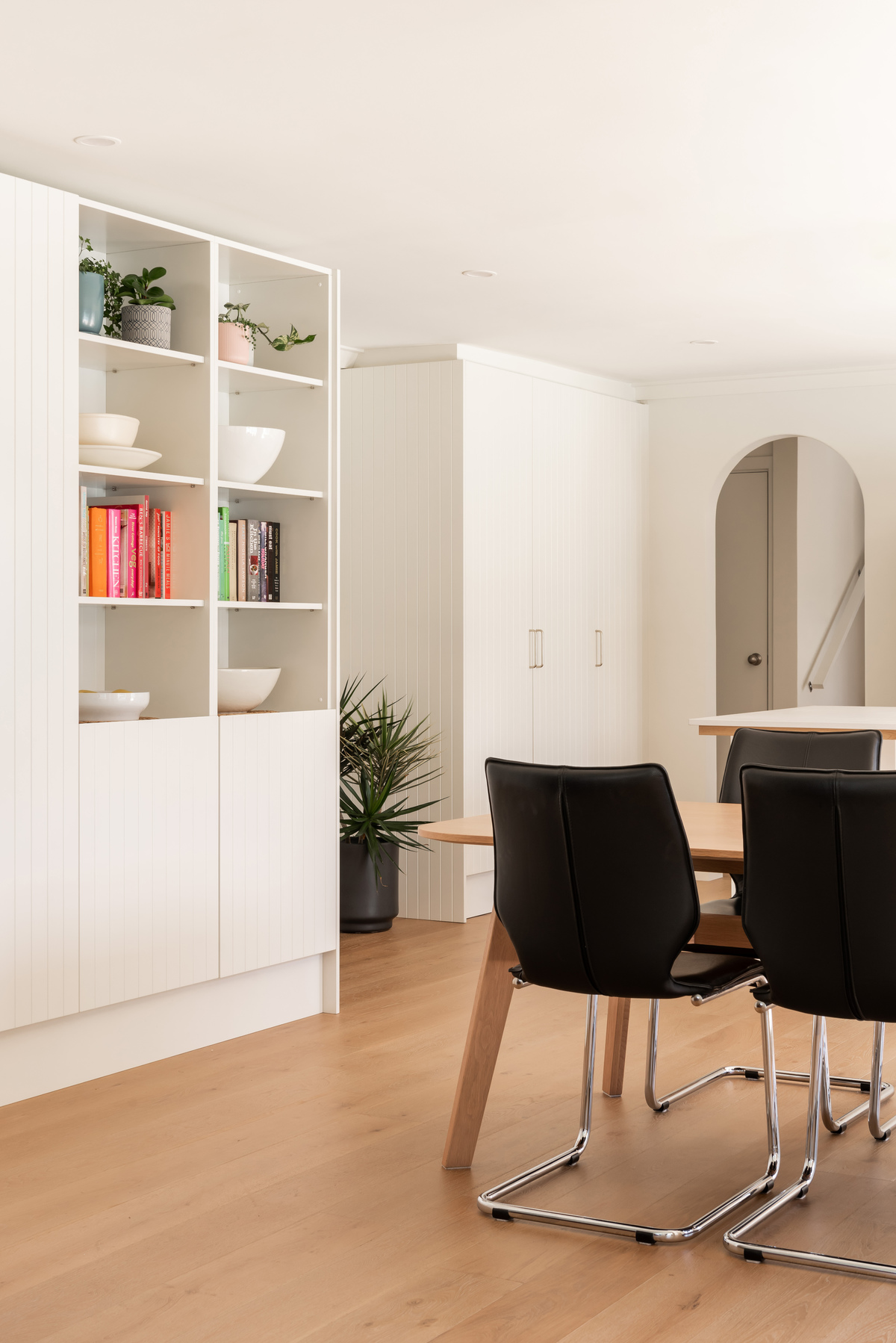 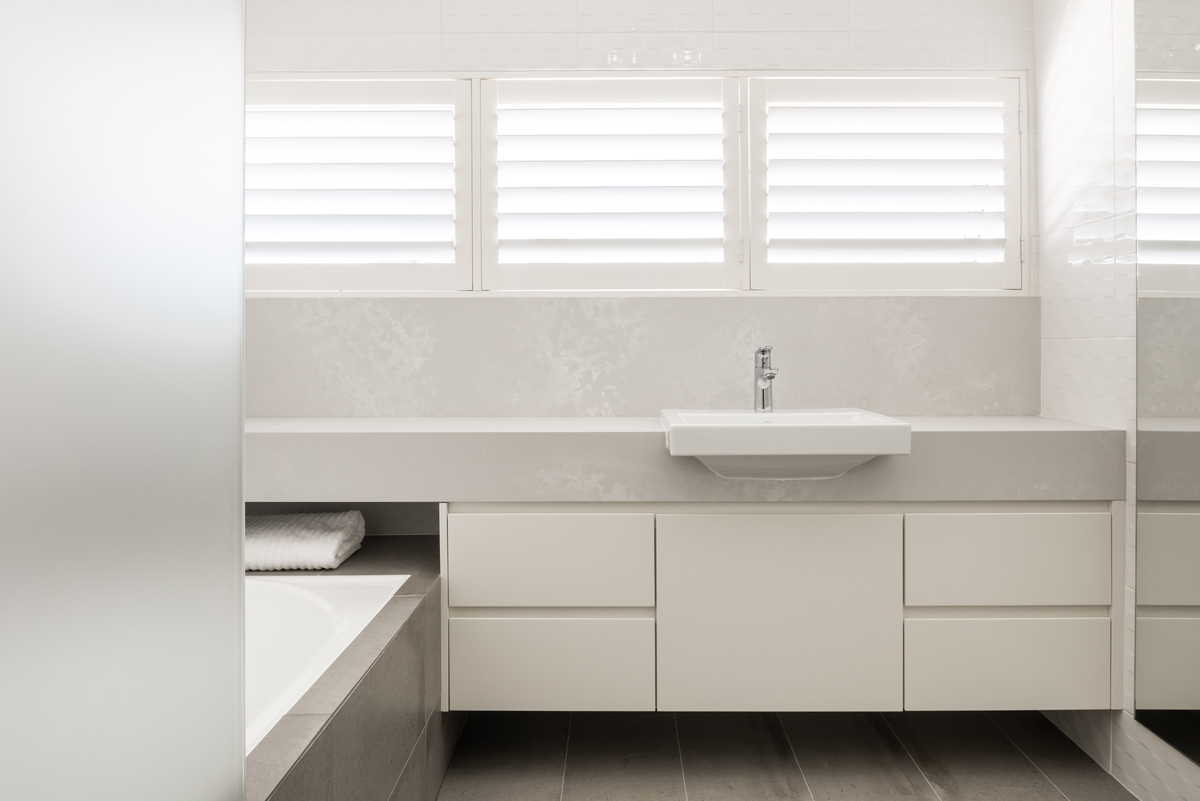 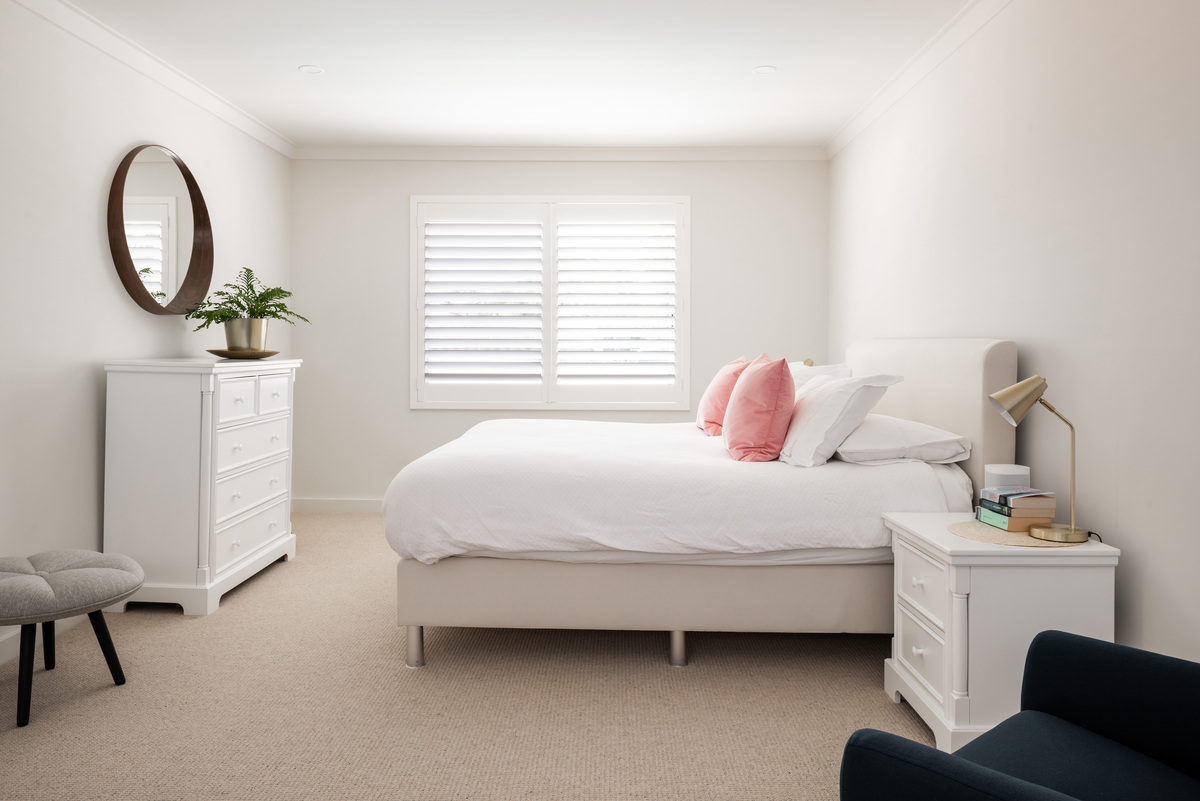 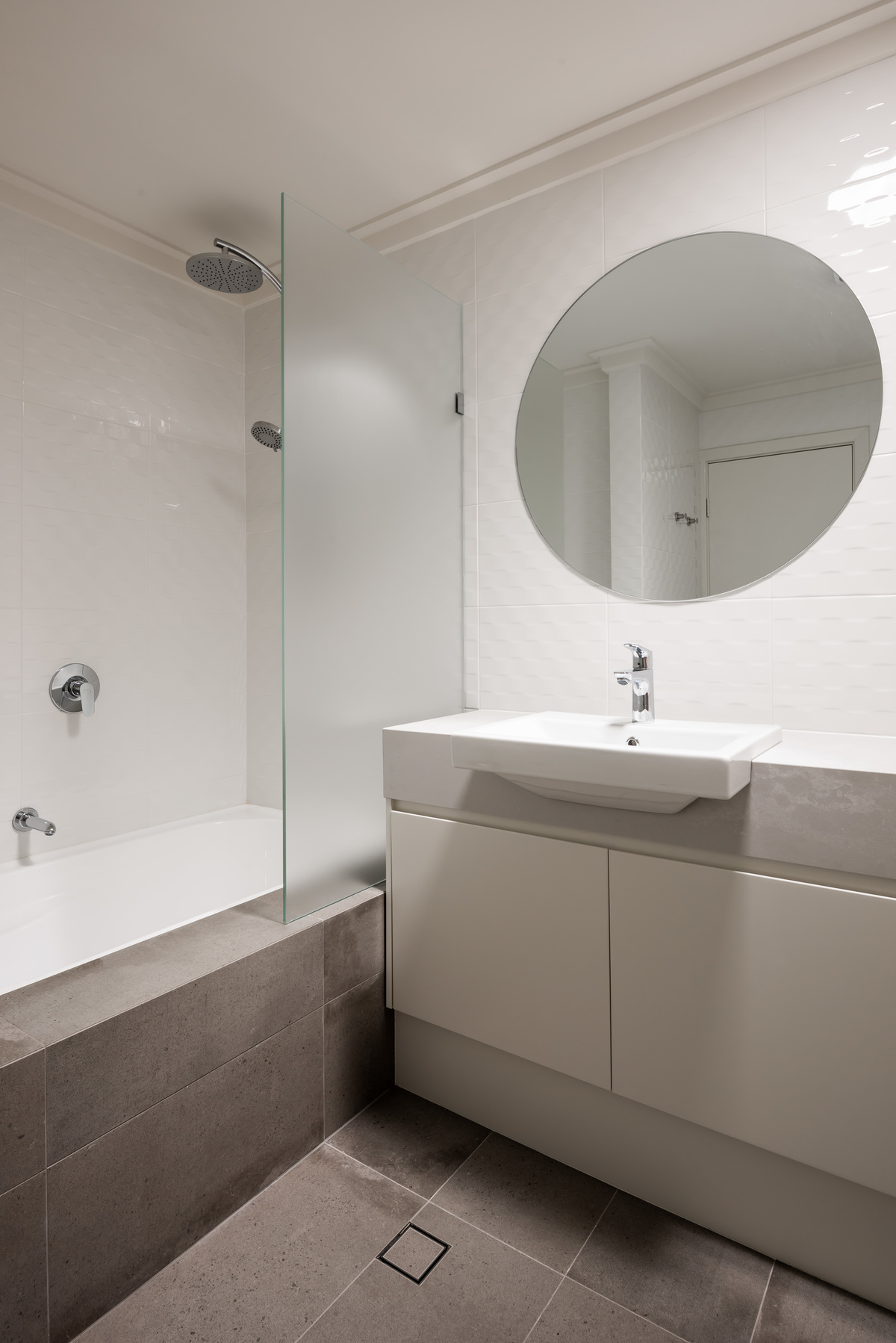 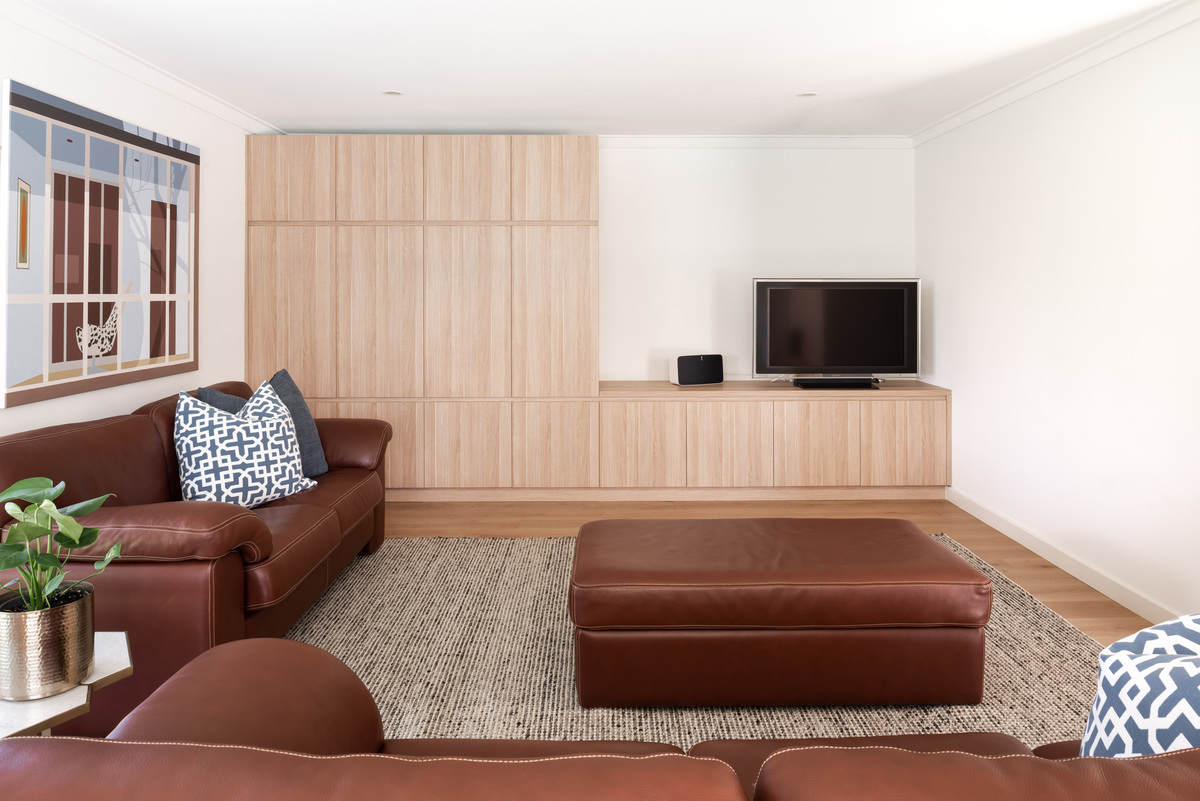 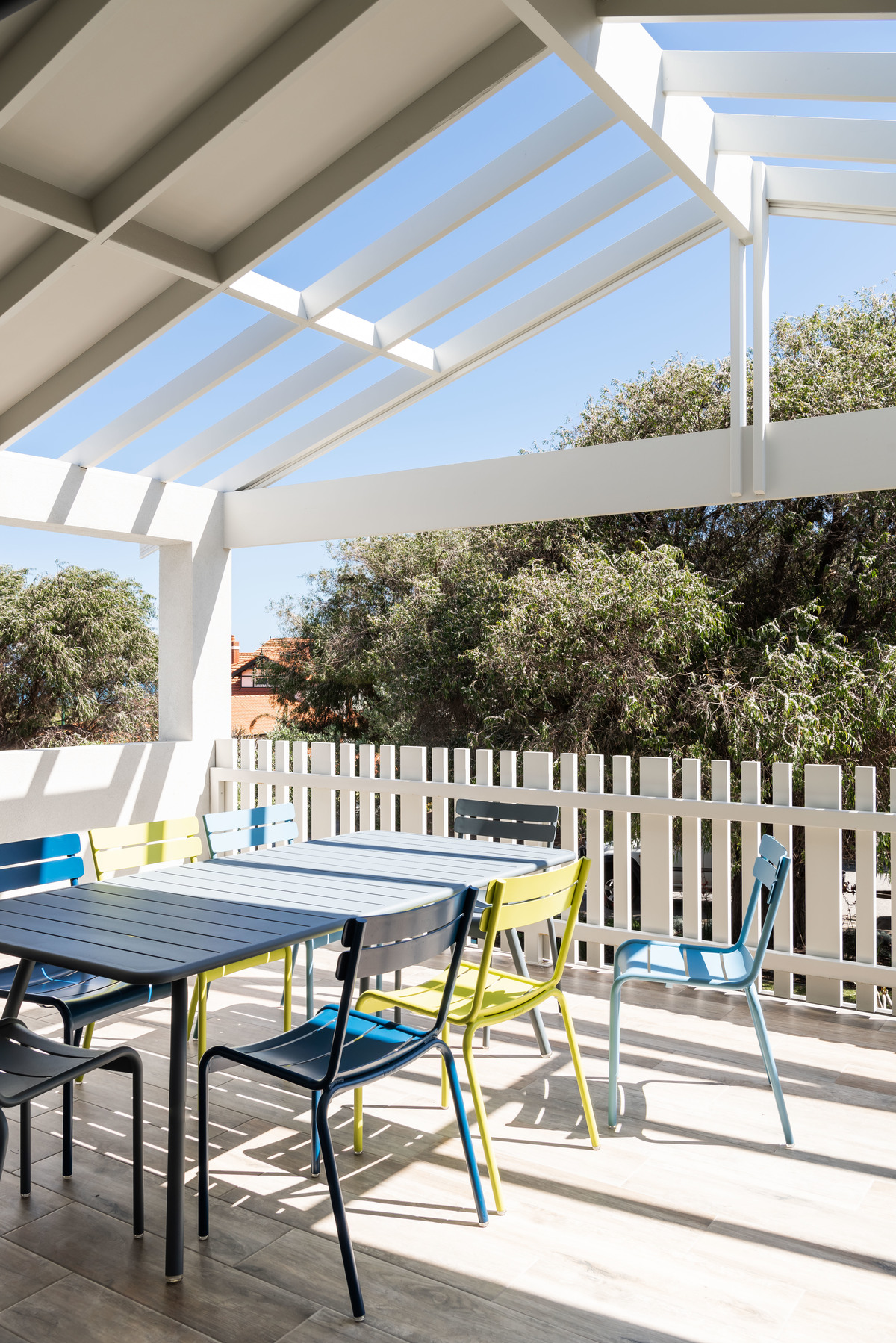 The owners' bravery has certainly paid off and their mouthy friends are no doubt eating their words because Surfmist House is now officially cool (and a comfortable, livable home) perfect for its beachside location.

Tell us what you love about Surfmist House... 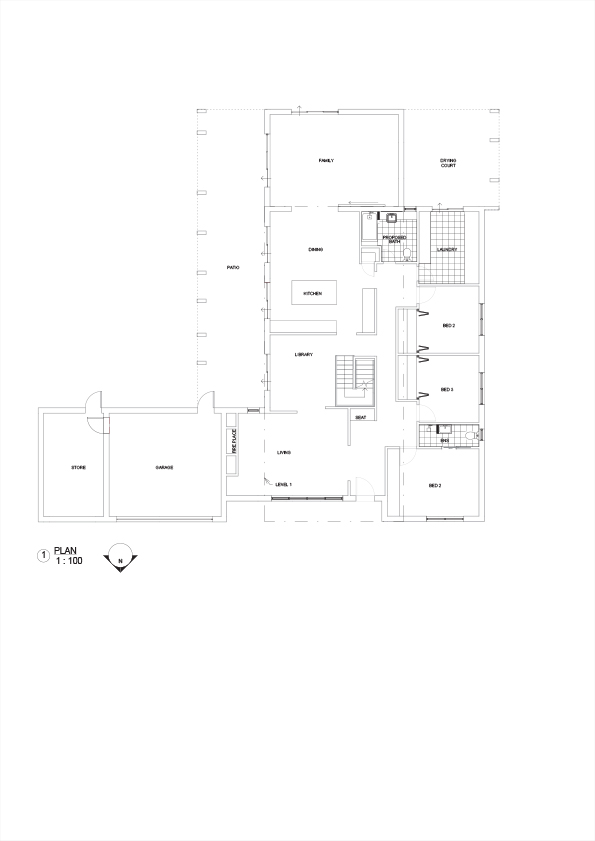 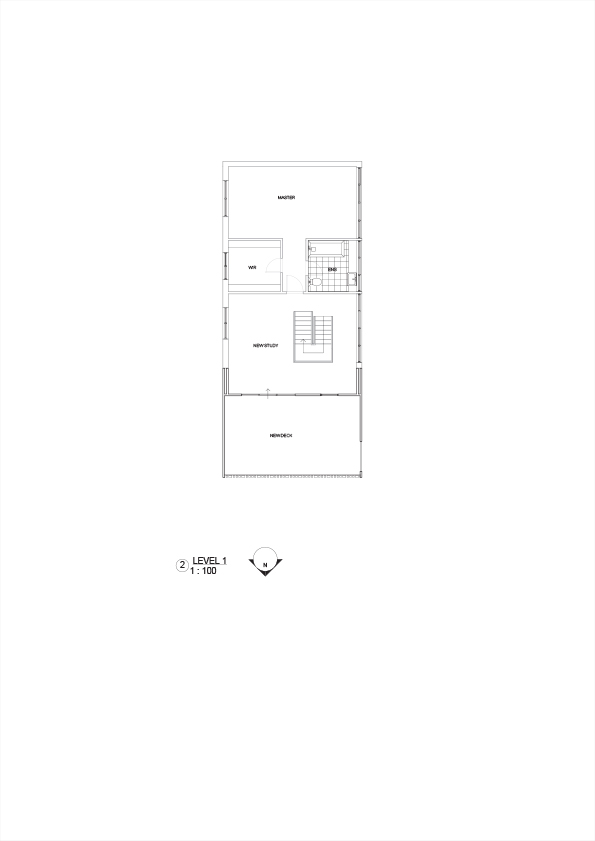