The owners of this grand Victorian-era home in Melbourne worked with OOF! Architects to develop a staged renovation which would allow them to balance their budget with the changing needs of their family as their kids grow into teens. The two stages, spread over 10 years have transformed the home for 21st Century living... 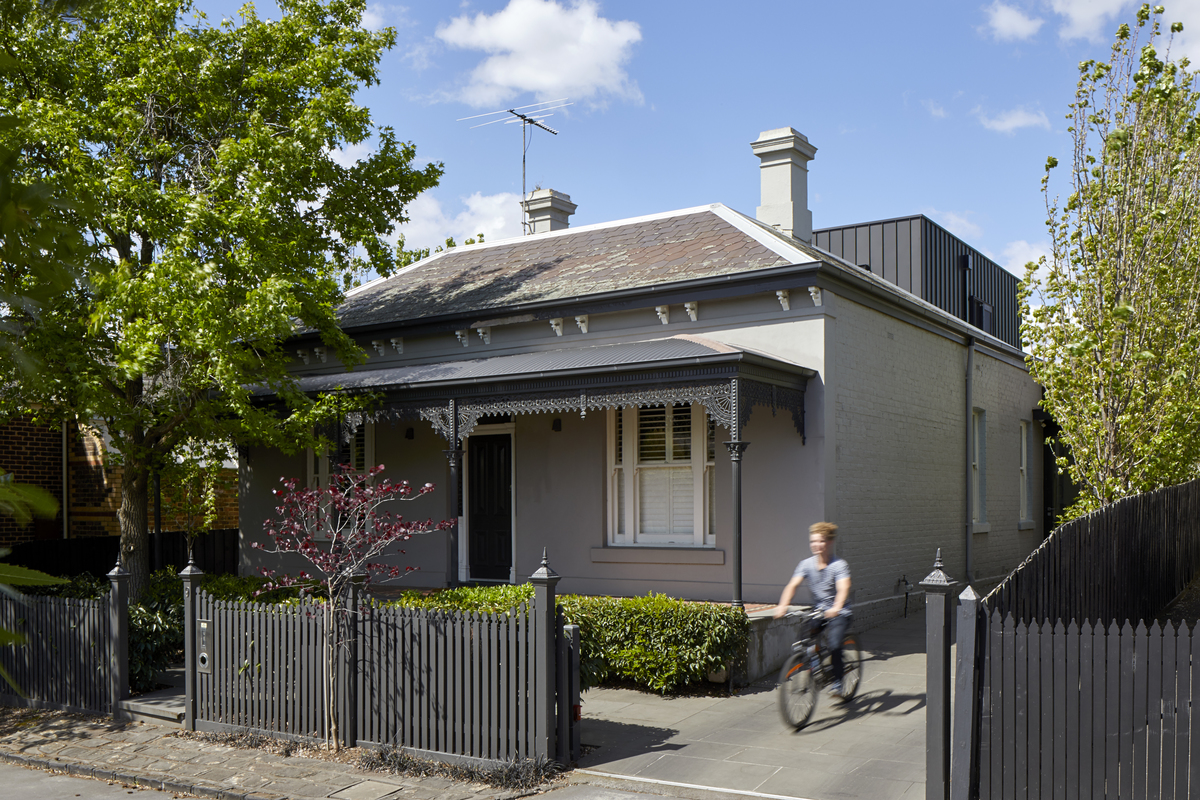 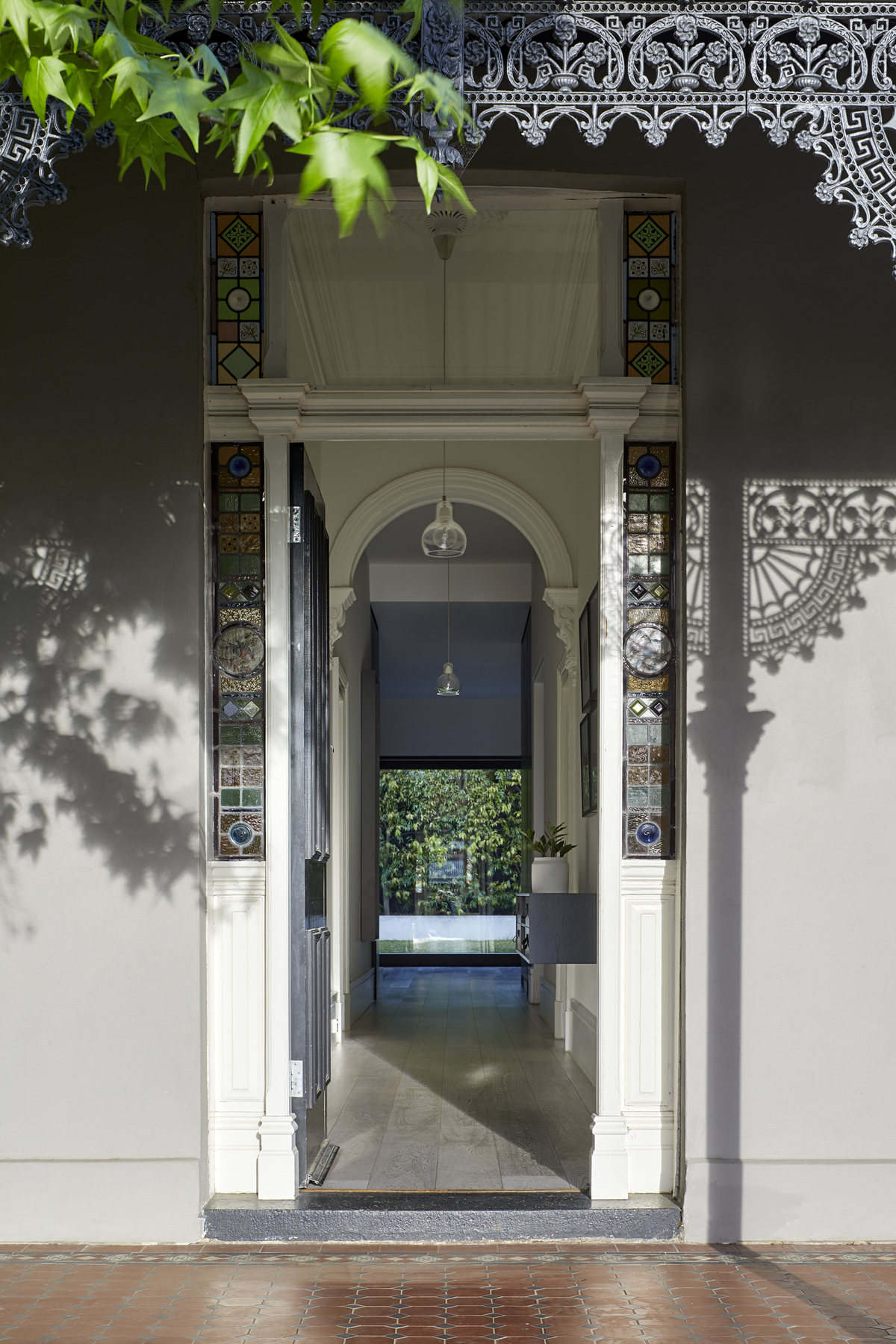 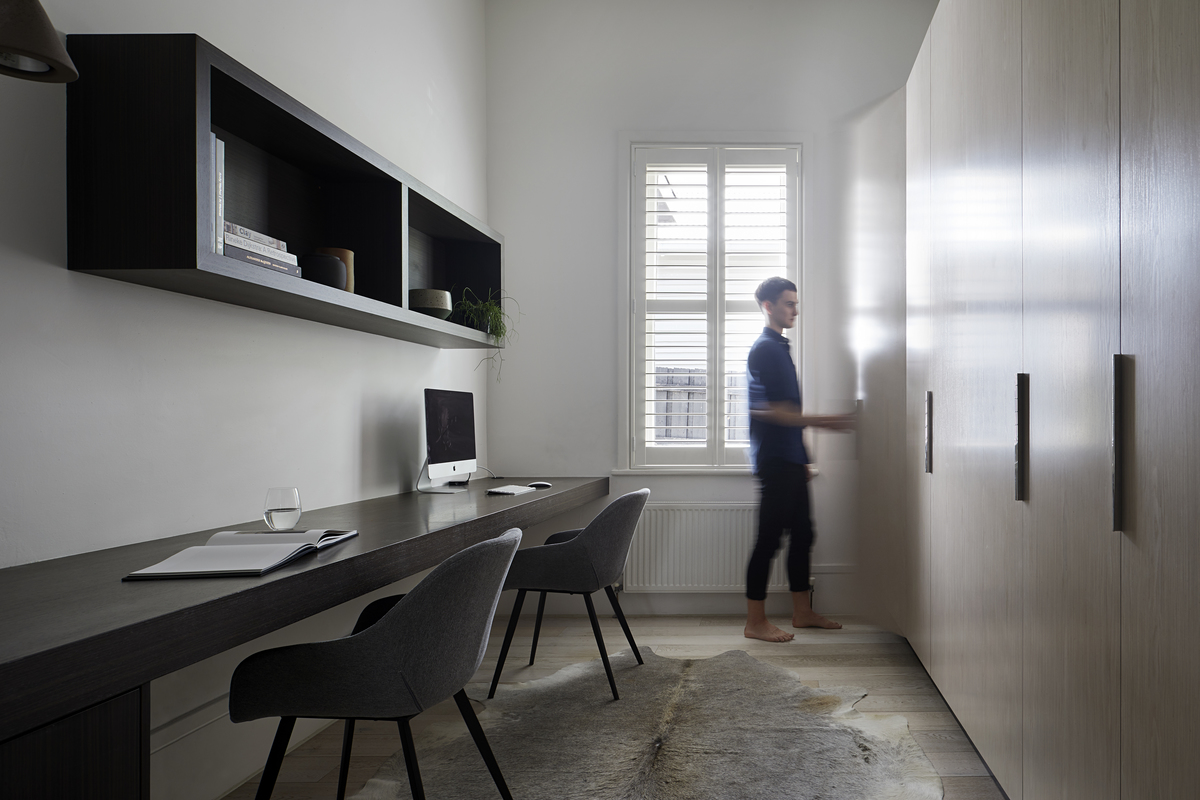 The first stage of this renovation righted the outcome of several layers of tired renovations to this home. The cast-iron lacework was reinstated on the verandah and the elegant original rooms were refreshed to restore their inherent beauty. 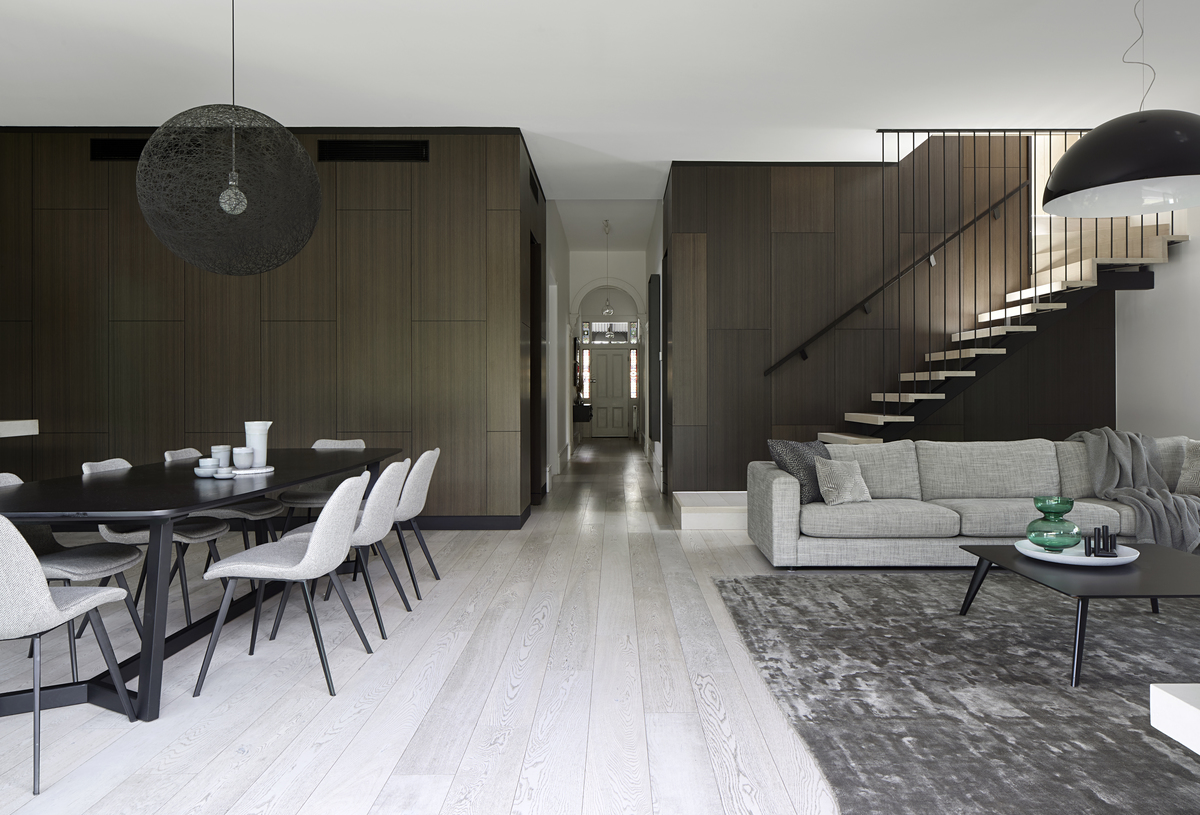 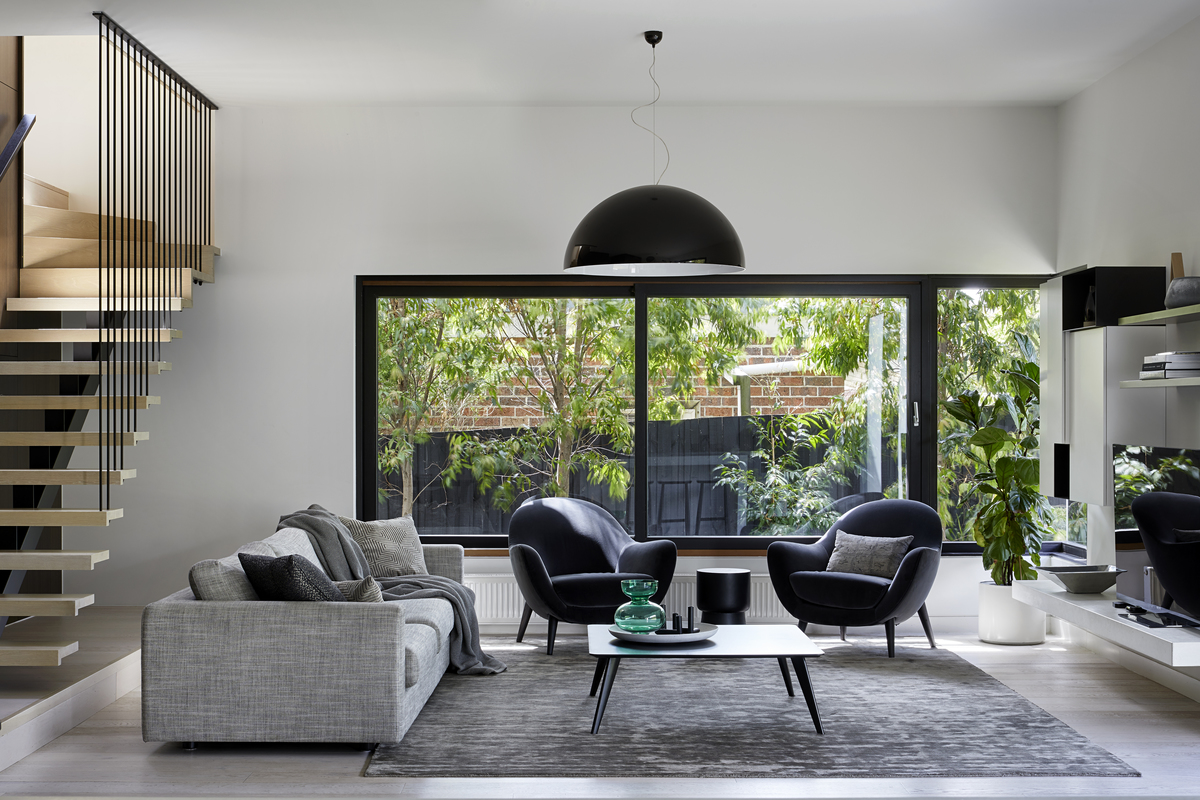 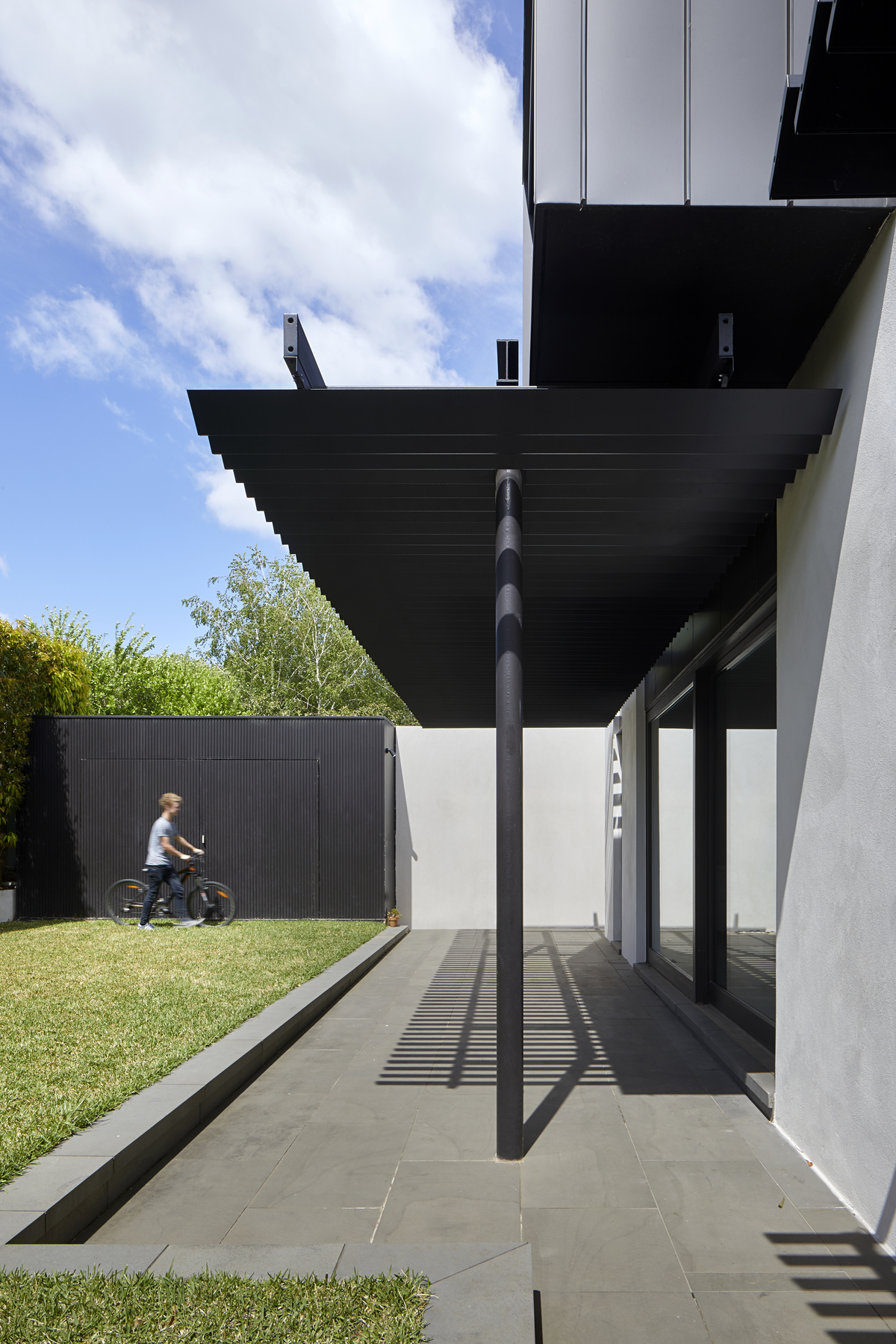 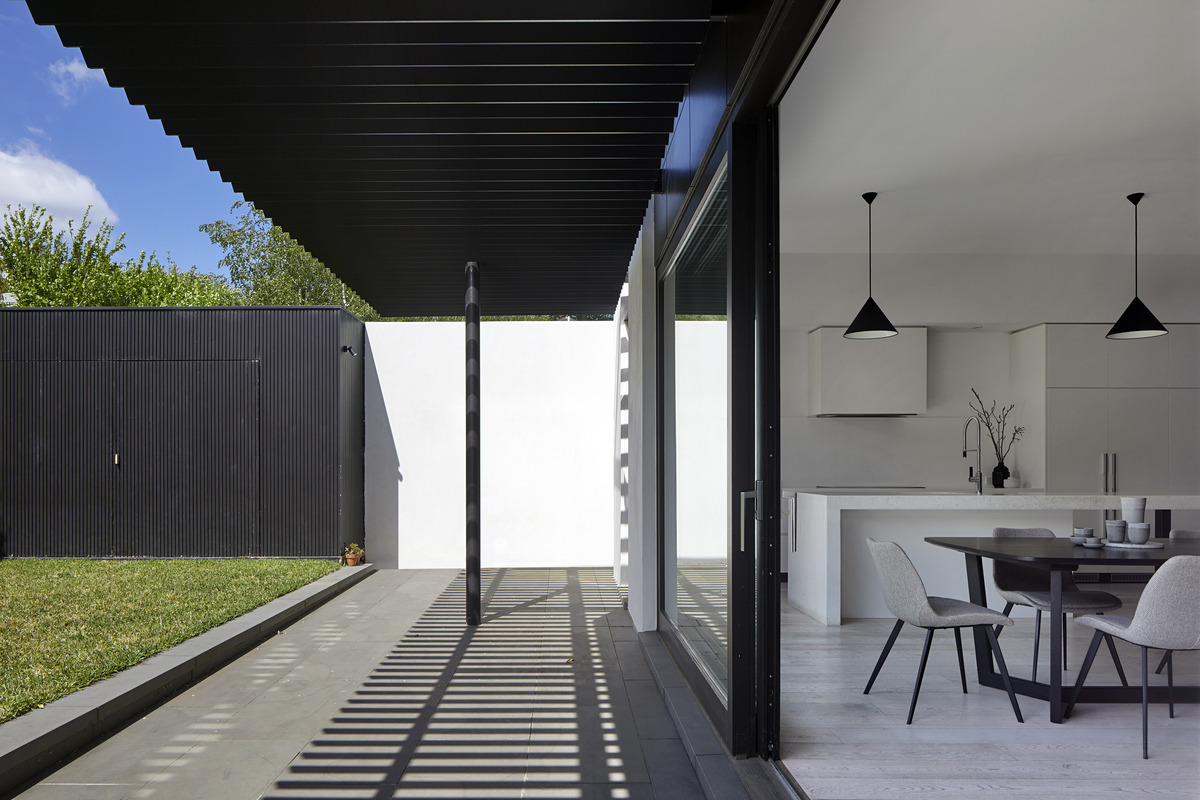 A dated '80s addition to the rear was replaced with a bright, airy open-plan living space opening onto the backyard. Large sliding glass doors allow the living area to spill outside for entertaining or just enjoying some fresh air in the sunny backyard. 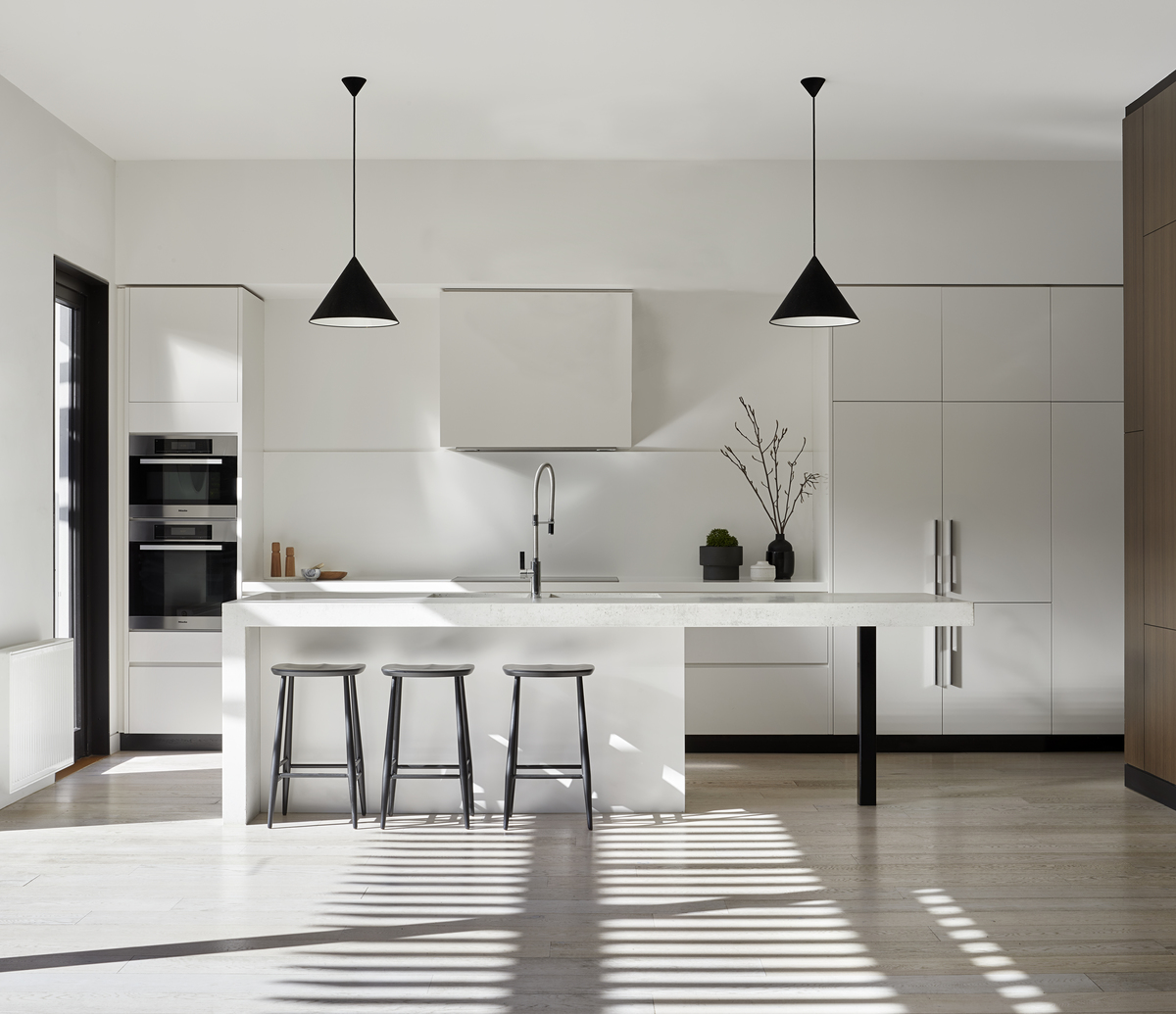 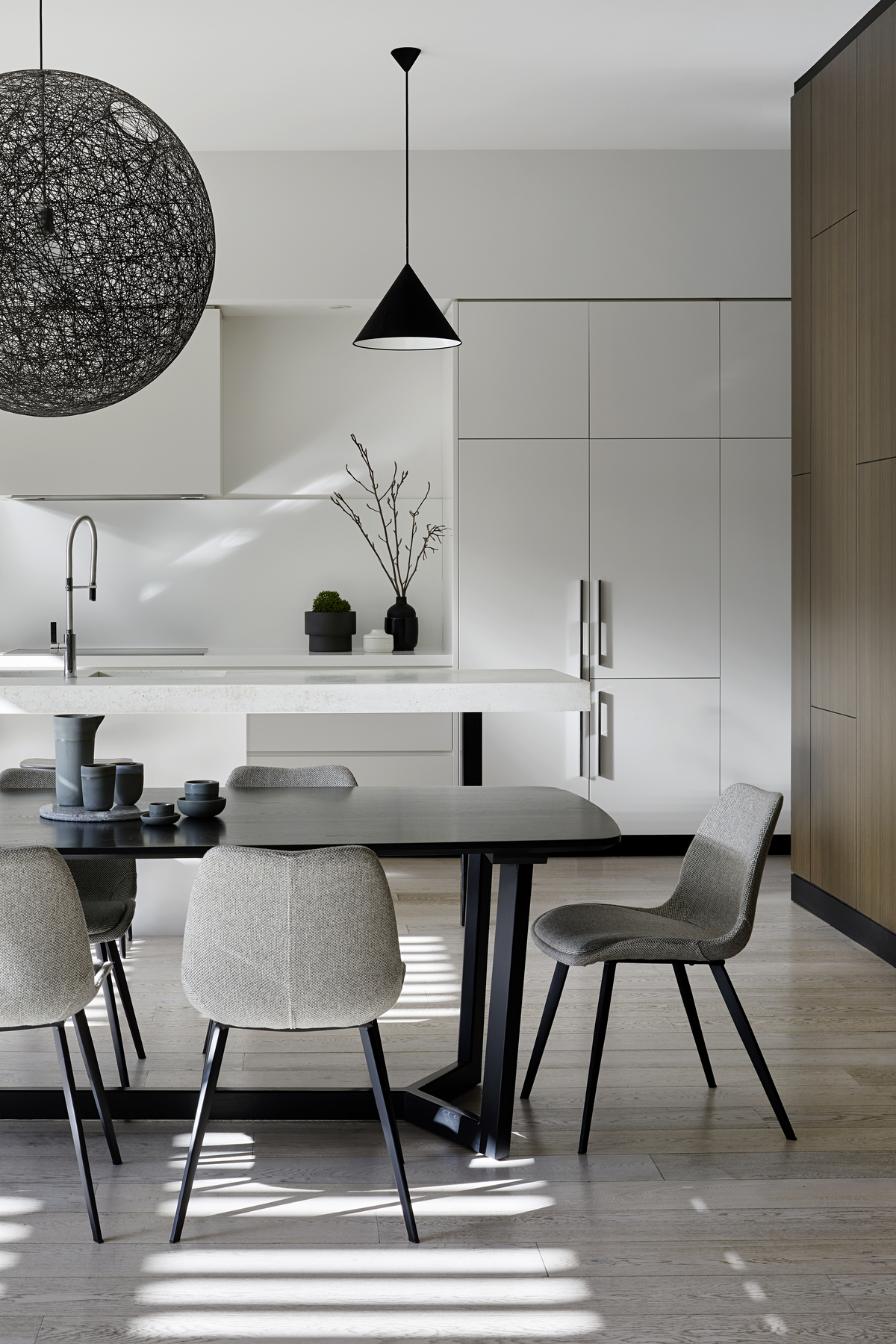 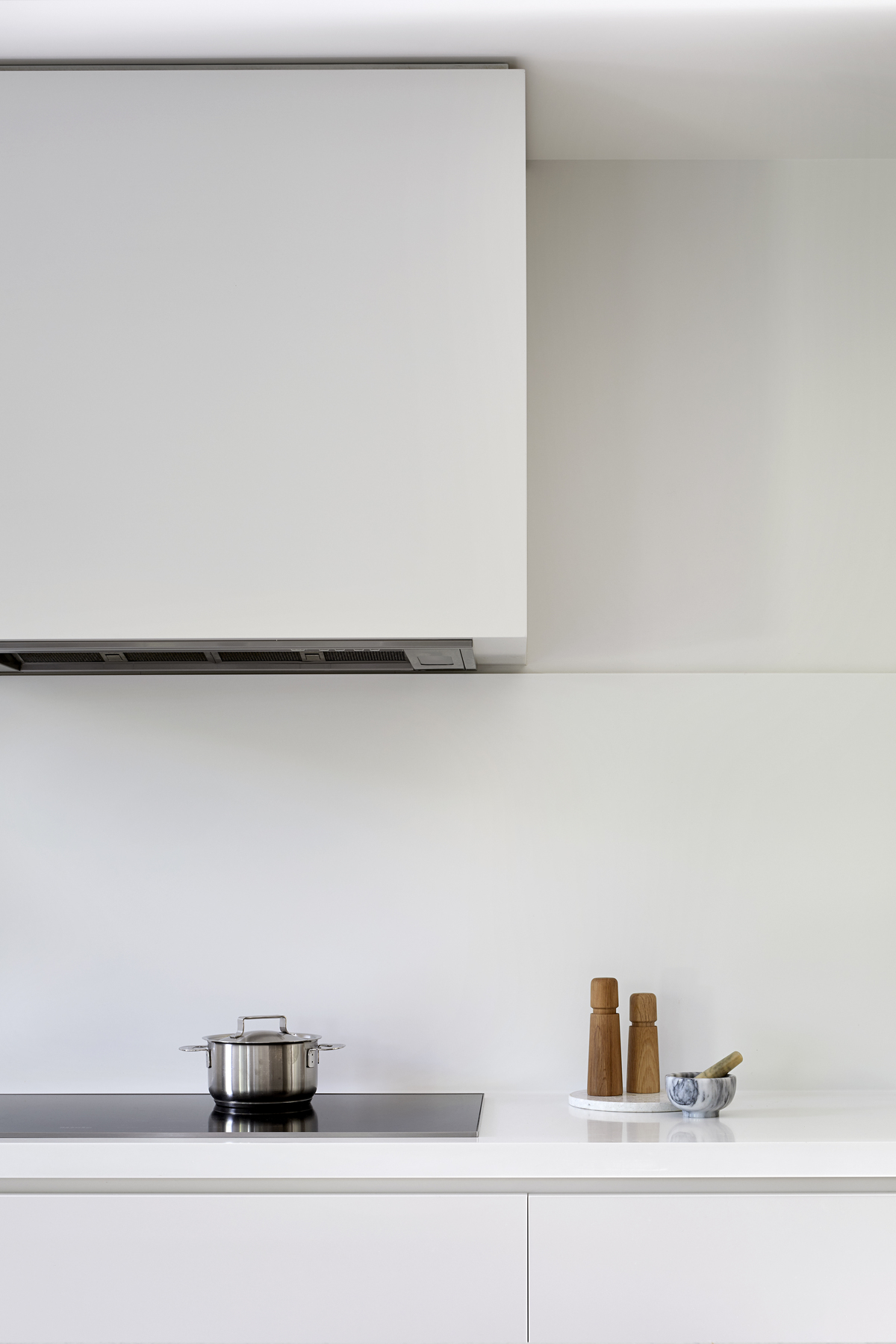 A side entry from the car space opens into the kitchen and laundry, while a generous pantry is concealed from the open plan living area. This provides convenient access for those times when you've got bags full of groceries or a place for the kids to dump their bags and head straight to the fridge after a long day at school. 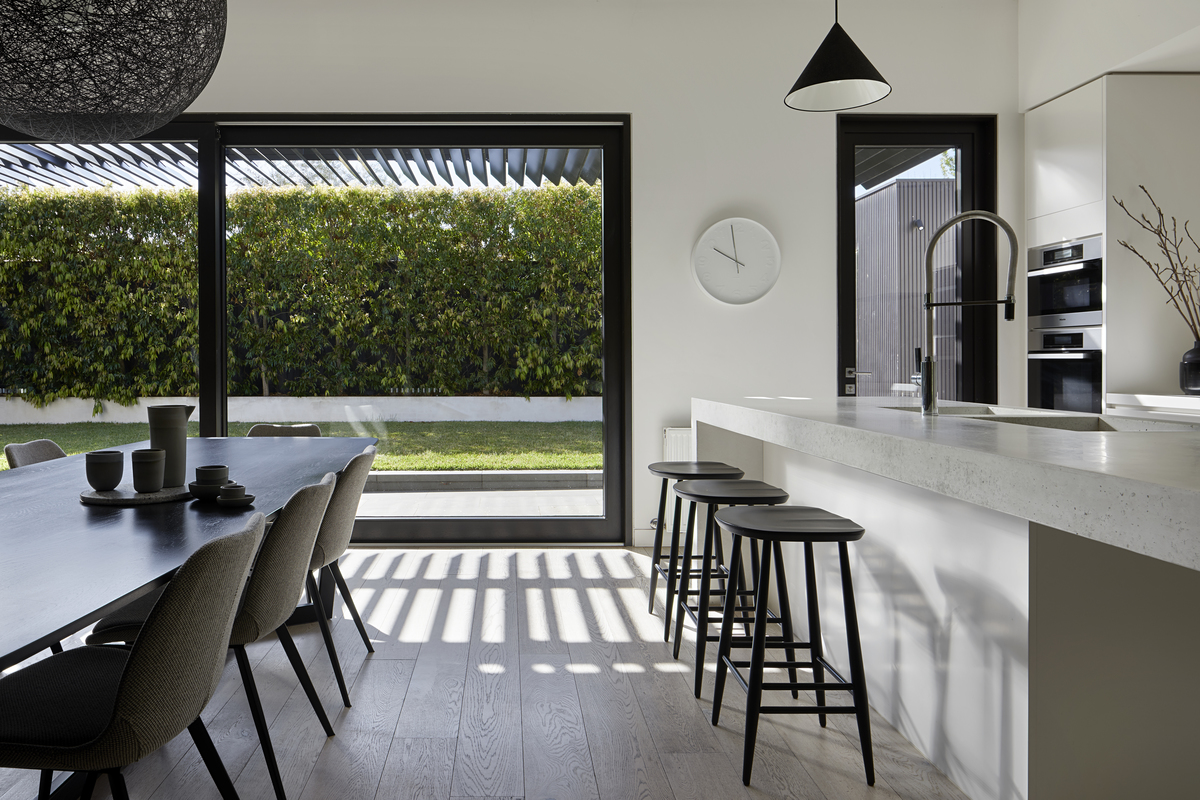 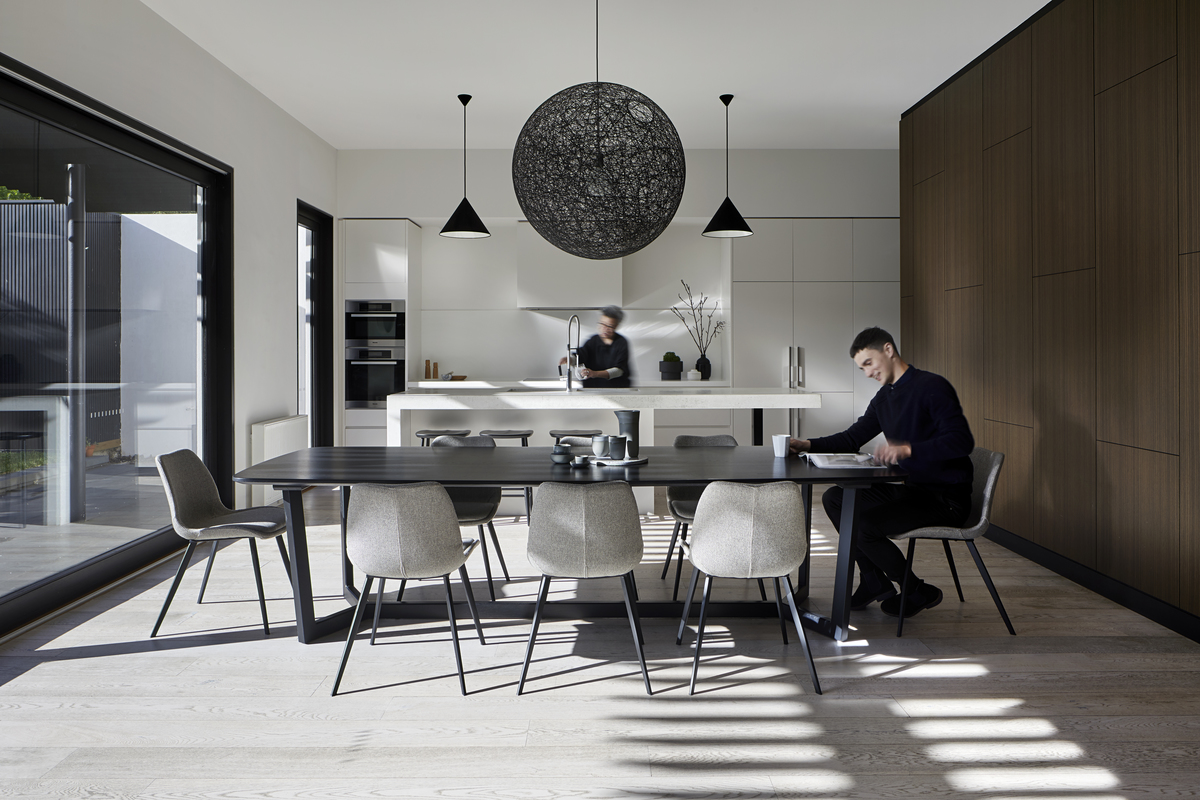 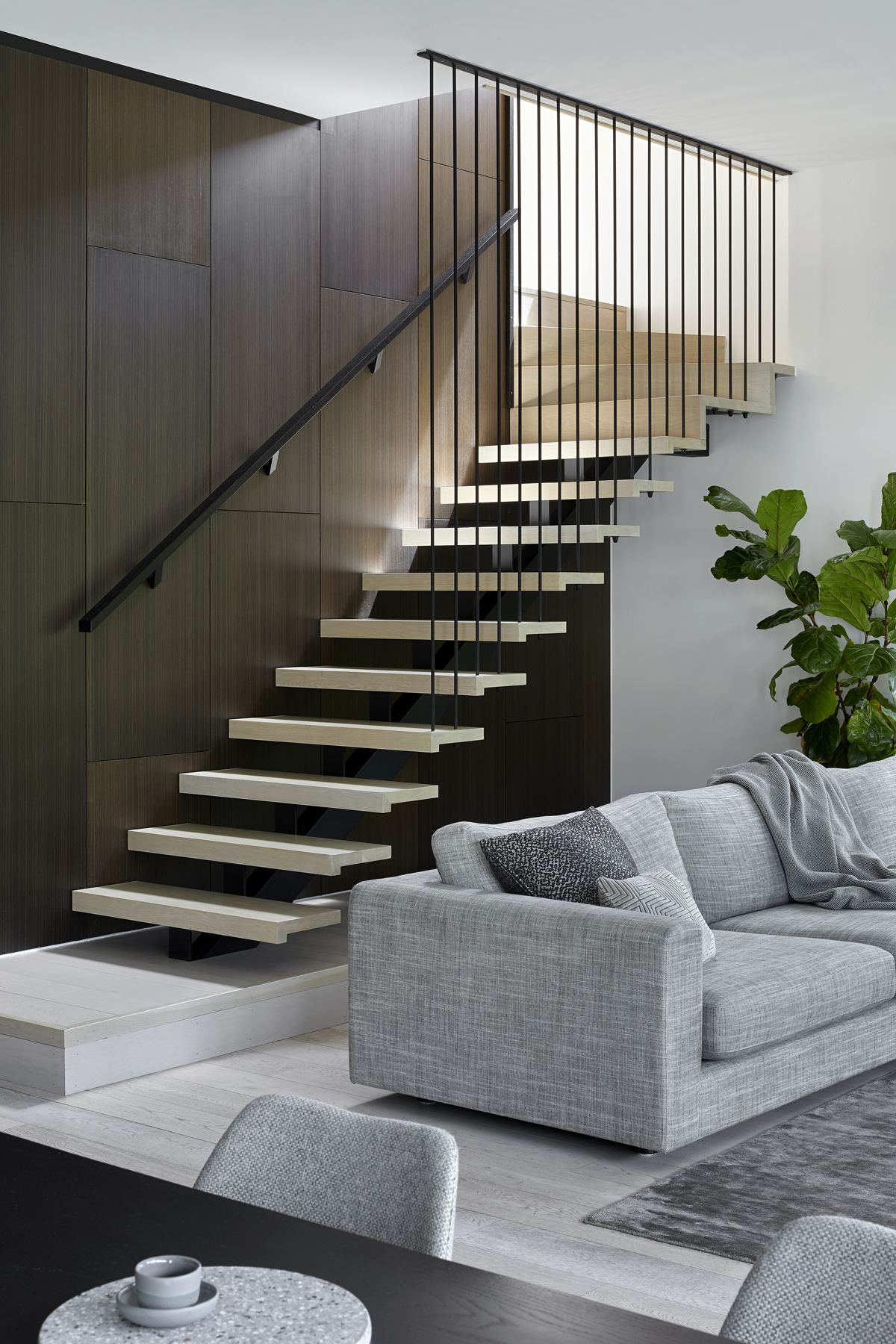 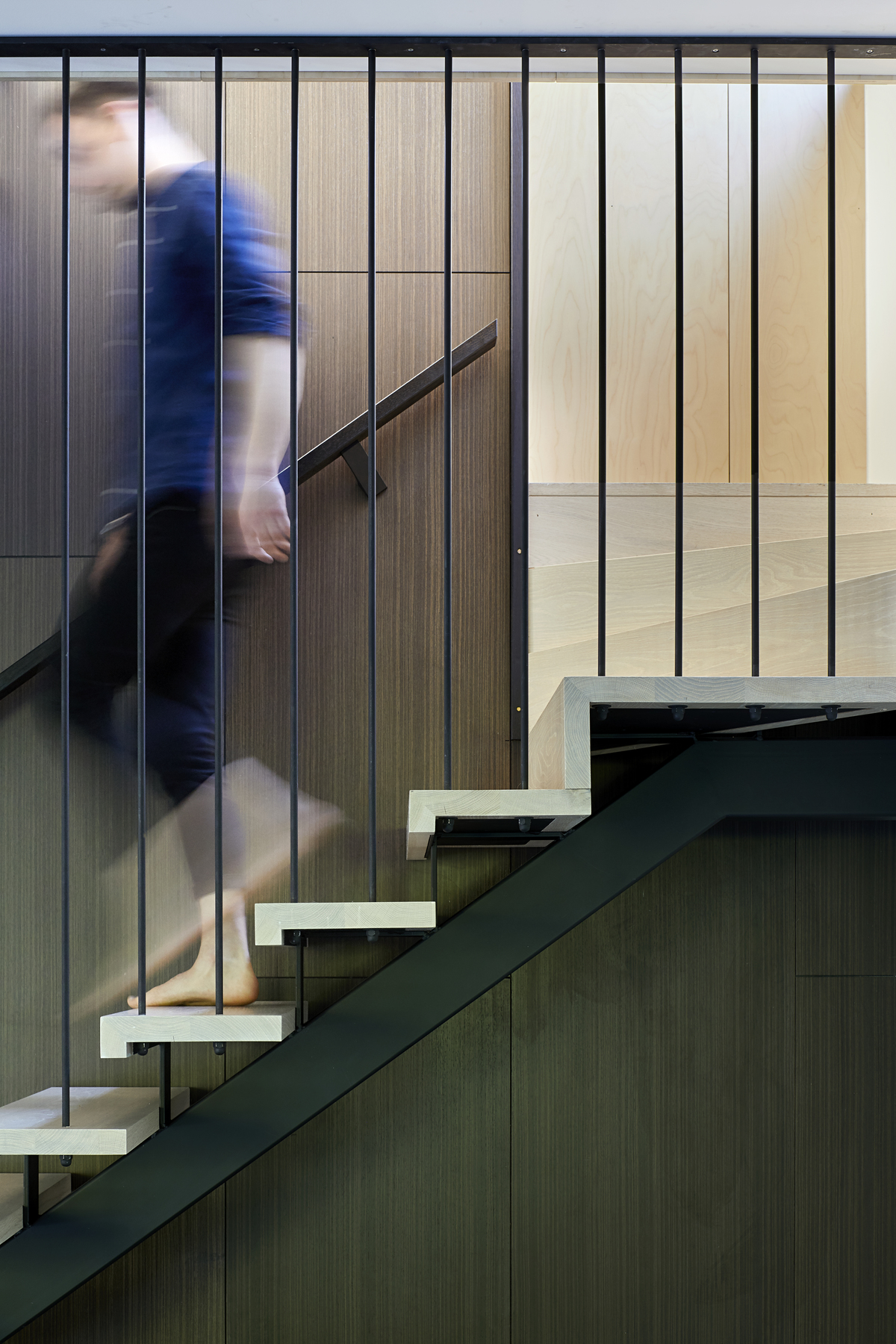 The second stage, second-storey addition was planned from the beginning, so the structural work and allowance for a new stair had already been incorporated. Initially, the second stage was planned as a kids' domain with bedrooms and a play area. But eight years later when the time came to build, the owners changed tack. With the kids now reaching their teen years, the parents realised they wanted a separate space to call their own, so the upstairs addition became a parent's retreat instead! 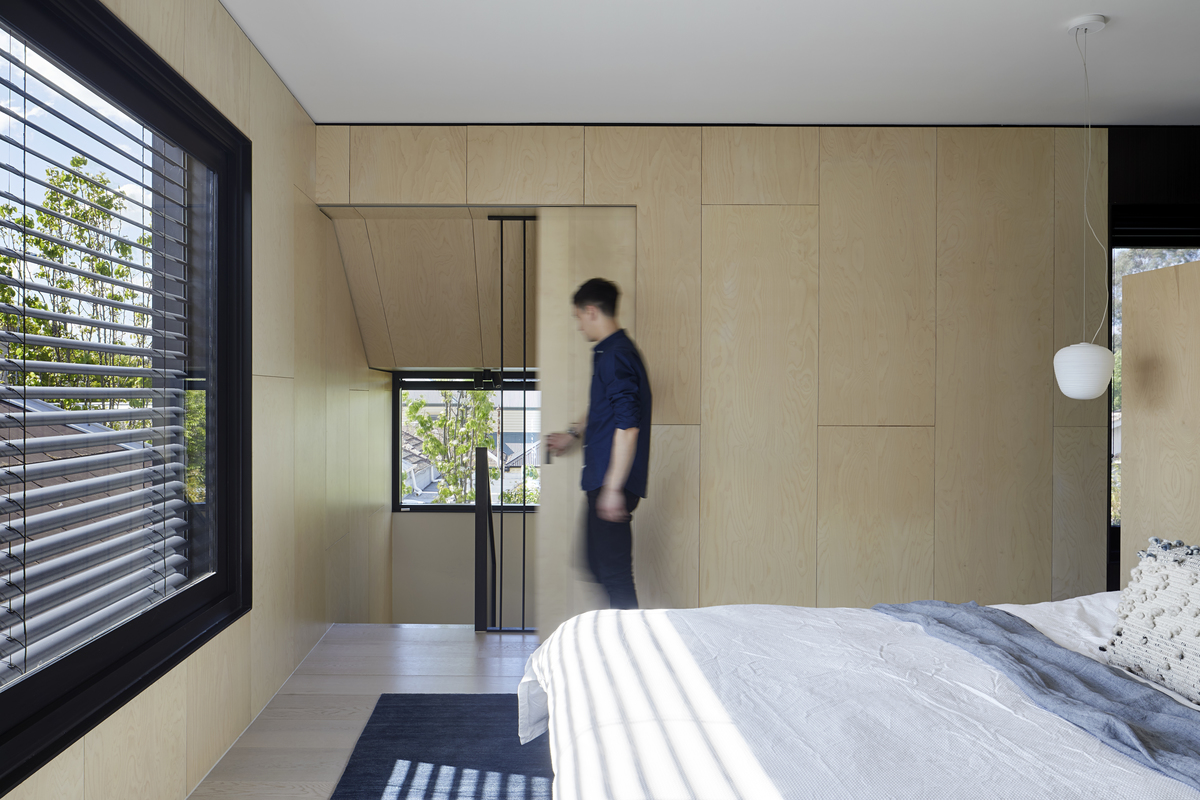 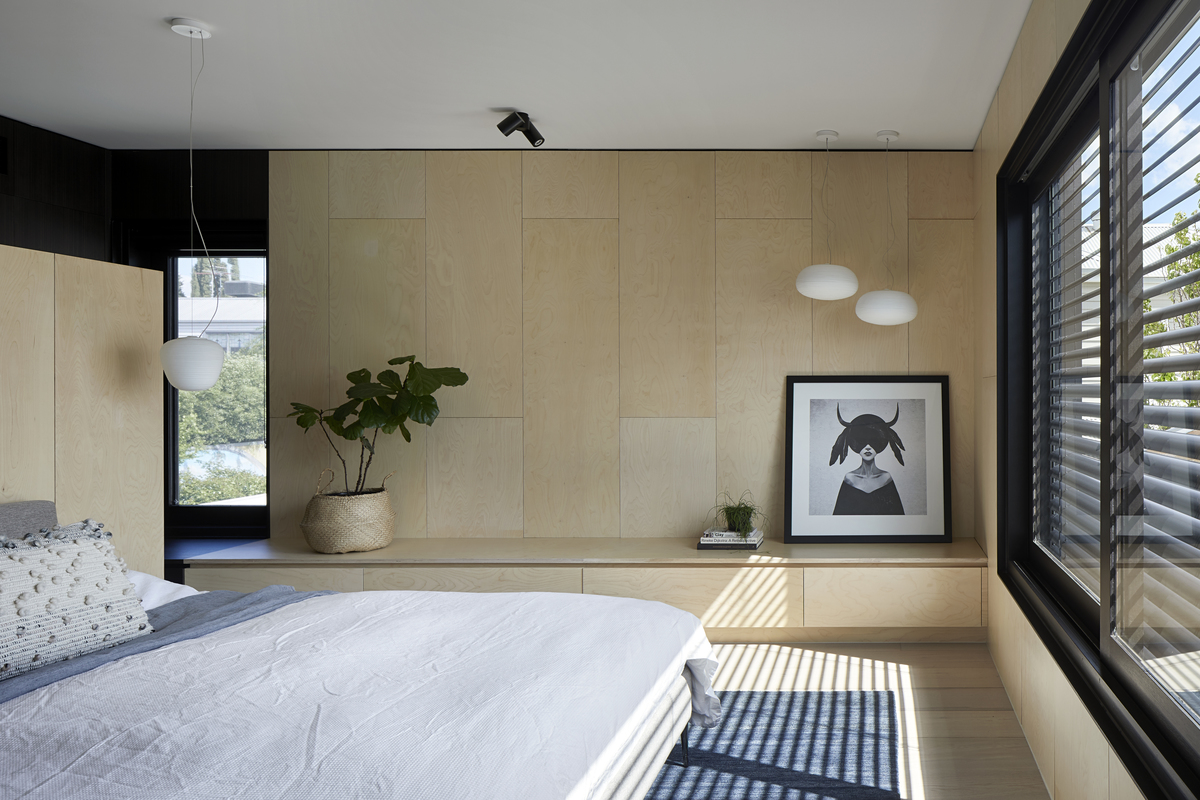 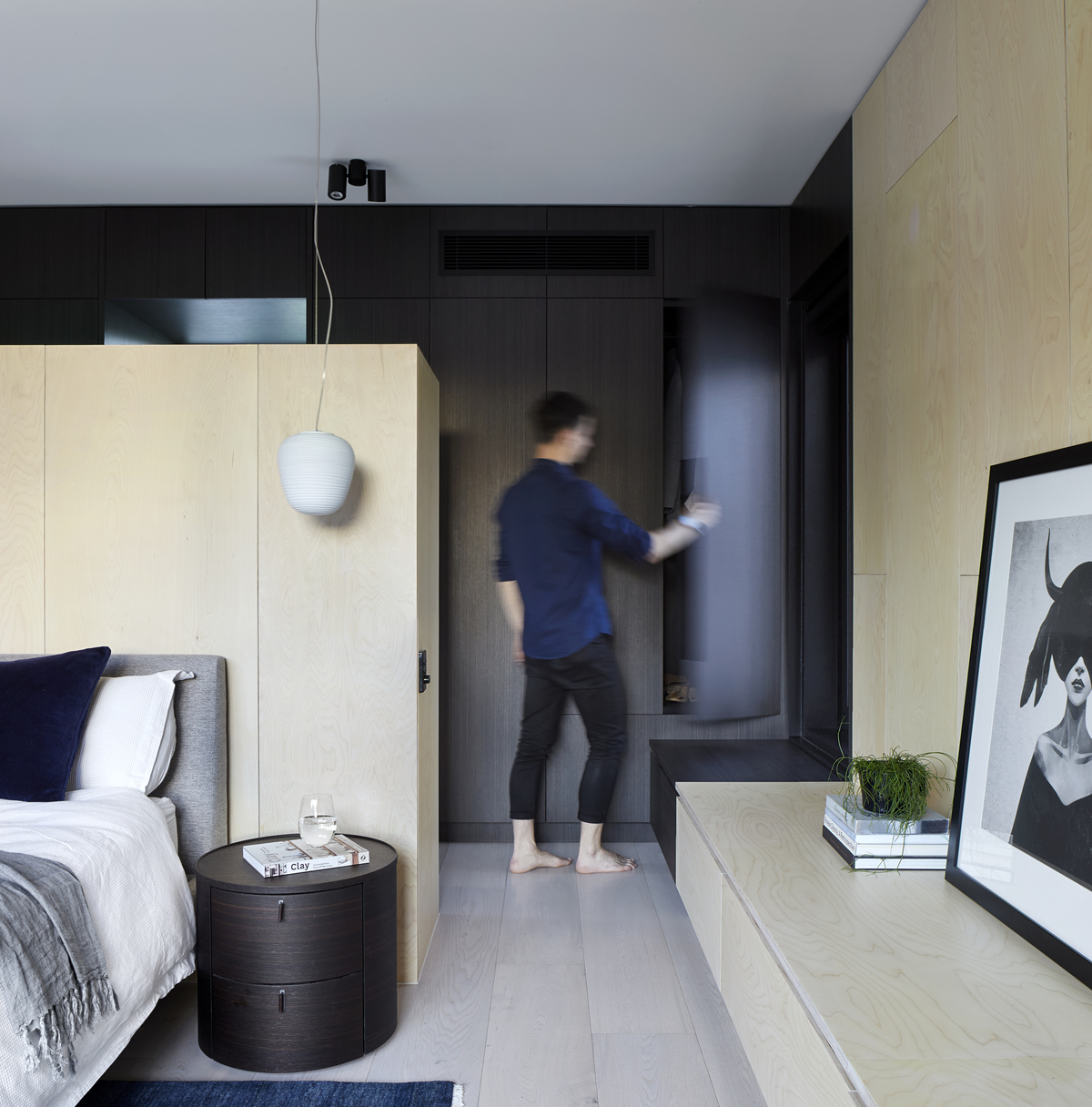 Perched on top of the living area, the new ply-clad box is a peaceful retreat from the hustle of family life downstairs. The bedroom faces east for soft morning light, views over slate roofs and glimpses of the city skyline. 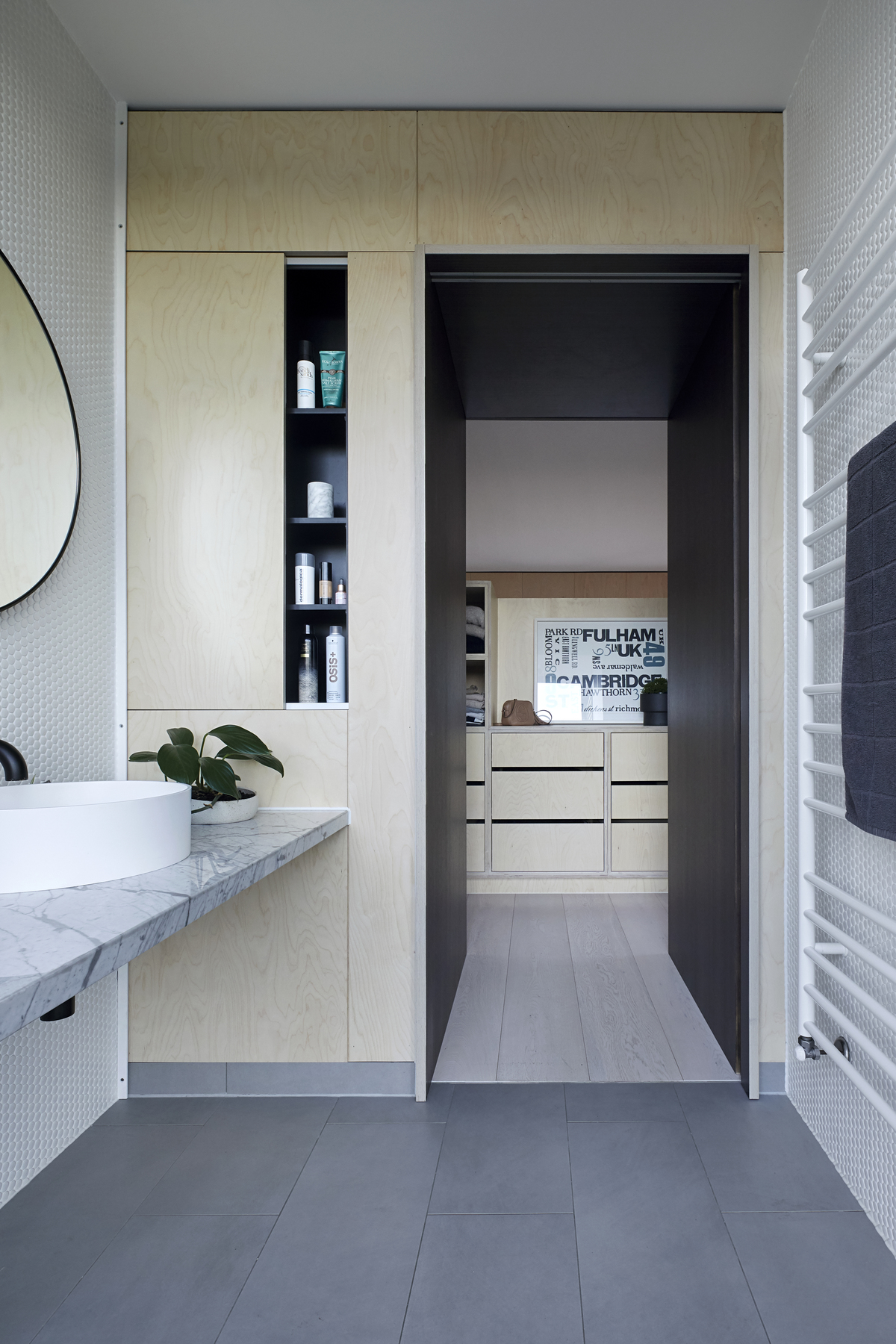 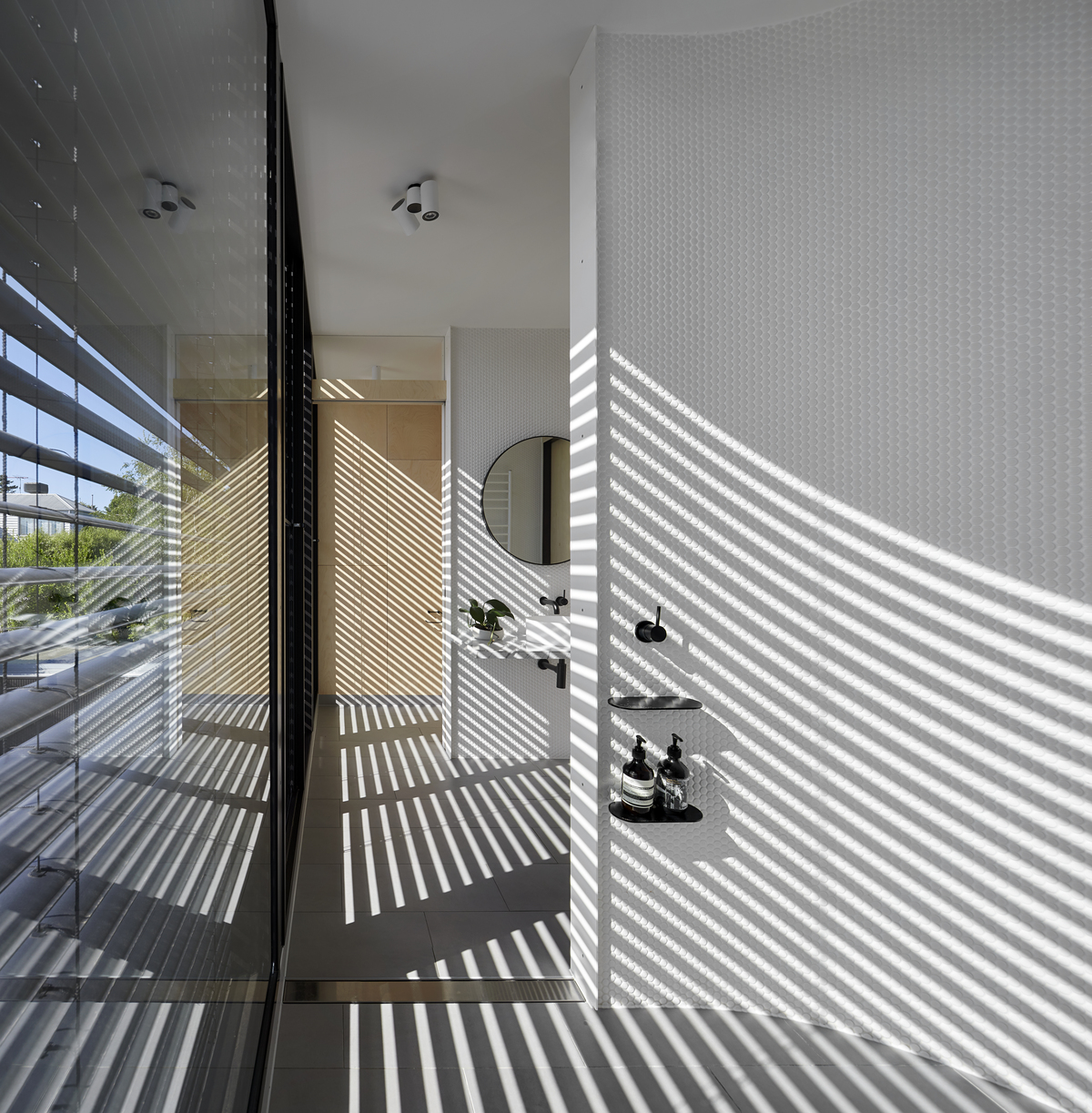 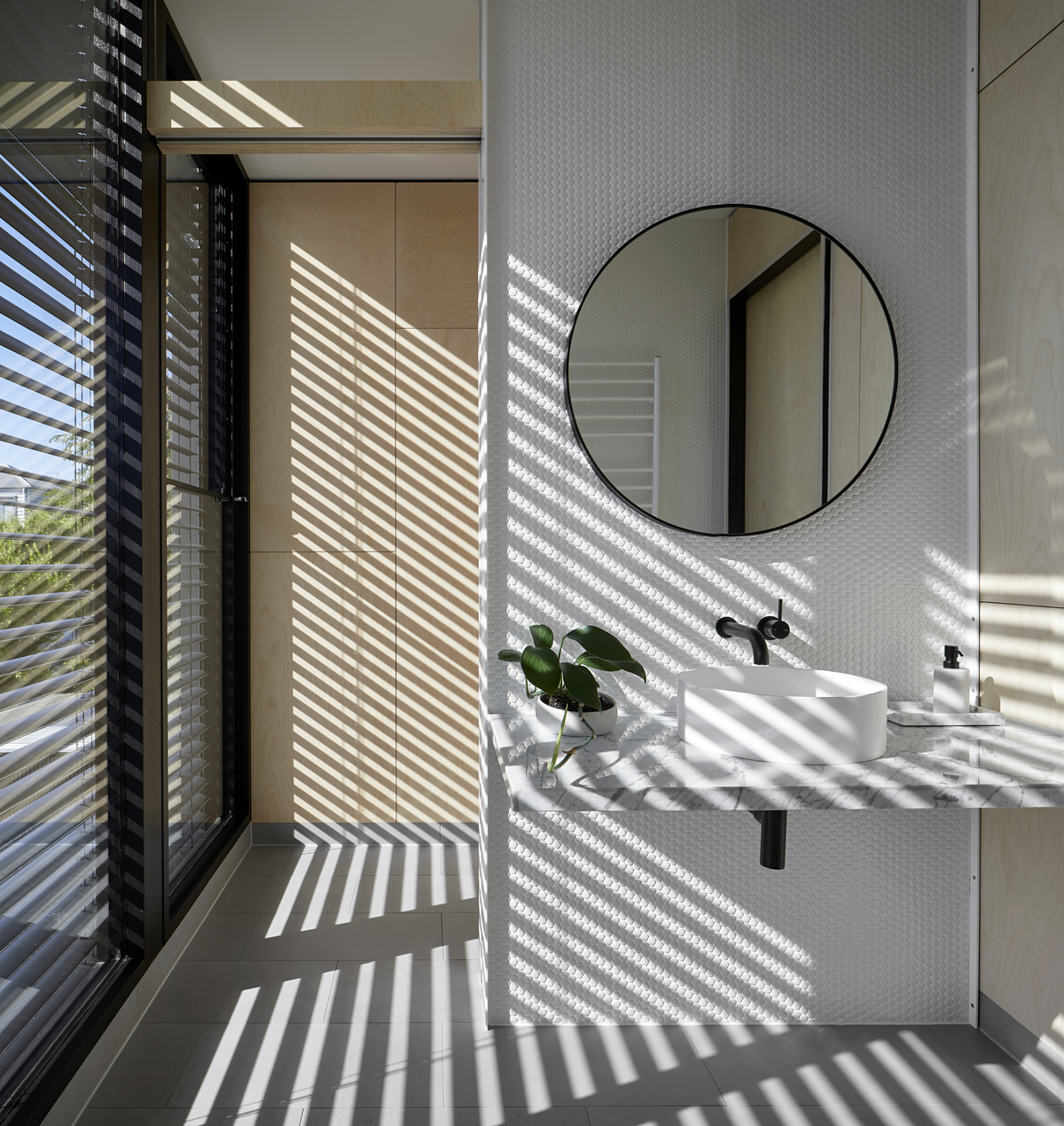 Behind the bed, a walk-in robe leads through to the bathroom which overlooks the backyard. External remote-controlled louvres protect the bathroom's privacy and block the heat of the afternoon sun, while still allowing to opportunity for light-filled showers in the circular shower. Penny round tiles, circular mirror and basin continue the theme of playful circles to create a beautiful and relaxing space. 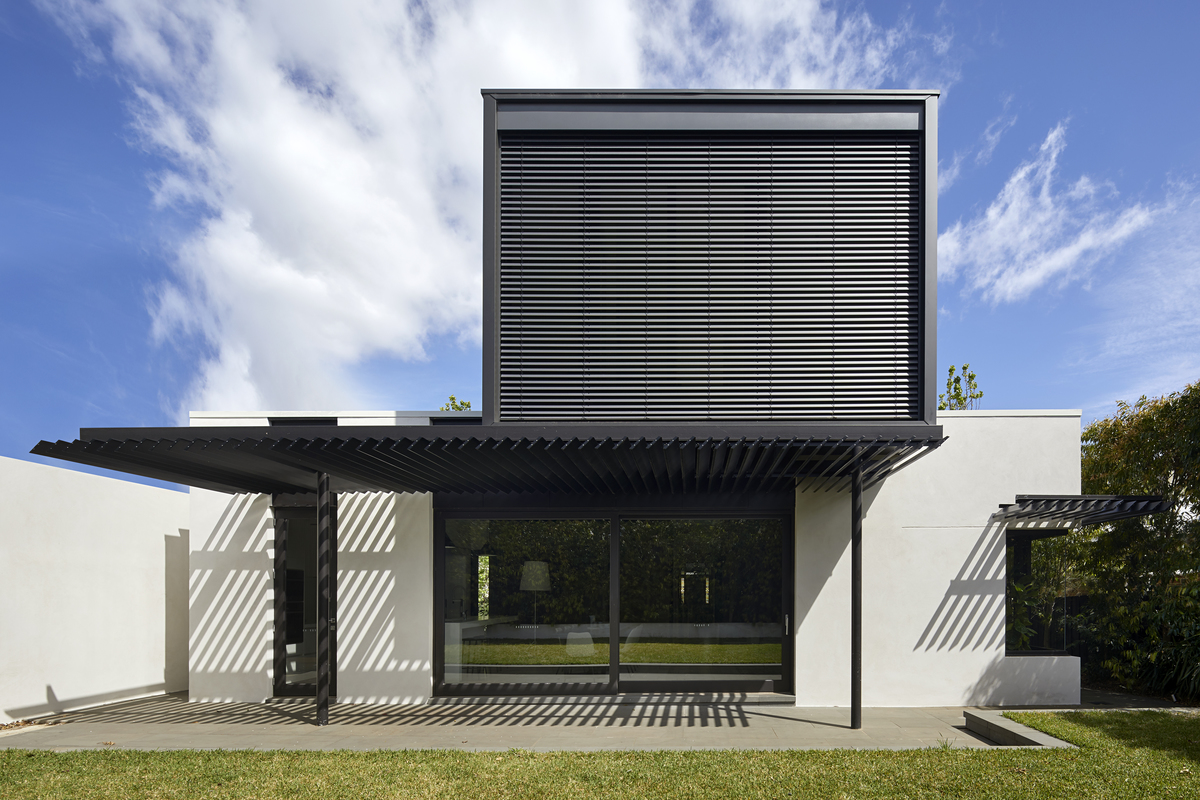 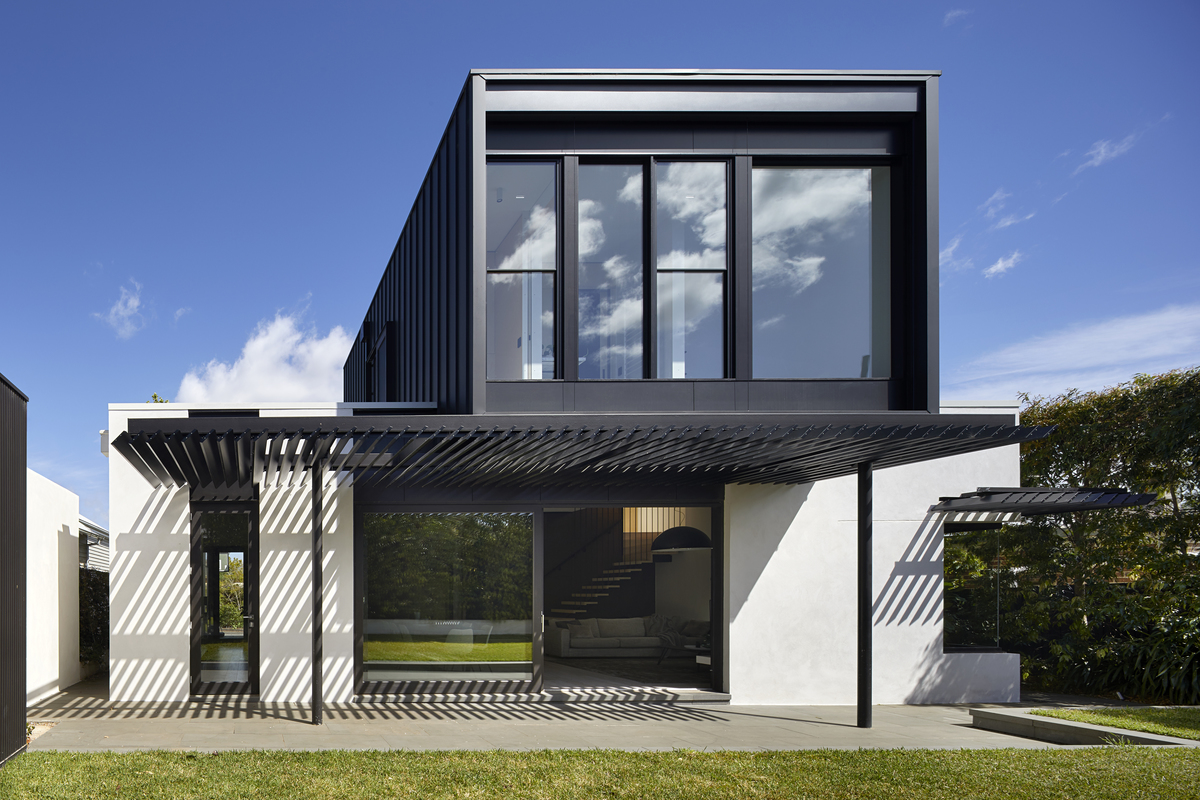 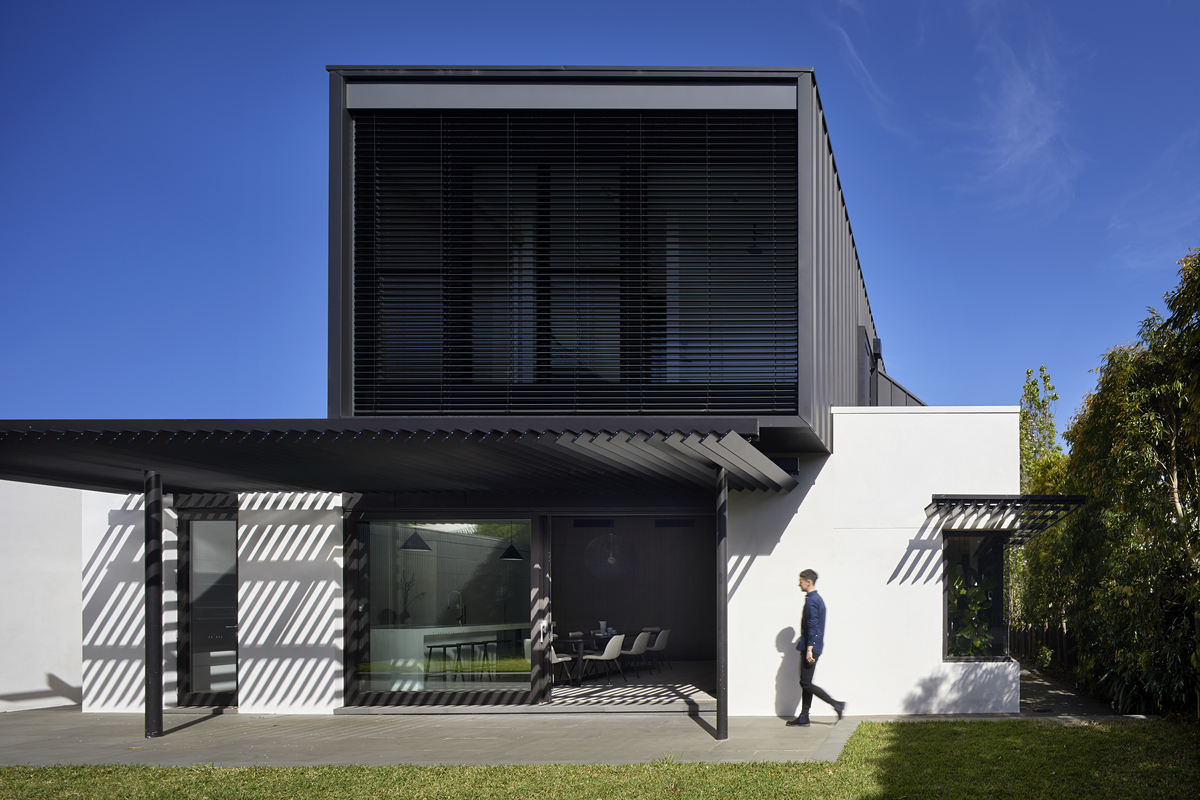 Back Box House is a great example of how a heritage home can be adapted and altered to suit the needs of a modern family. While planning for the future and staging their renovation meant they were able to save a bit more money, it also gave them the option to adjust their plan as they learnt what they needed from their home as their family grew. 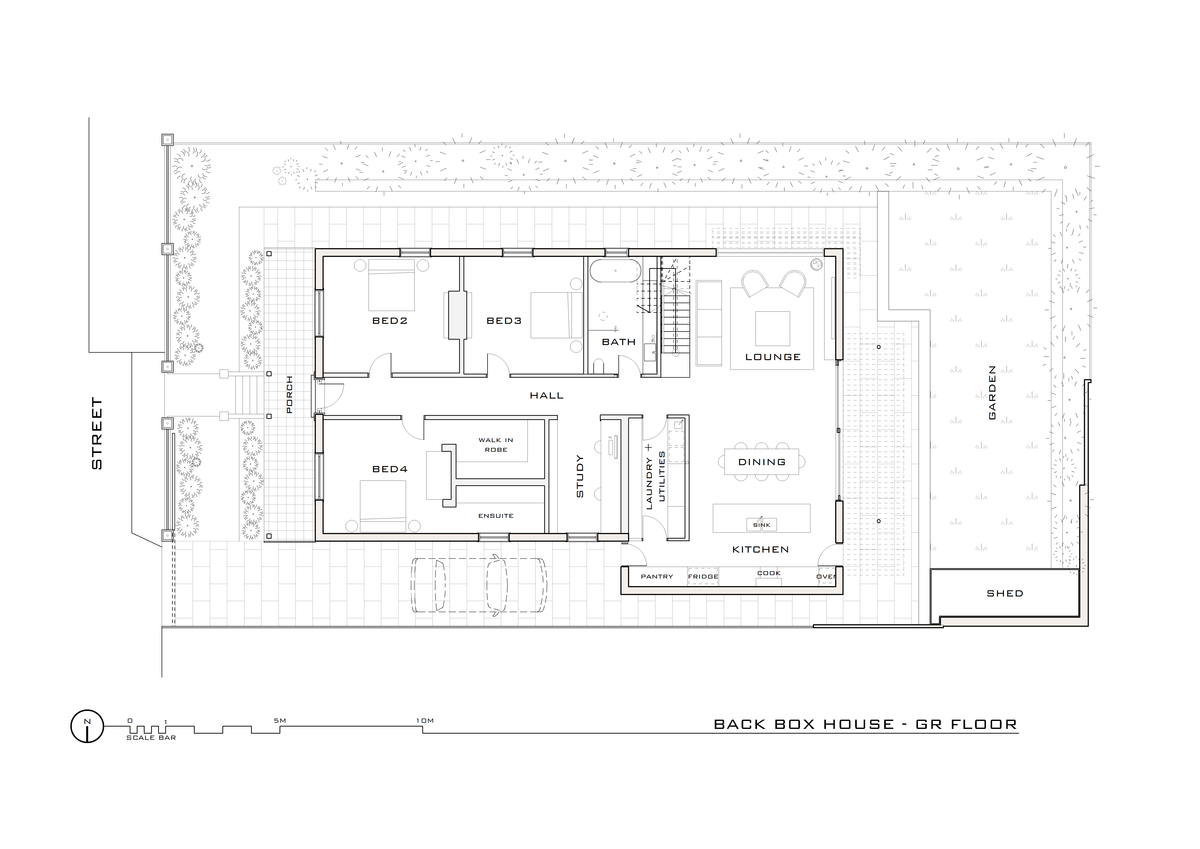 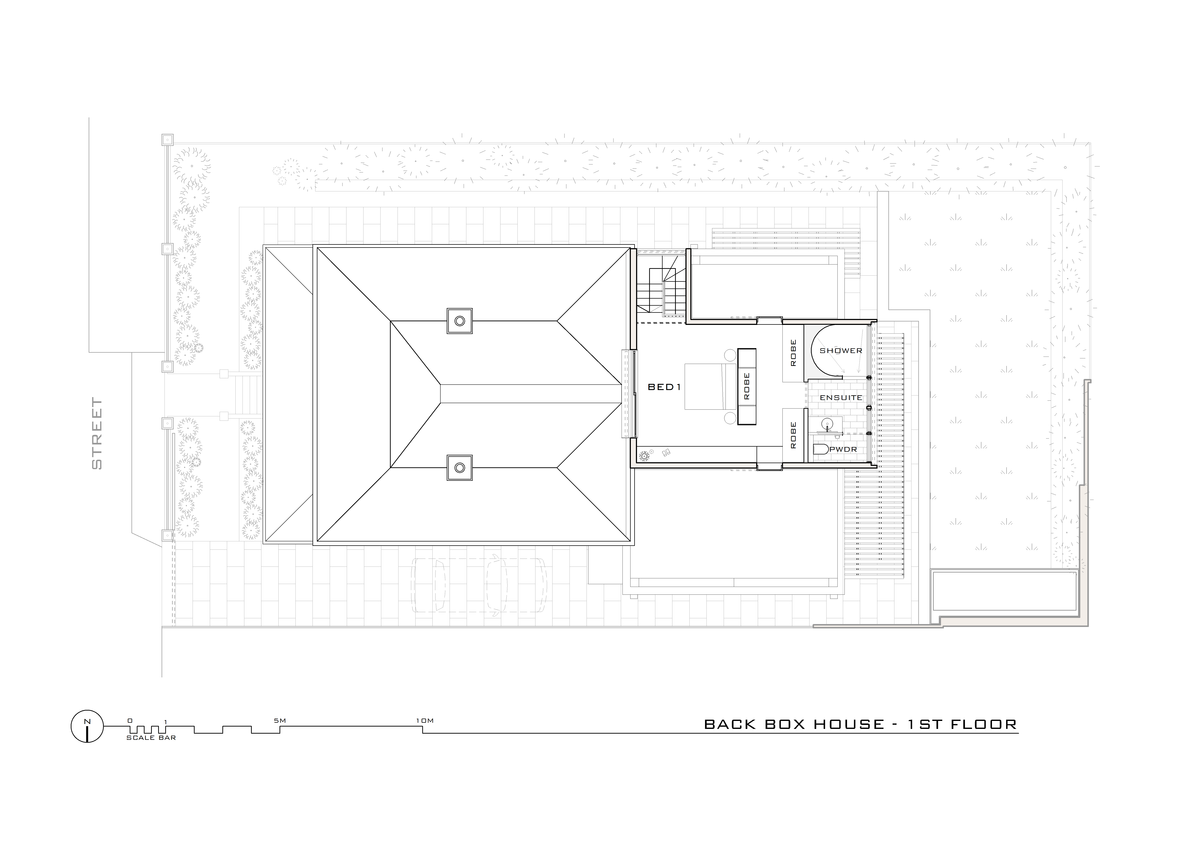 Tell us what you love about Back Box House...