This Classic Fibro Beach Shack is Updated for a Young Family

A classic fibro beach shack holds a special place in the hearts of many Australians. Long summers spent surfing, sausages in bread, relaxing and spending time with friends and family. It's about getting back to basics and really unwinding. This renovation in Burrill Lake just south of Ulladulla retains the simplicity and laid-back ethos of the original beach shack, in part because architect Pat Jost of Jost Architects had such fond memories of annual surfing and fishing trips at the shack with the owner, an old friend. 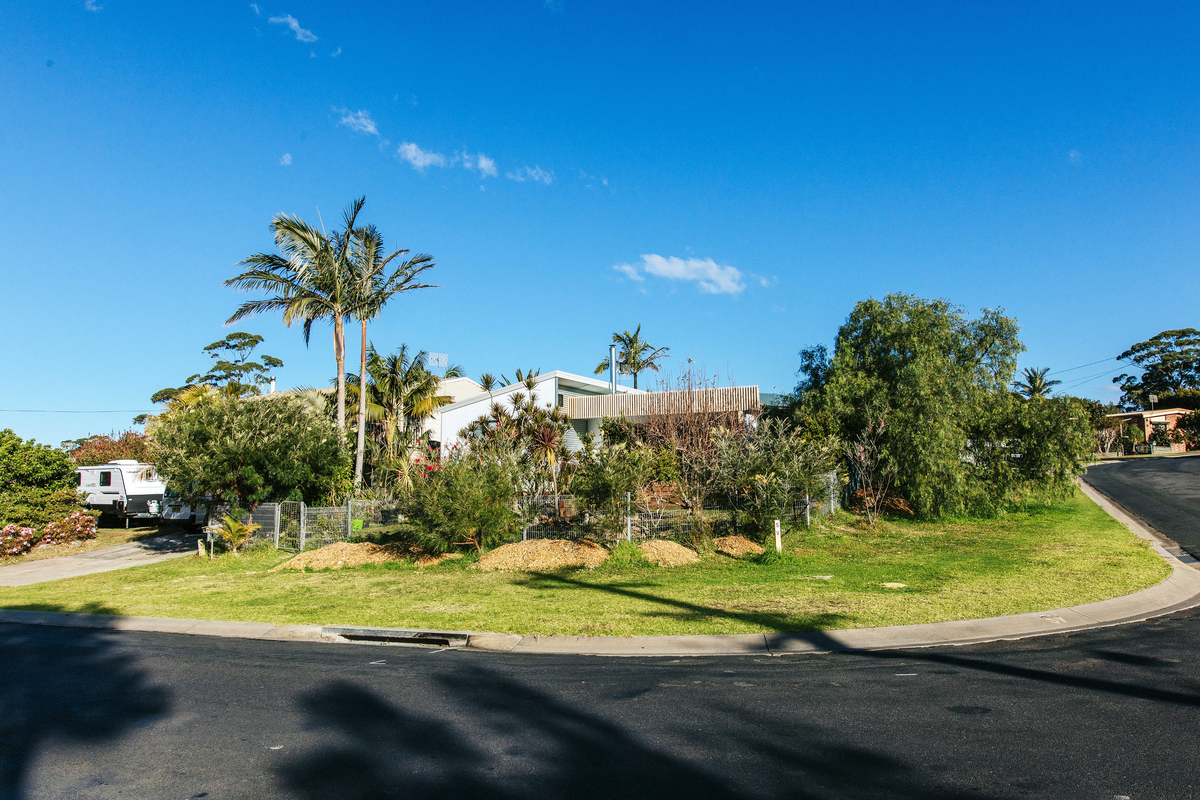 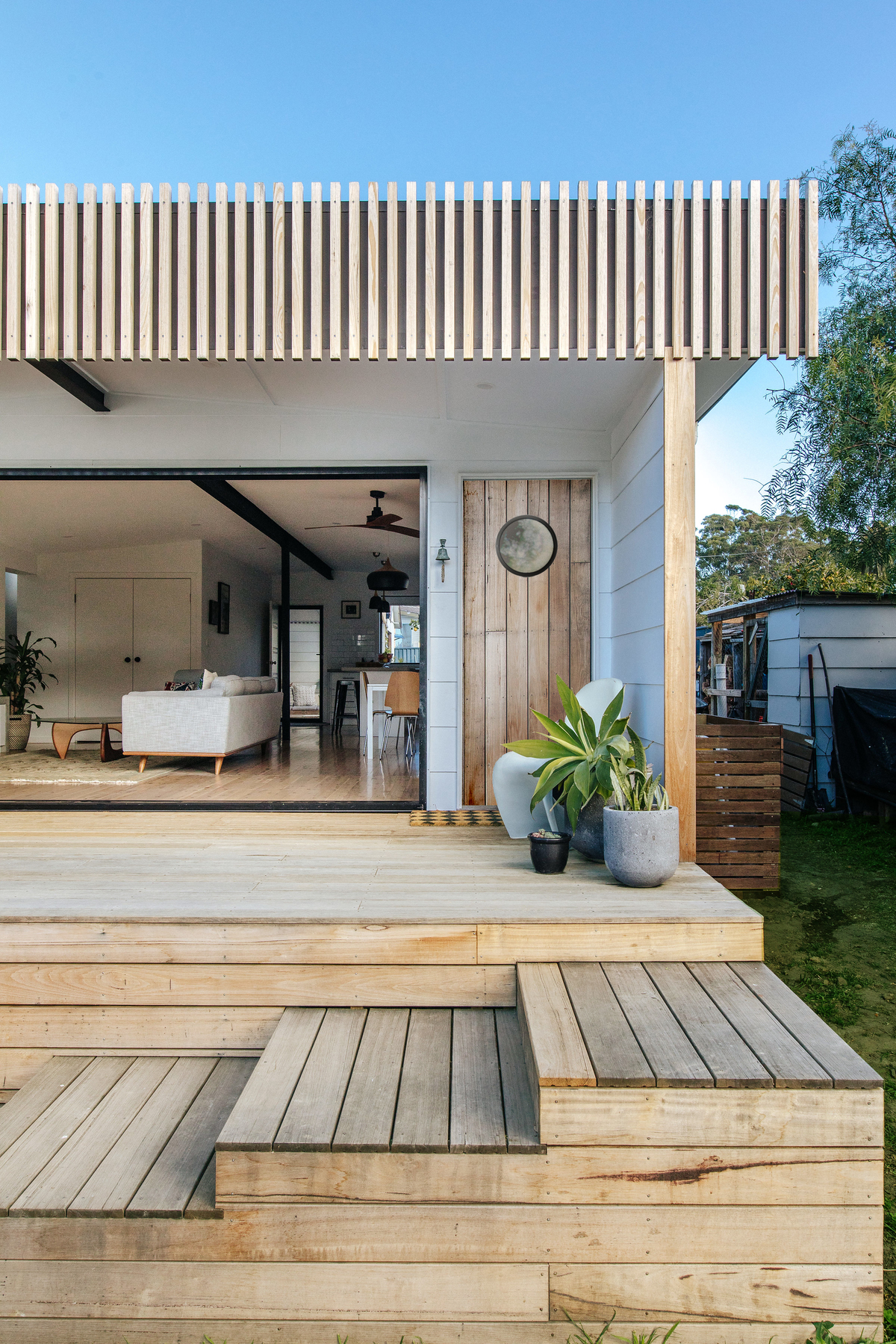 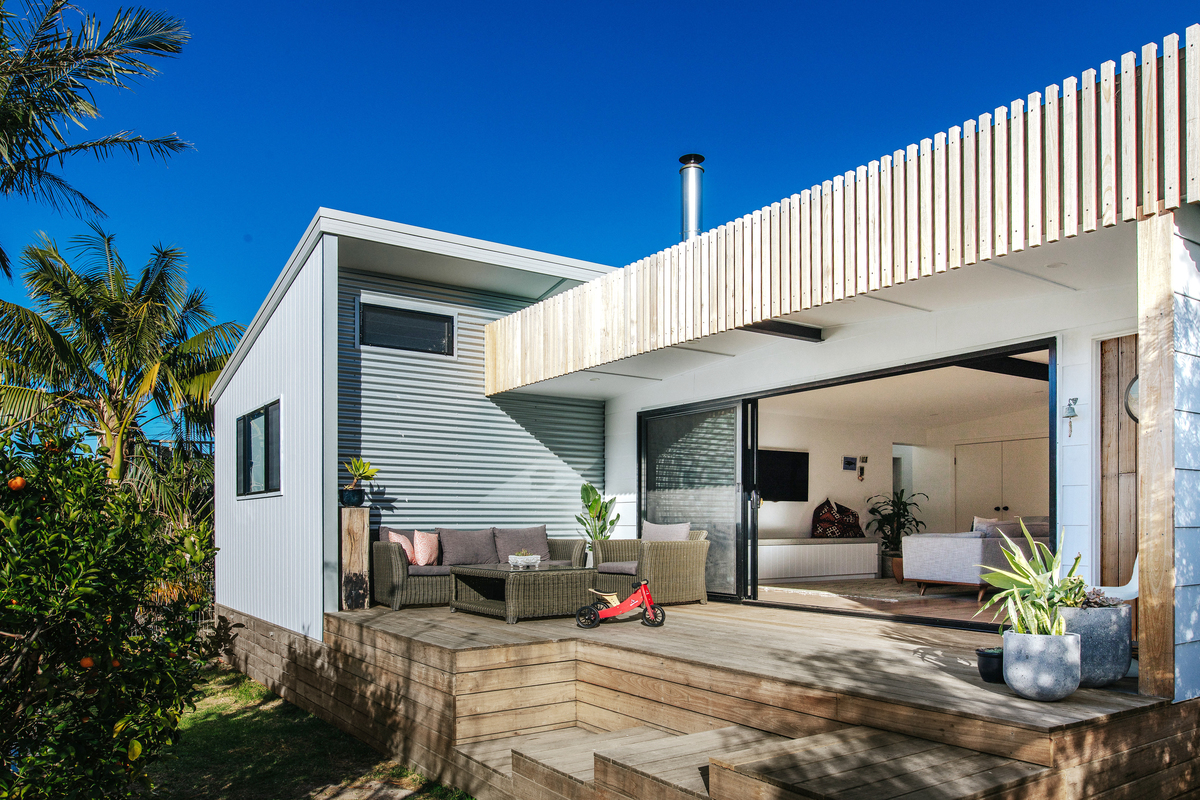 "It's located in a beautiful Australian coastal bush setting with Eucalypt growing right to the edge of the lake at the end of the street. Also a short distance from Dolphin Point and the expanse of the Tasman Sea", explains Pat. 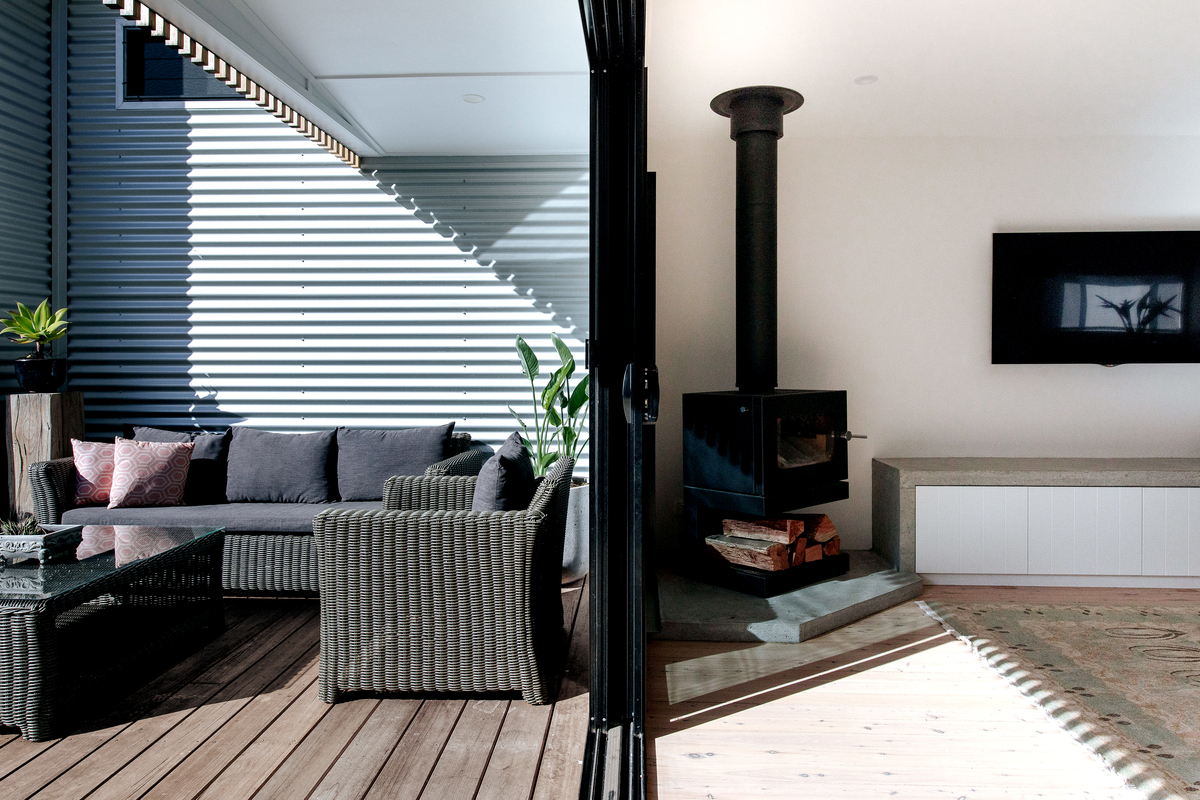 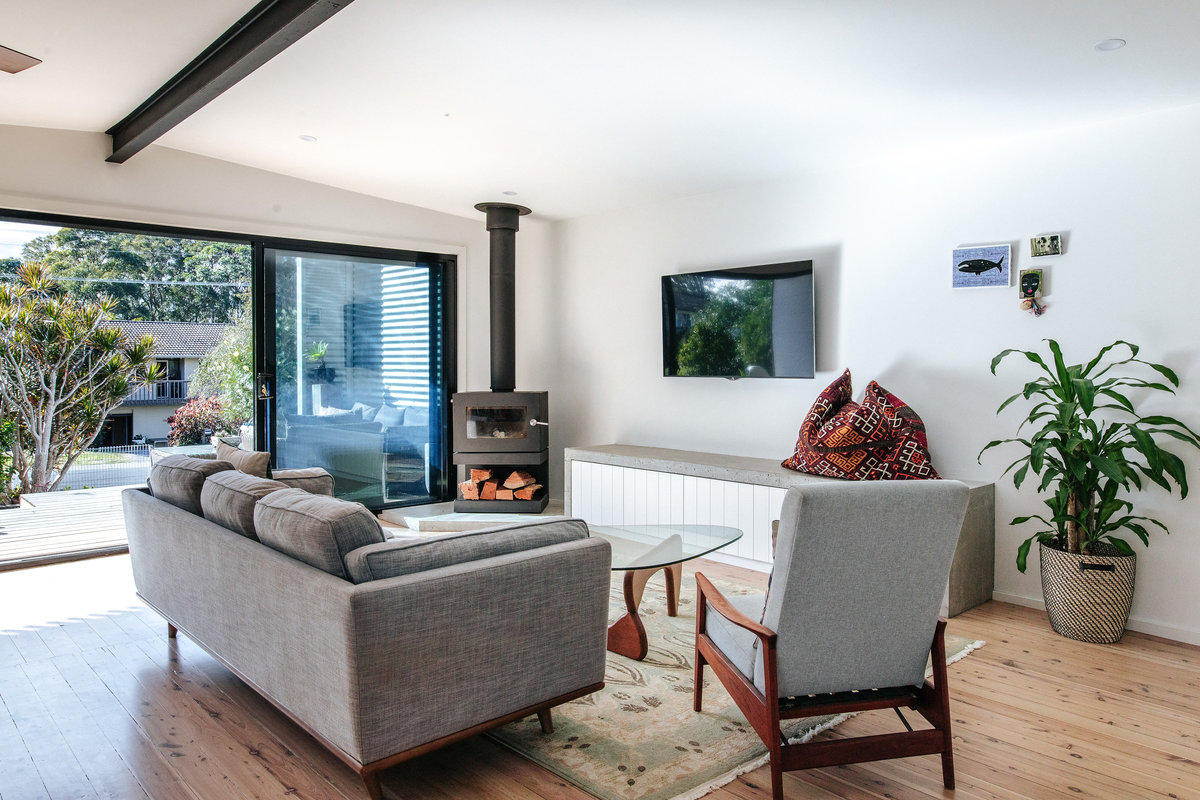 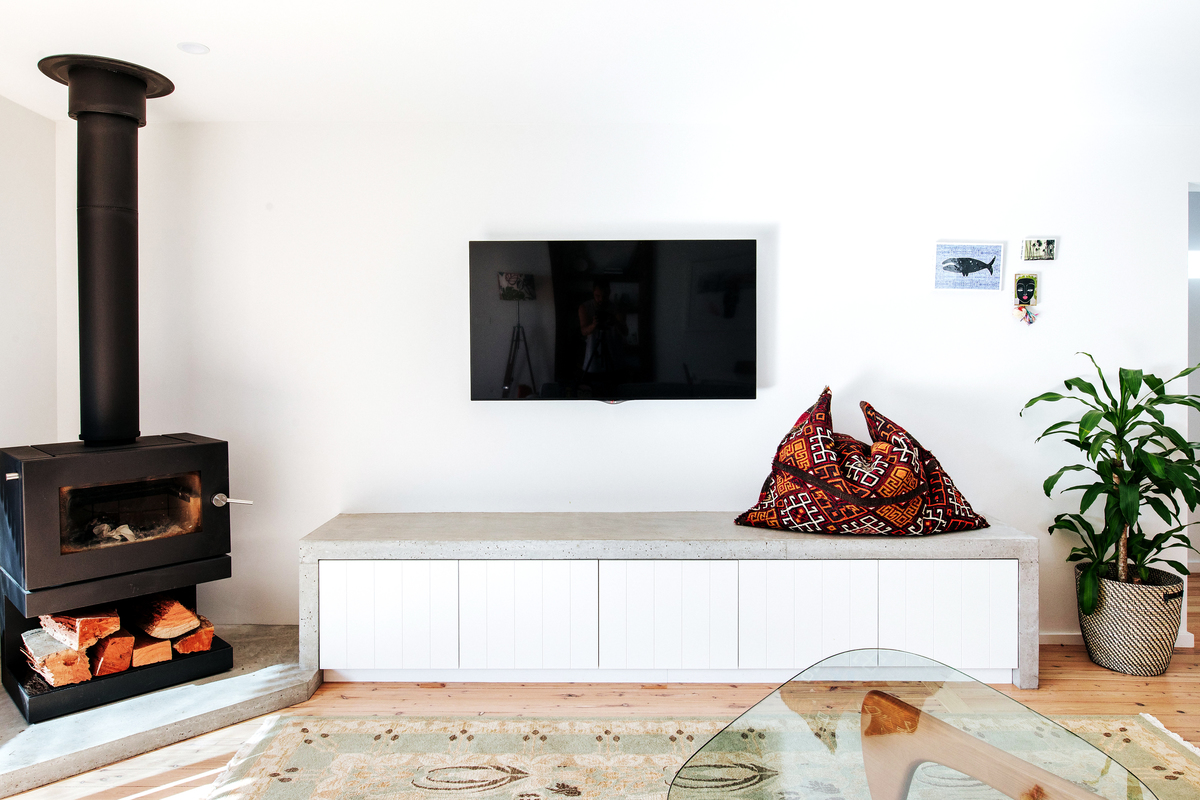 The original shack was purchased in 2007, but after getting married and having two boys, the family started to find the simple fibro shack a bit too tight for comfort. It was renovated by the owner over an 18-month period while he slept in a tent in the garage for slightly longer than he'd hoped! 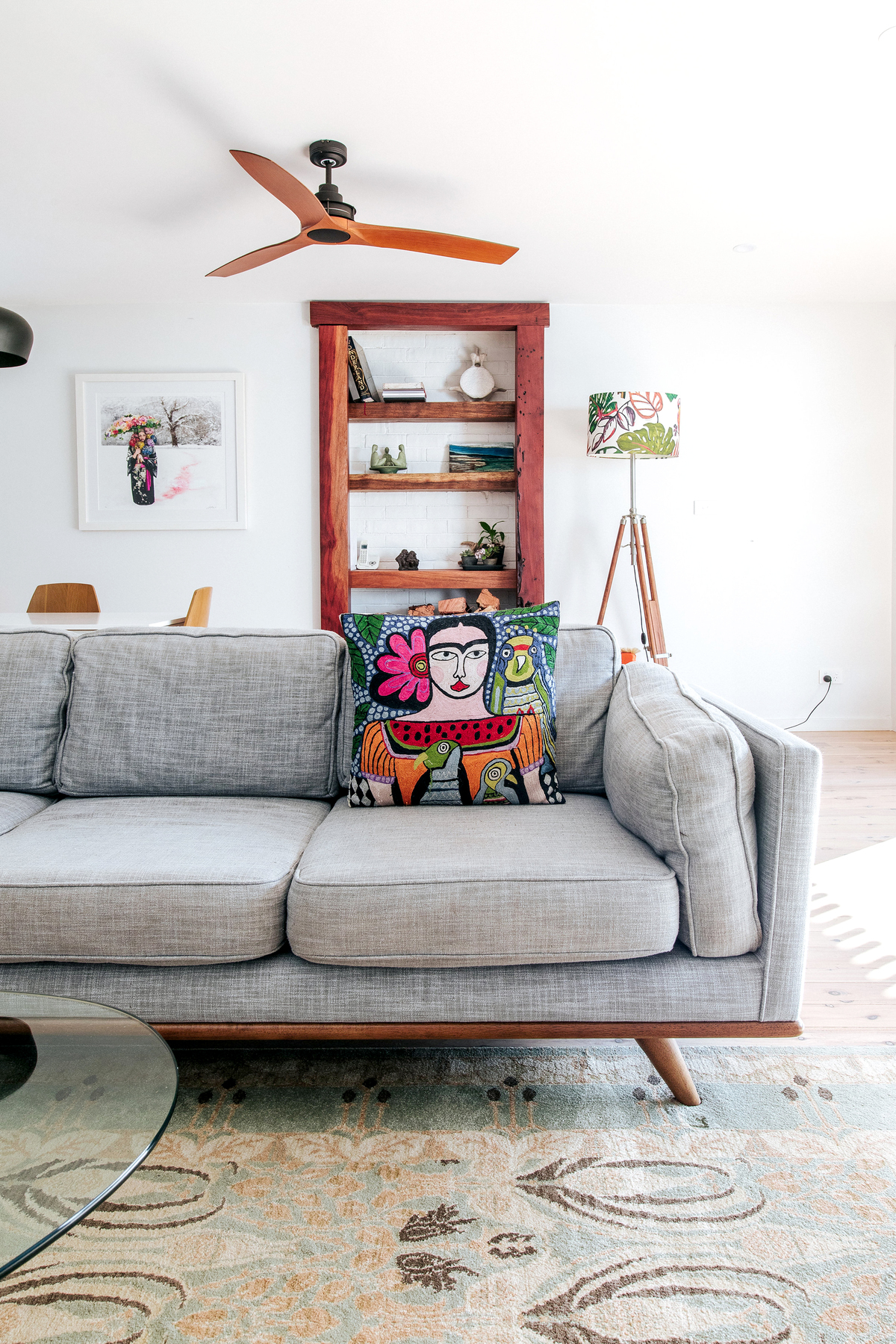 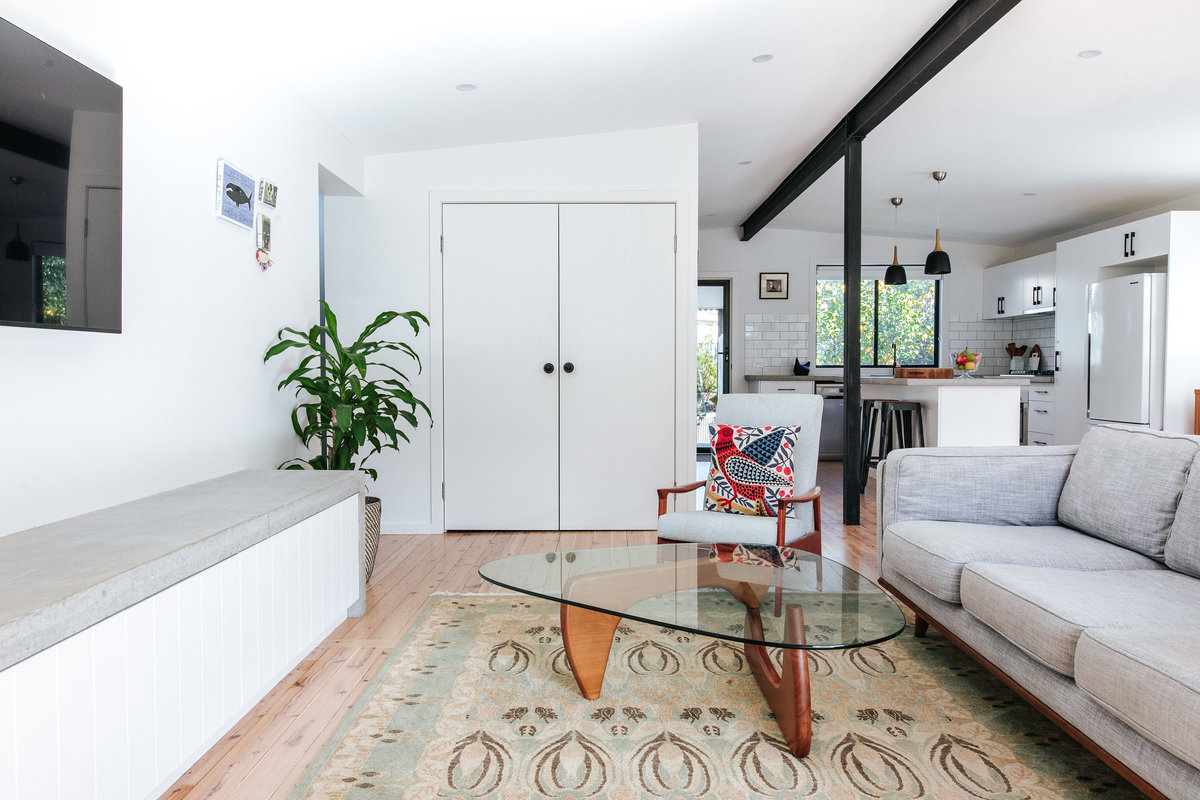 Initially, the family had planned to 'go up', building a second storey addition to the home. Pat encouraged them to utilise the area next to the existing house to keep things simpler and more cost-effective by building on the ground. 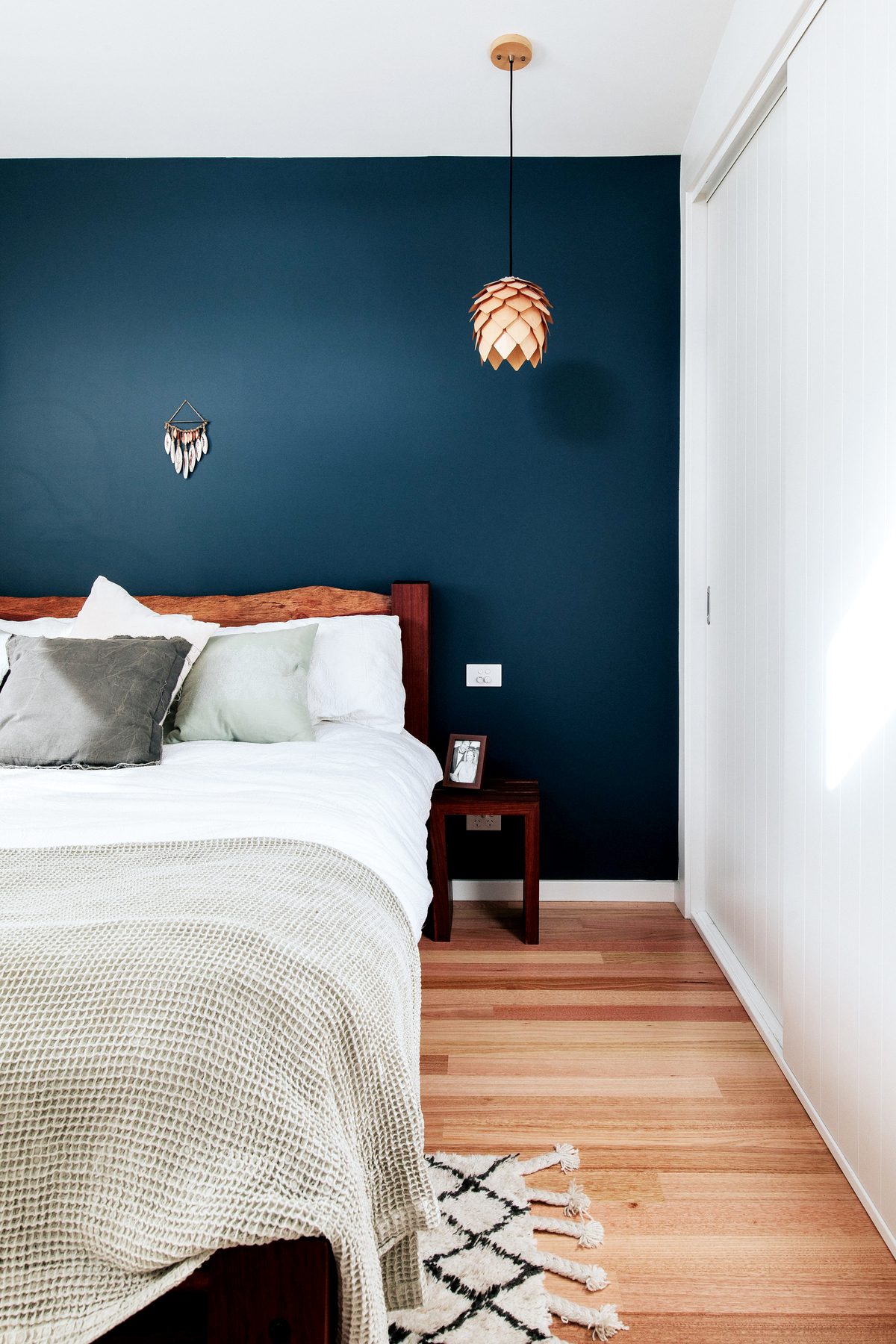 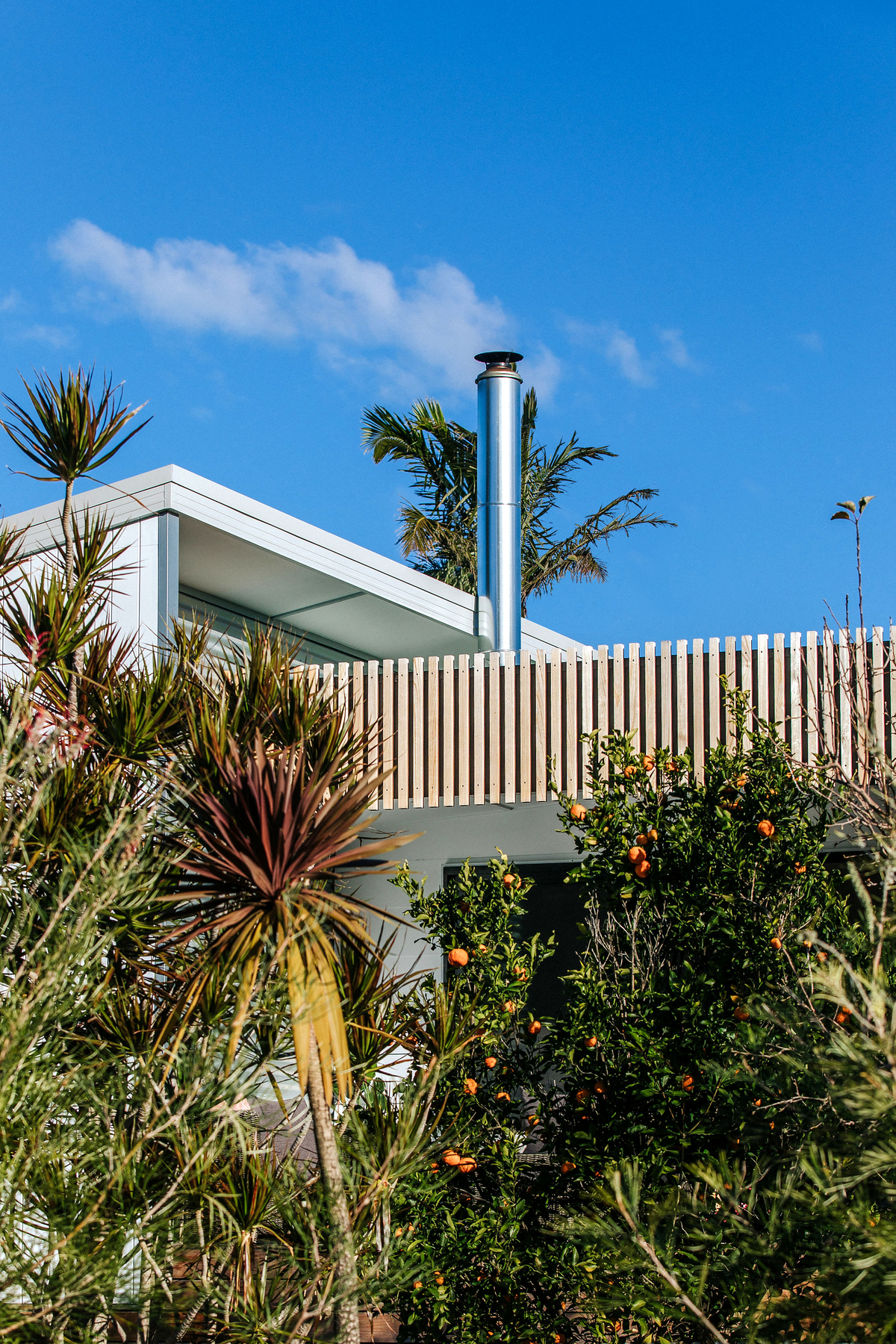 Despite doubling in size and updating the interior and exterior, the home retains touches of its original beach shack aesthetic with corrugated zincalume cladding, timber battens and vertical painted boards, reflecting the humble materials common to the area. "The design embodies the feel of the classic fibro beach shacks commonly found in the area, simple but a bit abstract utilising familiar materials", says Pat. 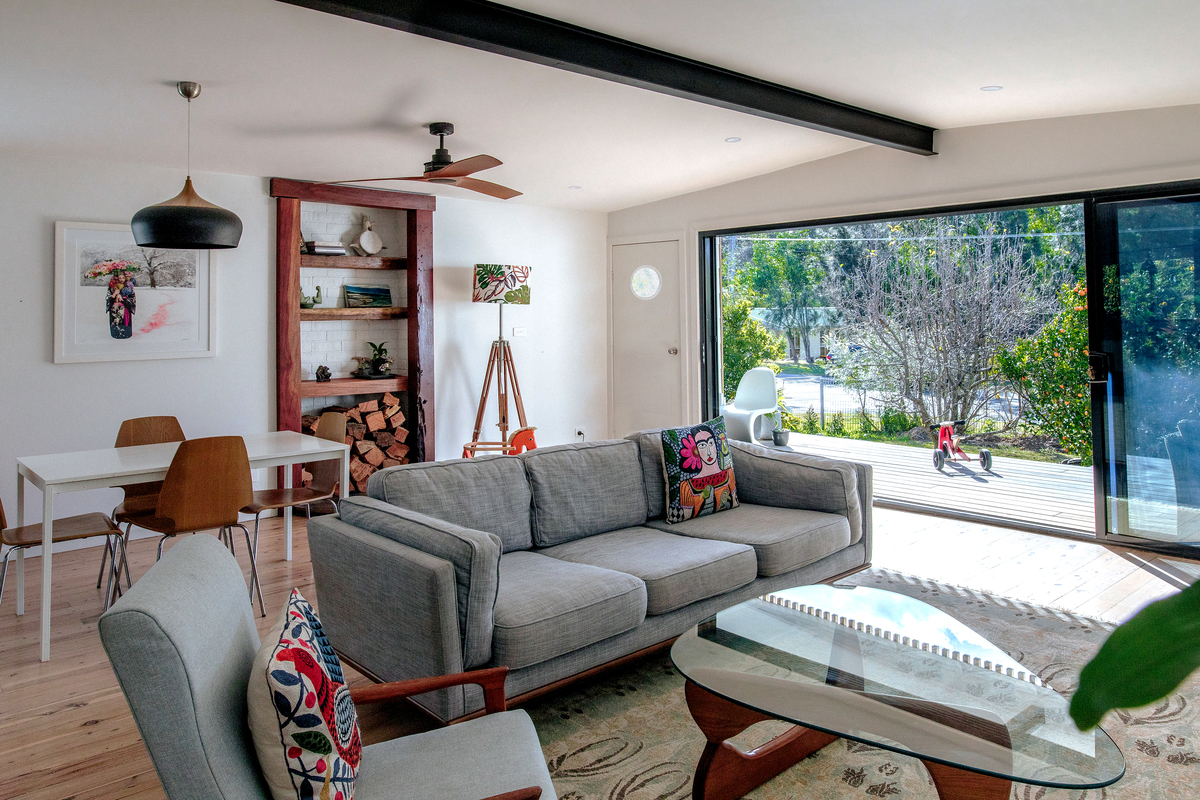 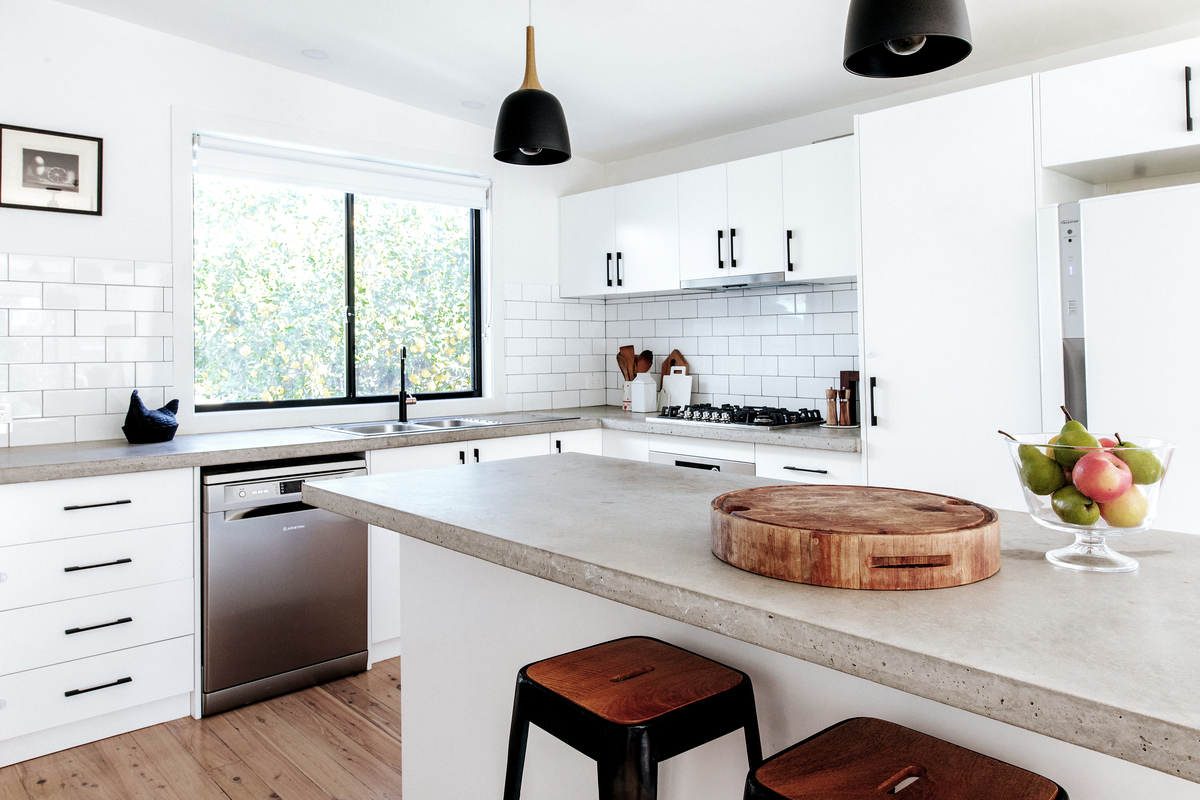 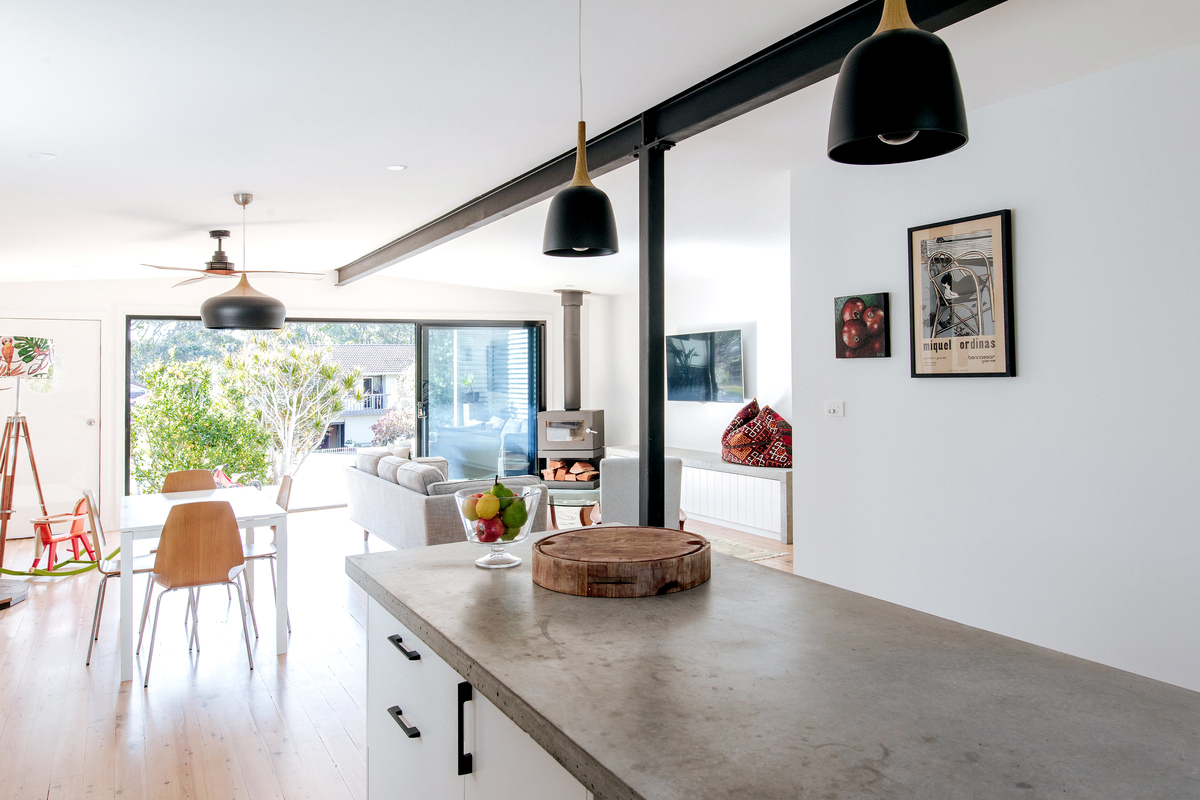 Inside materials and finishes were selected to suit the coastal setting and allow for a laid-back lifestyle. 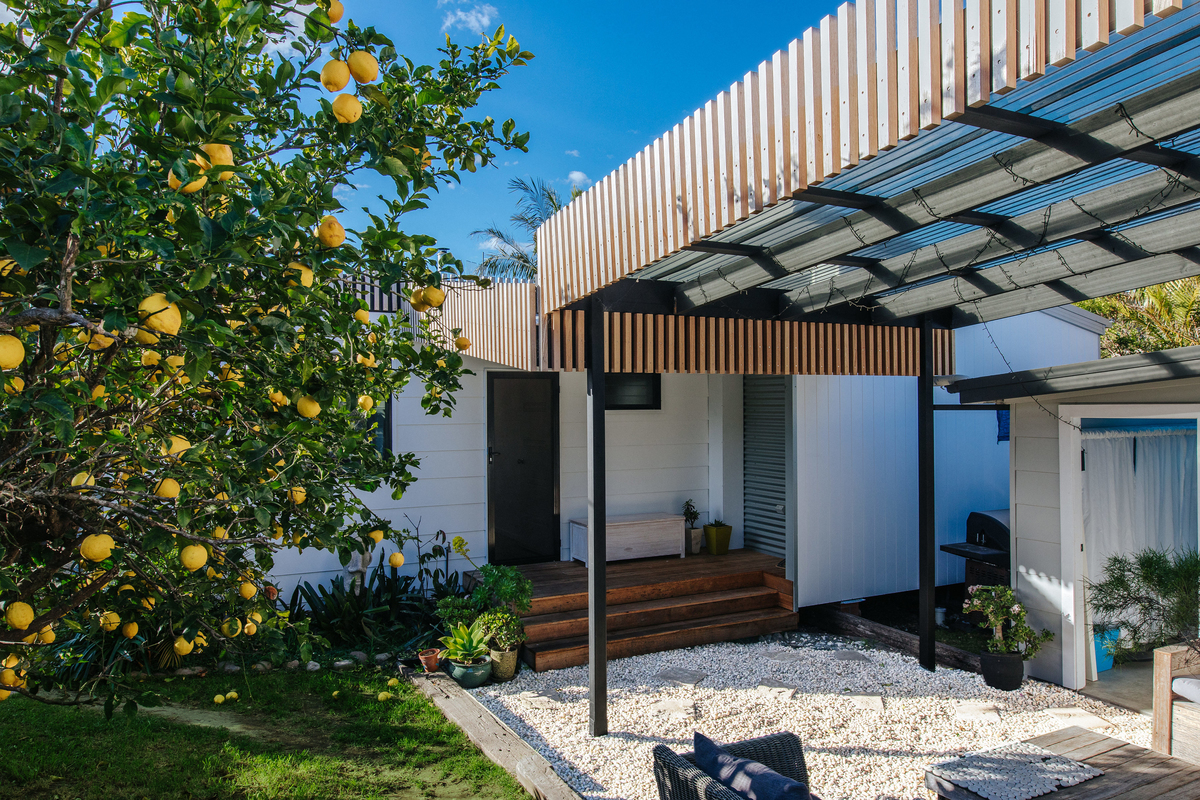 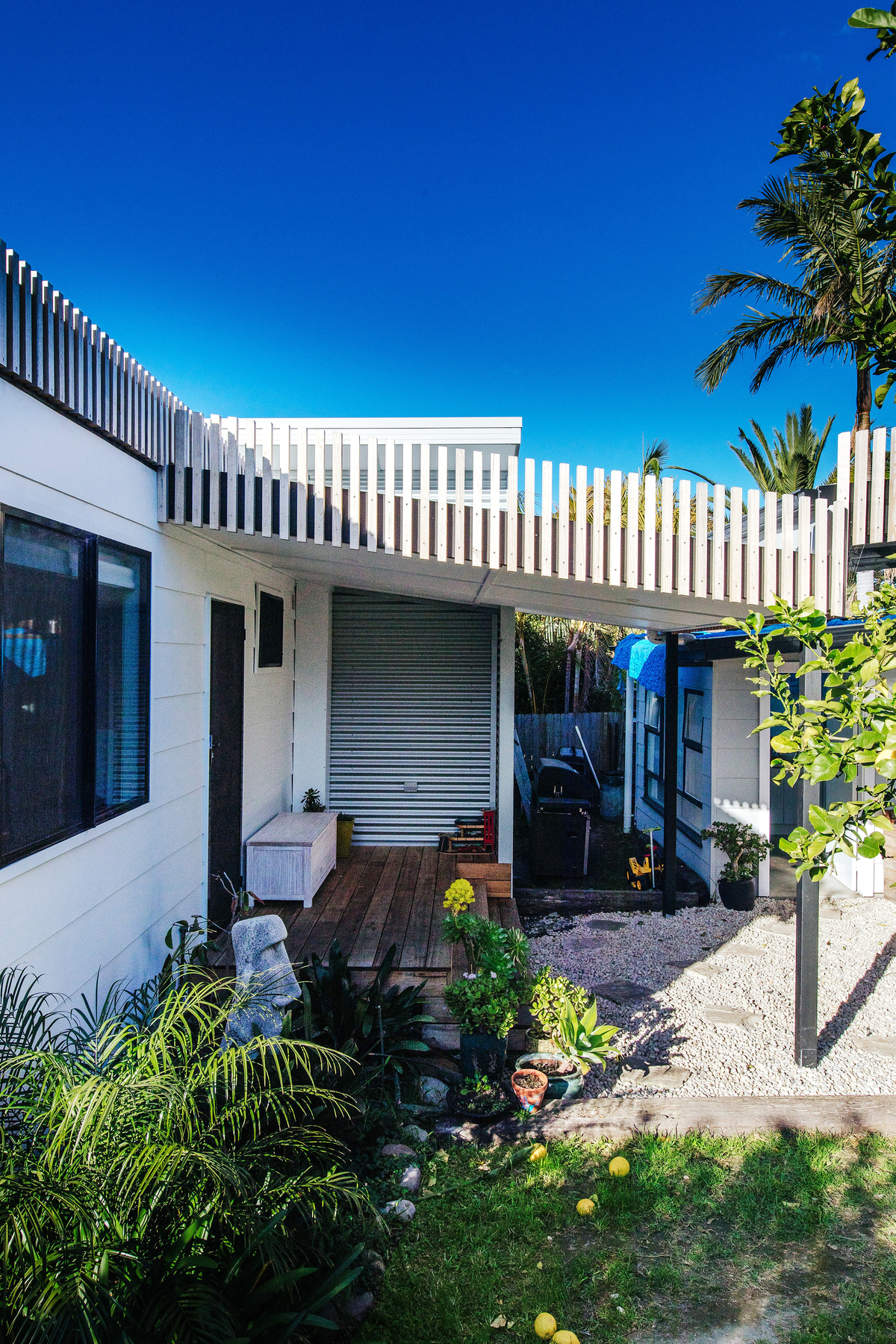 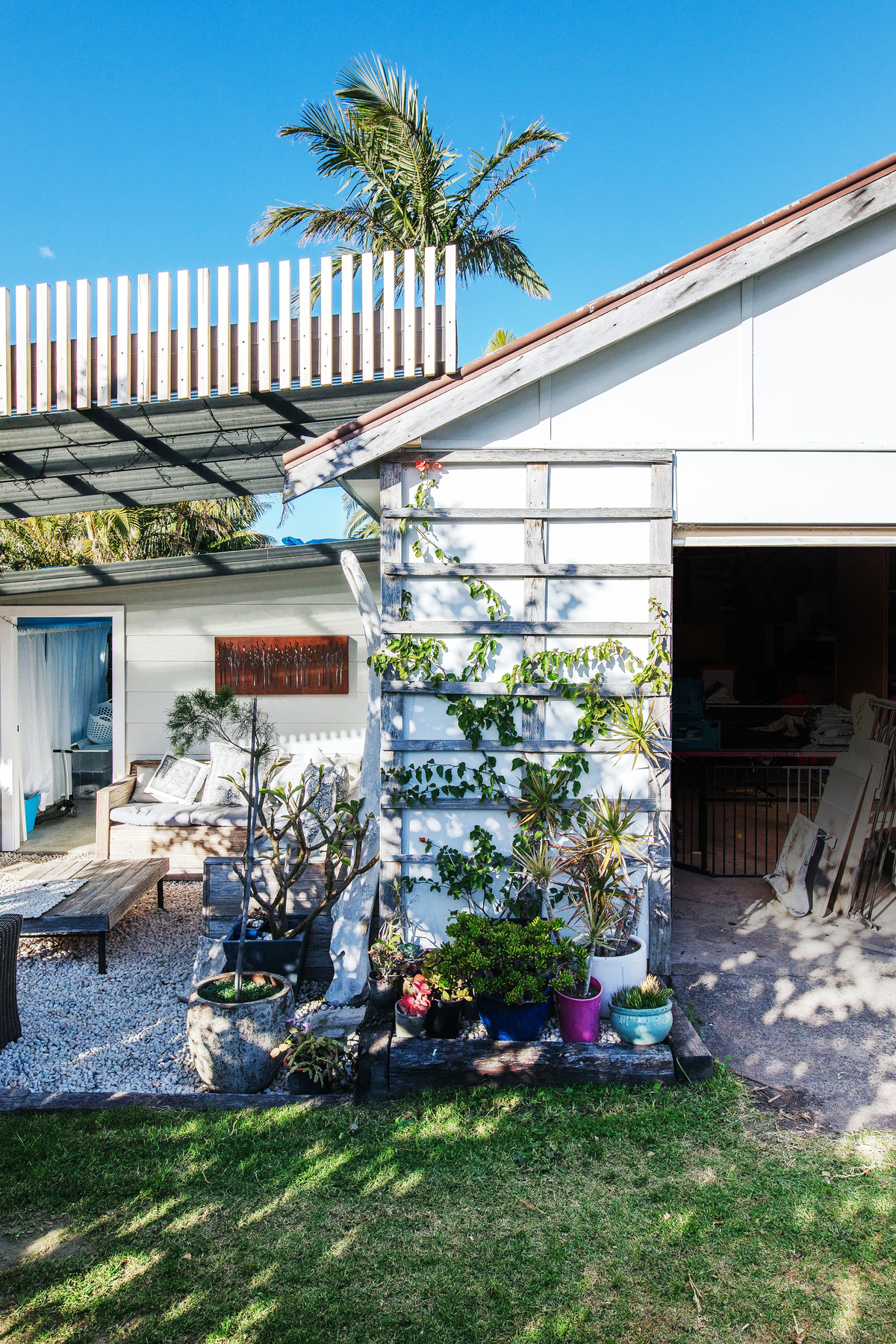 "The shed at the back was retained", says Pat, "but unlike the rest of the house was kept as [an] homage to the old shacks of the South Coast full off fishing and surfing gear, wetsuits, bikes and the ping pong table that still gets a workout every week. The only thing packed away is the tent." 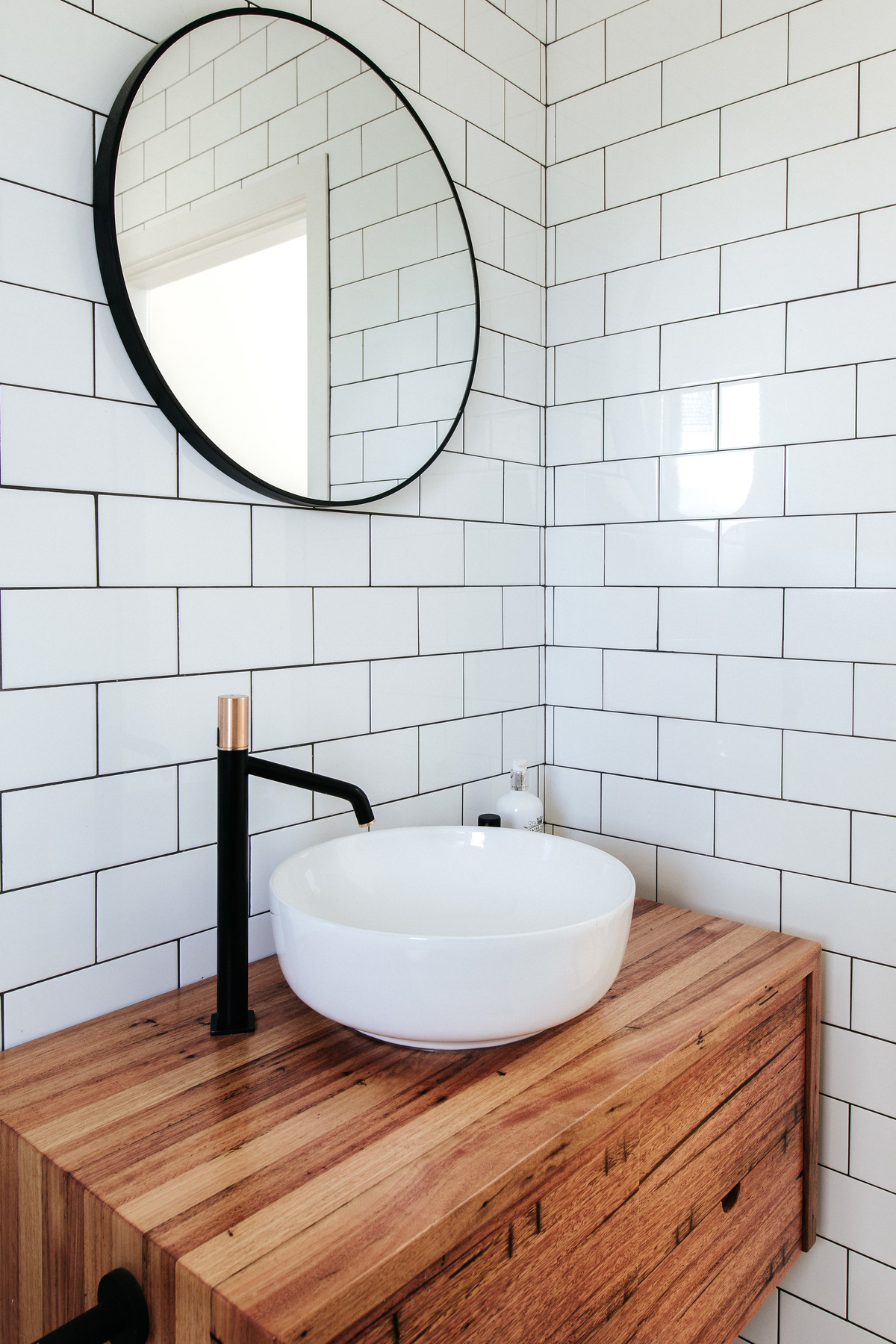 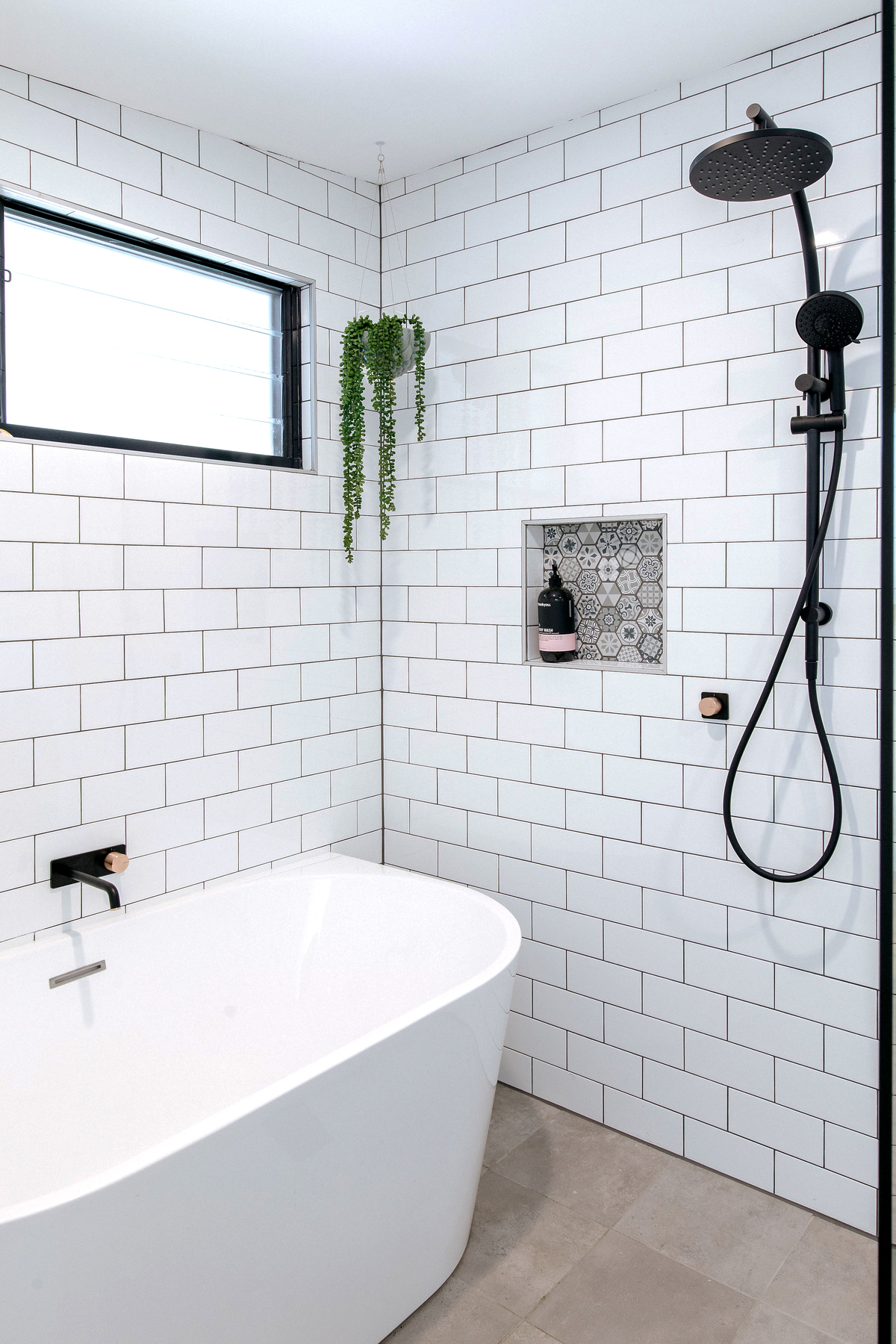 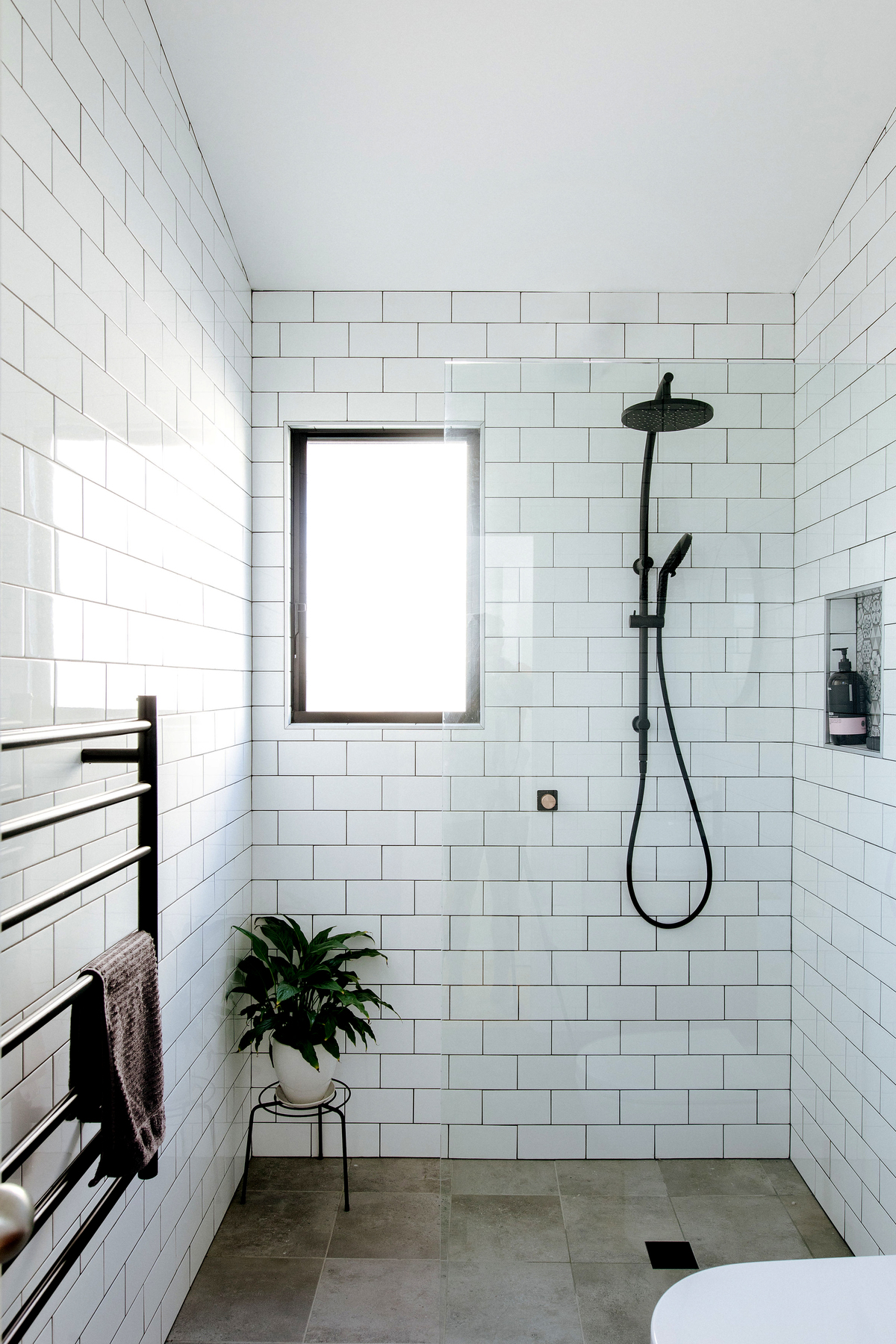 The simple addition transforms this beach shack into a functional and comfortable family home, without losing the qualities that made it such a special place. The use of simple materials common for the area, keeping everything on one level and maximising the connection between indoors and outdoors means this home will continue to be a special, relaxing place to spend time with friends and family. 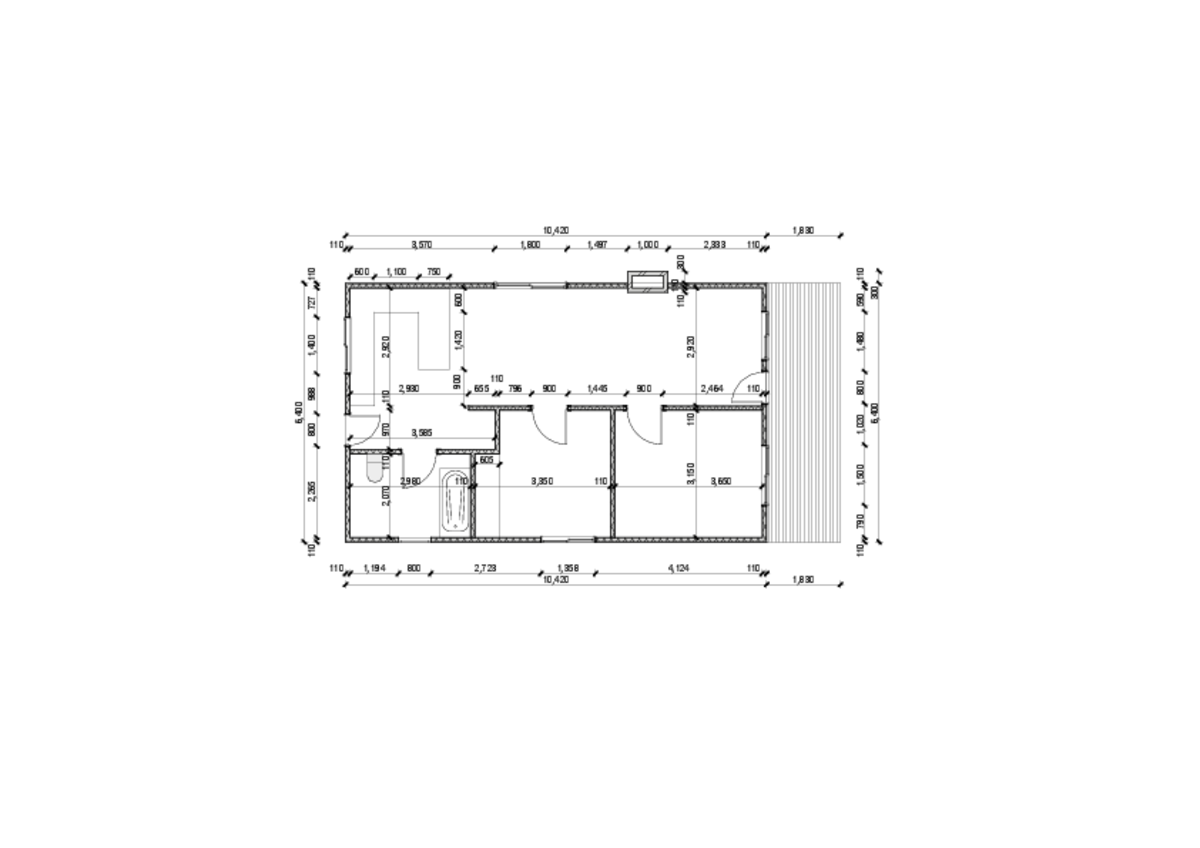 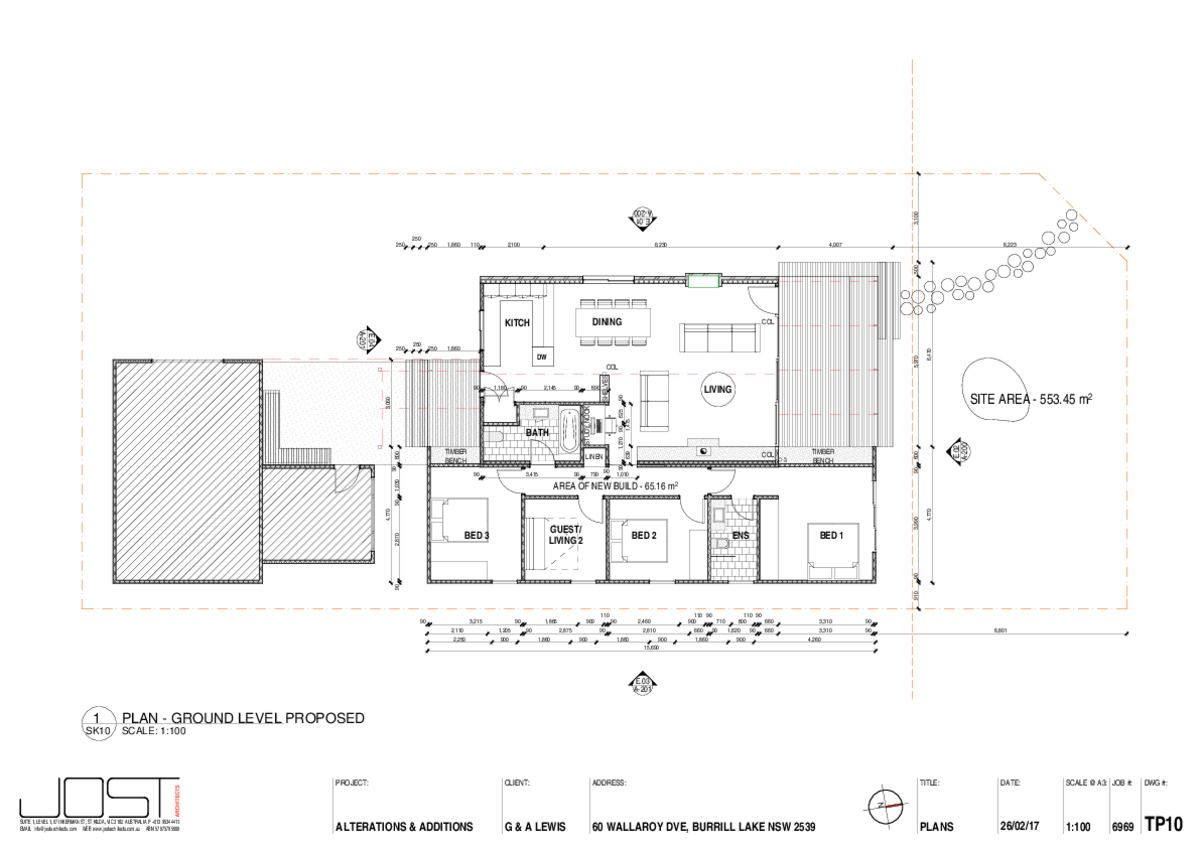 Tell us what you love about Burrill Lake House...