Tucked away in the back streets of Richmond, Galv Mountain House has had a colourful past over its 150-year life, "housing everyone from workers in the neighbourhood factories and notorious members of Melbourne’s underbelly to the inner-city-loving residents of today", explains OOF! Architects. A new addition, popping out of the roof, ensures the home will survive for much longer with the guarantee of light, space and views for years to come... 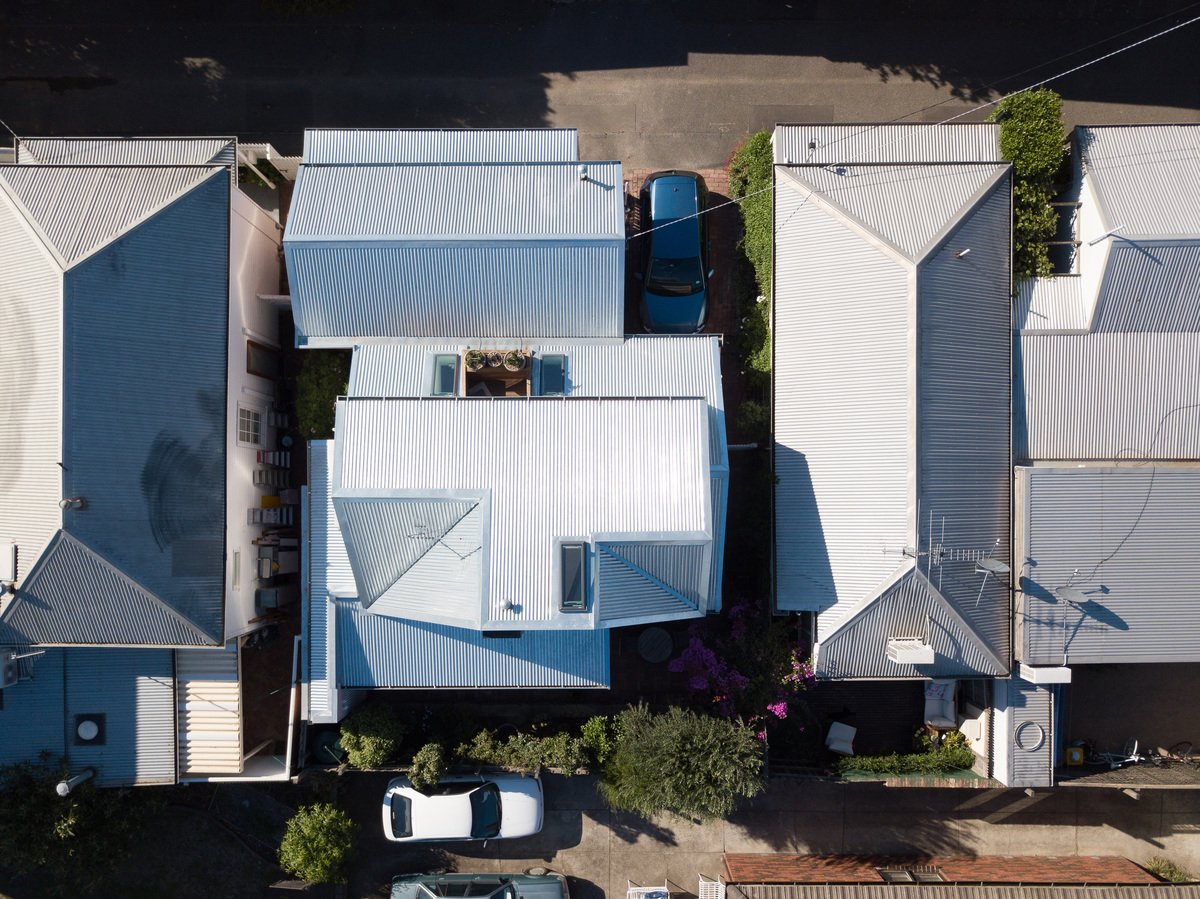 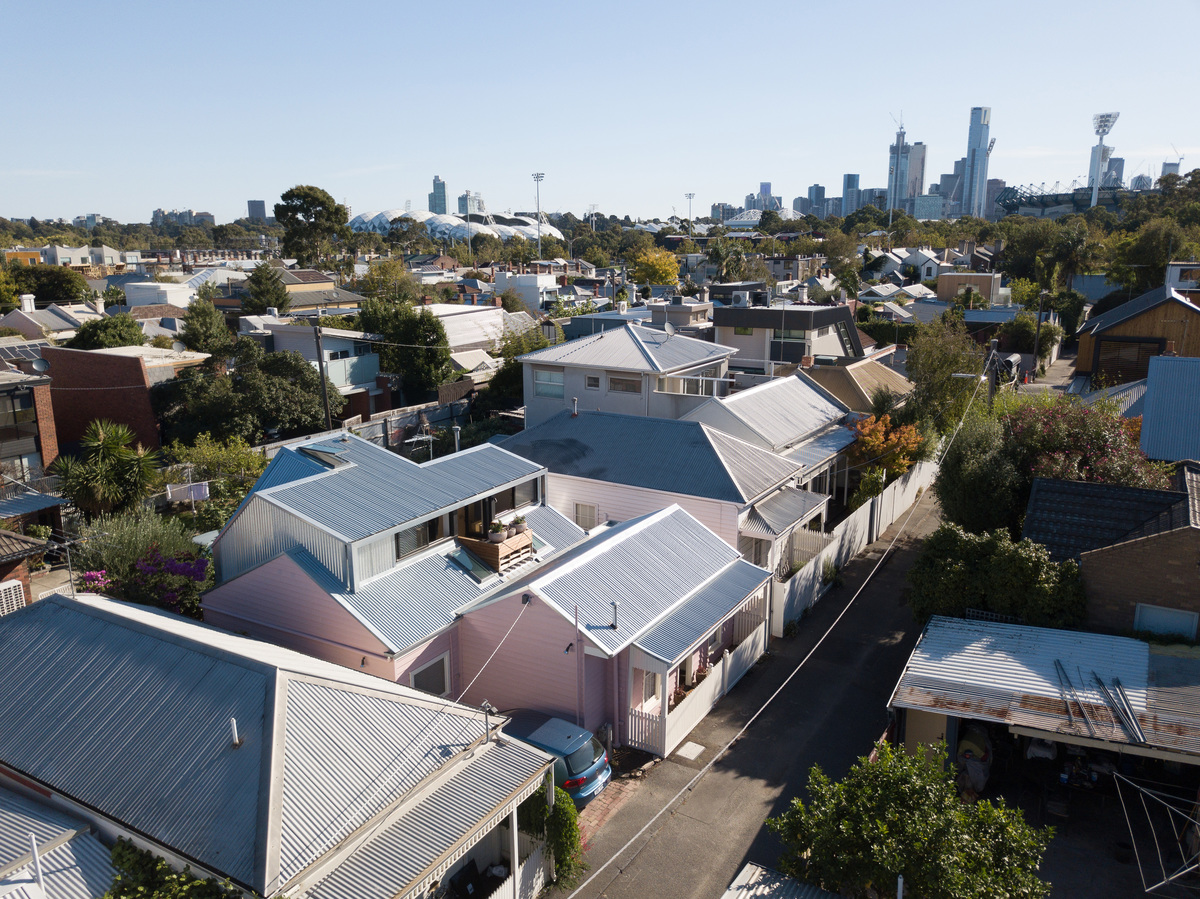 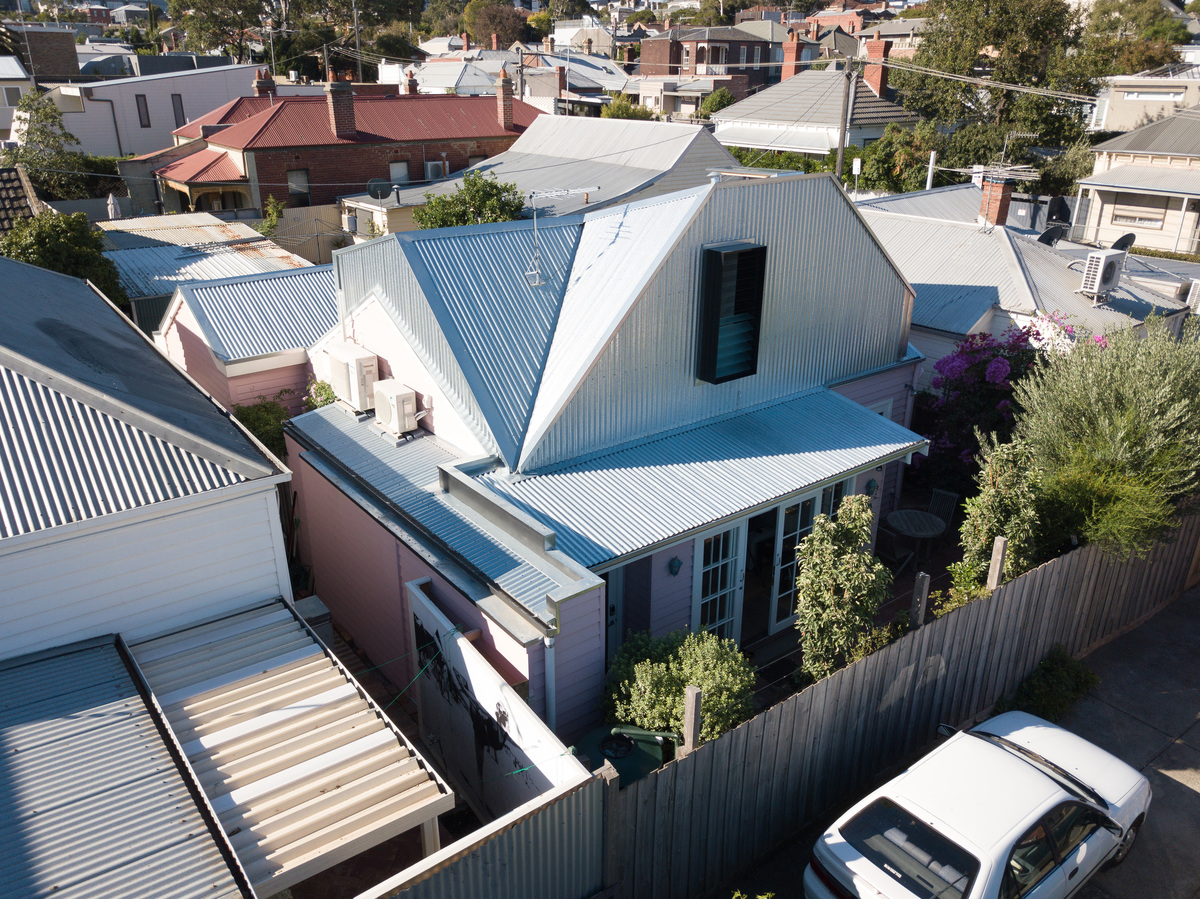 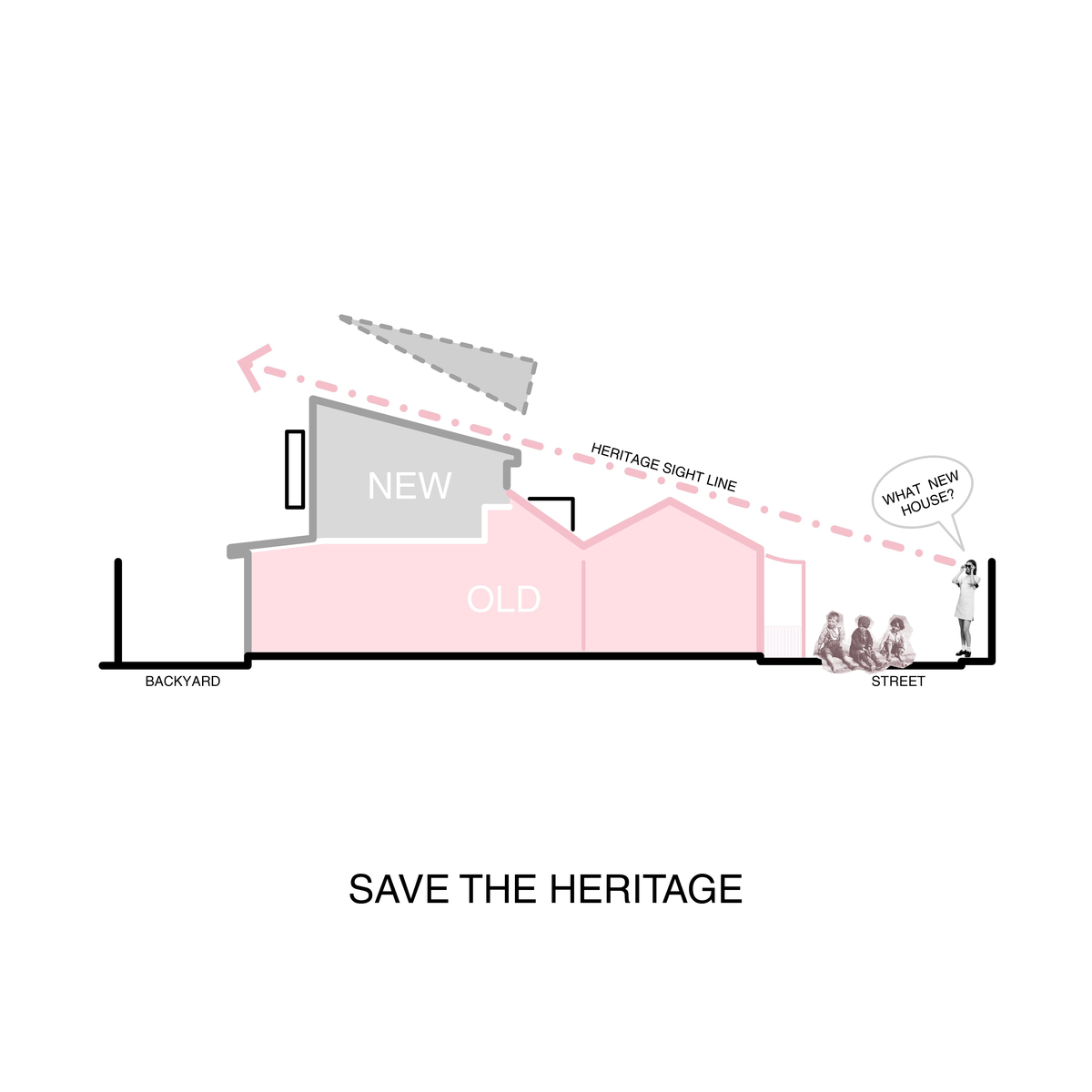 In one of the densest sections of inner-city Richmond, fitting an extension onto this tight block is akin to "build(ing) a ship in a bottle" as the builder, Complete Builders Insight puts it. Strict heritage controls in the already dense neighbourhood meant an addition wasn't allowed to be seen from behind the original ridgeline. In addition, the need to maintain light, privacy and views to both the home and neighbours further limited the buildable area and shape of the addition. 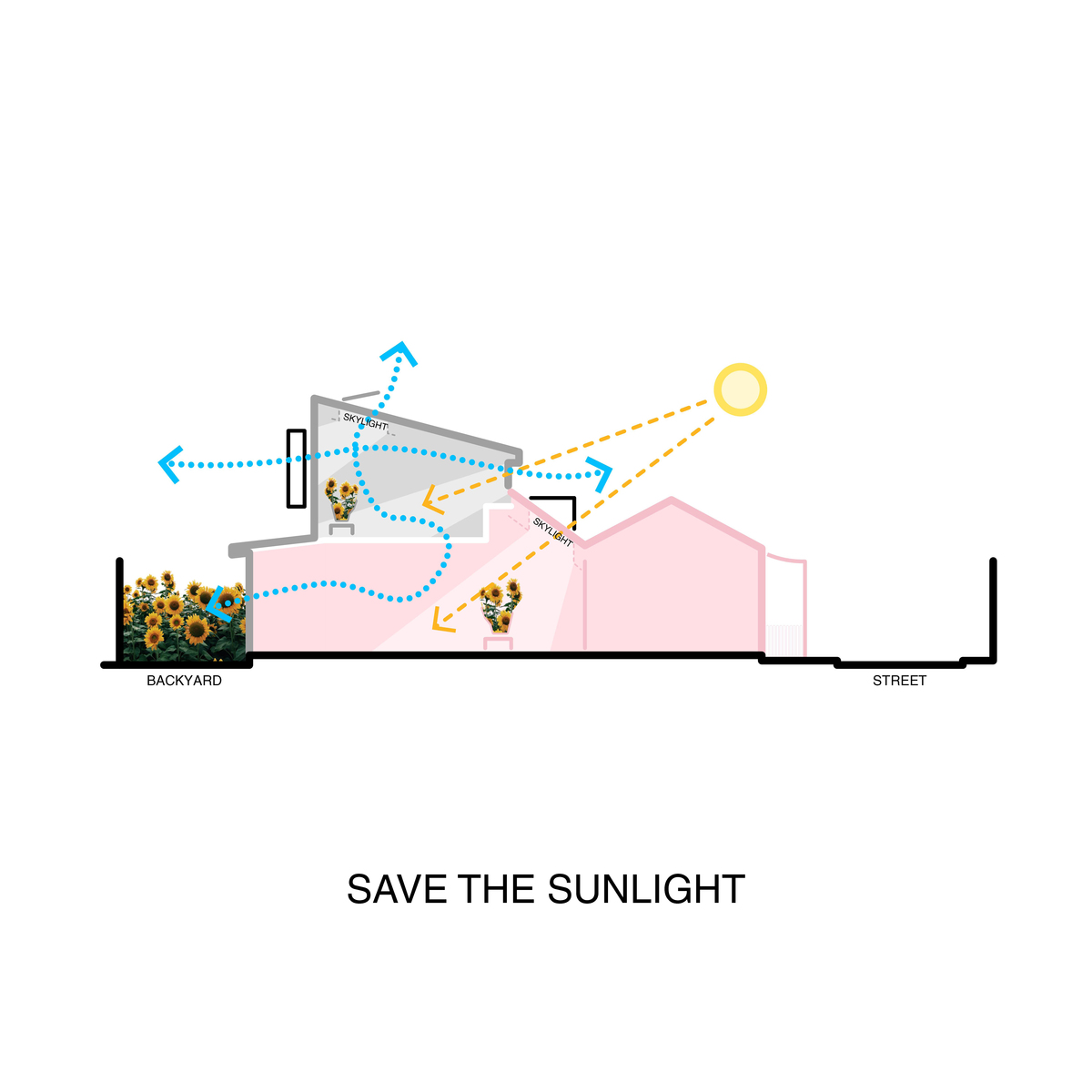 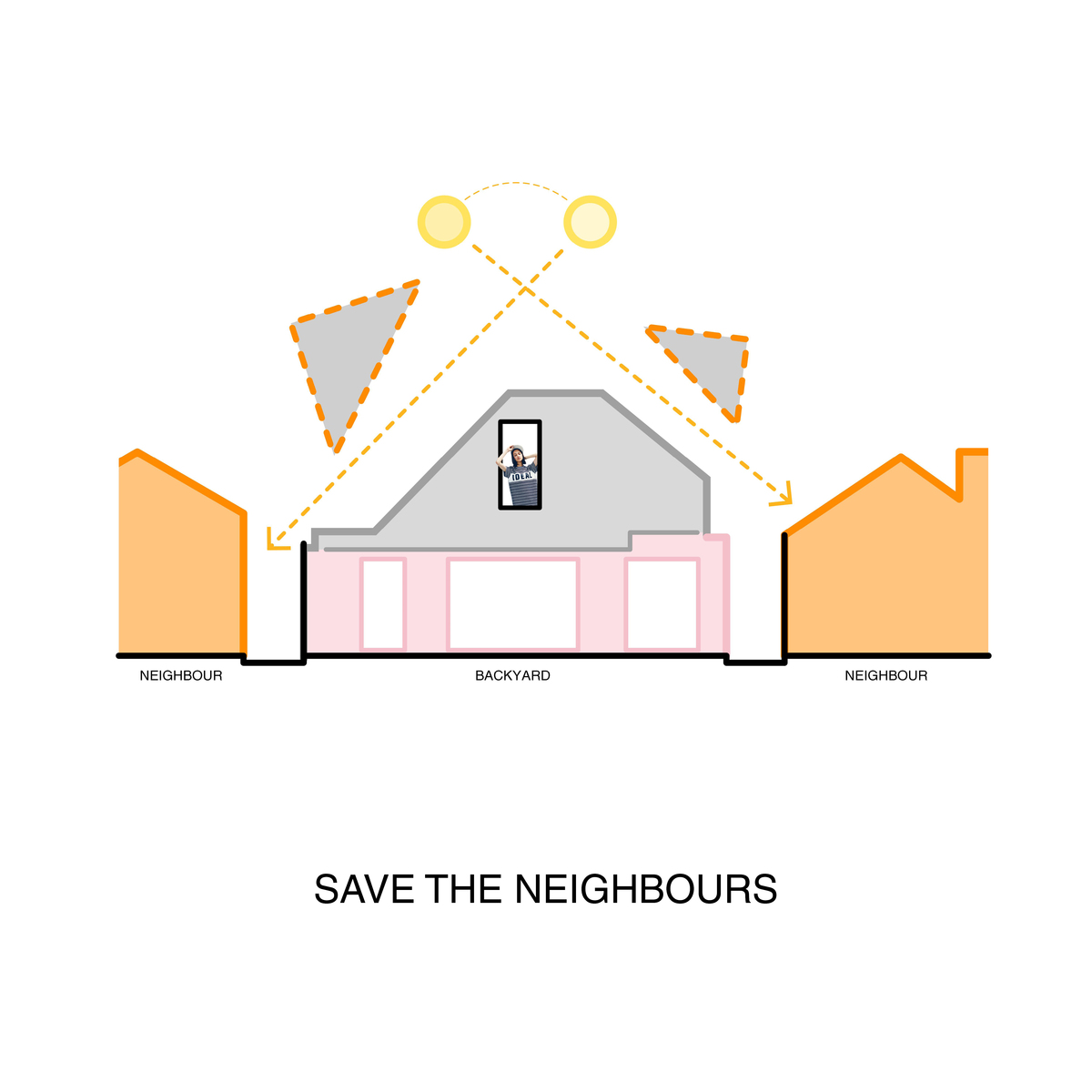 By slicing and dicing the addition to comply with all the overlays and planning constraints as well as ensuring light and views are maintained, the architect has managed to fit a lot into a small package. 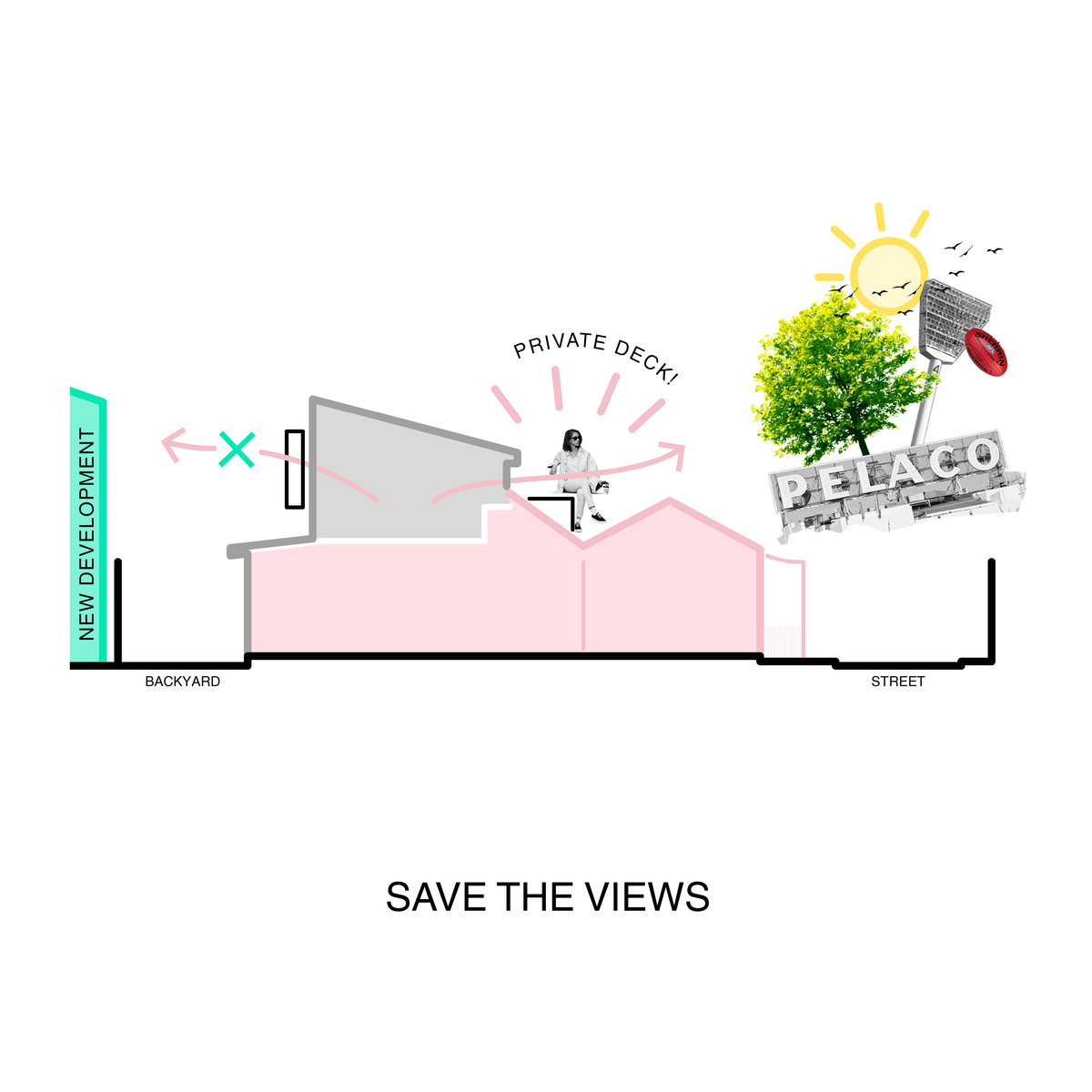 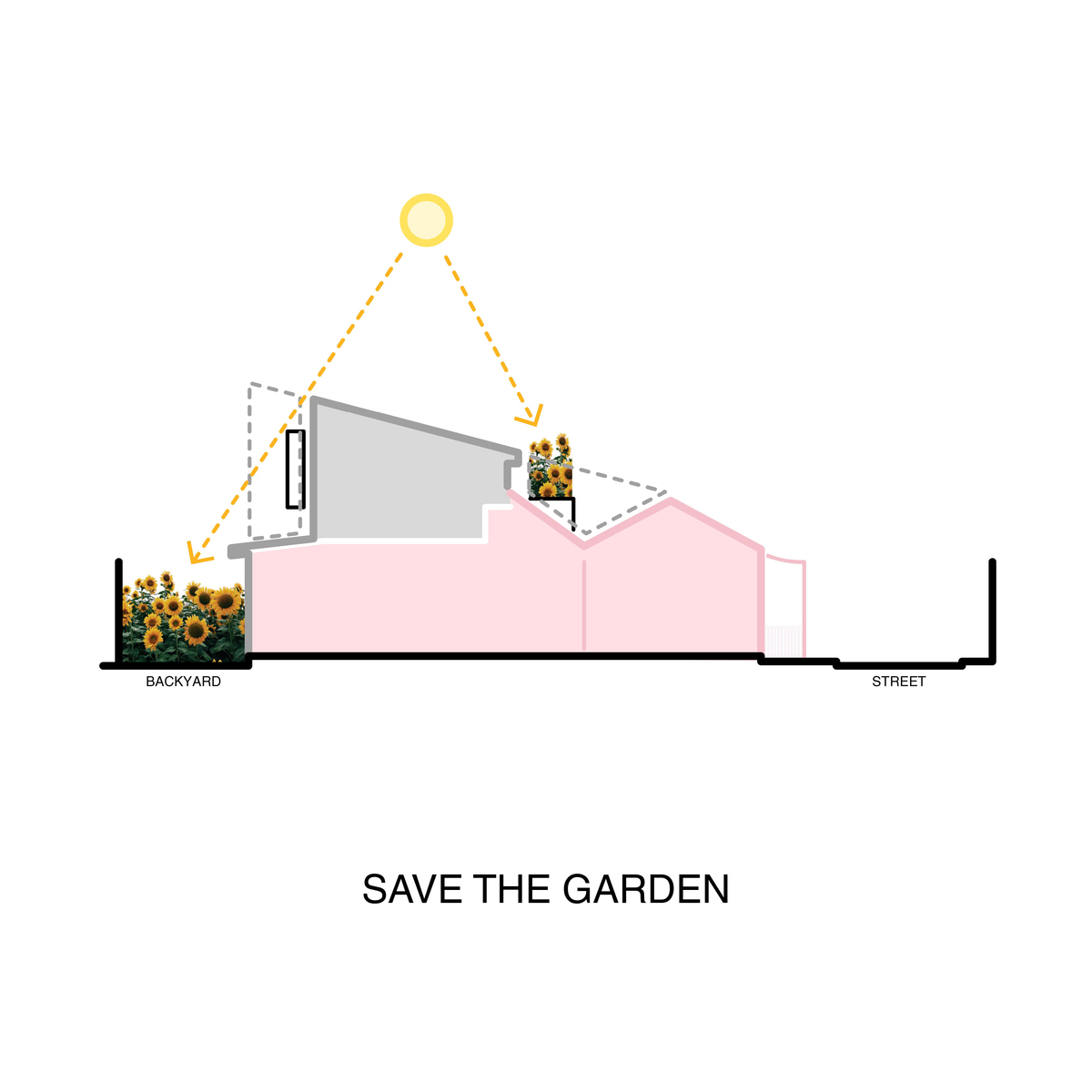 "The diminutive nature of the house, the lot and the street all conspired to make the house feel too cramped and its resident needed just a bit of extra room. Its future enjoyment was further threatened by neighbouring development that would take away what modest aspect and light it received. The only way was up", explains the architect. 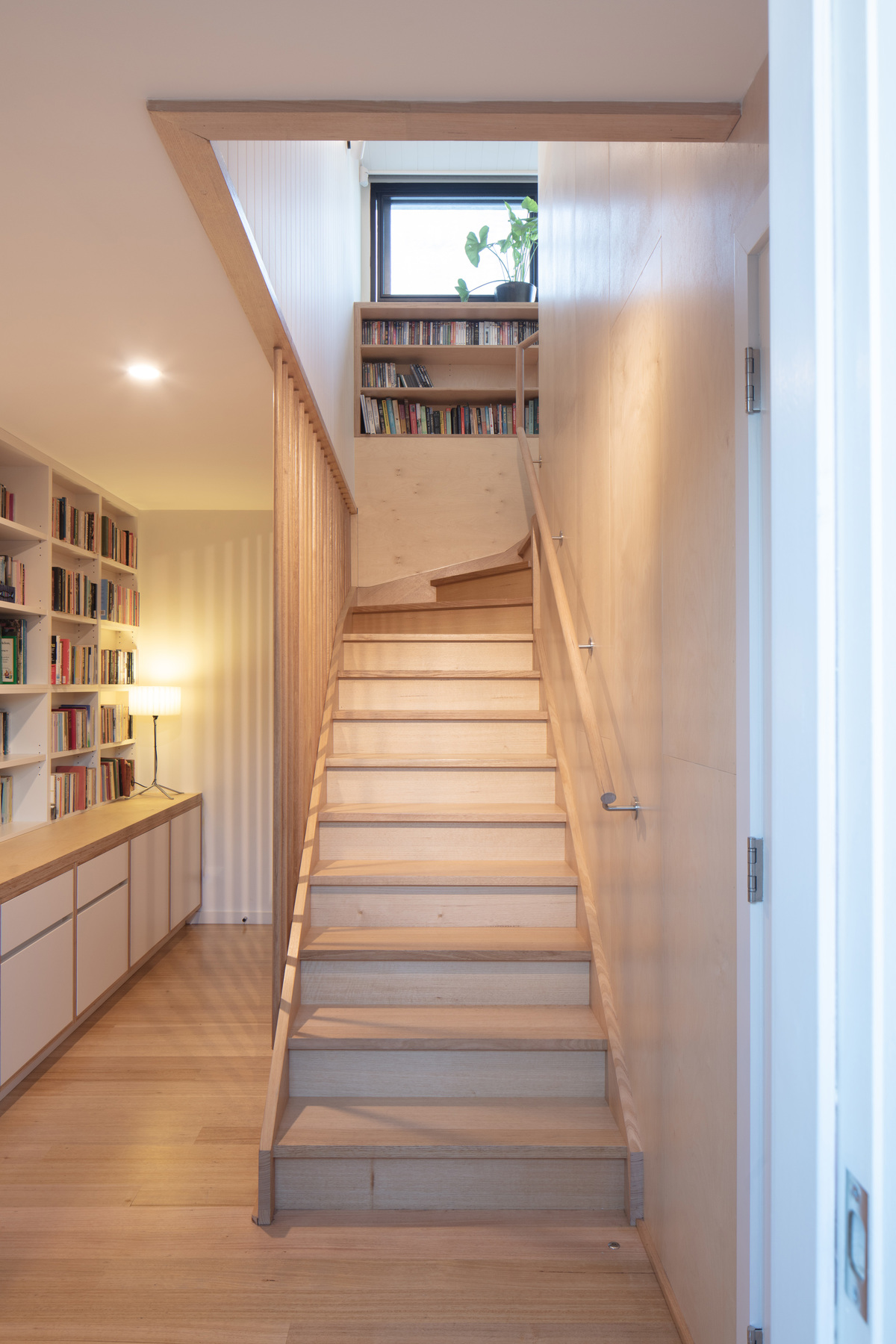 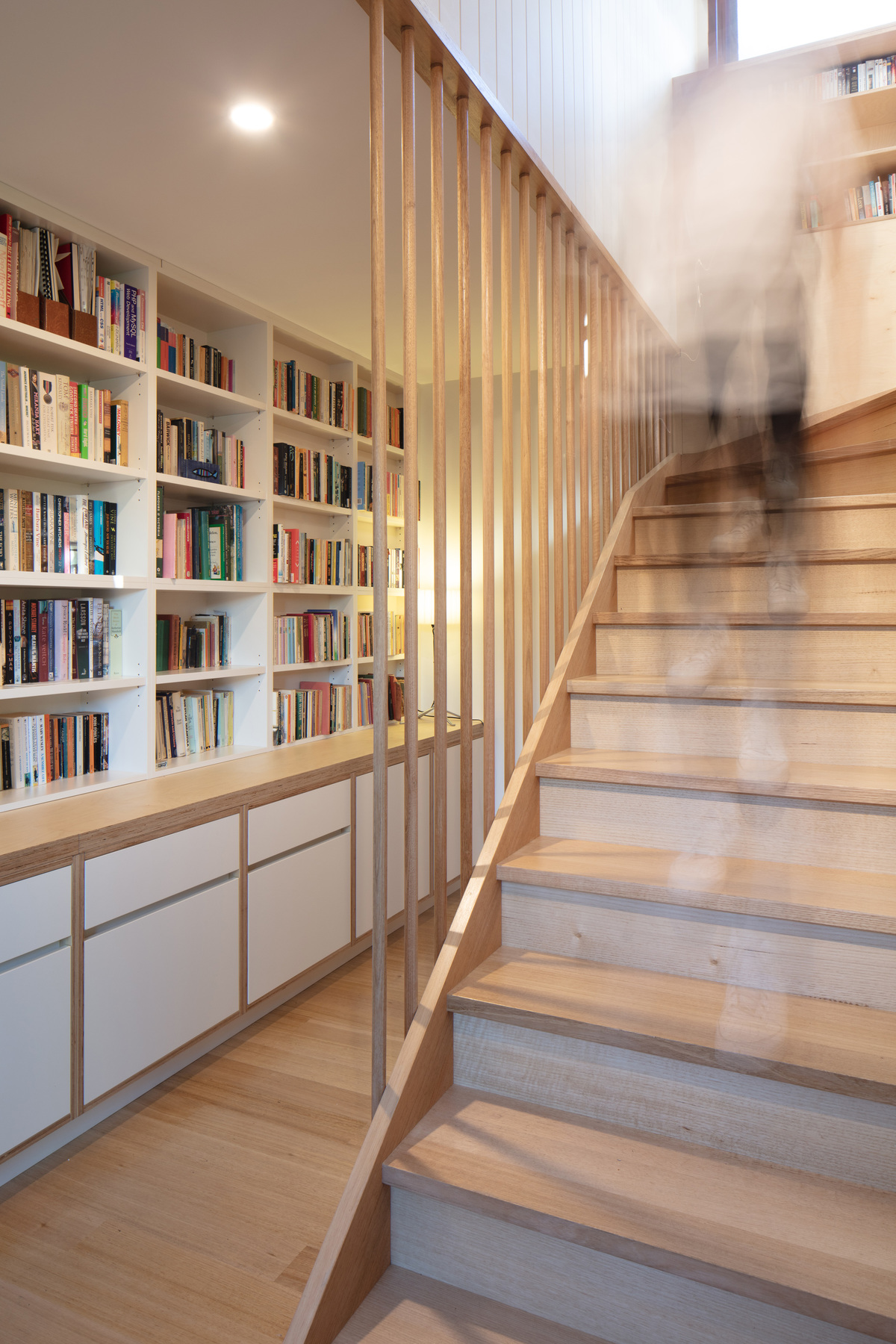 To top things off, the original cottage was in a bad way and needed re-stumping, framing, roofing and cladding works to bring it up to scratch: "The old roof was sagging, damp and termites had moved in and things were all getting a little more crooked by the day", explains the architect. 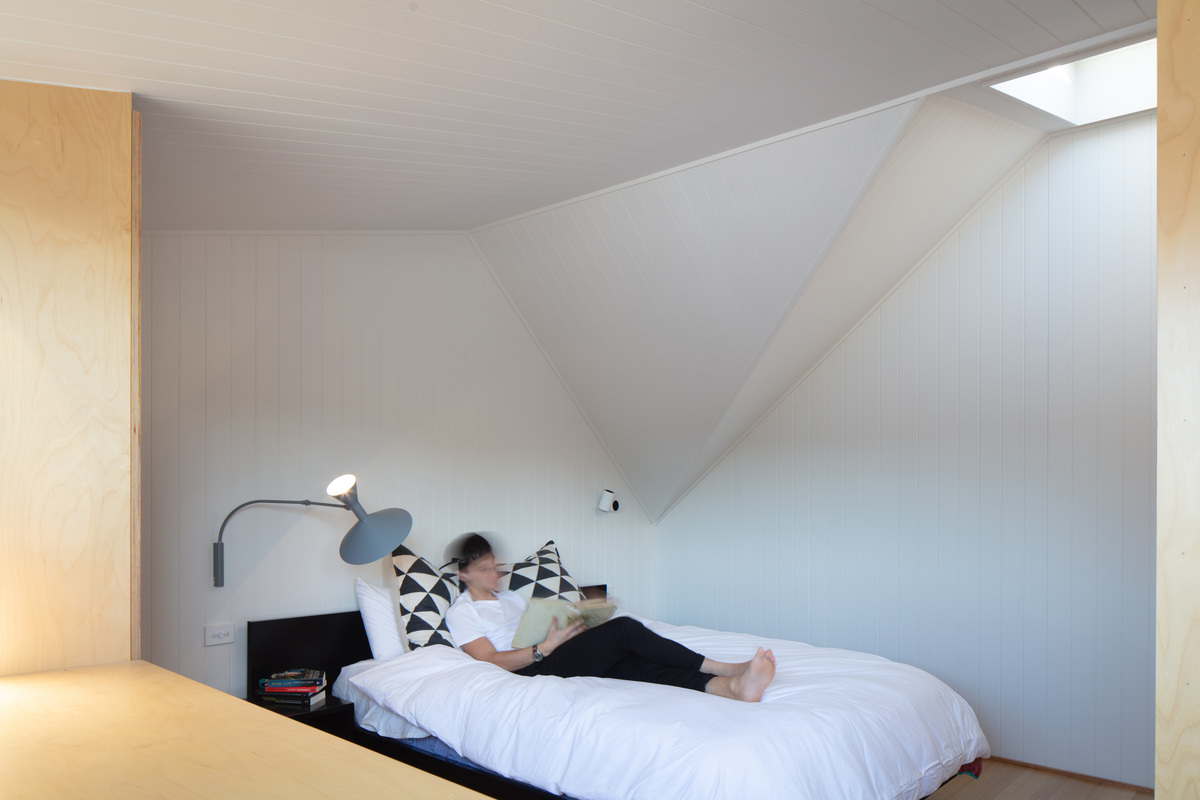 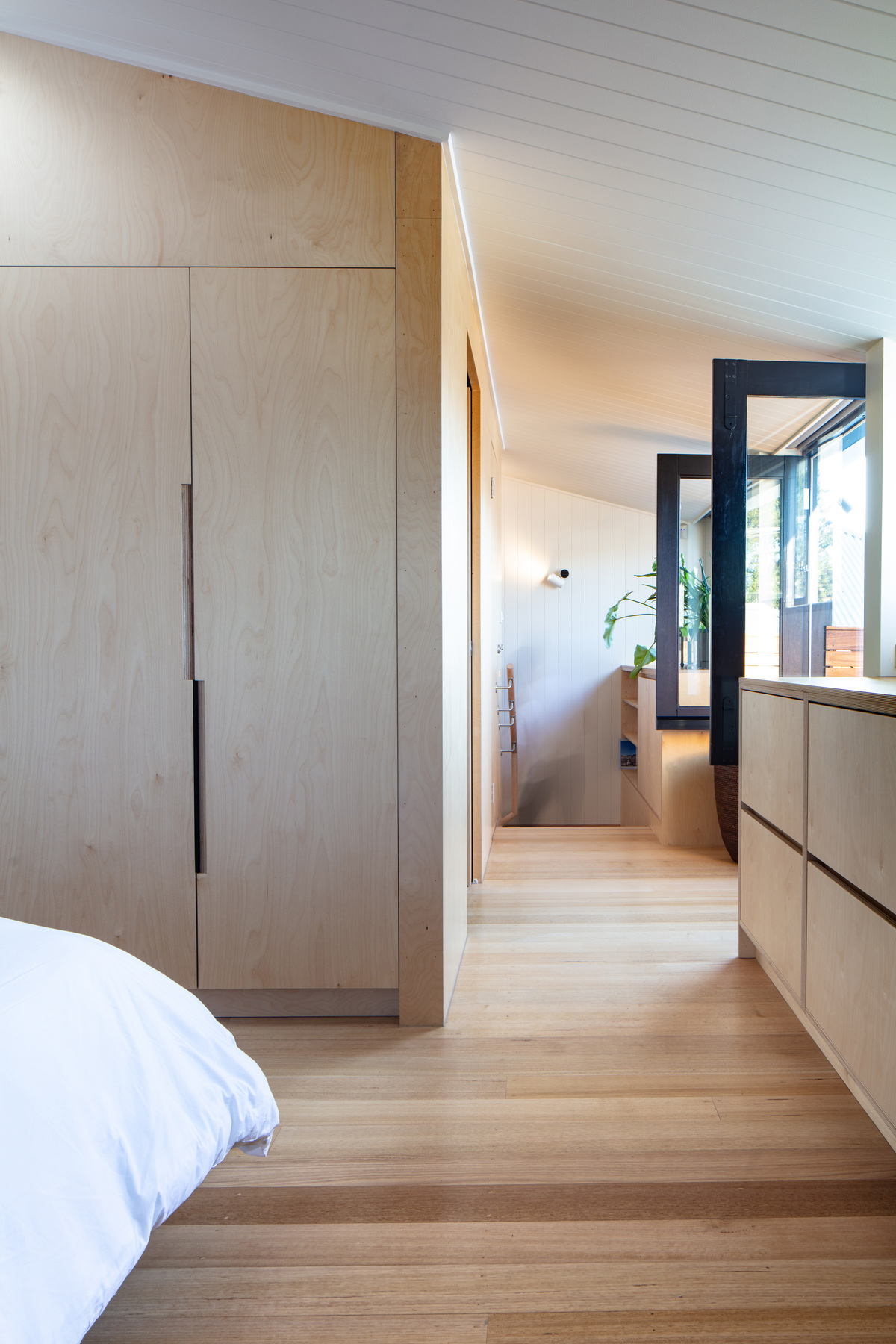 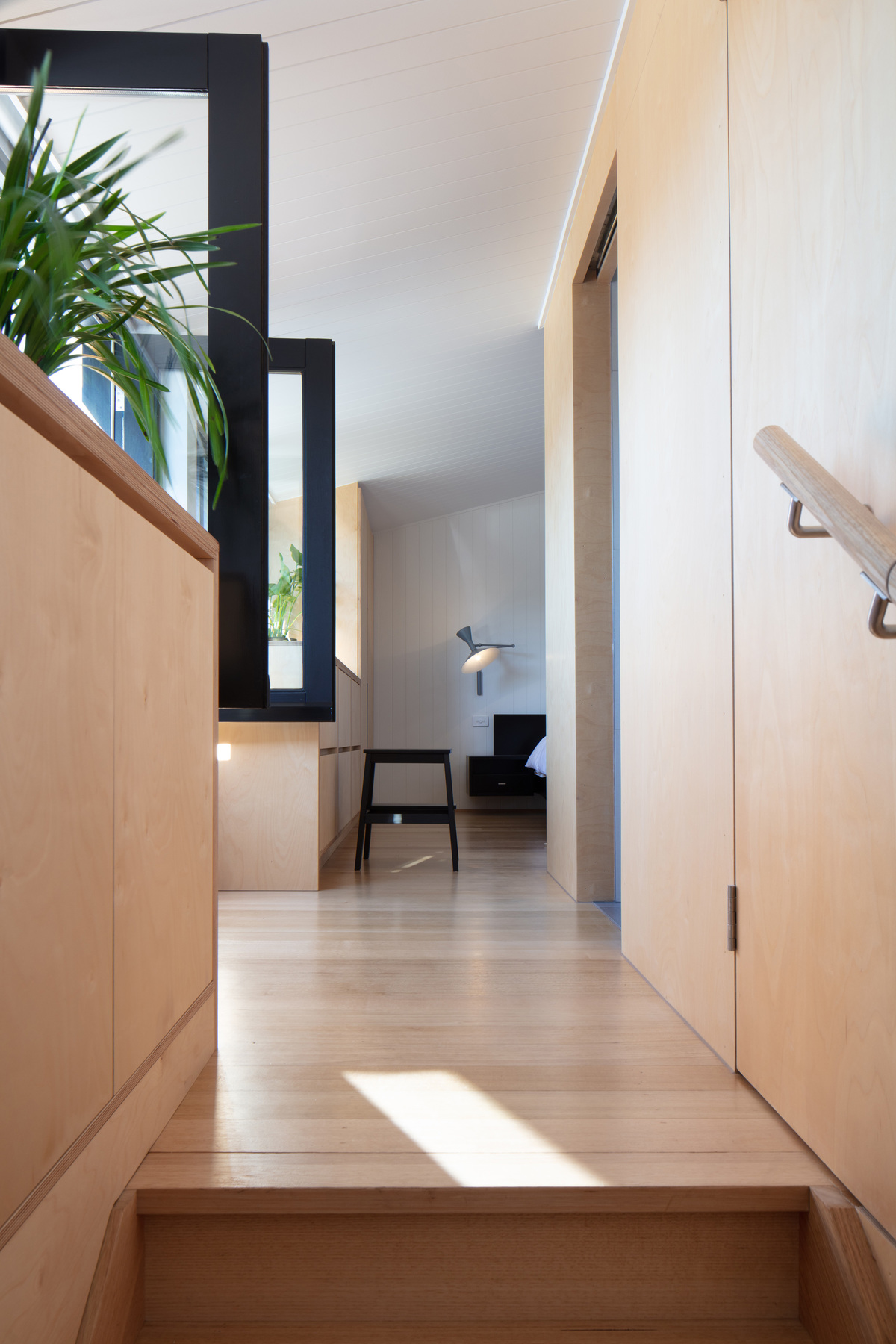 But, in combination with the rectification works, the addition has brightened the future of this home for many years to come. The addition pops above the original roof to create extra space for a new bedroom suite, study and library, while also grabbing light from the north which can not be built out. 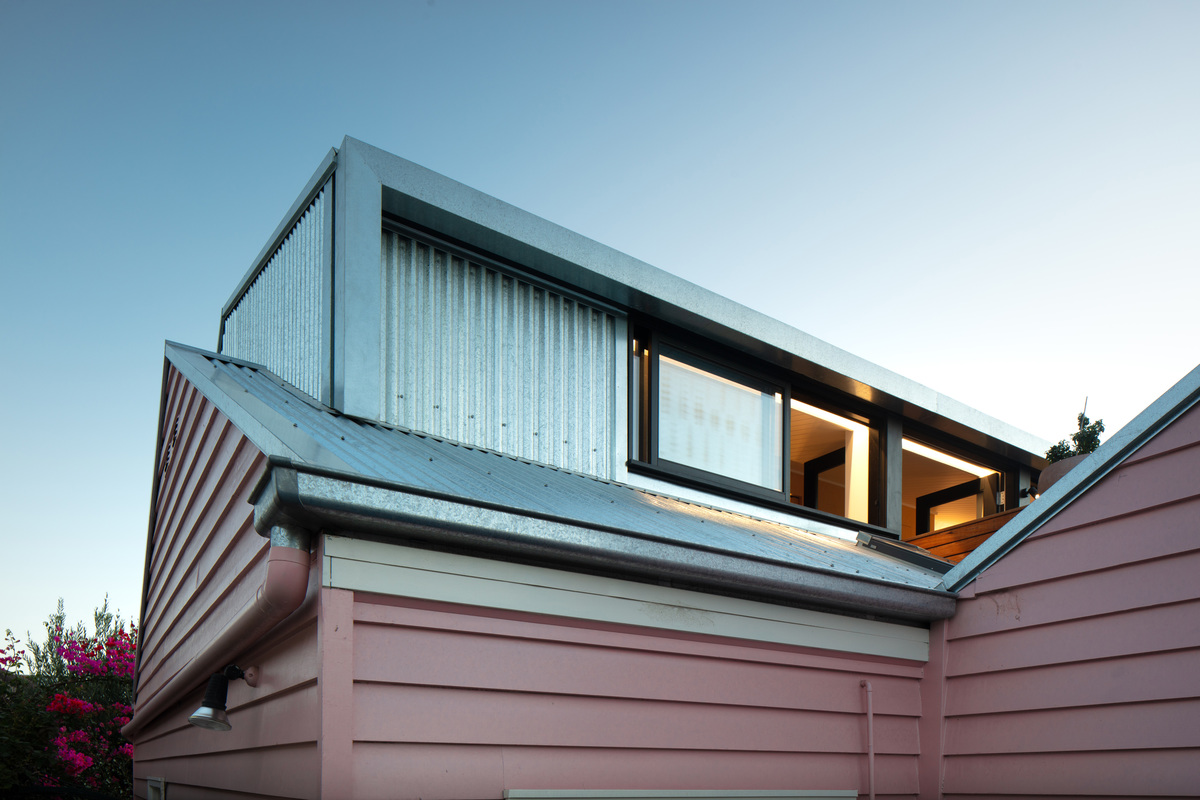 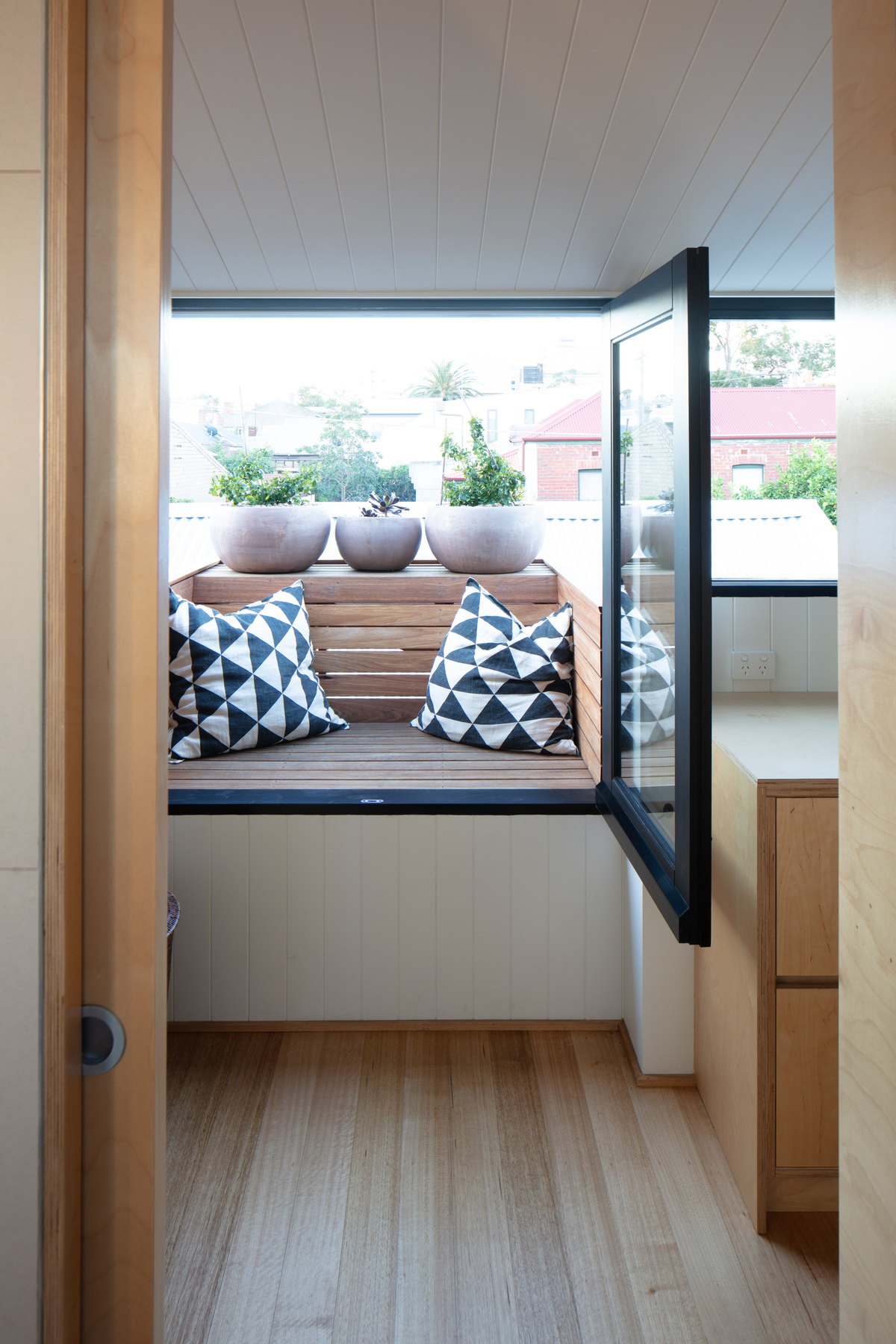 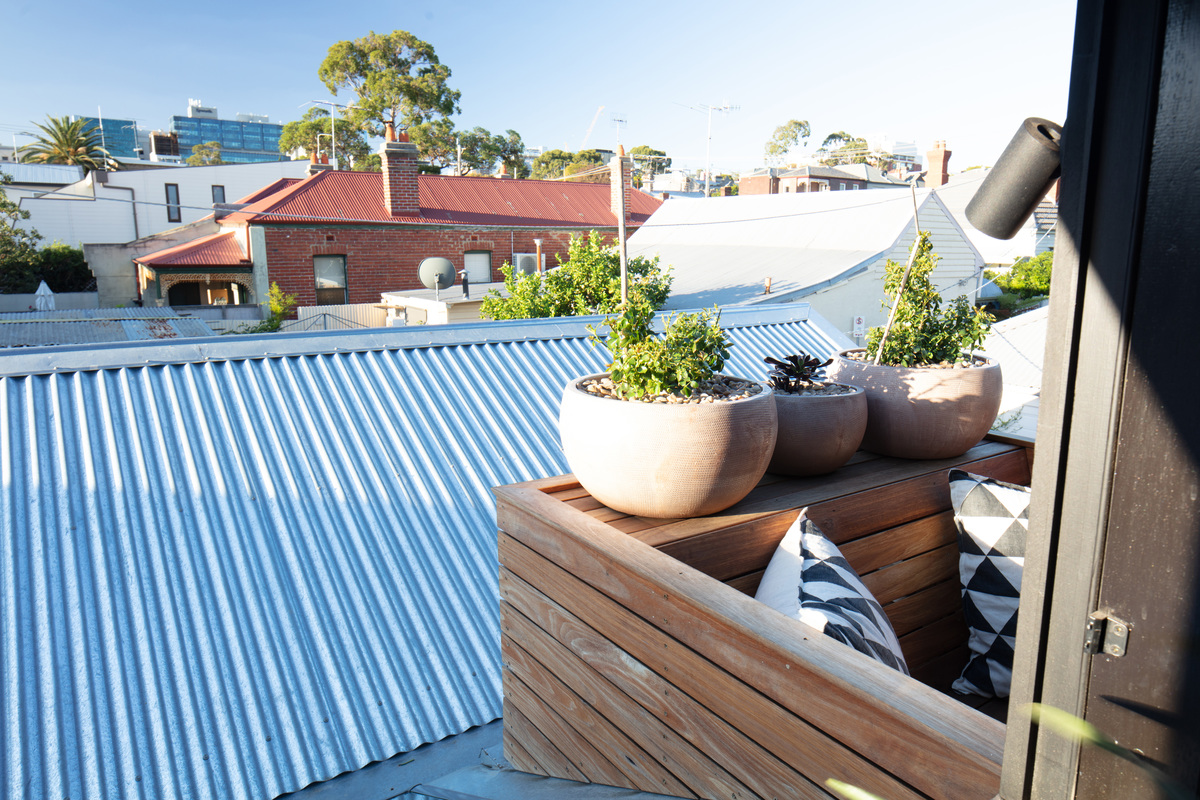 The solution locks in sunlight and views for the home by creating north-facing windows and skylights behind the original ridgeline and a pocket roof deck which basks in the sun and enjoys views over the rooftops close enough to hear the roar of the MCG. 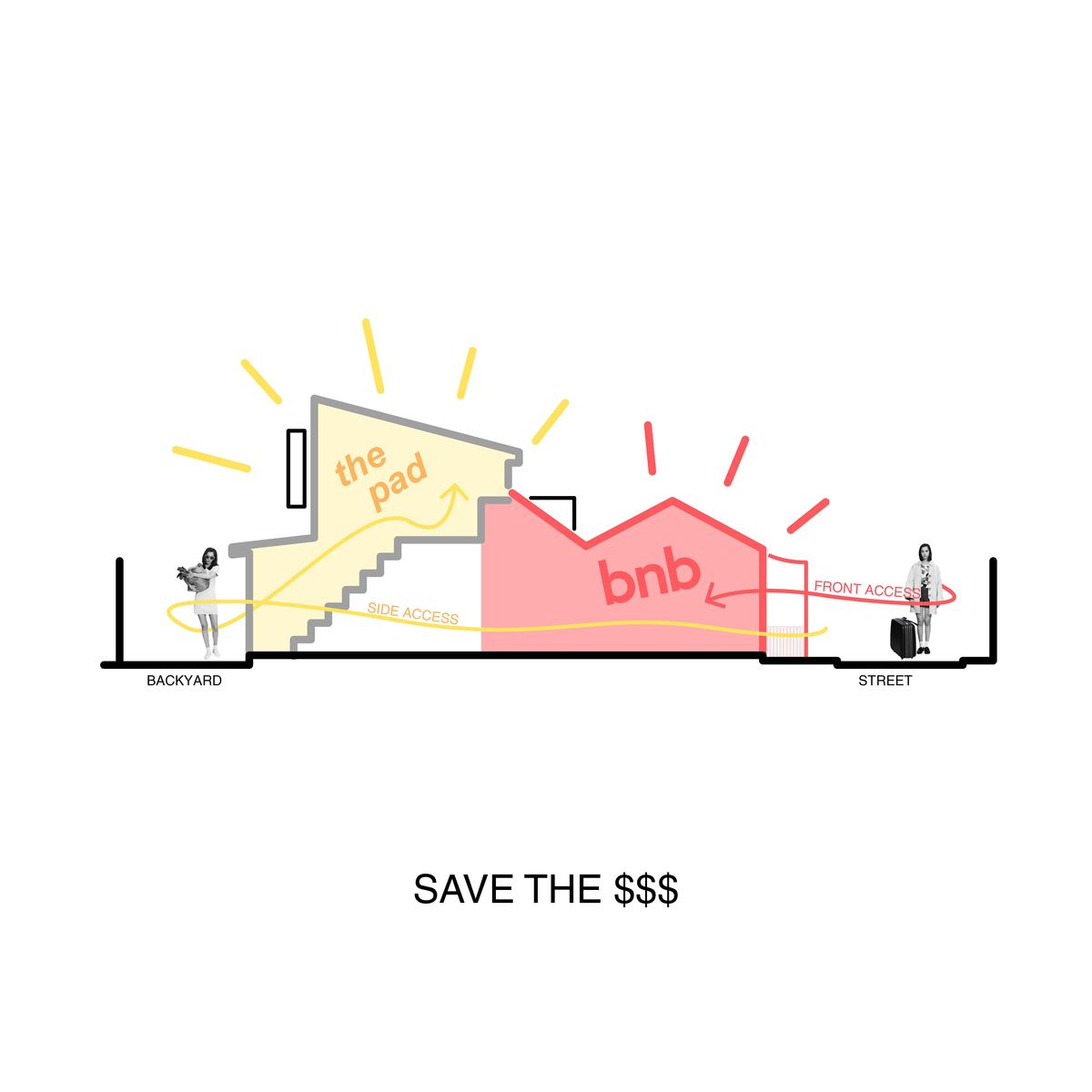 The design also creates flexibility in the home, allowing the front to bedrooms to be used as a B&B, with separate rear access. 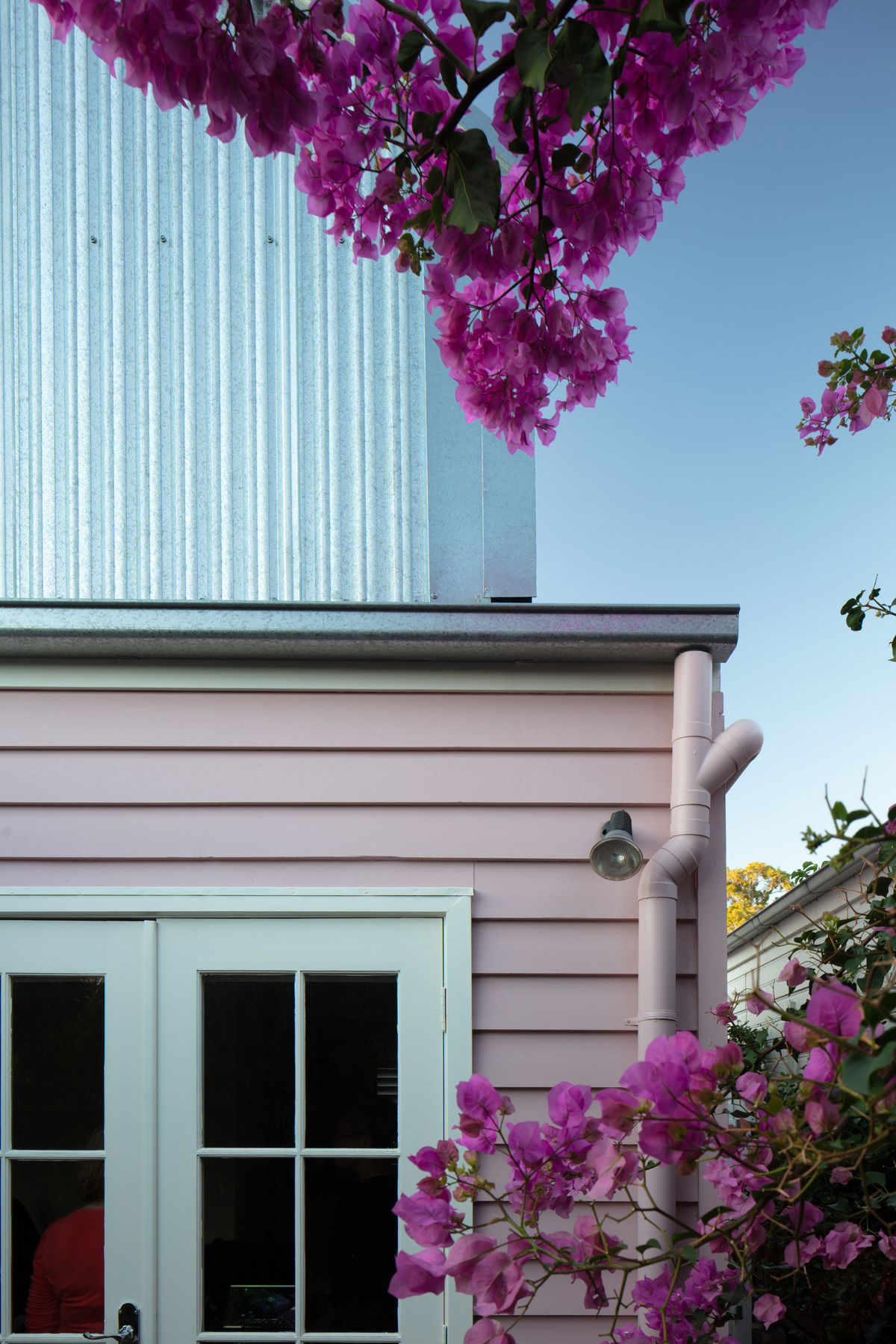 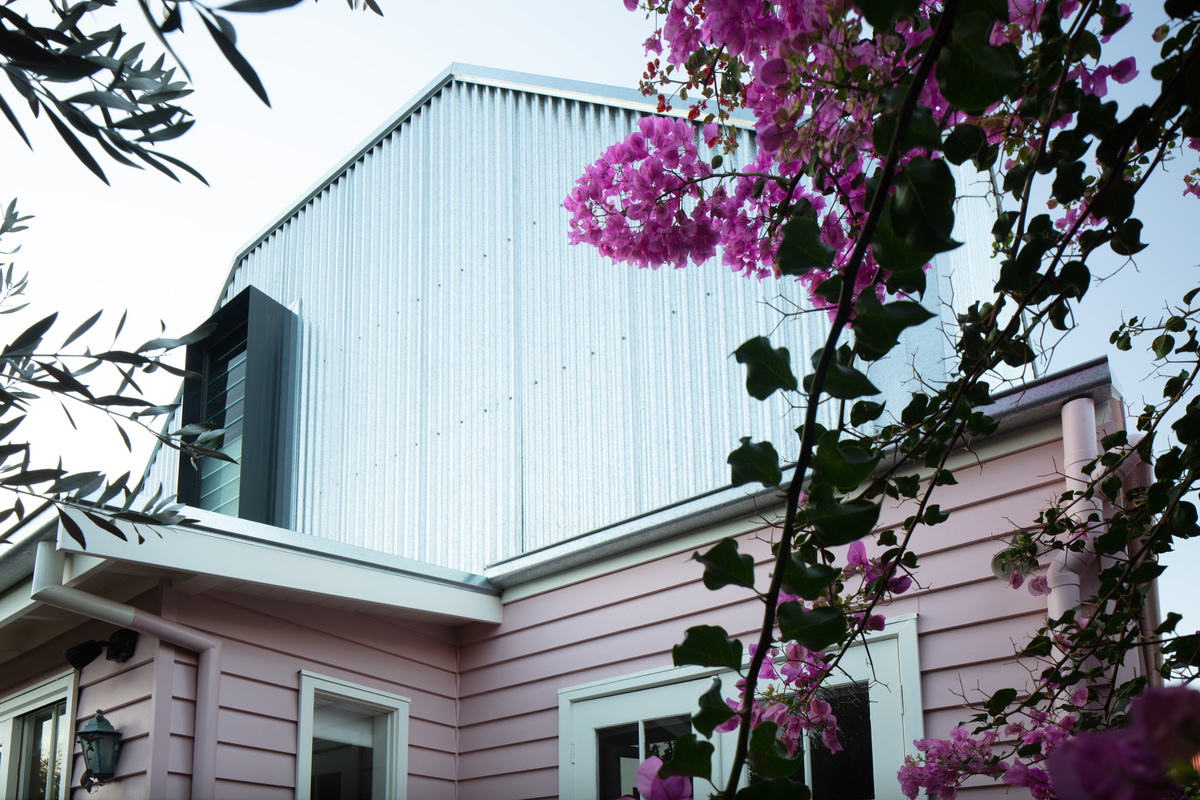 Clad in galvanised iron, the new works are in keeping with the heritage materials of the area. The long-lasting and low-maintenance material has a long history in the area and also fits with Richmond's industrial history. In contrast with the repainted cottage in dusty pink, 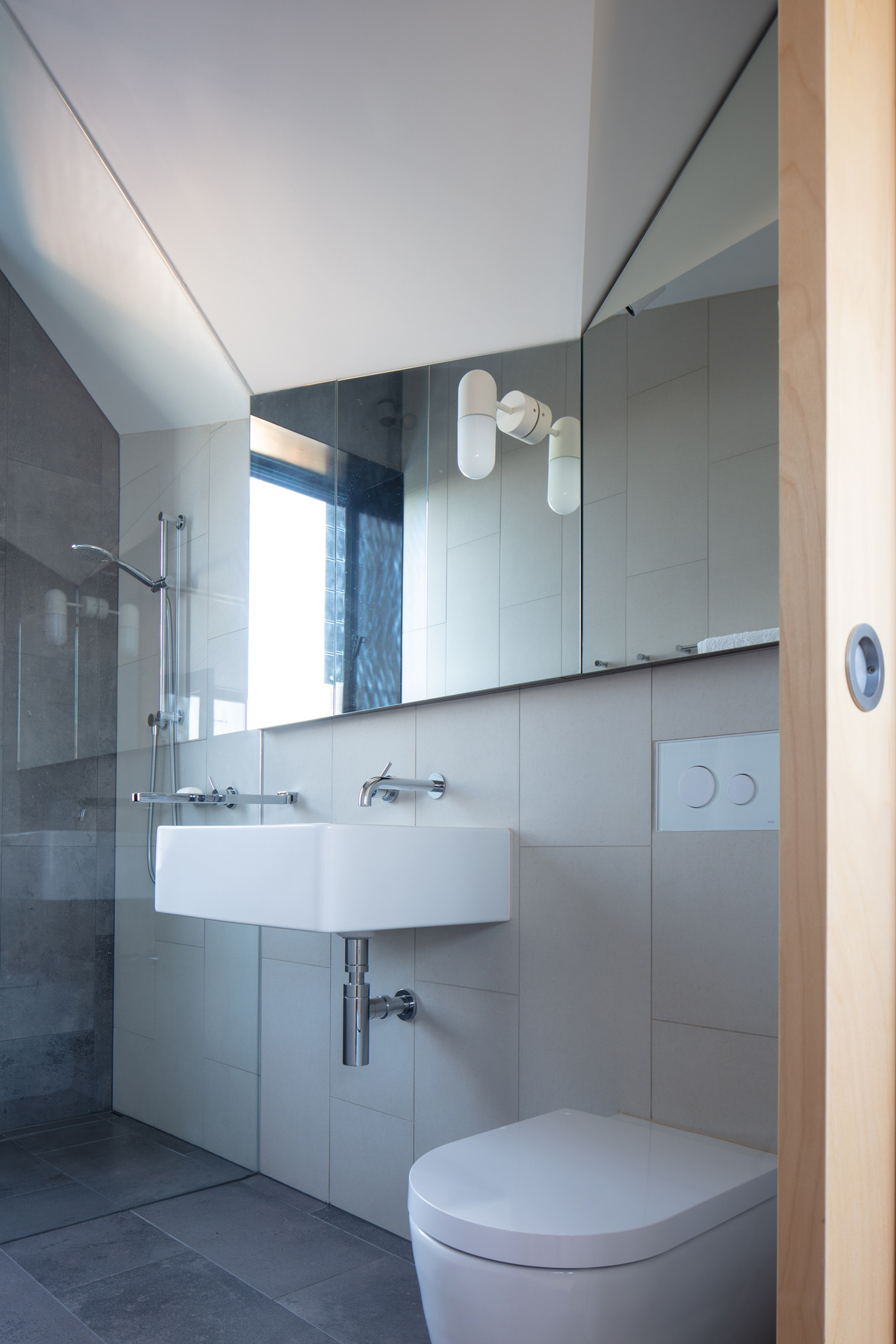 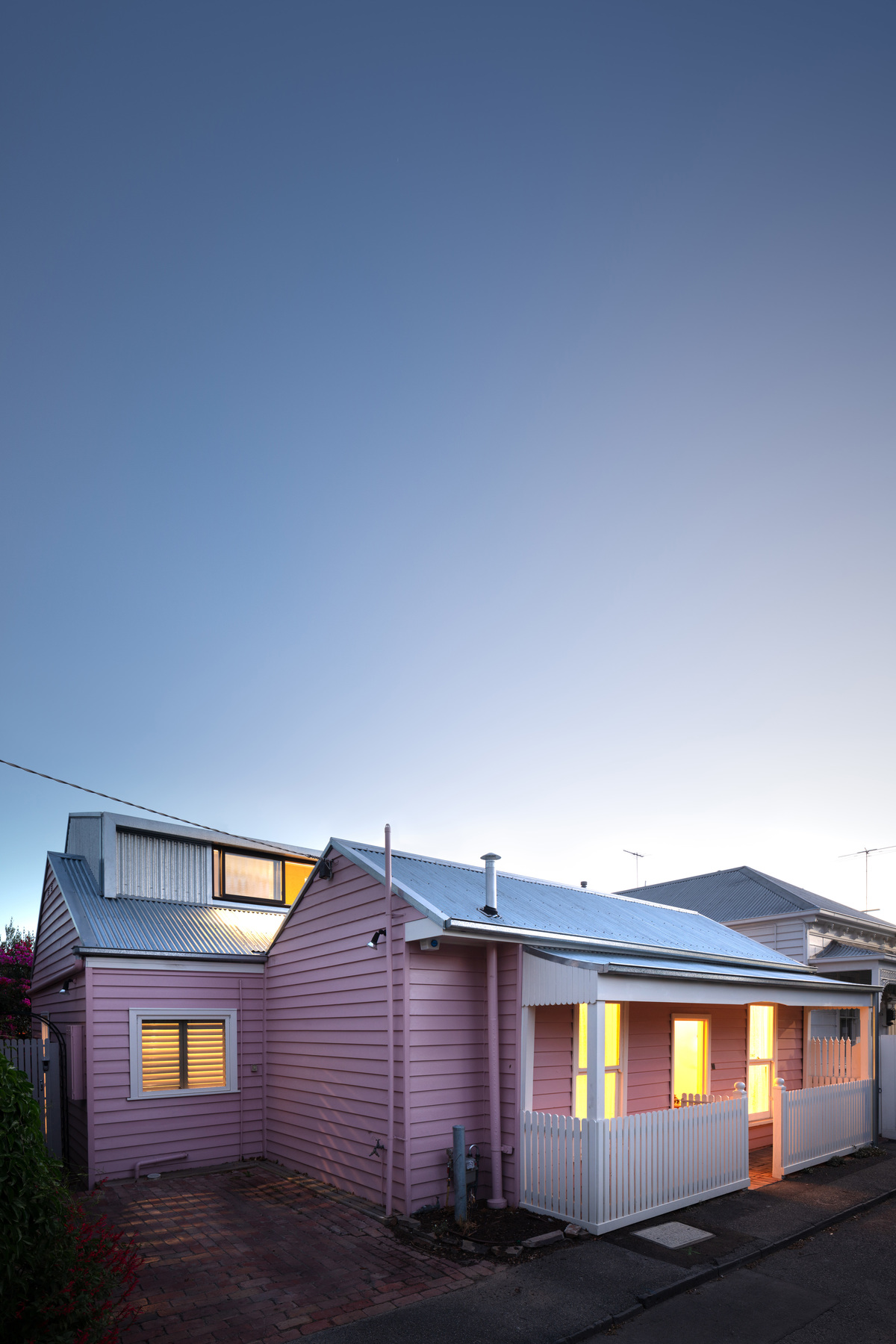 By guaranteeing light and views and creating some much-needed space on this tight, inner-city block, OOF! Architects have ensured this 150-year-old cottage will be around for many more years to come. This Galv Mountain is lined with gold. 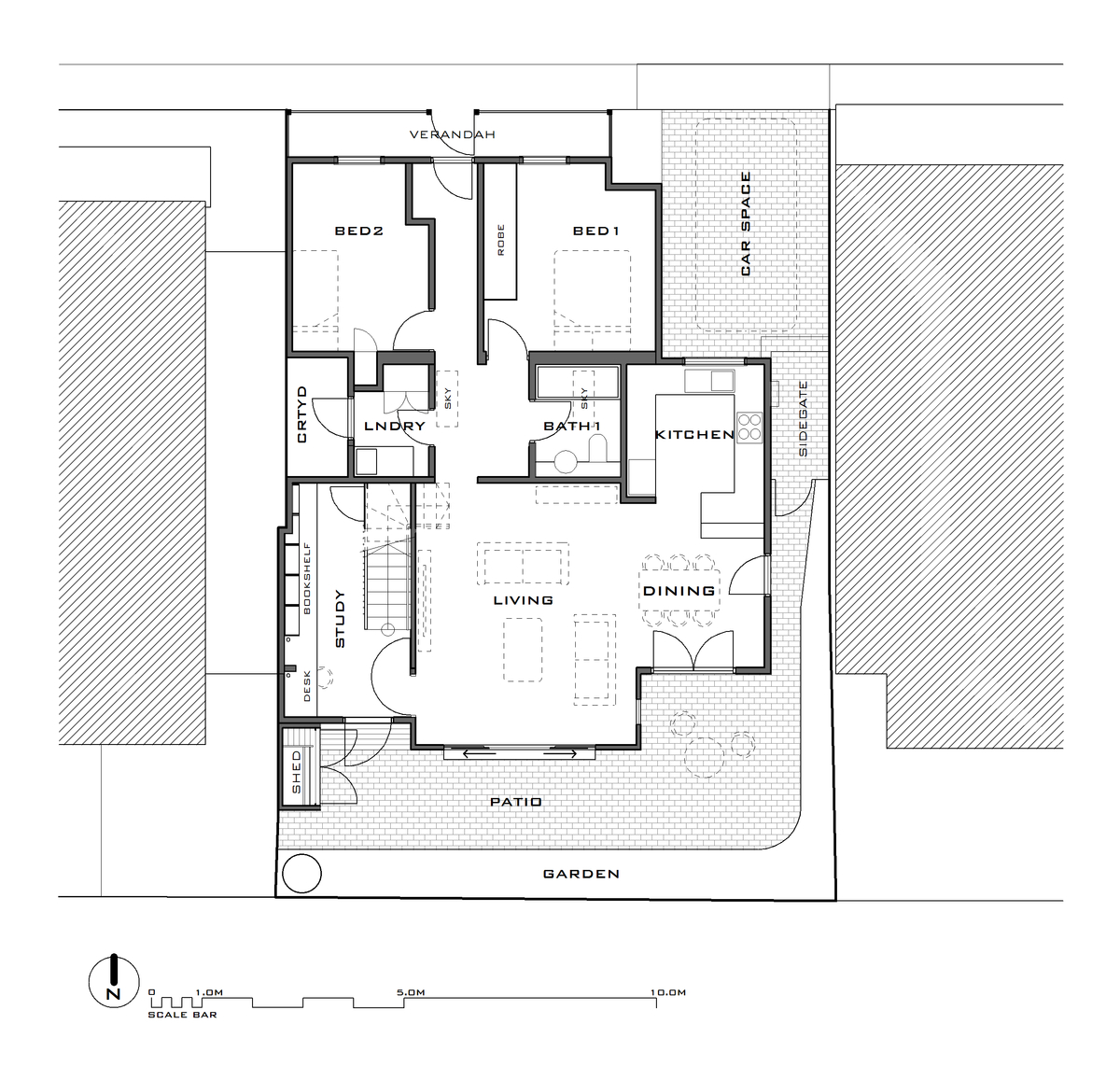 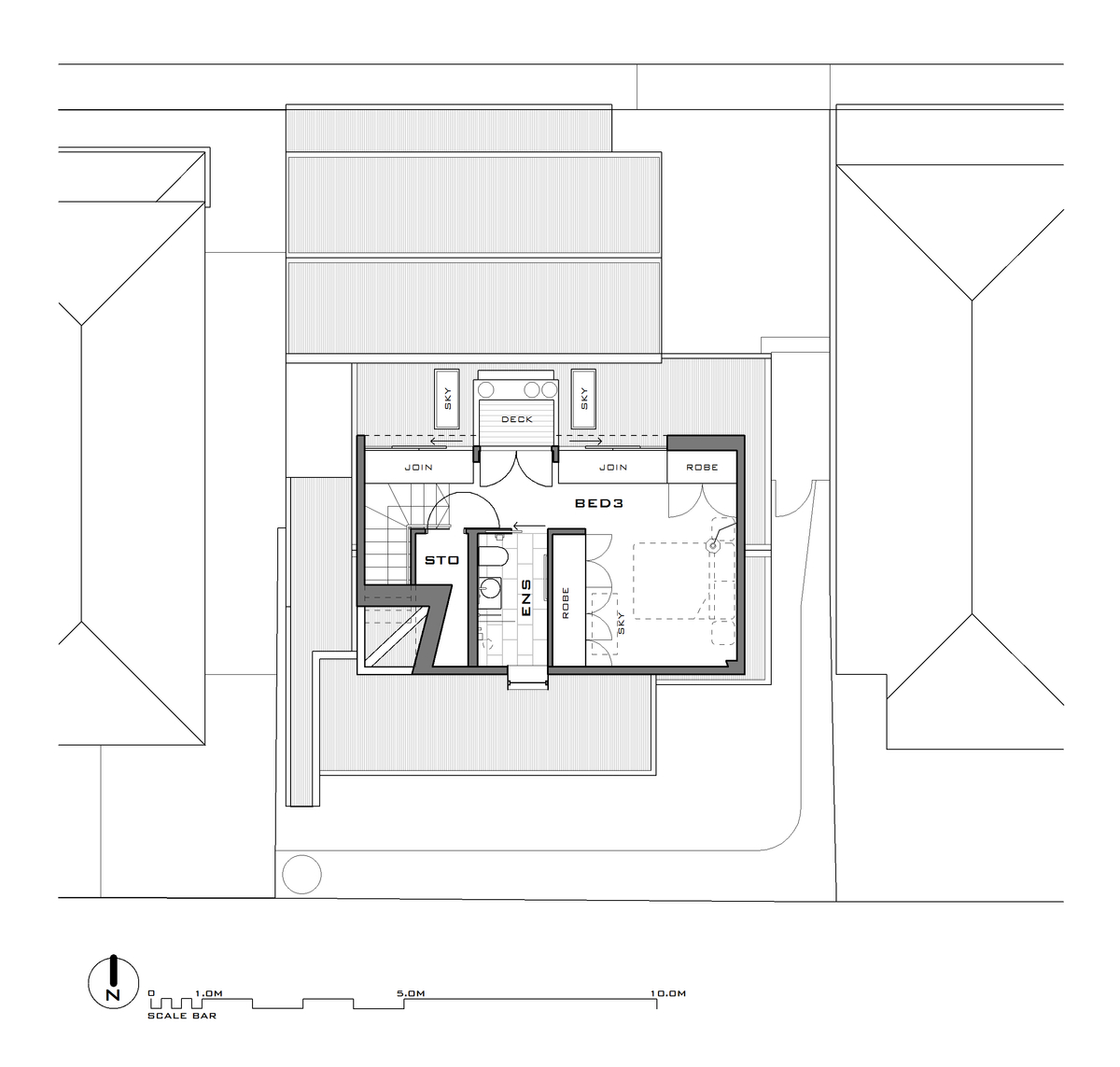 Tell us what you love about Galv Mountain House...