A Modern, Light-filled Extension to the Rear of a Heritage Home

It's a common desire of owners of heritage homes to add a modern, light-filled extension - the best of both worlds. The owners of this Leabrook home in Adelaide have achieved that goal, with a new living area bursting with light and opening effortlessly to the outdoors. 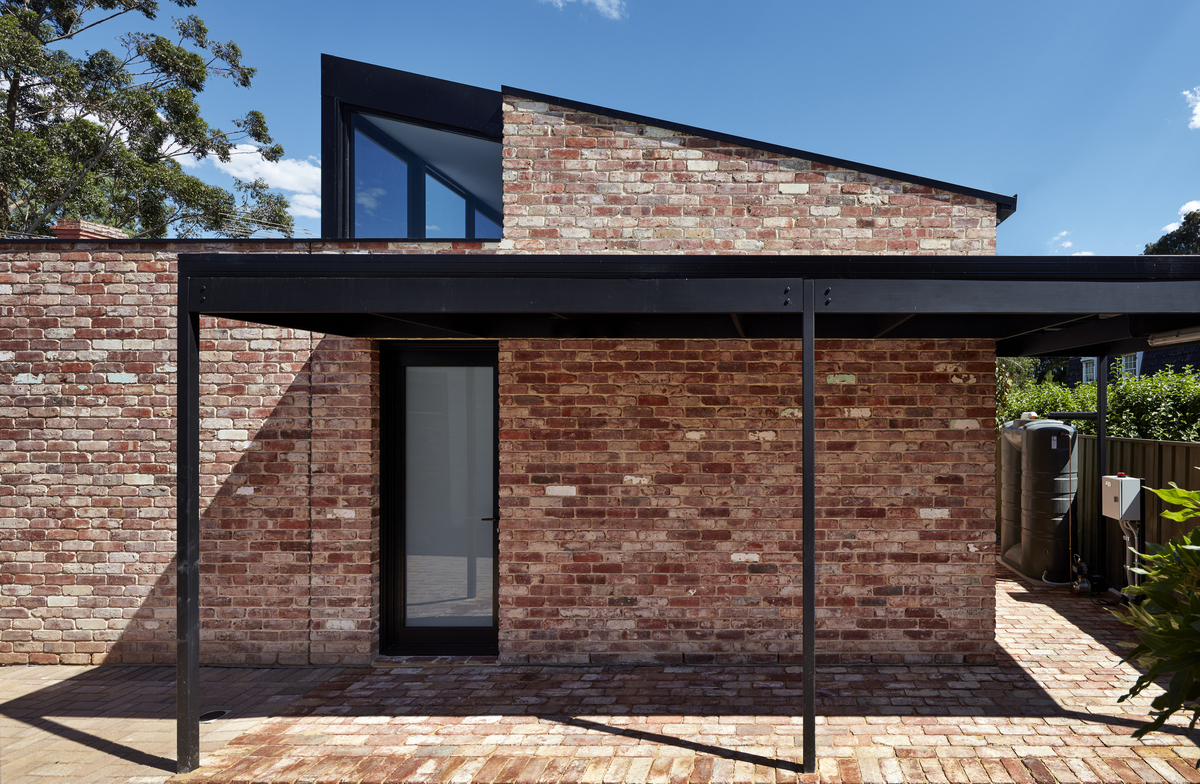 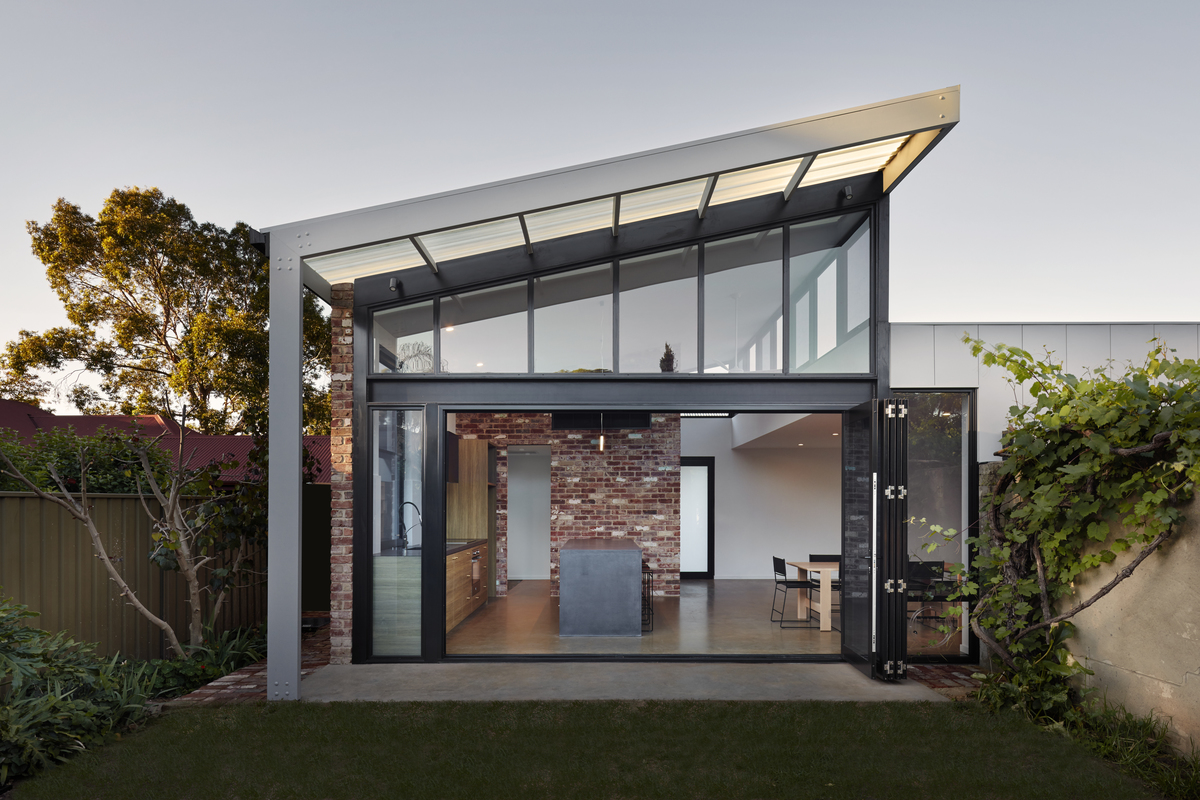 Dealing with a quaint heritage cottage, set in a narrow, leafy suburban laneway PLY Architecture designed an addition which honours the original by replicating its mass and scale. The addition is recycled brick crowned by a dramatic raked ceiling. "Careful consideration of junctions between existing and new elements has allowed for clear definition yet still creates harmony between modern and heritage aesthetics", explains PLY architecture. 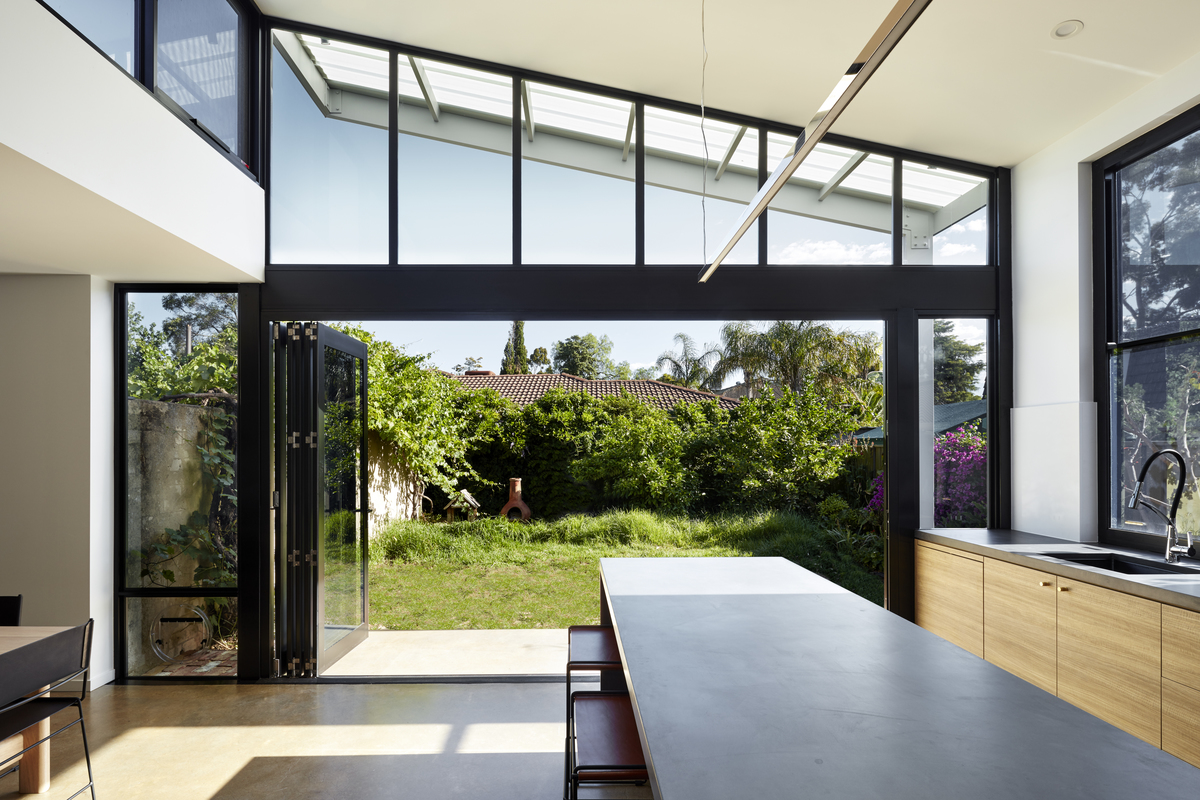 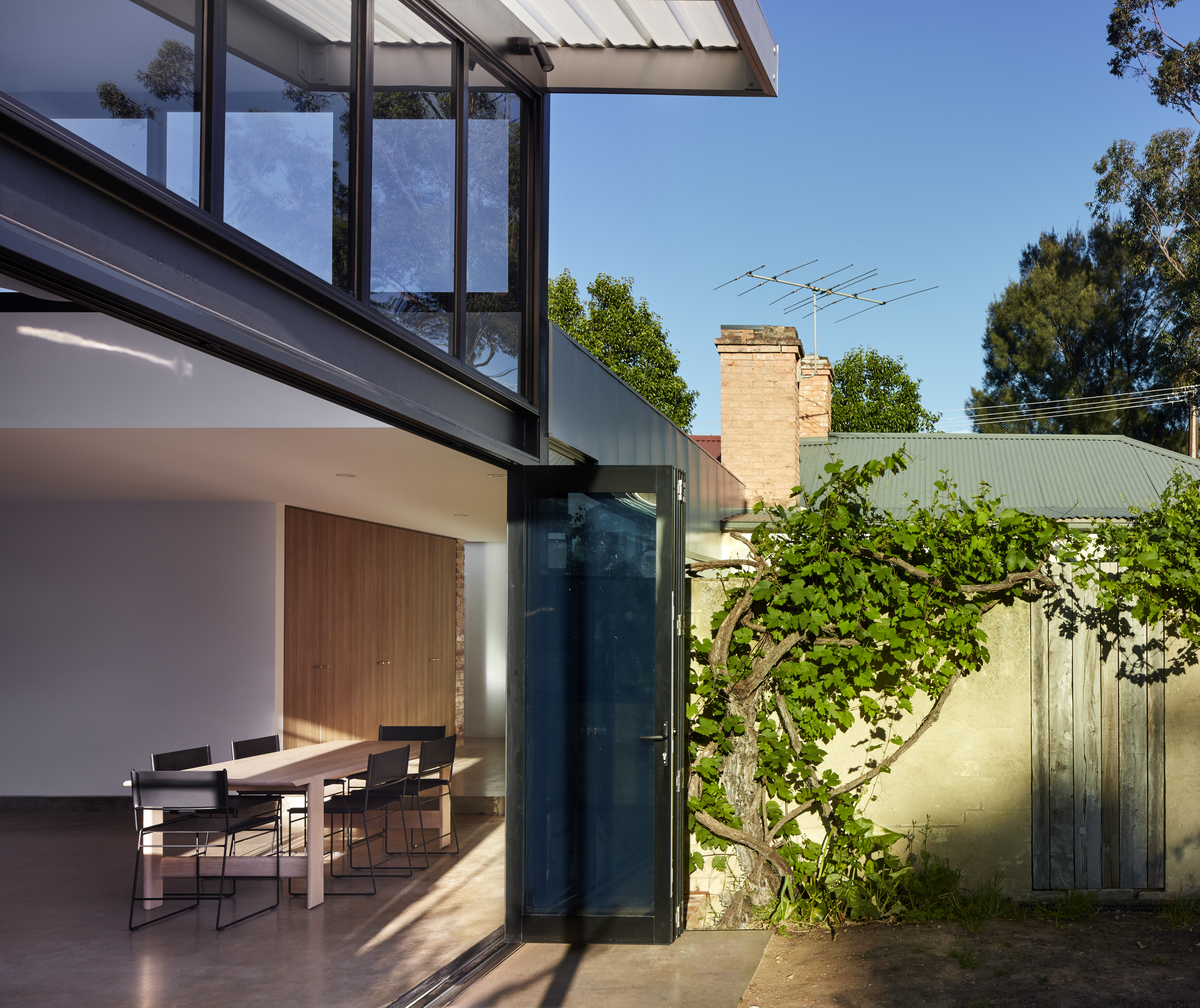 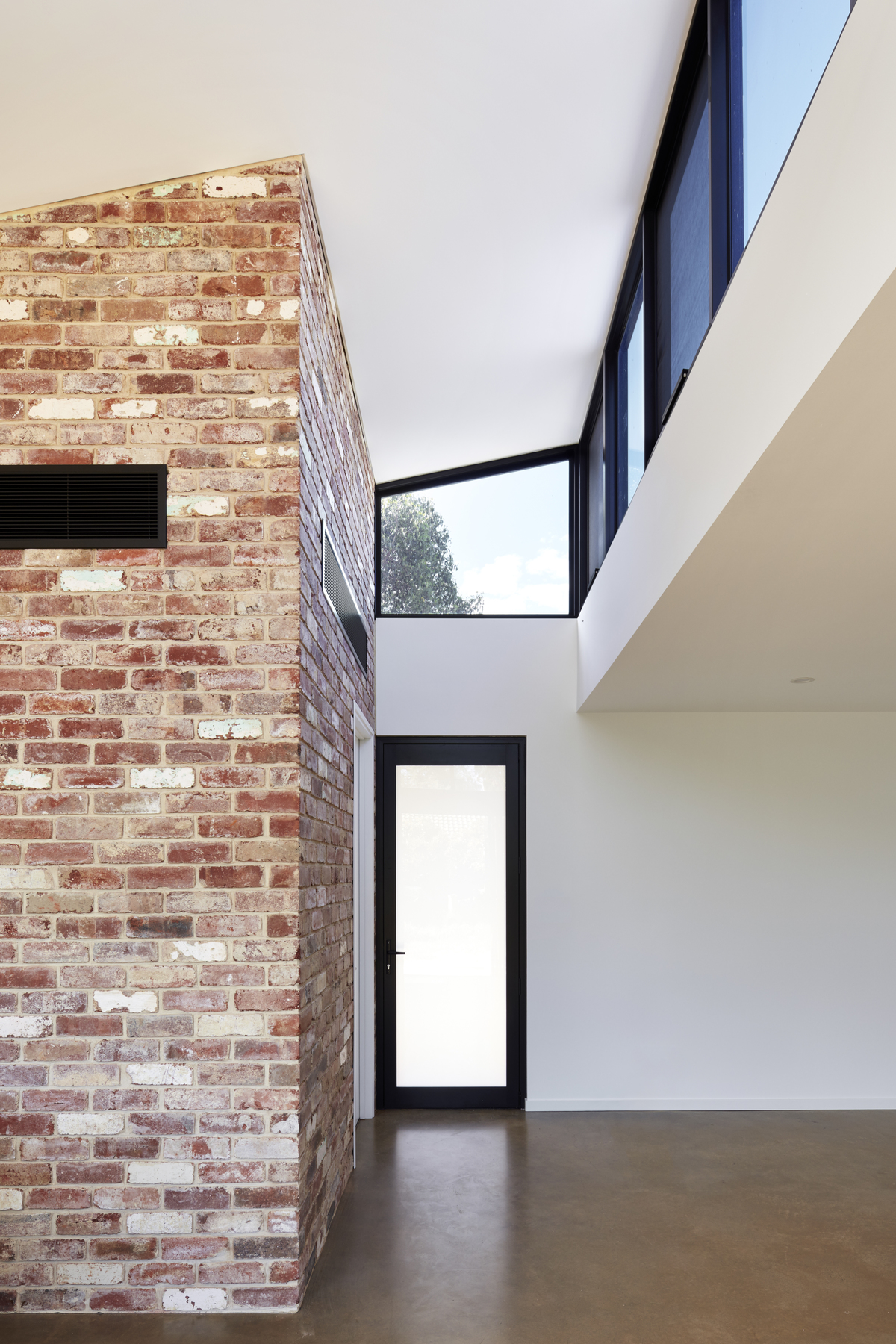 The raked ceiling grabs light from the north, east and south, filling the centre of the living area with light for the majority of the day, while a bank of bifold doors allows the living area to spill into the backyard. 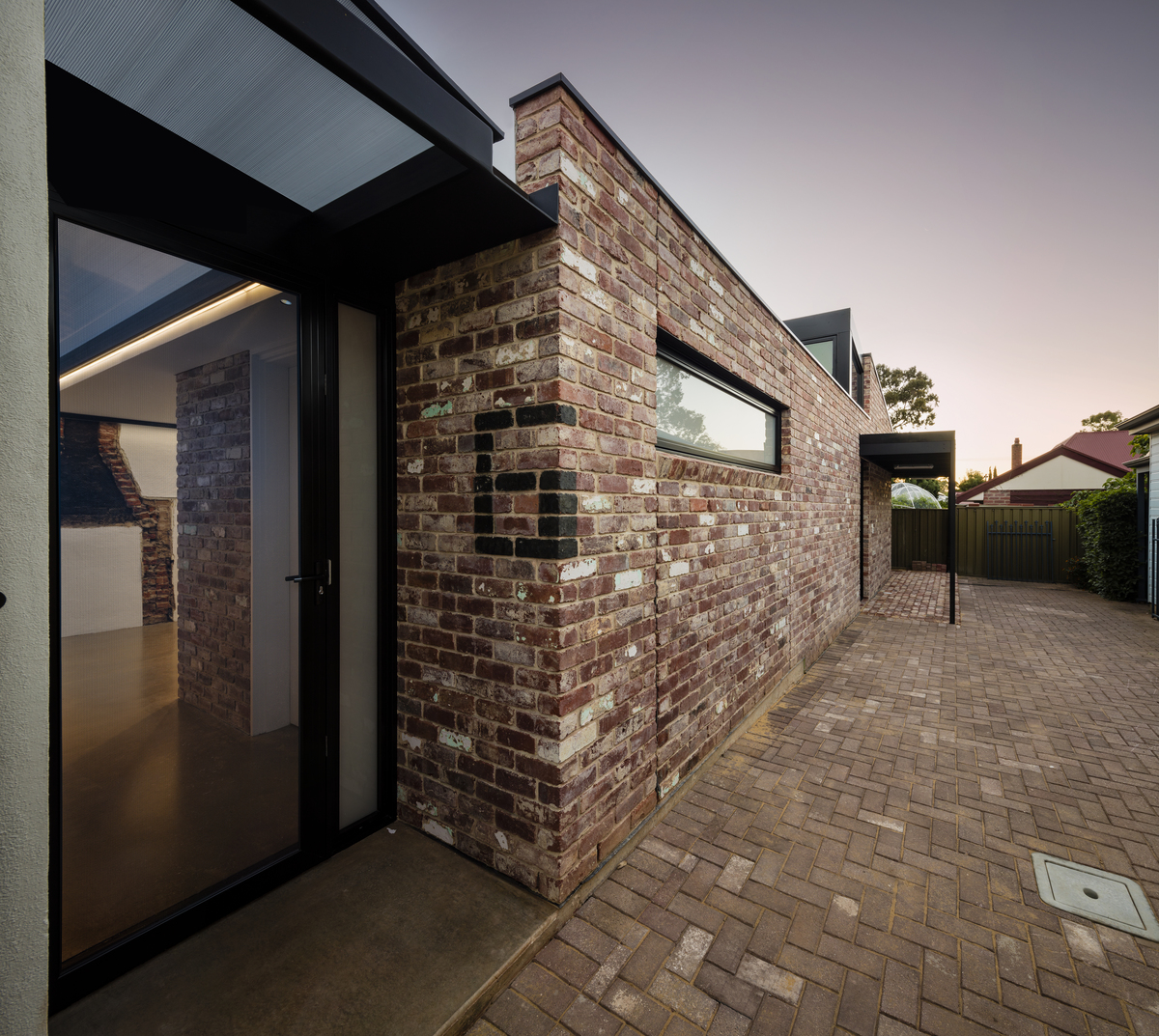 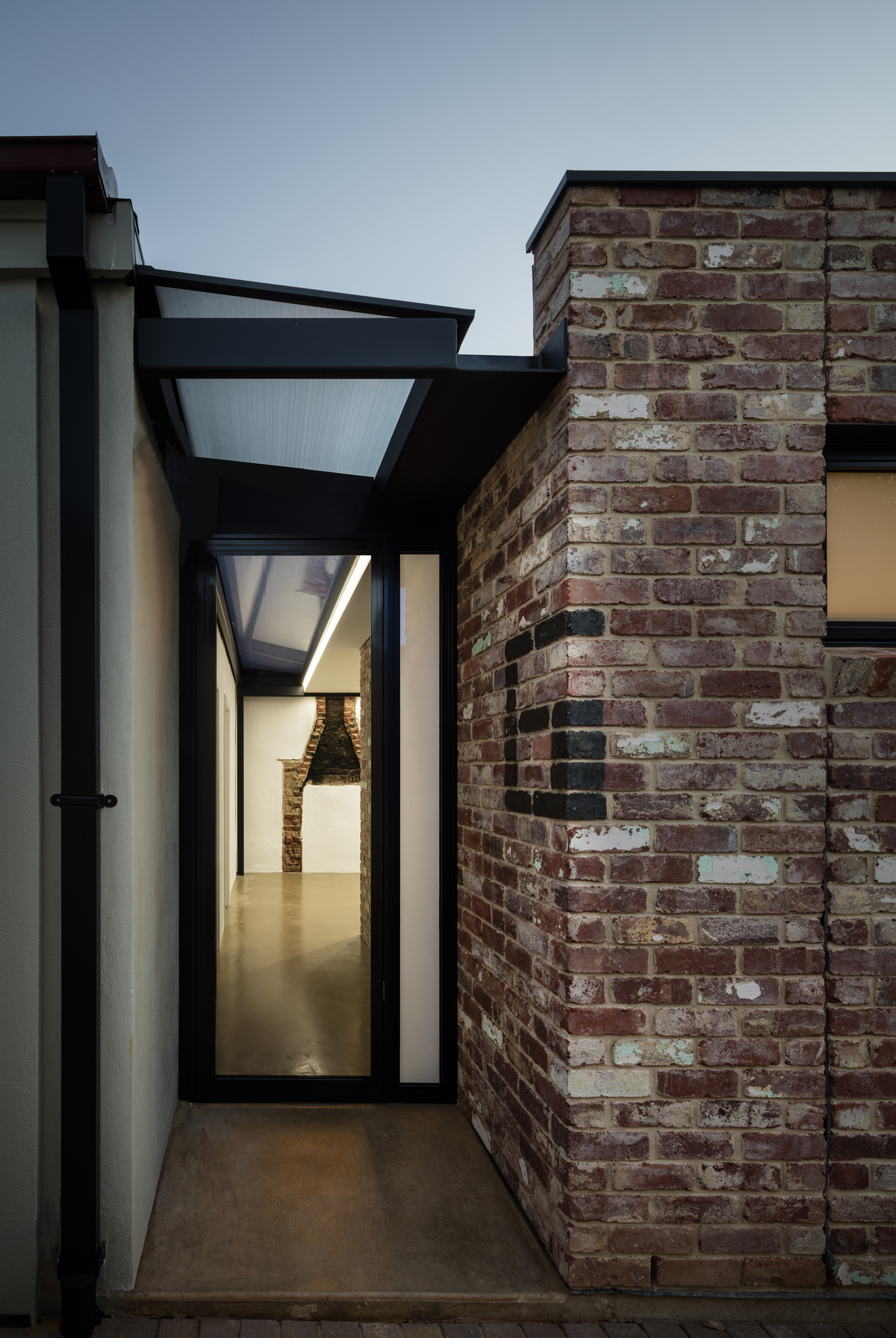 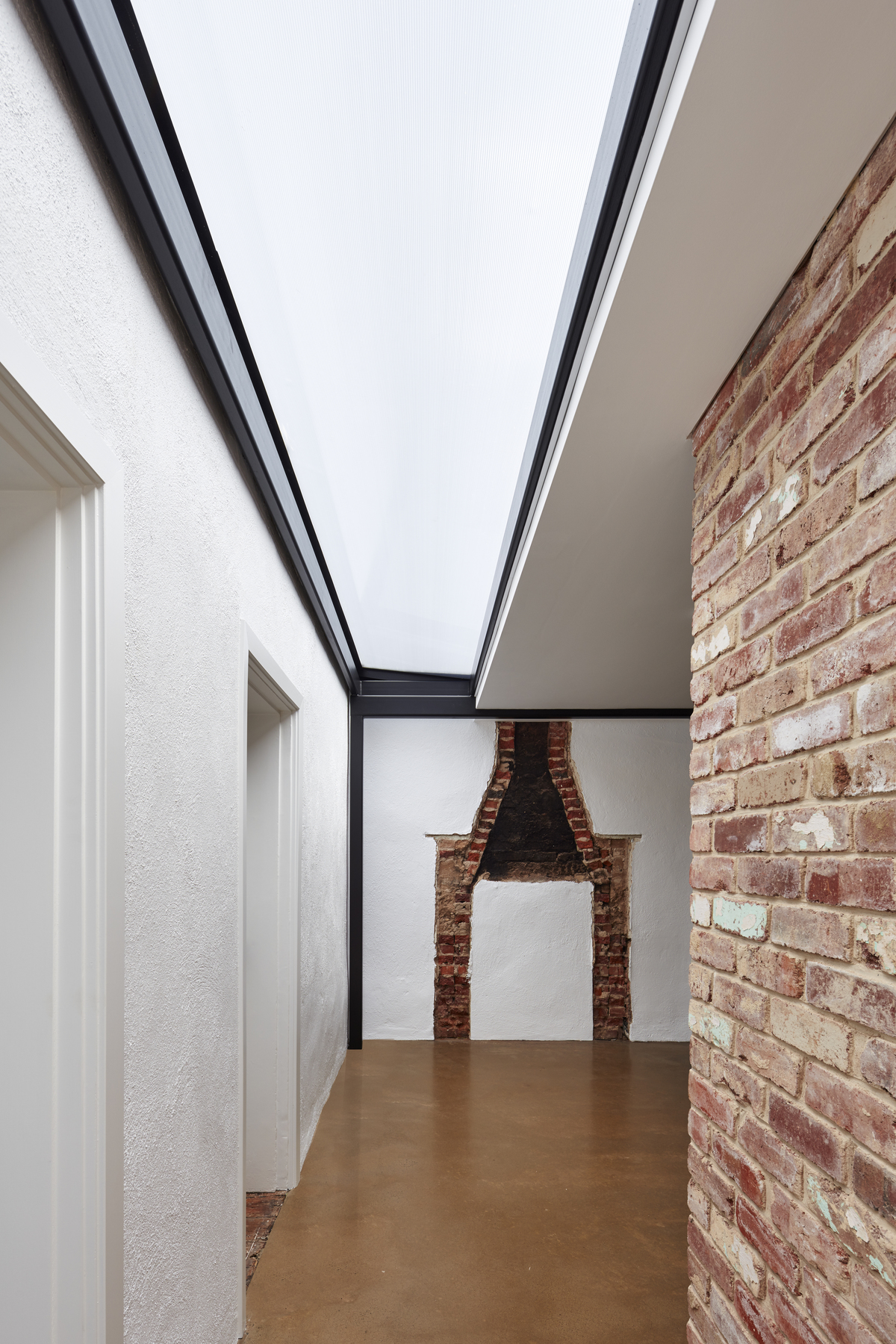 The entry is relocated to the side, marked by a '6' in brickwork and a strip of skylight draws you into the house. This is where a low, minimal link fills the void between the living area's raked ceiling and the existing home, protecting the entry, a bathroom and study. 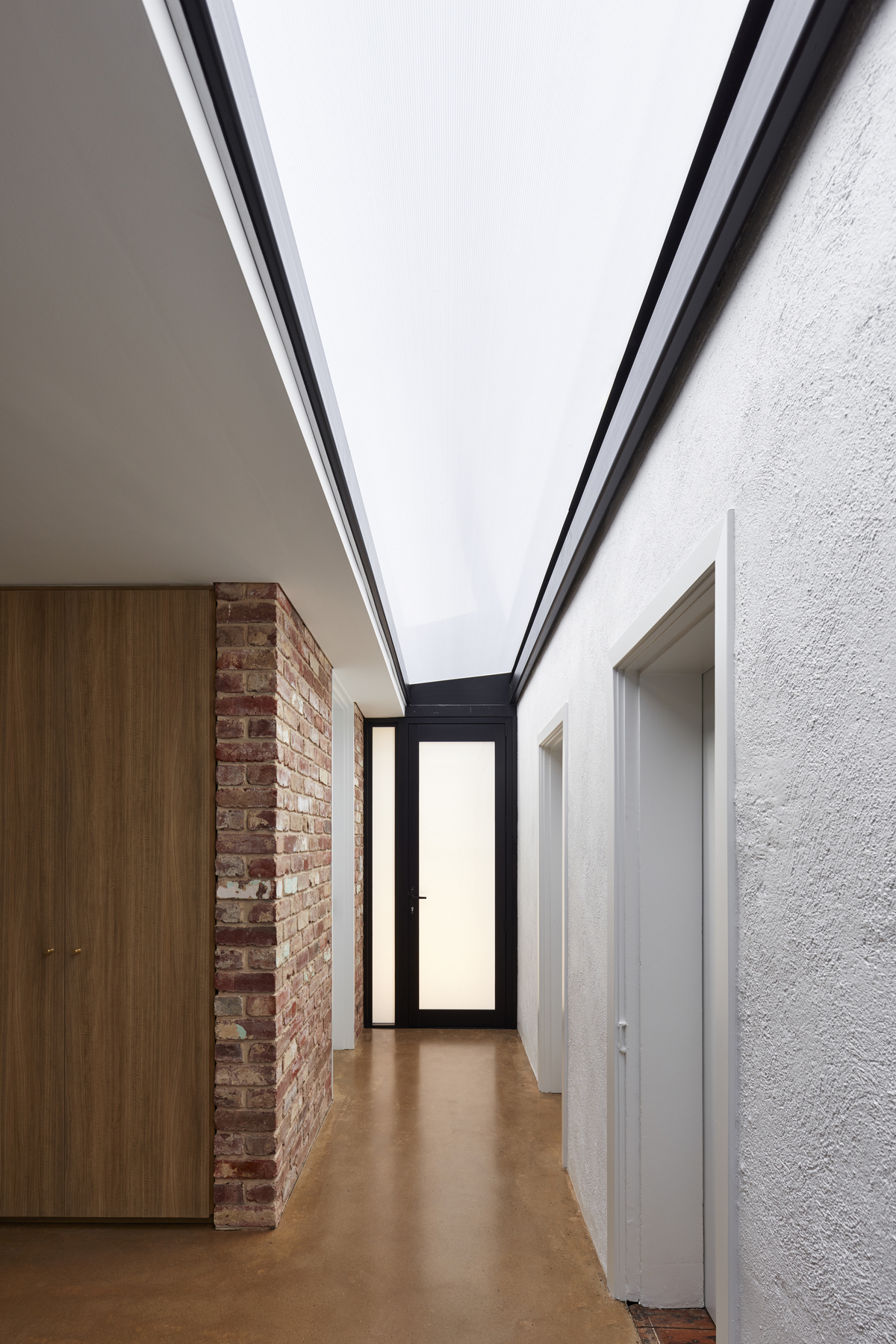 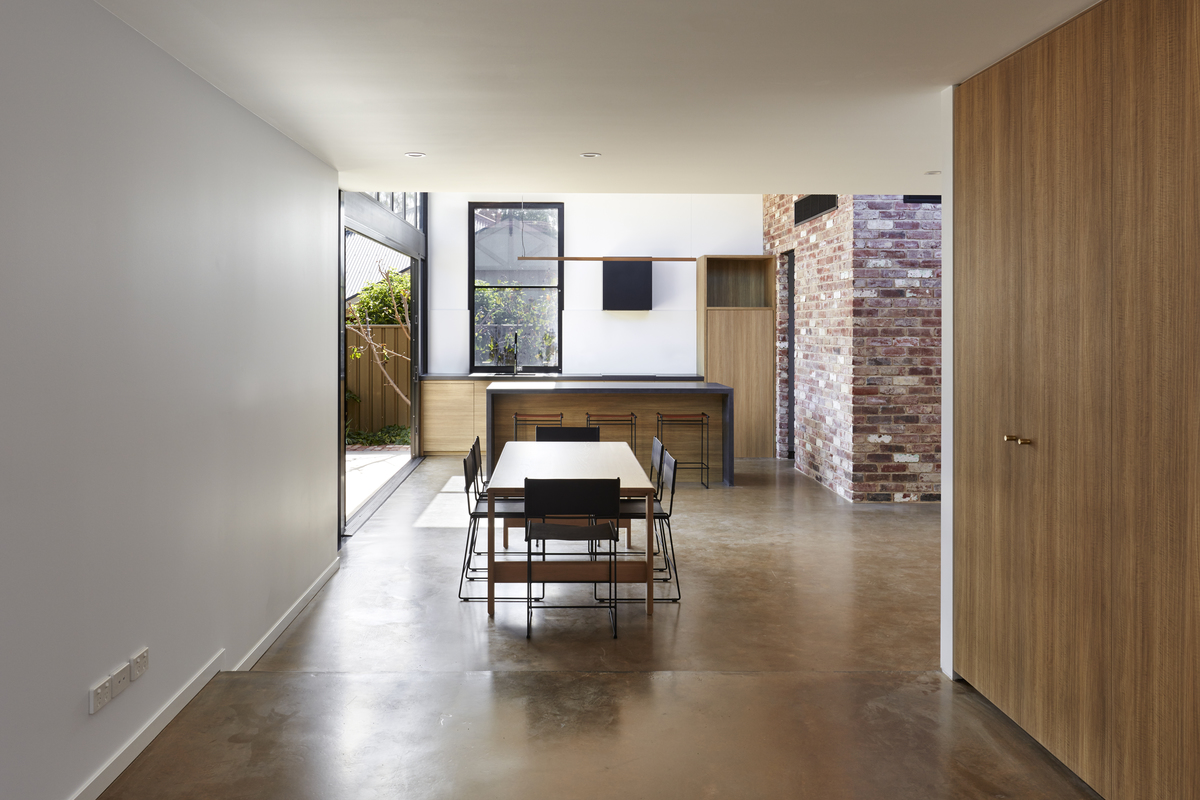 The home is not huge, just 110 square metres, but within that footprint, it manages to squeeze in a lot of living, with two bedrooms, two bathrooms a study nook and a generous open-plan living area. It goes to prove that effective planning can create plenty of living space, even on constrained sites. 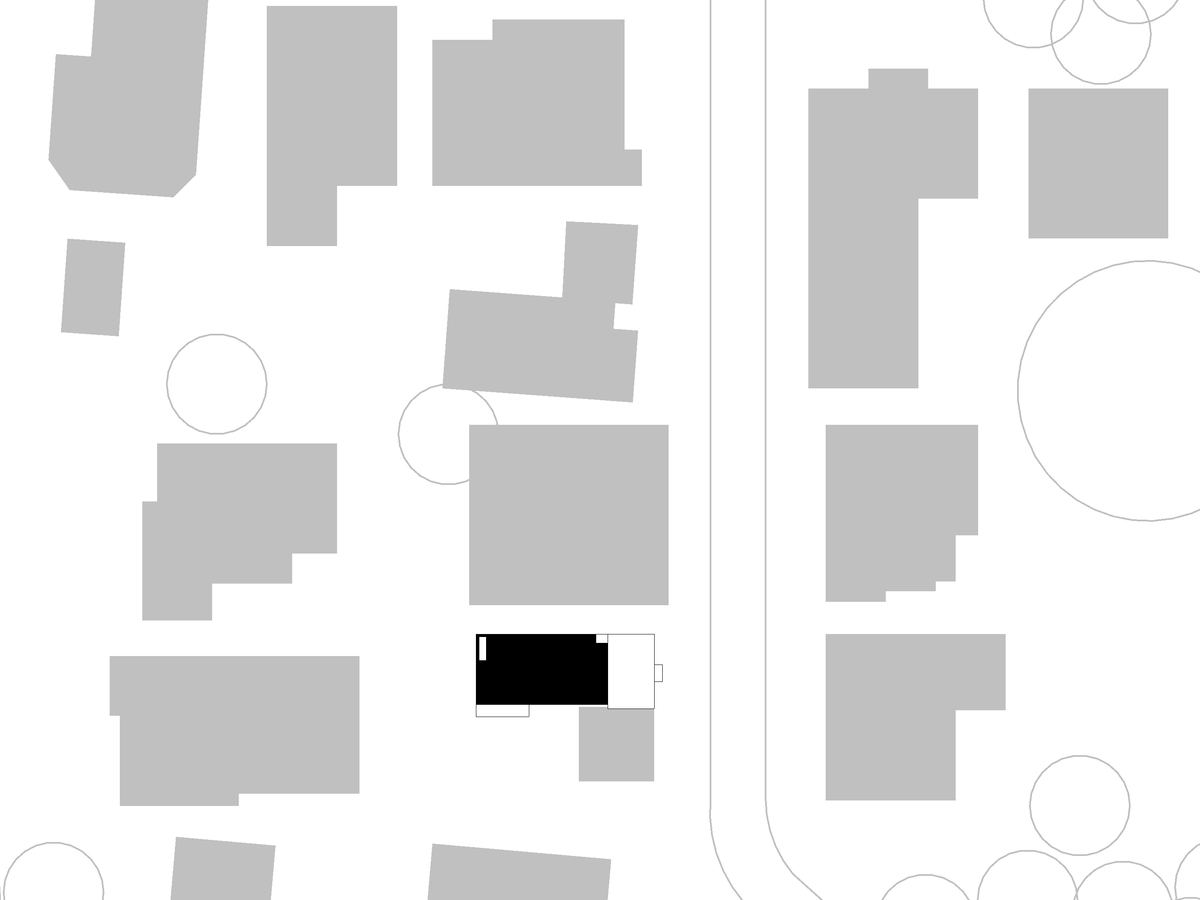 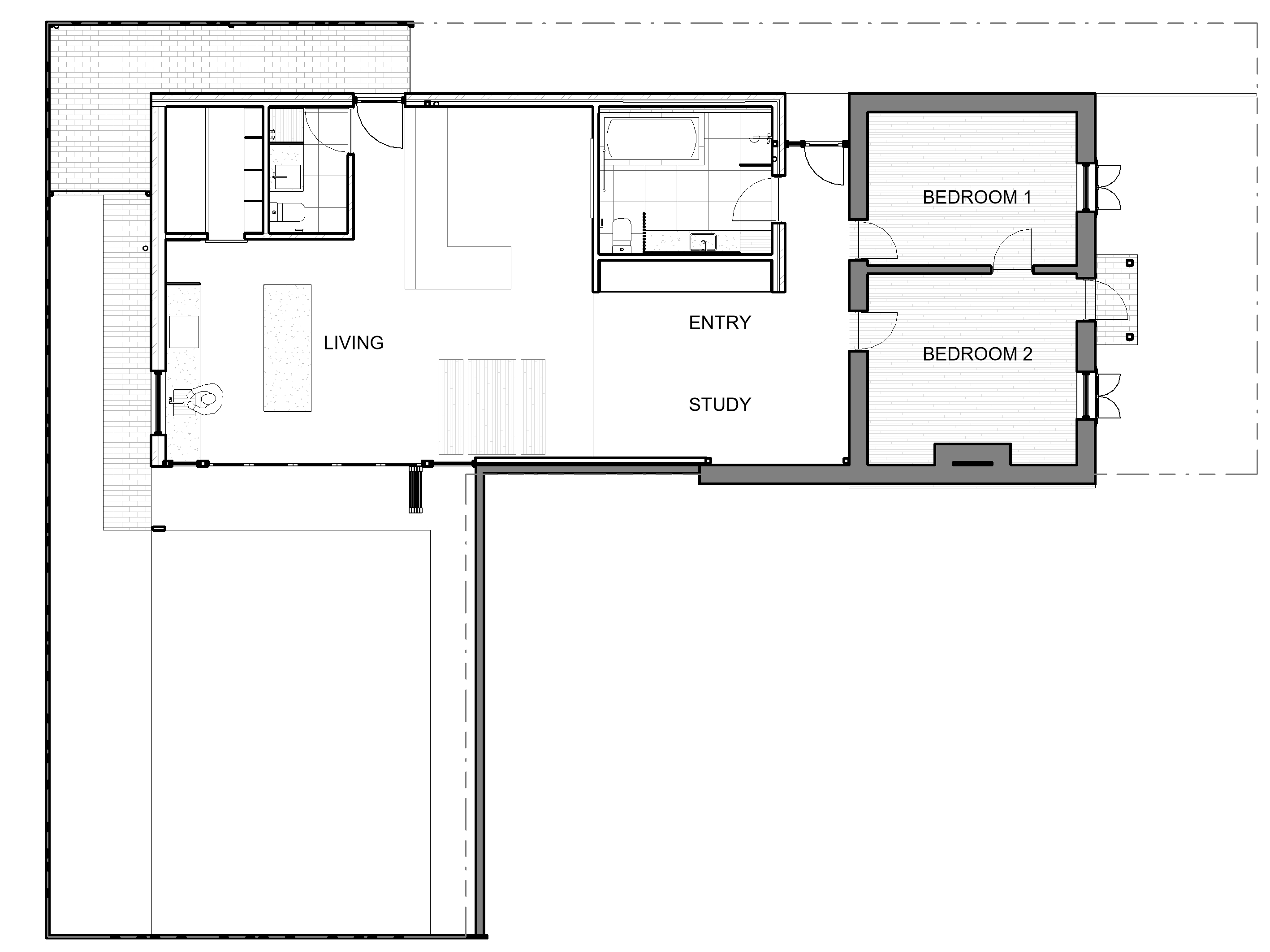 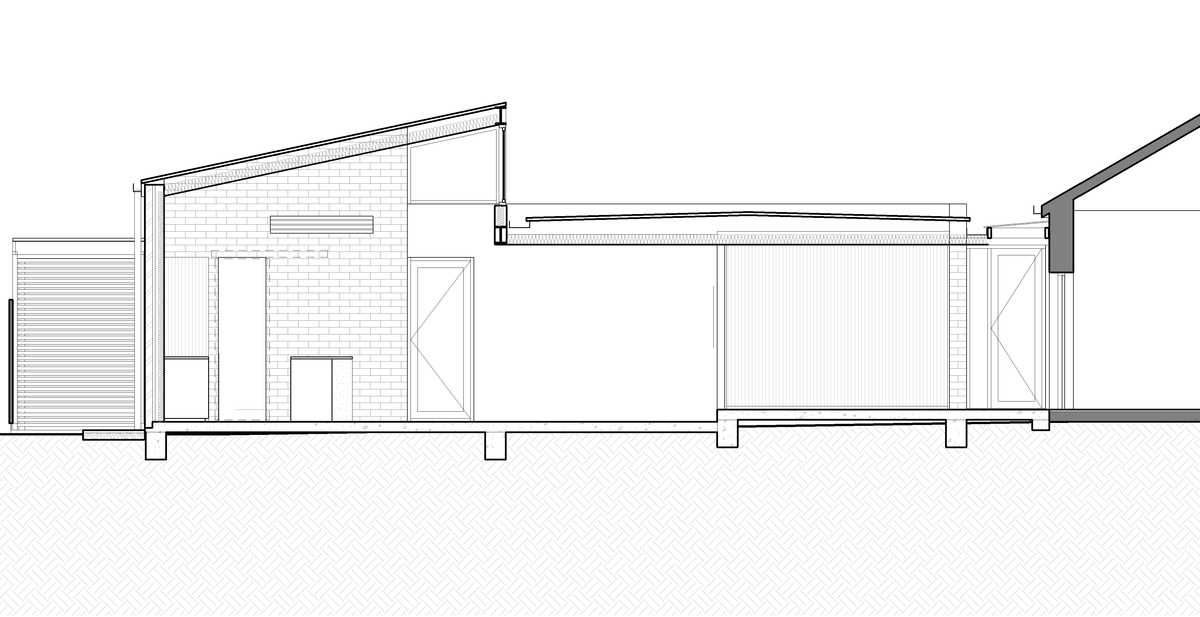