Why Move When Renovating Means You Can Achieve Everything You Want?

Moving is such a hassle. Granted, turning your home into a building site is no dream either. But working with an architect to reimagine your home the way you want and need it to function is a great opportunity to achieve exactly what you're after, it can be more cost-effective and there's no need to eat up your Saturdays at another disappointing open house ever again. 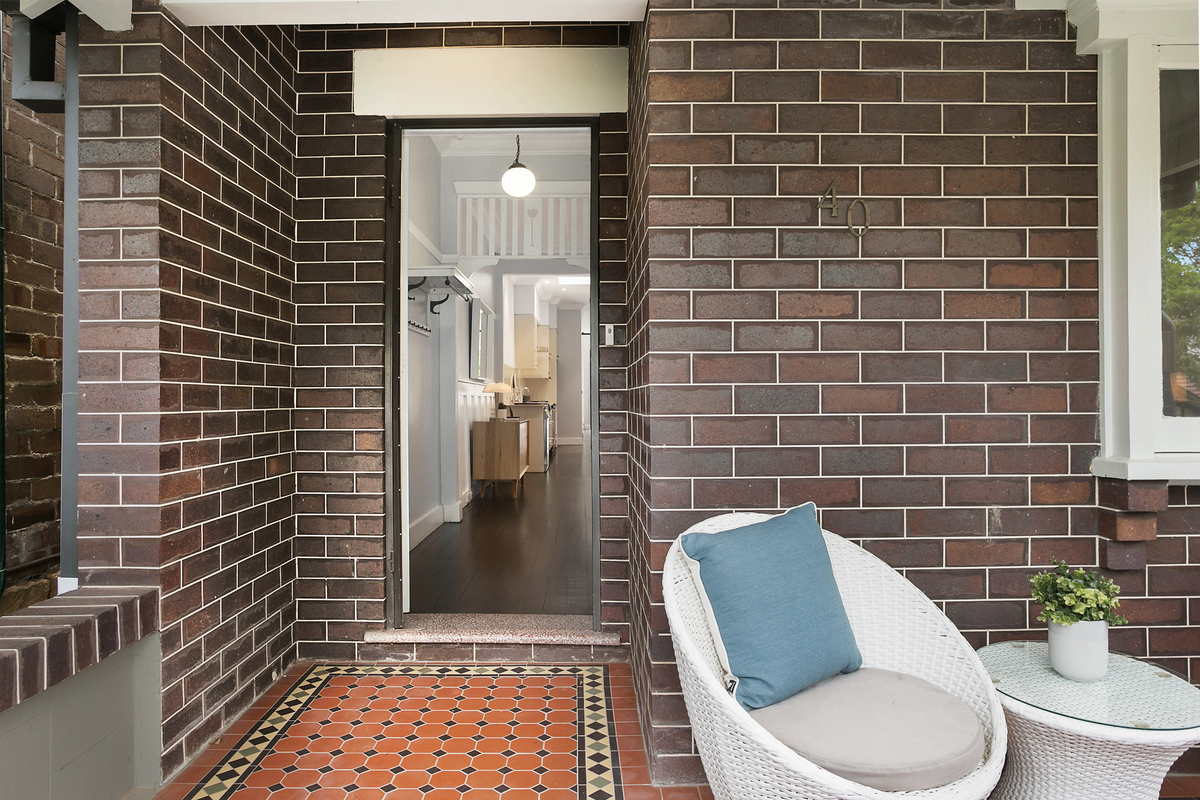 The owners of Maison de Famille, Sean and Kellie are a young couple of environmental scientists. This was their first time working with an architect. A series of previous additions had left their home feeling dark and disconnected from the backyard. Plus, the home already used the entire allowable site coverage, so the only way to find additional space was to go up. So they called in the experts and asked Sandbox Studio to help them turn their two and a bit bedroom 1920s bungalow into a light-filled four-bedroom home. 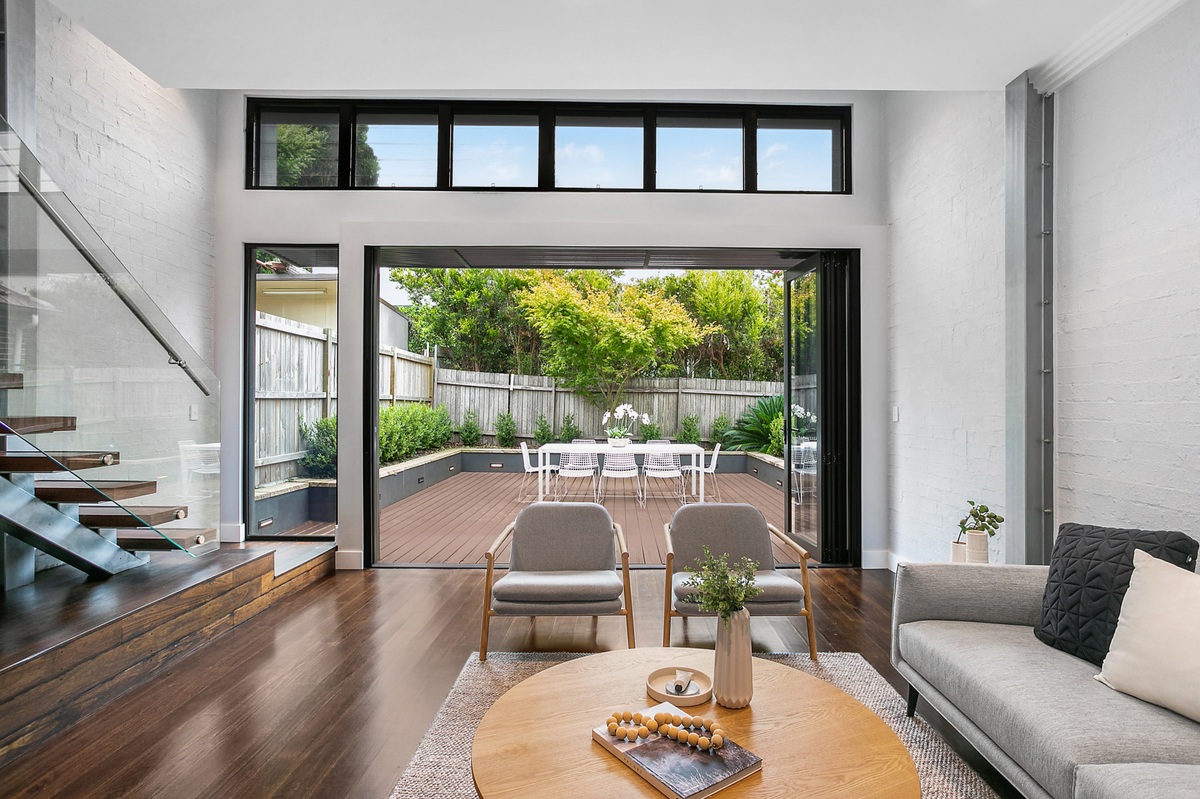 Being creative on a budget is something that Sandbox Studio architects Luke Carter and Dain McClure-Thomas relish, as it aligns with their ethos of sustainability. 'The idea for this project was to be smart and keep as much of the existing building intact to save money. We kept and refinished the floorboards, and existing internal brick walls were left exposed or repainted,' explains Luke. By removing the lean-to laundry from the rear of the home, they were able to integrate that space as a new living room connected to the courtyard. 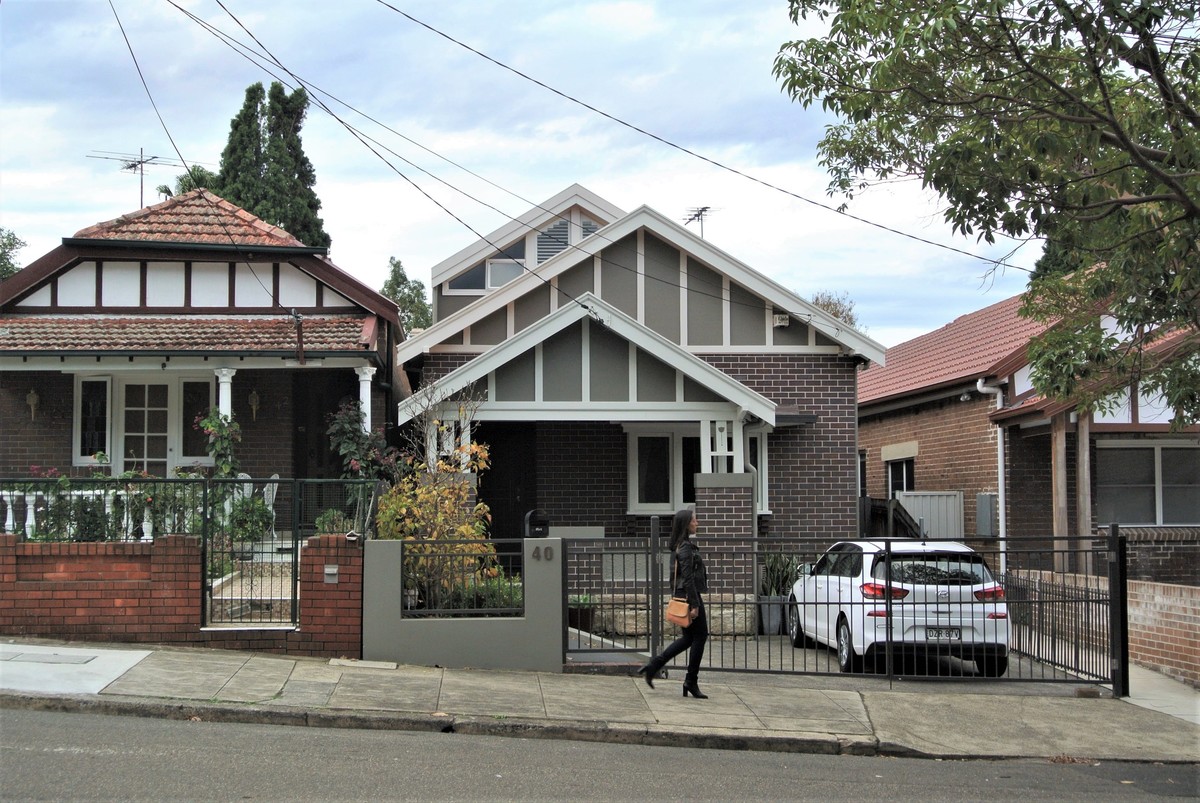 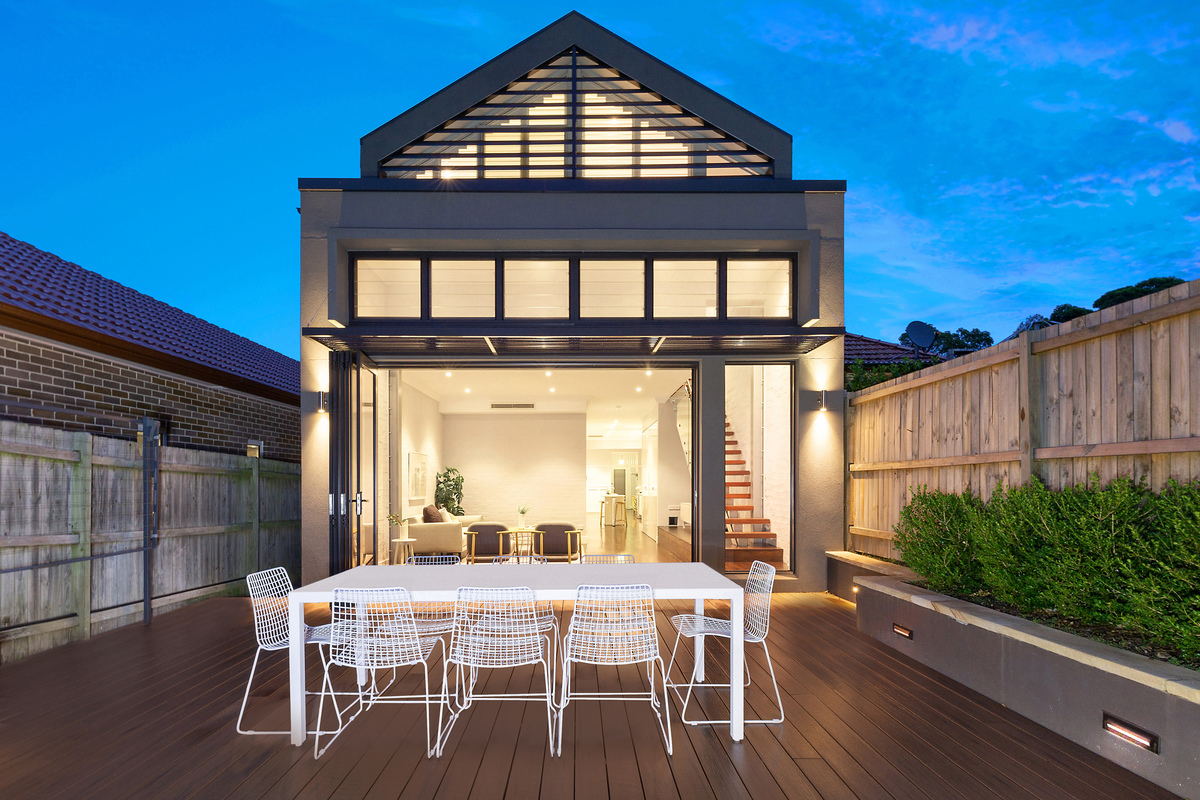 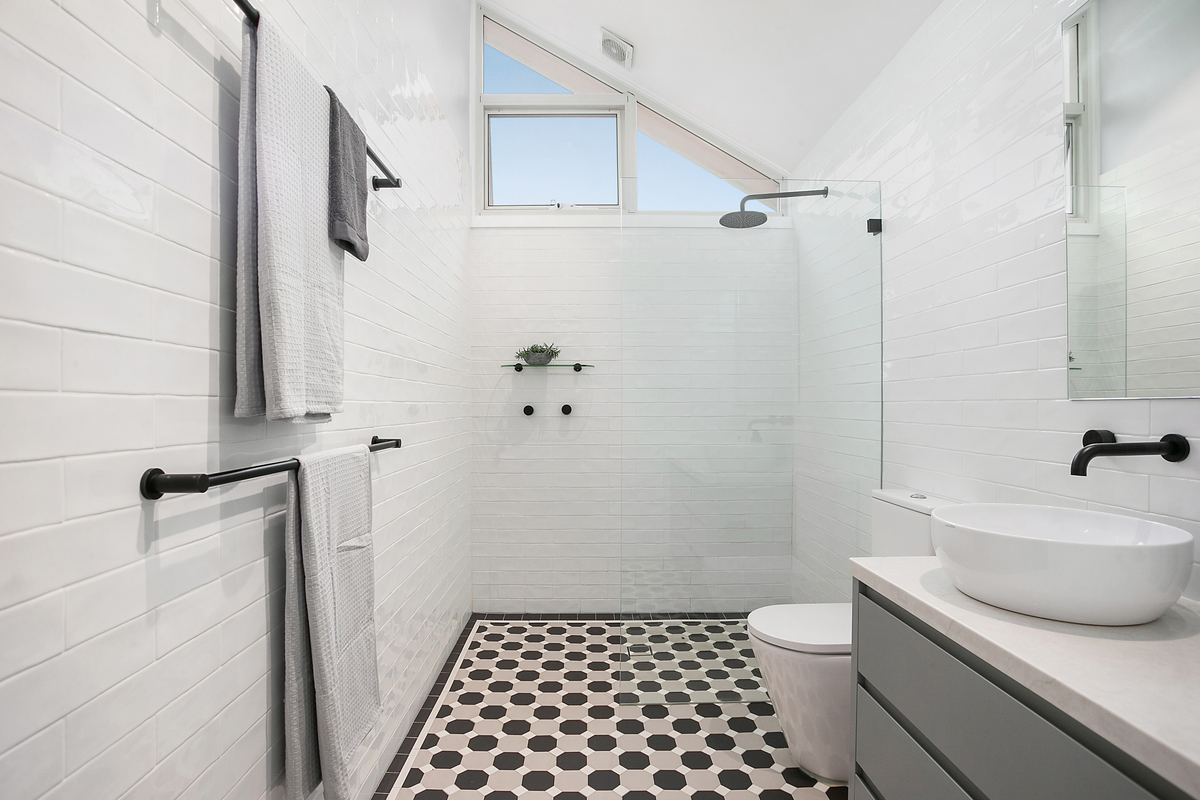 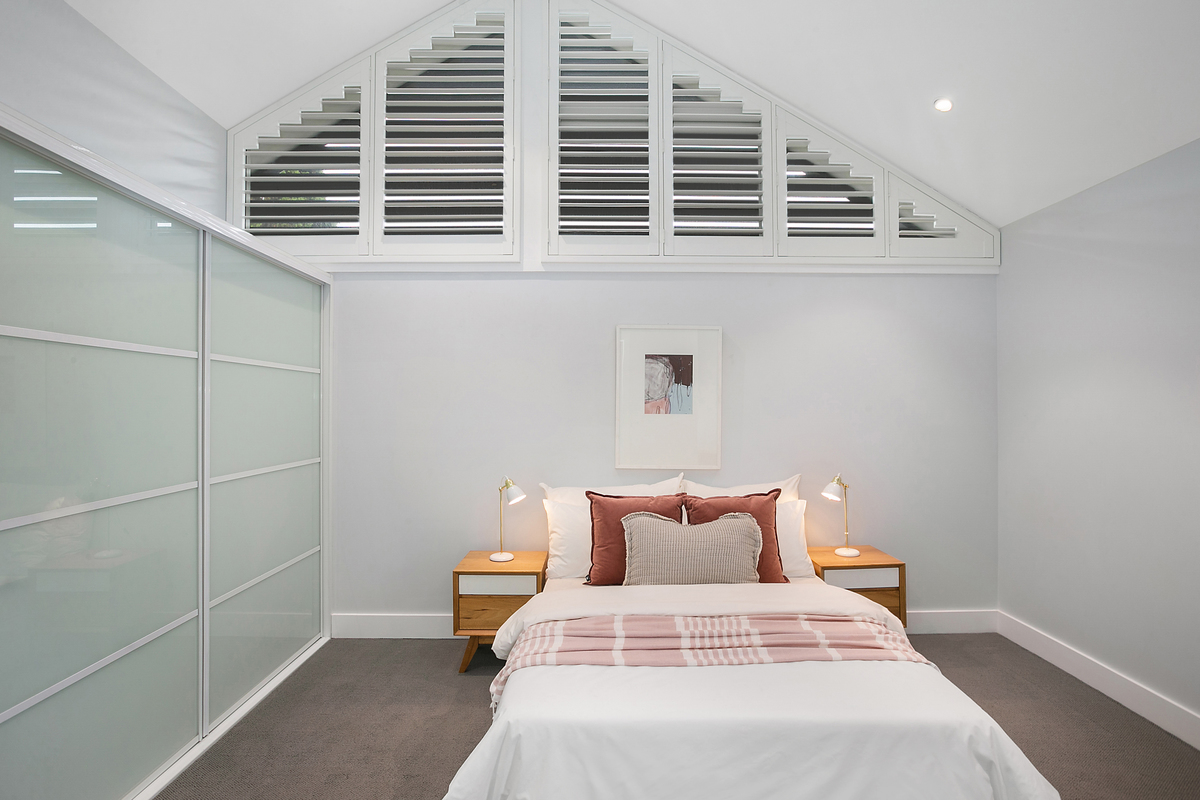 A new addition was added upstairs with a gable roof matching the original roofline so it blends in with the original home from the street. The windows were even designed to match the detailing on the original gables to feel as harmonious as possible. Two bedrooms and a bathroom are tucked into this upstairs addition. A clever move was to leave a space between the upstairs rooms and the wall to create a void above the living area. This brings in extra light to the living spaces and creates an unexpected spatial quality; a touch of drama. 'It's a small touch but it adds unexpected volume and light. Even with a low budget, there are things you can do to make a space interesting,' says Luke. 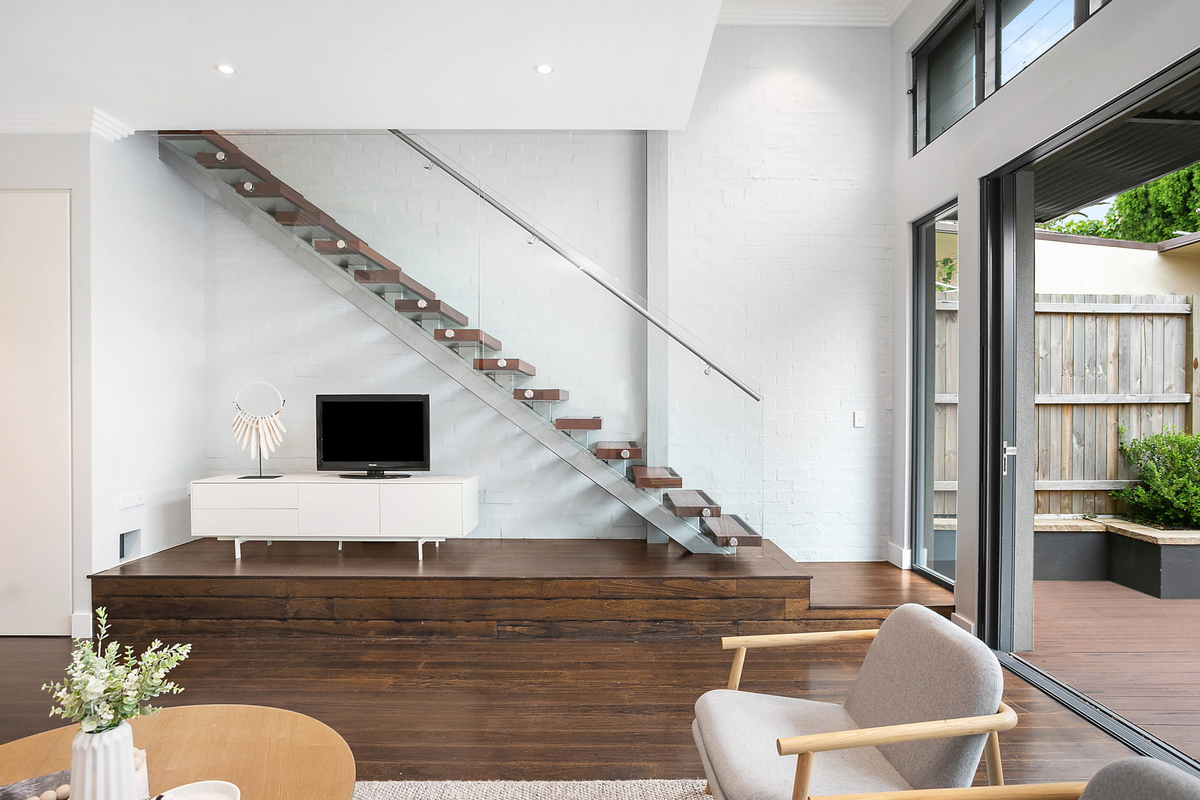 The drama (and in this case, drama is a good thing) continues with an open-tread staircase made with recycled timber and elevated on a timber plinth which creates a nook for the TV. "The intention was to create a built-in joinery piece that turned into the stairs at the end. That changed for budget reasons, leaving the staircase more open, but it’s still possible to add that joinery later if budget permits,’ explains Dain. 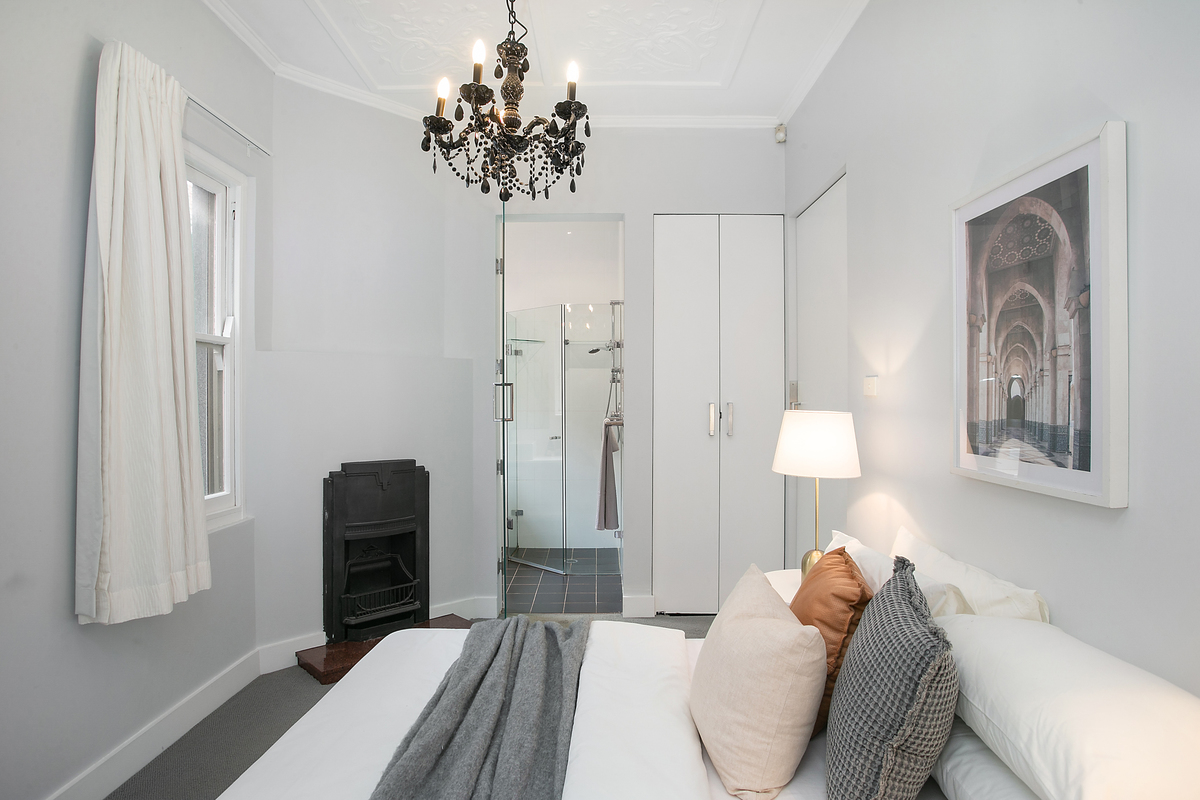 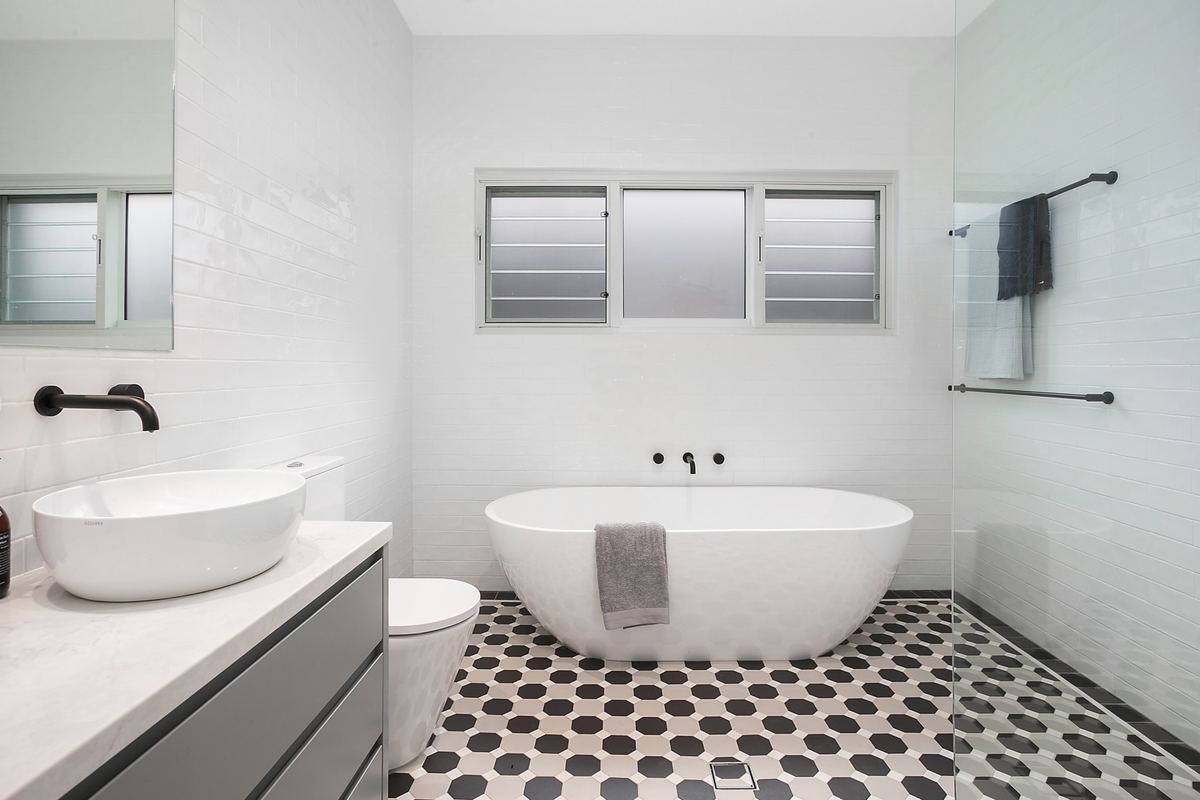 The existing bathroom downstairs was given a facelift to match the striking black and white scheme in the upstairs bathroom. The tile pattern hints at the history of the home. Other rooms of the original home were given a lift, refreshed and repainted, while the existing galley kitchen was in perfectly good order, so it was retained as a budget-saving and sustainable measure. 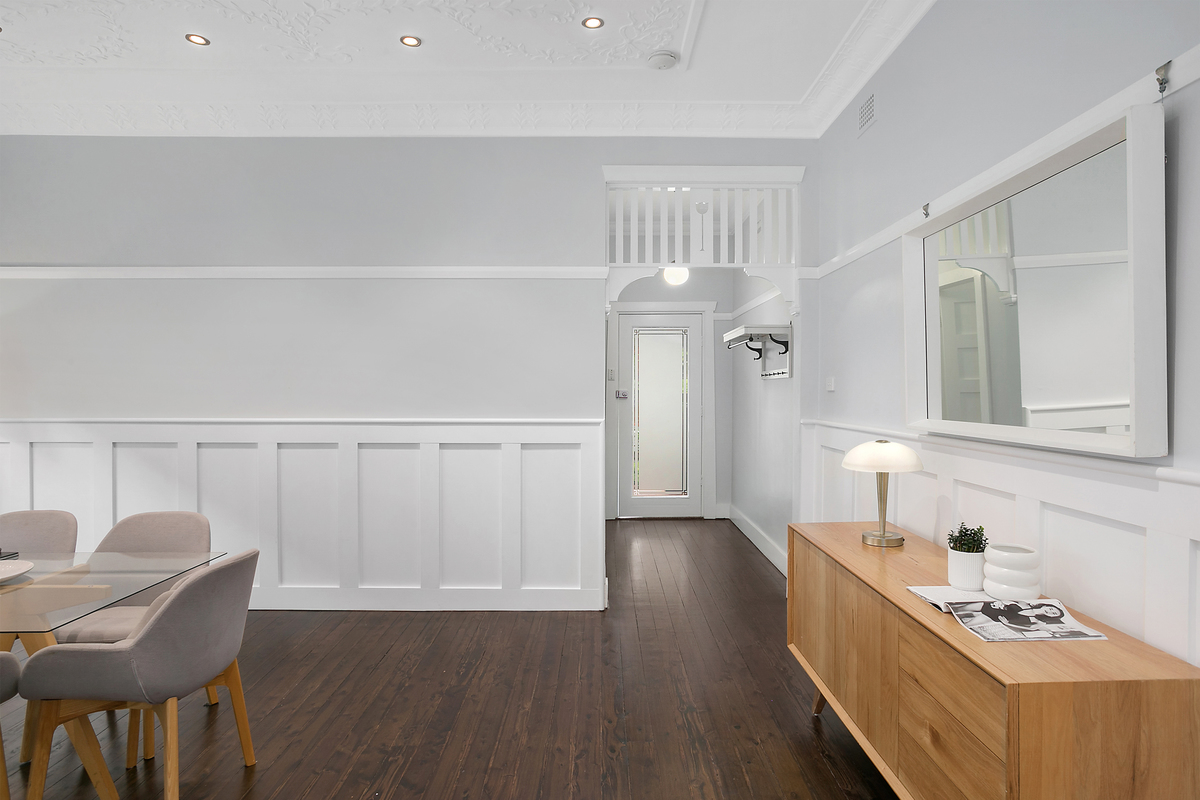 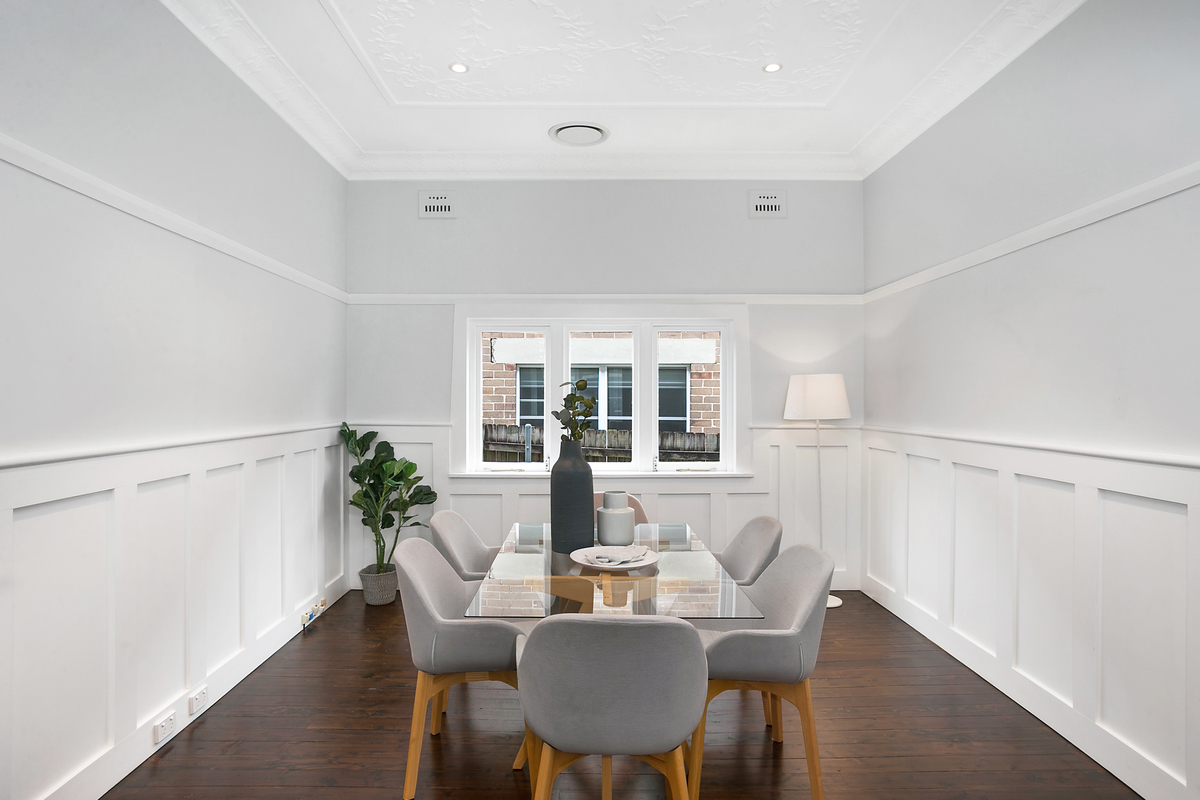 Sean and Kellie's first experience with an architect was a positive one, adding value beyond their expectations. 'The biggest improvement was the new living area including the suspended first-floor void which allowed a complete flow from inside to out with bi-fold doors. The internal laundry was also very well thought out. But our favourite element is the recycled timber staircase.'

Tell us what you love about Maison de Famille...