New England-style Home Needed an Addition to Complement Not Copy

The original New England-style home, with its high-pitched slate roof, dormer windows and red clinker brickwork had oodles of character which the owners wanted to retain, but they also wanted a modern living space and main bedroom suite opening onto the garden. The challenge of balancing the two to create a cohesive and functional home was left up to Chan Architecture. This is what they did... 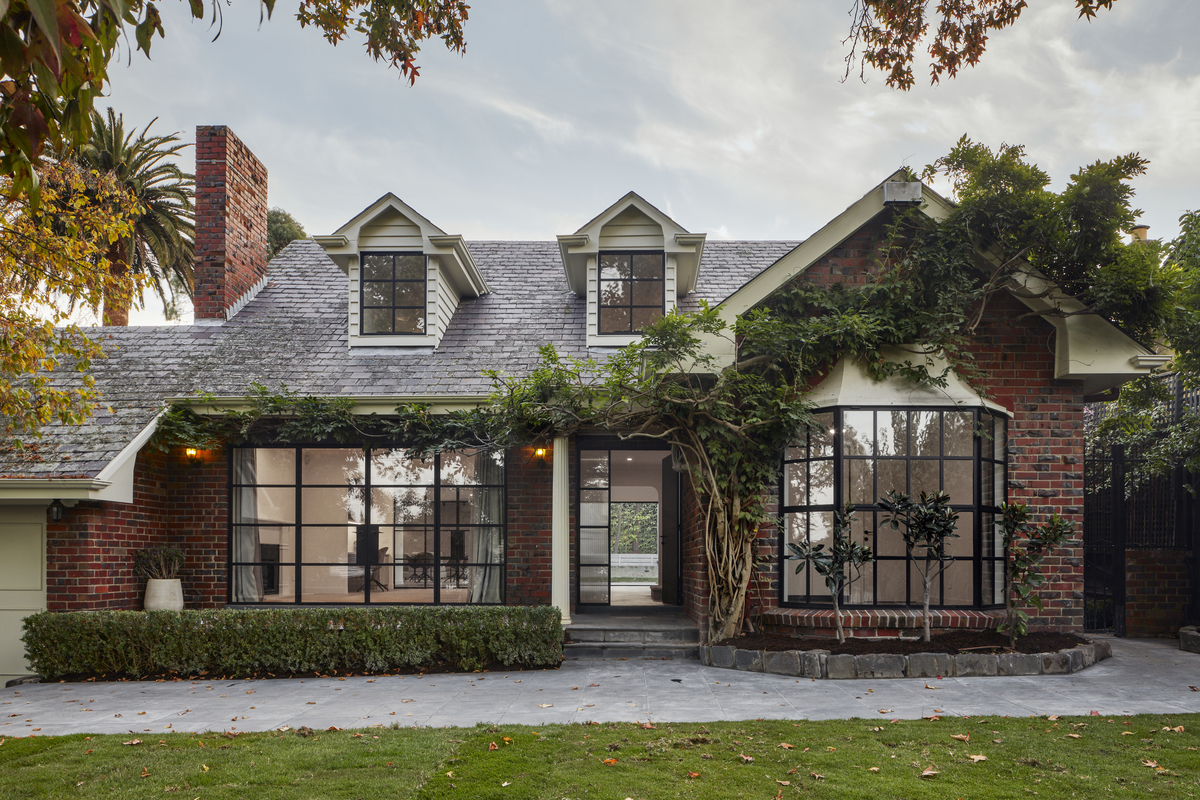 "The brief was to renovate and repurpose the existing rooms and façade and to add a new open-planned kitchen/dining/living room and master bedroom at the rear as well as create a better connection to the backyard", explains the architect. Conscious of respecting the original home without replicating it, the architect developed a minimal design that rests gently against the original home, balancing and complementing it. 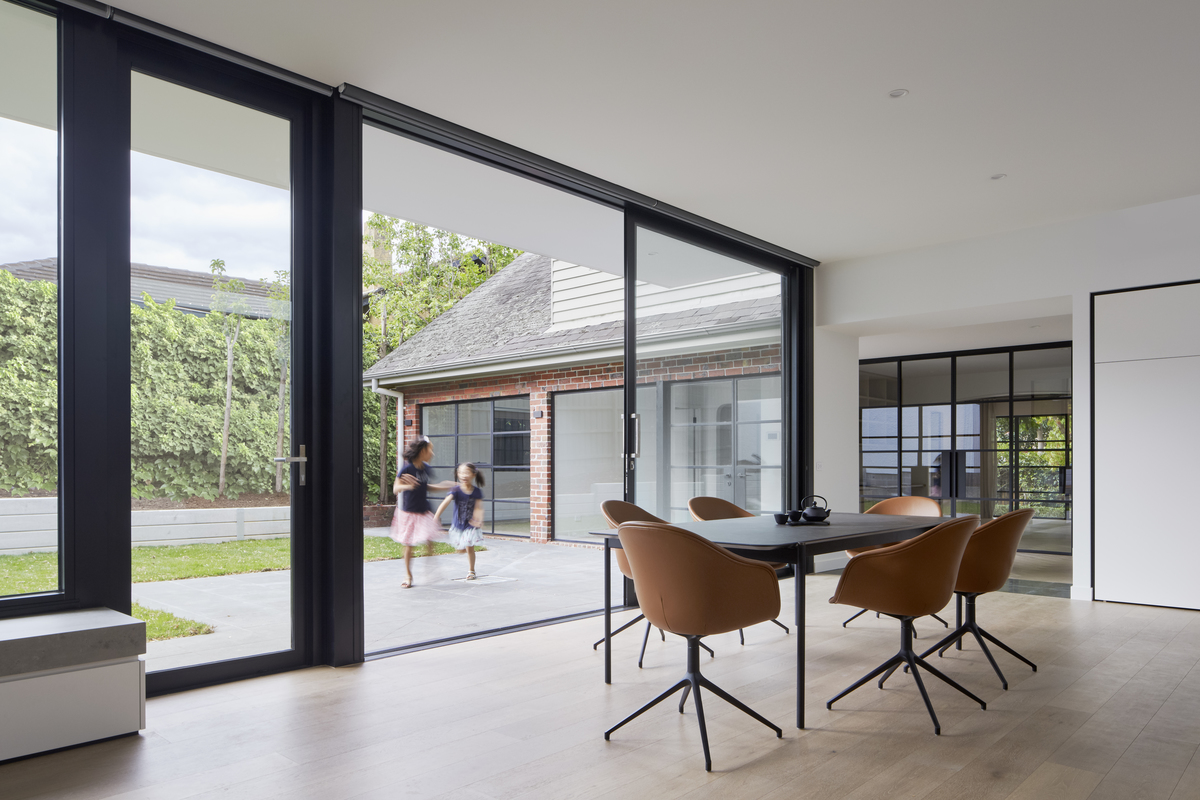 "The main challenge of this project was how to add new modern spaces to the existing house whilst maintaining the charm and character of the original period home. This was done by incorporating architectural elements into both new and old parts of the house, such as steel-framed doors and windows, herringbone timber flooring and soft window furnishings." Thanks to this, the new and old flow effortlessly and moving through the house feels like a natural transition rather than a sharp delineation. 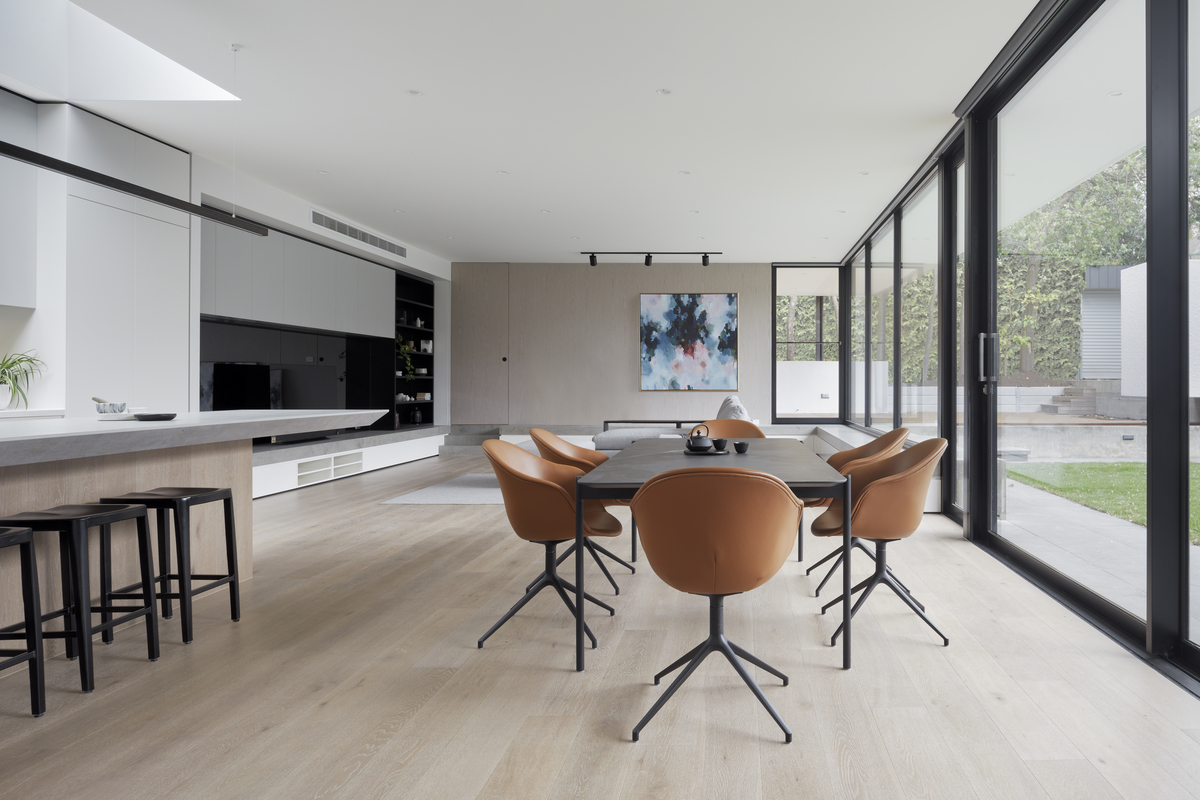 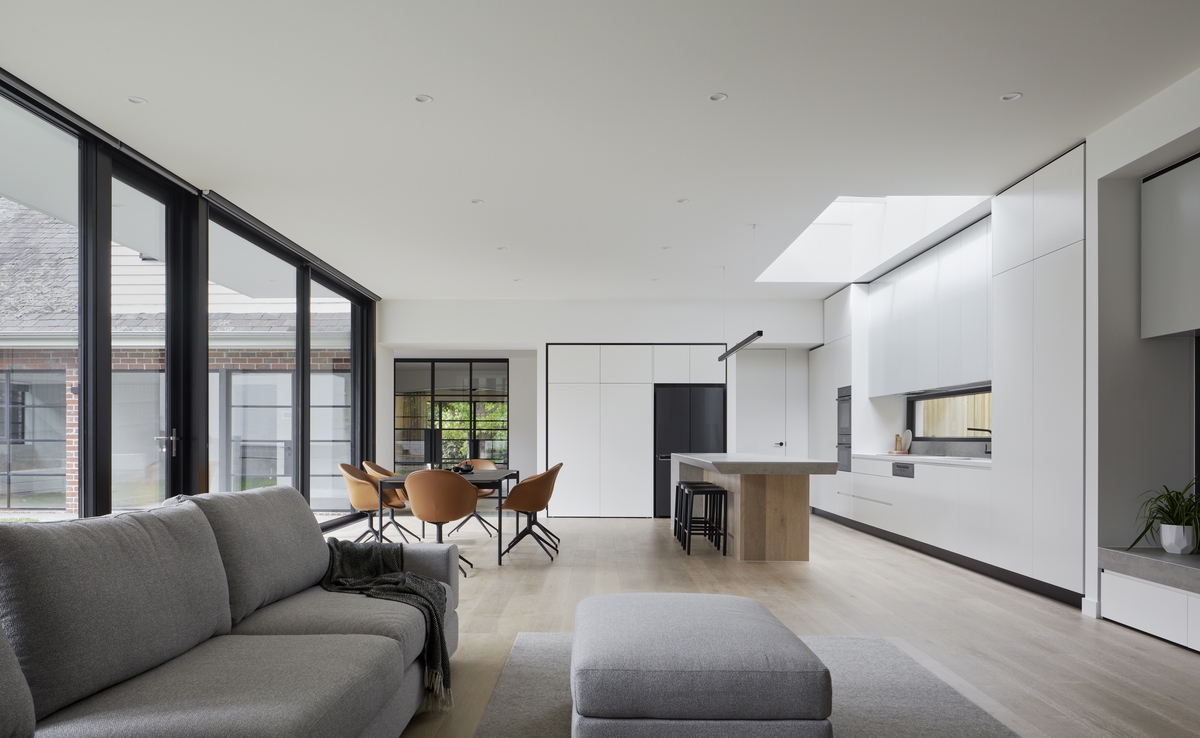 The new living and main bedroom wing hugs the southern boundary, creating a U-shaped home that allows the new living spaces to soak up the natural light and open its entire north face to the backyard. Large, full-height sliding doors allow the home to flow from indoors to outdoors and views of the backyard are captured throughout the house, visually expanding every room to the extent of the block. 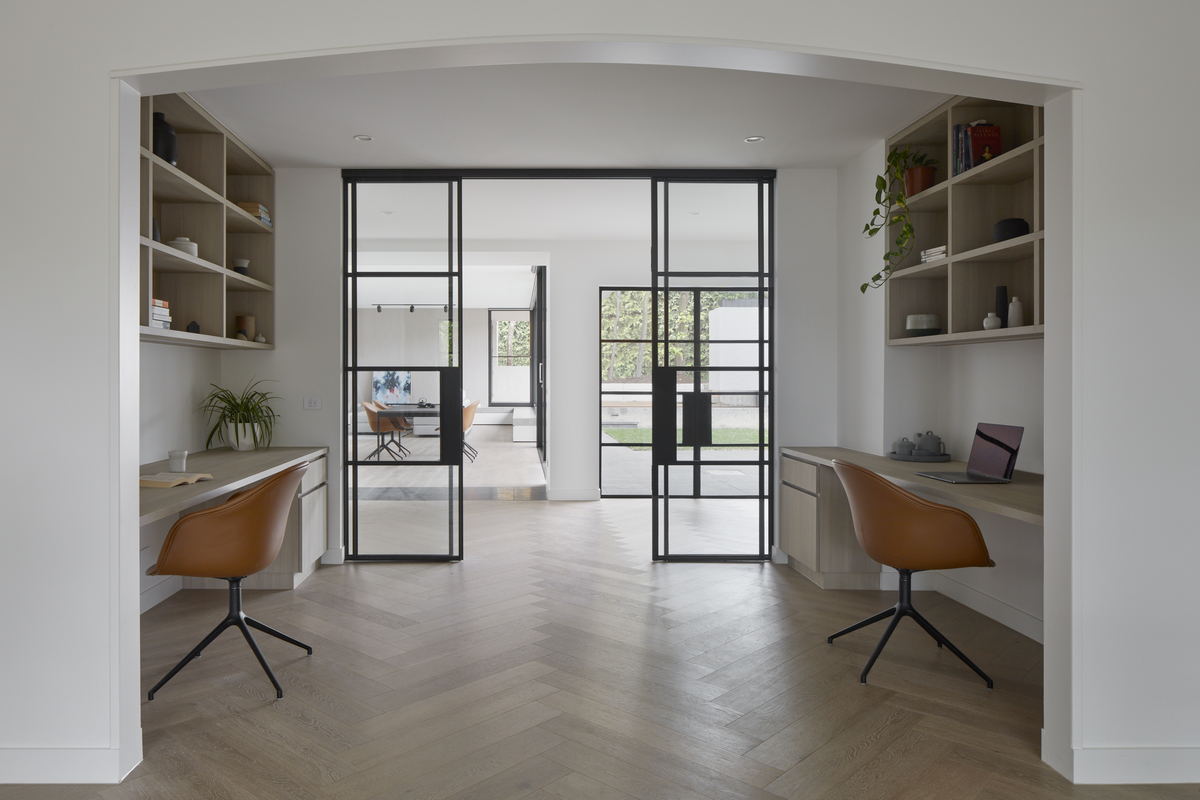 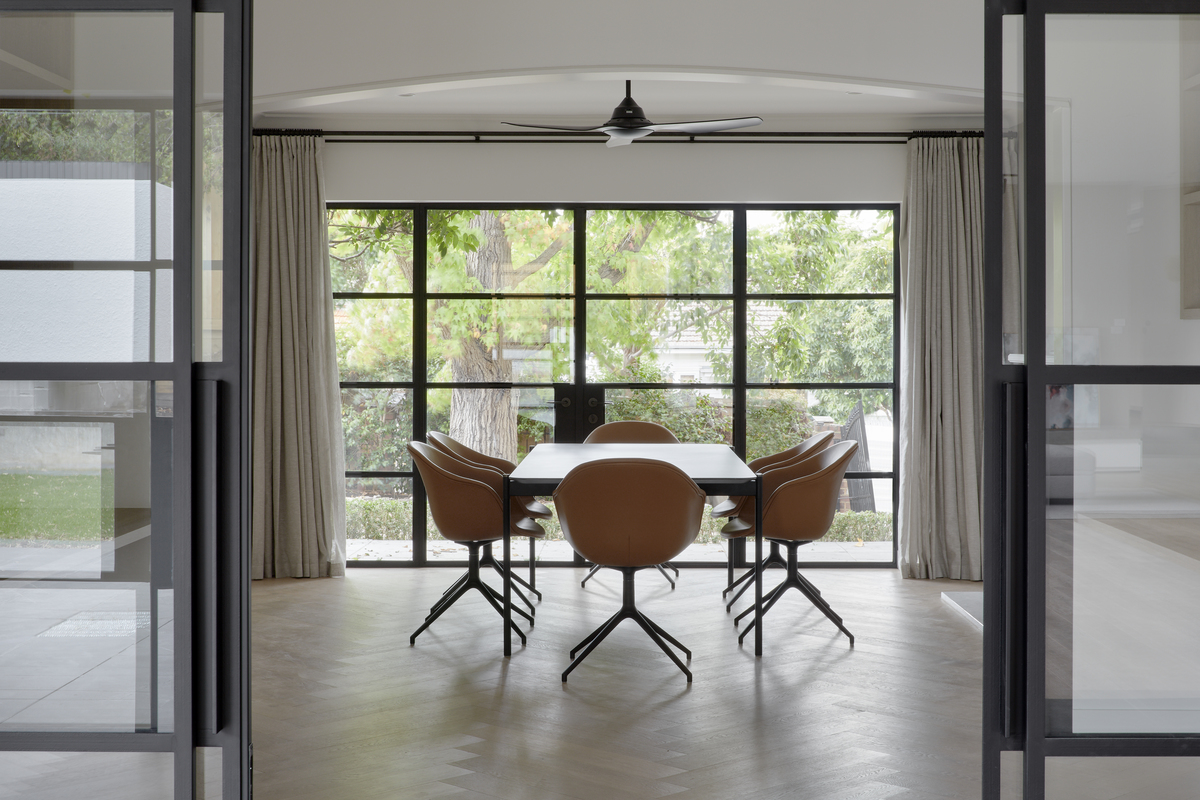 A new home office and meeting space, the ultimate work-from-home setup, is created in the original home and can be shut off from the rest of the house via sliding steel-framed doors, or opened up for a breezy, open feel. 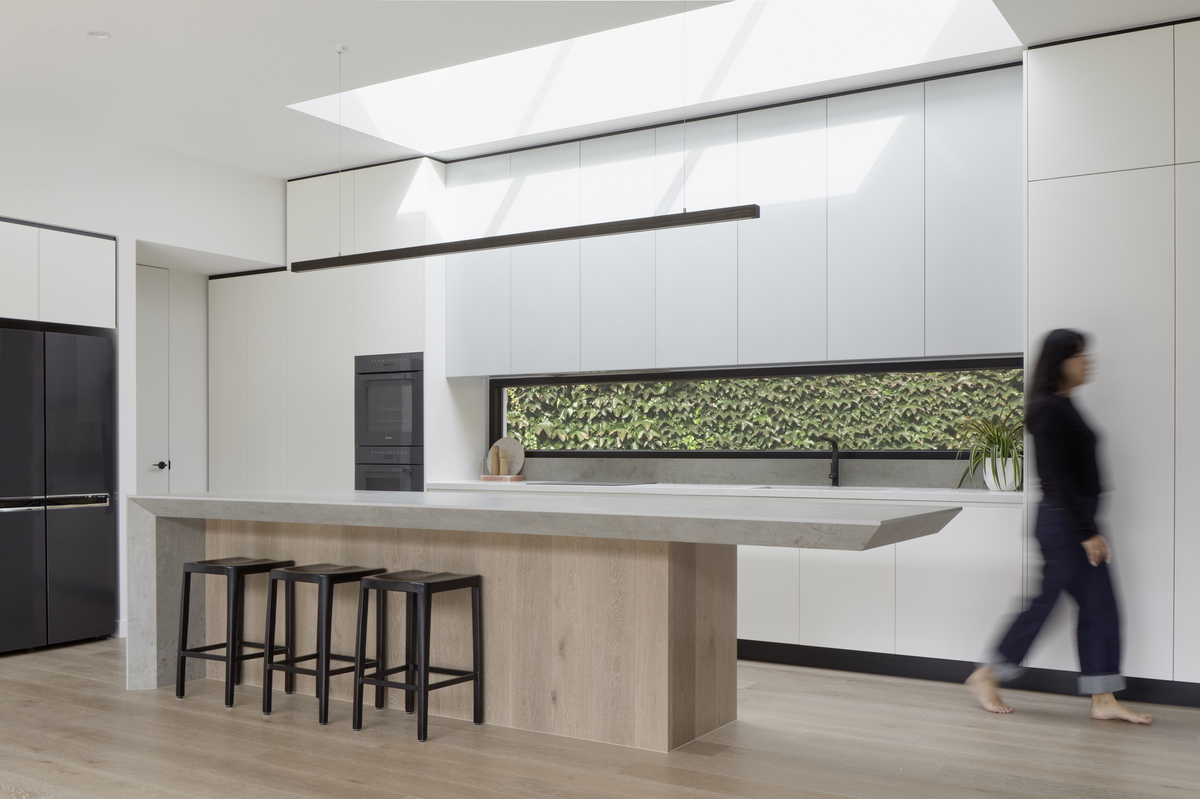 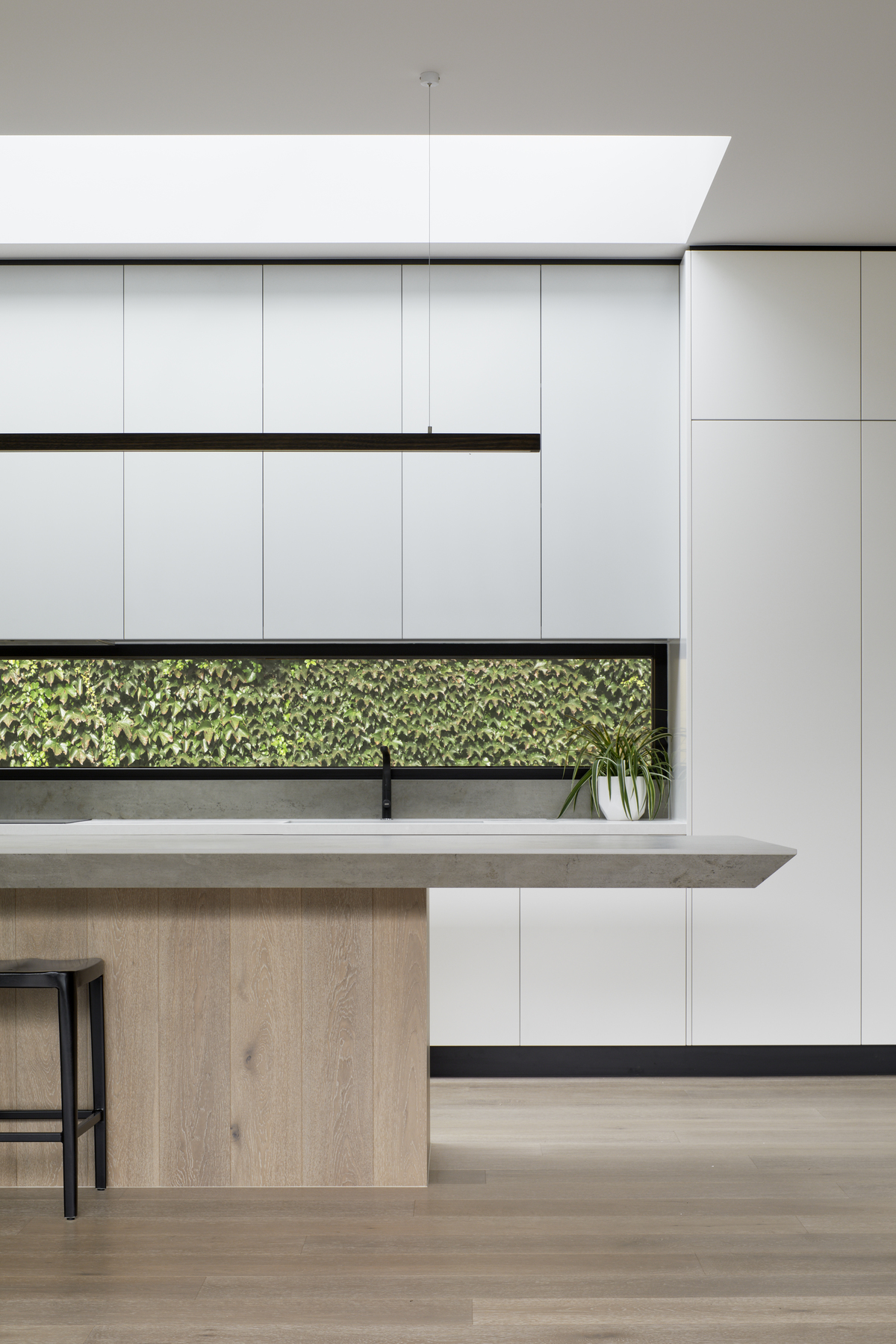 In-situ concrete is used in several places such as the internal and external bench seat, a stunning water feature and a dramatic, cantilevered island bench in the kitchen. This gives the addition a minimal feel, particularly in combination with the steel-framed windows and helps to blur the lines between inside and outside. Not to mention it adds a beautiful colour and texture to the project. 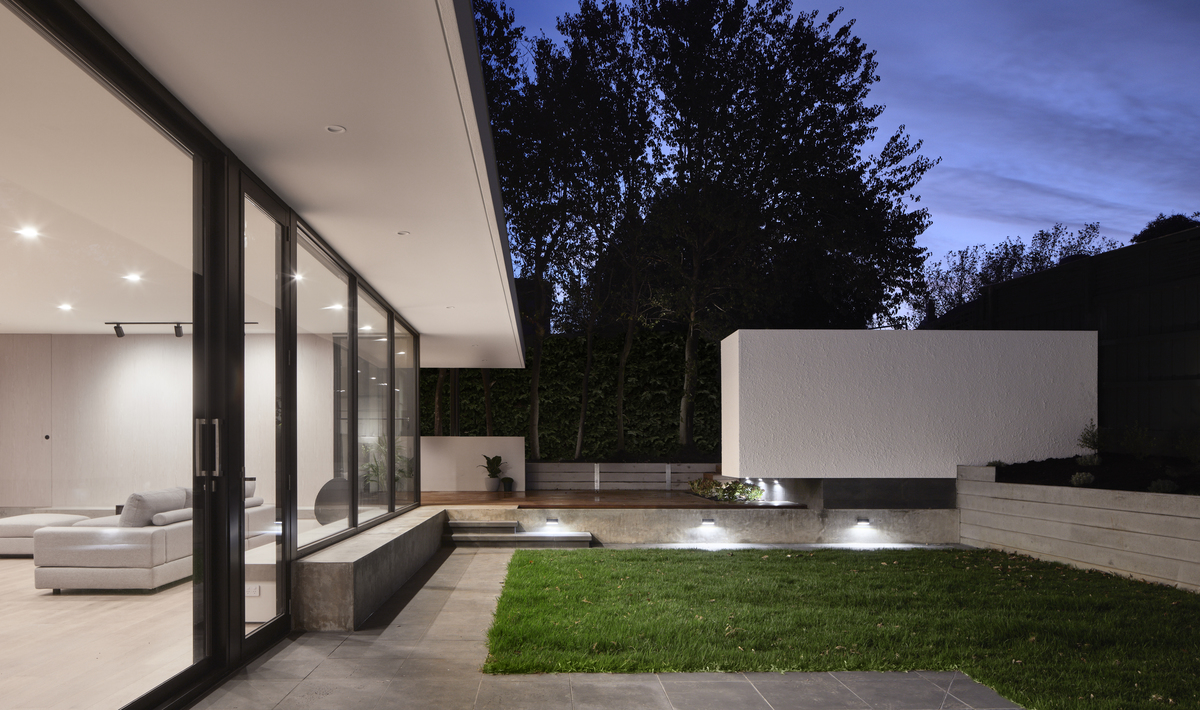 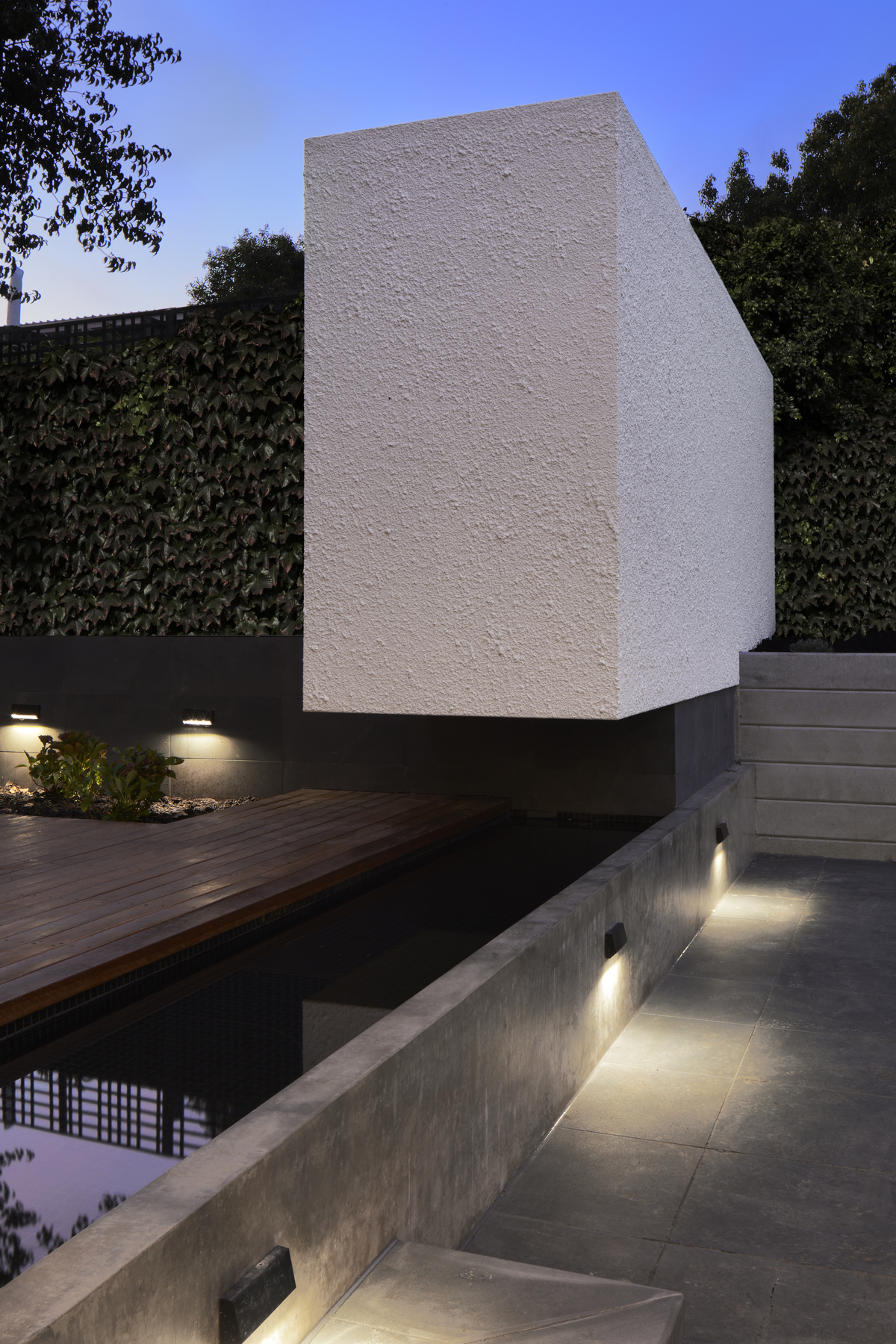 The new, minimal living wing seems to hover alongside the original home, yet from the inside spaces bleed and merge into one another effortlessly. It's a great example of how to bring old and new together in a way that feels complementary rather than trying to mimic the character of the old home, which never feels authentic. 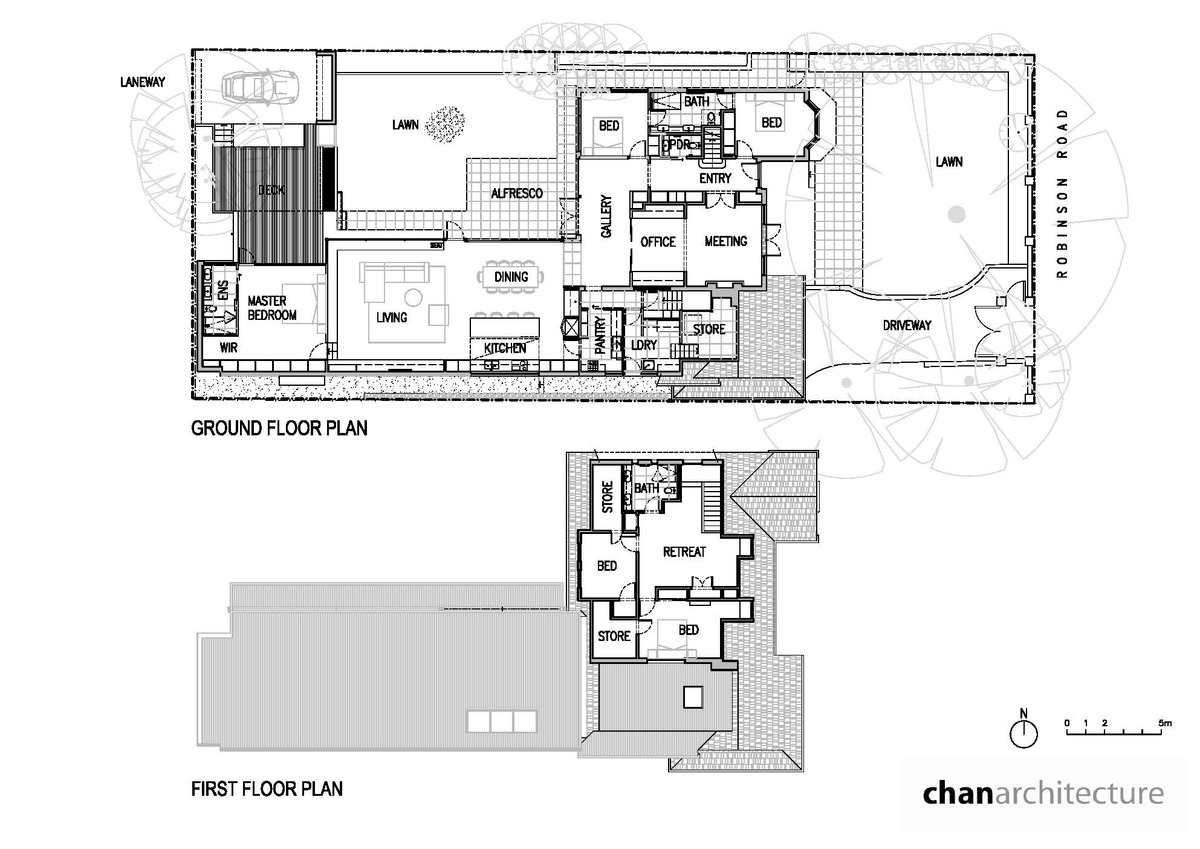 Tell us what you love about Robinson Road House...