Designed for a family of four (plus two very cute Dachshunds), BENT Annexe is a light-weight (and light-filled) addition opening onto the outdoors. From the front of the home, the only obvious addition is an elegant new carport which floats over the driveway and new landscape works, while the charming clinker brick home sits untouched. The same approach is used behind the scenes with the new addition out back touching the house lightly. Compared to the original introspective 1960s brick home, the new addition wraps around the old (like an annexe), tucking under the original eaves and protecting the new living spaces. Outward looking and feeling like a part of the garden, the annexe is the perfect place to raise a family... 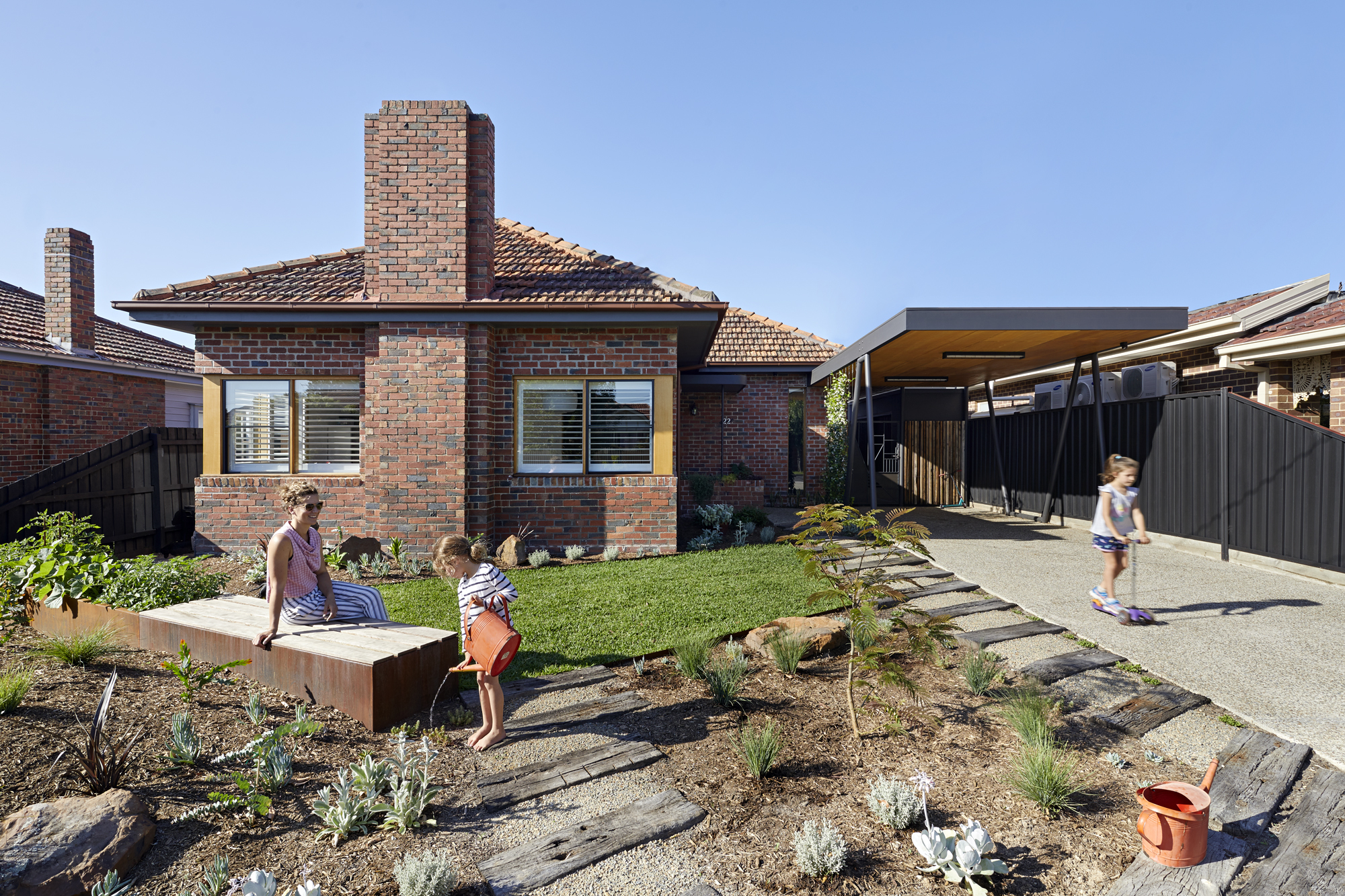 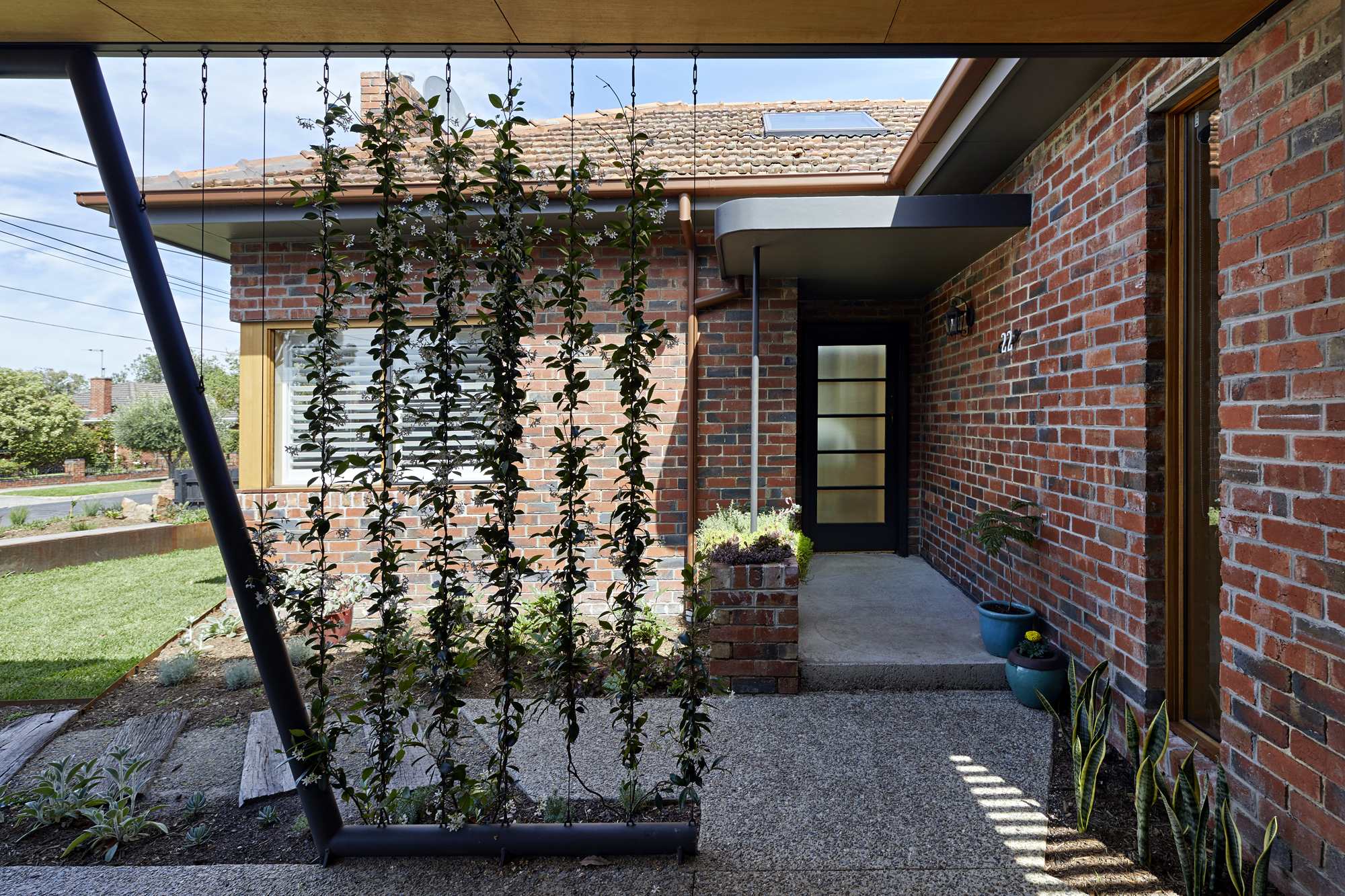 By peeling away some dysfunctional additions and reconfiguring the original home to house bedrooms and a separate living area, BENT Architecture were able to concentrate on creating a light-filled living space that connected the home to the garden. The new living areas embrace the outdoors, with a modified L-shape which creates peninsulas into the garden and ports for sheltered outdoor living. 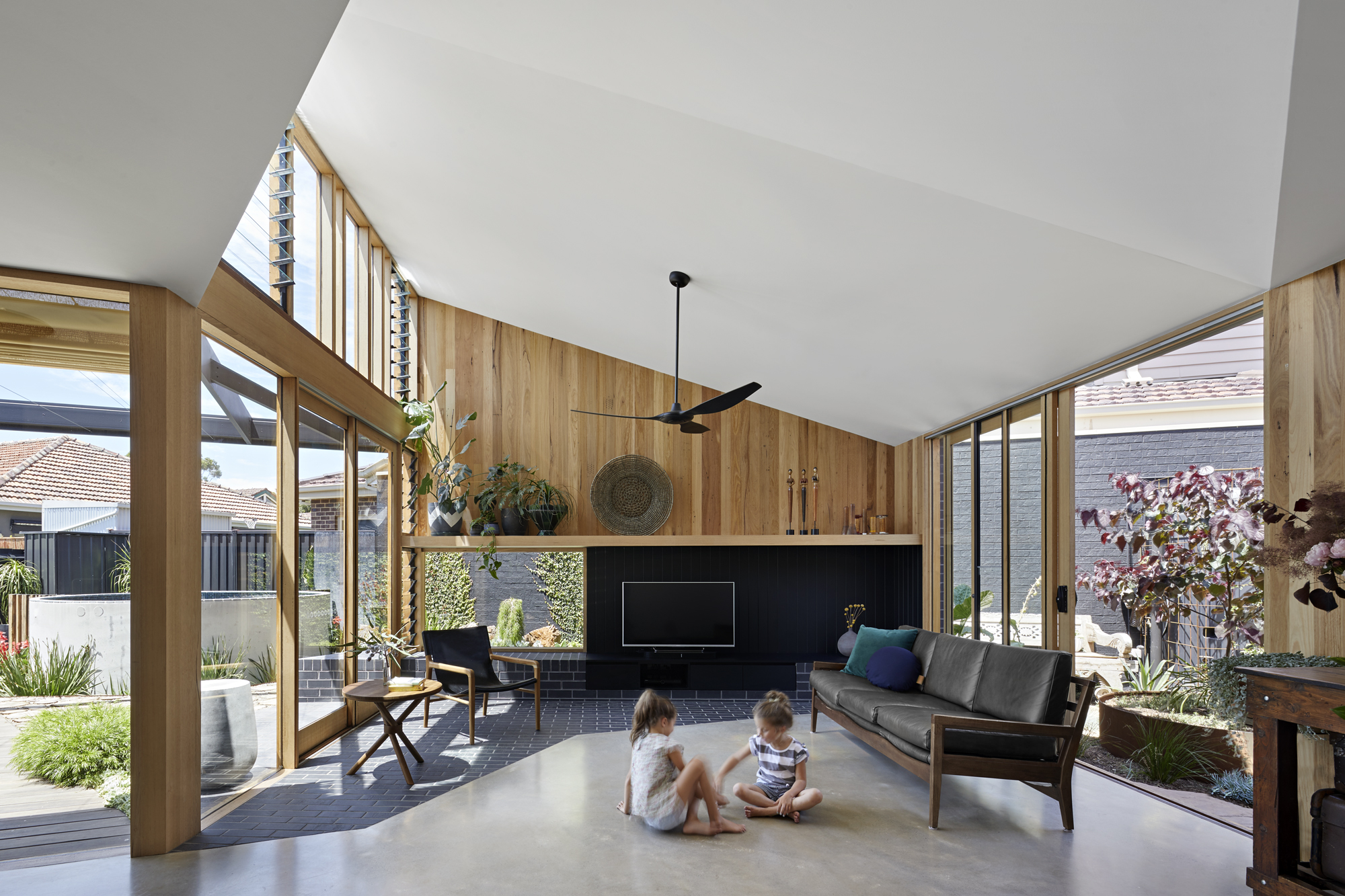 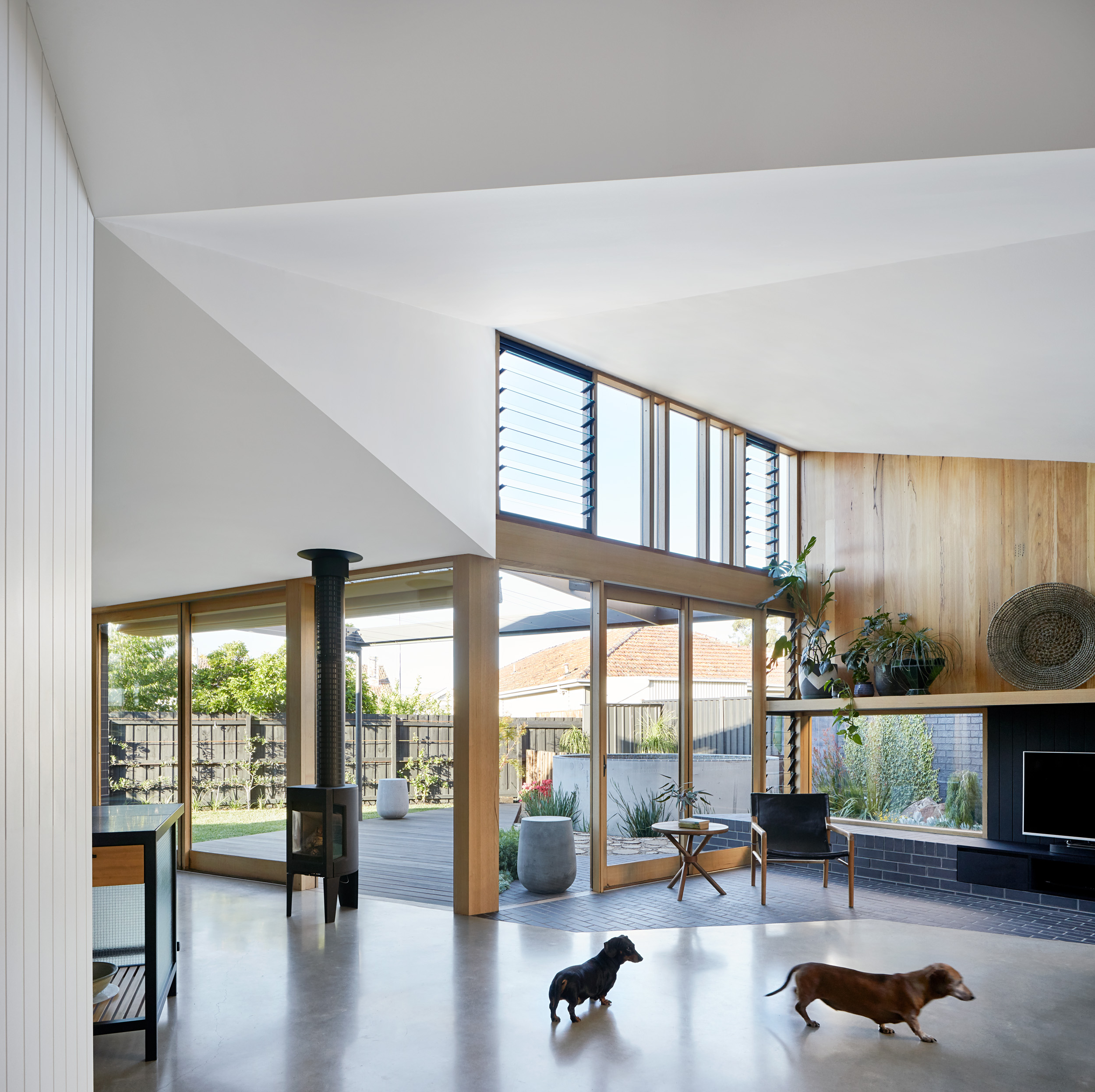 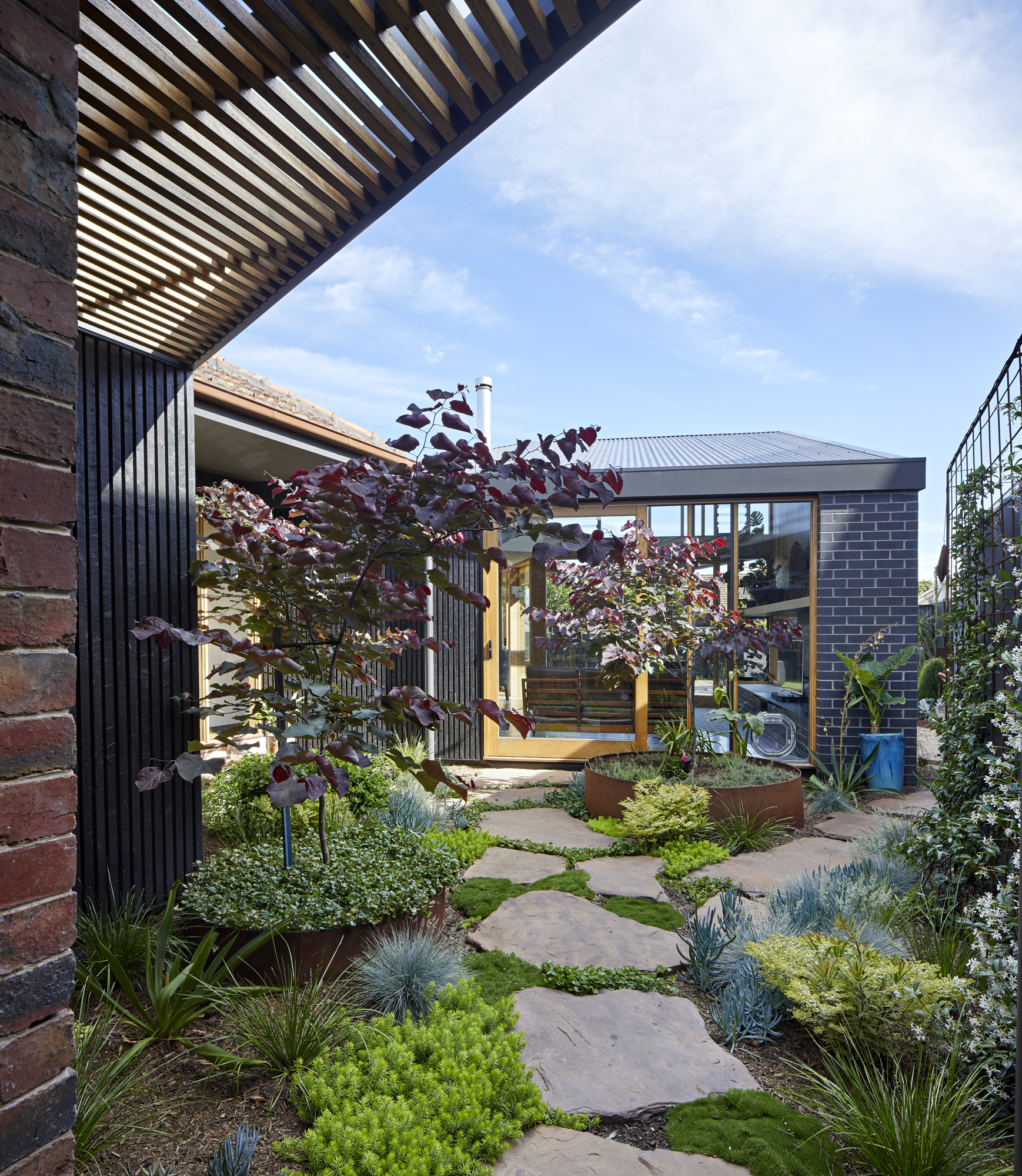 The living area sits on one of these peninsulas, poised between two gardens. A courtyard to the south creates a cooler space to draw on during summer and provides natural light to the master bedroom and a new ensuite bathroom. Traversed via large stepping stones, it also acts as an informal entry to the new living spaces. 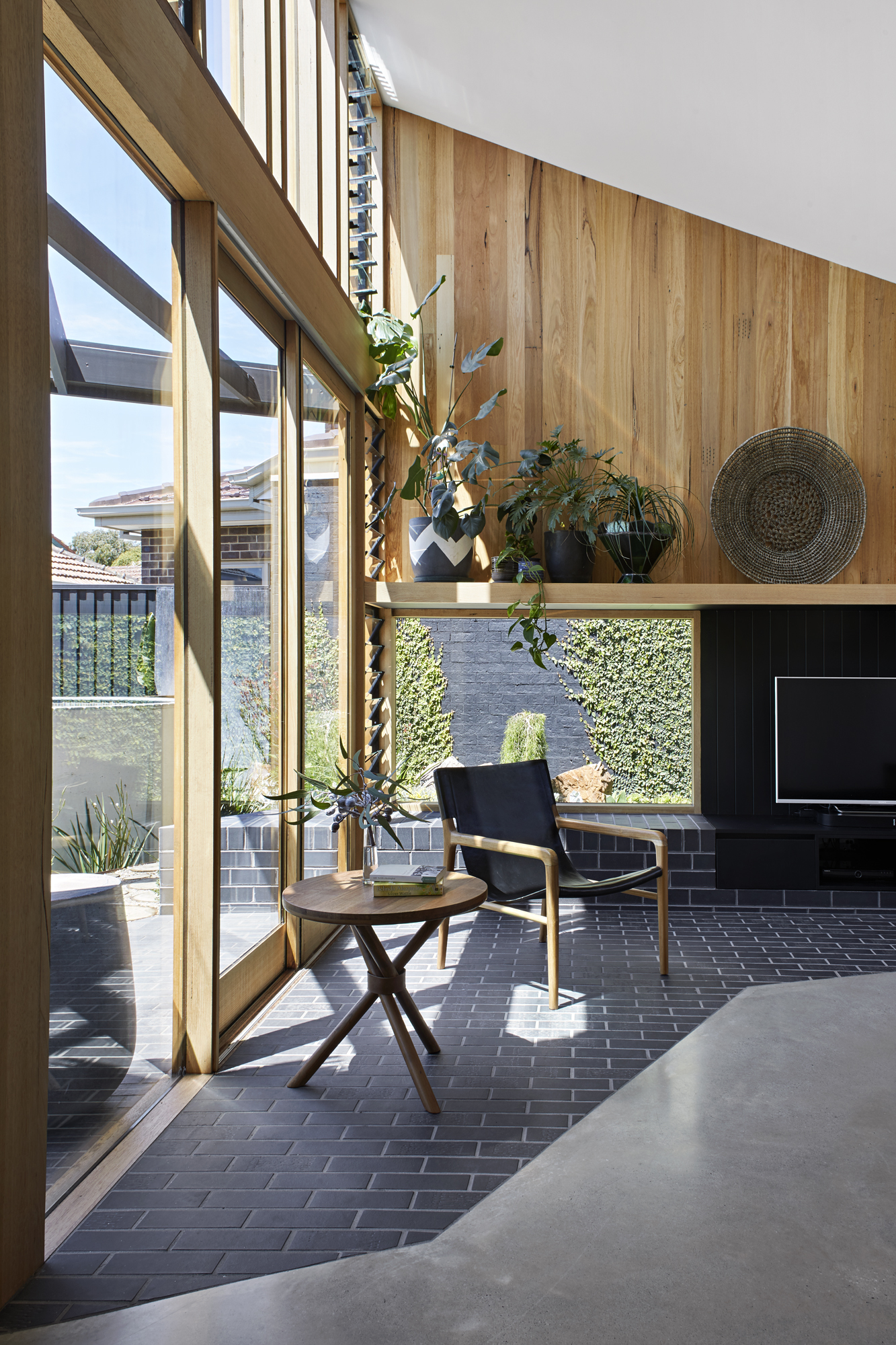 Opening up to both sides via large sliding glass doors, the living room effortlessly bleeds into the outdoors. This effect is enhanced by brick paving which crosses the threshold between inside and out. A seat-height brick plinth also extends out into the garden. When the owners open all the doors, it's hard to tell where the house ends and the garden begins. 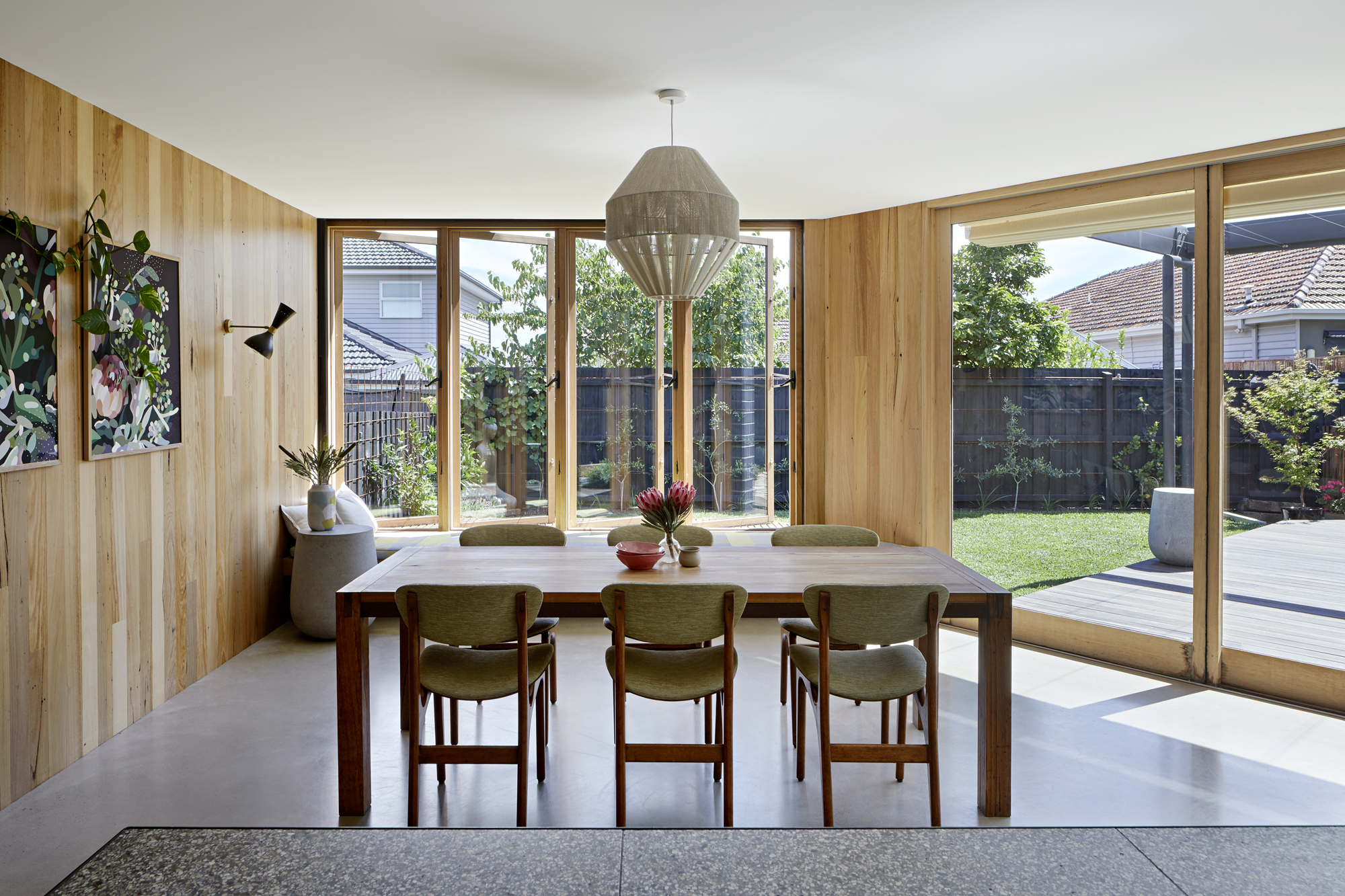 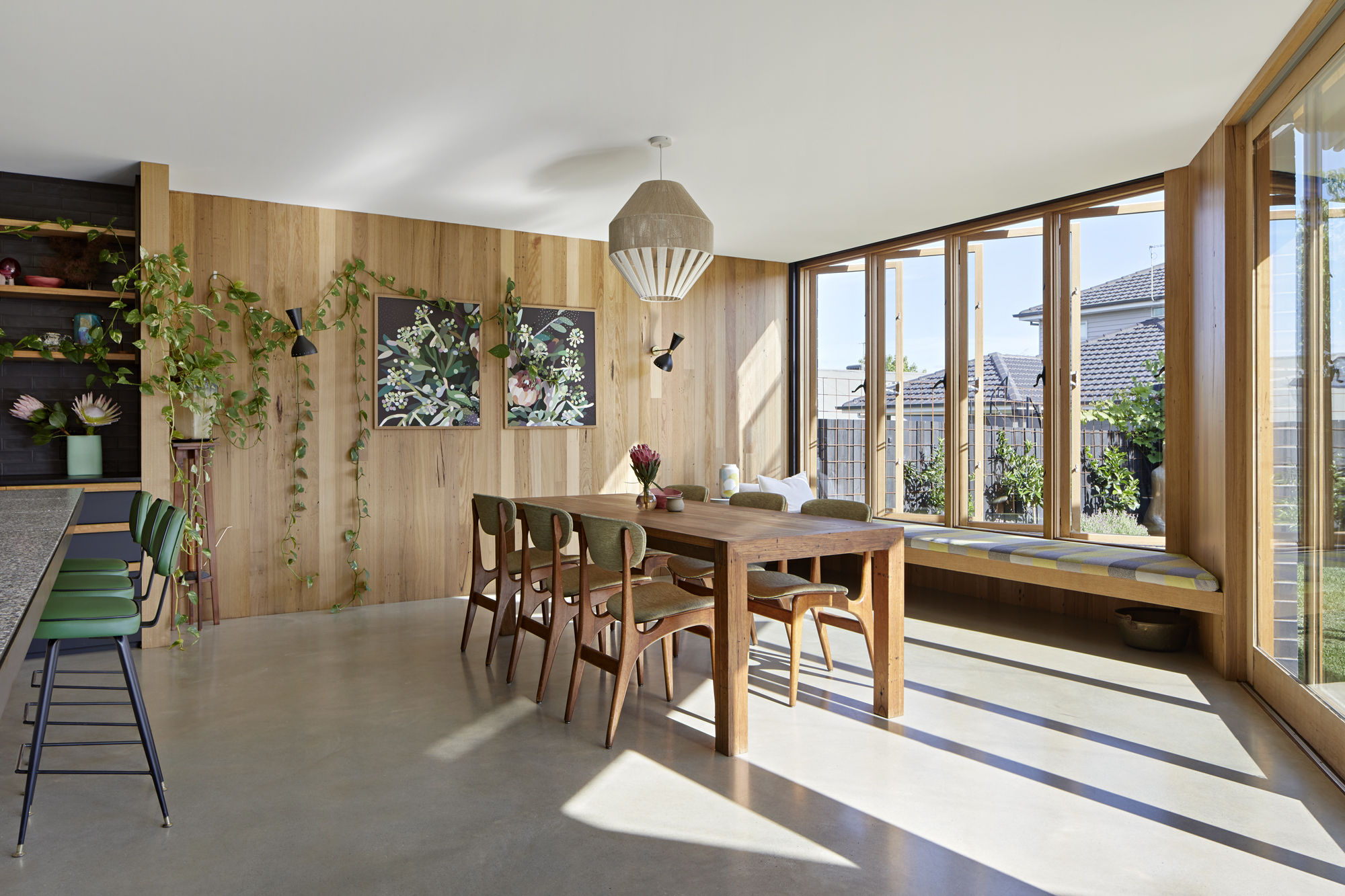 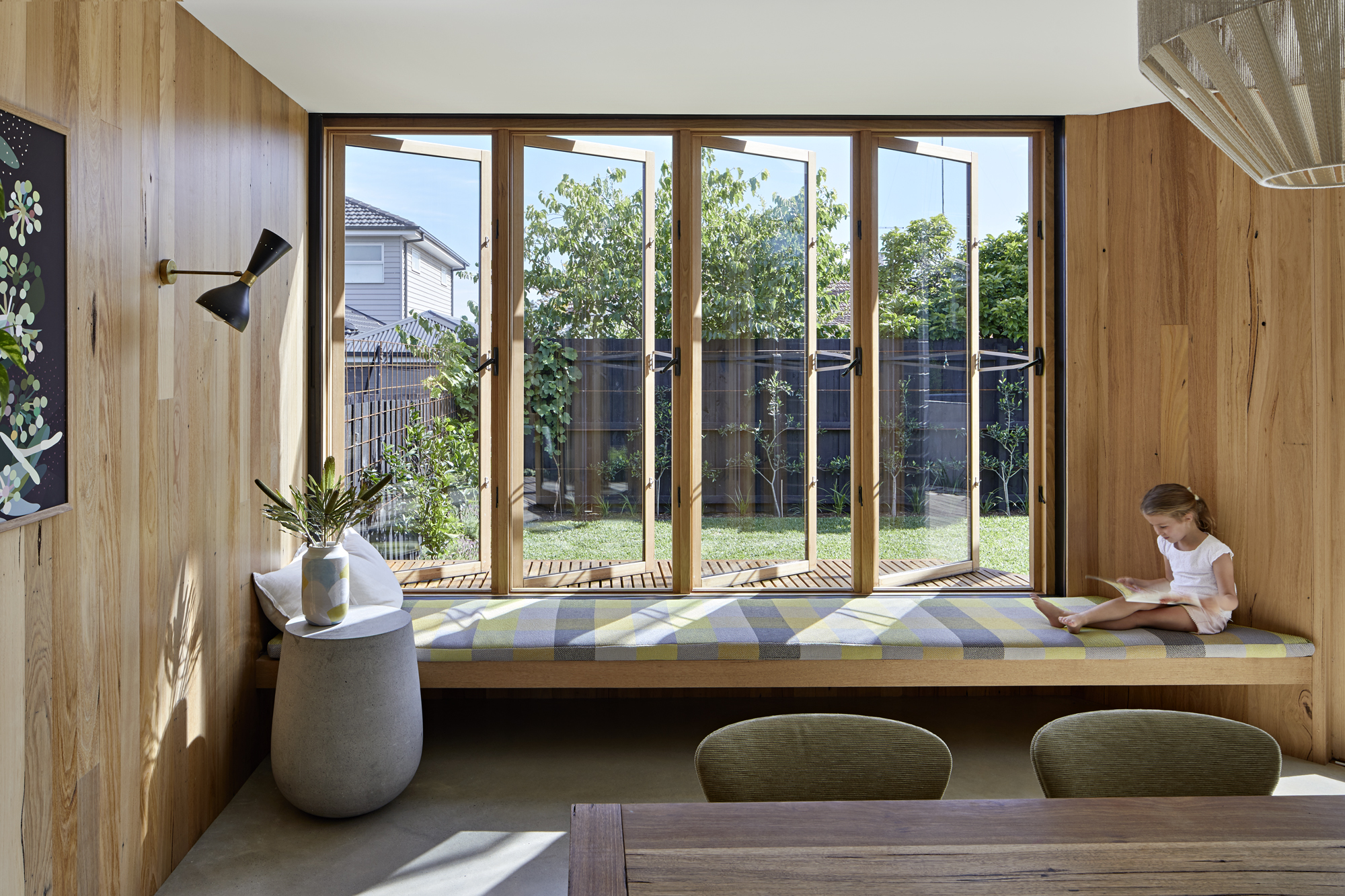 On the other peninsula, the dining area opens onto the garden via a full-length window seat and flows easily onto an outdoor deck thanks to another full-height sliding door. 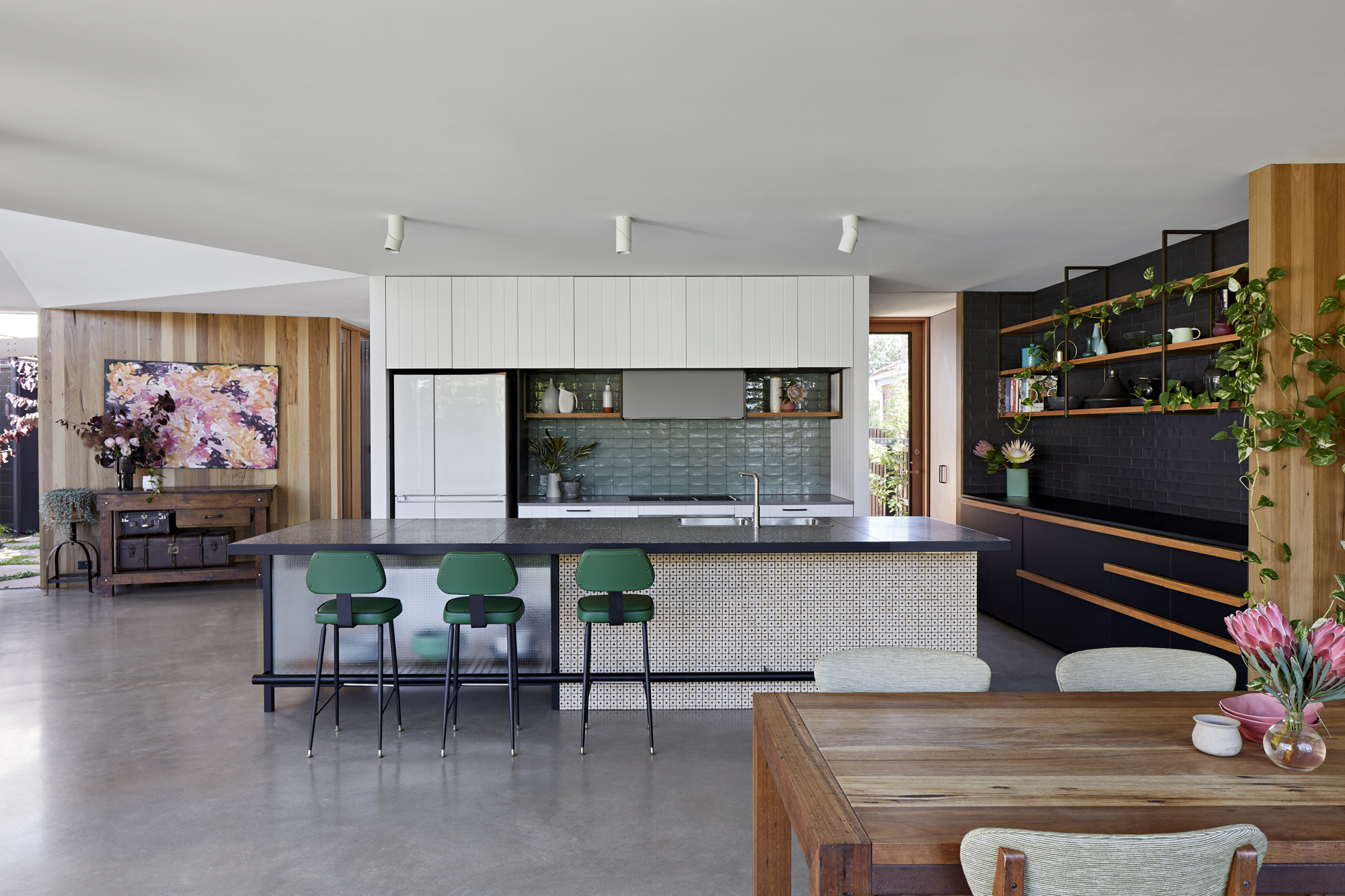 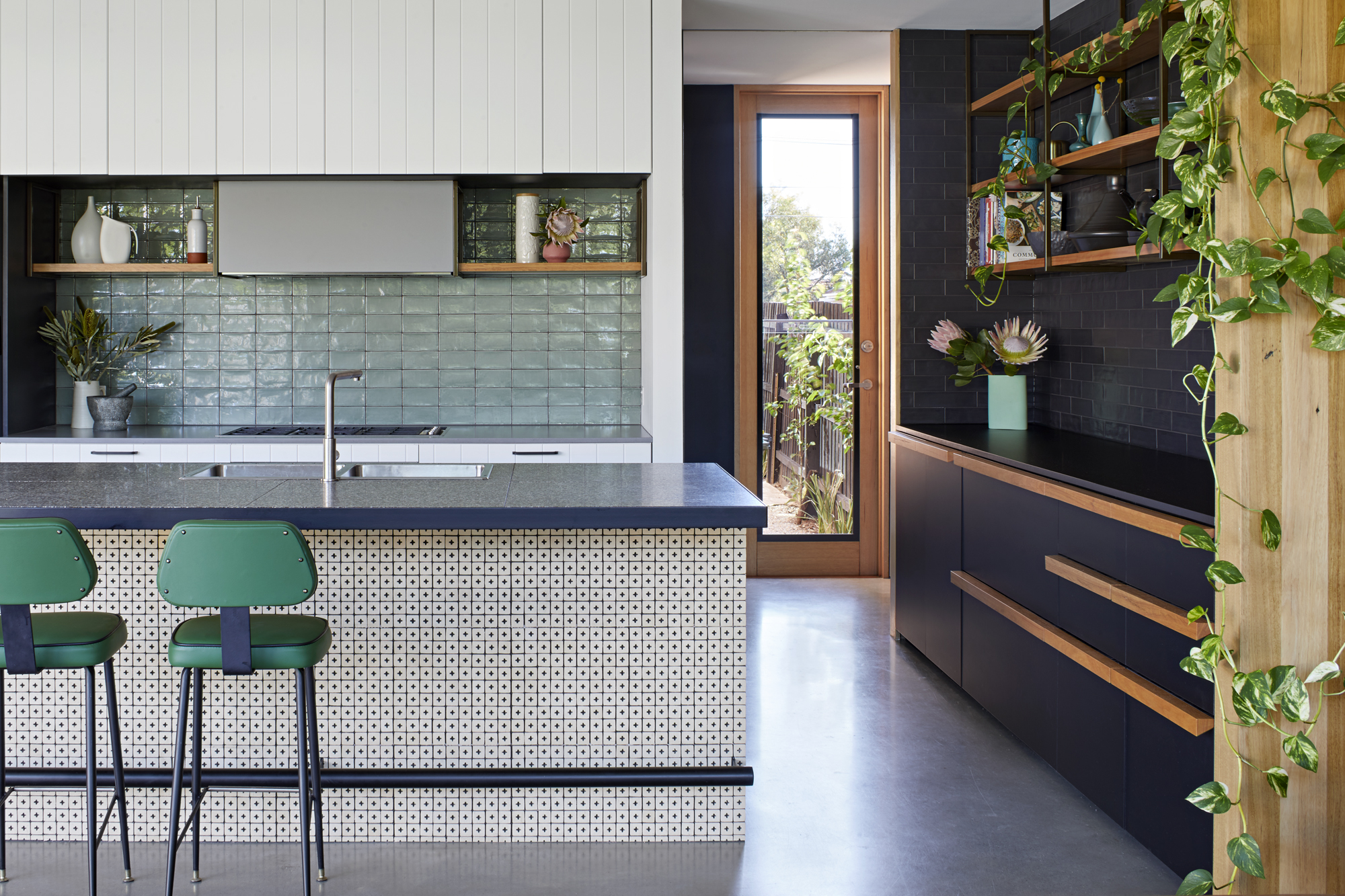 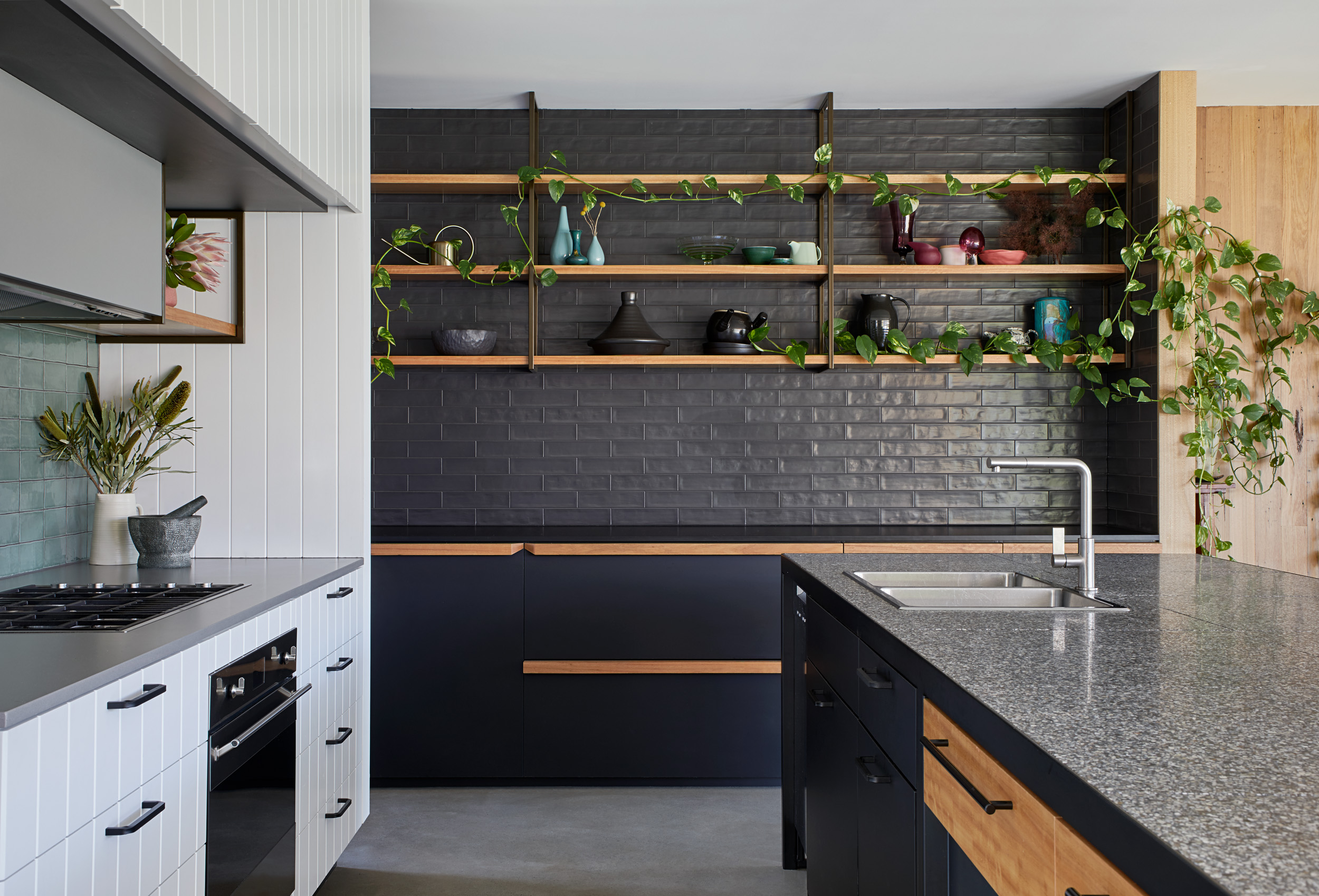 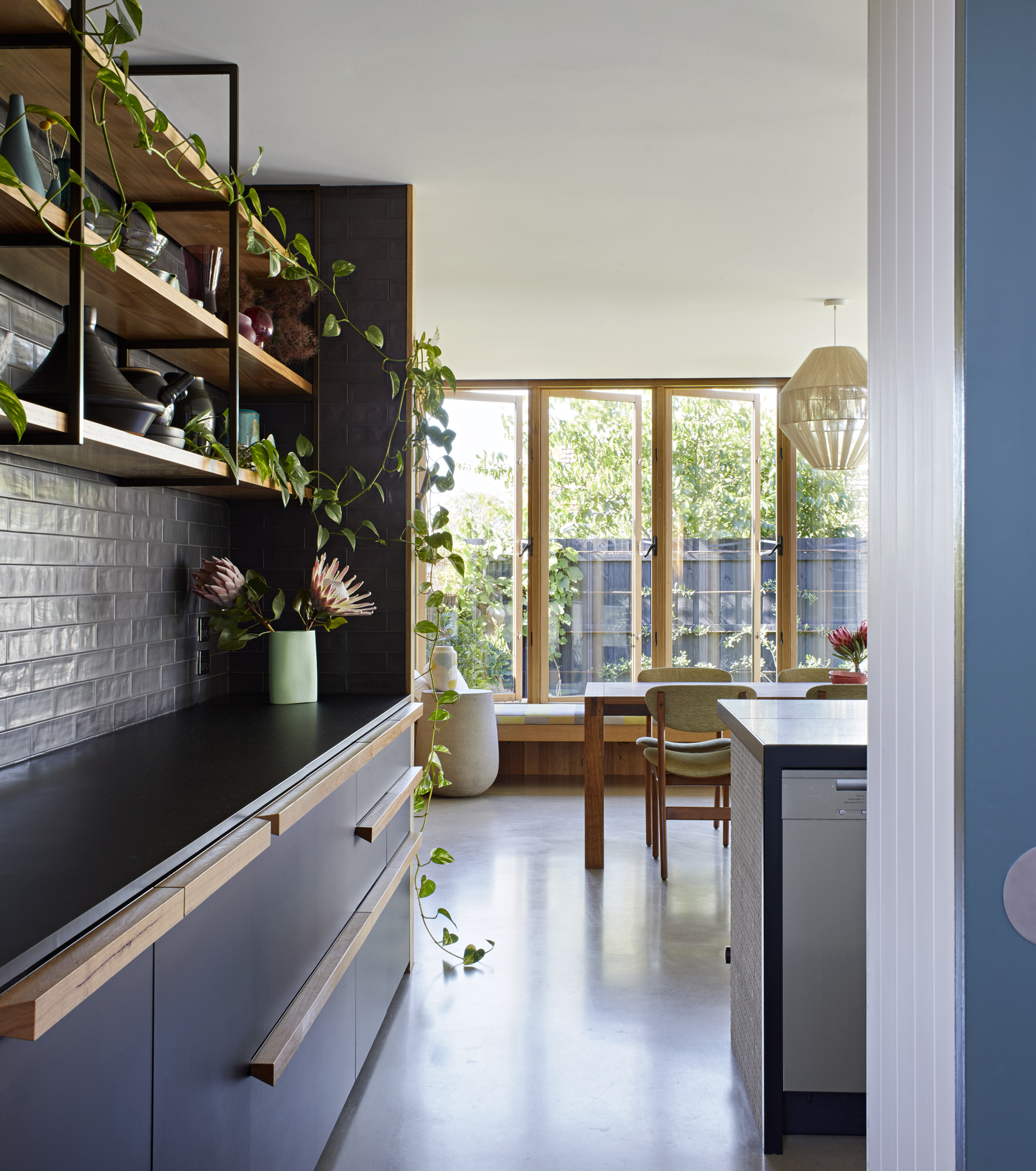 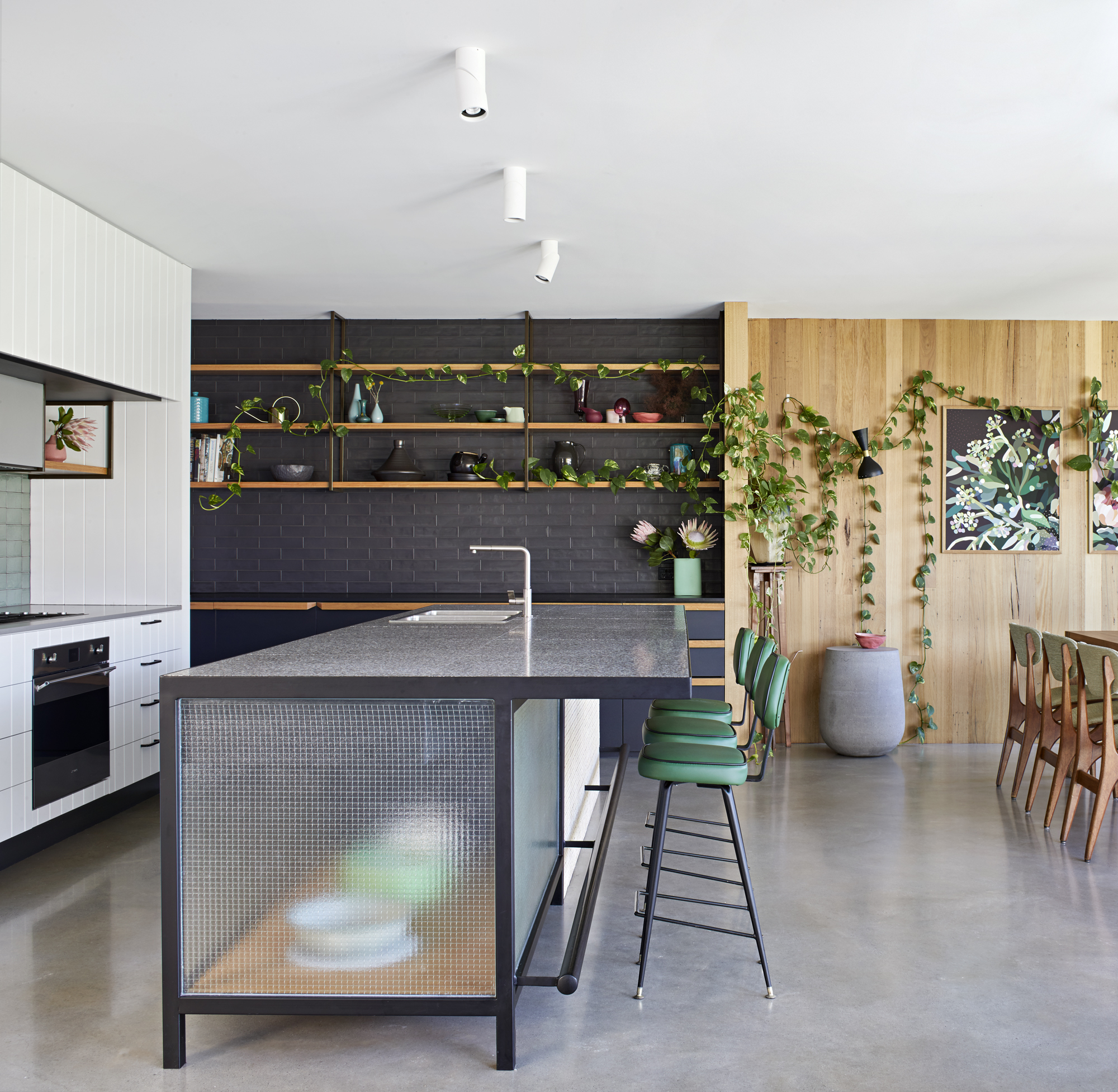 The kitchen sits at the centre of the two spaces, becoming the heart of the home both figuratively and literally.

Overhead the ceiling folds like origami around the L-shape to admit light from the north and create dramatic internal spaces. The only two solid walls in the addition, to the east and west, offer privacy from nearby neighbours and also protect the home from the low-angled sun. 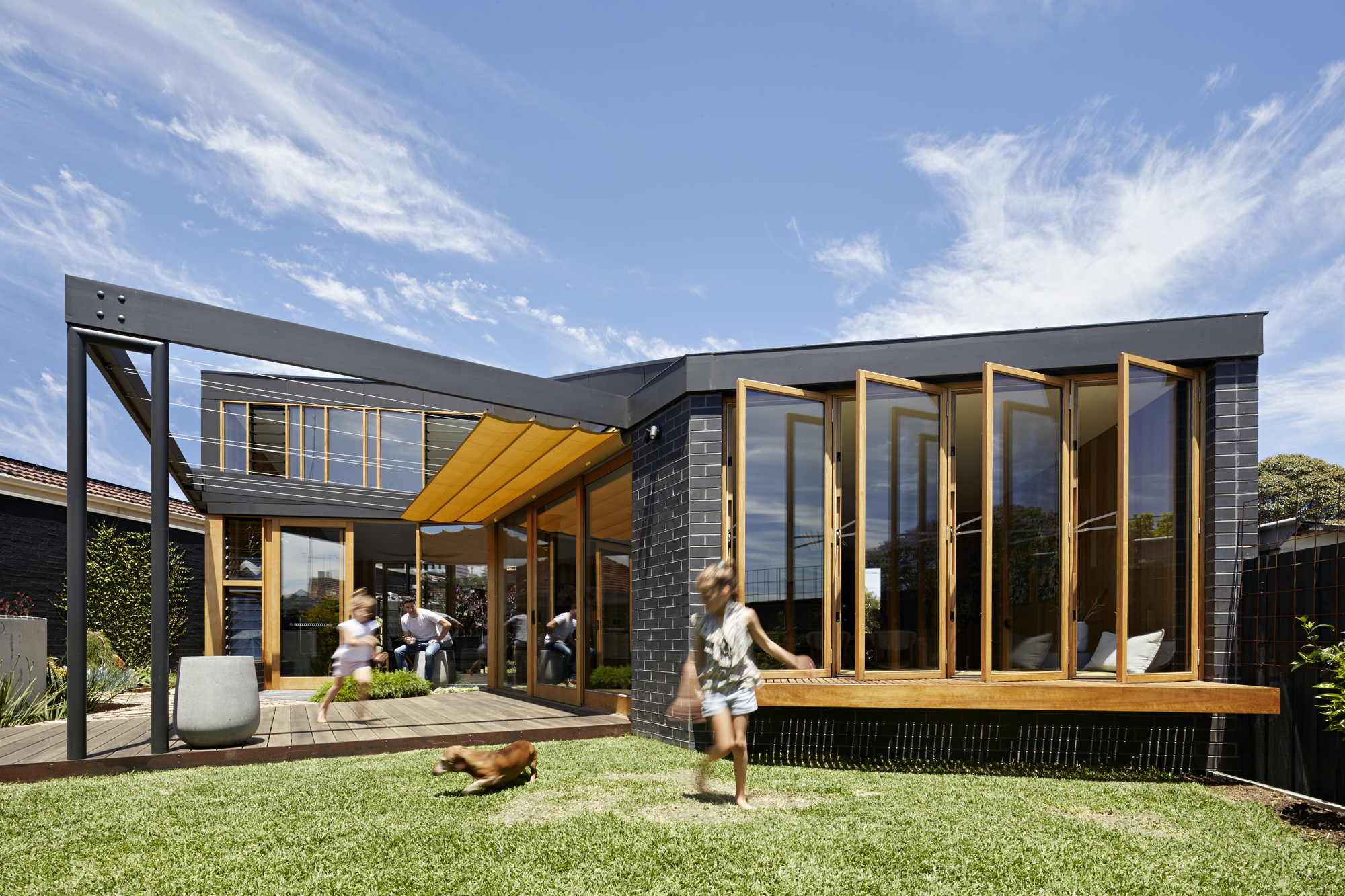 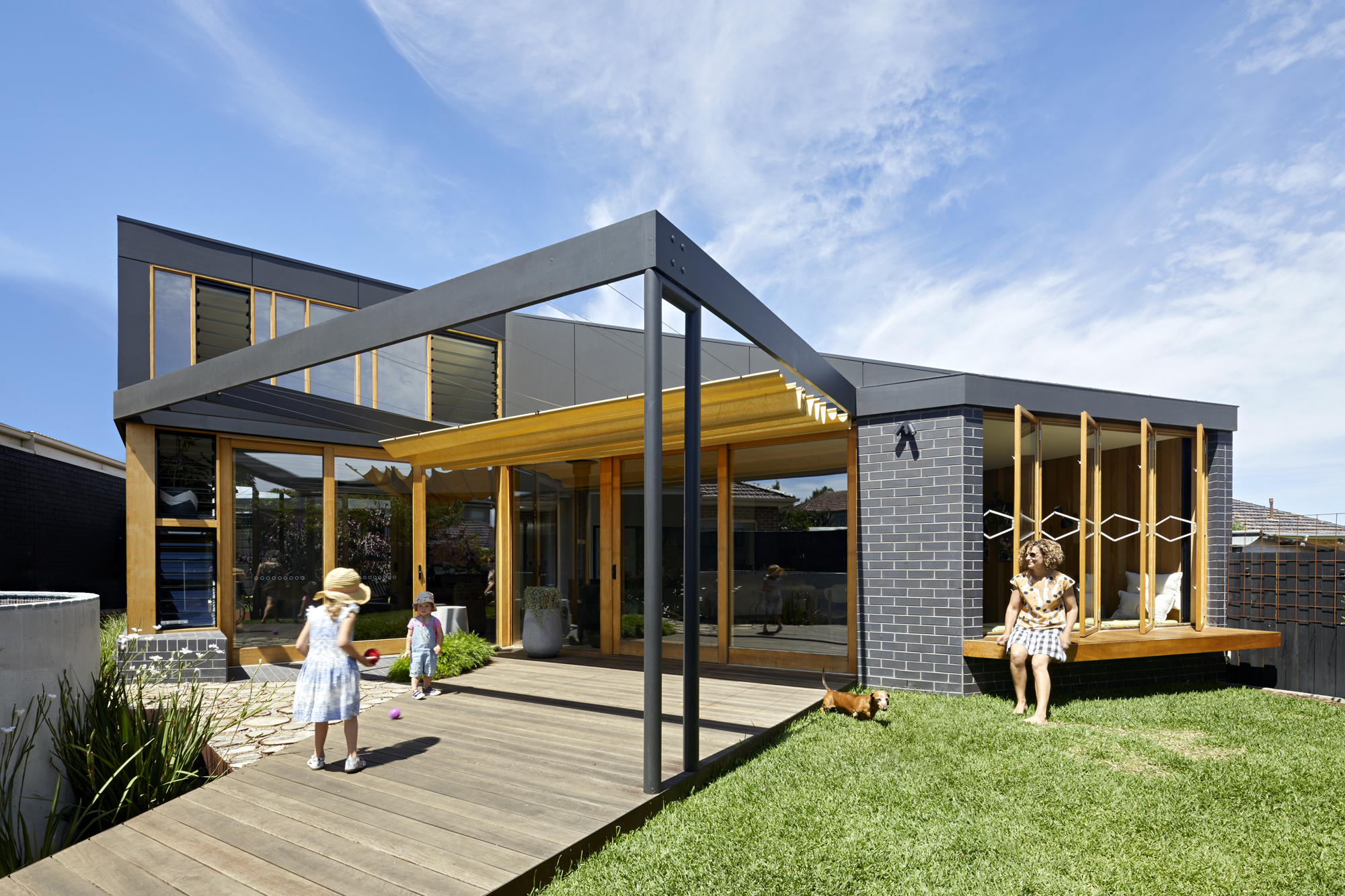 Outside, the deck is sheltered by a retractable awning which, in summer extends the living space outdoors and in winter can be pulled back to maximise the amount of sunlight warming the concrete floors. 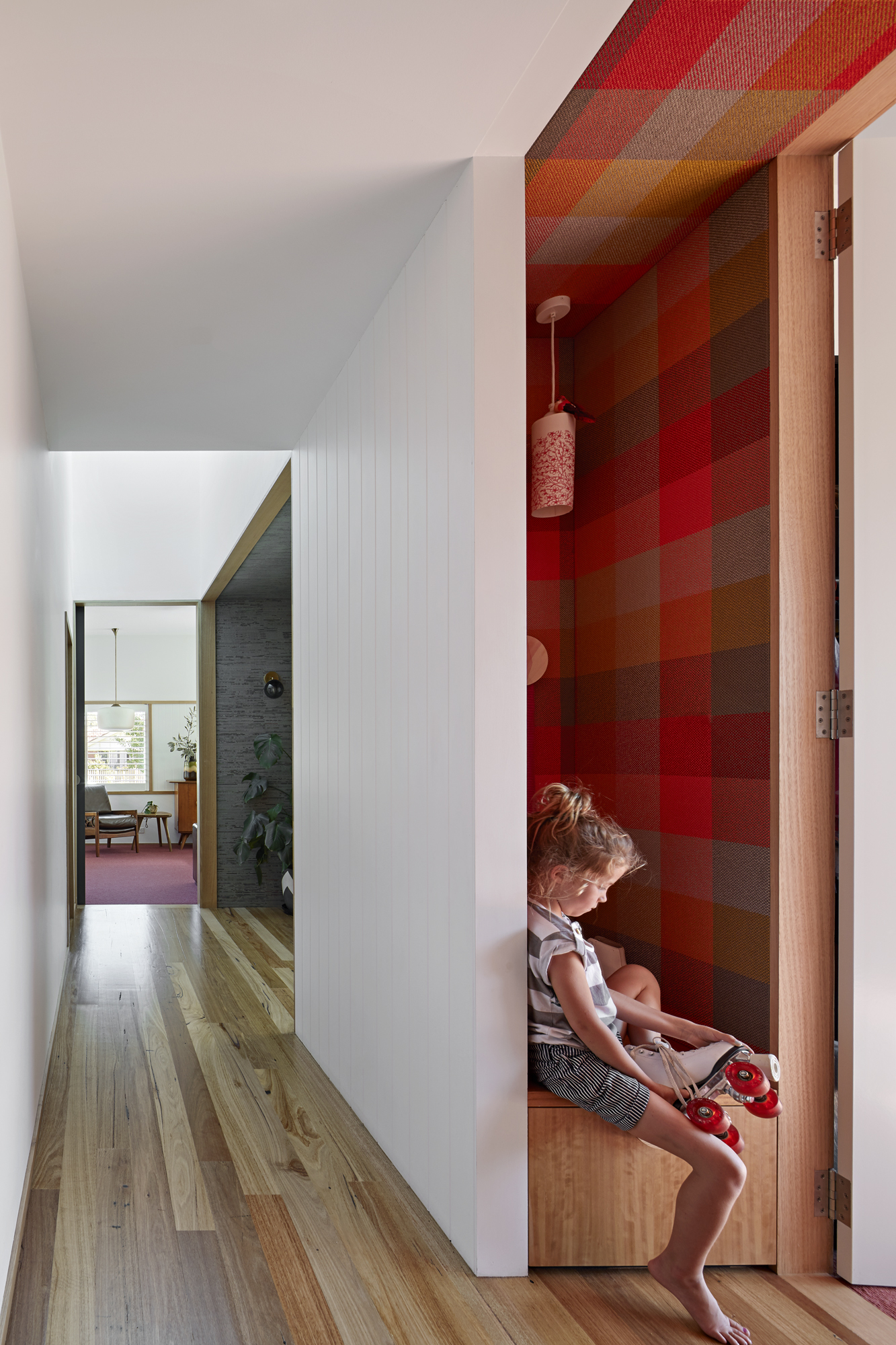 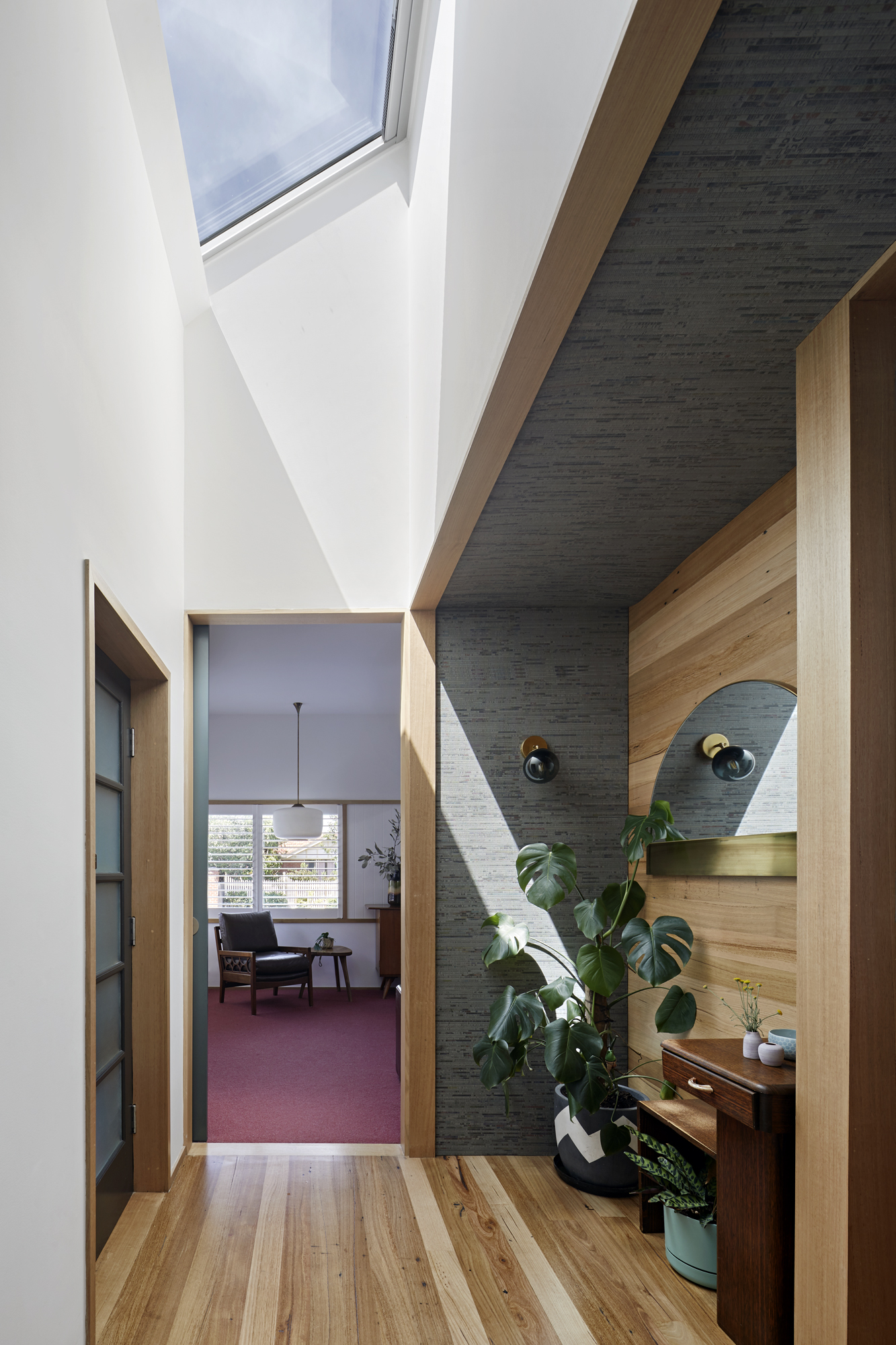 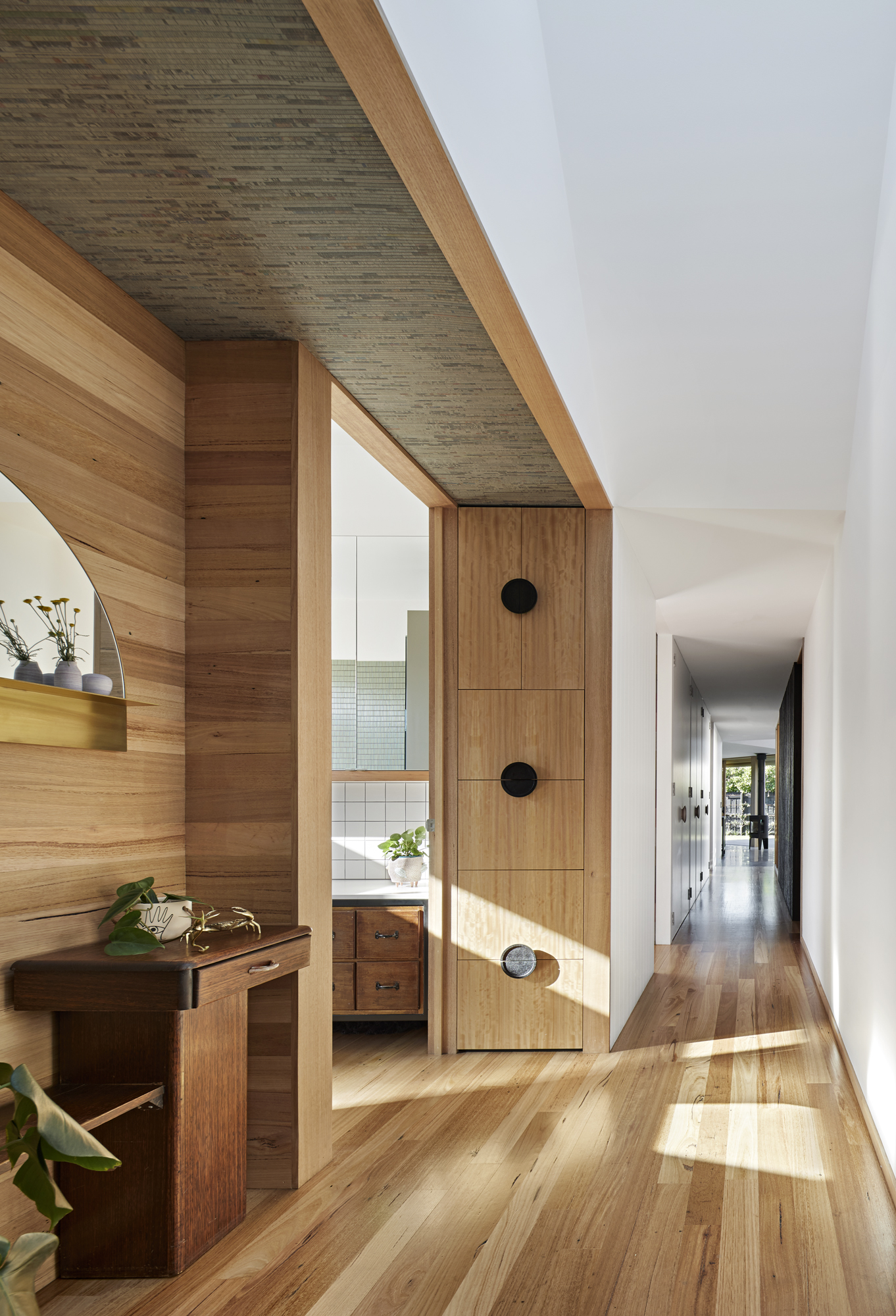 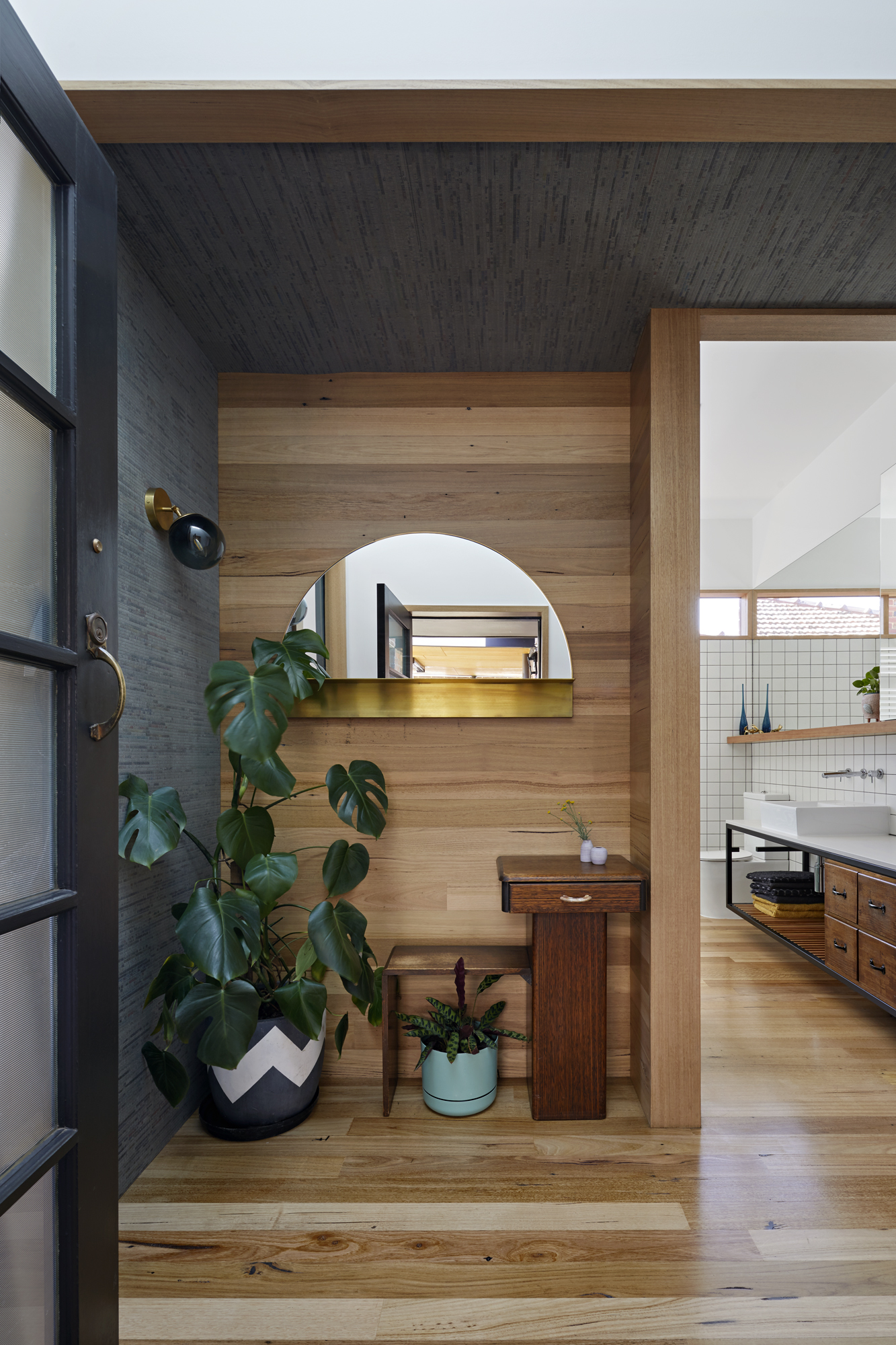 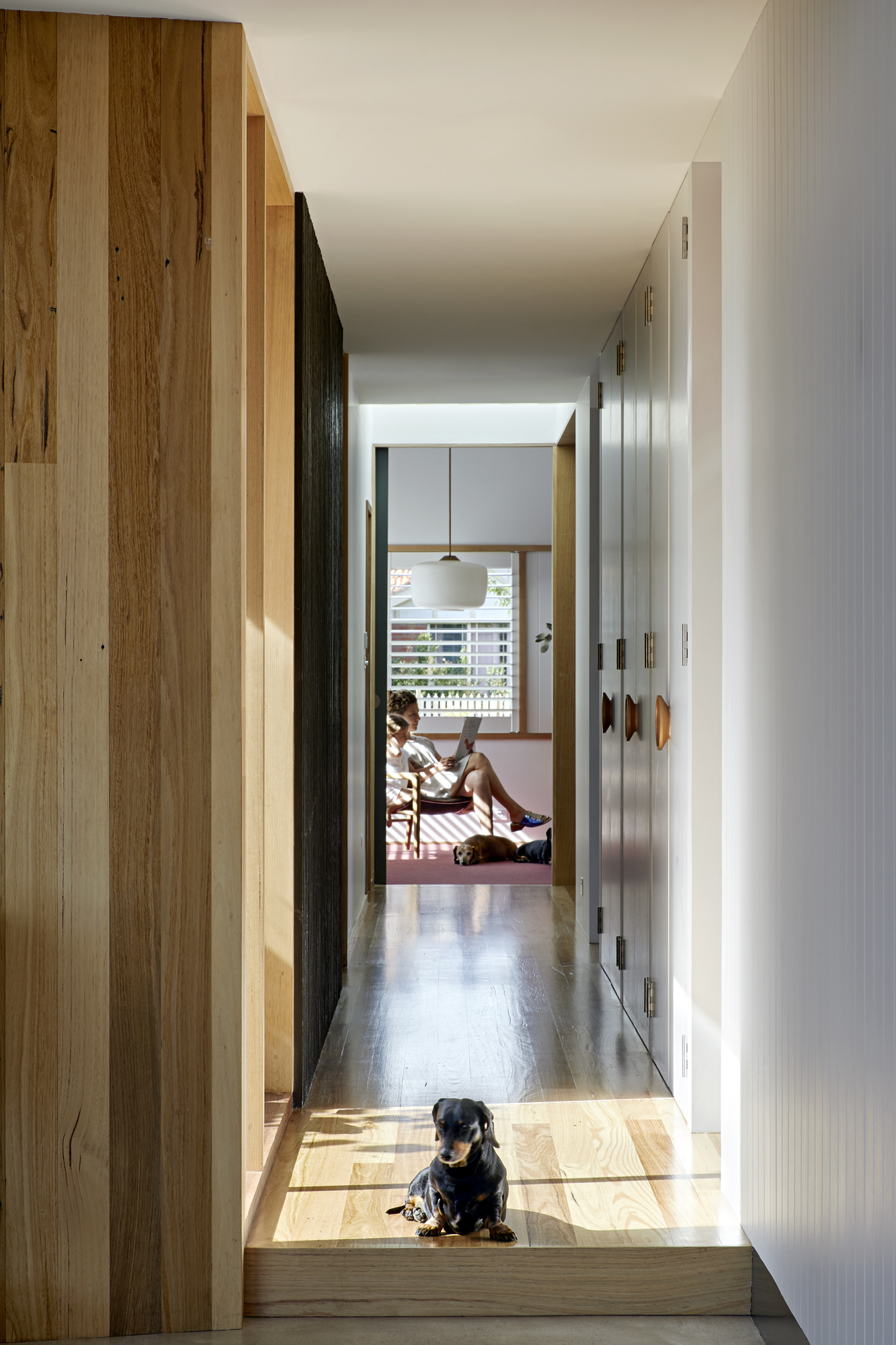 The existing entry has been reconfigured, with a skylight overhead letting natural light into the centre of the home. A sperate lounge space in the generously proportioned front room takes advantage of corner windows and a feature fireplace, while nooks have been created in the hall for storage. 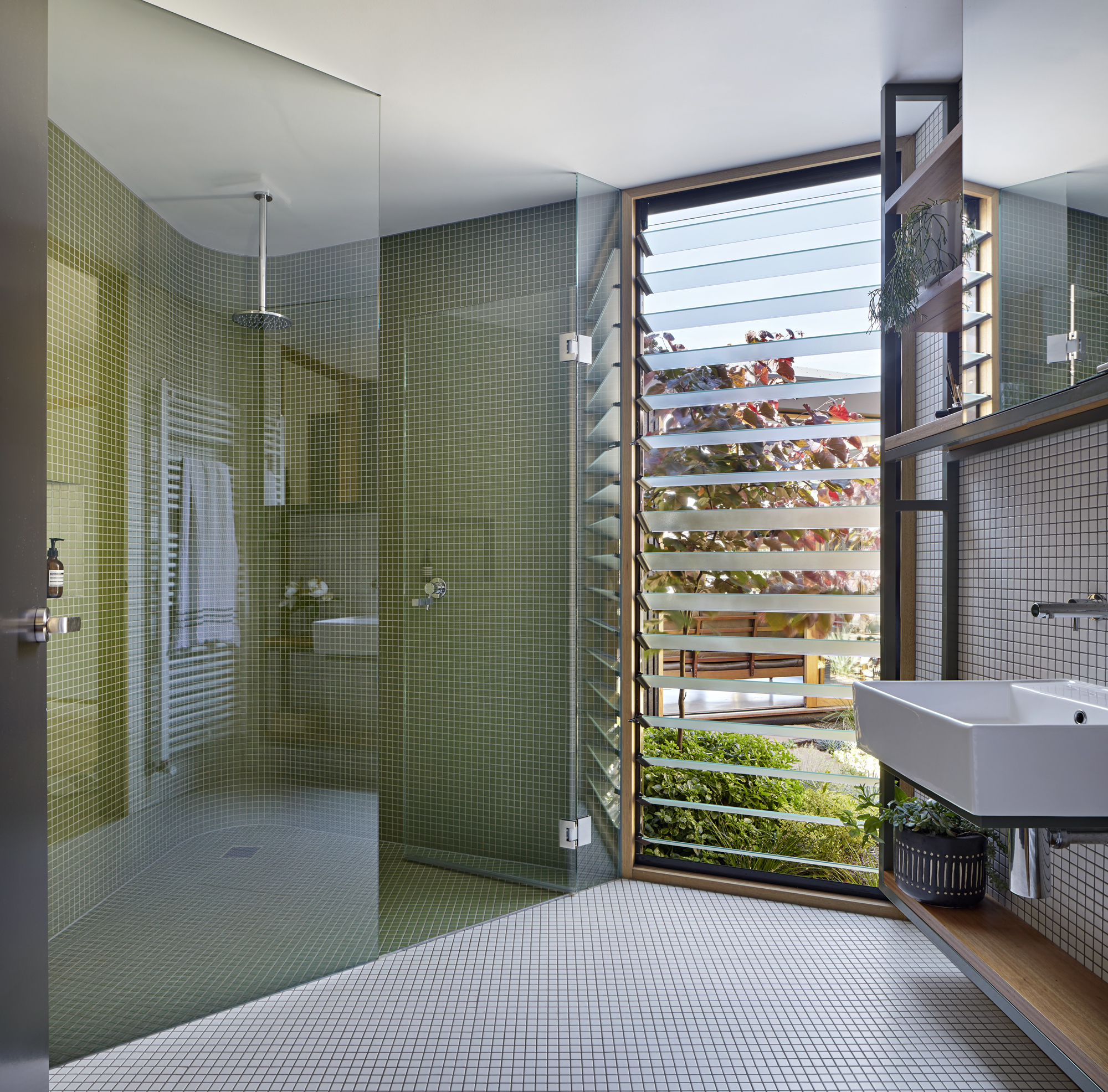 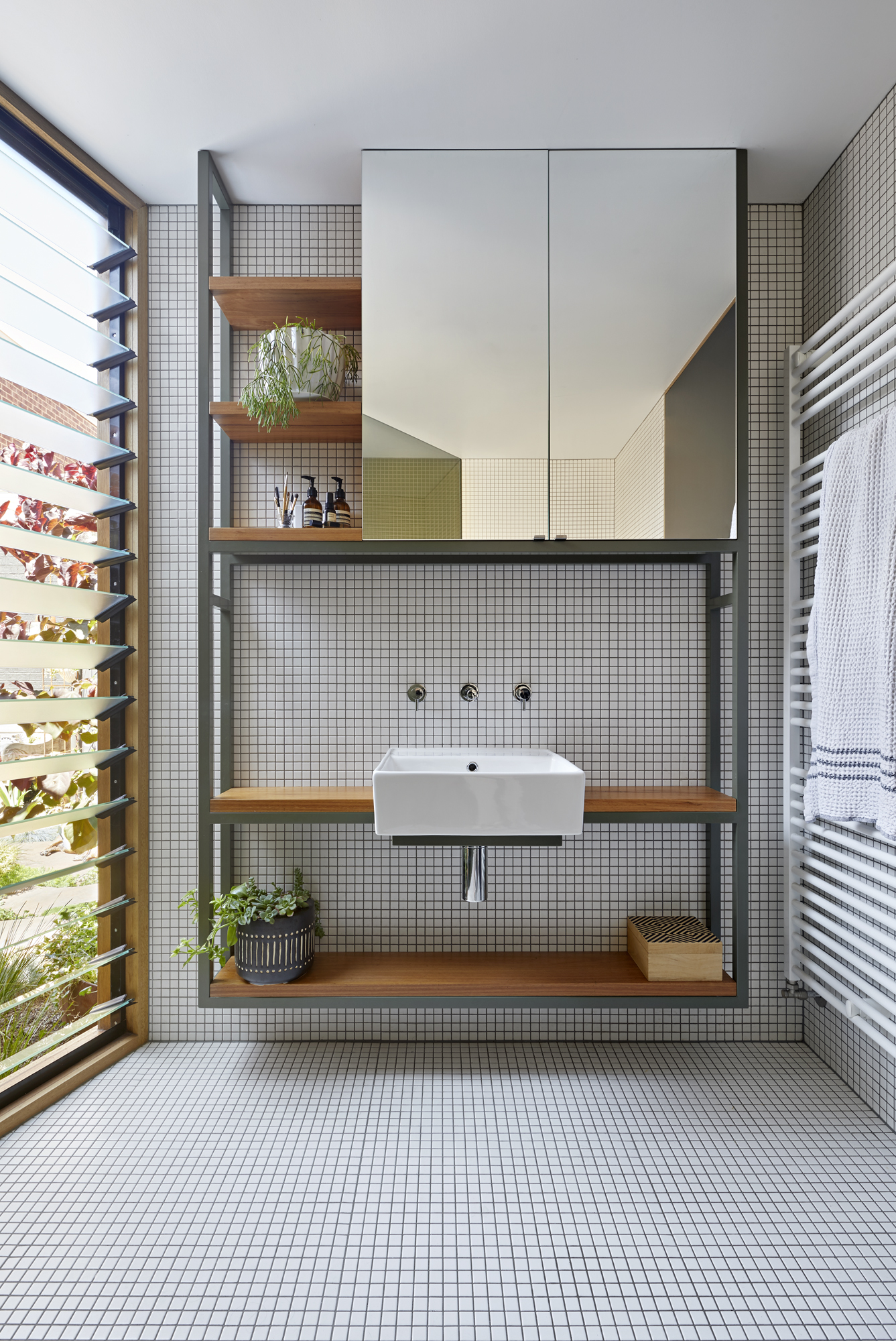 BENT Annexe is designed to promote outdoor living, making the transition from inside to out, effortlessness. The way BENT Architecture have dissolved walls, blurred boundaries and surrounded living spaces with garden means even when you're inside, you feel as though you could be in the garden. It's a relaxed addition which contrasts the solidity of the original home with lightness, ensuring you're never far from a gentle breeze, a view of the garden or a warming spot in the sun. 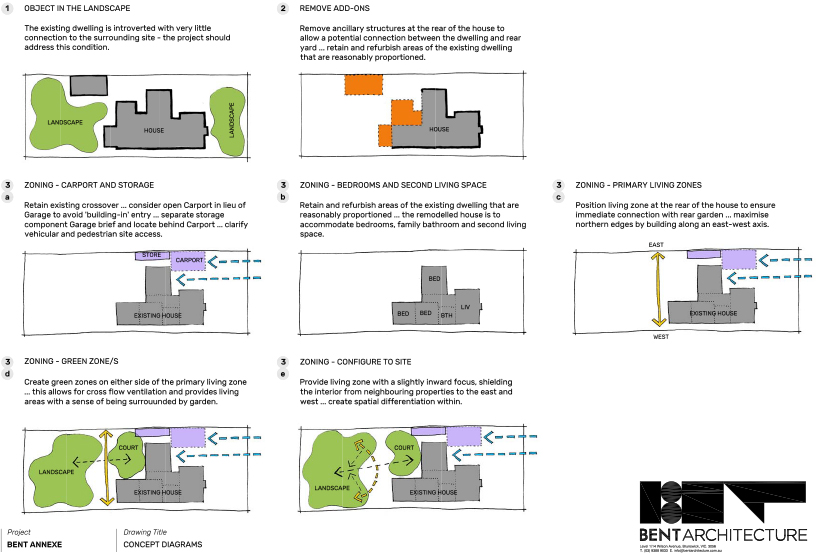 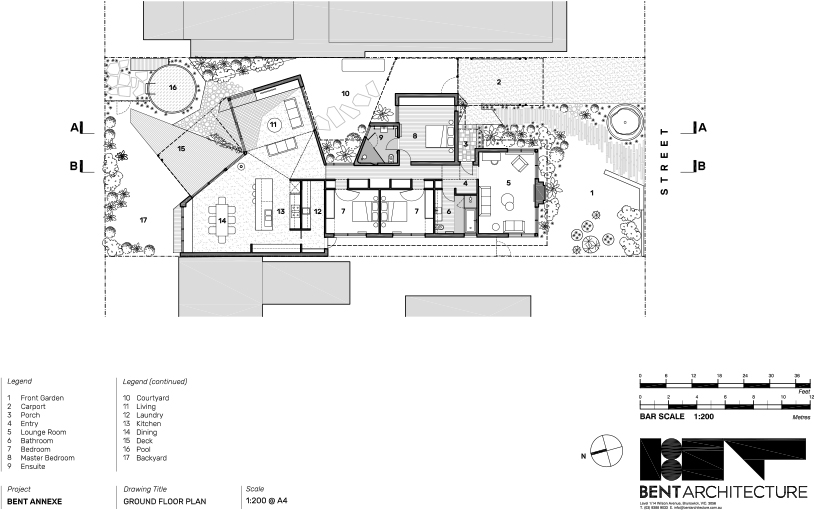 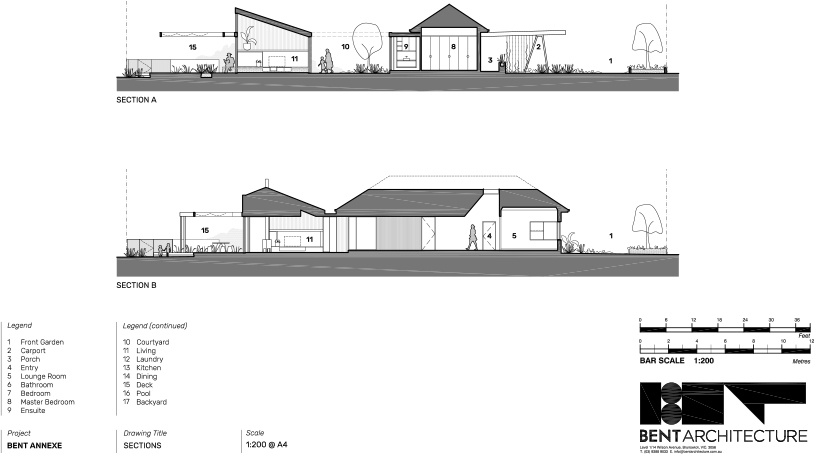 Tell us what you love about BENT Annexe...