The first in a series of studies into the adaptation of vernacular Australian suburban typologies, Bild Architecture's Blurred House is a major renovation and extension to an original 1930s Californian Bungalow in Melbourne's inner-north. 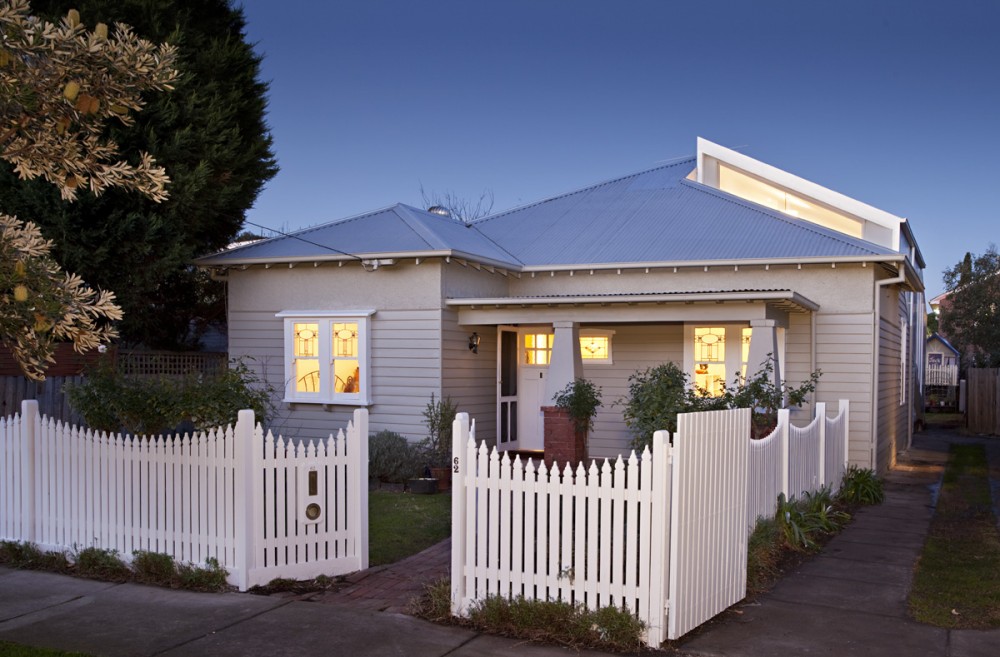 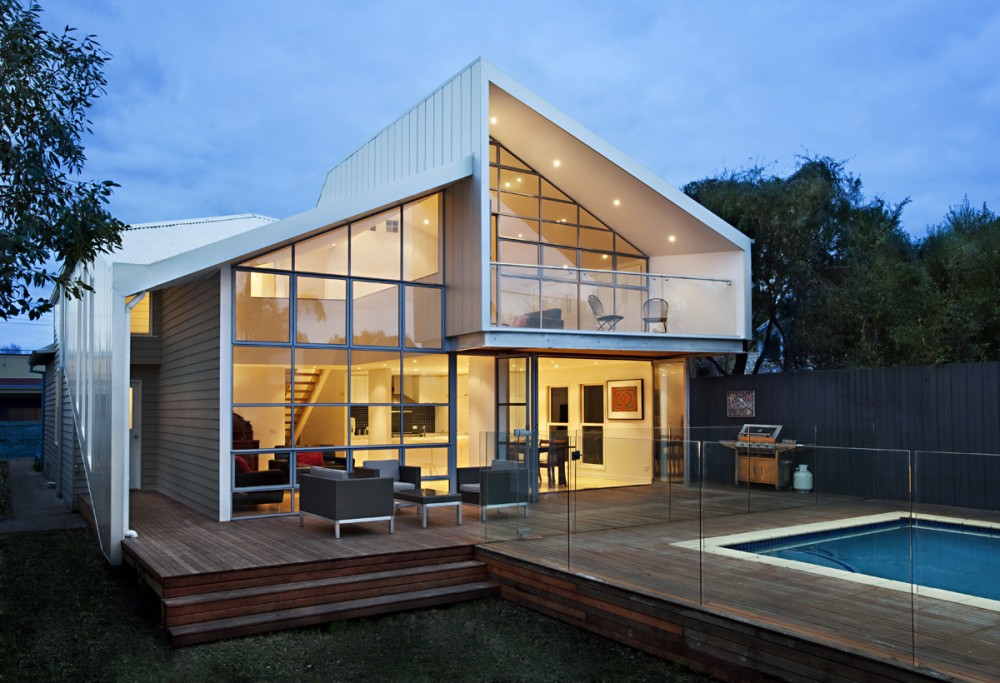 Not Another Jarring Juxtaposition

Reacting to the established convention of residential extension which prescribes a jarring juxtaposition of existing ‘old’ and introduced ‘new’ architectural elements; the ‘Blurred House’ offers an alternative proposition; that of a blurring between ‘old’ and ‘new’ to produce a hybrid. Gradually transitioning from the vernacular to the contemporary, the division of architectural elements are deliberately ambiguous, producing a unique formal and visual language. 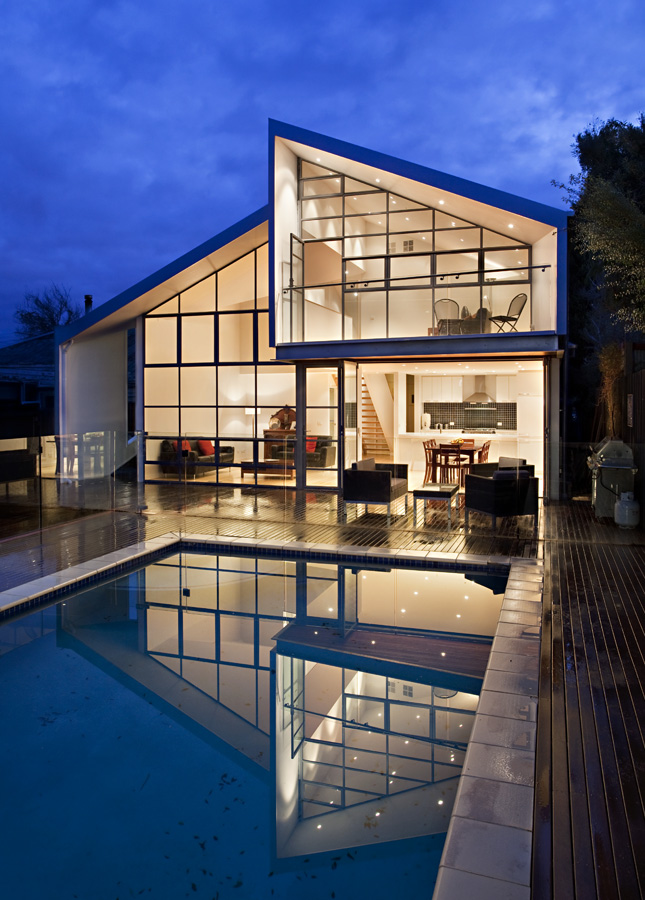 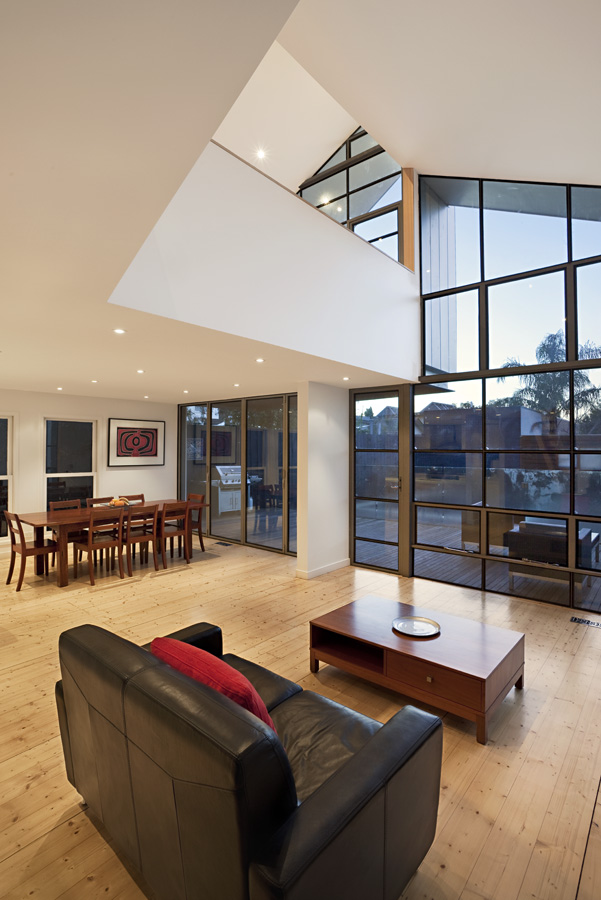 Viewed from the street, the house appears largely unchanged, with a small clerestory window the only hint of reconfiguration. Moving through the house (both internally and externally) new materials, spatial characters and formal language is progressively introduced. By the time of arrival in the back yard, the house has evolved into a different building — no longer recognisable from its original starting point. The architectural equivalent of a rabbit in a hat. 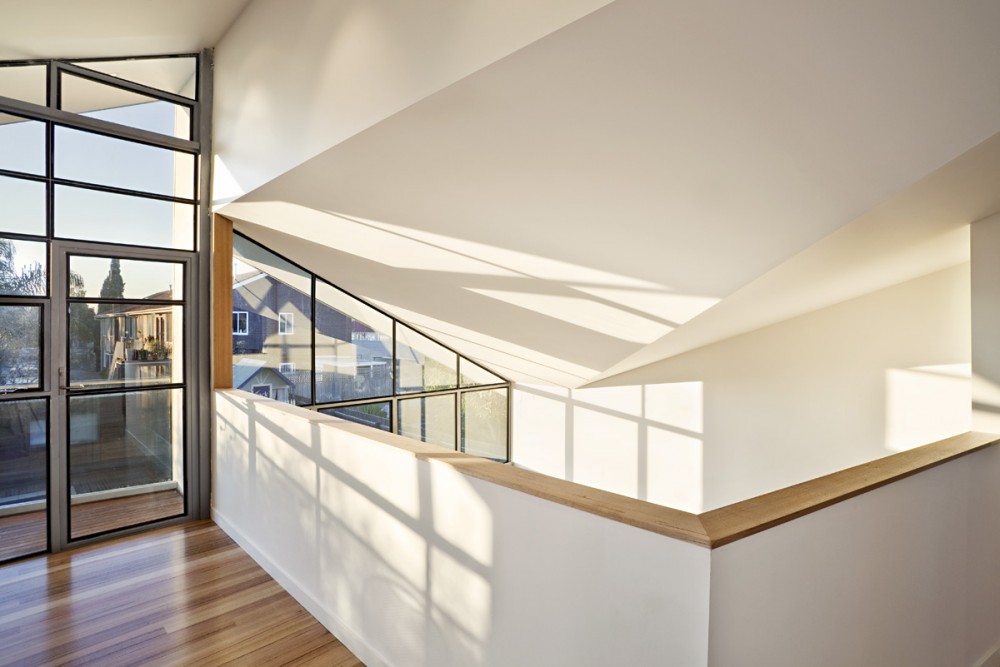 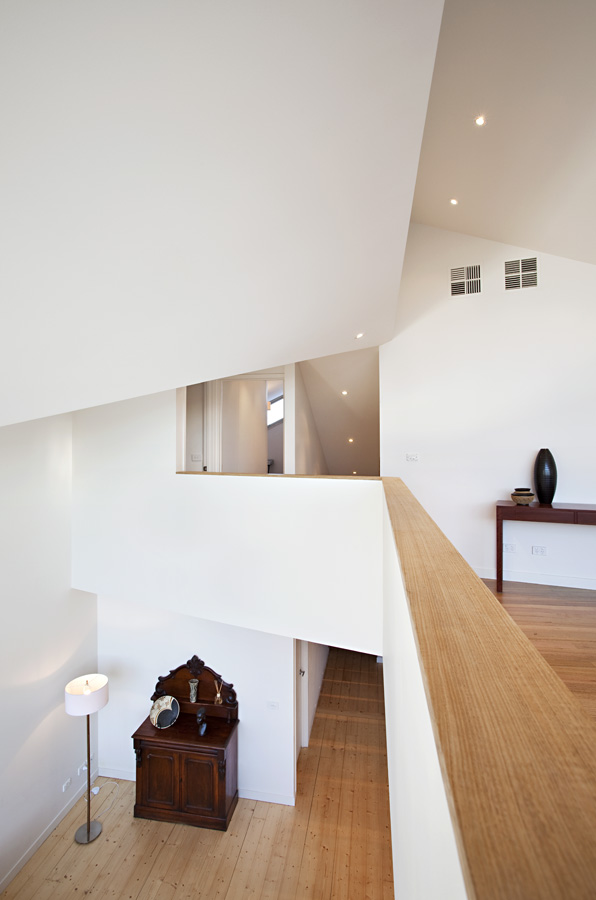 Reflecting the transition, rooms at the front of the property are left largely unadulterated, remaining more enclosed. On the other hand, living spaces to the rear are progressively more open and interconnected embracing the garden and pool areas. These varied spaces respond to different ‘modes’ of living, with different volumetric, acoustic, and light qualities. Whilst these spaces are linked to a greater or lesser degree, they are not ‘open plan’ in a conventional sense, rather configured in a more nuanced distribution of distinct spaces and functions. 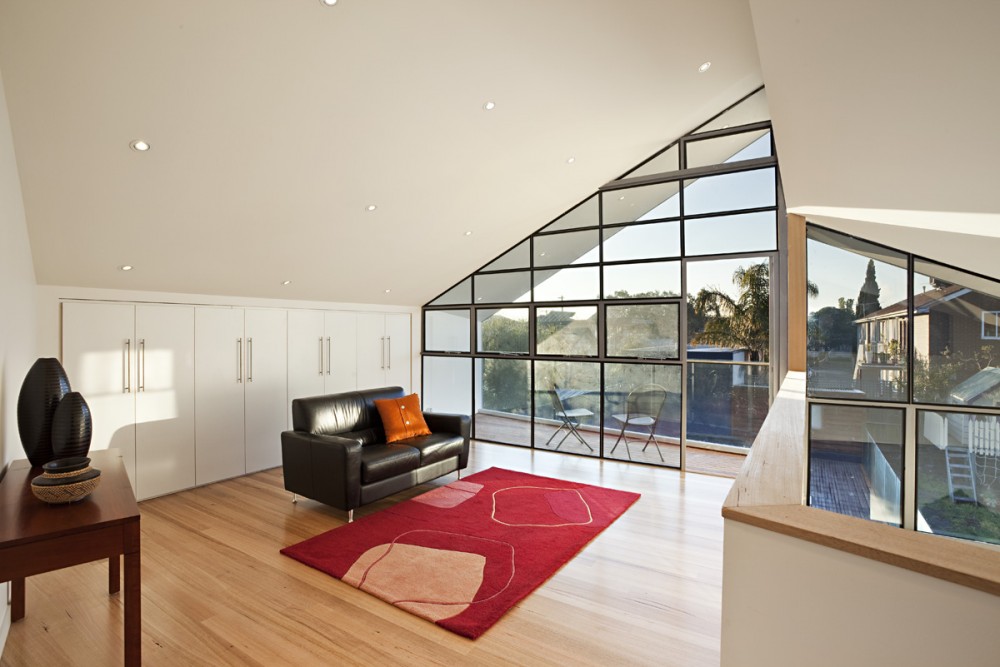 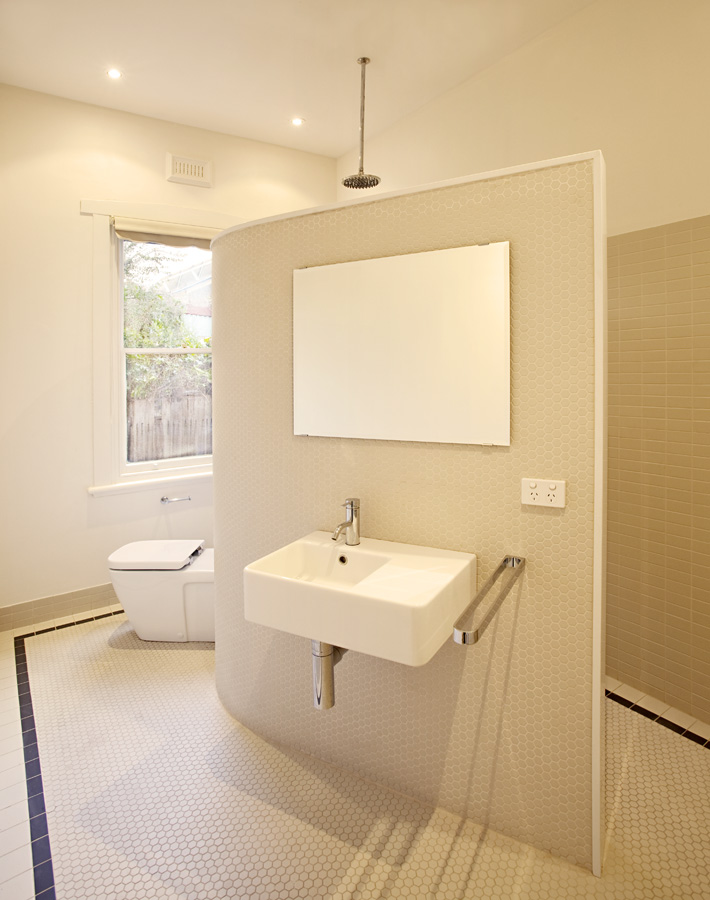 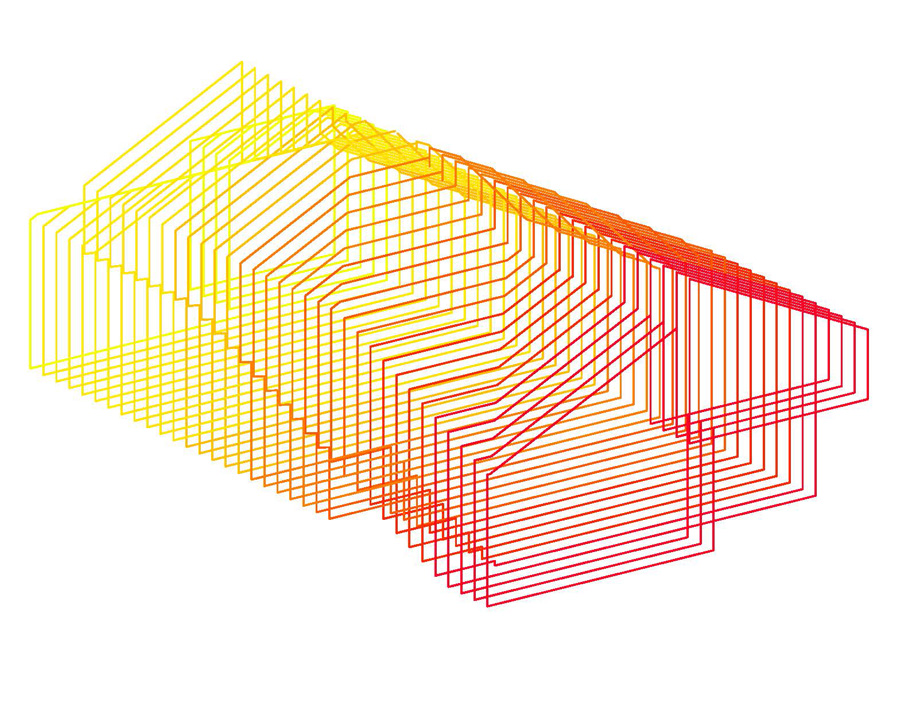 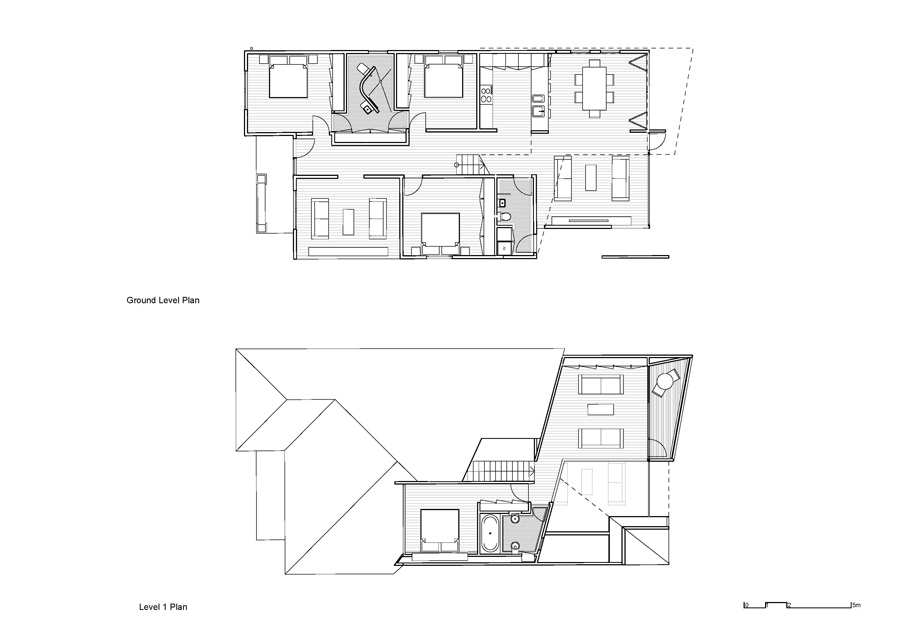 A hybrid of both old and new, oscillating between the past and present, the Blurred House sits comfortably in the street scape as something familiar yet alien. Distinct from both the area’s new housing and the original suburban fabric the Blurred House is neither little red riding hood or the big bad wolf, somewhere in between.