In a dense inner-city area, it's rare to find a site where you can start from scratch. What would your priorities be for a new build in the city? 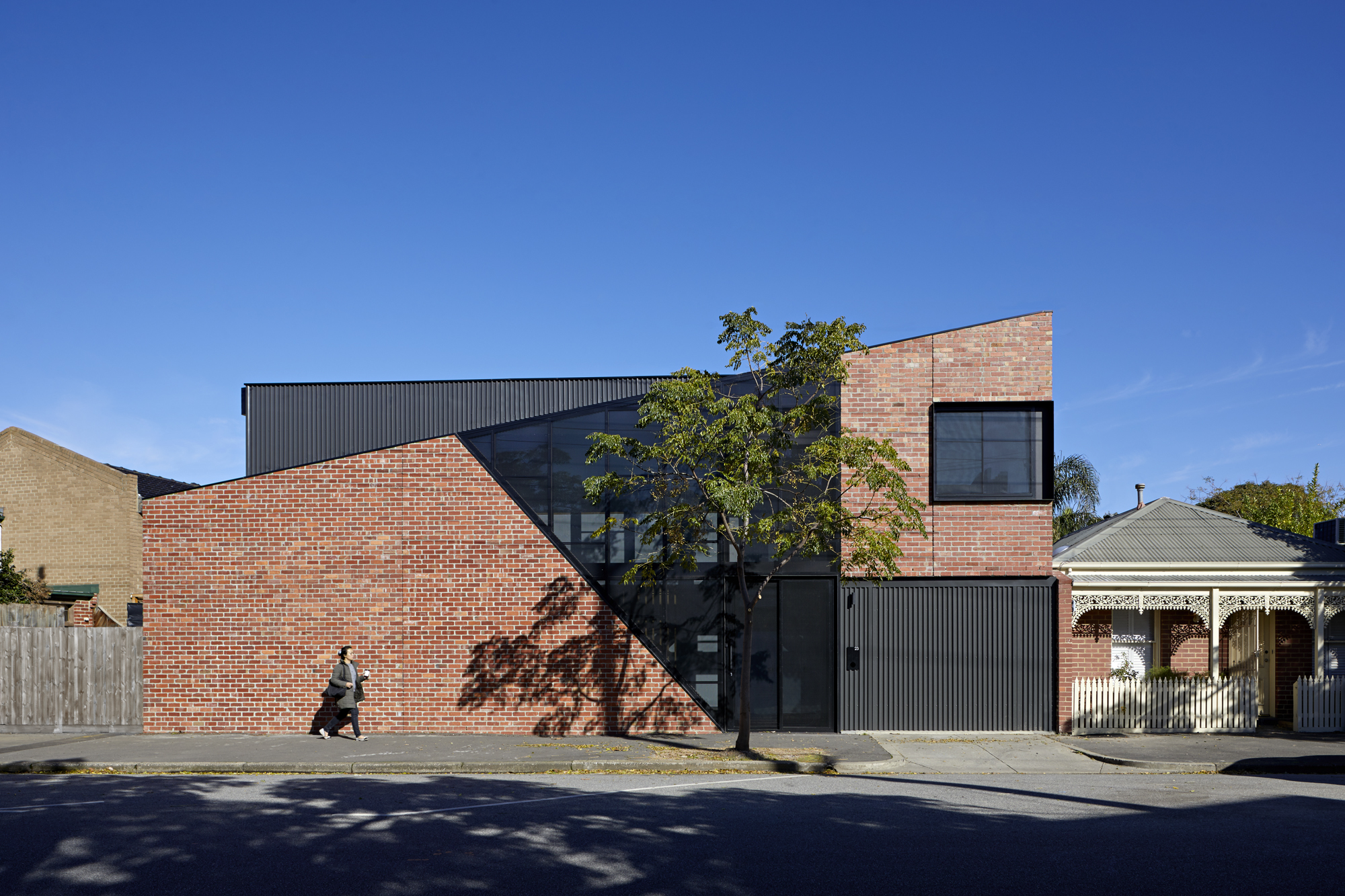 This site, in Port Melbourne is an unusual one for a number of reasons. It's a small, irregular shape, for one, with a particularly wide street frontage. It's surrounded by neighbours on all other sides - a mixture of houses on one side of the street and commercial and industrial on the other. And, importantly, the existing house could be demolished, leaving Chan Architecture with a clean slate. 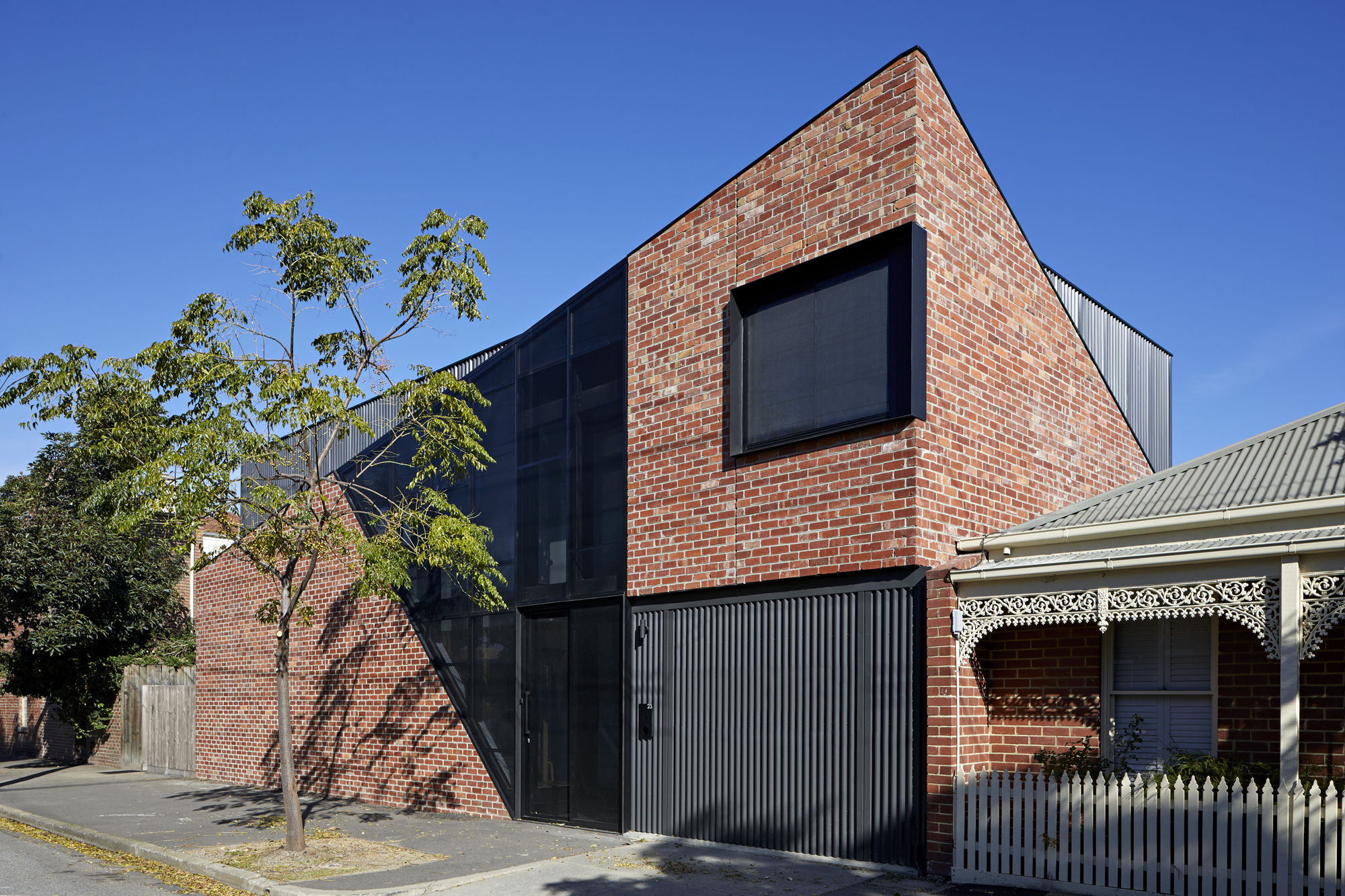 The architects took inspiration from the surrounding buildings to design a new home that makes the most of the small block, but still feels part of the neighbourhood. "Our response was to start with materials that were prominent in the area – red brickwork, metal cladding and perforated sheet metal which we used in a unique manner", explains architect Anthony Chan. "Strong, angular lines were used in conjunction with recycled brickwork that made reference to the warehouse aesthetic prominent in this part of Port Melbourne." 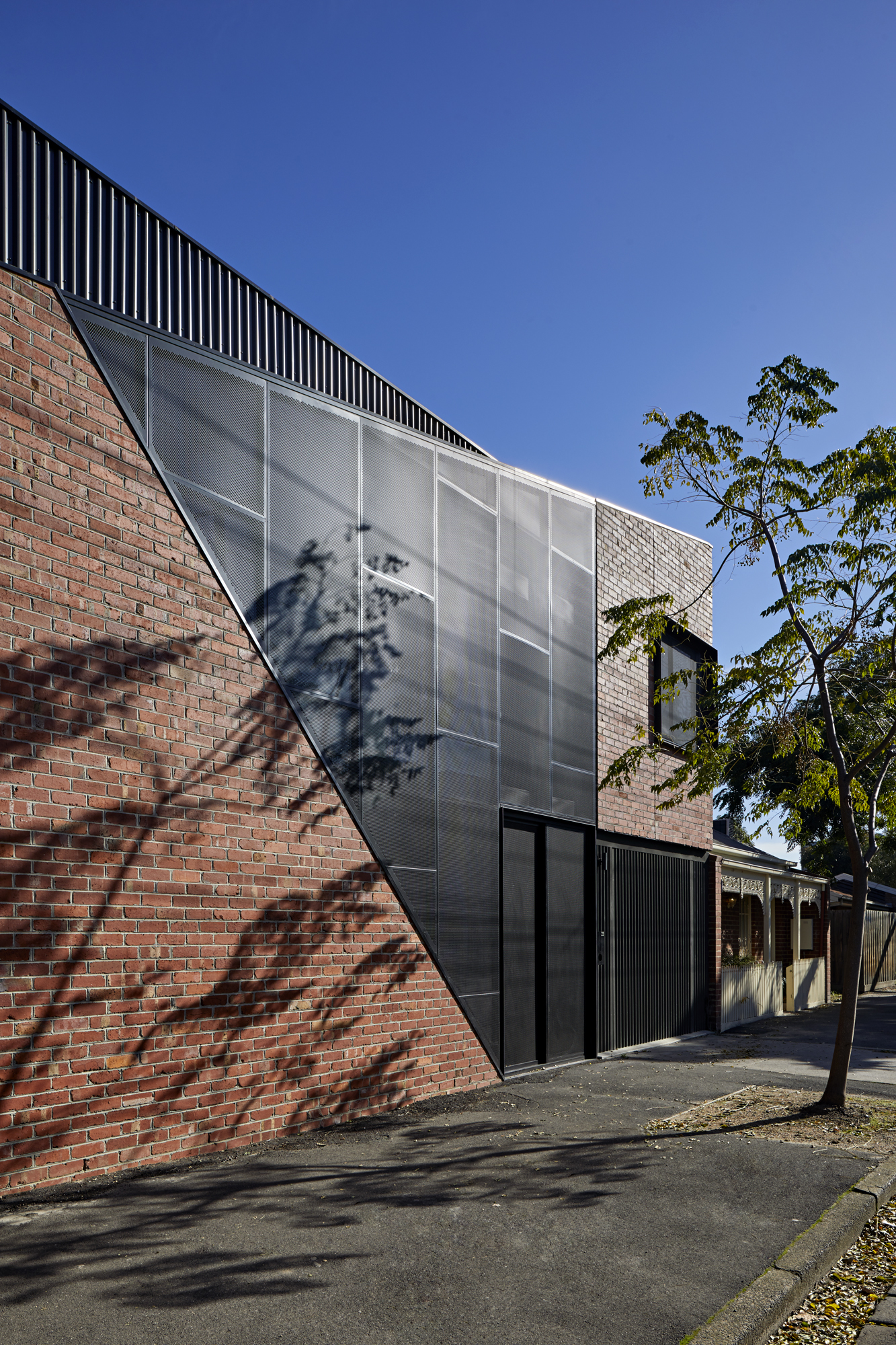 The facade peels open on the street, using perforated metal to expose the steel structure behind. This ensures the home's privacy in spite of a large street frontage, while still allowing for natural light and gives the facade a lighter, more translucent feel. 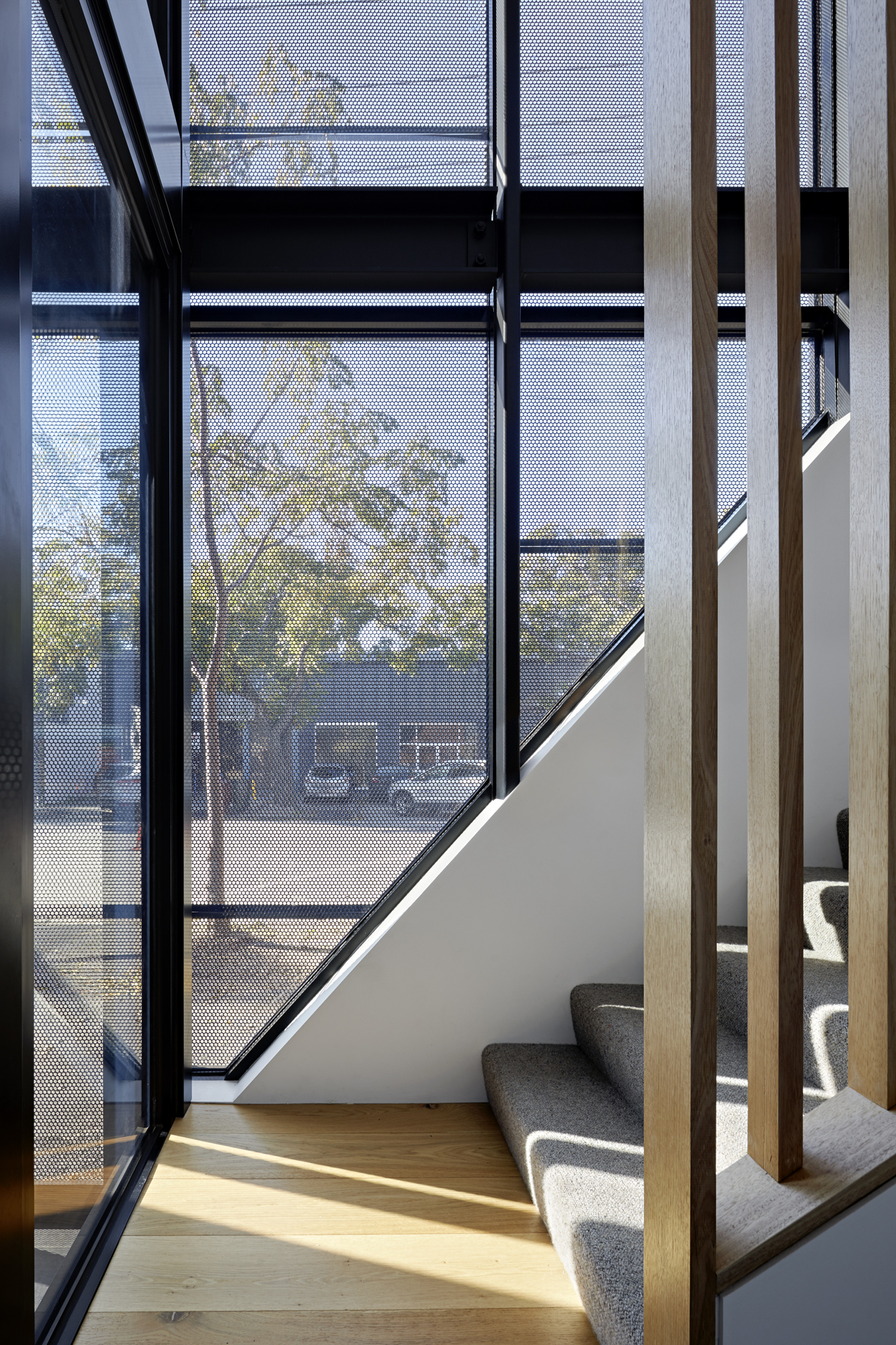 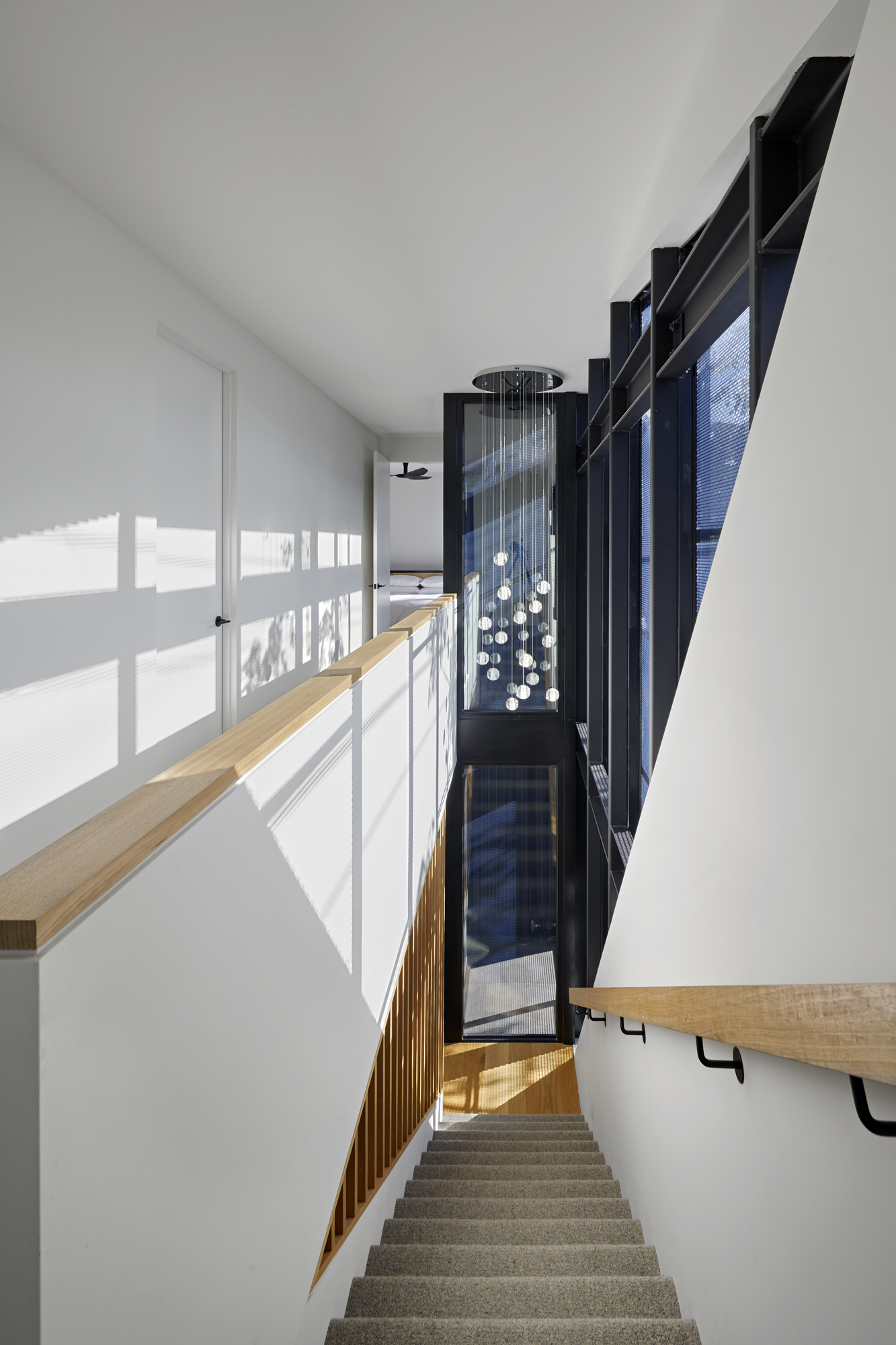 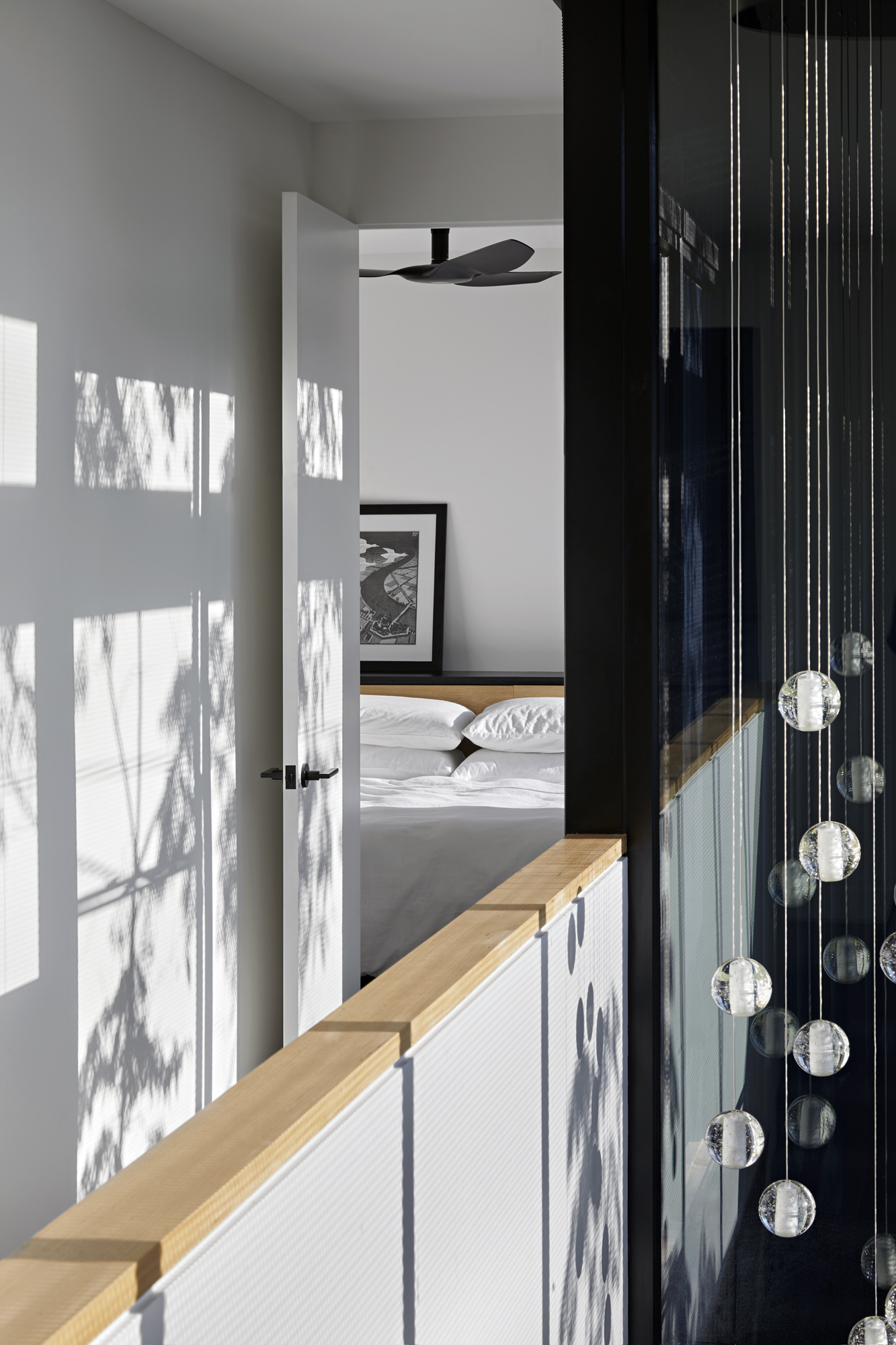 The entry, stairs and hallway run along the street side forming the spine of the home and creating a buffer for the living areas. But more than a utilitarian space, this area is more like a light display, with light filtering through the perforated metal facade and timber balustrades casting ever-changing shadowplay through the home. 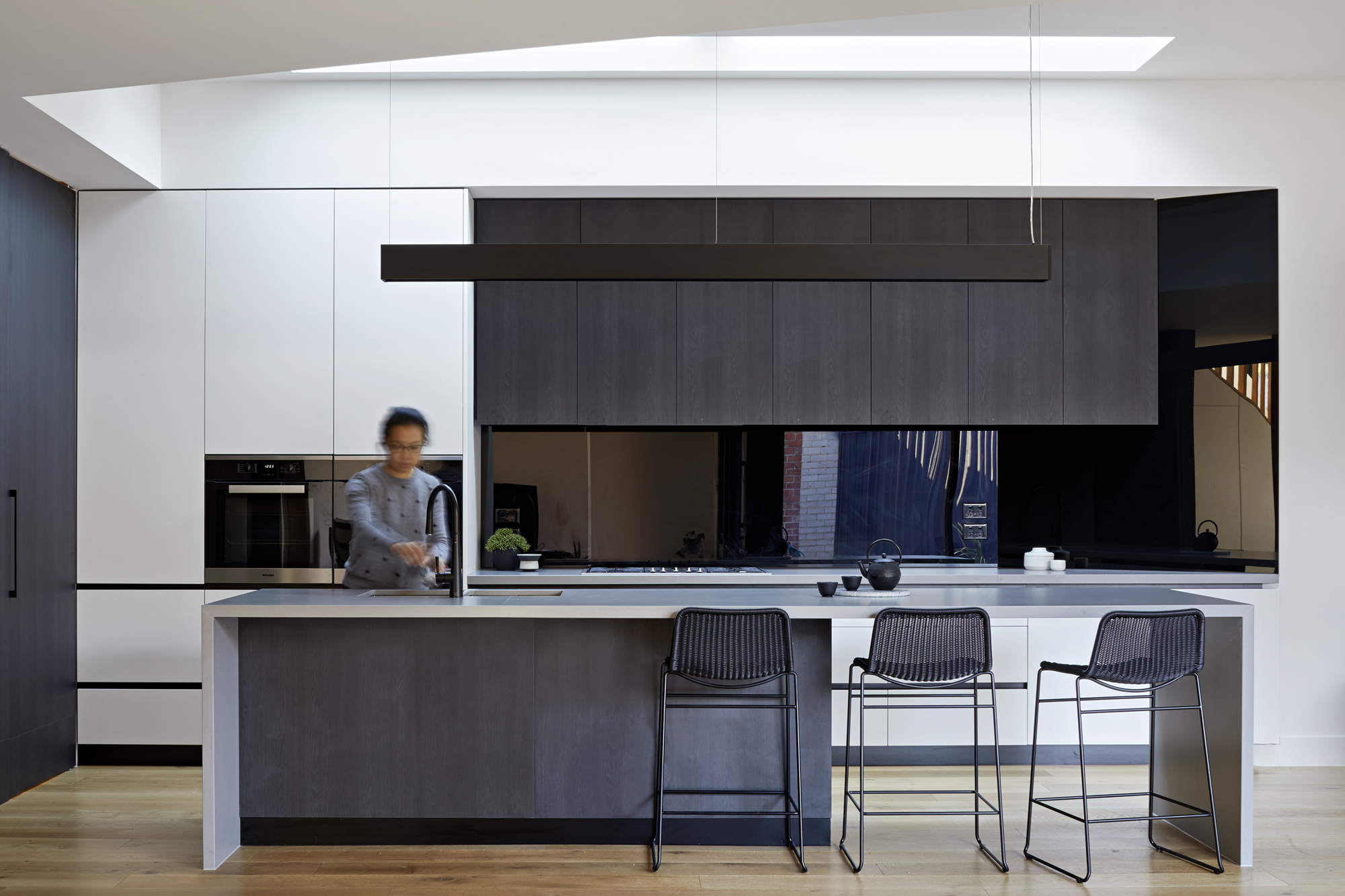 An L-shaped open-plan living area embraces a north-facing courtyard which brings even more light into the home. When warmer weather allows, sliding doors are pushed open to allow the living areas to overflow into the courtyard. In defiance of its small footprint, the home feels light and spacious. 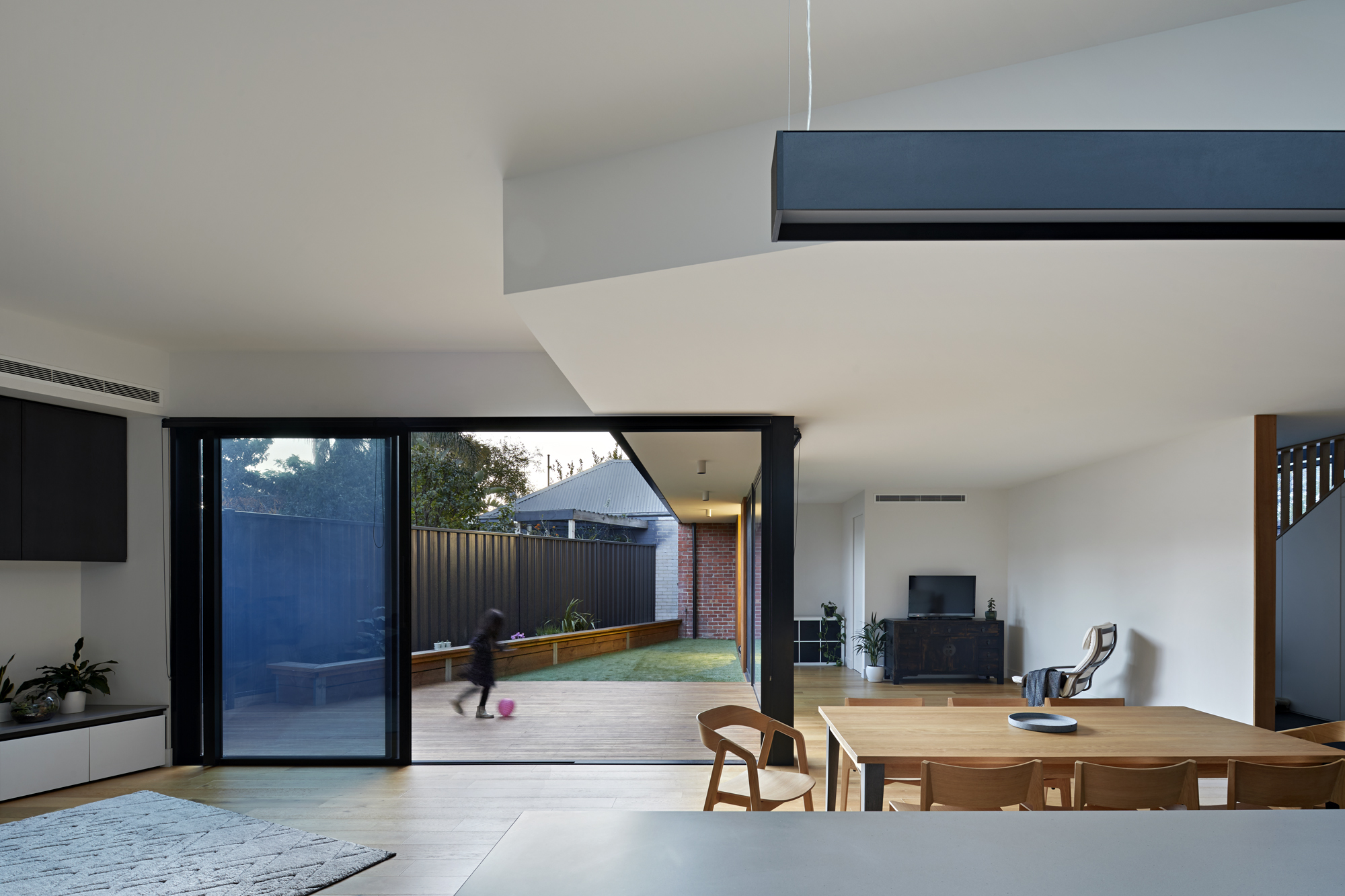 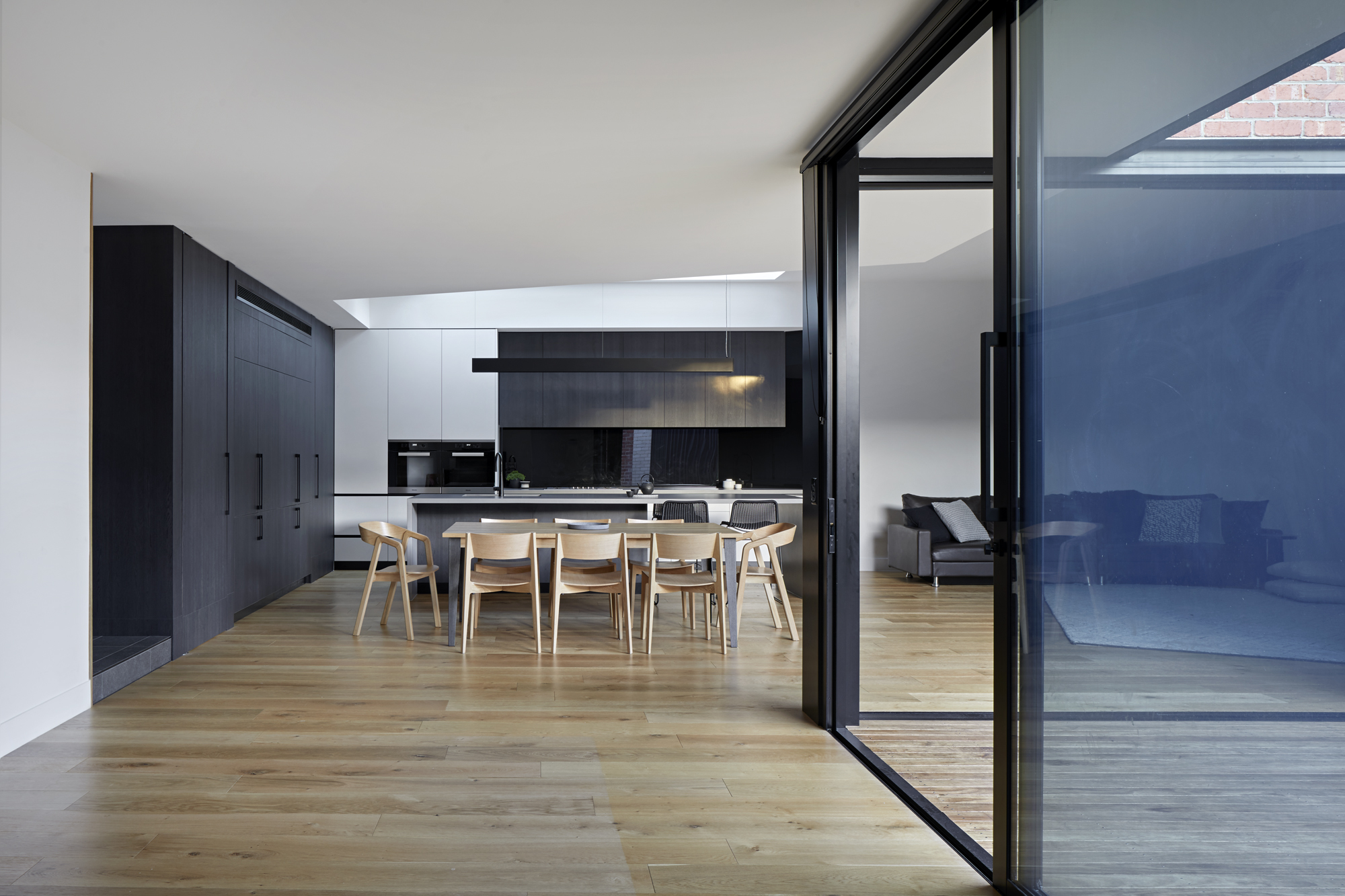 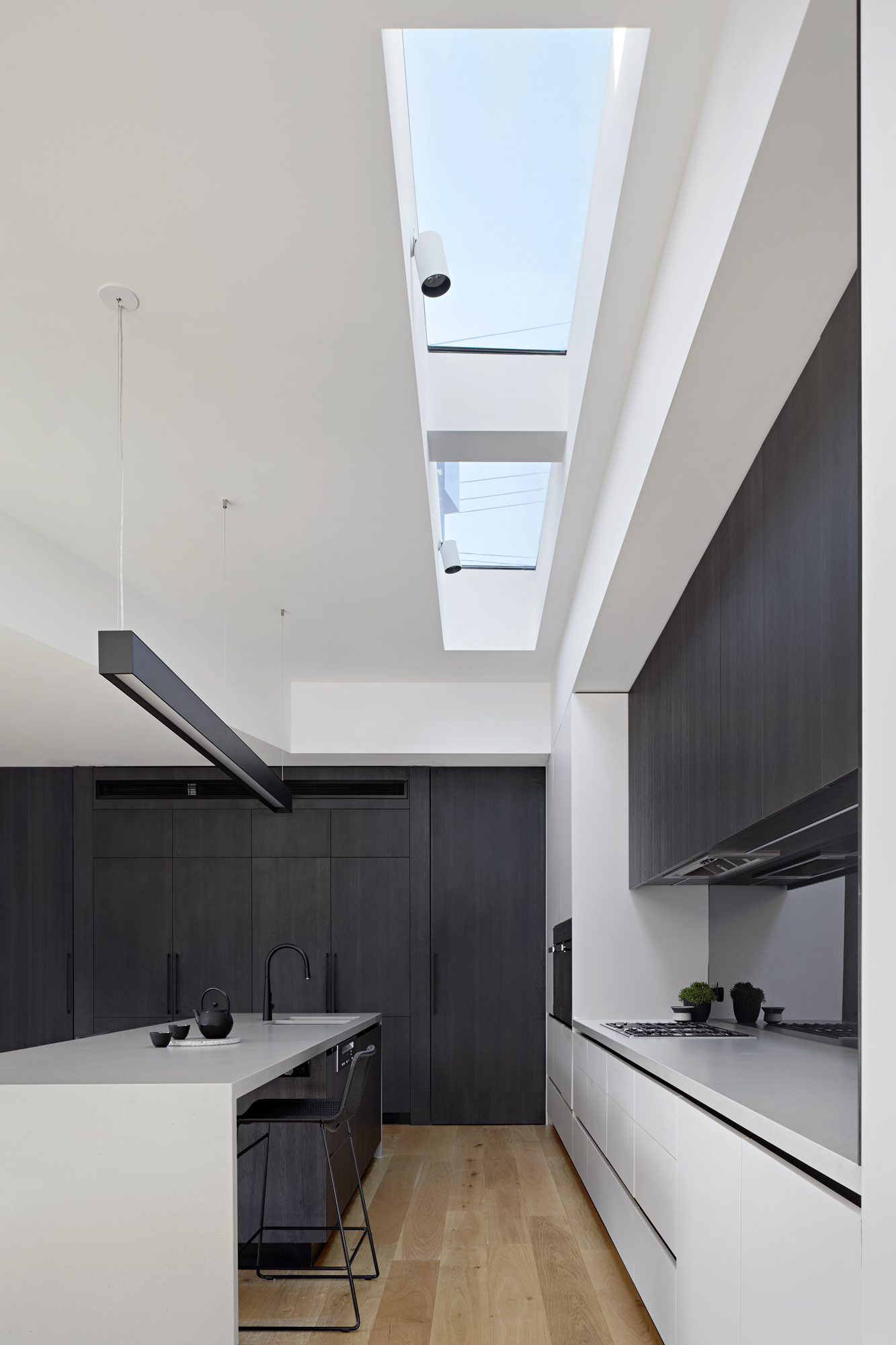 The ceiling hangs lower over the playroom and dining area, to create space for the bedrooms above to hunker down, imposing less on the streetscape. But the roof steps up over the kitchen and livng area to create a greater sense of space in these important areas. A strip skylight over the kitchen draws in another source of natural light. 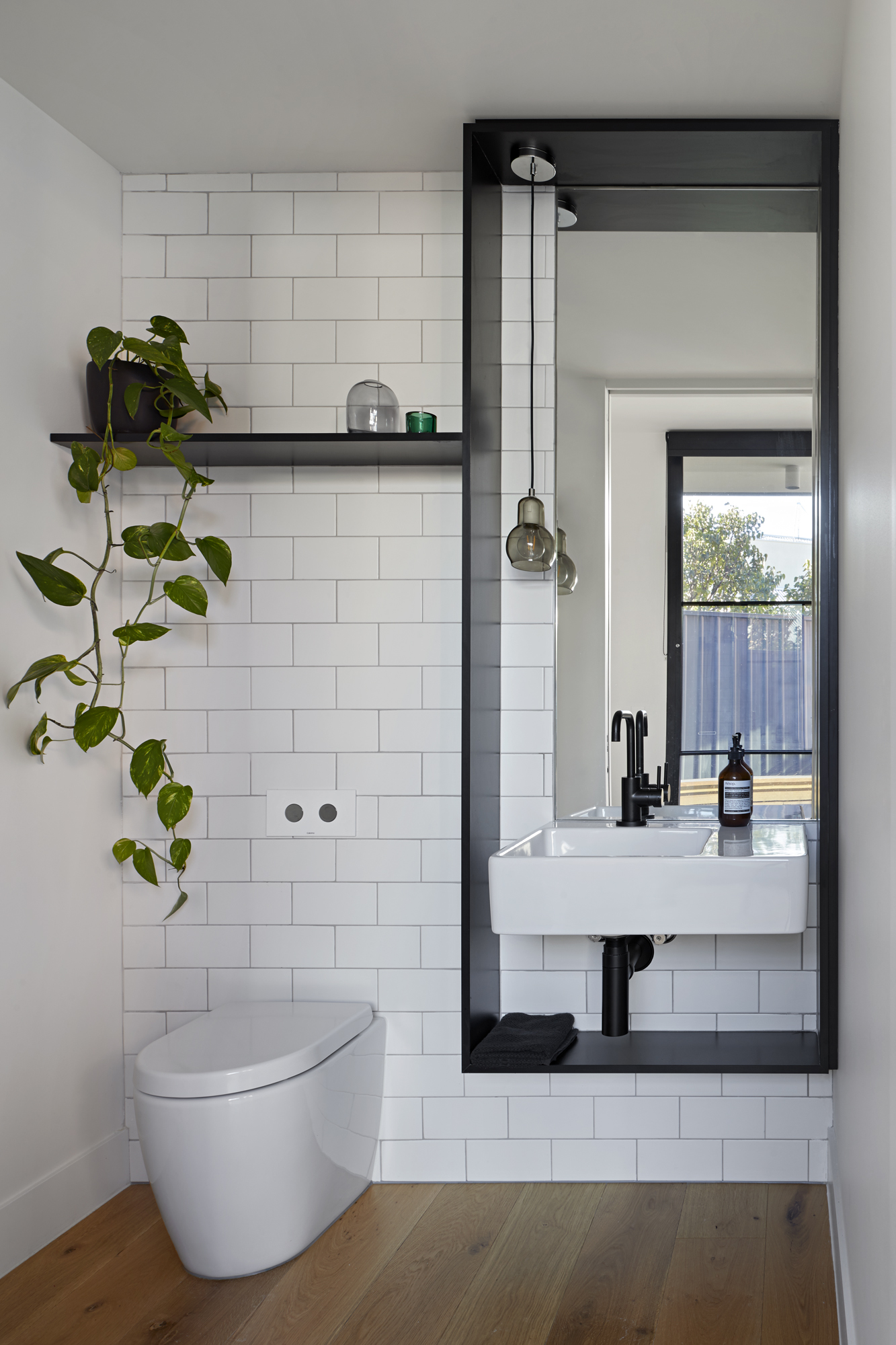 By cleverly manipulating space and light and reinterpreting the materials traditioanlly used in this neighbourhood, Chan Architecture have created a vibrant new home in a dense, heritage-filled area. The architects have taken care to make the most of a small and unusual site, ensuring this new home justifies replacing the old one. 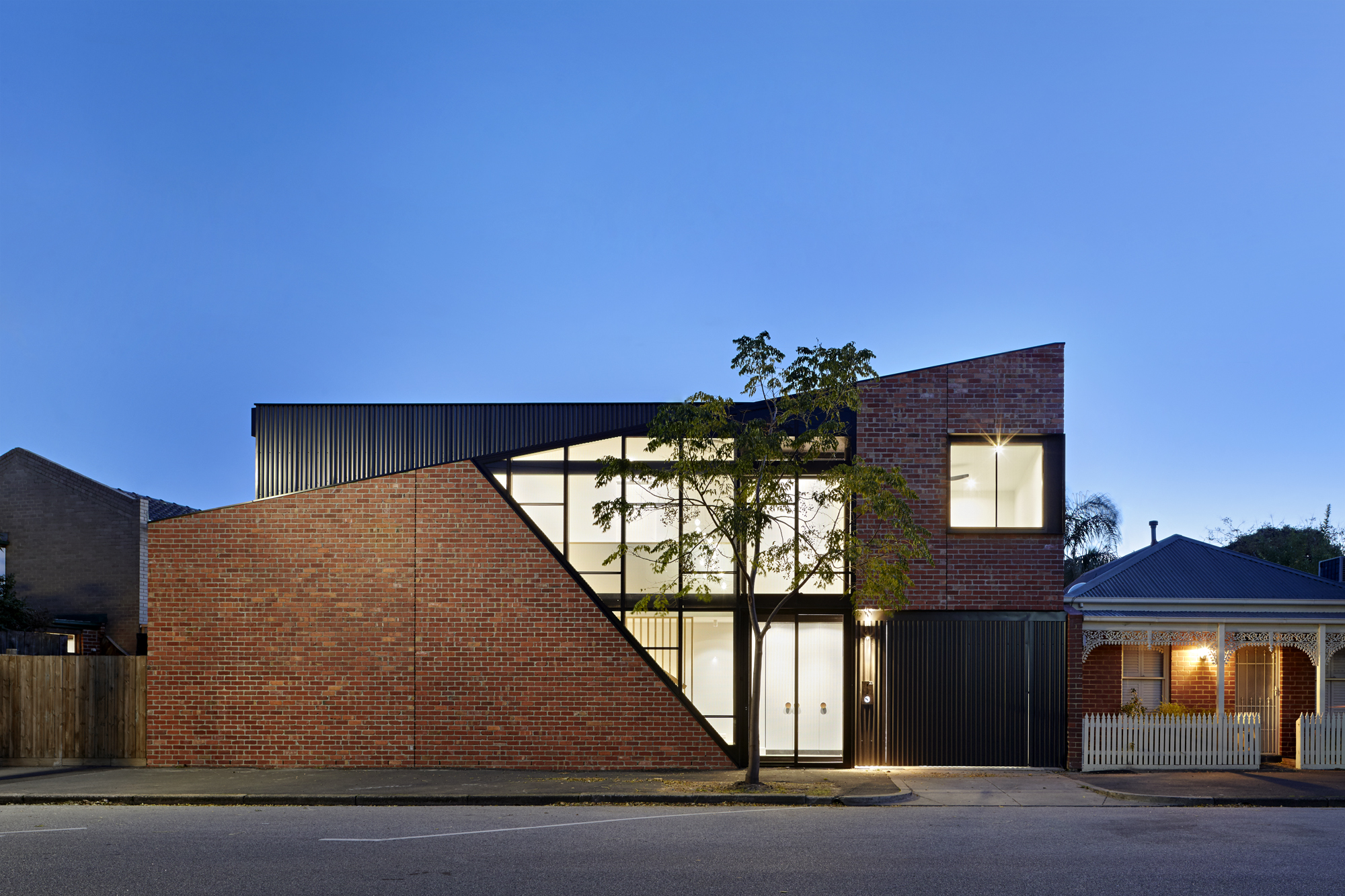 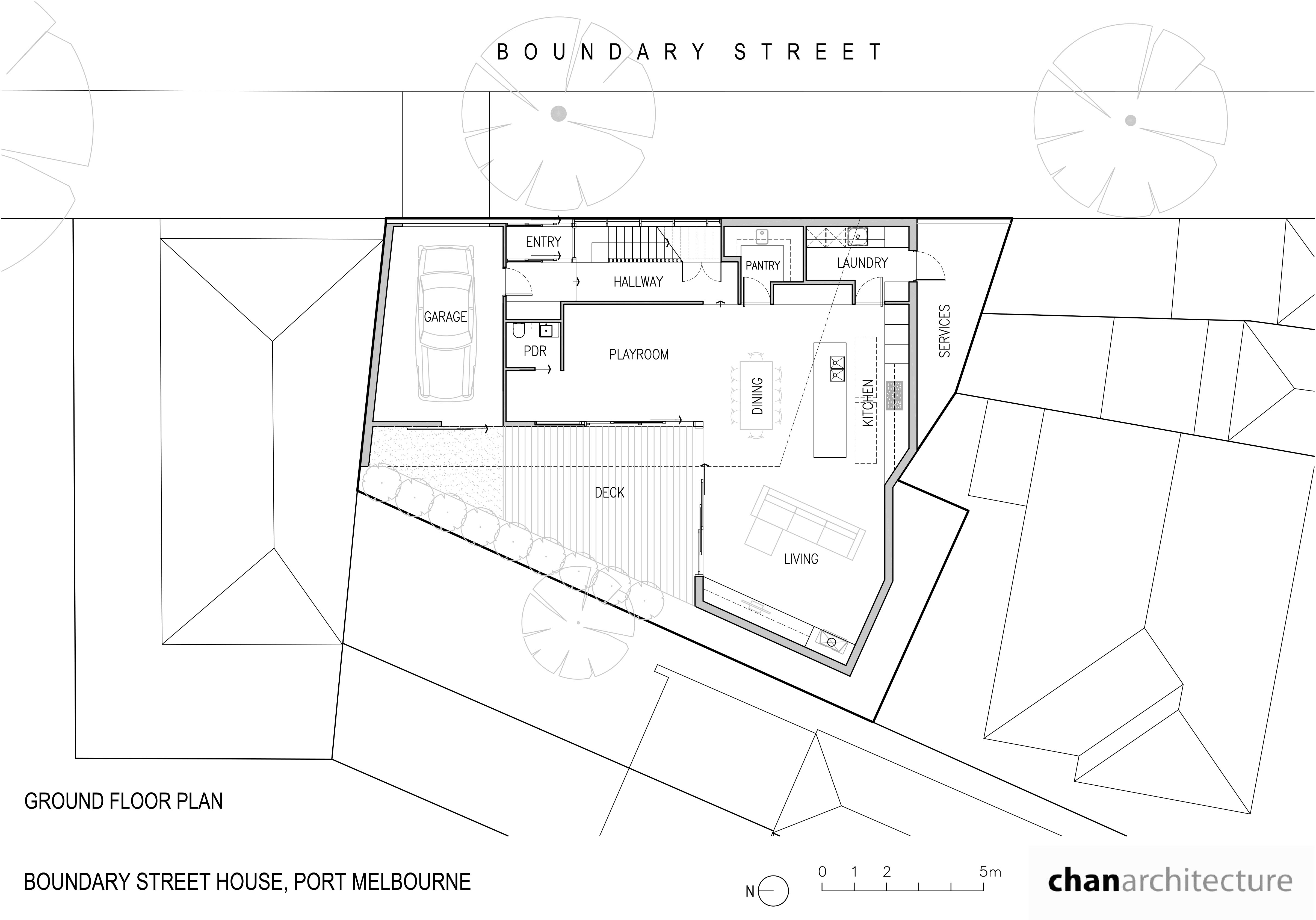 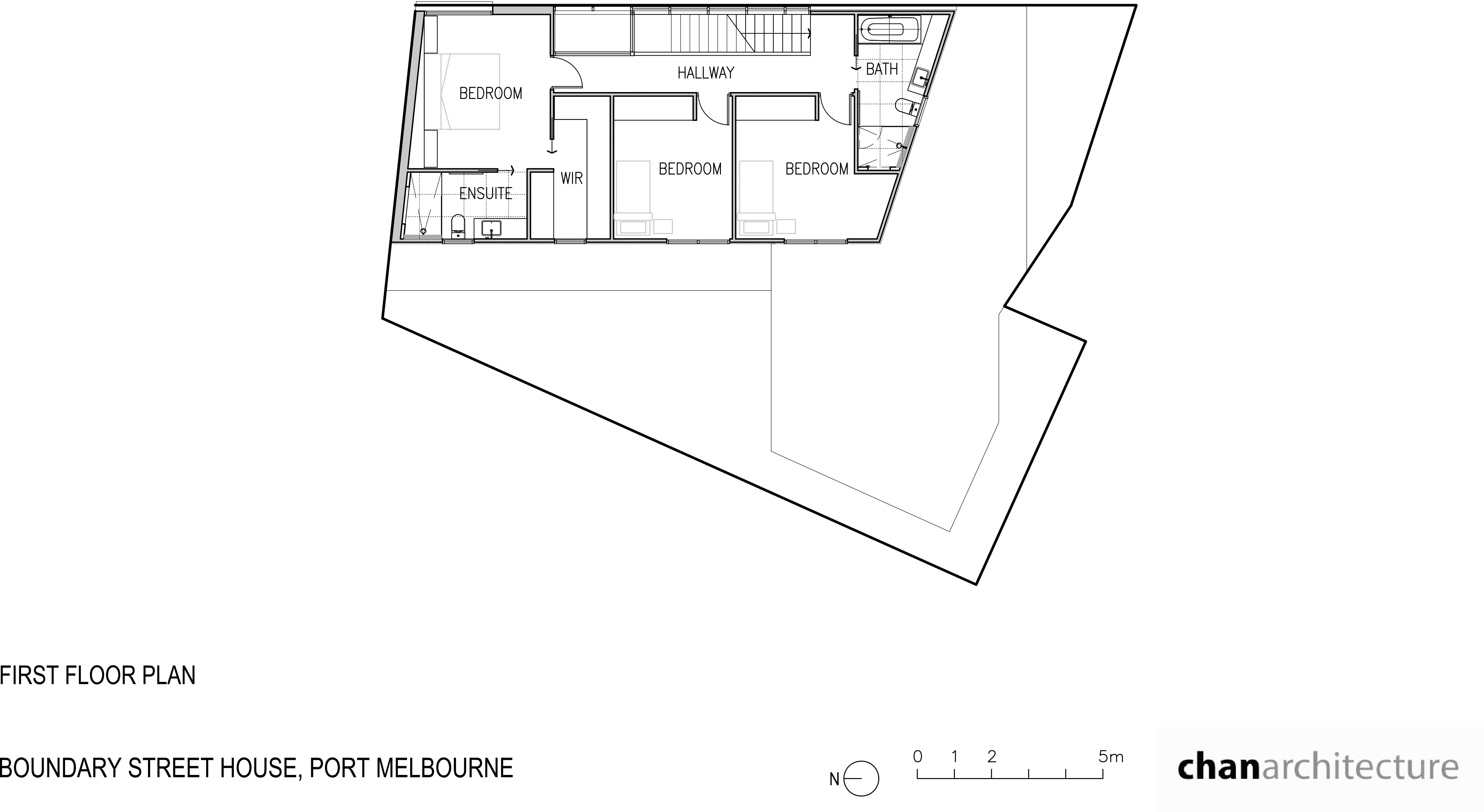 Tell us what you love about Boundary Street House...