The owners of a tired 1920s bungalow in Adelaide needed to renovate but Jane, a jeweller, and Simon, a building surveyor, didn't want a 'generic, open-plan box'. Davis + Davis Architects design feels open and interconnected, but it's no generic box. If you're over the ubiquitous white, open-plan kitchen, living, dining combo, this is for you... 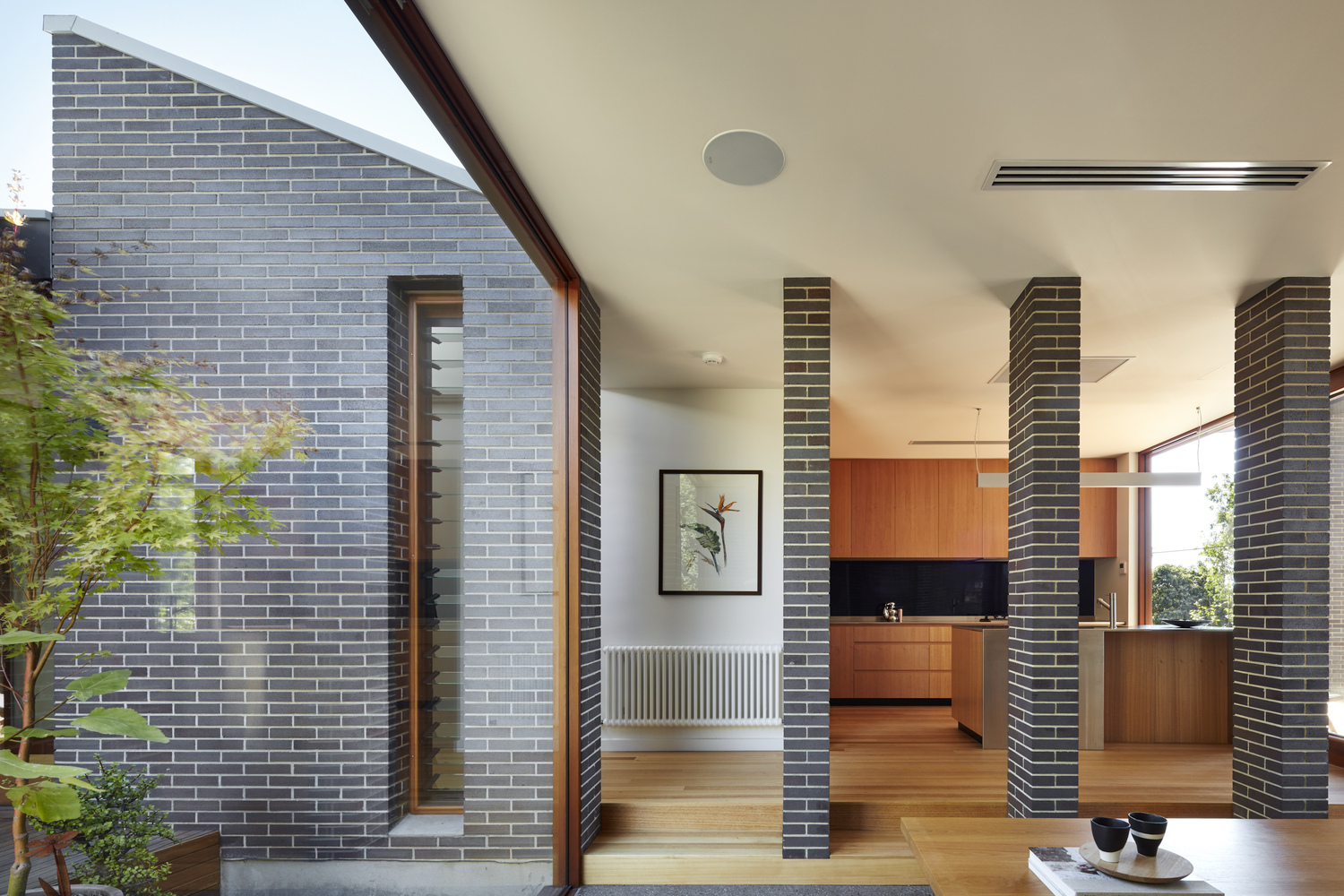 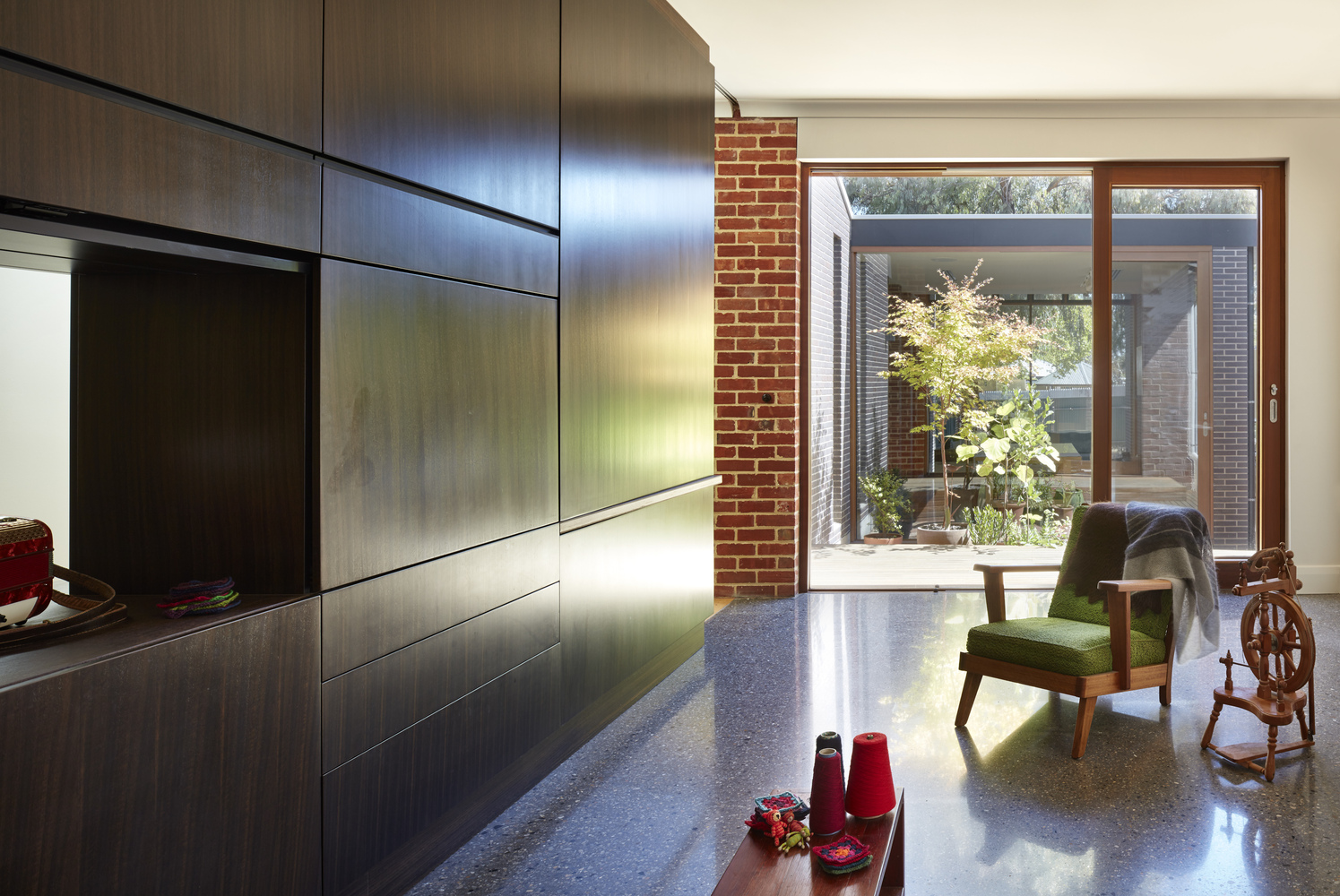 Bowden Bajko House has transformed the old home by adding an addition to the rear. But unlike your average rear addition, this home is defined by brick piers inside the home and a dramatic brick colonnade to the rear. Spaces throughout the house are interconnected and flow into each other, but they're perceived as separate rooms with unique identities thanks to the piers - making them neither generic nor open-plan. 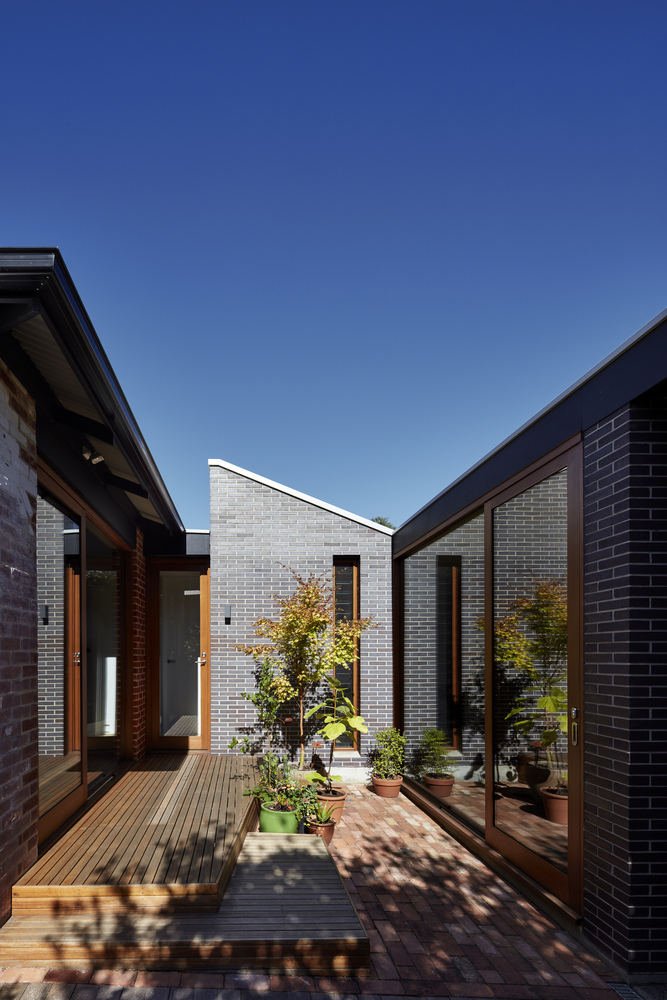 A courtyard separates the original house from the addition, bringing light into the centre of the home and creating a visual connection through the house, connecting the lounge and dining areas despite them being distinct rooms. 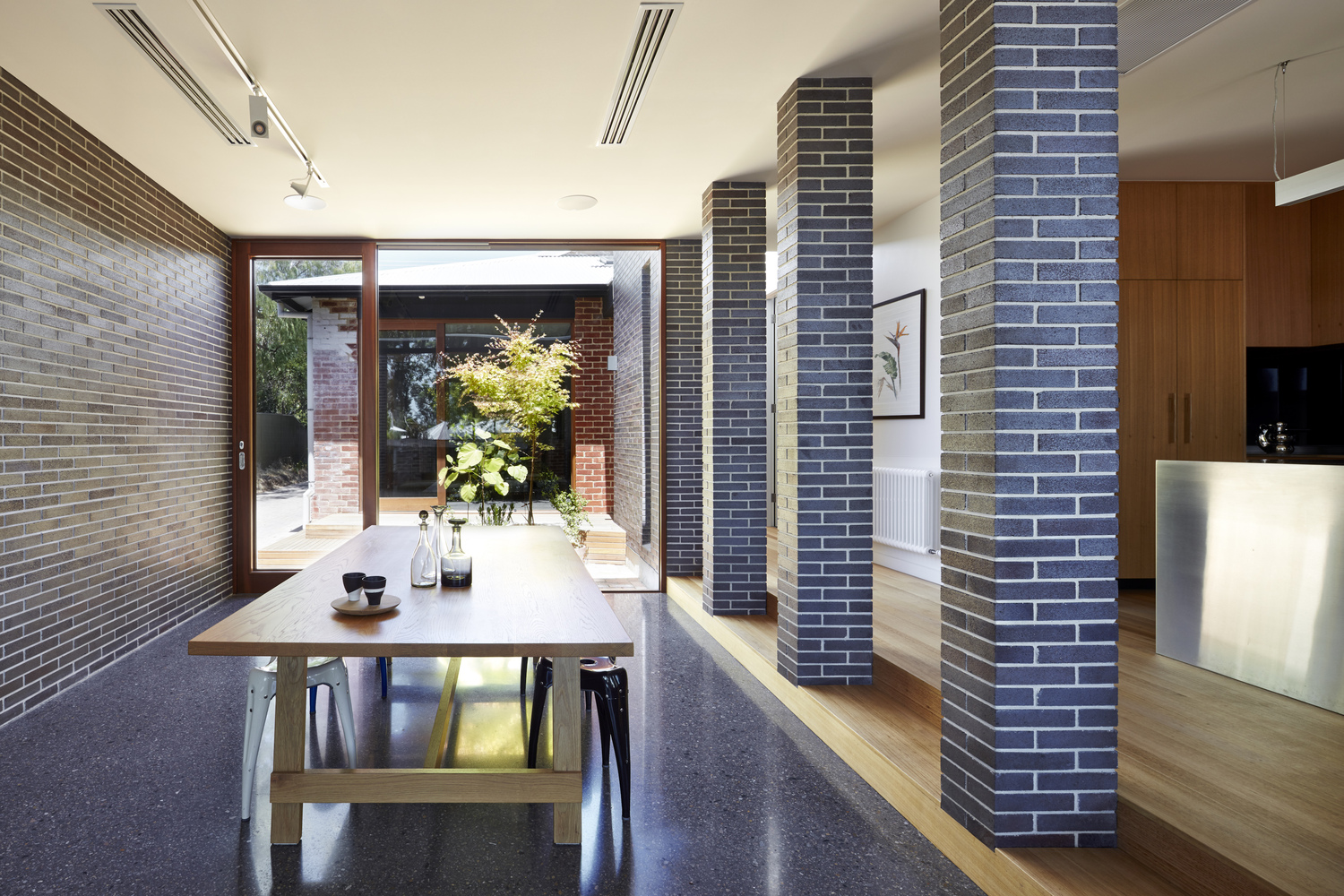 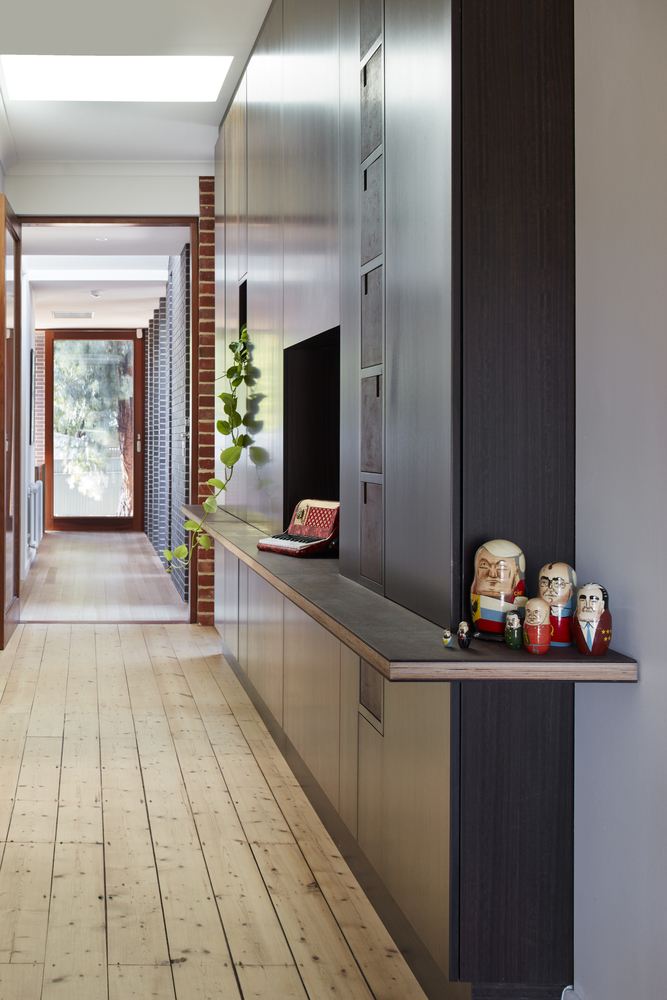 The bricks also relate to the original home: the old in red brick, the new in grey. "Old and new are stitched together with interconnected spaces, carefully framed views, new openings and spatial variety", the architect says. 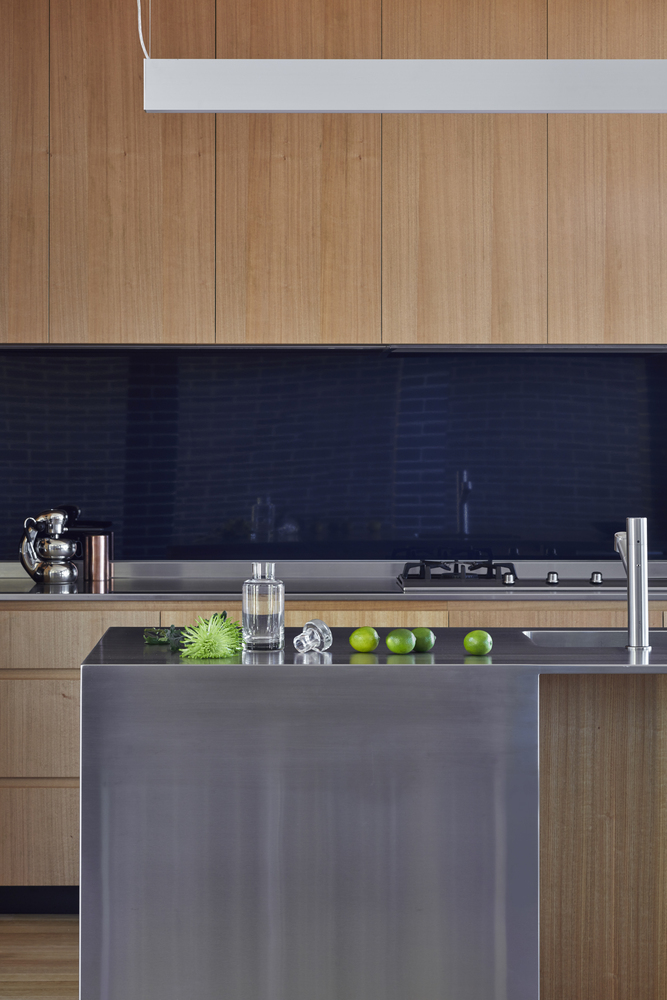 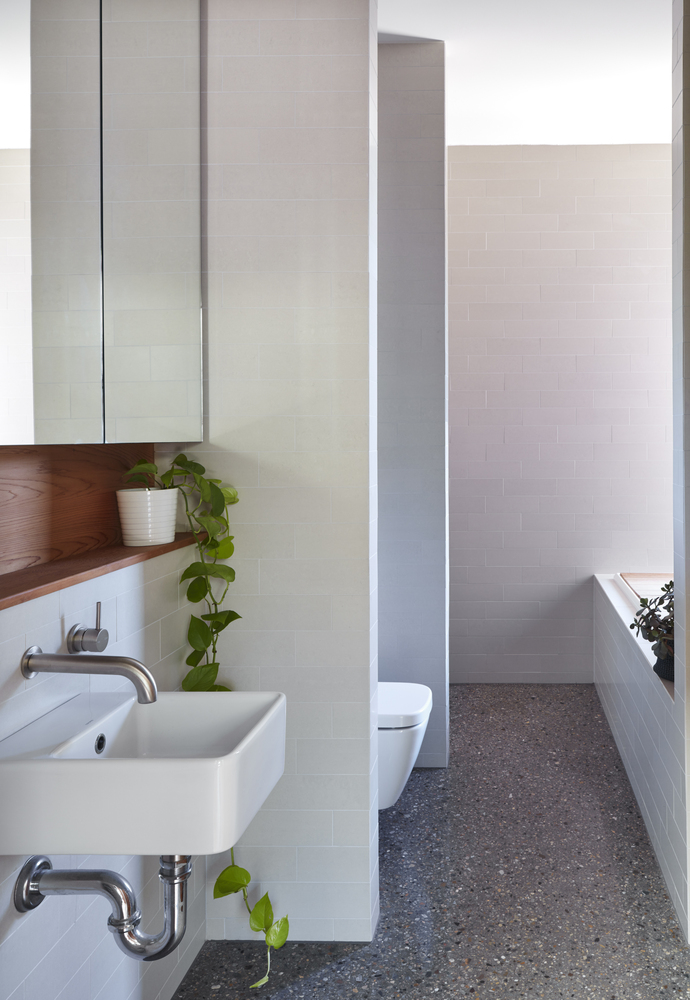 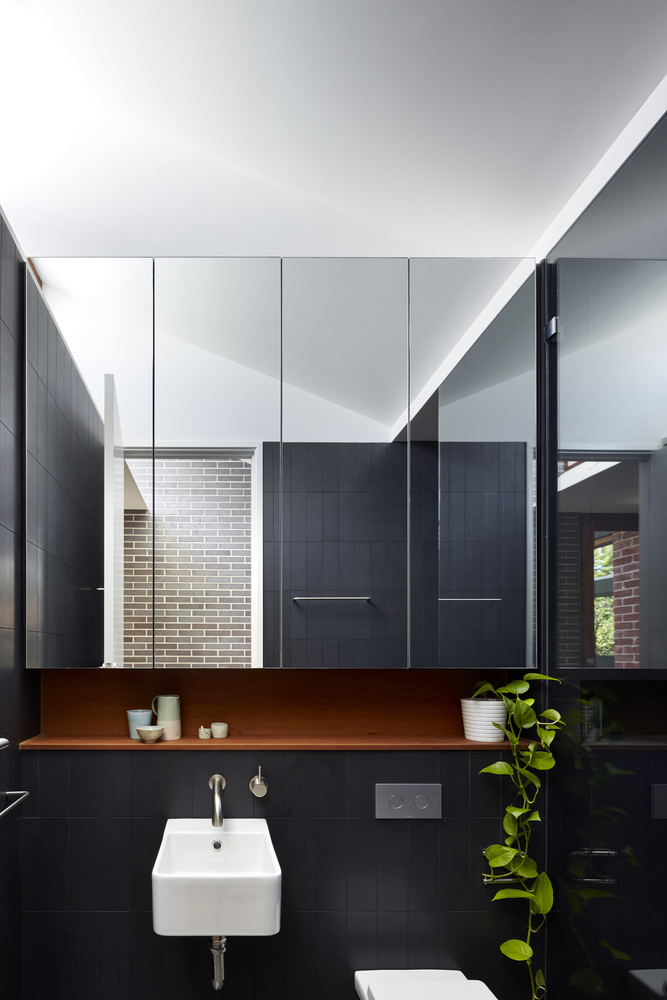 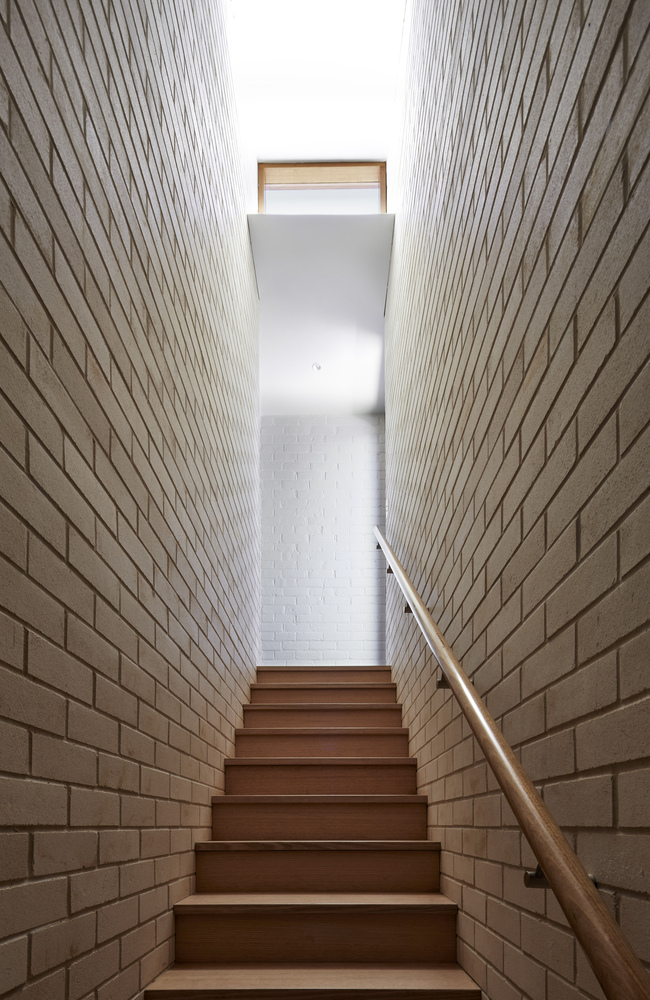 Rather than one open-plan space which can feel the same throughout, "these spaces are both tailored and flexible, with distinct qualities and connections to the garden. Large openings, skylights, operable joinery, rich materials, and the brick colonnade, establish a series of atmospheres and experiences", explains the architect. The floor level also changes throughout - you step down into the dining area, for example. This is another way to give each space its own personality. 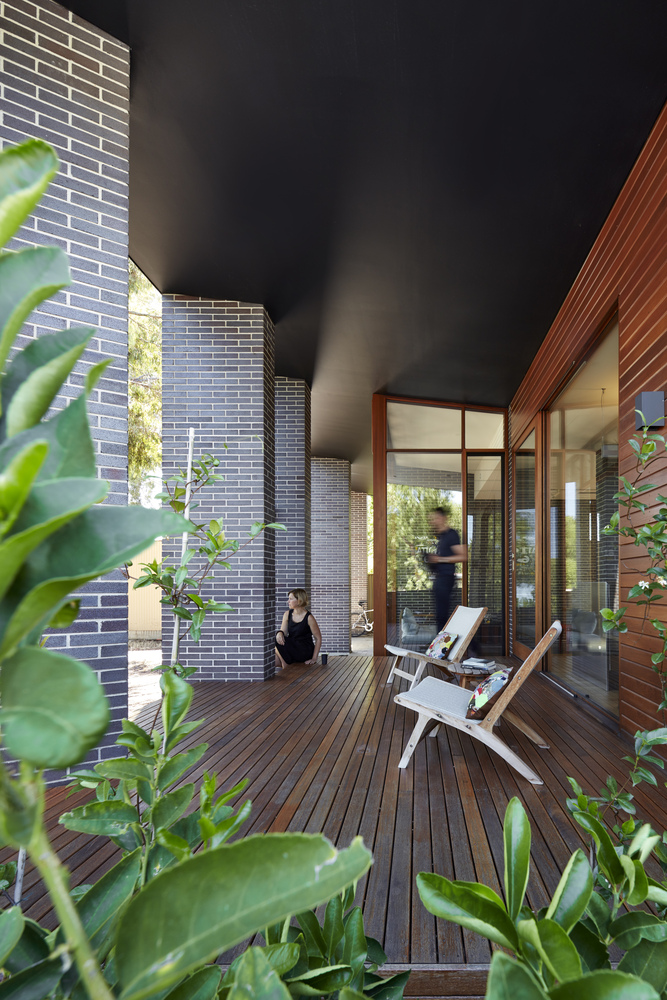 The real show-stopper is the brick colonnade at the rear of the home - a modern take on the verandah, where the colonnade frames views of the backyard and neighbourhood. The ceiling over this terrace also rakes up to draw in north light. 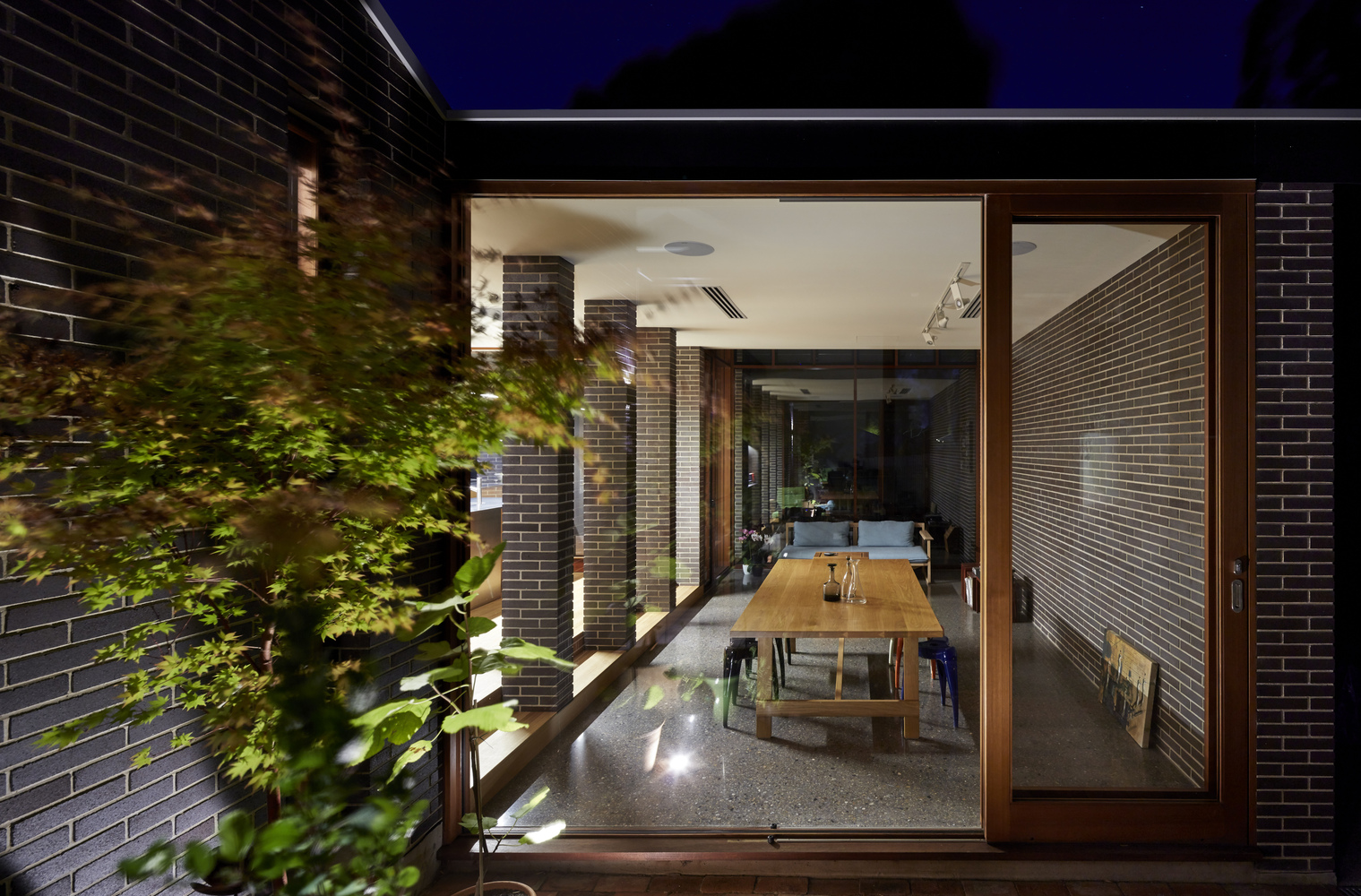 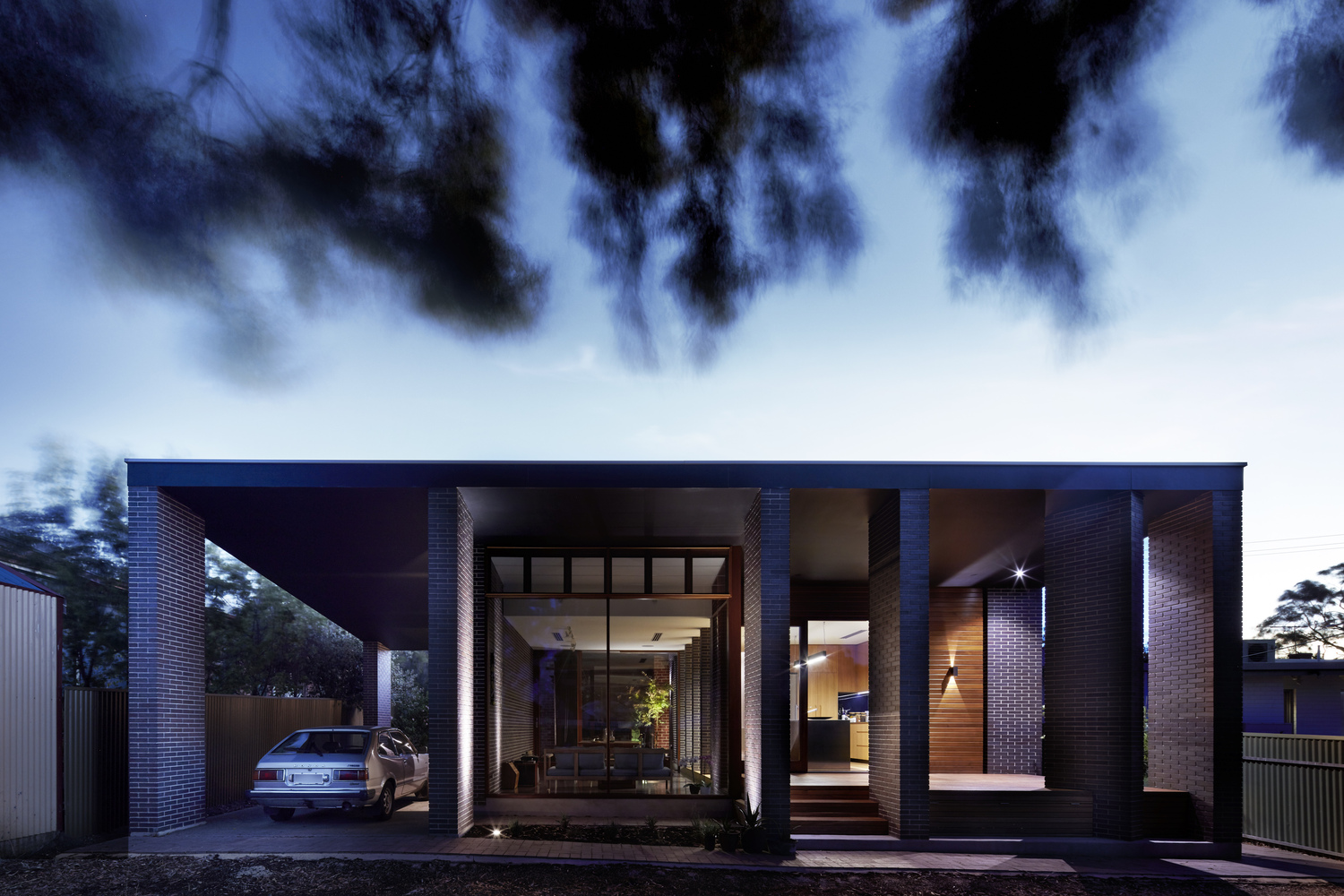 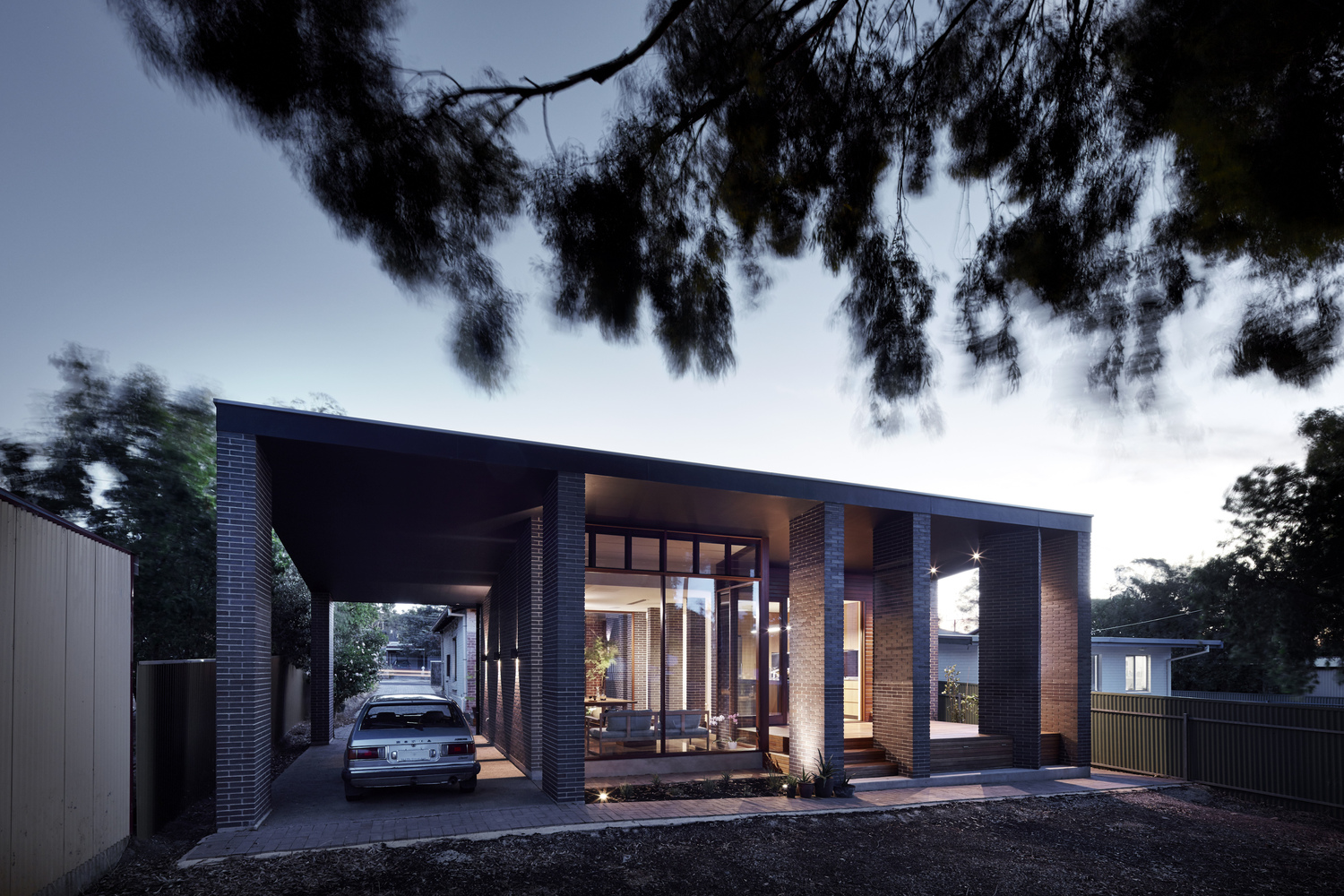 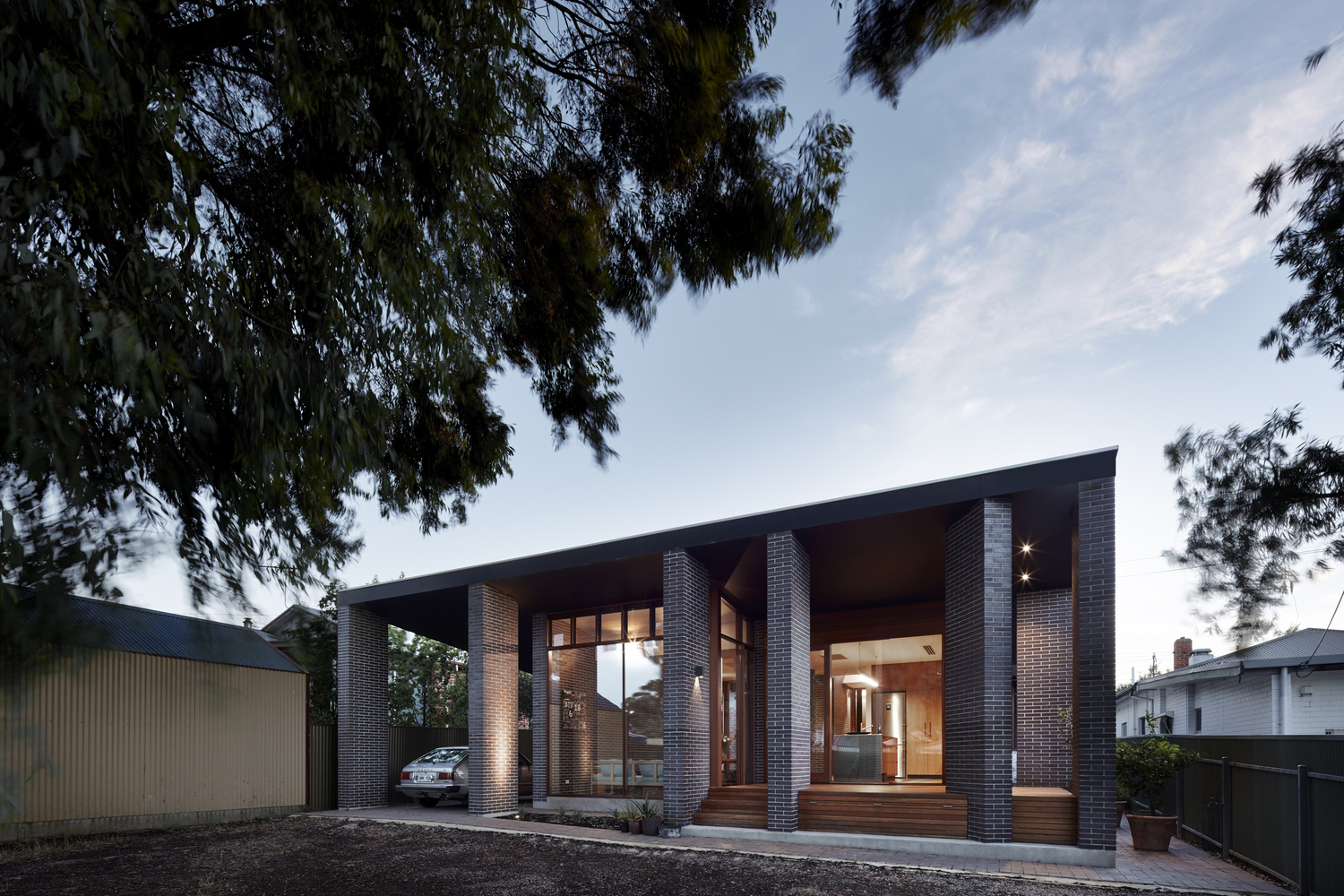 Bowden Bajko House is a real collaboration between architect and client where the design evolved through conversations shared between the two parties. "This is a house that has been built well and built to last. It reflects an investment in quality in areas that matter to the clients", says the architect. When building or renovating, investing in quality where it matters is the most important element to create a home you can enjoy for the long-term. 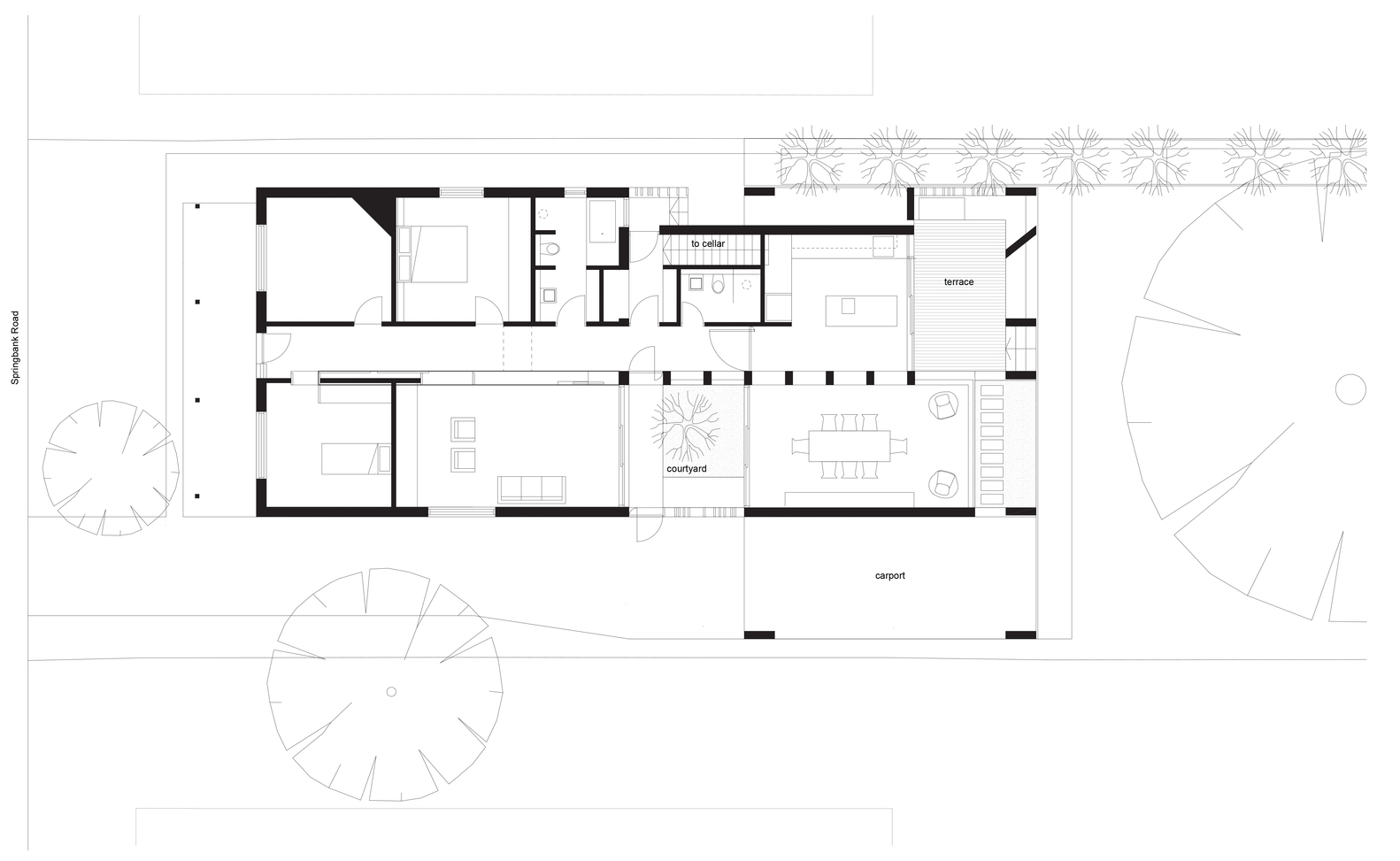 Tell us what you love about Bowden Bajko House...