Working with an existing home is a lot like taking the perfect photo, you want to focus on the best parts of the scene and minimise any problematic areas by softening them into flattering background blur or leaving them out of the frame altogether. At least that was Kreis Grennan Architecture's approach when designing Brick Aperture House an addition for a tight, inner-urban site. The aperture-like addition to this heritage home carefully frames the best views and lets light into the new living spaces while providing privacy and protection from the neighbours... 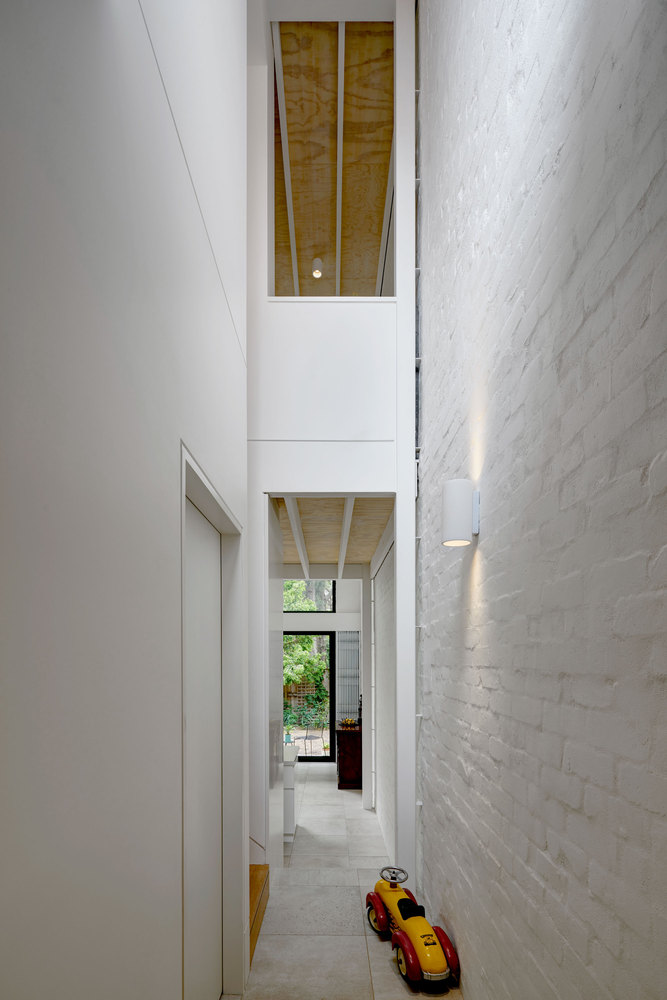 The existing house in Petersham in Sydney's inner-west is a single-storey cottage, part of an intact row of period homes bookended by a commercial building and a carpark. The original home was in good condition with its period features intact. The architects, therefore, decided to retain the front four rooms of the Federation-style home and create the required additional spaces to the rear. 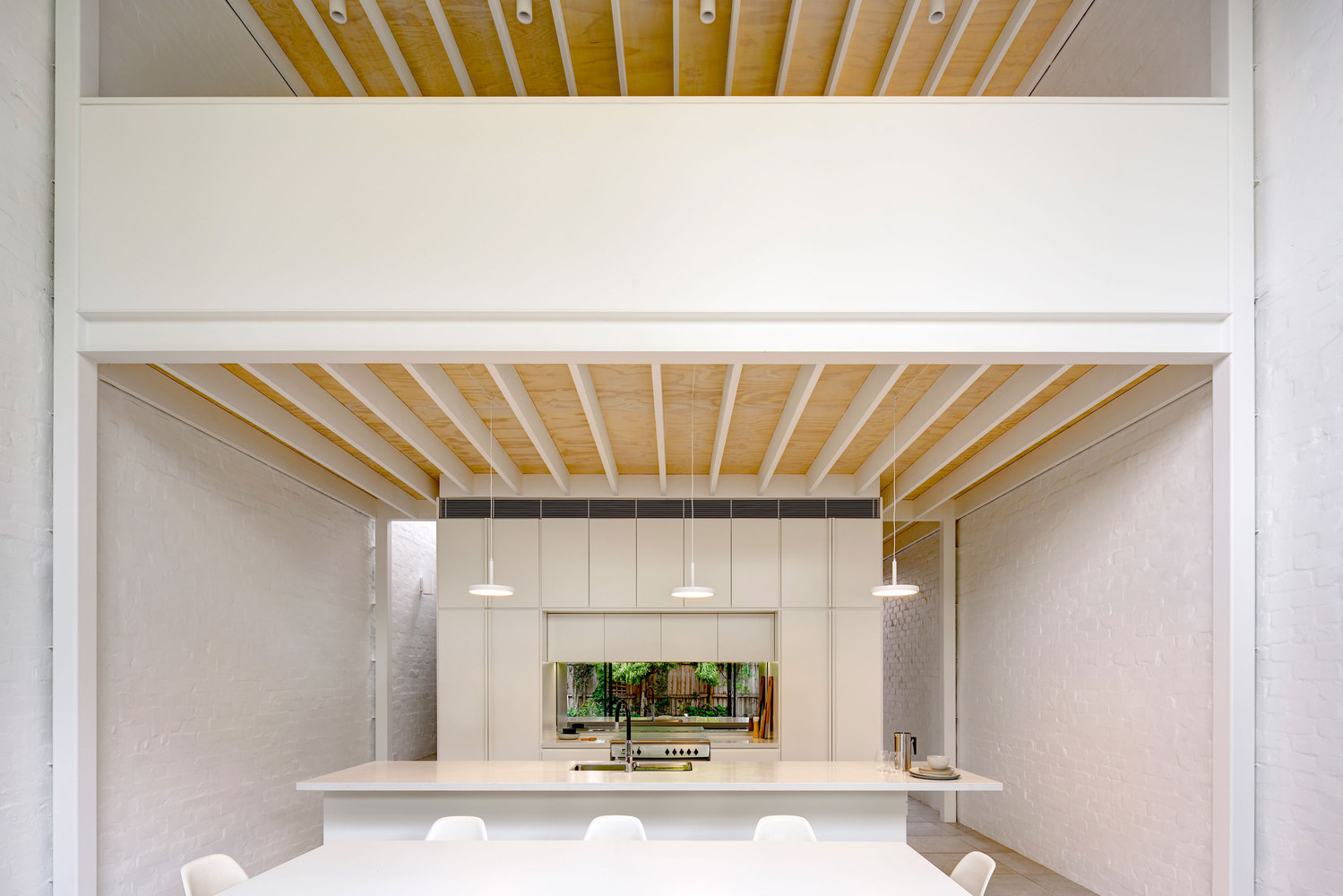 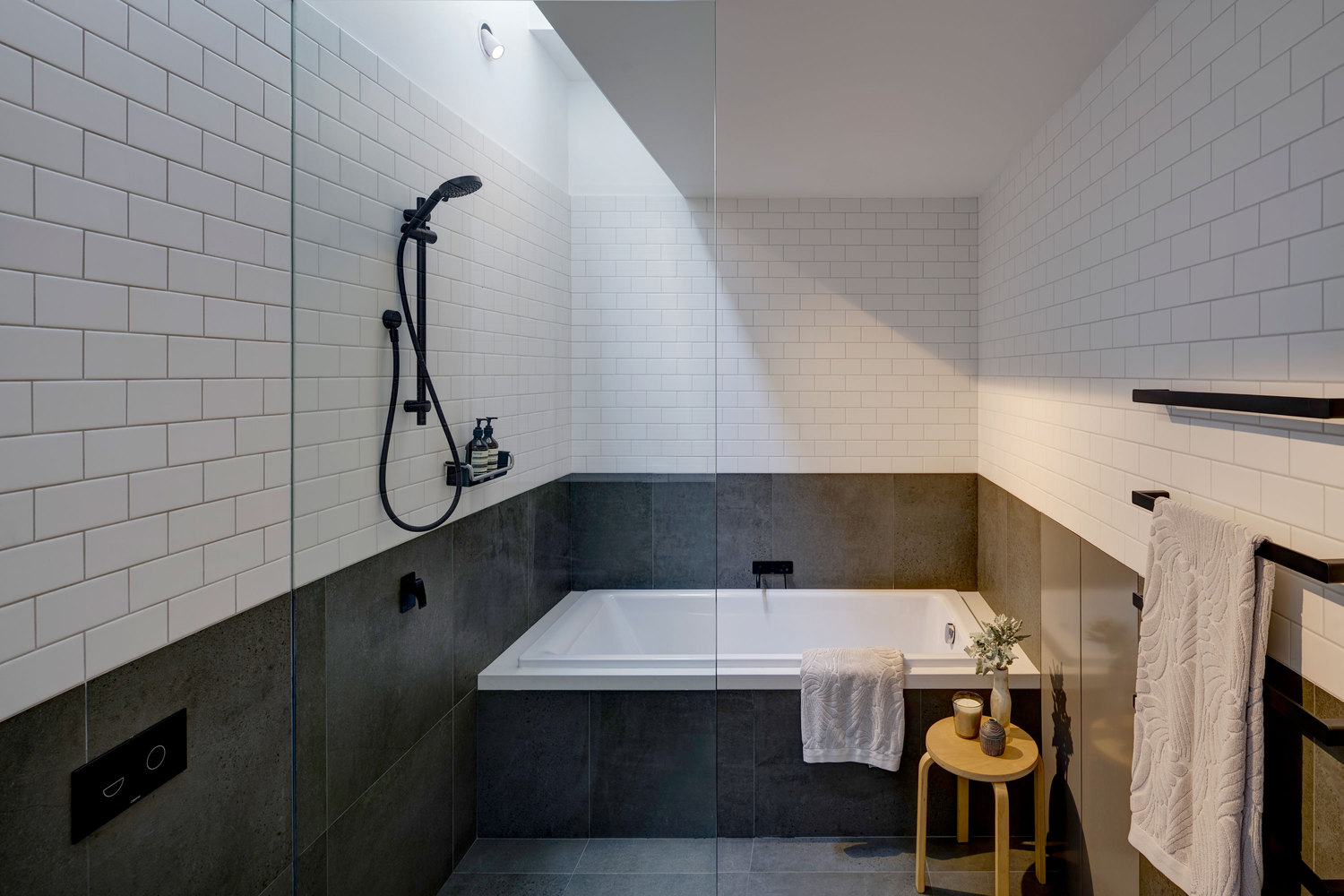 A low link connects old and new by tucking under the original home's gutter. Skylights over this area highlight the link, clearly distinguishing between old and new. A new bathroom, laundry and kitchen are arranged into new services core from which the addition opens into a generous open-plan space with a double-height void. The dining area sits under the void, with a mezzanine study and an ensuite bathroom upstairs. 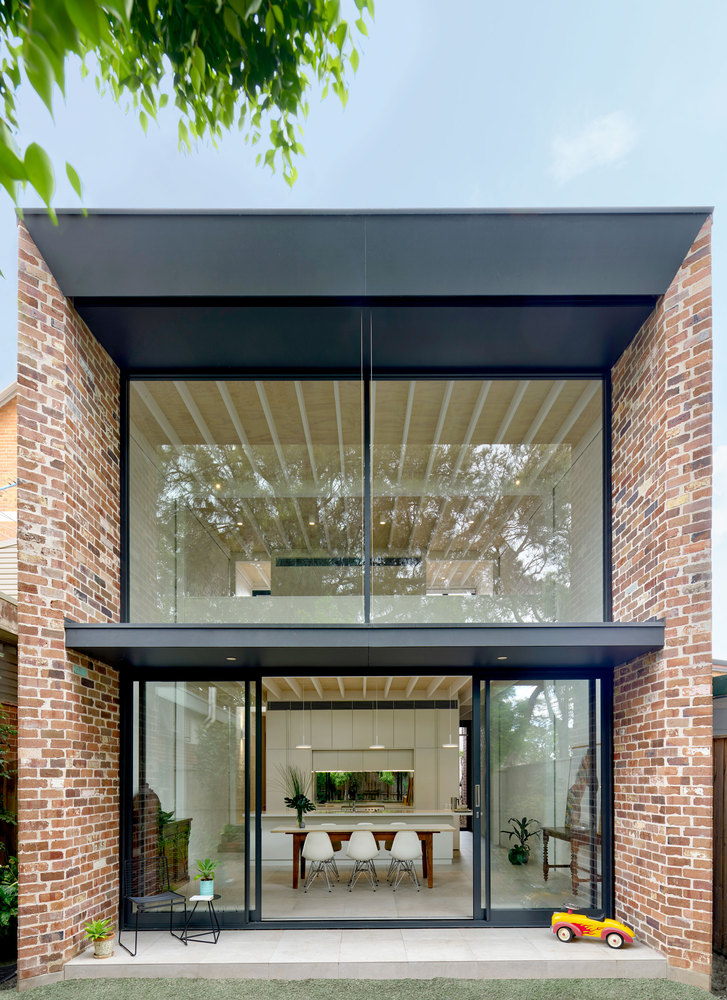 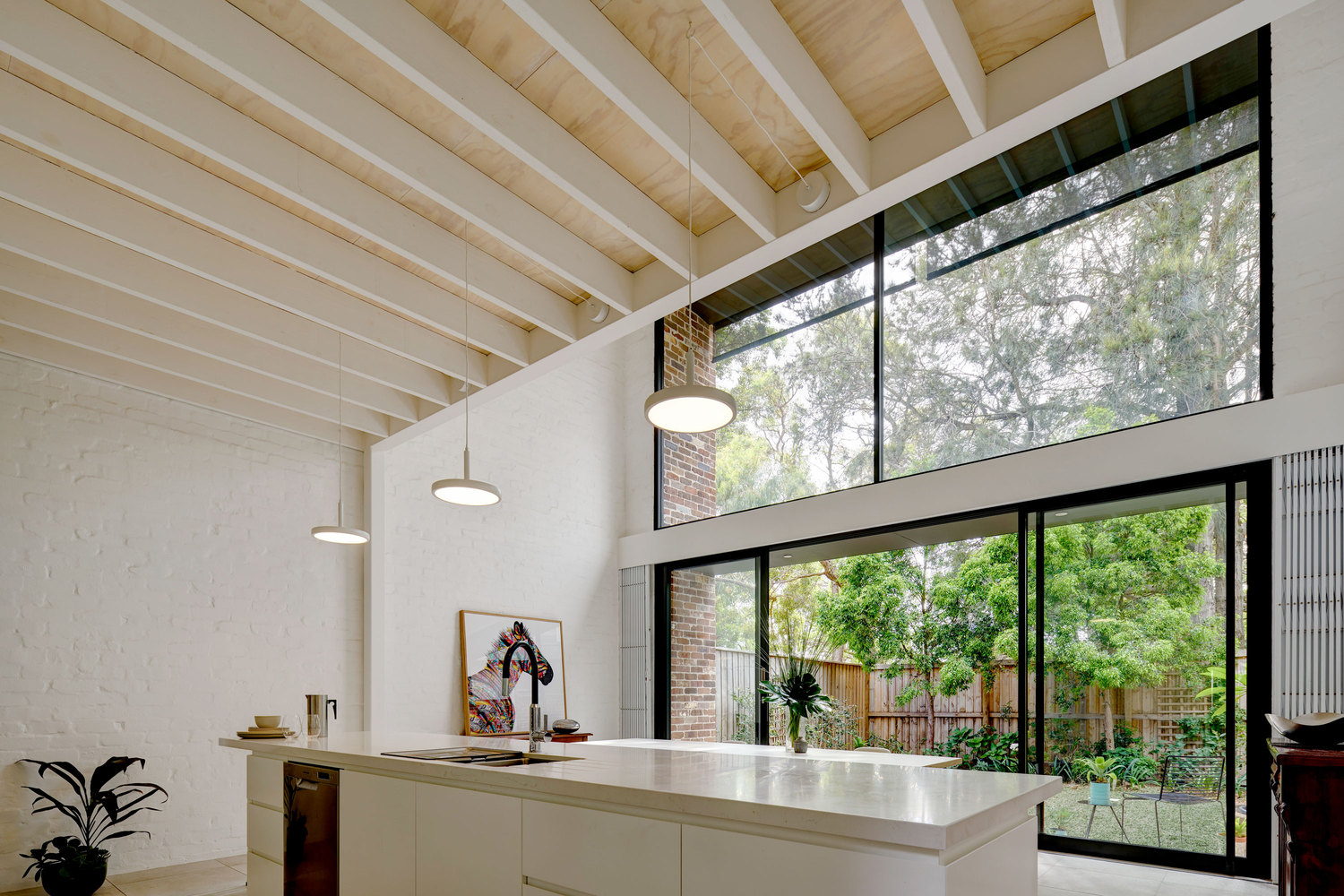 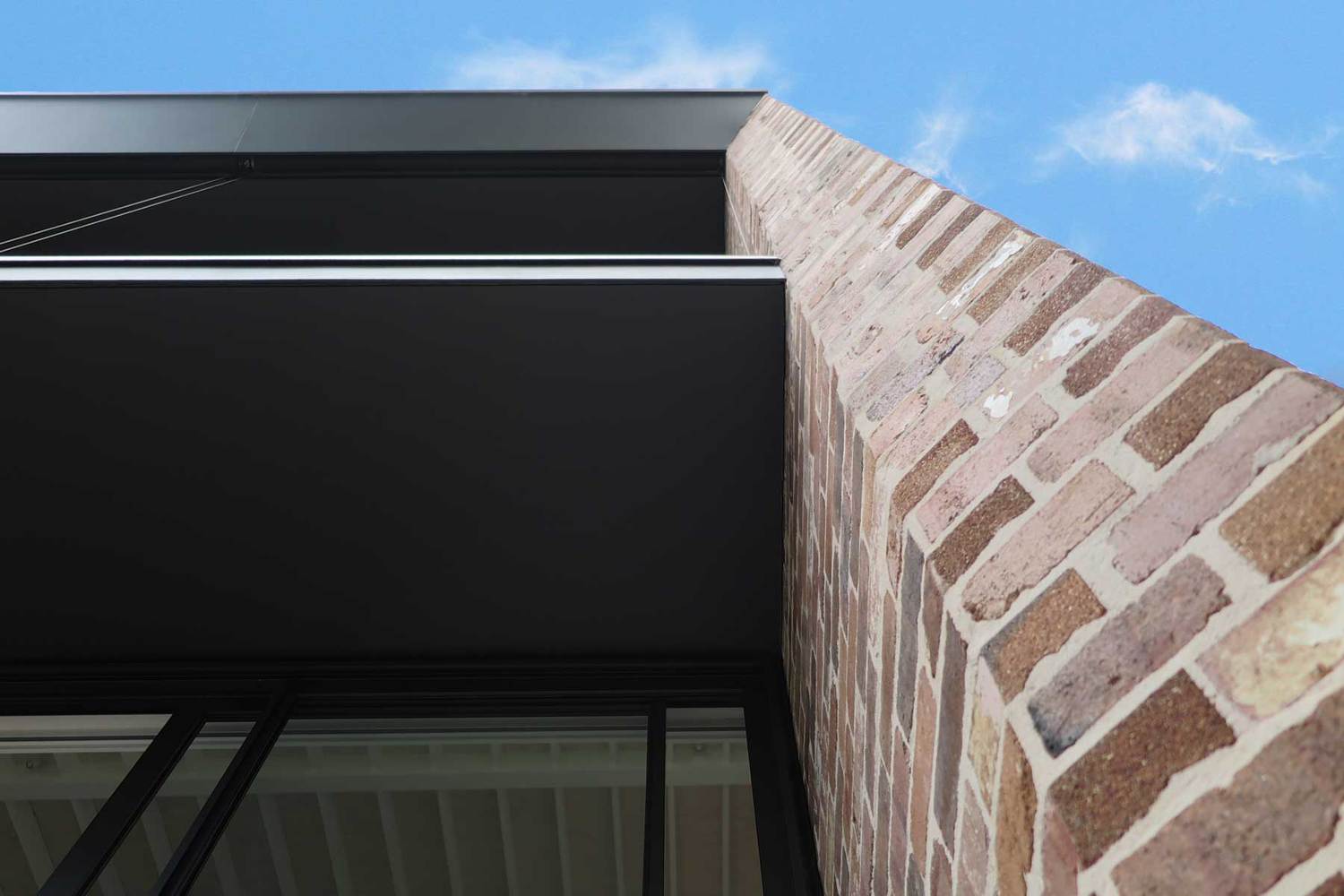 The addition takes up the whole width of the block, with recycled brick boundary walls painted internally to continue the materiality of the original home. The entire double-height rear wall is glazed, creating an aperture which frames leafy views in the neighbouring backyard and lets light into this new living spaces, while the fins of the aperture delicately taper, recognising the history of fine brick craft in the area. 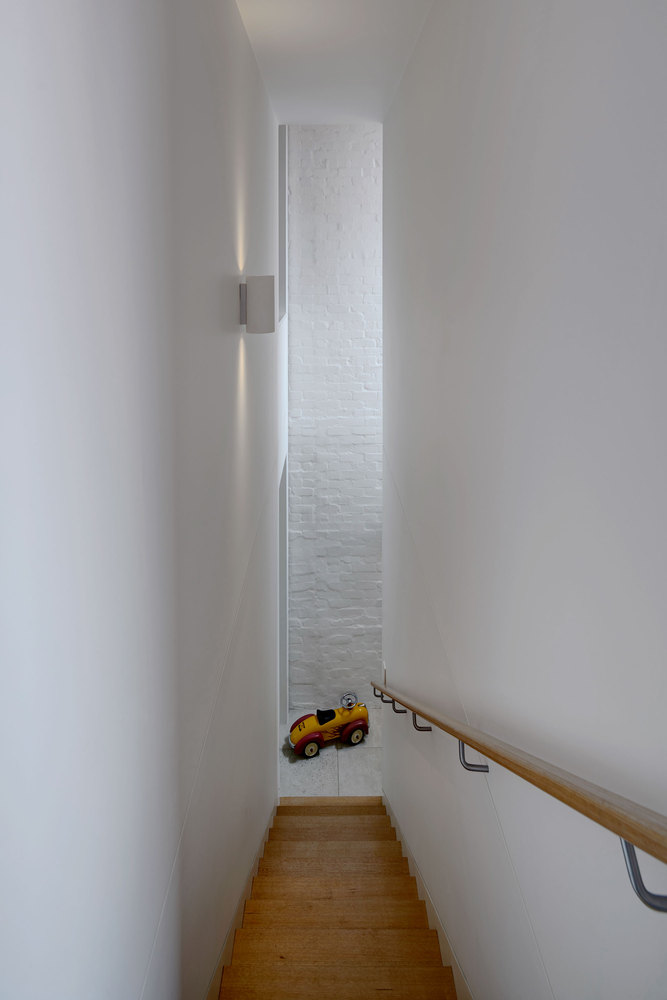 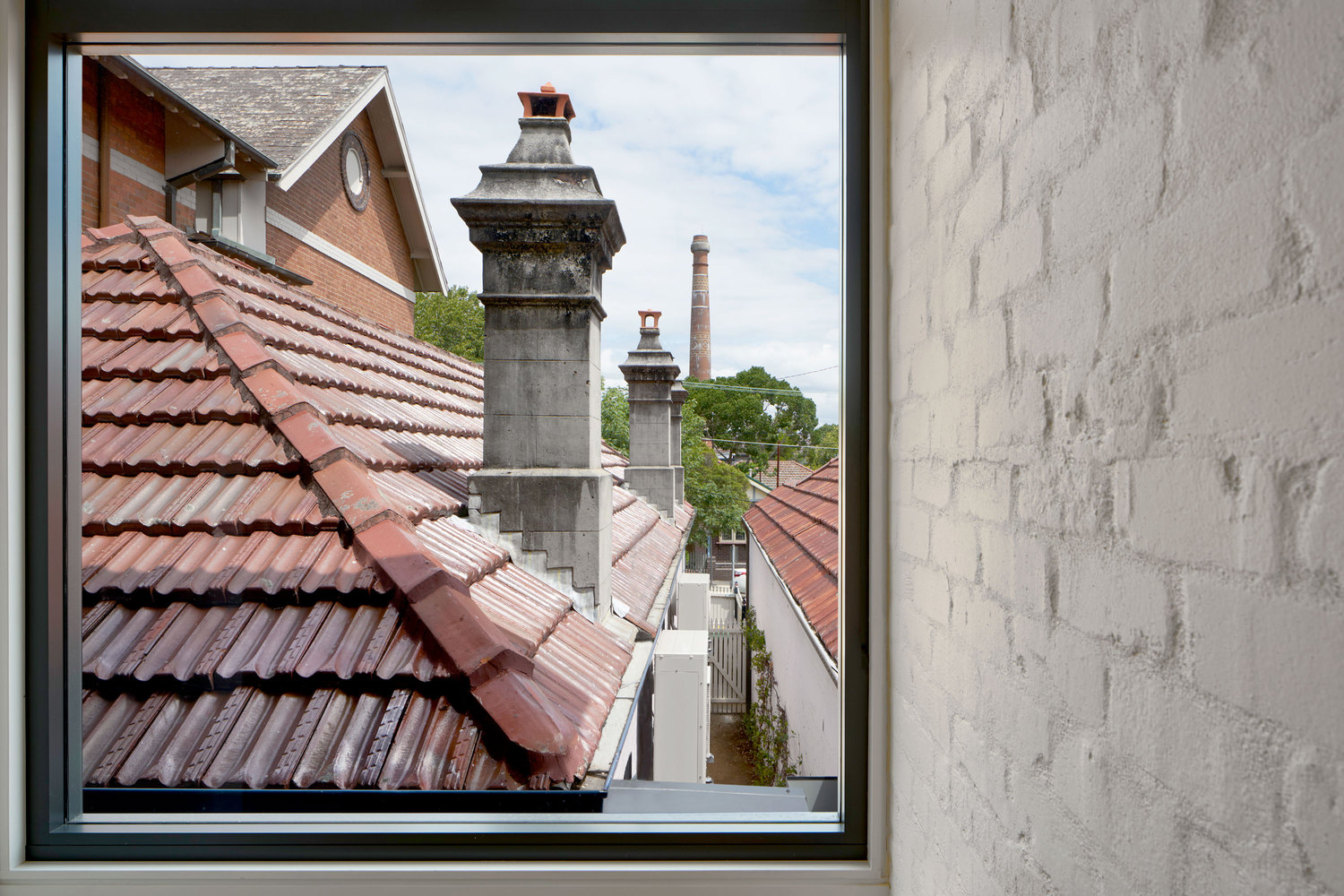 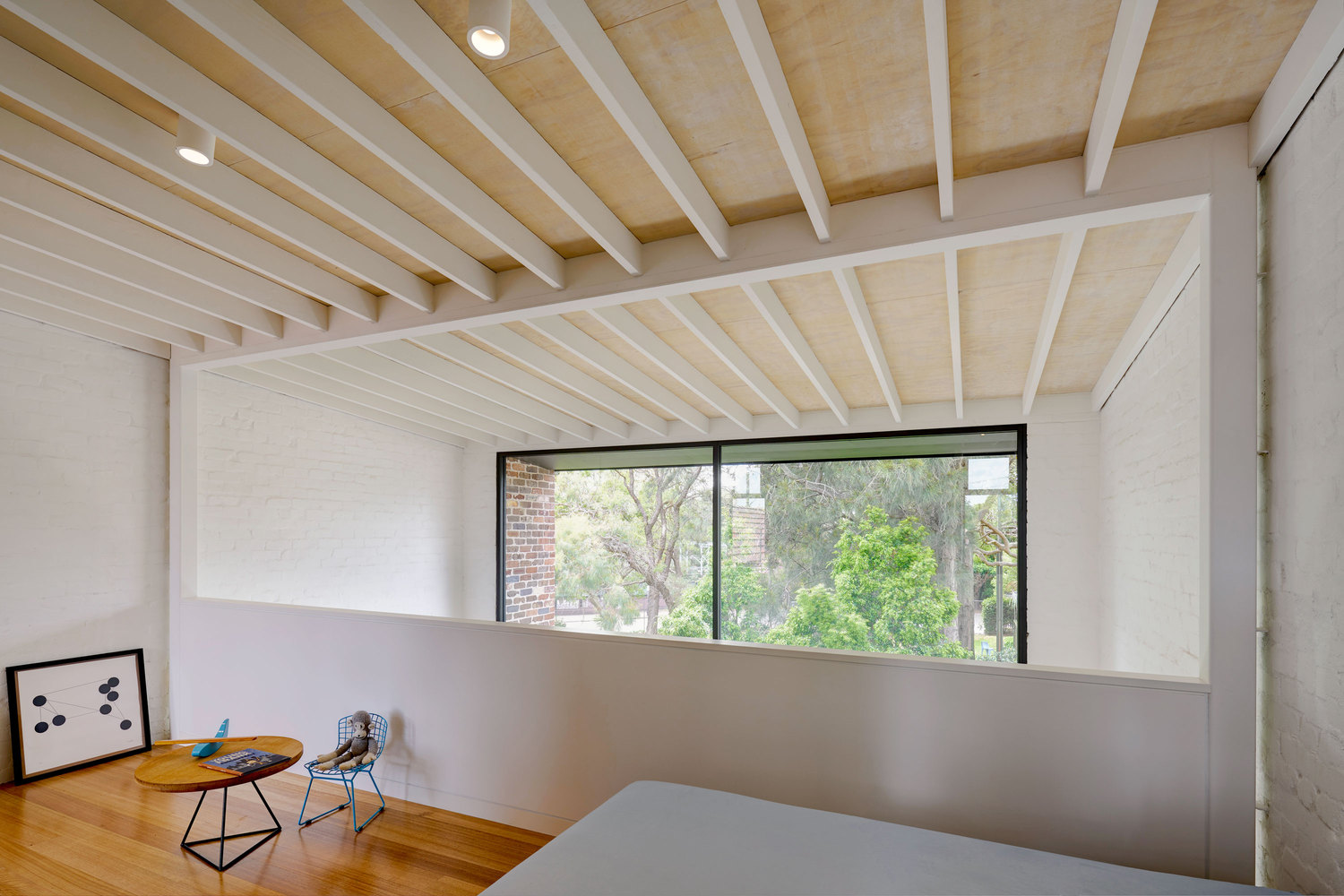 Upstairs a cleverly placed window frames a beautiful view of an old sewer stack beyond the roofline and three chimneys of the original home. With this carefully considered window, the composition feels like a vivid, oversized photograph hanging on the wall. In the opposite direction, exposed rafters lead the eye towards the aperture-like back wall, framing the treetops. 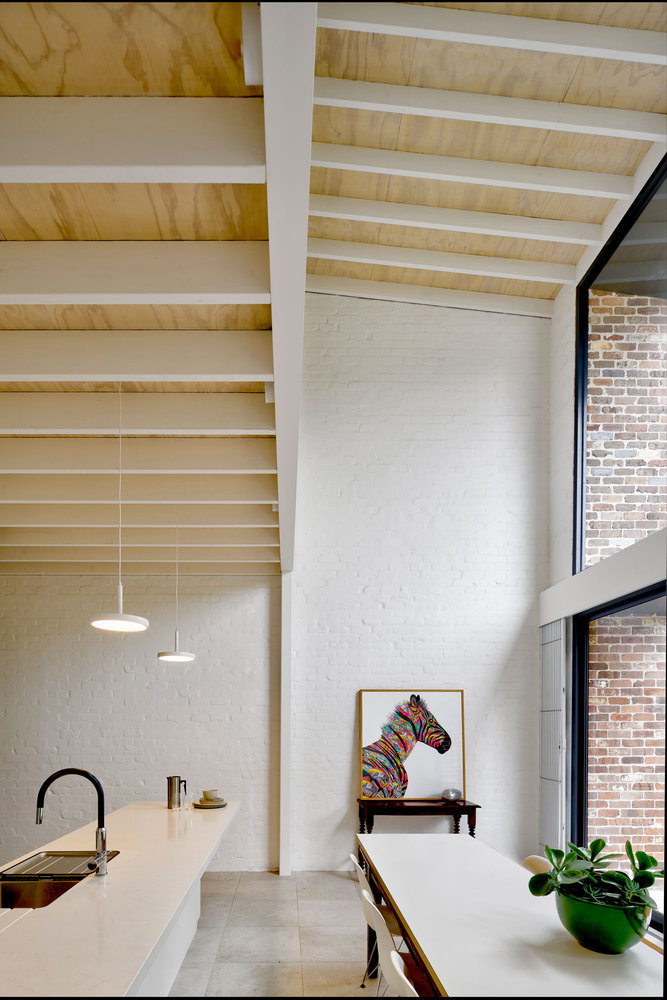 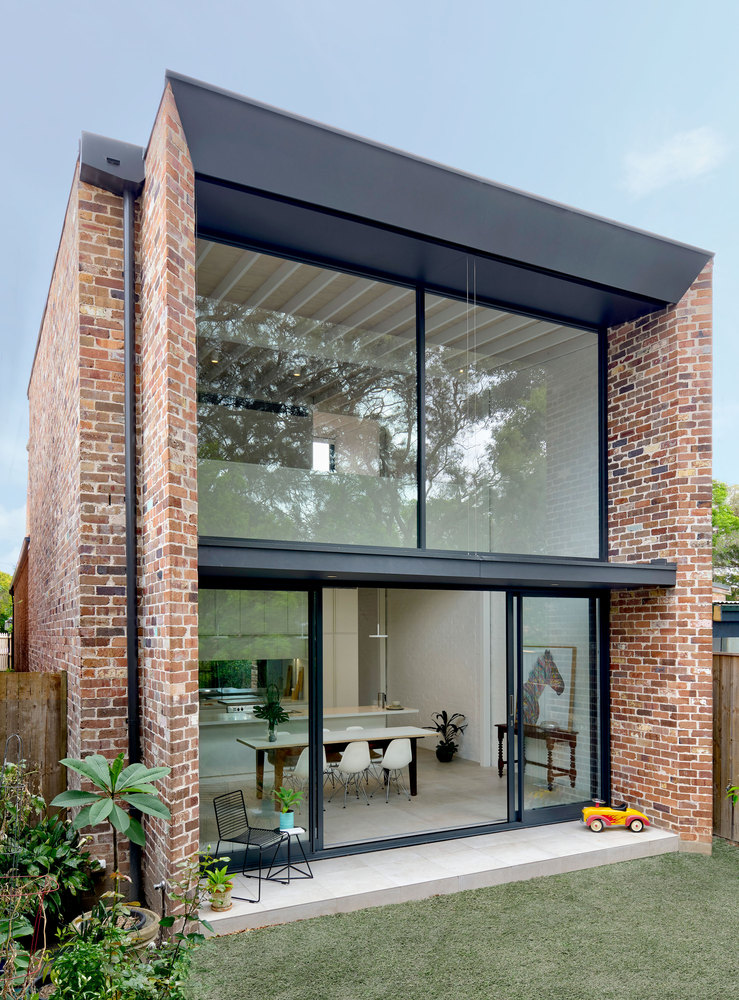 The idea of an aperture helped Kreis Grennan Architecture focus on the assets of the site while framing out the drawbacks. The outcome is a sophisticated addition which connects to the original home and the outdoors, while protecting from the neighbours, creating the perfect image of a private oasis in a busy urban environment.

Tell us what you love about Brick Aperture House...