This Old Victorian-era 'Lady' Gets a Modern Bustle Dress Makeover

*Flash!* An elegant lady is posing for a portrait. She must remain as still as possible because, with an exposure time of at least 15 minutes, the photo will be ruined if she sneezes, scratches an itch or changes position. It's a tough ask, she's bound tightly in a corset, which restricts her breathing and a long, heavy, train of fabric flowing from the back of her dress is weighing her down. She's not smiling (no one can say cheese for that long), and while she looks strong and perhaps a little imposing, there's a softness to her face that tells you she has a good heart... 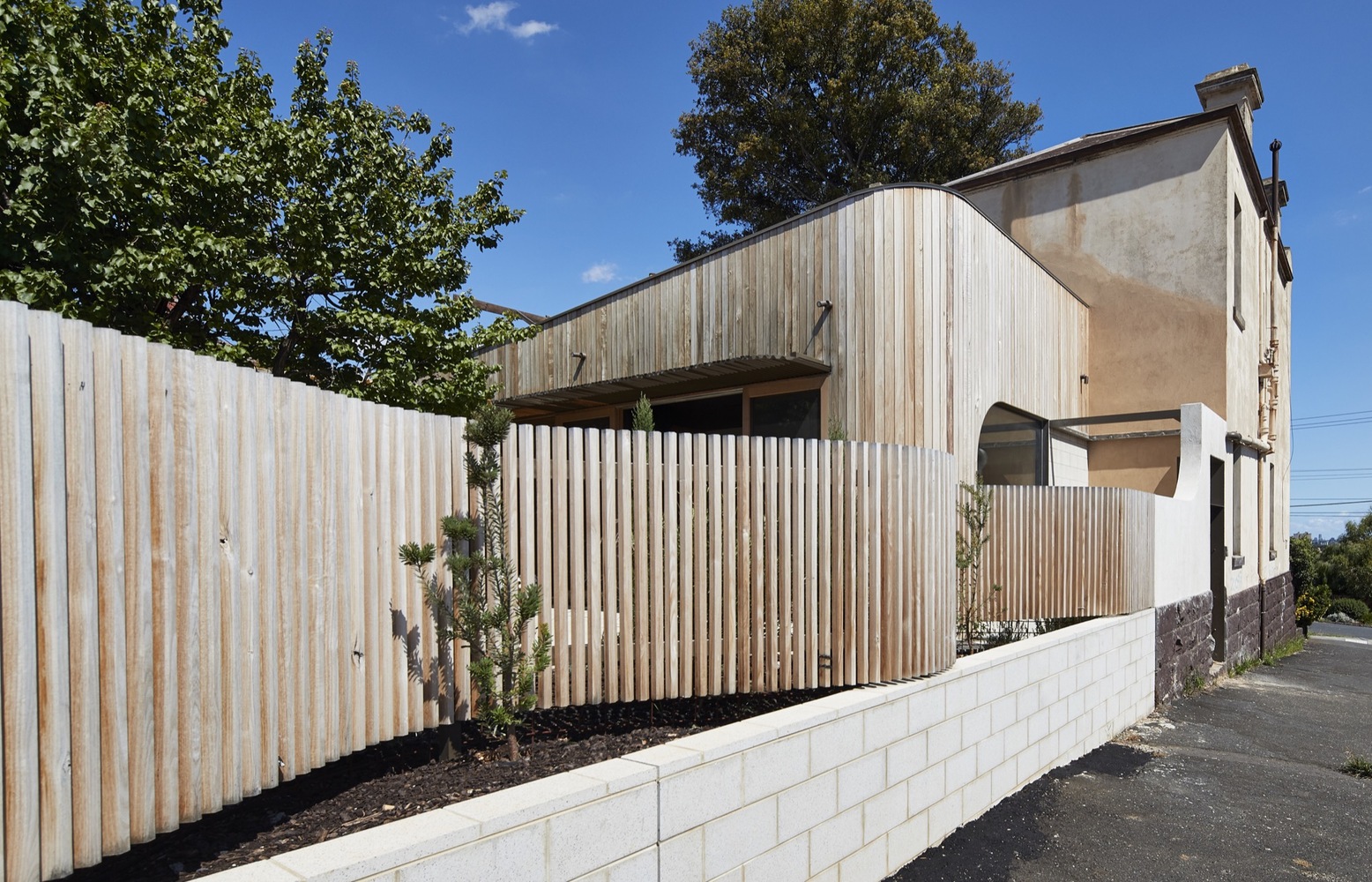 The familiar story of renovating and extending a Victorian-era terrace in inner-Melbourne became something much more for FMD Architects. It all started when the client forthrightly asserted that she is, "merely the current caretaker of this ‘old lady’; of this building that had preceded and would surely succeed her into the future." She was right. And it inspired the architects to think about the best way to respect and celebrate this old lady.

Perched on a hill on a long, corner site, this beautiful old Victorian-era home needed a modern update. With a huge north-facing backyard, the potential to create a modern, light-filled living space was evident. In the spirit of that grand old Victorian-era lady, the architects wove a design out of the analogy of a bustle dress.

"We developed our architectural drawings as though they were Victorian portraits of women taken in profile", explains the architect, "drawings historically used to illustrate the pronounced fashions of women’s bustle dresses... the bustle dress became the architectural equivalent of how our extension would add character and presence to the existing house without dramatically recreating its identity and cloaking its aged grace." 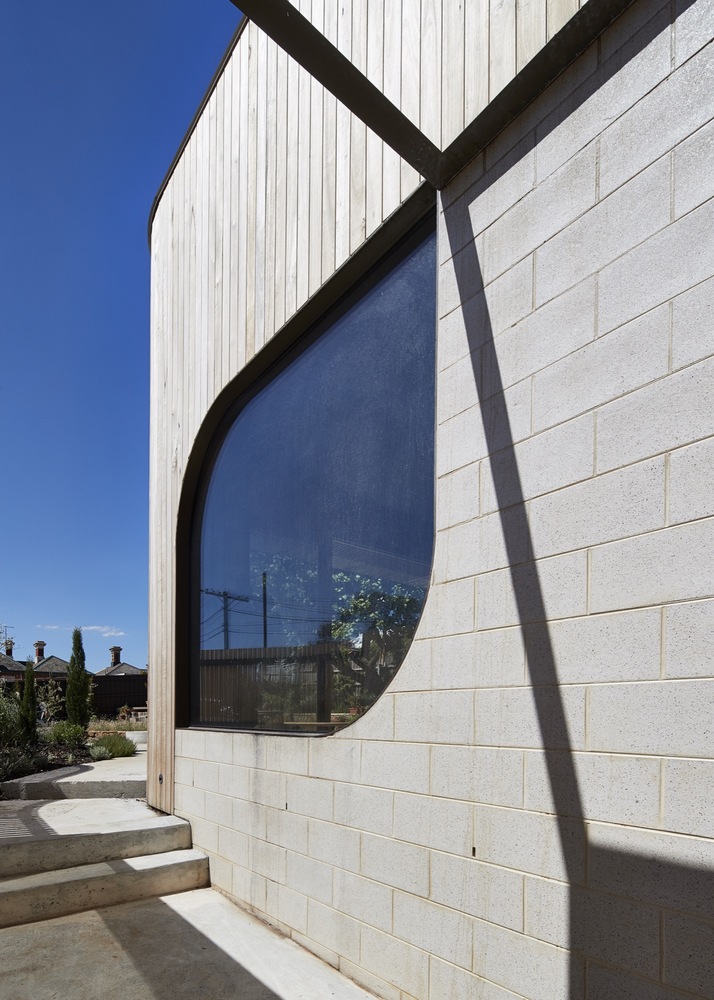 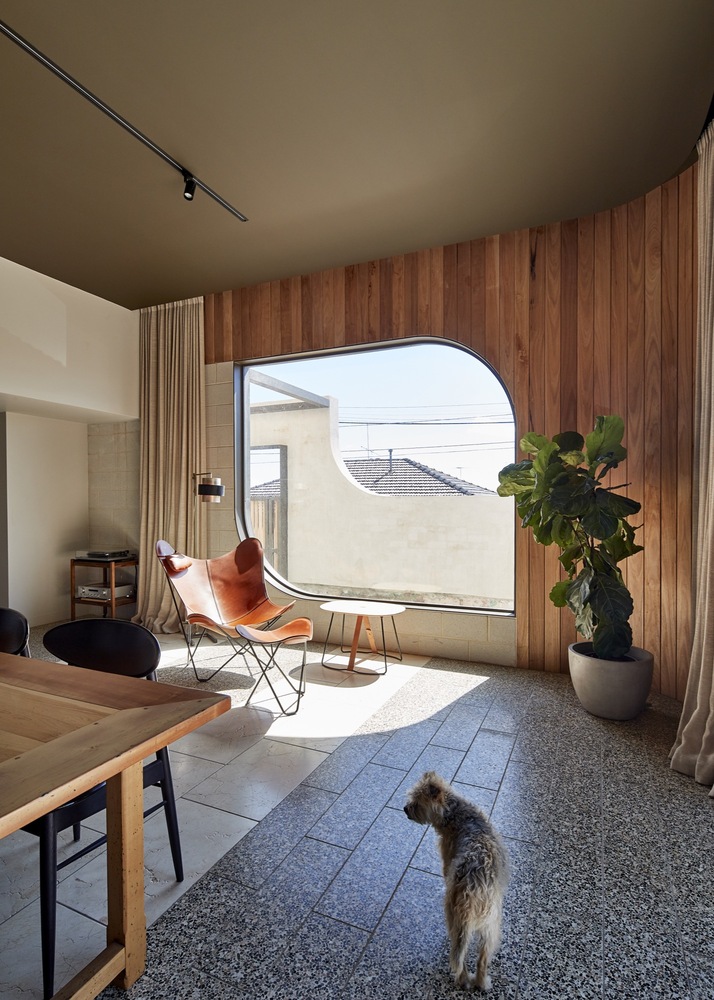 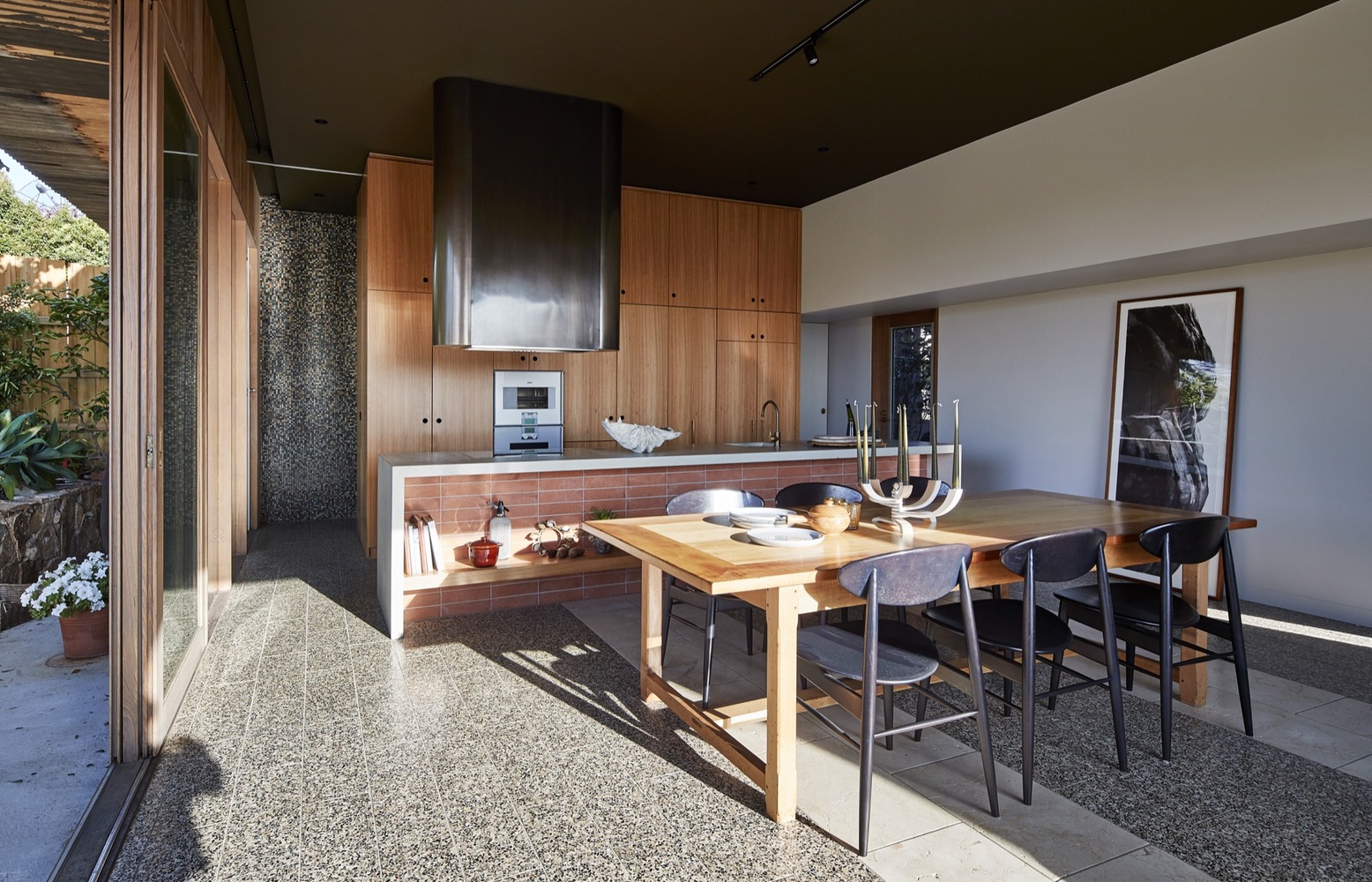 Taking advantage of the northern orientation, the modest addition houses a kitchen, dining room, bathroom and laundry. Like the bustle, the addition is located at the rear of the existing home, creating a relationship to the garden and to the side street. Curved walls and windows in the extension and a ribbon of timber battens trailing along the boundary are all references to the bustle dress. "The language is of the bustling train with the timber balustrade its lacework and the trees that grow throughout its embroidery." 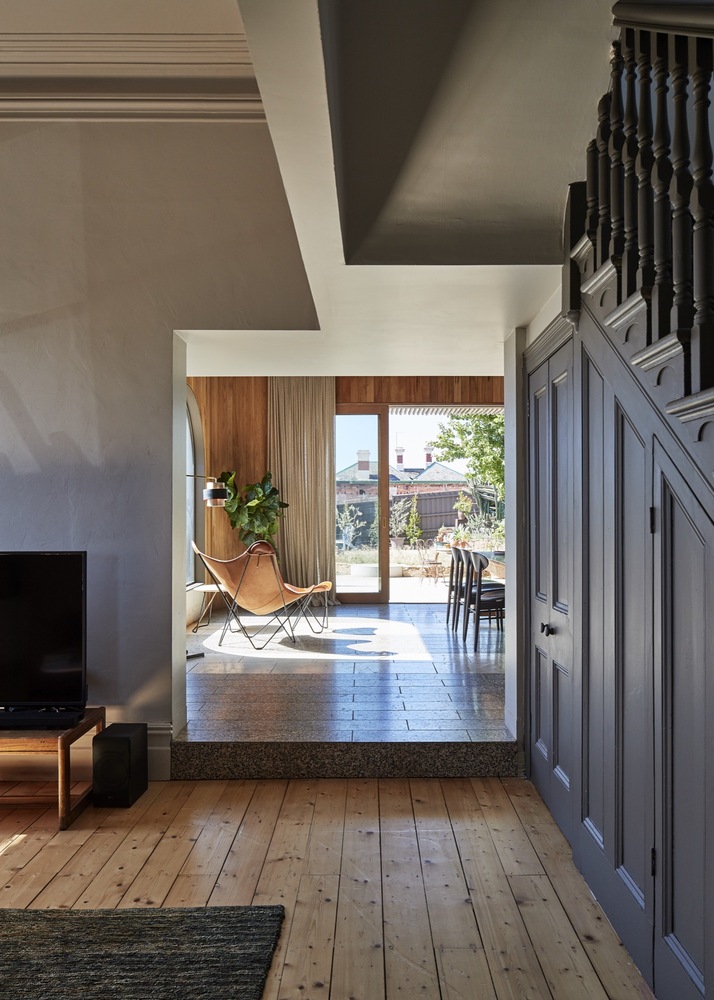 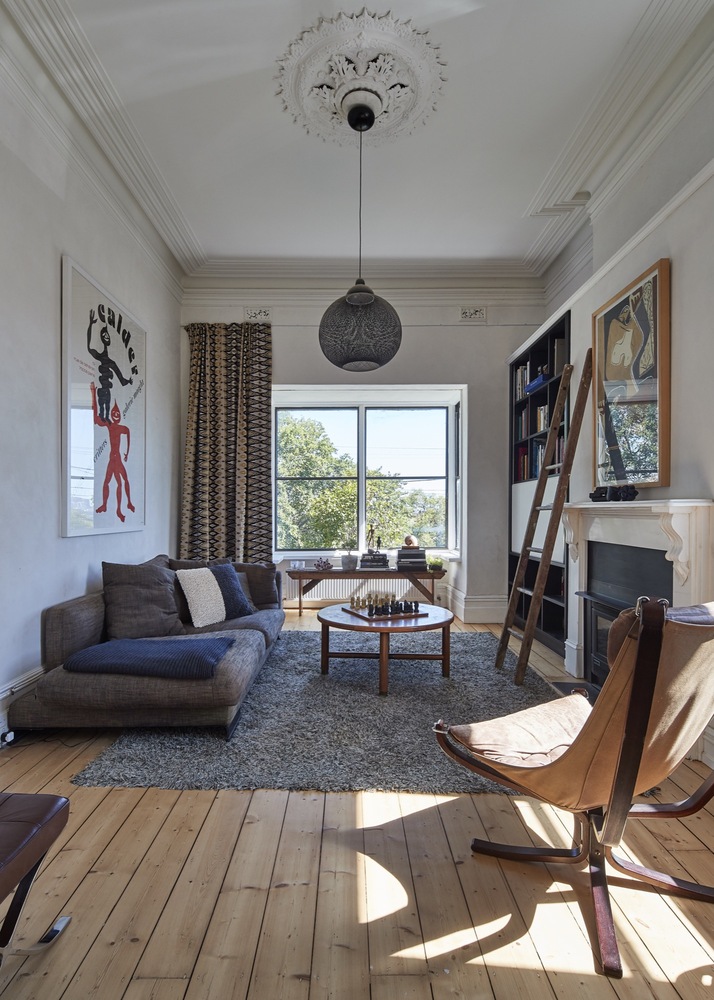 The original home is left largely intact, the addition forming additional modern living space, rather than trying to rework the original. "Our architectural addition didn’t wish to re-shape who our building was, and we didn’t wish to change its face or identity. Instead, we were conscious of allowing the house to age gracefully by acknowledging its weathered nature as a thing of beauty and respect." 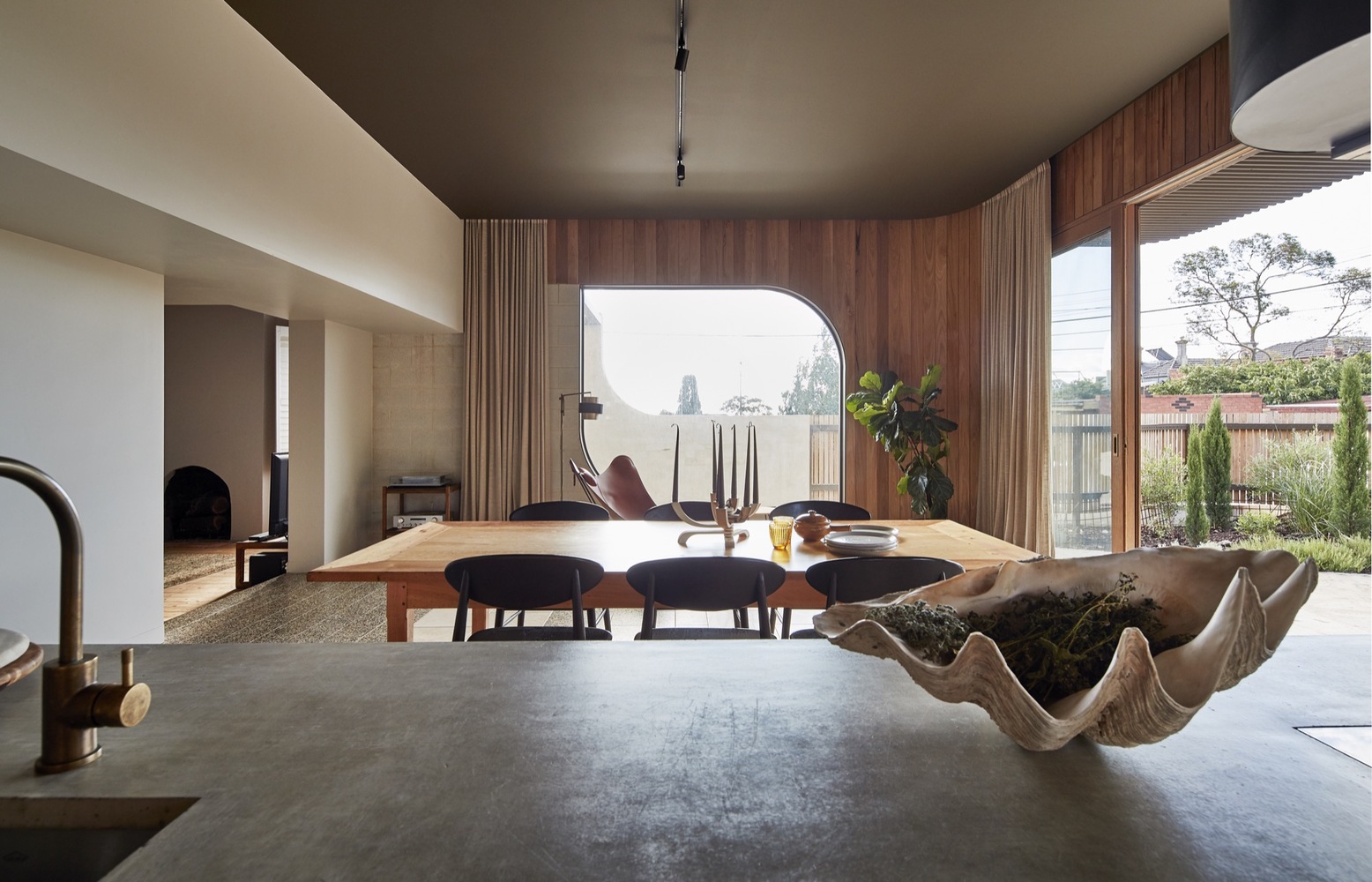 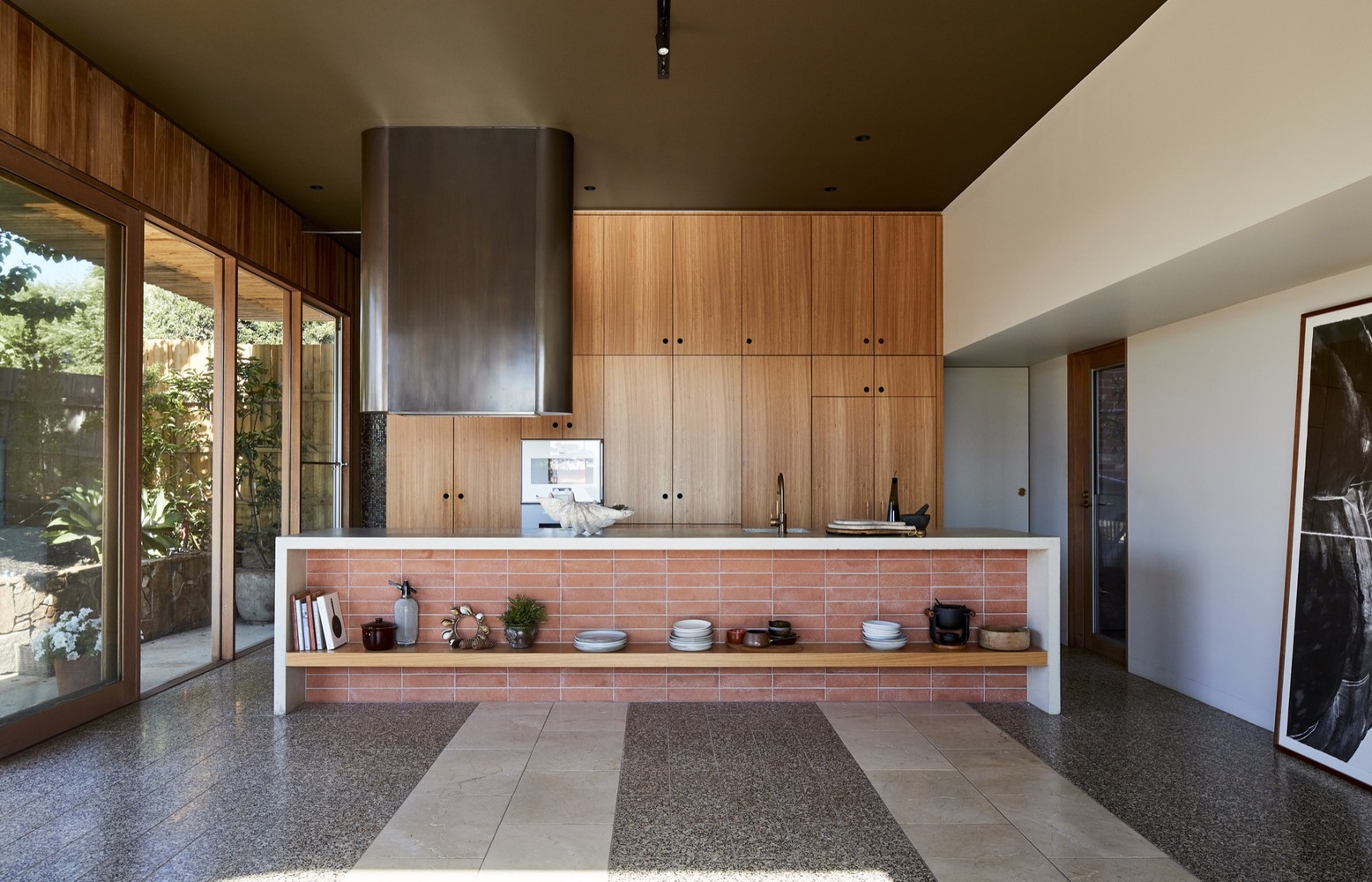 "This completion of the image of the carriage dress ties together these architectural additions to emphasize the existing house and modify it to its modern needs. However, they also delicately argue for the original home as something unfinished but with an undeniable beauty." 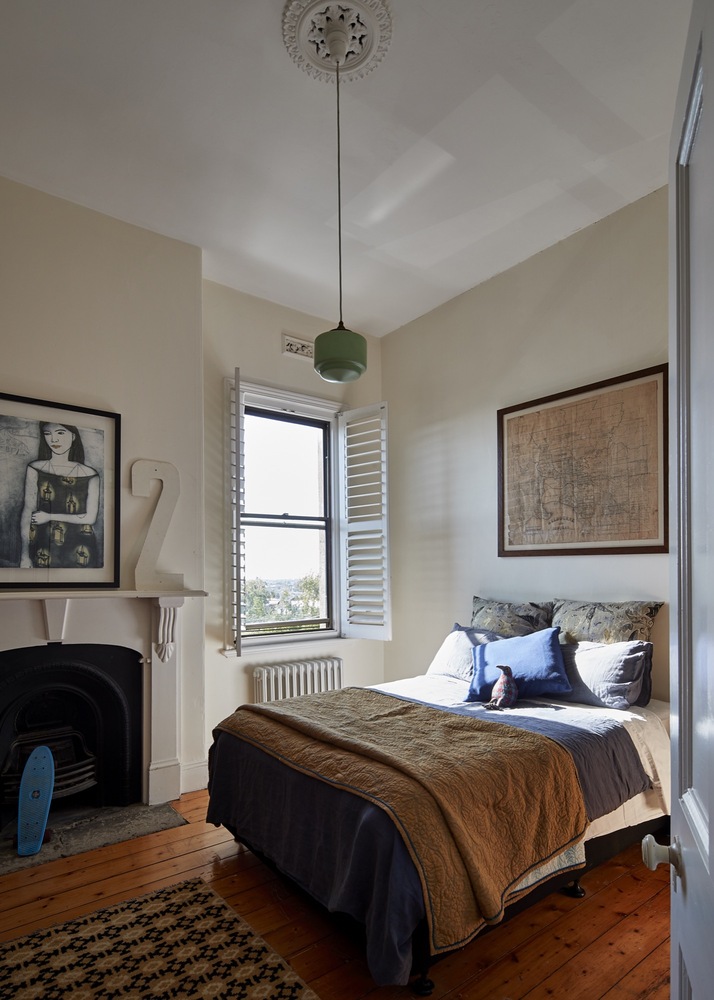 If your home was a person, who would they be? What would motivate them? Inspire them? Terrify them? Our homes can become like old friends, they have a character and personality all of their own. It's important to take this character into account when renovating, as you have the opportunity to build on the qualities you like and enrich your home with meaning. Like portraits leftover from a previous era, our homes have a lasting legacy, so be sure not to sneeze while it's being taken.

Tell us what you love about Bustle House...