Heritage Homes Are Romantic, but They're a Challenge to Renovate

In the 1850s, Collingwood Slope was one of the first subdivisions outside the fledgeling Melbourne. Industrialists like Edward Crisp, an Irish brewer, flocked to the area, bringing with them prefab cottages like this one. There aren't many of these original cottages left, victims of Collingwood's growth and developemnt over the years. In fact, Crisp House is one of the oldest. Of course, Crisp House now has heritage controls to protect this story and the home's history as Collingwood continues to grow up. 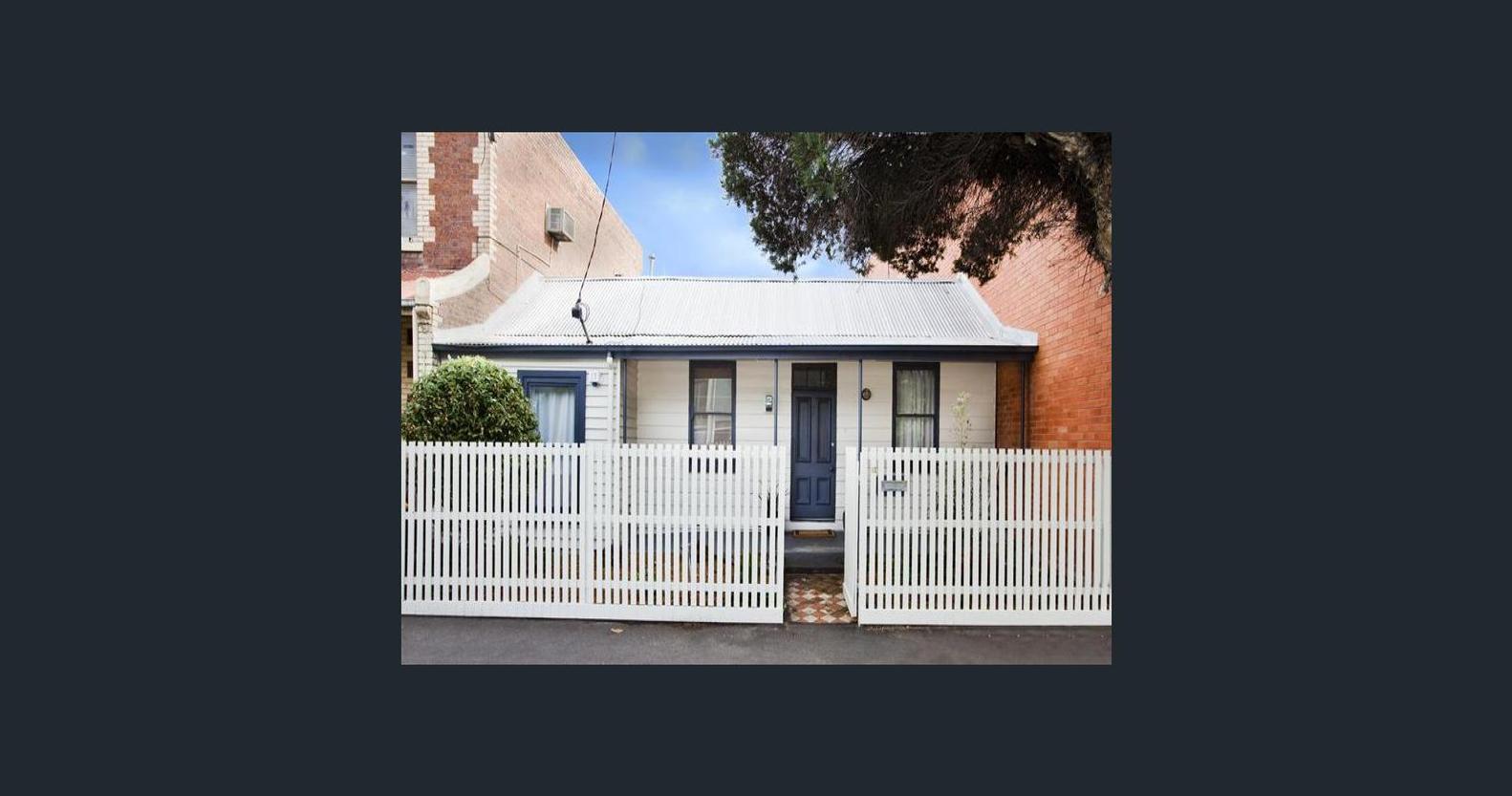 Above: The original Crisp House in its dilapidated state.

"Heritage houses are a double-edged sword for an architect, especially if it’s [your] own home", says the architect, Robert Nichol & Sons headed up by Brett RobertSON and David NicholSON (lol). "On the one hand there is the emotive, almost romantic, aspect of history and on the other, you have the pragmatic aspects of planning and regulations - then you mix this with the desire to fully realise the potential of a site and location." Crisp House is no exception. And to make matters more difficult, despite the heritage rating, the home was in a dire state, "stripped of nearly all of its heritage fabric and character, and seemingly held together with years of thickly applied paint."

The architect recognised the home's great potential. "Collingwood was on the up and up" and, using the height of the apartment block to the north as a precedent, it seemed possible (and financially lucrative) to go up to three stories high. But as they started to delve into the home's history, the significance of Edward's story became apparent and the need to honour that story, essential. "As we learnt more about the cottage and the Collingwood Slope district we decided that there was great value in the history, that it was important to ensure it was preserved", says the architect. 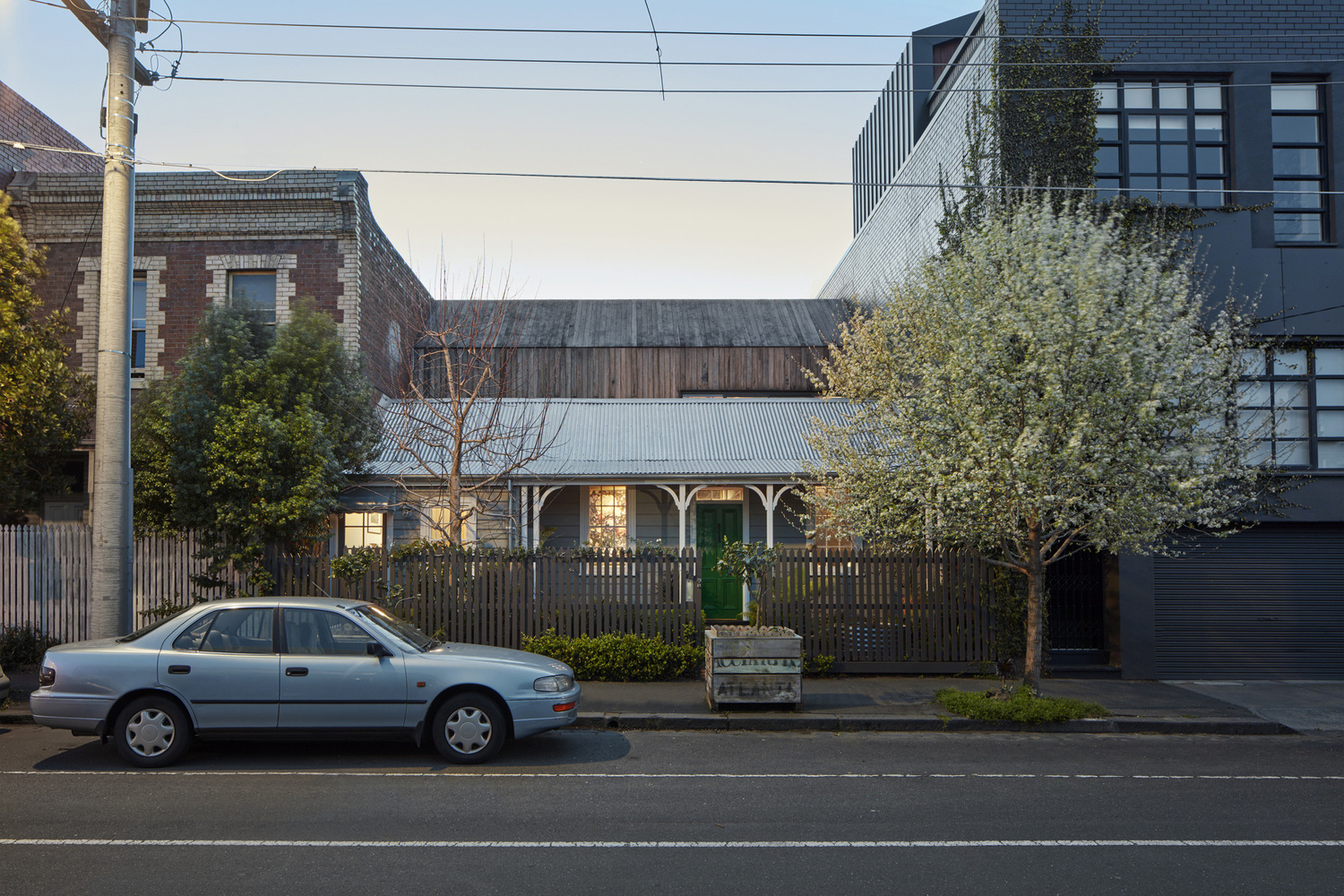 "Edward actually built the neighbouring brick home and moved his family into there in the late [18]60s, Crisp House undergoing further expansion around then into two small cottages which accounts for the two front entrances we see today." And so the new design nods to Edward's second home, the rear addition matching the height of its neighbour. 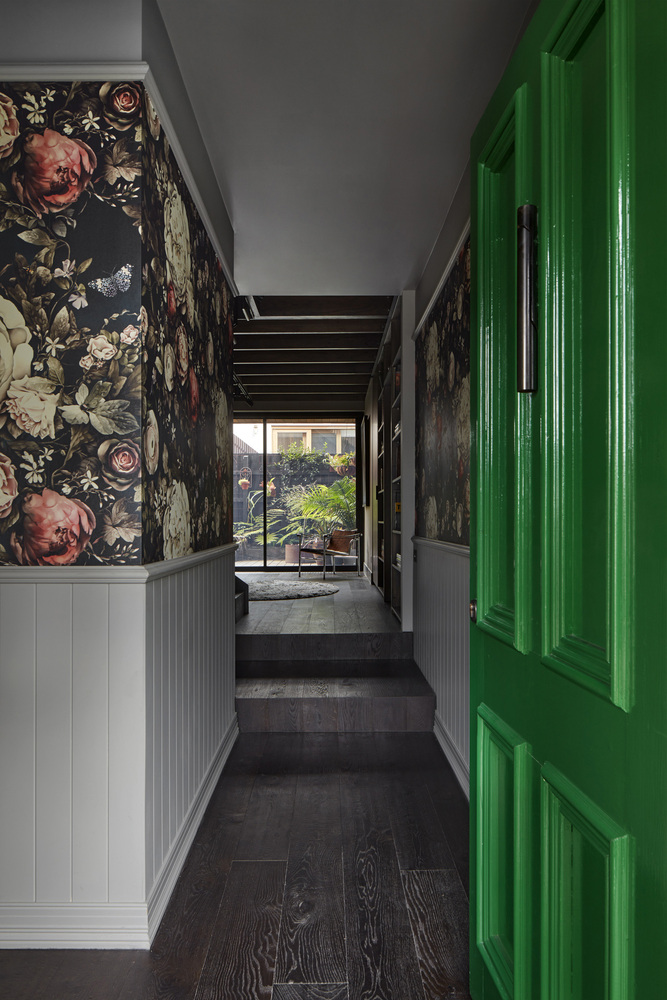 Crisp House uses timber to respect the original weatherboard, and contrast with the more solid brick house Edward later constructed, differentiating the two which helps to enhance the story. 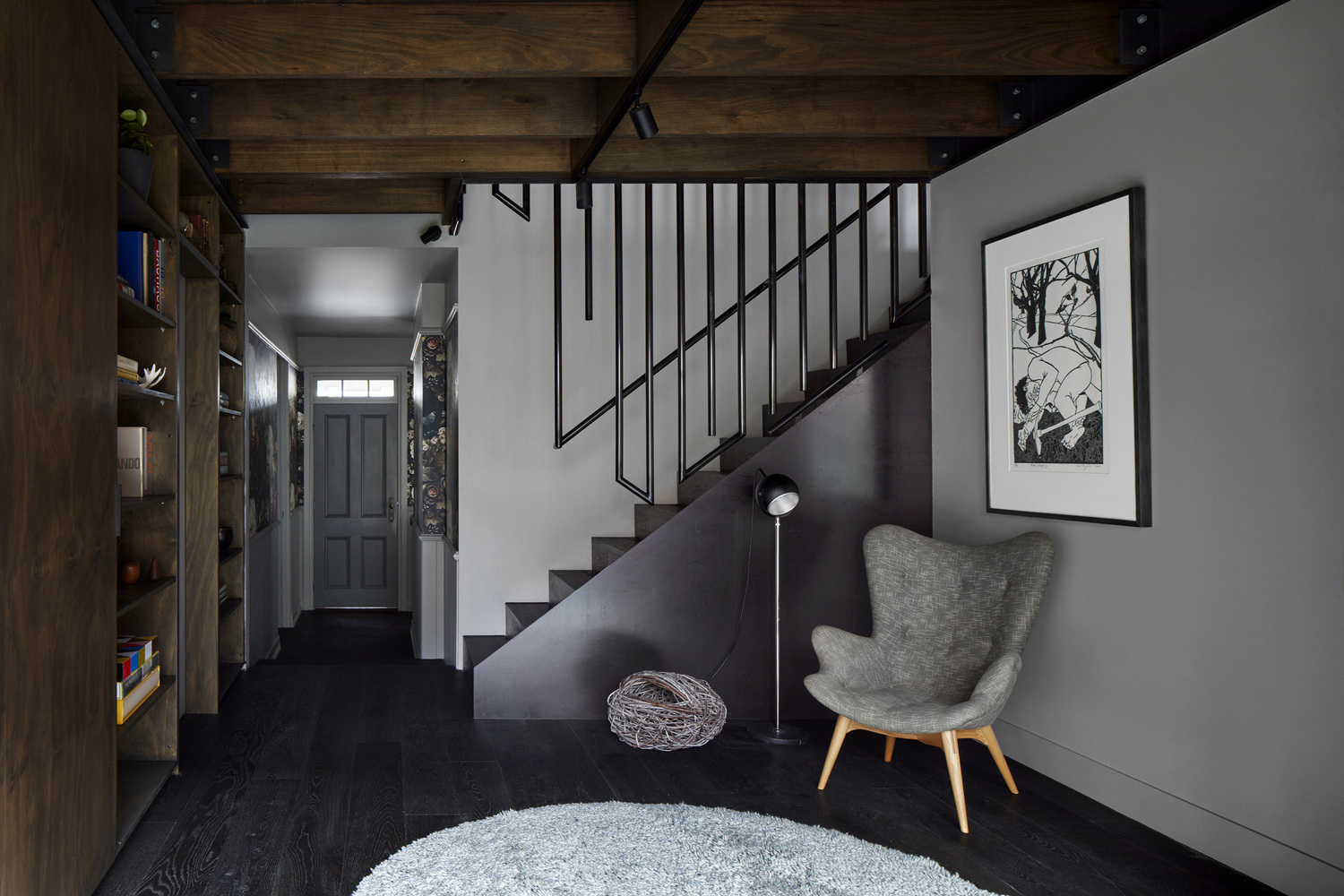 Restoration involved a complete re-build of the original cottage. Unfortunately, the cottage was in such disrepair, nothing was redeemable. The architects reproduced the beaded weatherboards, using the original boards as a template. They even had to match two differently sized boards, the result of the conversion in the 1860s which used a smaller board. The original double-hung windows were reproduced as were the original timber verandah posts and wooden details. "During the demolition of the cottage we were able to collect a bag of hand forged nails, fascinated by their existence and a great reminder of its age", says the architect. 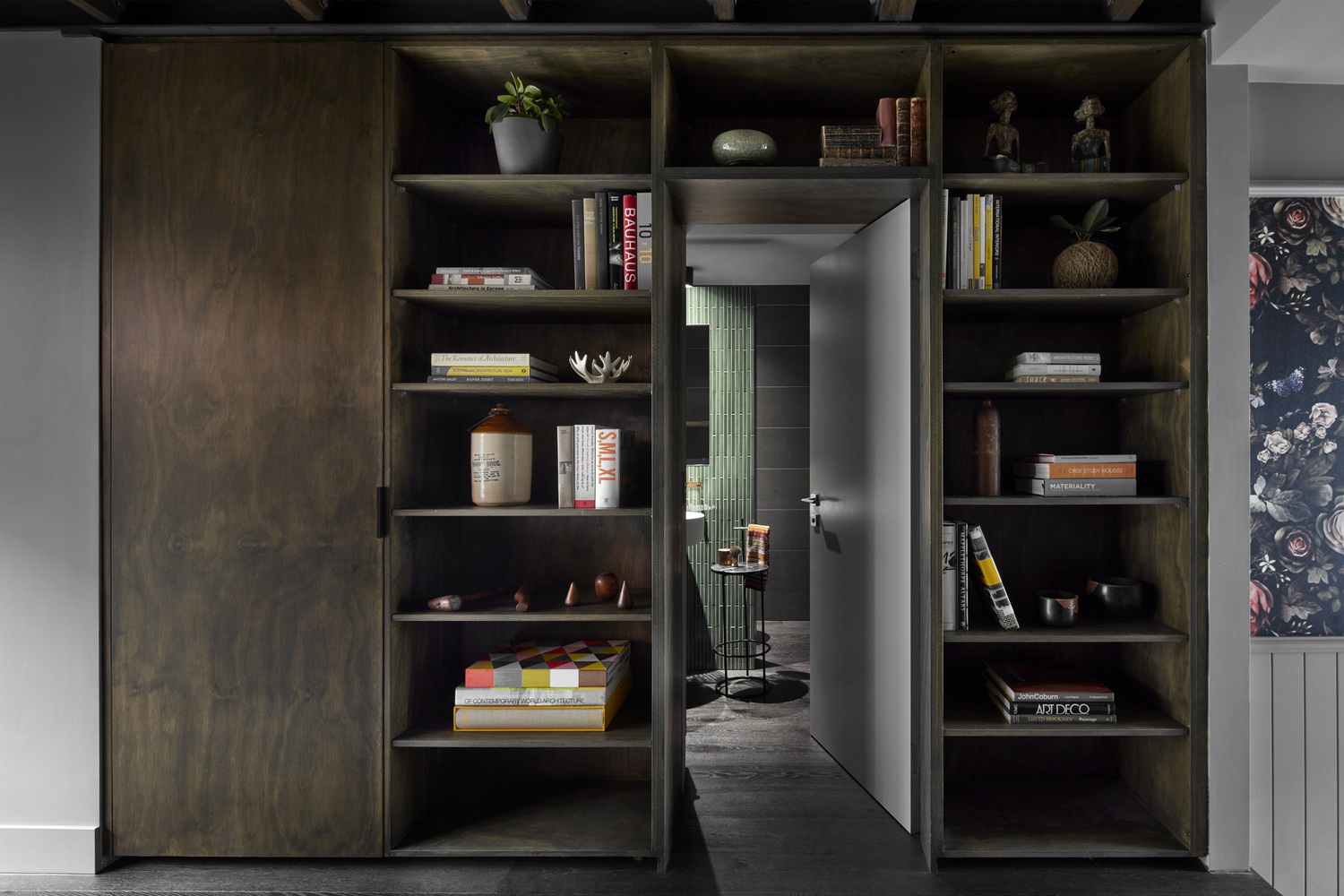 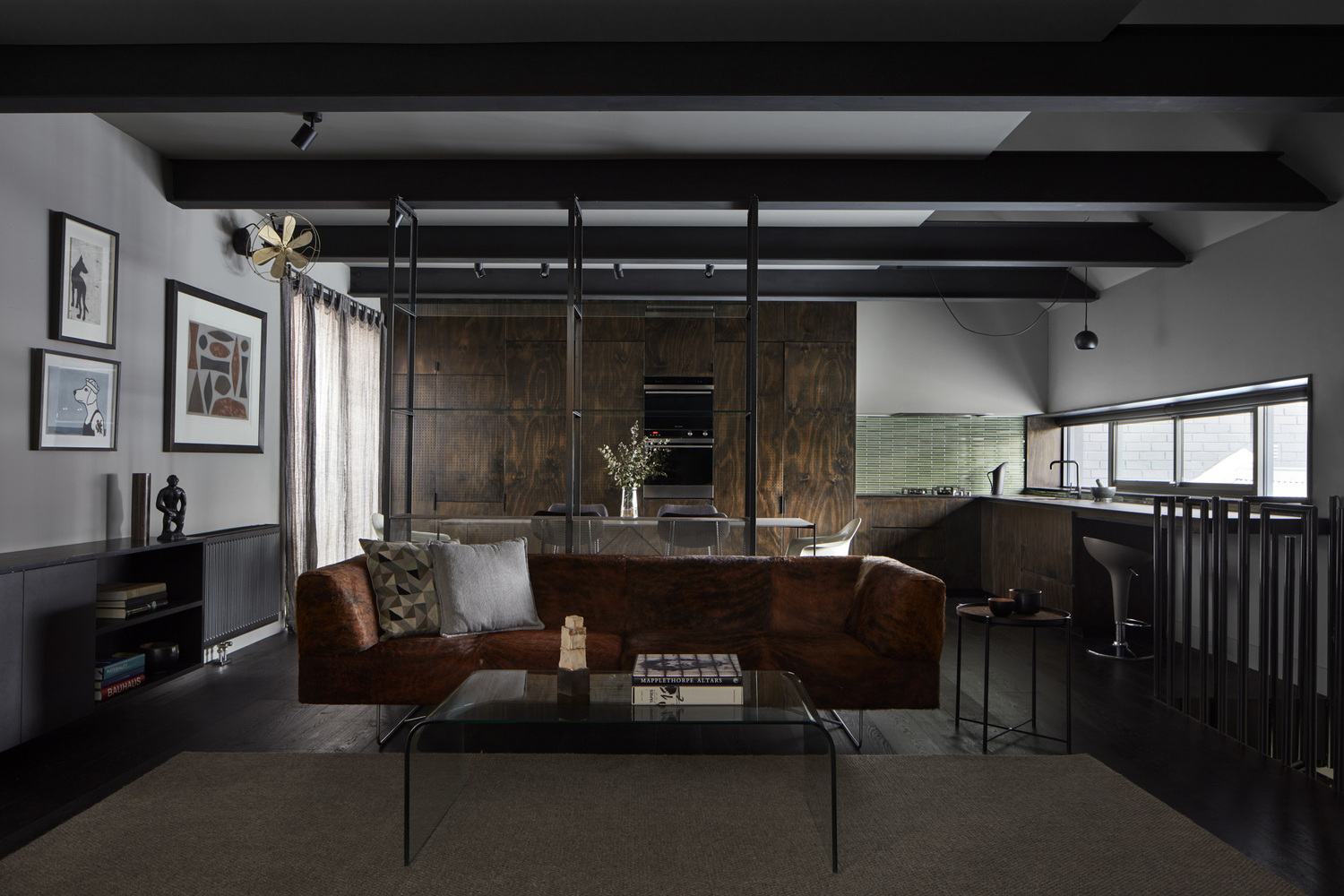 The small, confined cottage has been transformed into a free-flowing home. Structural elements have been exposed and the rich interior celebrates materials with plywood, oak, steel, bluestone and concrete all on display. 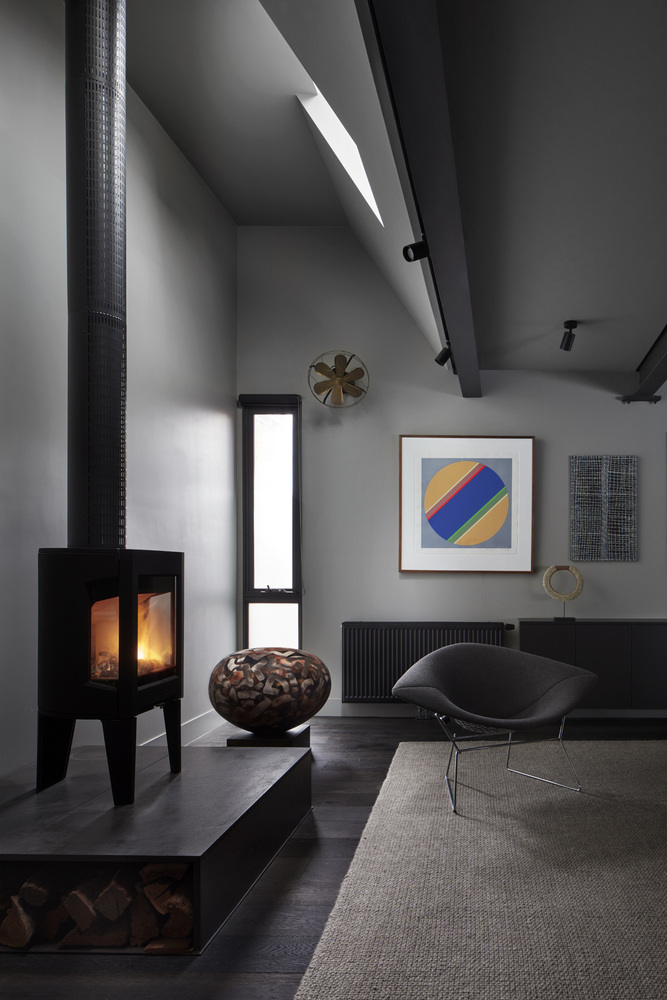 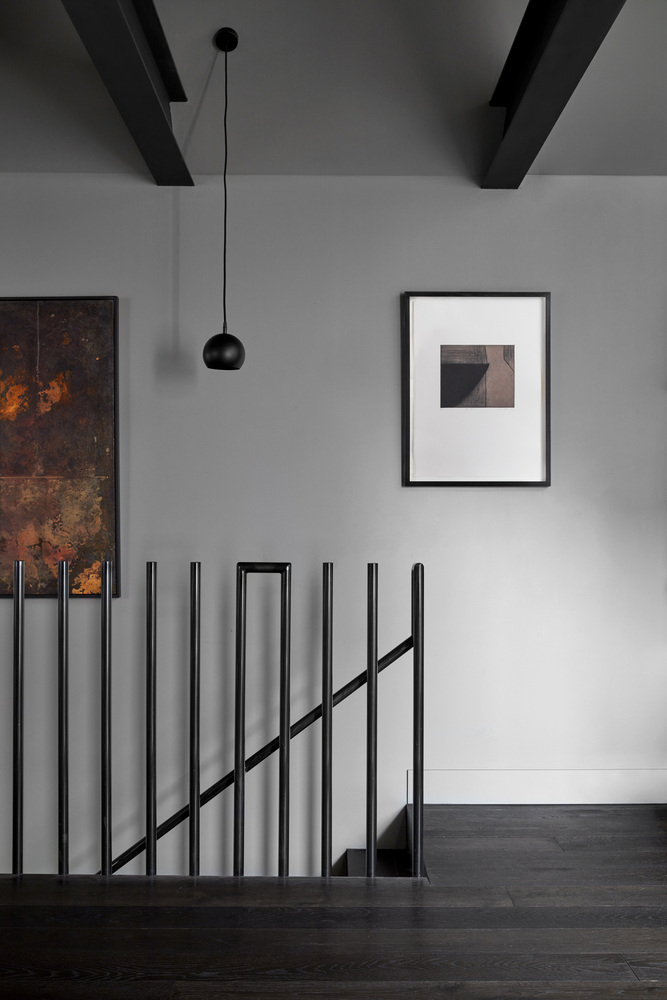 Once you move past the original part of the cottage, extensive glazing and north-facing skylights create a bright and light-filled home. Sliding doors open the home to the outdoors, while flush floor levels create a seamless transition between indoors and outdoors. 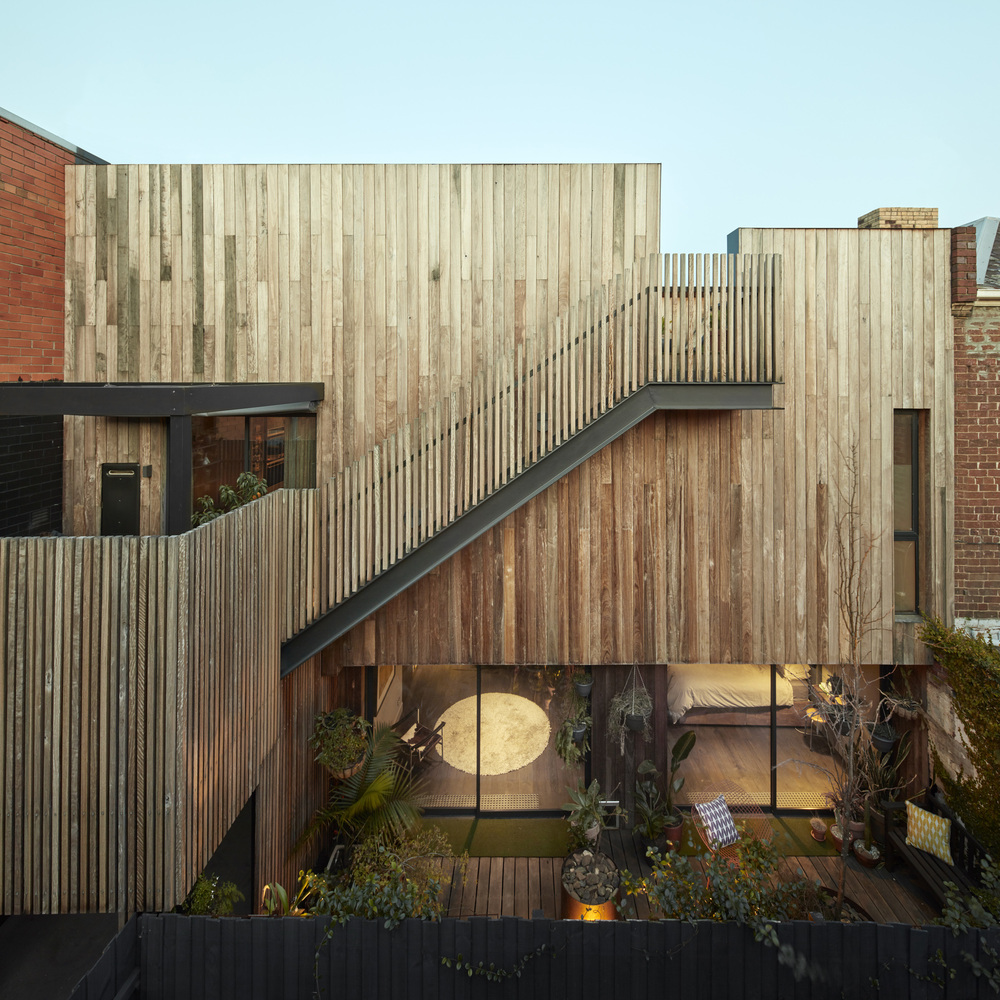 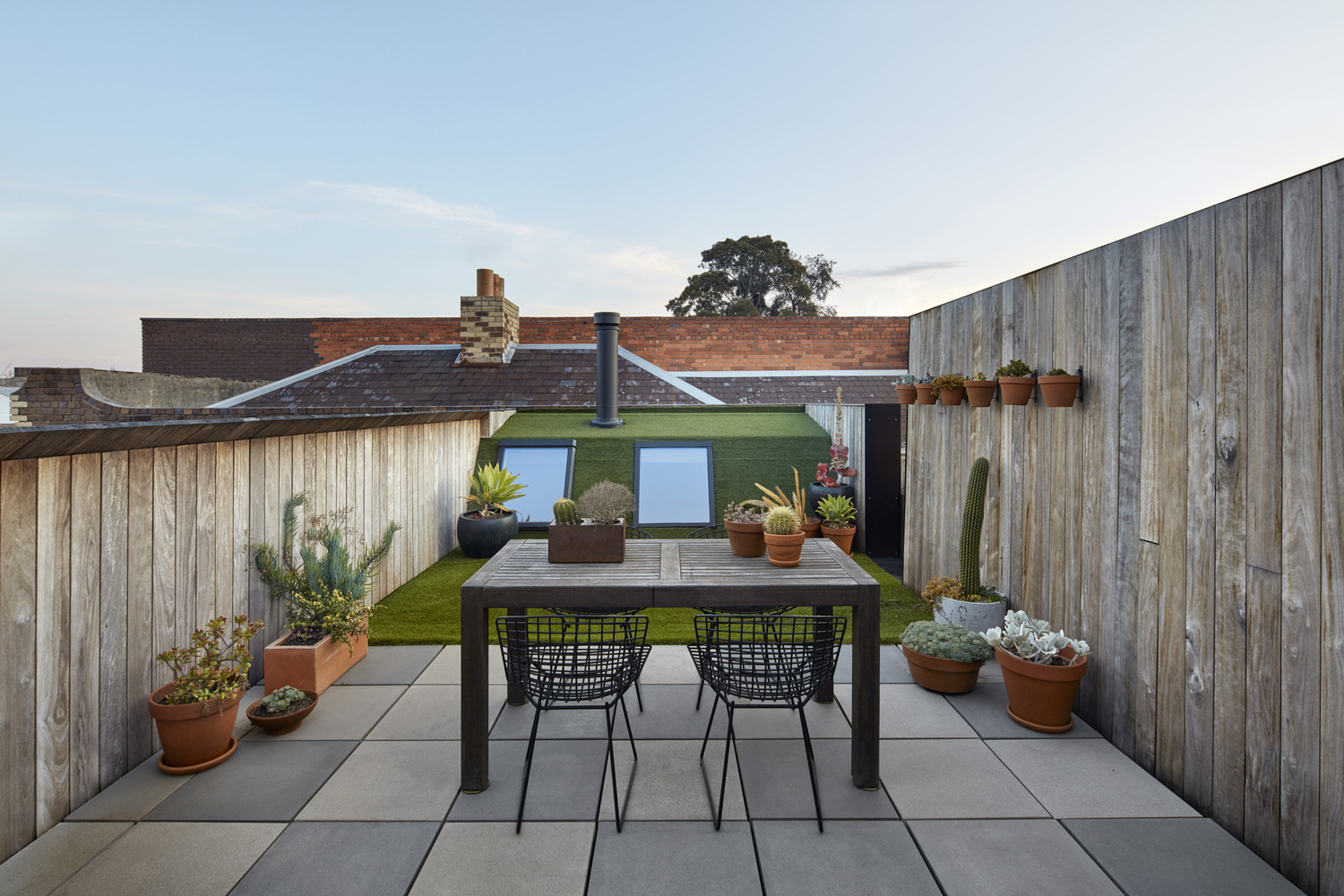 A sunny roof deck hides behind the angled roof of the home, creating a generous outdoor living space accessible by a sculptural steel and timber stair. 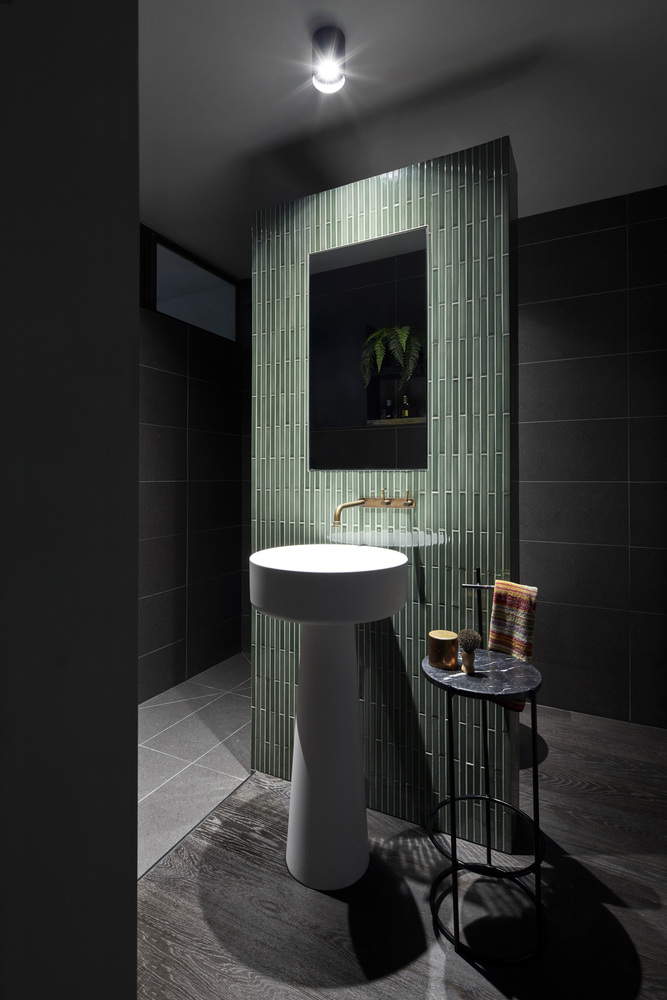 "In a varying streetscape of heritage and industrial buildings from the 19th and 20th centuries, and in an area of continued development and change Crisp House has finally secured its place. Hemmed in by taller buildings either side of it, the original cottage was overwhelmed and neglected for decades - its identity compromised by inappropriate treatments. The new works now fill in this gap and provide a sensitive and recessive backdrop to the faithfully restored dwelling that originated some 160+ years ago in England." - Robert Nichol & Sons 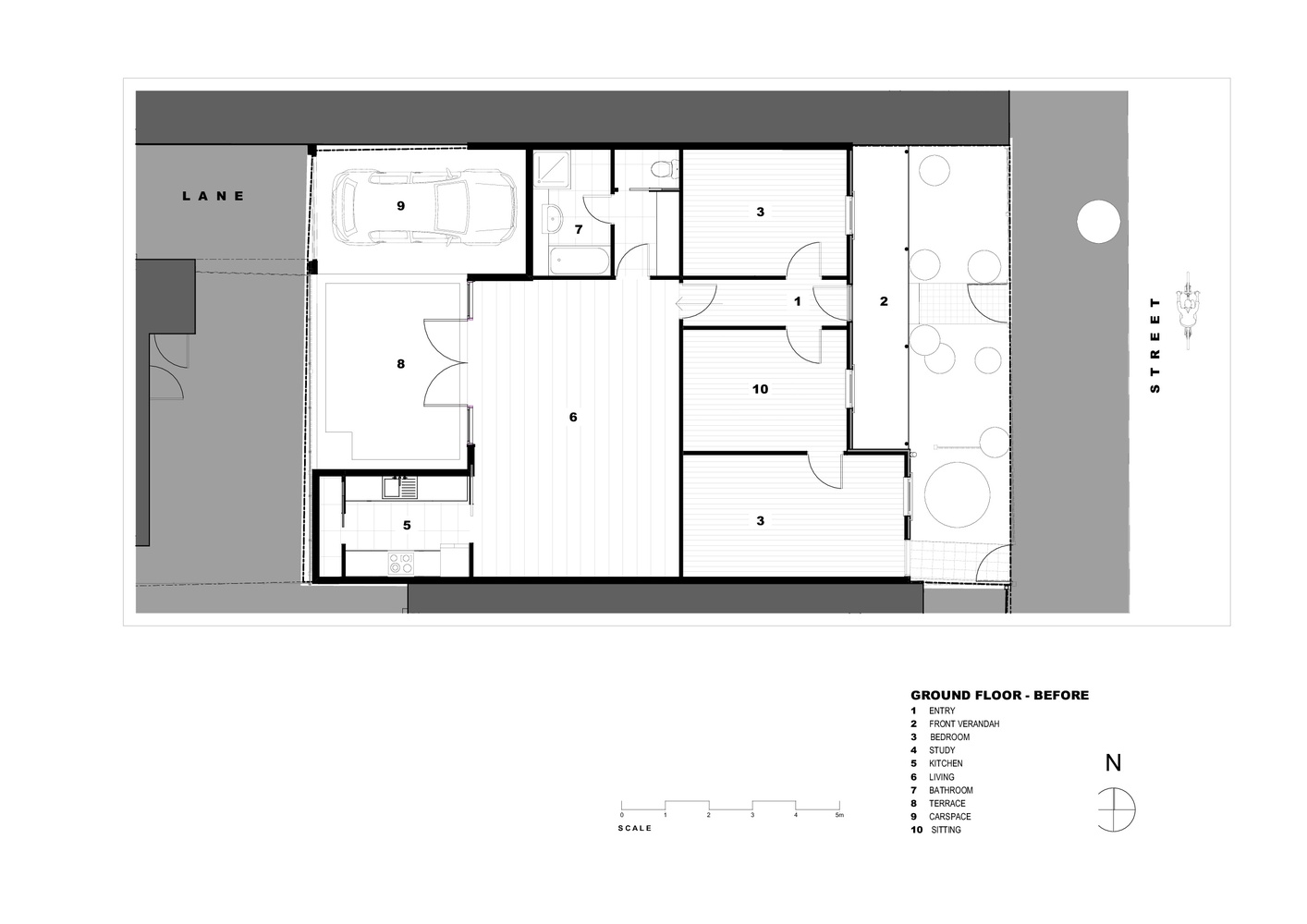 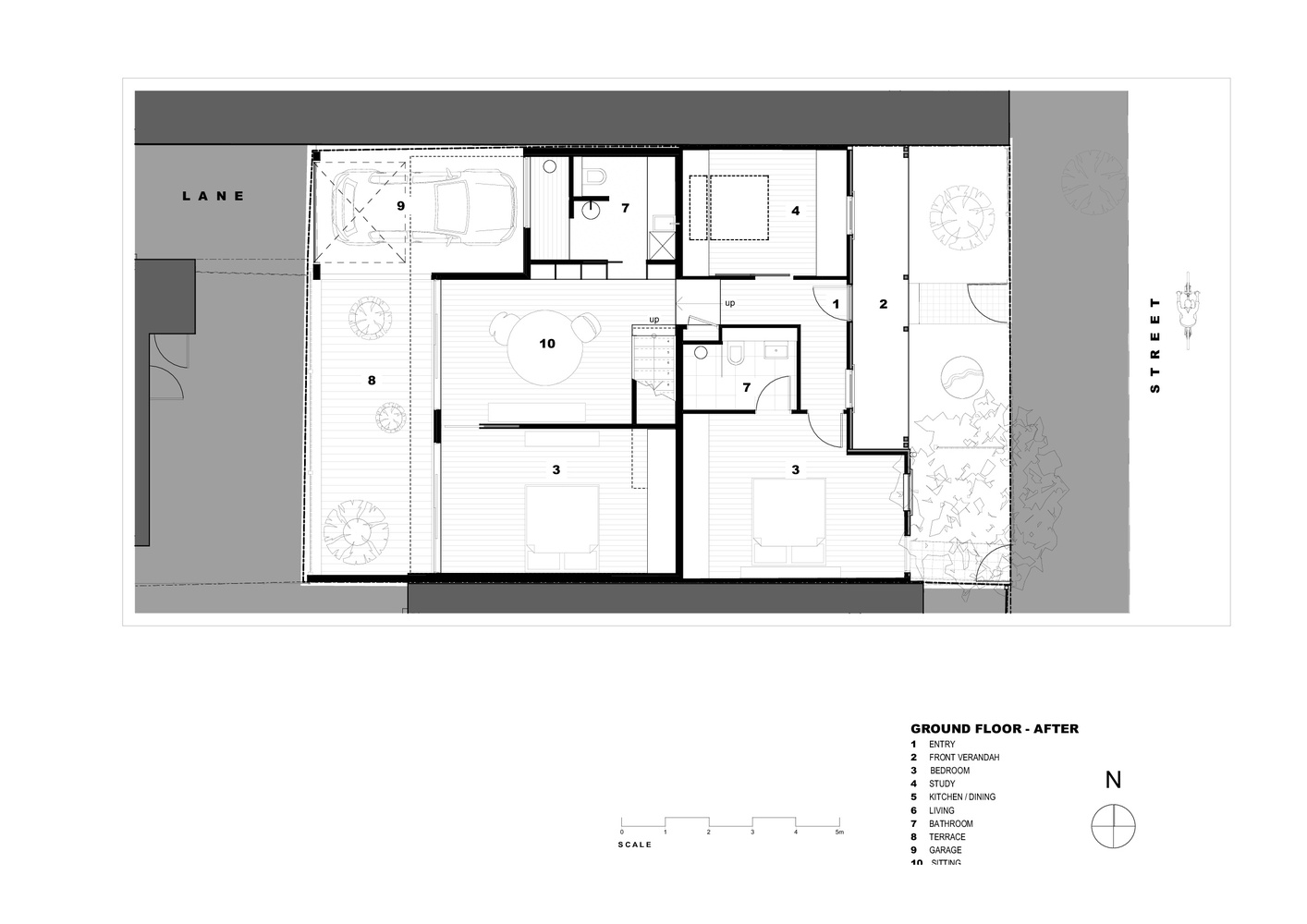 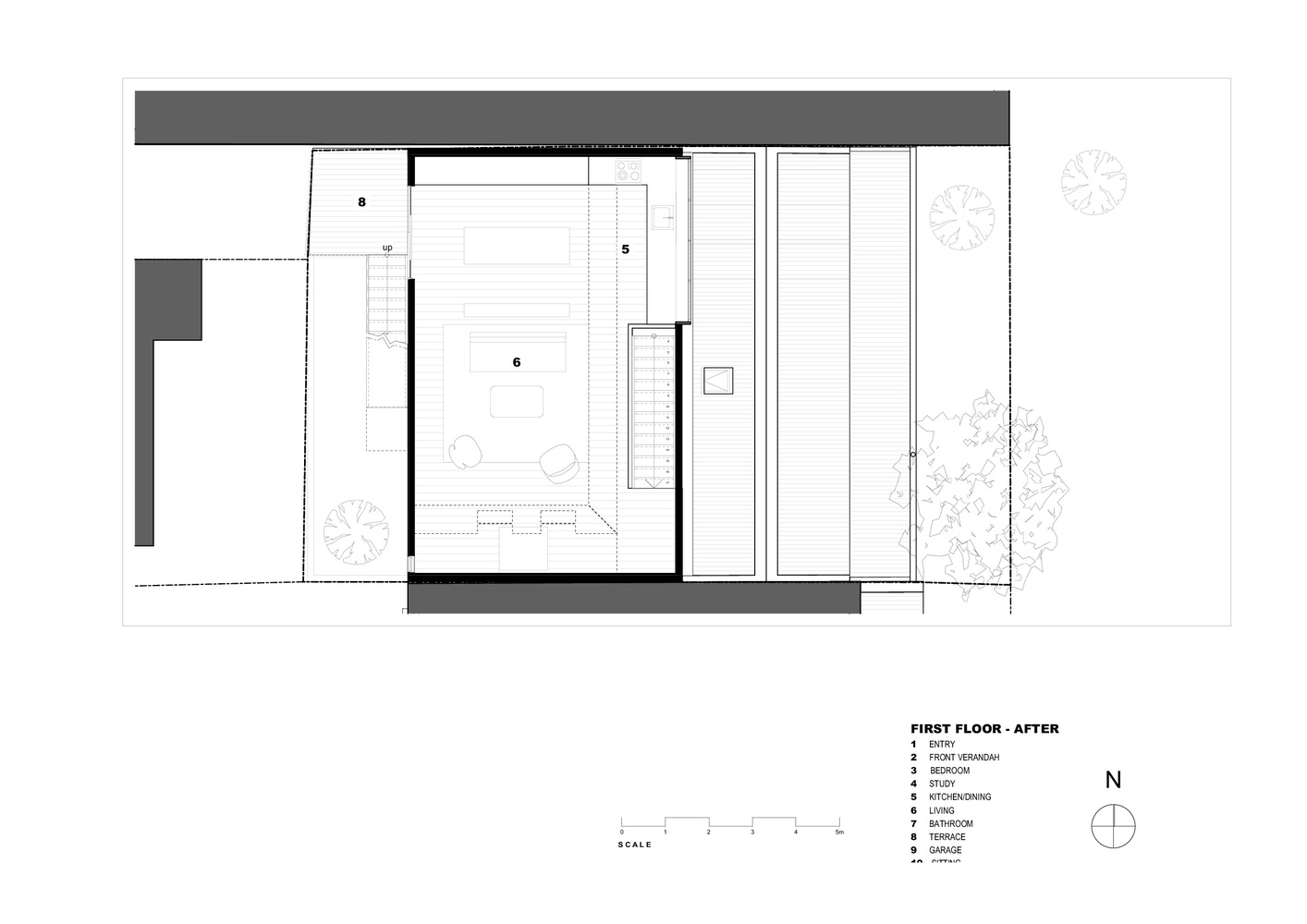 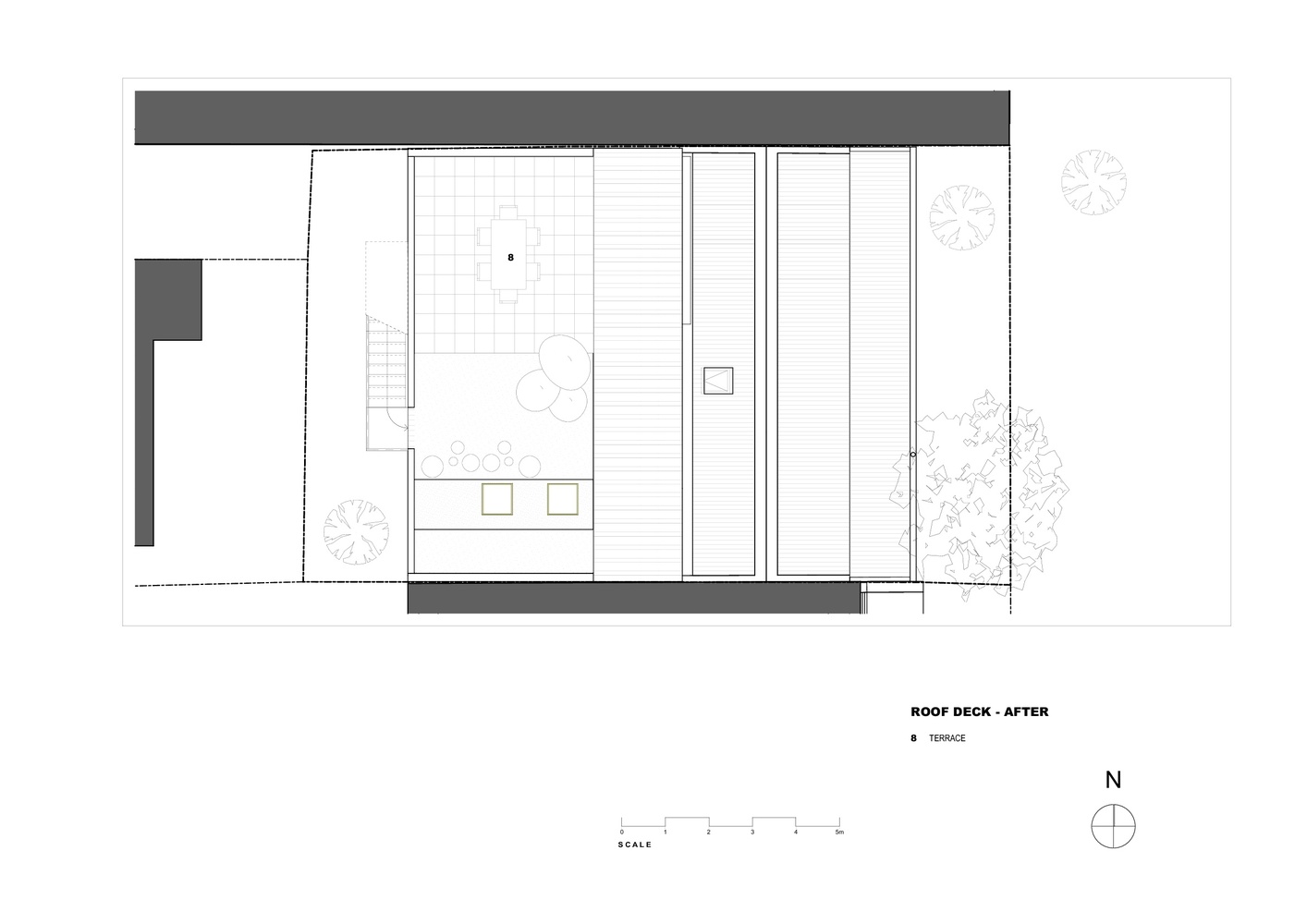 Tell us what you love about Crisp House...