After buying a "rough" knocker-downer in Melbourne's 'burbs, builder/designer/snow boarder, Robbie Walker decided to renovate instead. He was convinced (in spite of his partner, Alice's, doubts) he could make this project could work... 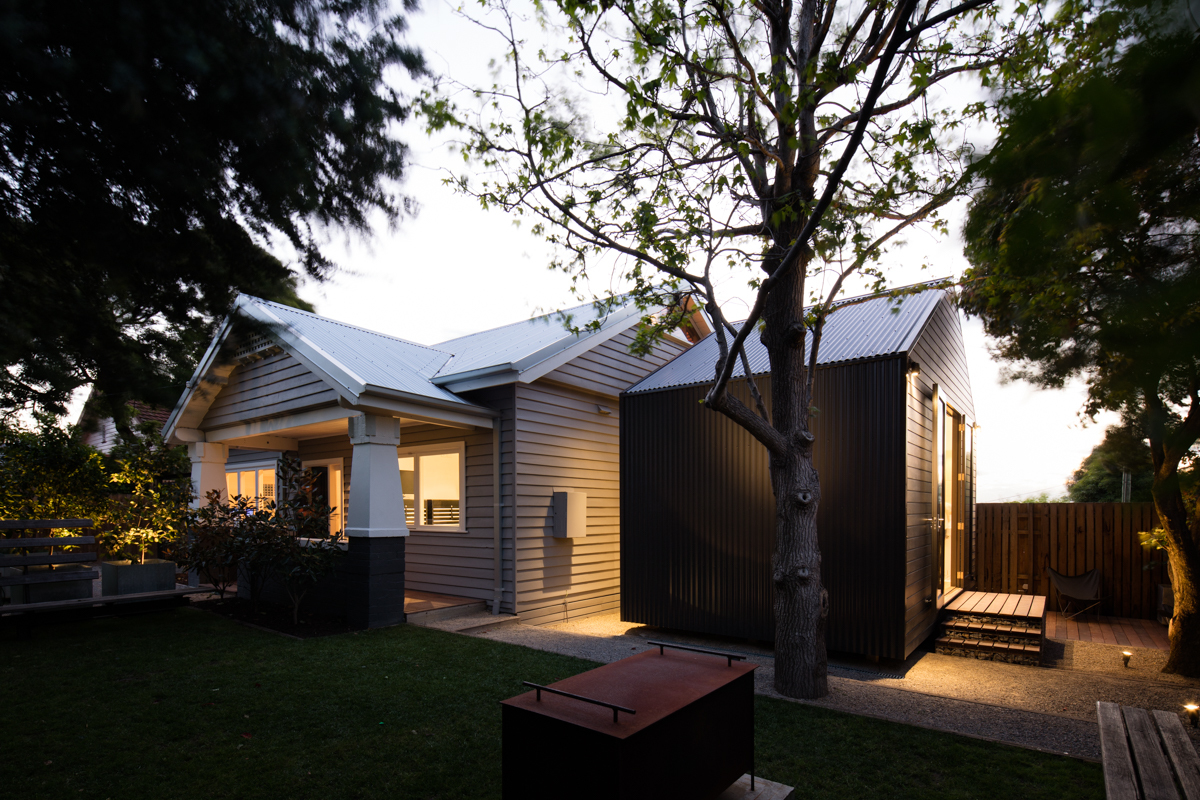 "We bought this house about three years ago", Robbie explains. "We were living in Richmond, feeling very cool in a converted old grocery store that I had just finished renovating. But after the birth of our second baby, the stairs, busy streets and a stupidly high mortgage (that meant we couldn’t go to any of the nice coffee shops we lived next door to anyway) it started to get to us." 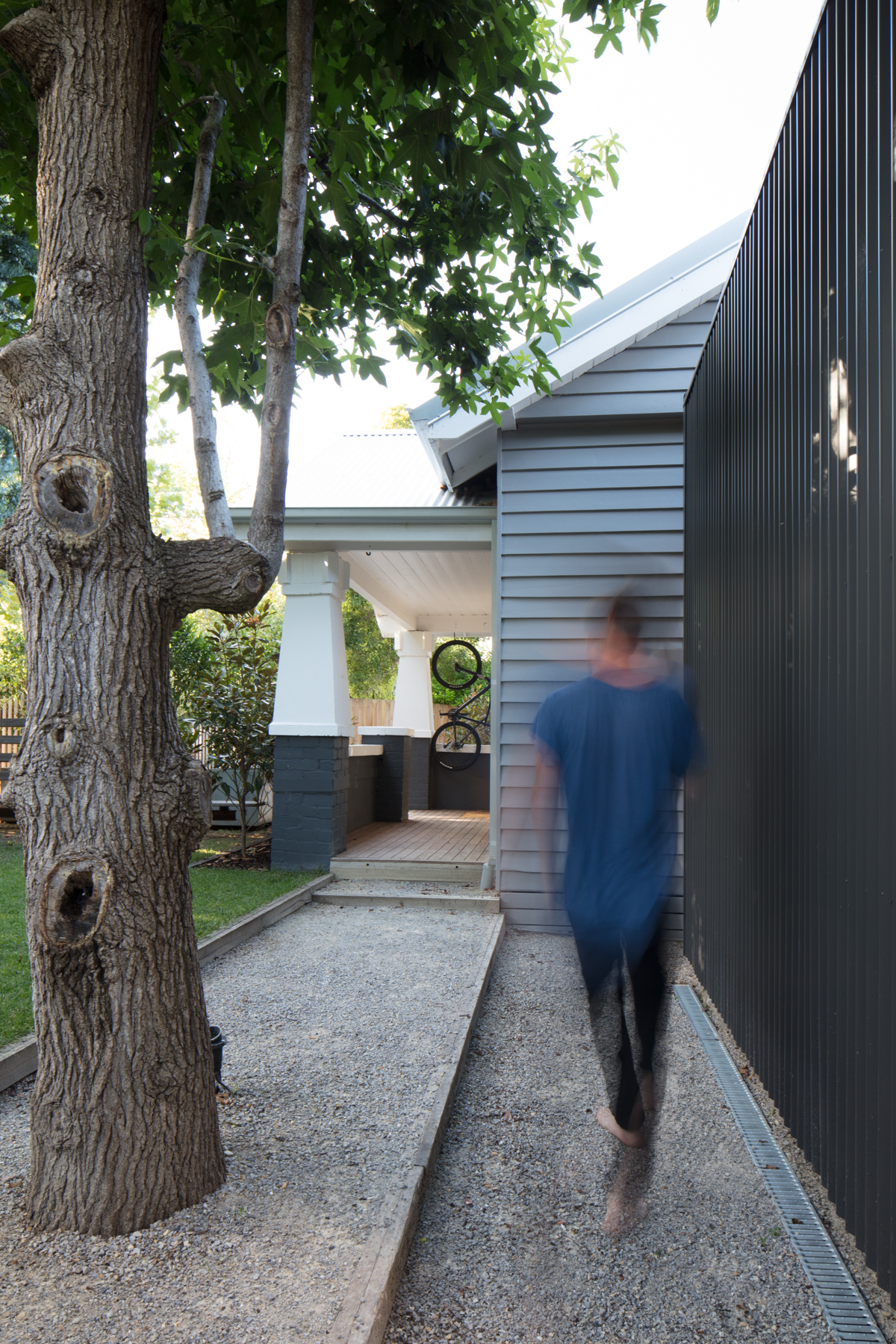 "We decided to move out to the burbs, find something with potential a little further out and maybe have a little less mortgage pressure. So even if the coffee shops weren’t as good, at least we could go to them." 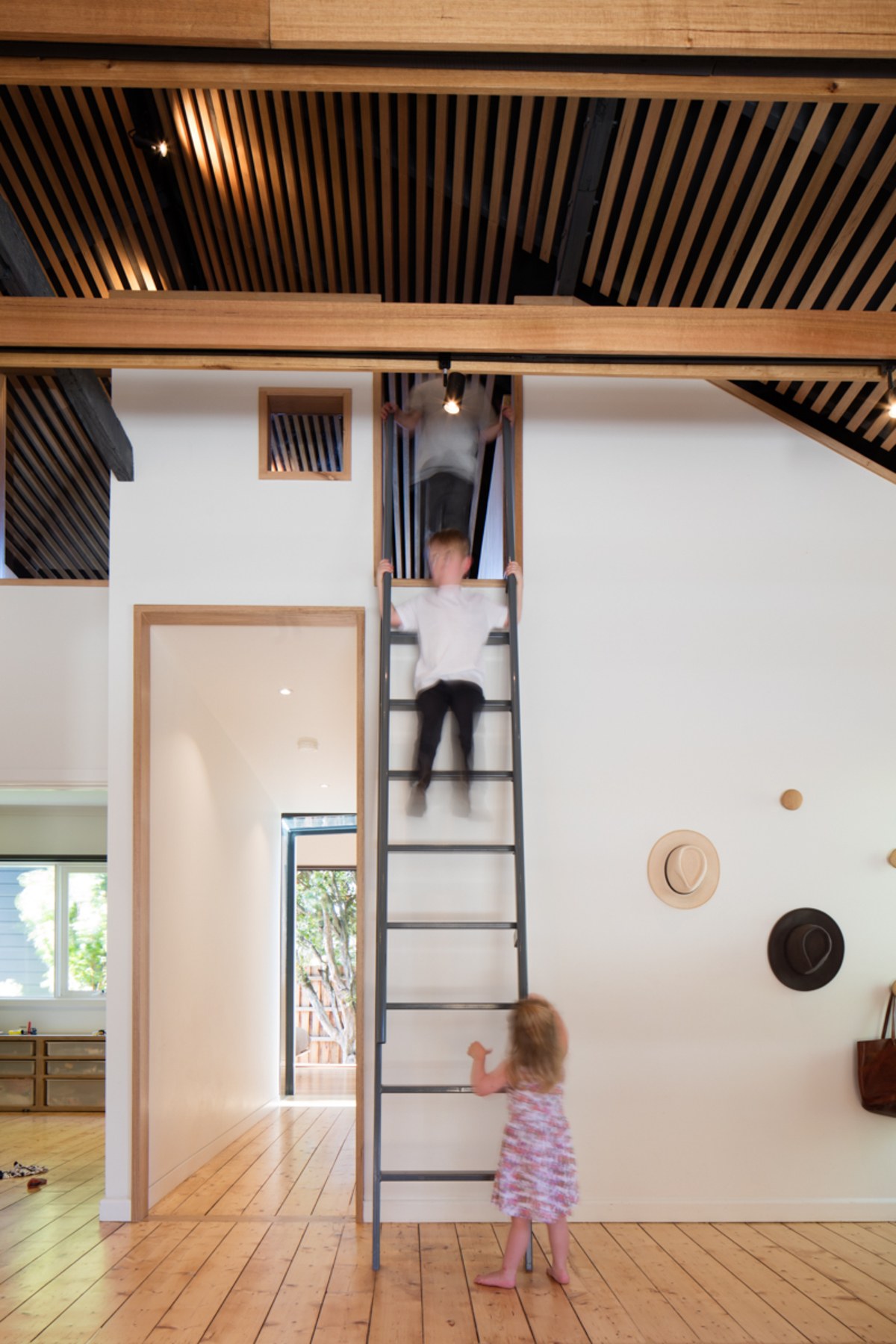 "When we bought this place it was rough, Alice hadn’t even seen it. We kept missing out at auctions so she had stoped coming. It had a fake tile roof, nasty aluminium windows and a really dodgy little add on. And, during a lovely '70s renovations the ceiling height had been dropped." 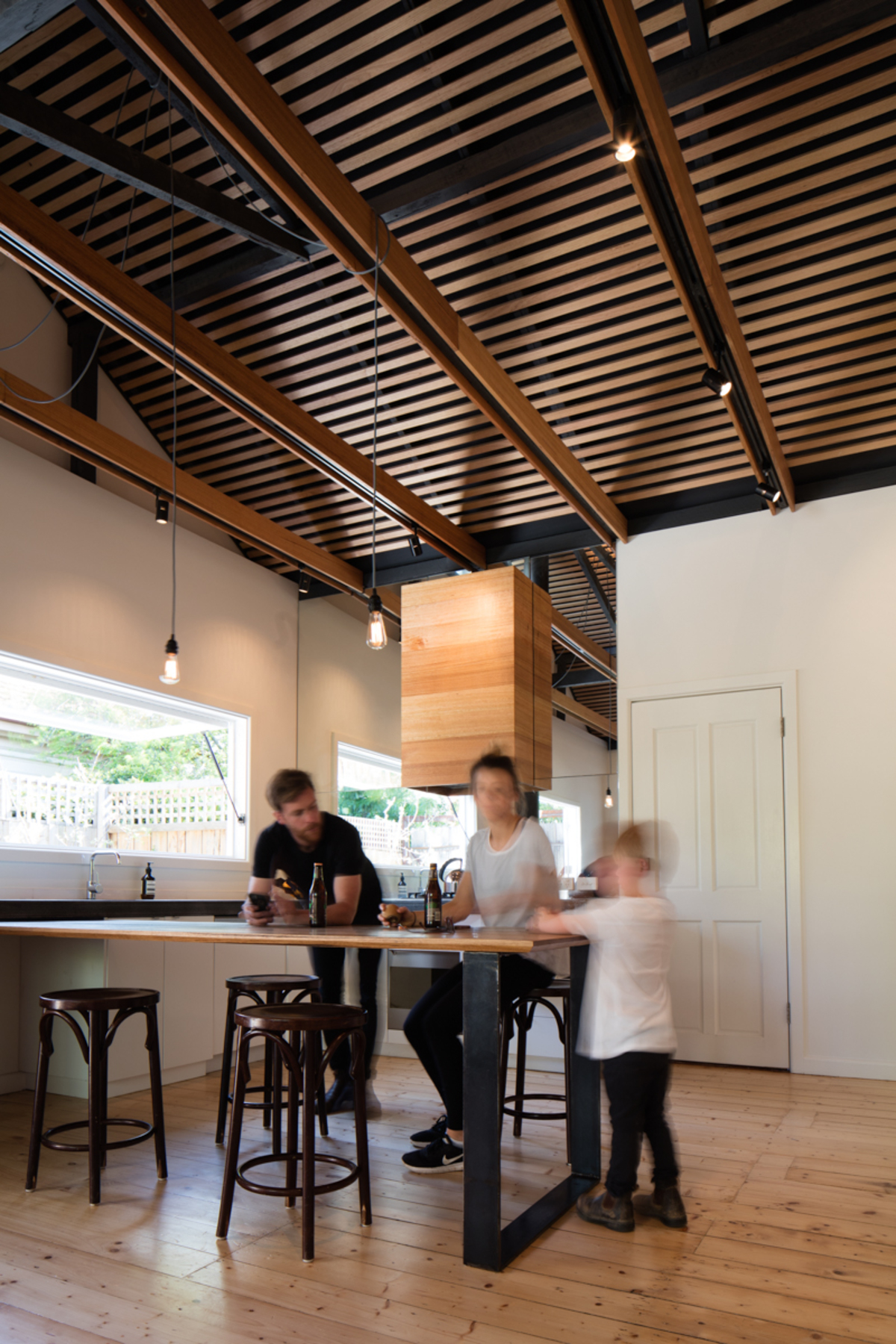 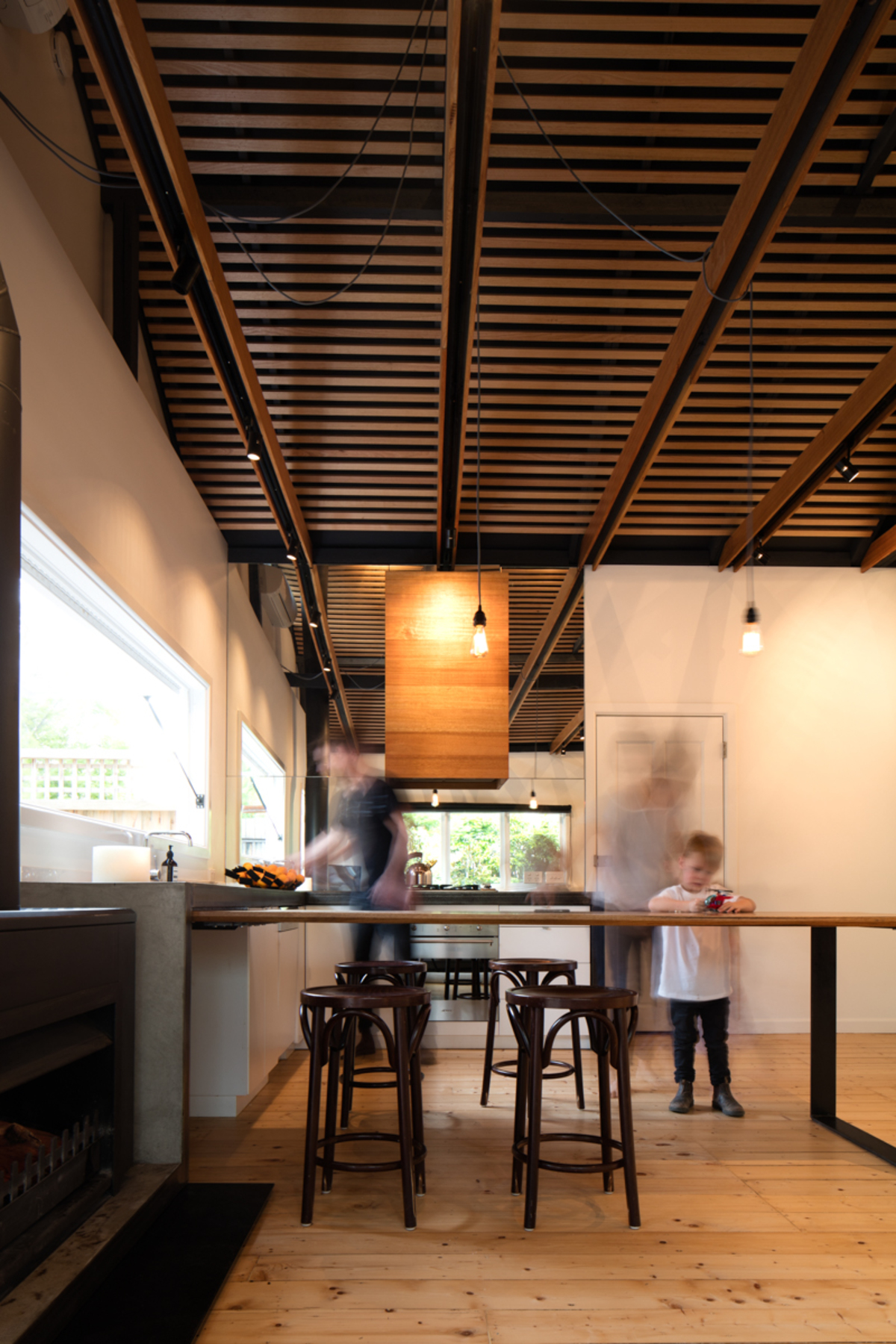 "I think everyone we were bidding against wanted to knock it down. Although that might have been more sensible I fall in love too easily. I do this thing where I tilt my head and squint my eyes just the right way to make things seem a little nicer." 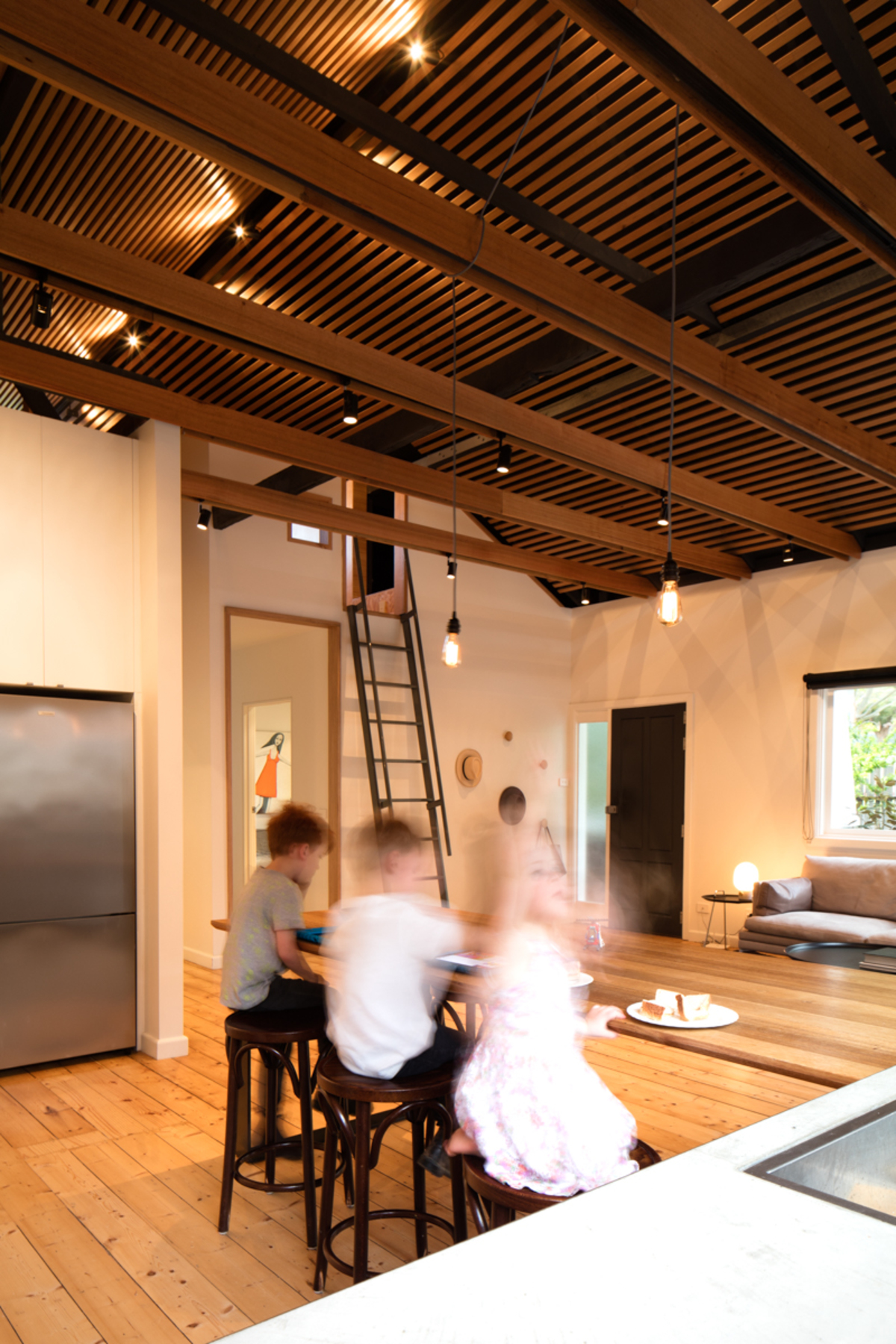 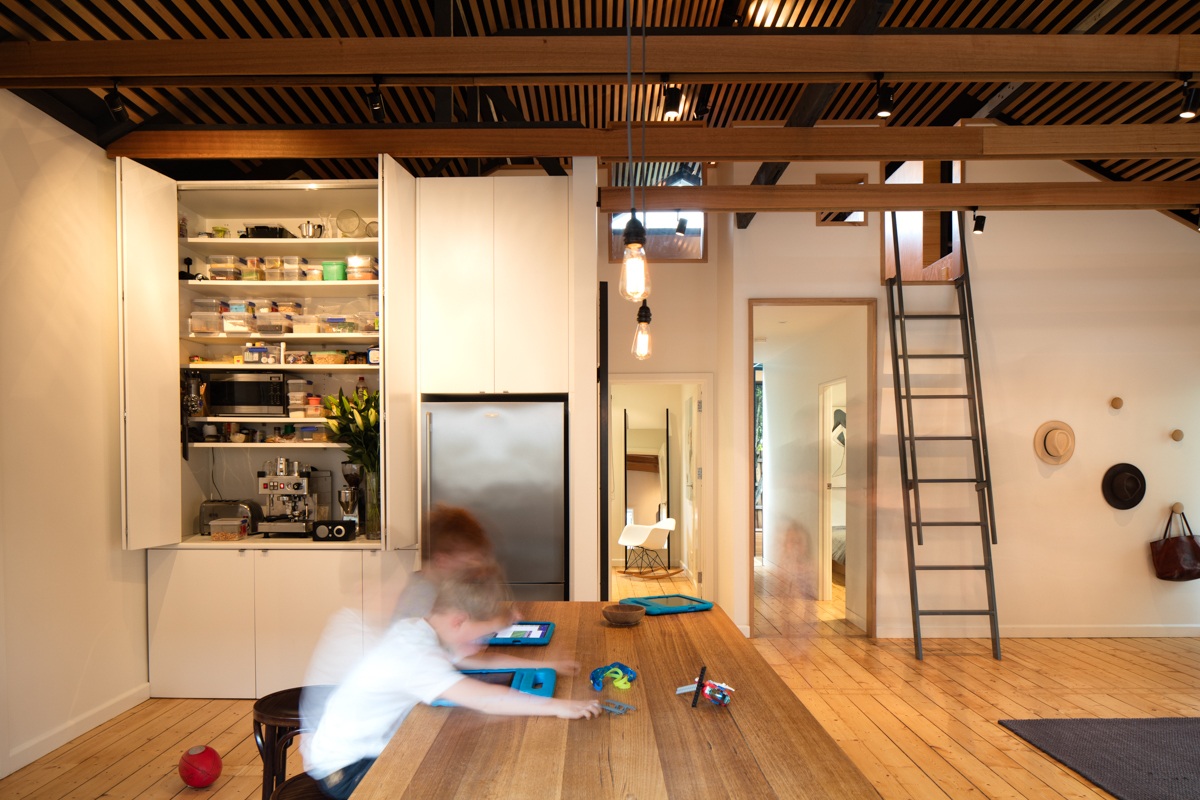 "When we pushed the little add on over and pulled down the dropped ceilings, we were left with a small 80 square metre house with two bedrooms and one bath. With the ceiling down the tall roof space made the house feel really cool. It also left a really usable attic space above the bedrooms. With a third baby on the way and Alice screaming this will never work, I would give my best 'we are all too greedy... less is more' speech, we decided to neaten it up and move in." 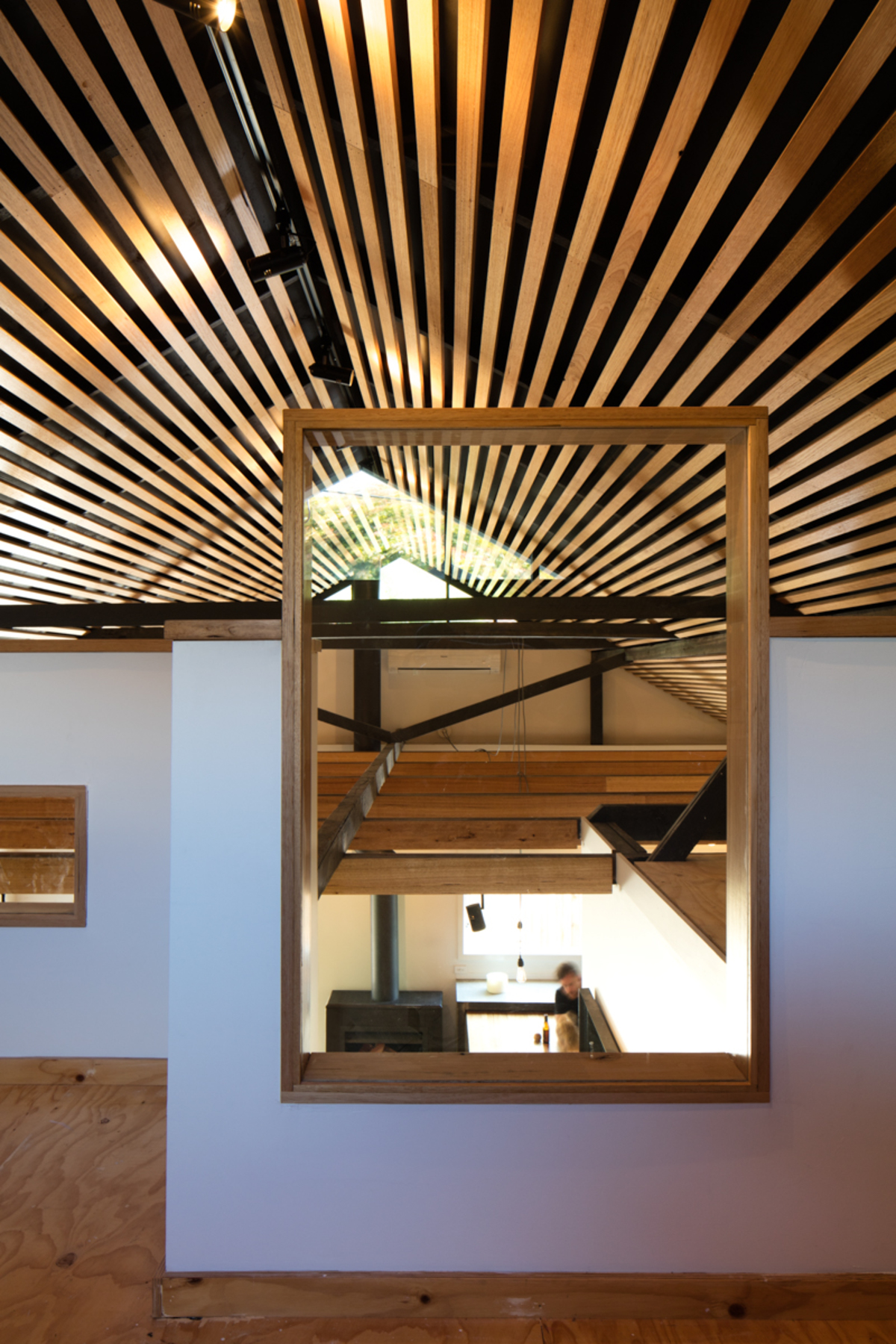 "We spent about a year and half using the attic as our bedroom. I felt like I was back in Richmond in a cool loft, and loved it. Meanwhile, Alice hated it… going up and down a ladder five times a night to a newborn baby. So, I called my friends, Danius Malunis and Ben Willick, to help me design a master bedroom pod for a very, very deserving mum." 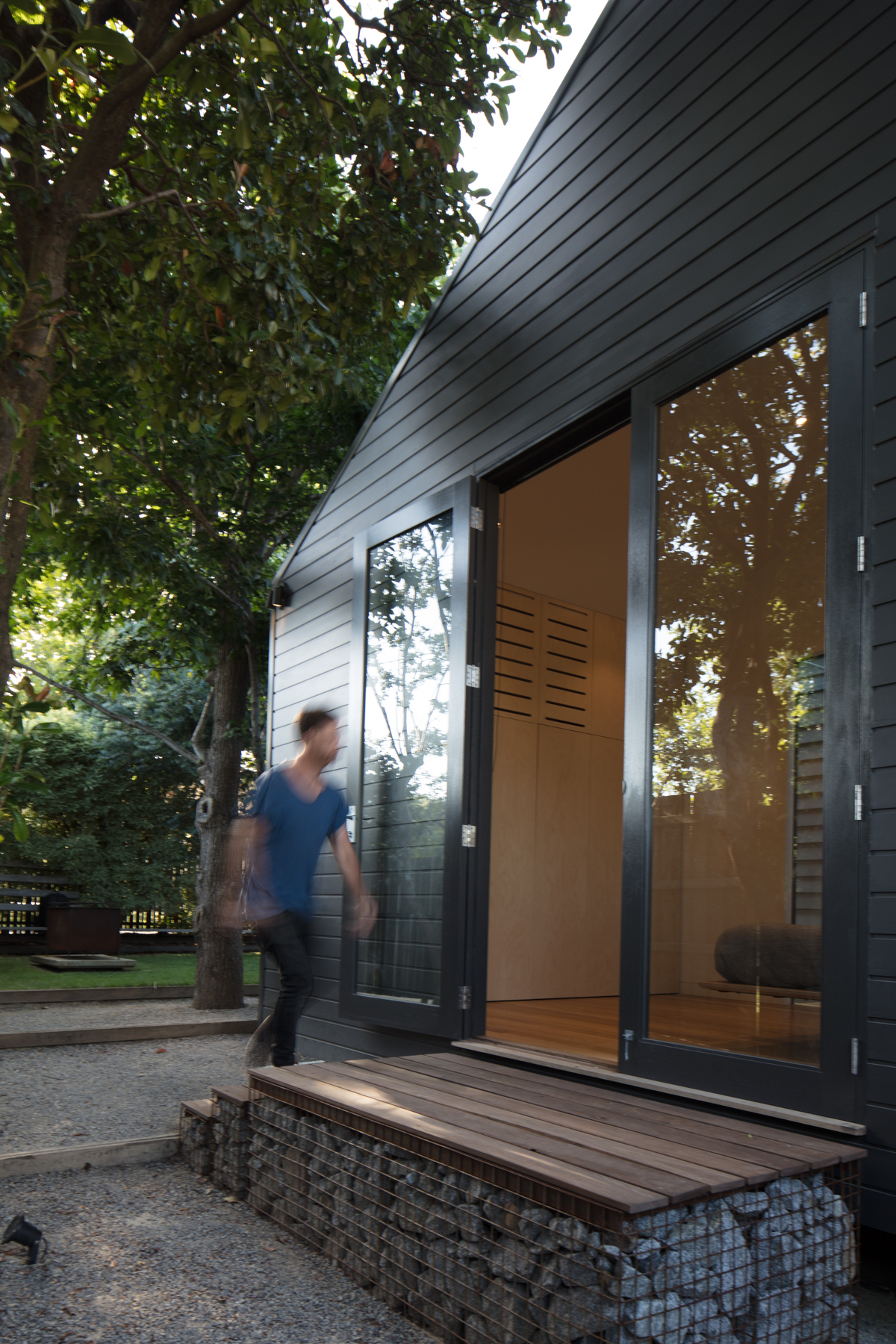 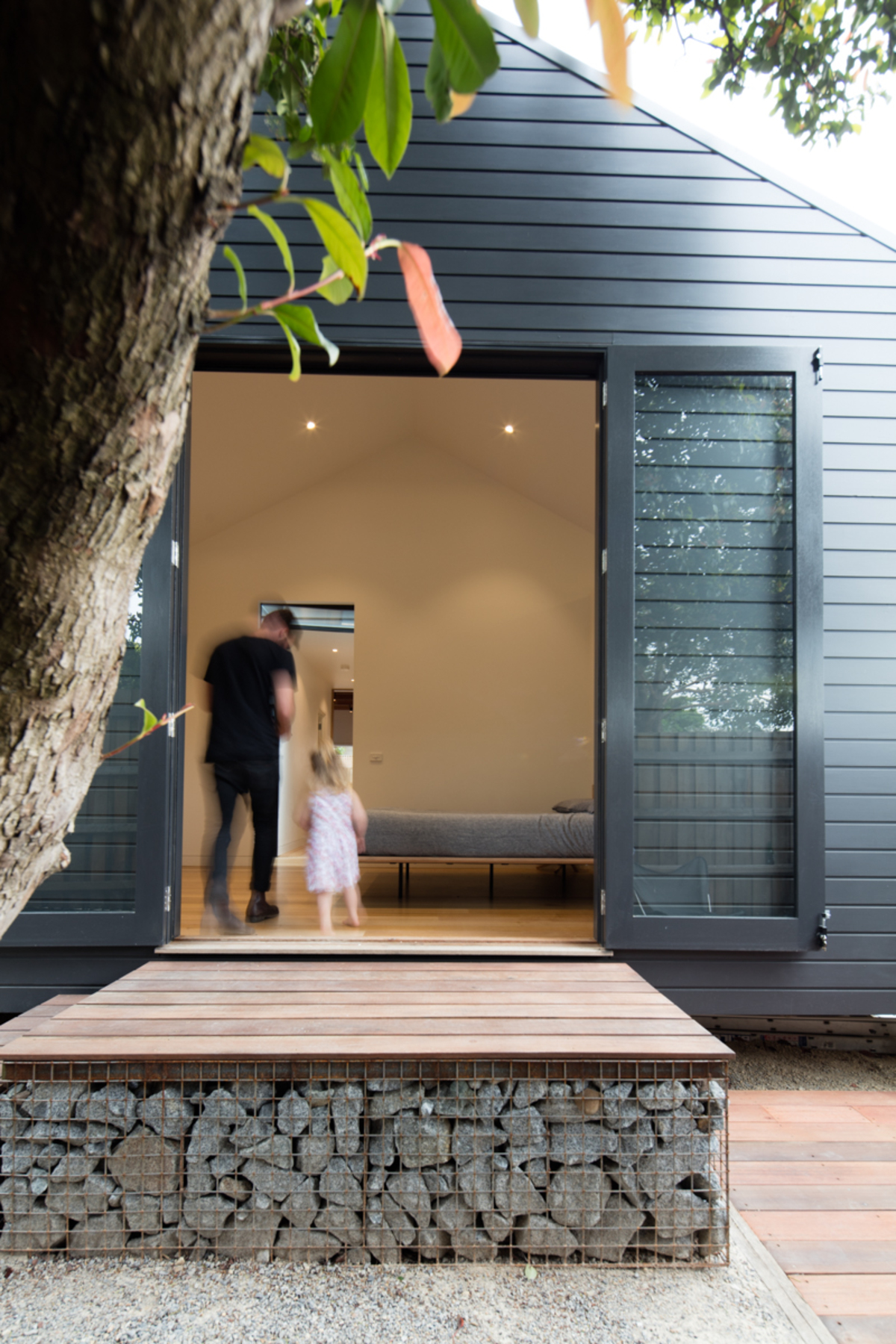 "I know it is nothing new but after pushing over the funny add on it just reinforced the idea of an honest contemporary extension, separate from the old building, was the way to go. It was a simple build and with the help of my brothers, was up in about 8 weeks."

The new pod matches the pitch of the existing home's roof line, but is pulled away from the house, connected by a glass link. Clad in COLORBOND® steel‎ Monument®, the addition is contemporary, but subtle. 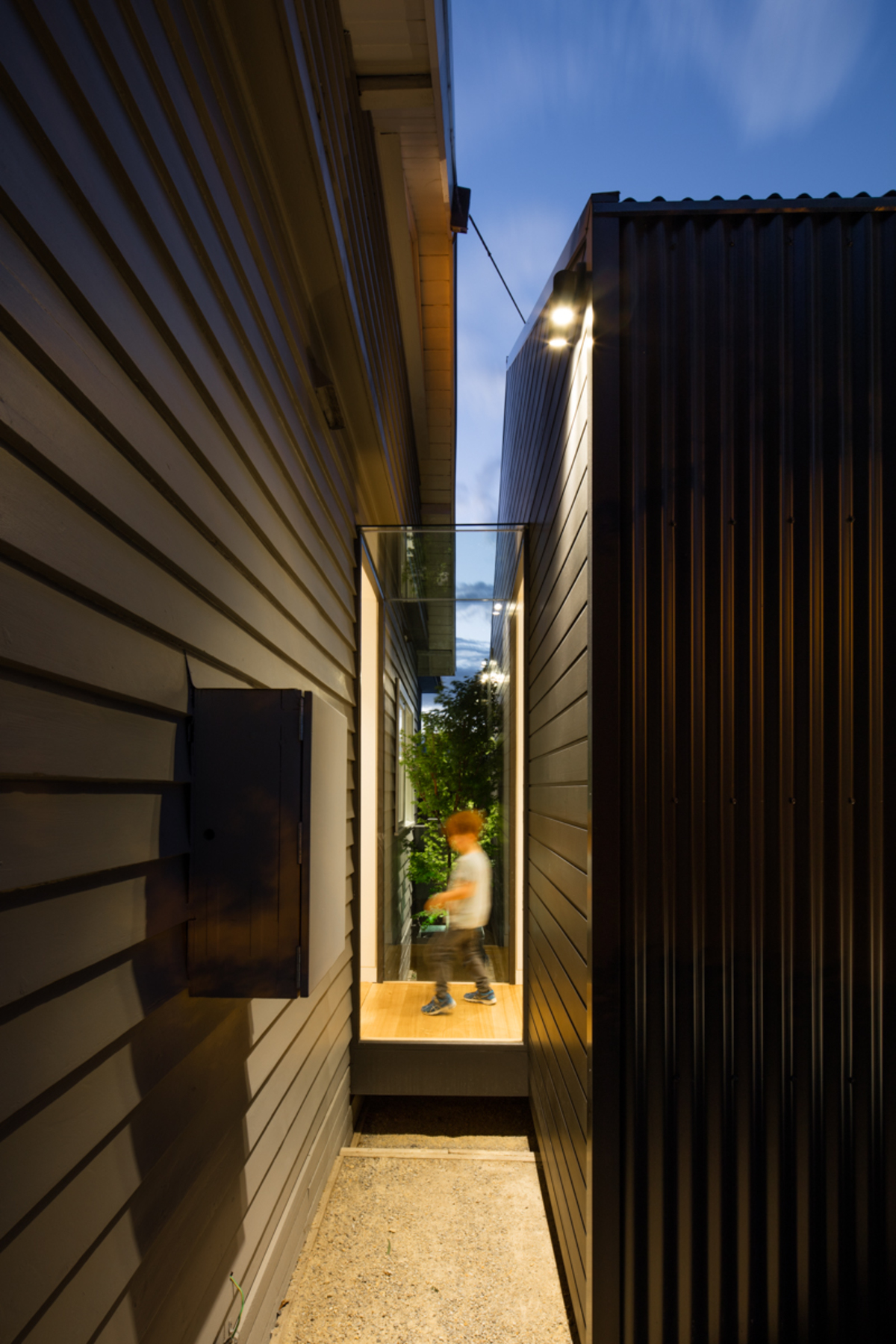 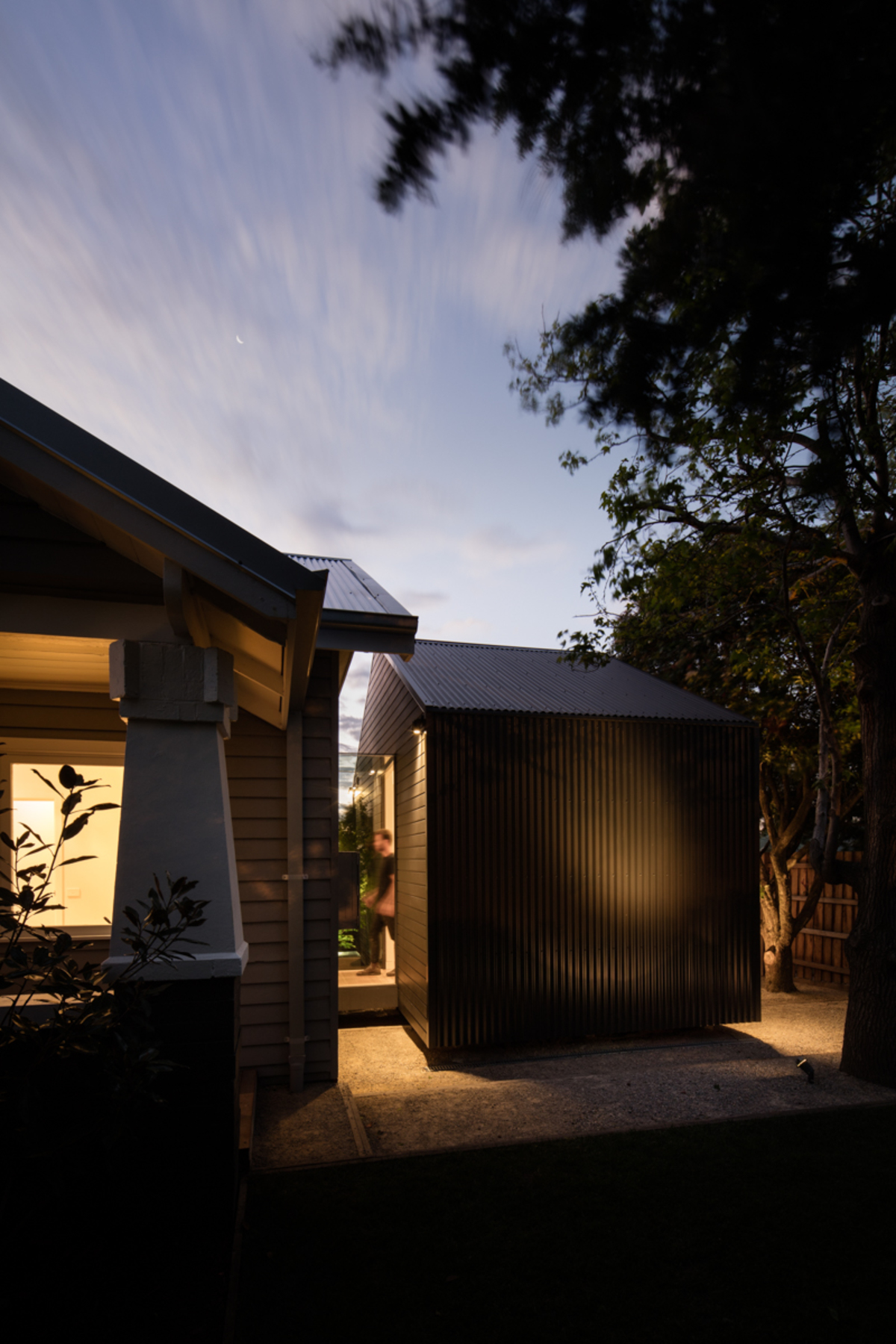 "We built the whole thing and then just before it was time to paint we cut the hole in what then was our little girls room and added the glass link. The link works so well, not just showing the difference between old and new, but it gives the hall and bedroom lots of nice light and also just makes it a little more fun and exciting to walk though." 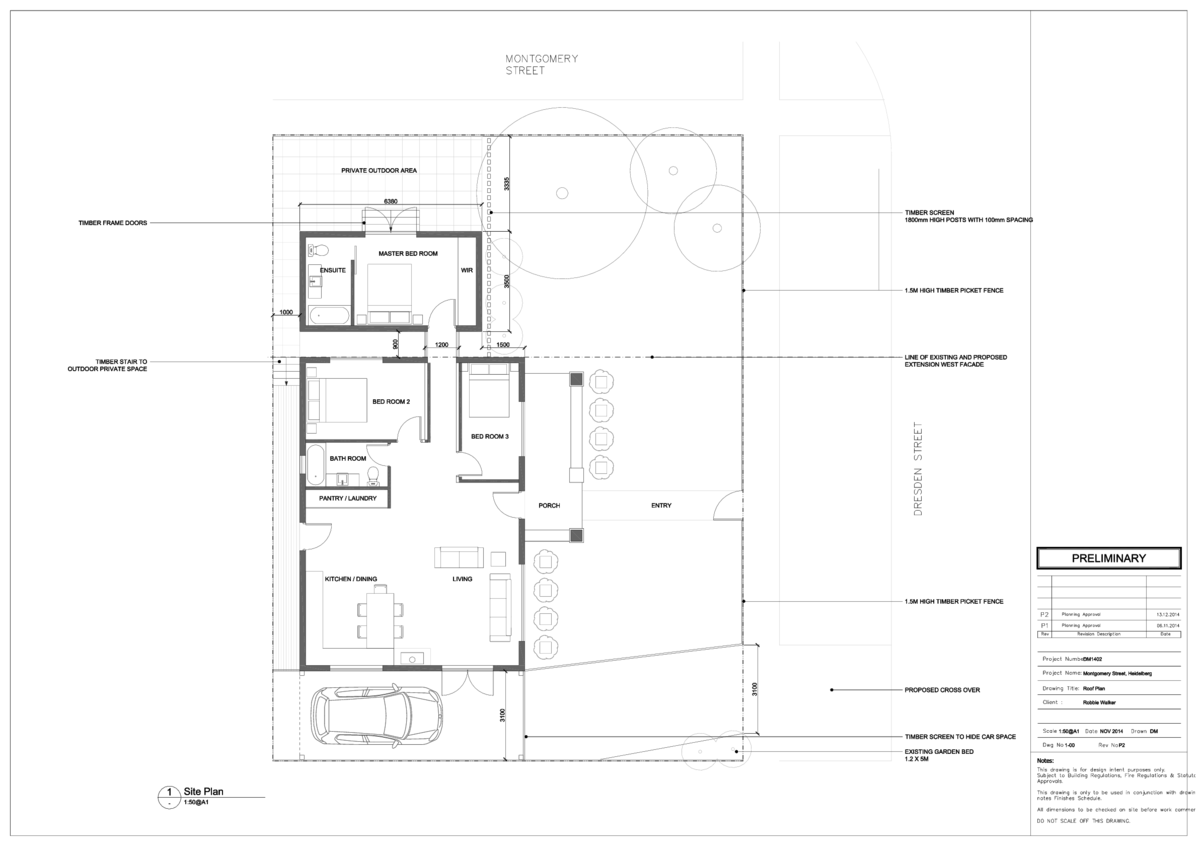 Tell us what you love about Glass Link House...