Inventive Addition to Heritage Cottage Challenges Our Idea of a Roof

Sean Godsell Architects completed alterations and additions to a small heritage listed timber cottage in inner Melbourne. The roof of the small but effective addition is the real winner - providing plenty of light to the small, overshadowed site. 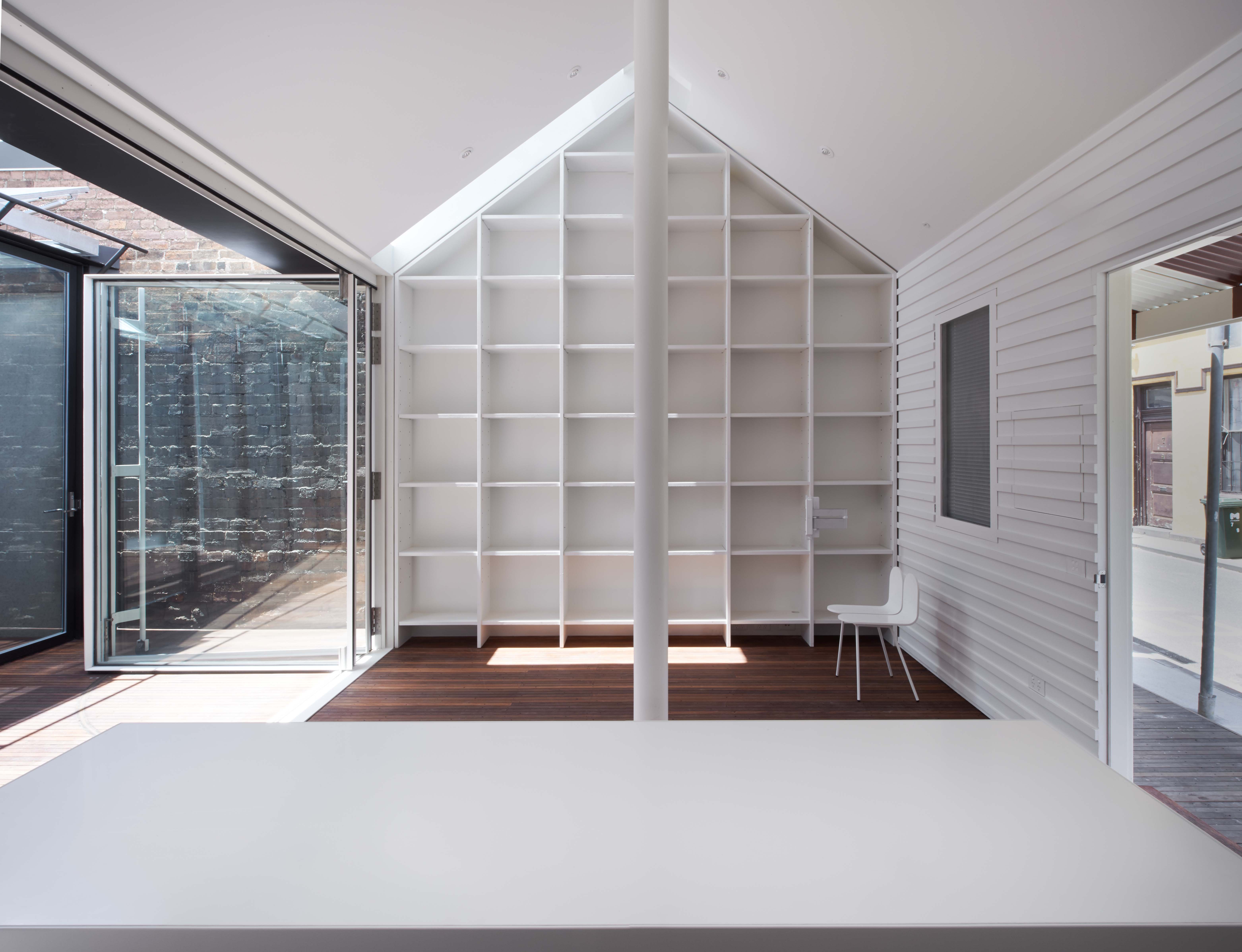 The client came to Sean Godsell Architects requesting a new home for the site in inner Melbourne. Both the architect and the client were surprised to find that local authorities considered the existing timber cottage was of heritage value. The architects disagreed with this decision, but ultimately to no avail. The council insisted the facade of the cottage remain in what architect Sean Godsell describes as "a case of limp-wristed facadism by the authorities and heritage 'experts'". Unfortunately this meant starting from scratch with the design, but the outcome is still a fascinating project. 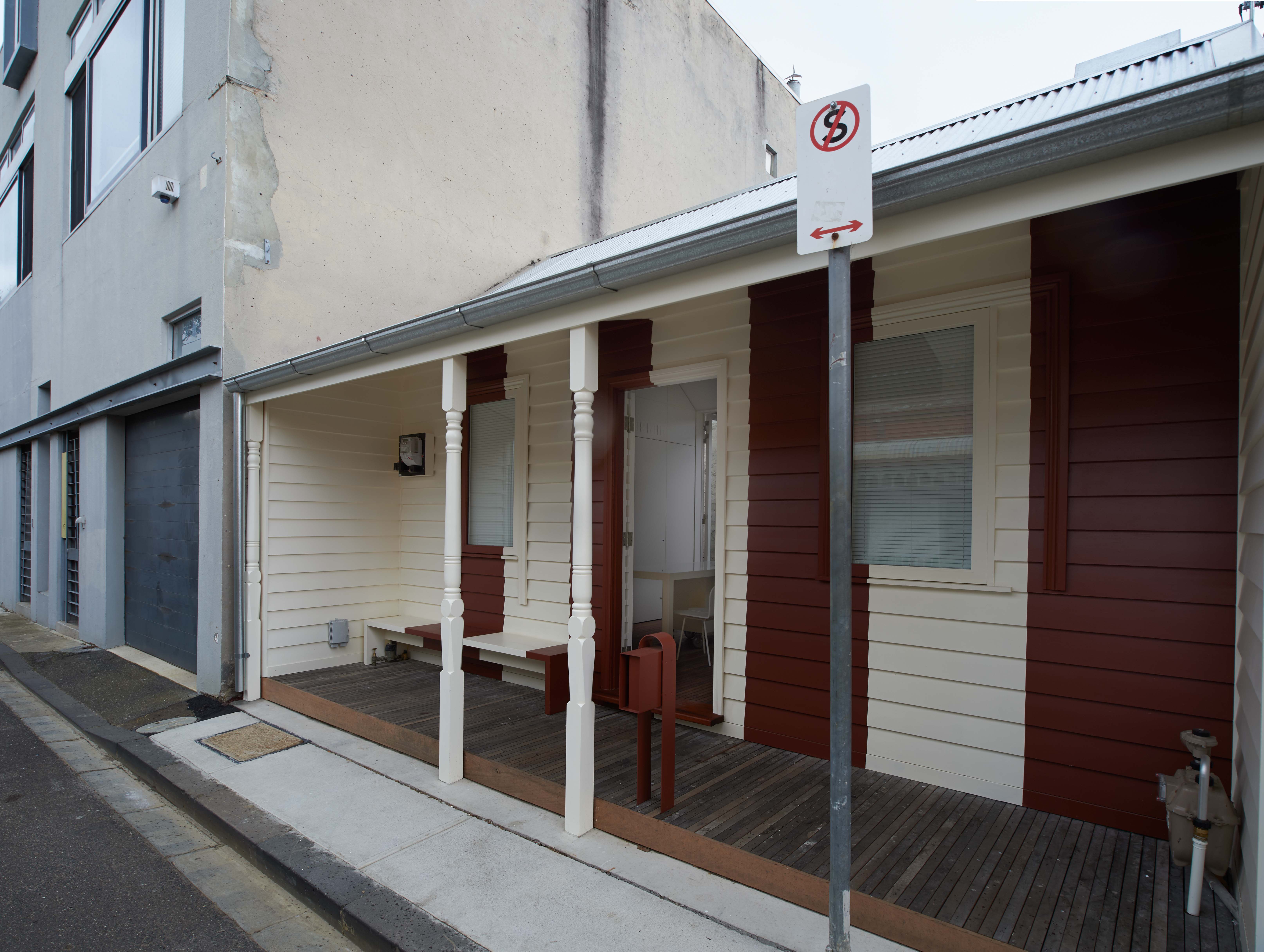 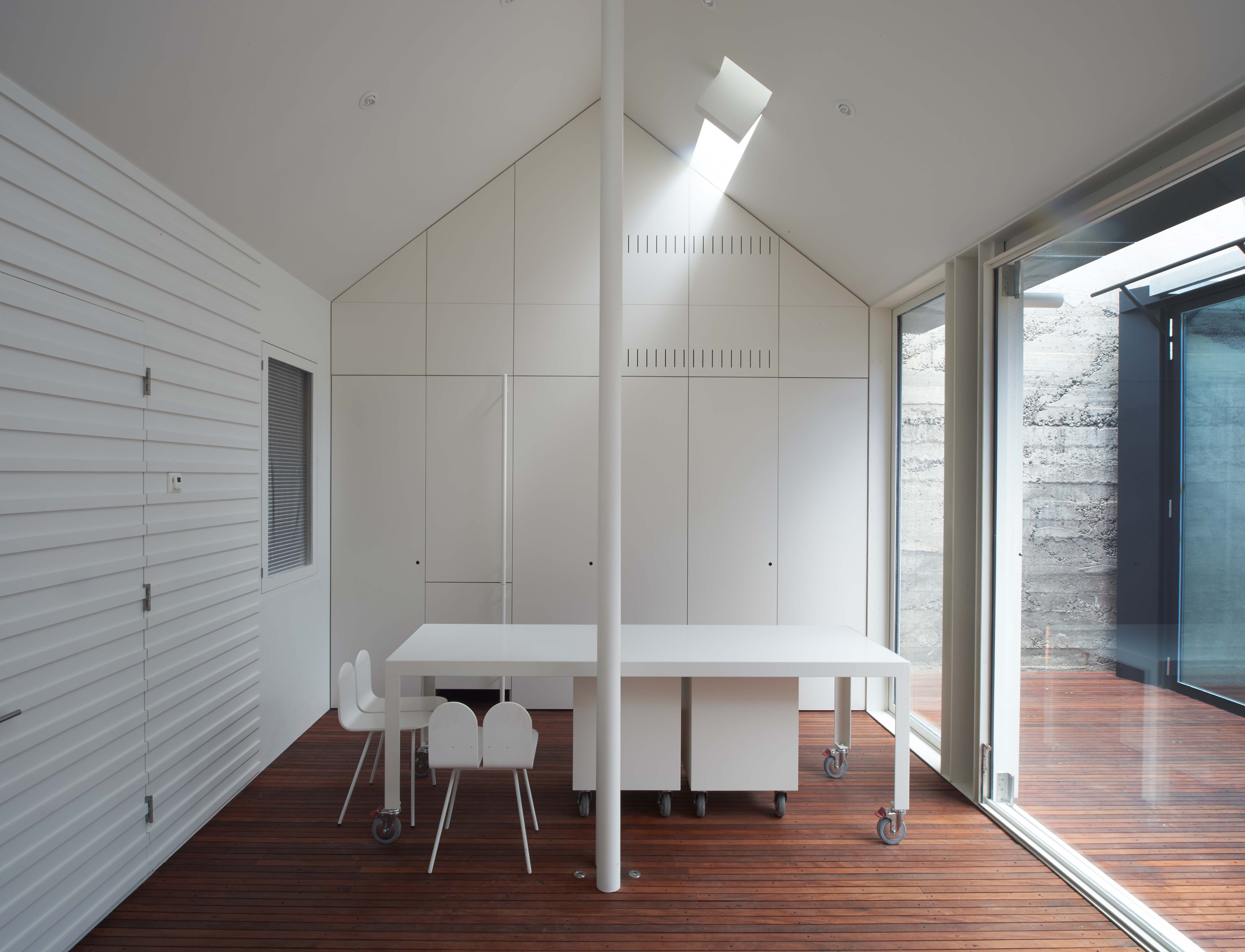 The design retains the front section of the cottage. Internally, significant reworking has created a kitchen and living space. Separated from the remains of the cottage by a deck/courtyard, a new bedroom and bathroom bookend the small site. 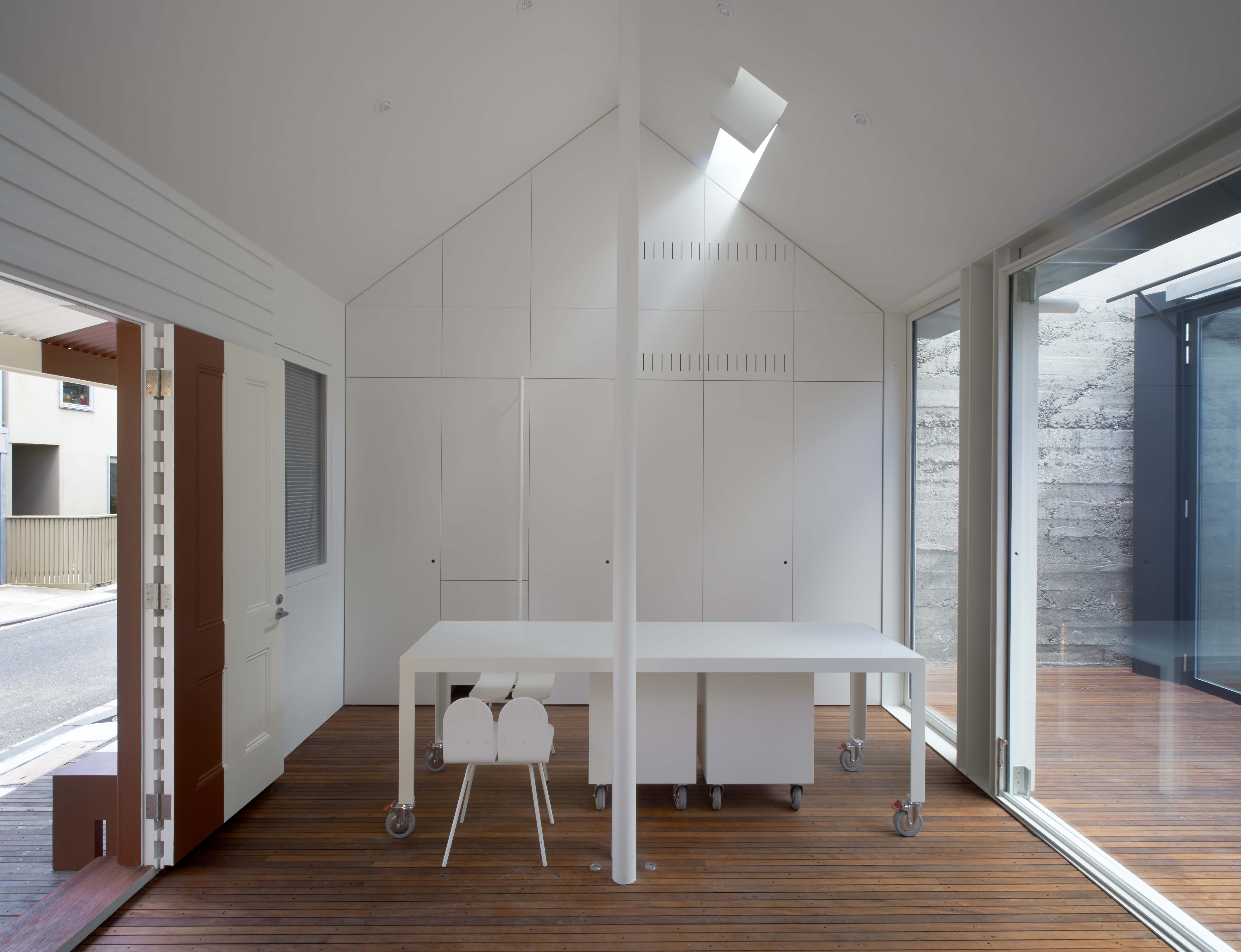 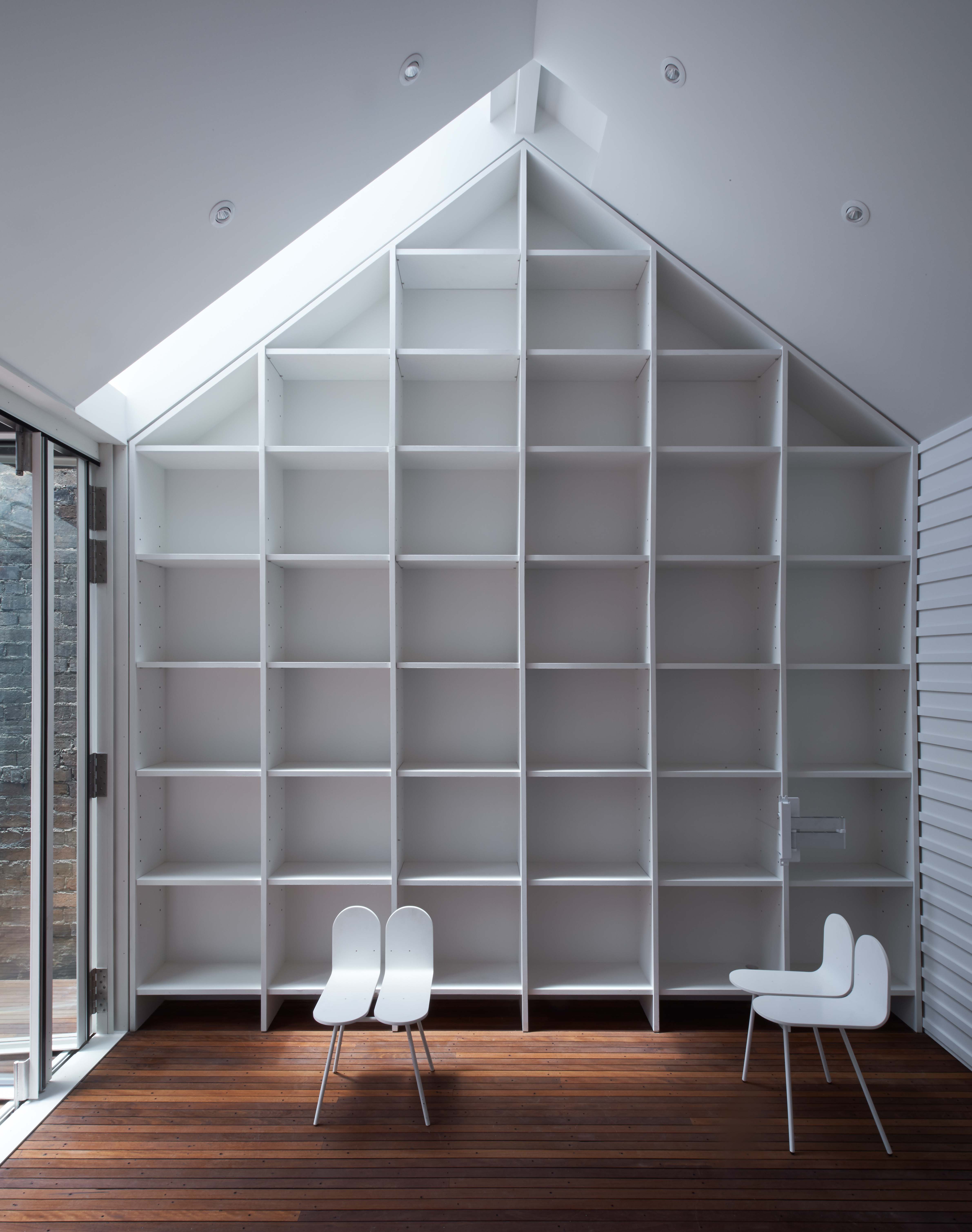 "[After looking at it again] I saw the project in a different light and chose to re-visit some projects that had inspired me as a young architect - Kazuo Shinohara's 'House in White' and 'House in Hanayama No 3' and Tadao Ando's 'Row House in Sumiyoshi' or 'Azuma House' as it is sometimes known. The 'Row House in Sumiyoshi' is a work of genius and I have written elsewhere about that building describing it as 'a seminal work of the second half of the twentieth century'." - Sean Godsell 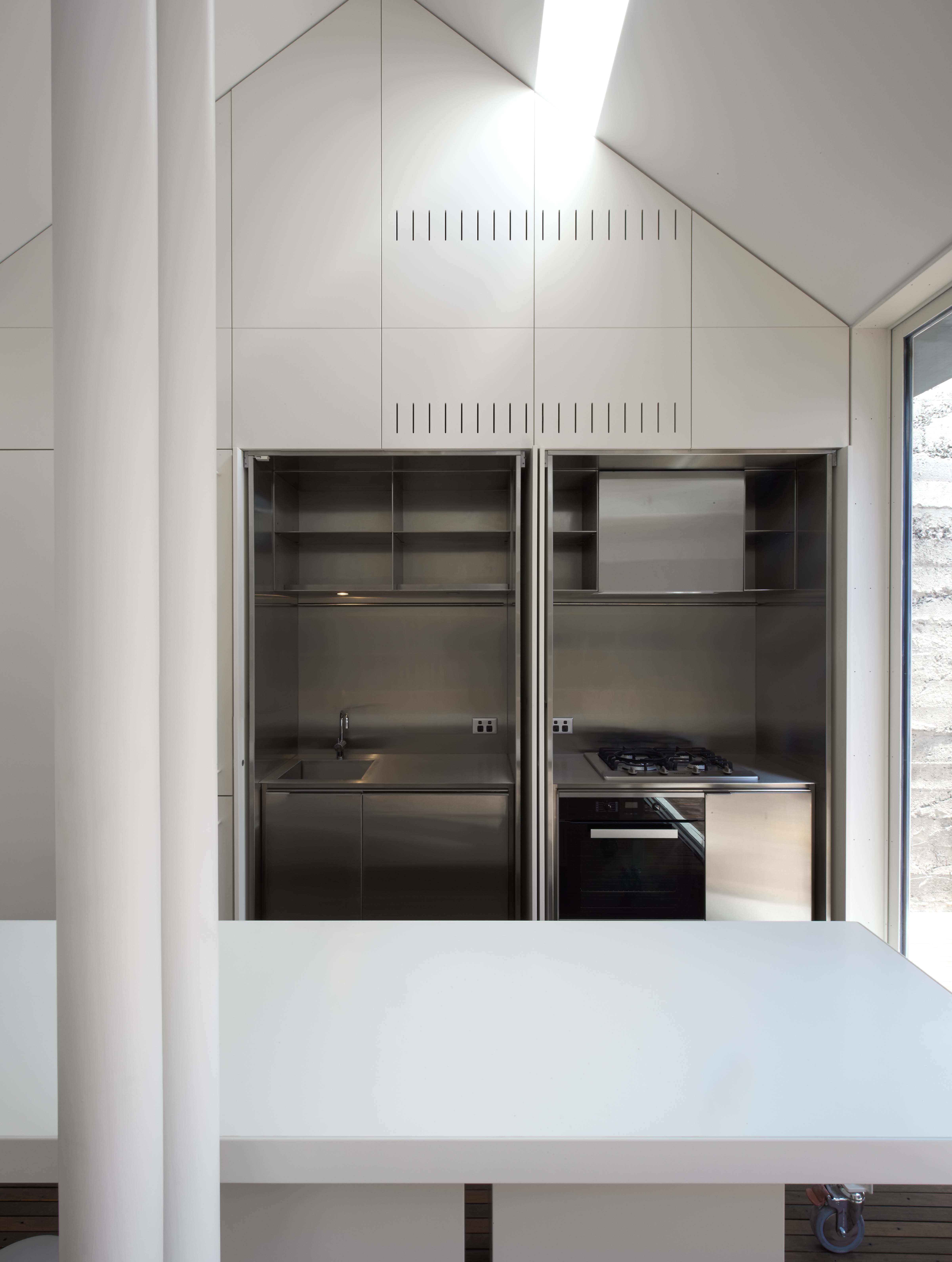 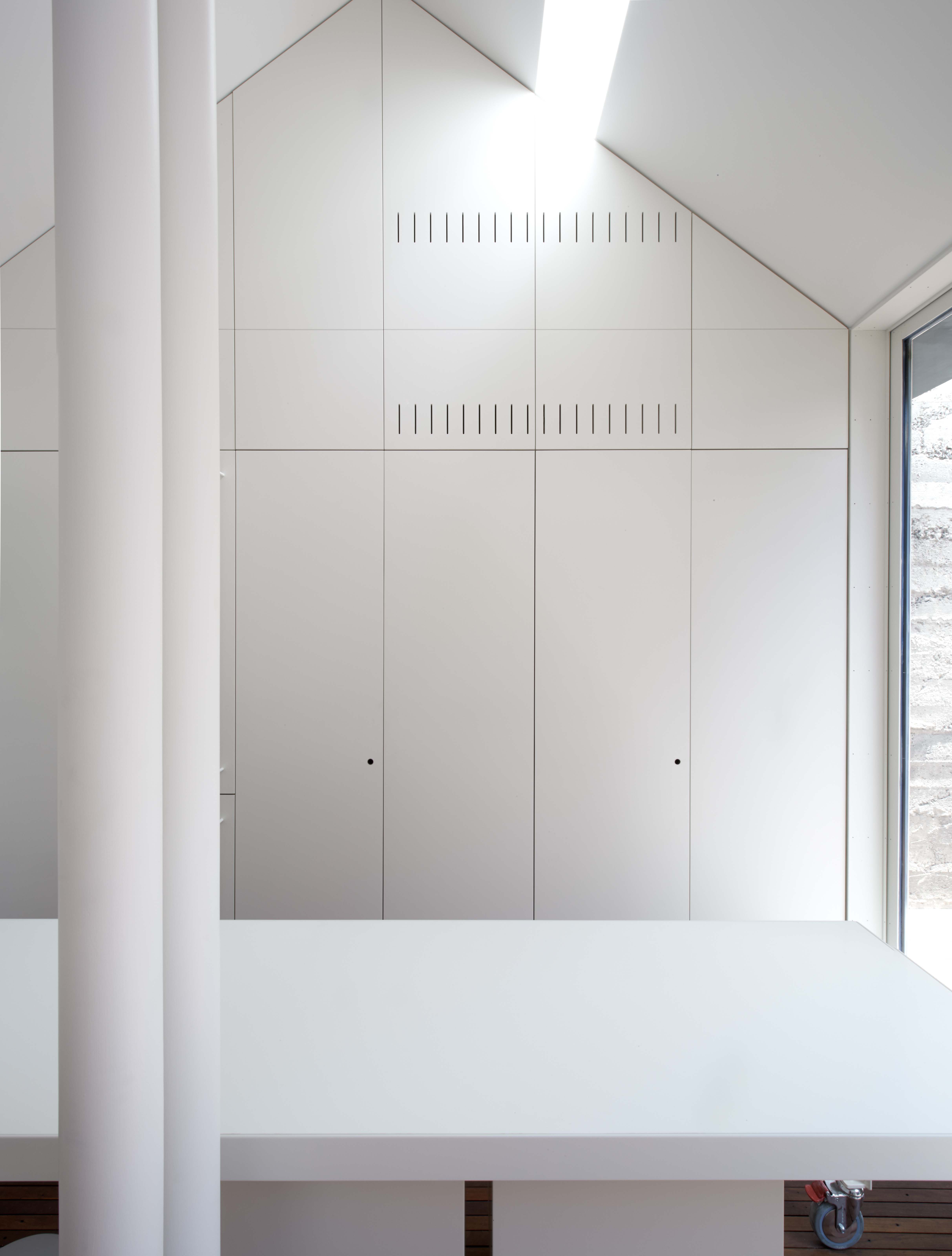 In simple terms the cottage interior is remodelled to have a cathedral ceiling with a pair of timber posts supporting the ridge beam and two light cannons (skylights) directing light to the centre of the single space formed by the demolition of an existing wall. 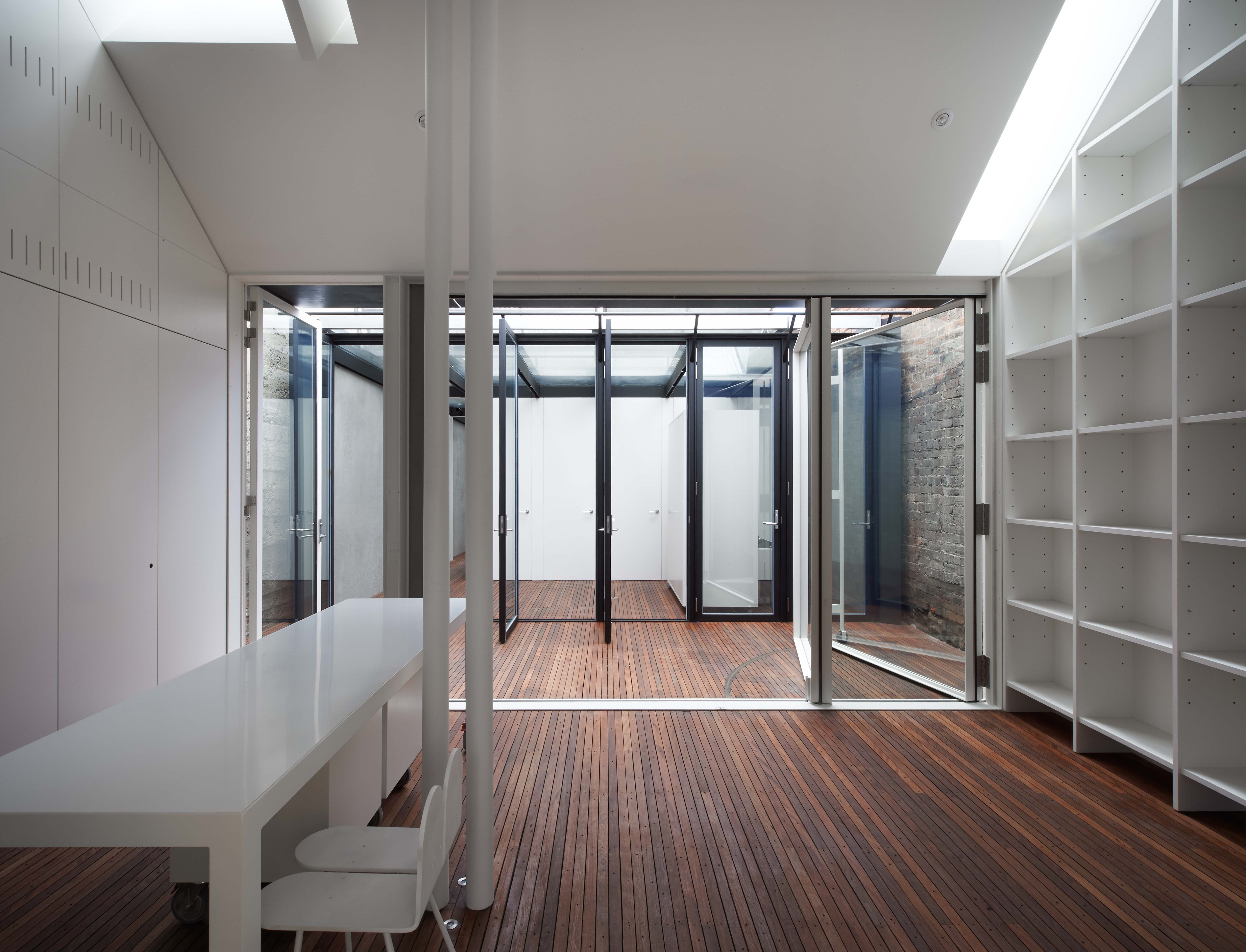 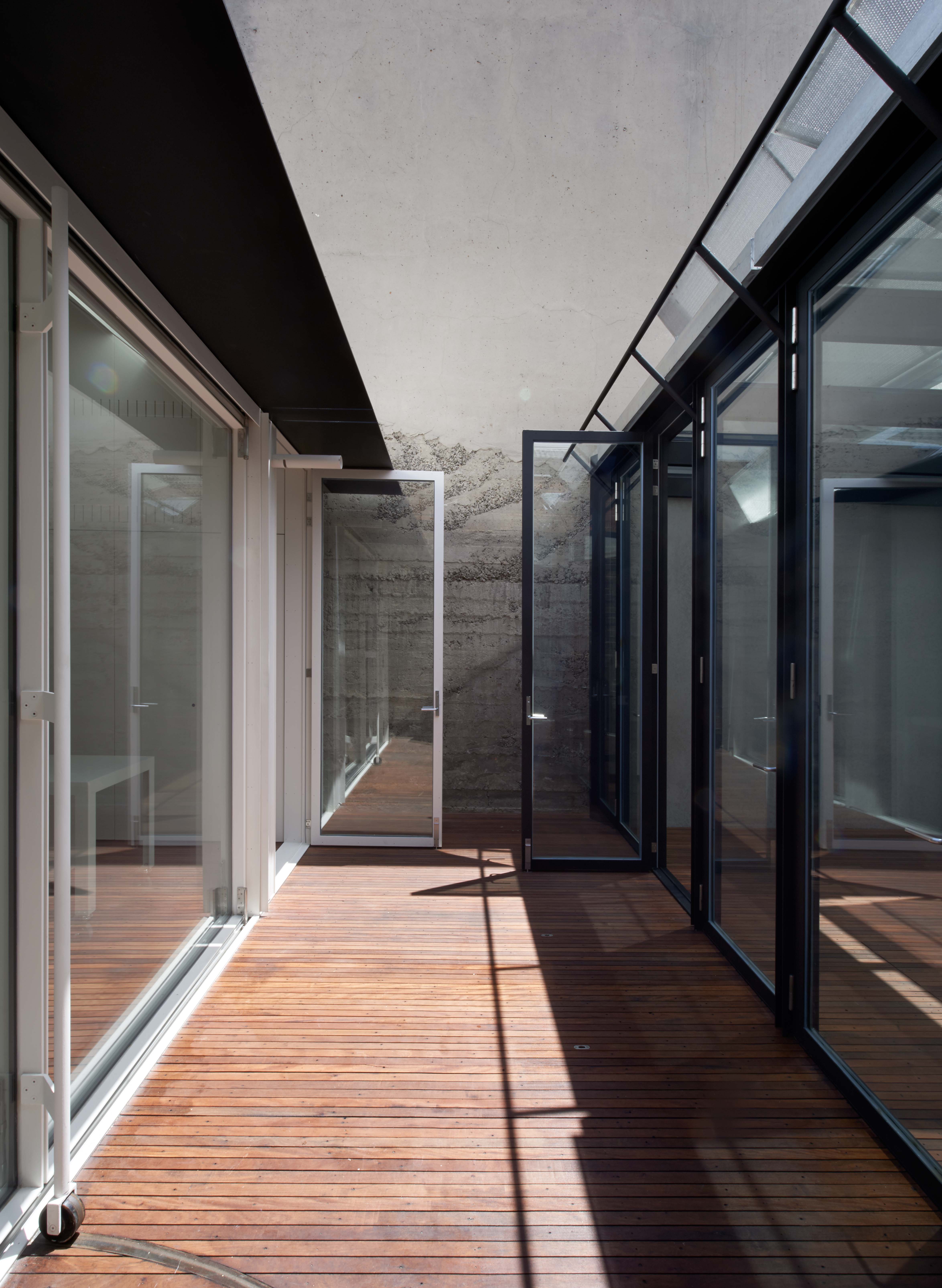 A small courtyard bound by concrete walls separates the cottage from the small addition, evoking the 'Row House' in the process. 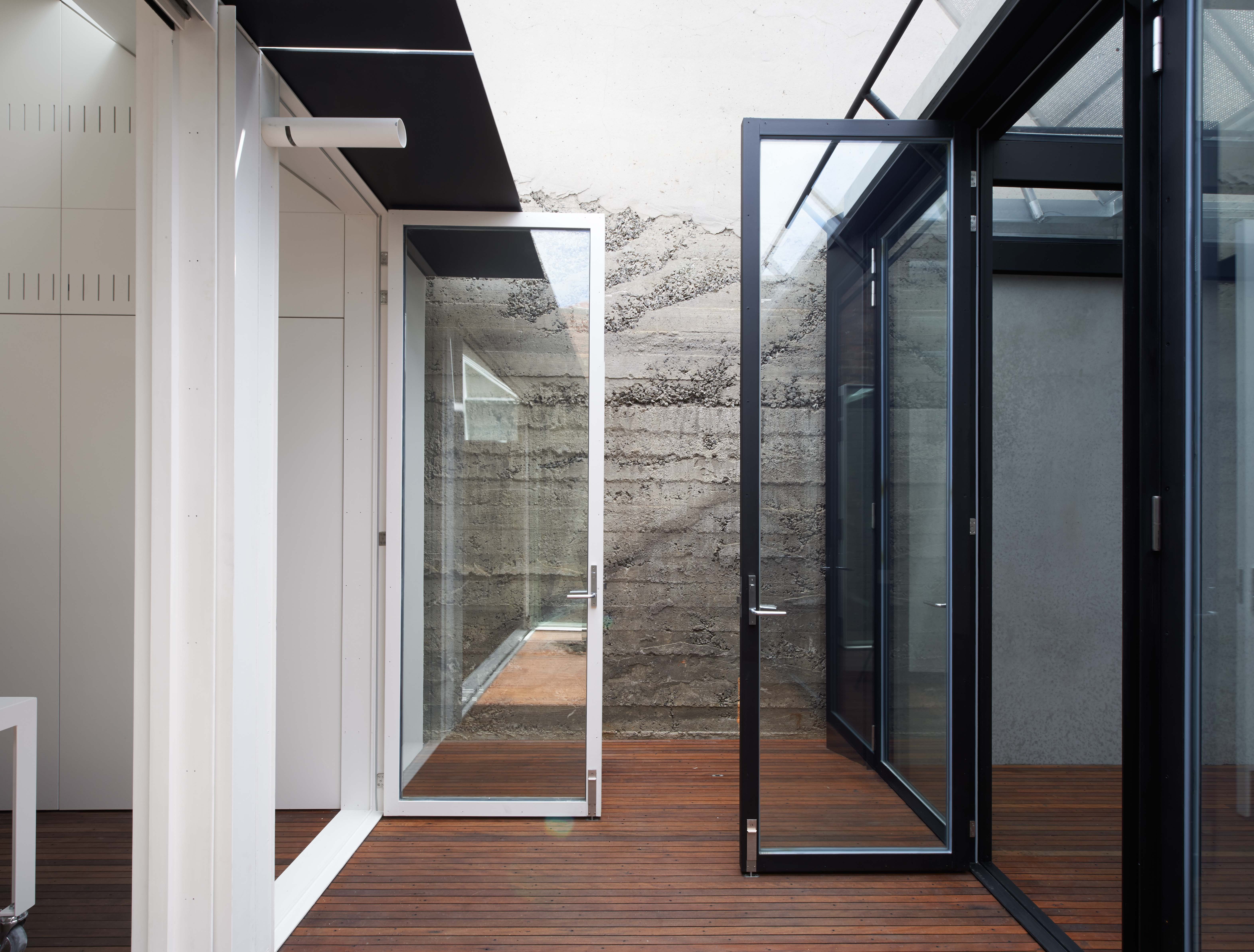 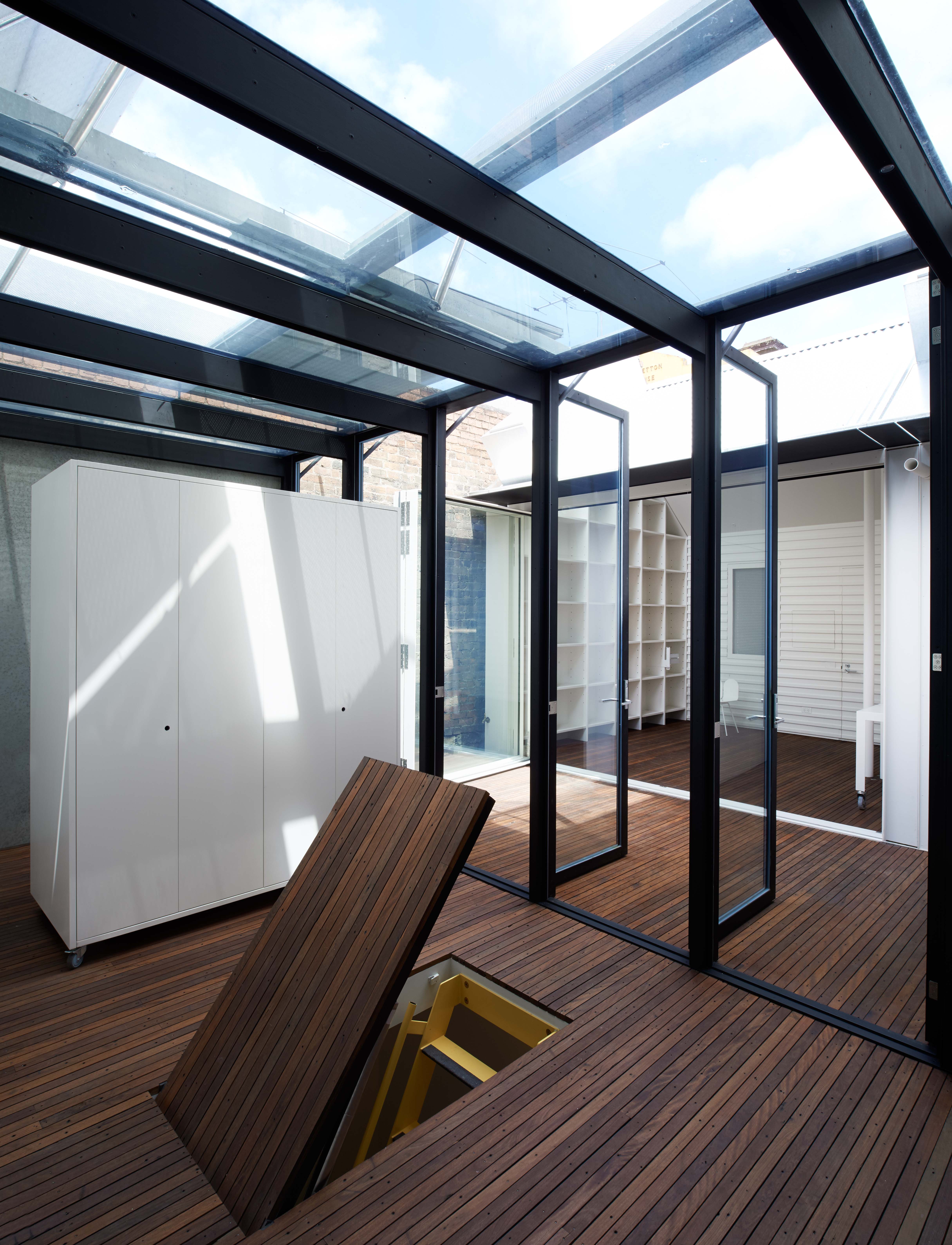 To address issues of overshadowing and overlooking the architects kept the height of the addition low (three metres overall). To compensate for a lack of light on the tight, overshadowed site, the roof of the entire addition is glass, fitted with an automated timber sunscreen. 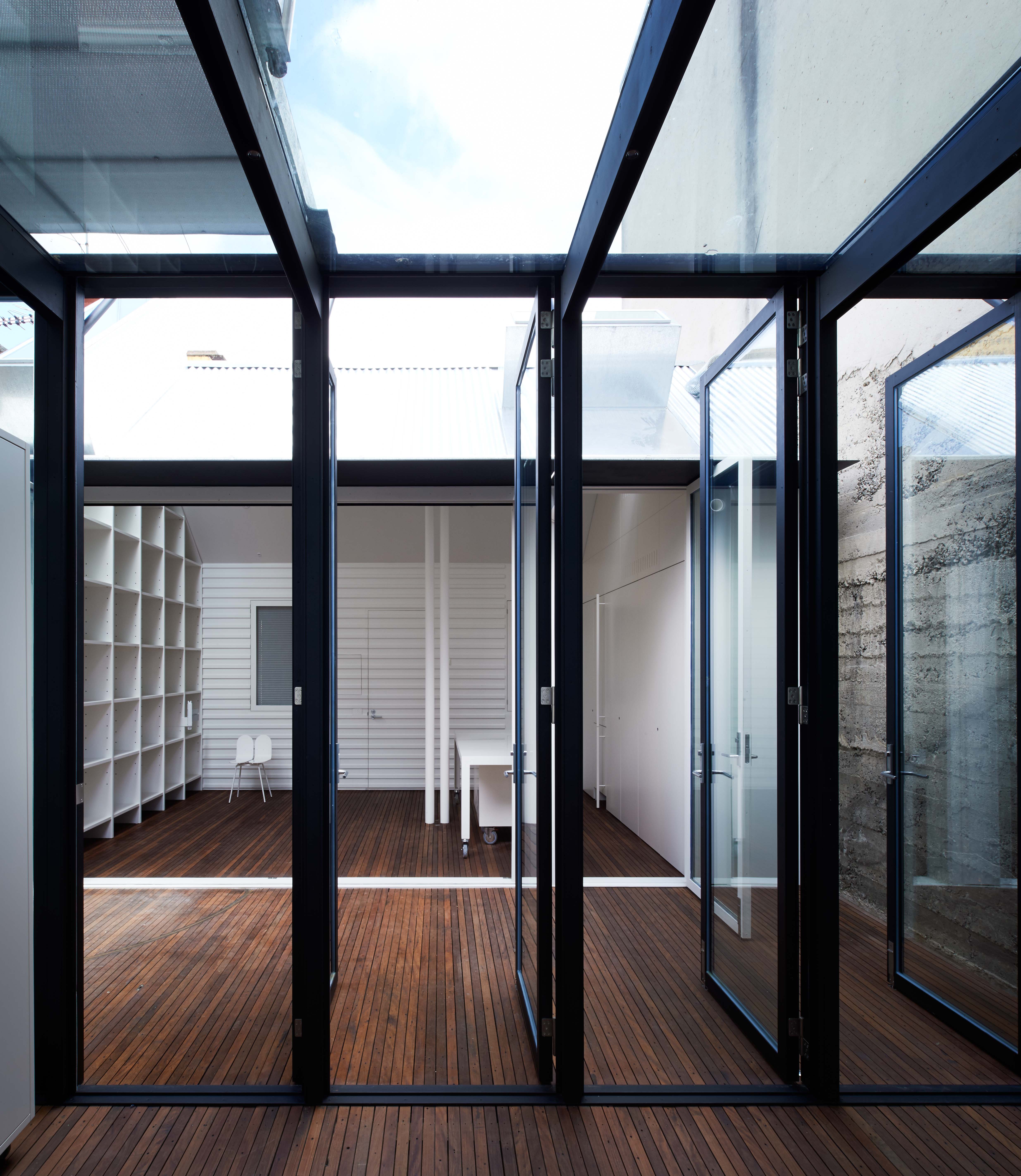 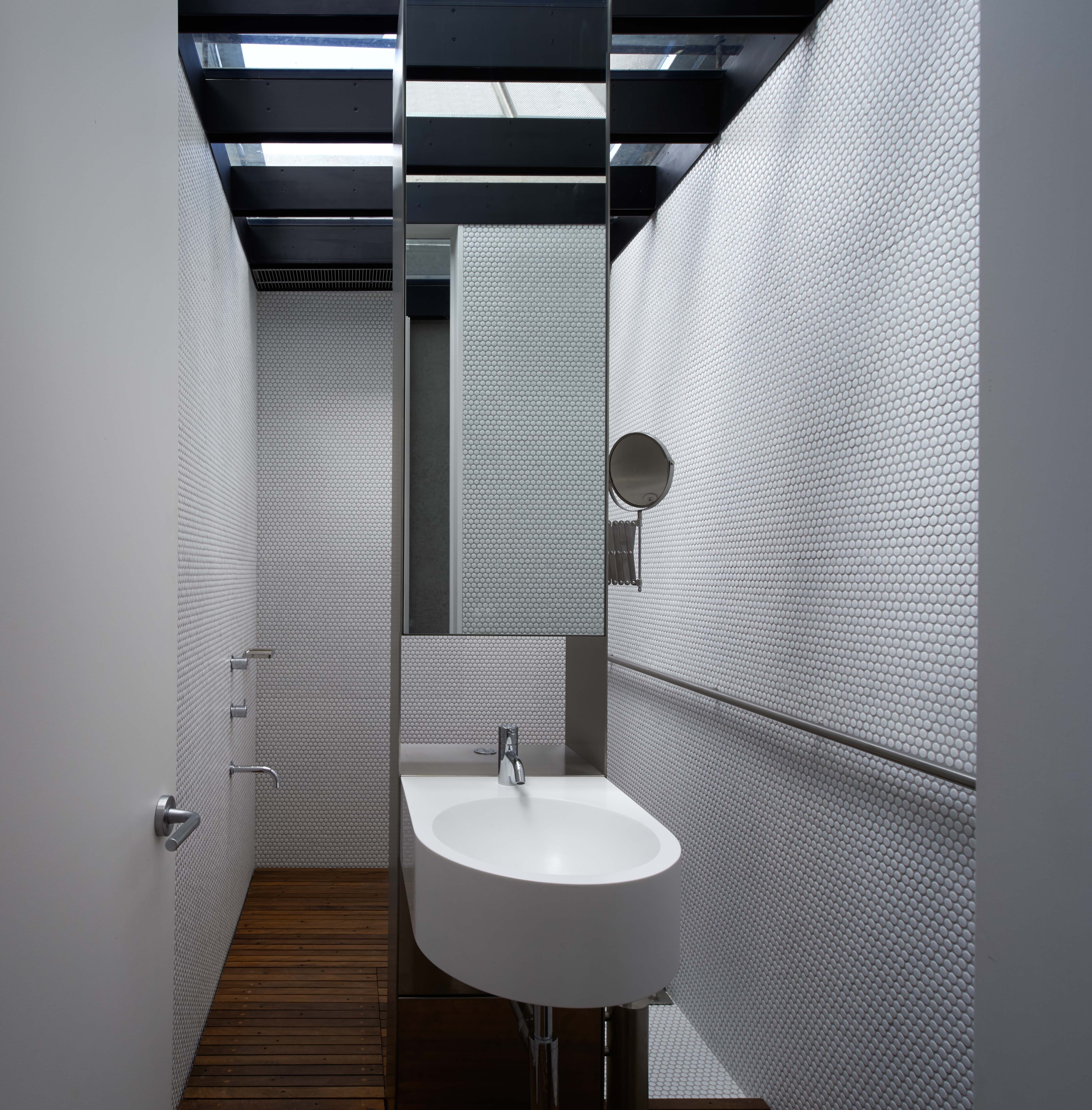 The sunscreen protects the occupant from summer sun but can be configured in a variety of ways to allow the ingress of winter sun. As the screen is operated from inside the appearance of the building changes. If the owner so desires they can use the roofscape as an additional outdoor living area. 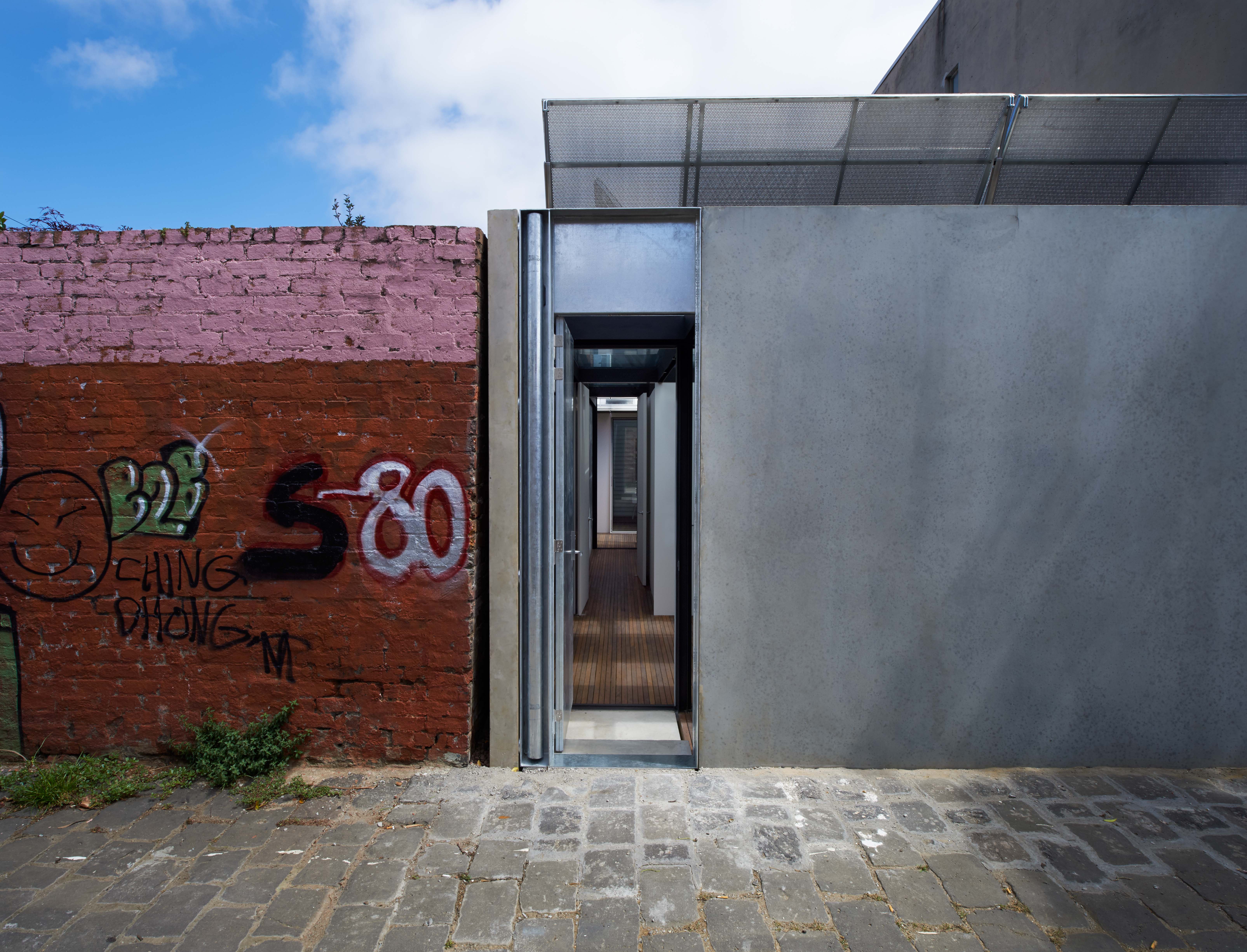 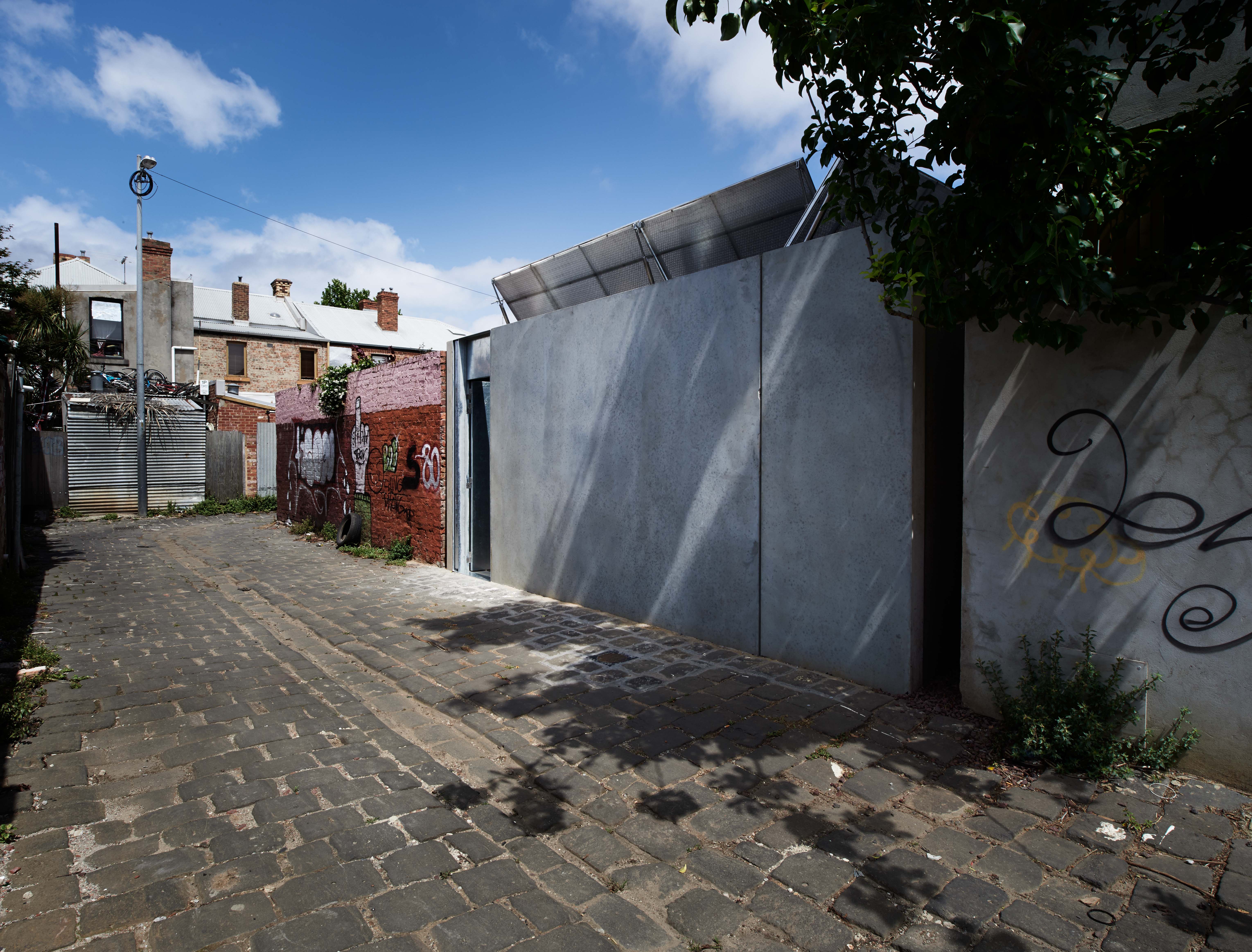 "We finished the design of this project at the same time that the RMIT design Hub was completed and it served as poignant reminder that the power of architecture is independent of scale." - Sean Godsell 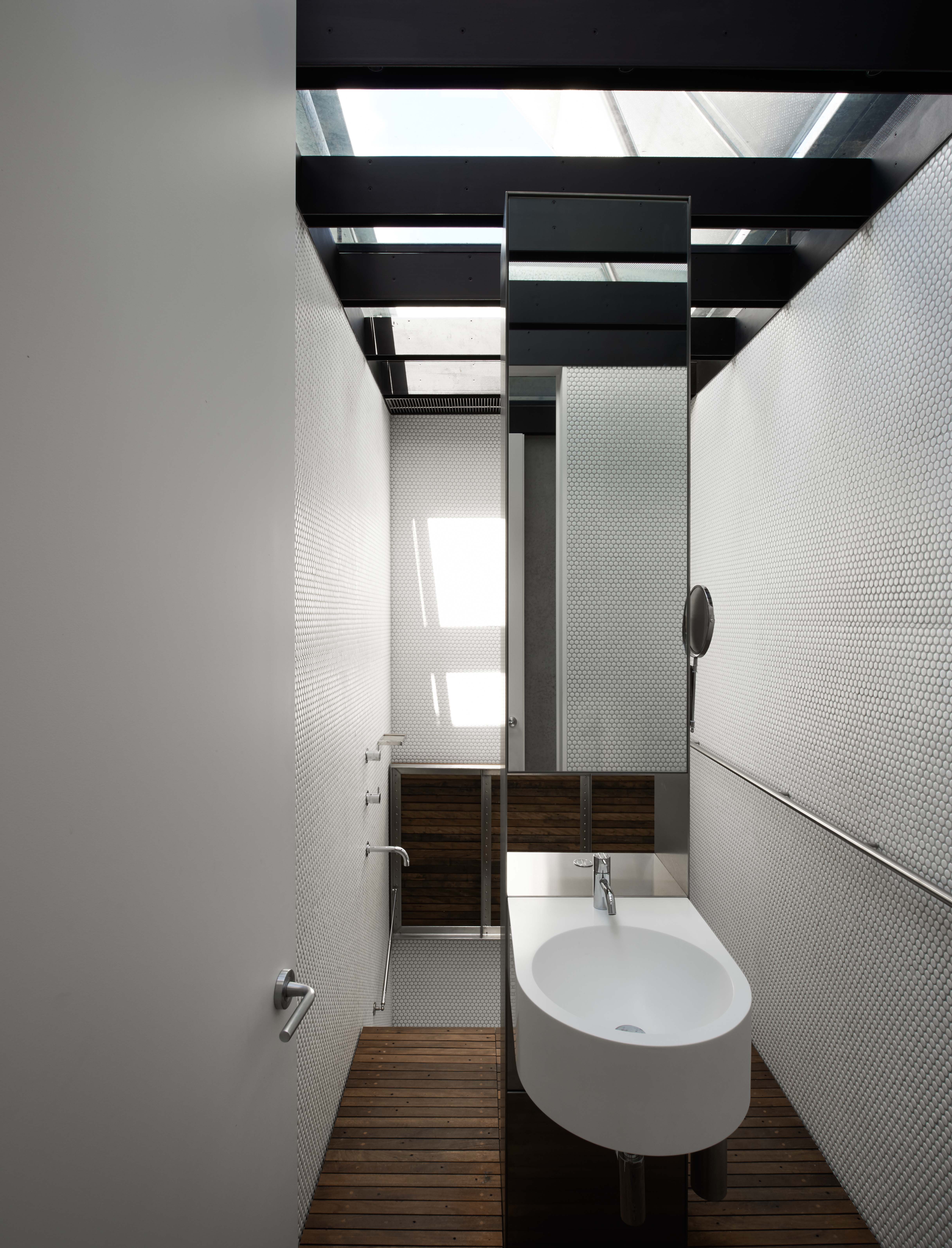 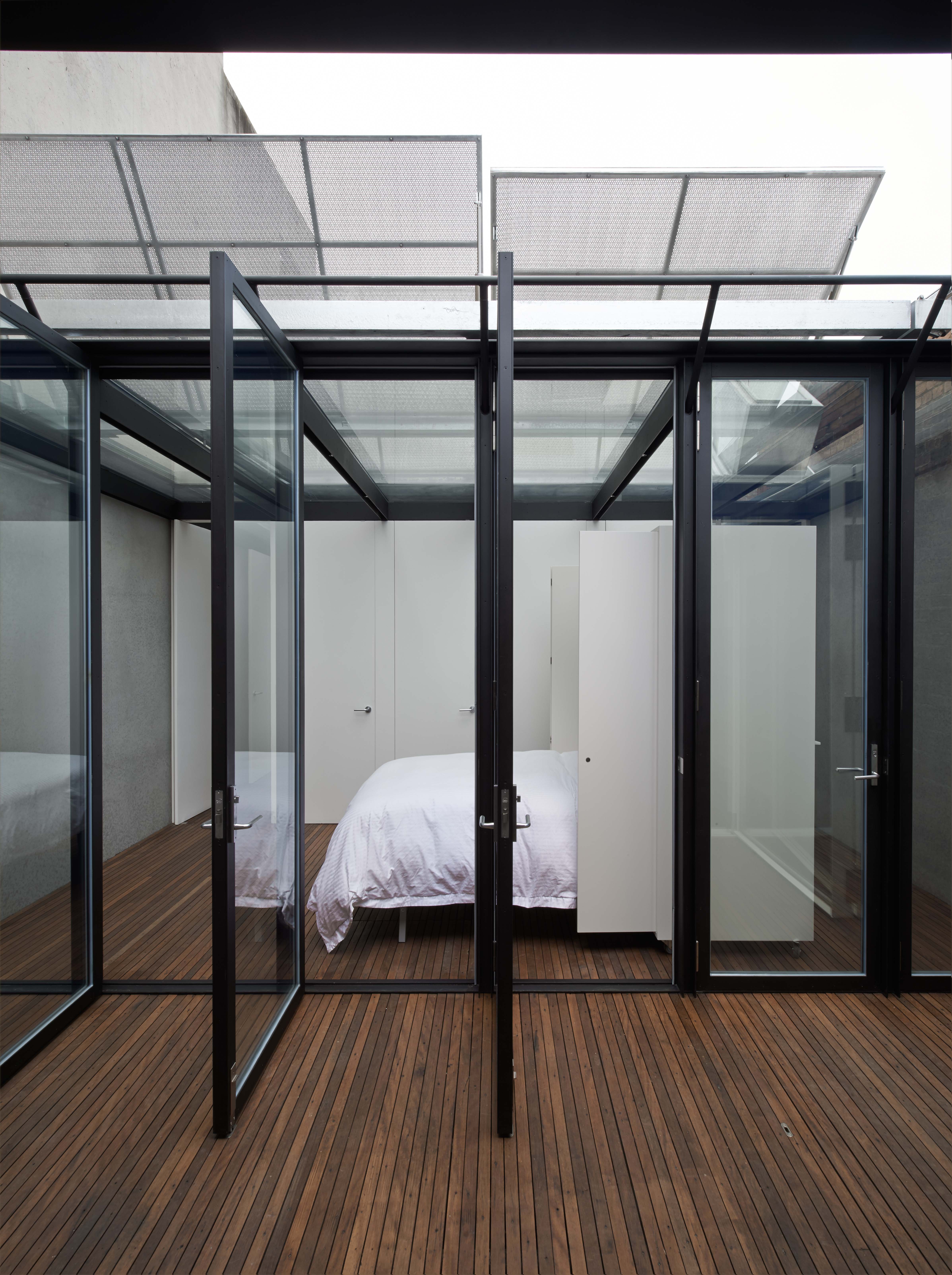 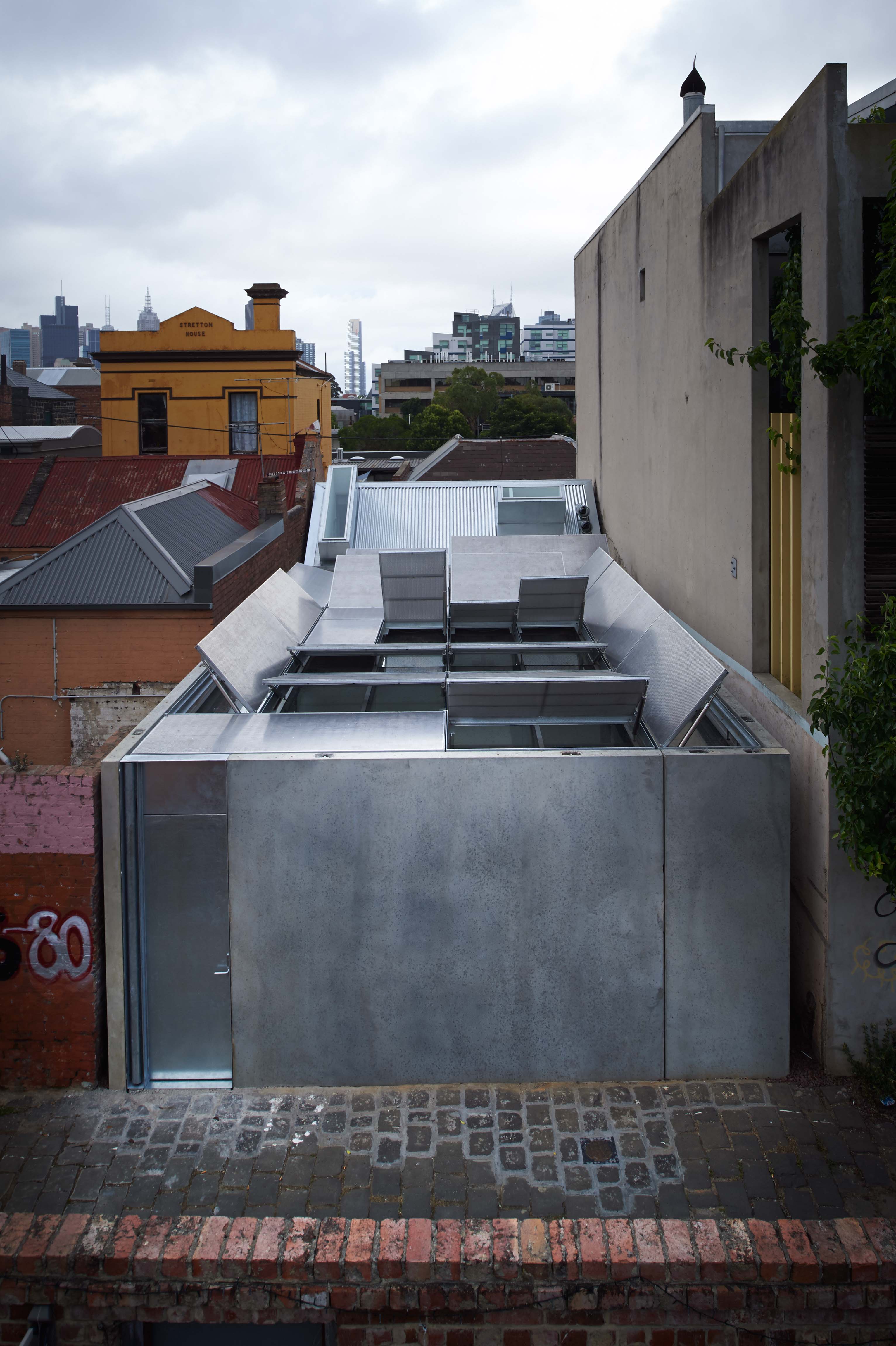 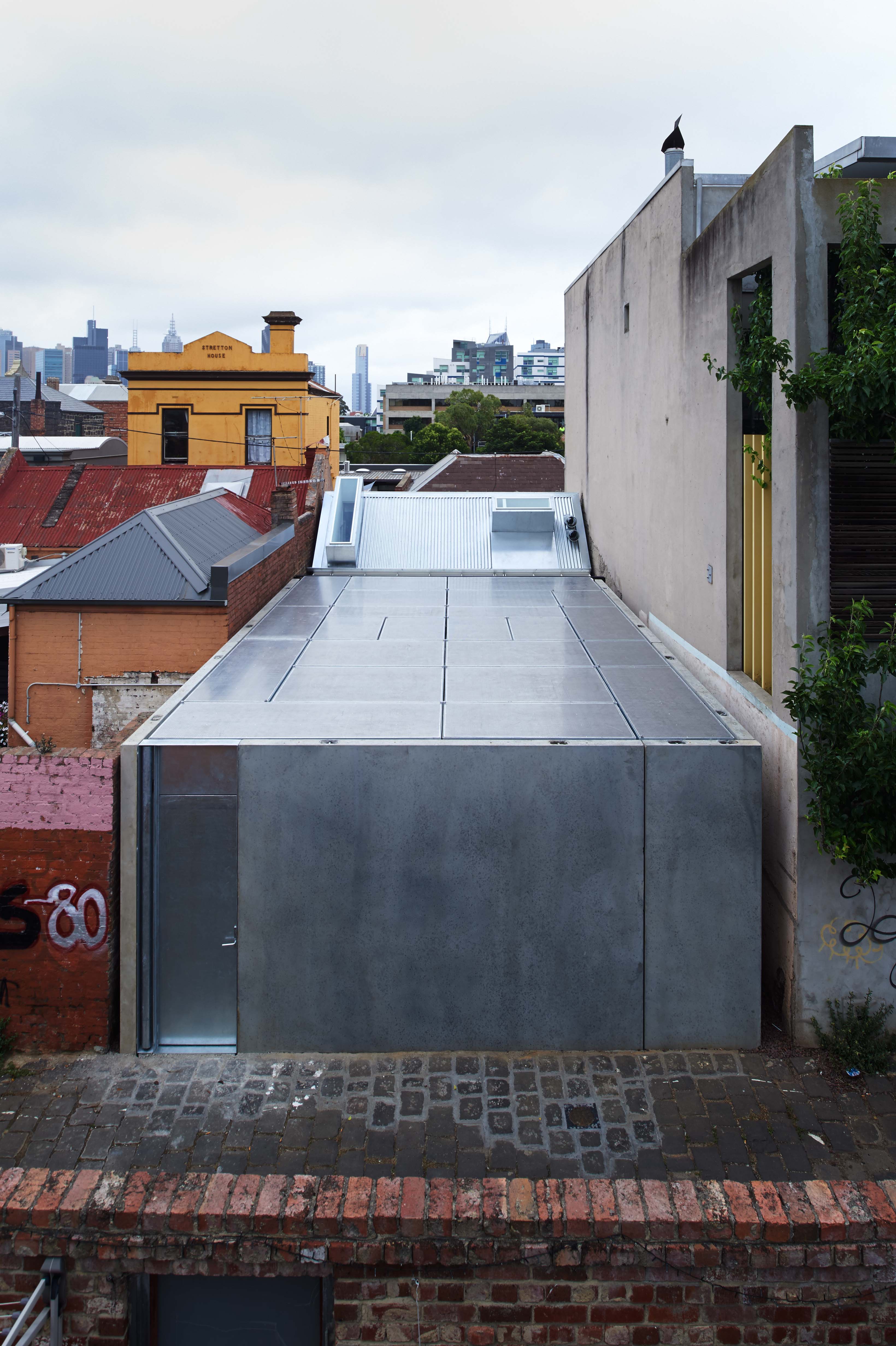 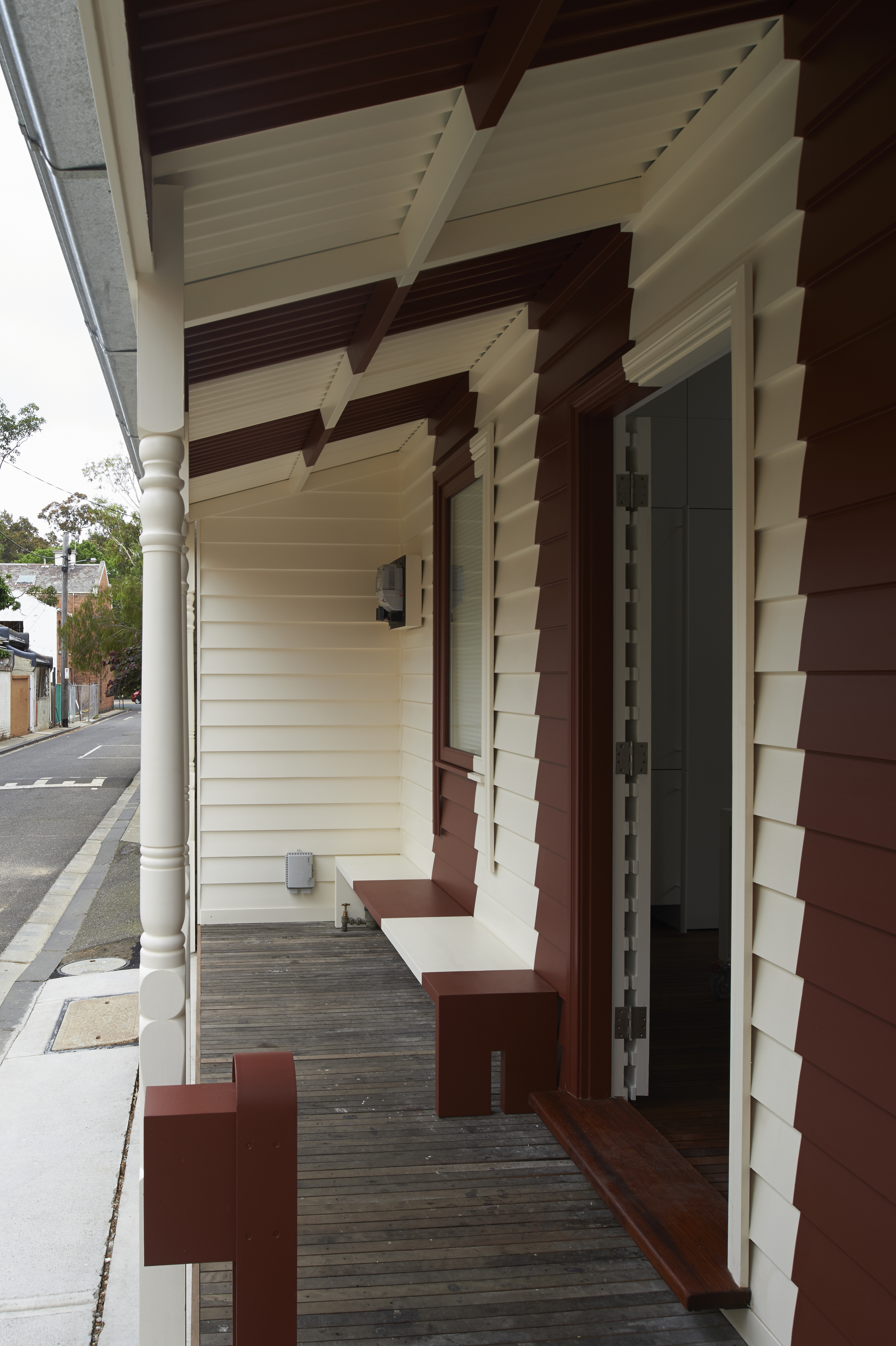 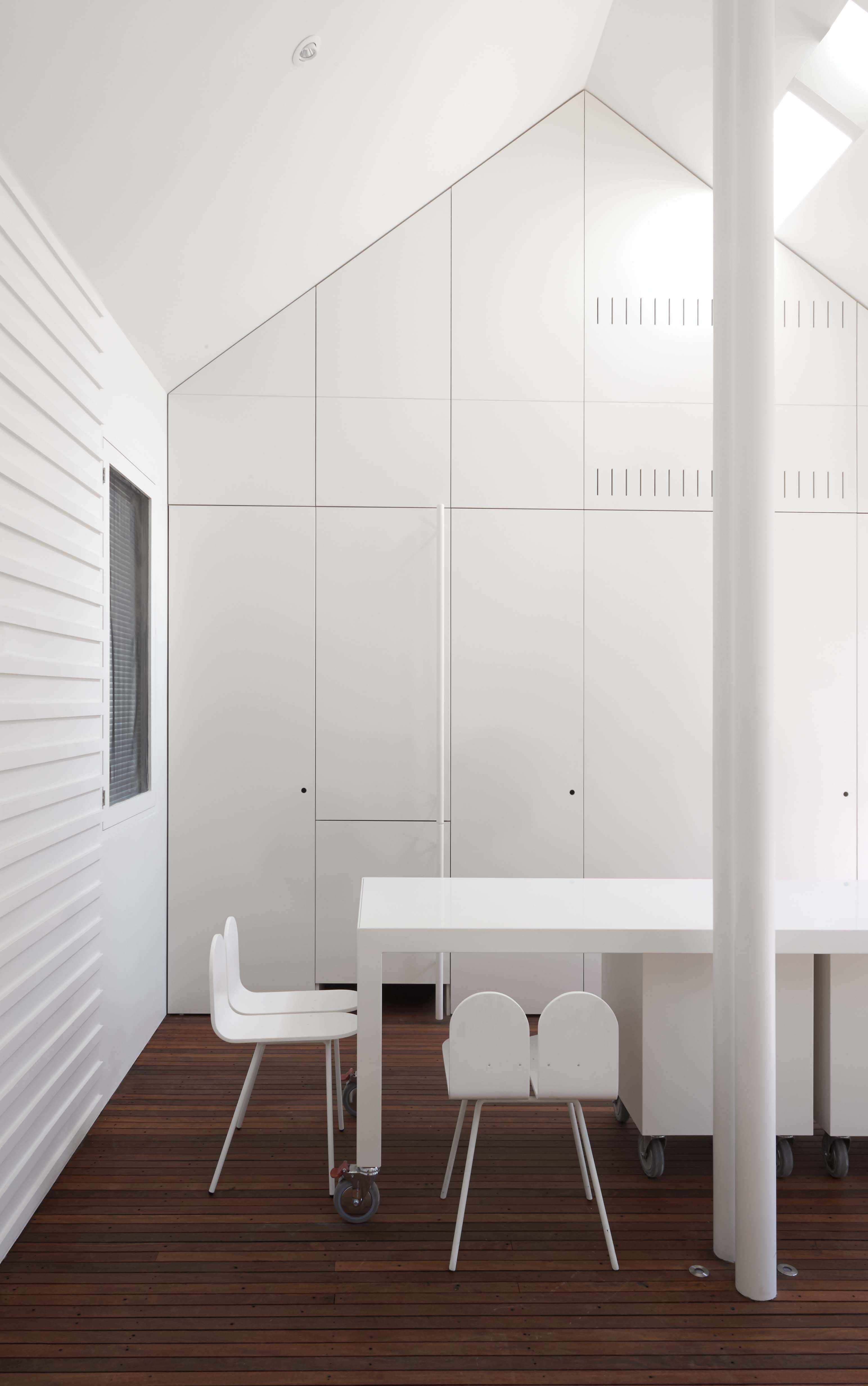 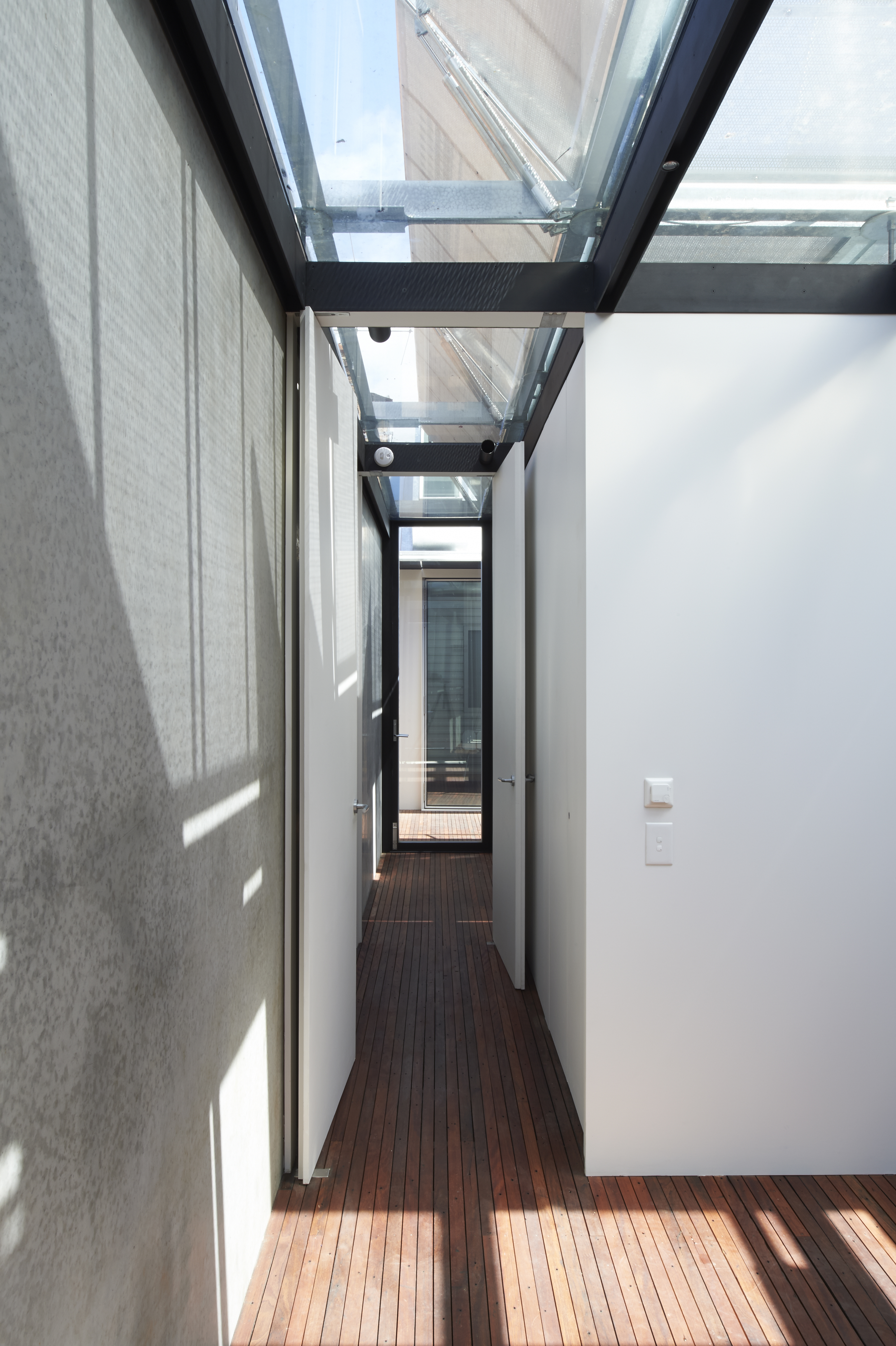 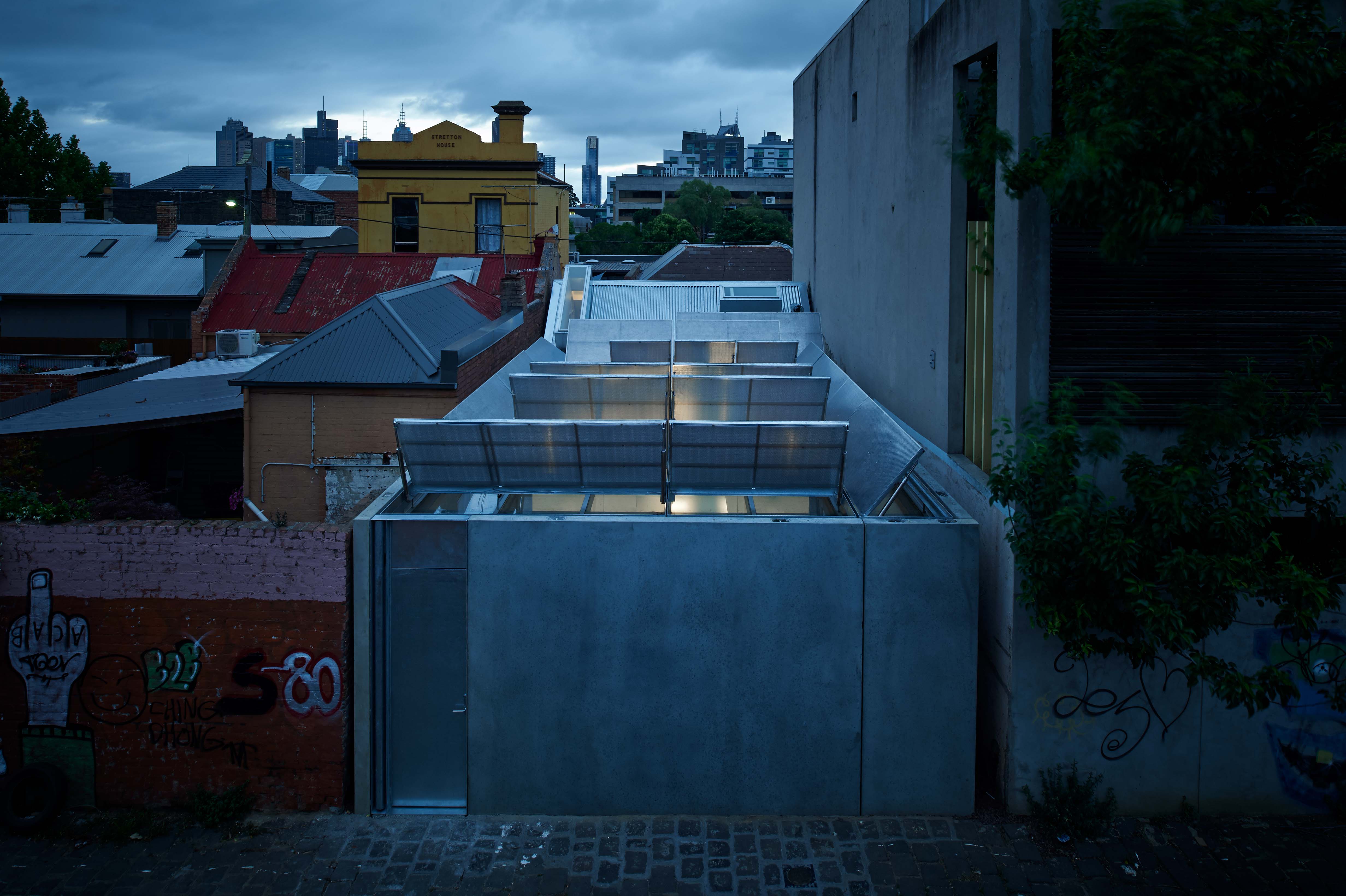 While it's a great asset to conserve buildings of heritage significance, there are many cases where the definition of 'significance' is taken far too liberally. Just because it was built in the 19th Century doesn't make it worthy of our preservation and, when the only requirement is to retain the facade, we water down the significance of both the original building and the alteration. Luckily Sean Godsell Architects and the client were willing to go back to the drawing board and have still produced a commendable project. 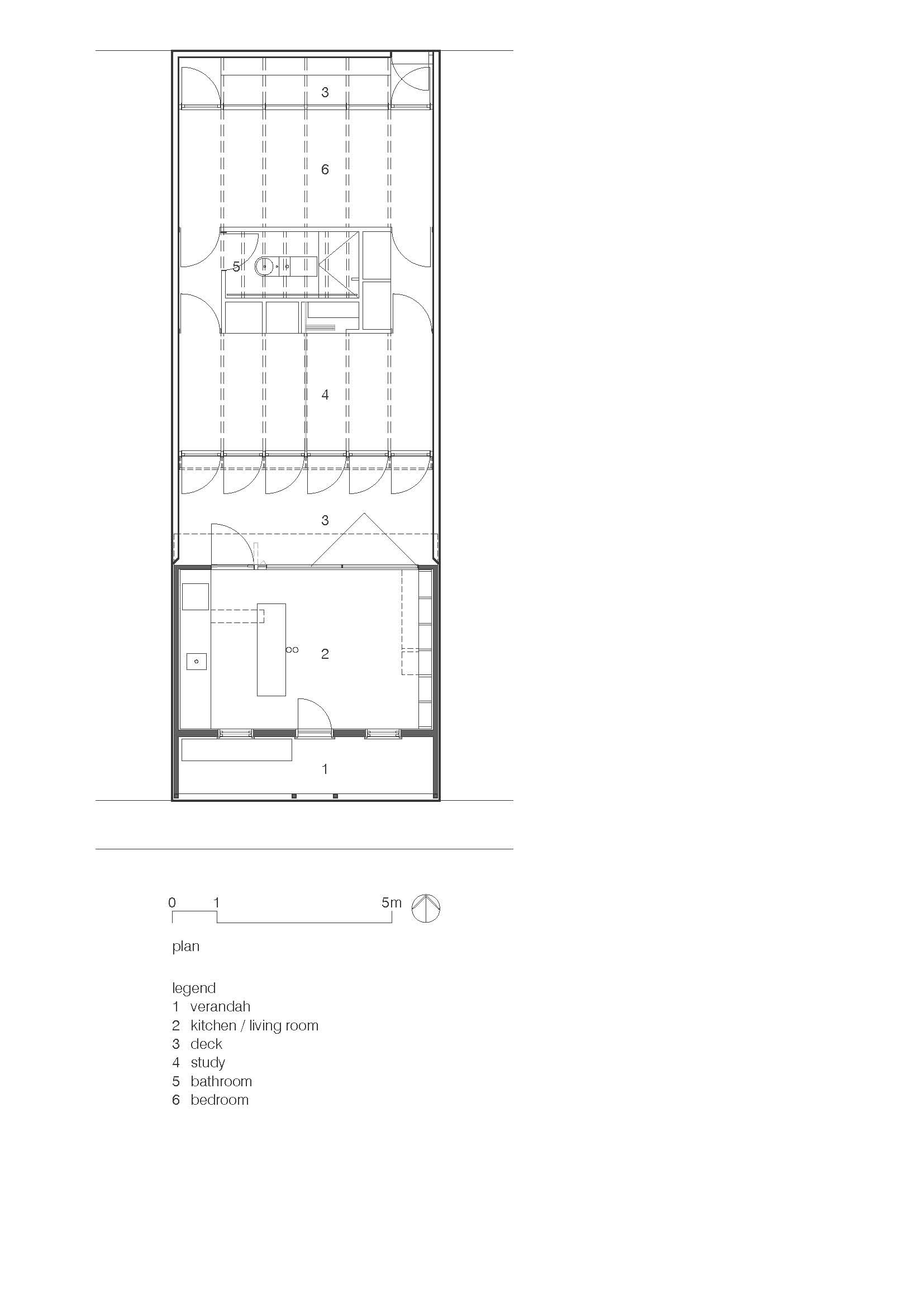