Dark 1980s Home in Rural Australia Gets a Modern Reboot

Decked out in black slate and internal brickwork, this home was dark, dated and as gharishly '80s the original Ghostbusters movie. And just like every successful movie ever it was time to give this dated home a modern reboot... 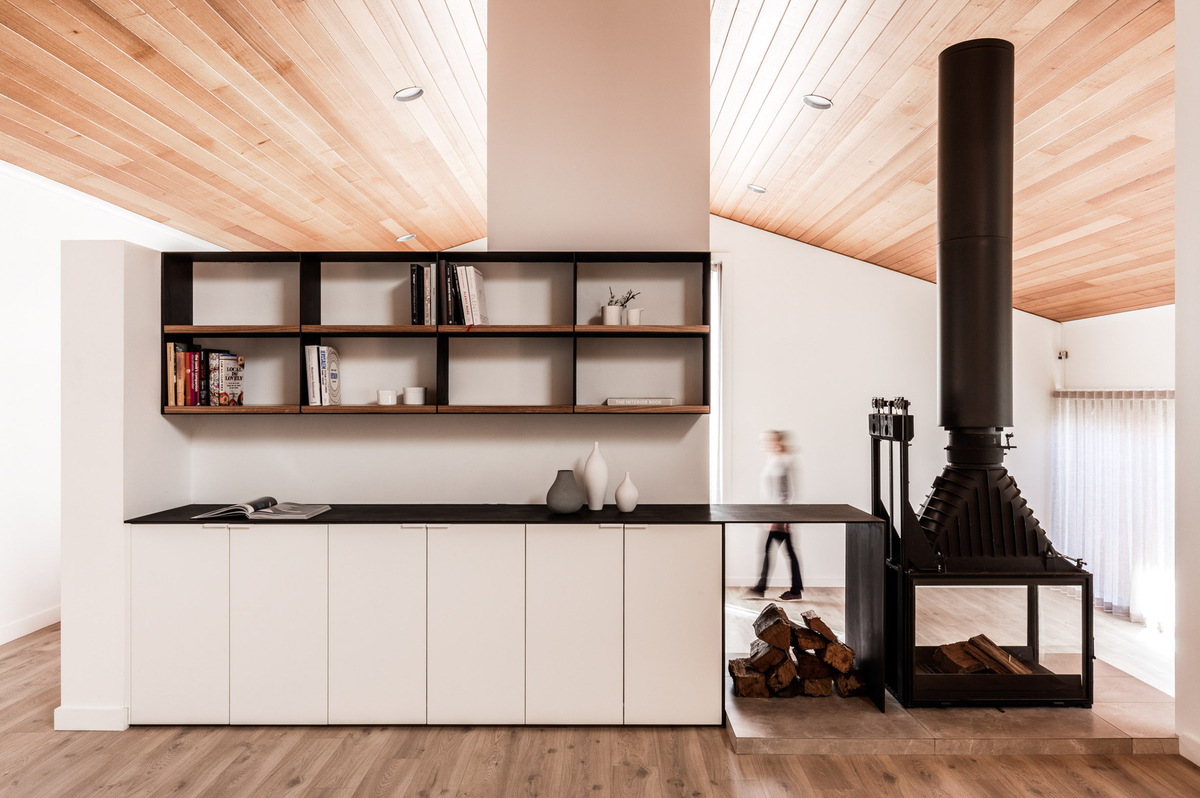 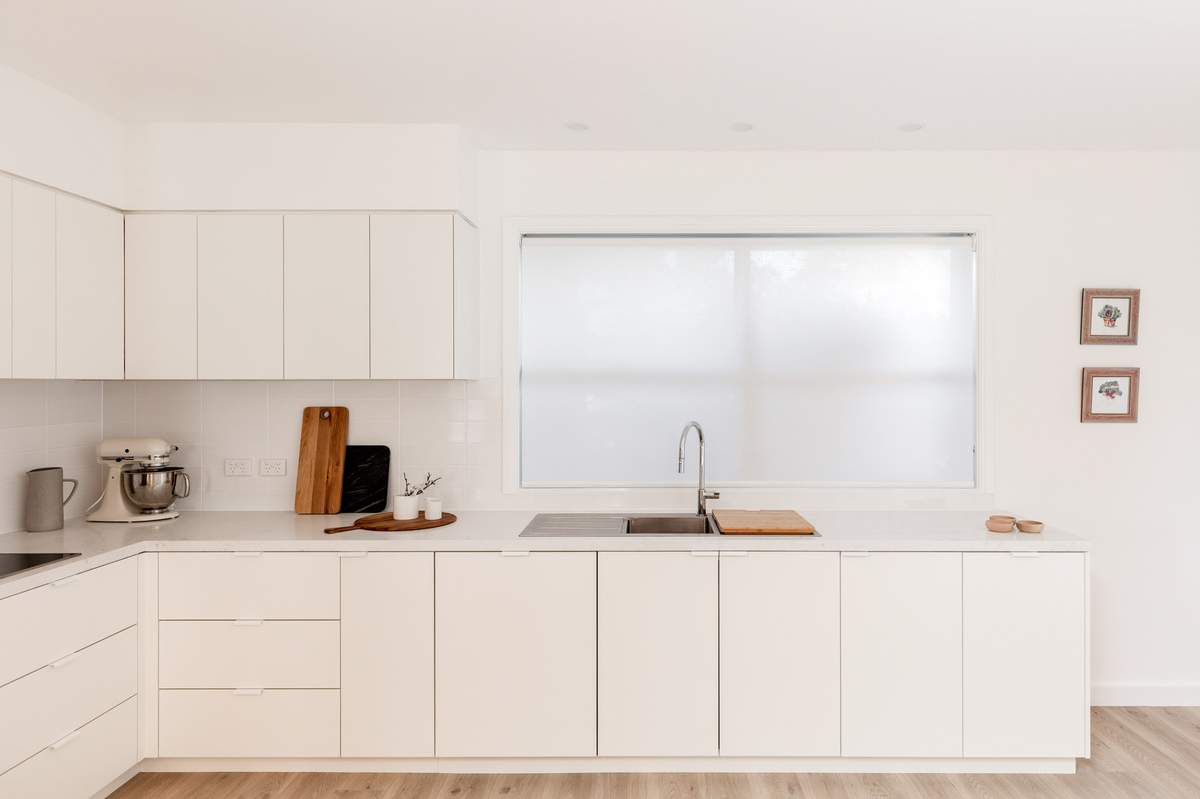 The Green West House is a substantial rework and update of a 1980s home in Orange, New South Wales. The clients had recently bought the home which they planned to renovate before they moved in. They engaged Source Architects, but soon after they sold their exisiting home, leaving only 6 weeks before being effectively homeless! The architects politely suggested, "maybe you could go on a short holiday?" and the clients agreed, giving the architects time to design, document and tender in 6 weeks and complete the build in 8 weeks! 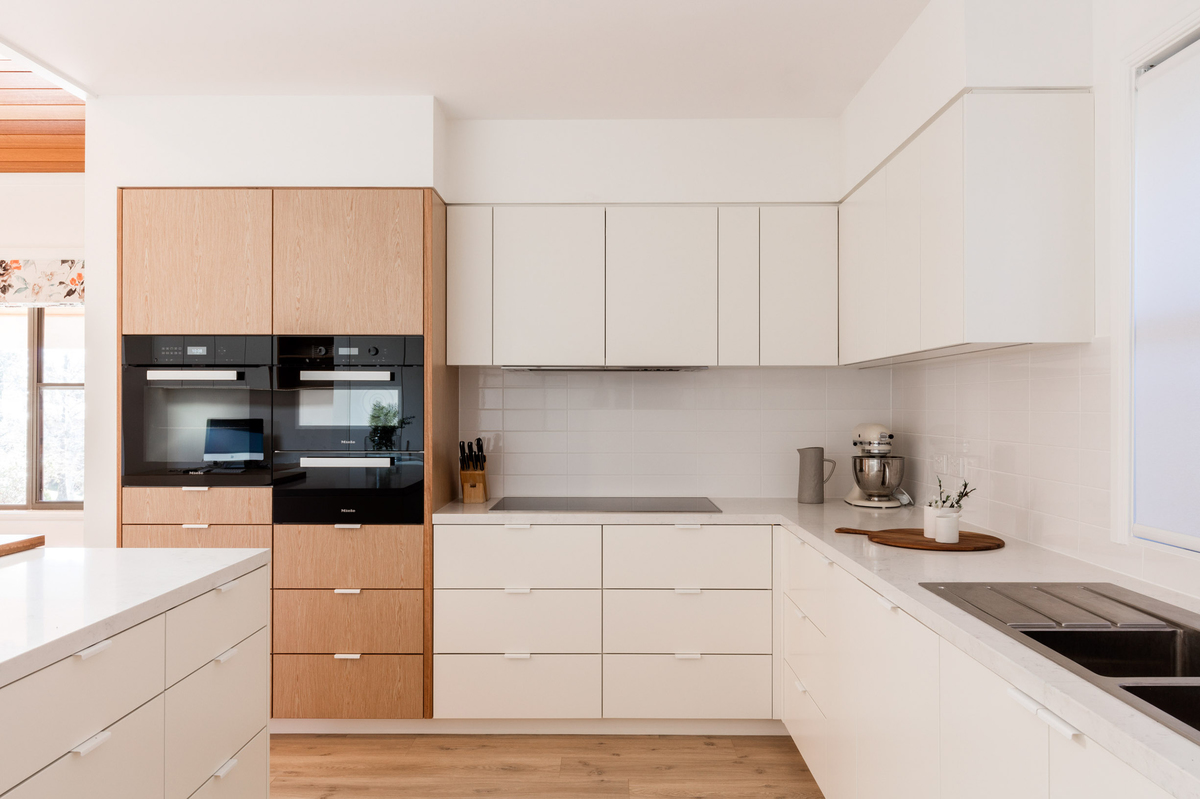 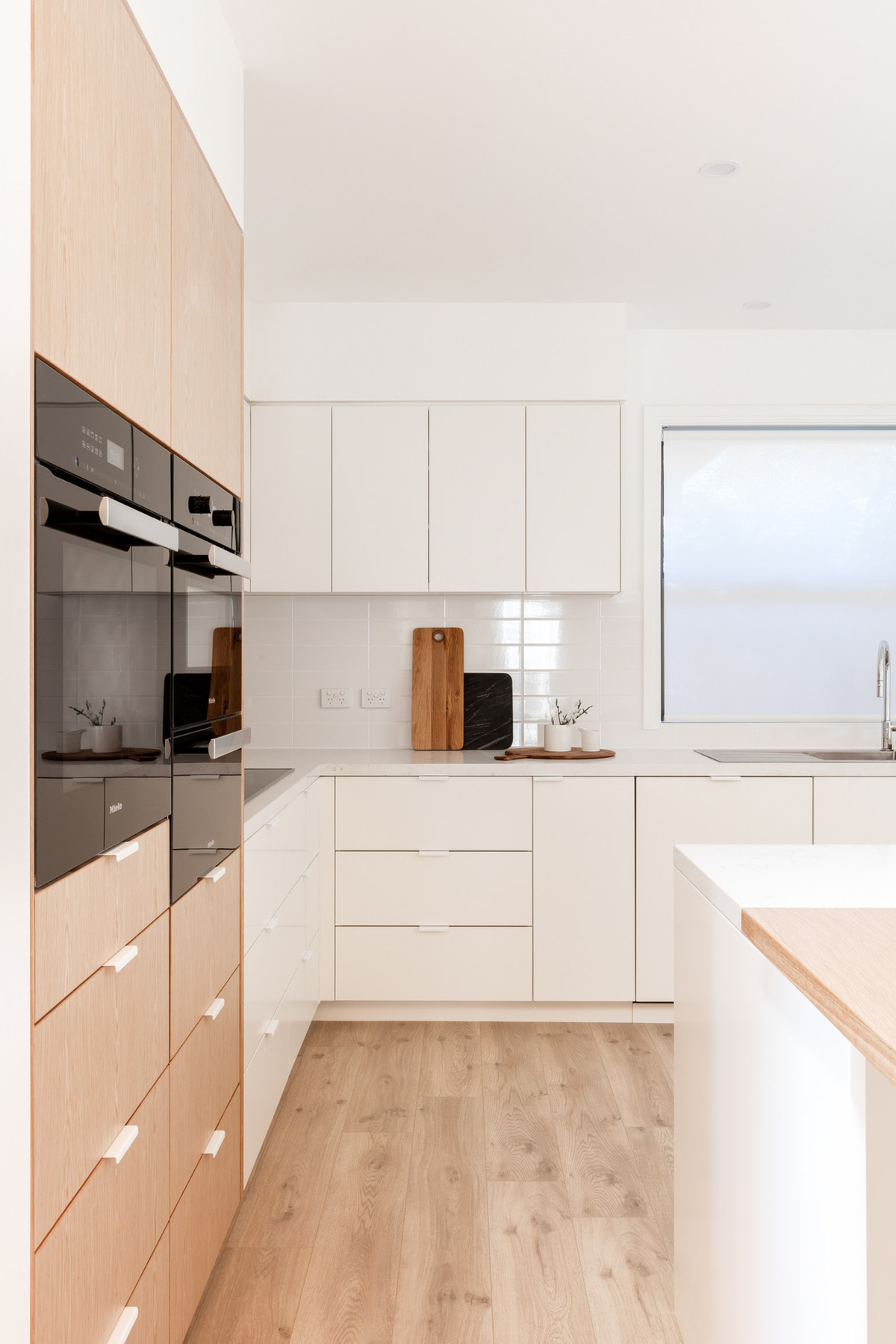 The home was transformed within the existing footprint, which saved both money and time. The architects opened up the living spaces with some strategic wall removal. The living, dining, kitchen and master bedroom were also restructured for more modern living. 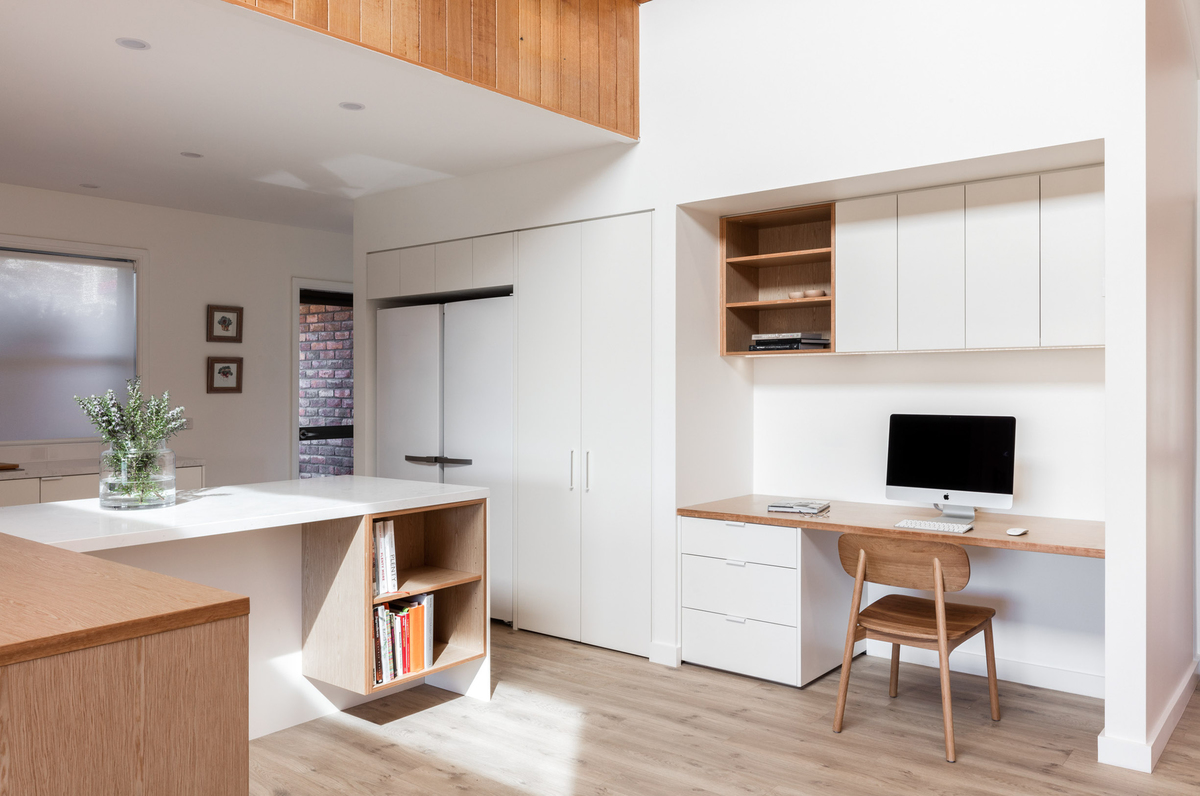 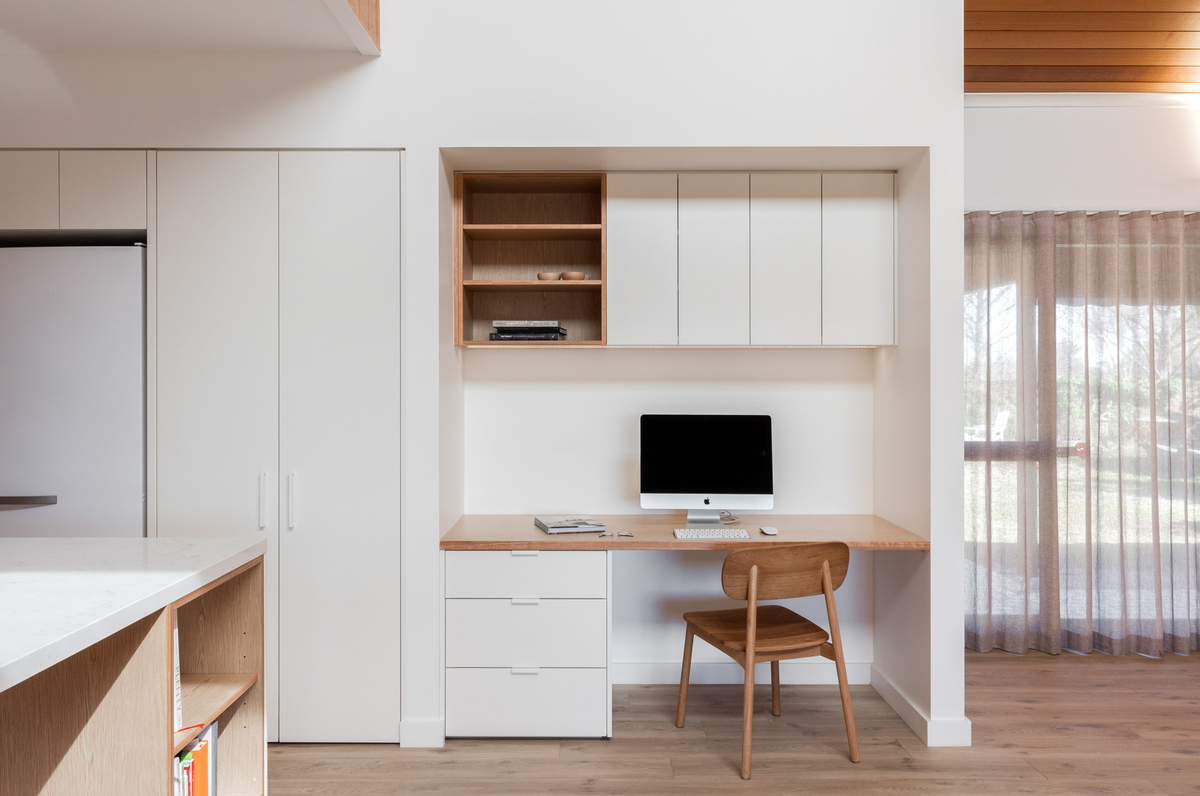 "The client came to us with a house that was very dark internally with dark floors and exposed face brick walls. They wanted the house to have a complete face lift. The bones and structure of the house were solid but the existing house had slate floors which at the time of construction I'm sure was 'state of the art' but we knew that it had to go if we were to make any significant impact to the feel of the house. We completed a small test patch to see if it would remove easily. The floor also had underfloor heating and luckily the floor heating was able to be maintained, slate removed and a new timber floor was installed over the existing slab. Once we knew the floor could be replaced all the materials and selections were much easier from then on." 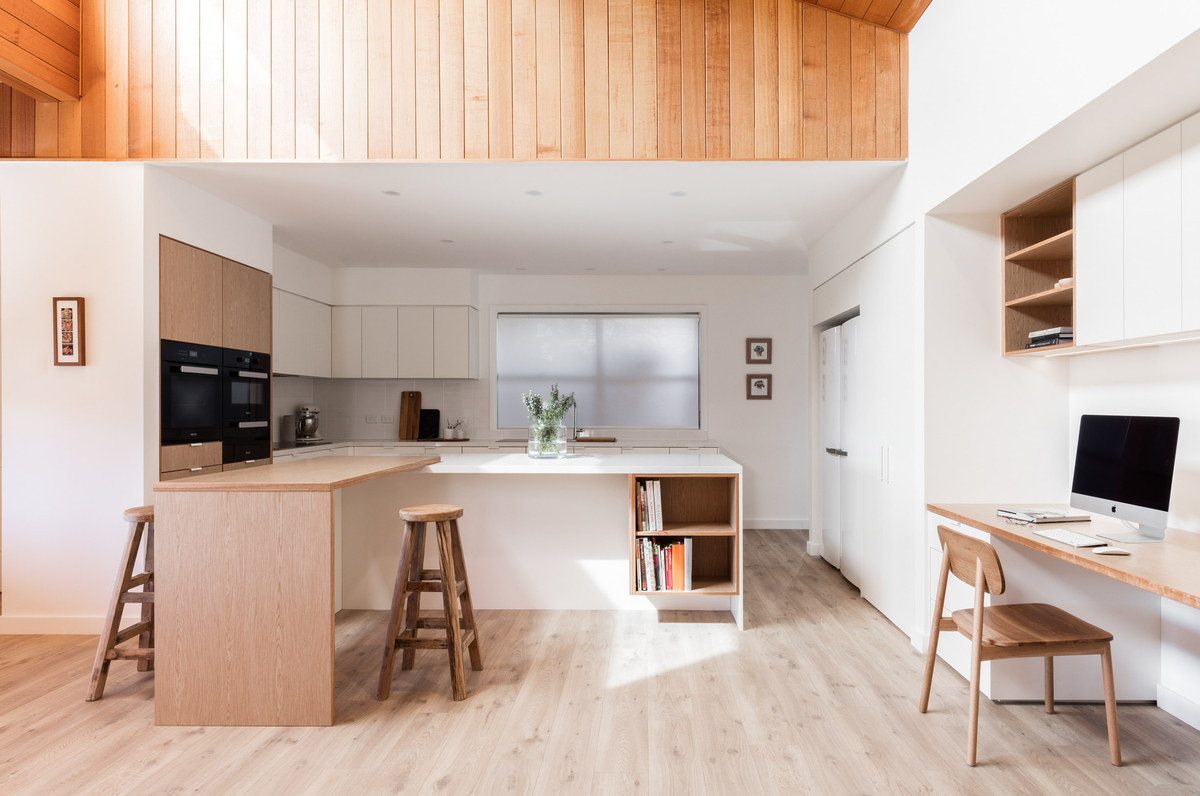 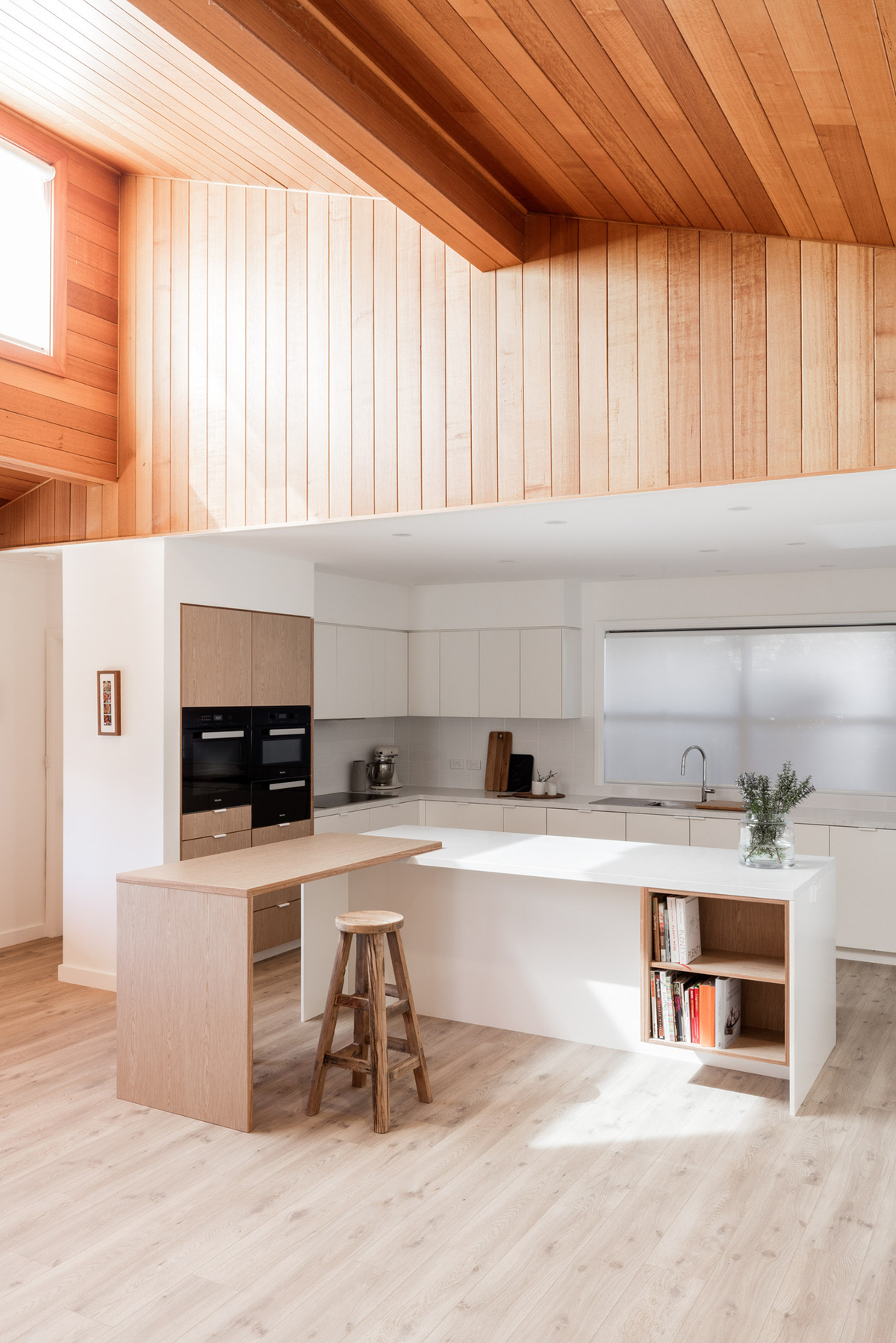 Changing the internal materials from dated and dark '80s finishes to more modern and warm choices made a real difference. From dark slate and heavy internal brickwork, the architects have transformed the space with a warm palette of timber, warm whites and designer steel and timber joinery elements used to divide and subtly define the space. But the project is more than cosmetic. Three small living/dining areas have been brought together in spite of varying floor levels and ceiling heights. This has made the home feel much more open and light filled. 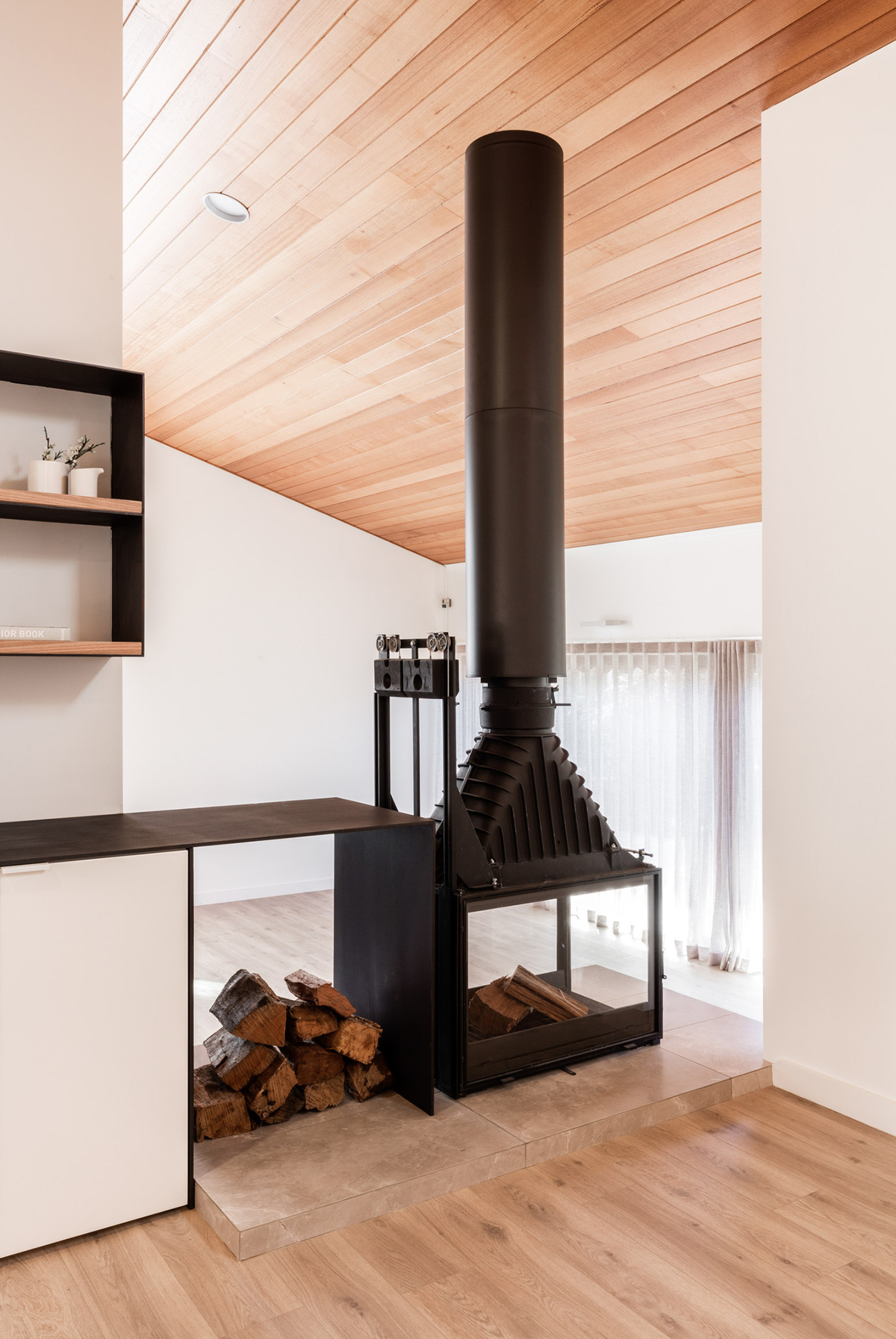 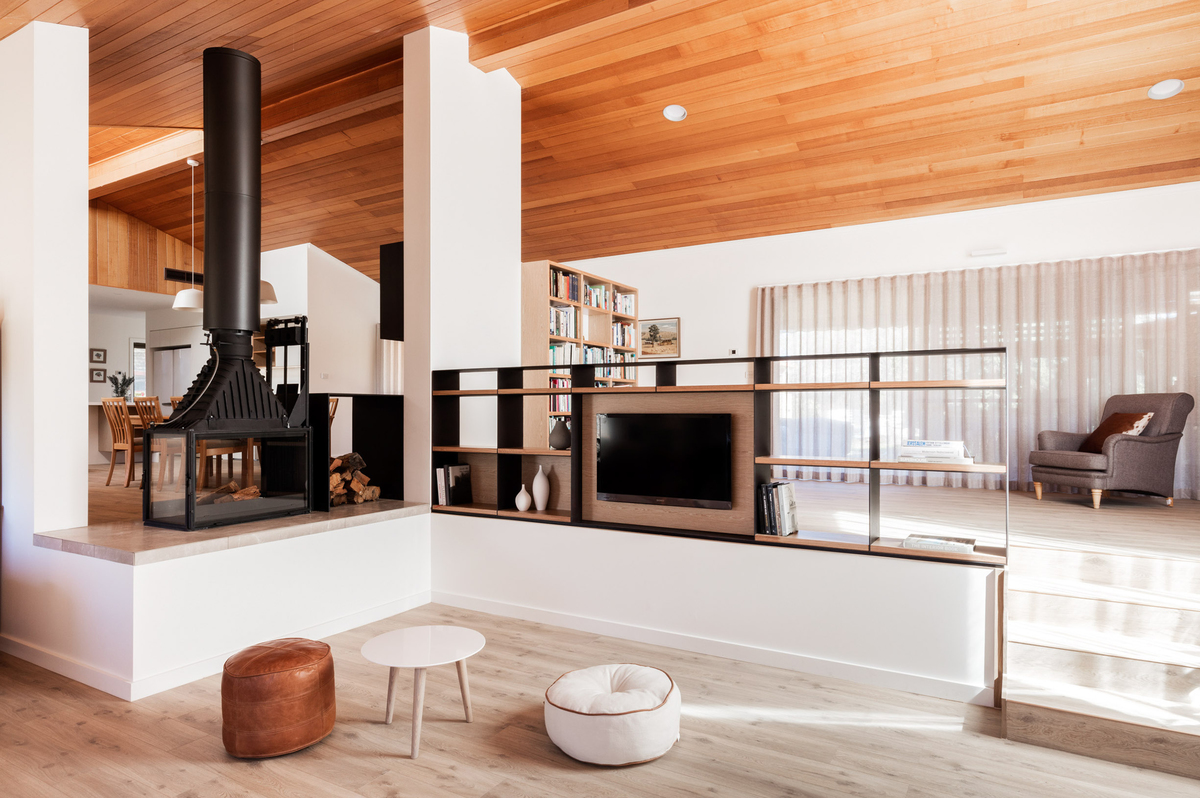 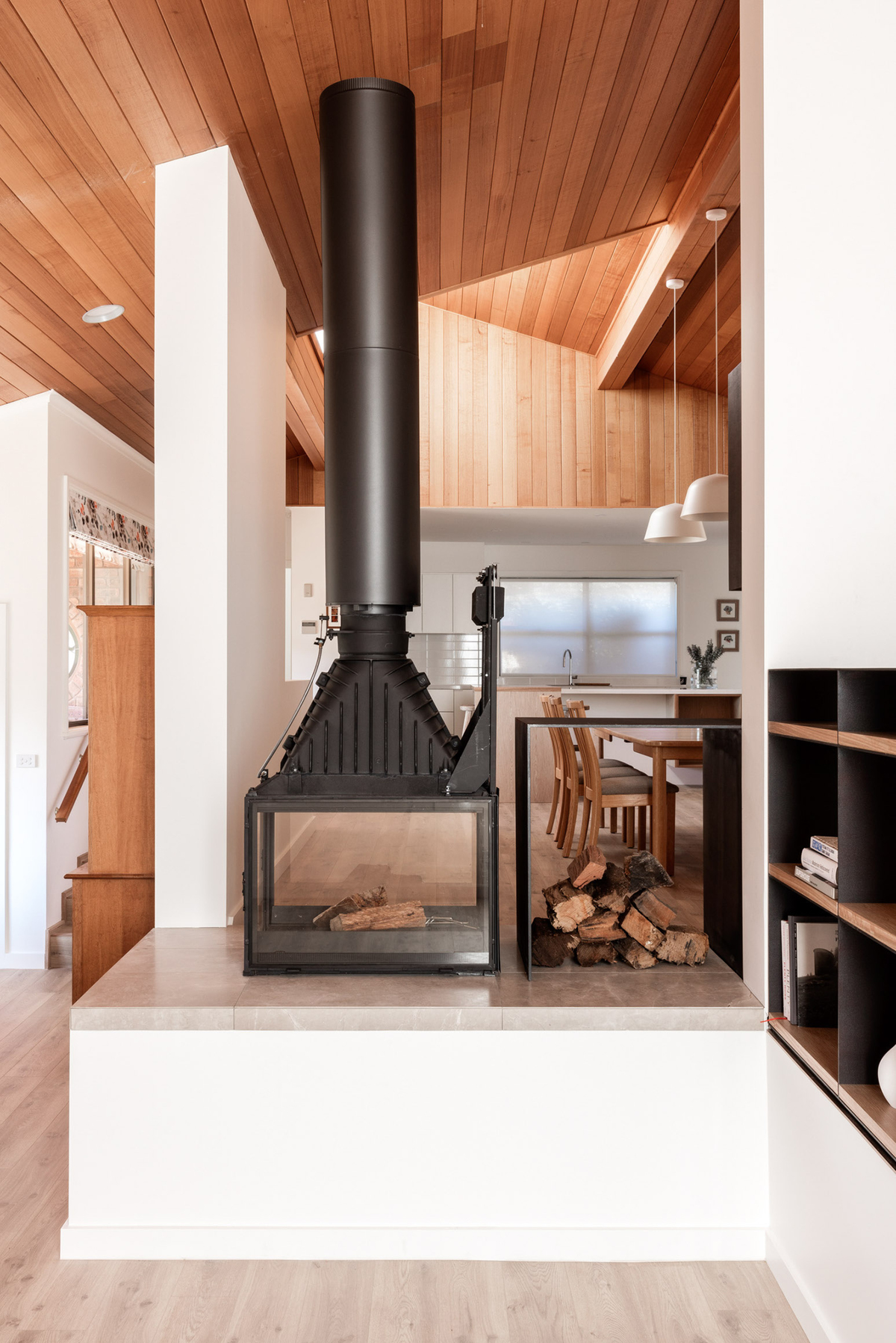 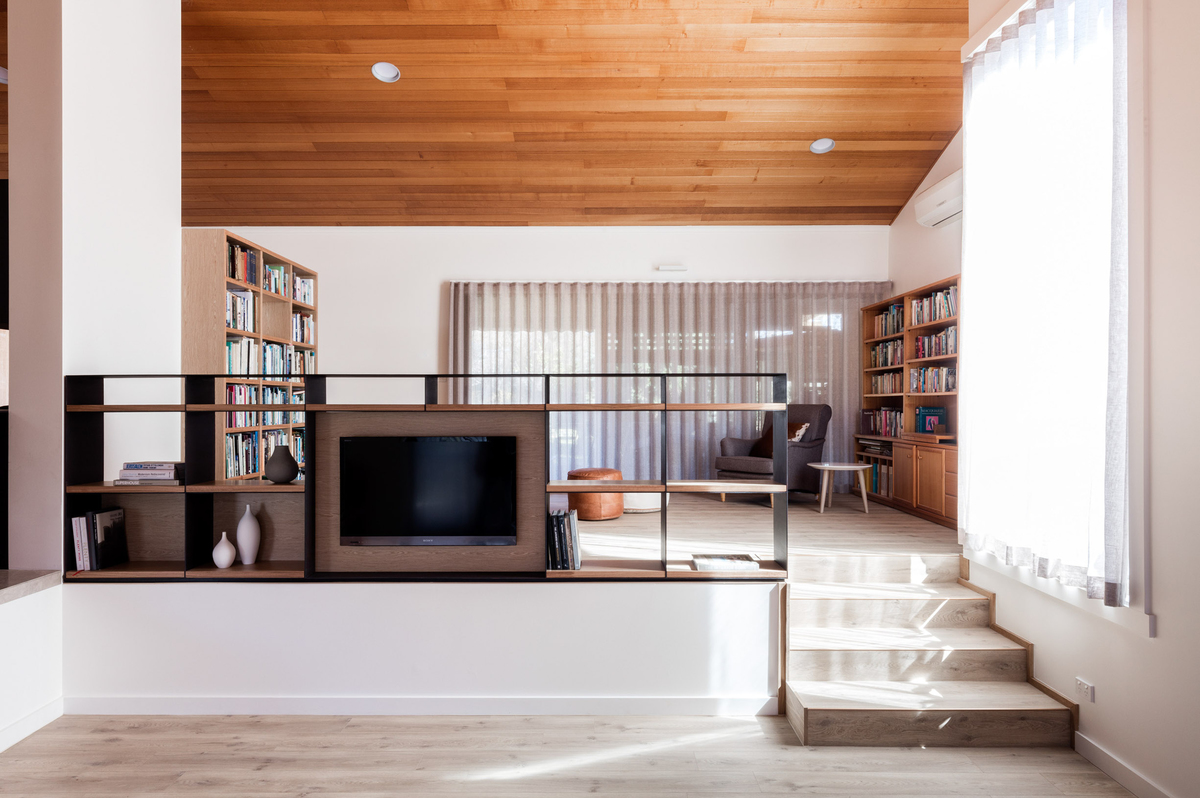 Green West House still retains the spirit of the original 1980s home, but it's been given a modern interpretation. Thanks to new materials, a more open floor plan and considered placement of joinery, the design also improves the functionality of the home. It's not often you get to say that they modern reboot is better than the original, but it's certainly true of Green West House. 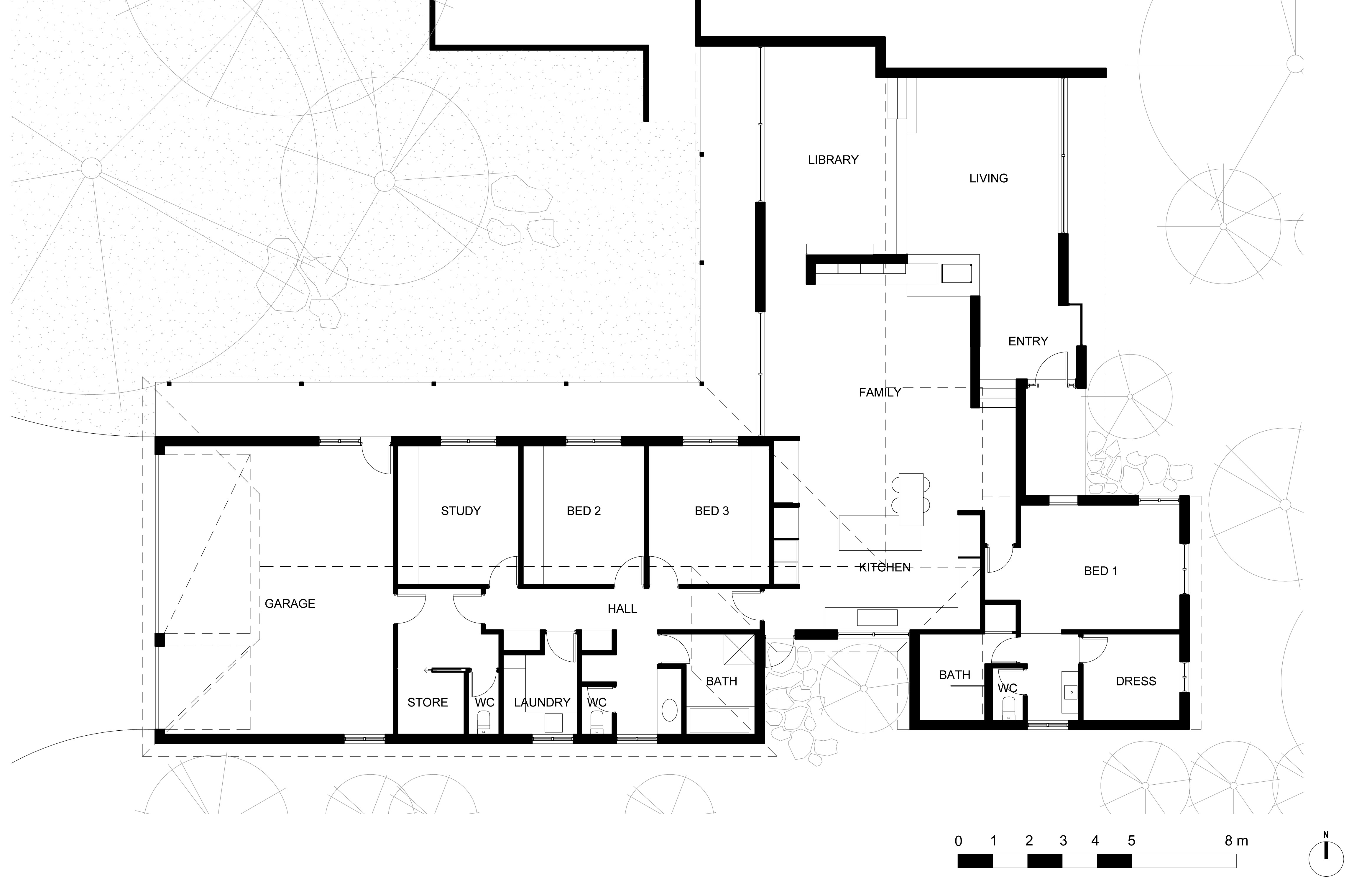 Tell us what you love about Green West House...