Hill House: They Built a Sunny Living Area Under a Grassy Knoll 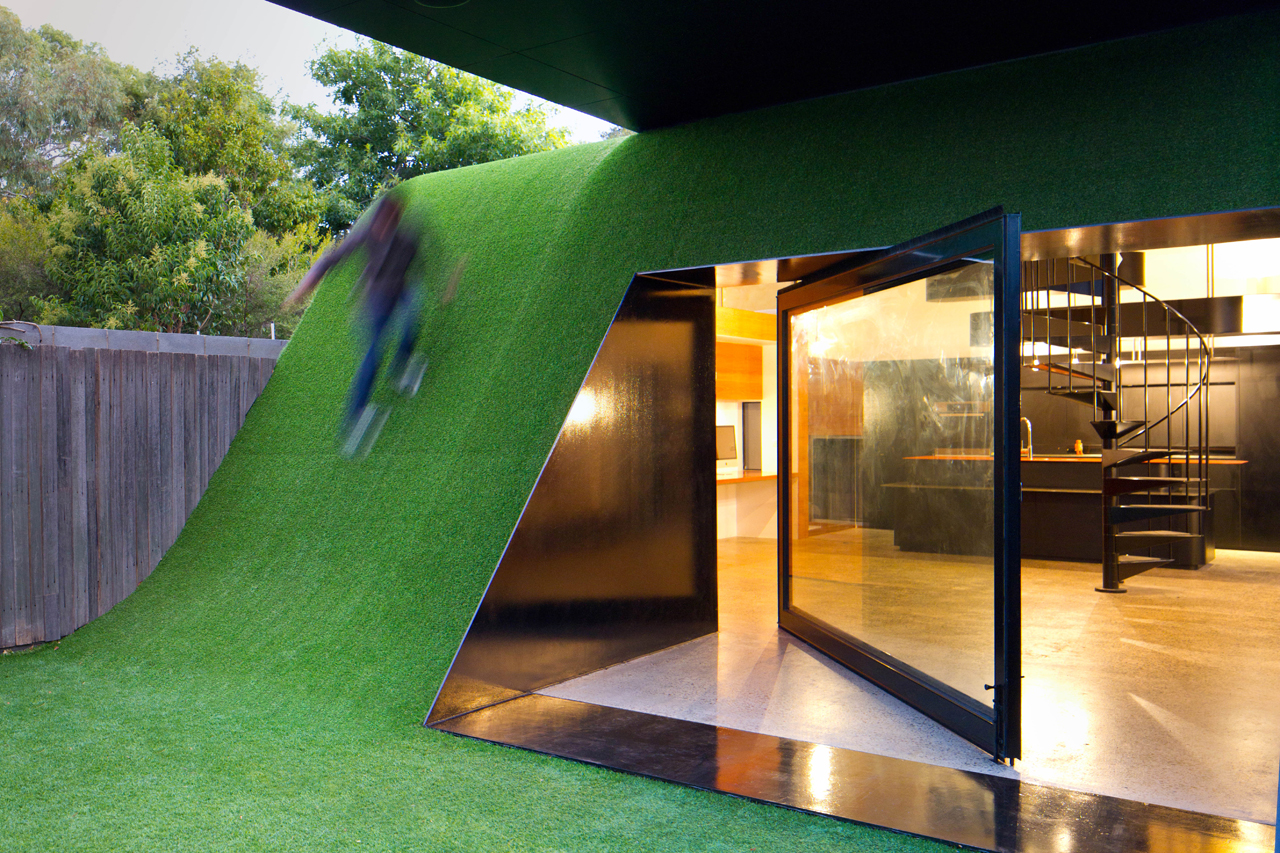 A Creative Answer to a Simple Question

The answer to a simple question -- 'Where does the sun come from' -- led to the design of a Hill House in the backyard of this Melbourne home.

Andrew Maynard Architects took the complexities of design and tried to narrow in on what single element would make the biggest difference to their clients' lives. The answer was access to sunlight. So their new extension would be light and bright. It would be warmer in winter without being too hot in summer. And their outdoor space would not be cold, dark and uninviting because of shade created by a new structure.

It's an innovative and exciting extension that solves a lot of common problems... 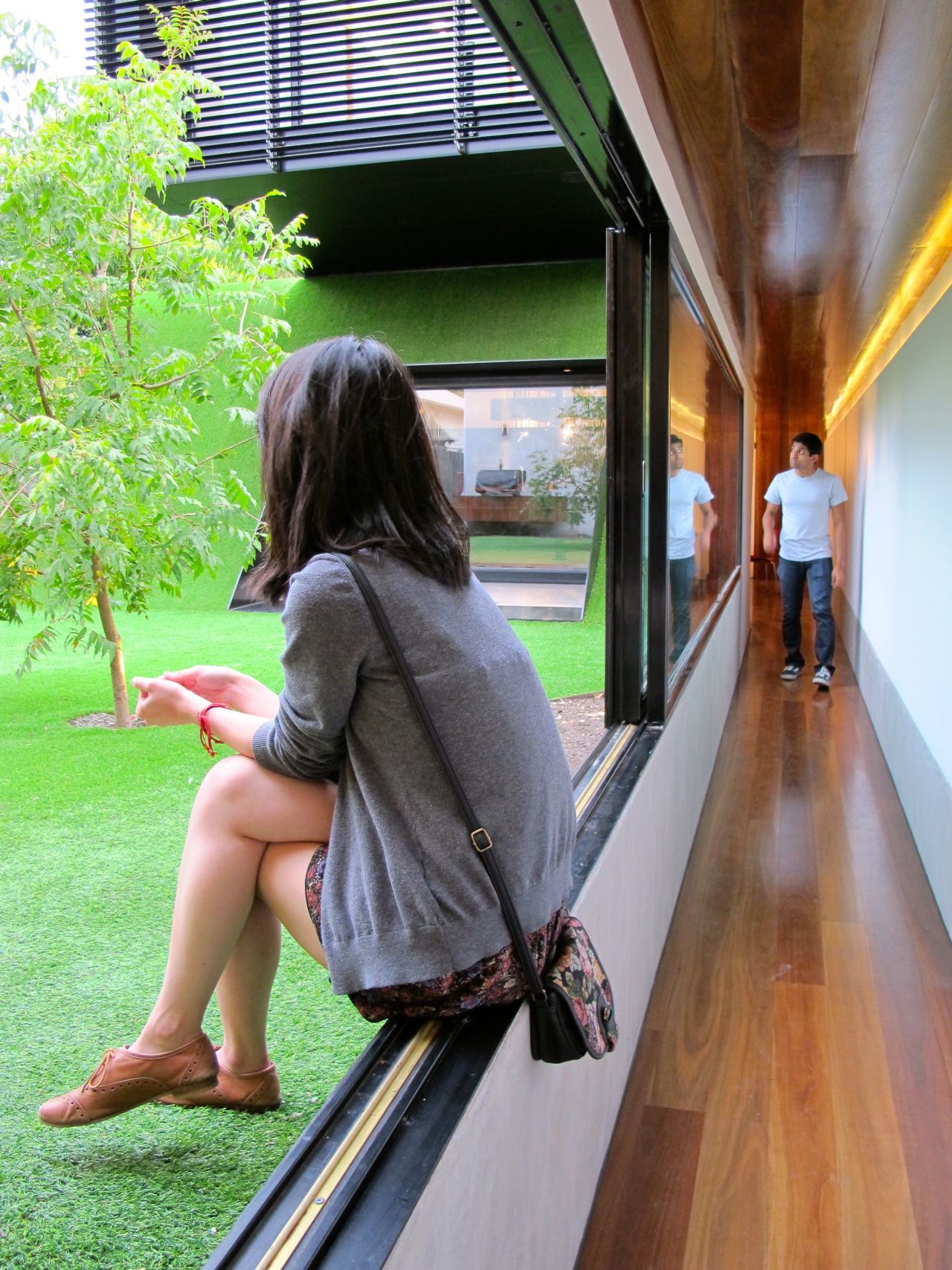 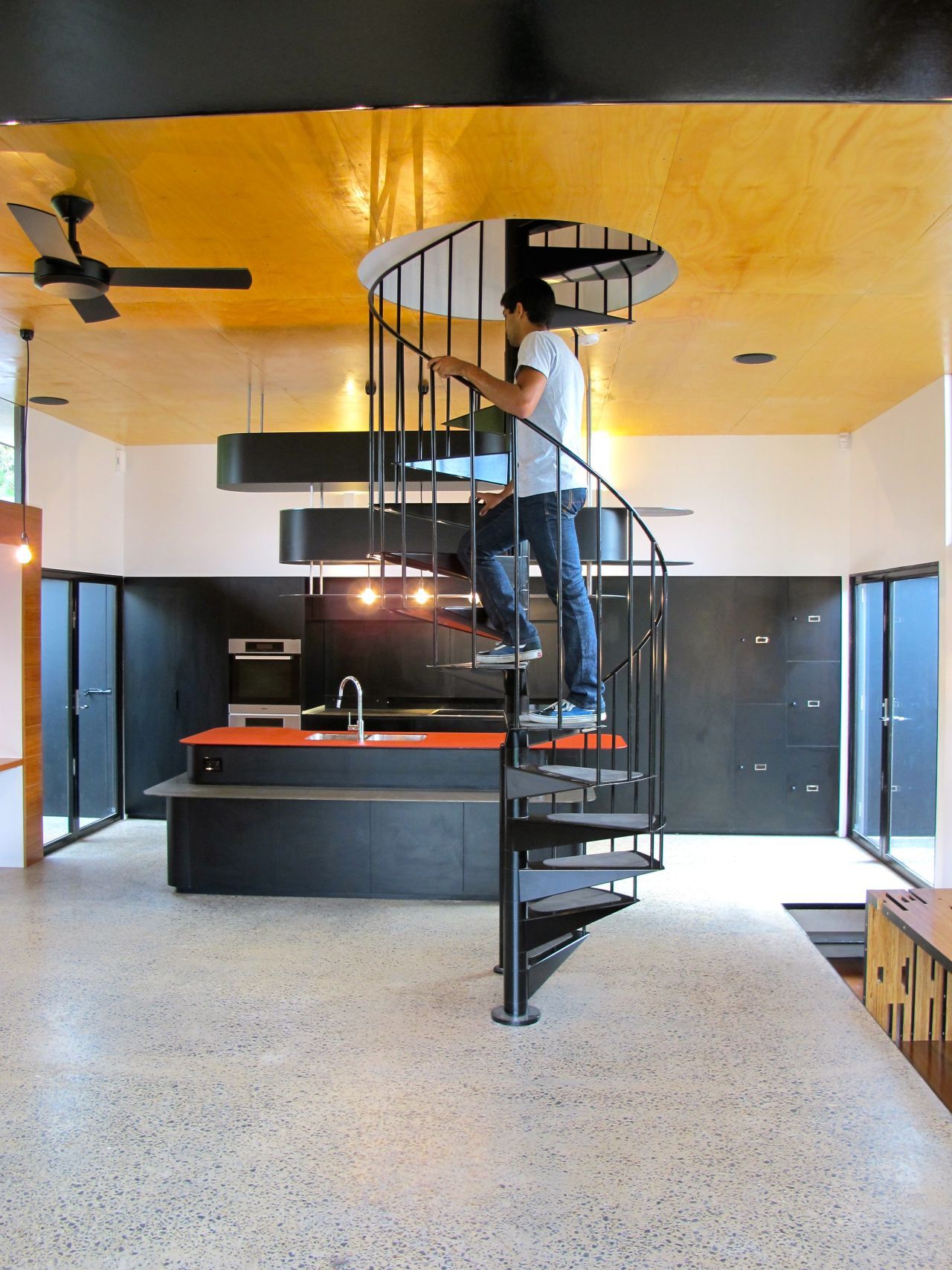 The Best Way to Look at the Sun

The house is on a narrow site which faces North. A double story extension in the '90s left the backyard dark and in shadow most of the year.

Architect, Andrew Maynard, chose not to continue the mistakes of the past. Instead, he developed an innovative solution to provide sunlight to the backyard and to the new extension. Rather than reconfigure and extend the existing house, a new two-story pavilion was built at the very rear of the property, facing the sun. The ill-fated '90s extension was demolished to let the sun back into the yard.

A Reason for the Hill

An artificially turfed 'hill' extends the backyard up and over the living area. It becomes a sunny place to soak up the sun. Or, if you're feeling more adventurous, to climb. The overhanging second story shades the living areas during summer, but still allows the sun to stream in during the cooler months. 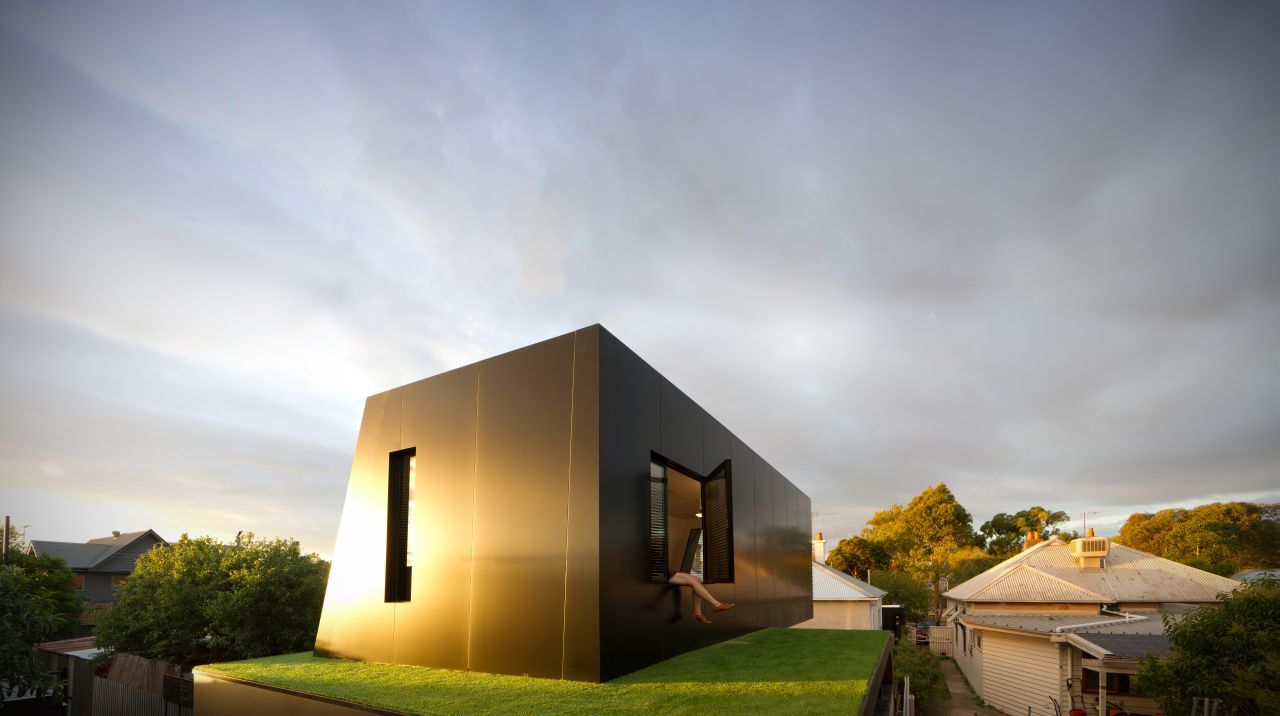 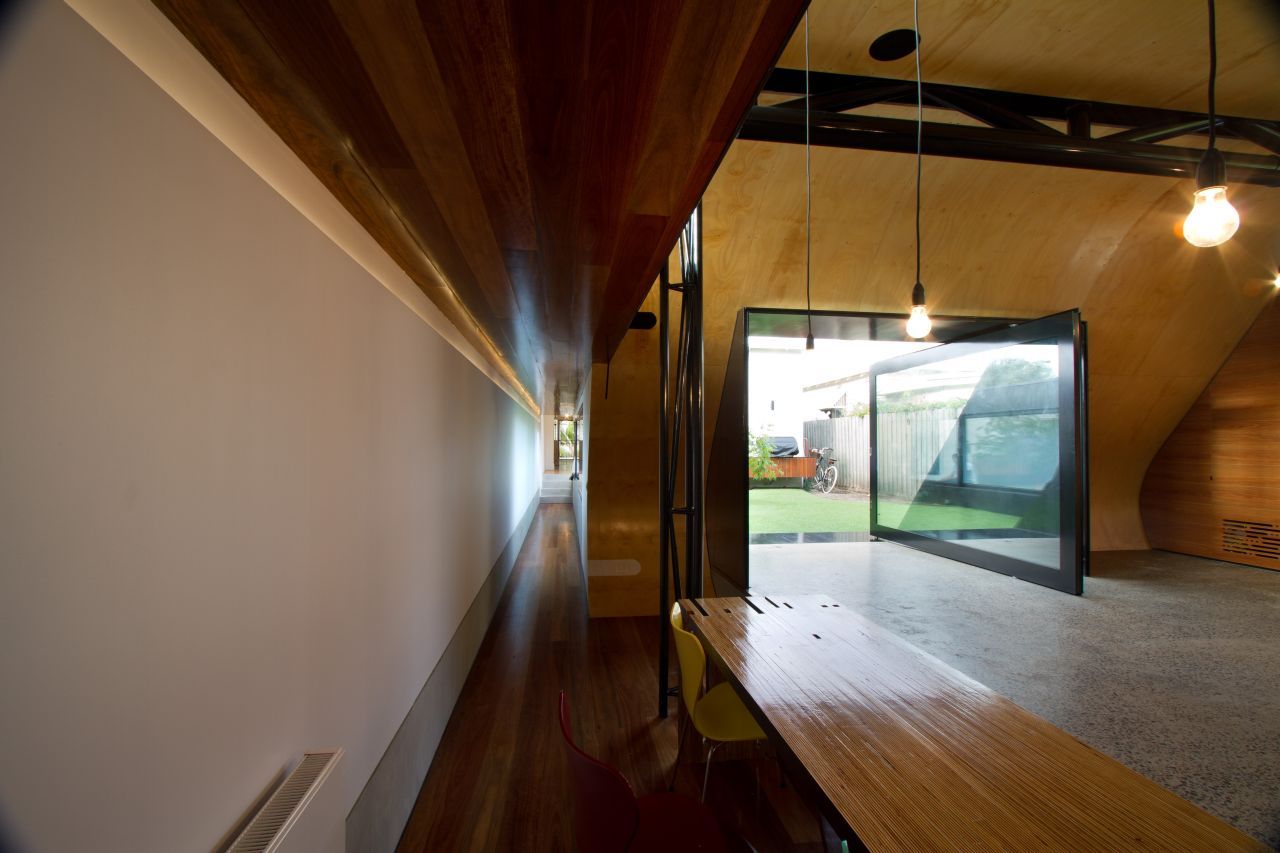 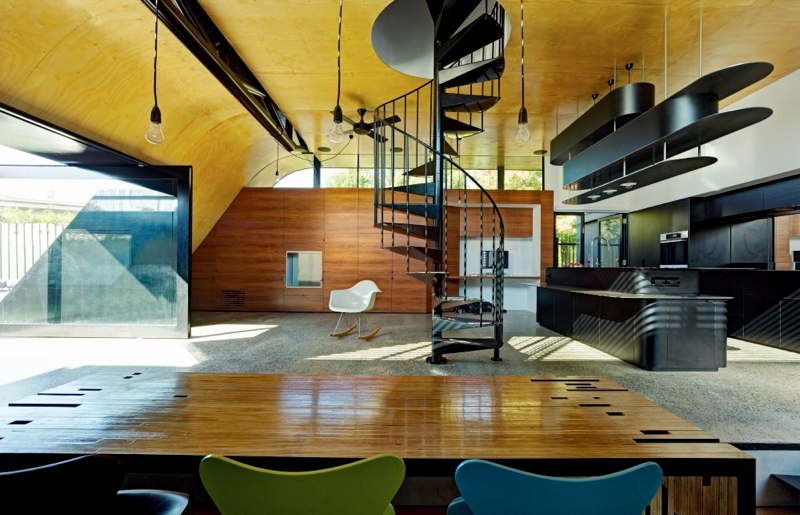 With the new living and master bedroom located in the hill house, the existing Edwardian-era house was reconfigured to become a dormitory for the children. This is a space that will grow with them over time to become a retreat for teenagers and possibly a separate self-contained unit for adult children.

To connect the rear pavilion to the house, Andrew created a "one meter-wide fence". The corridor connecting the old with the new is just two meters high -- the same height as a boundary fence. The whole corridor is essentially a wide, usable fence. It is lowered several steps to make it high enough to walk through. This creates an interesting change of levels, and also creates a space for dining with a build in bench seat. 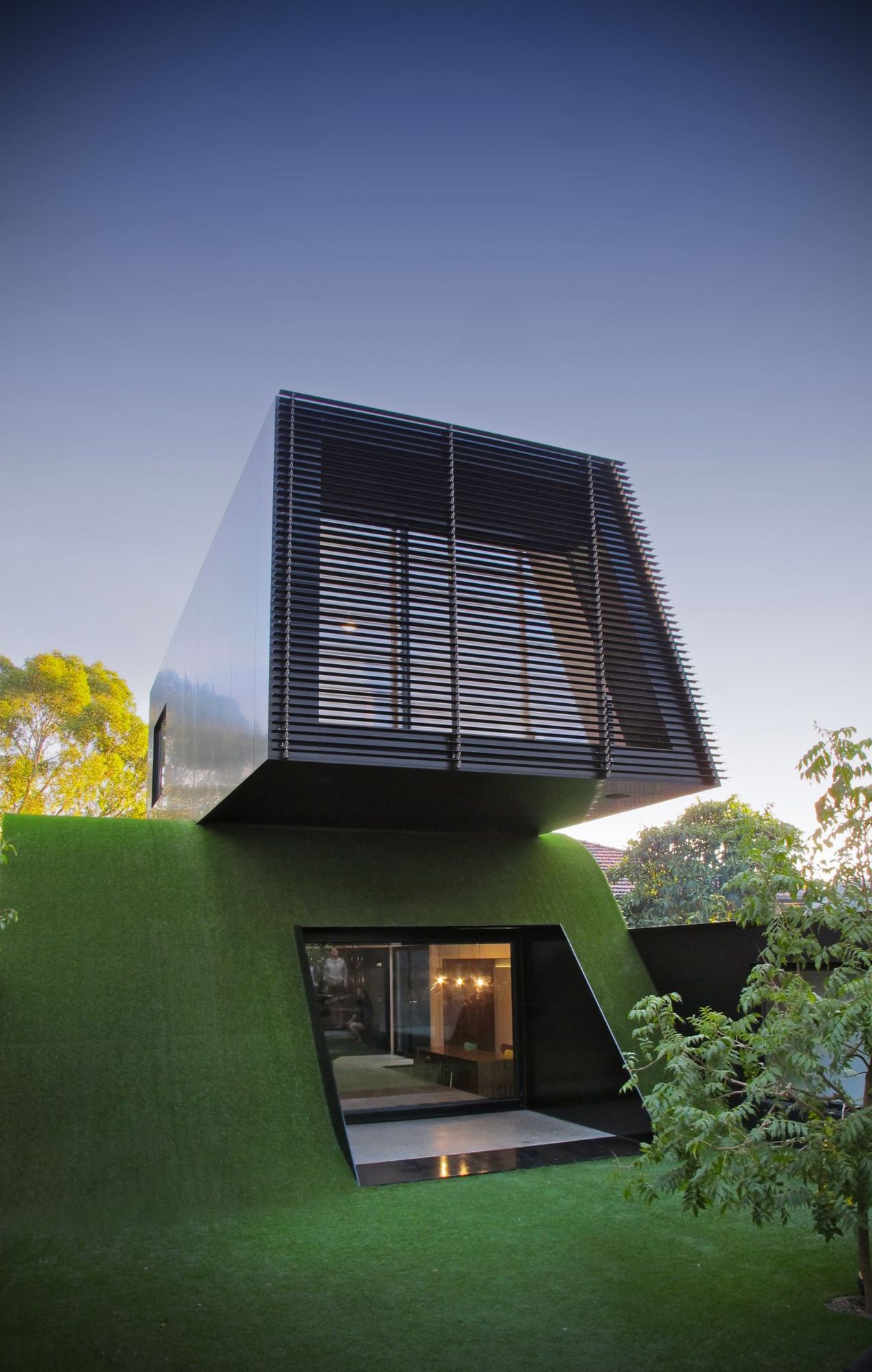 A Fun Answer to Common Problems

The Hill House is an innovative and, above all, fun solution to a problem many homes face -- a narrow site with limited access to sunlight. Rather than continue the problem by attaching a boxy extension to back, the Hill House is a radical departure from the traditional extension. The hill itself solves a number of problems. It extends the backyard, gets north light for the new pavilion and creates drama and fun in a backyard which might otherwise be flat and boring. 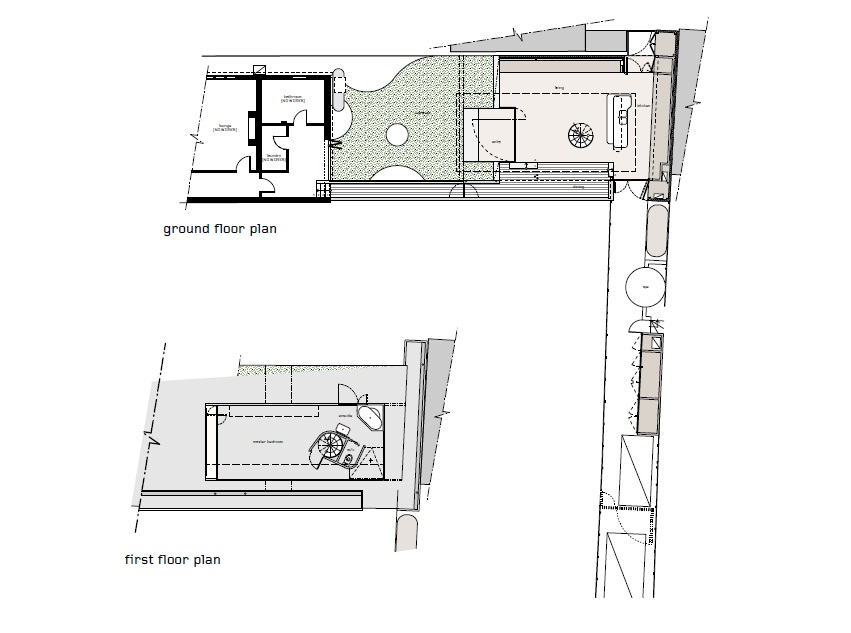