The dramatic, but often hostile setting influenced the design of this courtyard house in Lake Hawea, New Zealand. Glamuzina Paterson Architects decided that the overall shape should be a low singular form bunkered in the landscape. 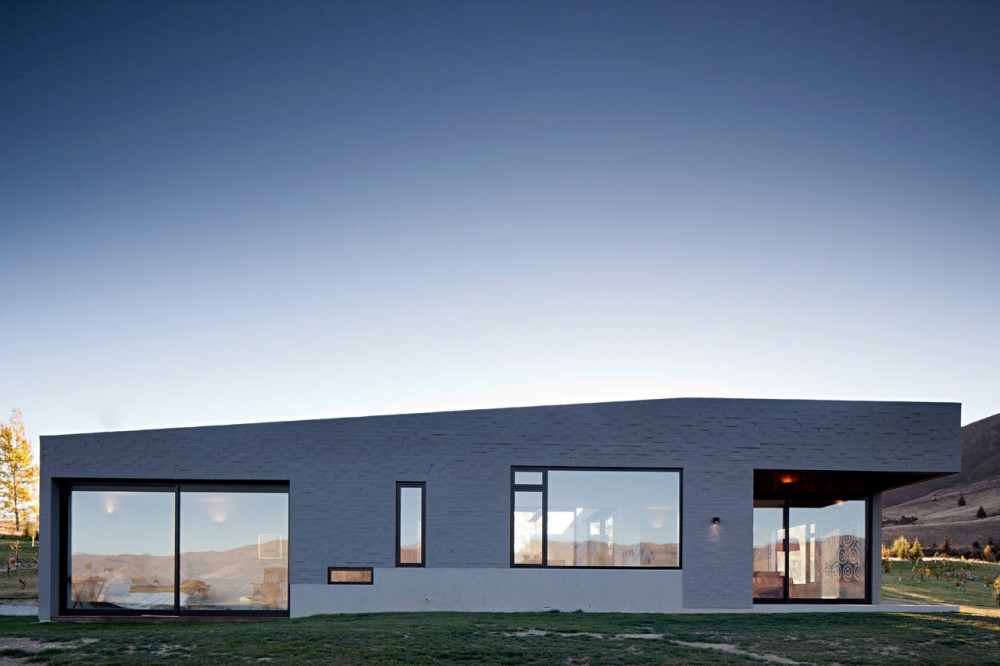 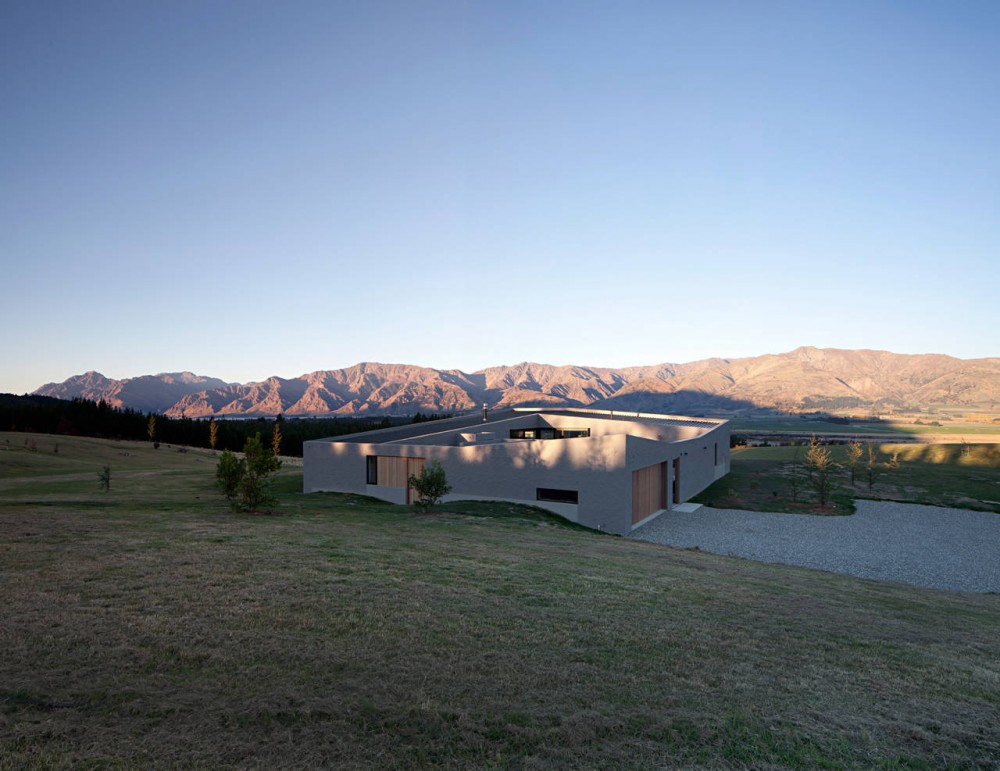 The courtyard type allowed the building to explore the ideas of continuous enclosure and protection from the elements. The plan of the house was then able to negotiate both the interior courtyard and the exterior landscape. The idea of singular forms clad with simple materials, drove the material and formal qualities of the building early on in the design process. The textured brick design feels at home amongst the rocky outcrops surrounding Lake Hewea. 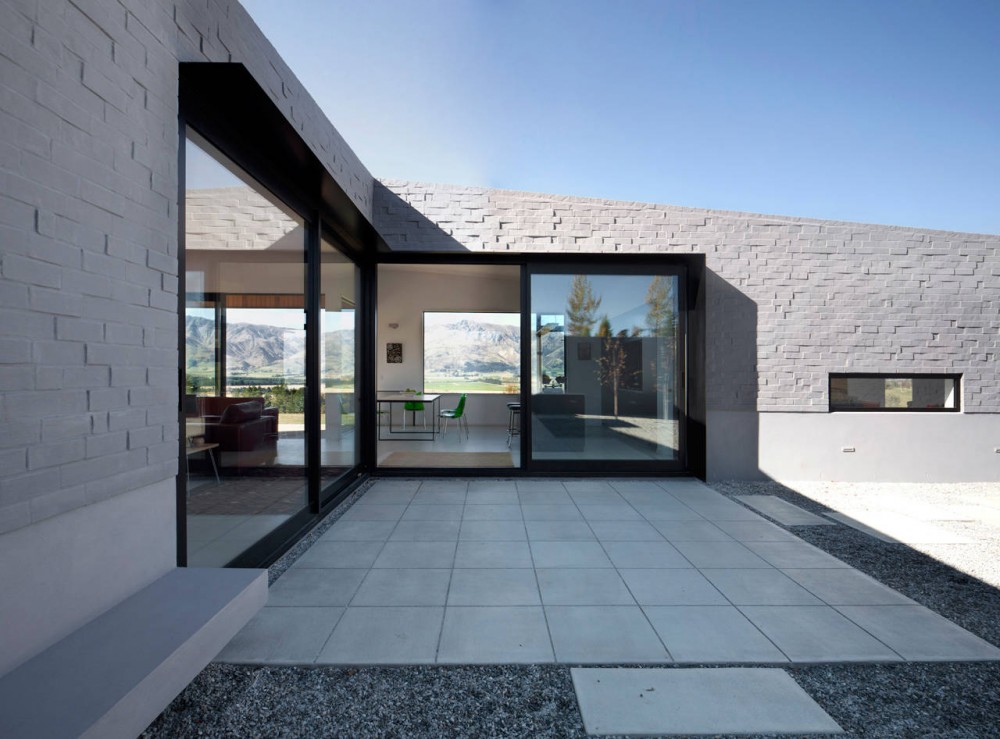 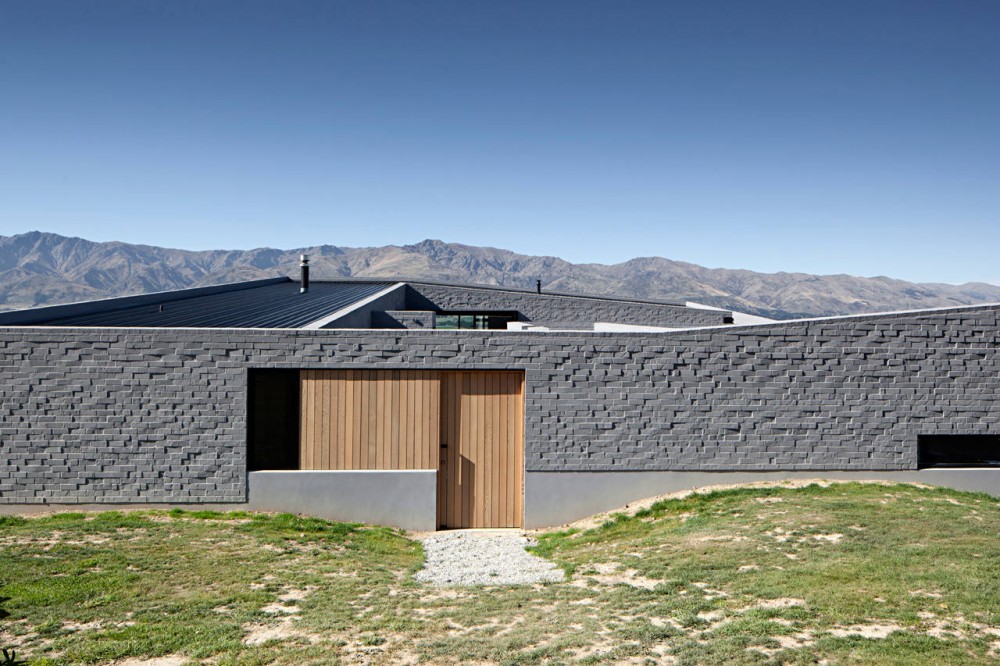 Shifts in the floor plate which correspond to changes in the ceiling level help to define the different spaces. Externally, the home sits on a plinth of sorts. The plinth is expressed as lower recessed wall wrapping around the building connecting it to the ground. The combination of plinth and undulating roof help to mimic the surrounding landscape. 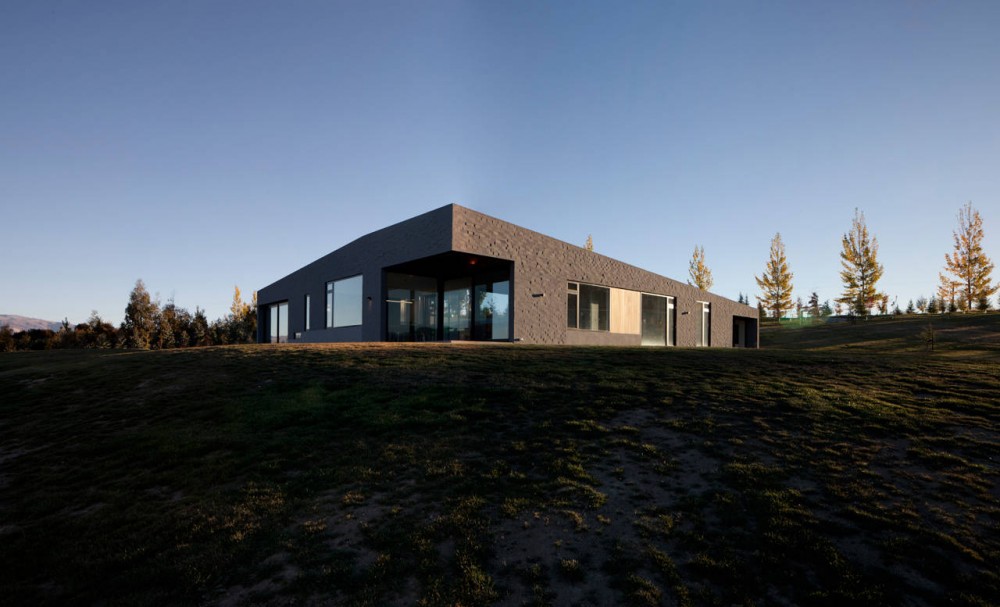 "We are influenced by the history and evolution of New Zealand architecture given our diverse landscapes. The building responds to a series of historical precedents, including the language of the early settler buildings in Arrowtown and central Otago that utilize low slung, stone construction to deal with the extreme environment. Buildings such as the original Peregrine winery in Wanaka also used stone construction and long gables as a form of resistance to the environment." — Glamuzina Paterson Architects 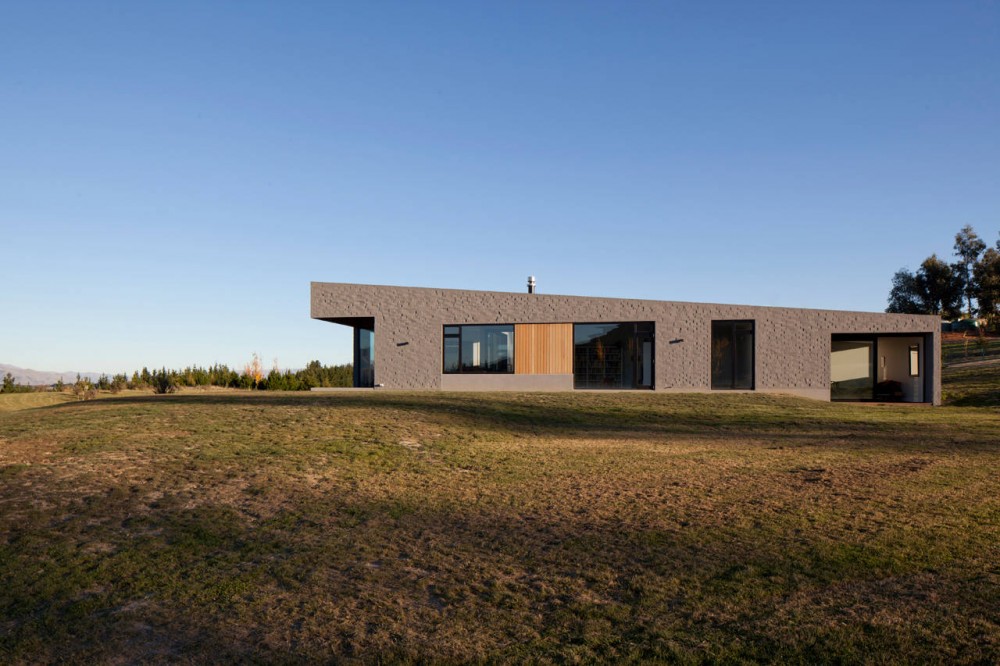 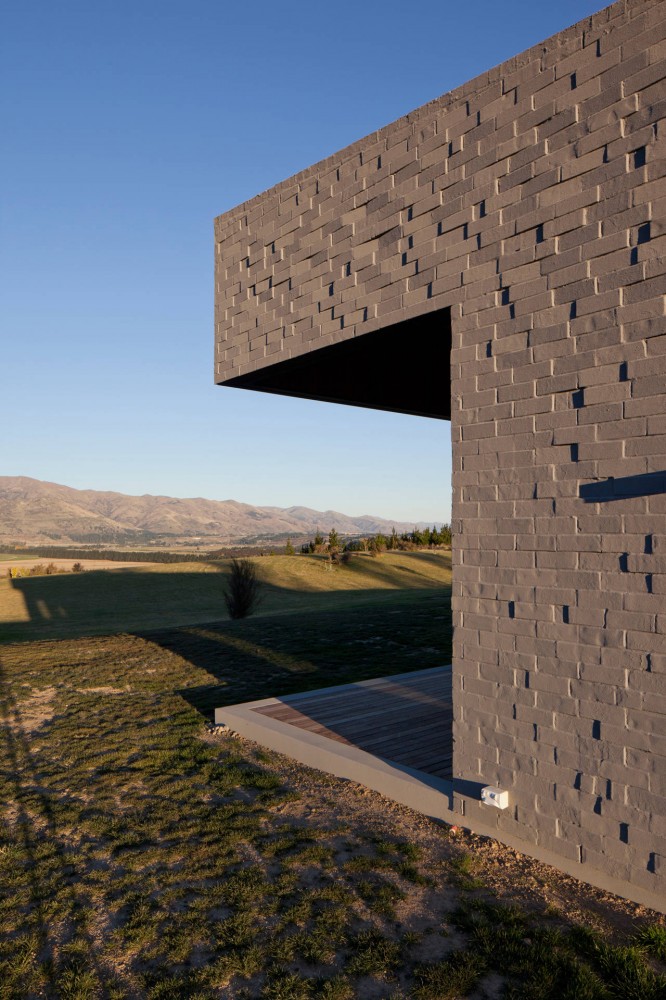 It is through a contemporary interpretation of vernacular building form and materiality that the building design developed. In particular, the use of brick as a material became an early imperative in terms the development of the form and its place in the landscape. The use of brick created a concrete relationship with the site, and anchored it firmly to the ground, along with a textural palette that allowed for a constantly shifting interpretation of scale. 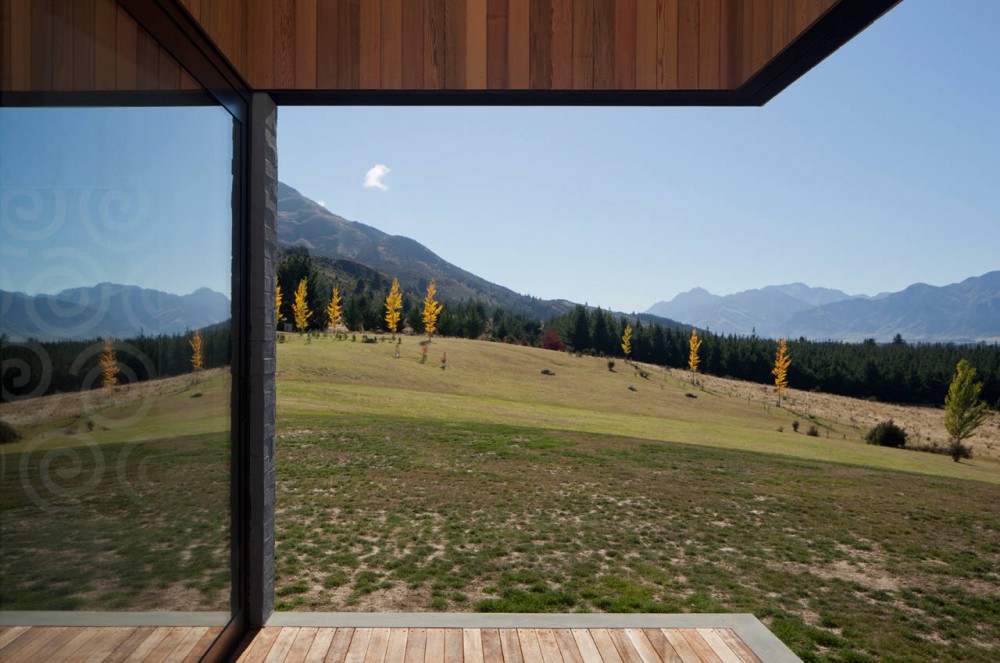 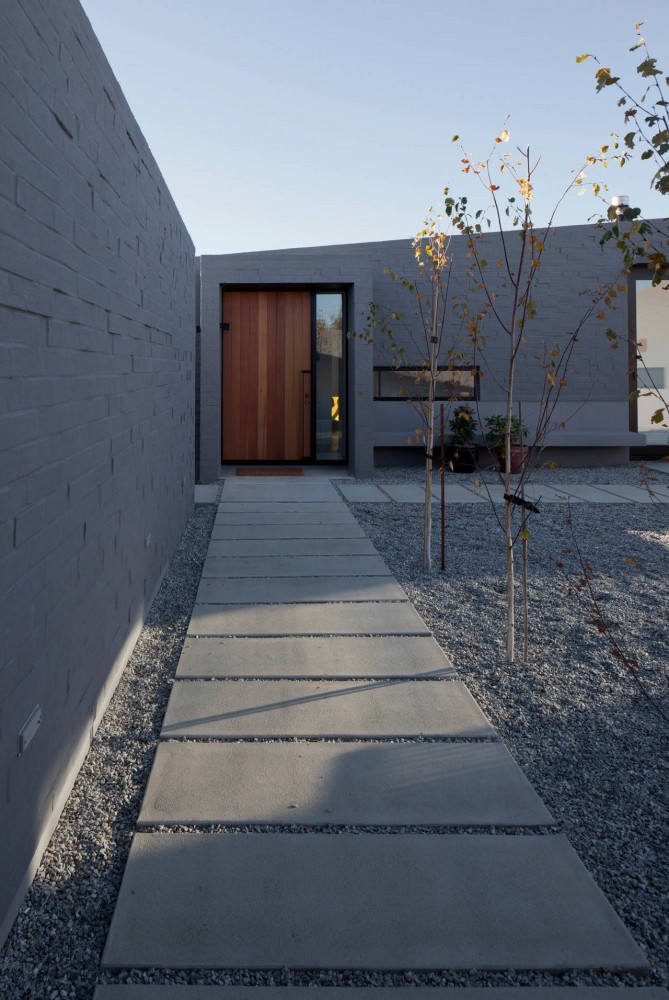 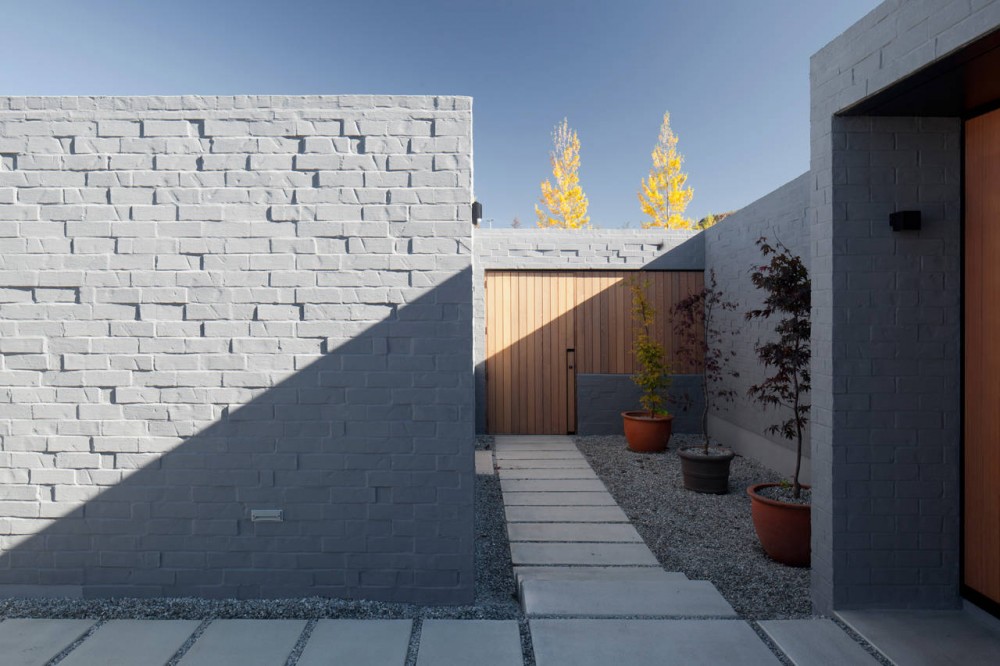 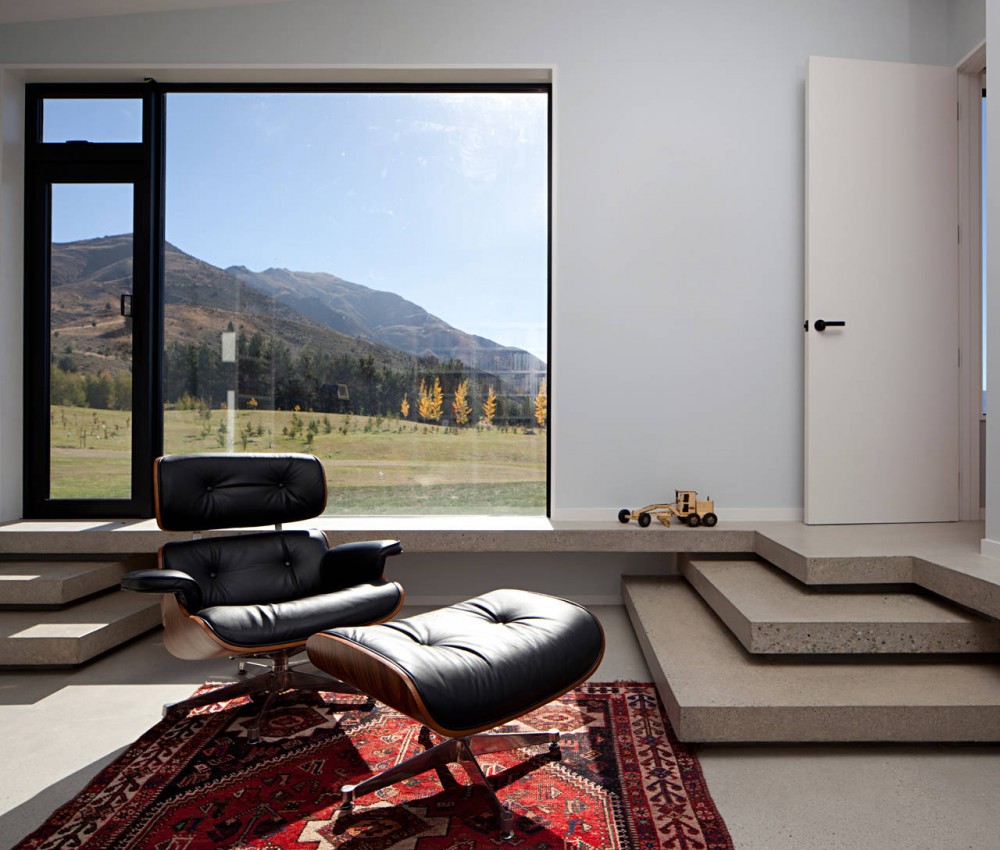 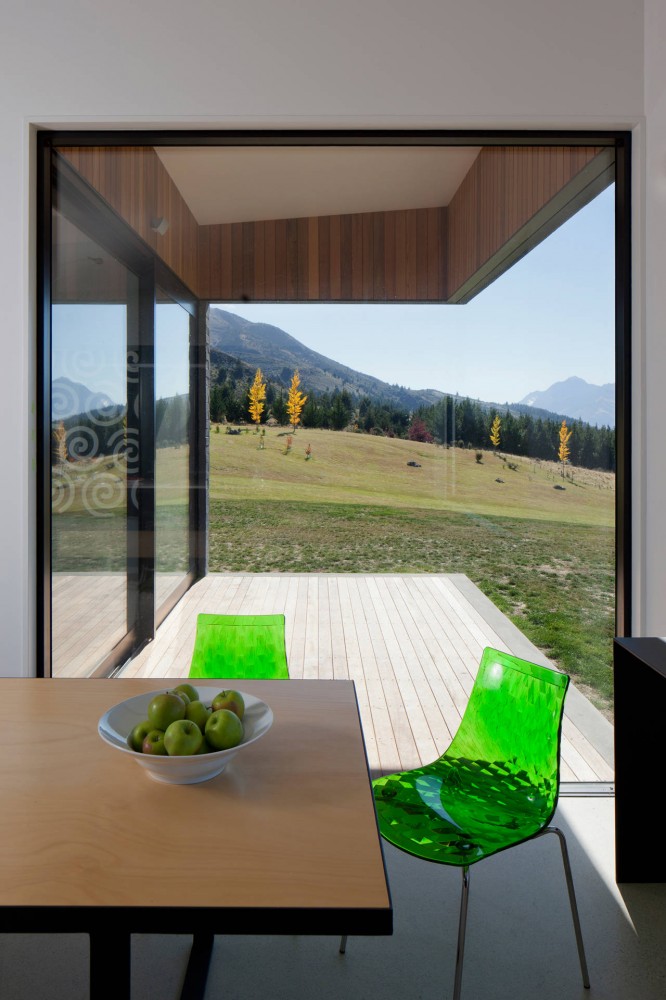 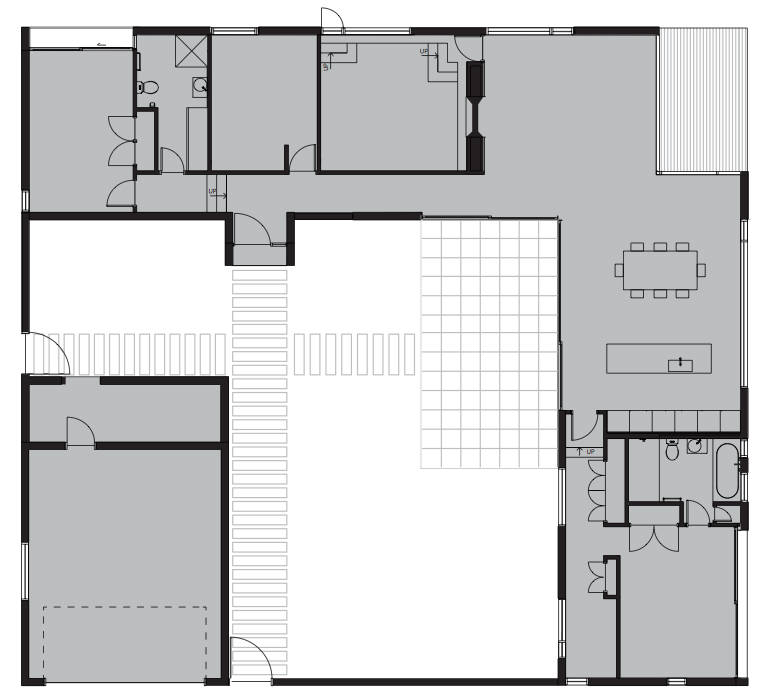