A Unique Vaulted Ceiling and Clerestory Windows Bring in the Light

Corner blocks are a complicated beast. They're often bigger and you have fewer neighbours to worry about. But it also means an extra side of the house with a lack of privacy and, potentially, traffic noise. In the eco-friendly renovation of this heritage home, RYANarc created a 9.5-star home that deals cleverly with its corner site. 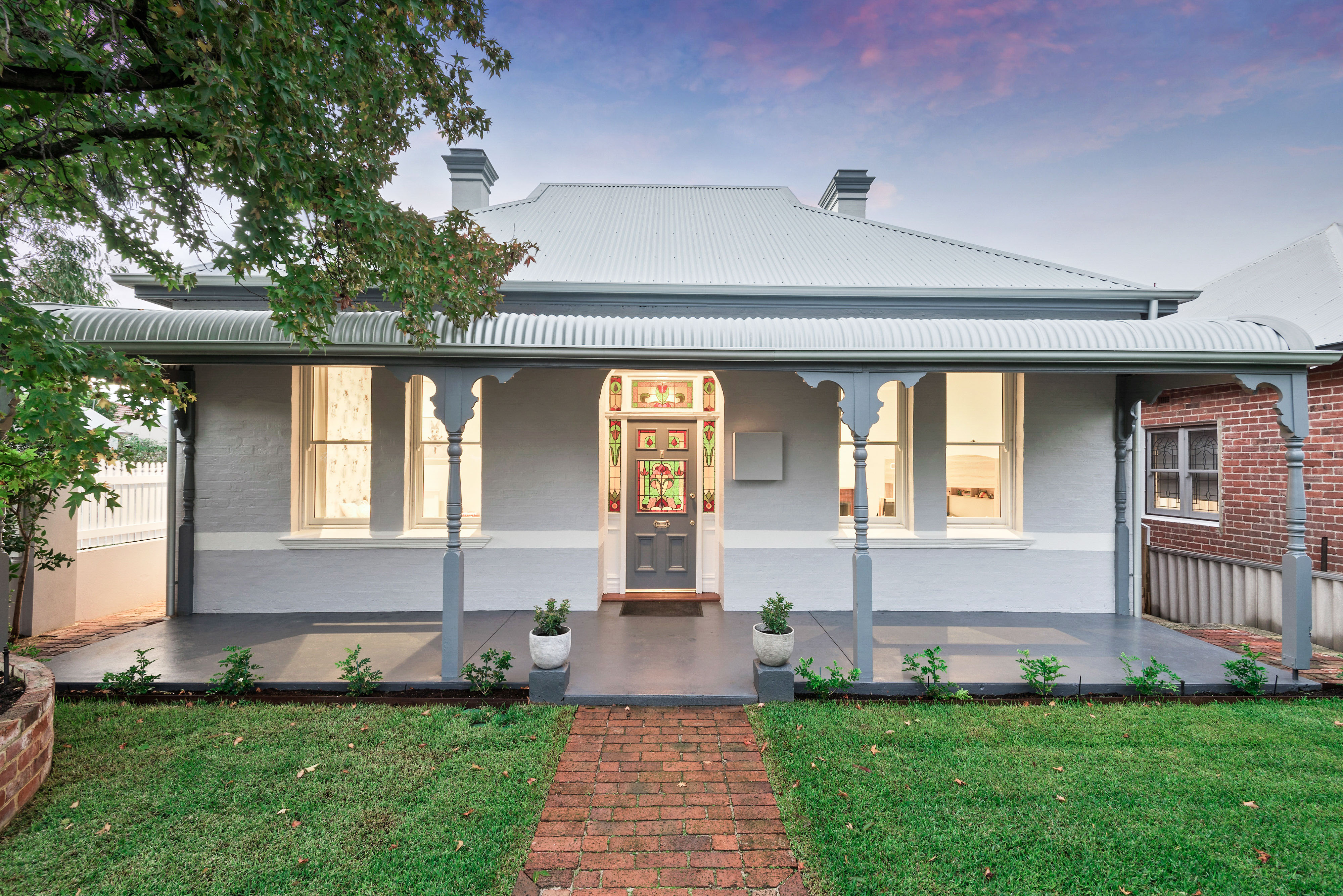 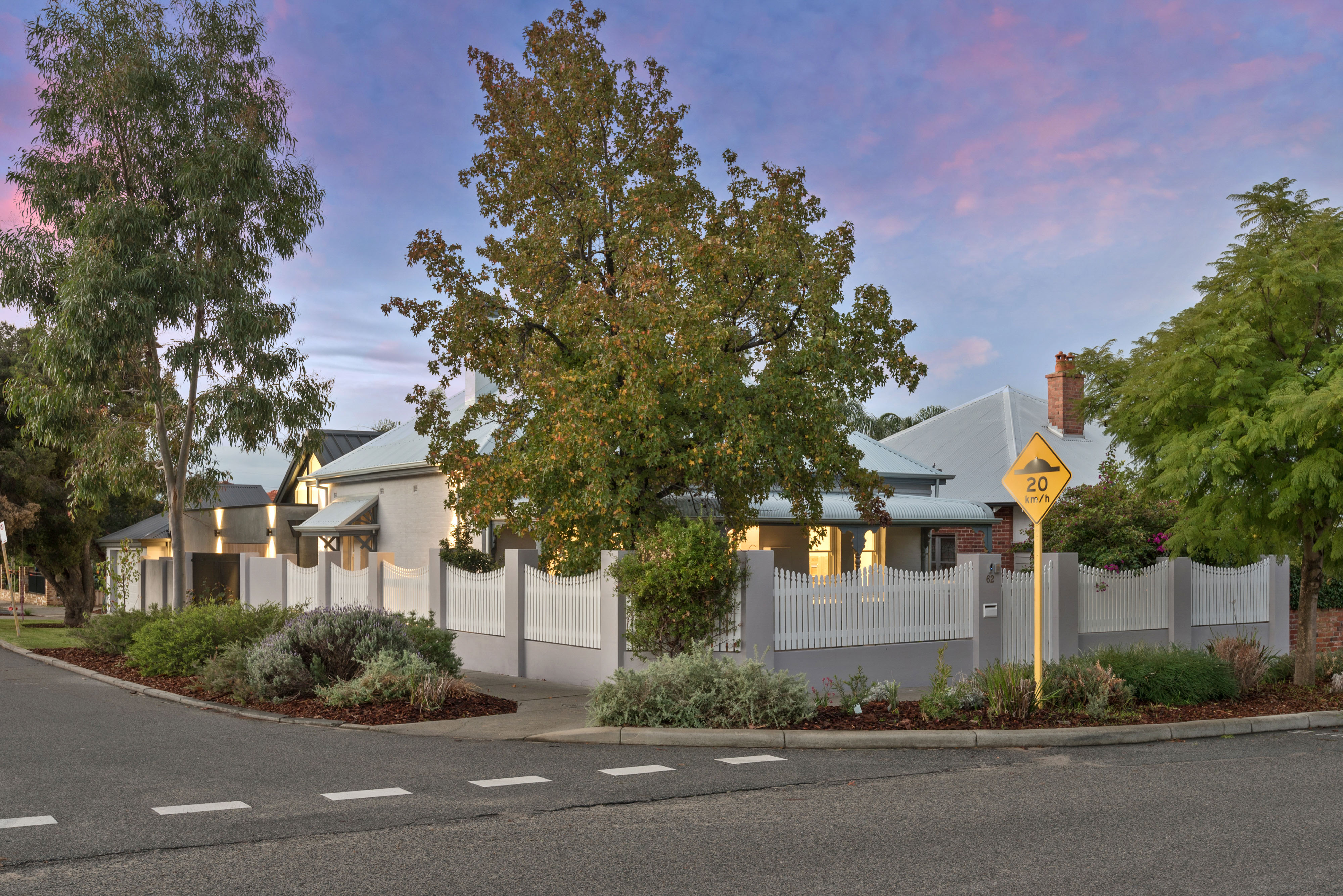 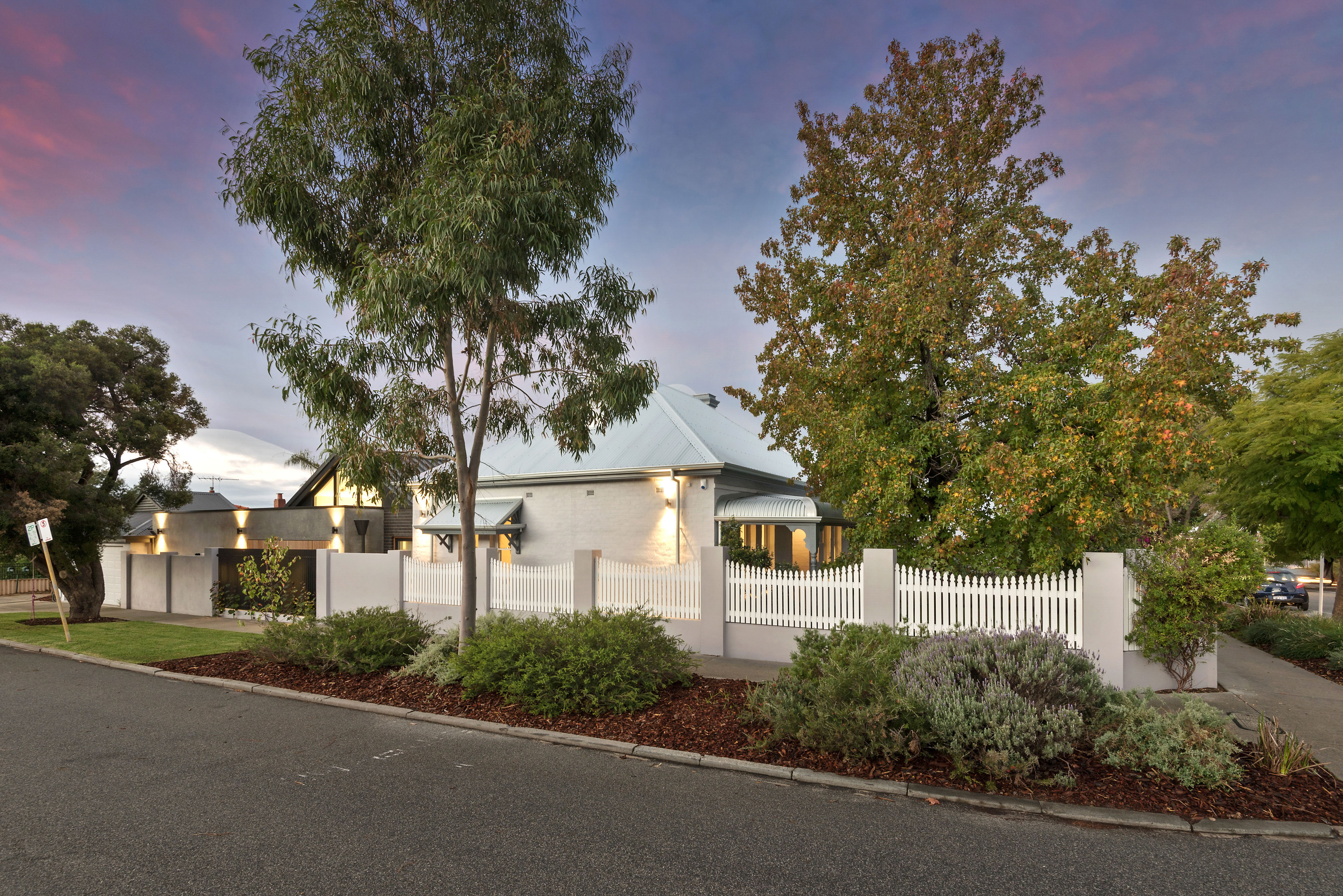 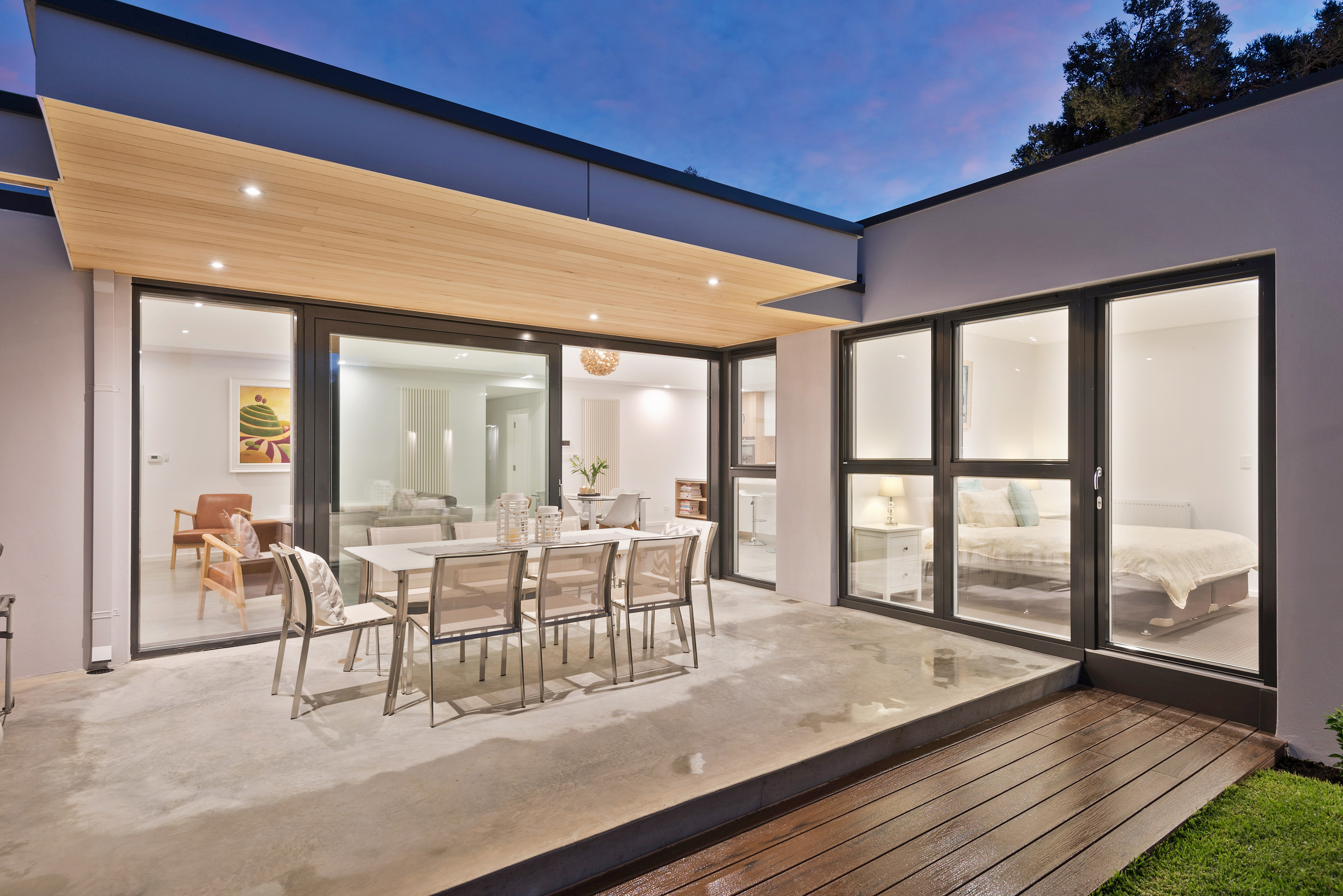 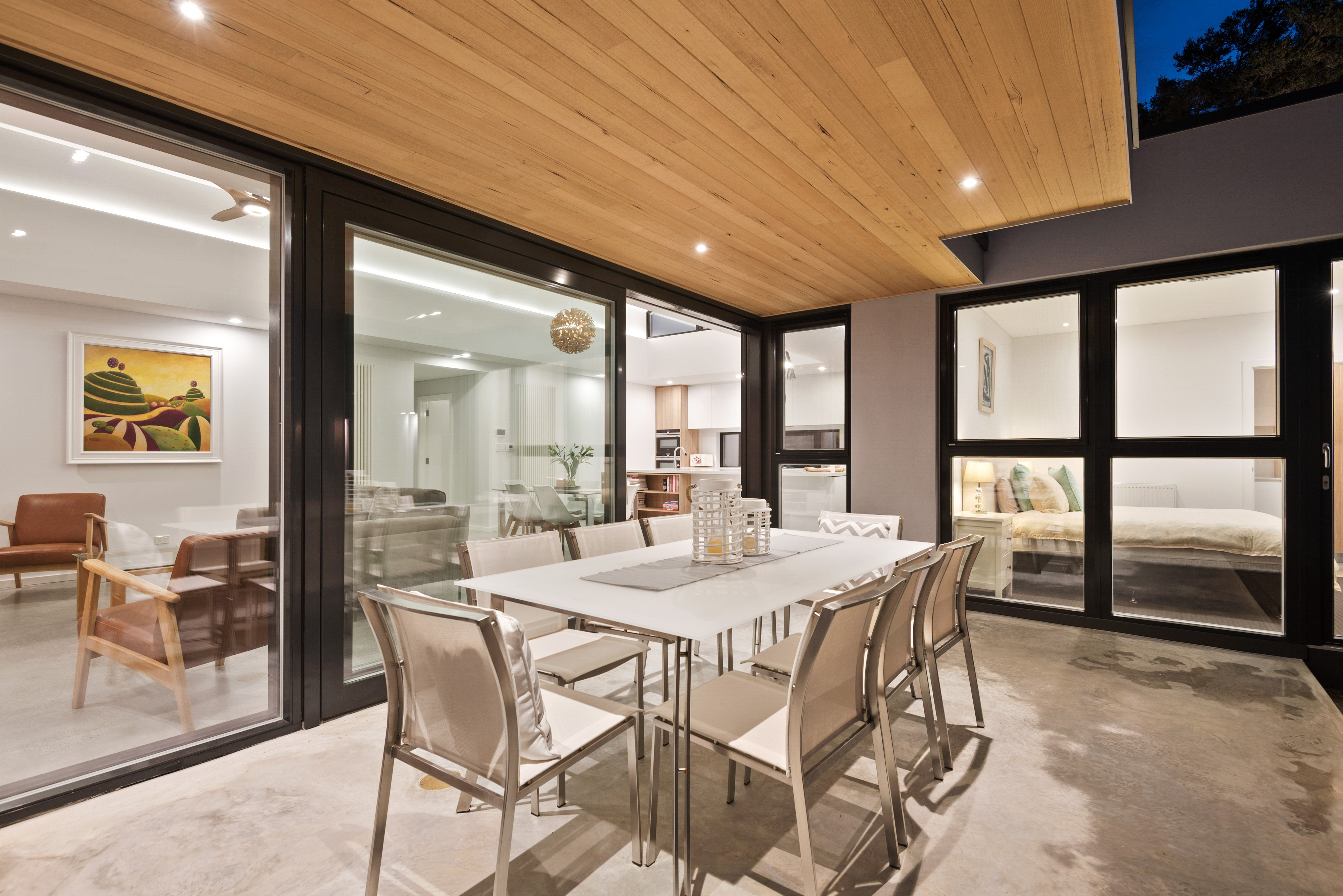 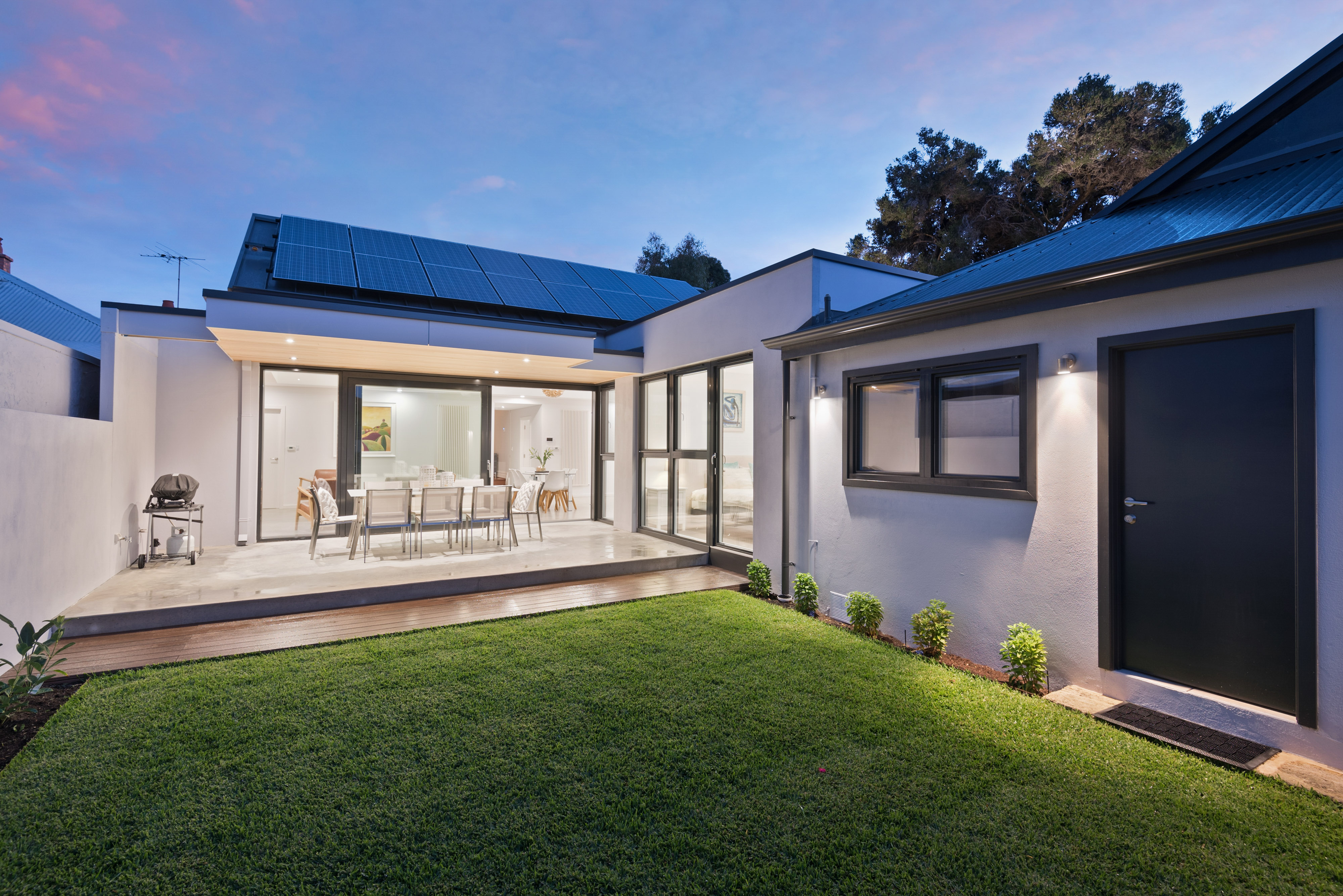 The solution was a new L-shaped addition, which protects the home from the side street while creating a private, north-facing refuge. A new alfresco area creates a seamless transition from the home to the garden. The addition links the home to the existing garage and enables the original south-facing rooms to be converted to bedrooms. Separating living from sleeping in such a way also helps to zone the house for heating and cooling, helping to save energy. 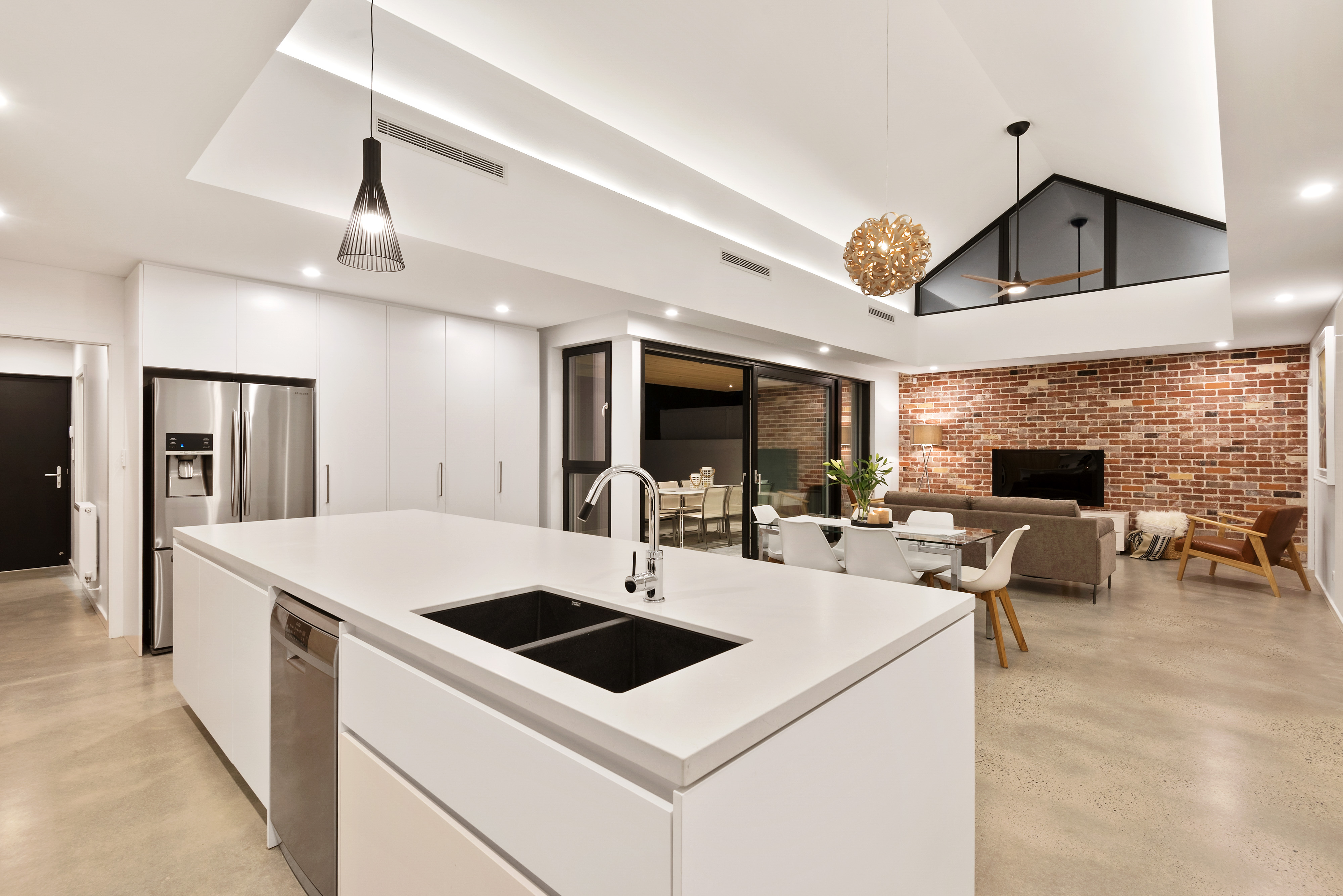 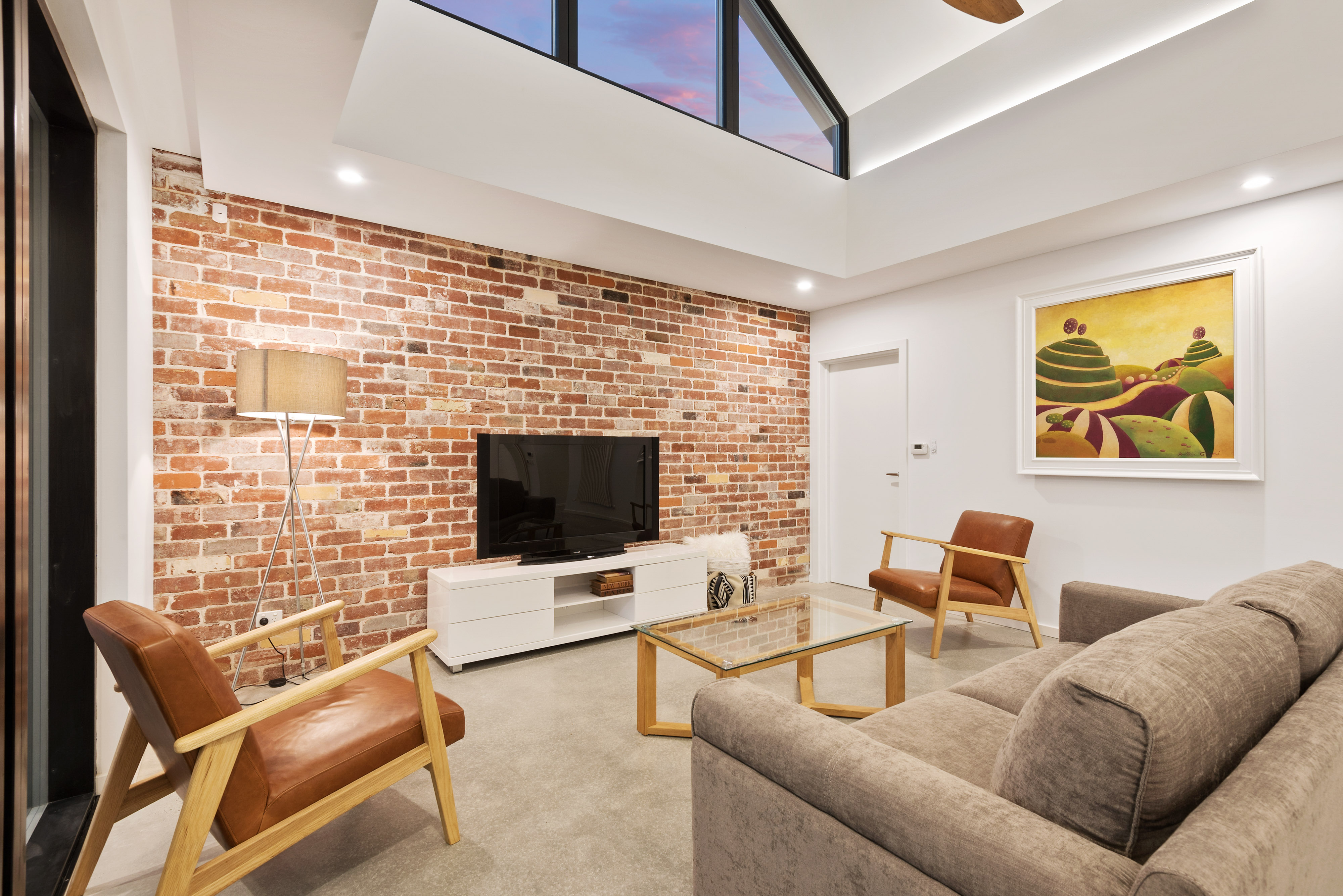 One challenge the architect faced while trying to achieve such an impressive star-rating was the lack of high-efficiency sustainability products available in Australia. Unfortunately, we still lag behind Europe on this front, which ultimately meant double and triple-glazed windows had to be imported from the UK to achieve the desired star-ratings. The architect also sourced a European hydronic heating system with cast radiators which are more in keeping with the history of the home. 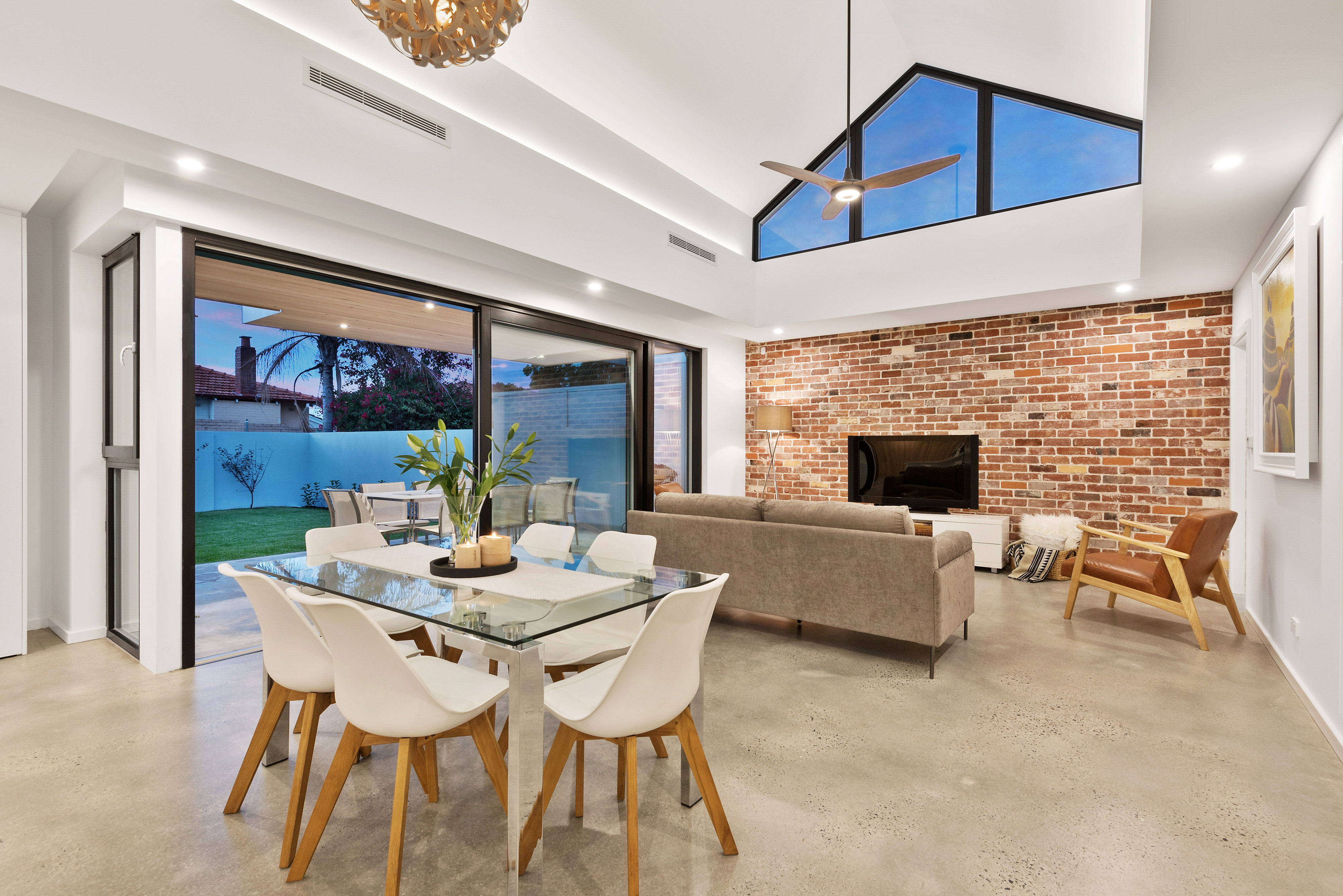 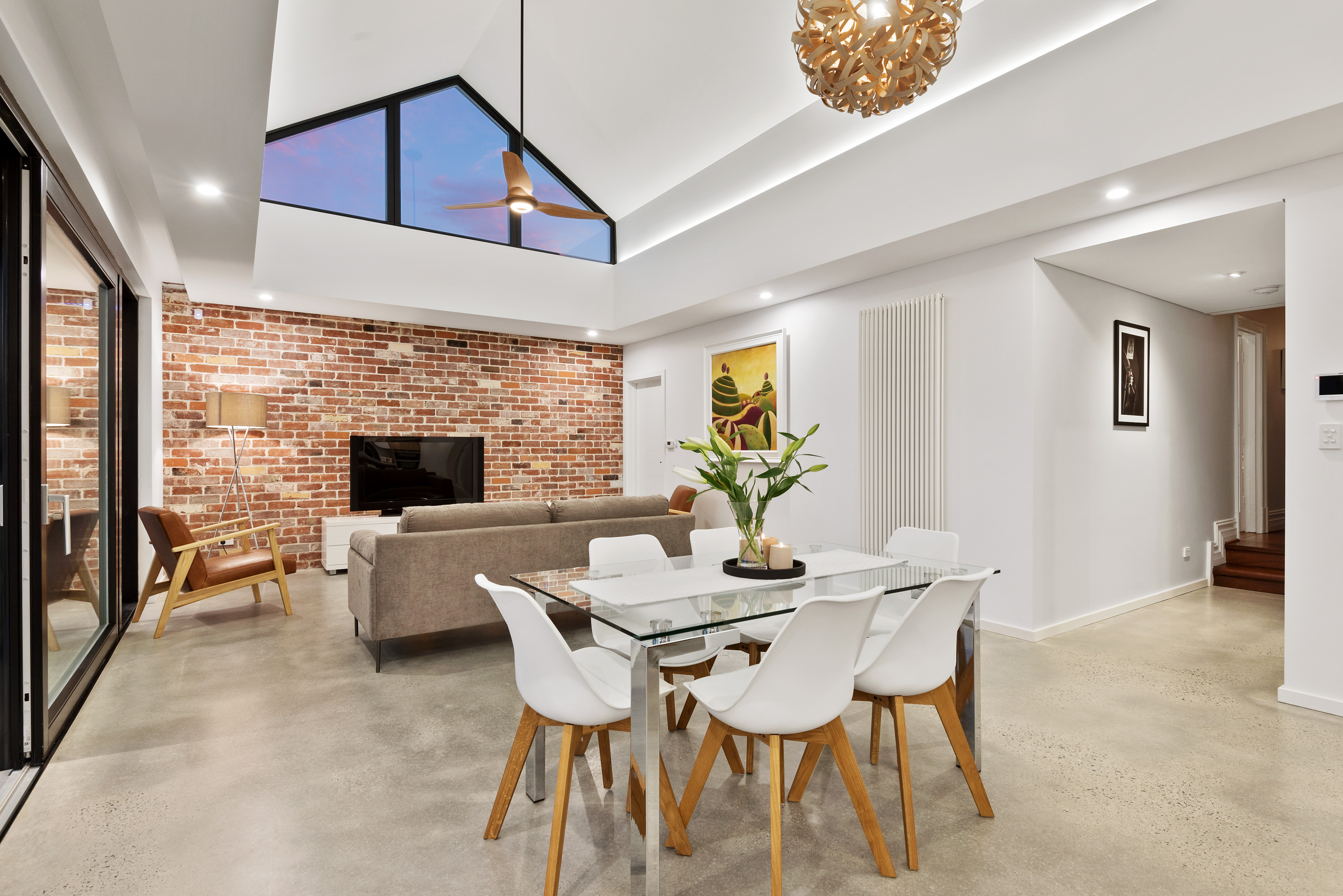 The real secret to the addition's success, however, is a dramatic vaulted ceiling. On one hand, this creates a generous sense of space in the new living areas, but it also serves an important practical purpose. Clerestory windows in the vault grab morning and afternoon light to naturally illuminate the home without sacrificing privacy to the street or the neighbouring home. The vault constructed with steel framing so there was no need for cross-bracing, leaving the ceiling clean and crisp. 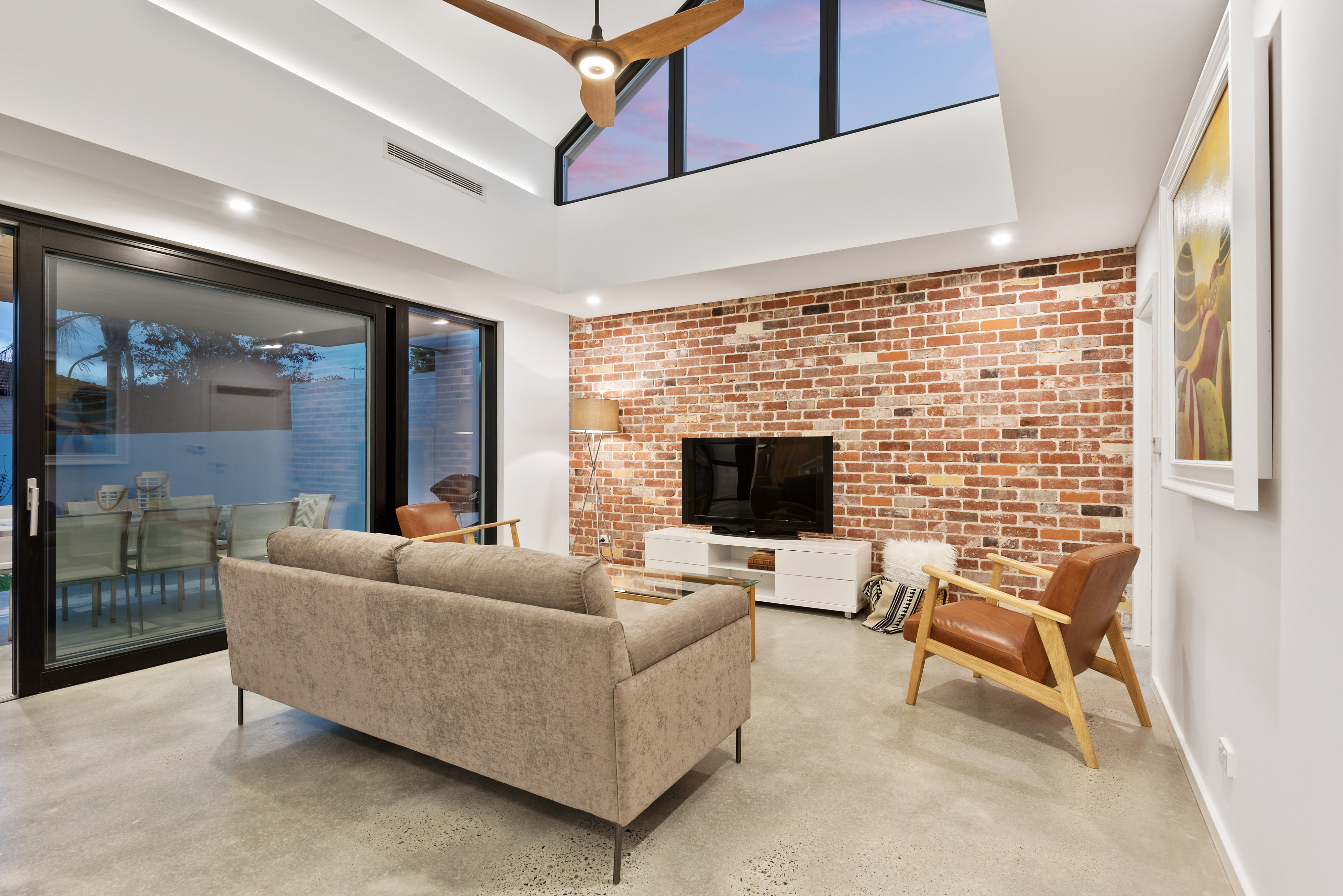 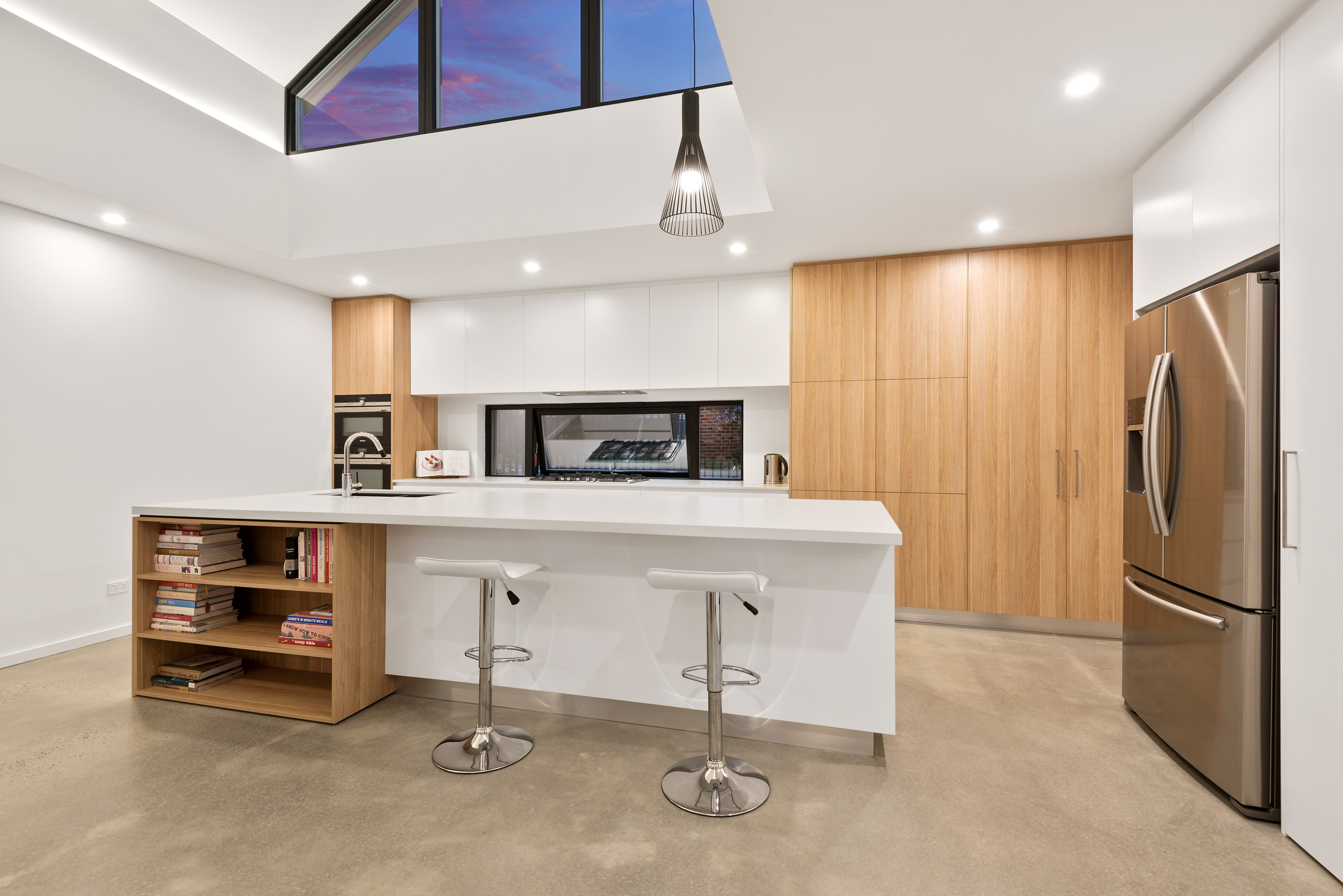 The hidden benefit of the vaulted ceiling is that it achieves the optimal pitch for a 6kW bank of solar panels. Combined with additional insulation and the thermal mass of the new, polished concrete floors and exposed brick, this home requires far less energy for heating and cooling than a typical home. 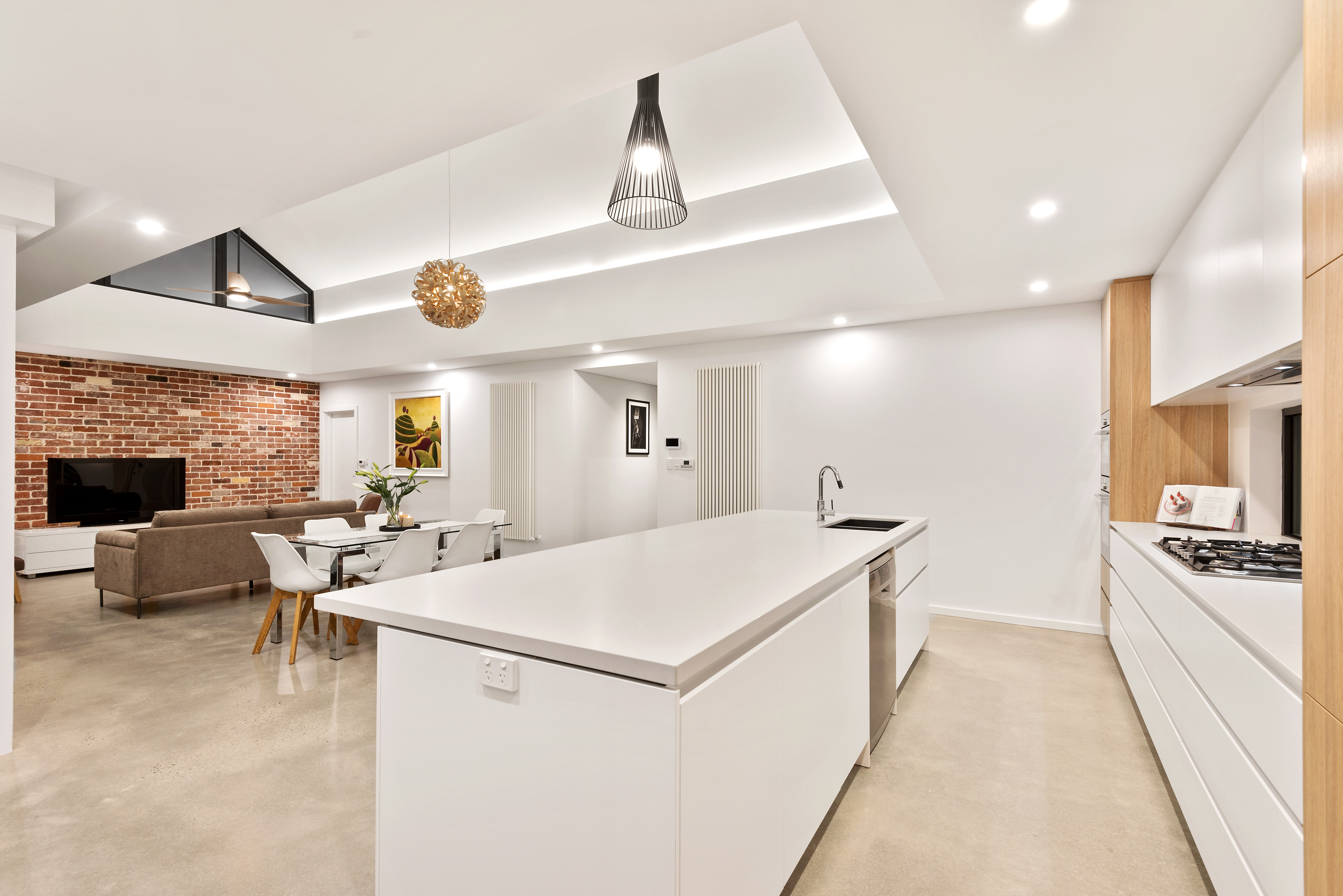 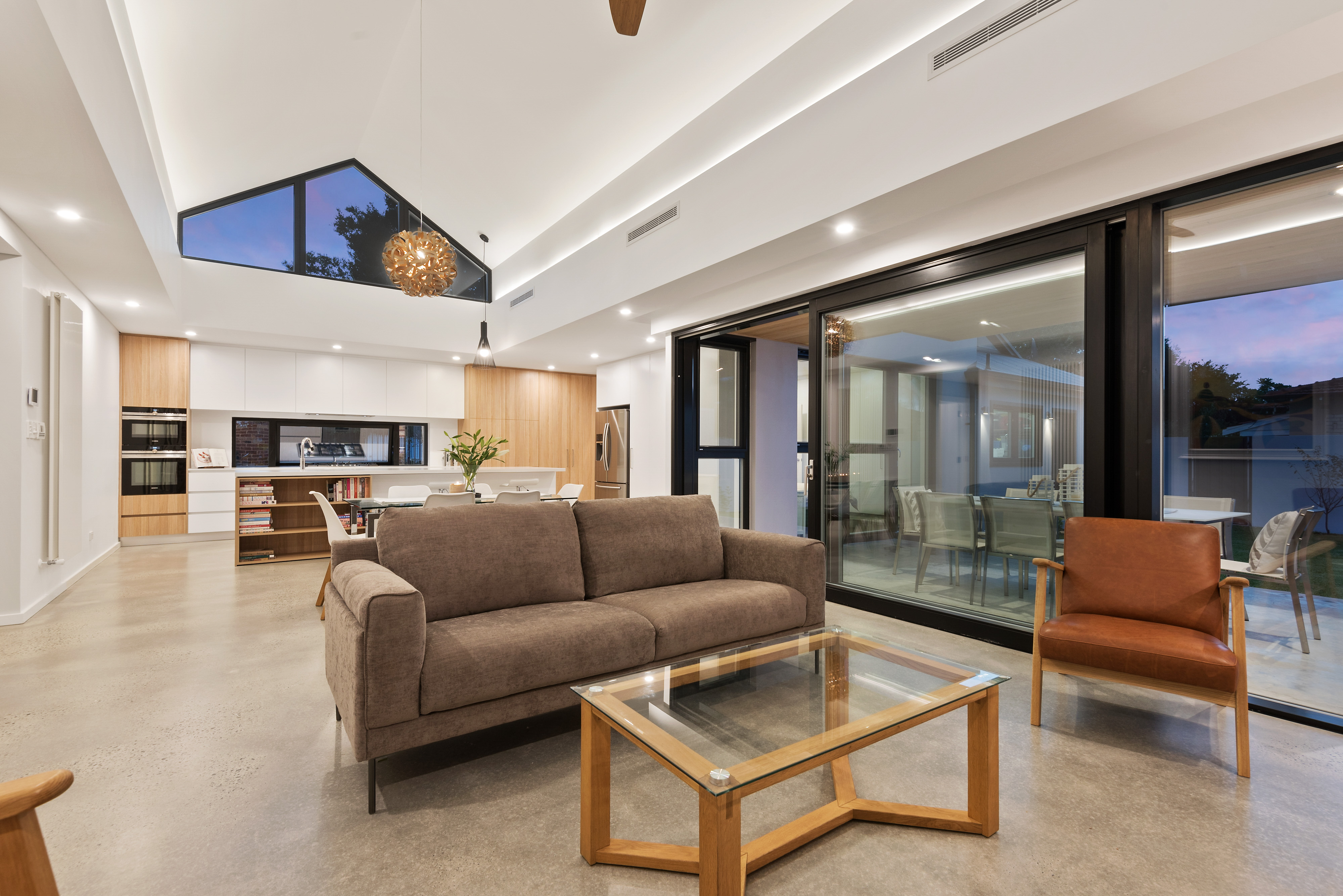 A carefully-planned lighting scheme utilises the vault to dramatic effect. Strip lighting directed up into the vault can be used to wash it with light, bouncing flattering diffused light around the room. Combined with pendant lights over the kitchen island bench and downlights over the kitchen and living area, this creates a versatile lighting scheme for every activity and mood. 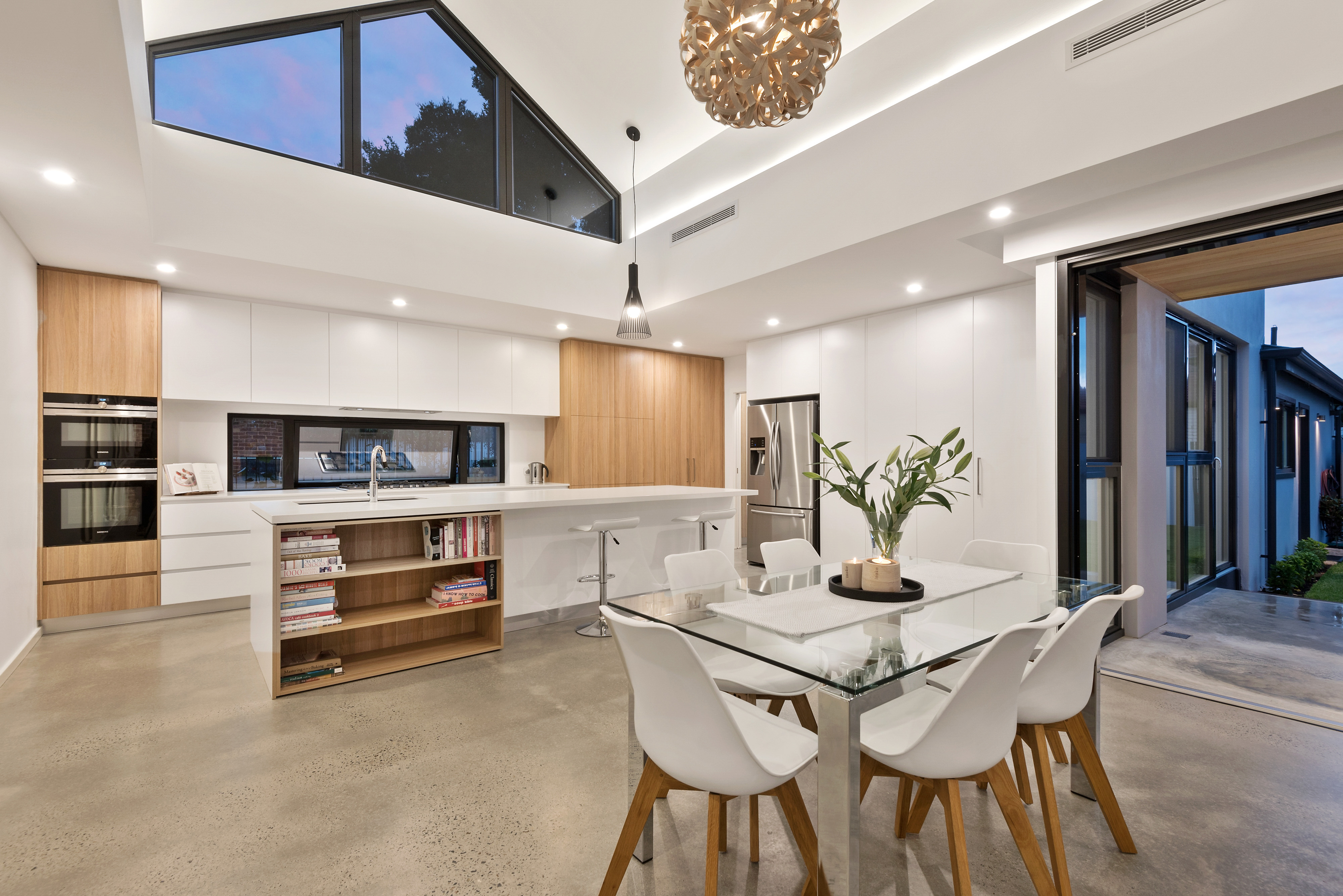 A strip window along the kitchen benchtop creates a view onto the street, improves ventilation, naturally illuminates the benchtop and increases the sense of space. Externally, it's covered with creepers to improve the sense of privacy and improve the outlook. 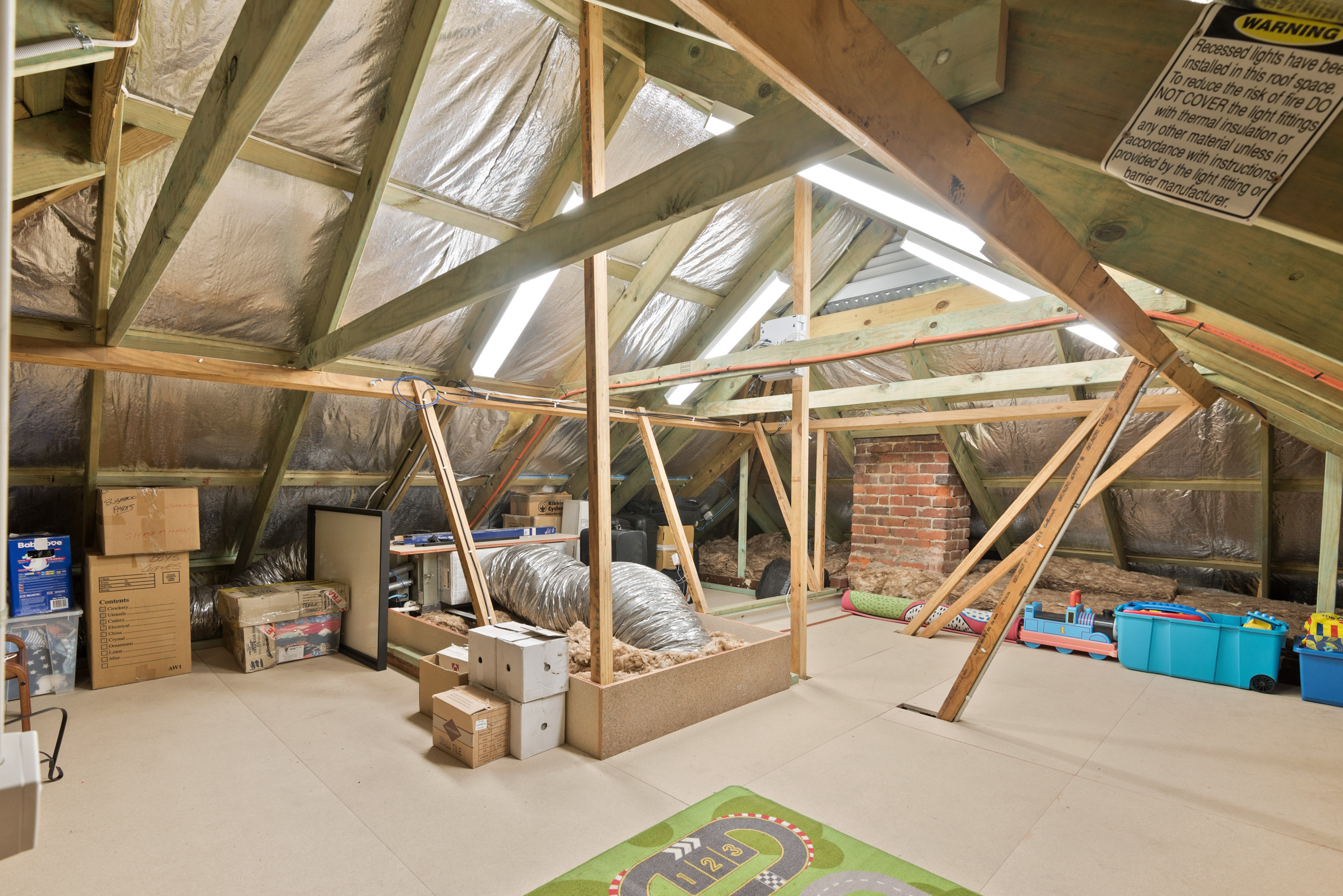 Even the attic has been converted for maximum efficiency. After the addition of extra insulation, the attic was converted into a functional storage space with access from one of the bedrooms. 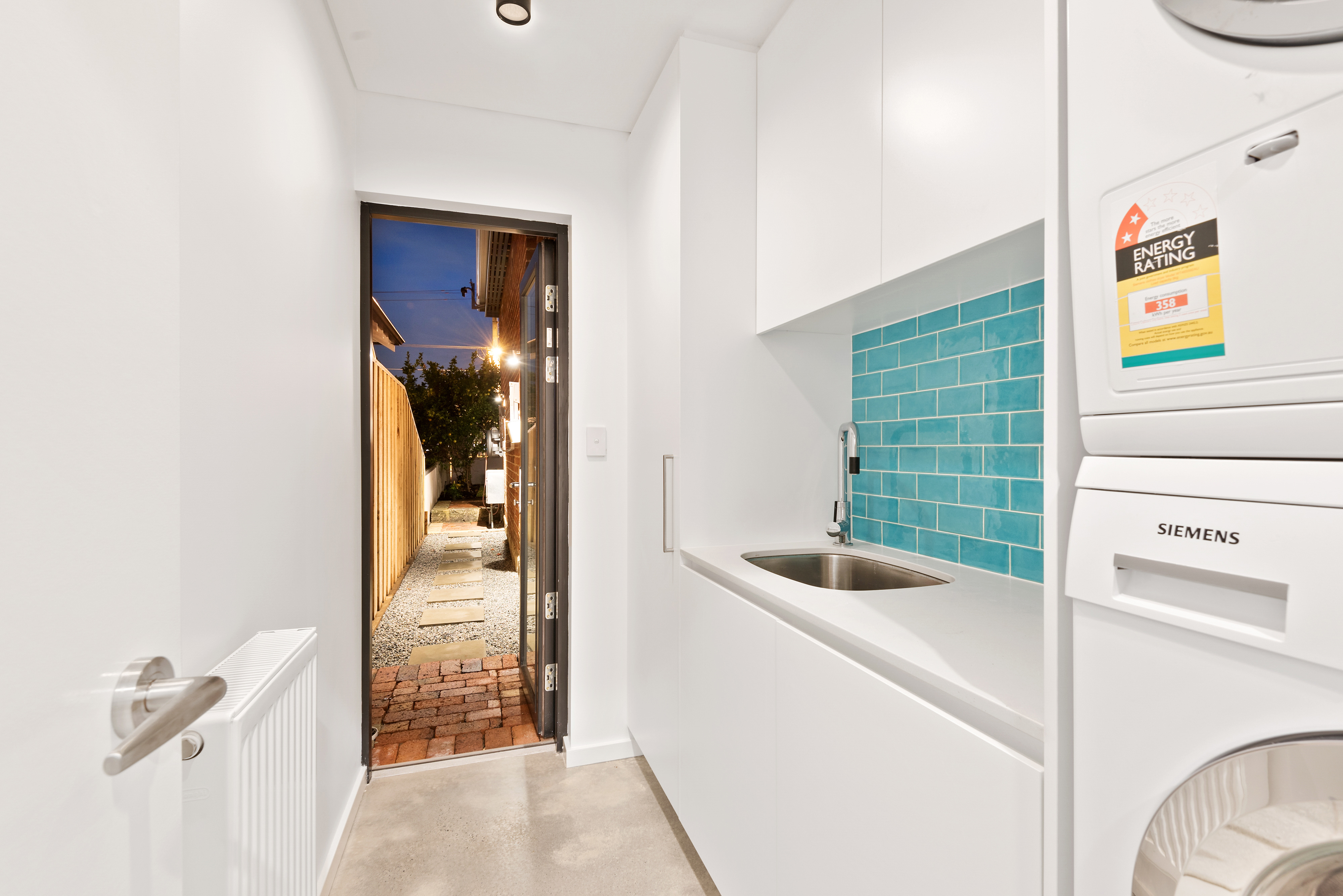 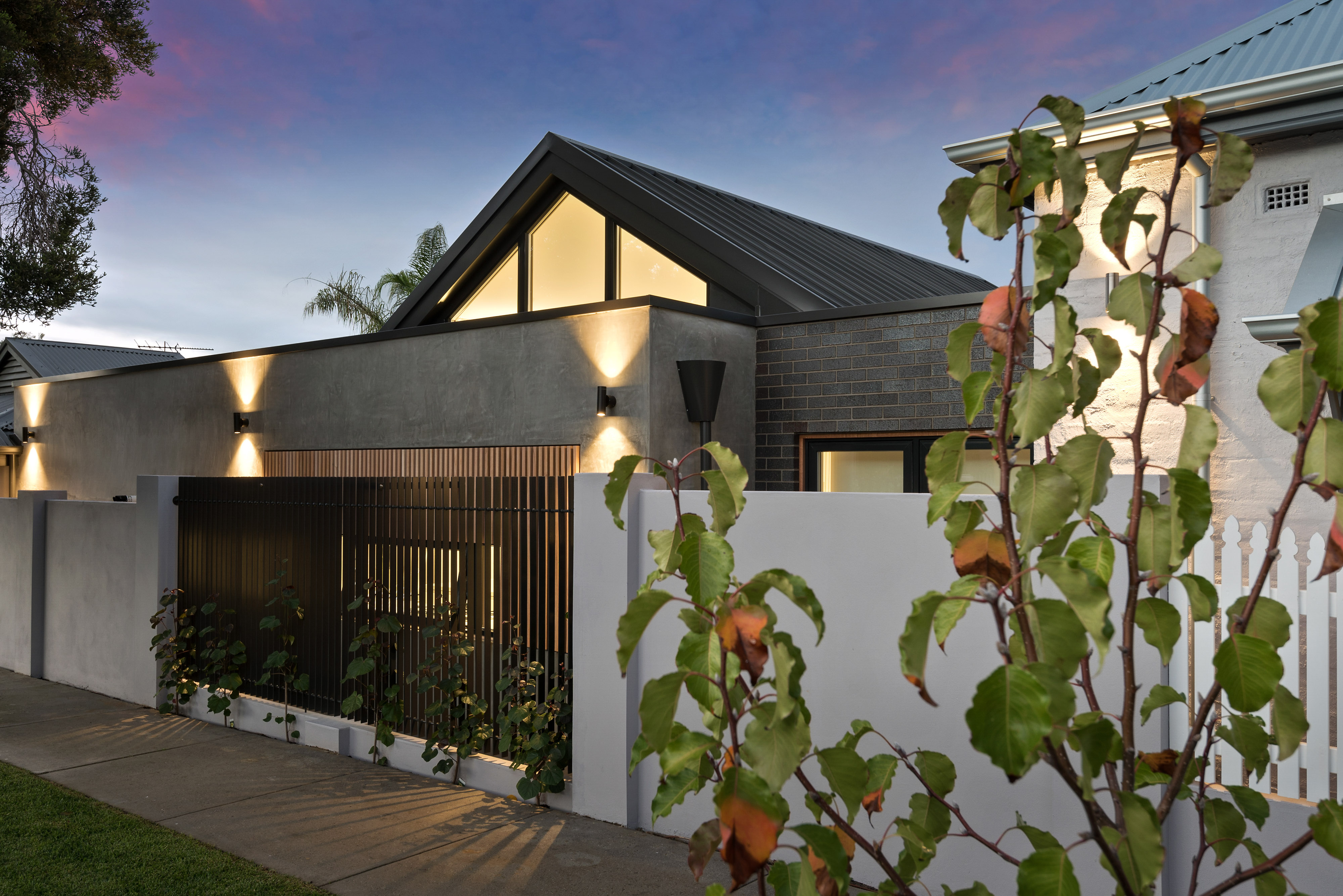 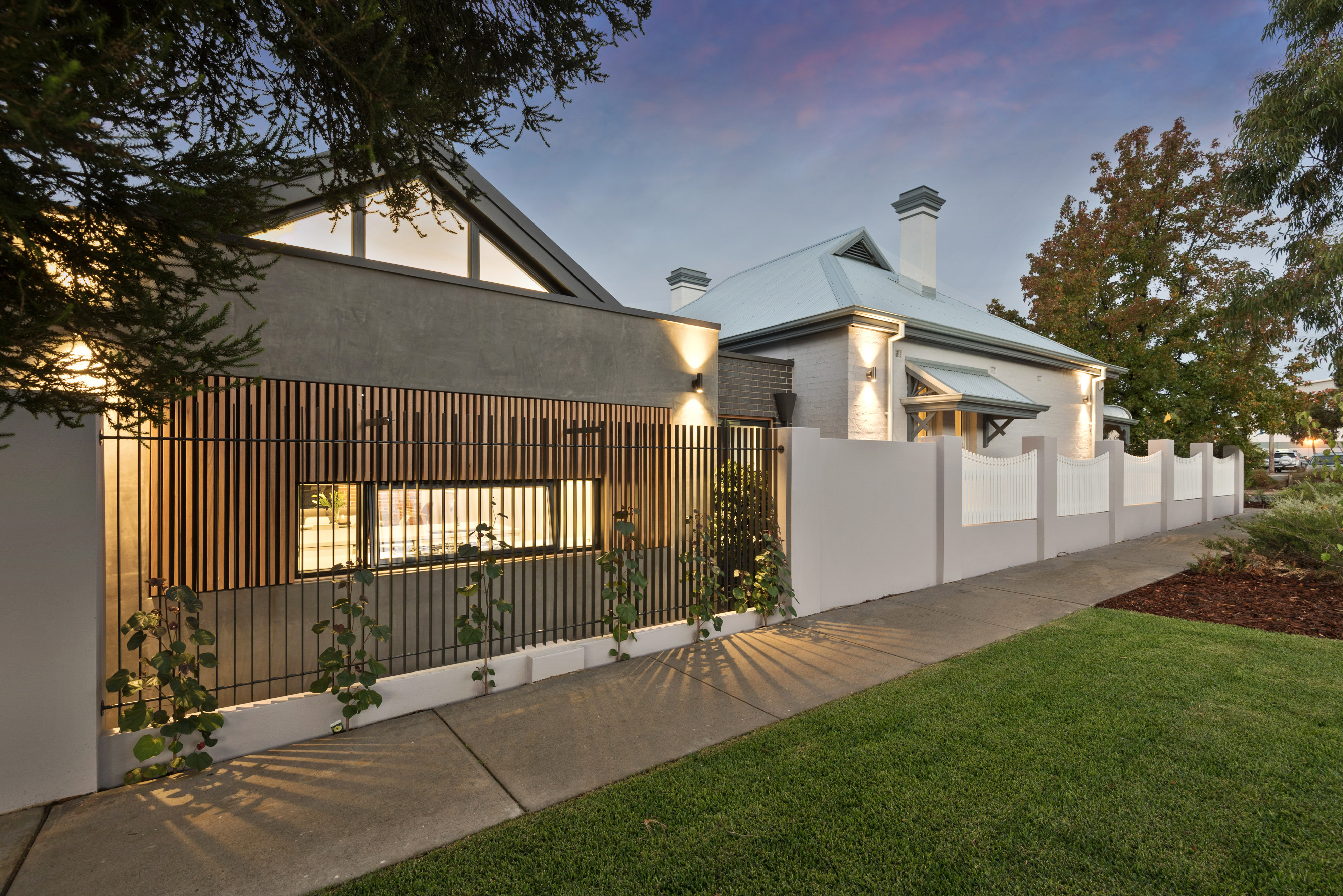 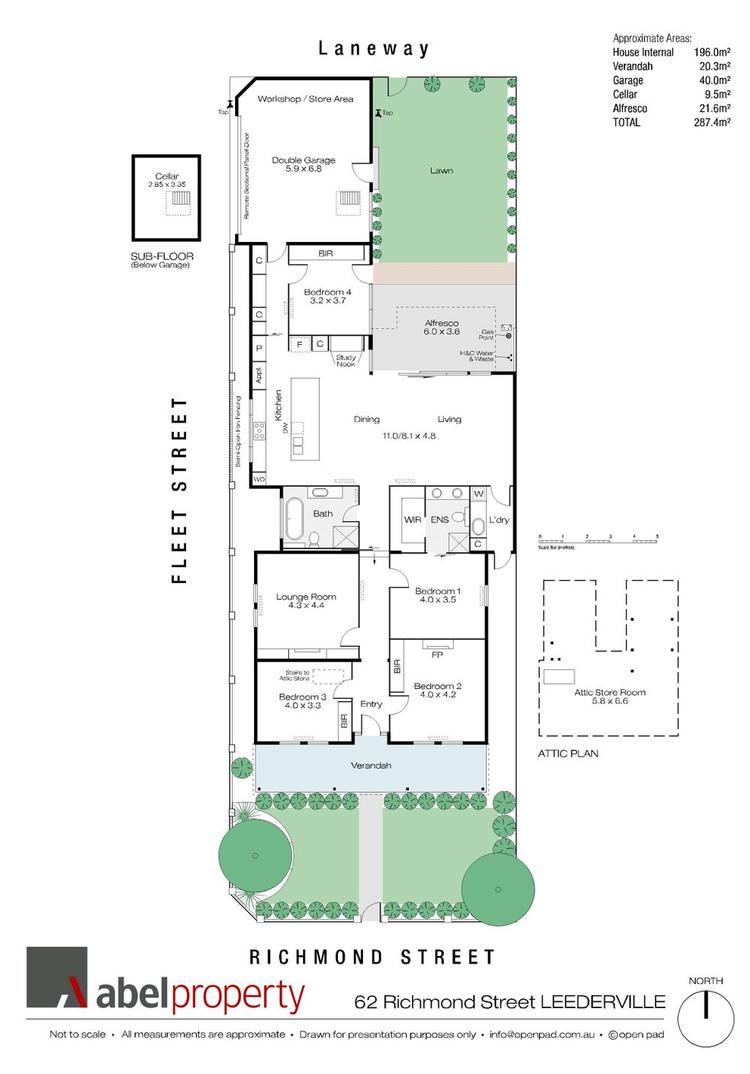