The site of Lloyd Holiday House is part of the coastal sand dunes of the extended Kapiti sea front. It contained an existing 1950s bach (a New Zealand term for a simple beach shack, pronounced like bachelor) on an elevated platform surrounded by dense bush. It's a picturesque setting but the original home could no longer host the multiple generations of family that converge on it during holiday season and missed the opportunity of views to the east. AtelierWorkshop's new bach takes advantage of the all the stunning views and provides some much needed space for the family… 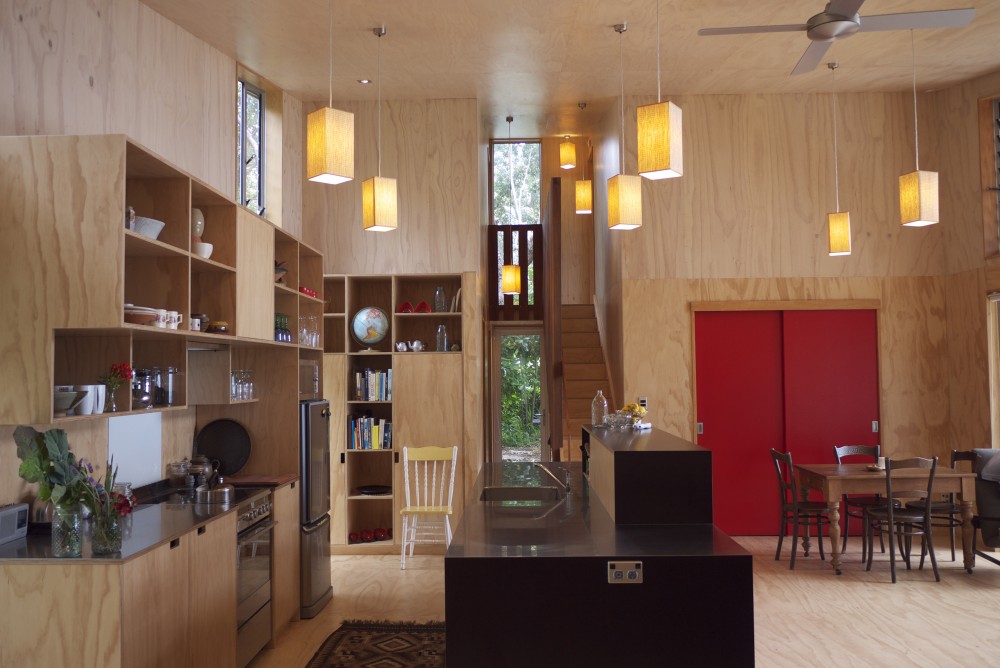 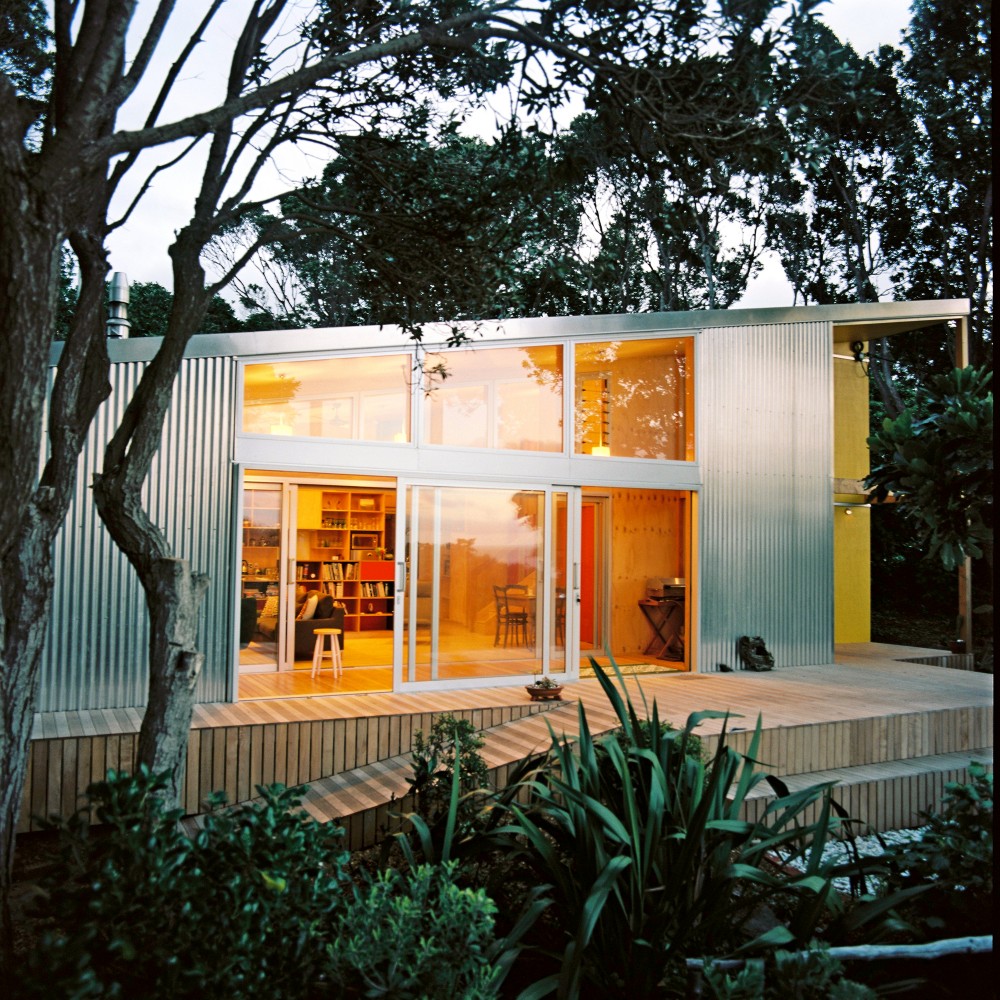 Whilst the original home had a single view overlooking Kapiti Island it did not take advantage of the Eastern vistas, especially the spectacle of the ever-changing light of Paekakariki Hill. The new bach is oriented towards the North for passive solar heating, but capitalises on views to the east thanks to the split level design. 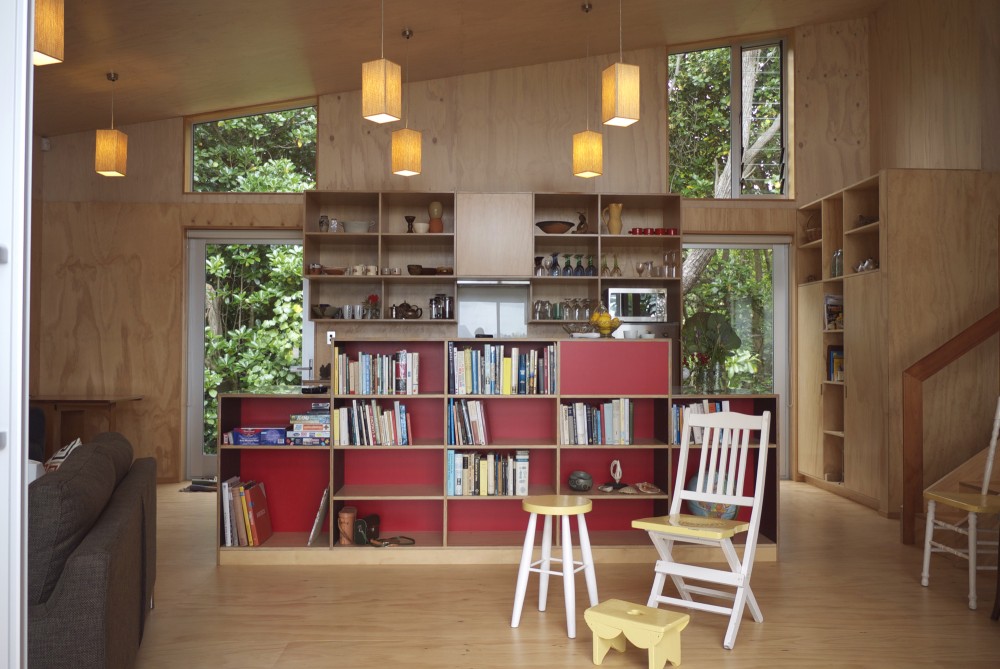 Atelierworkshop's had a number of priorities in the design of Lloyd House: 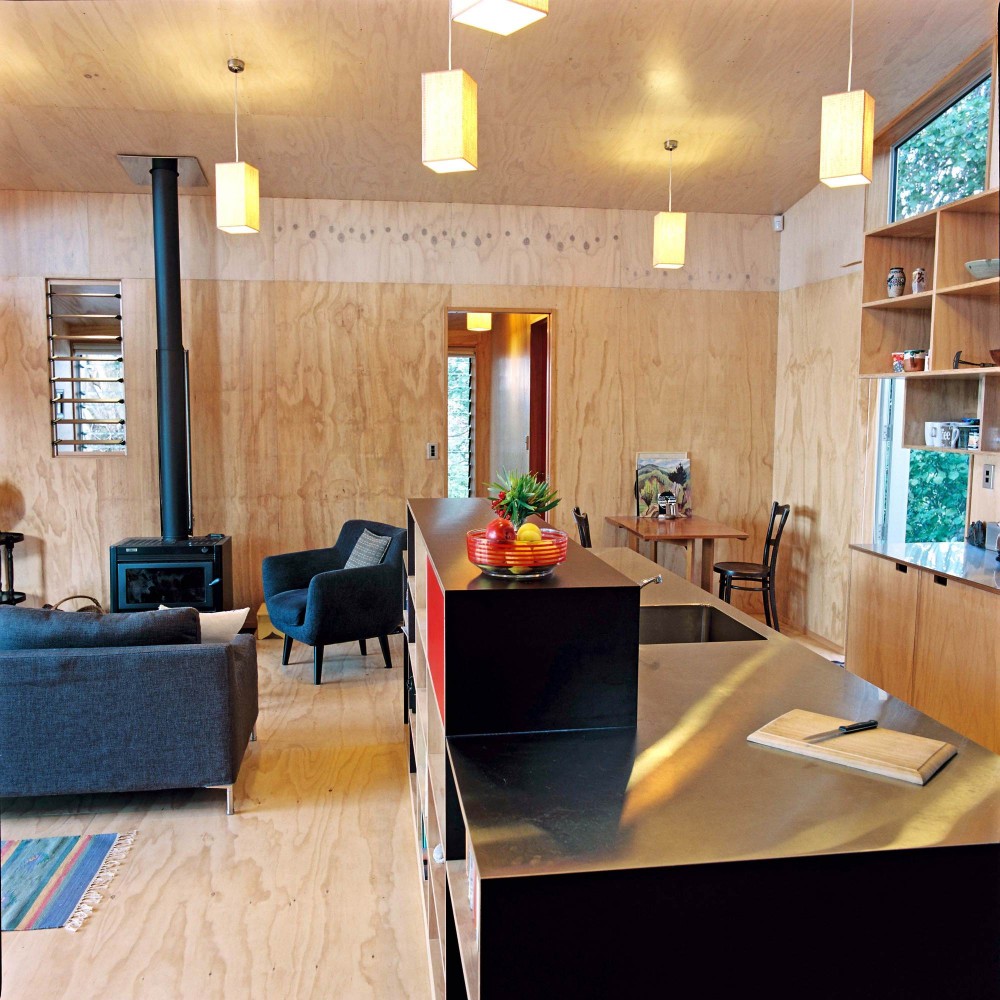 The architects created a simple volume oriented to the North, which sits upon an elevated platform similar to that of the previous bach. 'Nicks' were removed from the regular rectangular shape of the plan to accommodate the mature trees that have helped define the site for so long. 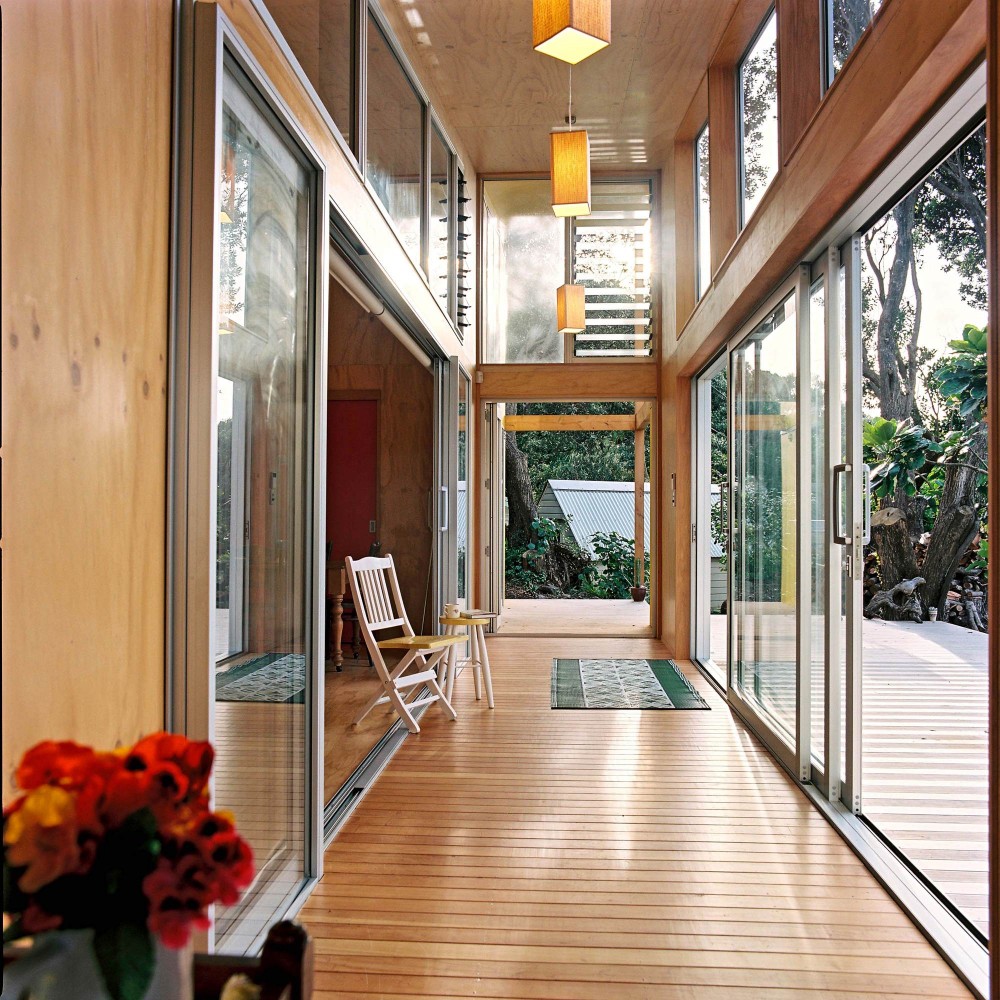 An enclosed verandah space was created with a two-fold purpose:

This in between space also creates a middle ground between the distant scene of Kapiti Island and the main living area. 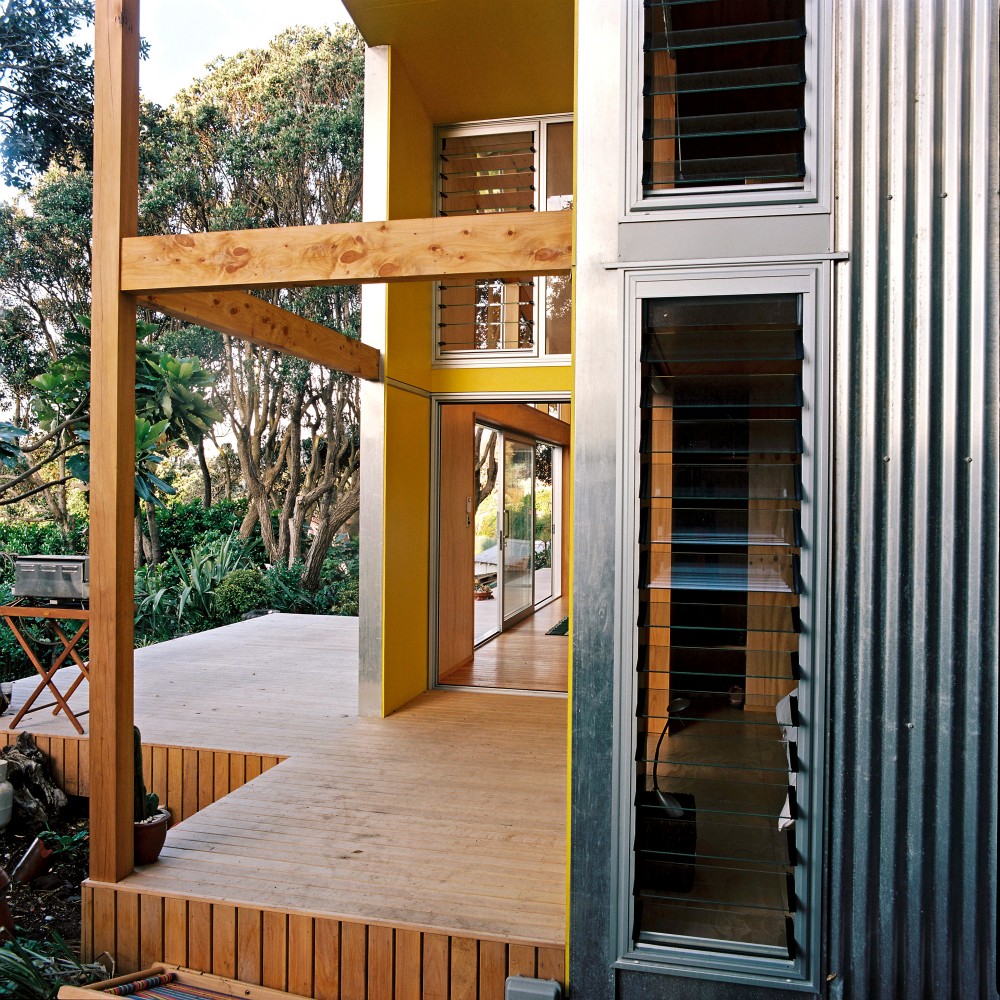 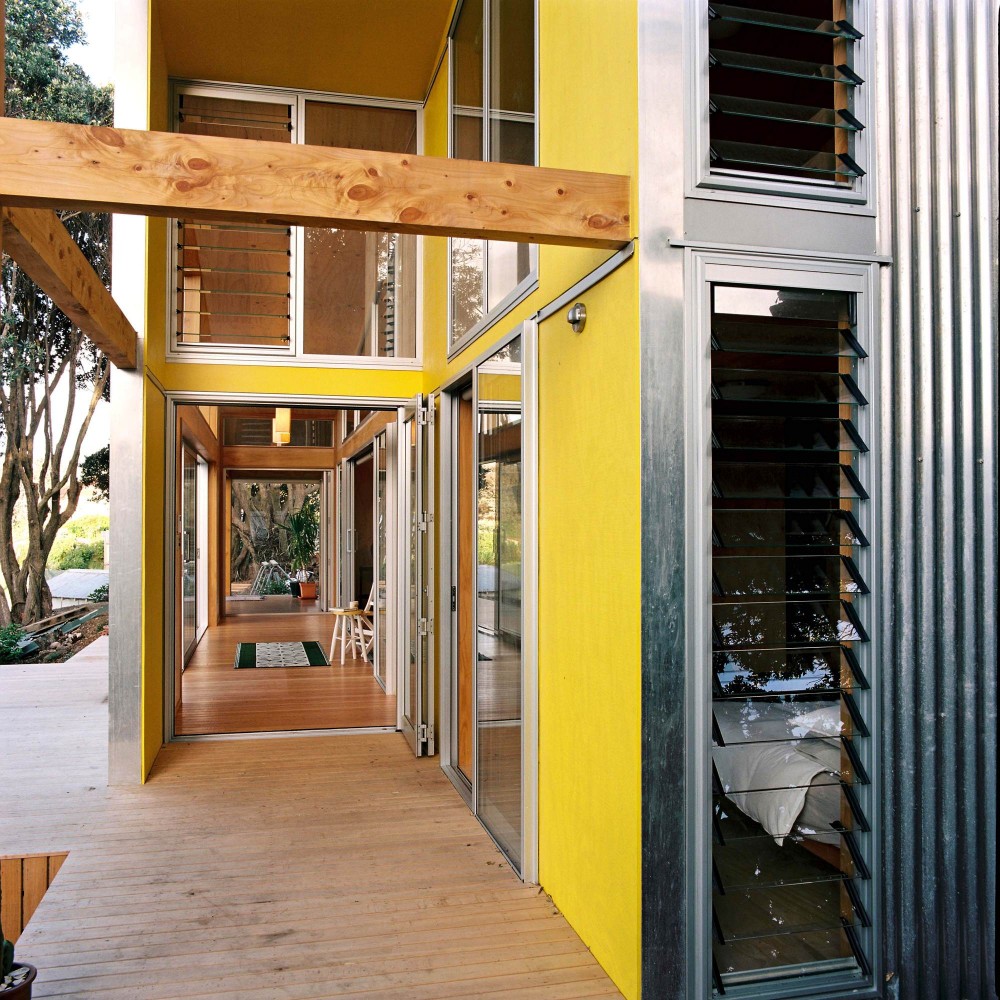 A raw palette of materials is used that create a bach that sits discreetly within the bush, retaining the sense of isolation for the family within this delightful site. 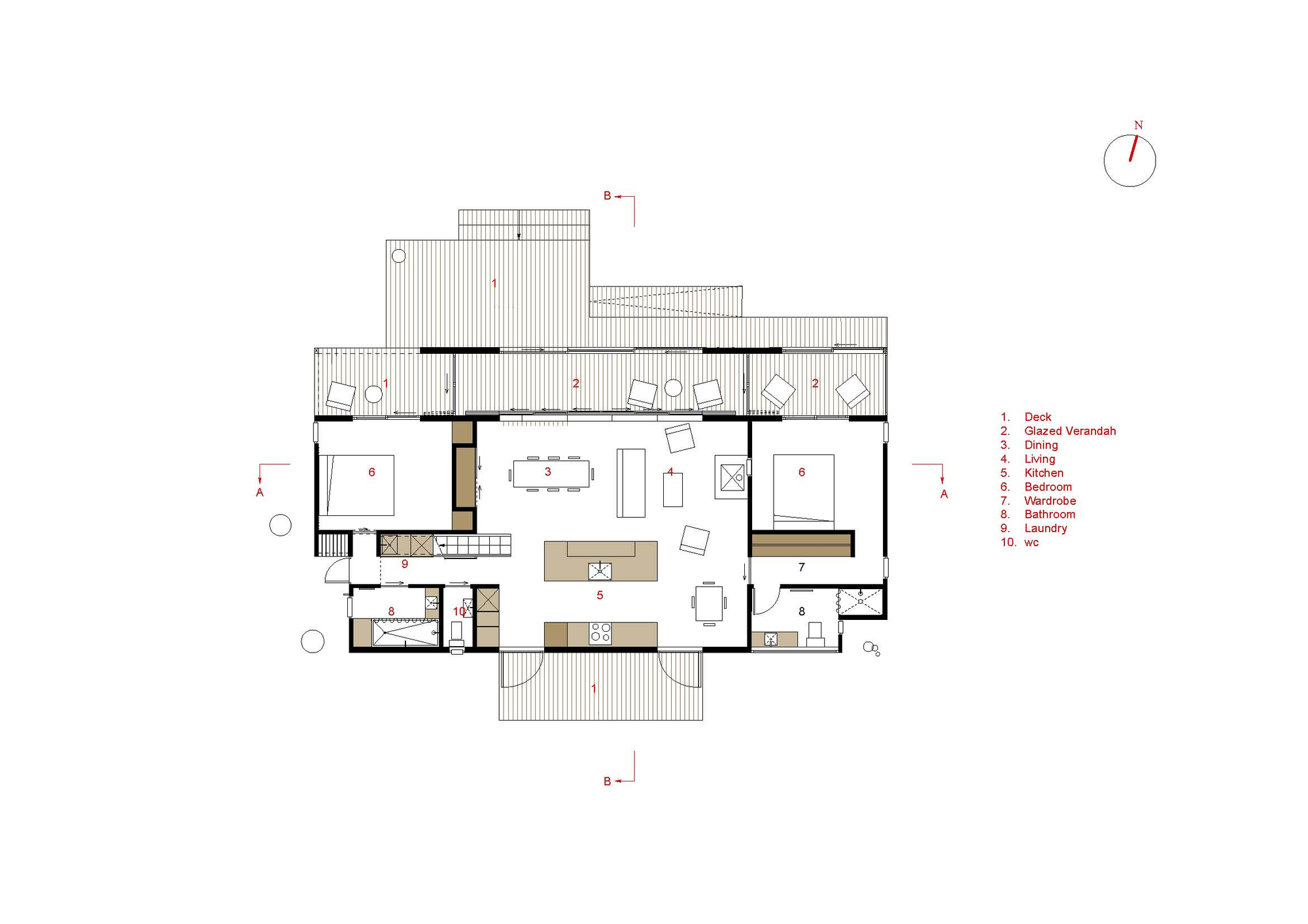 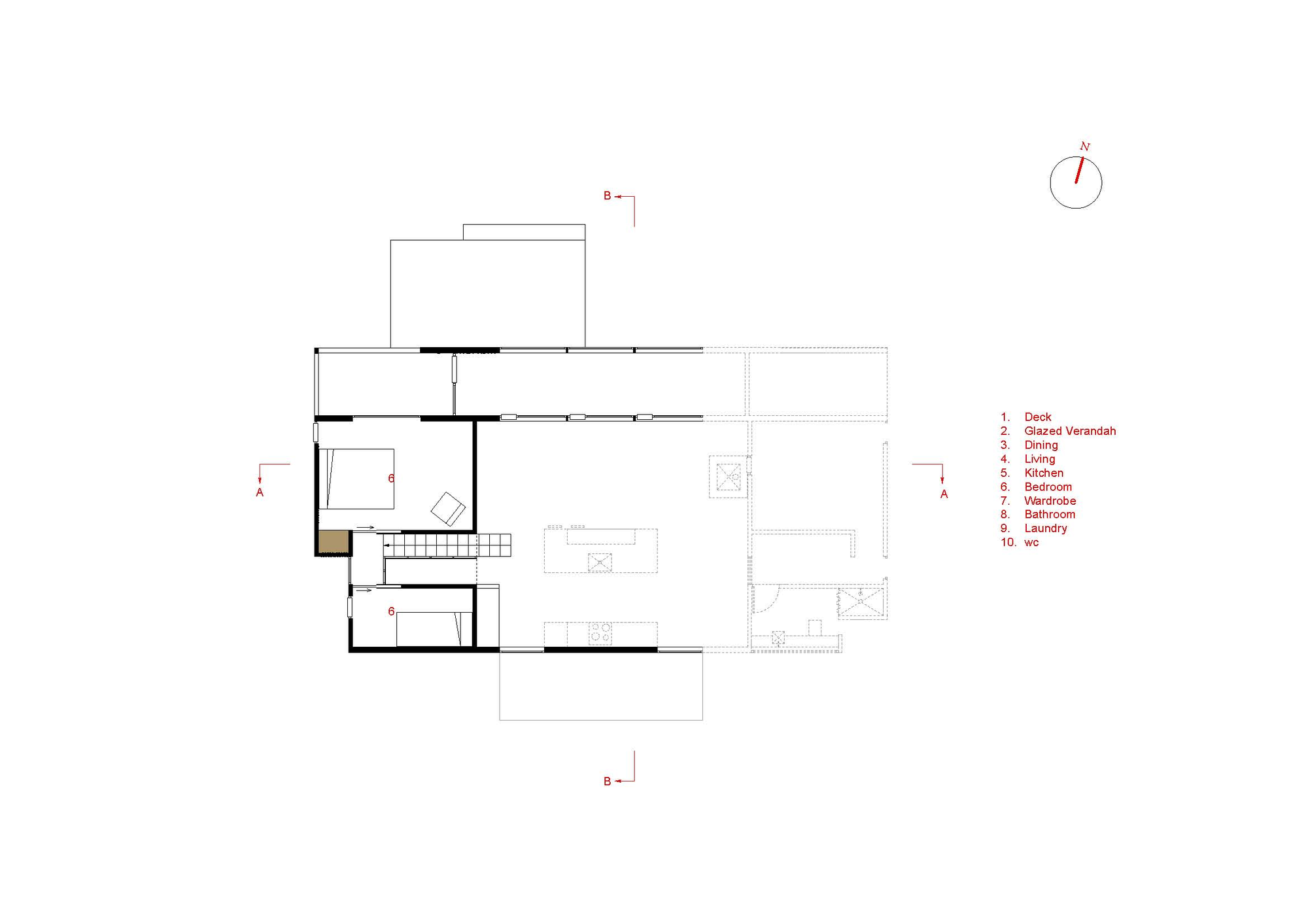