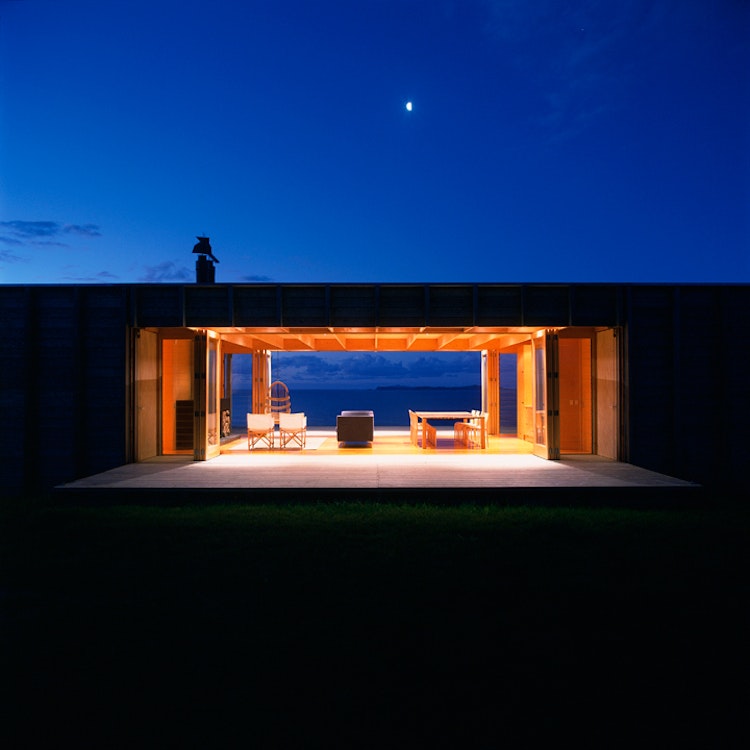 Let's travel to New Zealand for a while… In the land of one trillion, fourteen billion, three hundred and ninety-six thousand, four hundred and sixty-three sheep (give or take), there's a whole new vocabulary we need to learn. Firstly, there's a 'Chilly Bin' otherwise known as an Esky or an Ice Chest. And if you're beginning to feel like your new New Zealander friends swear as often as a shipload of irate sailors, relax. New Zealanders pronounce all of their vowels differently. They're probably just saying 'Six', 'Deck' and 'Sheet'.

Maybe you'll hear the word Bach (pronounced, I'm told, like Bachelor) thrown around? A Bach is a small scale beach retreat — like a holiday shack or cabin. It's usually only occupied for the summer months and is almost guaranteed to be in a spectacular beachside location (it's hard to find unattractive places in NZ). We love Bachs at Lunchbox Architect because they are back to basics shelters — all you need for a relaxing mini-vac at the beach. You'll find they're usually built from affordable, but hard-wearing materials that are in keeping with their low-fi spirit and the tradition of affordable beach-side holiday homes in NZ. Fibre cement, corrugated iron and plywood are staples of Bach-itecture.

Bachs will usually follow a basic, but functional plan, with living areas opening up to the outdoors (and those killer views), while a combination of bedrooms and make-shift sleeping spaces can cater for just a couple or a whole mini-van full of family and friends.

If you're craving a beach holiday, then be sure to take a look at some of the incredible Bachs we've featured. Once you see some of the modern Bachs we feature, you'll fall in love with their beautiful simplicity.

Check out some of the Bach projects featured on Lunchbox Architect

Field Way Bach by Parsonson Architects
Featured Project A Beachside Bach is Updated Without Losing its Sense of Place With a fun colour scheme, humble materials and nooks to while away the day, Field Way Bach reminds us of back-to-basics beach holidays.

Coromandel Bach by Crosson Clarke Carnachan Architects
Featured Project Coromandel Bach: Beach House (Literally) Opens to the View Coromandel Bach was conceived as a container sitting lightly on the land for habitation. A 'bach' is a New Zealand term for a simple holiday shack.

Venus Bay Bach by MRTN Architects
Featured Project Venus Bay Bach: It's a Piece of New Zealand on the Australian Coast, Bro! Venus Bay Bach is a beach home built on a tight budget, but spacious enough to house family and friends for the weekend. And it doesn't ignore the views...

Whangapoua by Crosson Clarke Carnachan Architects
Featured Project Sled House: A House You Can Relocate With a Tractor? Sled House sits in two sleds making relocating it with a tractor a cinch. The whole area is within a coastal erosion zone; All structures must be removable.

Port-a-Bach by AtelierWorkshop
Featured Project Port-a-Bach: A Portable Teeny Tiny Shipping Container Home This 'Bach' - a New Zealand term for a small holiday shack - is built inside a shipping container. It's a self-contained, portable, and fun retreat for a family of four.

Shoal Bay Bach by Parsonson Architects
Featured Project Shoal Bay Bach Sits Comfortably Beside a Rugged Historic Woolshed Shoal Bay Bach is an unpretentious home where you can kick off your shoes and not worry about walking sand through the house.

Waikanae House by Parsonson Architects
Featured Project Waikanae House is a Modern Fibro Shack that Captures the Views With panels of fibro coloured to match the surrounding area, this 'dune-hopper' home feels modern but relevant to its seaside locale…