Timms Bach (pronounched like 'Bachelor') is a beach shelter for summer holidays on Kaitoke Beach, Great Barrier Island off Auckland, New Zealand by Herbst Architects. A combination of materials in their raw state and a humble aesthetic make this New Zealand beach bach simply stunning. 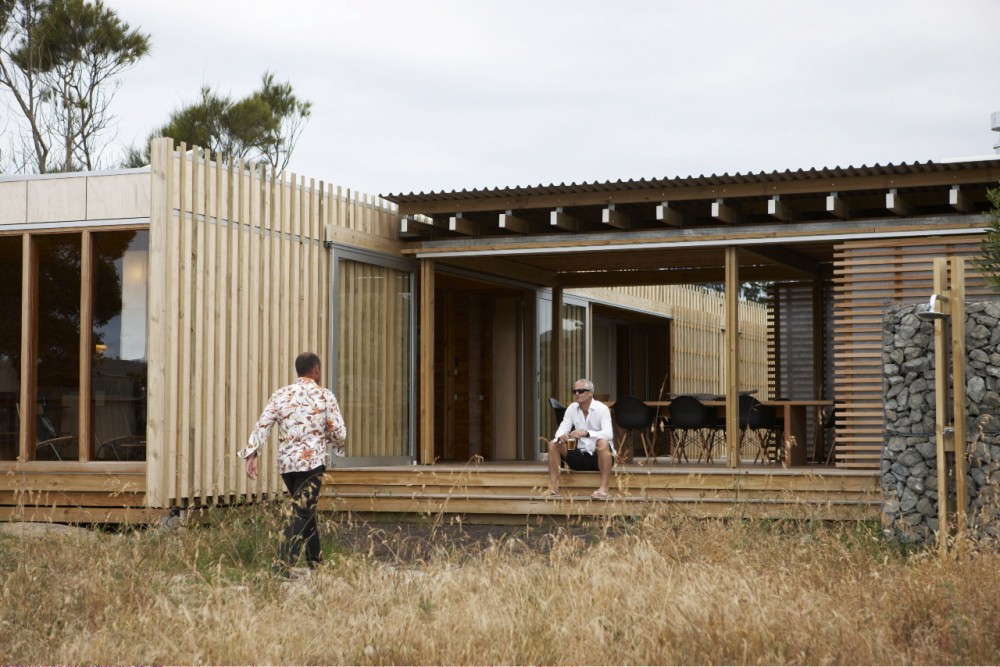 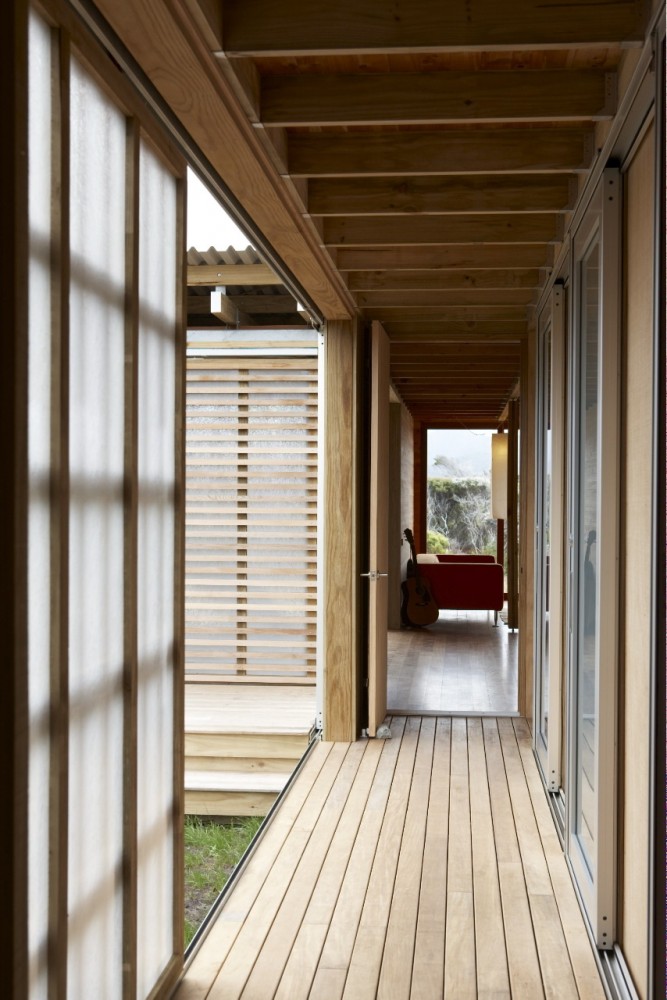 The site is small and narrow at 16x52 metres and set back from the beach amongst a number of similar sites strung on either side of a dead end access road. The building is made up of three primary elements - a wall, a “container”, and the negative space between them. 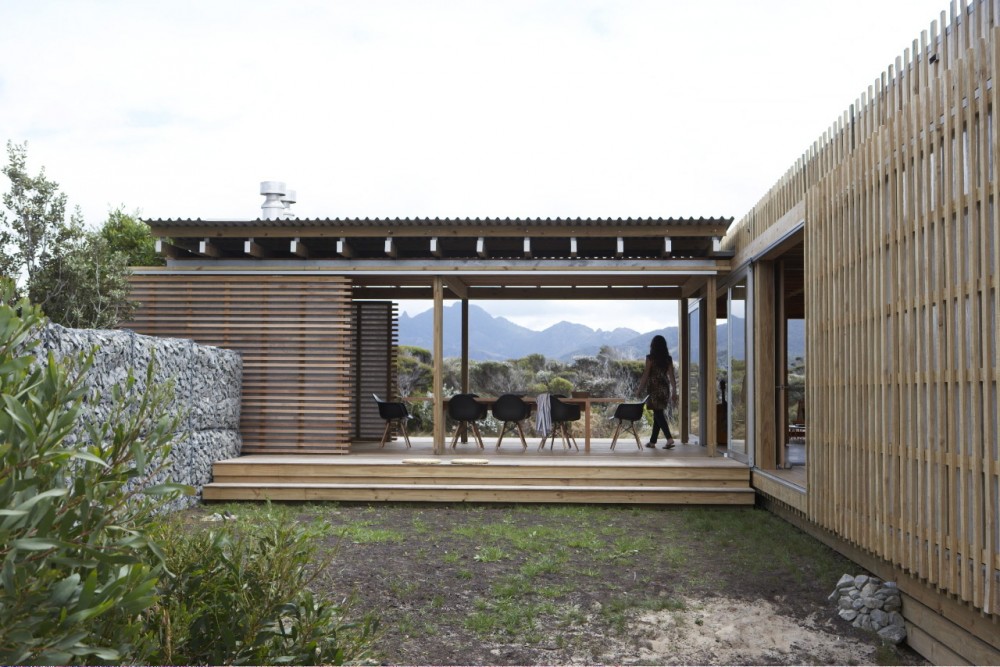 Dealing with the Neighbours

To deal with very proximate neighbouring buildings along both long boundaries, the functions that require complete weather protection; the bedrooms and bathroom, kitchen and lounge and the boat garage, are grouped into a long container like structure and positioned along the eastern boundary. 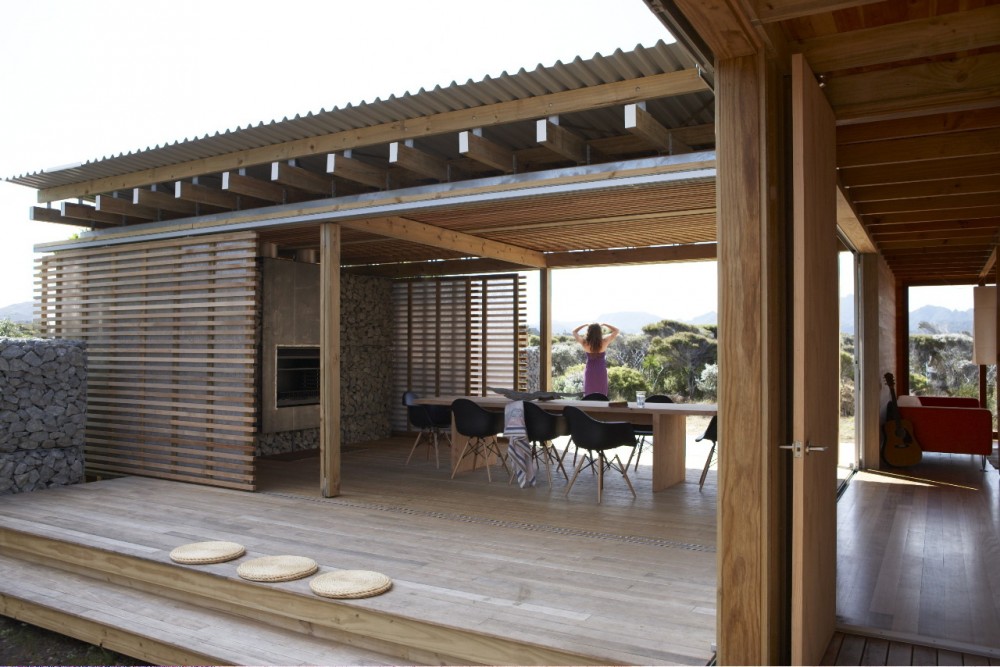 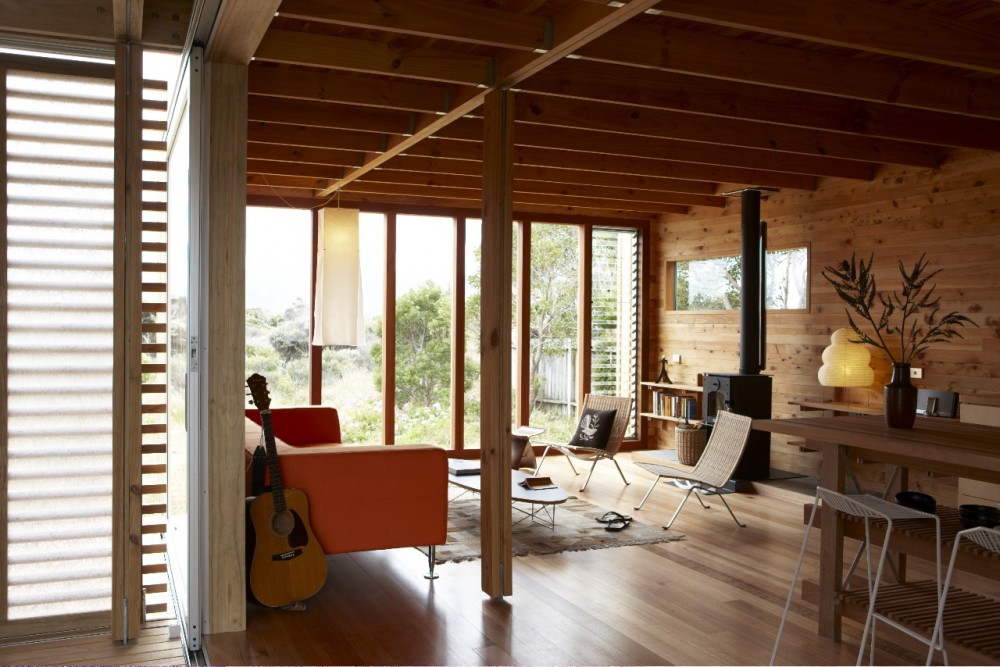 On the western boundary a gabion wall made of stone from a local quarry defines the edge. 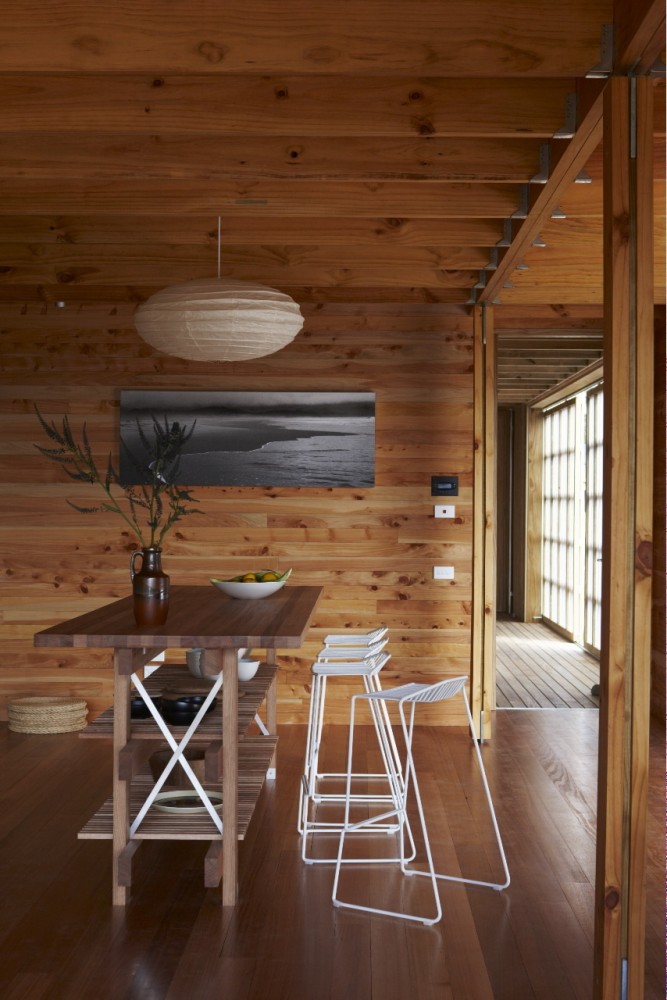 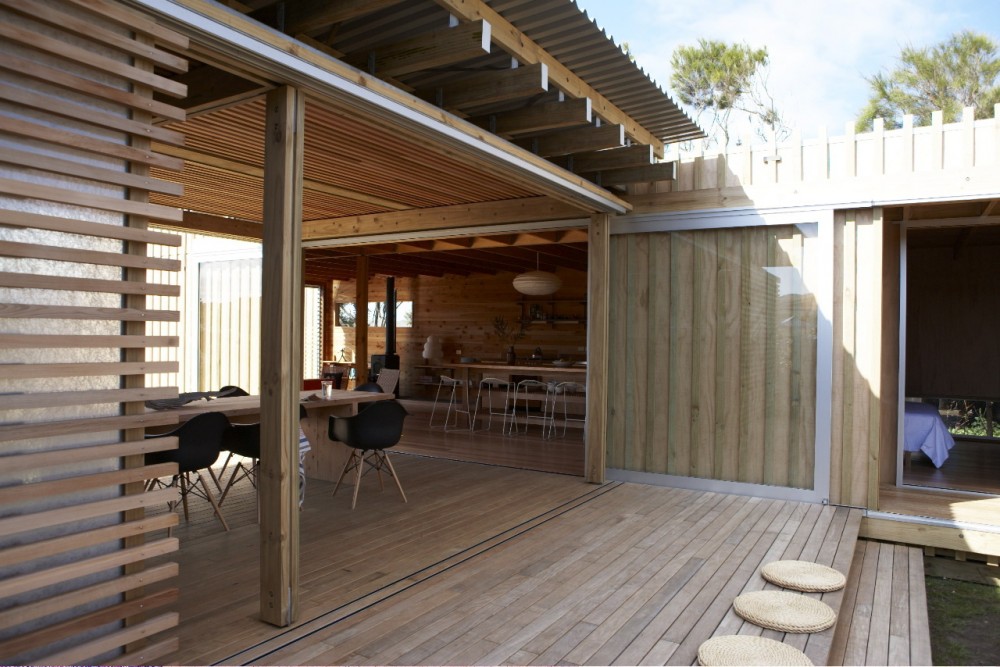 Turning a 'Negative' into a Positive

The two positive elements are then connected by a roof structure which defines the pivotal negative space between, the covered living deck. 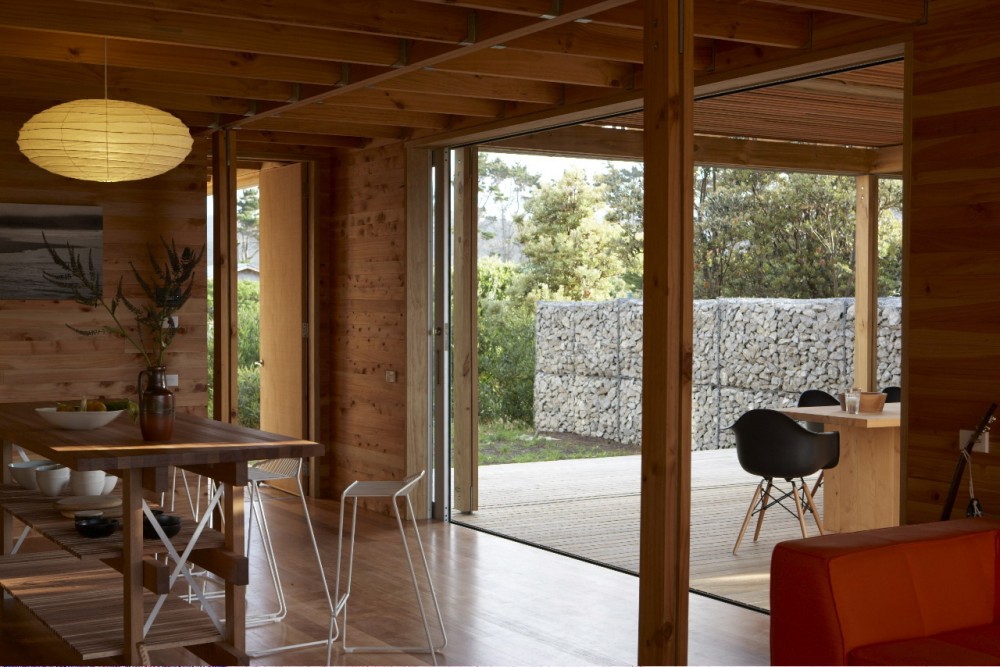 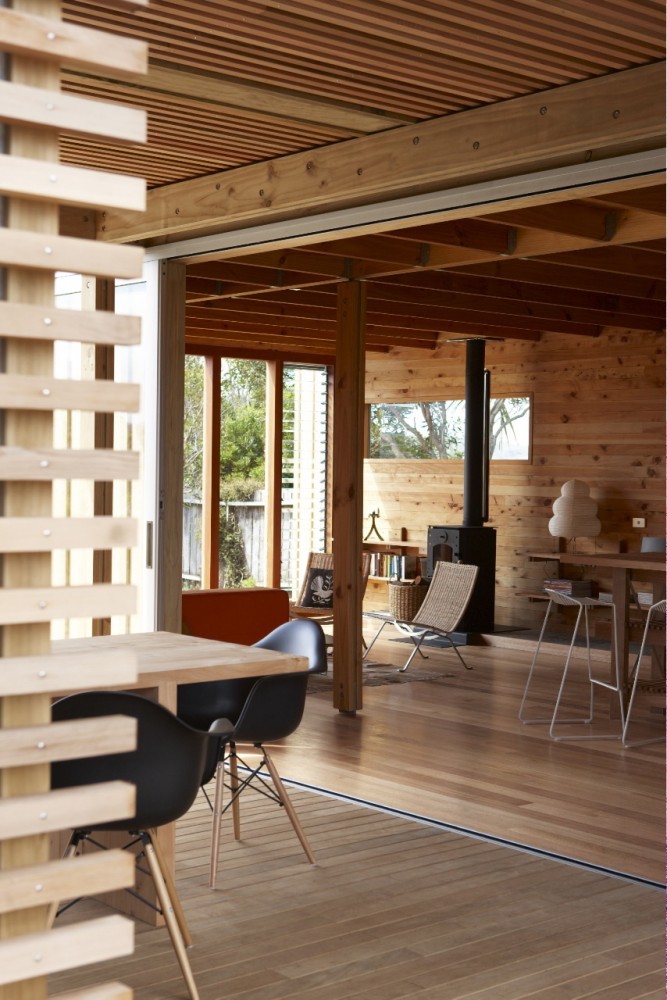 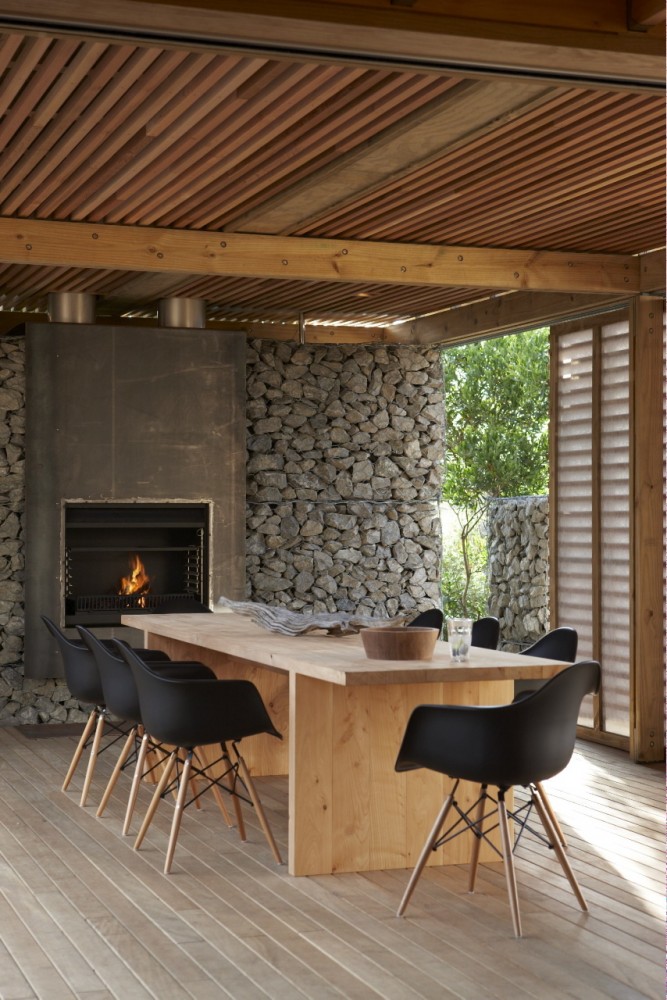 Protection From the Elements

The gabion wall anchors the light structure and holds the negative space while the container peels open to connect the kitchen to the covered deck. Retractable screen walls on the north and south faces of the living deck allow selective editing out of the prevailing winds which blow from either the South-West or North-East. 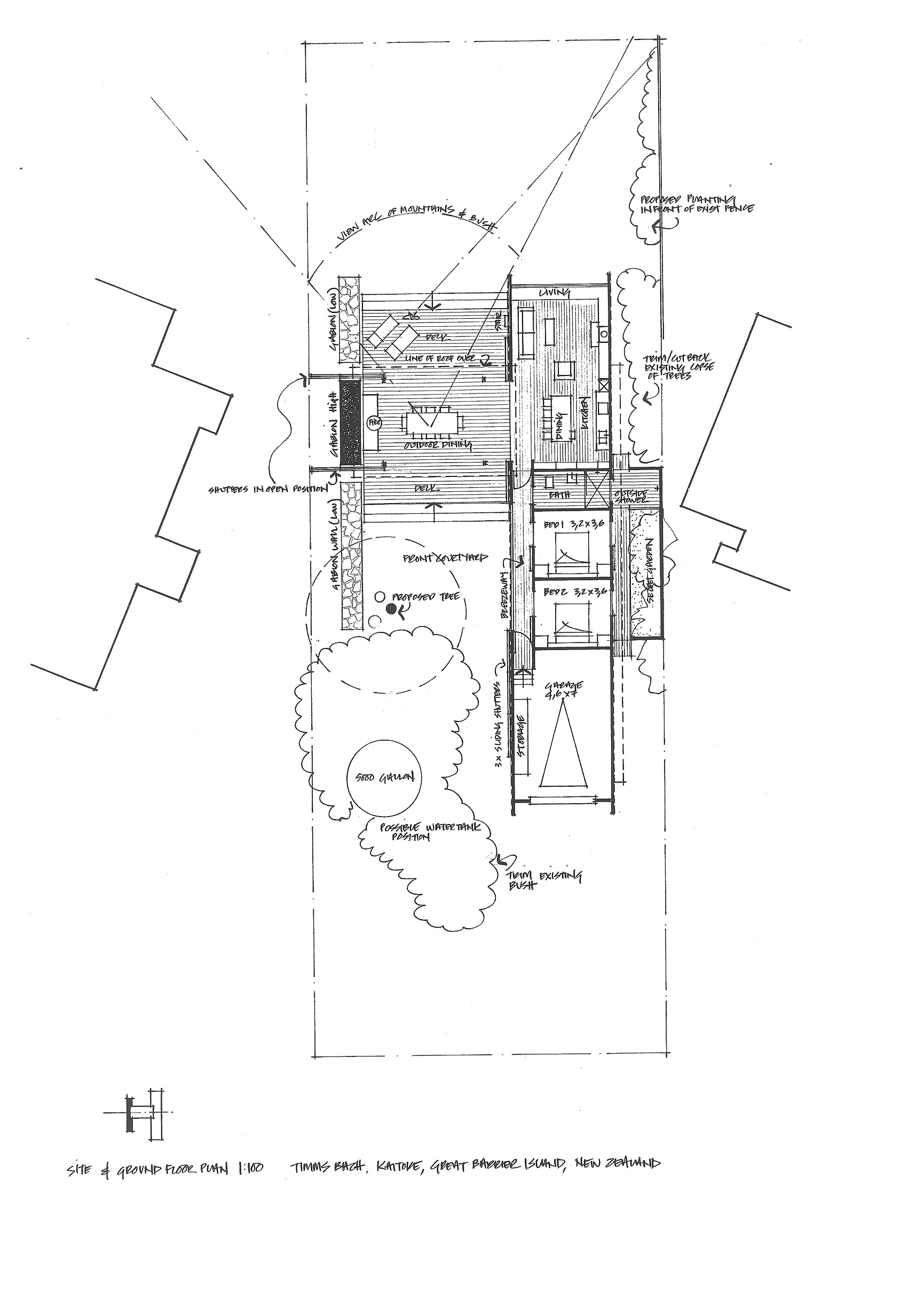 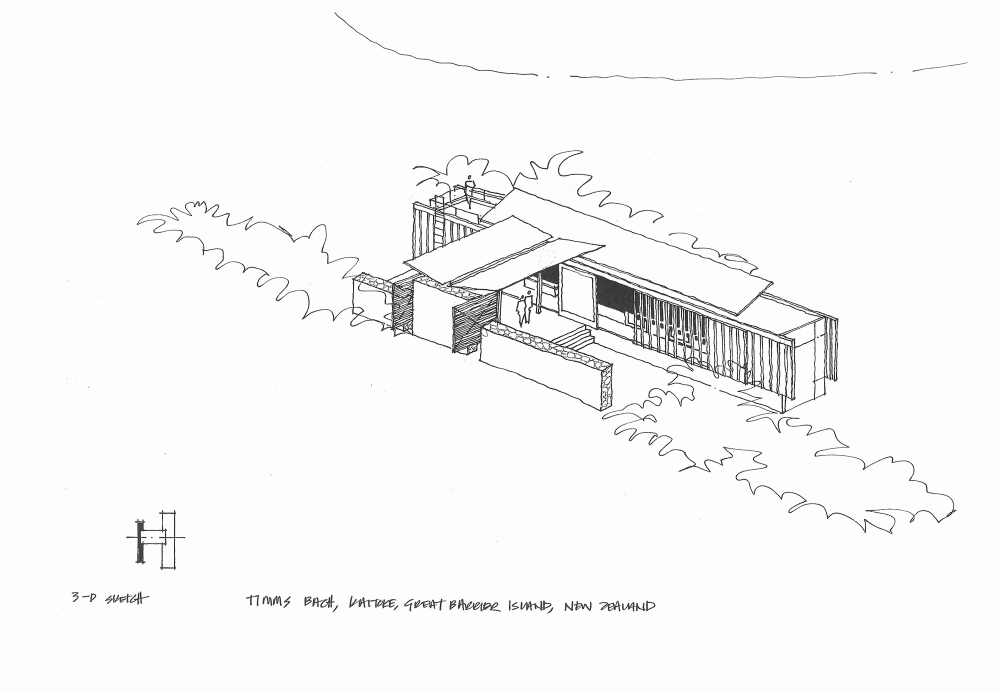 Over the years New Zealand architects have developed a humble but homely aesthetic for the numerous Bachs dotted around the rugged coastline. This honest and minimal home is no exception. The house benefits from the use of local materials left exposed and in their raw state which highlights the back-to-nature essence of good coastal holiday homes.

Despite the small site and proximity of neighbours, Herbst Architects have used architecture and materials to create a sense of selution and isolation. While there's sure to be a lot of relaxation going on here, the daily rituals of operating a simple holiday house - chopping the wood, setting the fire and brewing a fresh pot of tea - are certain to provide a greater sense of deep contentment than relaxing on the sand.

If you envy the humble beauty of a good New Zealand Bach, Australia has its own version of a Bach! Or if you're impressed by the high quality materials left in their natural state, take a look at this house made from copper and canvas (amongst other things, of course!)