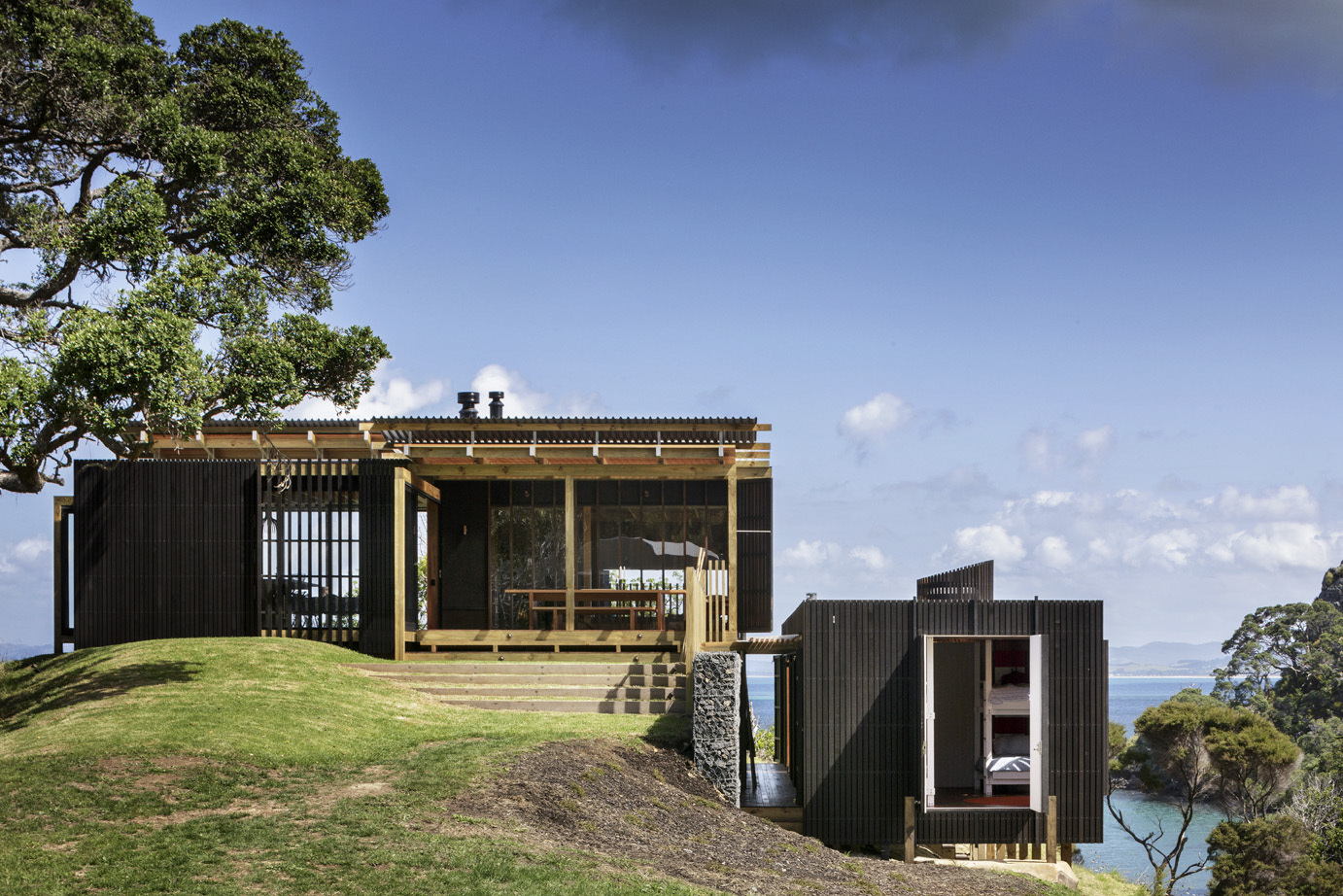 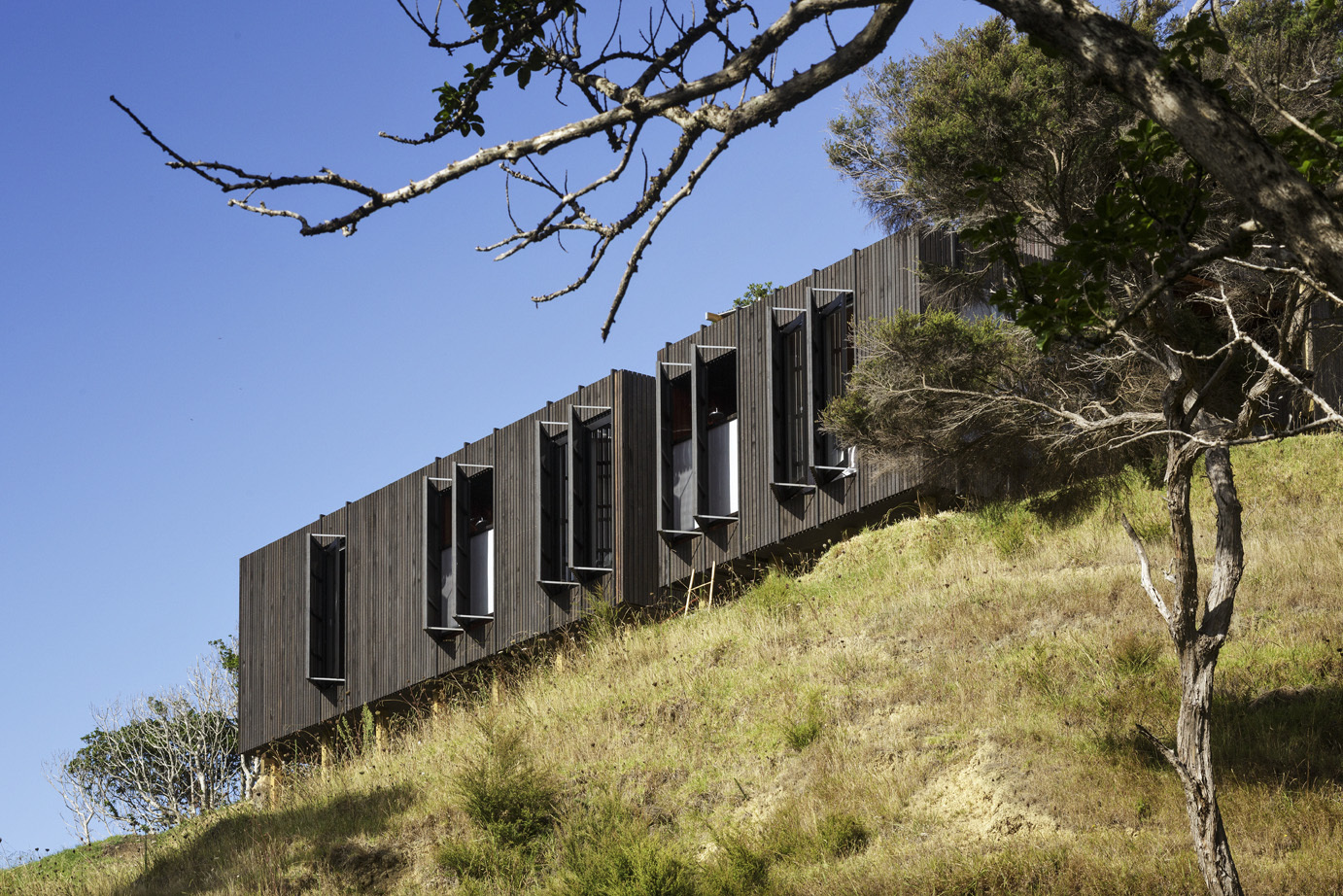 > "This building is a continuation of our exploration in a genre of building that is specifically designed for occupation in the summer months. In the design process we attempt to challenge the boundaries between the built form and nature to heighten the experience of immersion in nature. We challenge also the accepted levels of comfort and utility for the same reason. We attempt also to reference the nostalgia surrounding the 'Kiwi bach' by manipulating scale, form, relationships, materiality and limitation of amenity." — Herbst Architecture 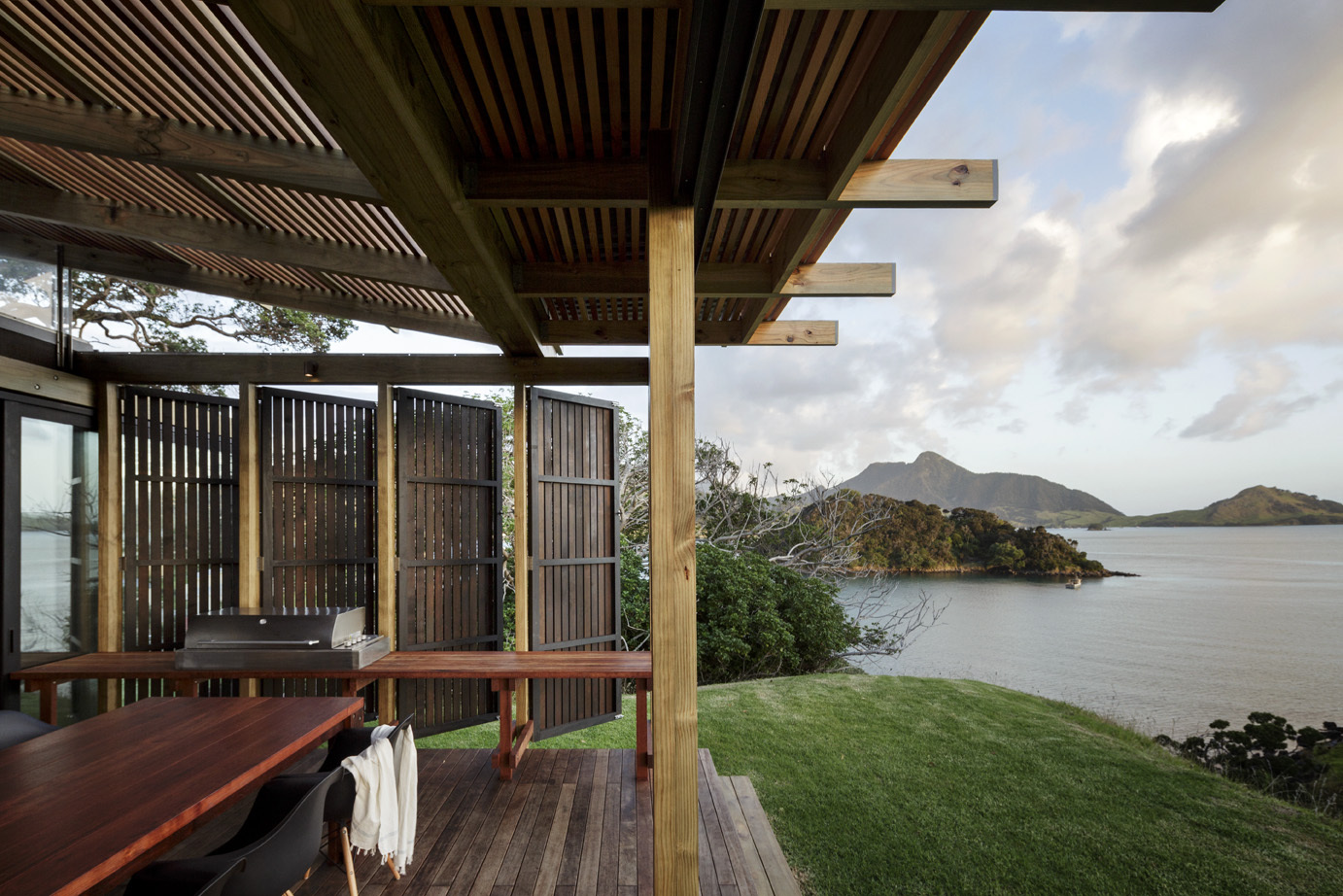 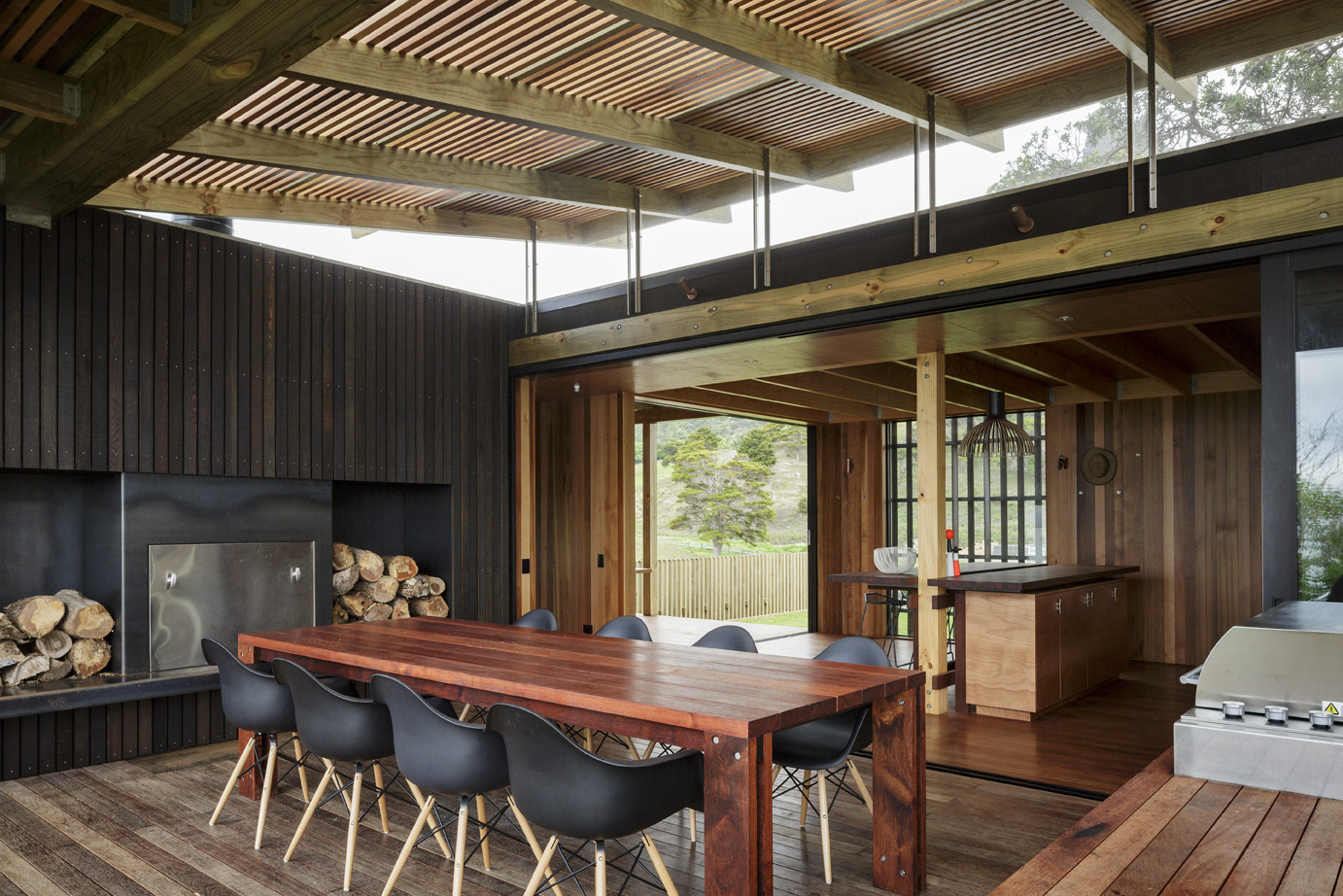 The home is broken into two primary zones in order to reduce the scale and to allow the bach to follow the contour of the land. A single cut in the knoll is retained with a fabulous gabion wall, setting up a strong, grounded spine around which the home is arranged. 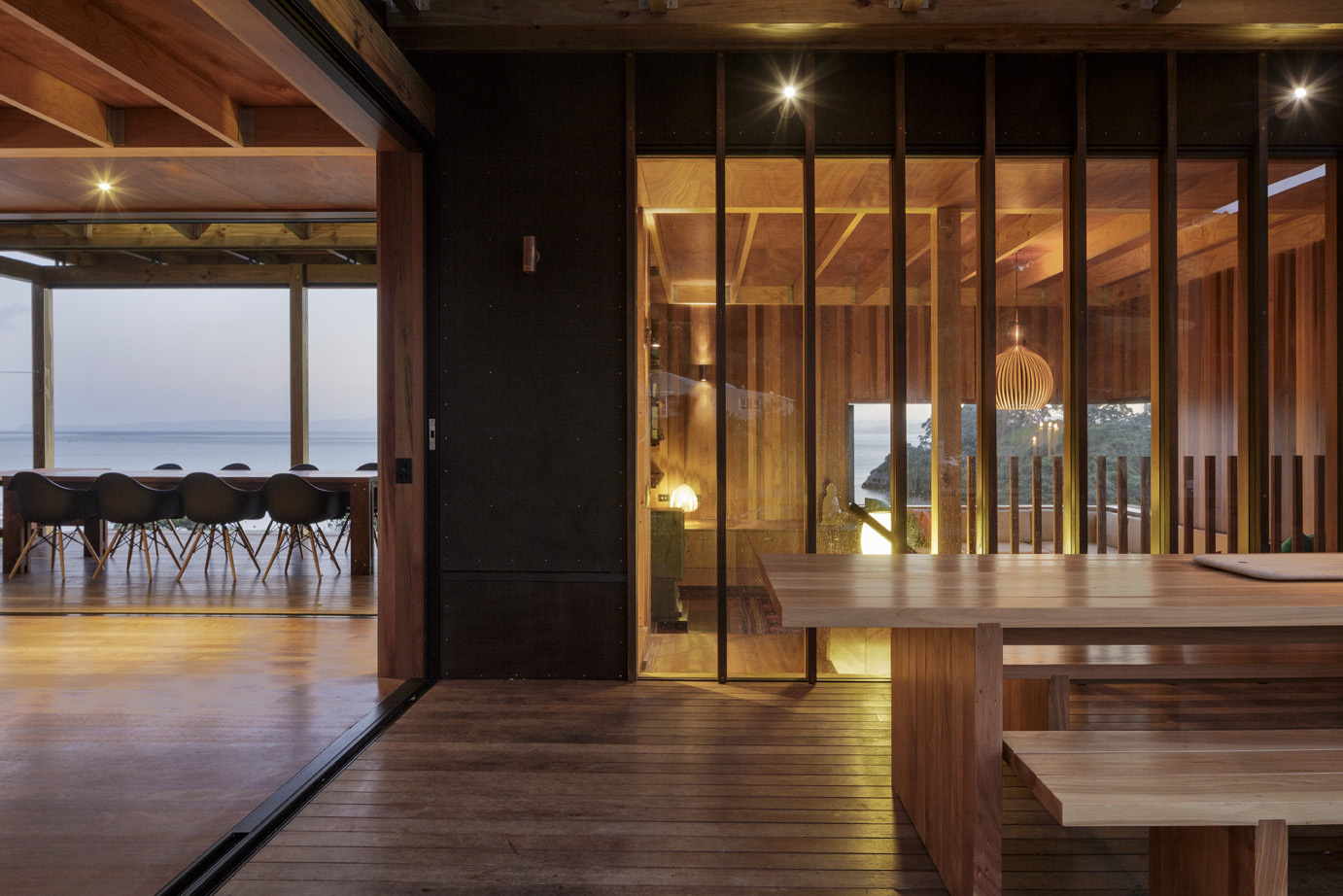 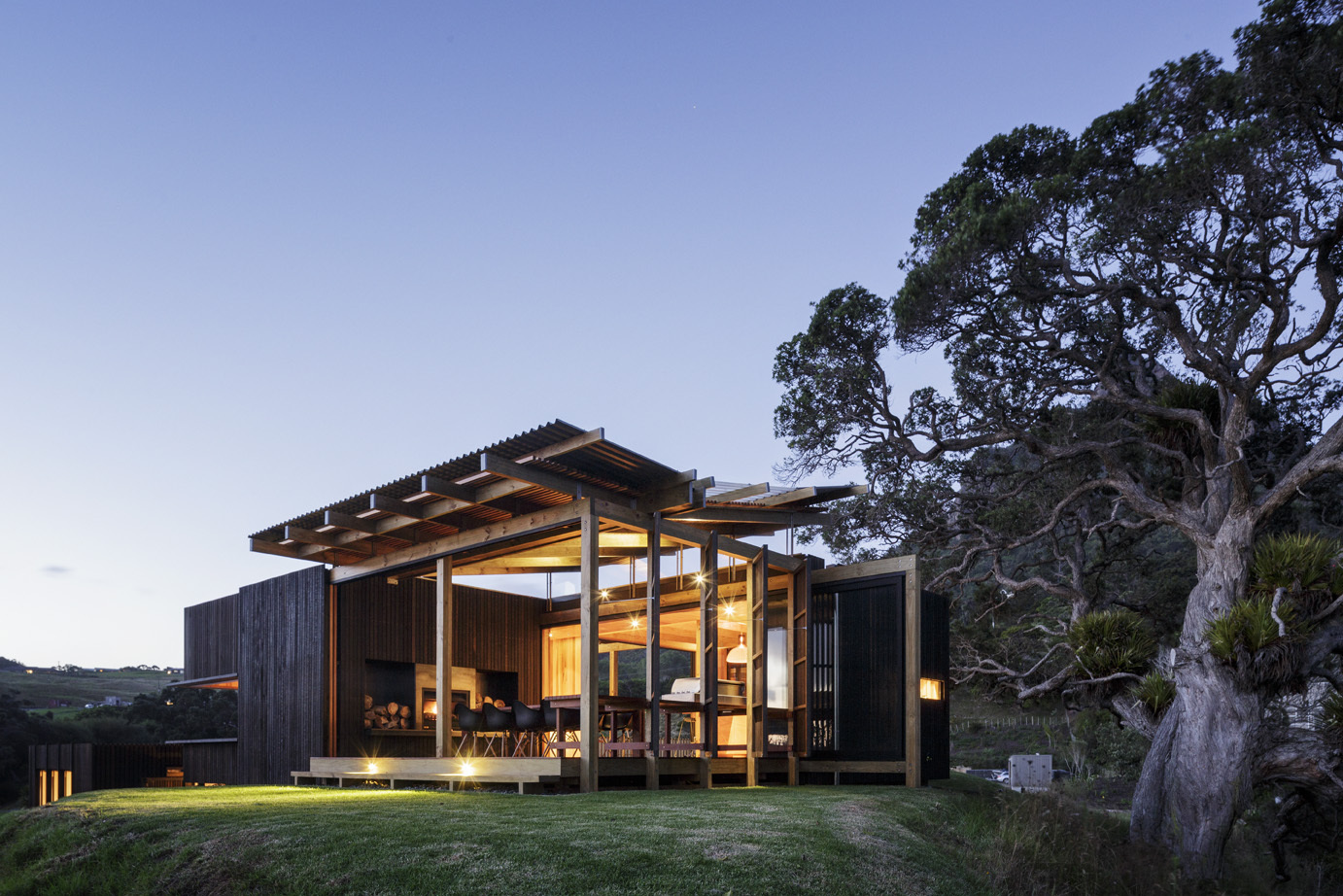 The two zones are separated by a full level to allow a panoramic view from the living level and to step the house down towards the beach. 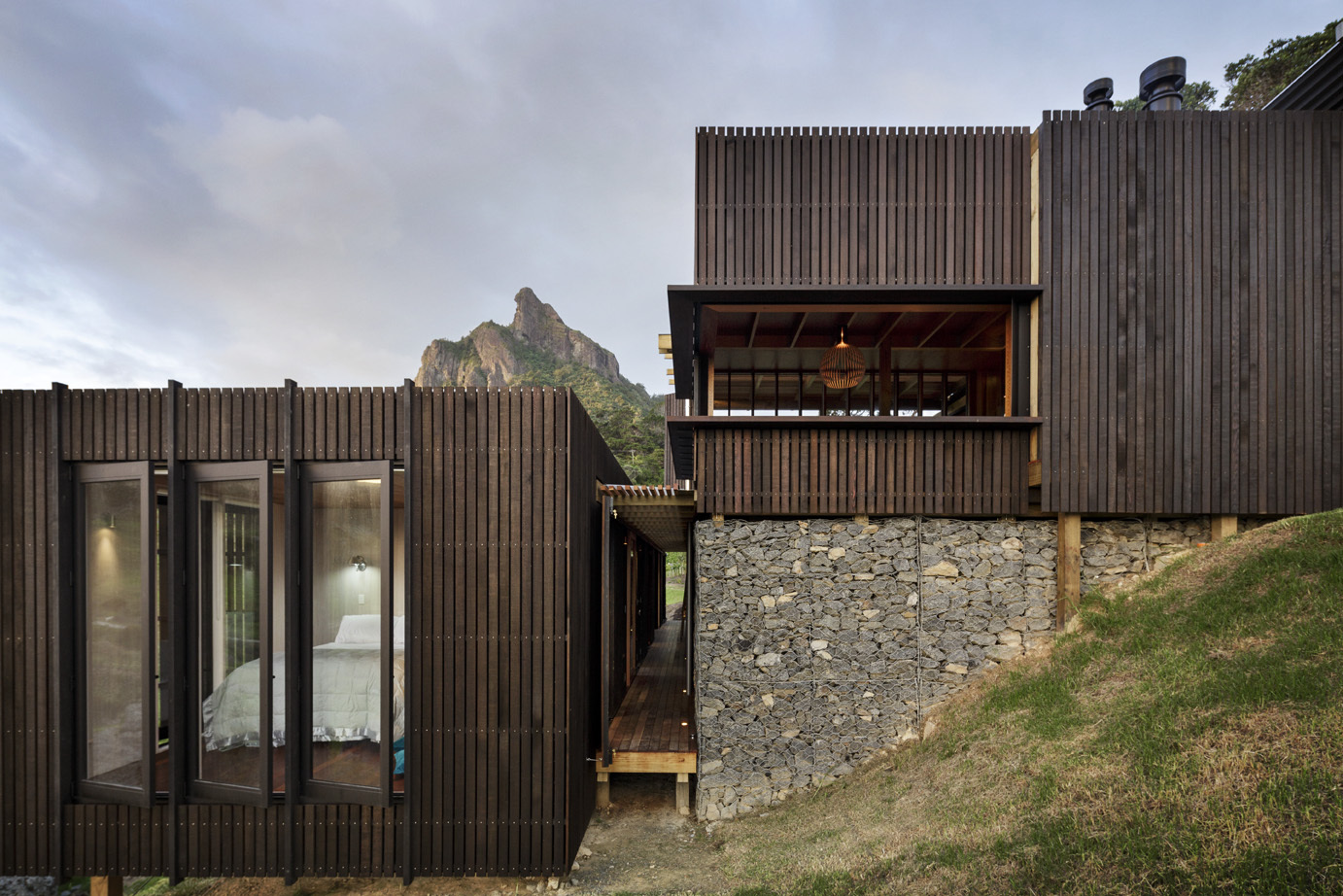 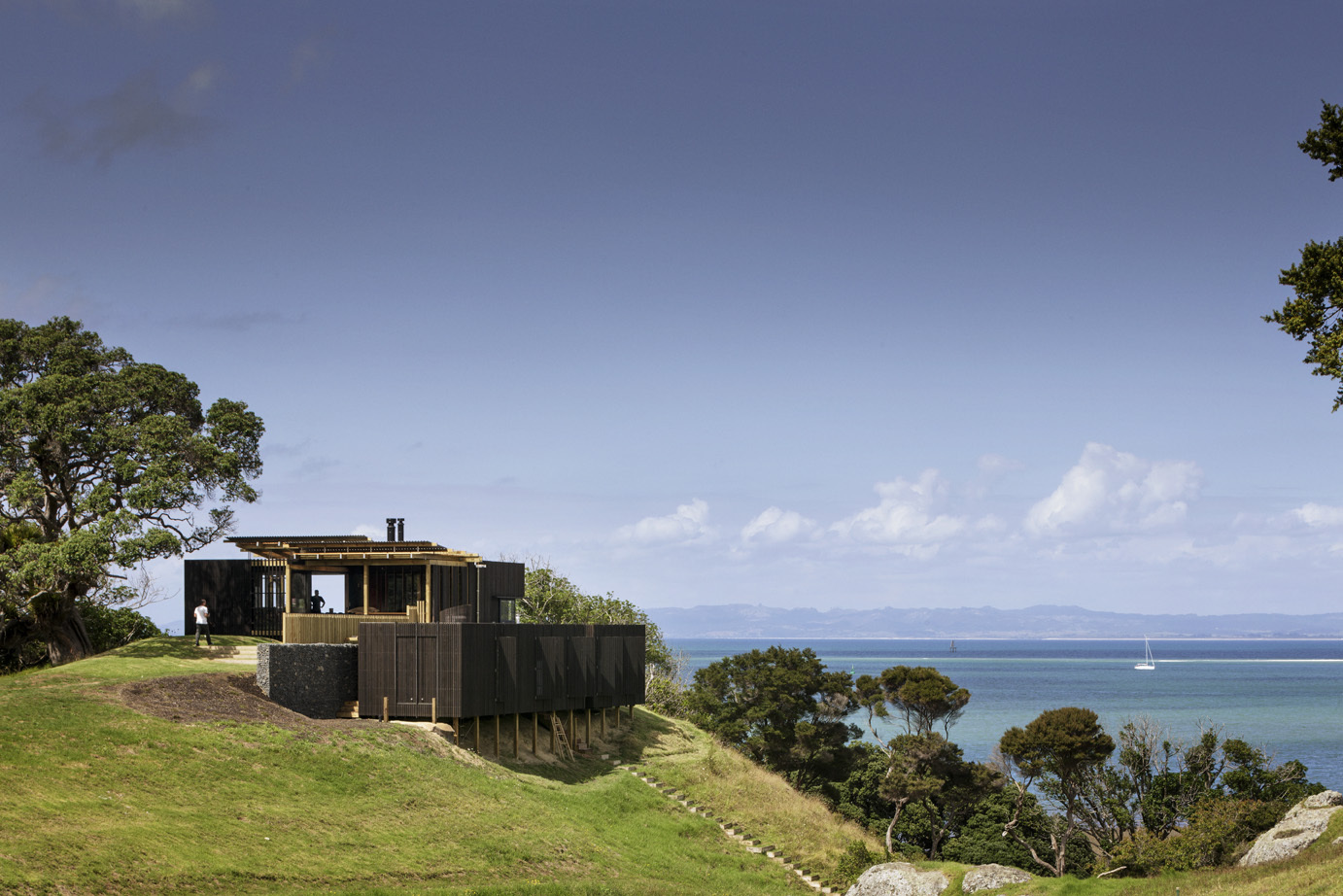 The living pavilion is made up of a series of four spaces in a pinwheel arrangement; a kitchen, a lounge and two covered decks. The kitchen can open towards either the North or South deck depending on the prevailing wind conditions by manipulating a series of doors and shutters. 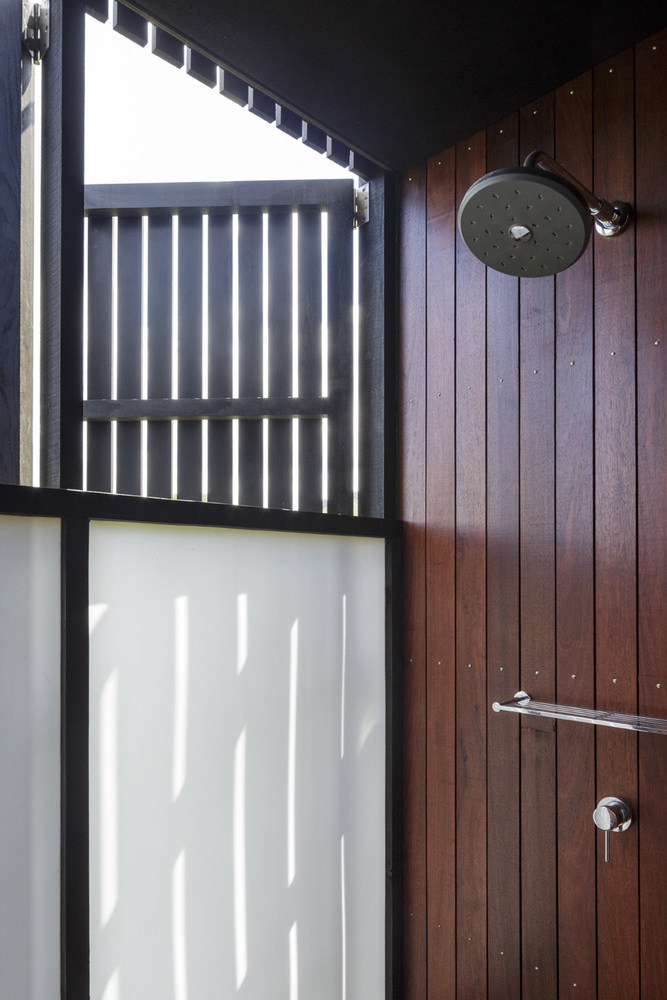 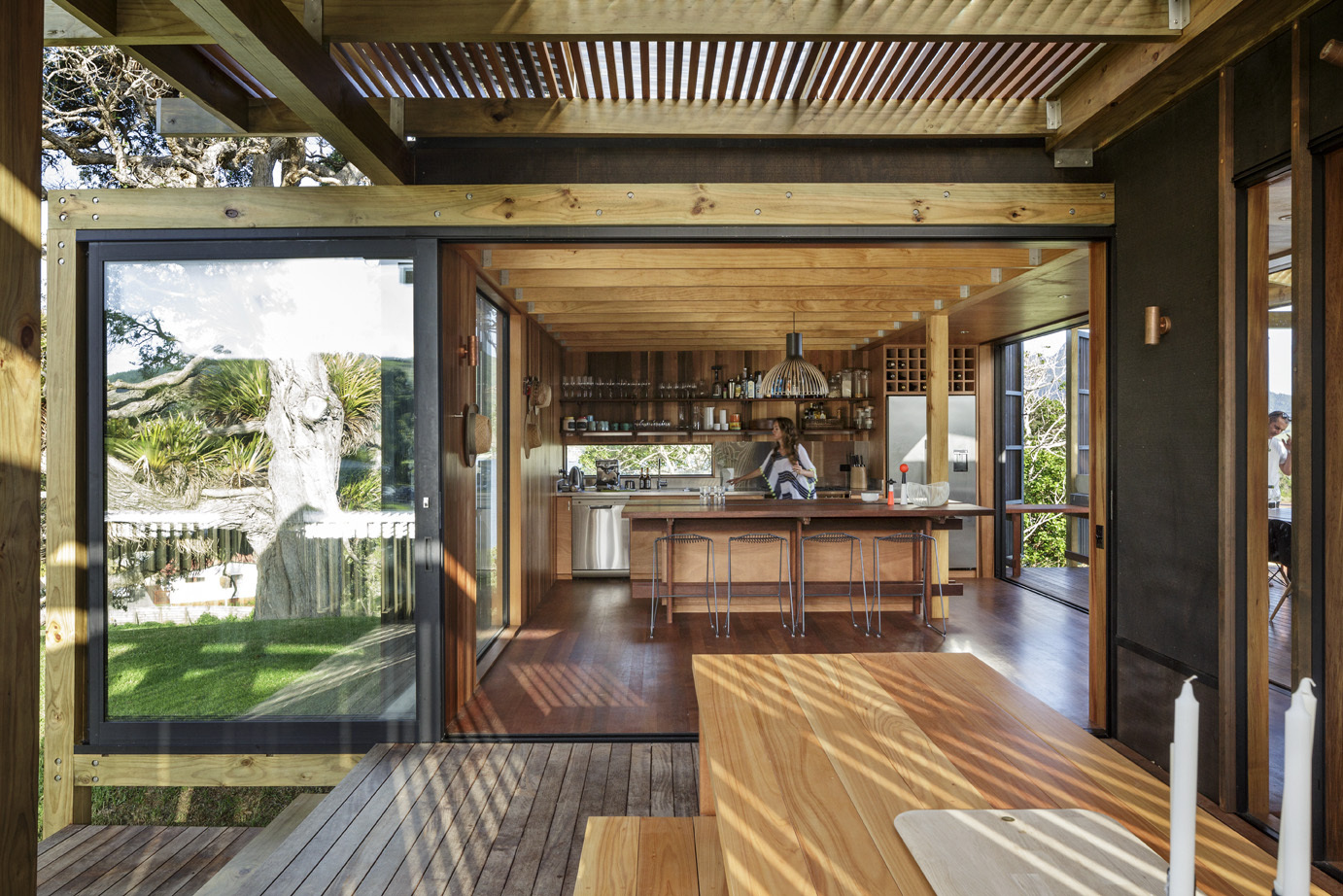 Connecting to the Beach

A stair drops to the lower level and penetrates the gabion wall, a covered outside walkway running along the gabion wall connects to the bedroom spaces. The stair continues on axis with a powerful rock formation at the base of the slope to make the connection to the beach. 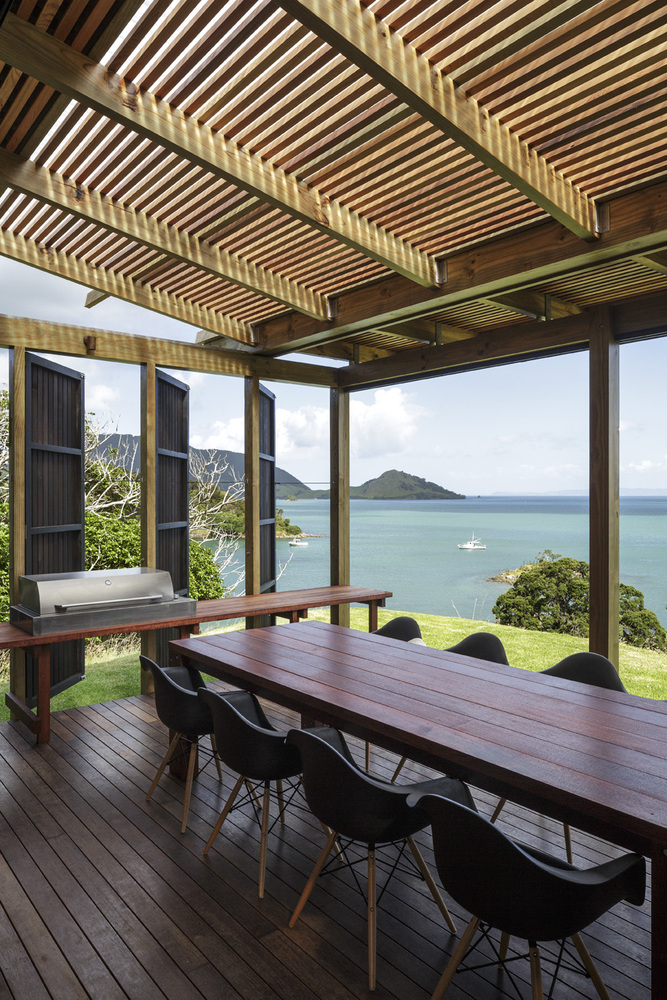 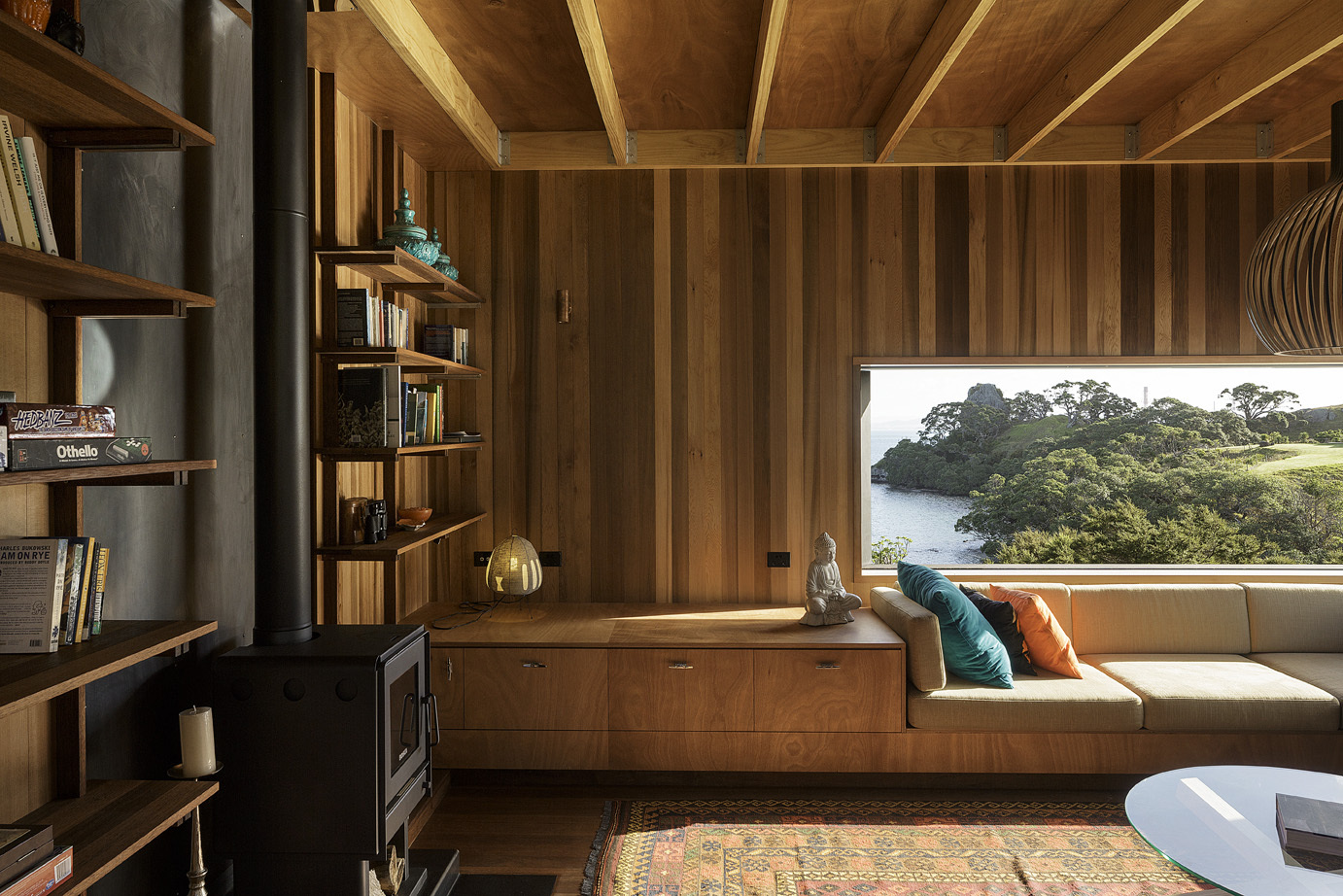 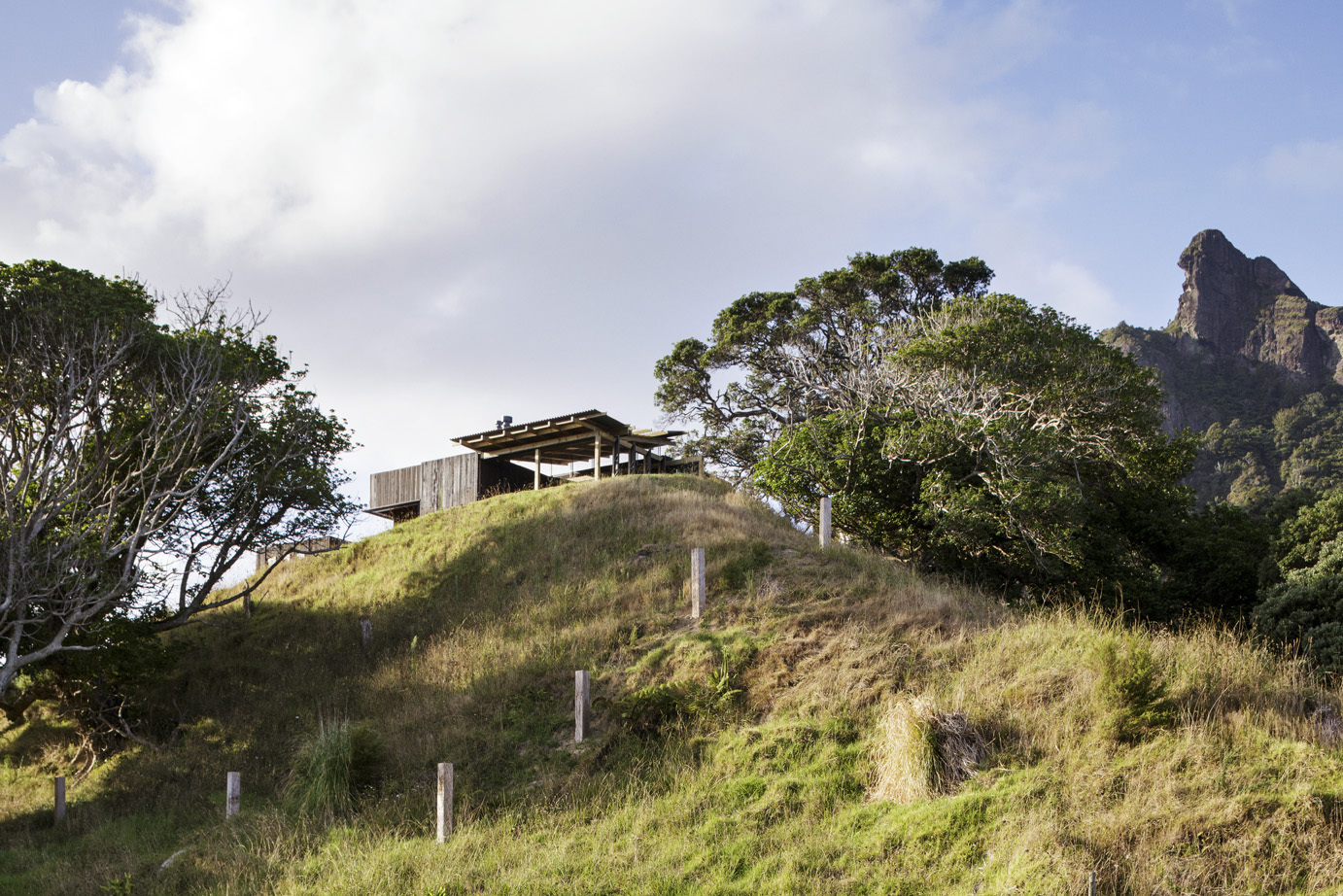 A black stained rainscreen cladding introduces a crenelated layering which peels open in part to allow views and privacy or wind screening. Structural timbers are generally exposed and left without colour embellishment in keeping with the humble style of New Zealand's beach bachs. 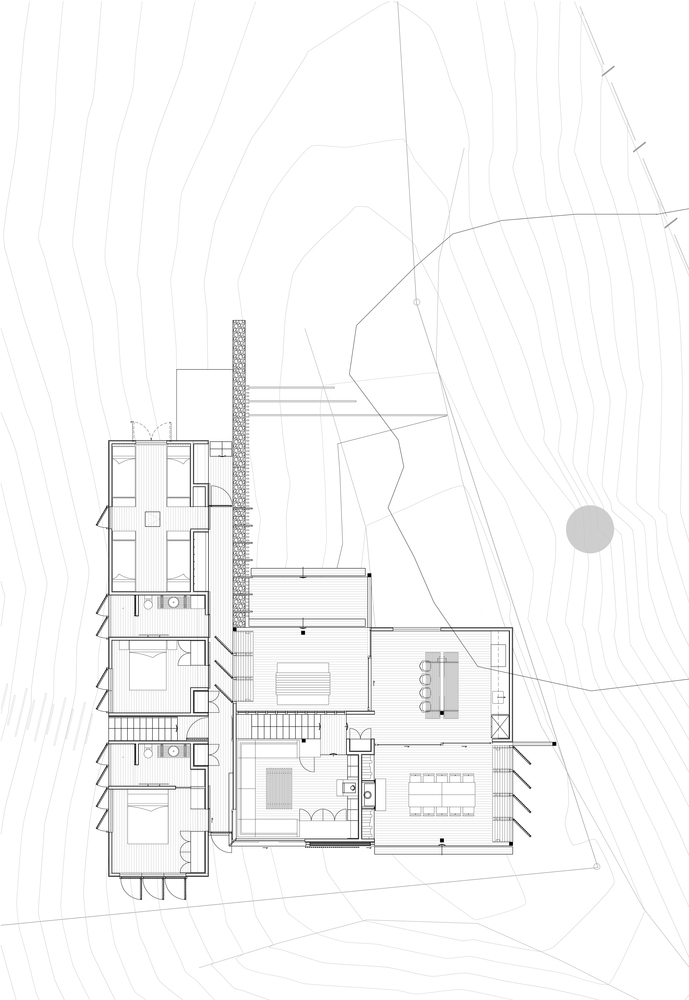 Castle Rock Beach House is a beautiful modern bach that fits in well with its rugged coastal site. The understated and unpretentious home is in keeping with the tradition of New Zealand's beach bachs, and yet it still feels very current. Castle Rock Beach House is an example of a home that uses the landscape to influence the design, rather than trying to impose a design upon the landscape. And that's an approach we should all be taking when designing and building homes.

So what do you think, is this New Zealand's best beach house? If not, what's your favourite?