Maylands Additions Inspired by the Craft and Richness of Existing Home

Maylands Additions by Jonathan Lake Architects is a highly crafted response to the client's request for a house that respects the strength and delicacy of the existing. It is a work of humility, that builds on the material and detailed richness of the existing heritage-listed house. 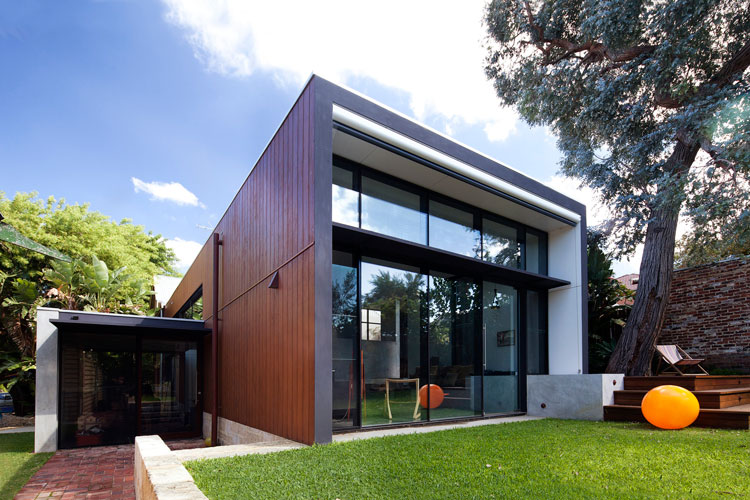 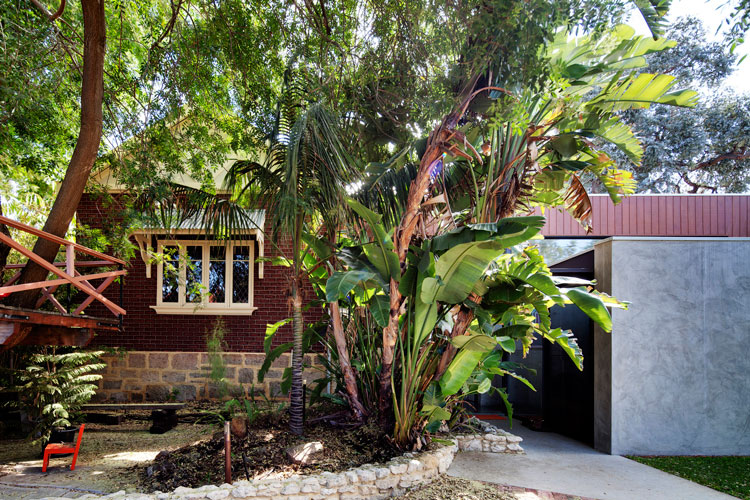 The existing house is set centrally on a traditional quarter acre block surrounded by a well established and luscious garden. The transition through the garden to the house was considered an important part of the initial encounter with the house. The garden screens and protects the house and provides an opportunity to conceal the house, allowing it to be revealed only to the invited. 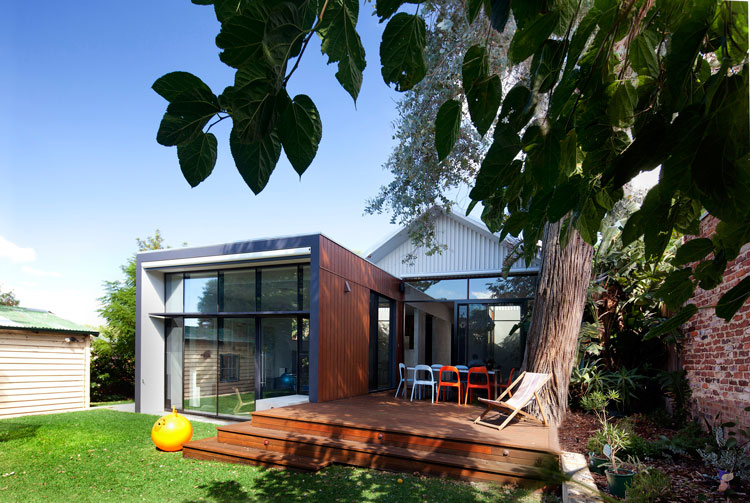 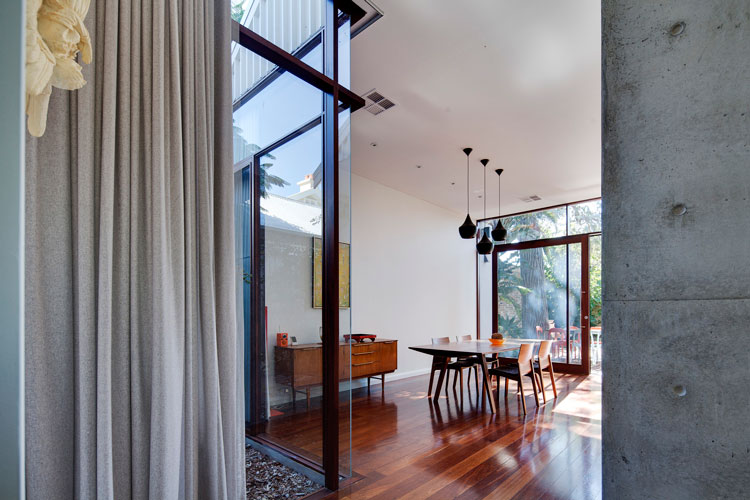 The house is composed of two parts. The first is an extension to the roof form of the existing house. This was important to continue the scale and mass of the existing building. It also created the opportunity to introduce a new interpretation of the material palette of jarrah flooring, masonry walls and timber window framing. 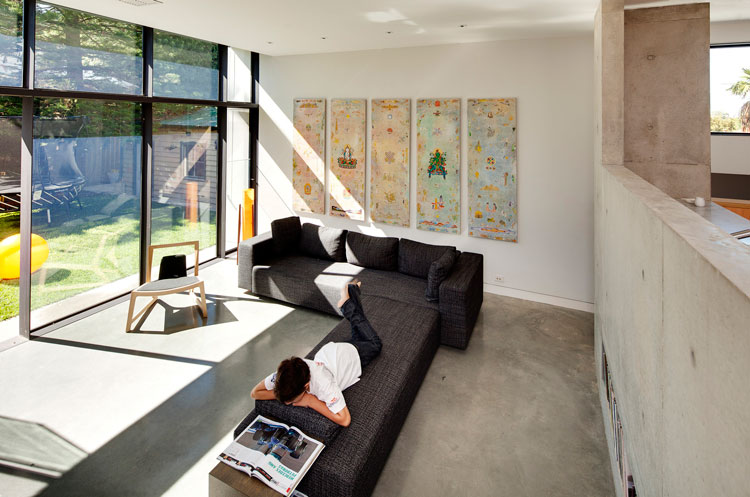 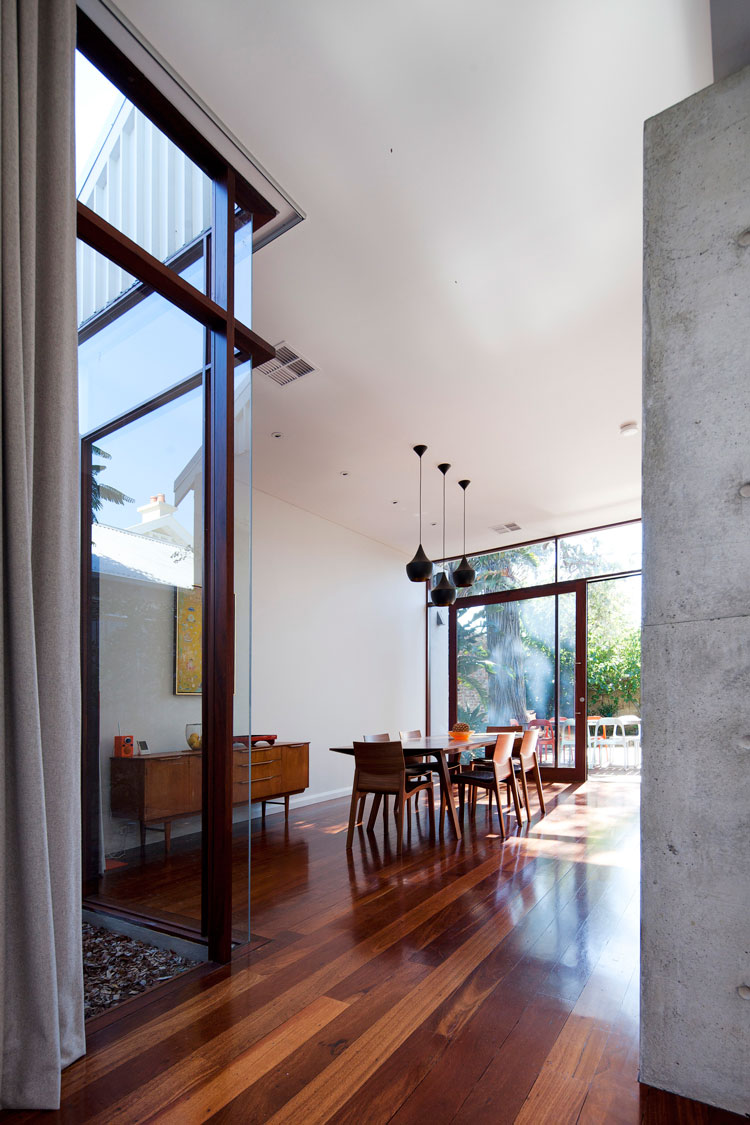 The second is an insertion of a new tight skinned timber and steel box, which is open at the end and has carefully cut openings in its sides. The openings were formed by steel framed windows, with an exaggerated depth to match the thickness of timber clad walls. The deep steel frames articulate the play of light and shade into the house as well as capture images of the landscape in reflections within the glass. The placement of these openings relate both to the interior and the creation of key connections to the landscape. 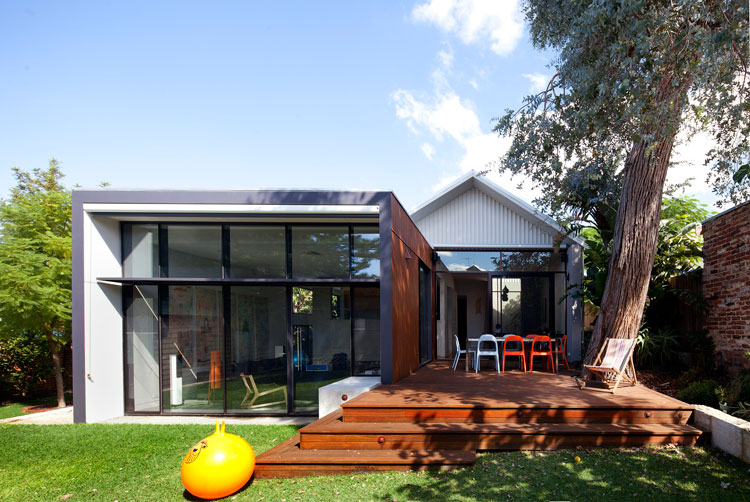 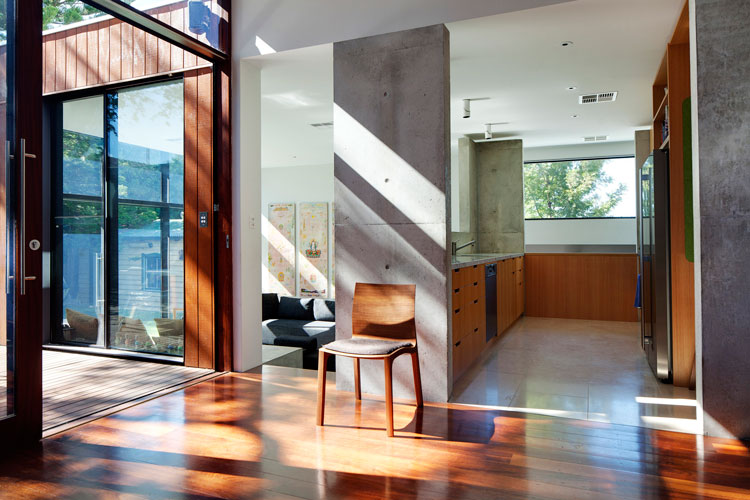 Internally, a central concrete core creates the organisational and conceptual centre of the project. This is emphasised by the extra weight and presence of the concrete. Contained within the core is the kitchen, the heart of the house. Located around the core are the family, dining, living and work spaces. The central placement of the core encourages movement and exploration, while also framing or creating new encounters with the landscape and garden. Built over three levels each space has a unique and different connection to the outside. 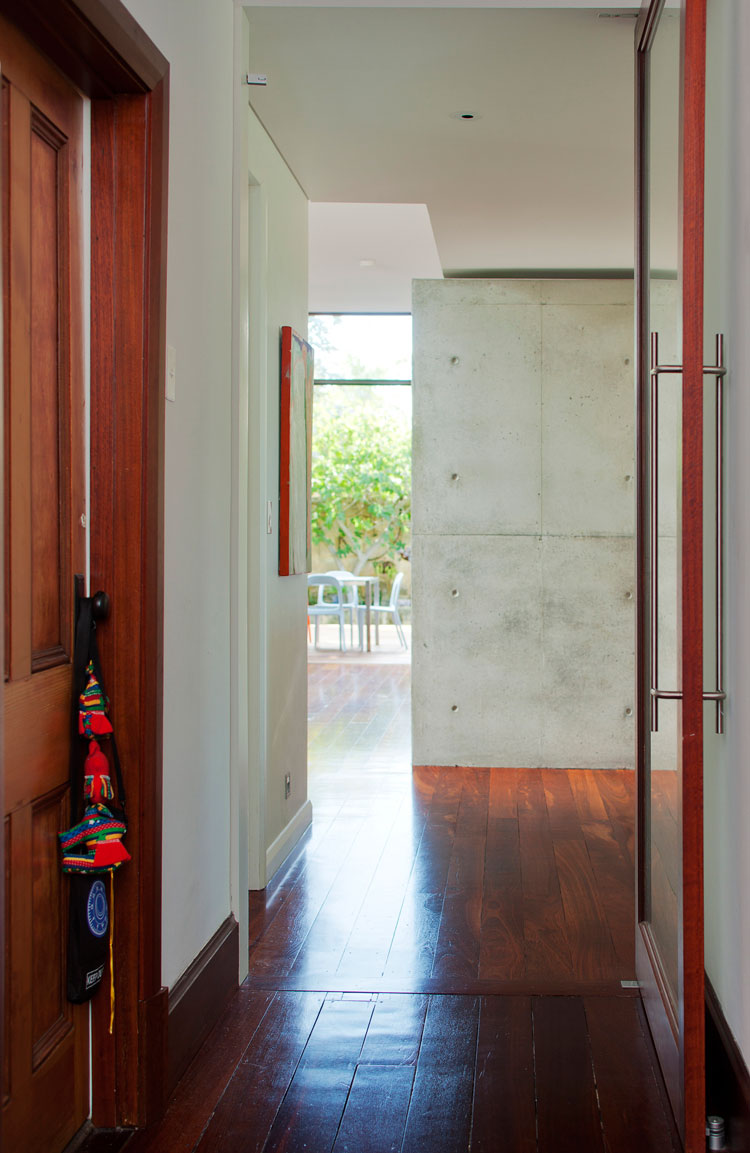 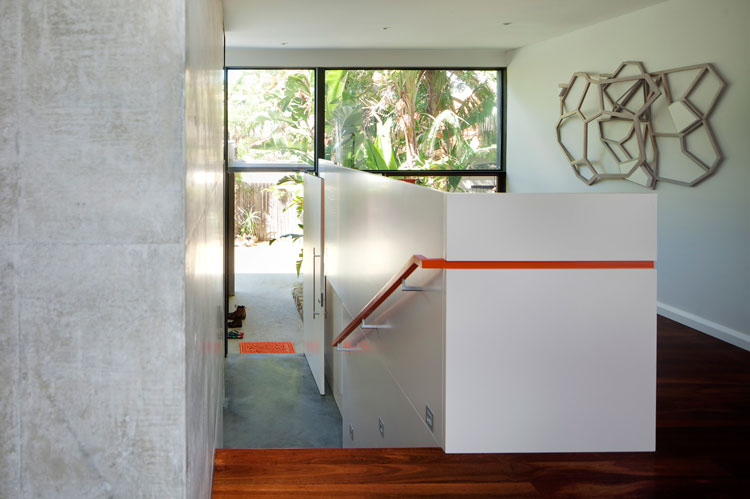 A deck is nestled outside the dining room between the new addition and an extraordinary eucalyptus tree. Moments for casual use have been designed into the house in the form of a concrete bench that transforms from shelving to lounge seating and steps to the external deck that are extra high to act as places to sit amongst the garden. 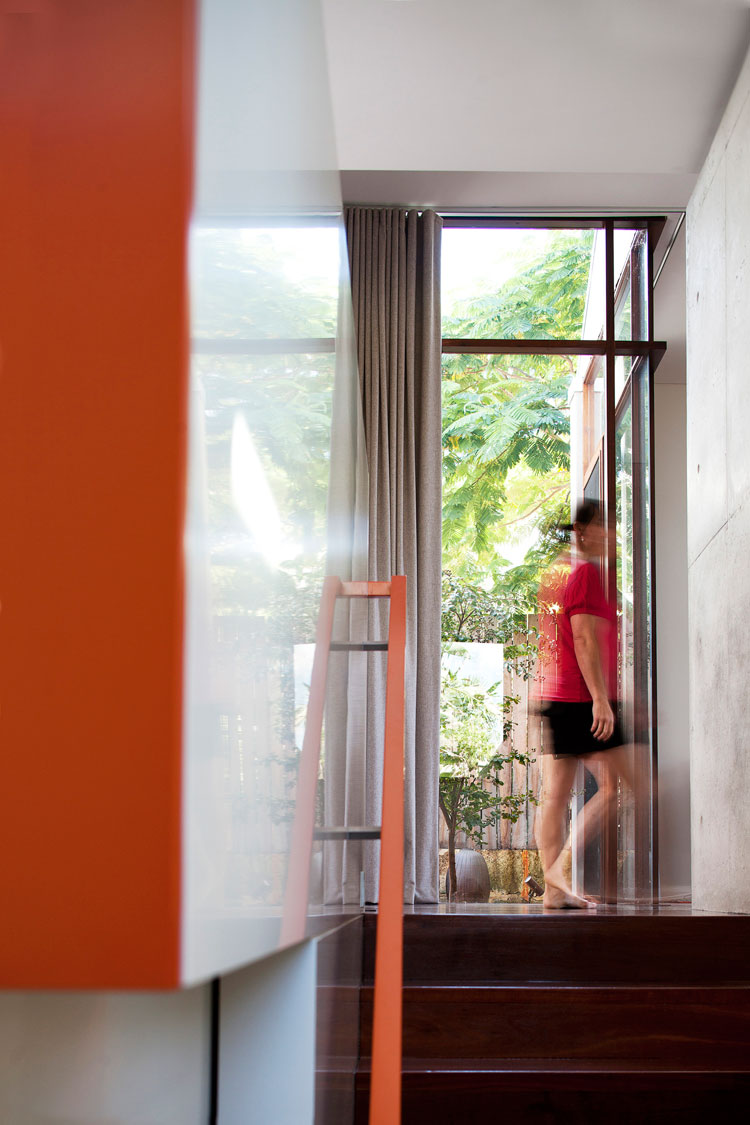 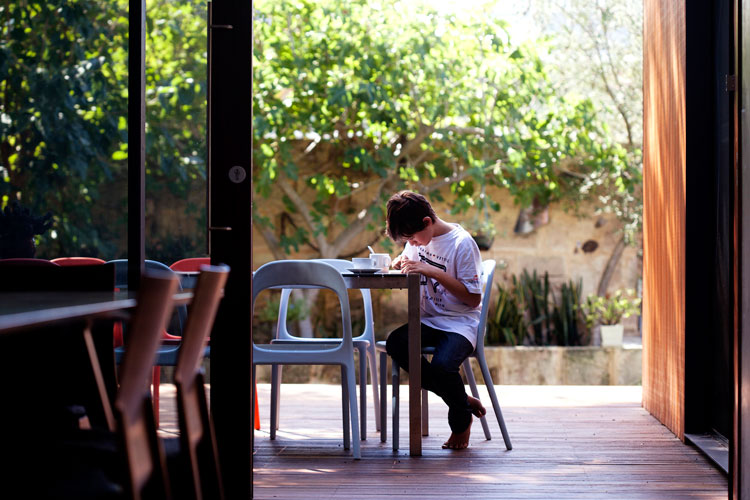 The rear garden is defined by boundary walls in rough brickwork and random limestone block. These were considered part of the spatial form of the garden and the project. New limestone retaining walls and garden beds provide a geometric end to the garden, creating a contemplative space to sit and reflect on the house in its setting. 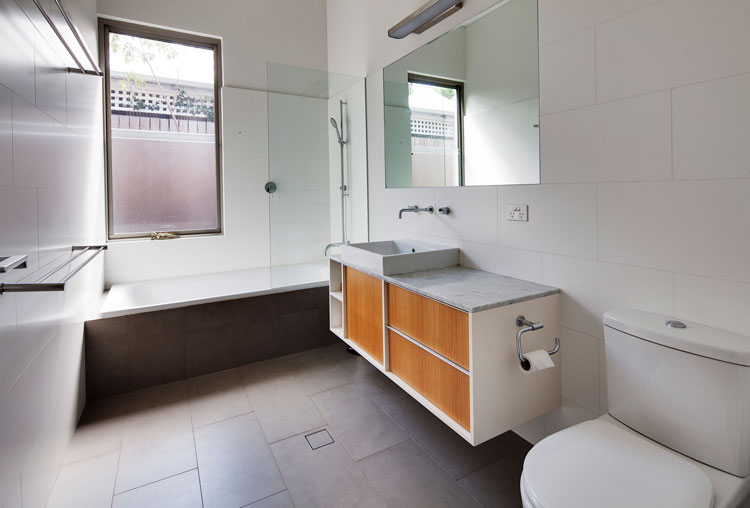 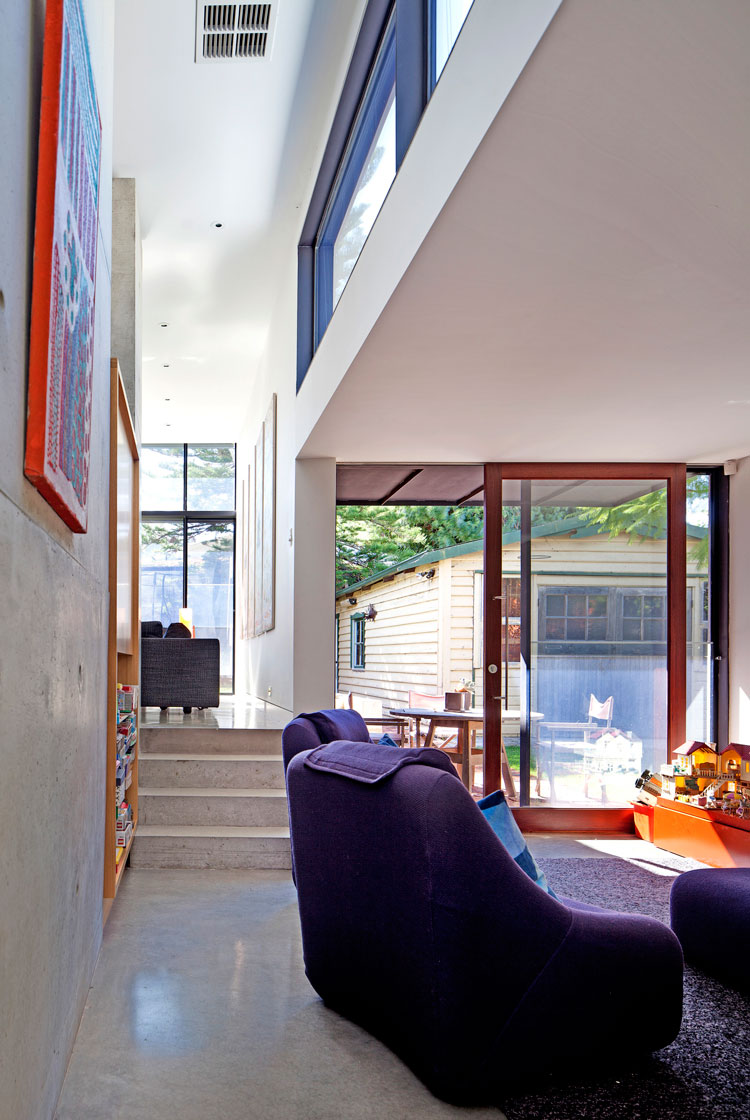 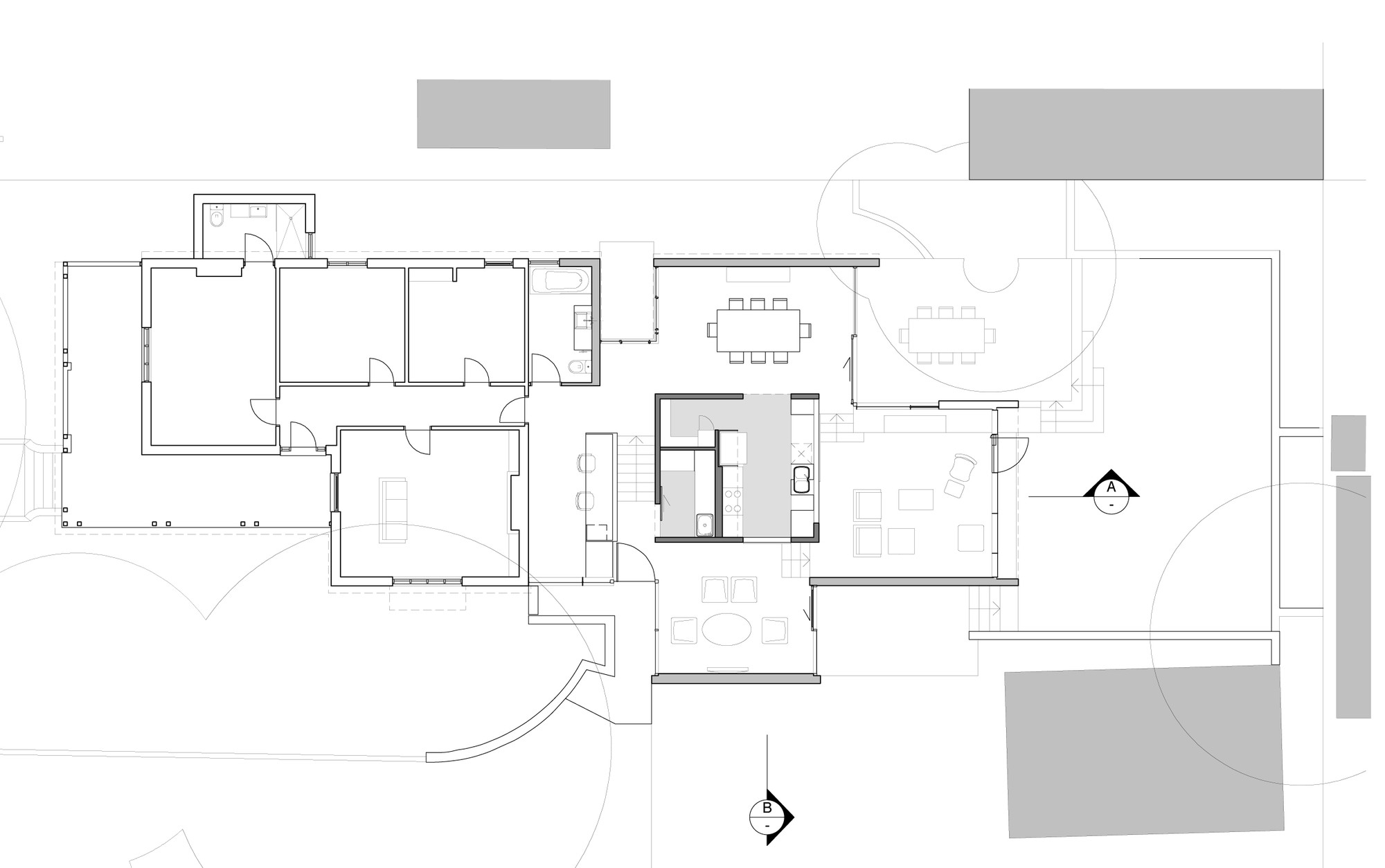 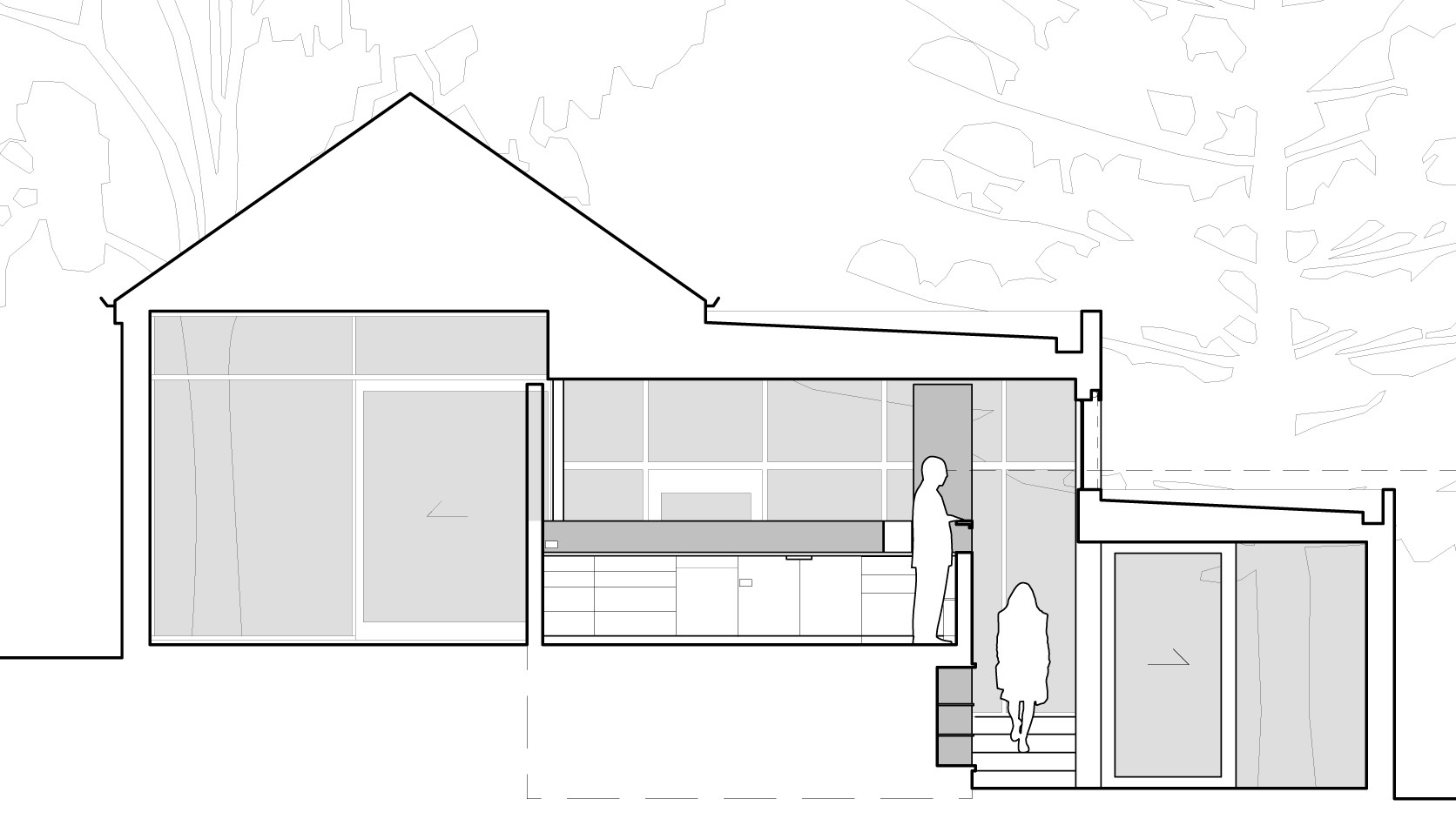