Some additions are mere supplements to a home: a few additional rooms that, while handy, don't substantially change the look and feel of the home itself. But, a good addition works with what is already there, using metamorphosis to create something which retains the DNA of the existing Canberra home, but takes it to its next stage, what Sandbox Studio call Meta-Morphology. 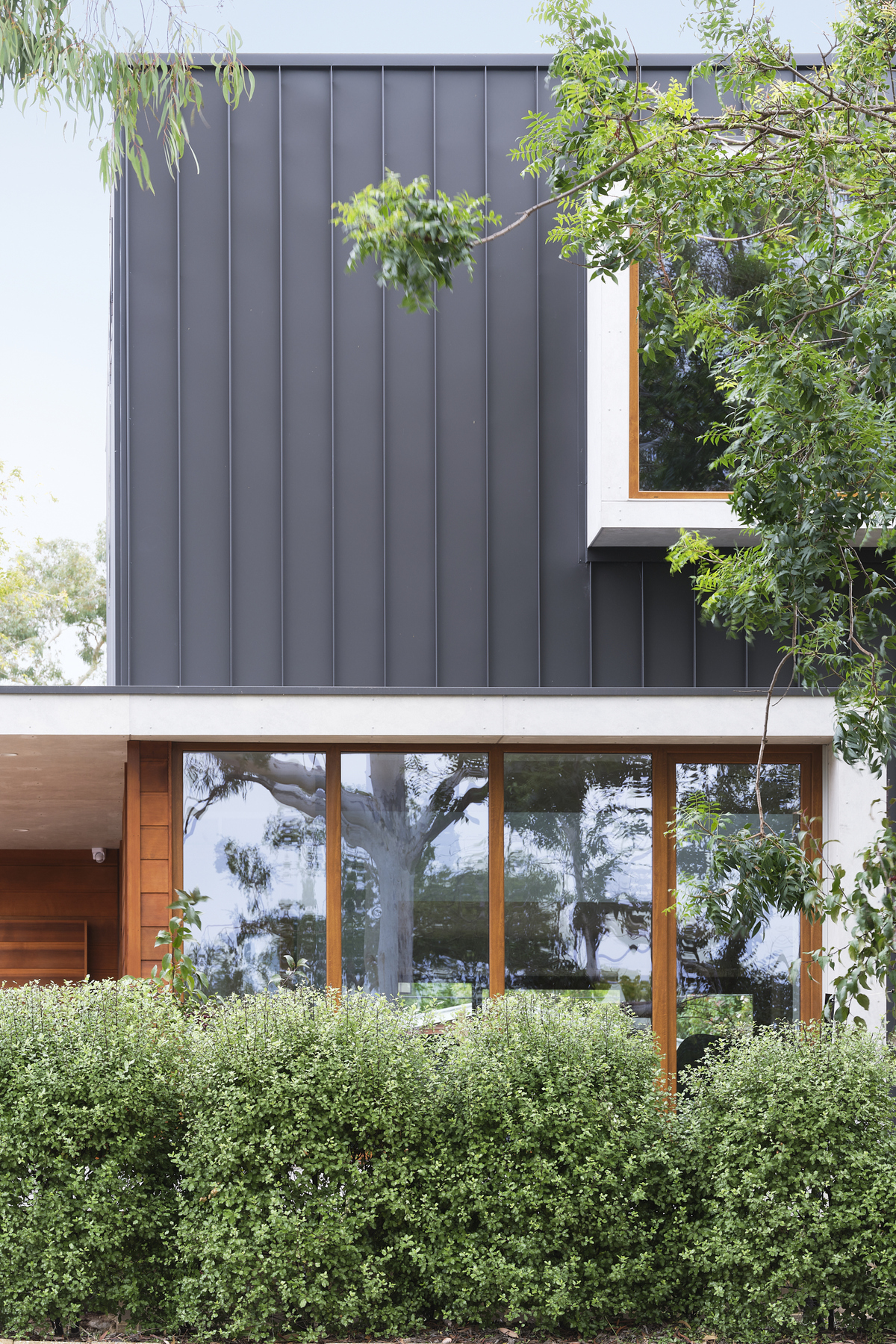 "When change occurs in a physical form, structure, or character, we call it metamorphosis. When it happens to an existing Canberra home in a quiet, leafy street of Duffy, we call it Meta-Morphology." - Sandbox Studio 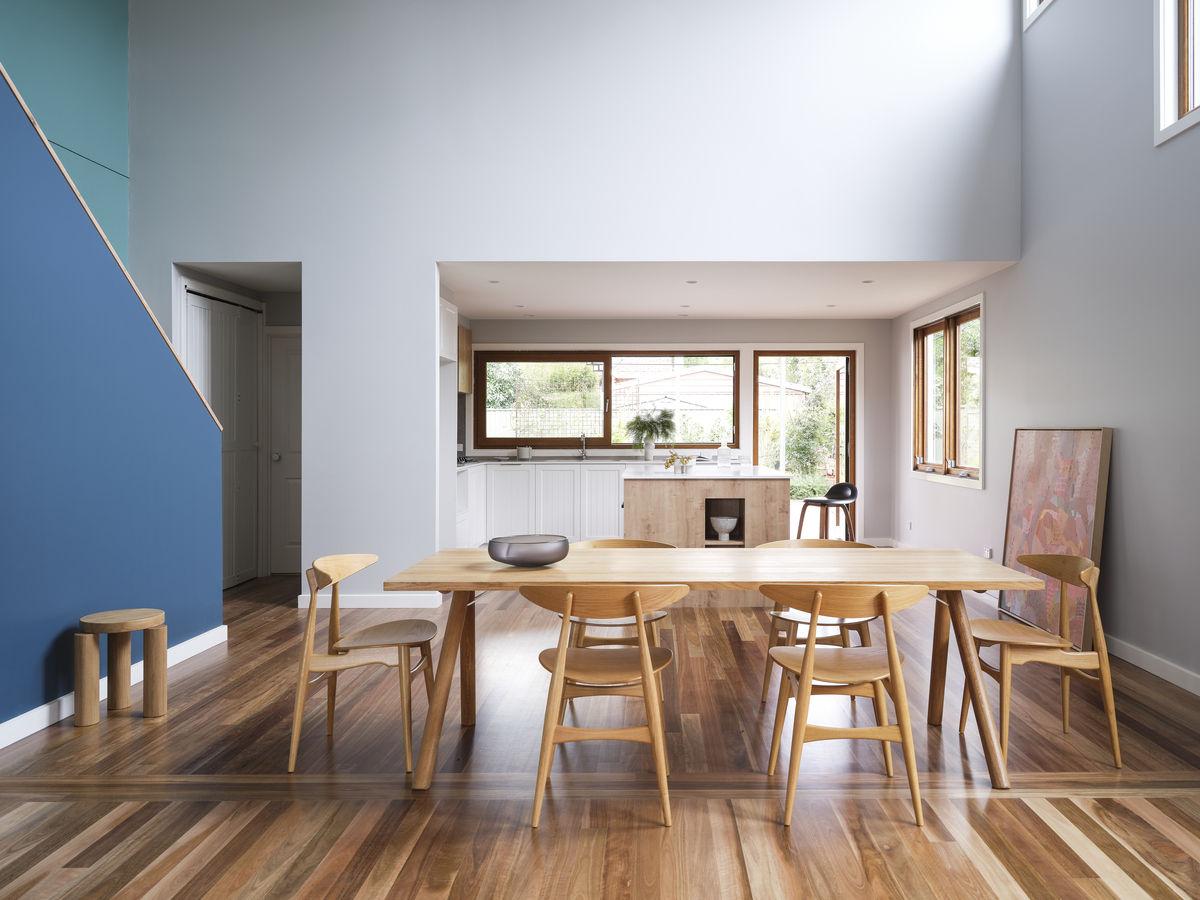 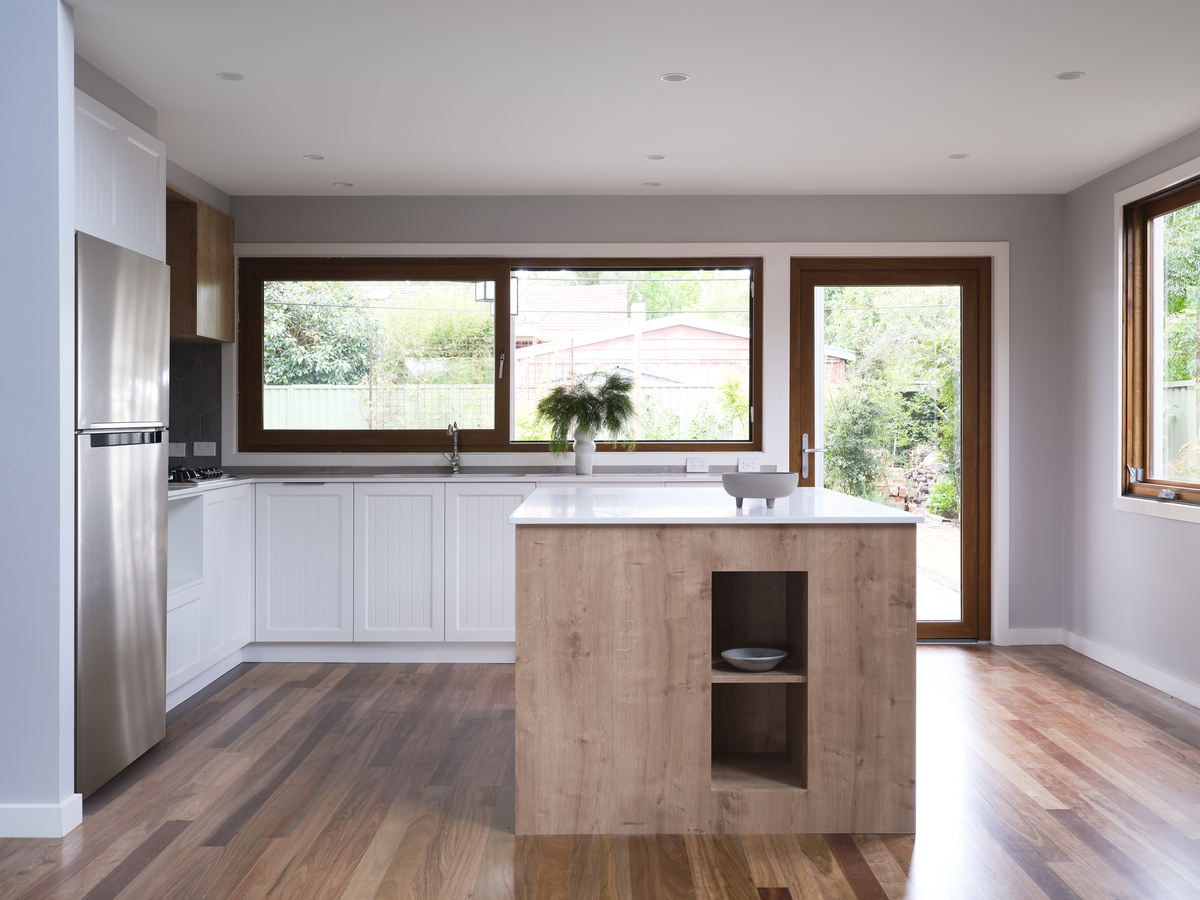 As is often the case, the key challenge has also become the defining feature of this project. Incorporating the new spaces with the existing house was the main challenge the architects had to contend with. Their response creates a new double-height addition to the rear which avoids the existing structure and minimises the impact on the original house, leaving it largely intact. The location of the addition means the exiting walls and roofline remain intact, yet the way they've been connected means the functionality and character of the new home have been completely revamped. 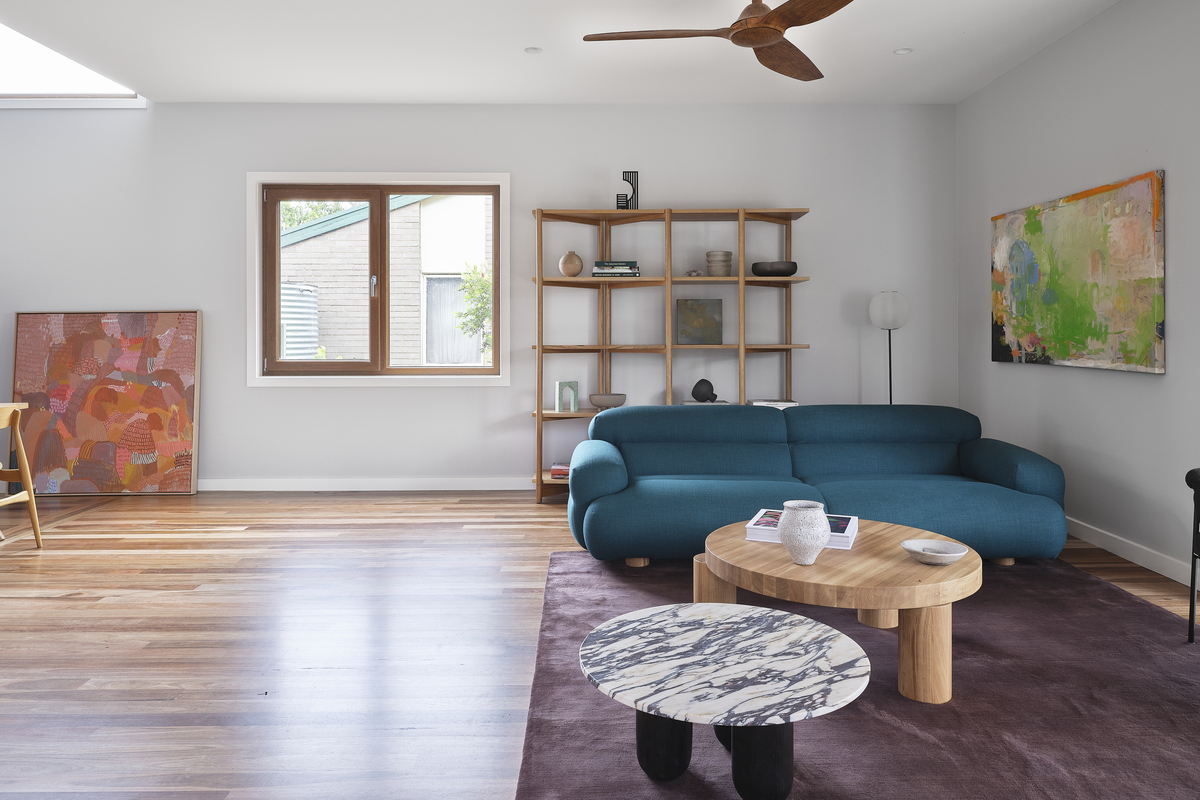 The existing home now houses three bedrooms and a bathroom, with the existing roofline continuing over what is now the kitchen in an open-plan space. The new addition pops out of the side, creating space for a dining area and lounge overlooking the garden. 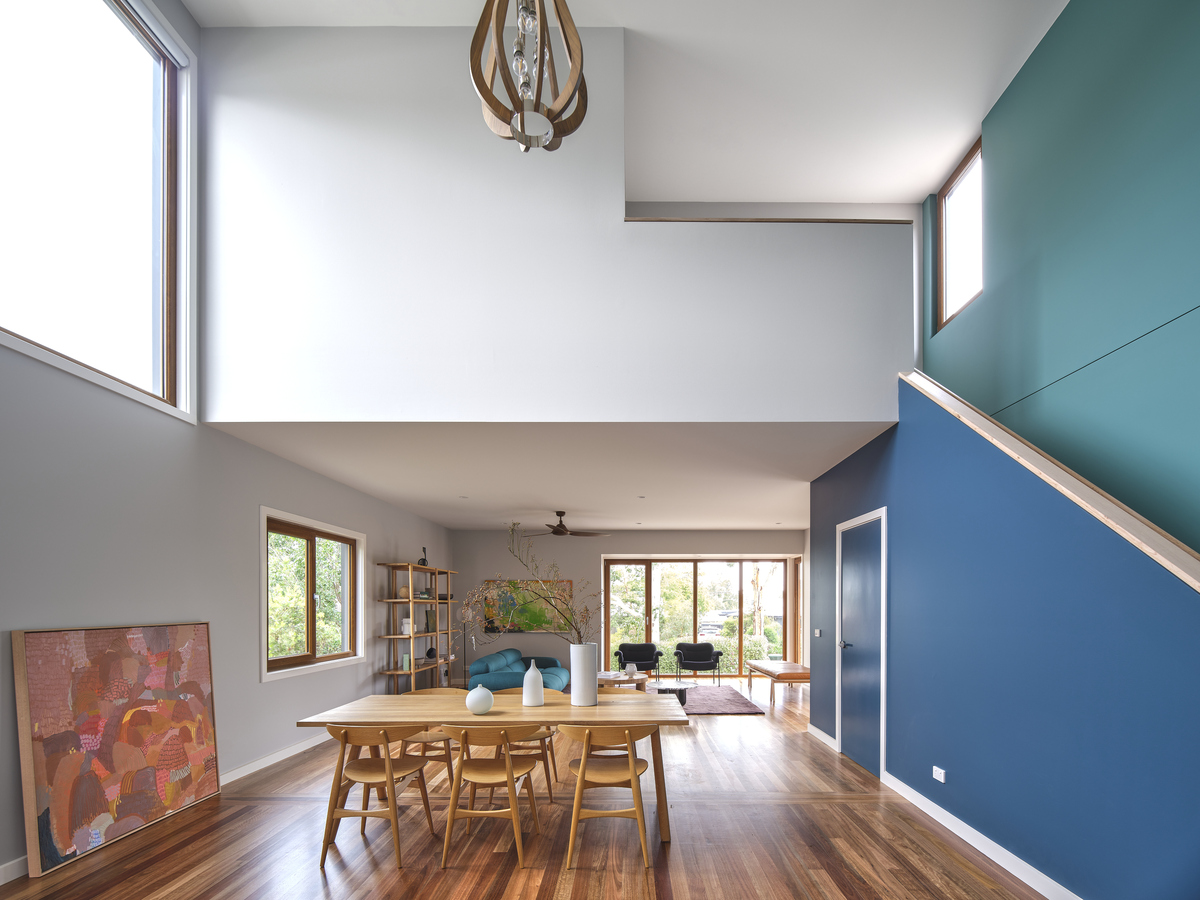 Over the new dining space is a dramatic double-height space that takes advantage of the existing roofline. This also creates the opportunity to draw in natural light from the north without overlooking neighbours thanks to a large clerestory window. 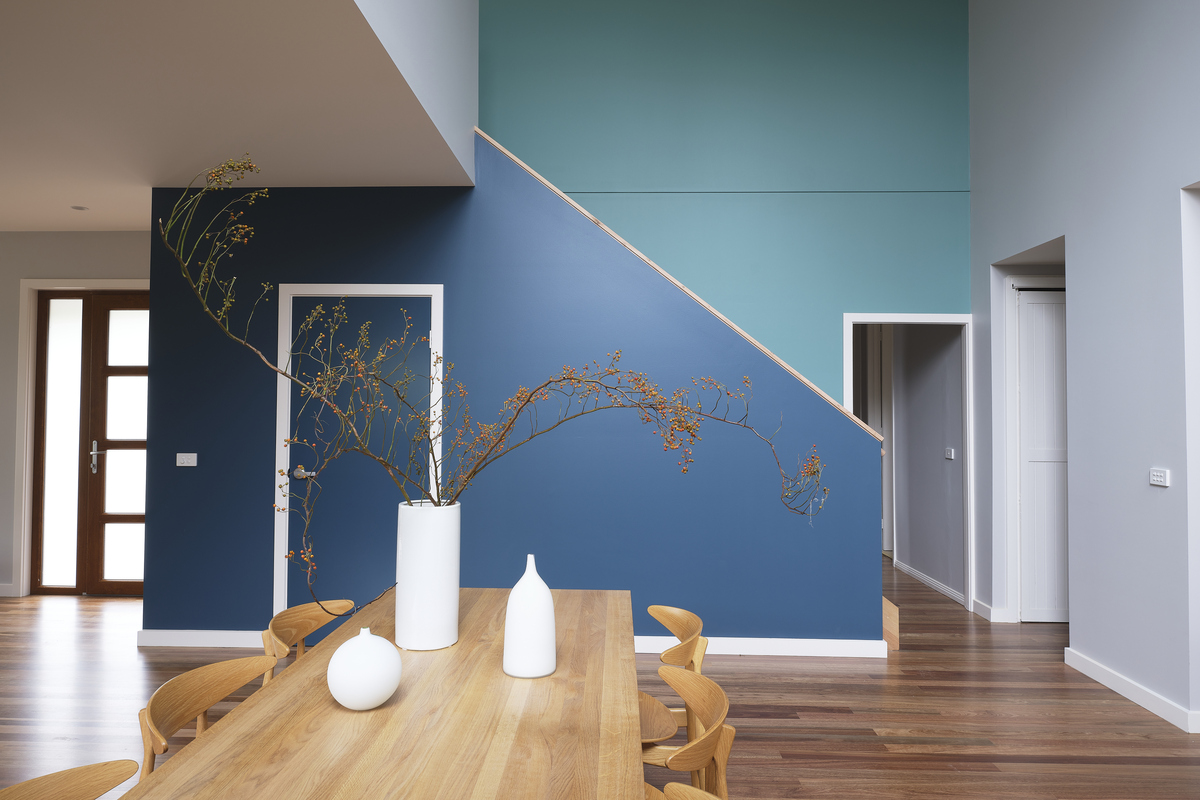 The effect is a new living space flooded with natural light which also feels larger than its physical footprint due to the generous volume afforded by the double-height space. The new living space connects with the garden and surrounds and has its own sense of character and style. 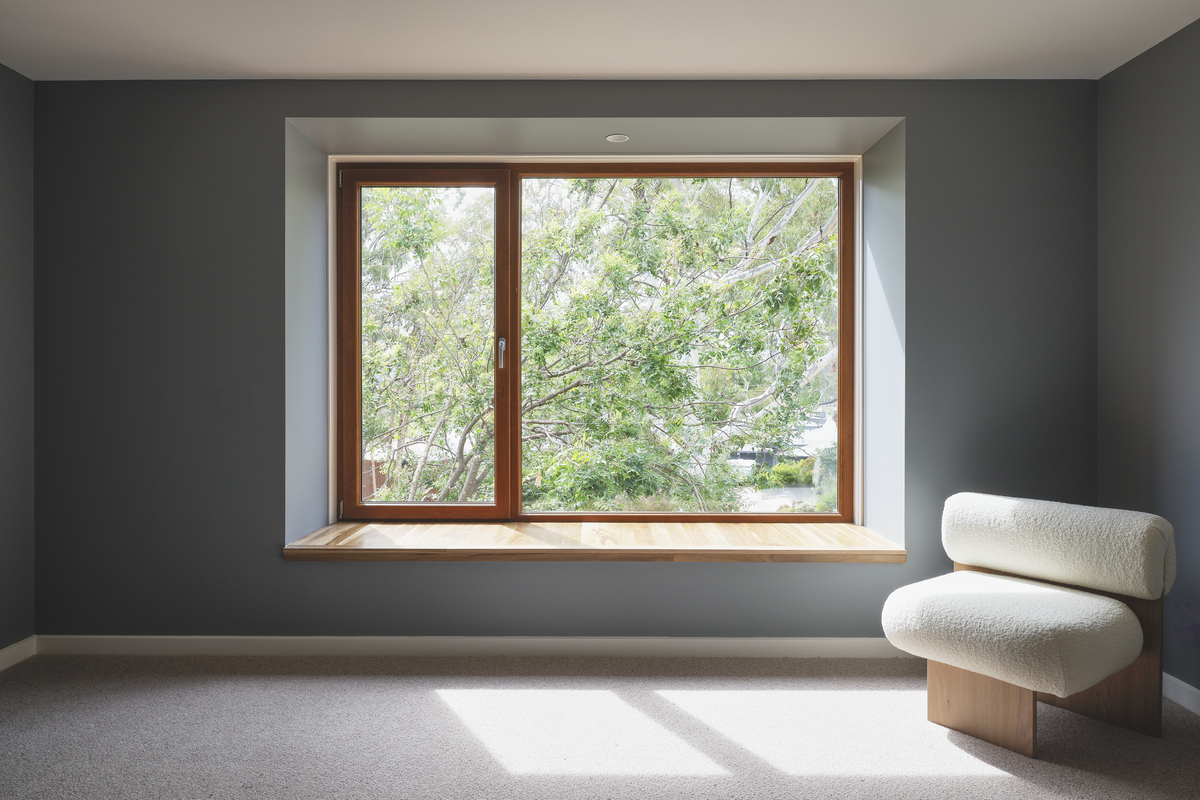 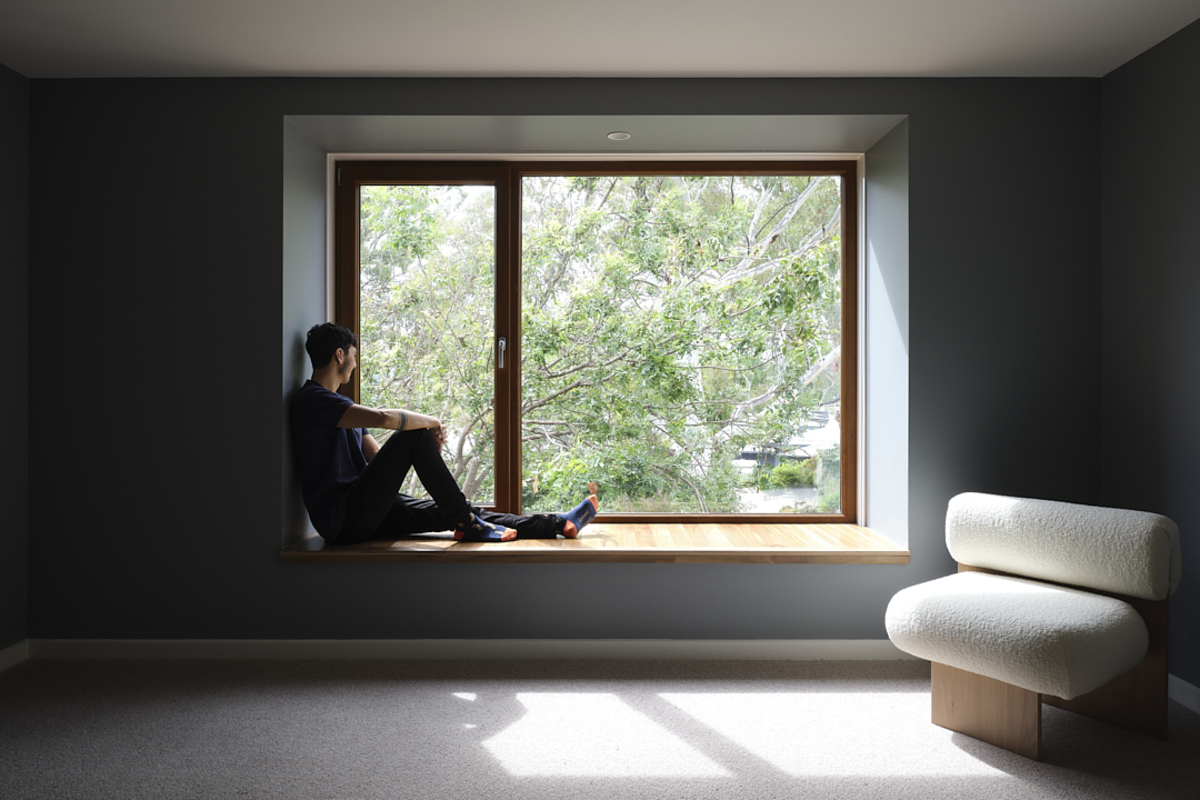 The client's love of colour shines through, with bold blues enlivening the living space and moody greys upstairs creating an intimate main bedroom space that focuses your attention on the lush green treetops outside. 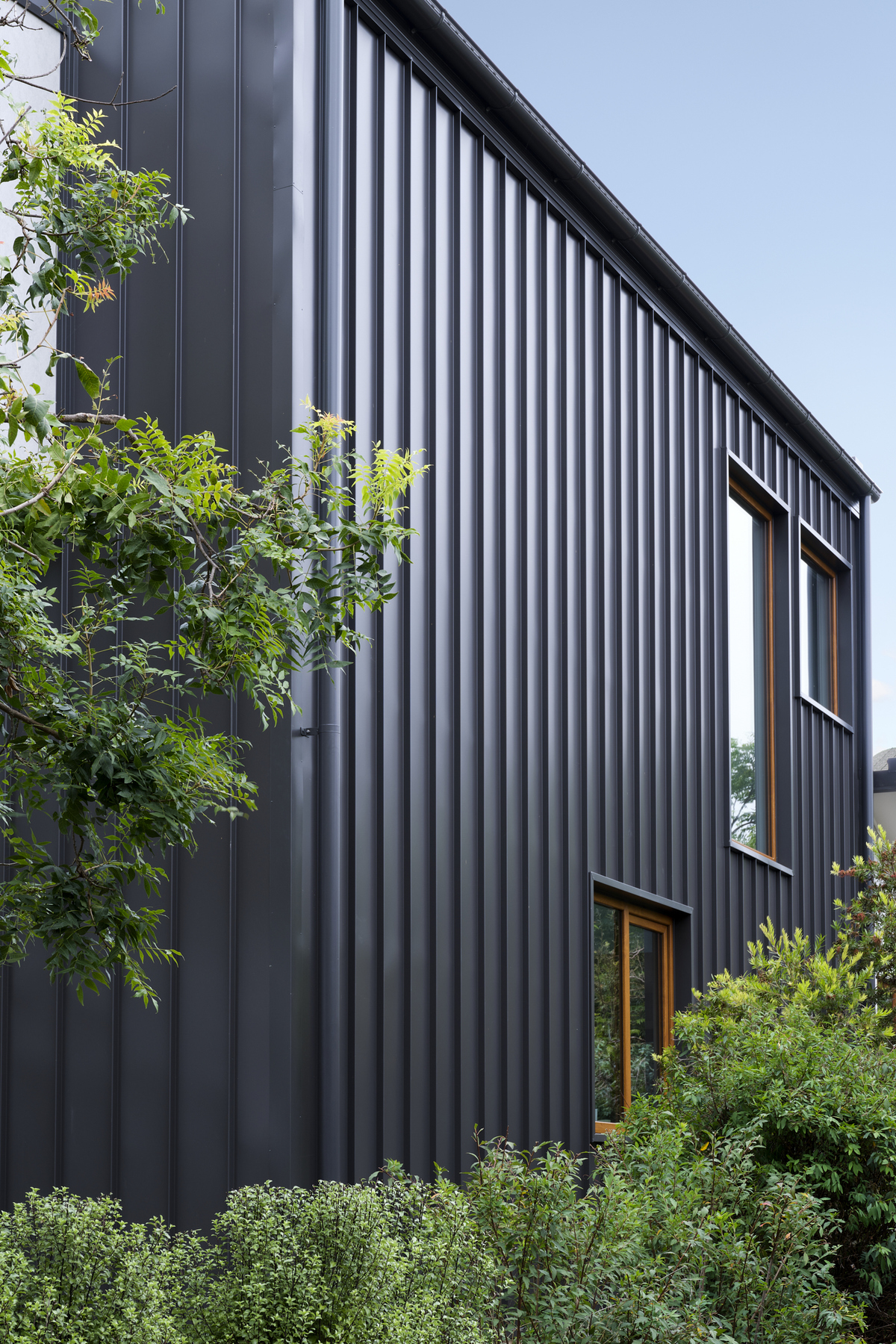 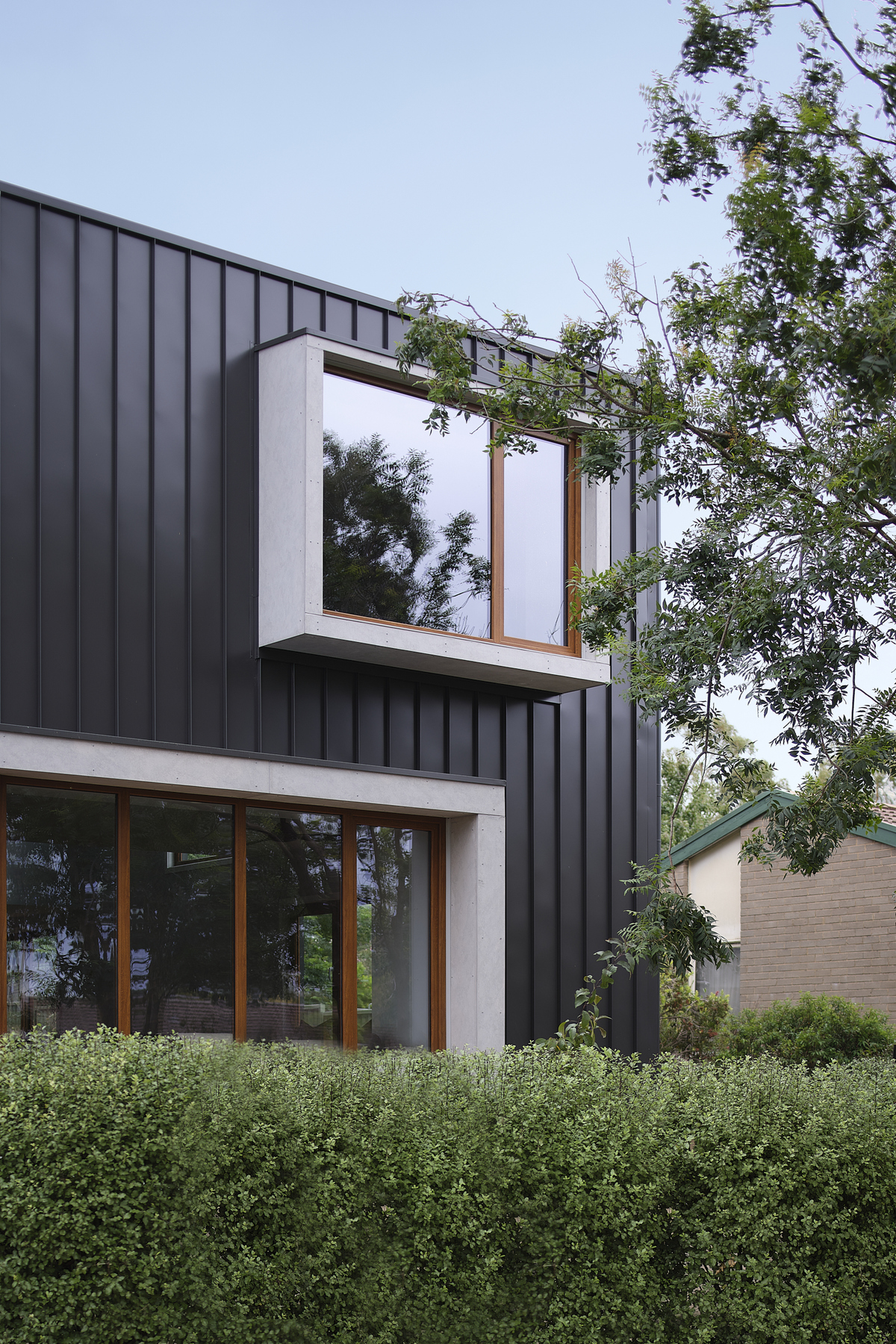 Another benefit of retaining the existing roofline is the new roof was able to be connected to the existing rainwater collection for onsite water storage and reuse. Double glazed windows have been used to improve the thermal performance of the home and new insulation installed throughout, making the new home much more energy-efficient and comfortable year-round. 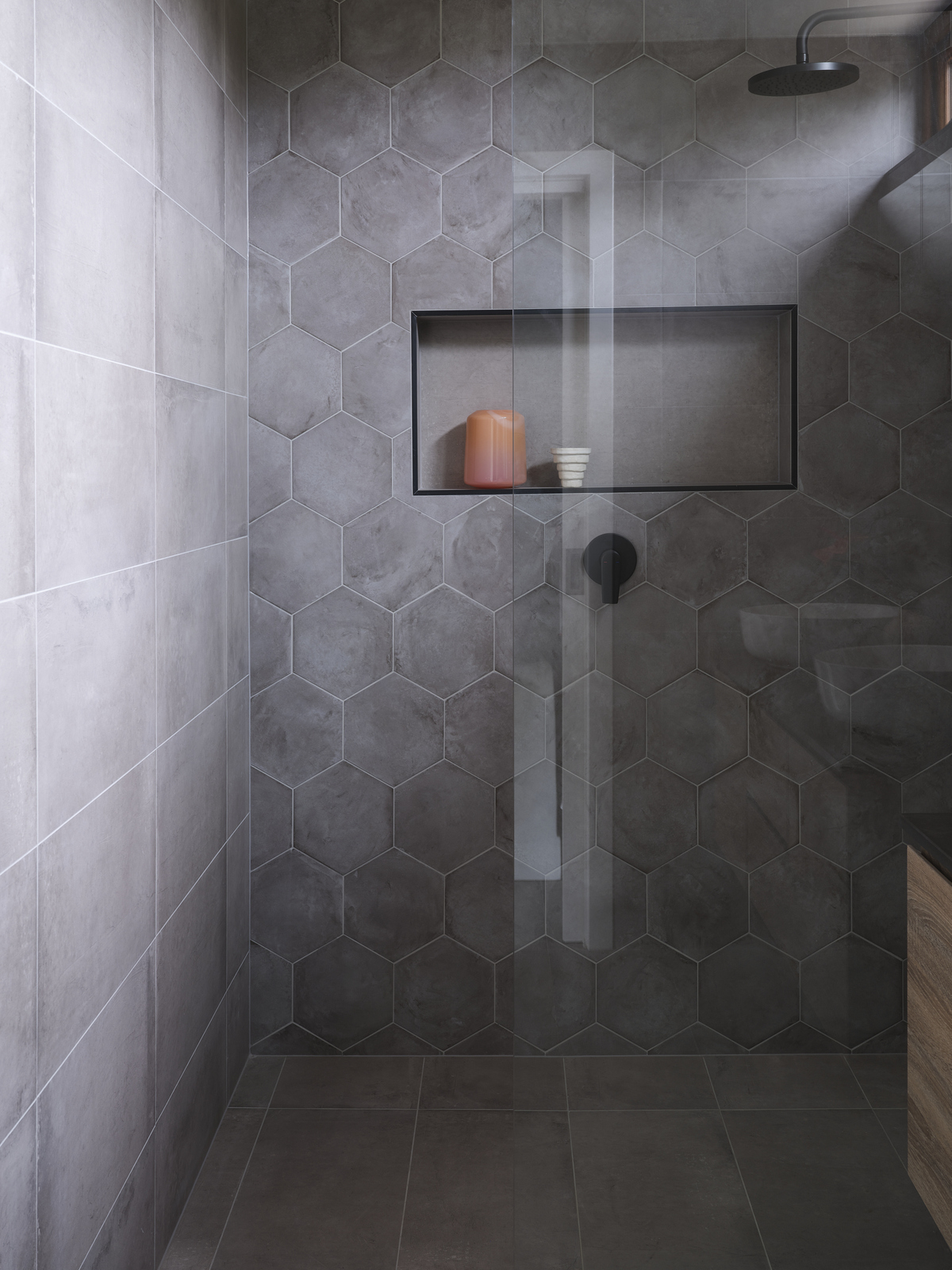 Rather than an addition that feels merely supplementary, this addition has completely rethought the way the home feels and functions while also retaining as much of the original home's DNA as possible. Meta-Morphology is an evolution, not a revolution; an revision, not an addition. 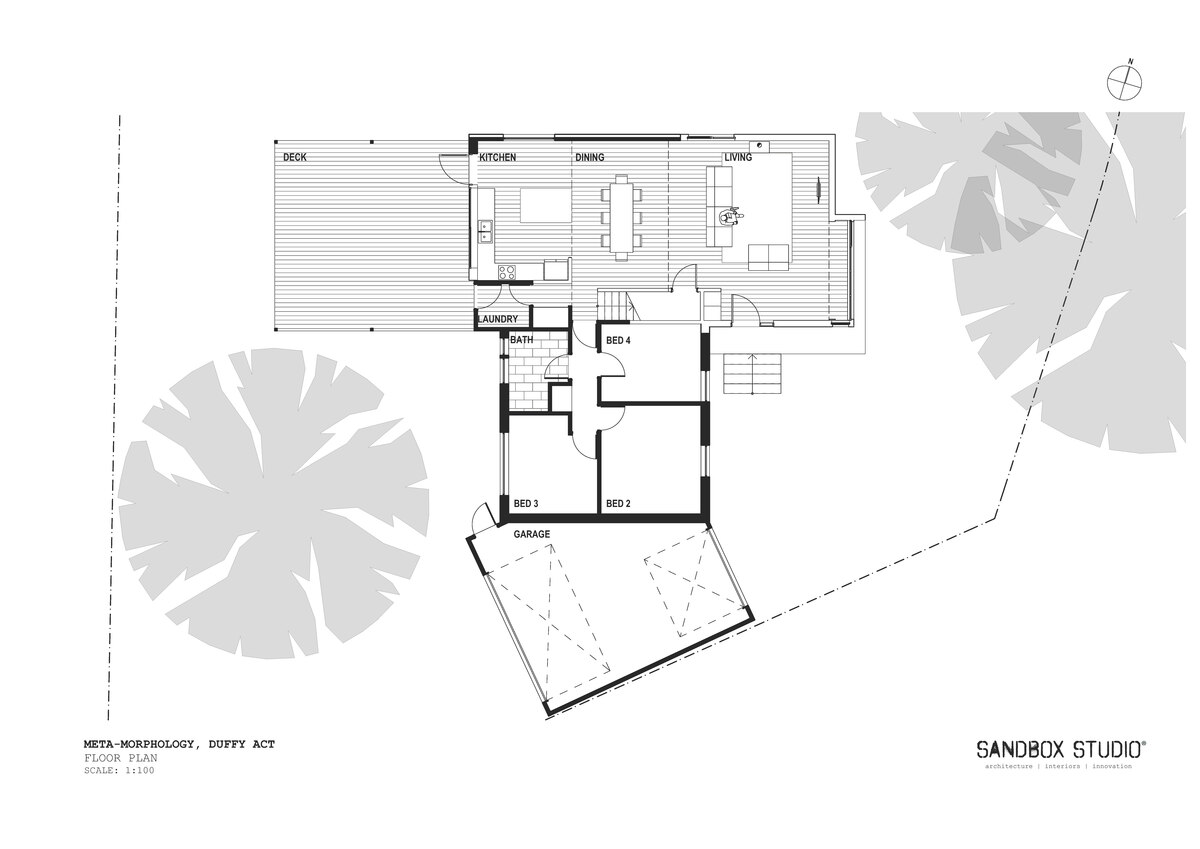 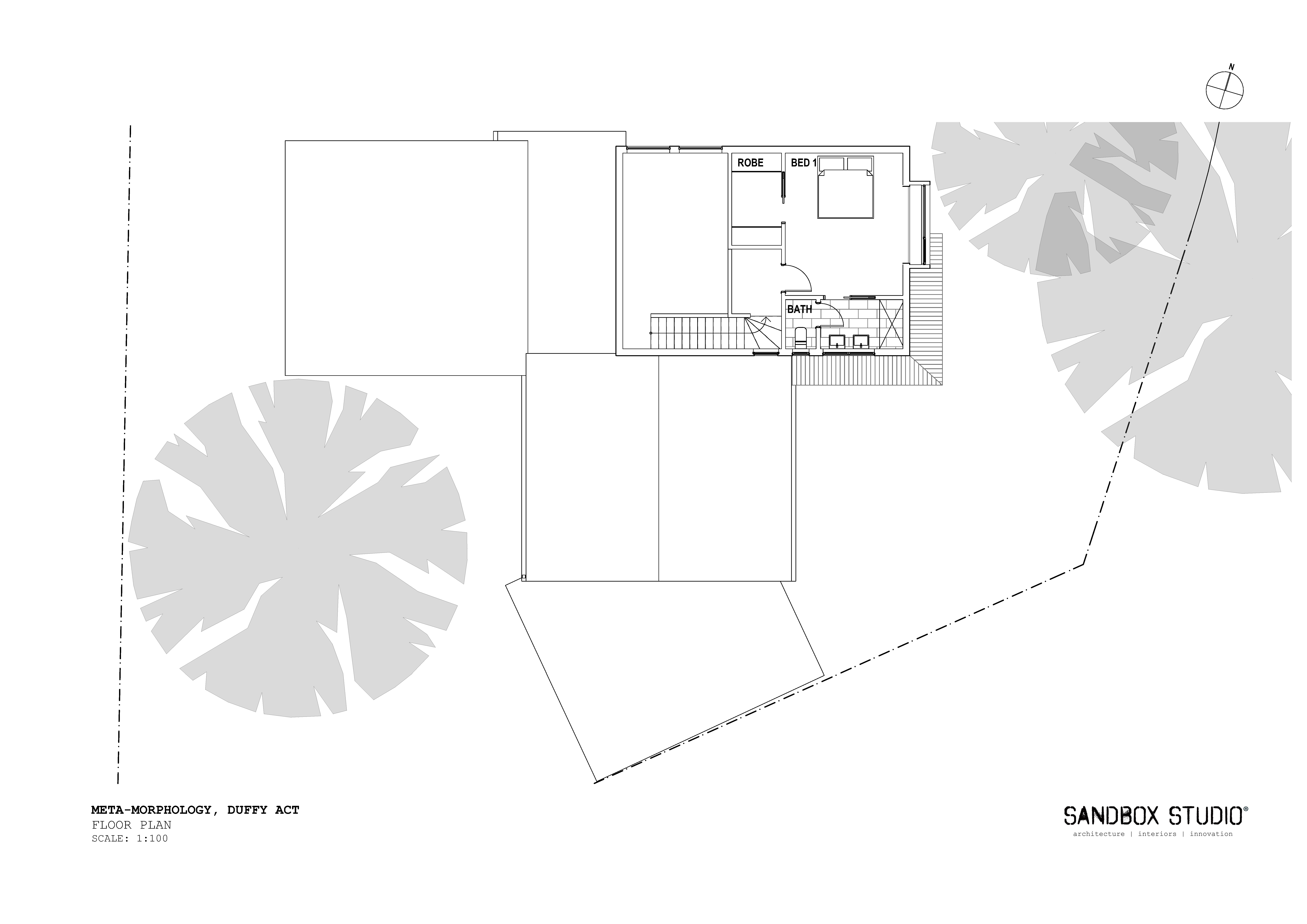