From 'a Labyrinth of Purples and Yellows' to... This!

As Megowan Architectural explains, the interior of this home was originally "a labyrinth of purples and yellows that even a die-hard LA Lakers fan would struggle to appreciate." But after removing walls and opening up both the internal space and to the outdoors, this home is virtually unrecognisable... 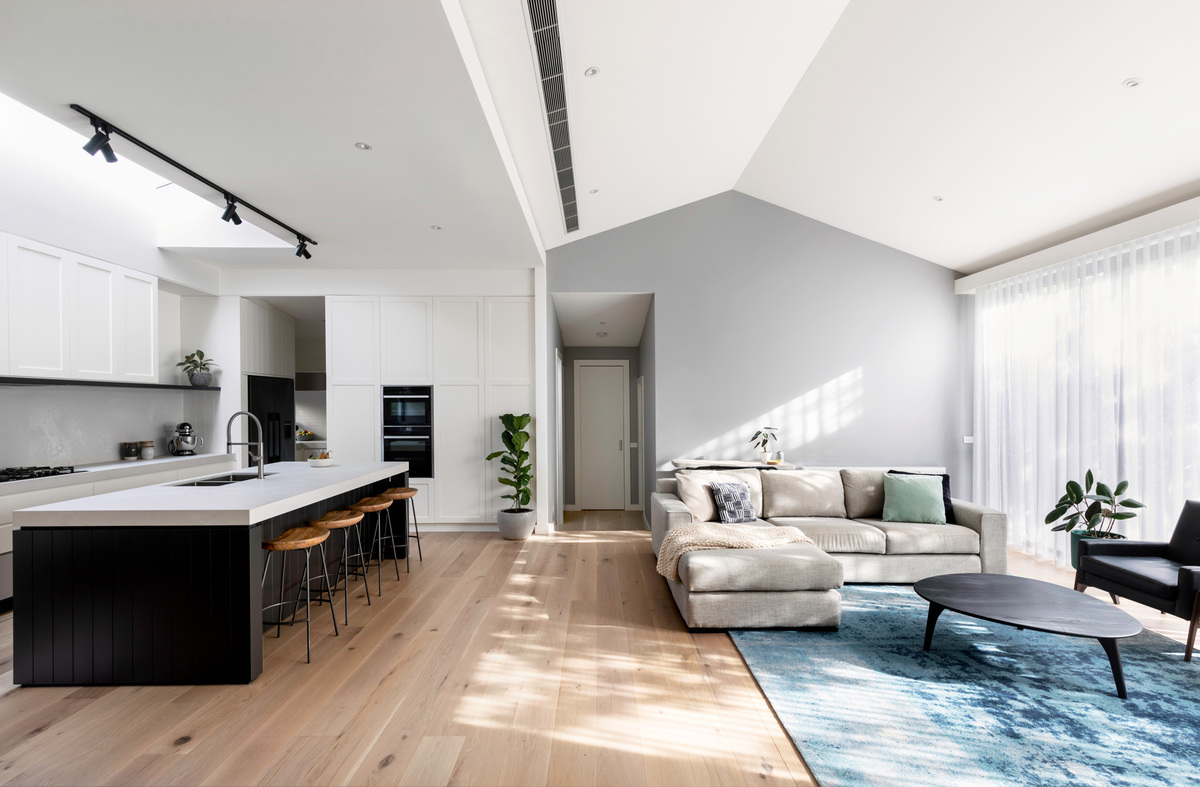 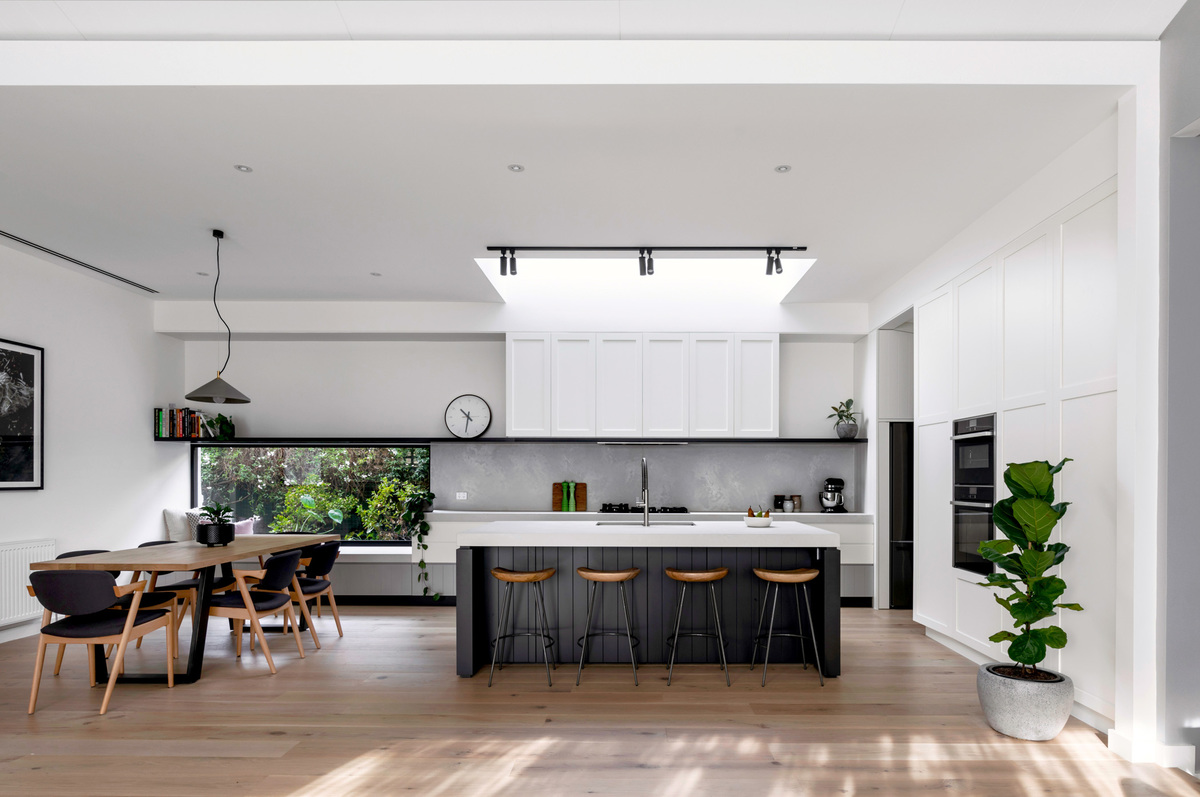 The Edwardian-era home in bayside Brighton East is owned by a young couple and while the original exterior features were intact and it had a great corner site, the interior was confused and gaudy. The owners wanted a complete overhaul to transform their house into a modern, light-filled home. 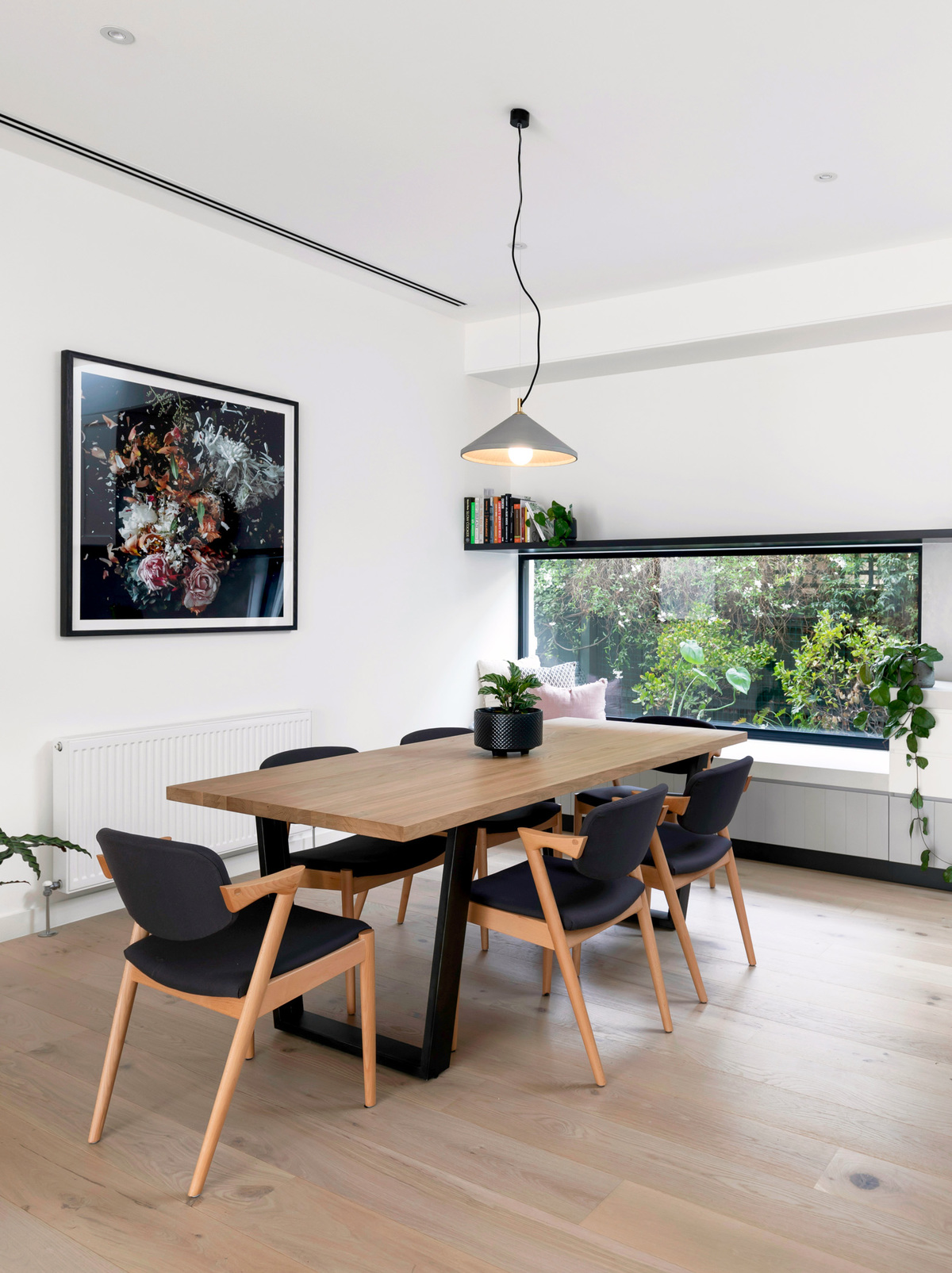 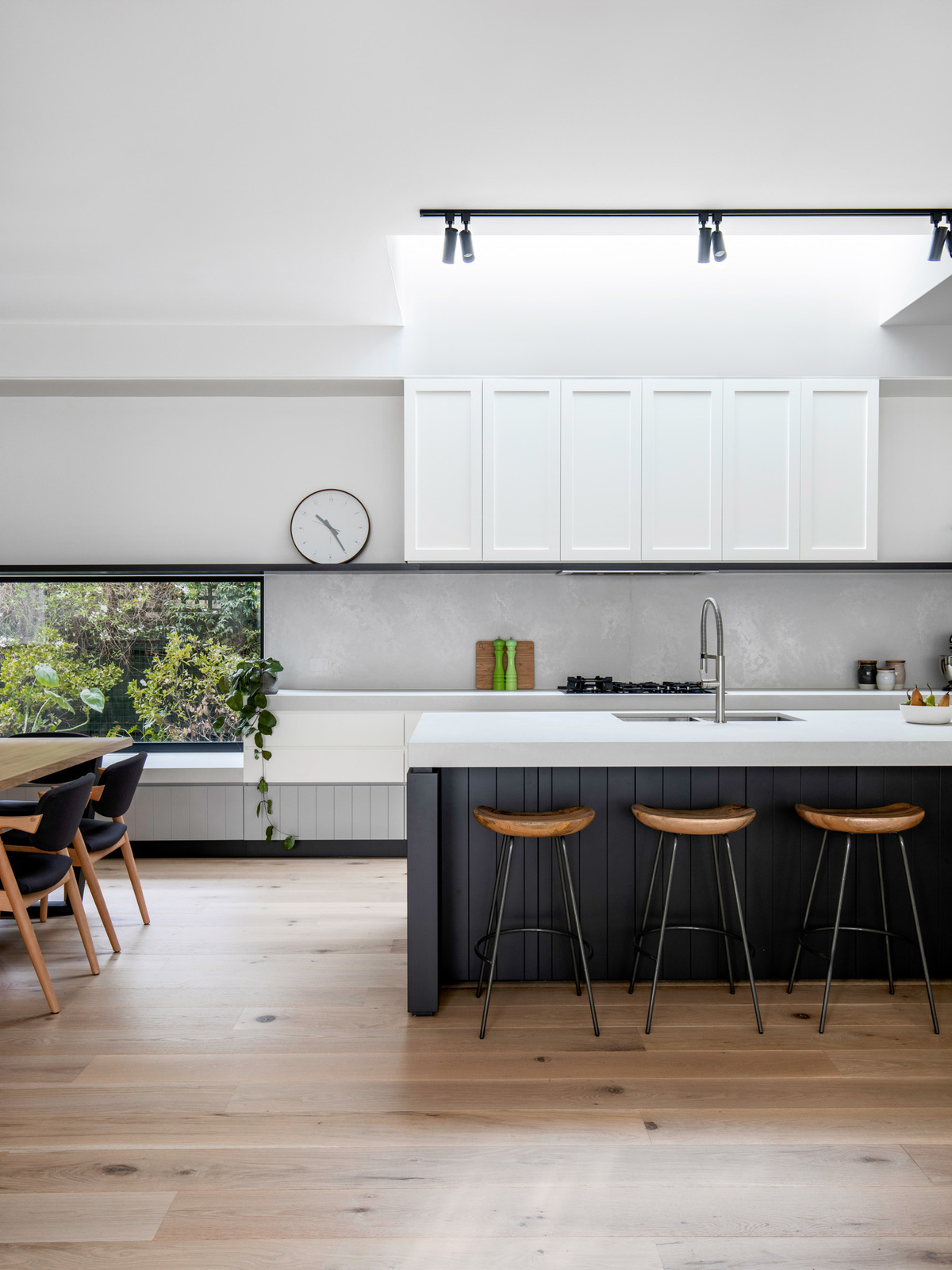 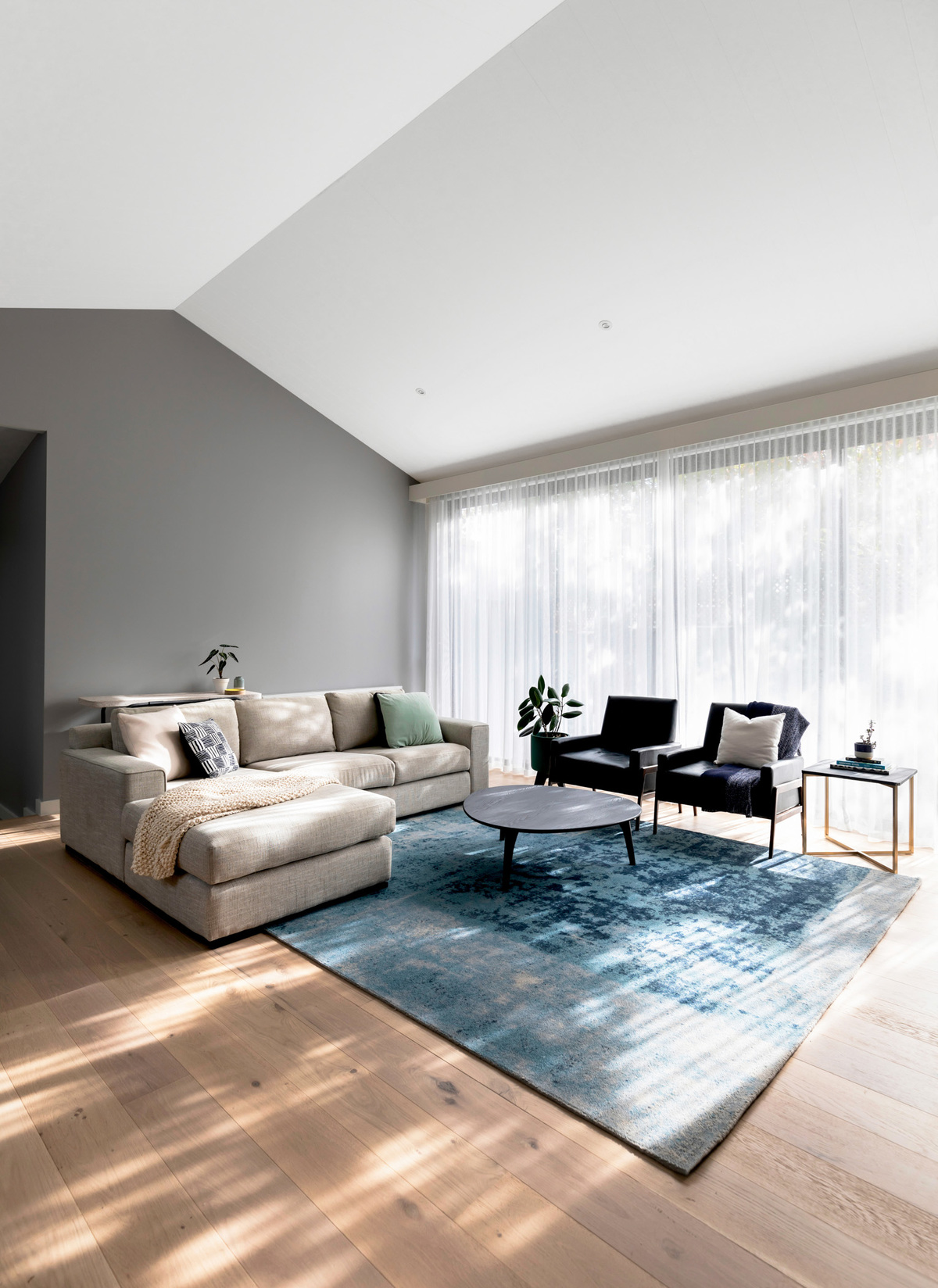 But it was at the rear of the property where they had the biggest impact. The original footprint of the home was retained, but all of the interior walls were removed to create a large open-plan living space. A claustrophobic kitchen, sitting area, study and bathroom were combined to create one large space. 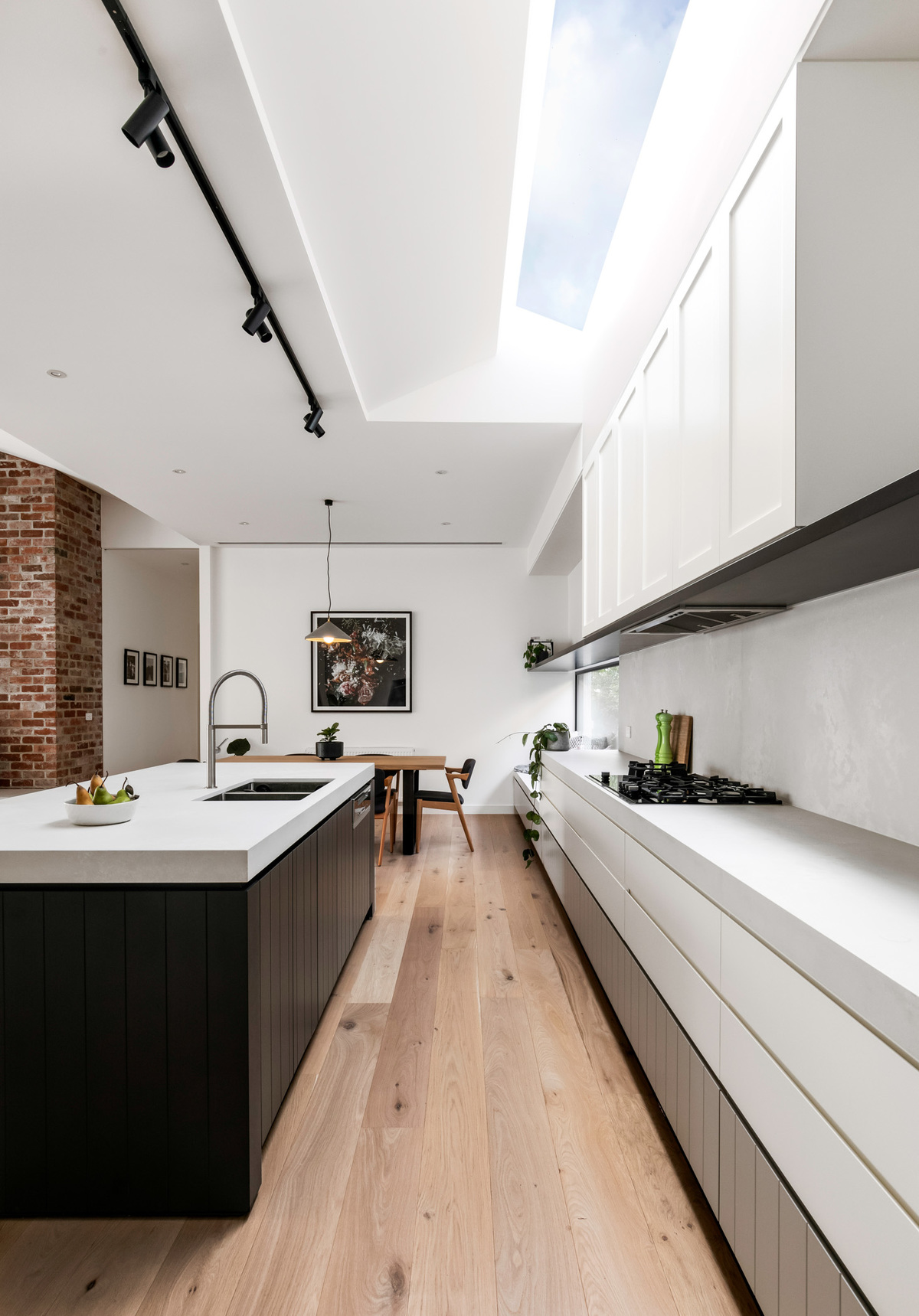 A new large opening was also created to the north. Now a four-panel sliding door allows the living space to open onto a deck and garden as well as bathing the home in natural light. Skylights in the kitchen, bathroom and laundry bring even more light into the home. 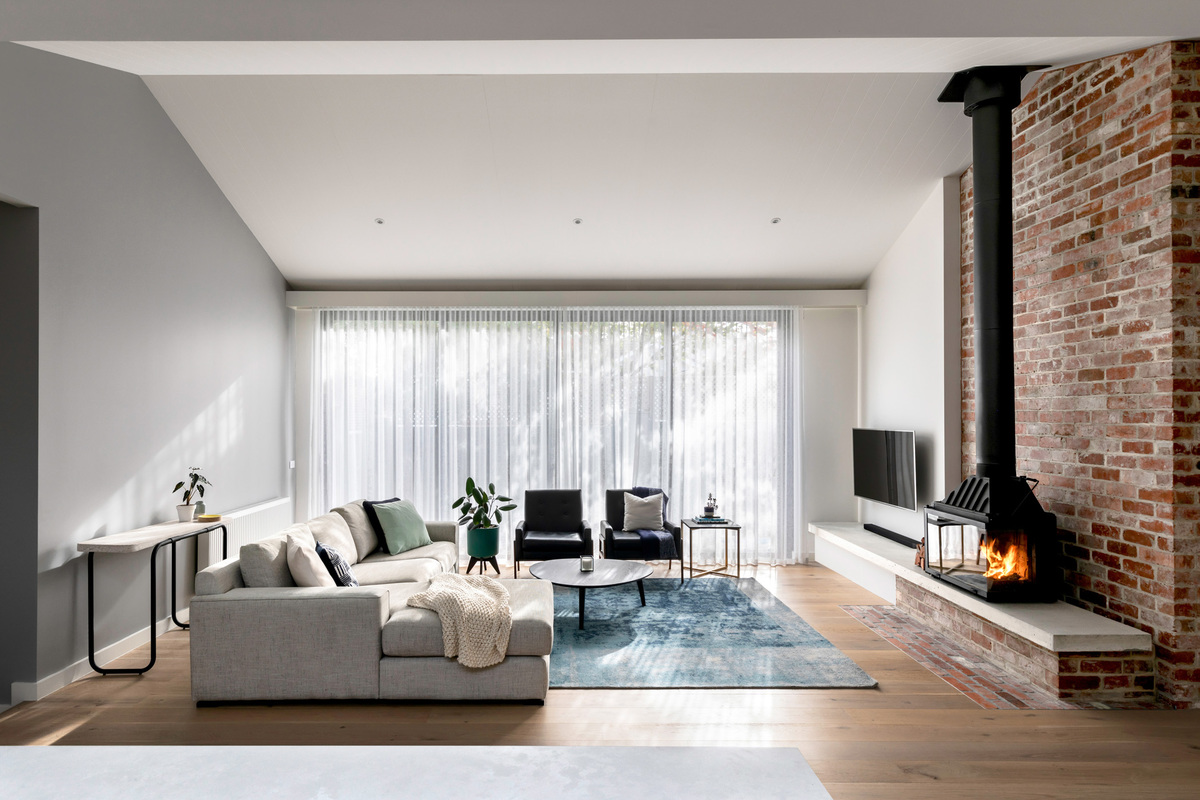 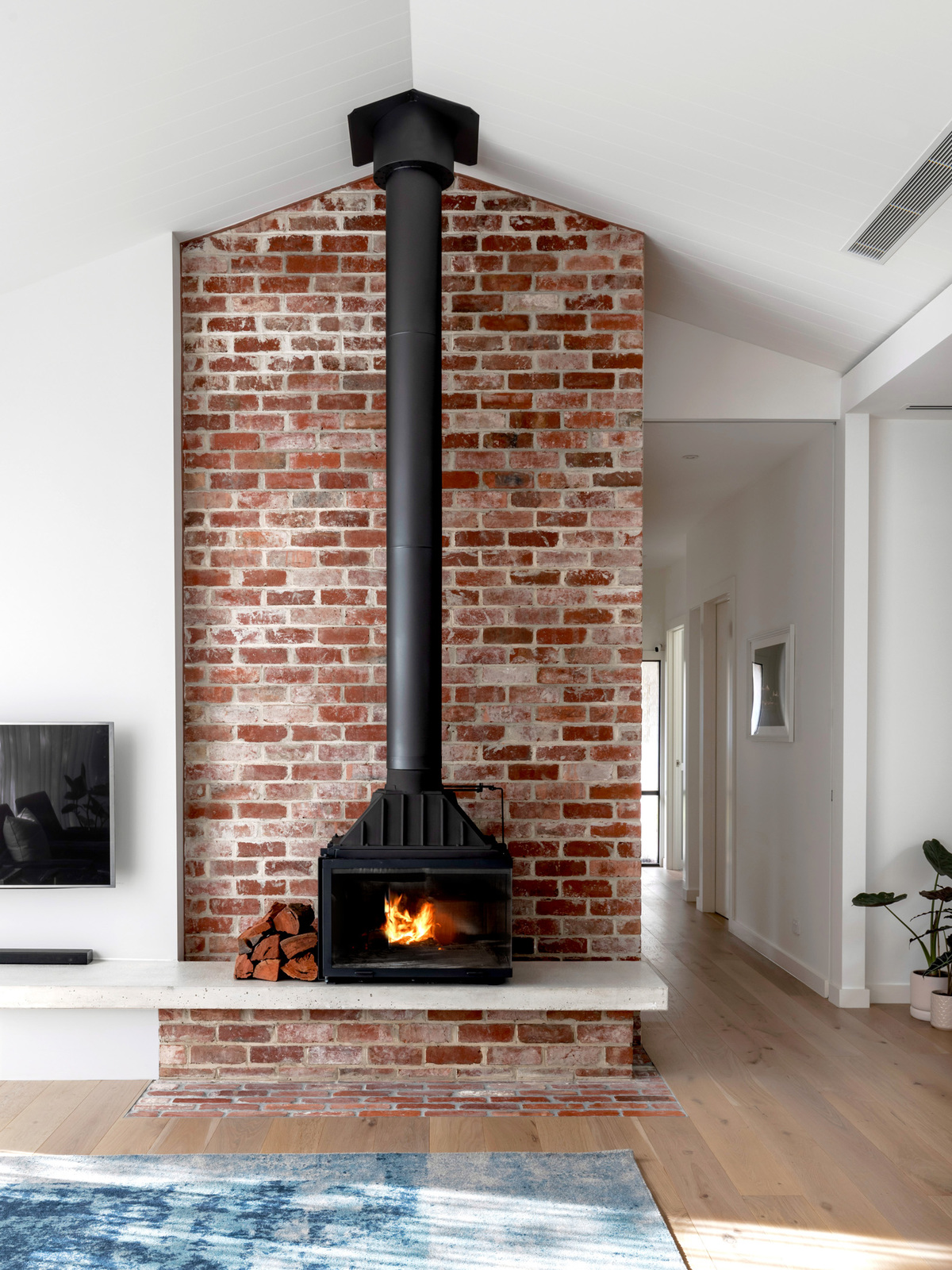 To maximise the sense of space and light, a vaulted ceiling over the living area expands the internal volume. Punctuating the new living space is a freestanding Cheminees Philippe fireplace on a concrete and brick plinth. Bricks were salvaged from the demolition works and create a feature wall full of history. The bonus is they also absorb heat from the fireplace and help to moderate the internal temperature. The architect explains the floating concrete hearth was nearly cut from the project to save money, but it was such an important element, the architect, builder and client put in some unpaid weekend work to make it happen - what a team! 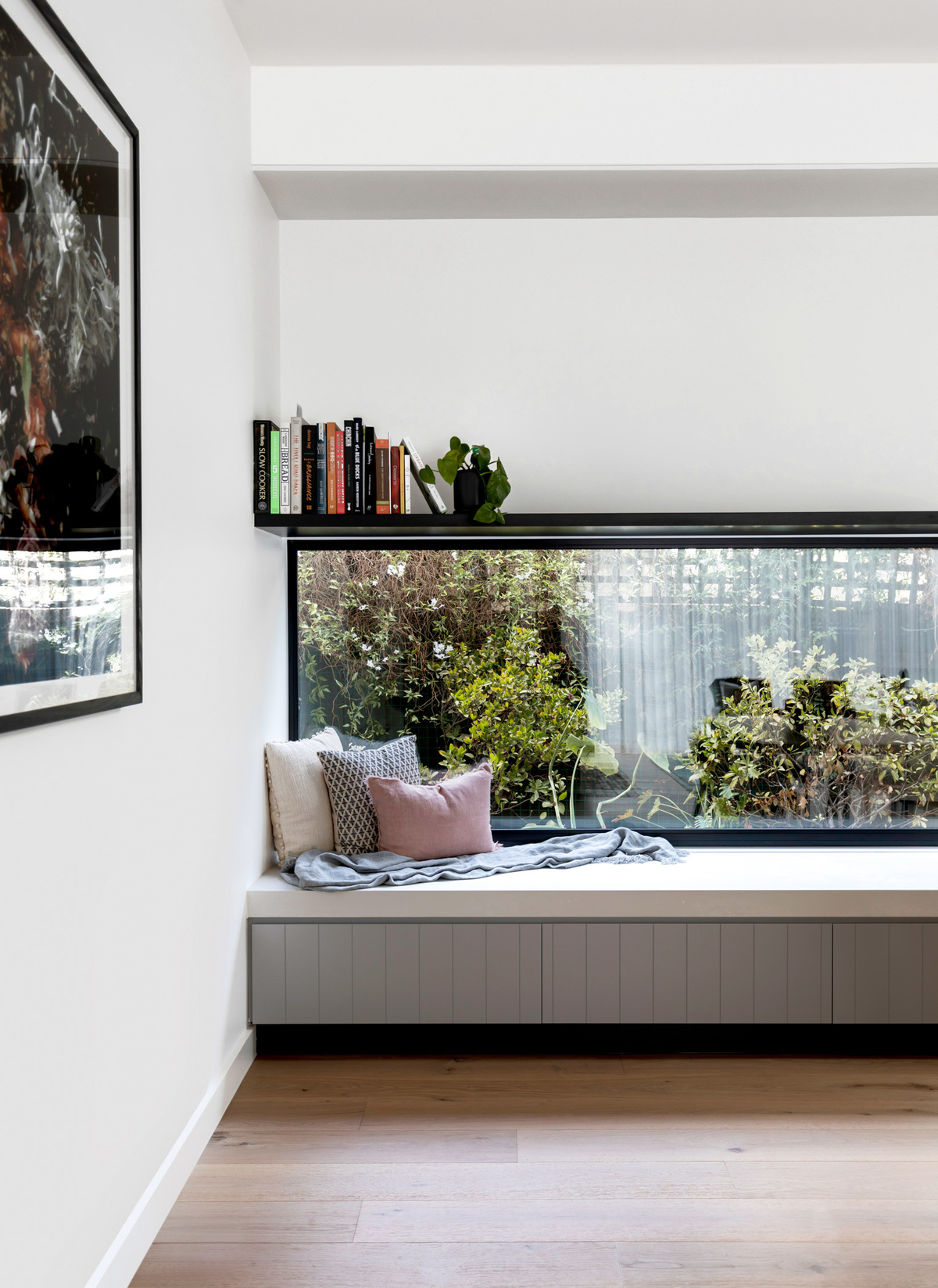 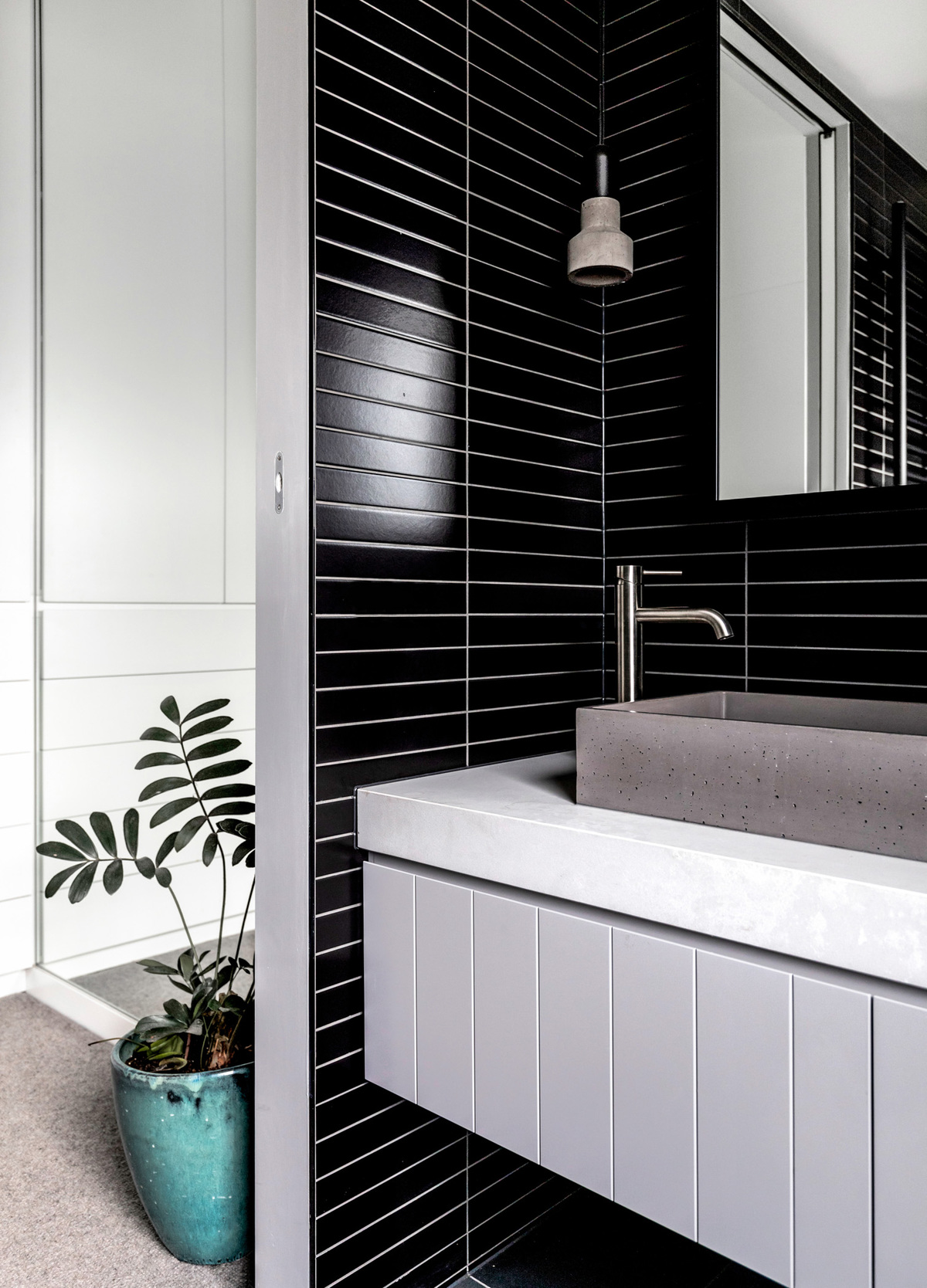 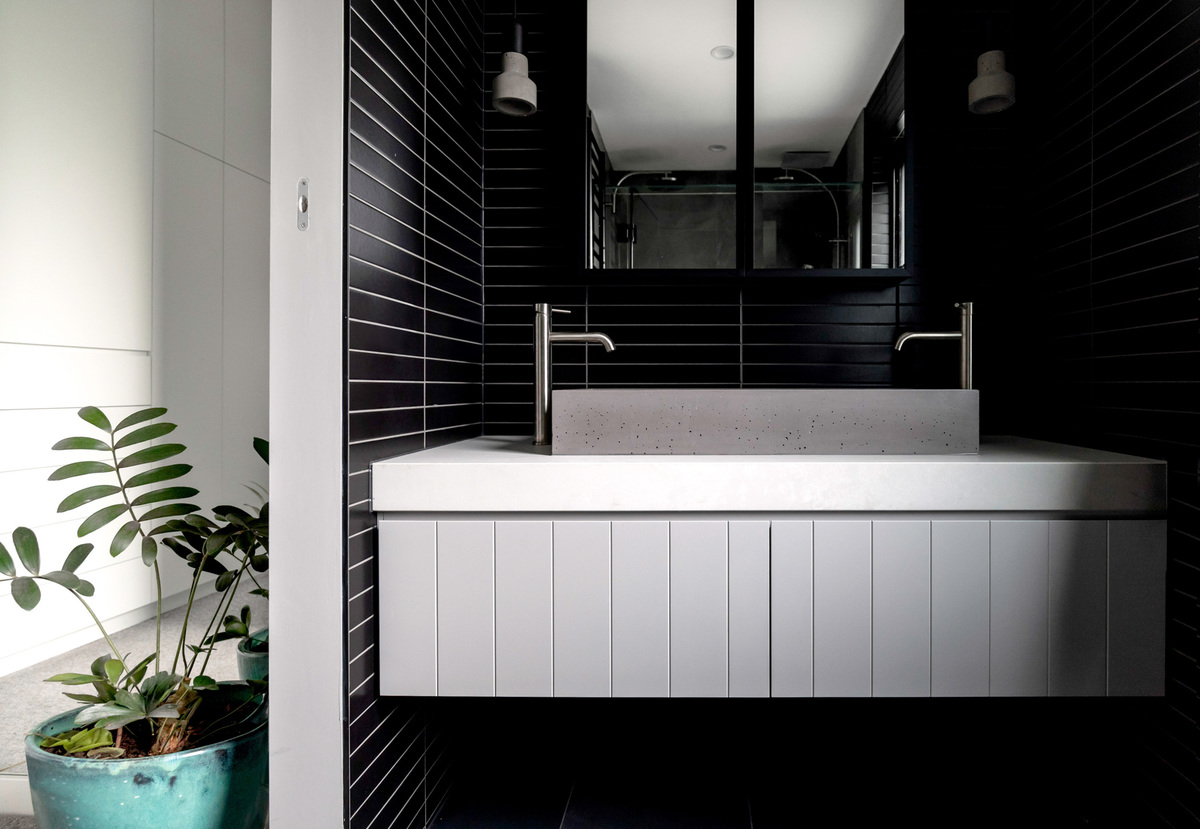 By opening up internal spaces and creating a large opening to the outdoors, this home is barely recognisable from the maze-like series of rooms it once was. Without increasing the size of the home at all, the home nonetheless feels larger, full of light and more functional. It's not about how much space you have, but how effectively it's used. 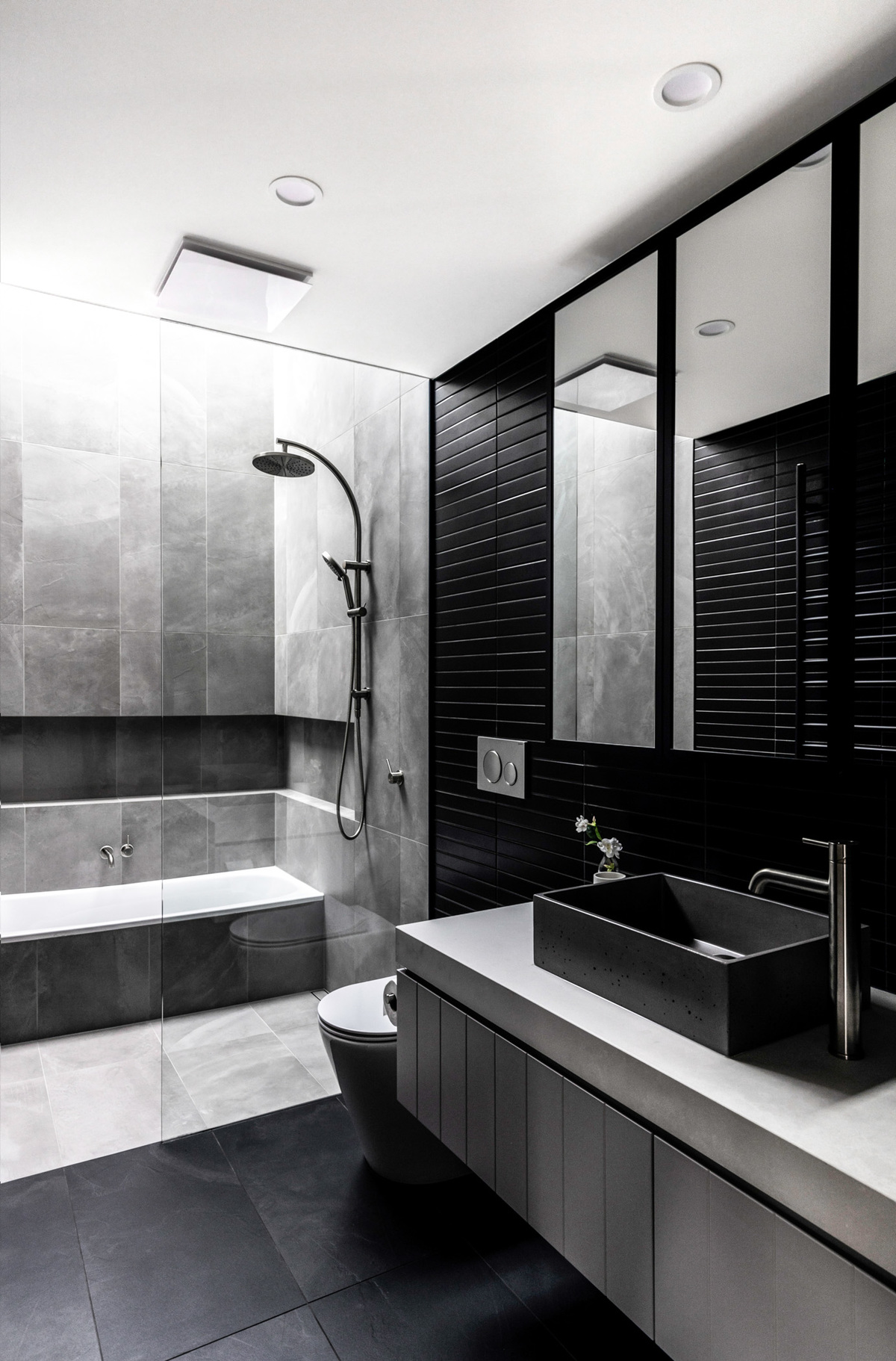 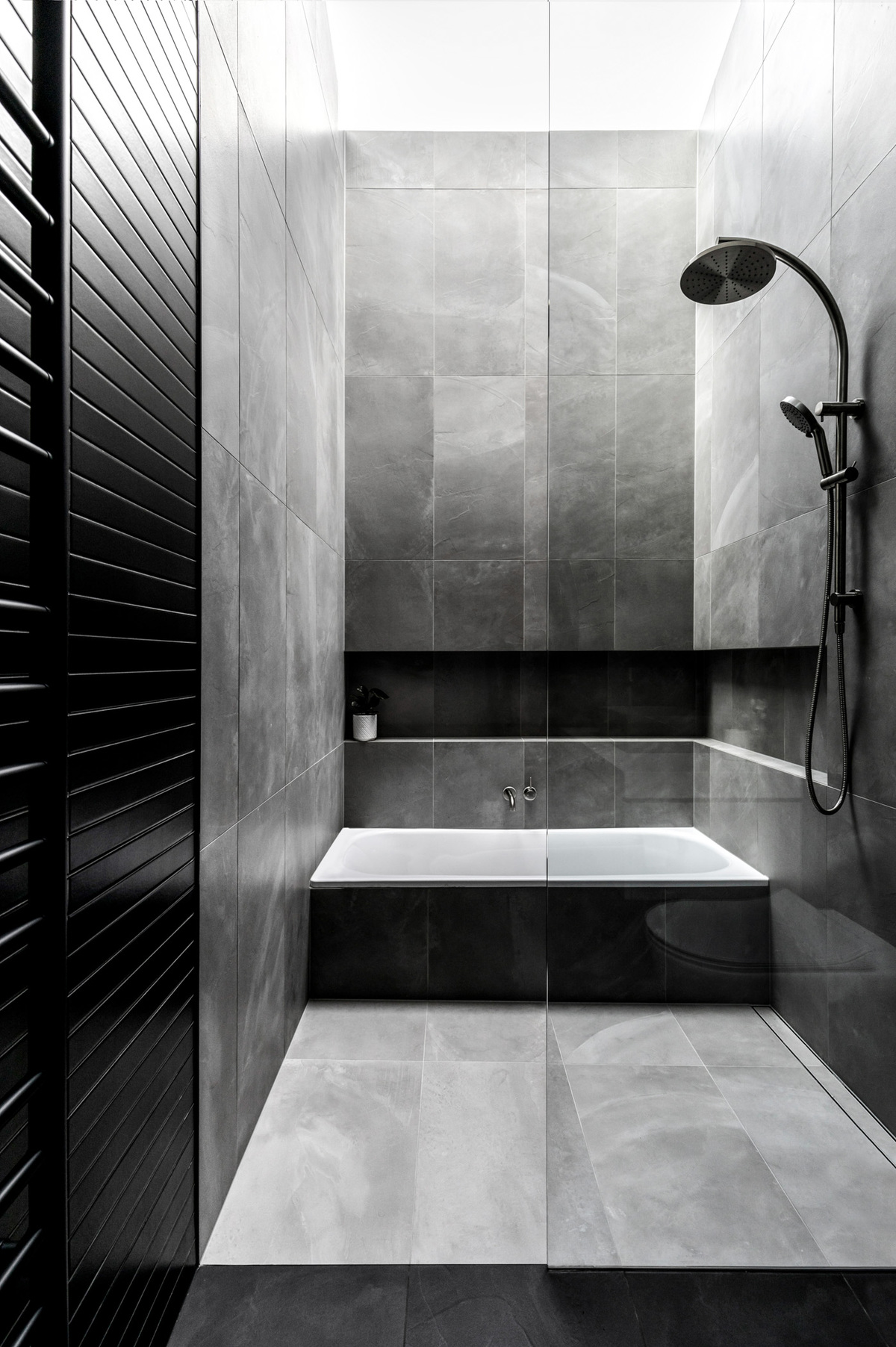 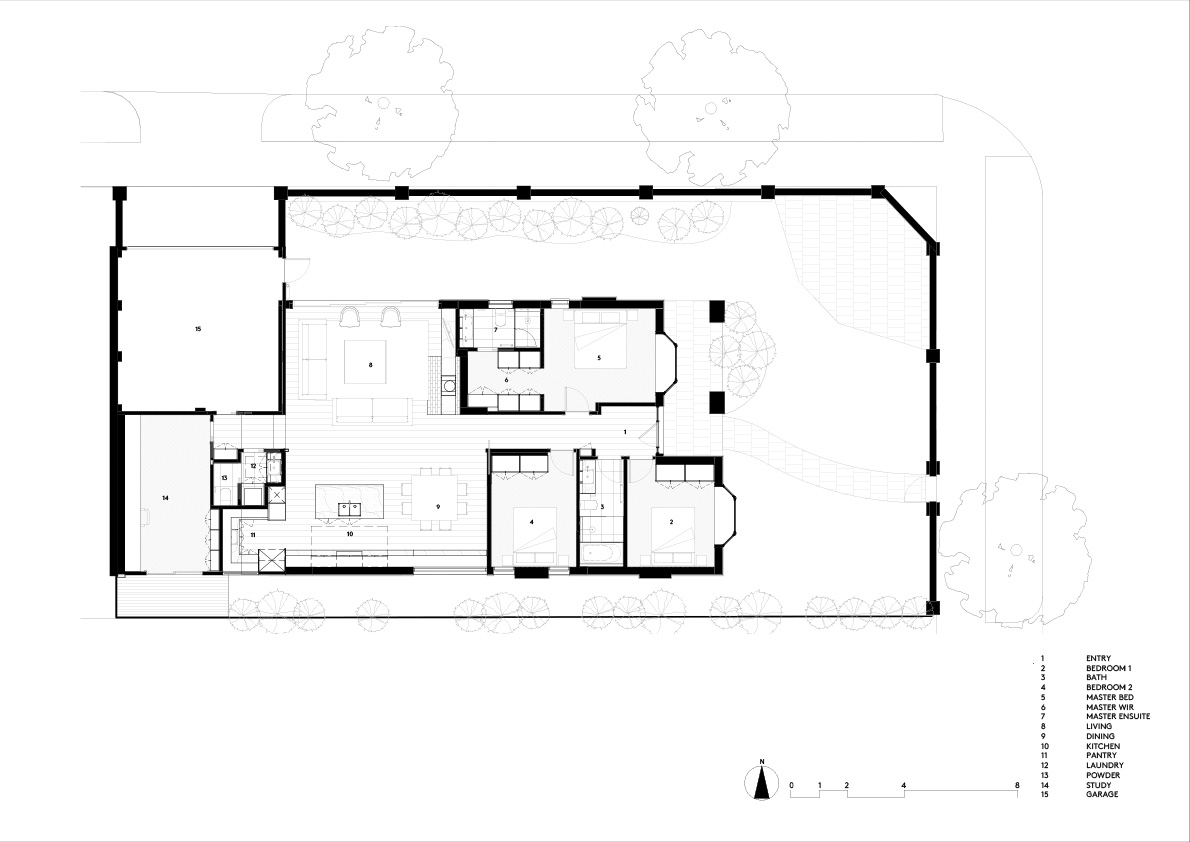 Tell us what you love about Milroy Street...